Art & Culture / Photography / The project championing the creativity of inmates 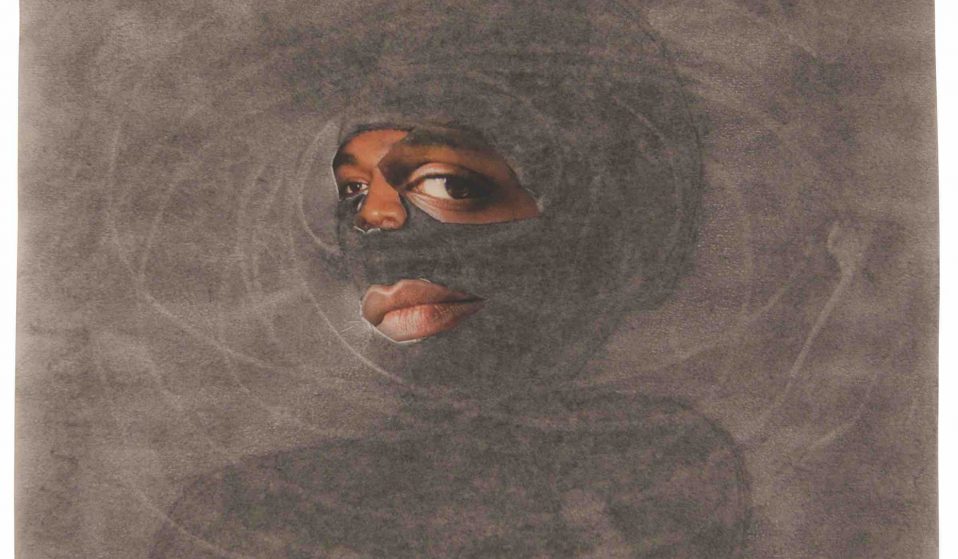 Nicole R. Fleetwood has spent nine years putting together Marking Time, a project aimed at amplifying the creative visions of prison inmates and to help black and latinx communities disproportionally affected by the justice system a place to find comfort.

While more than two million people are currently incarcerated in the United States, Black and Latinx communities are affected disproportionately by the prison industrial complex. For generations, families have been torn apart leaving few untouched by a system that amounts to legalised slavery under the 13th amendment.

Coming of age during the 1980s and early 90s, the subject hit close to home for curator and author Nicole R. Fleetwood. “So many forces coalesced to restructure Black life—our homes, families, institutions, neighbourhoods. I felt like my community was under siege,” she says, “As a teenager, I worried all the time about people I knew—that they would end up jobless, on crack, in prison.”

“I remember the horror of younger people going to prison for longer periods of time. It was collectively traumatising. There are now tens of thousands of middle-aged people in prison who have been there for decades, sentenced as teenagers.” 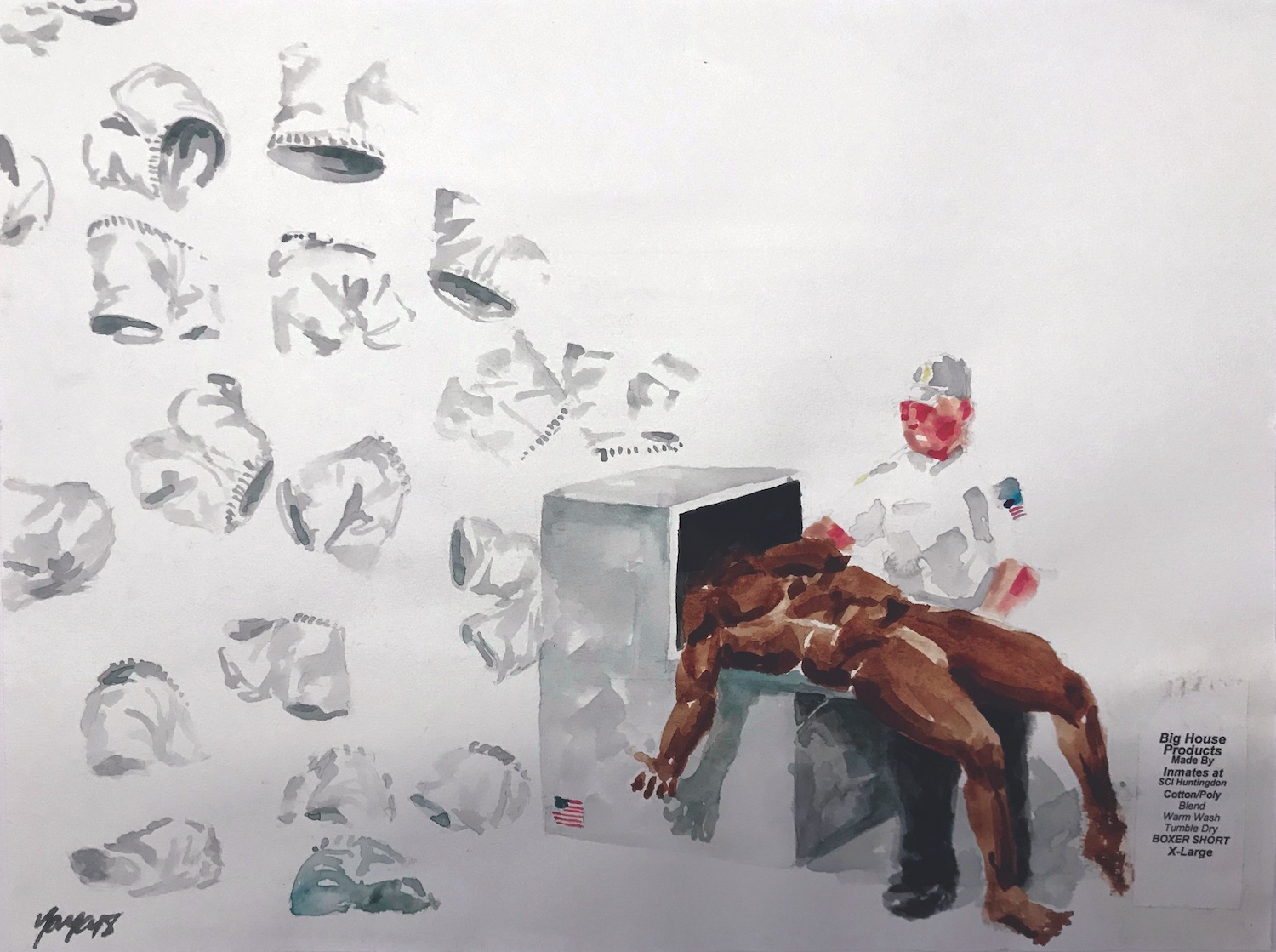 The seeds for Fleetwood’s book Marking Time: Art in the Age of Mass Incarceration (Harvard University Press) and exhibition of the same name were planted while visiting her cousin Allen, imprisoned in Ohio between 1994 and 2015.

“Those visits were hard. We were happy to see each other but we also felt forced to perform joviality when all around us were signs of imprisonment,” Fleetwood says.

“I grew curious about the visiting room. I noticed the artwork on display. We would end each visit by taking a photo against a backdrop painted by imprisoned artists. The backdrops first caught my attention, then the role of the incarcerated photographer who took our picture.”

“Allen also would send home handmade greeting cards and drawings he had commissioned. I became fascinated by the visual culture and art practices taking place in prison.”

Fleetwood began displaying photos of incarcerated relatives in her home as a means to bring them into her daily life and in 2012, she gave a presentation speaking about her family in prison and the visual records of their lives. After the talk, people in the audience began to share their own experiences with Fleetwood and the emotional challenges they faced discussing these experiences in public. 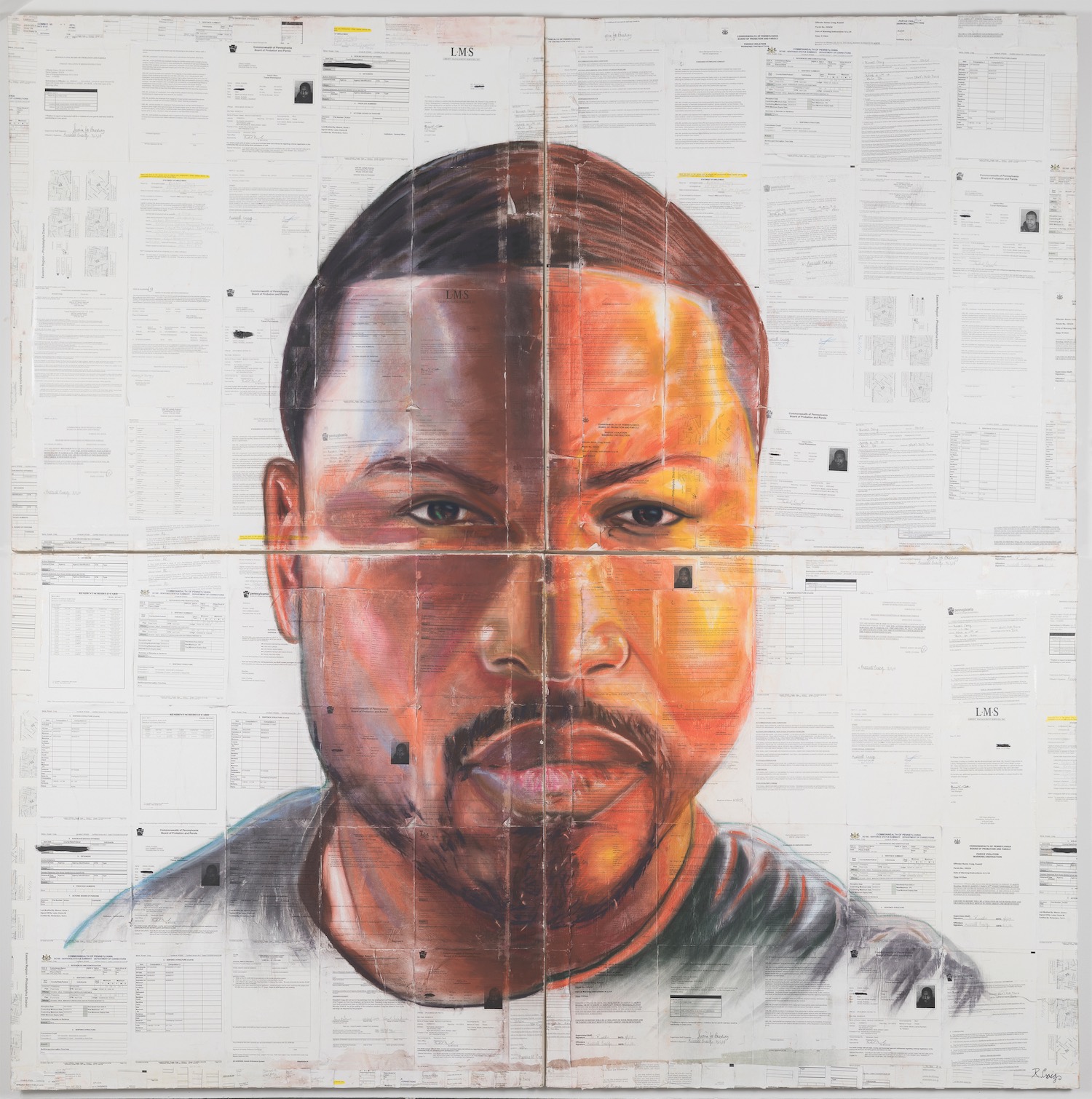 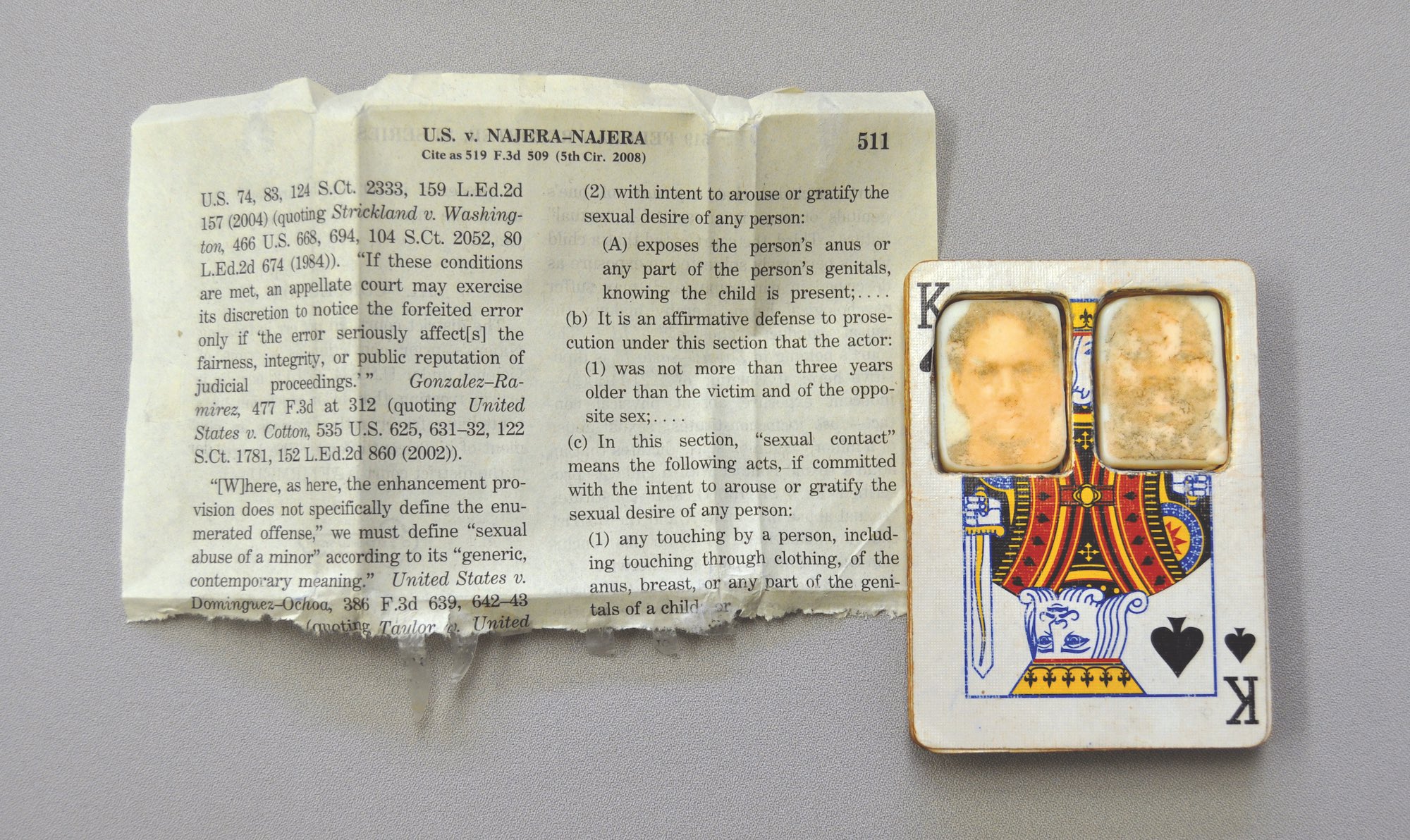 Recognising the need for communal healing, Fleetwood discovered a space for solidarity that lay underneath the grief and rage. Over the next nine years, she would create Marking Time, an extraordinary study of art in prison life drawn from interviews, site visits, personal collections, institutional archives, and family narratives.

“Marking Time is about amplifying the creativity and the aesthetic visions of people who have been rendered not only disposable but as people who deserve to be punished and stripped of everything, including their most intimate relations,” Fleetwood says.

“Dominant society too easily accepts the logic of carceral divides that keep a significant population incapacitated, caged and warehoused far from their communities, loved ones, and networks of care. We are at a moment when these issues are gaining traction. We have to stay vigilant and keep pushing. We can’t let power holders neutralise the demands of abolitionists.” 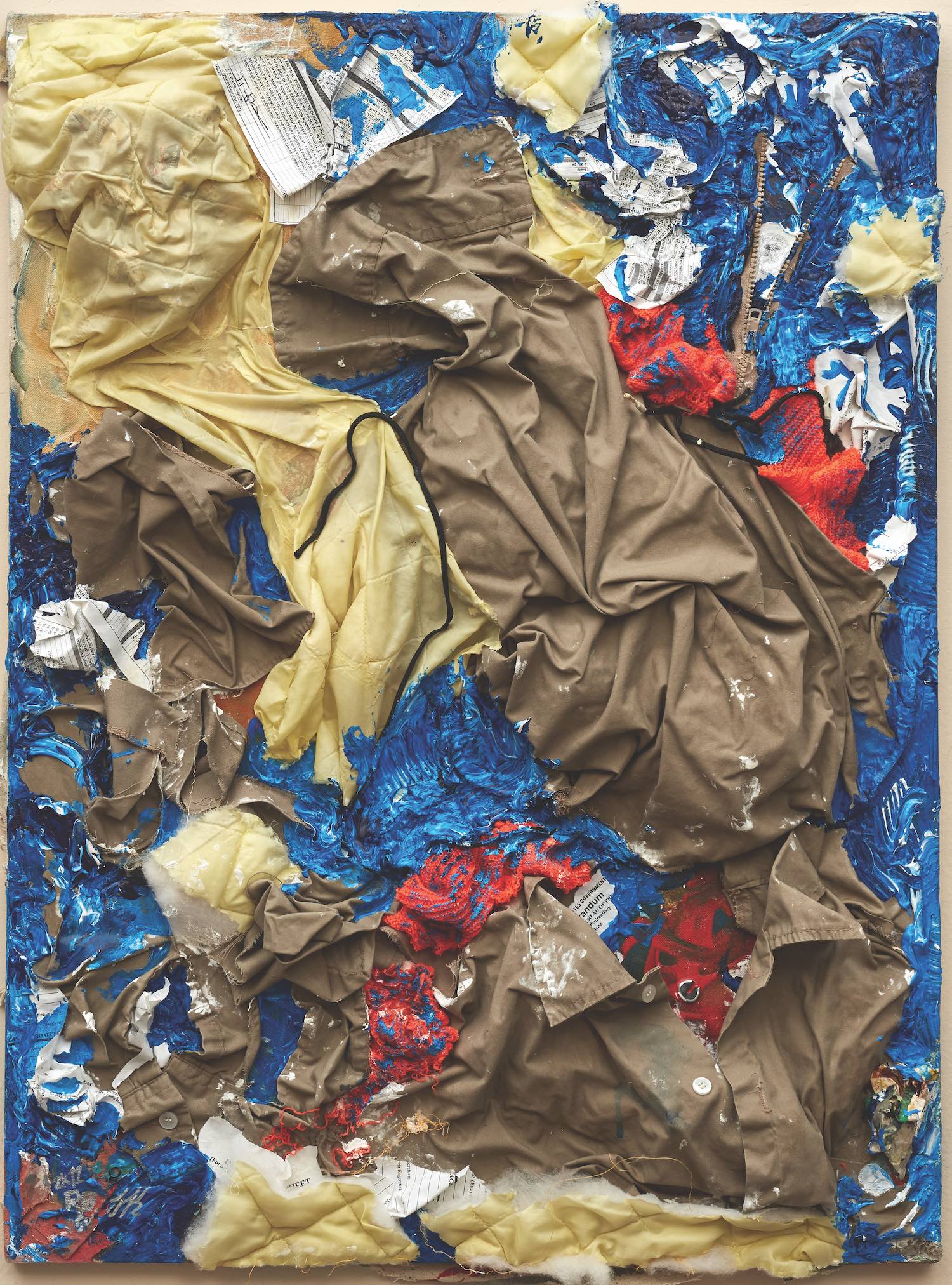 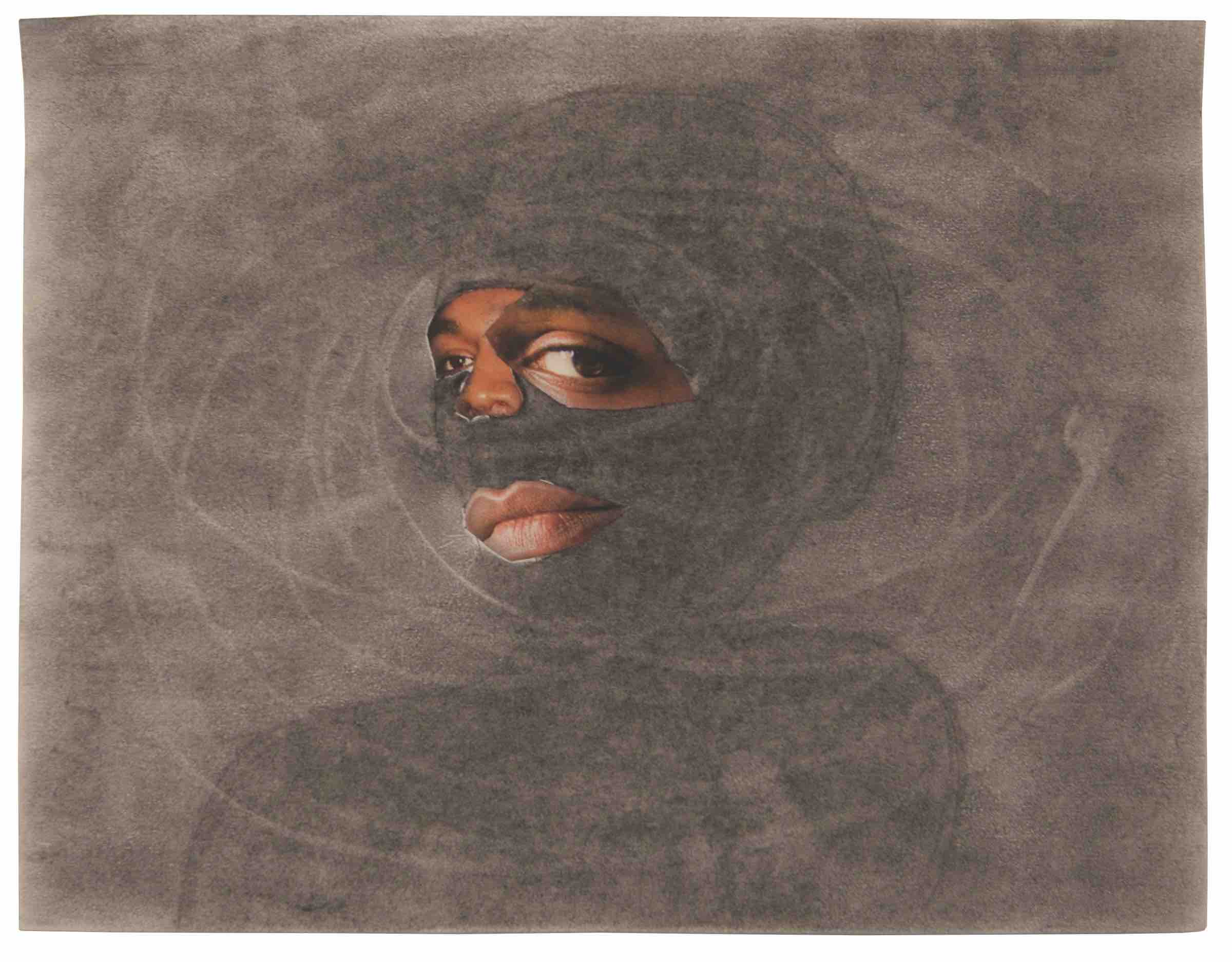 Marking Time: Art in the Age of Mass Incarceration will be on view at MoMA PS1 when the museum reopens following the COVID-19 crisis.

Linkedin
RELATED ARTICLES
OTHER ARTICLES
Ahead of the release of their first collaborative album, the producer and rapper talk psychedelics and the state of UK hip hop.
The two-day long event returned to London this year, showcasing a spectacular parade, steel bands and Caribbean food.
The idea that a younger generation is abandoning work has become a popular narrative online, but it doesn’t necessarily reflect reality.
Photographer David Corio’s archive offers a glimpse inside a revolutionary era of music and nightlife.
Rhiannon Adam spent three months capturing an ageing society wracked by division, isolation, and the aftermath of scandal.
Thousands attended the annual event this year to wheelie through the city and call for ‘knives down, bikes up’.