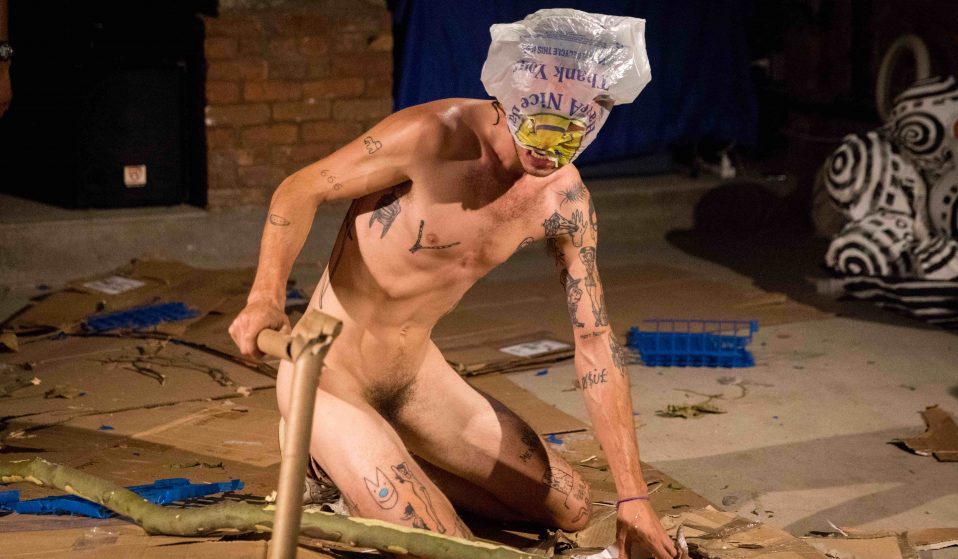 Despite rumours that it’s disappearing, photographer Walter Wlodarczyk captures a creative world that’s surviving – and thriving – against the odds.

Despite rumours that it’s disappearing, photographer Walter Wlodarczyk captures a creative world that’s surviving – and thriving – against the odds.

For nearly a decade, Walter Wlodarczyk has been photographing the independent art communities of New York, challenging a widely held belief that the DIY scene in the city is dead.

According to some prominent New Yorkers, the city’s underground has expired. The argument goes that foreign investors and finance sorts have bought-up the real estate, and priced out those that made NYC interesting in the first place.

Proponents of this narrative include Manhattan behemoths such as David Byrne (Talking Heads) and legendary Warhol ’It’ girl Penny Arcade, who puts forward such views in her one-woman show Longing Lasts Longer. Yet Walter Wlodarczyk’s photographs – accumulated across New York’s five disparate boroughs – suggest the city’s pulse may still have a beat.

“Artists are by nature highly creative, and will always find a way to carve out space in this city,” argues Wlodarczyk. 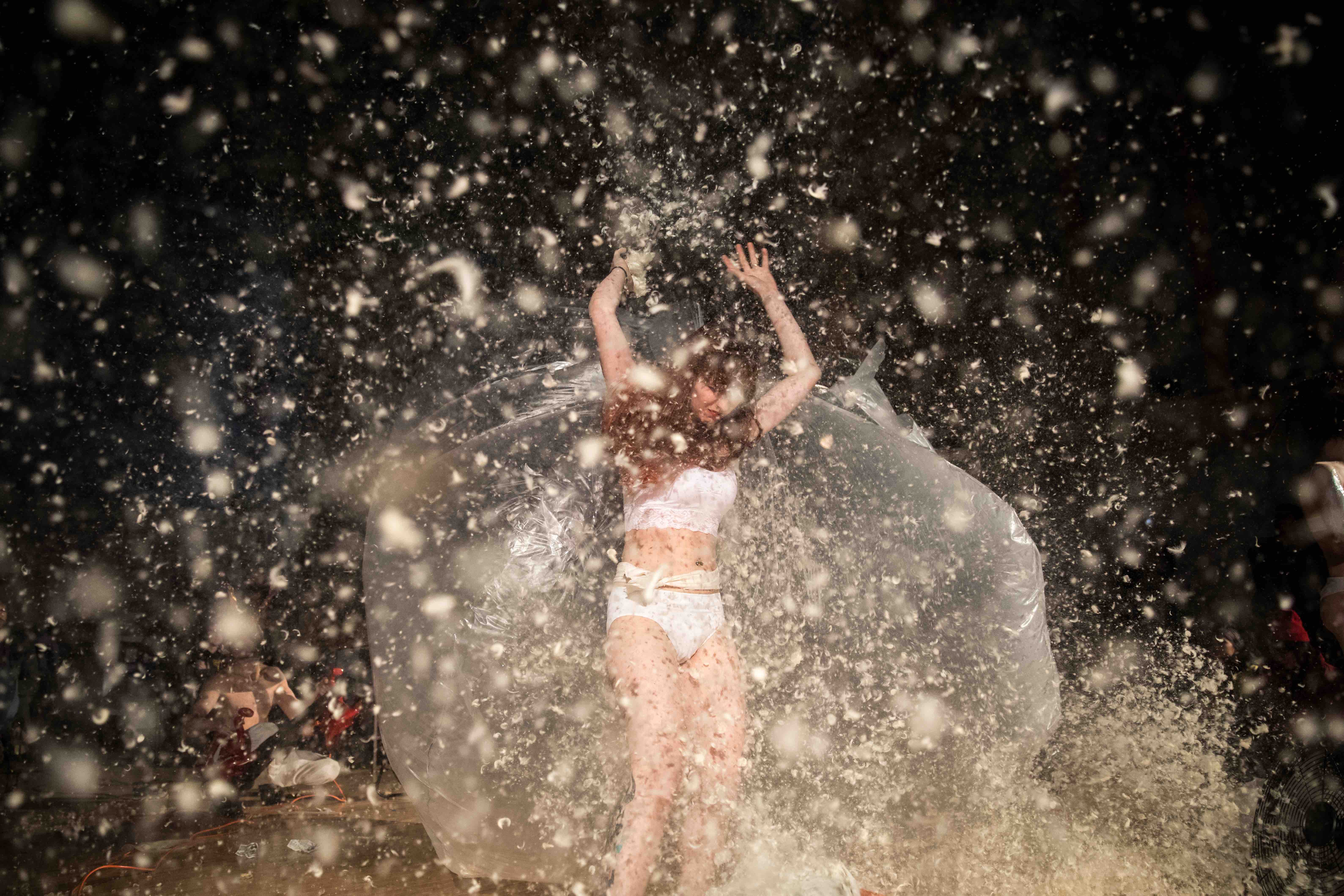 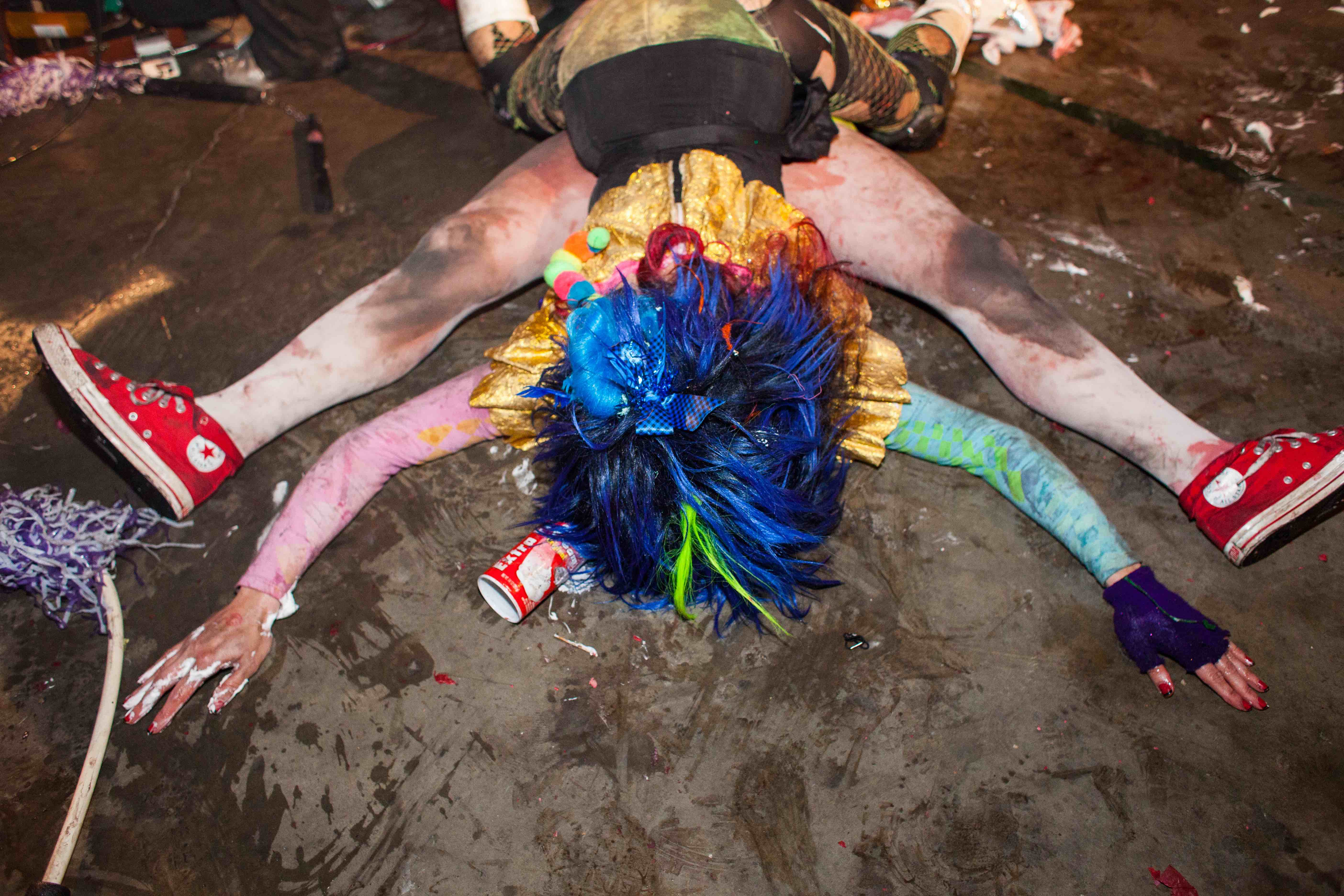 “Approaches change in response to outside forces, but I don’t see people giving up on the arts in New York en masse. Collectives like Secret Project Robot and Otion Front, among others, are keeping the spirit alive.”

“There’s plenty we can do as individuals to help maintain the character and diversity of the city, but we also need help from our elected officials to create policies that ensure the city won’t be lost to the whims of capitalism.”

Historically, much of the art of New York – and of anywhere, for that matter – has been sourced through a retinue of bohemian and counterculture eccentrics. From Andy Warhol’s Factory, to the Yippie Cafe on Bleaker Street, good art in the city has tended to emanate from left-of-centre circles. In turn, these circles require physical space and creative people to exist.

“These communities are such an important part of our culture (in New York),” explains Walter. “What we need is a government that will do right by the people of the city, and ensure that our efforts and resources go to our communities, not corporations and developers.” 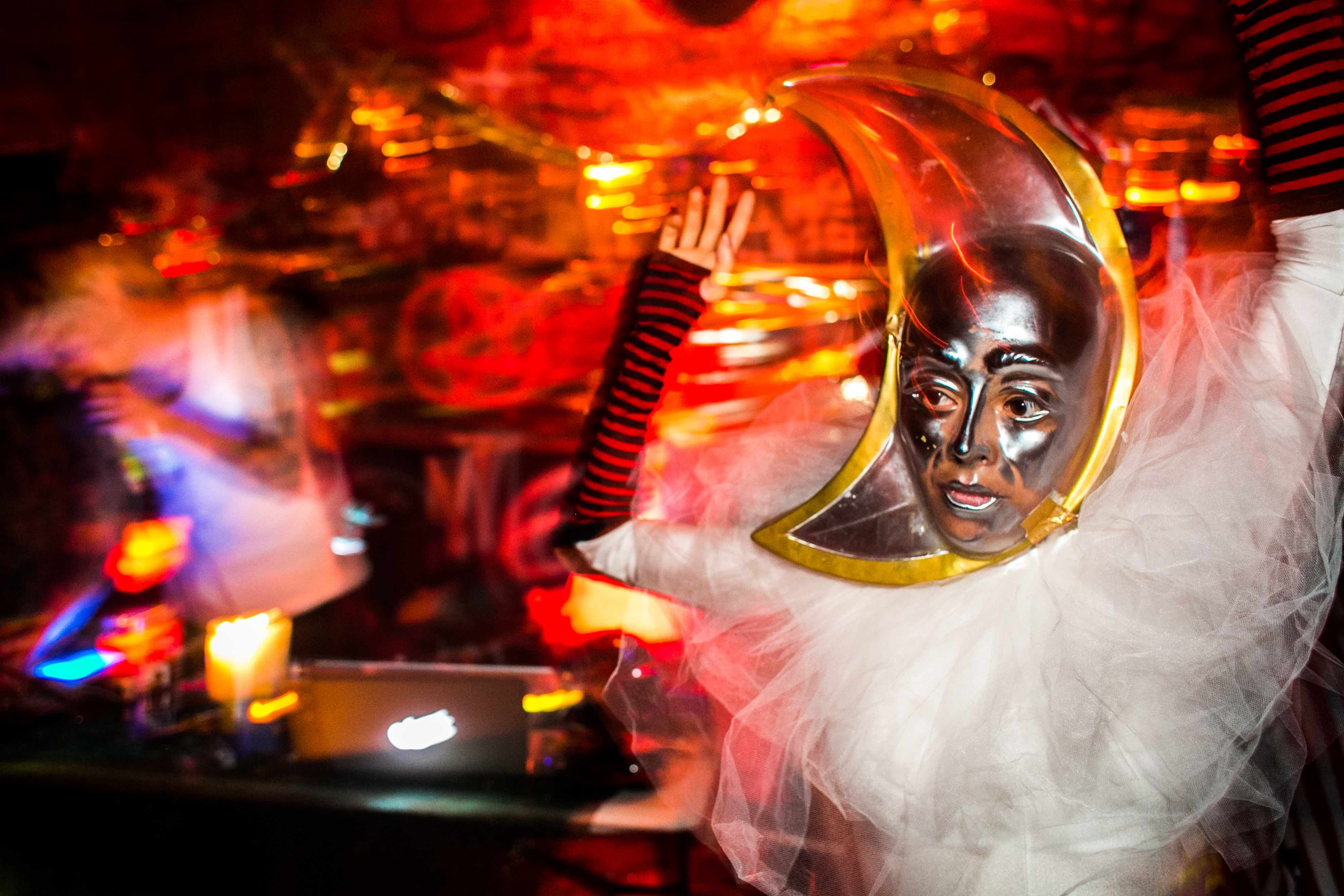 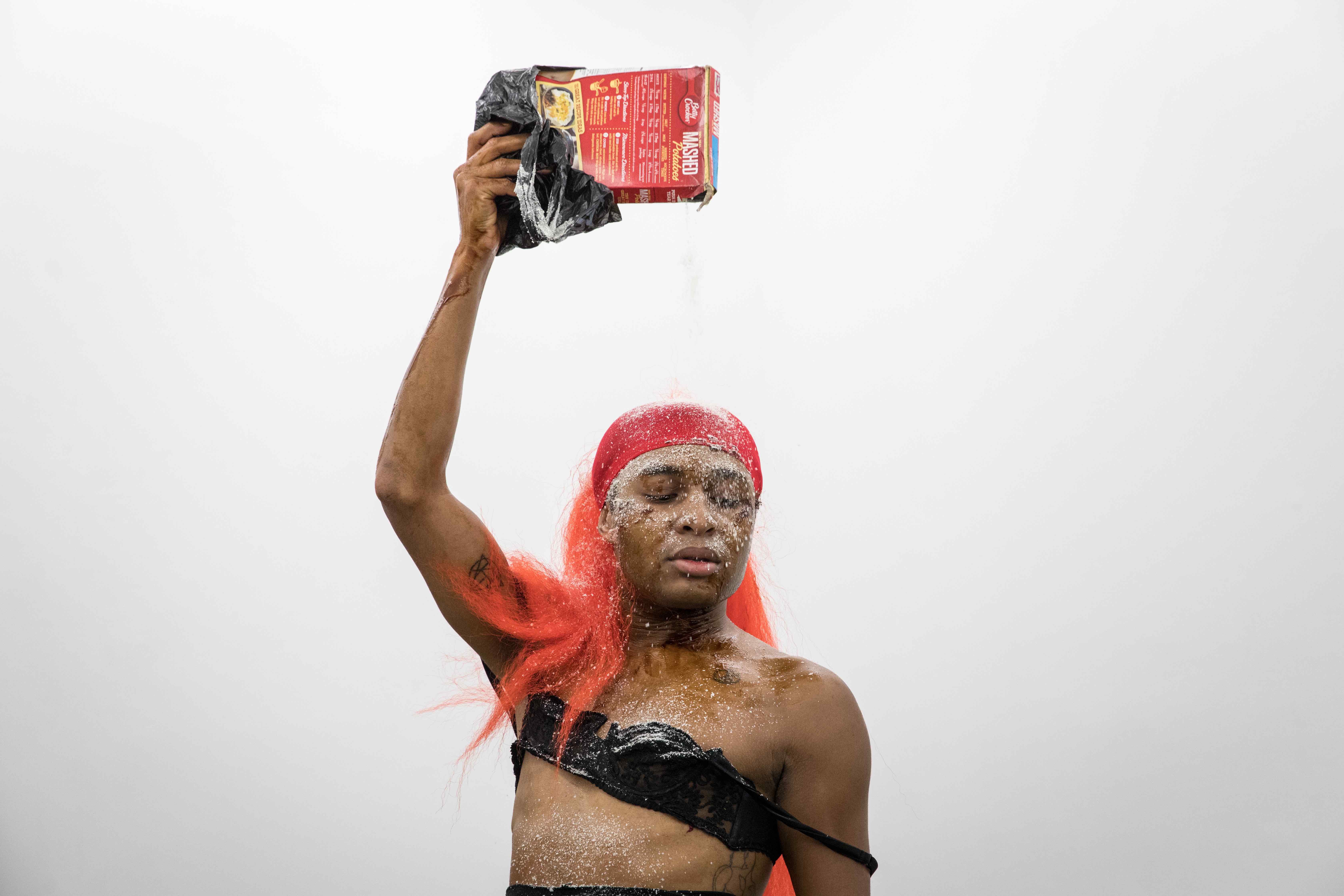 As a documentarian, Wlodarczyk’s aim is to create photographs that capture the extremity and colour of the lives of artists living in NY.

“I am trying to create a record of one dimension of New York City during my lifetime. The communities I document seem to form somewhat organically amongst friends and like-minded artists.”

“The diversity of lives and experiences in New York is enormous. My photographs represent one small part of everything that comprises life in the city – the life I am able to experience.”

His images capture the inherent creativity and tenacity of New York’s independent art communities, in spite of external forces – such as ever-stricter bureaucracy and rent hikes – that appear to conspire against them.

“It certainly is increasingly difficult to hold on to space and to make a living here, but people find a way.” 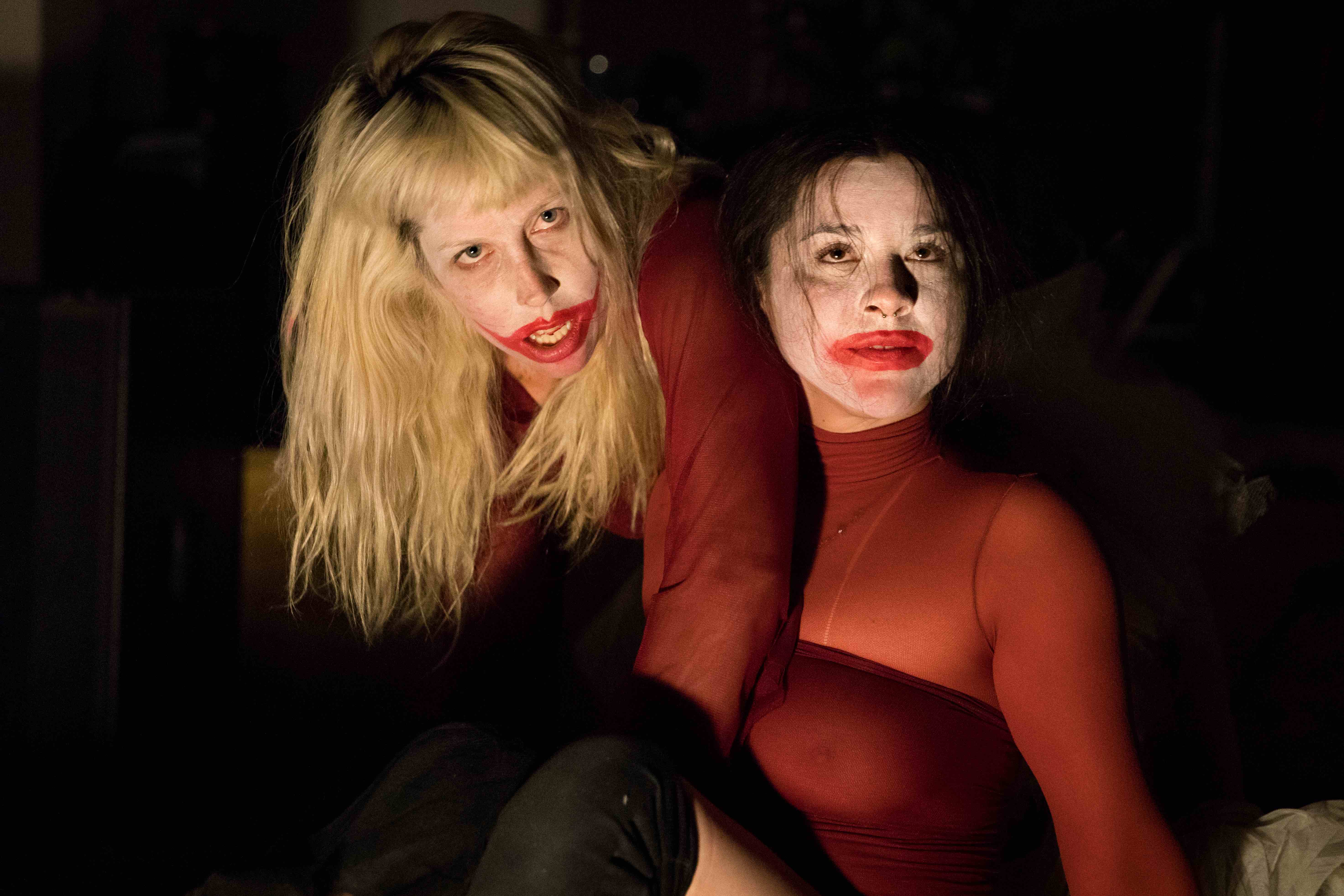 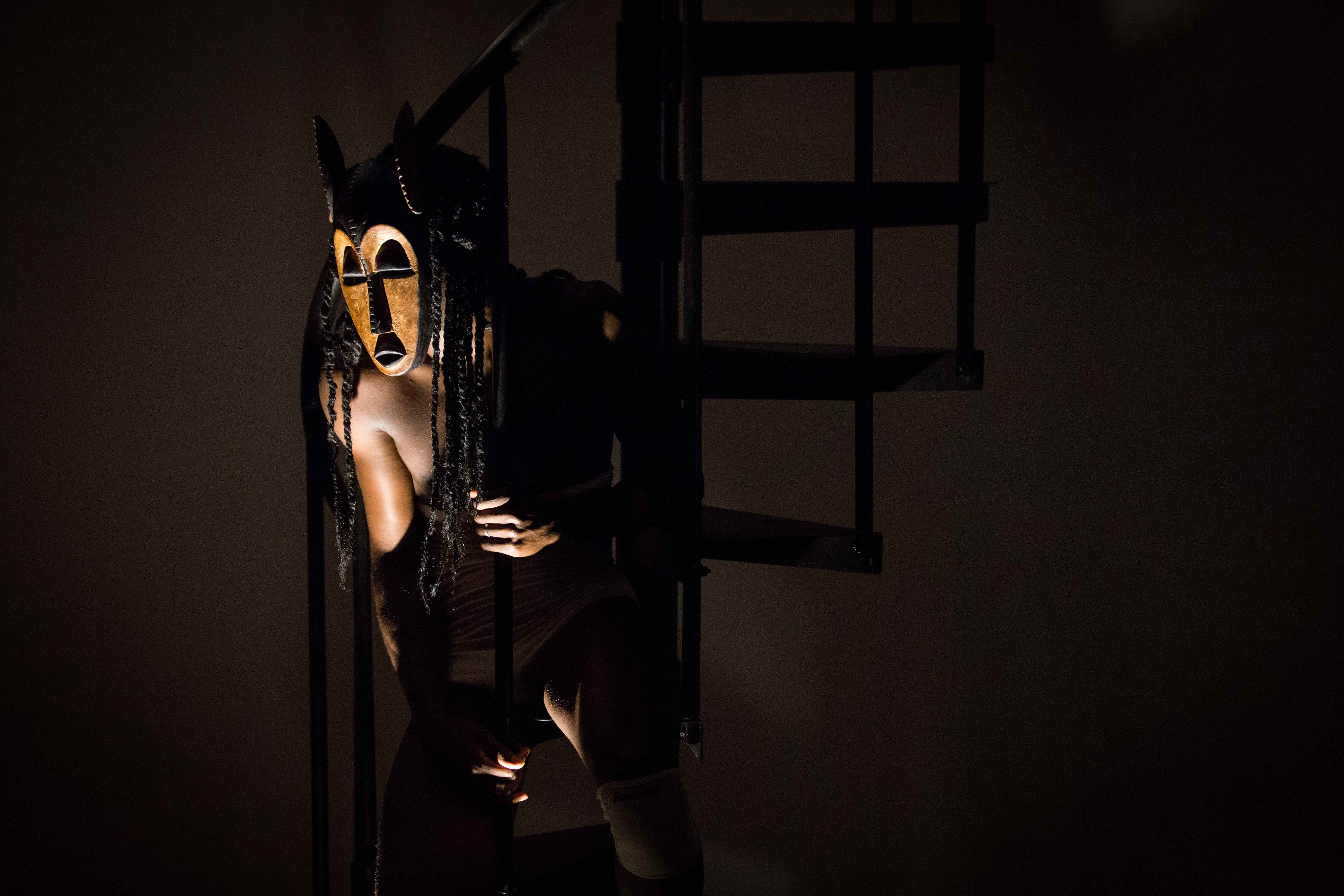 “The city’s spirit, history, pressures and challenges inspire the art that’s created here. Documenting it through photography is critical to preserving and sharing the work that’s made within them.”

The prime motives of these self-organising groups are often experimentation and participation over financial viability. The Brooklyn-based photographer believes New York’s unique, often challenging context, is what makes the city’s art so special.

“Financial realities can’t be ignored, as spaces and people need to survive, but profit isn’t the underlying motive on these scenes.”

“Profit is generally a secondary consideration to putting on diverse and meaningful programming. Many of the spaces that I document place emphasis on diversity in their shows and aim to be functional parts of their neighbourhoods.” 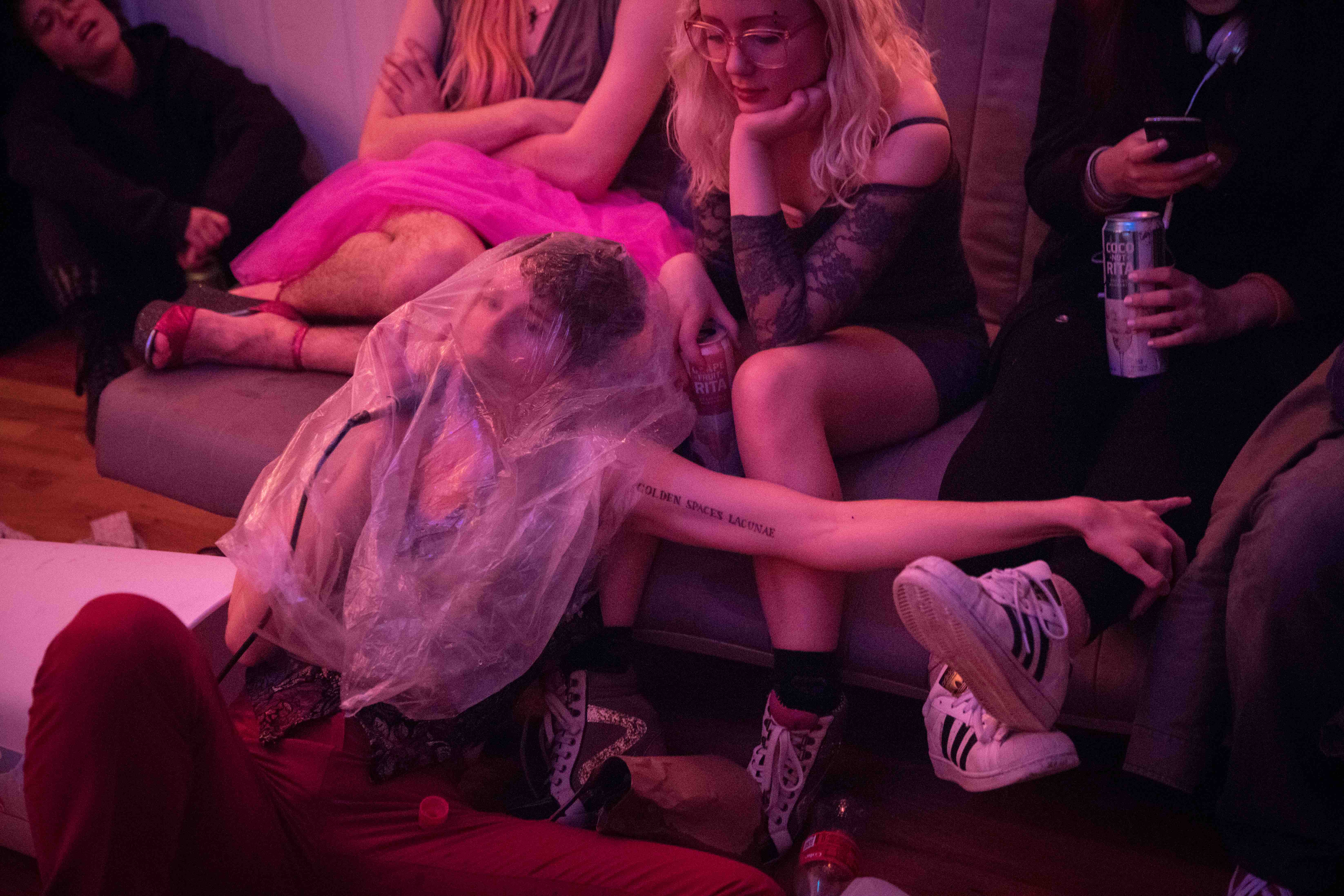 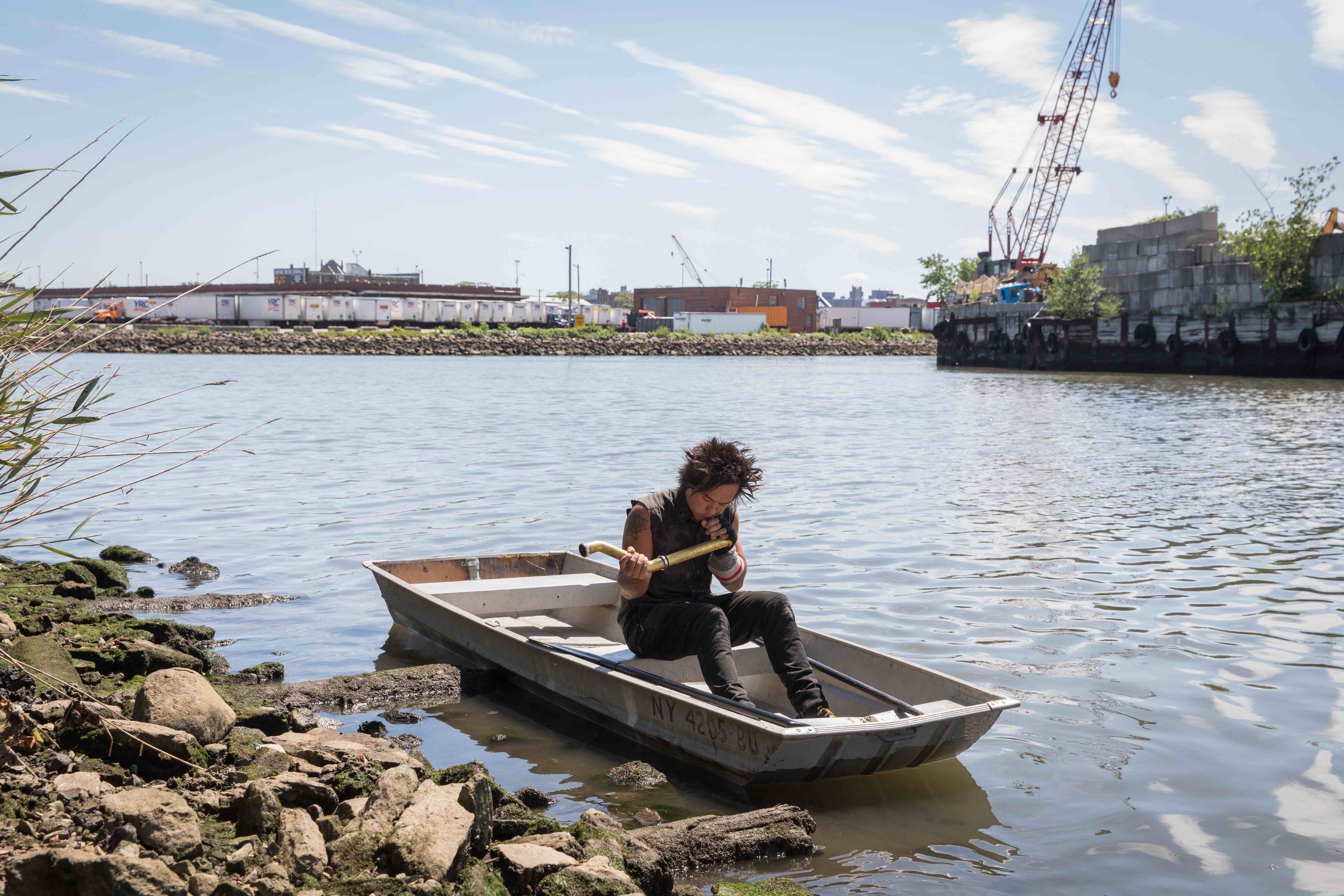 “It seems much more common for smaller, independent art spaces to operate this way, compared to larger, profit-oriented spaces, which can feel out of place in their neighbourhoods and more insular.”

Although maybe not in rude health, Wlodarczyk’s work demonstrates that subterranean art scenes in New York are still present. Secret Project Robot in Brooklyn, in particular, is an example of its vitality. Despite many liberal New Yorkers lamenting the death of New York’s underground, Wlodarczyk’s photographs suggest its creative eco-system is evolving, not capitulating.

“I hope that my work captures some of the less tangible magic of New York City, particularly the spirit and mystery of the city at night, which is clearly still present.”

The most special thing about New York is its people, which Wlodarczyk’s pictures exhibit with aplomb. It’s almost impossible to envisage a time when artists won’t be drawn to this sprawling metropolis in search of inspiration, opportunity and freedom.

“The city is full of incredible people – people who were born here and people who were drawn to come here” adds Wlodarczyk, “I think New York’s unique conditions combine to create a sort of critical mass that we are the beneficiaries of, and long may it continue.” 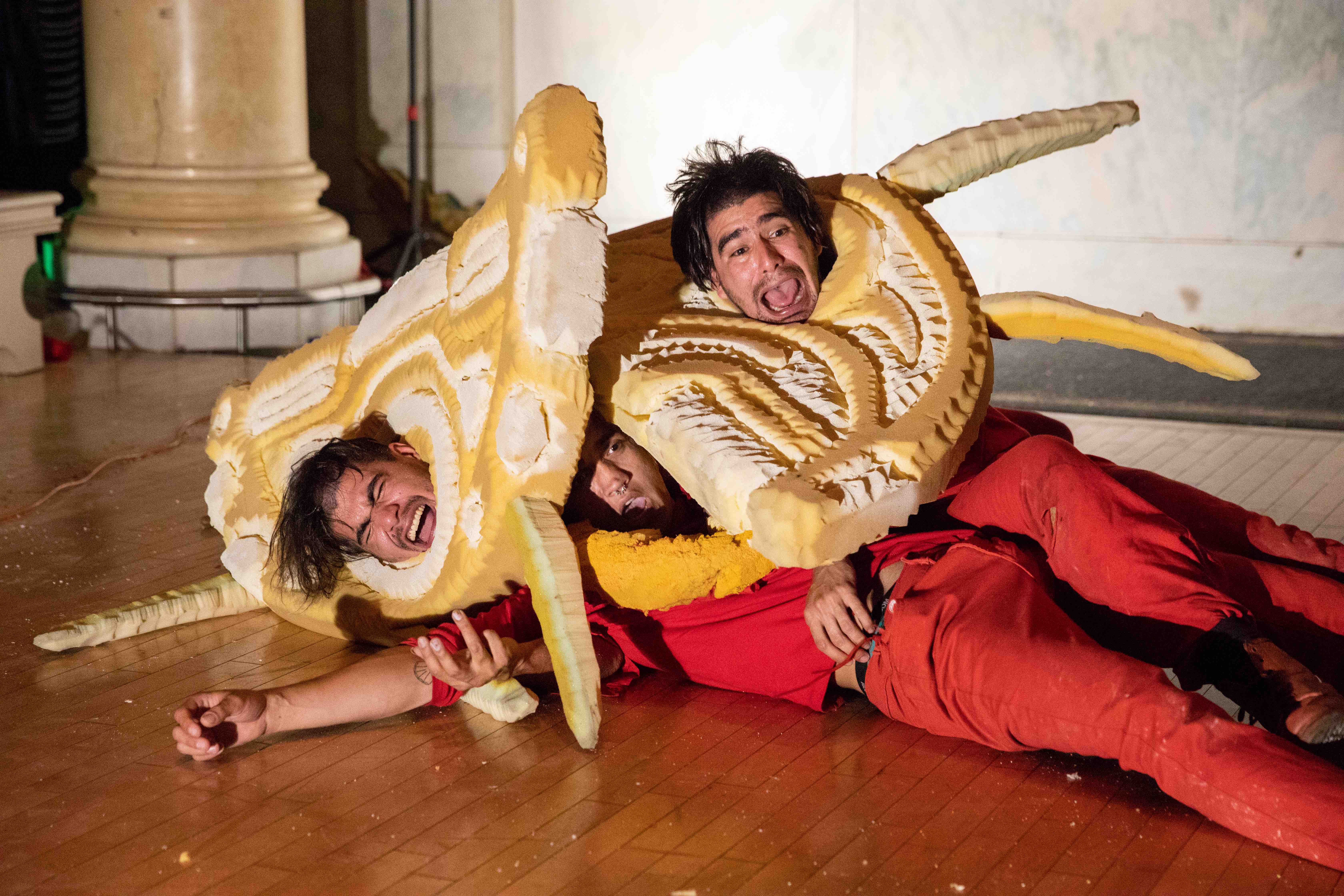 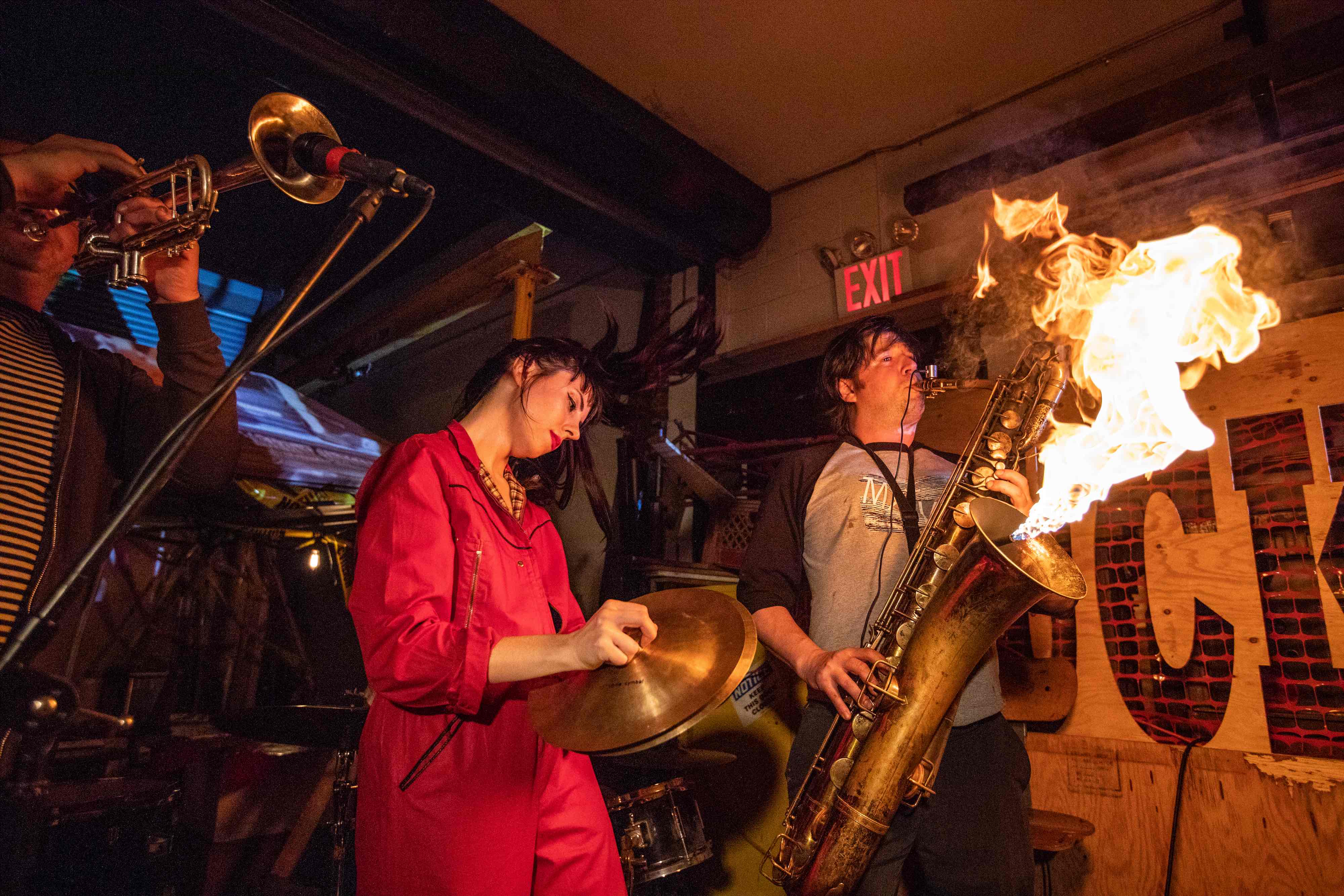 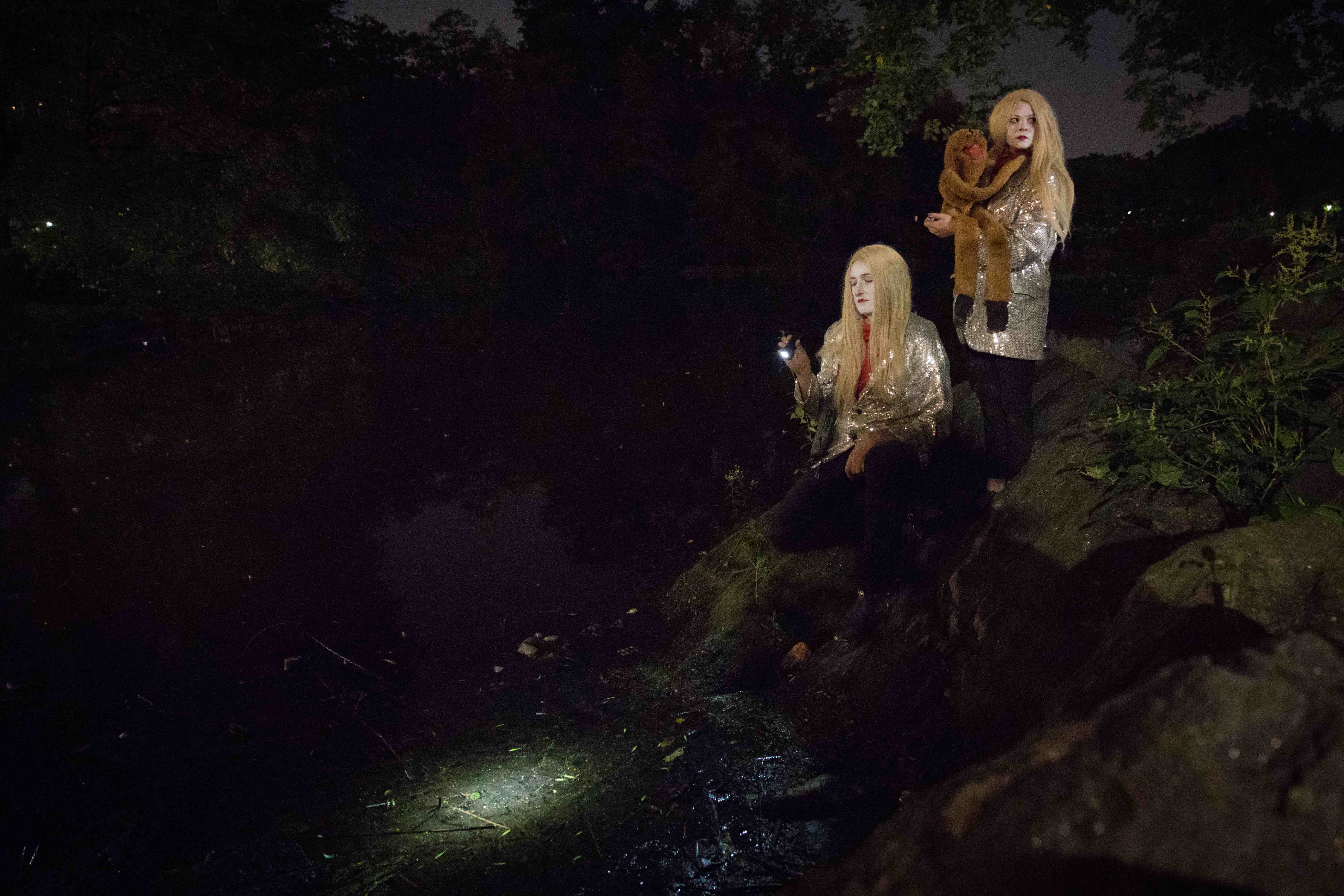 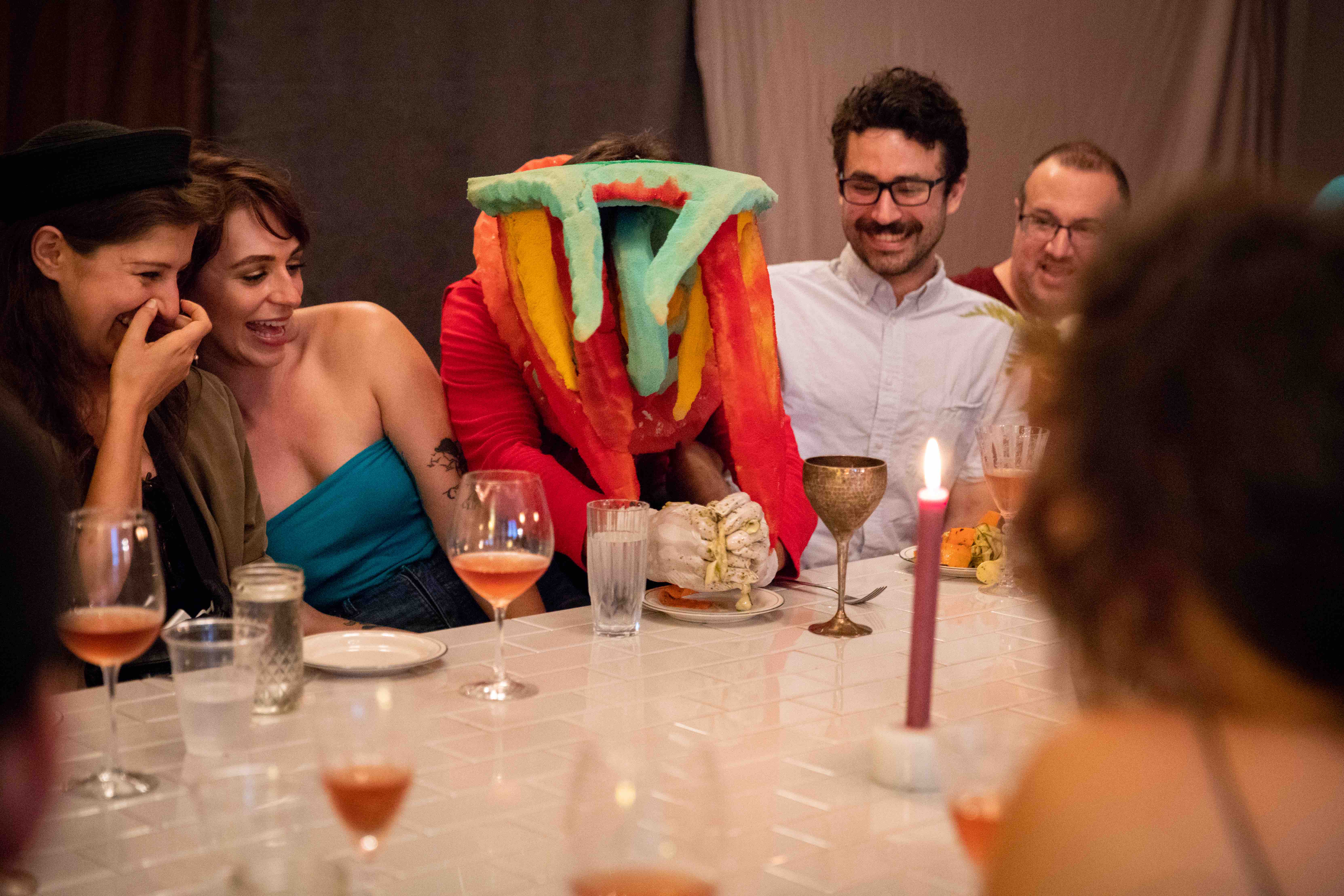 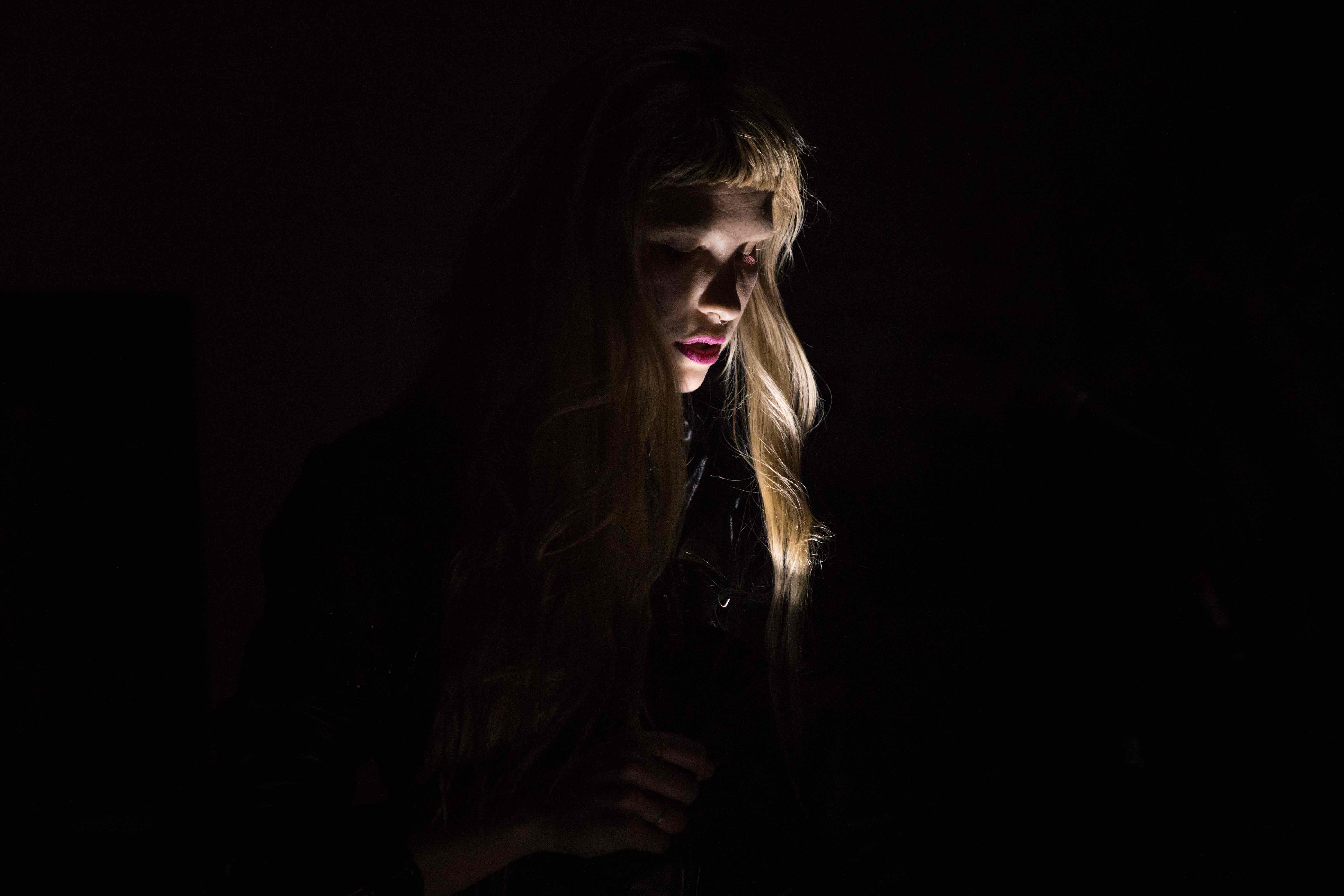 See more of Walter Wlodarczyk’s work on his official website.

Linkedin
RELATED ARTICLES
OTHER ARTICLES
The photographer reflects on building trust with his subjects and using the street as his studio.
Photographer Alice Mann reflects on capturing the camaraderie and discipline it takes to succeed in a highly-competitive sport.
Photographer Philipp Mueller reminisces on shooting Zurich’s thriving nightlife in an era fuelled by experimentation.
In Sheffield, food delivery drivers are fighting back against one of the giants of the gig economy.
In the UK, Hongkongers are continuing to stand in solidarity with the pro-democracy movement.
Ahead of the policing bill reaching its final stages in the Lords, protestors came together to rally against the legislation.