Art & Culture / Photography / The rebels and misfits of Karlheinz Weinberger 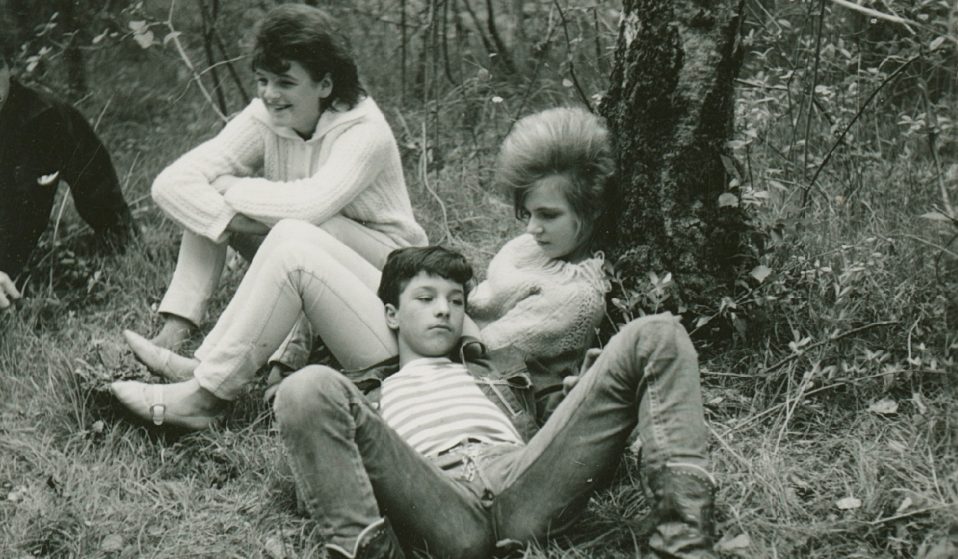 Swiss photographer Karlheinz Weinberger (1921-2006) fell in love with photography in his early 20s, and spent the next six decades of his life capturing the pleasures of youth, rebellion, and the male form.

It all began in 1958, when Weinberger met a teen named Jimmy Oechslin on a street near his home. “Jimmy was dressed like what post-war Swiss society might think of as a n’er-do-well or a ruffian,” says Bruce Hackney, US Manager of the Karlheinz Weinberger Stiftung. “Outfitted in a Lee denim jacket, a kerchief around his neck, his shirt unbuttoned to his waist and his jeans stuffed into cowboy boots, Jimmy looked more like a stylish ranch hand than a middle-class teen.”

At the same time, they also introduced their own unique elements into their looks, from oversized pendants made with mortar shell casings to pieces of sheet metal emblazoned with words or images of matinee idols.

“Weinberger took all this in and crafted his portraits to accentuate their casual yet very deliberate fashion decisions,” Hackney says. “The most provocative of his images from this time period are the close-ups of crotches featuring the exaggerated fly closures.”

“As a gay man, I think Weinberger identified with the Halbstarken’s marginalization; they shared a mutual ‘other-ness.’ I’m sure he admired how a bunch of seemingly, nefarious societal cast-offs were freely expressing themselves.” 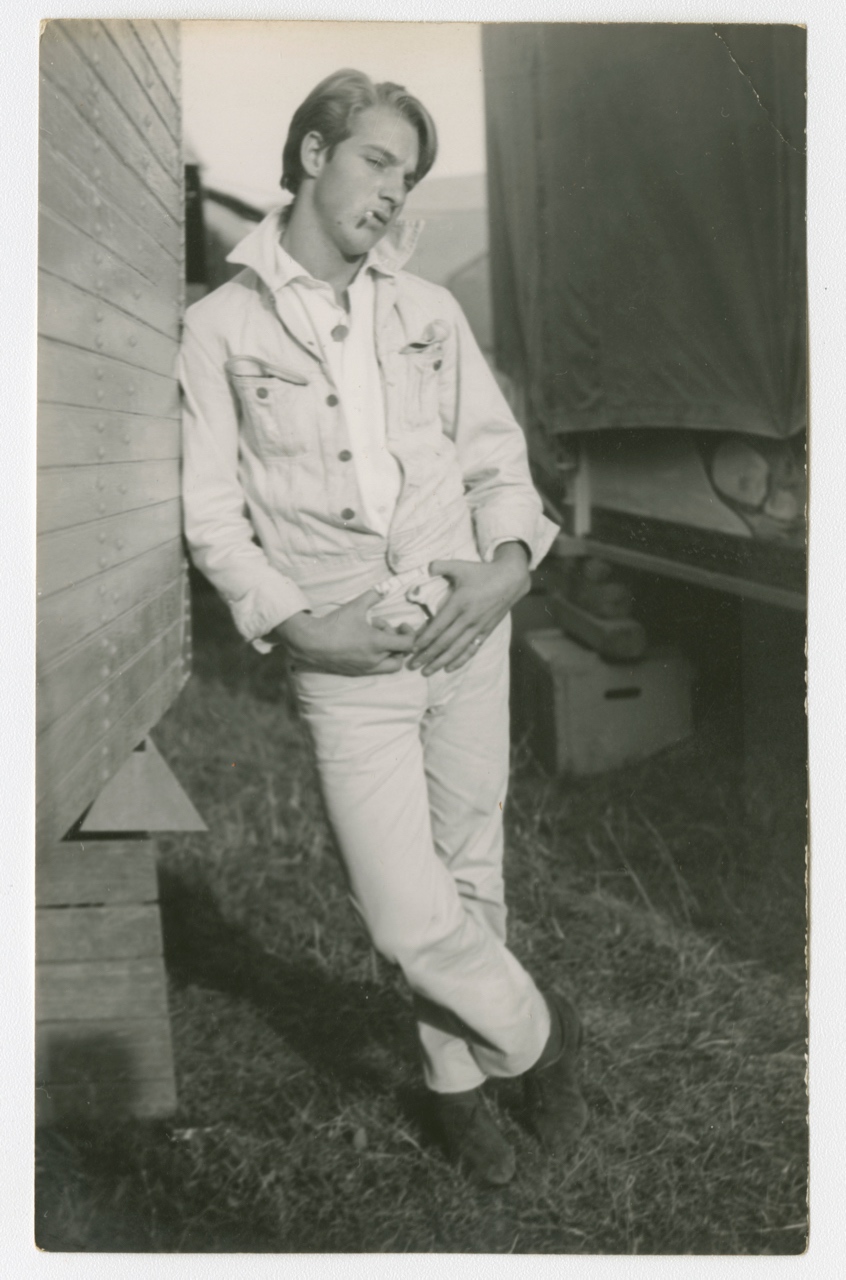 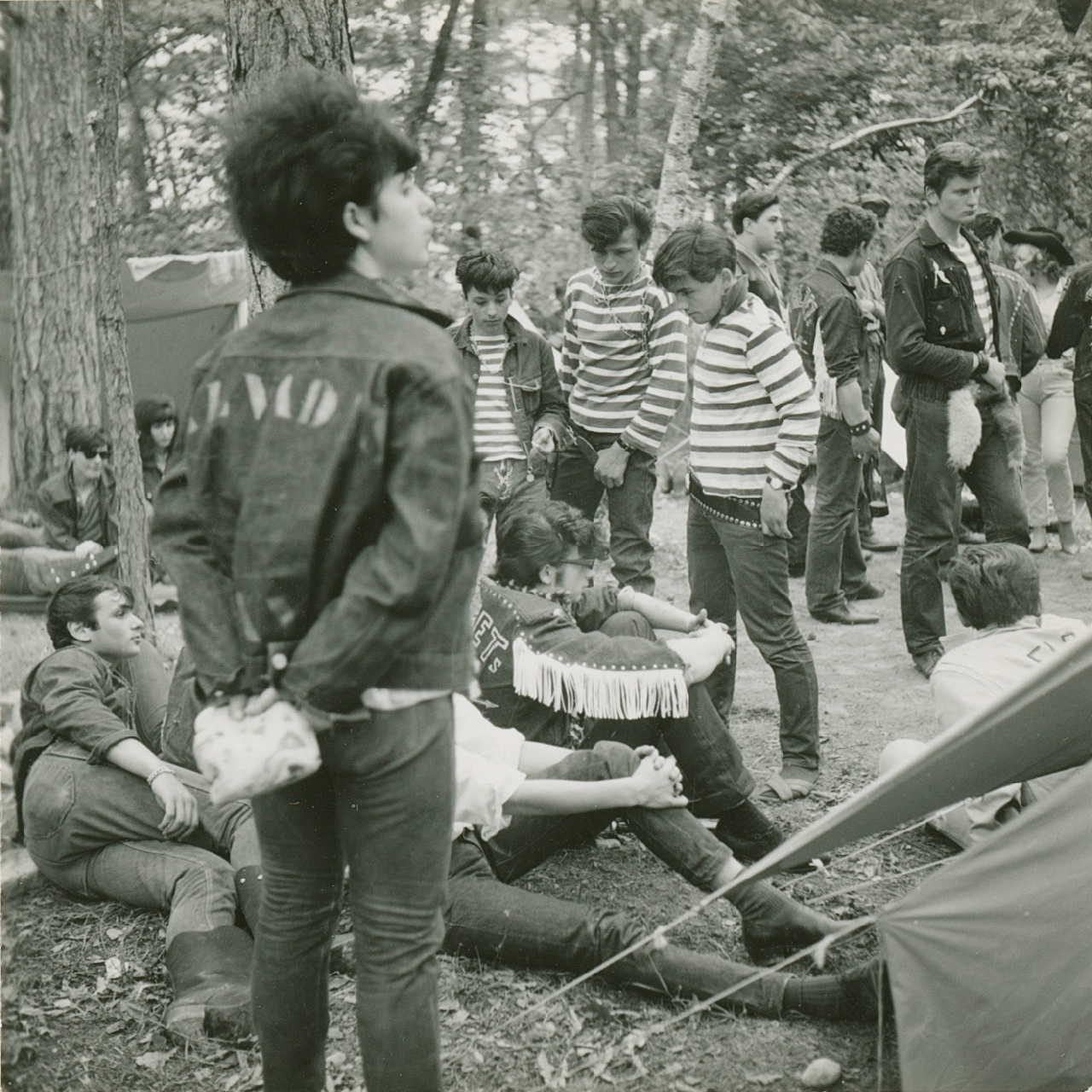 Although Weinberger’s rebellious teens are his most famous work, they only account for about five per cent of his vast archive. Male nudes cast from his daily life working and living in Zürich comprise the bulk of his work – but no matter what Weinberger photographed, he was drawn to a working-class expression of masculinity.

Selections from both bodies of work are brought together for the first time in the new book Karlheinz Weinberger: Photographs Together & Alone (Song Cave) and exhibition of the same name.

“The pictures tell the story of Weinberger honing his unique ‘male gaze’ through the lens of his camera,” Hackney adds. “In the eyes of society, the Halbstarken were hoodlums. But to Weinberger, they were vivacious and virile looking youths. He was a master at charming and ingratiating himself with his subjects while still maintaining a creative distance.”

“Whether it’s the creative ingenuity of their style, their seemingly carefree camaraderie, or their pushing against society’s boundaries of propriety, Weinberger’s kids always seem to evoke a wistful nostalgia coupled with a dose of sexual tension. What’s more enduring than sex and denim!” 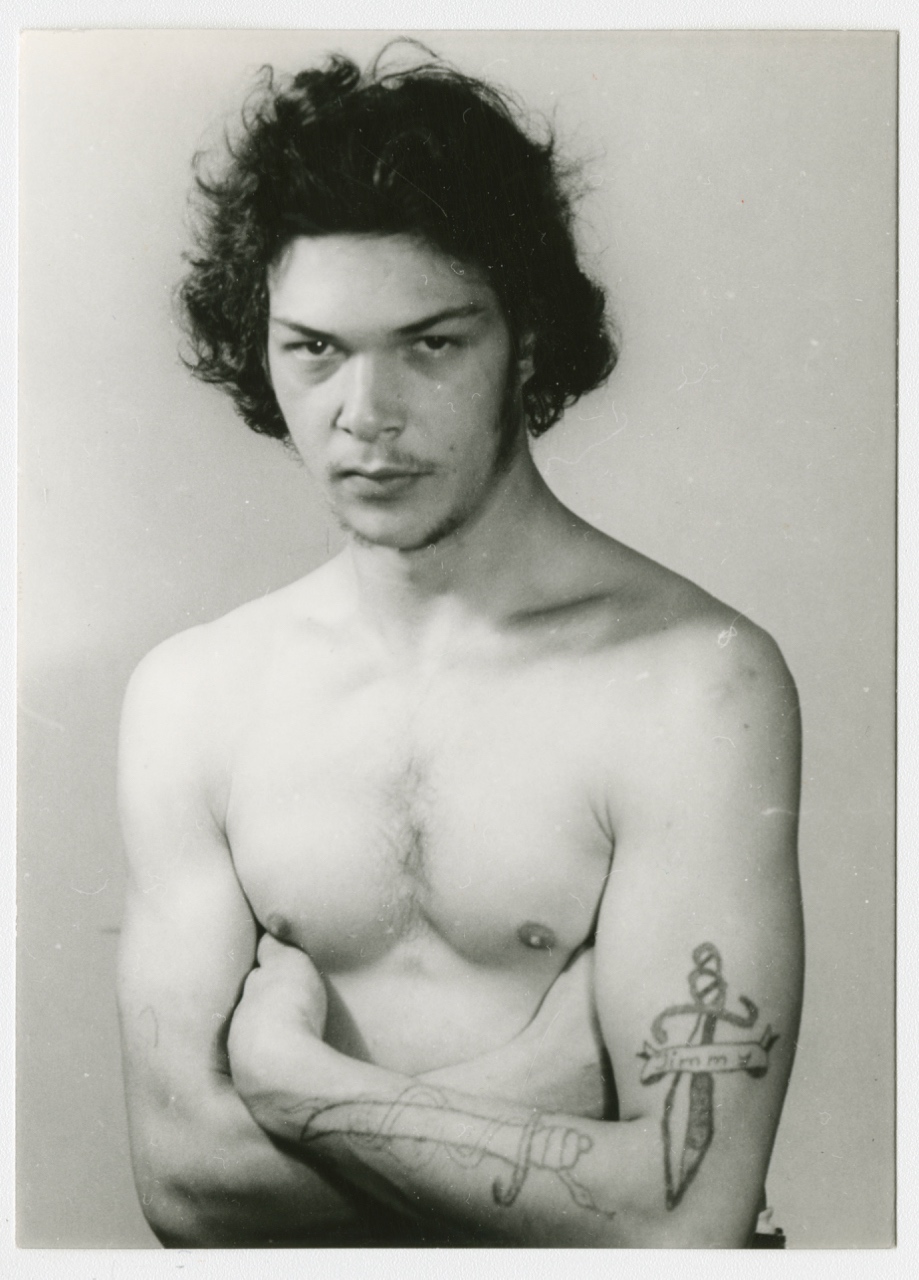 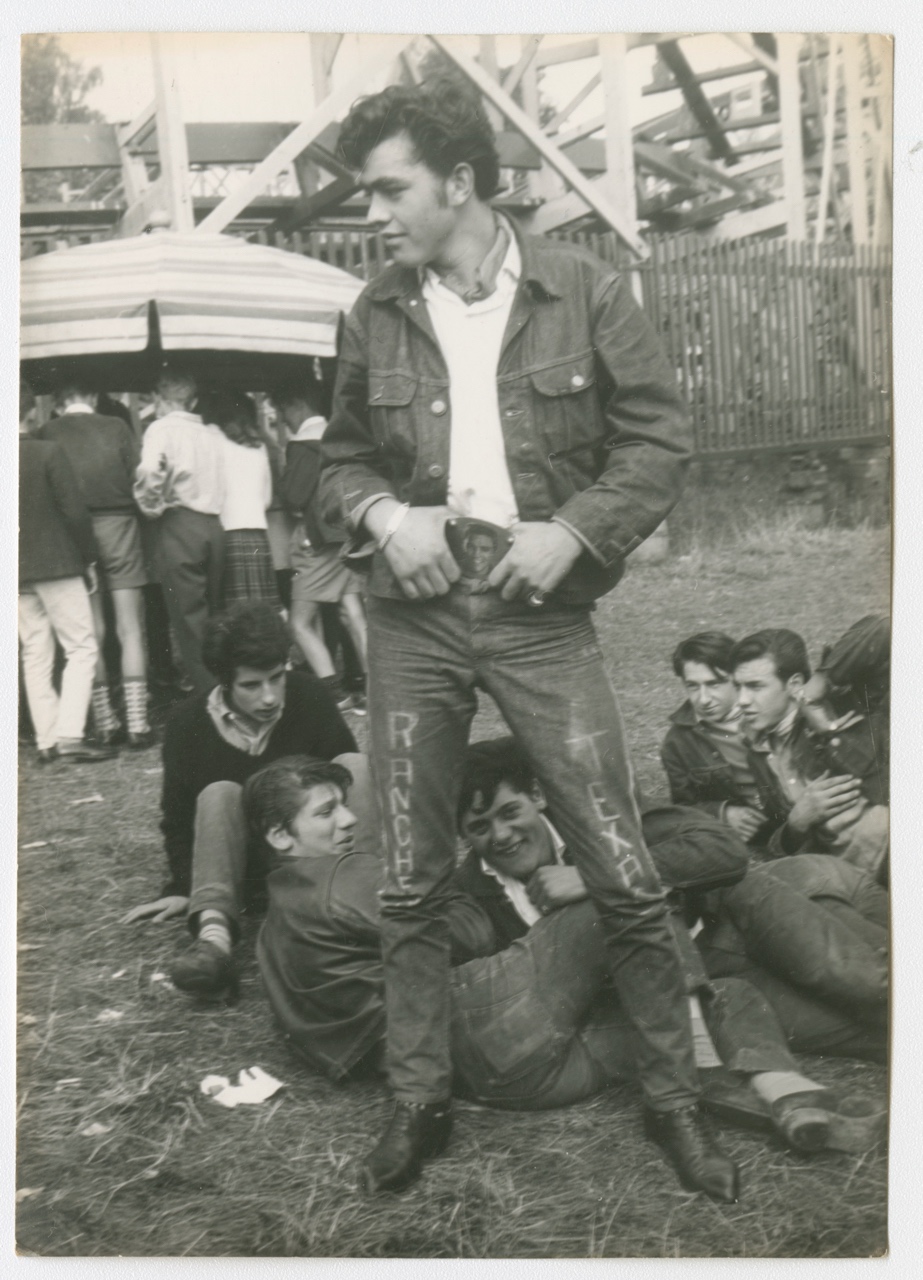 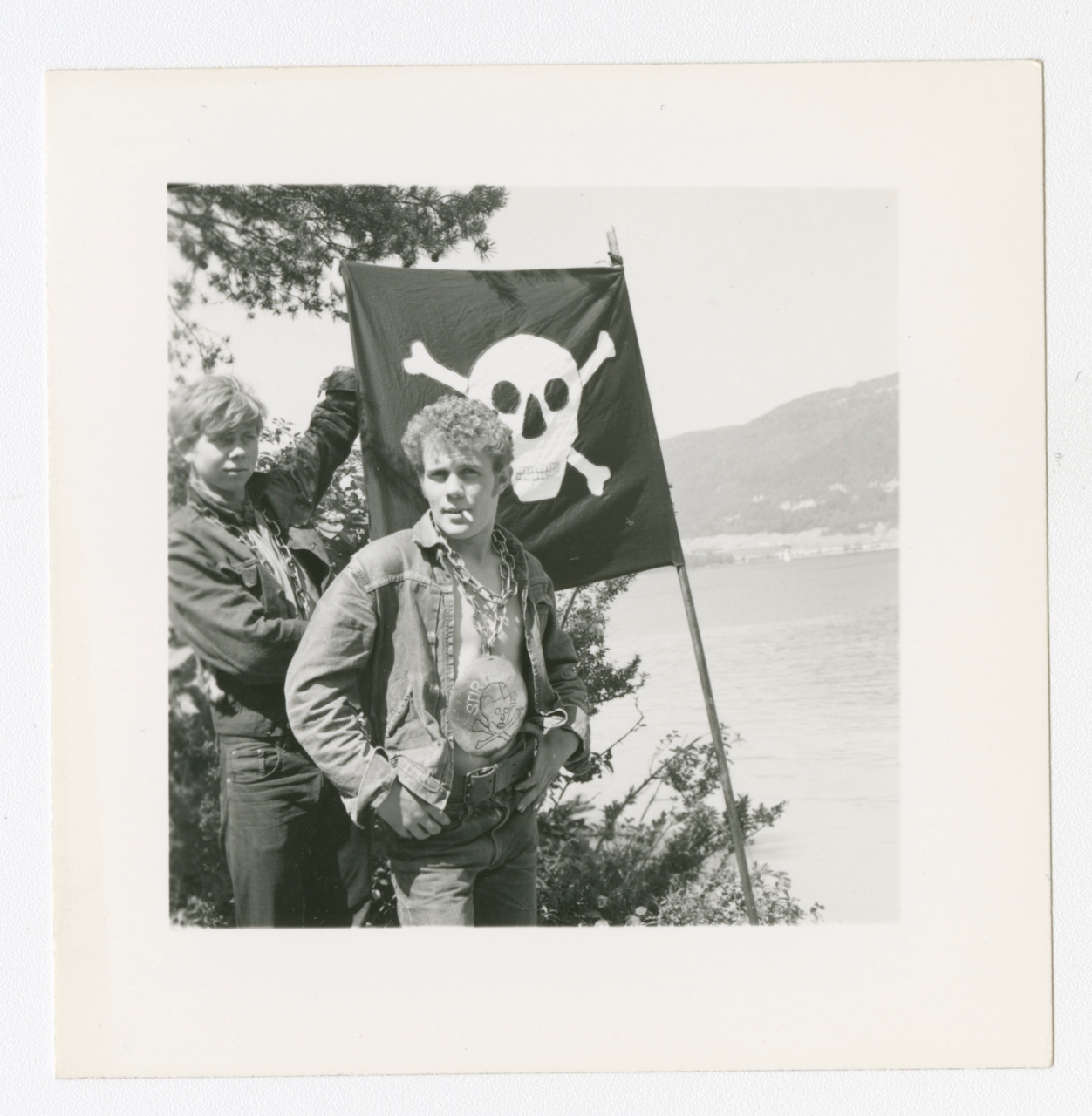 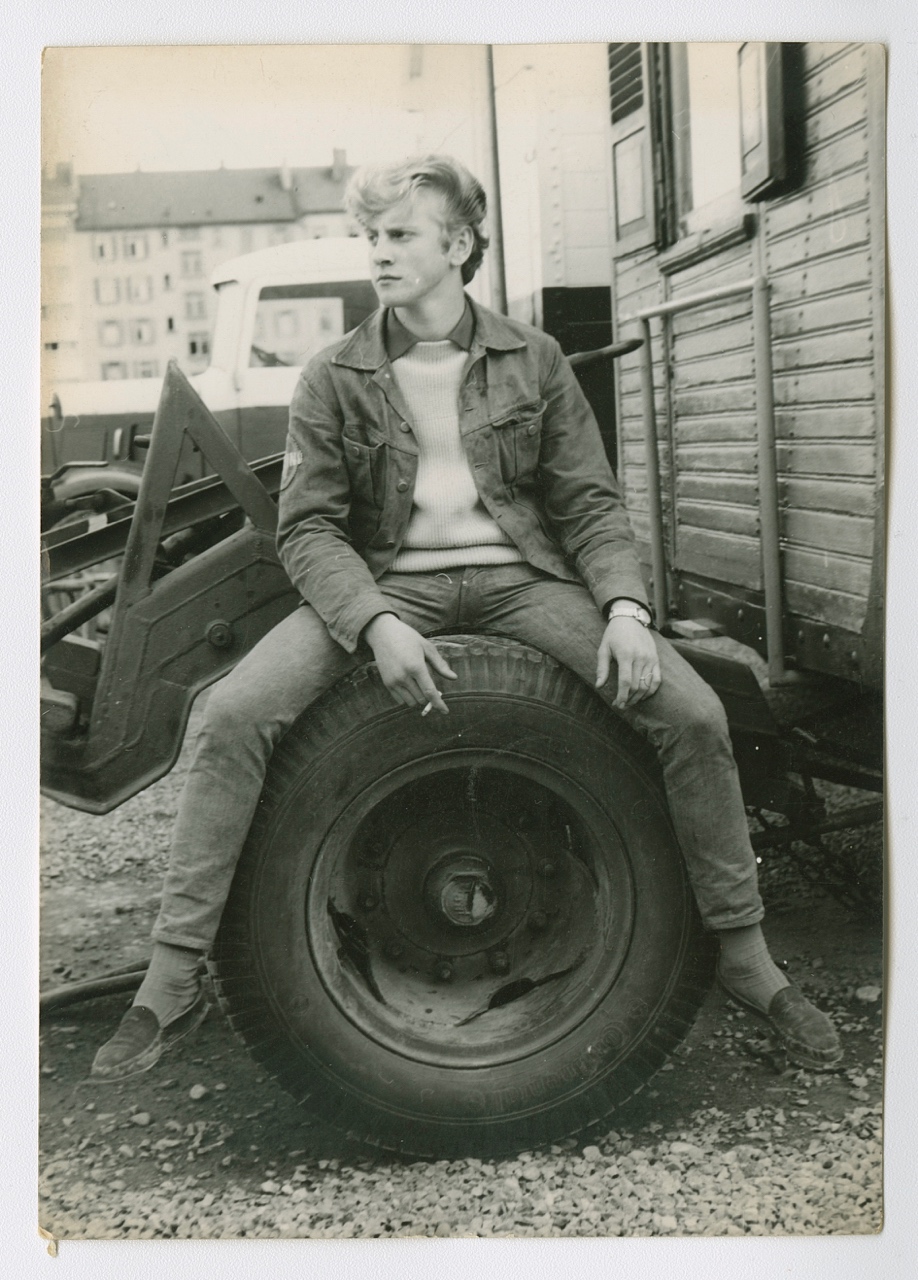 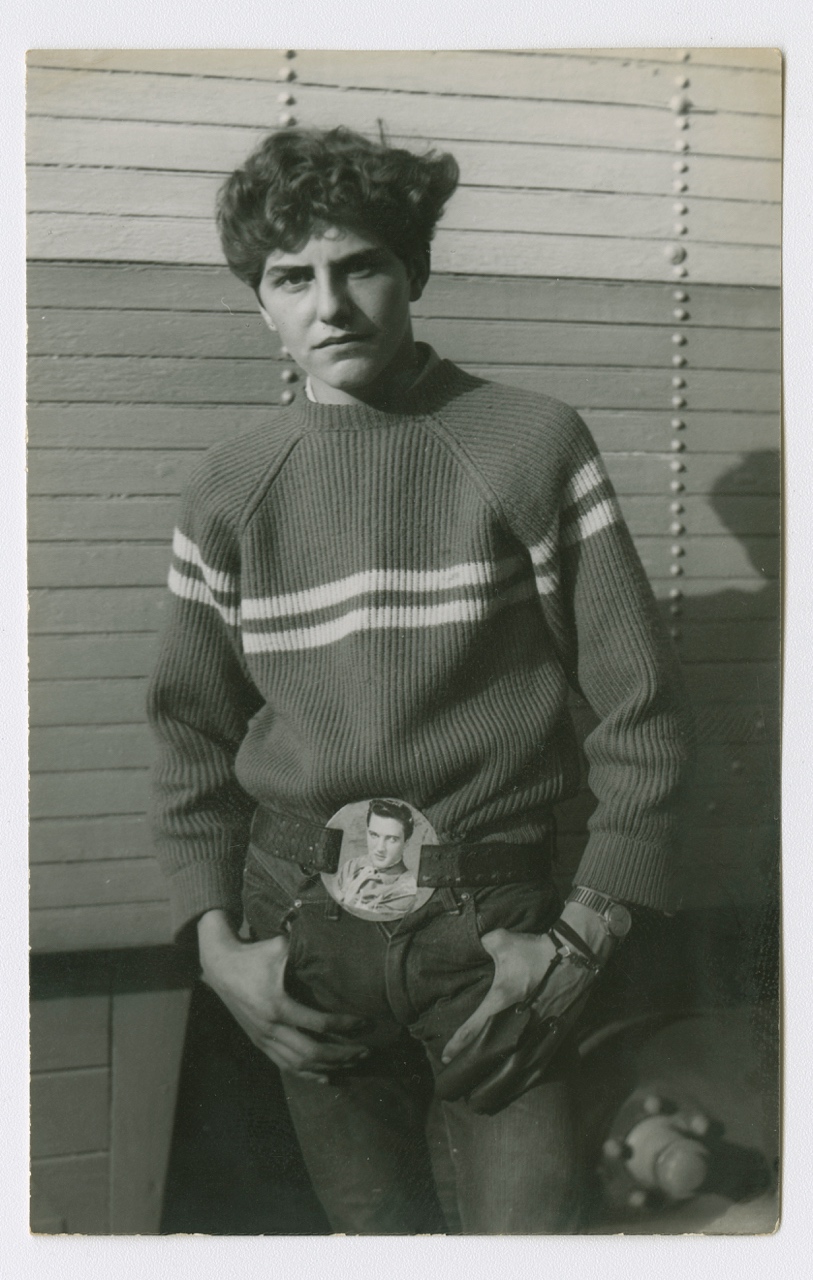 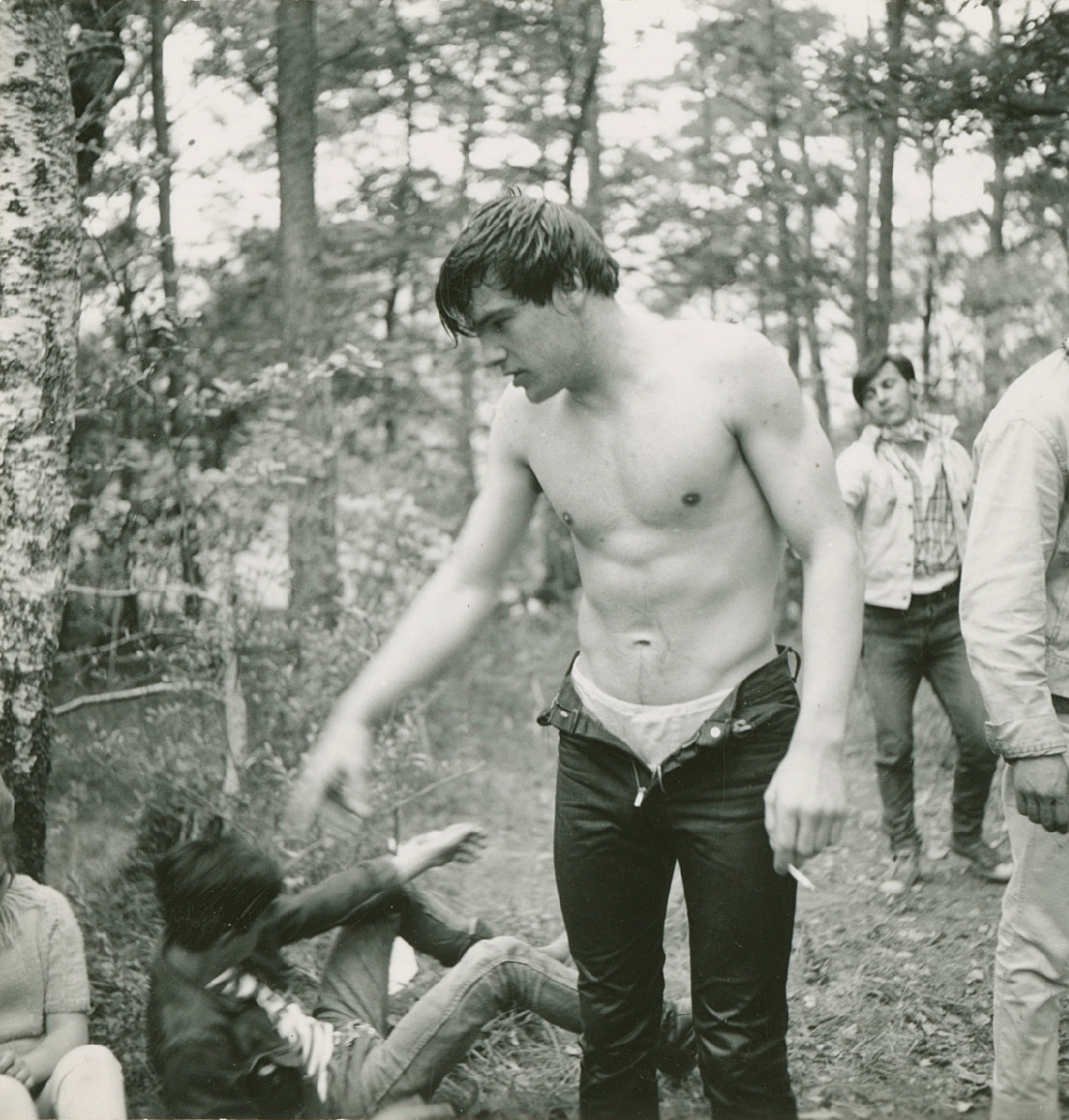 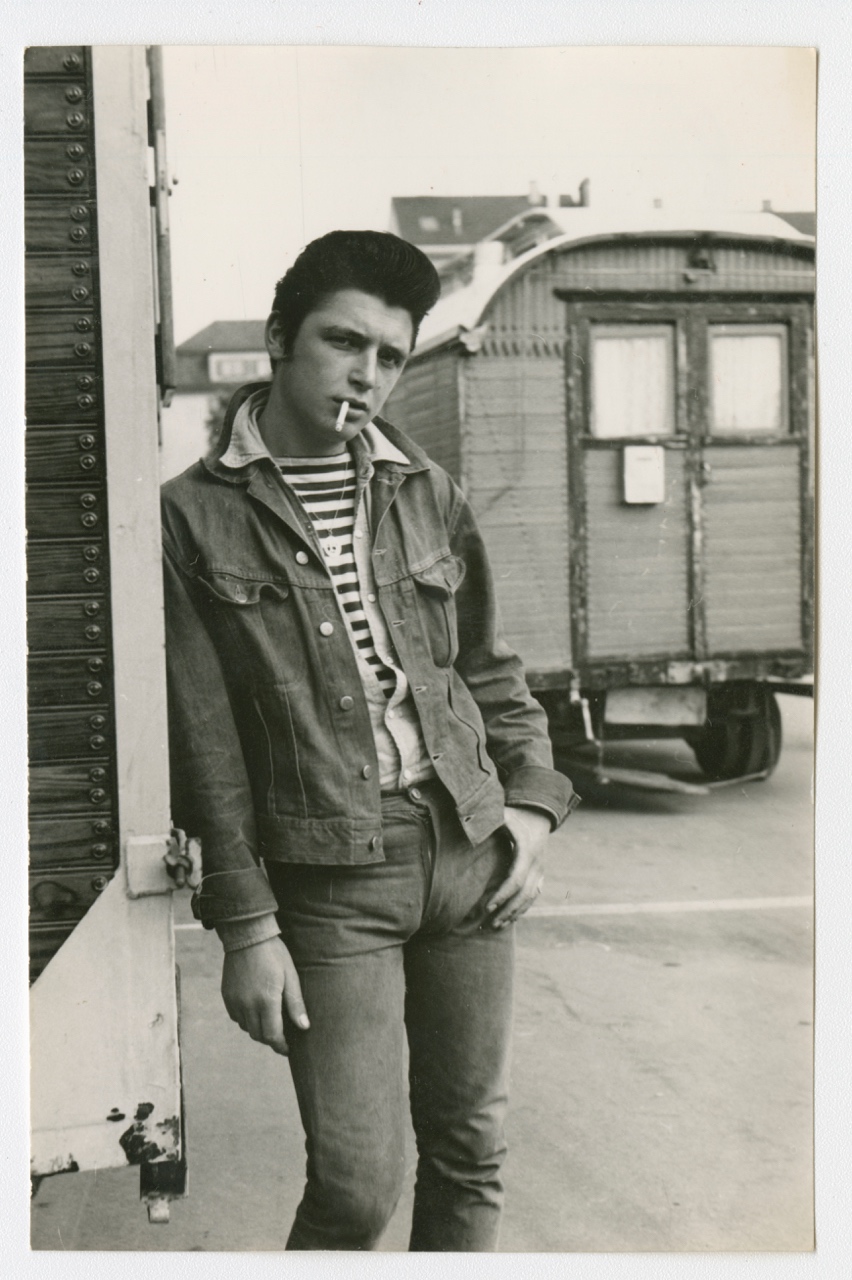 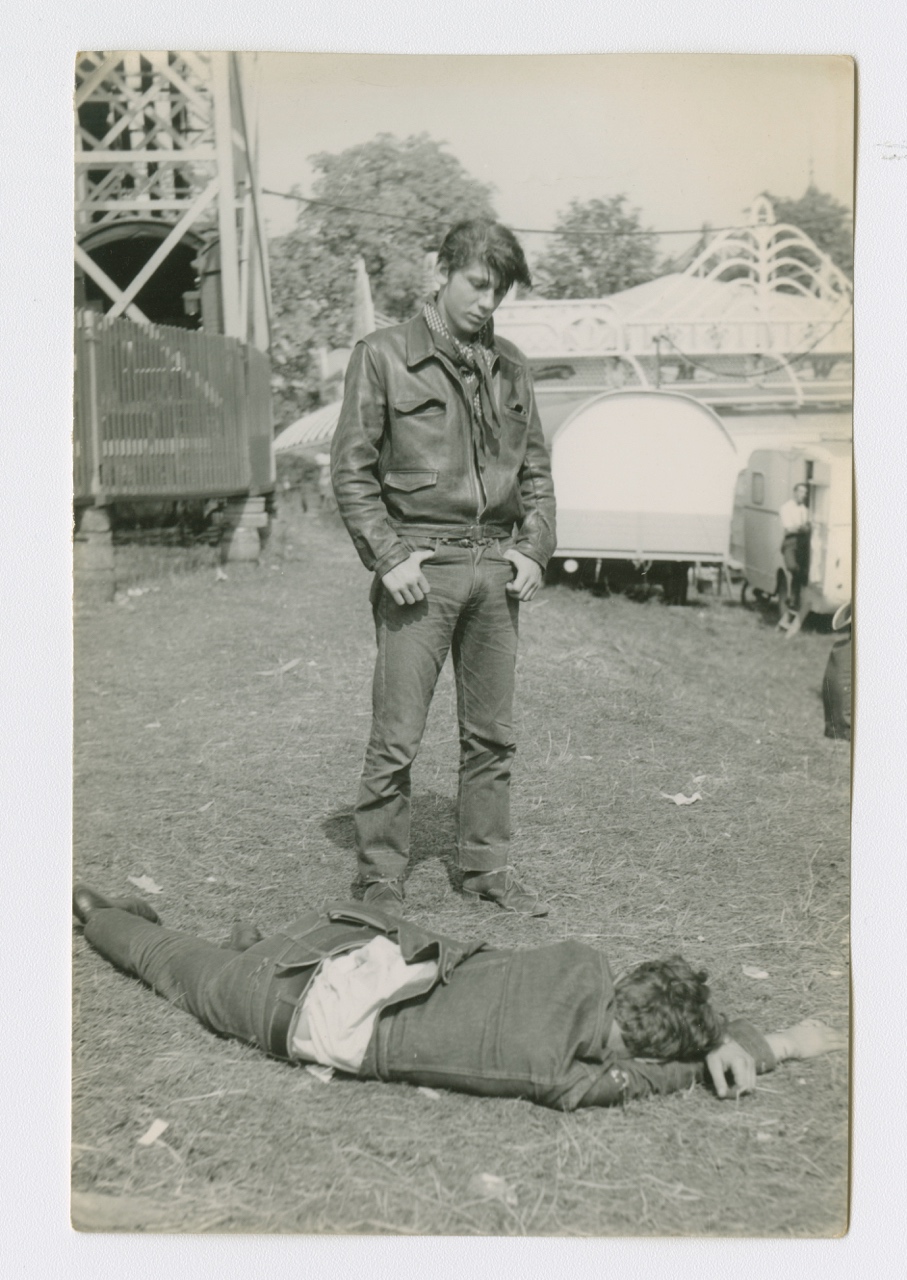 Karlheinz Weinberger: Together & Alone is on view at Situations Gallery in New York through October 4, 2020.

Linkedin
RELATED ARTICLES
OTHER ARTICLES
The first-generation graffiti artist reflects on the tagging’s emergence as an art form and the players who pushed the medium forward.
After blocking the Scottish government’s gender recognition reform bill, Westminster is now devising further changes to the law to make it harder for trans people to self-identify.
Zsófia Sivák’s ongoing project documents the country’s tavern culture, preserving a once defining part of rural life.
Mass crustacean die-offs in the North East have led a community of fishermen to take action to save their seas.
Yohon Tatum, aka Legendary Father of the House of Tisci, reflects on nurturing a new generation of talent.
A new podcast is opening up the conversation between trans women and trans amorous men in the hope of building coalitions.