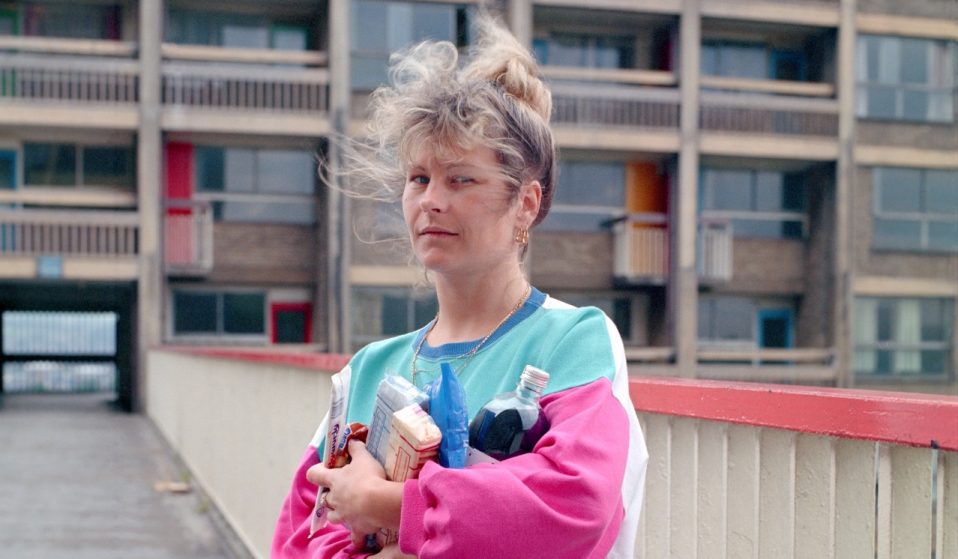 At the end of the ’80s, social experiment Hyde Park – one of the largest high-rise tower blocks in Europe – faced demolition. Photographer Bill Stephenson was there to watch it happen.

At the end of the ’80s, social experiment Hyde Park – one of the largest high-rise tower blocks in Europe – faced demolition. Photographer Bill Stephenson was there to watch it happen.

“I have always been interested in documenting communities,” explains photographer Bill Stephenson. “Particularly communities on the edge of existence.”

This statement couldn’t be more readily applied to the photographs Stephenson shot on a Sheffield housing estate in 1988, when he captured a community that was literally about to be blown apart by the City Council.

Although Hyde Park was only 22 years old and housed over 4,000 people, by the end of the ’80s Sheffield council had their finger on the demolition button. But before the 18-storey brutalist wonder could be raised to the ground, Stephenson nipped in there with his Hasselblad ready to capture the final residents, and document the end of an era. 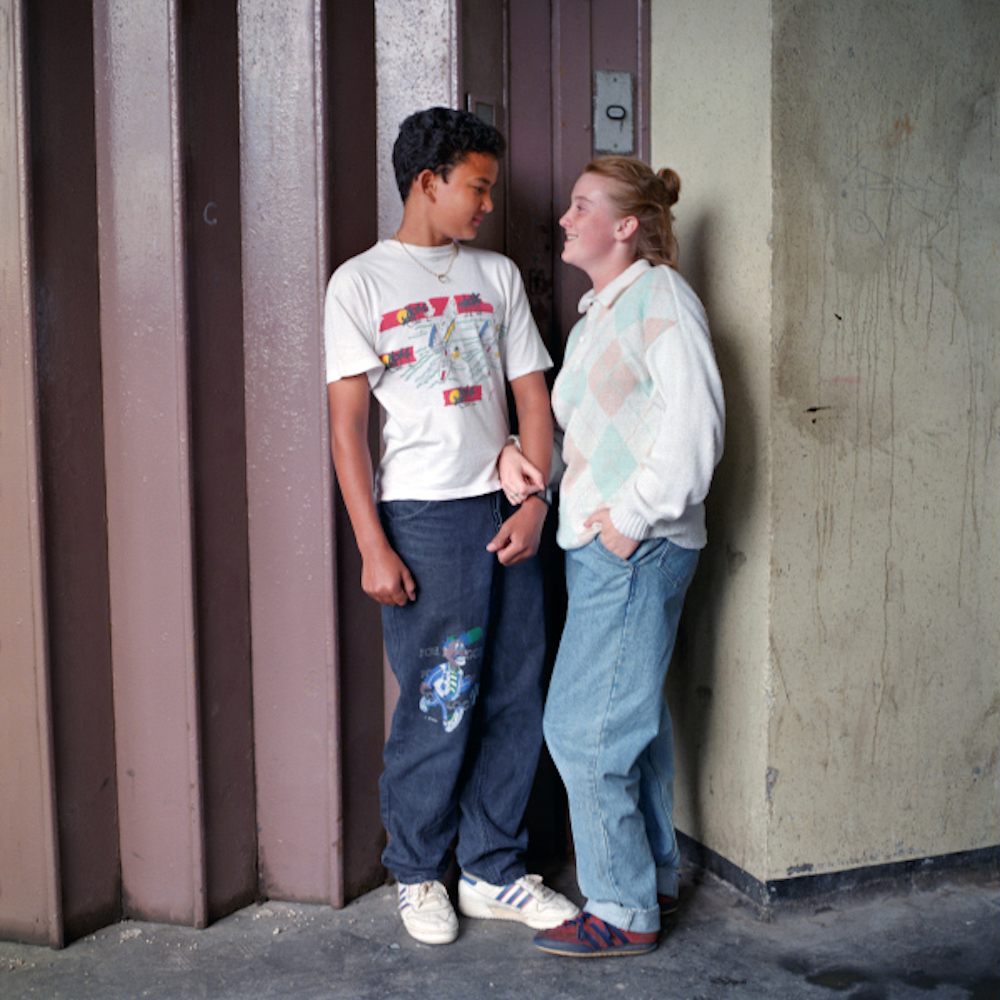 Hyde Park and its next-door neighbour Park Hill started life as a post-war utopian dream, and were the biggest social housing projects outside of London in Britain. Designed by Jack Lynn and Ivor Smith, the concrete fortresses were inspired by Le Corbusier’s Unité d’Habitation and his belief that the post-war housing crisis could be solved by building high-rise tower blocks that had all the amenities of a typical street. The Sheffield-based spin-off garnered the catchy nickname “streets in the sky” and was even furnished with a large deck that allowed the local milkmen to manoeuvre milk floats around the building.

Documentary photographs of Park Hill by Roger Mayne in 1961 depict lively playgrounds, a close-knit community and cutting-edge architecture. Stephenson recalls that Hyde Park was referred to as “the citadel” or “the castle.” And yet within 30 years, the council had decided the scheme was a failure, and embarked on a plan to blow the whole thing up. 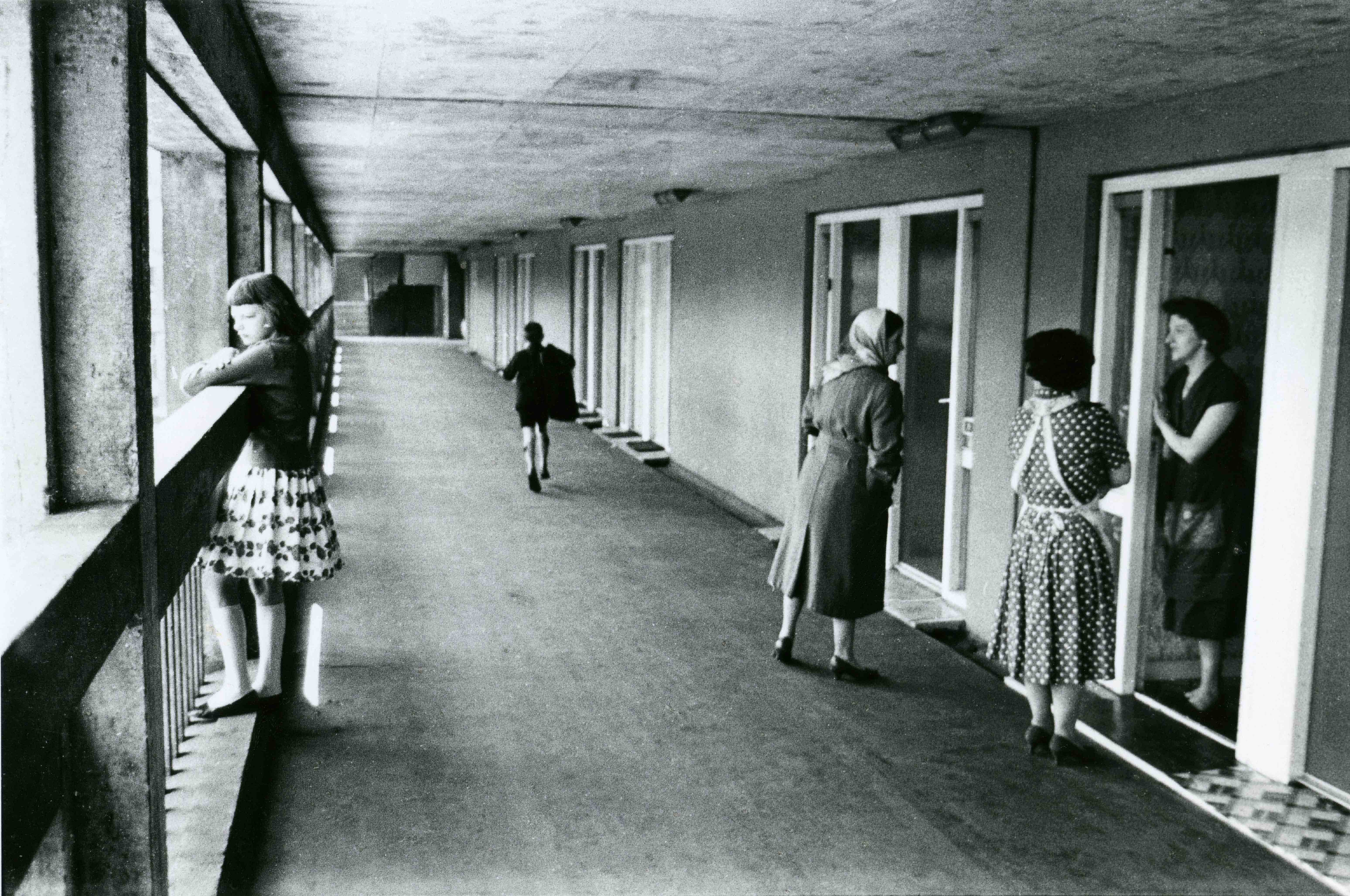 On the contrary, his captivating photographs uncover a community at ease with their home, rushing to play at the nearby canal basin or relaxing with friends at the estate’s café. Even now, the Facebook page that reconnects old residents includes comments like: “Best years of my life. Love the place.”

For Stephenson to create these intimate portraits he had to get well acquainted with his subjects. So, he popped his camera in the bottom of a carrier bag and started making friends, attending meetings, going to the shops, and visiting the pop-in centre. “Maybe you can tell from the photographs that those people knew me… Wandering around Hyde Park people used to shout things like: ‘Hey, Bill! Have you taken my sister’s picture yet?’ I wasn’t like a spy. I never felt uncomfortable and the people I photographed didn’t feel uncomfortable either.” 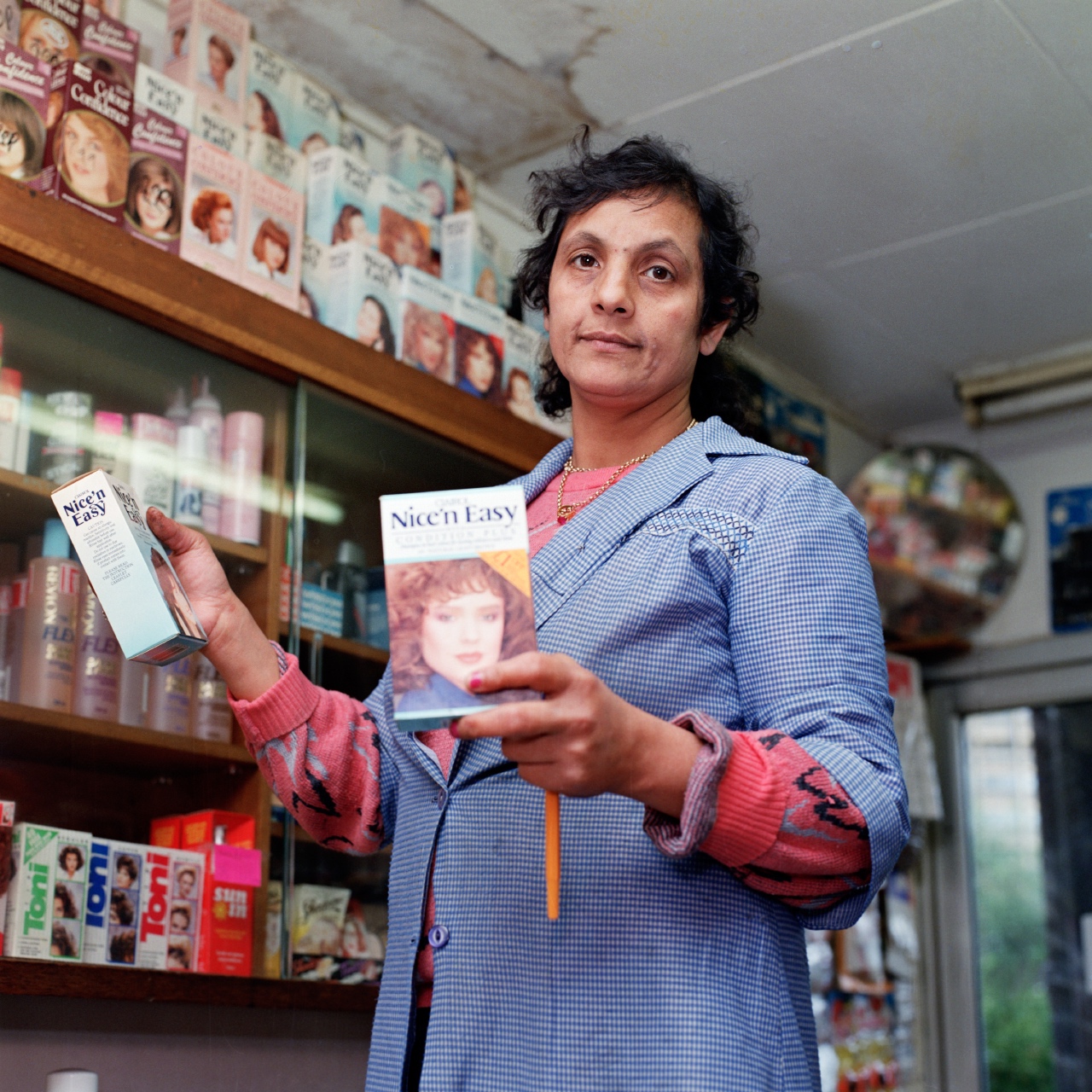 Although Hyde Park’s lively residents take centre stage in Stephenson’s photographs, the gloomy, crumbling concrete in the background tells a different story – as does the “unemployed club” sign at the local youth club and the short-term loan offer at Sue’s corner shop.

“When I first came to Sheffield in 1979 as a student, I used to go to sleep listening to the sound of drop hammers working through the night,” he remembers. “If I drove out, I could see the glow from the steelworks. Sheffield was an industrial city, and then in a very short space of time, everything shut down. It was devastating.”

Unemployment is often cited as the main culprit in the demise of these idealistic superstructures. Once residents were unable to pay their rent, the council were unable to pay for much-needed repairs, making the cheapest option a stick of dynamite. Of course, Margaret Thatcher’s reign over the ’80s didn’t help either; particularly her belief that “there’s no such thing as society,” and her campaign to shift social responsibility from the state onto the individual. 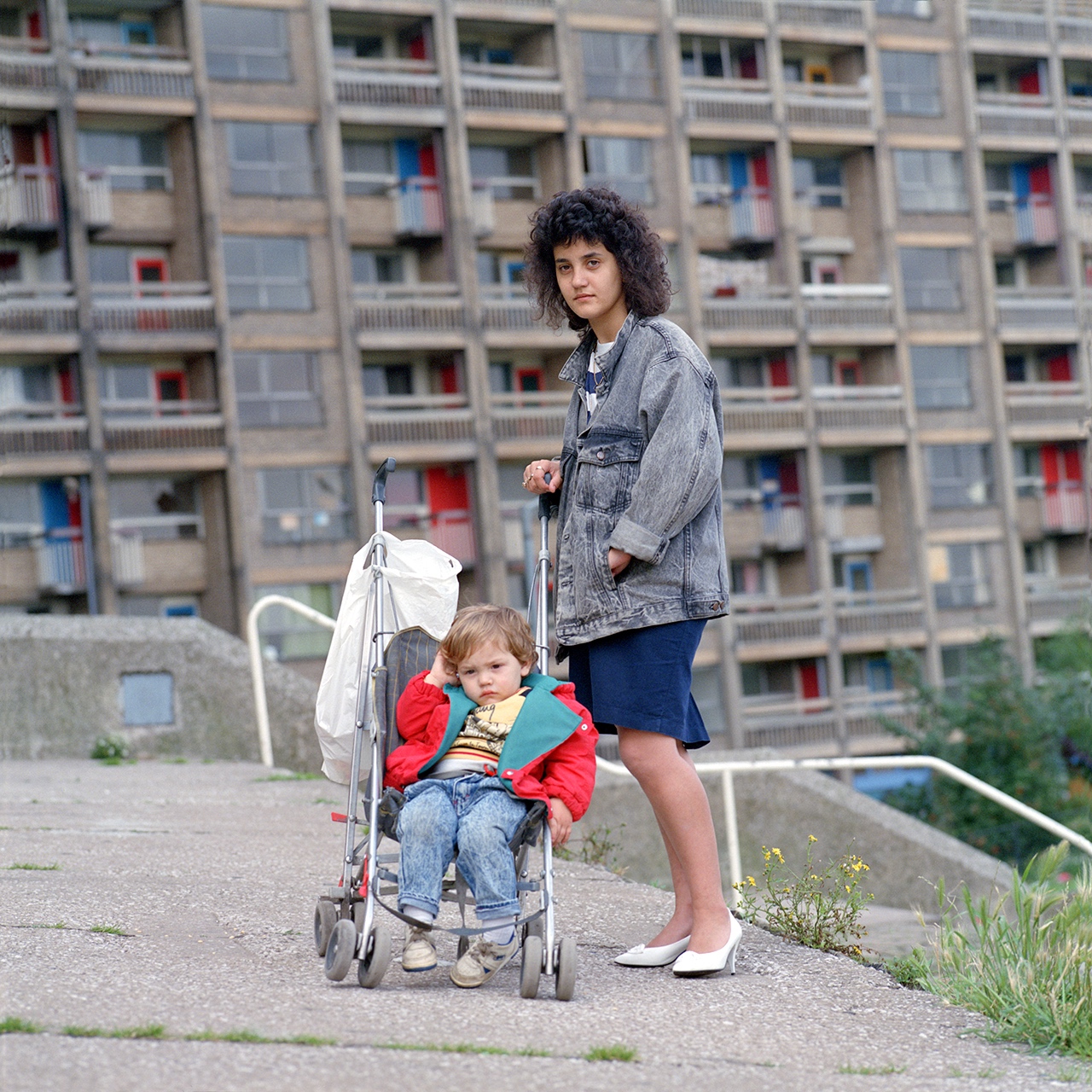 “Hyde Park was a building of its time, and buildings like that aren’t going to be built again,” laments Stephenson. He is almost certainly right, but some of those buildings still stand. Park Hill managed to survive the demolition plan and is now the largest grade II* listed building in Europe.

Both Stephenson and Mayne’s photographs appear in an exhibition at a new art gallery on the estate, and Park Hill is slowly being renovated, offering both private and social lets side by side. Perhaps society isn’t dead – it just looks a little bit different to before. 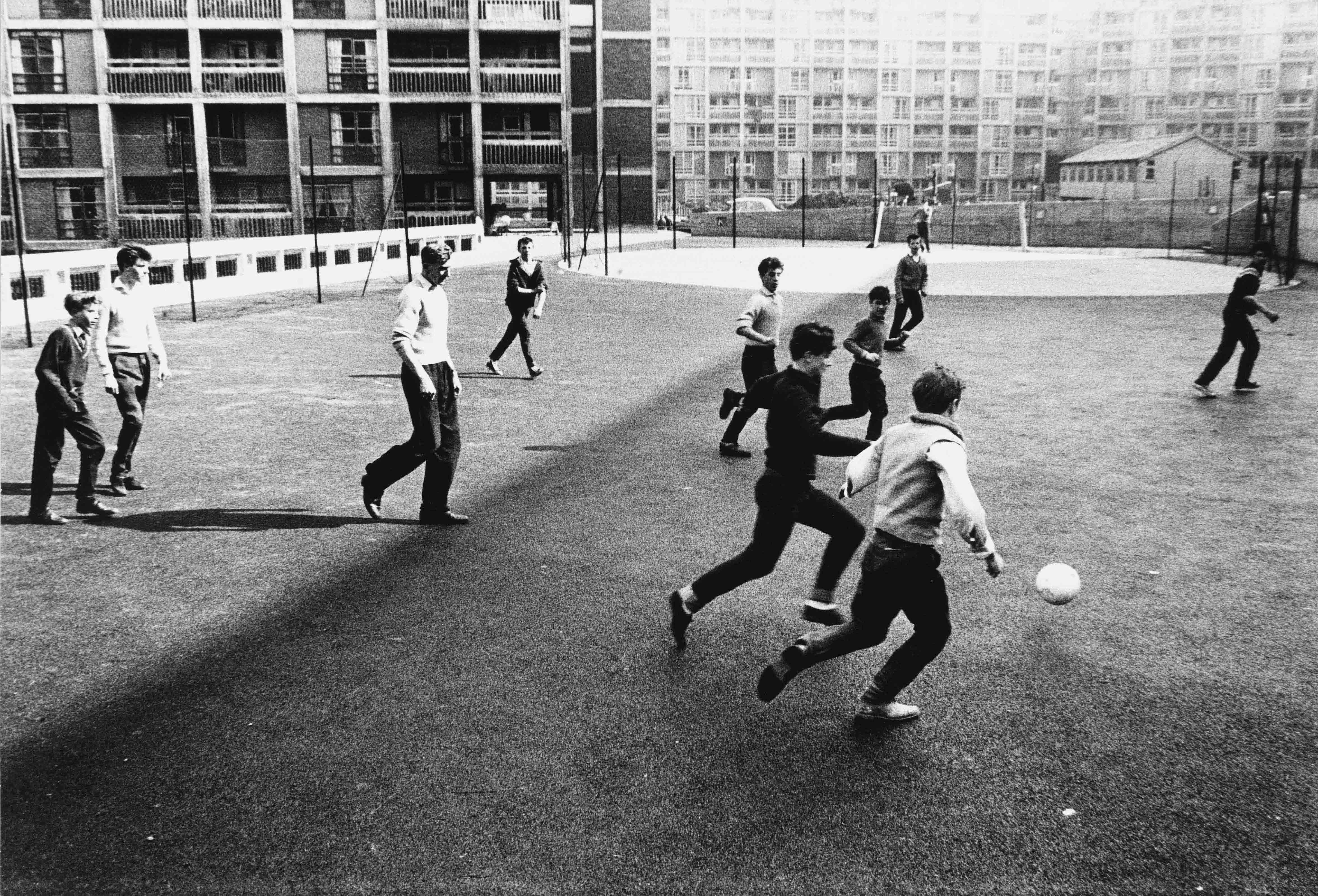 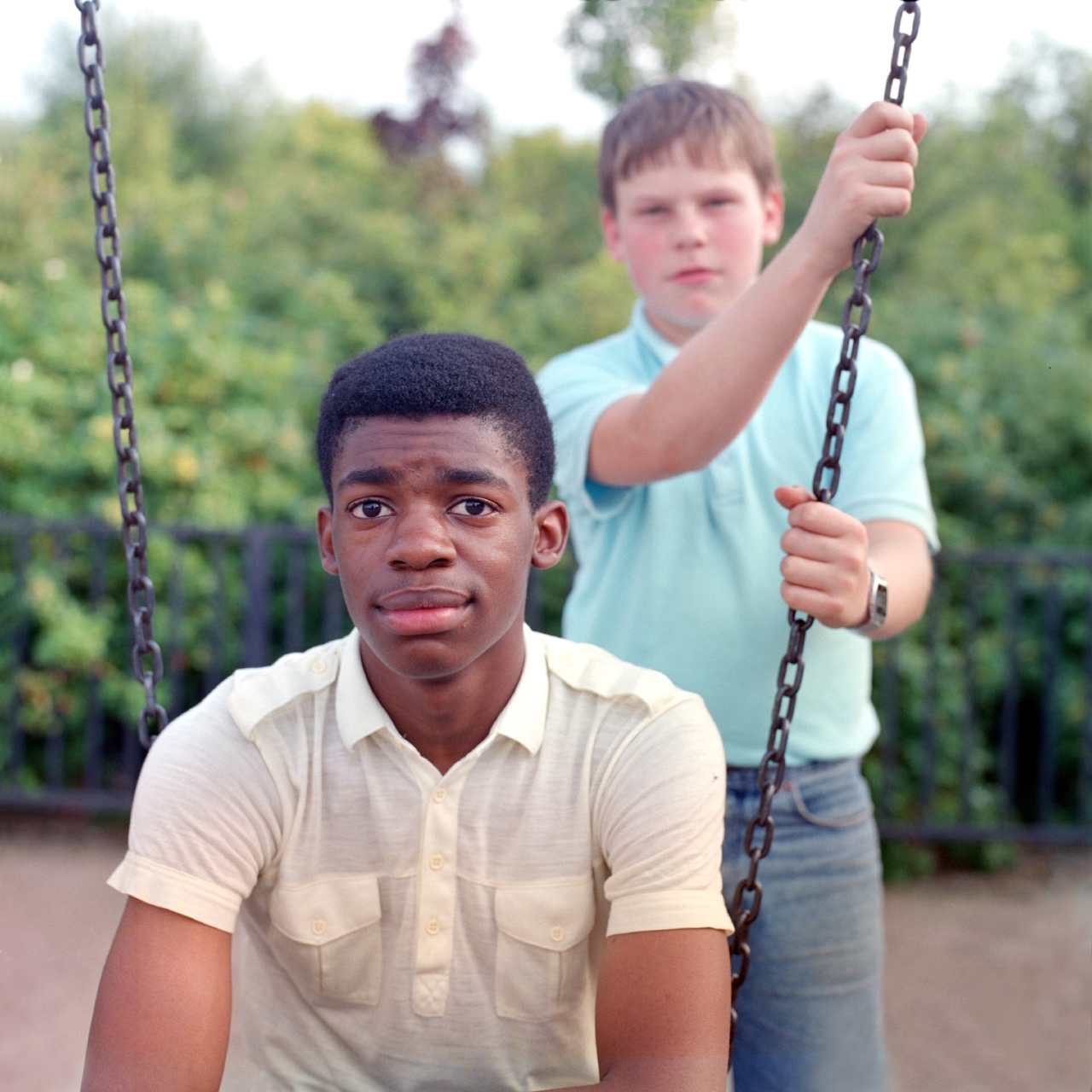 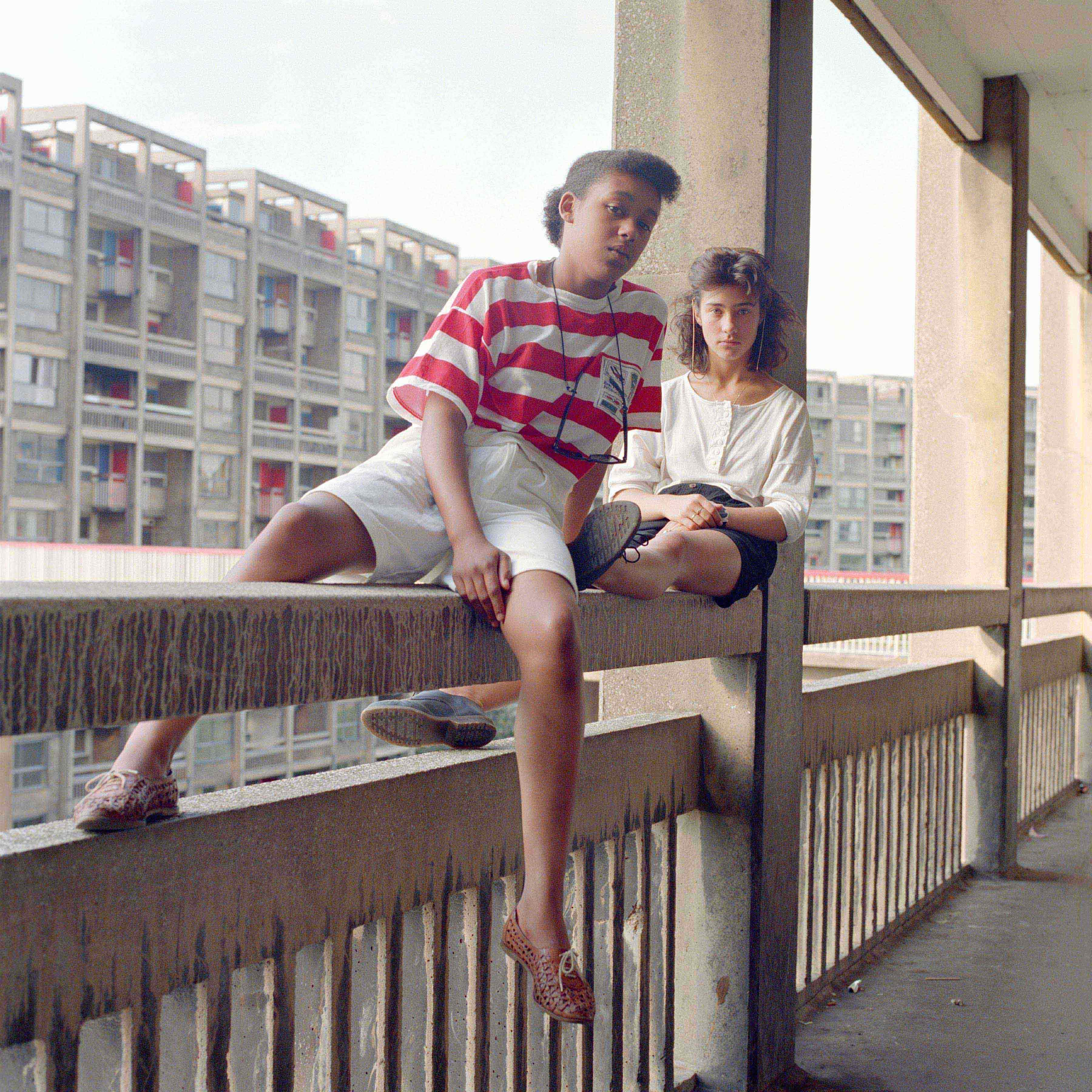 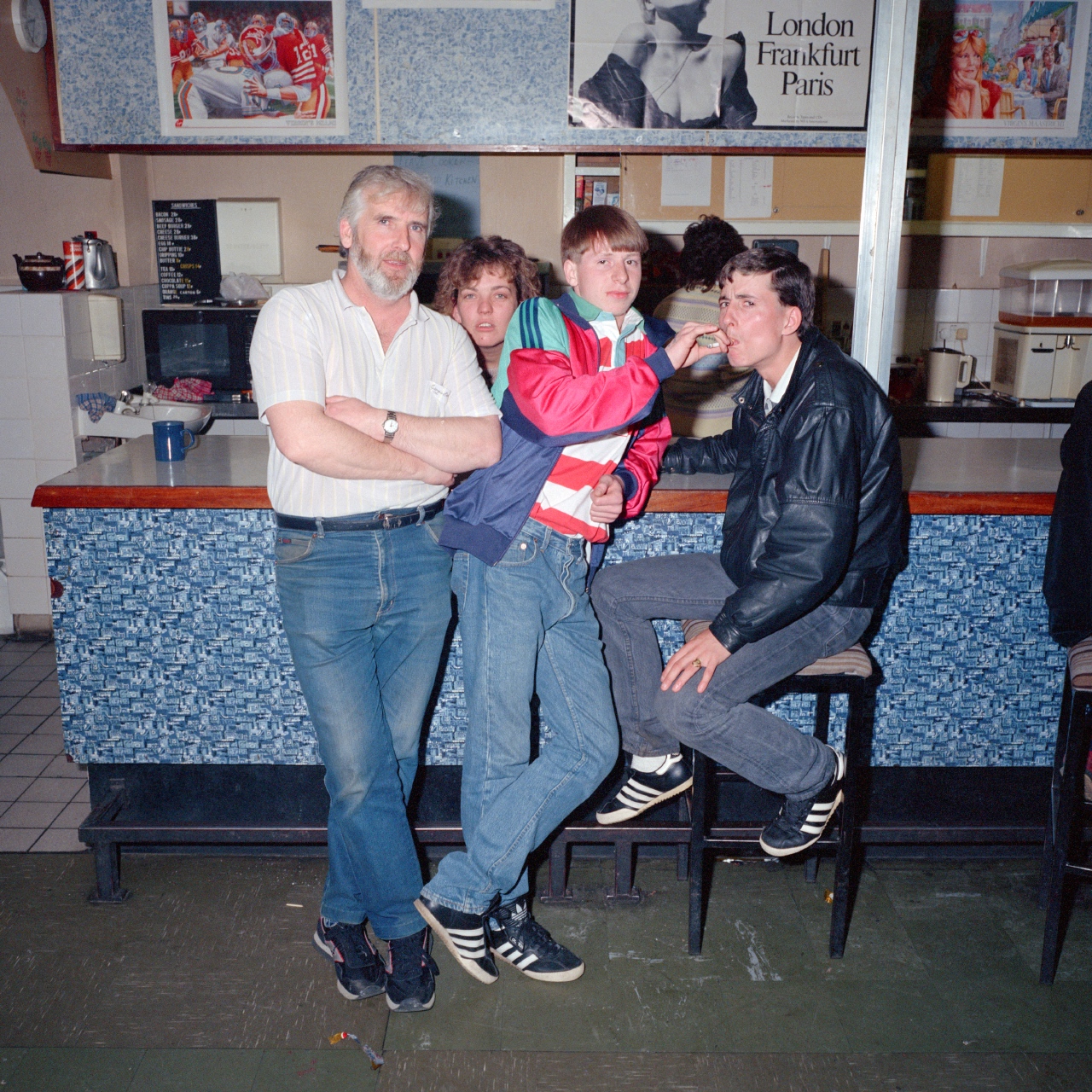 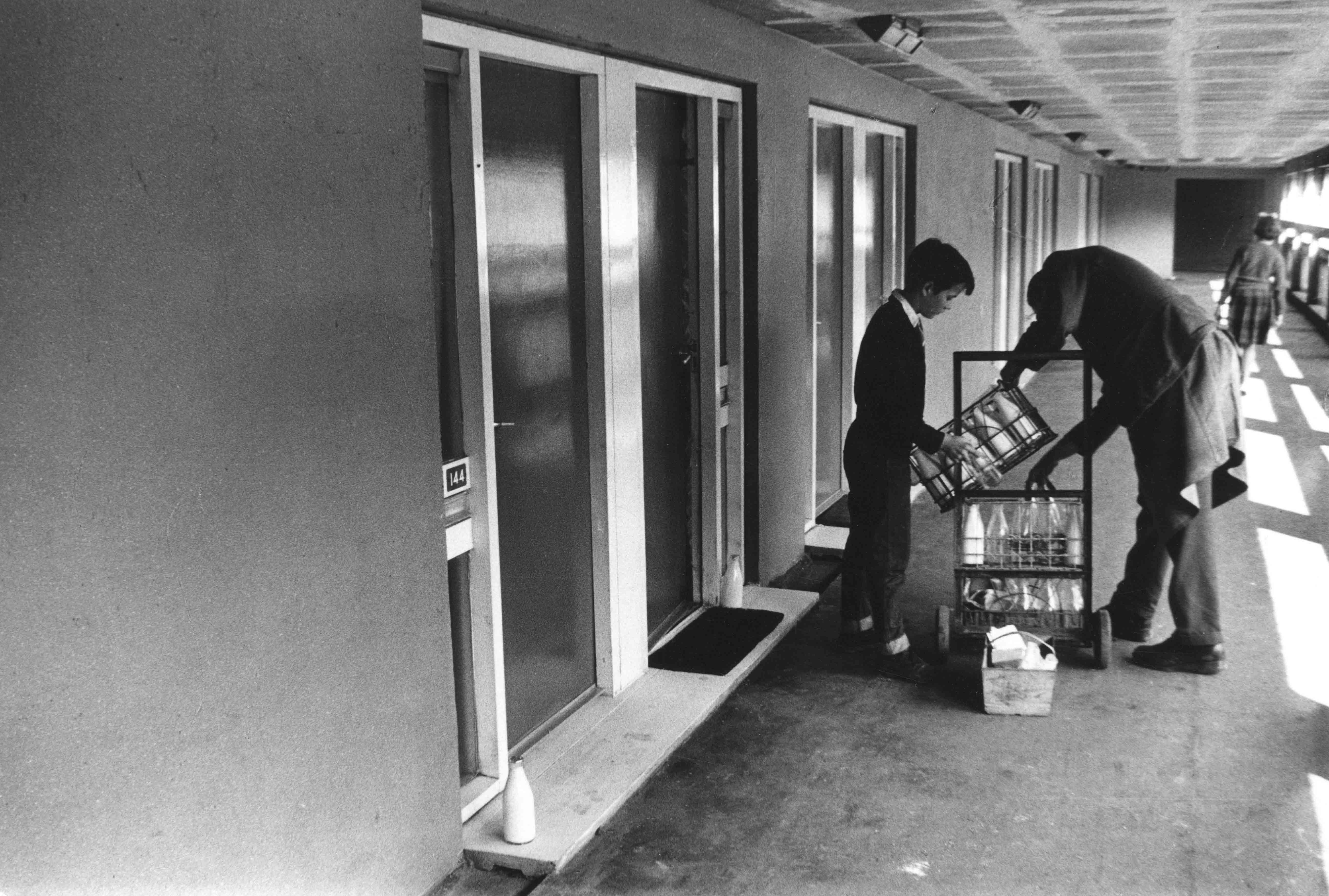 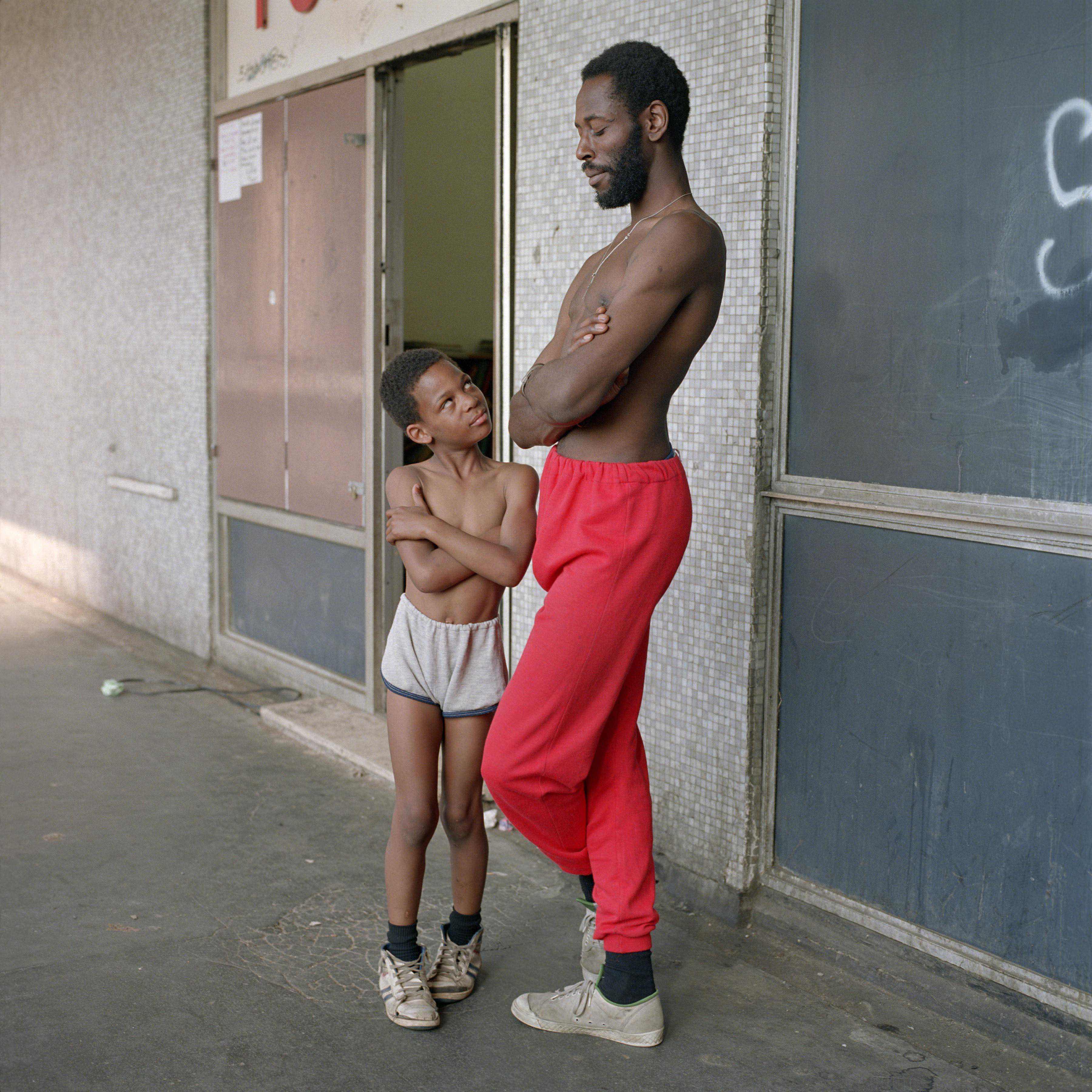 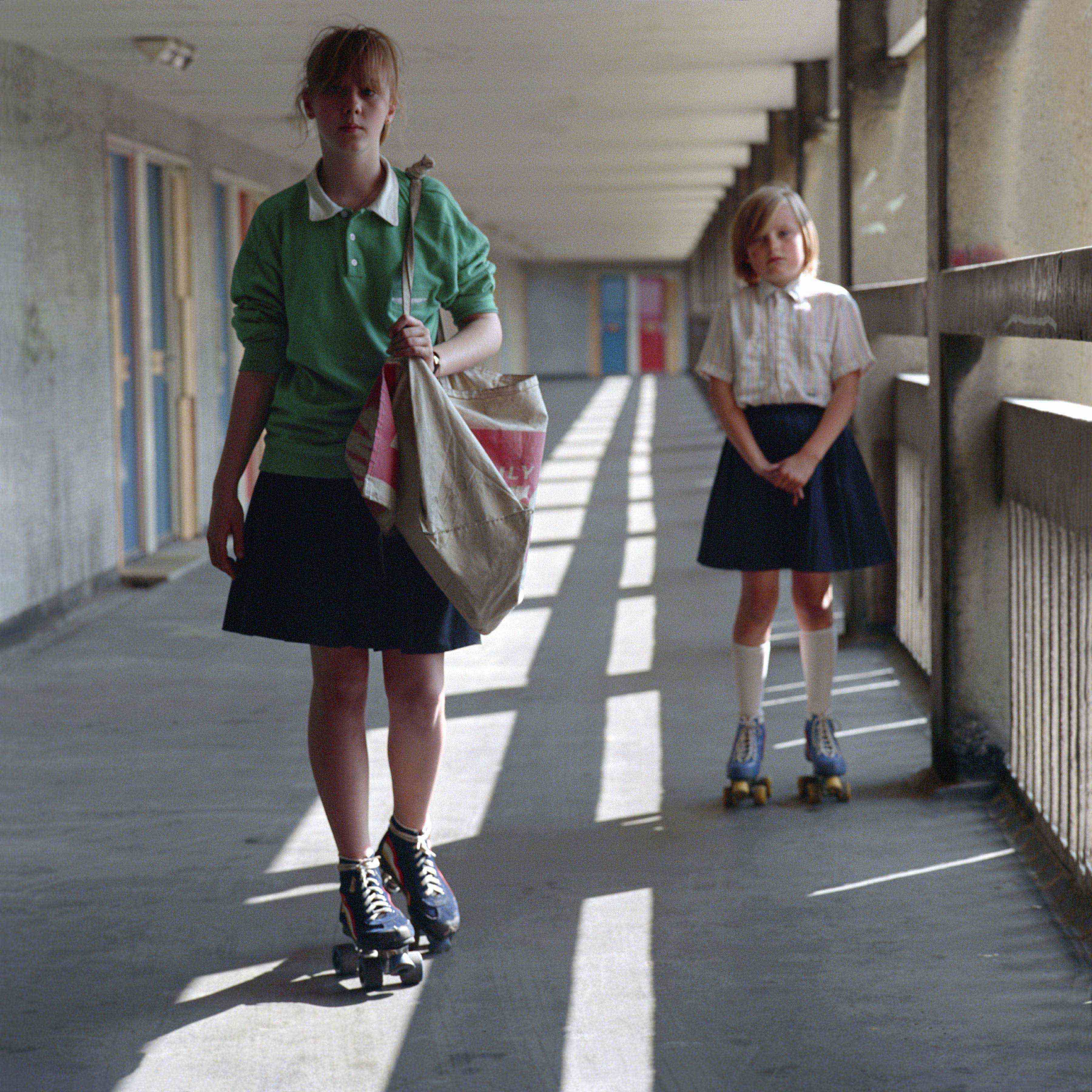 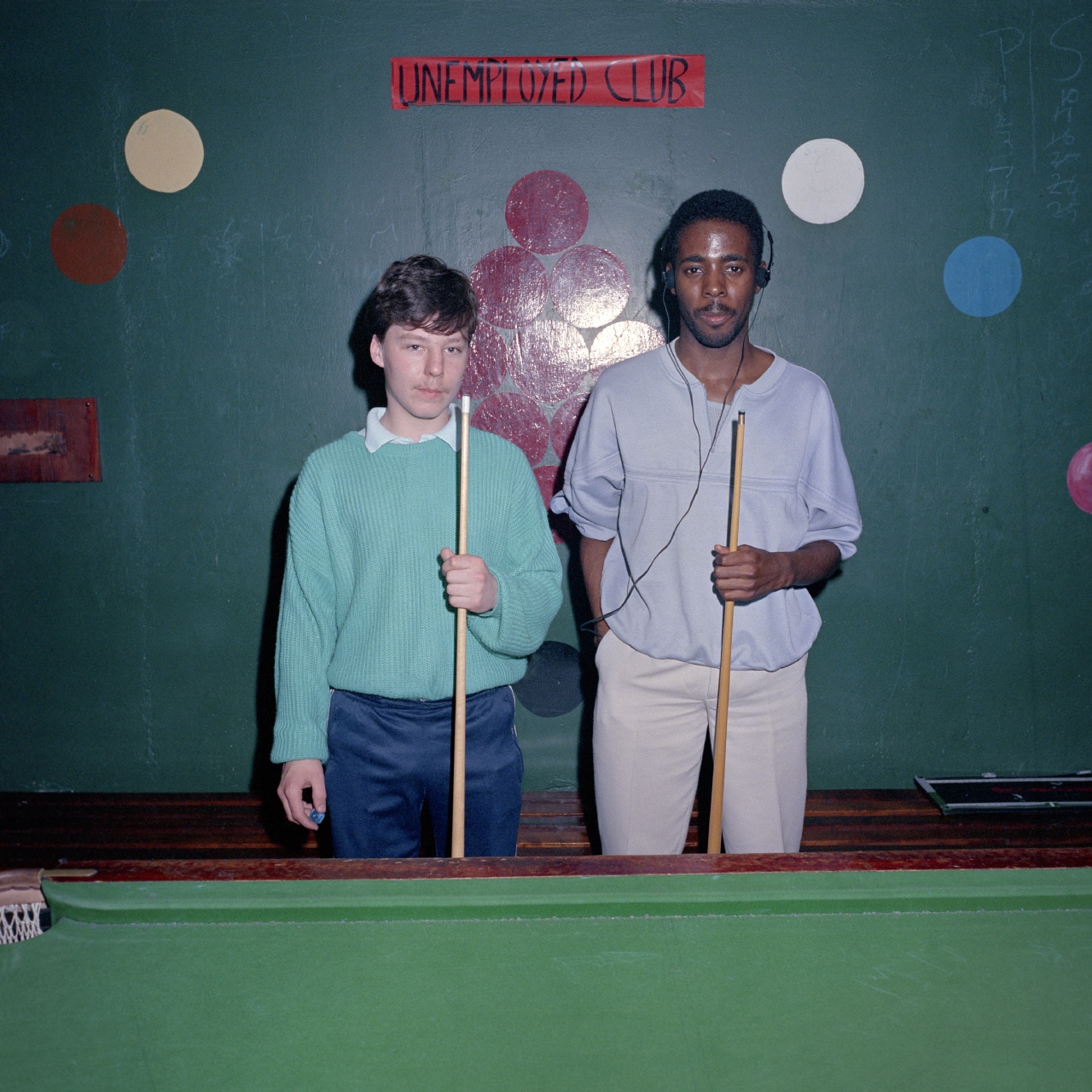 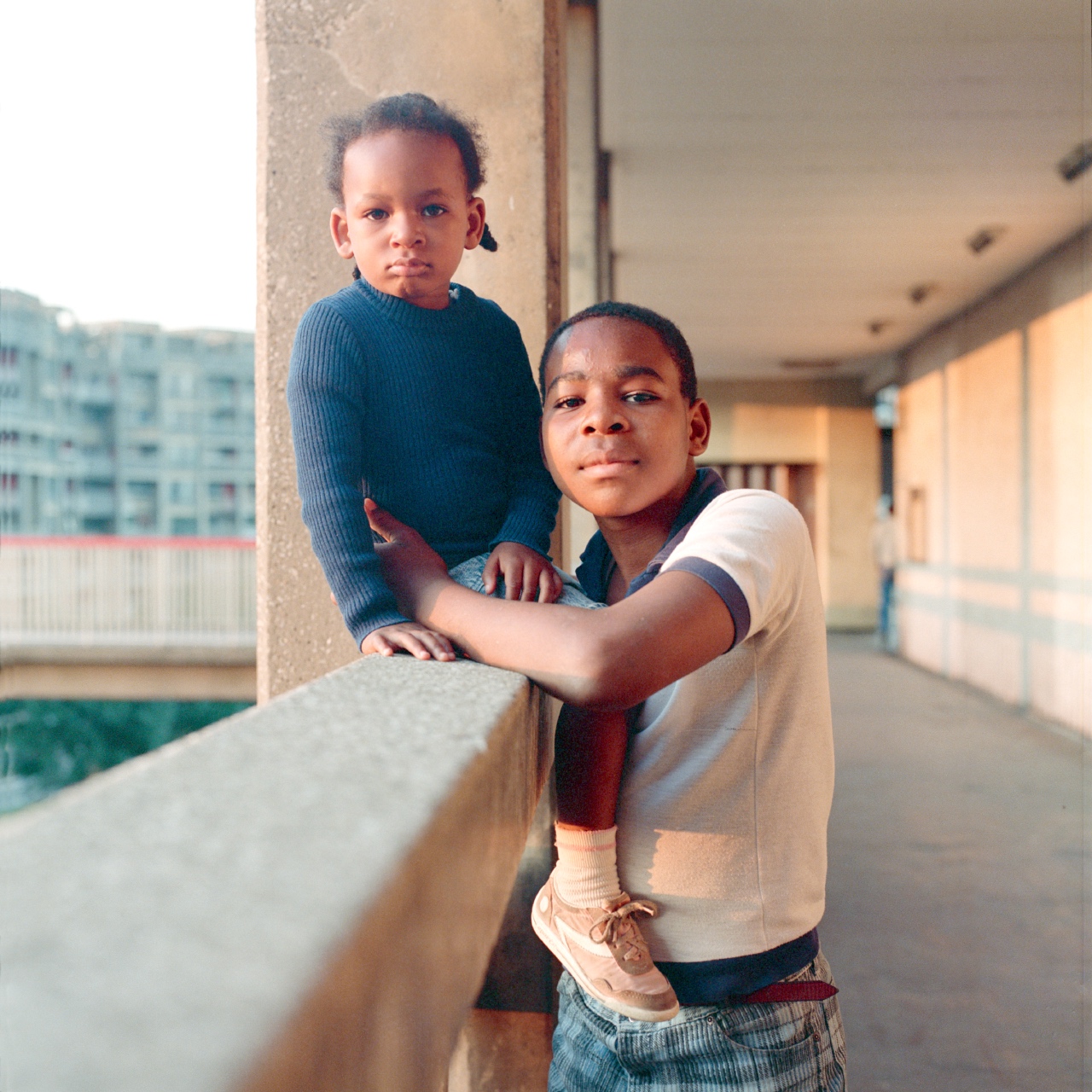 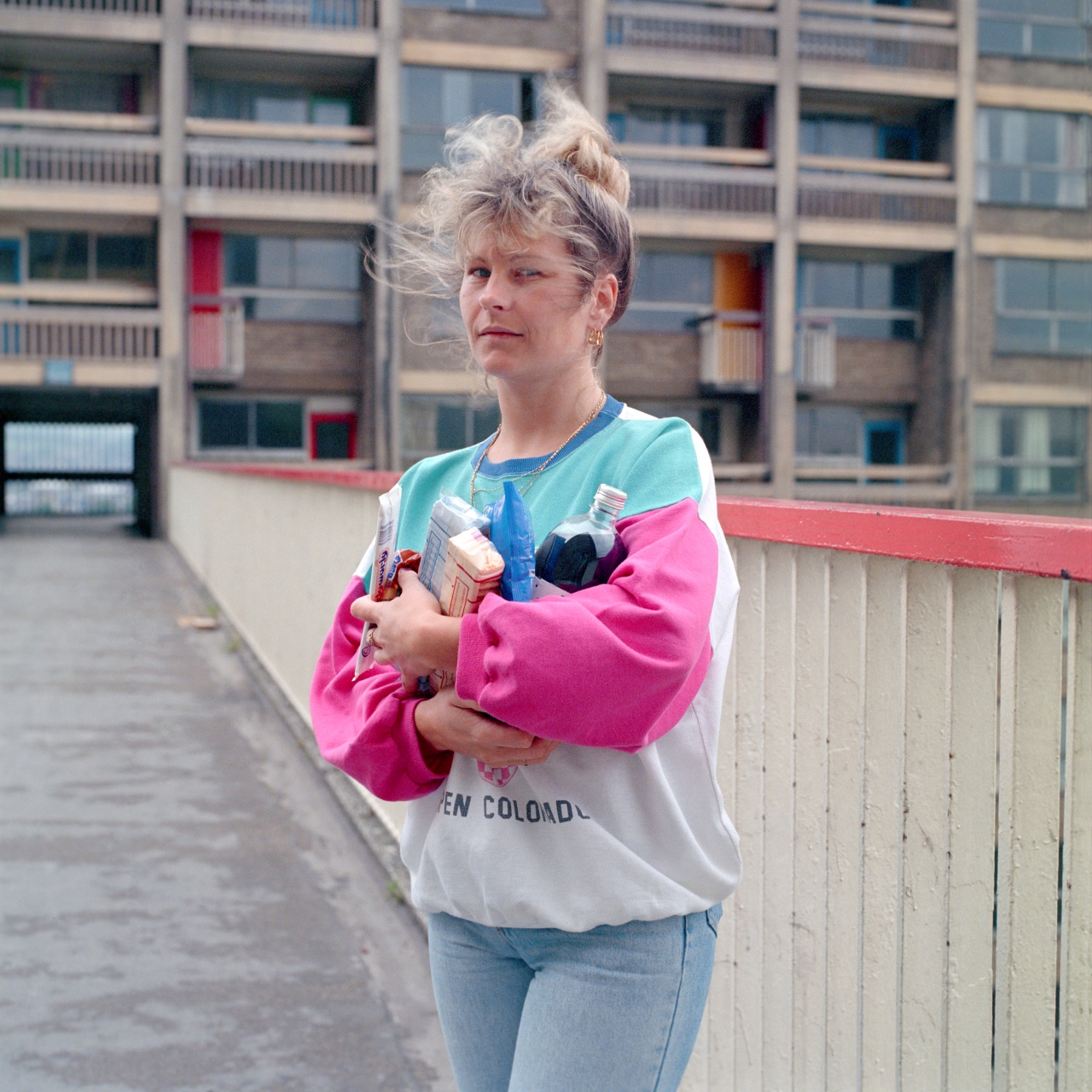 Bill Stephenson, Woman on her way across the bridge between tower blocks. Hyde Park Flats, Sheffield, 1988

Bill Stephenson’s photographs of Hyde Park are on display in Love Among the Ruins: A Romance of the Near Future at S1 Artspace until 15 September.

Linkedin
RELATED ARTICLES
OTHER ARTICLES
Ahead of the release of their first collaborative album, the producer and rapper talk psychedelics and the state of UK hip hop.
A 37-year-old woman shares how her abortion led her to become a clinic worker, and the abuse she’s received in that role.
Yesterday thousands gathered outside Buckingham Palace after news of the Queen’s death broke.
The two-day long event returned to London this year, showcasing a spectacular parade, steel bands and Caribbean food.
Sean Maung’s photos are a love letter to the Black and brown communities that make up New York.
In his 2008 series, the photographer pictured himself as Angela Davis, Martin Luther King Jr., Malcolm X, and other prominent figures.