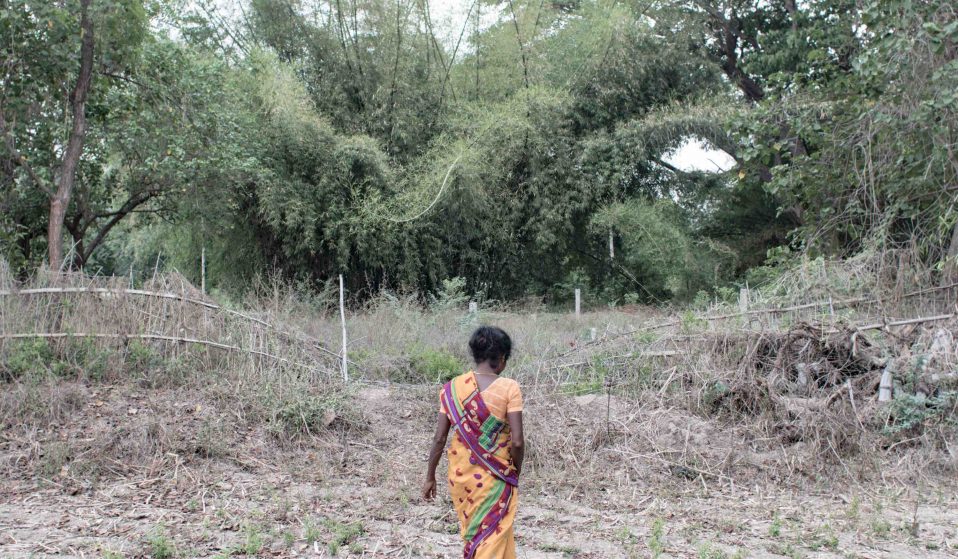 Federico Borella was named Photographer of the Year in the Sony World Photography Awards for Five Degrees – a project exploring the link between climate change and mental health in the drought-hit region of Tamil Nadu, India.

Federico Borella was named Photographer of the Year in the Sony World Photography Awards for Five Degrees – a project exploring the link between climate change and mental health in the drought-hit region of Tamil Nadu, India.

Earlier this month, The Guardian made changes to its house style guide, saying that the terminology used to refer to climate change no longer reflects the severity of the situation. Instead, the favoured terms are now “climate crisis, emergency or breakdown”.

Echoing the words of Swedish teen activist Greta Thunberg, who inspired school protests this May, the underlying sentiment is the same: climate change is not an issue we can afford to ignore; we must take action.

In his project Five Degrees, Italian photojournalist Federico Borella turns his lens on a lesser-known consequence of the climate crisis: the mental health of Indian farmers. “For me, it was important to photograph something invisible, but extremely real and concrete,” Borella tells Huck.

While researching for his project, he came across a study that revealed a positive correlation between climate change and suicide. The study – published in the scientific journal PNAS by Berkeley University researcher Tamma Carleton – analysed climate data from the past 47 years, and compared the figures with the number of farmer suicides in the same period. The research concluded that changes in temperatures which have been occurring since the ’80s, have played a role in the decision by thousands of farmers to take their own lives. 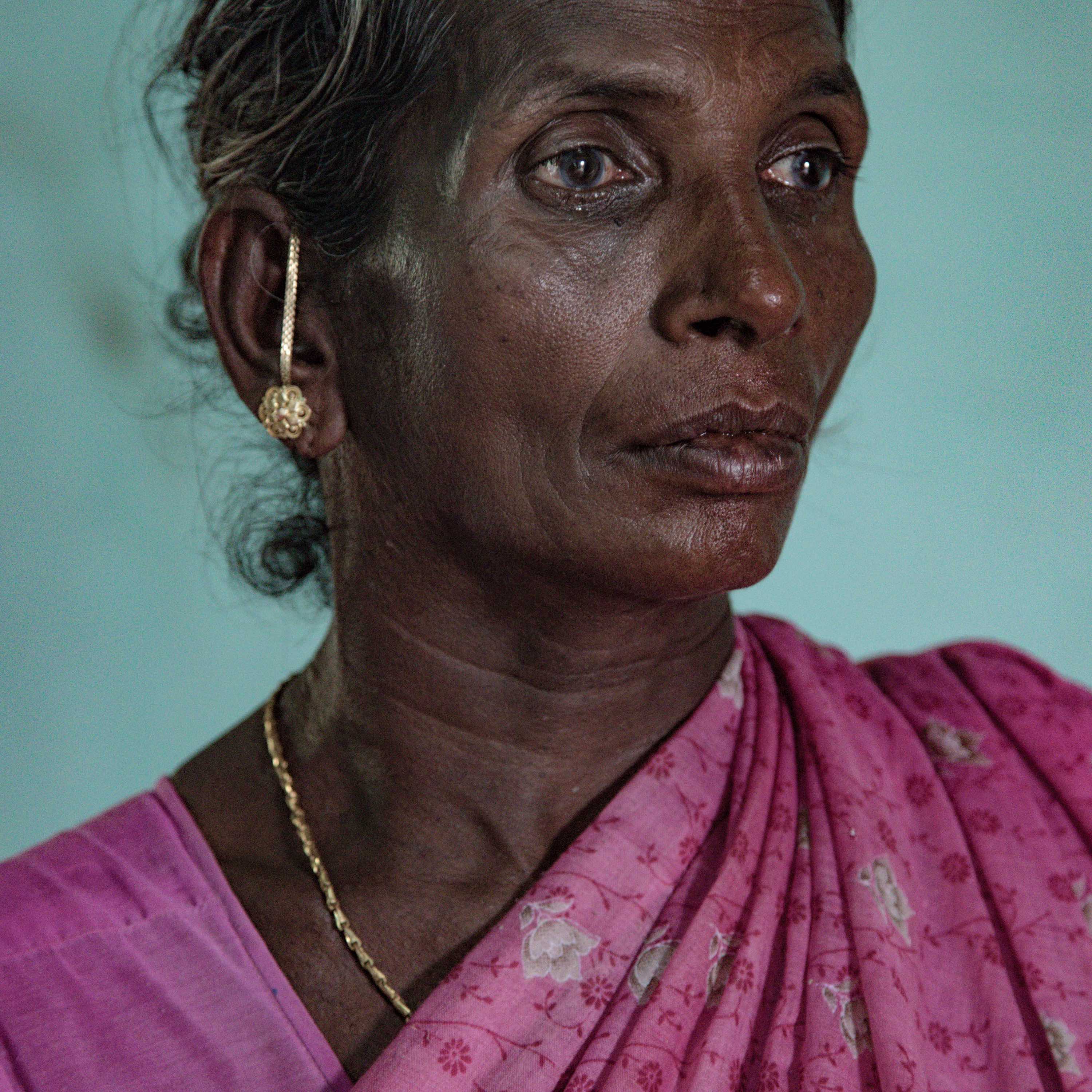 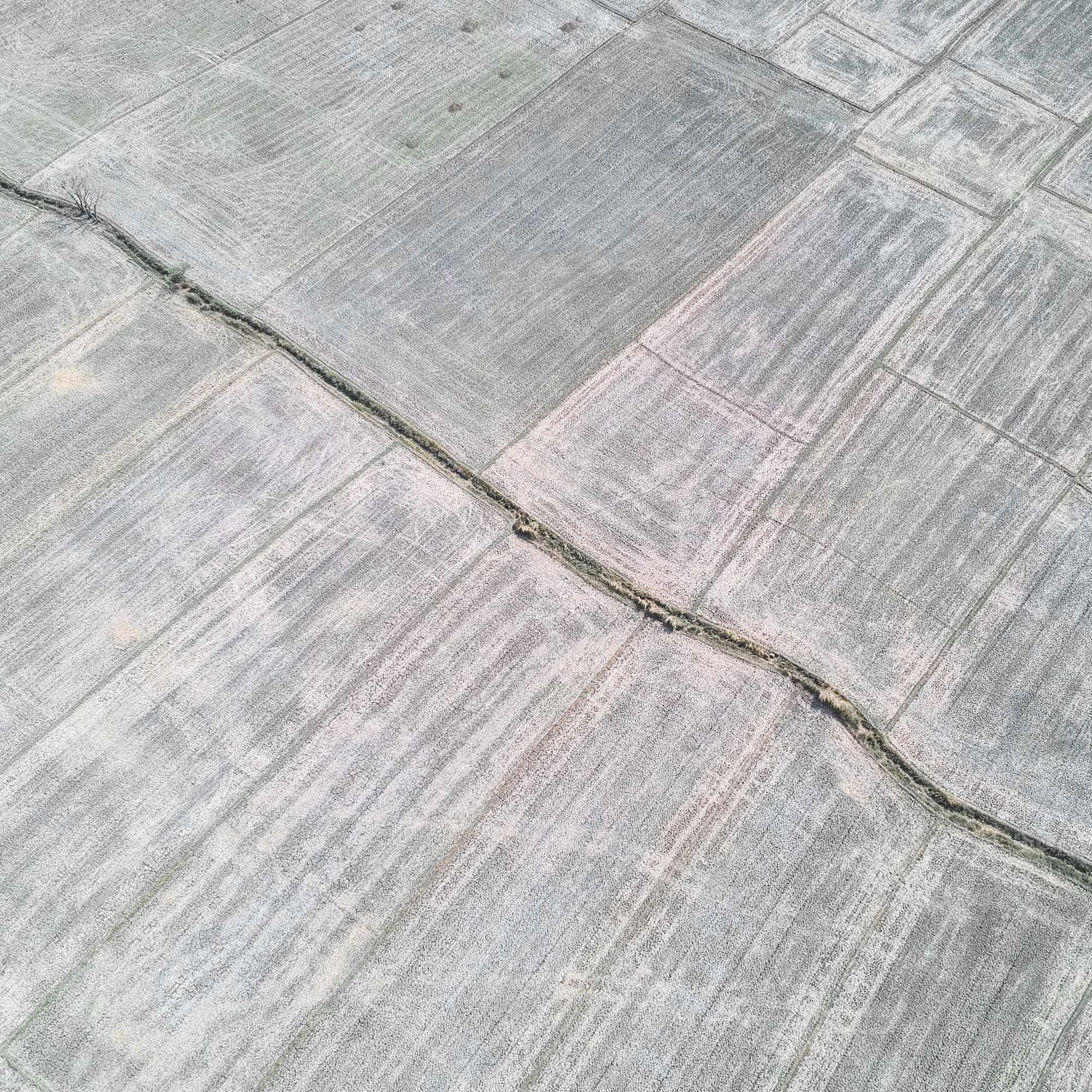 India, Tamil Nadu, May 2018. An aerial view of dry fields near Lalgudi, in Tamil Nadu.

“It is estimated that 59,300 farmer suicides over the last 30 years are attributable to global heating and climate change, and according to experts, temperatures in India could increase by a further 5℉ by 2050 – with worrying consequences for the agricultural sector,” adds Borella.

For his project, he chose to focus on India’s southernmost state of Tamil Nadu, which is facing its worst drought for 140 years. Describing the land, Borella says the majestic rivers that run through it, have now been transformed into “sand highways that stretch as far as the eye can see, from Tiruchi to Poompuhar.”

In total, Borella spent 19 days in the region in May 2018. Through an association of Tamil farmers who organised a mass demonstration in Delhi, he managed to get access to this community and spent time photographing widows left behind by their husbands, who had committed suicide. “For these families fallen into debts, and almost lacking in state help, it is very difficult to raise their voice and to bring this problem to light,” says Borella. 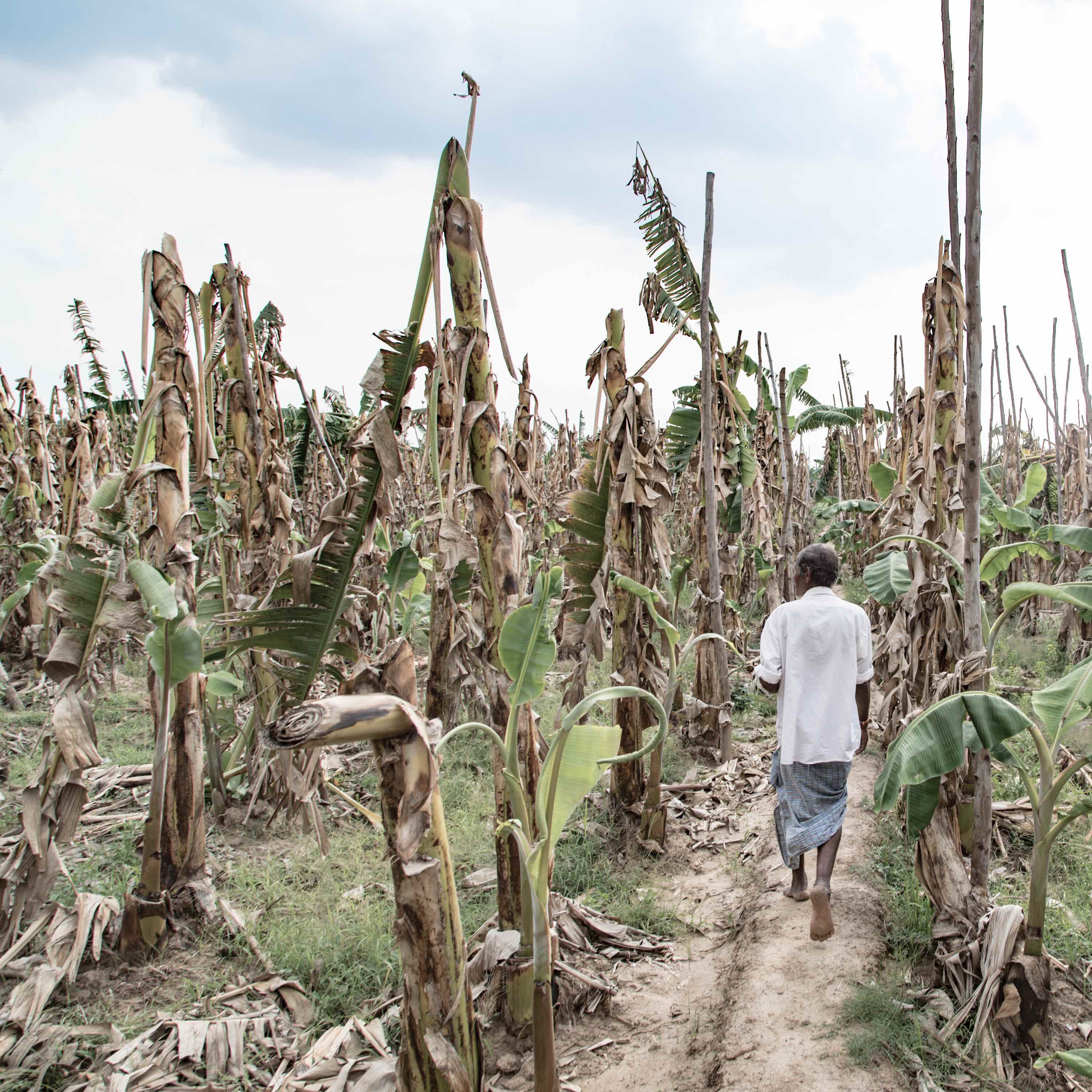 India, Tamil Nadu, May 2018. A farmer in his banana plantation. 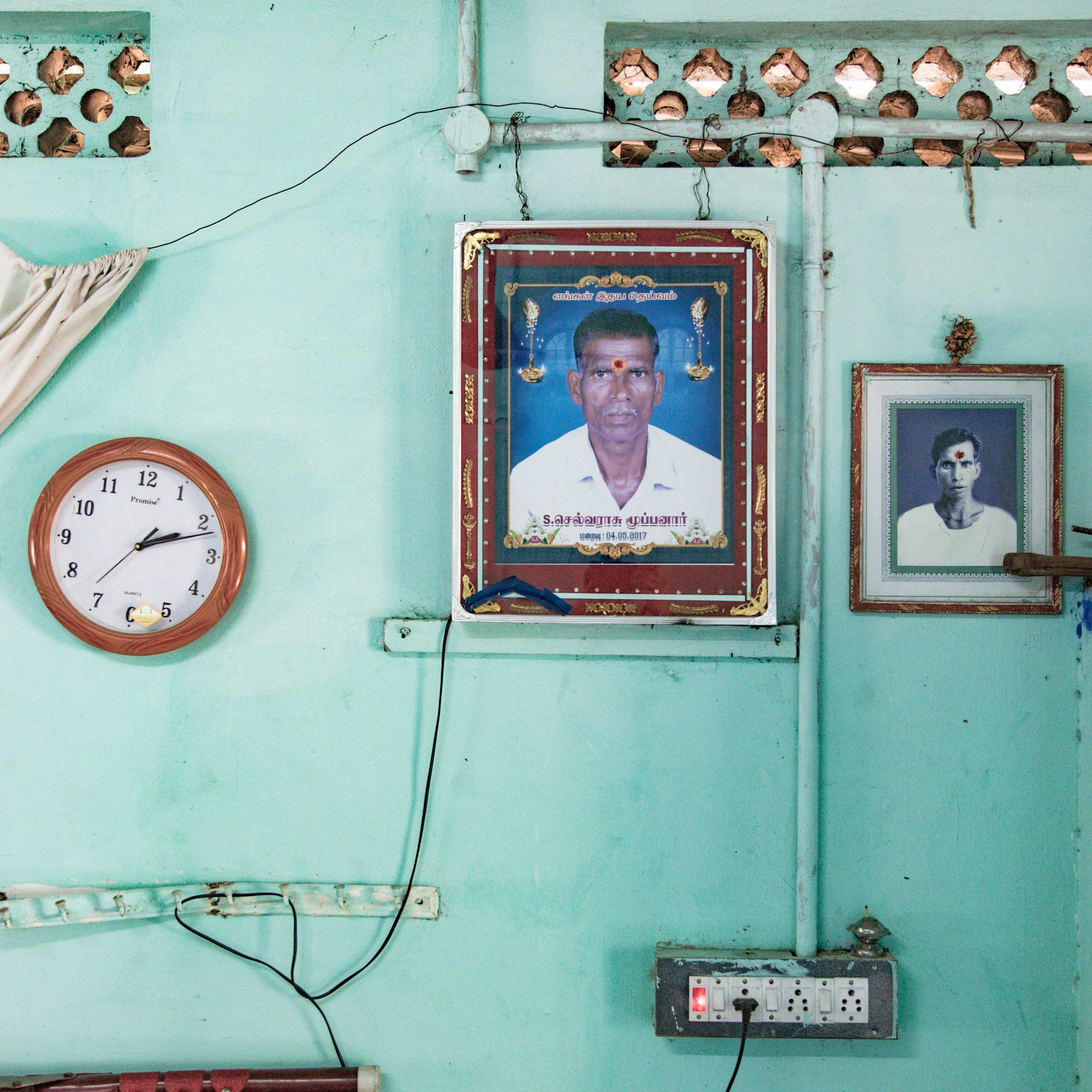 India, Tamil Nadu, May 2018. The commemorative picture of Selvarasy, 65, a farmer who committed suicide on May 2017.

“Because of this, they were all very helpful and open in telling their stories, even though for Indian society, what happened to their family head is considered a huge humiliation.”

“When I landed in India, I had a very clear idea in my mind regarding the way to take pictures. But I spent two months before my departure to understand which was the best way to obtain a certain atmosphere, focusing on two keywords ‘absence’ and ‘loss.’”

A portrait in the series shows one of the women months after her husband committed suicide by drinking a lethal bottle of pesticide. Borella describes how the husband was tired of getting constant requests and intimidations from a manager who granted him a loan. Another photo is an aerial shot of an expanse of arid land, ghostly in its emptiness.

“In my opinion,” says Borella, “the problem is that in the heat of our homes during winter and the cool of our homes during summer, people tend to forget about climate change. As photojournalists, we are here as a reminder, for everybody, even for ourselves.”

“The impact of climate change affects global human well-being. It goes beyond Indian boundaries and threatens mankind as a whole.” 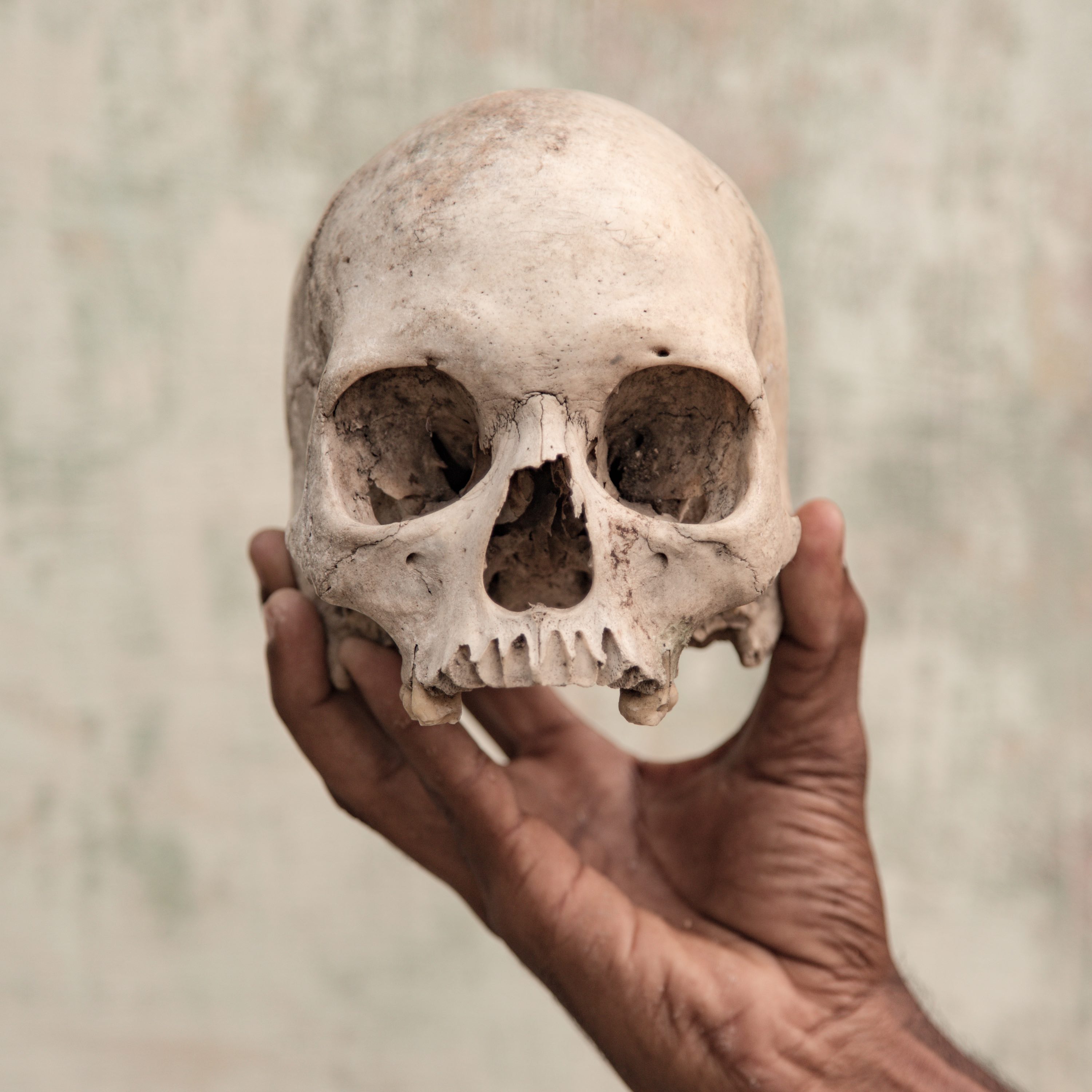 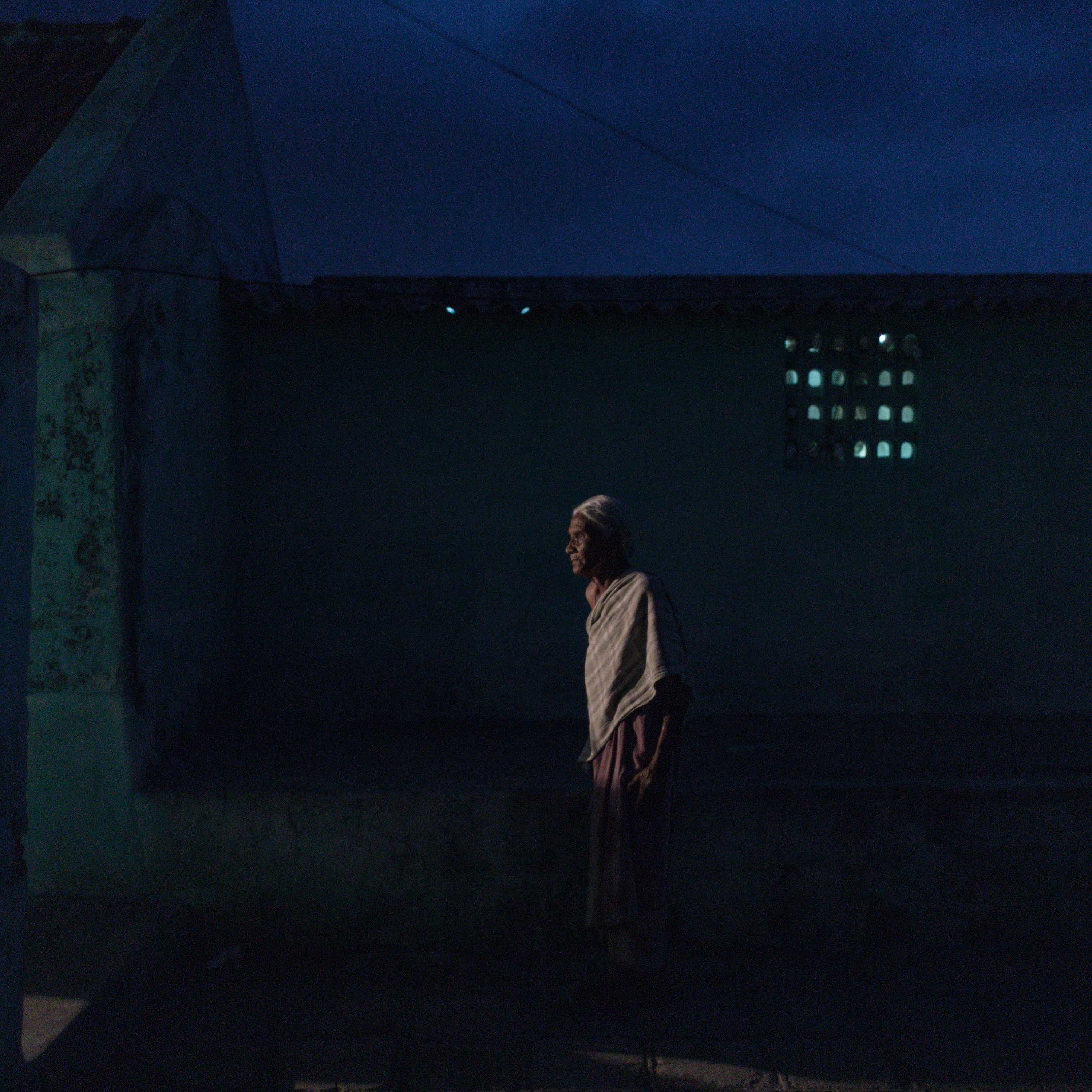 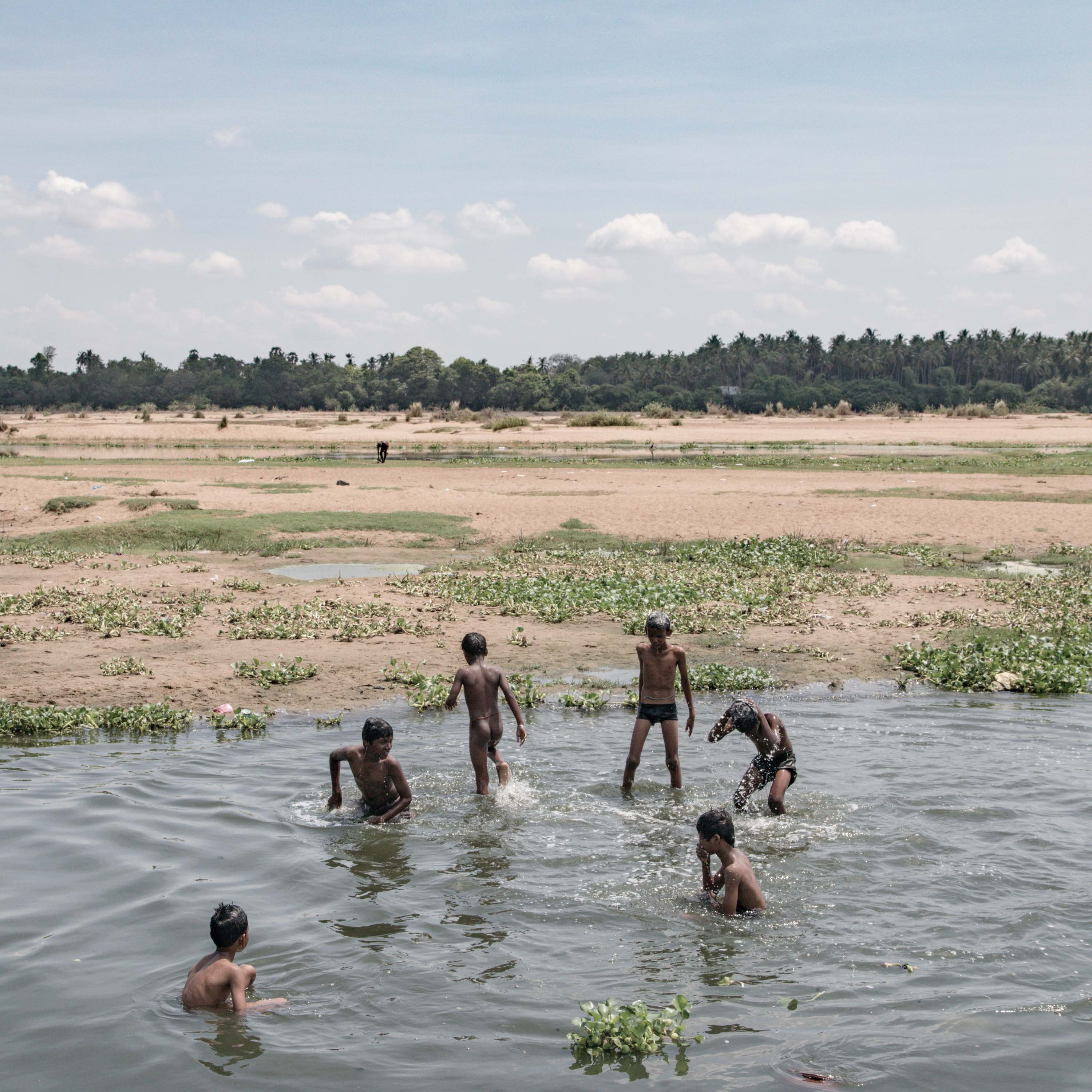 India, Tamil Nadu, May 2018. The reduced flow of water in Kavery river has also caused a spike in pollution levels. 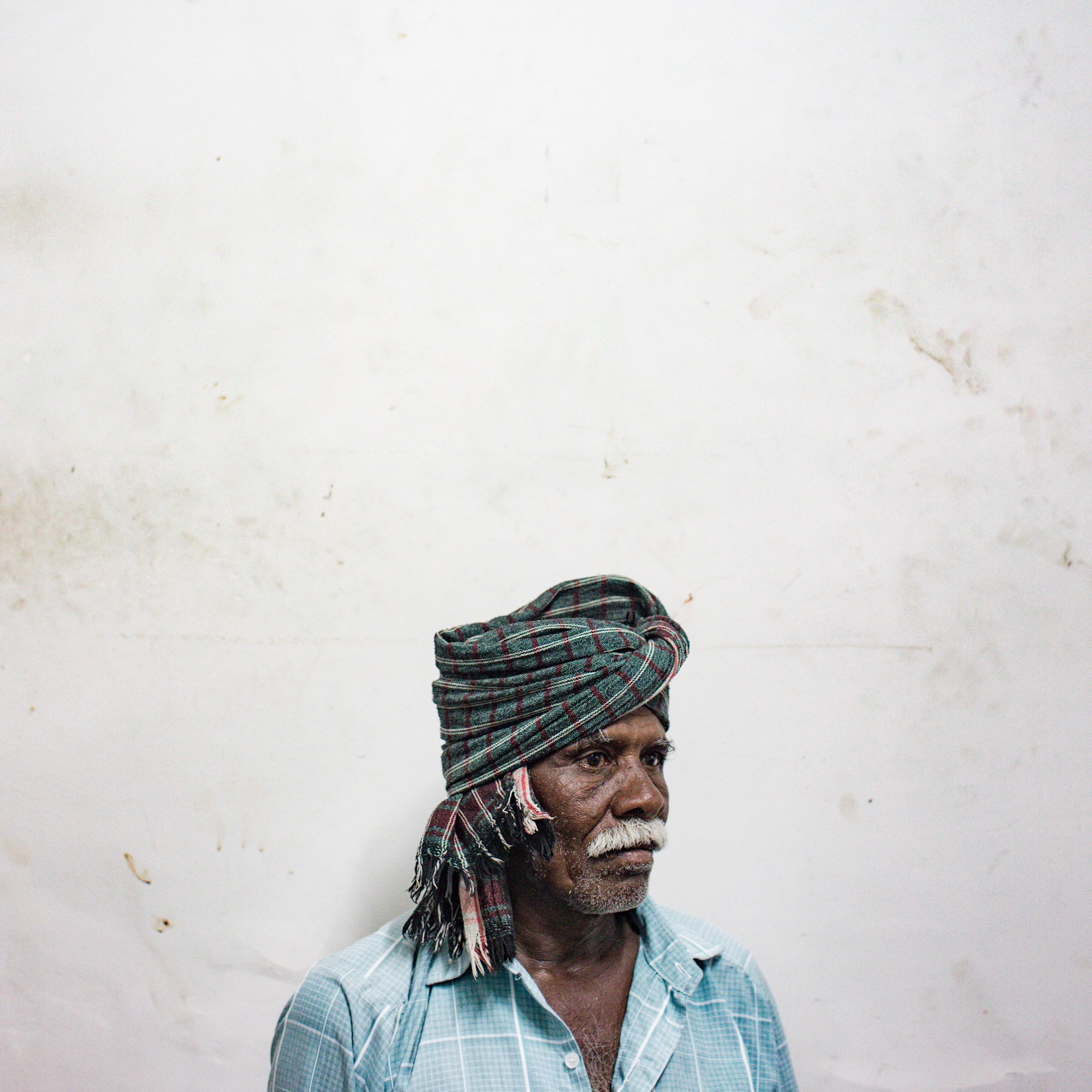 India, Tamil Nadu, May 2018. A portrait of Karpule, a farmer of Tamil Nadu who once worked as farmer. 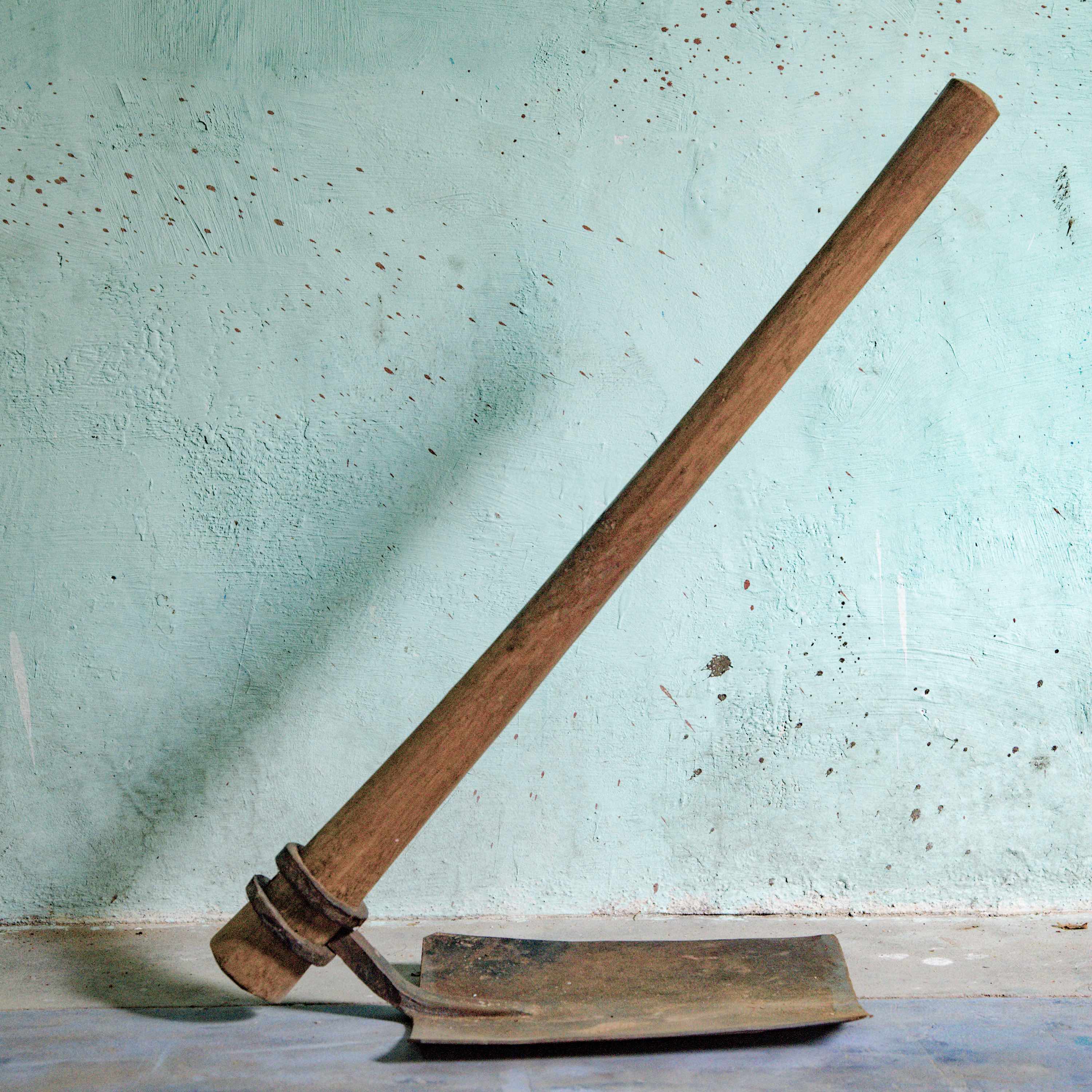 India, Tamil Nadu, May 2018. The shovel used by Selvarasy to work on fields. 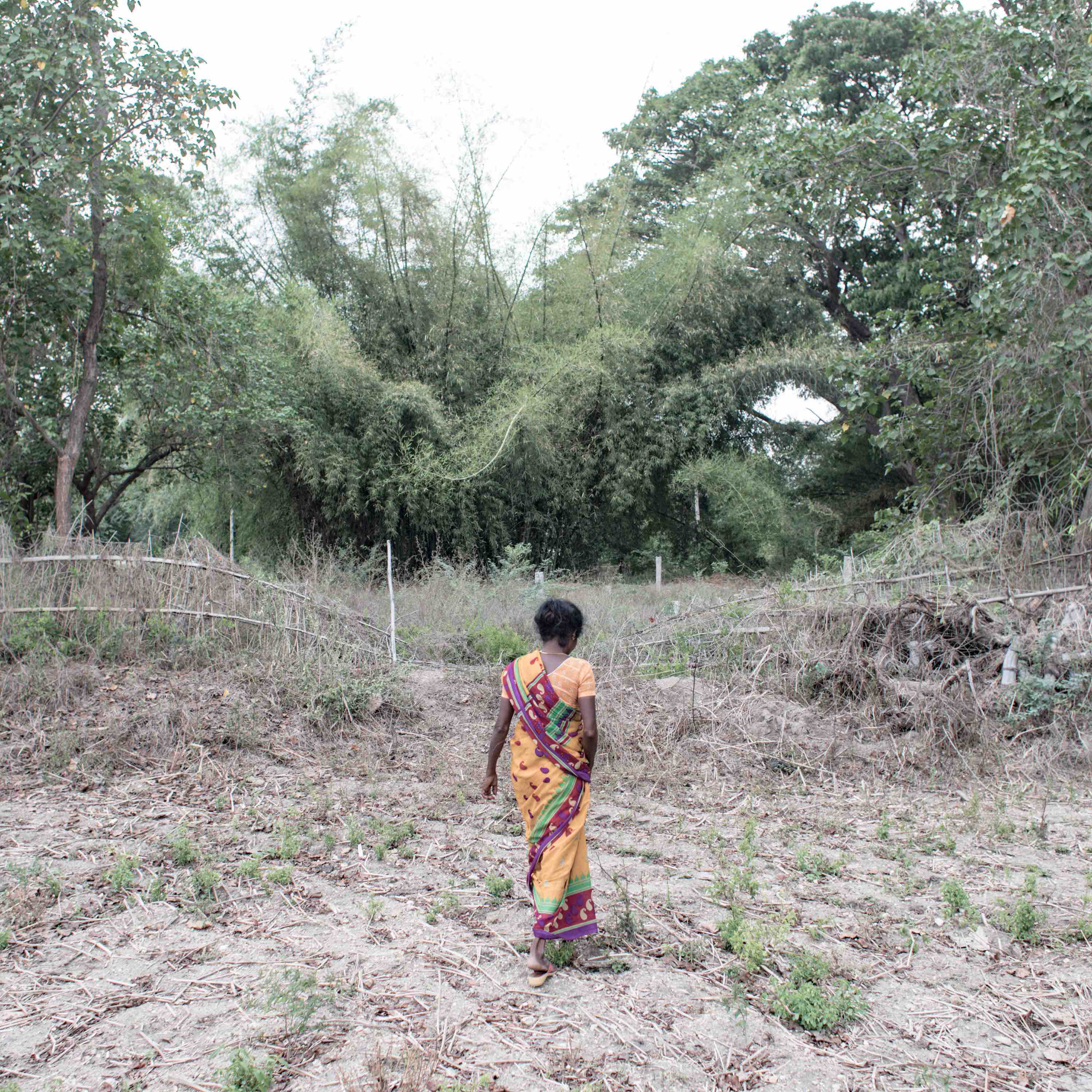 Federico Borella was named Photographer of the Year in the Sony World Photography Awards for his project Five Degrees.

Linkedin
RELATED ARTICLES
OTHER ARTICLES
Birdy Chu reflects on documenting the historic moment in which the territory was formally passed back from the UK to China.
Rhiannon Adam spent three months capturing an ageing society wracked by division, isolation, and the aftermath of scandal.
With skyrocketing rents, packed out viewings, bidding wars and more, renting in London has never been harder.
Yesterday thousands gathered outside Buckingham Palace after news of the Queen’s death broke.
A 37-year-old woman shares how her abortion led her to become a clinic worker, and the abuse she’s received in that role.
In his 2008 series, the photographer pictured himself as Angela Davis, Martin Luther King Jr., Malcolm X, and other prominent figures.