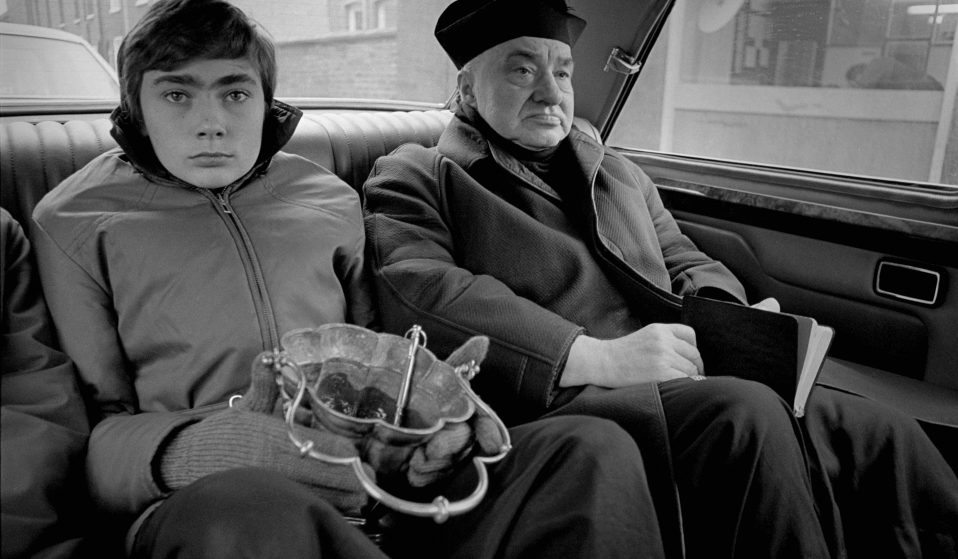 After moving with his parents from war-torn Poland to Leicestershire, Czesław Siegieda took up photography to document the day-to-day of immigrant life.

After moving with his parents from war-torn Poland to Leicestershire, Czesław Siegieda took up photography to document the day-to-day of immigrant life.

For the first few years of his life, Czesław Siegieda slept under the curved metal roof of a Nissen hut, on an RAF airfield turned displaced persons camp in Leicestershire. His parents, along with 250,000 other Poles, had moved to Britain in the years following the Second World War. They were members of a generation who had seen their country ravaged by war and Soviet occupation.

Over time they formed small communities, all the while believing they were only ‘temporary guests’ in Britain. At the age of 13, Siegieda took up photography. Later, inspired by the storytelling of W. Eugene Smith, André Kertész, and Josef Koudelka, his childhood hobby became a unique work of documenting the overlooked day-to-day aspects of his parents’ generation.

“They grouped together as communities and kept their familiar traditions going,” he remembers. “They formed Polish Saturday morning schools for their children so that they could teach them the Polish language, customs, traditions, that little bit of Polish history., but more importantly, their religion – prayers, catechism and so on – so that they remained within the Roman Catholic faith.”

Speaking English at school and Polish at home, Siegieda moved seamlessly between lives. “When I was a teenager a lot of people asked whether I was Polish or English, and I honestly couldn’t make up my mind. It was such a confusing question. For me, it was quite normal to switch from one to another. I never saw myself as an outsider.” 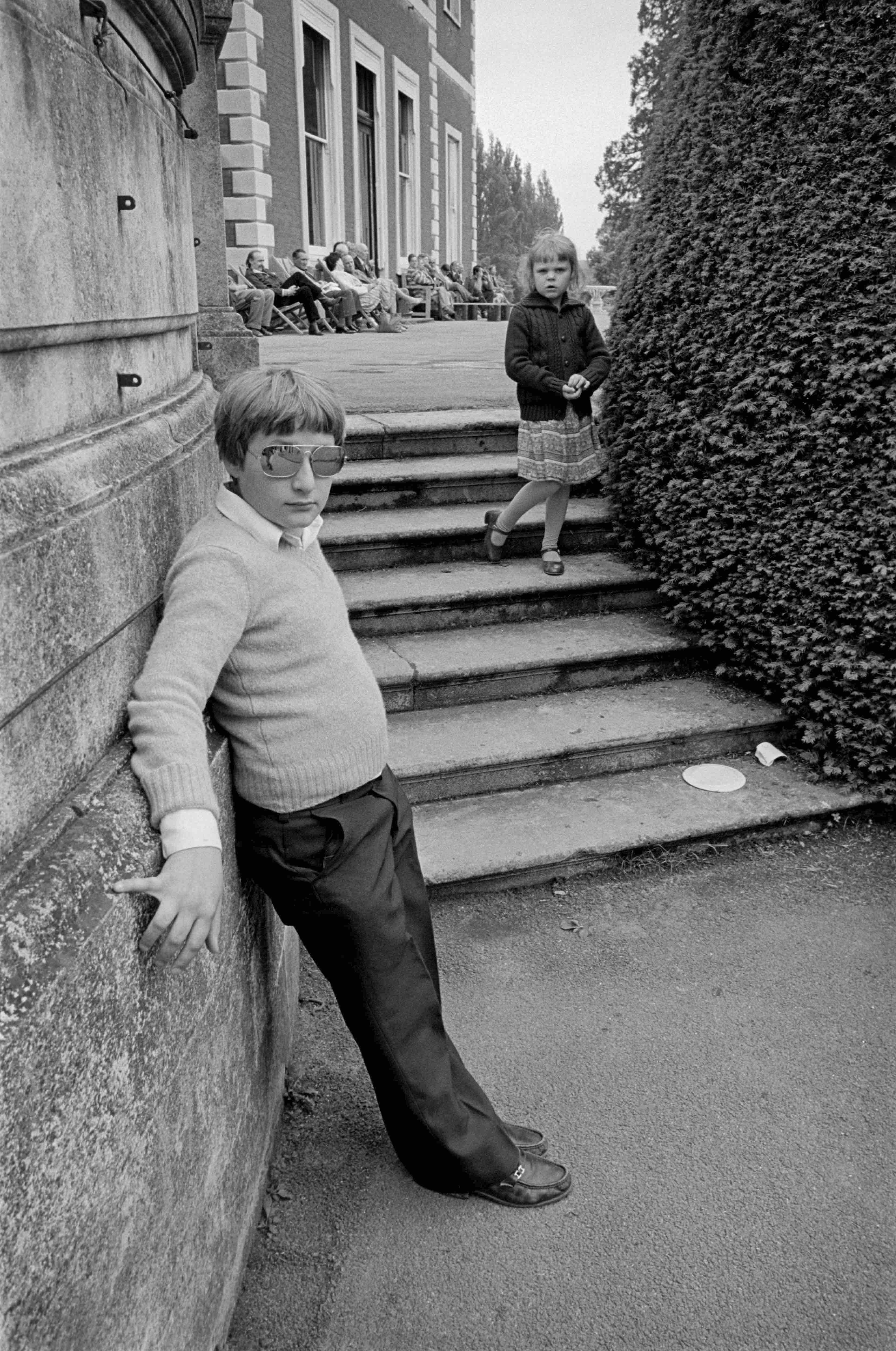 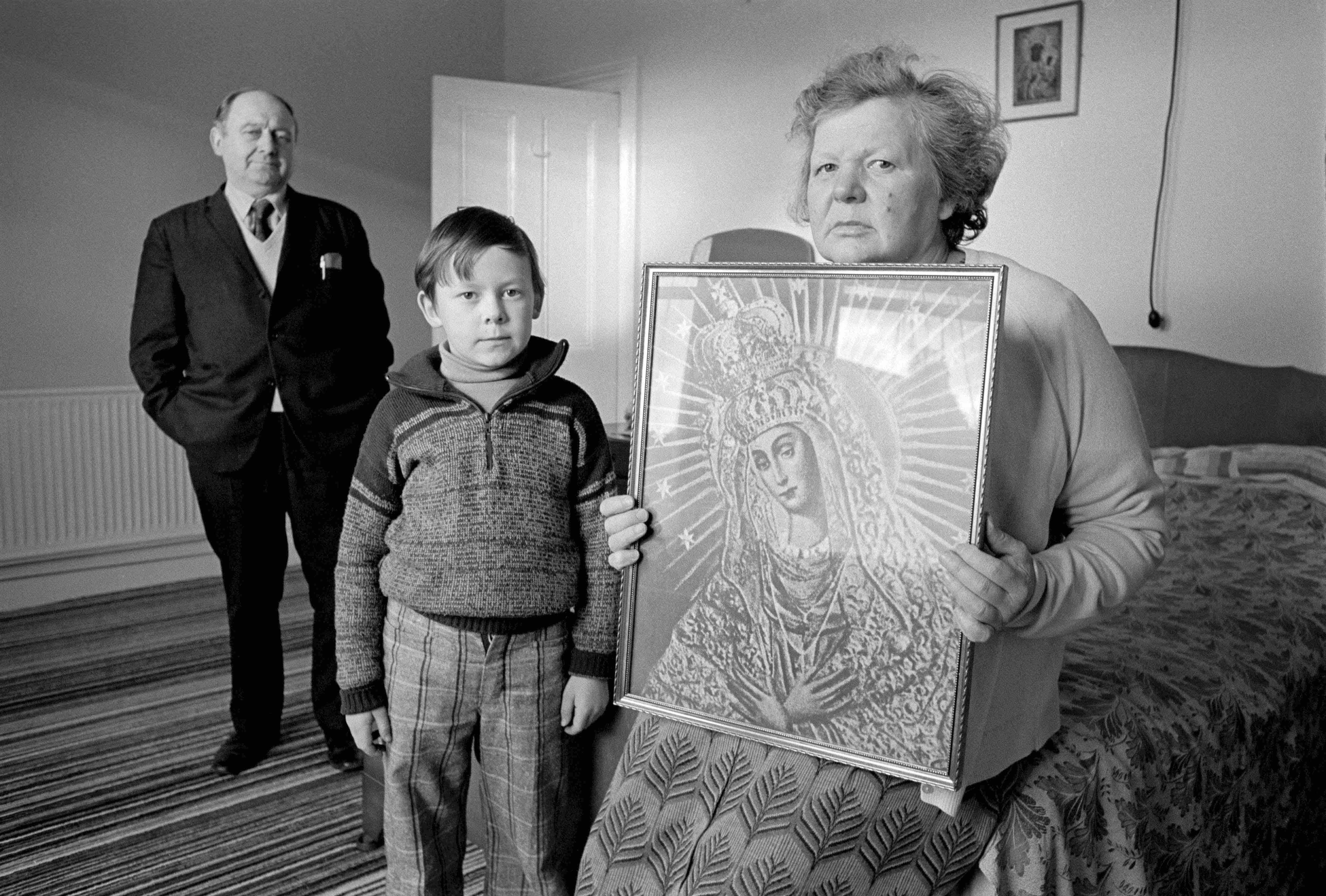 He puts his inquisitiveness down to his informal role as a translator for his widowed mother: “I realised that gave me an ability to be sensitive around people, to observe them and to understand them.”

“When my father died I realised that they’d been through a lot – and they were fairly tough people. However, I was aware that everything I was experiencing and seeing was coming to an end when these people died, which is why I tried to take as many photographs when I could.”

The story of the first generation of Poles to live in the UK is little heard, much less seen. Siegieda explains how the community tended to look inwards, in part because of the racist prejudice they faced, but also because they saw themselves as guests in a foreign country, even as their children came to feel British and as the prospect of returning to an independent Poland diminished.

“They were biding their time without really knowing if it would come around,” he adds, finally. “When the Iron Curtain came down I didn’t really detect a sense of relief, I think they were so used to being in this country – their lives were formed in this country, their homes were here now – that they didn’t express any great wish to go back to Poland.” 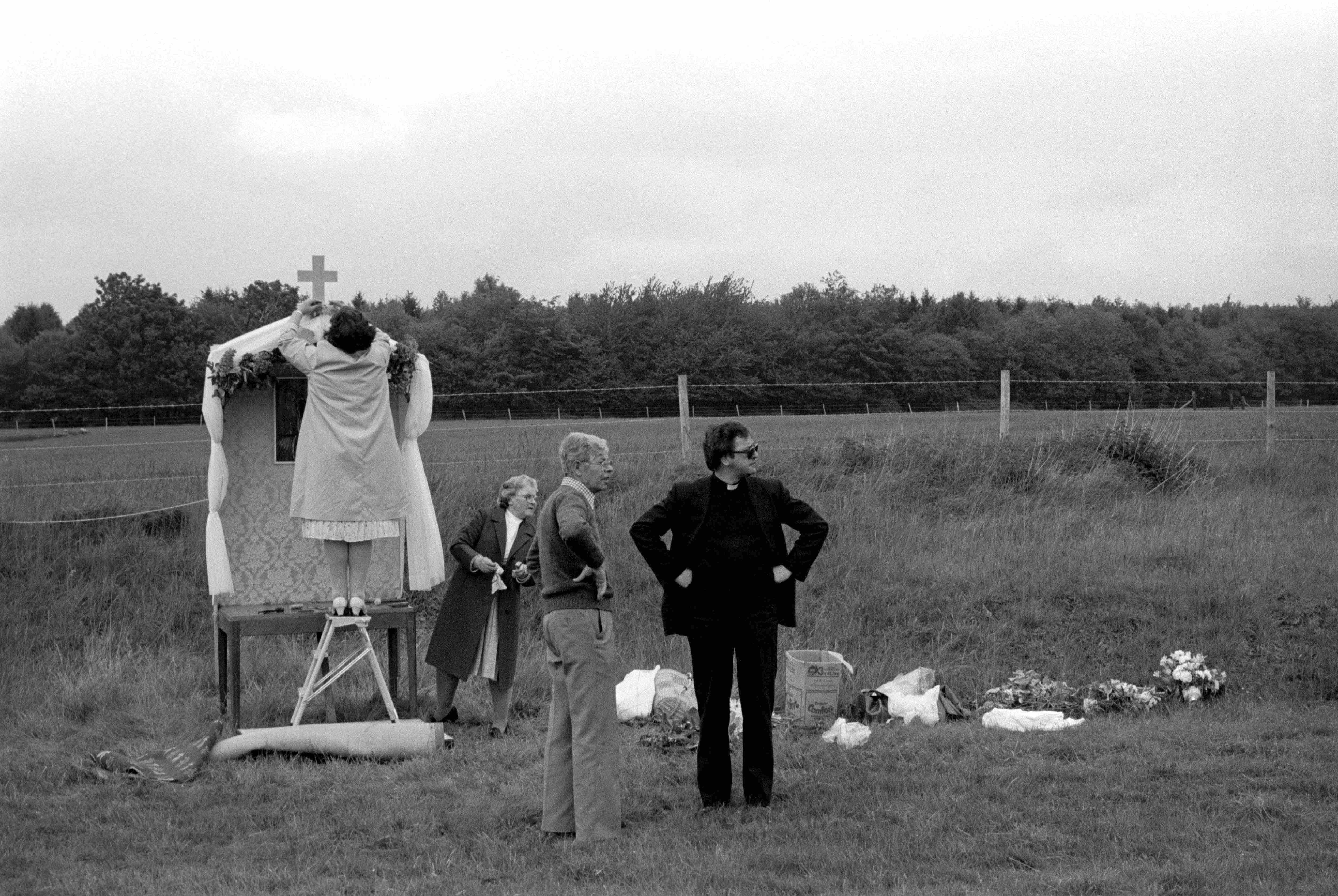 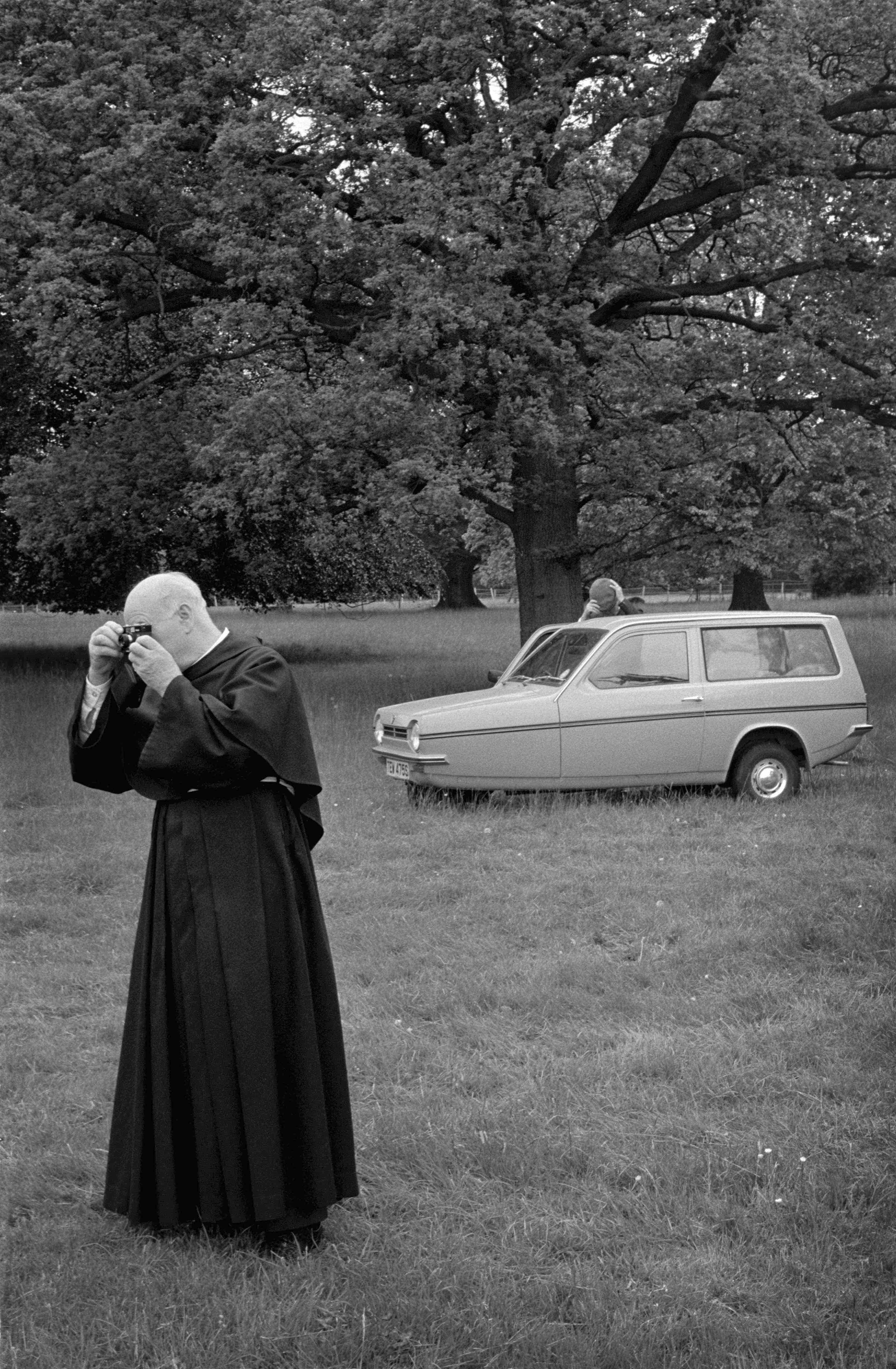 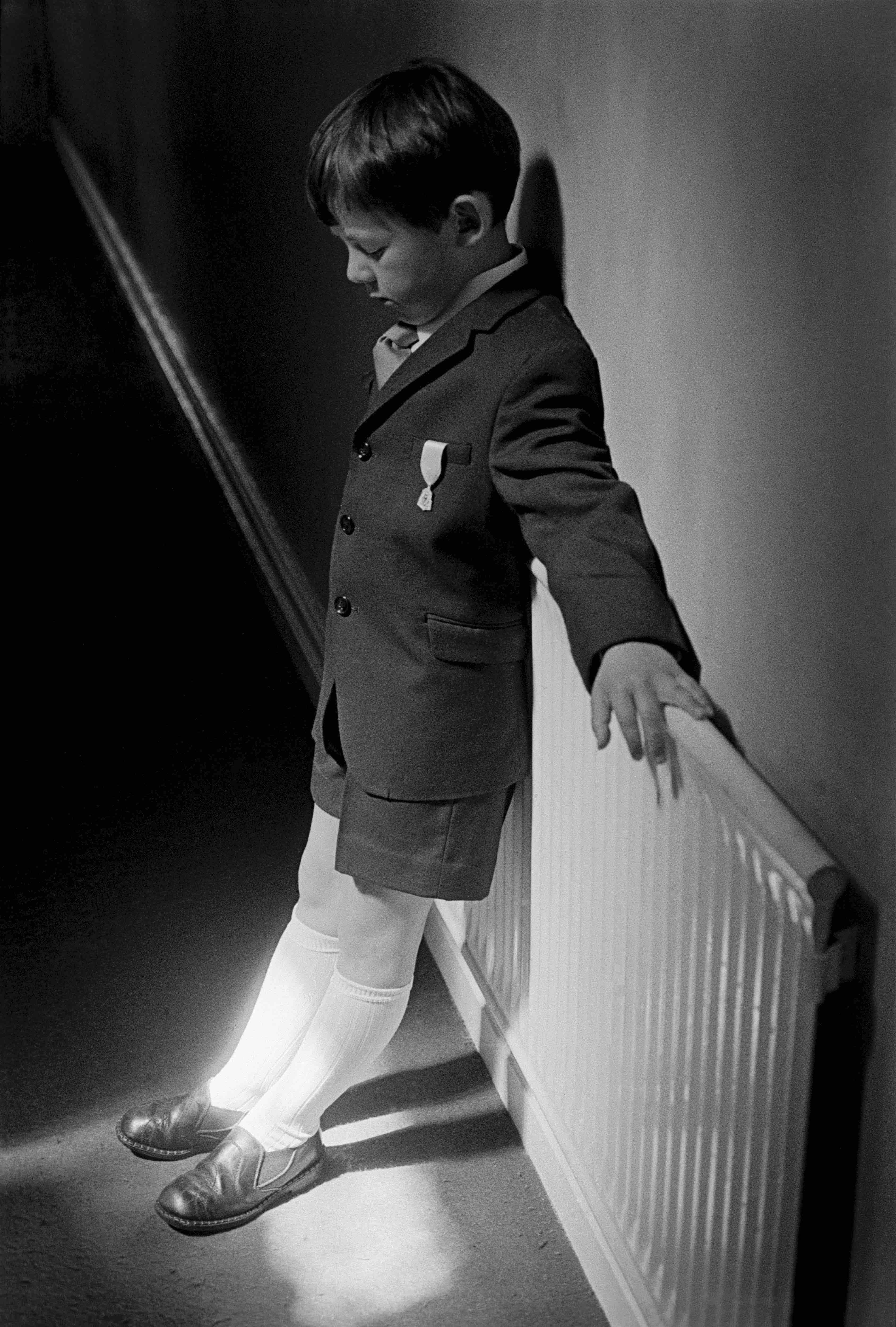 Józef waiting to go to church for his First Holy Communion, Loughborough, England 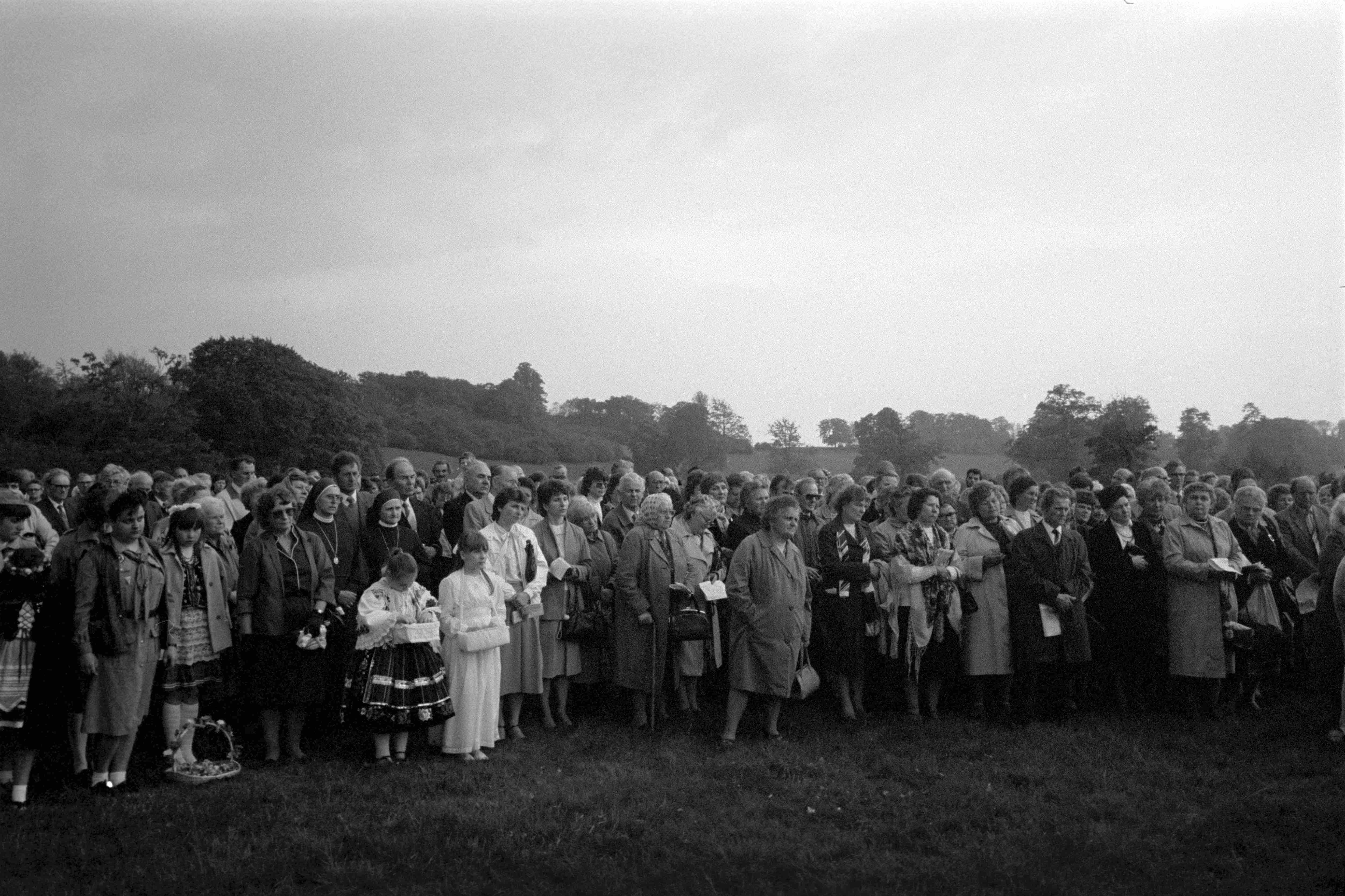 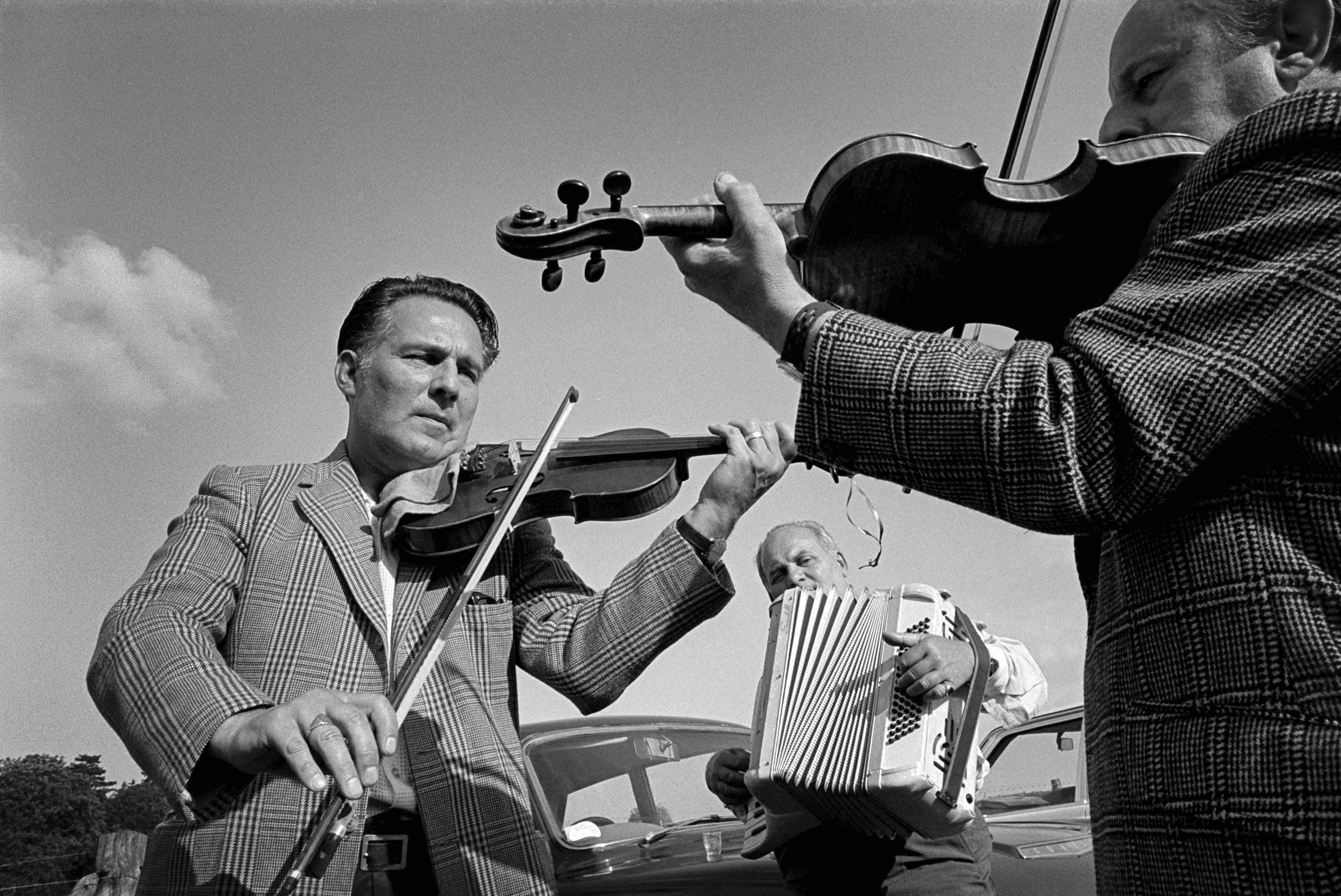 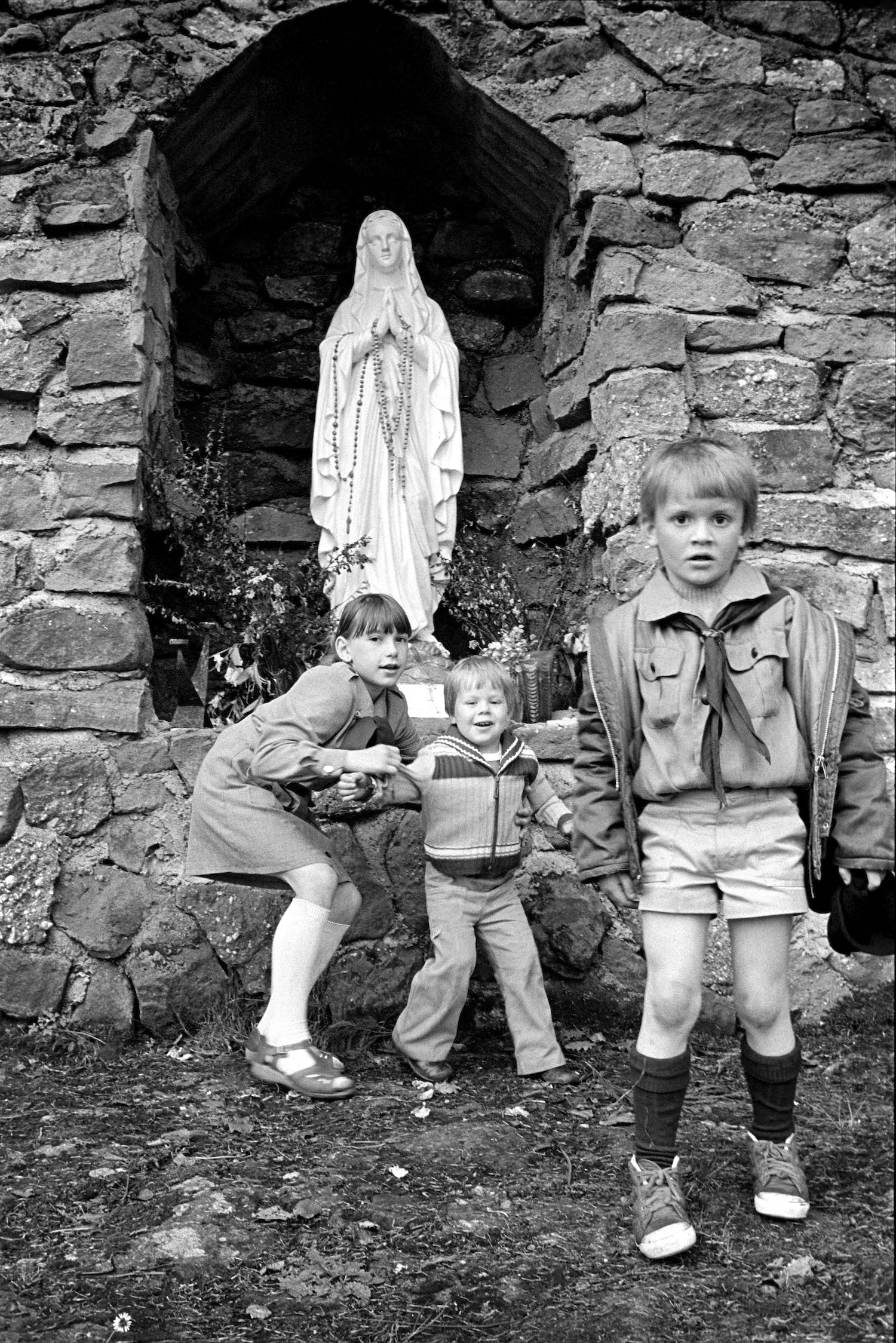 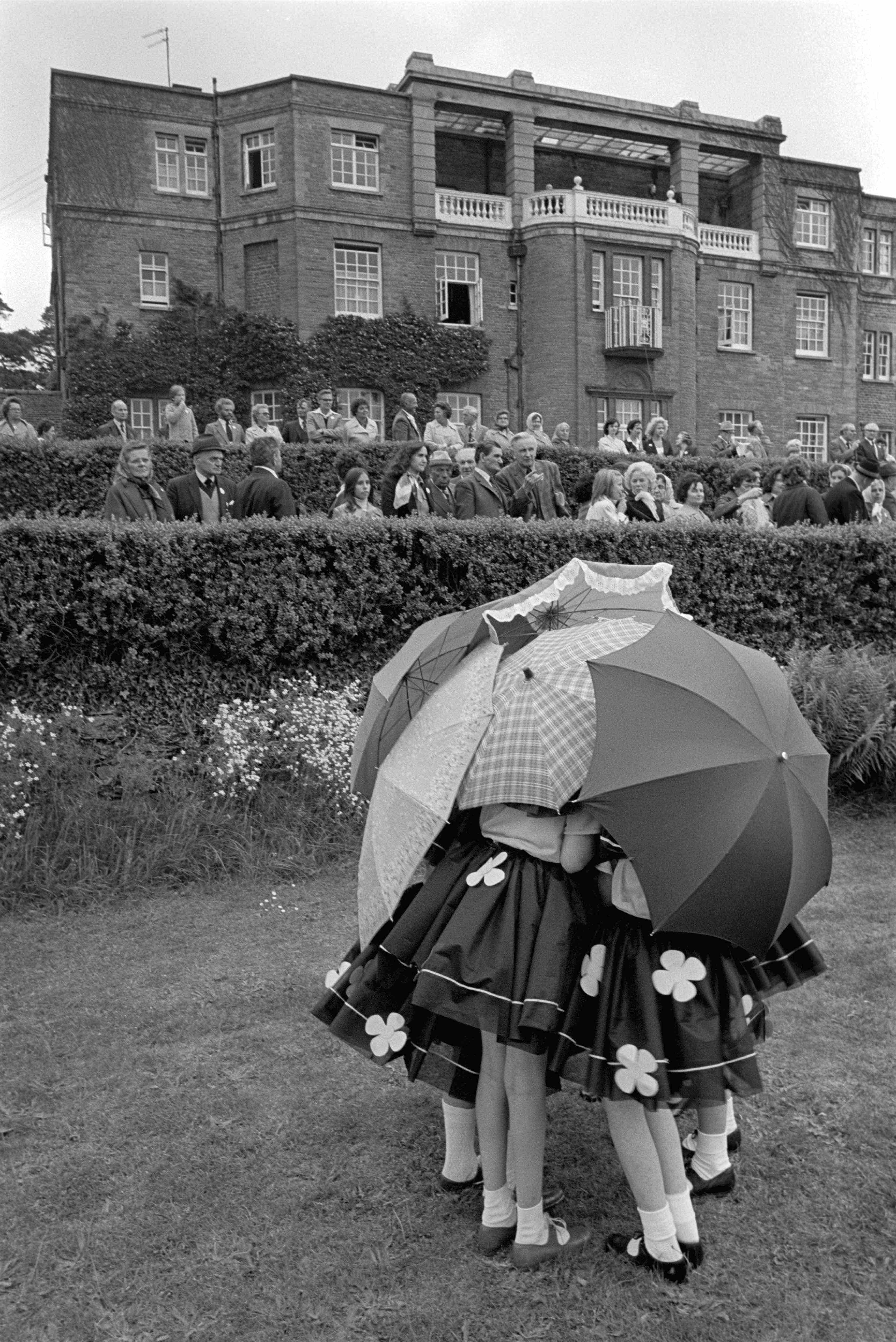 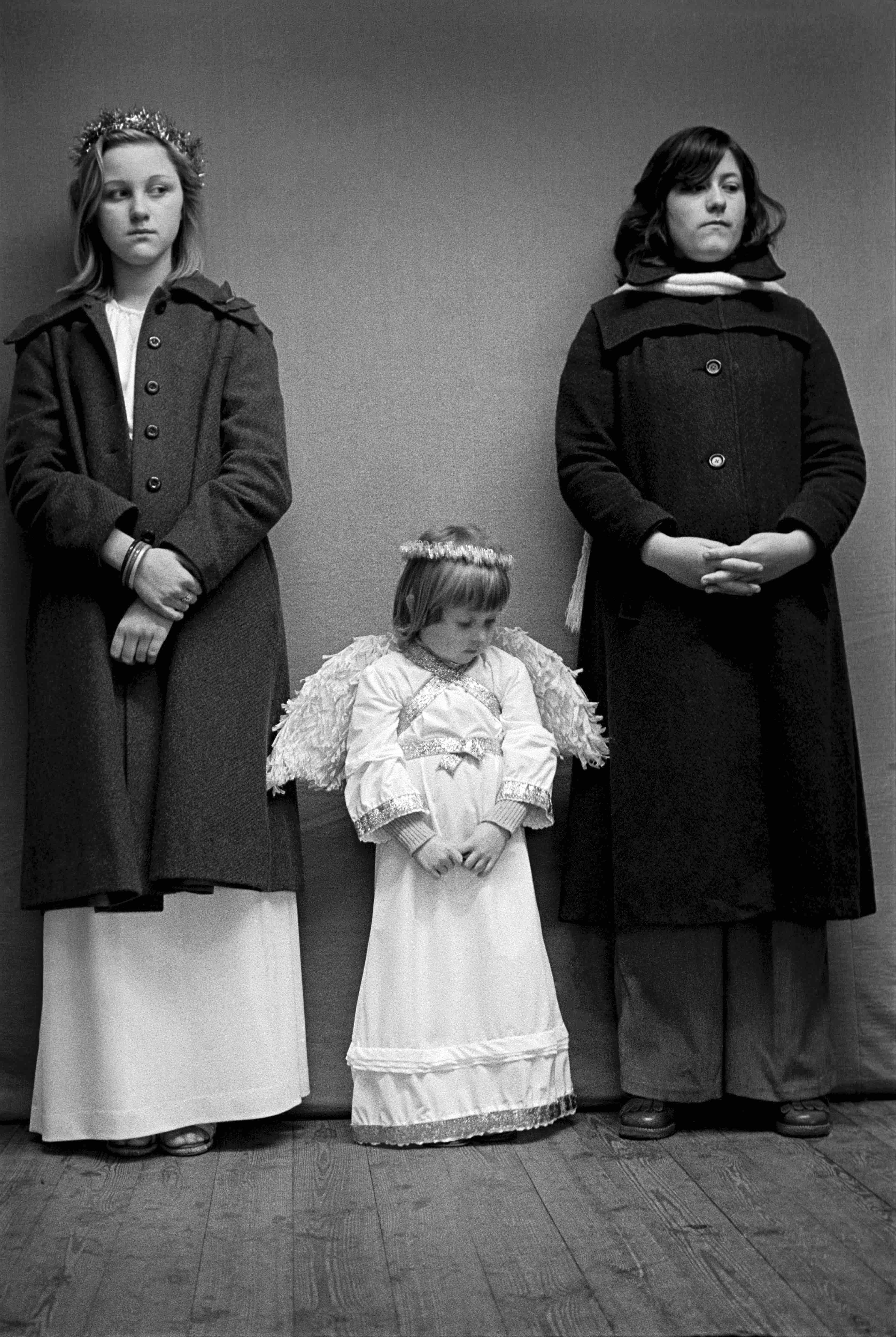 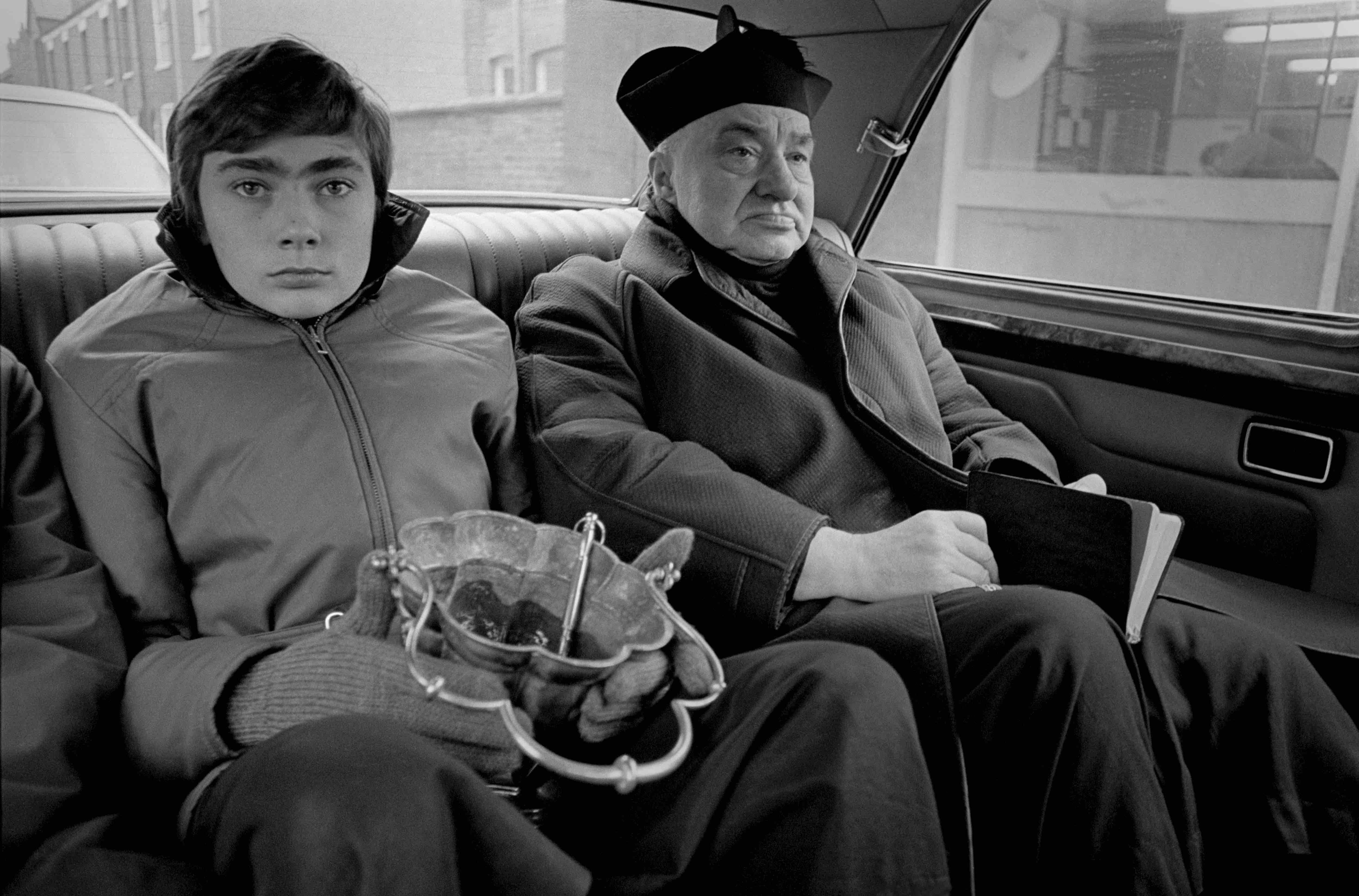 Polish priest on his way to a funeral, Loughborough, England

Polska Britannica will be published by RRB on April 6.

Linkedin
RELATED ARTICLES
OTHER ARTICLES
In the latest instalment of Photographers in Conversation, the chronicler of raves, protests and beyond explains why he’s drawn to such specifically visceral environments.
Photographer David Hoffman recalls documenting the extreme wealth inequality around Tower Hamlets and Hackney int the 1980s.
Finland-born photographer Sirkka-Liisa Konttinen looks back on her decades-long documentation of life in Northern England.
Photographer Matthew Brookes recalls following a group of young people in Venice Beach living in search of the perfect wave.
50 years since its inception, and the campaign calling for recognition that capitalism depends on domestic labour is as pertinent as ever.
The last few years have seen an increase in LGBTQ-led initiatives to feed the hungry, with many finding ways to stay afloat despite the challenges.