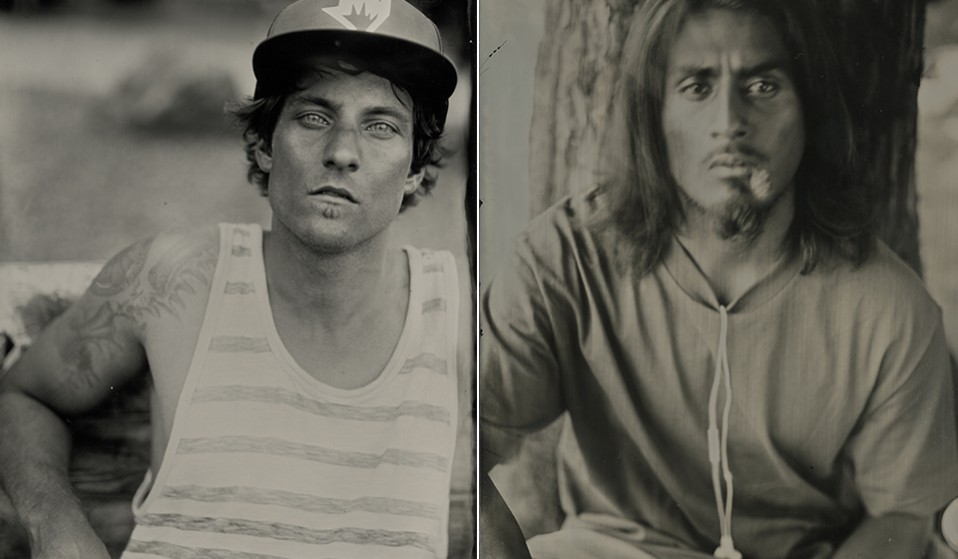 For the past seven years, Berkeley-based Jenny Sampson has been capturing the skaters of California using tintype – a century-and-a-half old photographic process.

For the past seven years, Berkeley-based Jenny Sampson has been capturing the skaters of California using tintype – a century-and-a-half old photographic process.

Tintype is a century-and-a-half old Victorian photographic process that requires the subject to keep very still for a few seconds – which is why it’s surprising Berkeley-based photographer Jenny Sampson decided to use it to capture skaters for her latest book named after the subculture.

With an intro by pro-skater and writer Bret Anthony Johnston, over 70 portraits capture the intricacies of the skating scene of the West Coast – through seven years of images, multiple states and skateparks, beyond tricks and stereotypes.

“I loved photographing people in more candid ways and I imagined inconspicuously hanging out and photographing –their gestures, postures, interactions,” Sampson tells me. “Skaters attracted me. I always kind of thought of them as rebellious, and I think I wanted to be rebellious as well, but I was afraid to be. I never got up the courage to approach the skaters at that skate park.”

These photographs remained an idea until 2010  when she finished building her own portable darkroom – something which would allow her to develop tintypes on the go. From that moment on, the series started developing (both literally and figuratively). We caught up with her to find out more about the project. 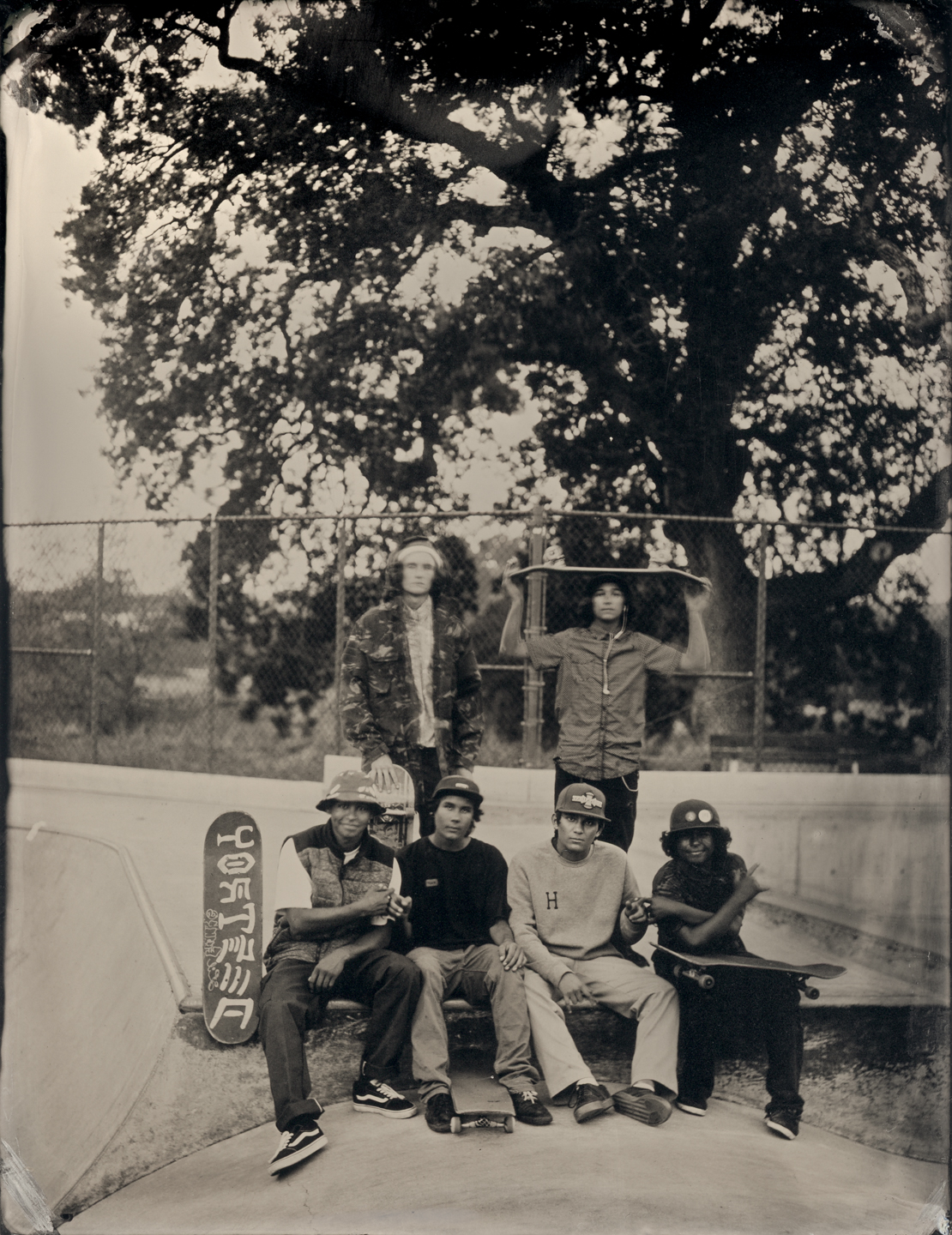 What do you think makes skating such a unique scene?
I think that skating is a powerful equaliser. It’s a club that anyone can belong to. Of course it has been a male-dominated scene for a long time, however, there are so many girls and women skating now. There is a camaraderie that exists at the skateparks, and the seemingly unspoken rules are respected.  I’ve observed skateparks that are the ‘home away from home’, where teens congregate every day after school and older folks hang out with them as their mentor. I’ve observed older, experienced skaters literally pick up six-year-olds who have fallen attempting a trick (while said six-year-old’s mother is on her mobile). I’ve observed guys talking and skating together, seemingly old friends, but then learn that they just met.

What are some misconceptions about the scene that you would like to dispel?
This idea that they are troublemakers and rebellious – at least in the sense that being rebellious is a bad thing. Skaters are lawyers, educators, directors of creative writing at upstanding universities, writers, musicians, politicians, students – the list is endless. They are a group of people who are true to themselves, supportive of each other, impressively disciplined and self-driven, empowered and creative. 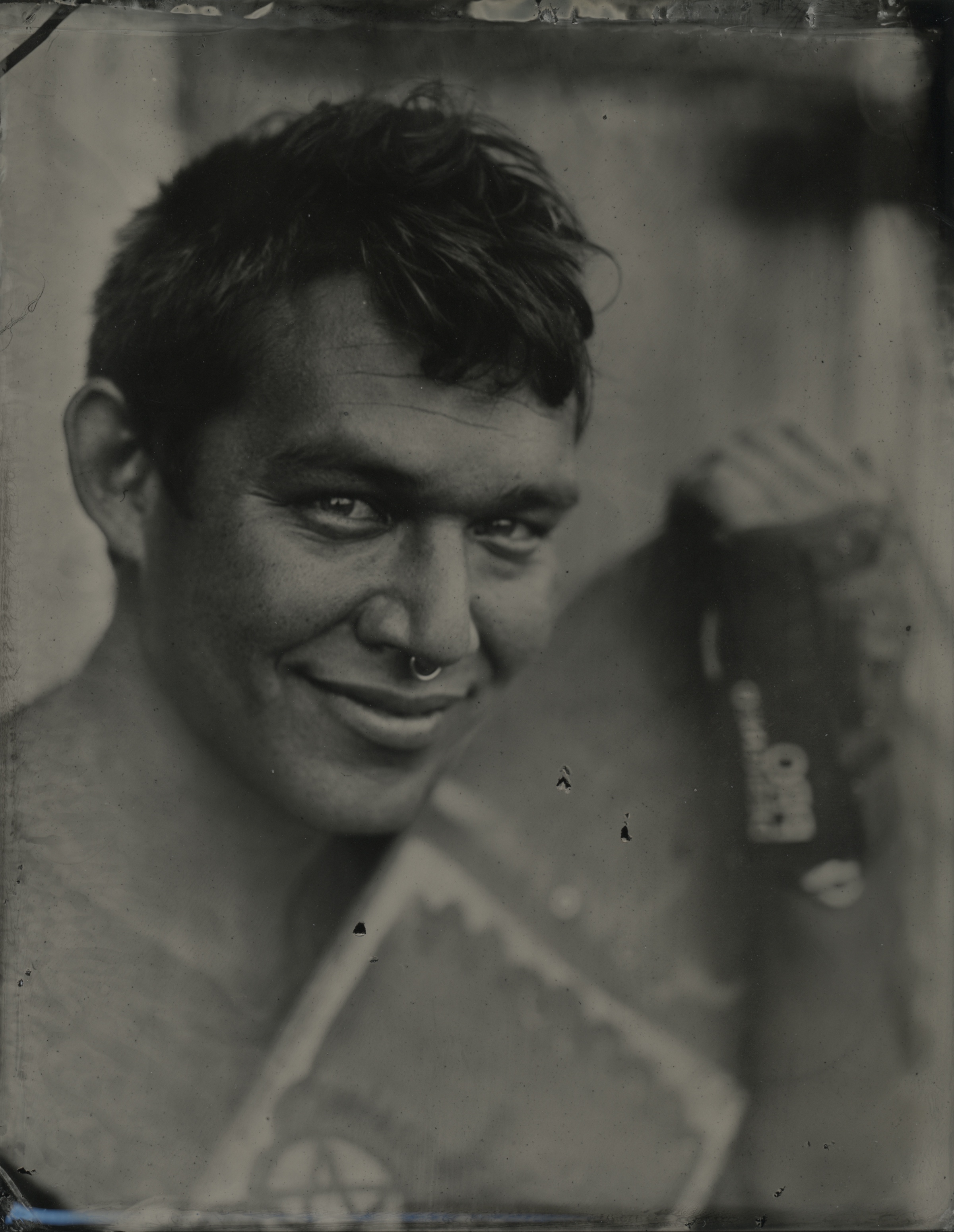 How did you pick your subjects for this series?
I would ask anyone whose attention I could garner if I could make their portrait. Once someone would agree to sit for me, I felt like I won the lottery. They were willing, patient and often excited about the process since many only knew digital photography. For my portraits, they had to sit for a few minutes in front of my large camera, which is the absolute opposite experience of their style of photographing. Then, as with most people who have never been tintyped before, when they saw their seemingly holographic, silvery faces emerge in the potassium cyanide fixer, they were blown away – and then quickly back to the ramp.

You’ve used tintype for a lot of your projects – what do you like about this particular method?
The wet plate collodion process is magical, and there are many reasons beyond that as to why I love this technique. The tactile and analog qualities of the process; the way it forces me to slow down and immerse myself in the process, engaging with my subjects in a more personal way. The end result is a unique object. 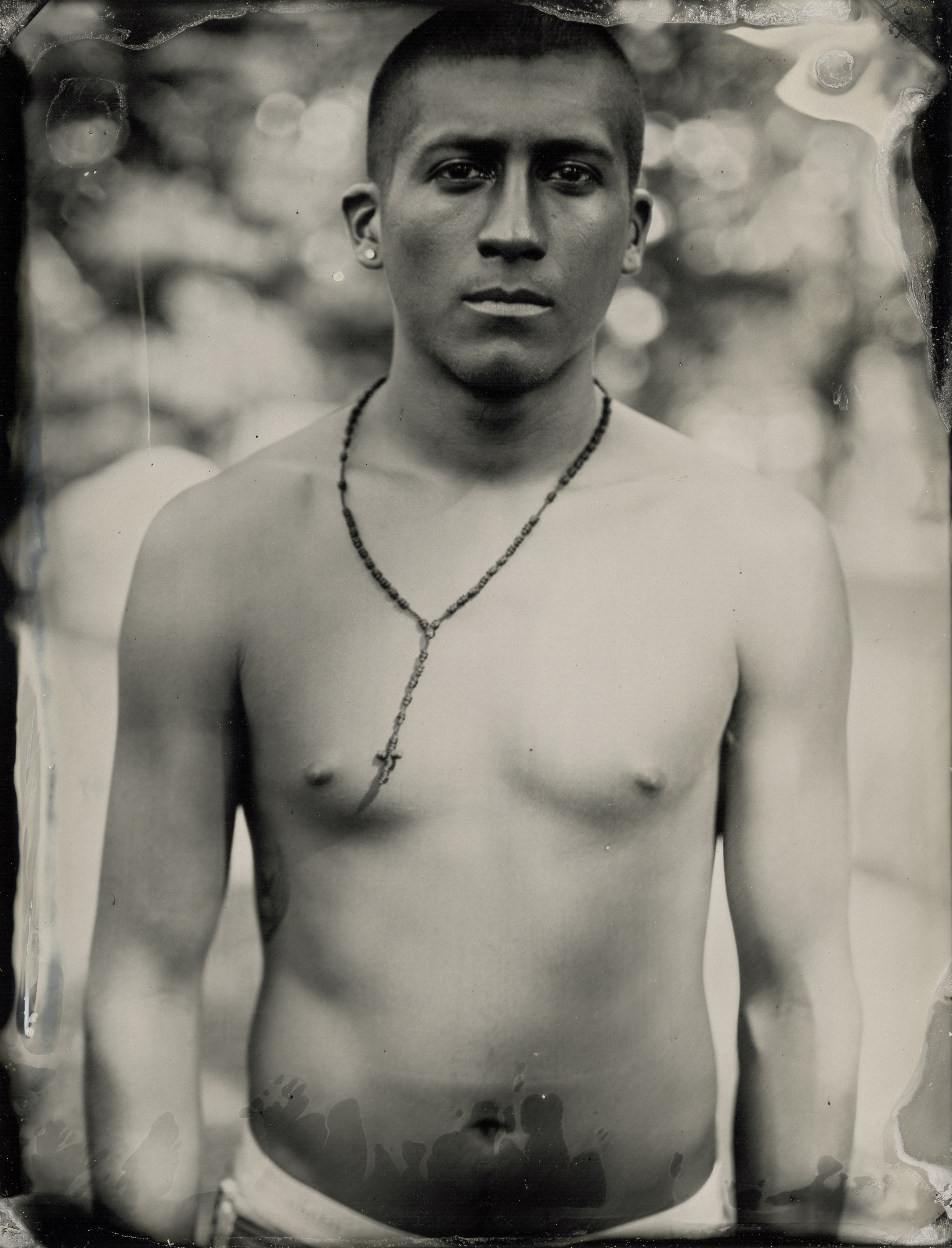 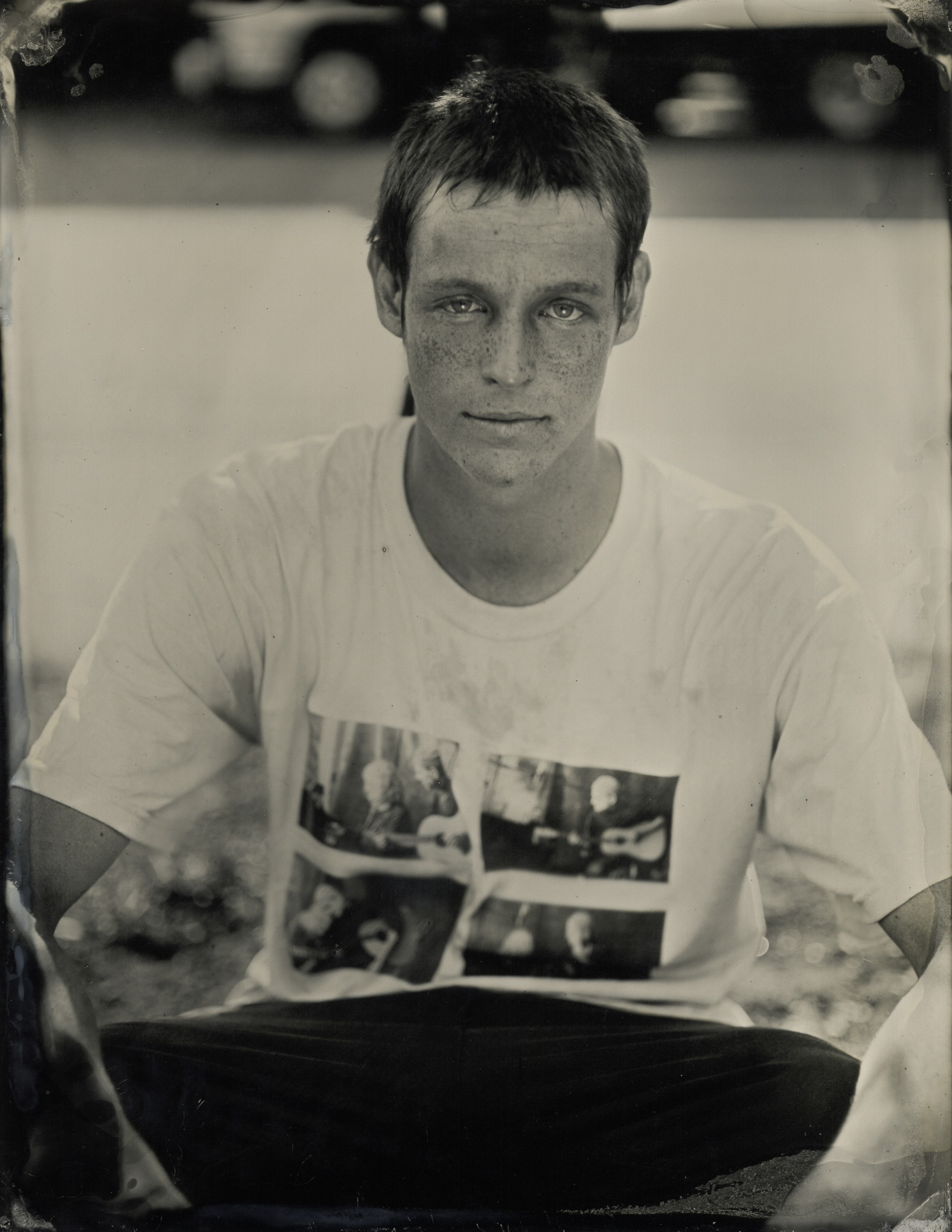 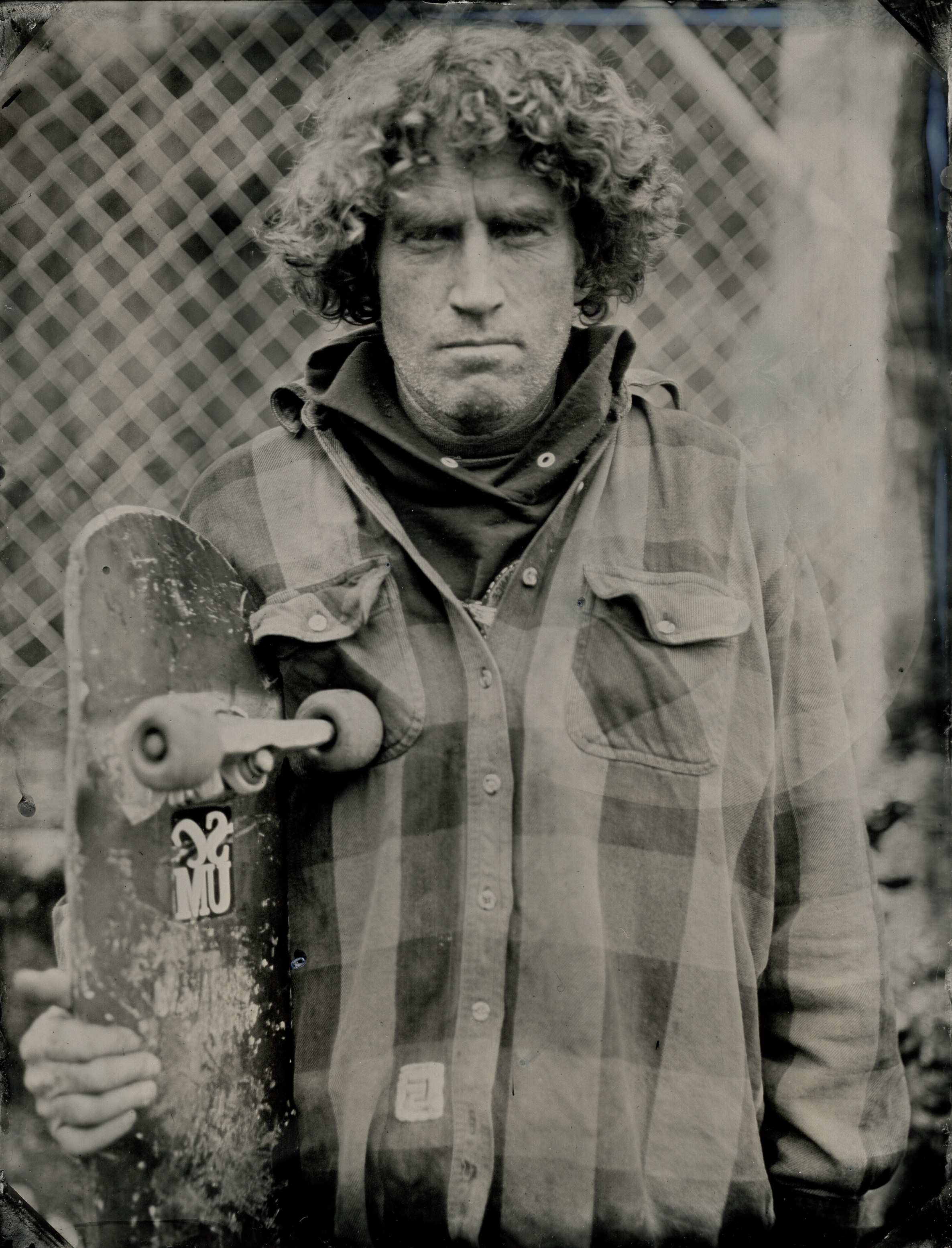 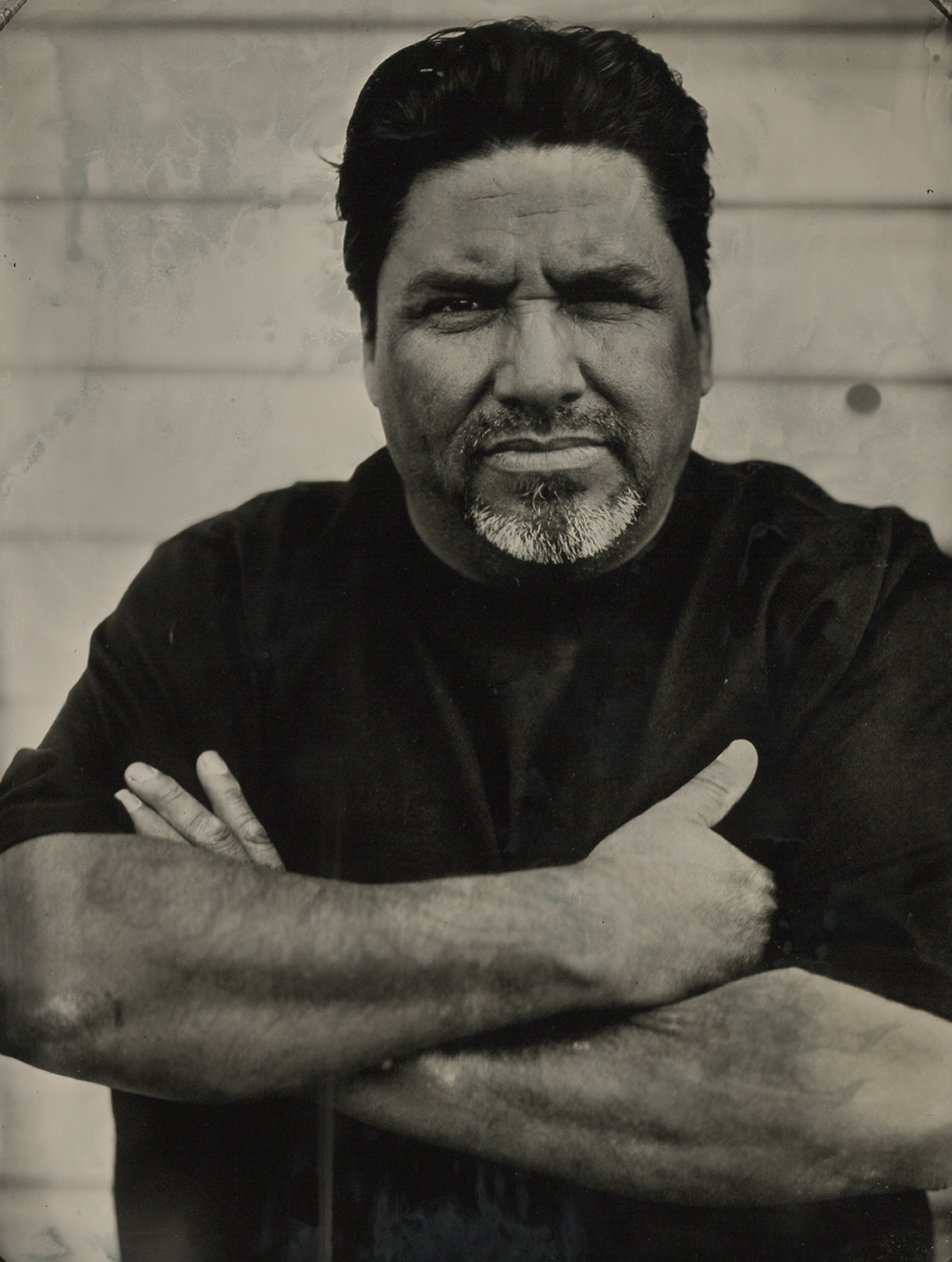 Skaters by Jenny Sampson is  available for pre-order now, via Daylight Books.

Linkedin
RELATED ARTICLES
OTHER ARTICLES
Tristan O’Neill’s shots of dancers caught in moments of reverie at the height of rave’s golden age are a testament to the UK’s legendary club culture.
A new podcast is opening up the conversation between trans women and trans amorous men in the hope of building coalitions.
At his West Bank restaurant, Fadi Kattan established himself as the voice of modern Palestinian cuisine. Now, he’s bringing his innovative, bold flavours to the UK’s capital.
Filmmaker Laura Poitras discusses her new documentary which traces the remarkable life of the artist-activist and the impact of her battle against the US opioid crisis.
A recent High Court ruling against the right to wild camp in Dartmoor National Park sparked the largest land protest in history – and campaigners say their fight is not over yet.
After blocking the Scottish government’s gender recognition reform bill, Westminster is now devising further changes to the law to make it harder for trans people to self-identify.