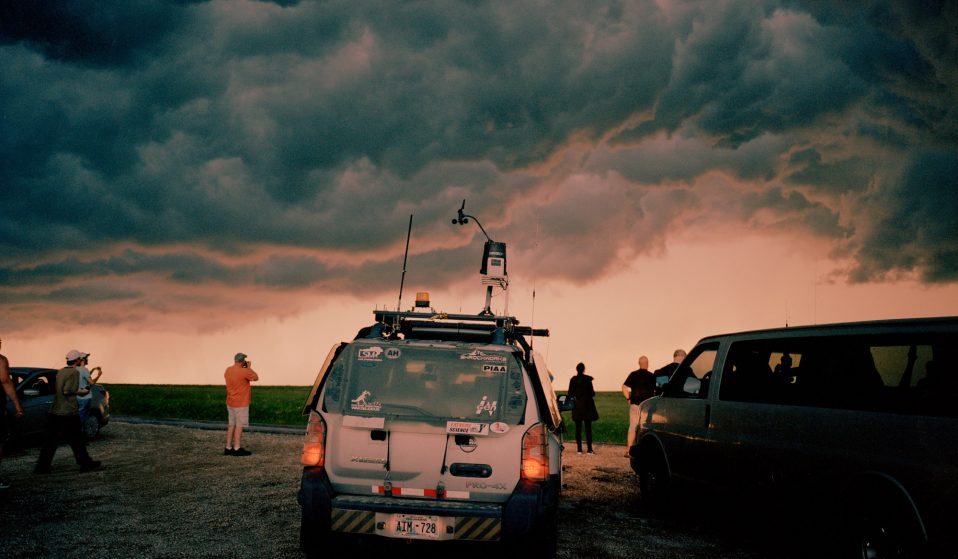 In 2016, photographer Néha Hirve embarked on a journey through Tornado Alley, tracking the people that drive into super storms for fun.

In 2016, photographer Néha Hirve embarked on a white-knuckle journey through Tornado Alley, tracking the people that drive into super storms for fun.

The term ‘Tornado Alley’ was coined back in 1952 by a pair of Air Force Meteorologists, who used it as the name of their research project looking at severe weather patterns in parts of the U.S.

Over the years, it’s since been adopted as a colloquial title for the area of the country where tornadoes are most frequent. While the precise boundaries remain somewhat undefined, the main ‘alley’ extends from Northern Texas, through Oklahoma, Kansas, Nebraska, Iowa, and South Dakota. (States such as Minnesota, Wisconsin, Illinois, Indiana, Missouri and Ohio are sometimes included too, depending on who you ask.)

It was 2015 when photographer Néha Hirve found herself standing in Tornado Alley for the first time. Growing up in India, she’d experienced her fair share of monsoon storms, which had resulted in something of a curiosity when it came to severe weather. But she was nearing the end of a five-year stint living in the States and was still yet to see a tornado up close. Hirve knew it could be the last chance to fulfil a childhood dream. 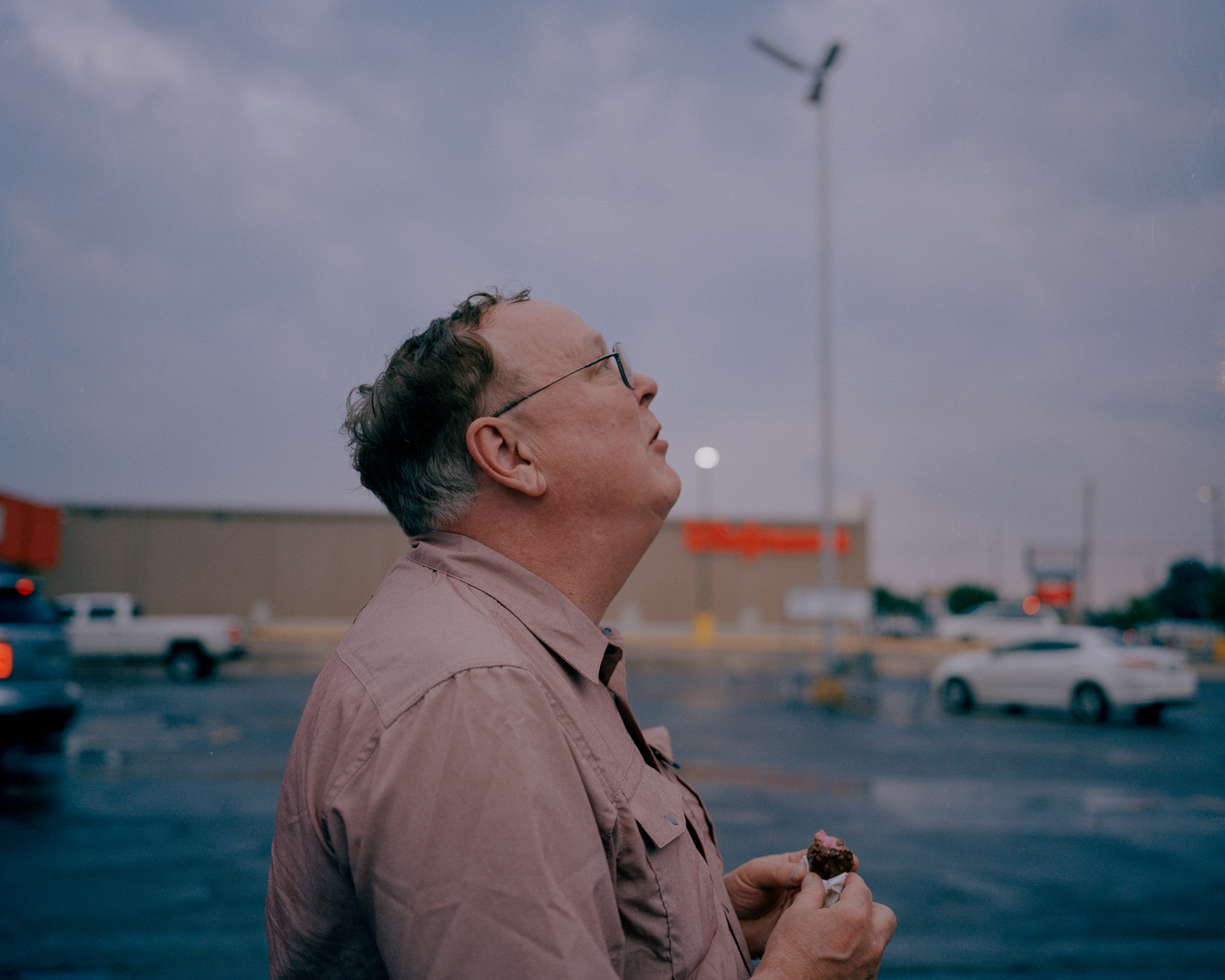 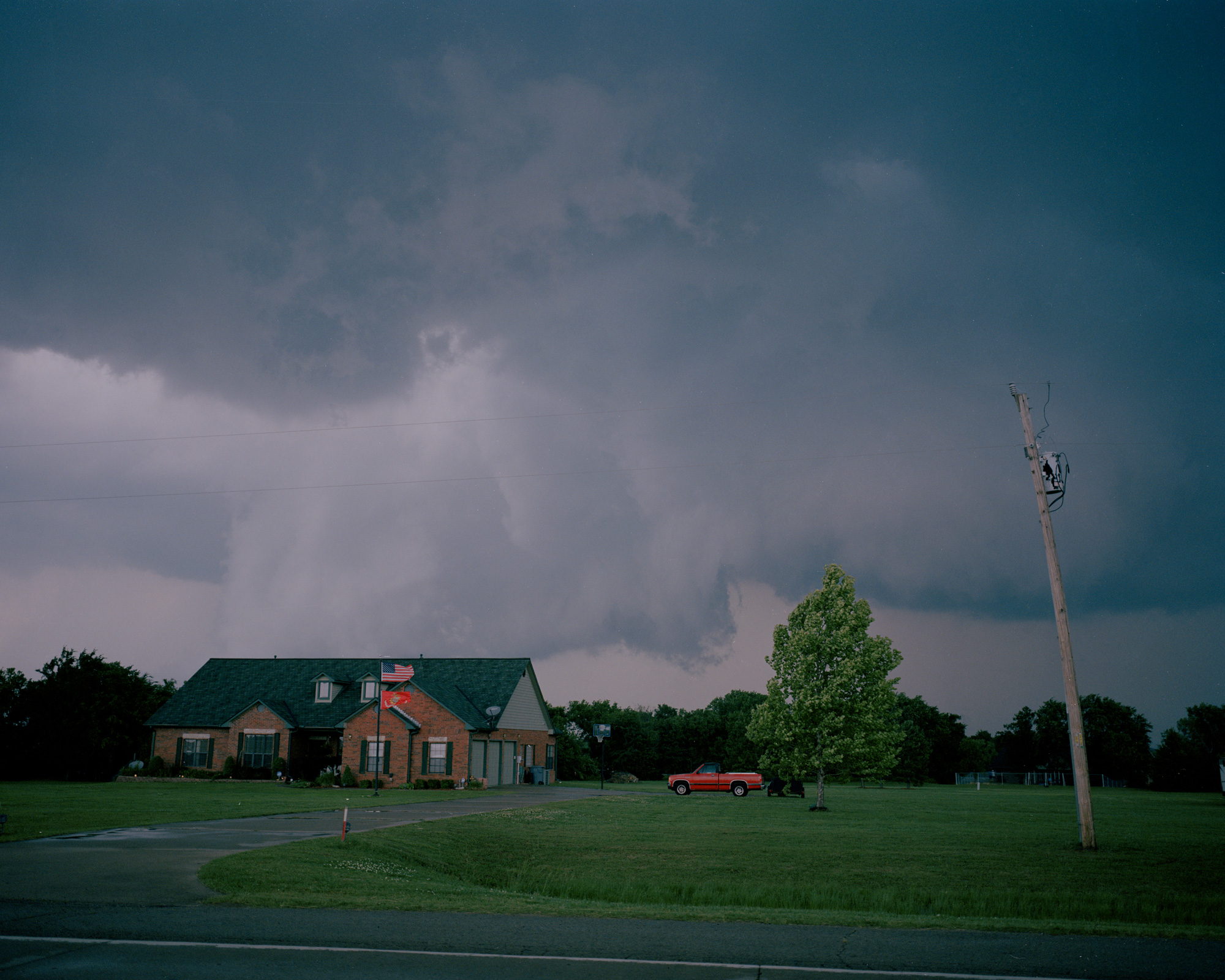 “I’d been obsessively following the news of the flash flooding in Texas in 2015, and on impulse, I booked a two-day train from New York to Norman, Oklahoma, to join this ‘tour group’ of tornado chasers,” she remembers. “I felt the deep, existential thrill that comes from fulfilling a childhood fantasy. By the time I got to Fort Worth, Texas, severe storms and flooding had disrupted the train service and I took a bus for the last leg of the journey. Pulling into Norman, I remember watching the craziest lightning storm I’ve ever experienced.”

At the beginning, she wasn’t thinking too deeply about photography – it was purely about experiencing the storms. However, as she geared up to join her first ‘chase’, that all began to shift.

“I found the people really fascinating,” she says. “The thing about chasing is that not every day is going to be filled with tornadoes. Indeed, many days that first week were spent with clear skies, or chasing a storm, only to have atmospheric conditions fail to cooperate and the cell to break up…  The act of chasing became a metaphor: Neverland’s Lost Boys’, endless wandering of middle America, in search of something elusive and metaphysical.”

From there, Wild Hunt was born, a project that serves as a deep-dive into the culture behind storm chasing, through the people who do it. For Hirve, it was less about the full-throttle excitement that comes with finding yourself staring down the barrel of a storm, and more about the quieter moments: the intricate plans, the traditions, the strange pre-hunt rituals. “There’s also an incredible sense of freedom, driving across the Midwest,” she says. “It’s so flat, you could drive for hours without the landscape changing. Everything else seems to fade away. All there is is the sky.” 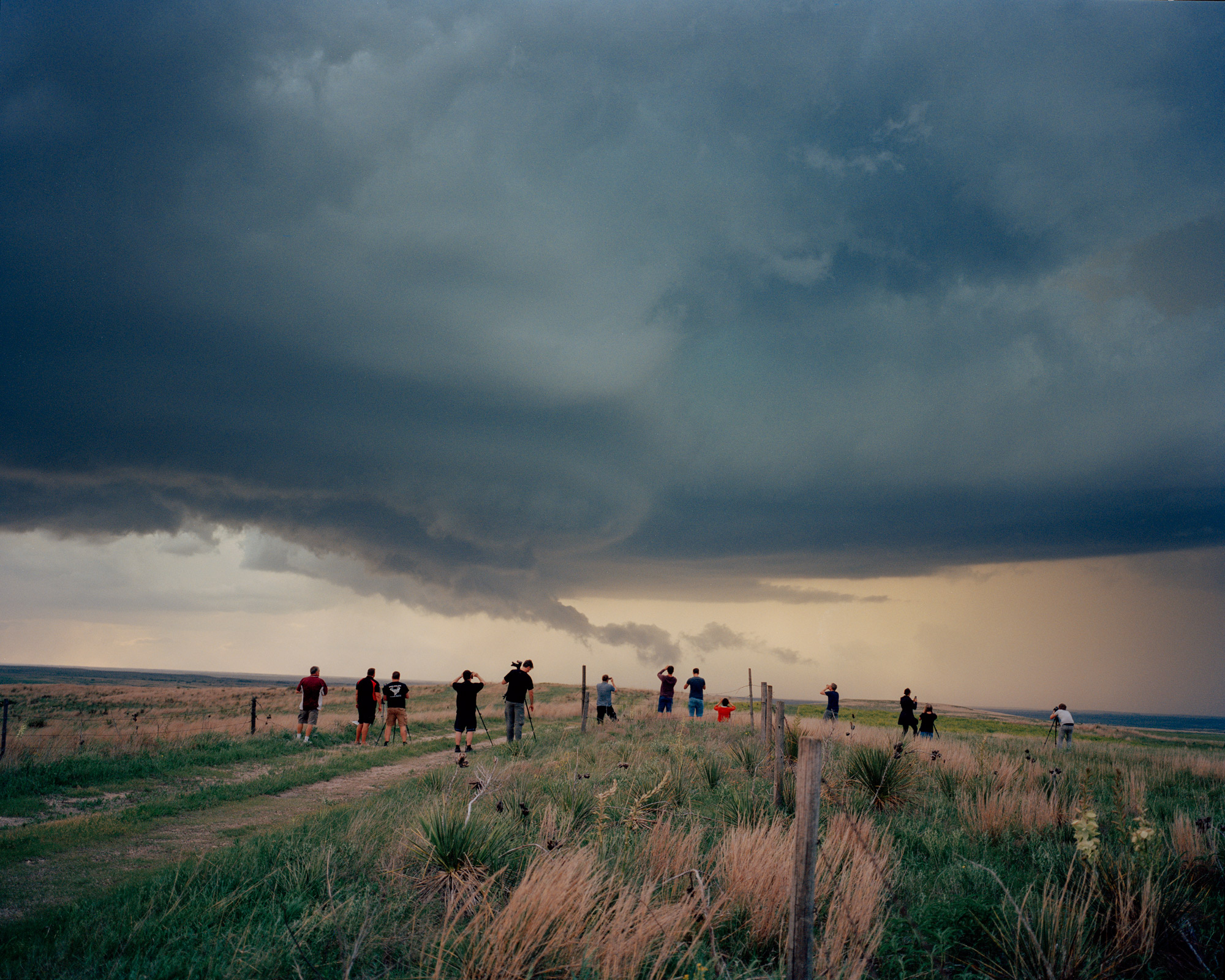 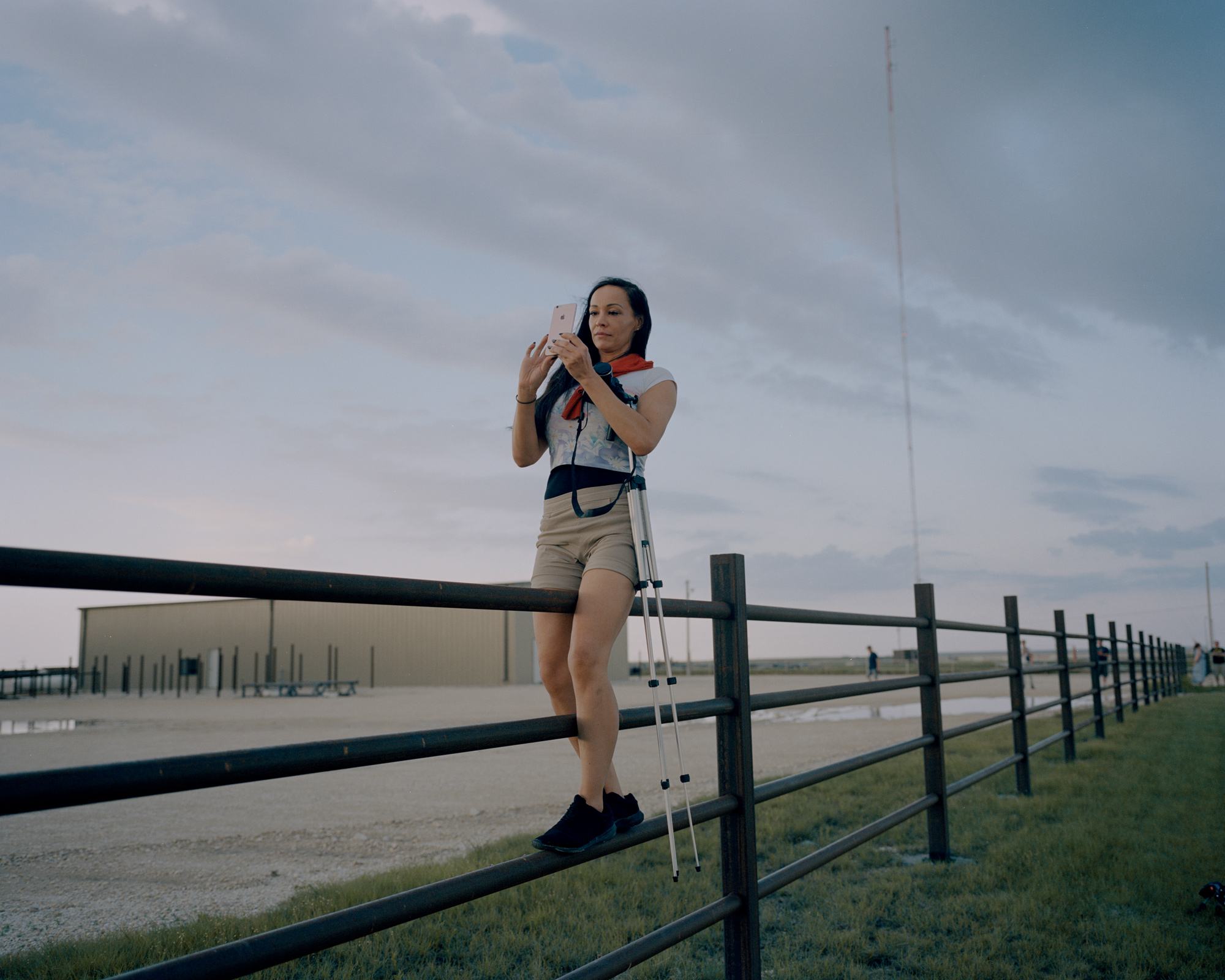 In this sense, Wild Hunt almost functions as a classic road trip series, with Hirve tracing her way through the sweeping American landscape, documenting as she goes. There are diners, gas stations, dense stretches of rural farmland, plus the inevitable Stars and Stripes banner thrown in for good measure.

Her focus is on the people, rather than biblical scenes of thunder and lightning. There is Charles Edwards, the group’s leader, as well as Olivier ‘Klipsi’ Staiger (“We called him ‘Klipsi’ because he was also an eclipse chaser”), whose mission, as far as Hirve could understand it, is to play the fiddle under various natural phenomena. “Everyone reacts differently to a tornado. Normal, God-fearing people take to the storm shelters. Chasers film and photograph and high-five. Some have the presence of mind to take a selfie. Klipsi takes out his fiddle and begins to play, his bow screeching something hellish as it’s being bucked by wind.”

But there are moments in Wild Hunt, too, that circle back to the thrill and danger that first brought Hirve to the Alley: shots that depict a landscape on the precipice of some gigantic natural event. The phenomena in question is referred to as a ‘Supercell’ – a thunderstorm characterised by a ‘mesocyclone’ (a rotating updraft of air that could spawn a tornado), which can cover hundreds of thousands of square miles, with clouds that can develop up to sixty miles high.

“Driving toward a supercell feels like driving under an enormous spaceship. The adrenaline is unusually slow to build up. There is first a feeling that something is not quite right with the world. The sky turns an otherworldly green. The air smells unmistakably of petrichor. It is terrifyingly silent, except for the electricity buzzing though the power lines and the rattle of hailstones churning in the clouds overhead. Conversations will die out.”

“Once out of the van, you will see the clouds start to slowly spin like a carousel. The supercell will drop down a ‘wall cloud’ that I can only compare to a suction cup on an octopus’ tentacle. If conditions are right, this is the point where a funnel cloud struggles to drop. Your fight or flight instinct should tell you to rapidly get out of the way.” 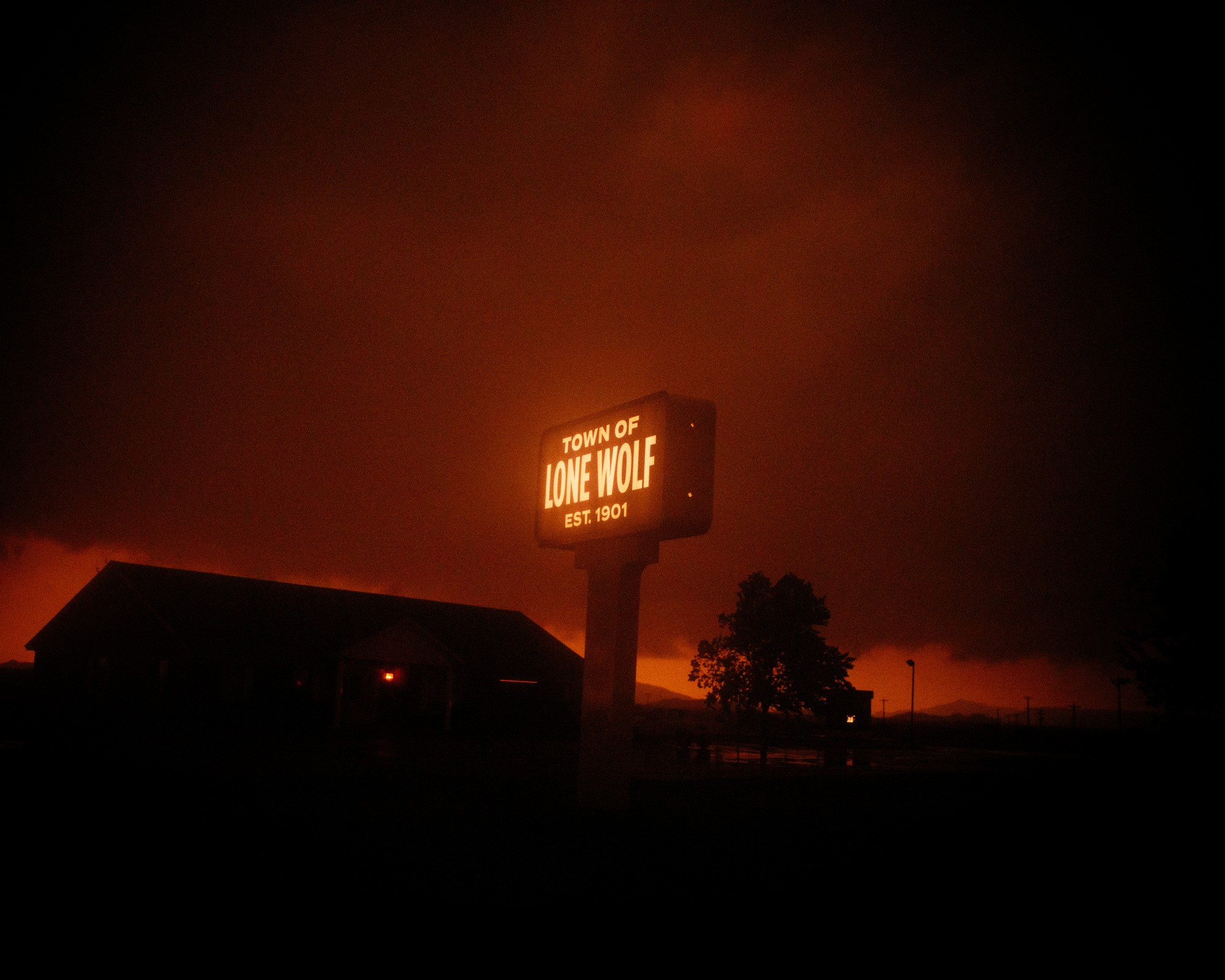 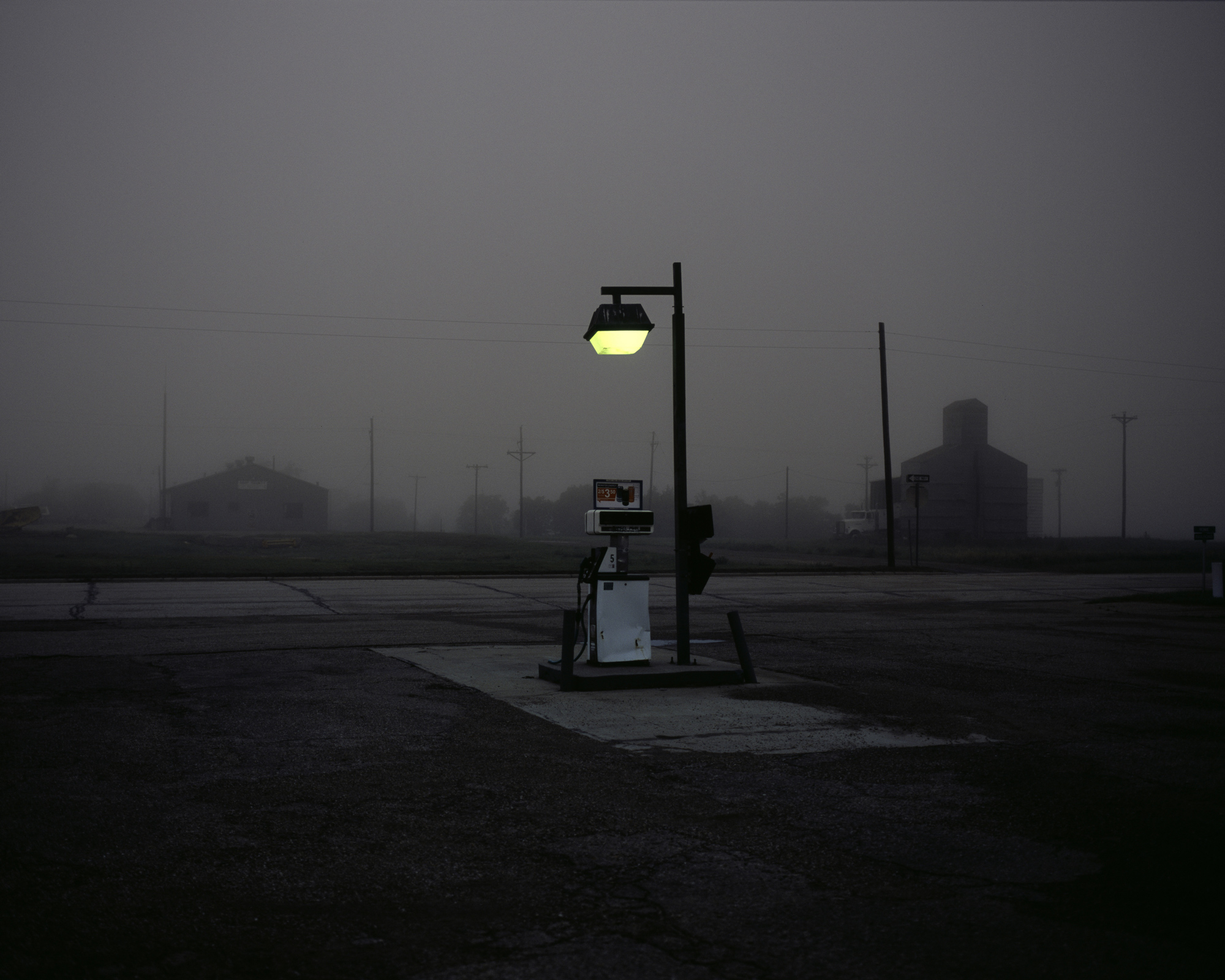 Chasing, of course, comes with an element of controversy. Not only is it dangerous, but much criticism has been directed at the community due to the insensitivity of flocking to sites marred by tornado damage. Its demographic is overwhelmingly white, male and middle-aged too, which is something that Hirve would like to see change.

That said, she found the Oklahoma crew to be incredibly welcoming. With its leaders, supporting characters and downright eccentrics, it resembled something like a dysfunctional family. Everyone, regardless of where they came from, is bound by a deep-rooted desire to chase after something larger than themselves.

“Chasers all have different reasons. Some are very interested in the science of storms, some love to photograph and film them. The common element is that we are all drawn to storms as they present themselves over in large swathes of flat land — they can be beautiful and incredibly powerful.”

“I wouldn’t go so far as to say any of us would want to be struck by a tornado, but I think there’s a key to understanding the appeal of something so potentially destructive, at least personally. It’s thrilling to be in the presence of something so big. It changes you.” 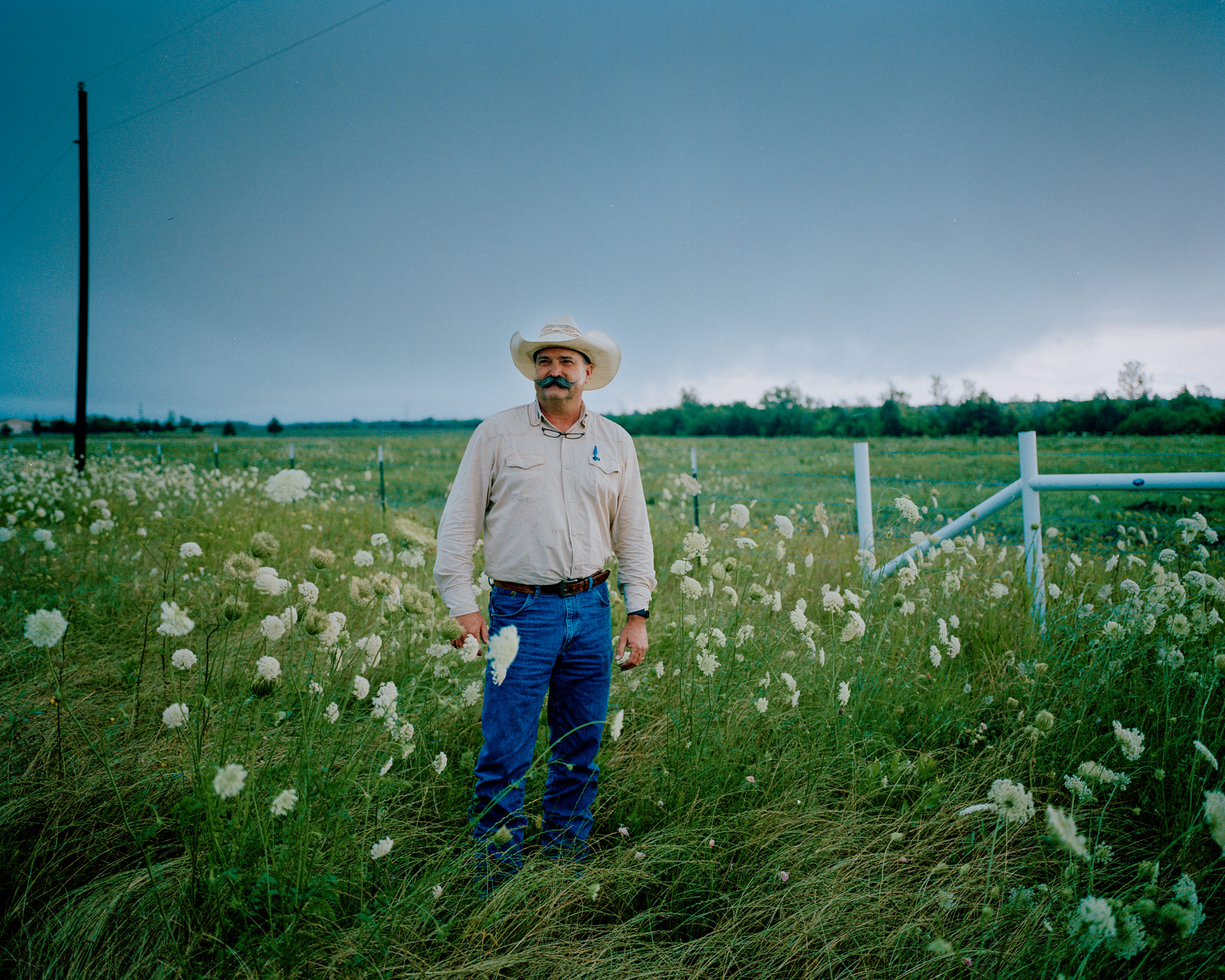 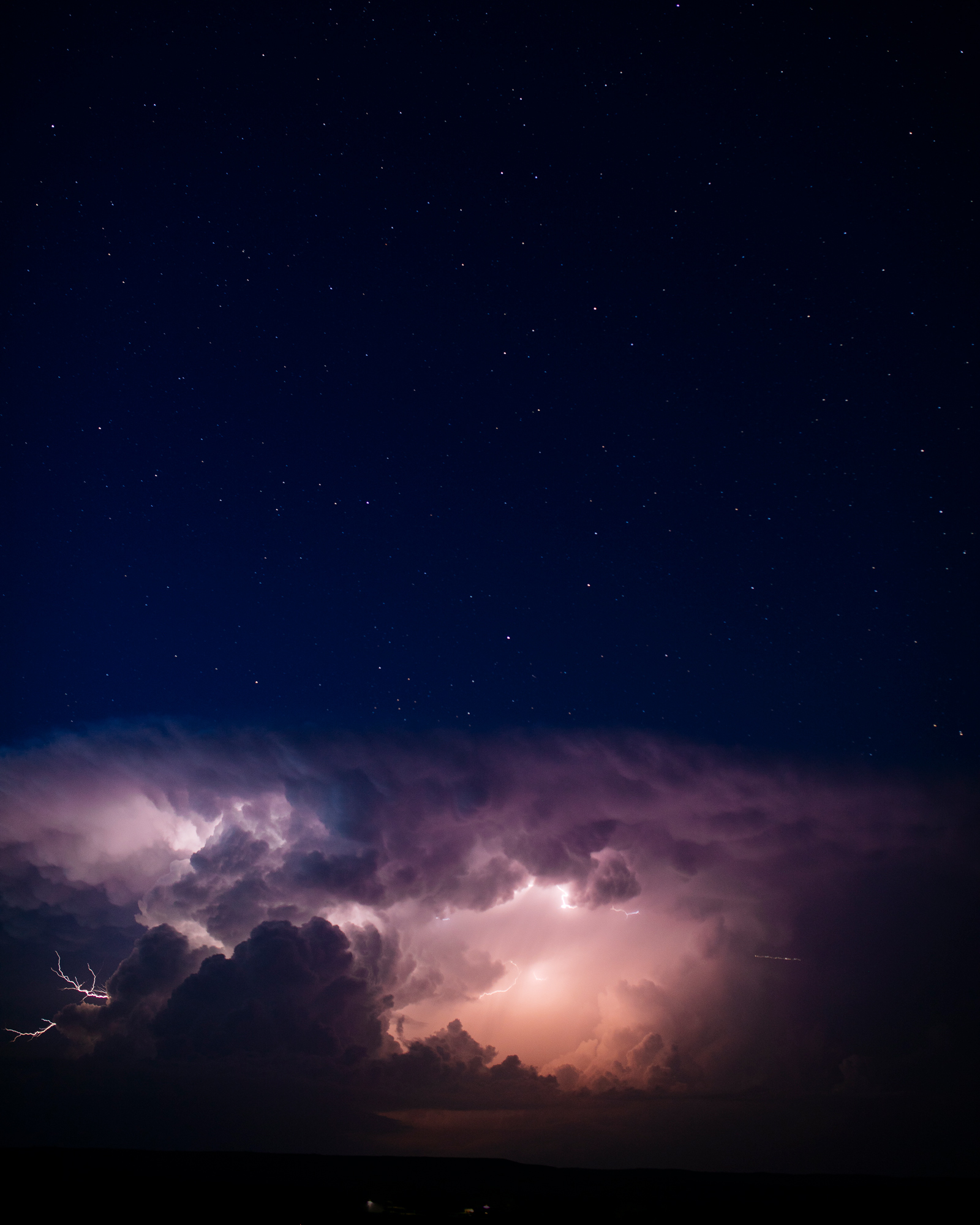 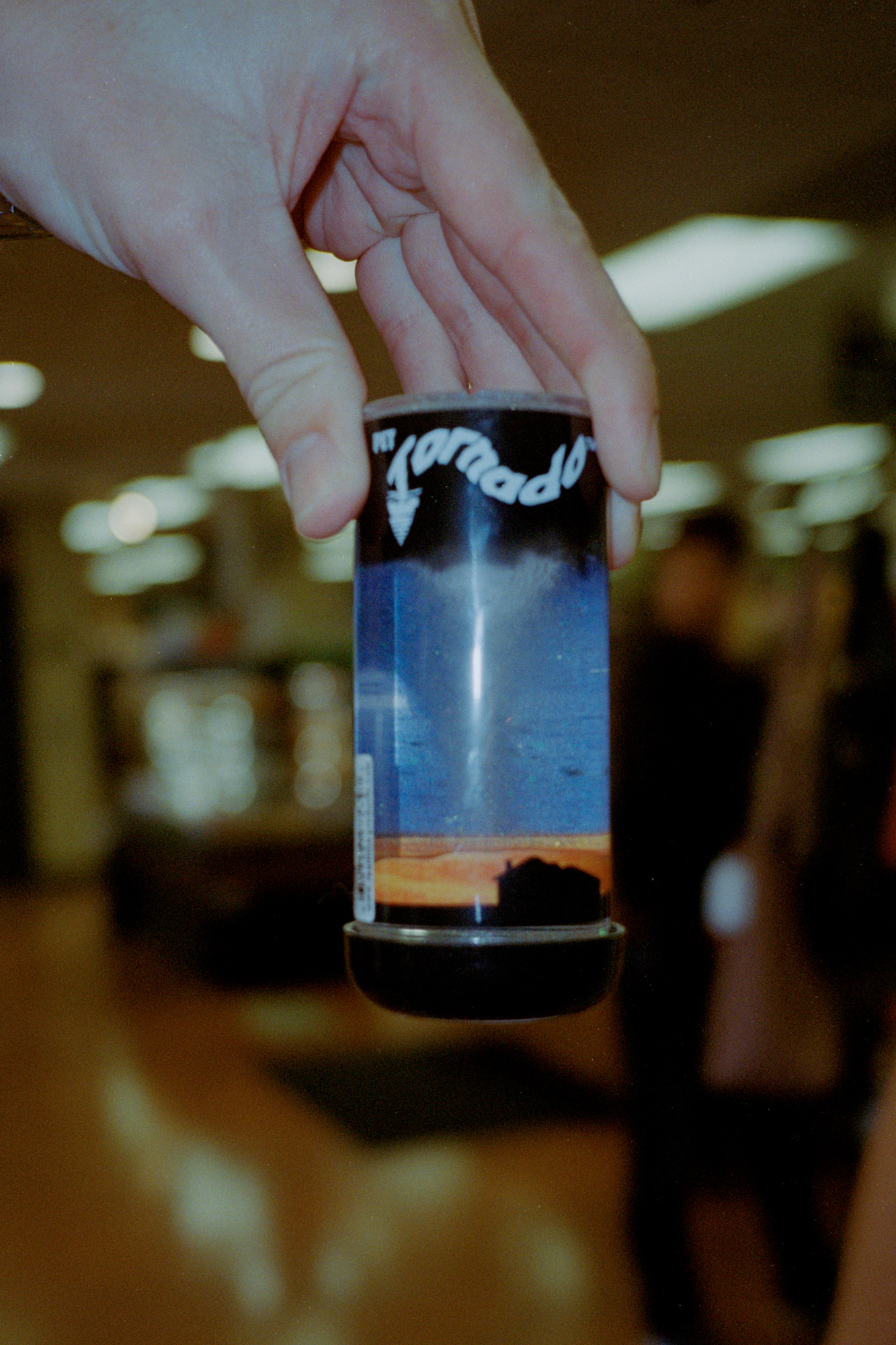 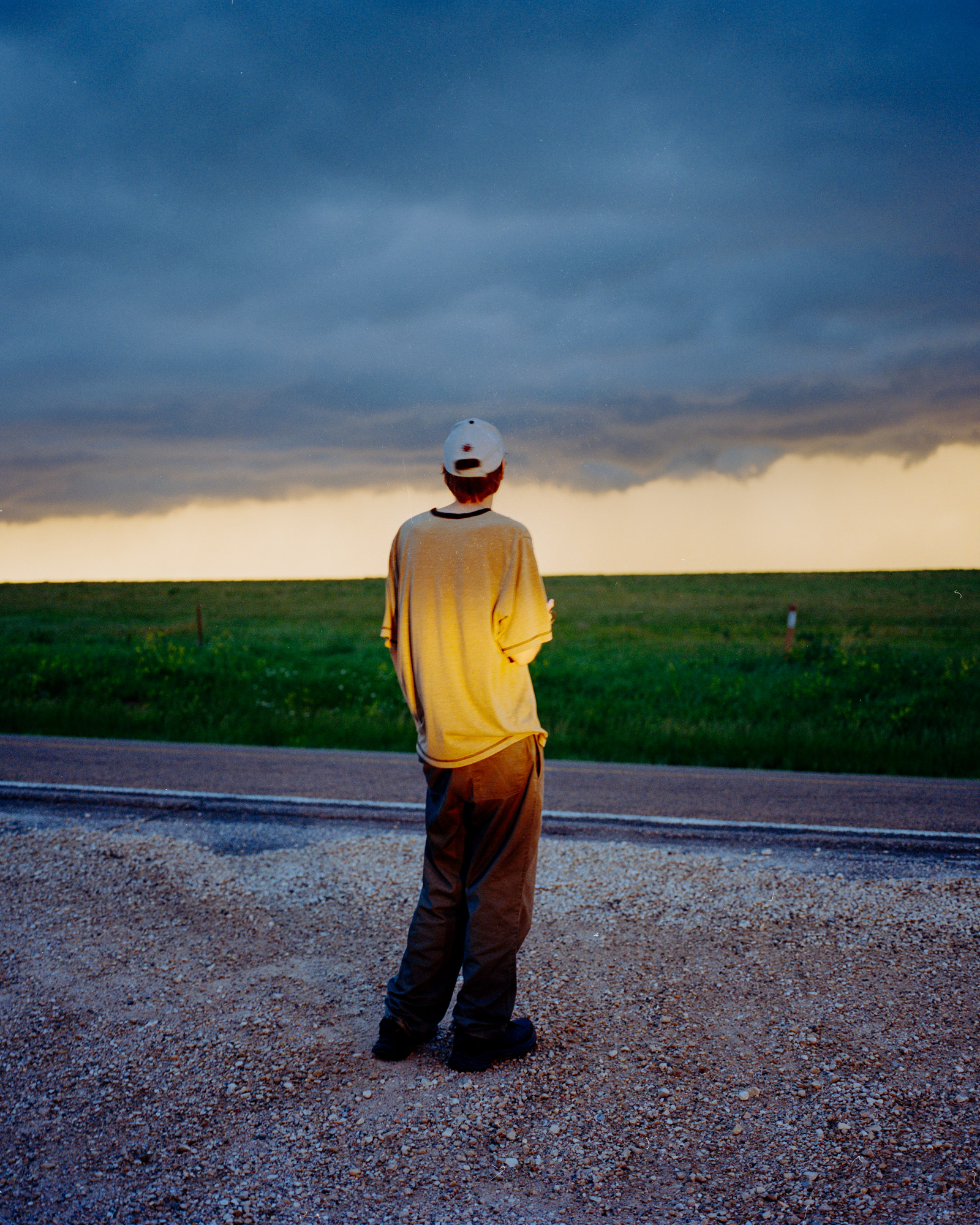 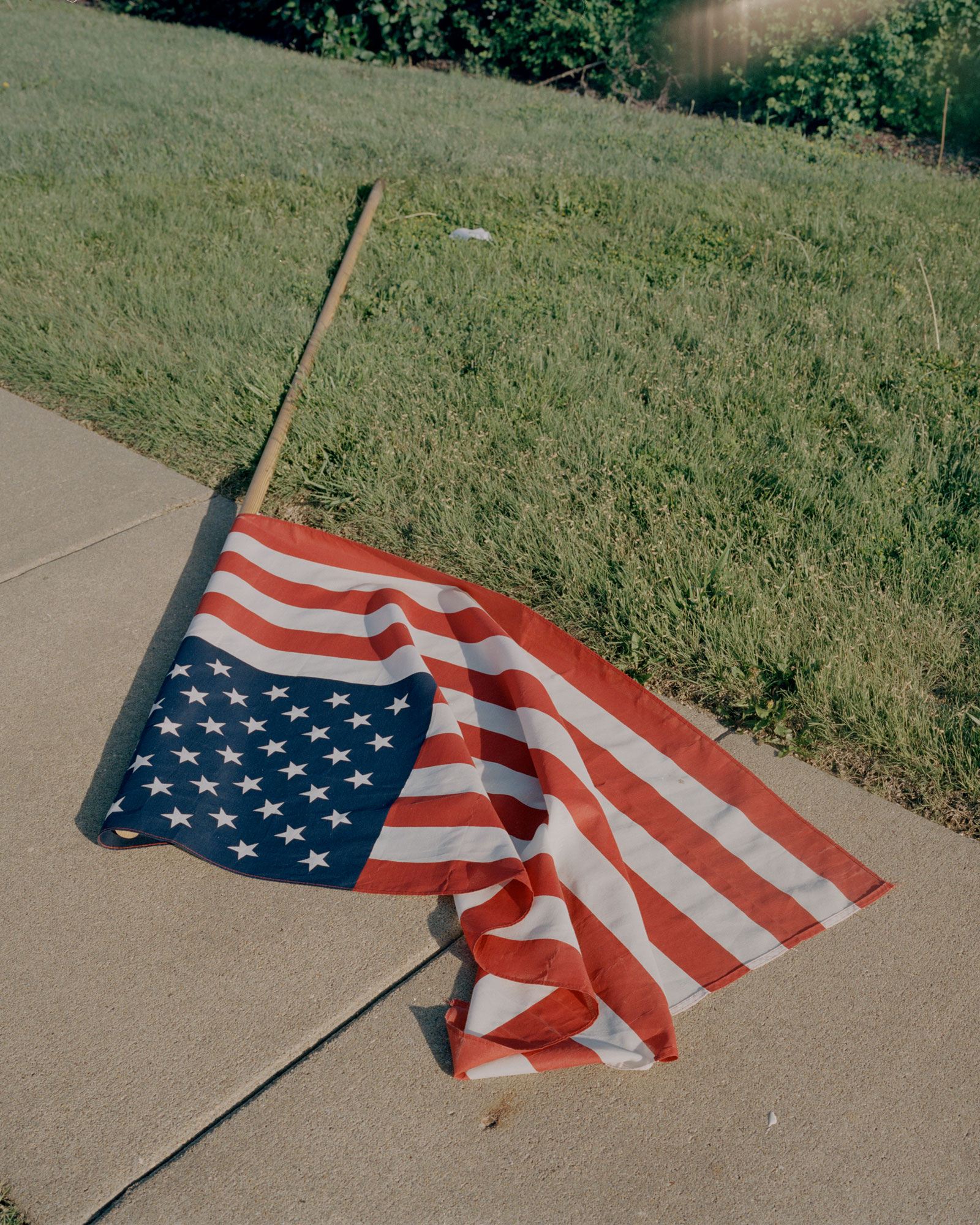 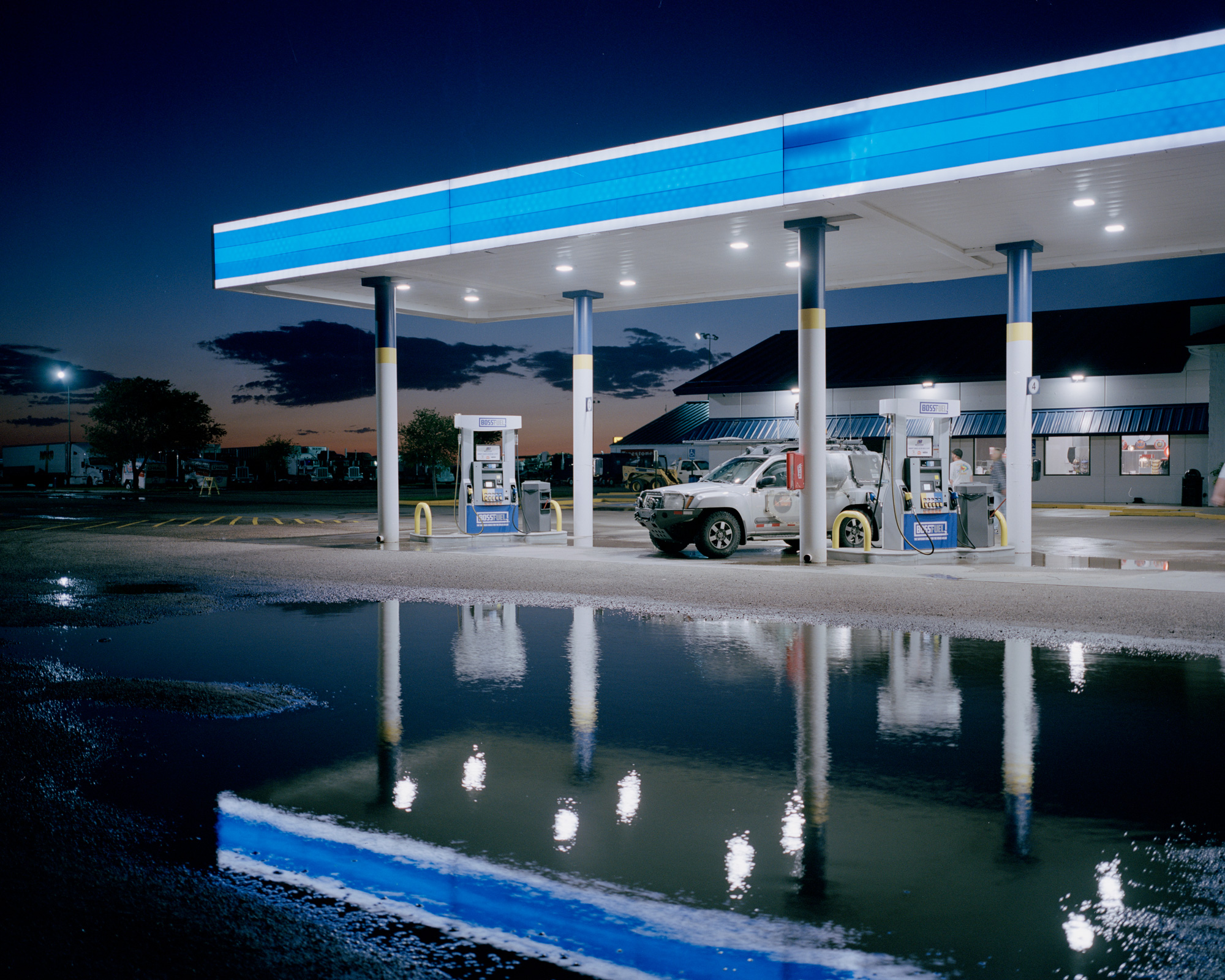 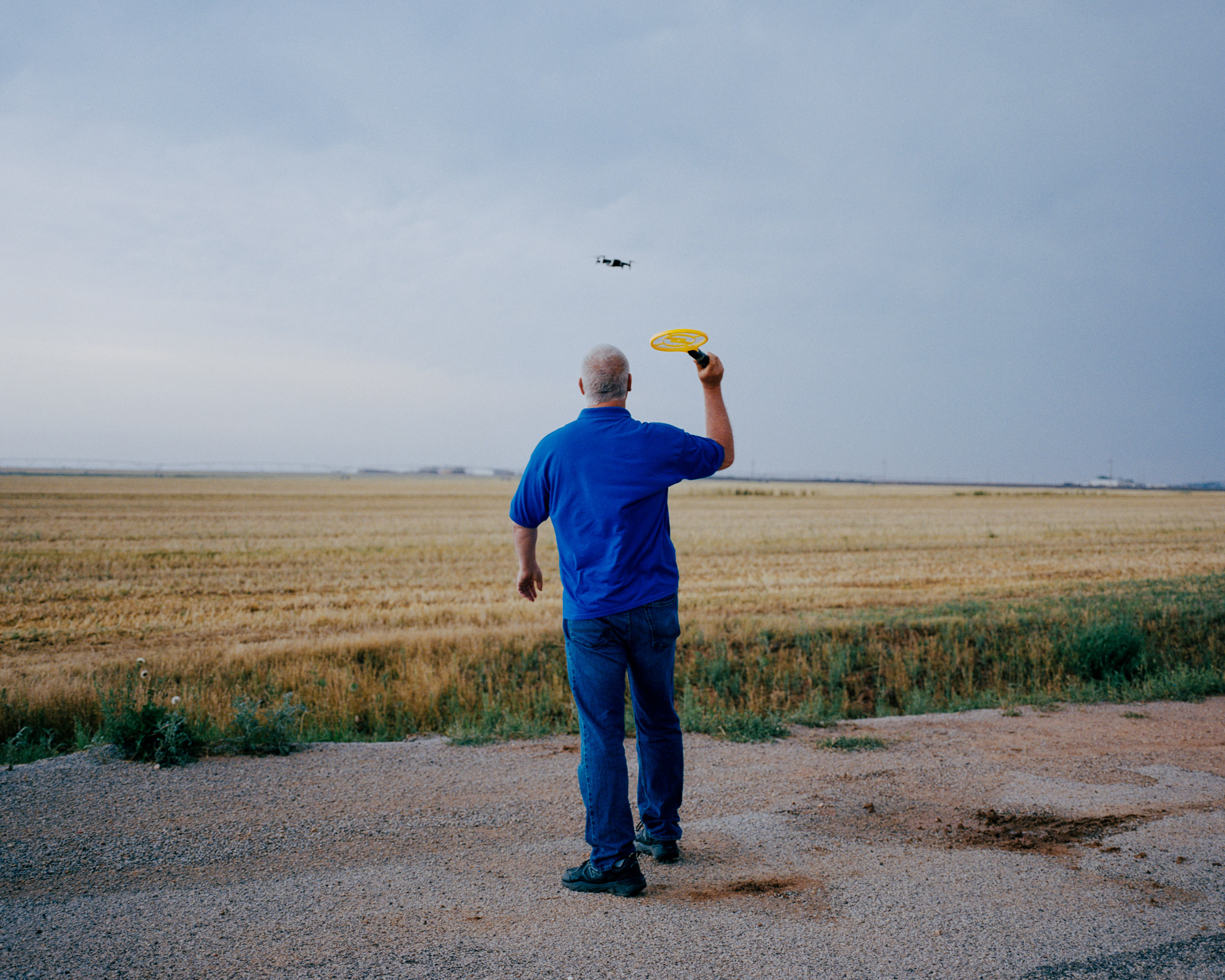 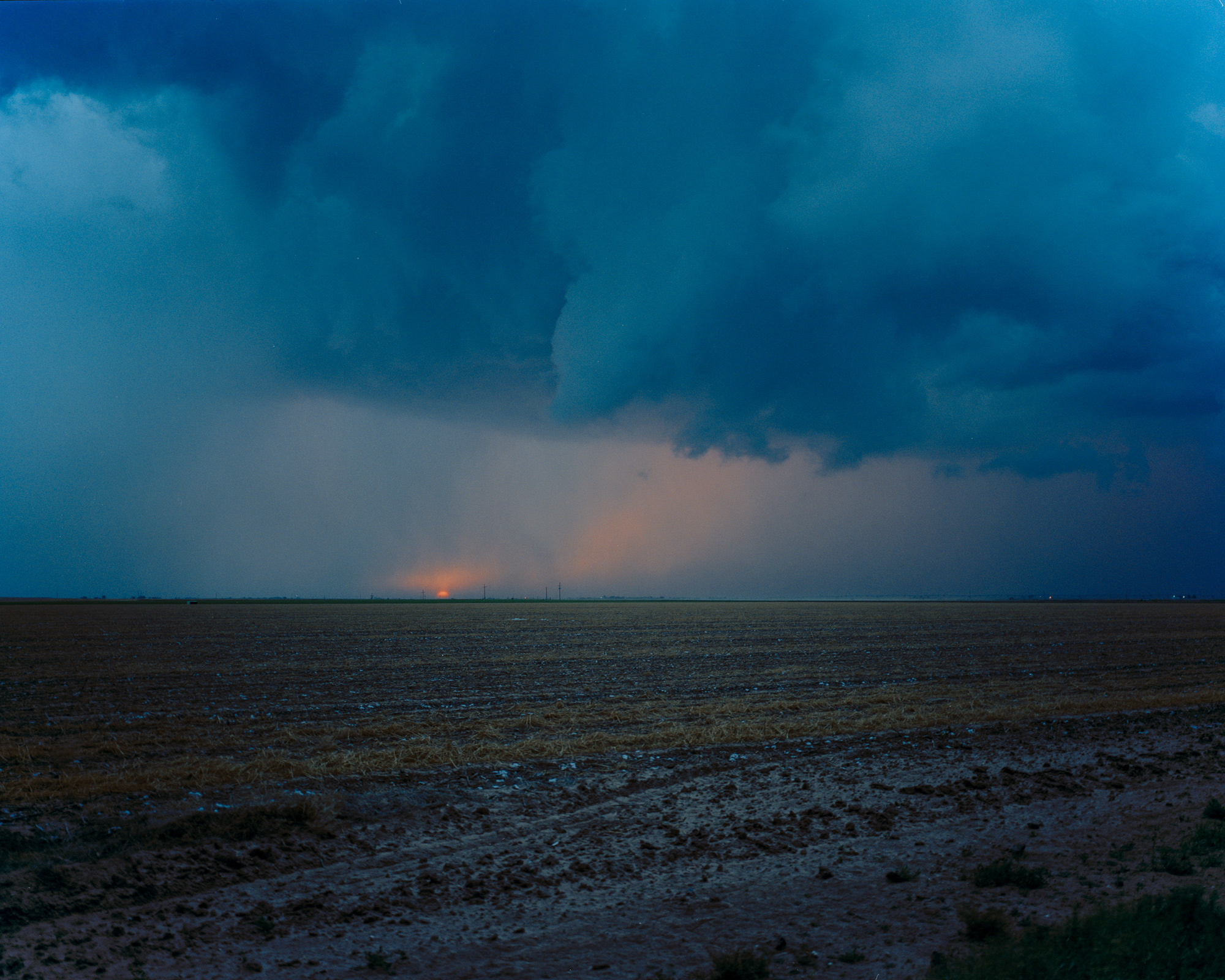 See more of Néha Hirve’s work on her official website.

Linkedin
RELATED ARTICLES
OTHER ARTICLES
A new exhibitions brings together the work of photographers who documented the deep unrest of these pivotal decades.
Filmmaker Laura Poitras discusses her new documentary which traces the remarkable life of the artist-activist and the impact of her battle against the US opioid crisis.
Since 2007, Gideon Mendel has made 20 trips to document floods in 13 countries. The result is an alarming record of what has already been lost to the climate emergency.
A new law change is enabling Britain’s donor-conceived children to know the truth about their origins – but campaigners say the fertility industry must do more to protect people.
After building his reputation covering the US civil rights movement in the 1960s, the photographer went on to produce some of the most enduring images of the past century.
As she gears up for the release of her first book, the 24-year-old climate activist talks standing up to authority and building a more inclusive movement.