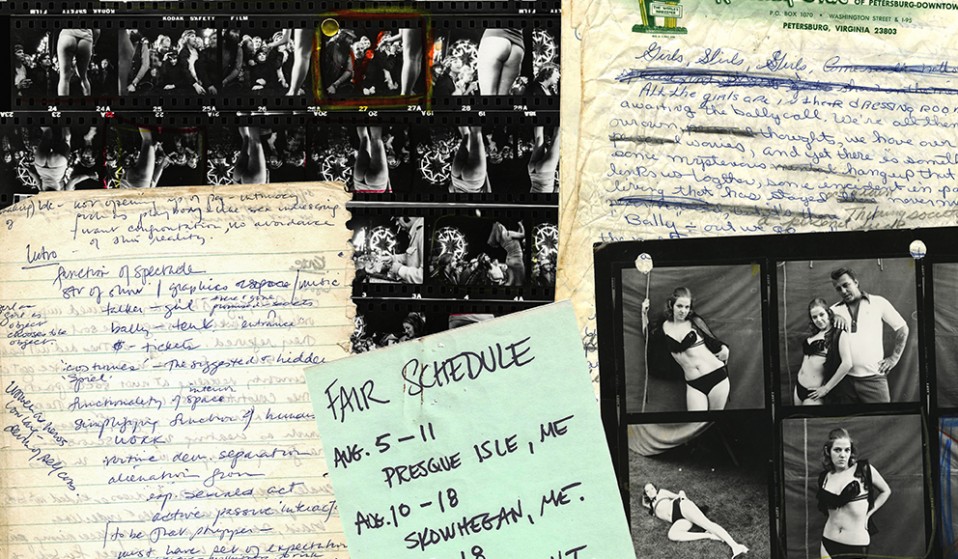 We chat to legendary Magnum photographer Susan Meiselas about memory, Mediations, and what she’s learned after four decades in the business.

We chat to legendary Magnum photographer Susan Meiselas about memory, Mediations, and what she’s learned from four decades in the business.

For more than 40 years, American photographer Susan Meiselas has grounded her work in the idea of place. Whether working on the front lines of civil war in Nicaragua or backstage with carnival strippers in New England, Meiselas is fully present in the moment, seeing not just the surface of things but that which lies beneath – the spirit within the flesh and bone that continues to live in her photographs long after they are made.

Mediations, her newest book (Damiani/Jeu de Paume/Fundació Tàpies) traces her singular journey across time and space, exploring the ways in which the photograph works as object, art, and evidence. The book, which accompanies a touring exhibition that will open at SFMoMA on July 21, is not so much a catalogue as it is a meditation on the threads that weave the complex tapestry of Meiselas’ career.

In it, a variety of writers offer their take on the issues that inform the questions at the heart of her work; such the language of the body, the meaning of place, the position of the photographer, and the legacy of documentary work. They also begin to consider the ways in which the photograph works as a book or a print, a scan or a memory. 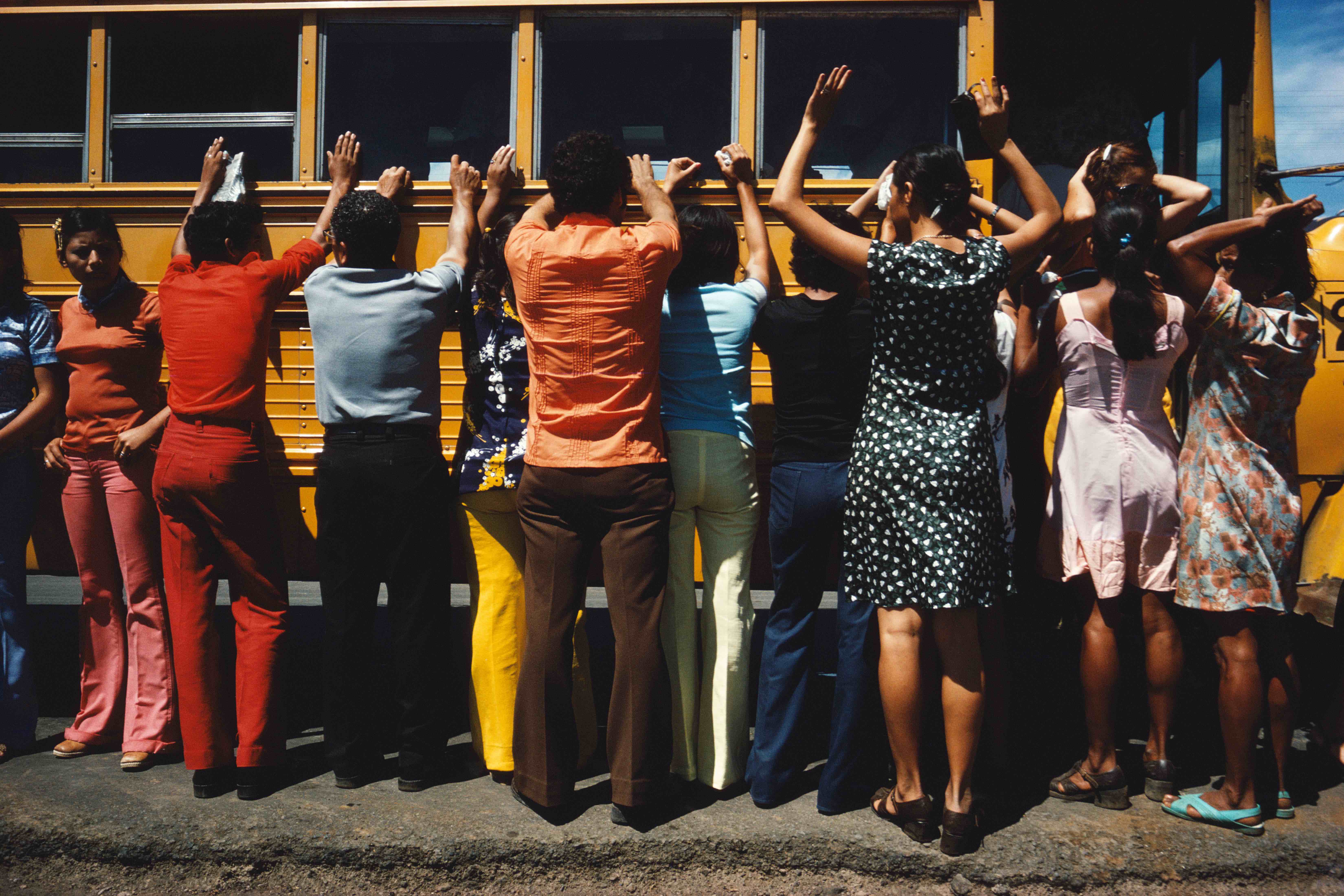 Everyone traveling by car, truck, bus or foot is searched, Ciudad Sandino, Nicaragua 1978

With every project, Meiselas adapts to the requirements the story demands. The book and exhibition begin in a very intimate space, with small black and white photographs from the 1971 series, 44 Irving Place. Among those included is a self-portrait made at 23 years old, present yet nearly invisible due to the use of a long exposure. It is the perfect visual metaphor of Meiselas at work, whether behind the camera or long after the print has been made. 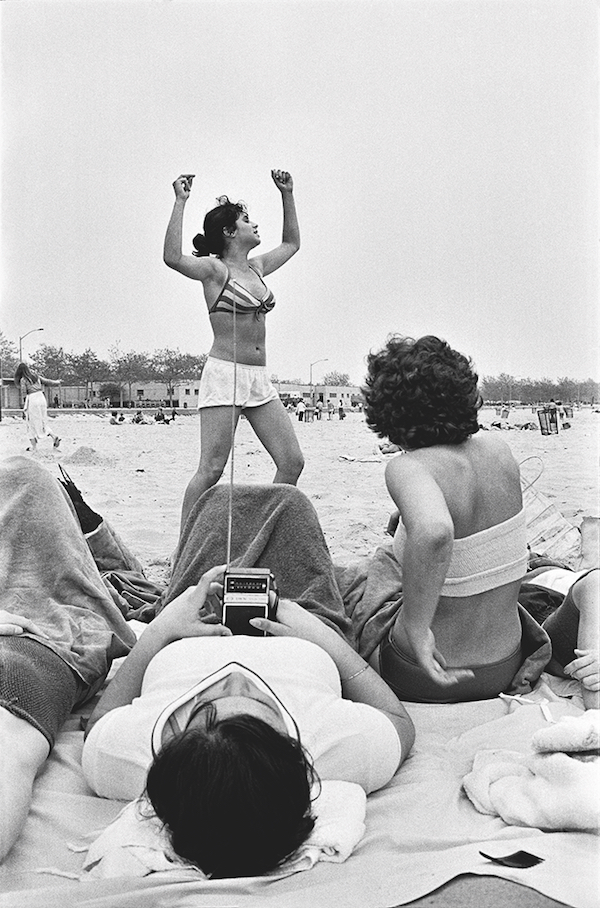 “The exhibition and [book] take its title from early work where I am trying to make sense of the distribution of images, which I am really experiencing for the first time having been part of Magnum Photos and part of the network of distribution,” she says. “I was starting to see what happened to all of the photographs and the object of the photograph.”

In the exhibition, we see her work running in three rows across a very long wall, presented as work prints, finished prints, tearsheets, slides, and pages from books in order to “show the life of an image and the notion of re-appropriation of images that travel beyond that time.”

“I literally got something this morning on Facebook, with someone using the Molotov Man [one of Meisela’s most famous shots] and tied it to an image that was photographed by someone anonymously yesterday in the streets of Nicaragua – which are in flames right now in response to some of the actions that Ortega took and are trying to take him down. They went back to this image made almost 40 years ago to draw a parallel. It’s a continuous dialogue of images. People are constantly revising old forms and going beyond what we could imagine then. I think about that a lot.” 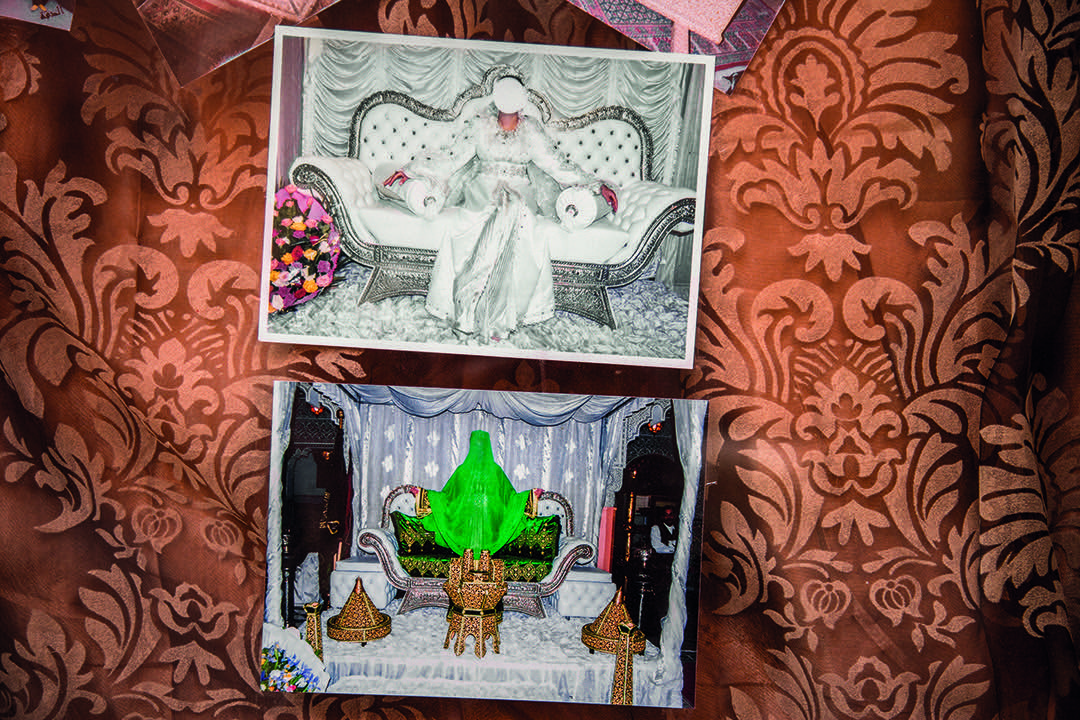 The questions of possibilities, of thinking anew, of considering fresh perspectives that the situation demands have allowed Meiselas to question and examine the possibilities of what the photograph is and does. For Meiselas, the photograph goes beyond the object itself, becoming a means to connect, collaborate, and converse with her subjects and viewers.

“It makes life more meaningful, that’s for sure,” she confirms. “Looking backwards, there is so much memory loss. Doing a show like this opens up some of the caverns of memory: finding bits and pieces and trying to figure out the appropriate amount of artefact to try to give a feel for the process within a specific time frame. Going back to go forward as they say.” 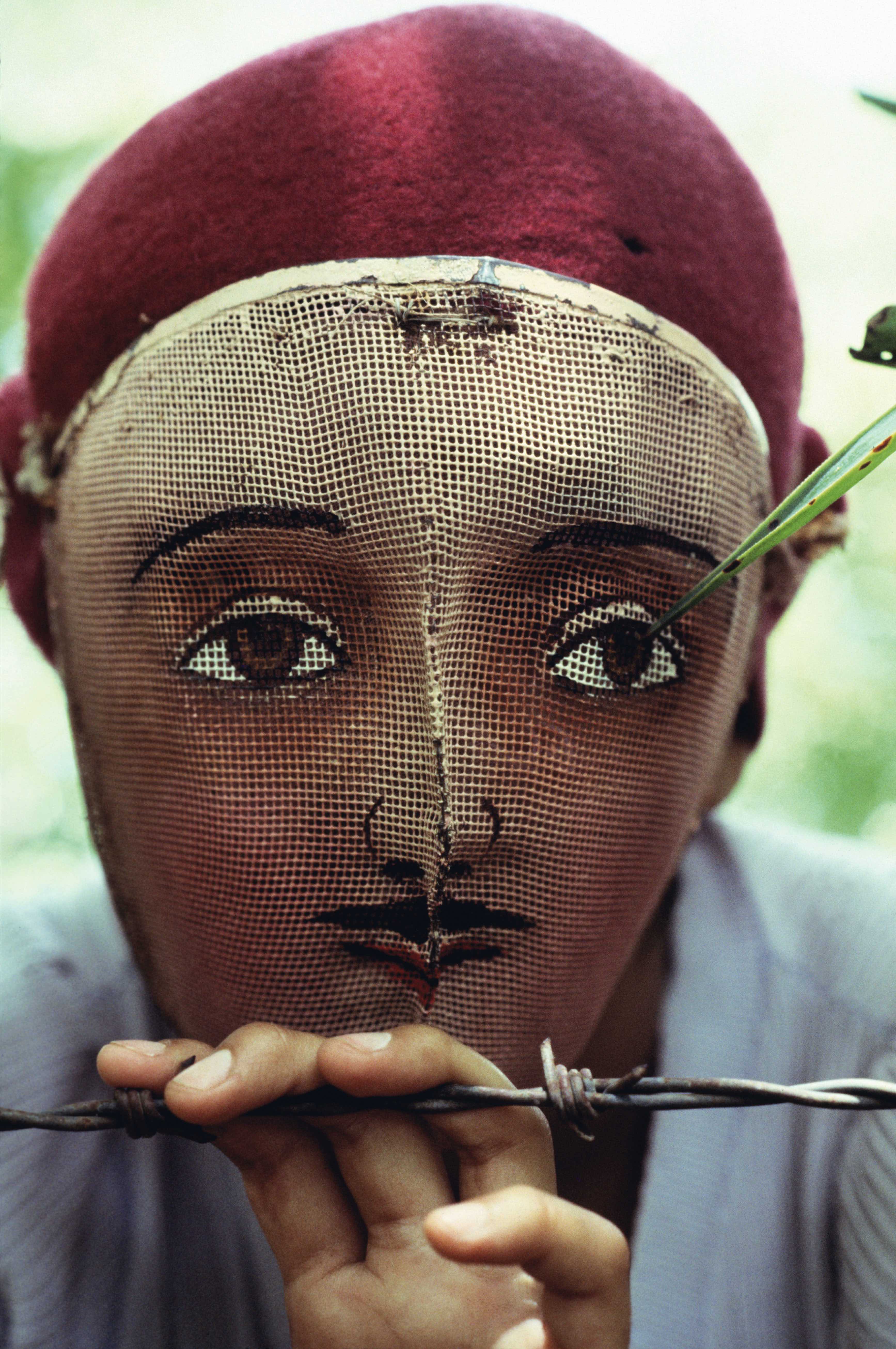 Traditional Indian dance mask from the town of Monimbo. 1978 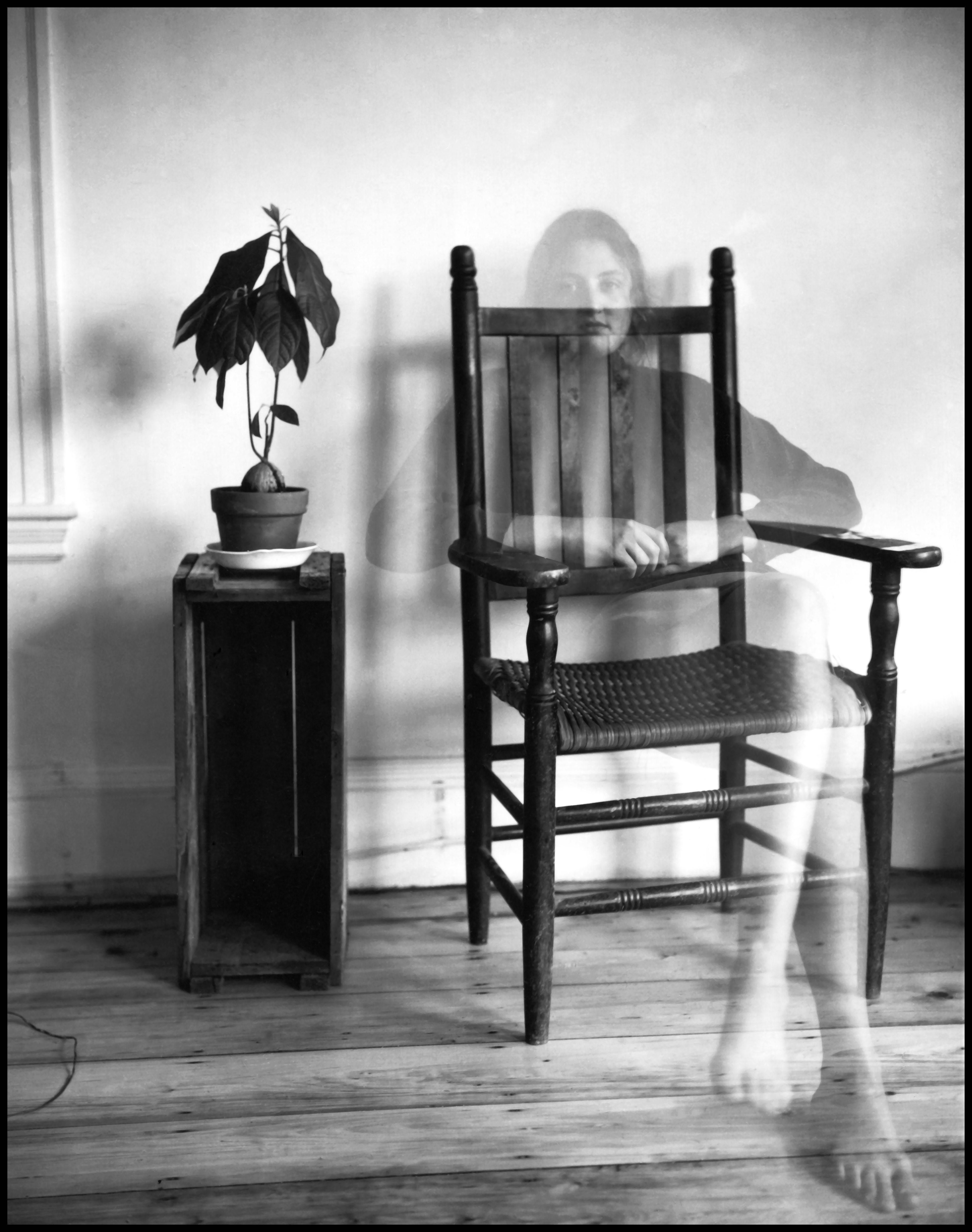 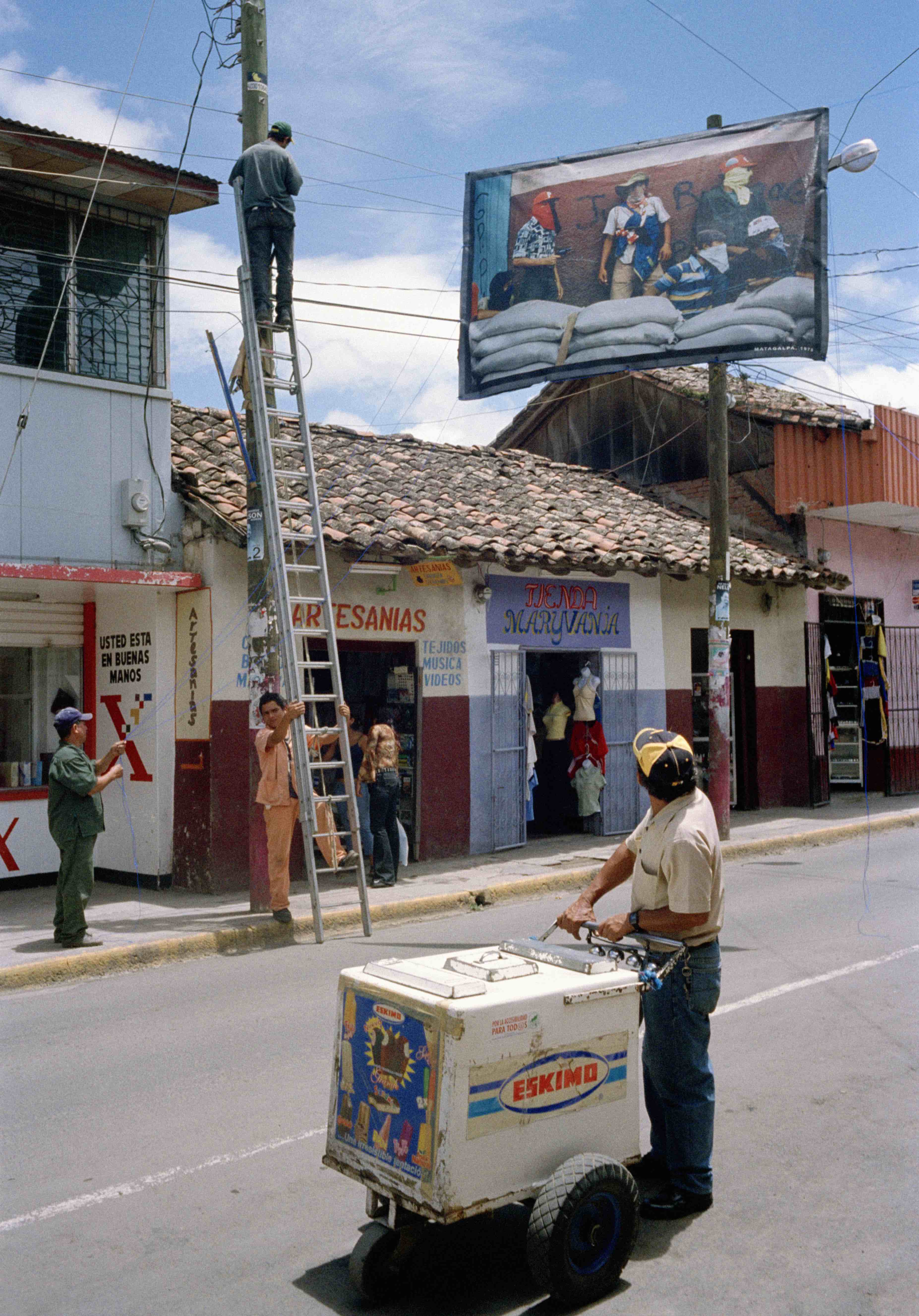 Awaiting counterattack by the Guard, Matagalpa, September 1978 from the series Reframing History 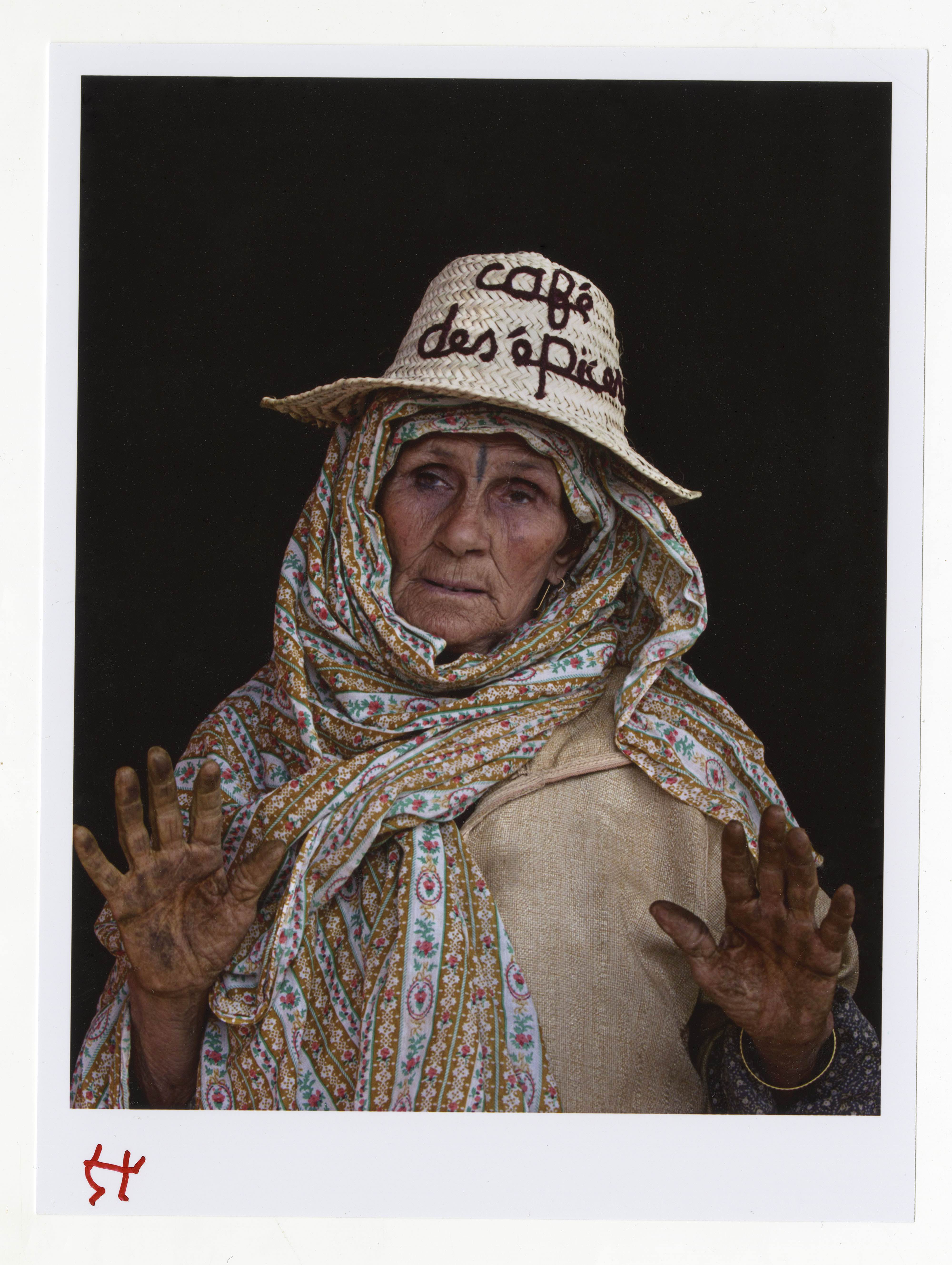 Signed portrait, Marrakech, Morocco, from the project 20 dirhams or 1 photo?, 2013 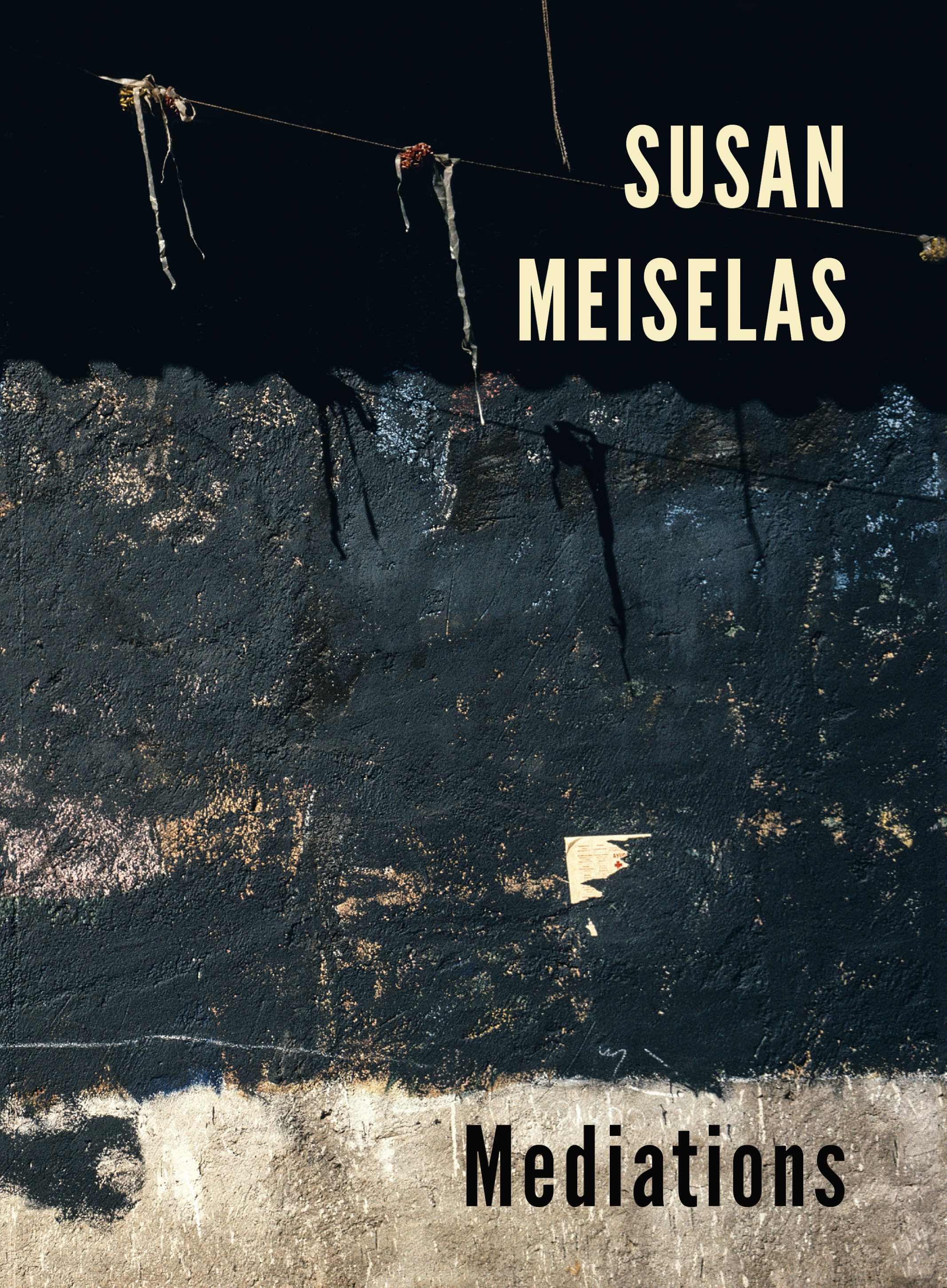 Linkedin
RELATED ARTICLES
OTHER ARTICLES
Cindy Campbell recounts how her brother ushered in a new era of musical culture at a party she held in the Bronx in ‘70s.
Rogue landlords are exploiting young and inexperienced renters and leaving them in mental and financial turmoil, reports Niall Hignett.
Thousands attended the annual event this year to wheelie through the city and call for ‘knives down, bikes up’.
A 37-year-old woman shares how her abortion led her to become a clinic worker, and the abuse she’s received in that role.
Financial turmoil is pushing people who work in the sex industry into more dangerous and desperate situations as a means of survival.
For over a decade, gamblers have won big by employing people to place live bets from the court. But does this dubious method still work?