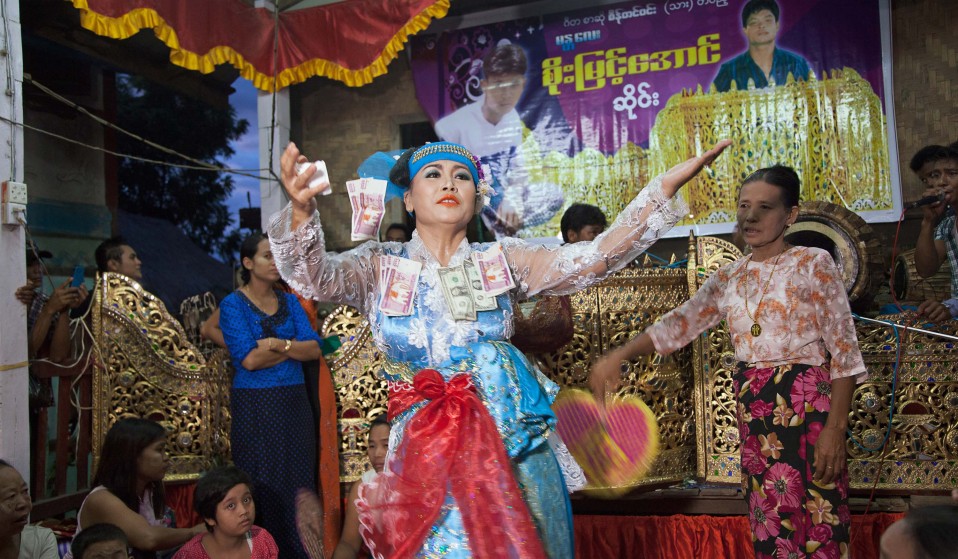 In her new book, award-winning photographer and activist Mariette Pathy Allen captures the gender non-conforming mediums of Thailand and Burma.

In her new book, award-winning photographer and activist Mariette Pathy Allen captures the gender non-conforming mediums of Thailand and Burma.

Mariette Pathy Allen has been capturing the world’s gender non-conforming communities for nearly four decades now. Using the power of writing, academic study and visual storytelling, the American photographer has spent her career giving a voice to the voiceless – sharing the experiences of the transgender, genderfluid and intersex people who have been left behind by their societies.

So far, Allen’s dedication has manifested itself into four books. Her first, Transformations: Crossdressers and Those Who Love Them (E. P. Dutton, 1989) and the Lambda award-winning The Gender Frontier (Kehrer, 2003), were celebrations of gender non-conforming people in the US. They were followed by TransCuba (Daylight, 2014) – a colourful and poignant examination of Cuba’s transgender community. 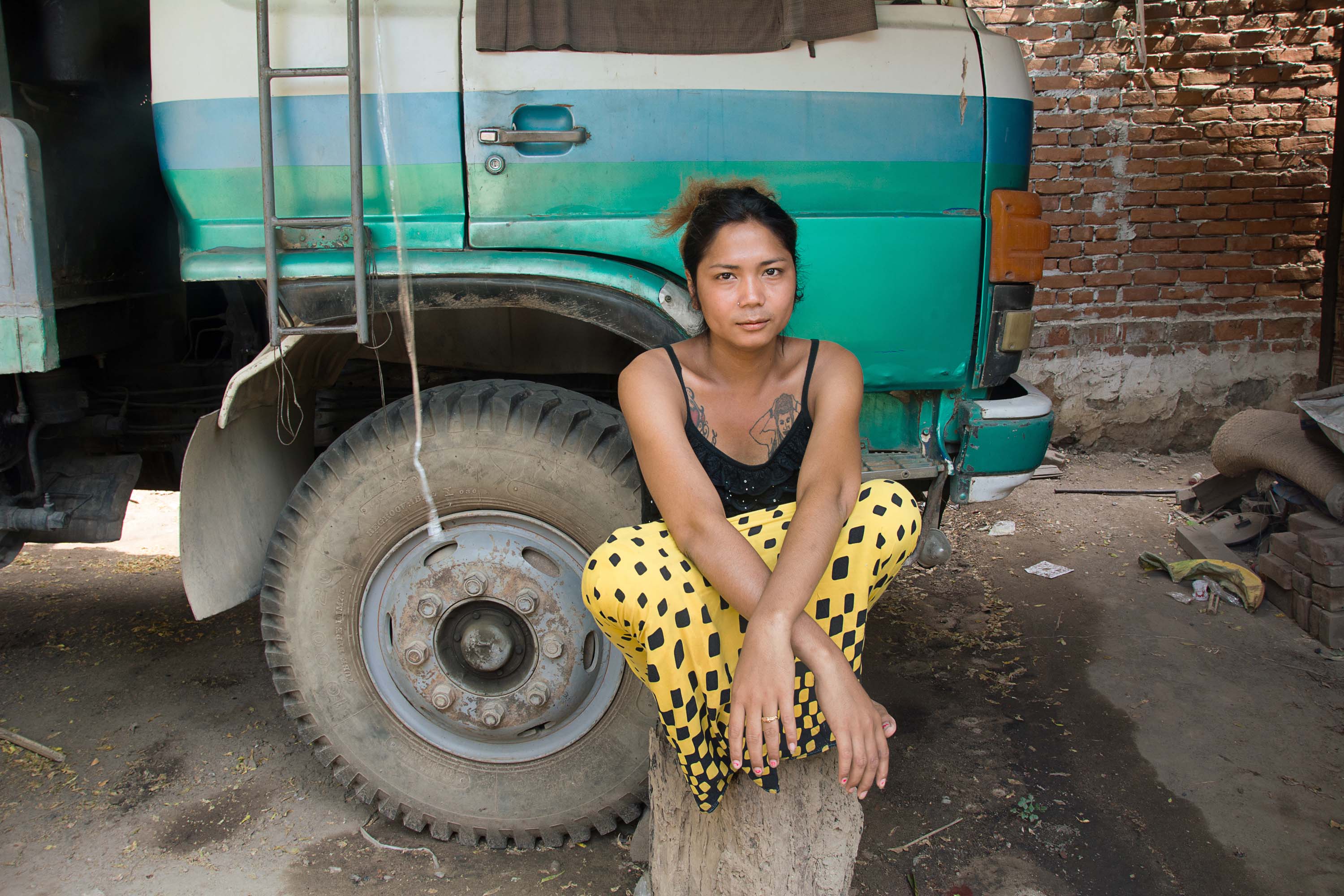 Win Si Thu’s acolyte sitting comfortably before preparing to perform at a nat pwe in the large courtyard of Win Si Thu’s home.

Her latest book, Transcendents: Spirit Mediums in Thailand and Burma, builds on this further by exploring gender variance among the spirit cults of south-east Asia.

“I was drawn to Burma and Thailand because of the similarity and differences of those cultures,” the activist tells Huck. The focus lies particularly on the gender non-conforming mediums of both countries. “I was fascinated by the idea that spirituality was what created the acceptance of homosexuality and transgender.” 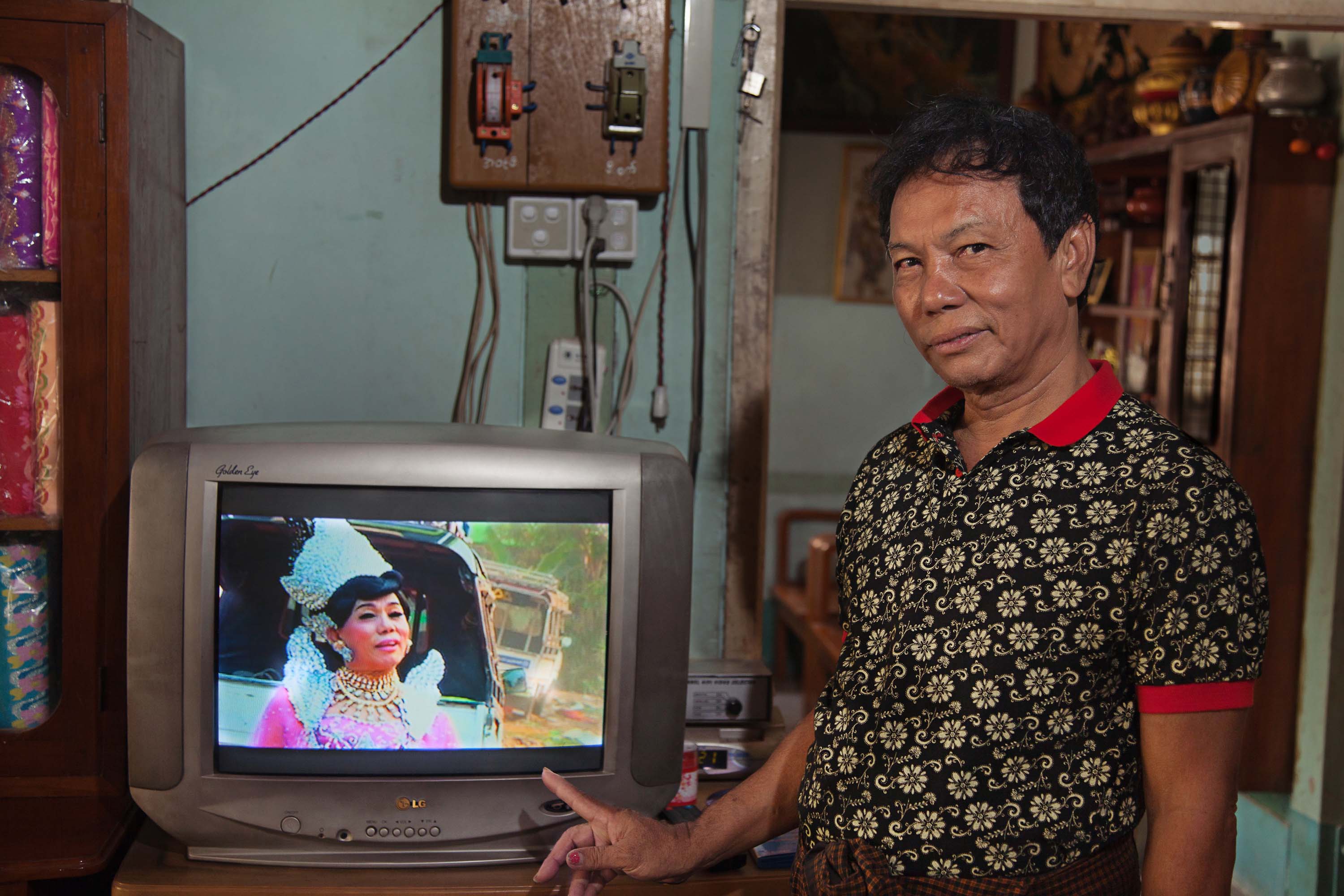 Mot Me Noe, a famous nat kadaw in Mandalay, showing the video of their performance at a spirit festival.

Transcendents is a collaboration with Professor Eli Coleman, the director of the Program in Human Sexuality at the University of Minnesota, who researches sex and gender variance in Juchitan, Mexico, French Polynesia, Burma, and Thailand. The book features several text and essays from him, which run alongside Allen’s intimate portraits.

“The spirits are known by their names, stories, and behaviour, and even by the advice they might give when they speak through the mouth of the medium they possess,” Allen explains. “There is no way that I, as a westerner, can understand the magic that transpires during a trance dance, or when mediums are possessed as they perform a story. I reign in my western thinking that asks for proof before belief. I just sit and observe, and allow myself to be absorbed.” 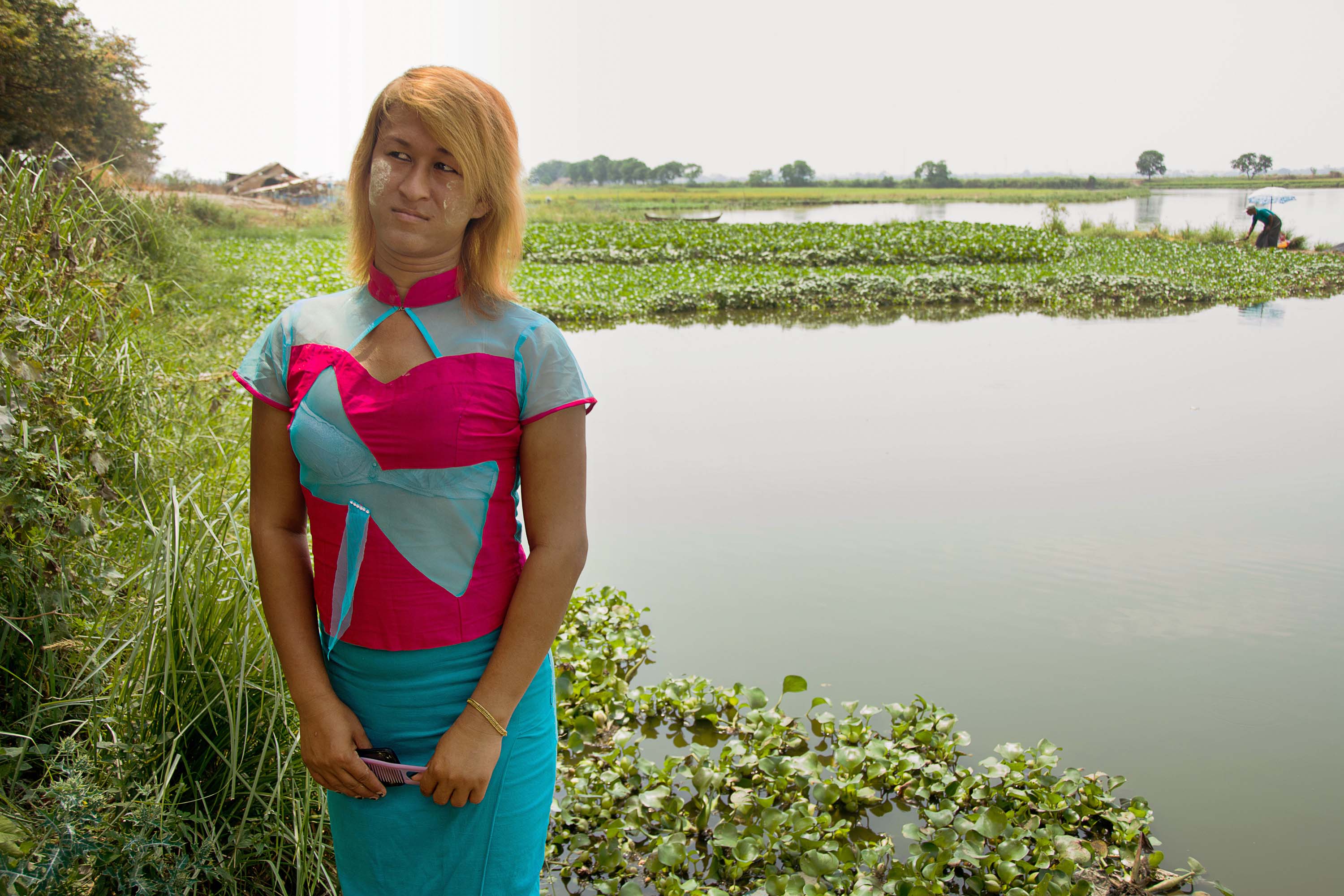 Sai Sai in the countryside just outside Mandalay. 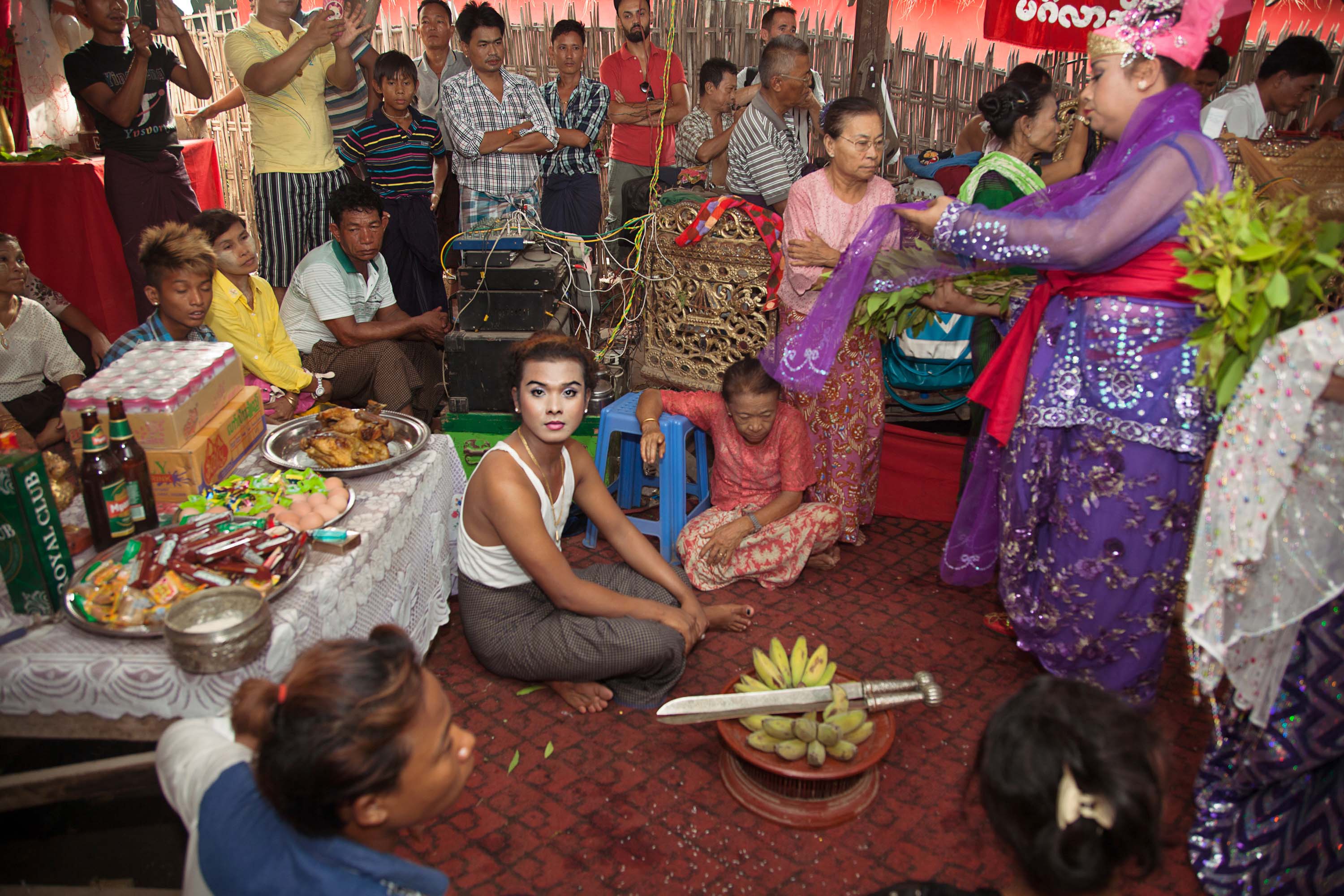 A novice nat kadaw preparing to assist their teacher at a nat pwe in Mandalay. Ancient swords are part of the ritual stories of the nats. 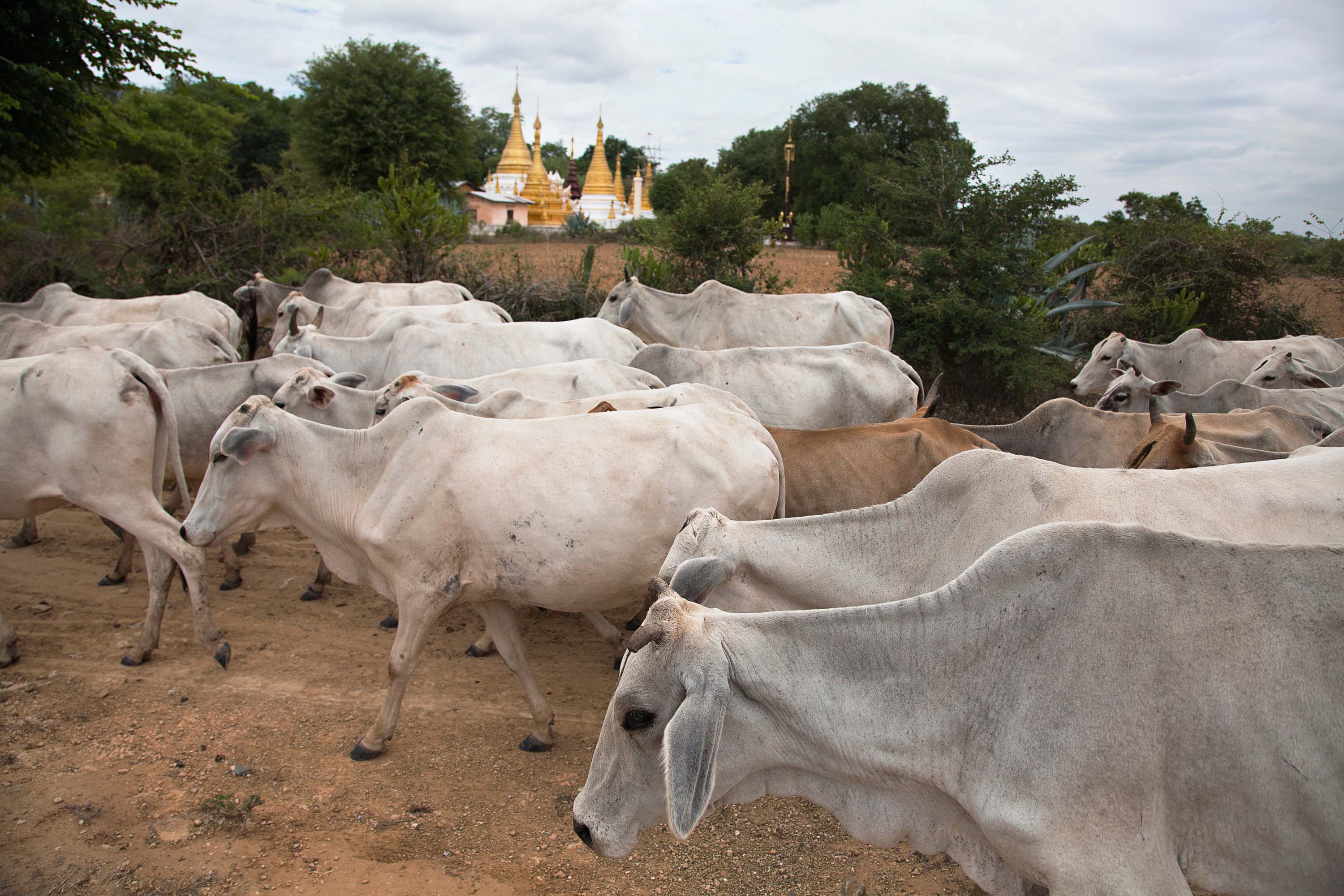 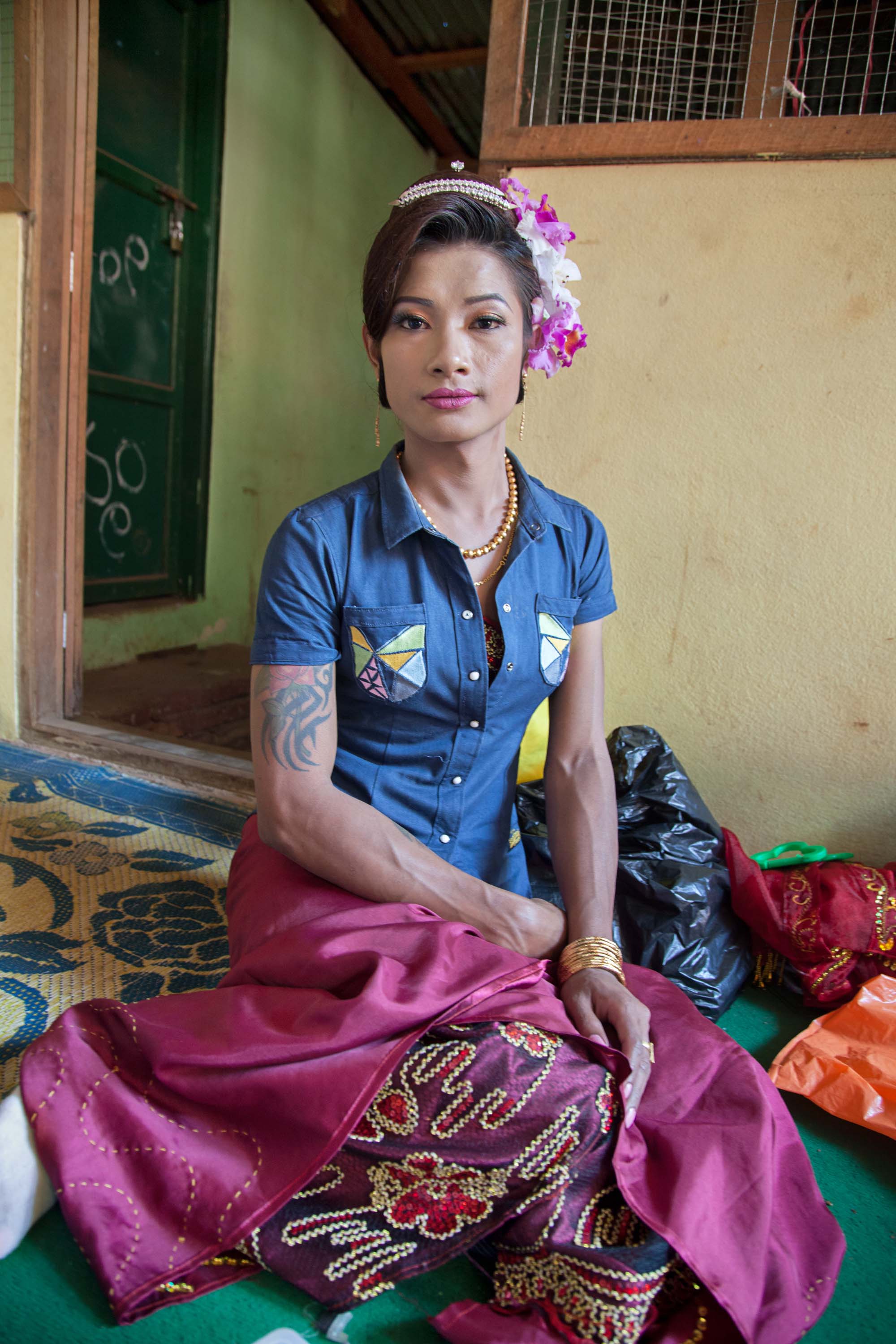 A gender variant tattooed and muscular nat kadaw in Mount Popa waits to perform at a nat pwe. 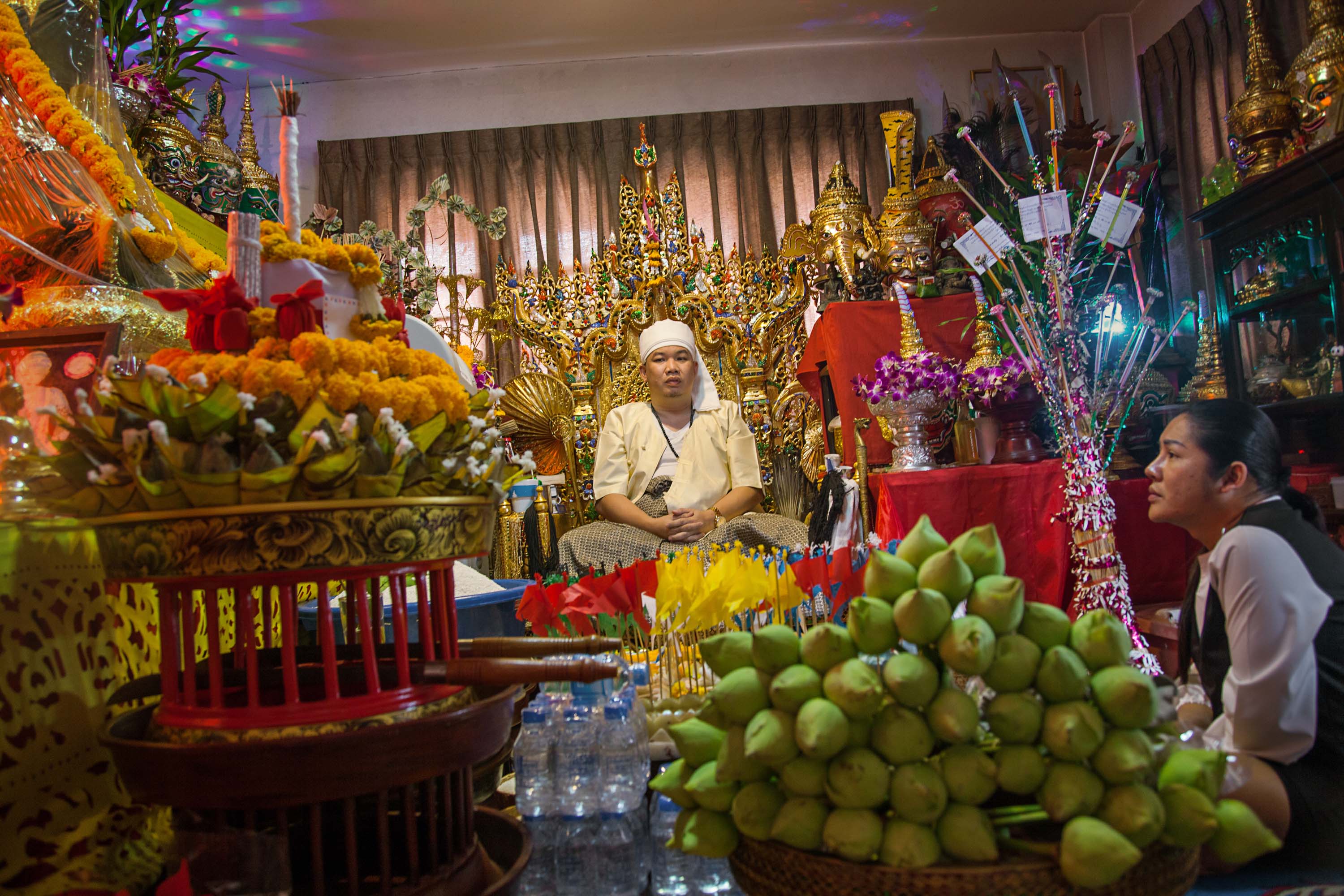 A well-known maa khii is commissioned to perform a series of rituals in the hope that the spirit who possesses him will bring a young man out of a coma. The young man’s transgender girlfriend is intensely involved in the ritual. Chiang Mai. 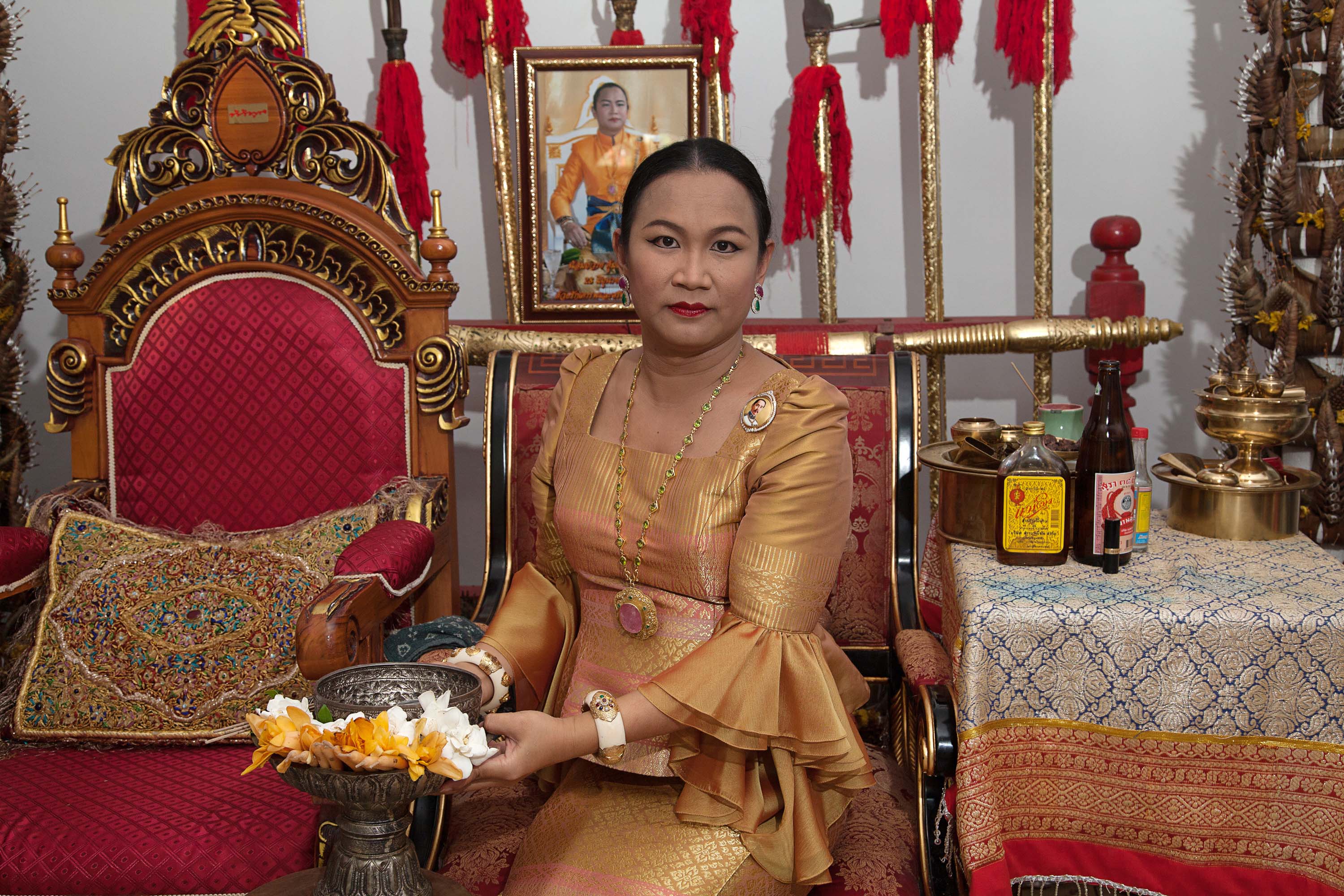 Prem, a transgender woman, who may be possessed by seven different spirits, is one of the most respected maa khii (spirit mediums) in Thailand. People come to see her for spiritual counseling, healing, or good fortune through the intercession of the spirits that possess her. 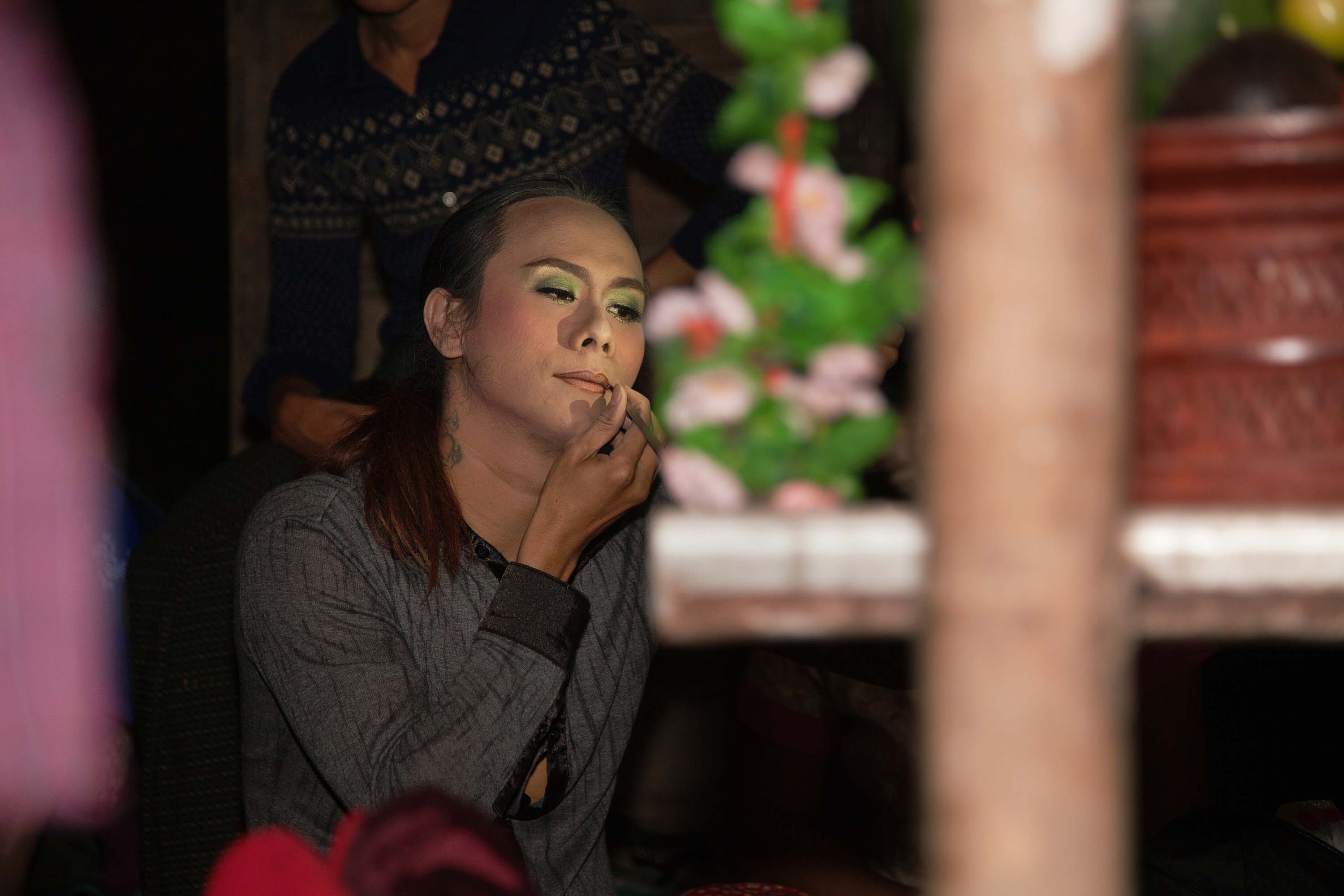 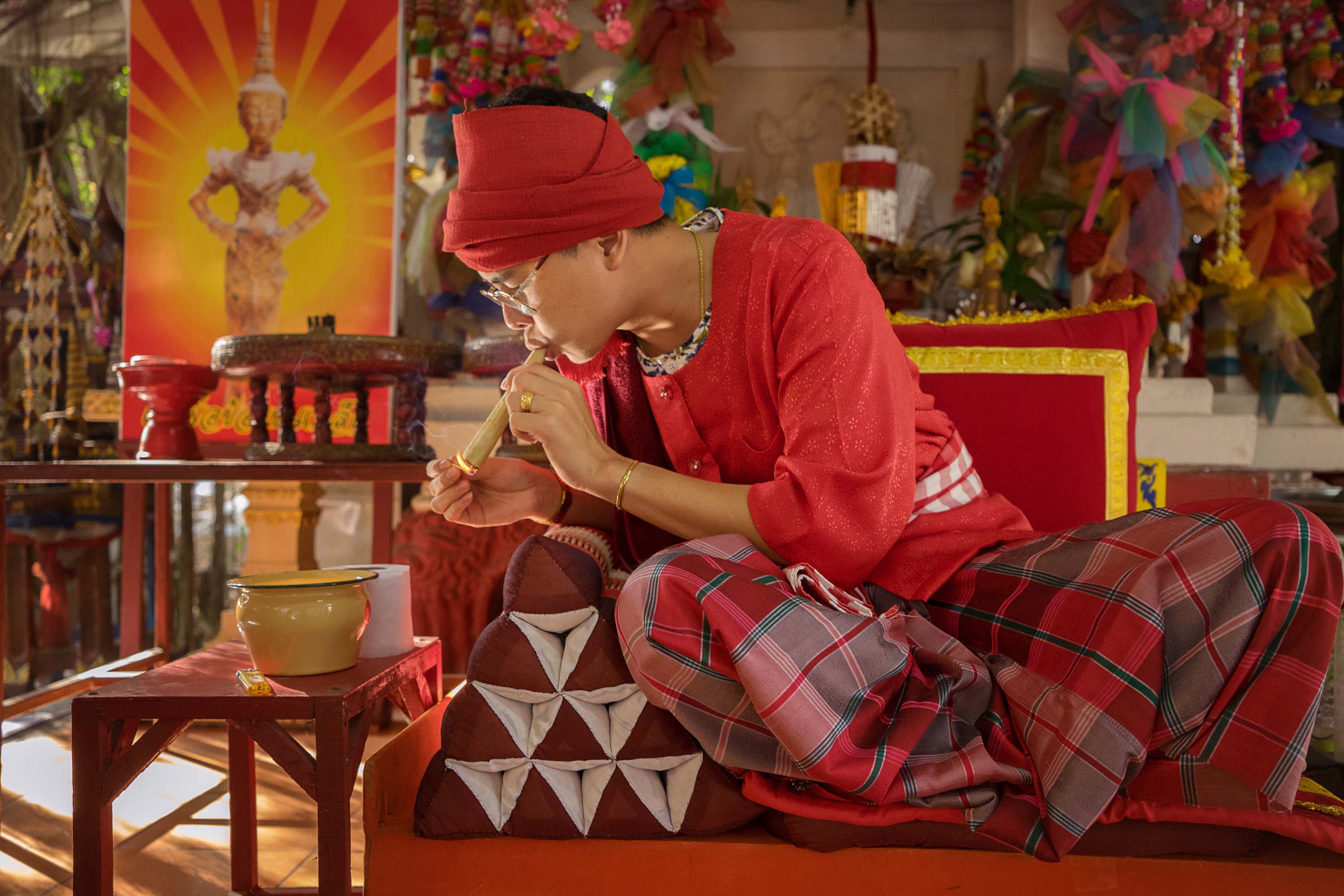 A maa khii in Chiang Mai lights a traditional cigar for the enjoyment of their spirit. 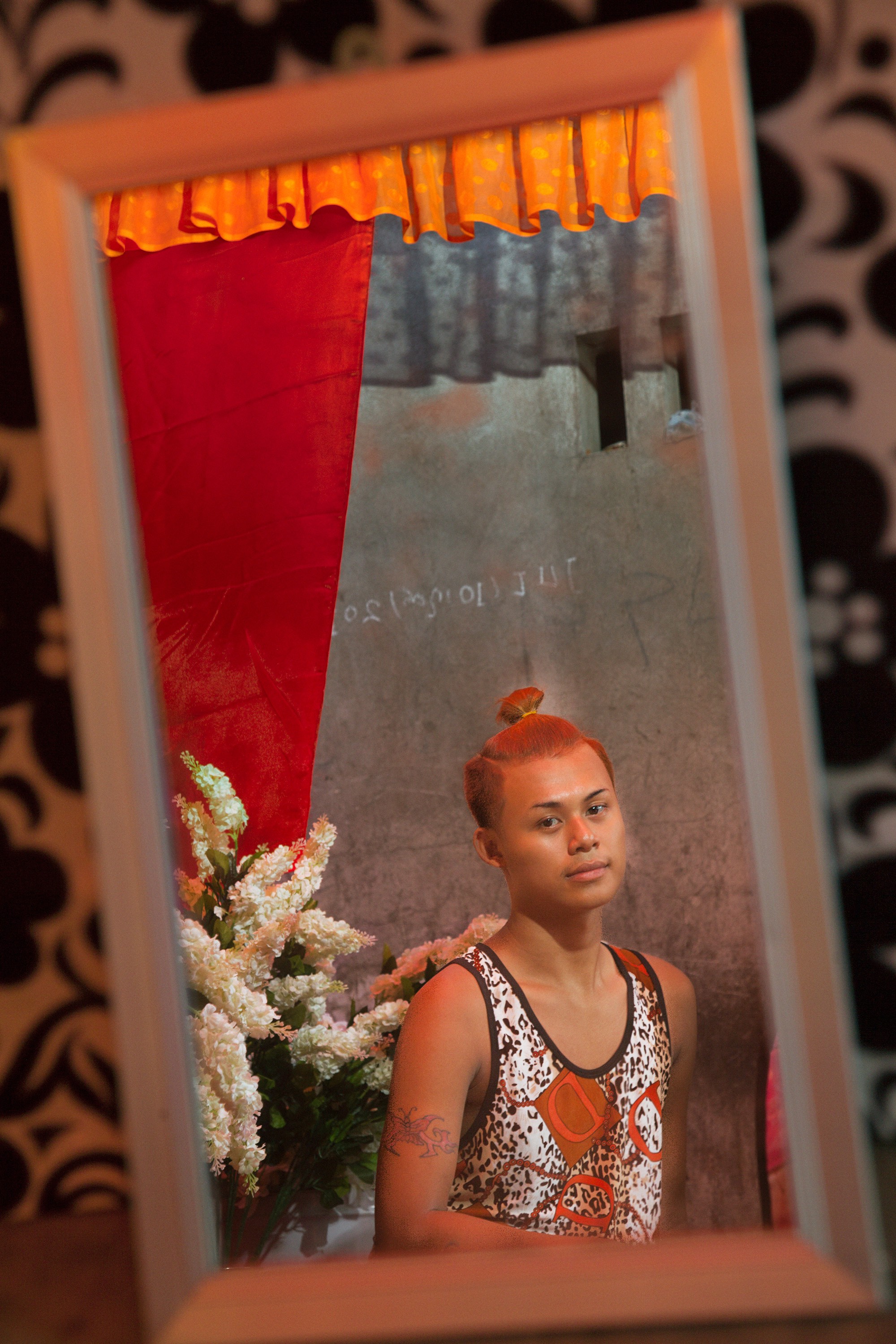 A novice nat kaaw of Mot Me Noe’s in Mandalay.

Transcendents: Spirit Mediums in Thailand and Burma is available now from Daylight books.

Linkedin
RELATED ARTICLES
OTHER ARTICLES
From the early originators to the female writers at the forefront of today’s scene, we talk to the artists redefining graffiti’s consciously macho origins.
A woman from Texas explains how she was forced to consider the criminal liability she might face for medication abortion over her health.
One year on from the fall of Afghanistan to the Taliban, Tiara Ataii speaks to those who have been forced to make the treacherous journey to Europe for safety, and the barriers and horrors they have faced.
An abortion storyteller talks about the termination of her pregnancy and the harassment she’s received for sharing her story online.
Susan Pektaş’s new photo series delves into multiple cultural layers of the region with a touch of personal mysticism.
In the latest instalment of Photographers in Conversation, the creator talks portraiture, platforms and taking inspiration from Little Simz.