News & Politics / The Travel Diary: When Christians jump into the ice cold rivers of Belgrade 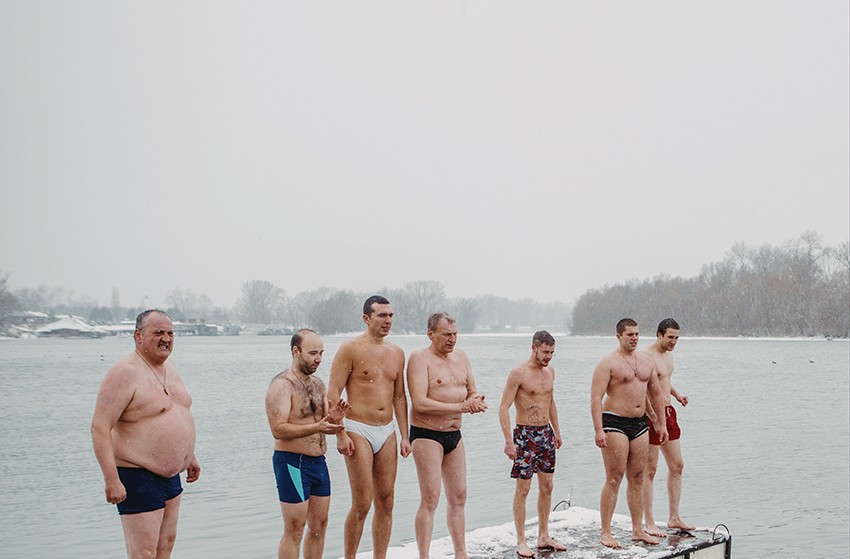 When photographer Dan Sully found himself in the Serbian capital, Belgrade, he stumbled on an unexpected Christian tradition in the Danube's frozen waters.

When photographer Dan Sully found himself in the Serbian capital, Belgrade, he stumbled on an unexpected Christian tradition in the Danube's frozen waters.

Serbia is an interesting place to visit in 2017. If you grew up in the 90s, like I did, your entire awareness of the Balkans was in relation to the breakup of Yugoslavia, and the wars in Bosnia and Kosovo that became a common fixture on the news.

Since then, Croatia has found itself inside the EU, and it’s become a popular holiday destination (for my fellow Brits at least), but people have been slower to recognise Serbia as a place to visit. 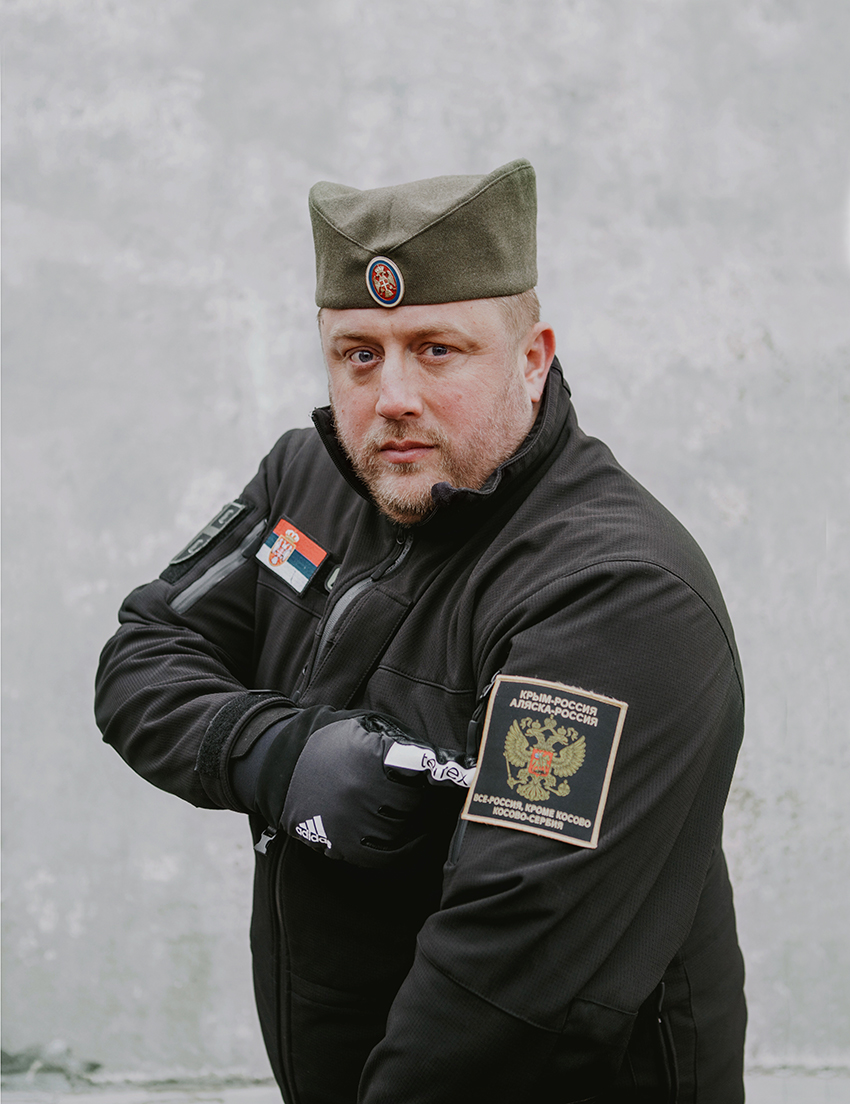 After visiting the country myself, I’ve no doubt that this will change. My trip to Belgrade, the country’s capital, was during the very peak of winter, but even in the midst of the ice and snow I got a sense of a city that’s quickly redefining itself and looking to the future, while also preserving it’s own special culture and traditions. Traditions just like the Orthodox Christian Epiphany celebrations. 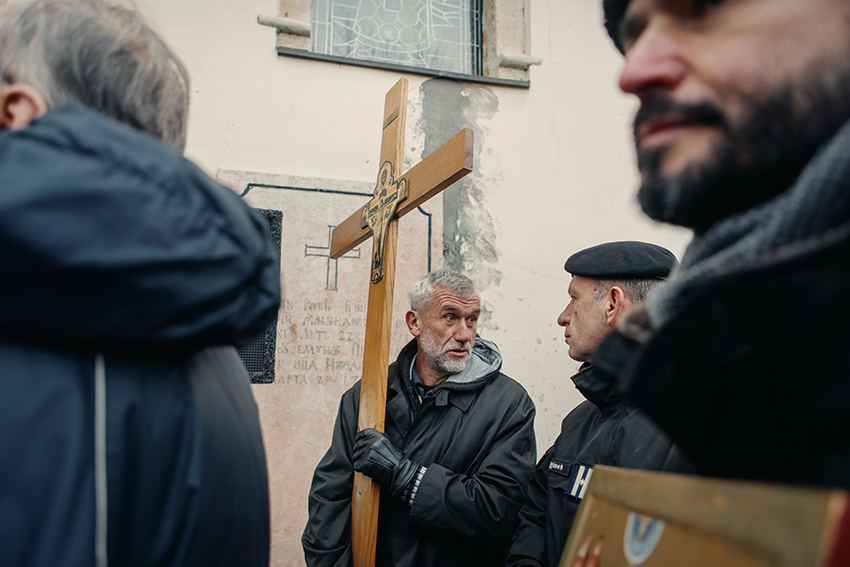 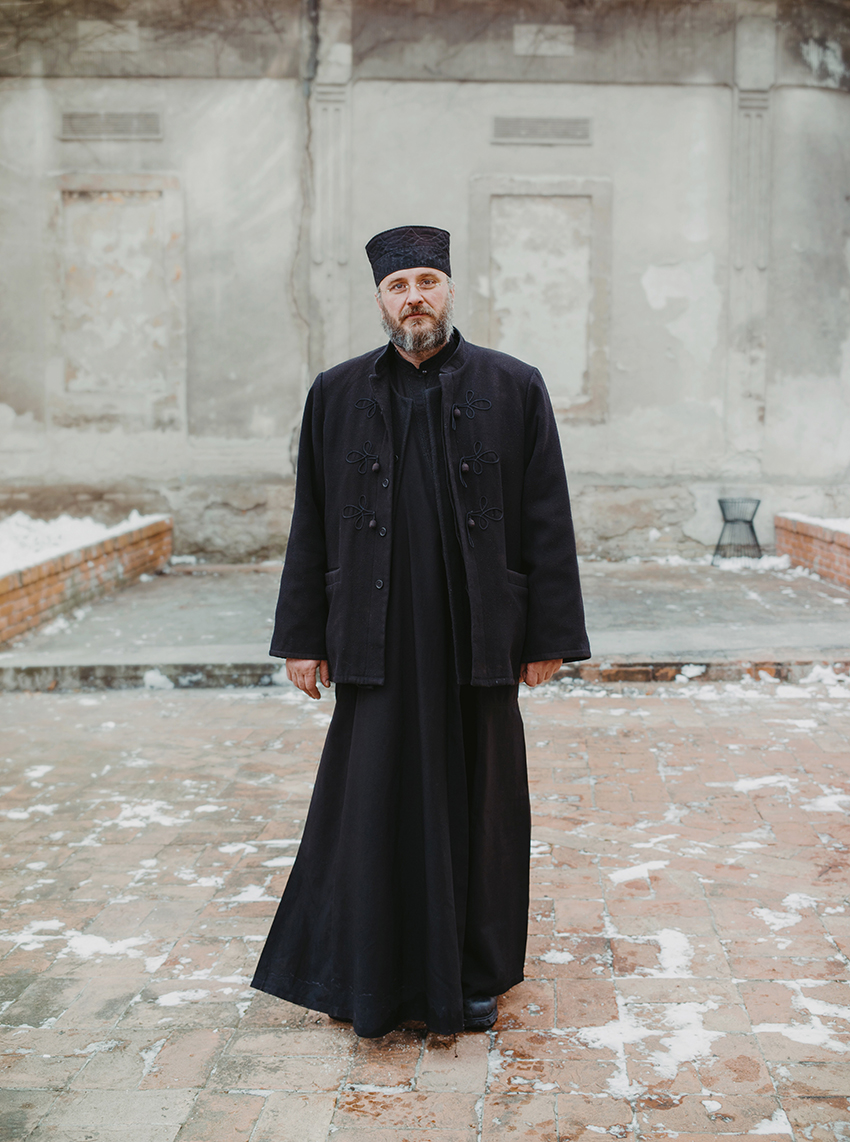 It’s on this day that people from the Orthodox Church come together to commemorate Jesus’ baptism in the Jordan River by dipping, or swimming, in icy water across Russia and Eastern Europe. And I was to witness what the alarmingly icy water in Belgrade had to offer.

When I turn up to photograph the swims along the frozen Danube, the Serbians I meet greet me warmly, and can’t do enough to accommodate me on the day. I’m not entirely sure how it happened, but at some point later four blokes dressed as knights would give me a lift in their car.

I start the day by arriving at the Orthodox Church in Zemun, about 30 minutes west of Central Belgrade, where my local fixer tells me everything gets started. Inside everyone is singing, and when the ceremony comes to an end a procession makes its way to the river. 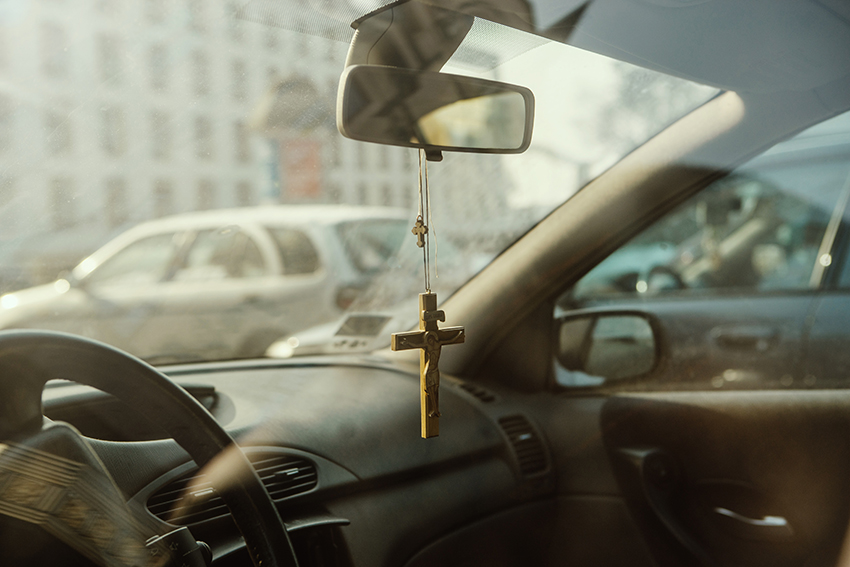 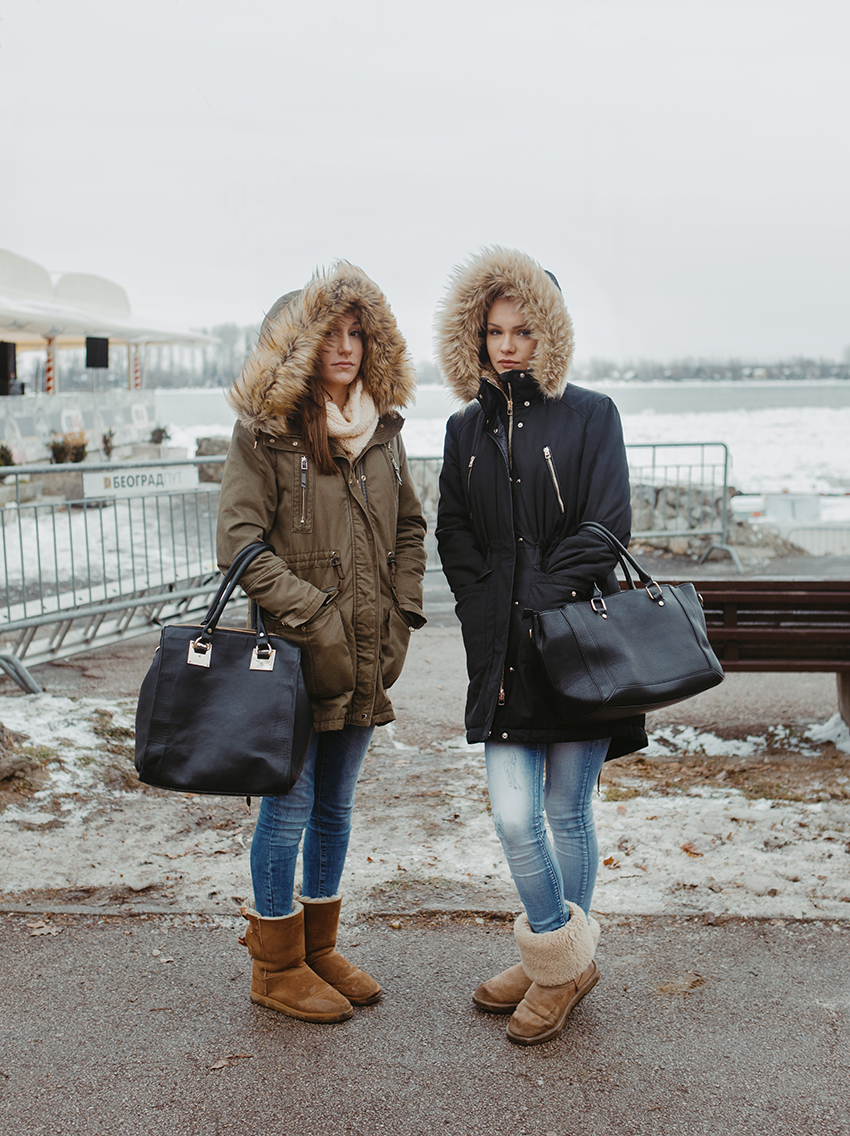 I stick with crowd and soon we arrive on the bank, where people are already gathered to catch the action. I’m snuck into an impromptu press area, despite not having any formal accreditation.

Out of the corner of my eye I clock a handful of blokes stripping down to their speedos, and in no time at all they’re in the water. Traditionally swimmers time 33 meters, given that Jesus was alive for that very number of years. 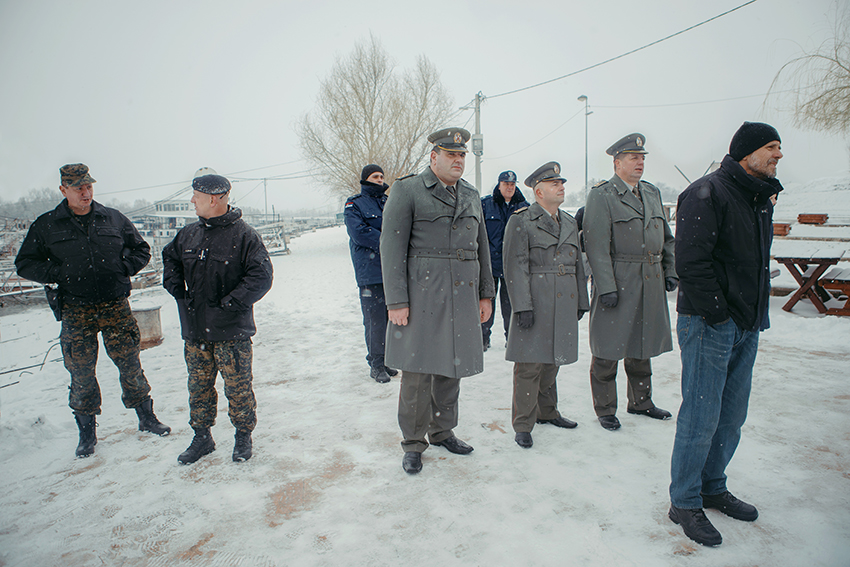 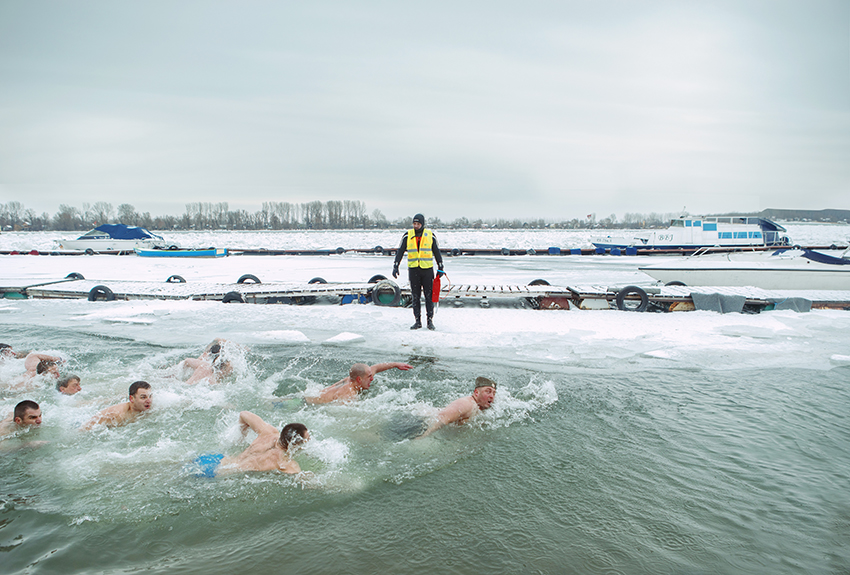 Despite the best efforts of the organisers, as soon as flesh hits water the crowd heaves forward, everyone desperate to catch a glimpse of those braving the freezing cold.

Once the swim was over, the crowd congregates by a small bandstand, while another ceremony gets under way led by Orthodox priests. On the river banks the shivering swimmers are hurriedly throwing on layers, the celebrations now over for another year. 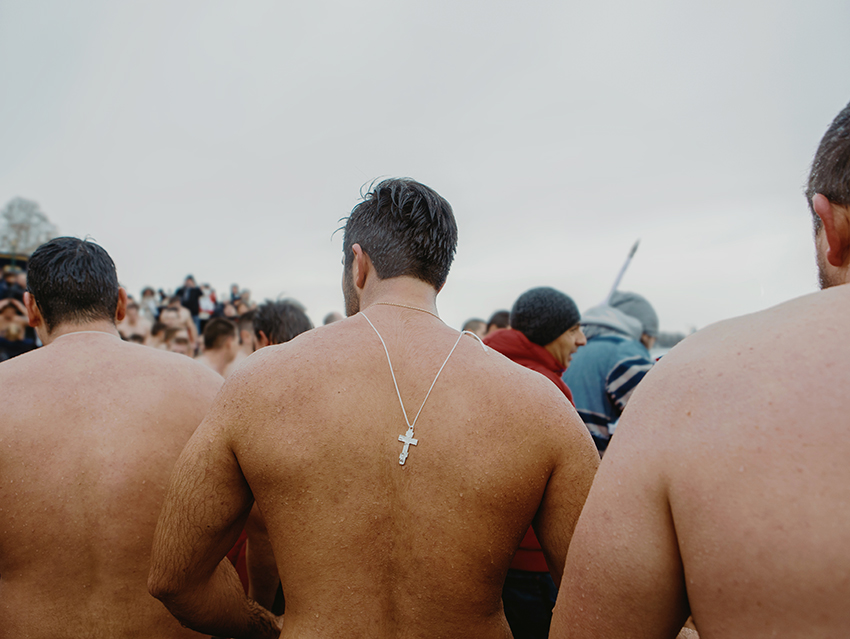 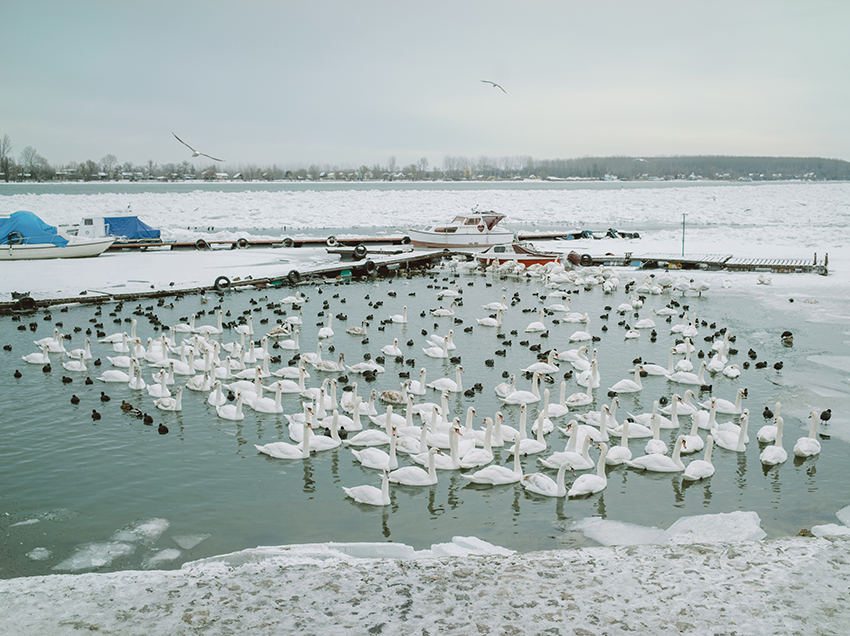 I’m an atheist, but I find something inherently moving about devout religious belief, or frankly anything that people use to help them understand and make sense of the world that we live in. As far as I see it, the extreme act of ice-cold river swimming is simply a physical manifestation of this belief, and as I look around I feel both moved and joyous.

This is, however, just one of the many ways in which people demonstrate their devotion in religious ceremonies across the globe. I hope, in the coming years, to witness and photograph many more.

Linkedin
RELATED ARTICLES
OTHER ARTICLES
By turning a real-life crisis into daytime television fodder, TV bosses have once again shown themselves to be completely out of touch with audiences.
Ahead of the release of their first collaborative album, the producer and rapper talk psychedelics and the state of UK hip hop.
As the Scottish government announces a rent freeze, an activist with Living Rent who fought and won shares how they did it, and what must come next.
A 37-year-old woman shares how her abortion led her to become a clinic worker, and the abuse she’s received in that role.
Rhiannon Adam spent three months capturing an ageing society wracked by division, isolation, and the aftermath of scandal.
Financial turmoil is pushing people who work in the sex industry into more dangerous and desperate situations as a means of survival.