Art & Culture / Photography / The Travel Diary: Where the sun never sets at the edge of the world 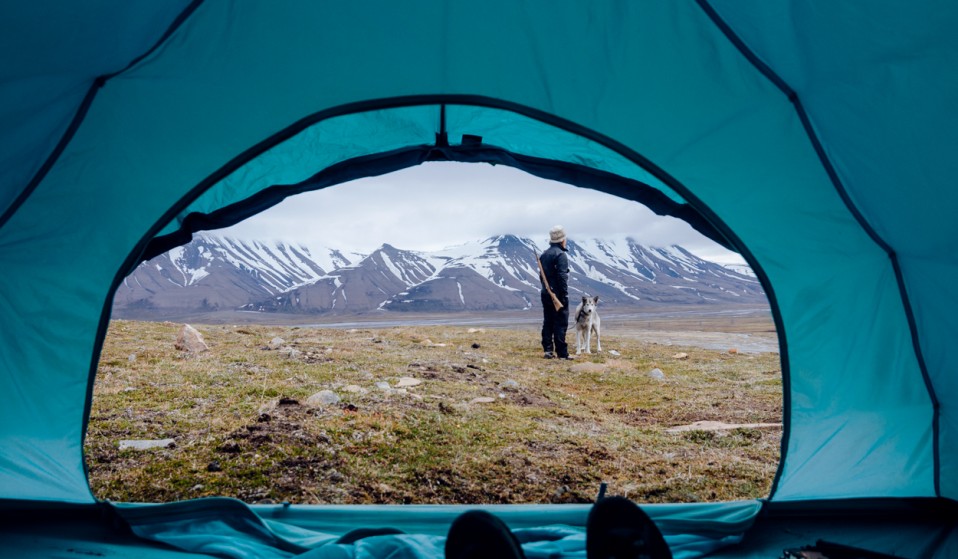 Located halfway between Norway and the North Pole, the desolate archipelago of Svalbard is the northernmost settlement in the world with a permanent civilian population. Photographer Dia Takacsova made the journey to capture its desolate beauty.

Our plane is descending, leaving behind the heavy clouds. The first thing we see are dramatic, rugged mountains. “It’s already worth all the travelling”, we are saying to each other, eyes locked in awe. It’s June, and we’re landing 78 degrees north, far beyond the Arctic circle. 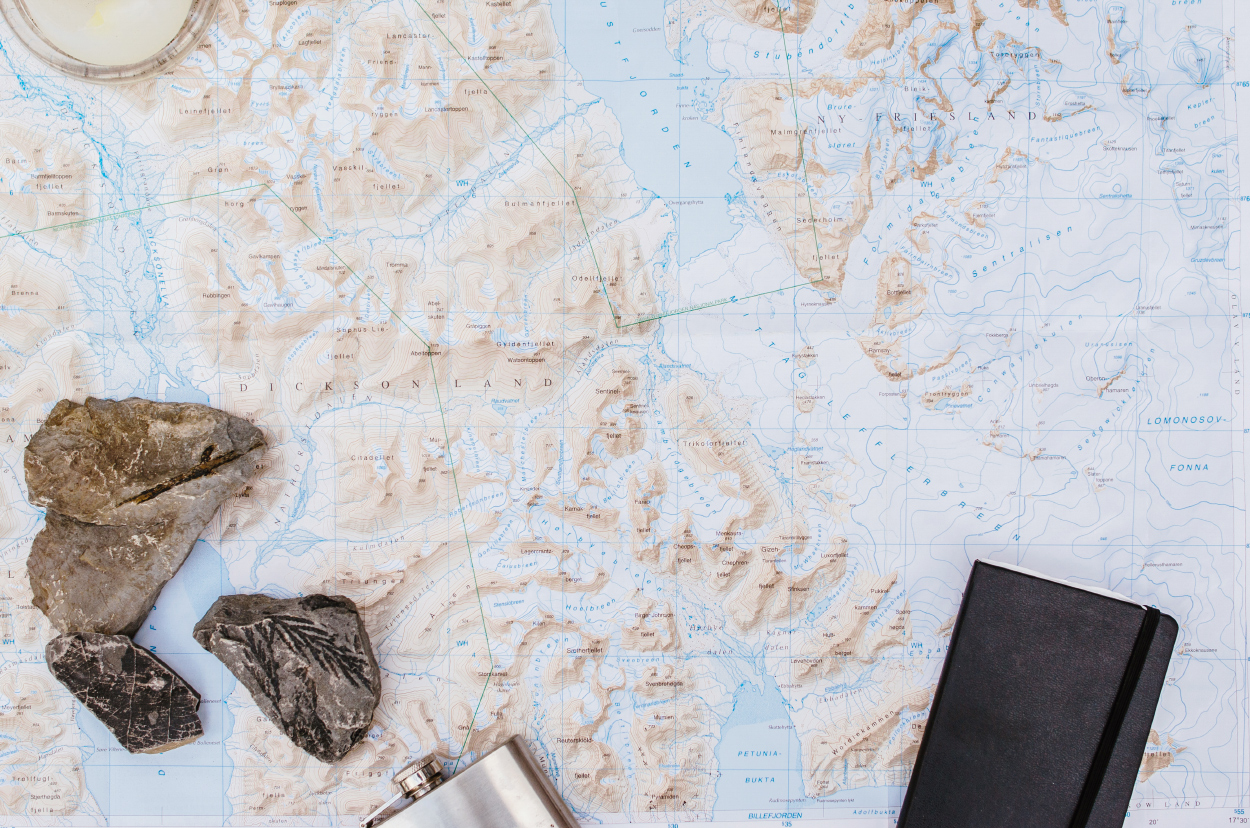 Our destination is Svalbard. This remote archipelago located halfway between mainland Norway and the North Pole is the world’s northernmost permanently inhabited area. There are no trees, but there is coal. There are several months of daylight and several months of night. There are only 46 kilometers of roads. There are three settlements with about 2,500 inhabitants – and the only way to travel between them is by snowmobile in the winter and by boat in the summer. And there are polar bears, too.

Travelling to the Arctic is an interesting feeling. You’re trying to be prepared as much as possible but on the other hand you feel that you cannot be ready enough: everything is just so different here. We are arriving into the arctic summer, when the sun doesn’t set at all. One day we’re collecting fossils under the glaciers when someone asks what’s the time. We look at our watch, it’s 10pm, we’ve no idea how that happened. 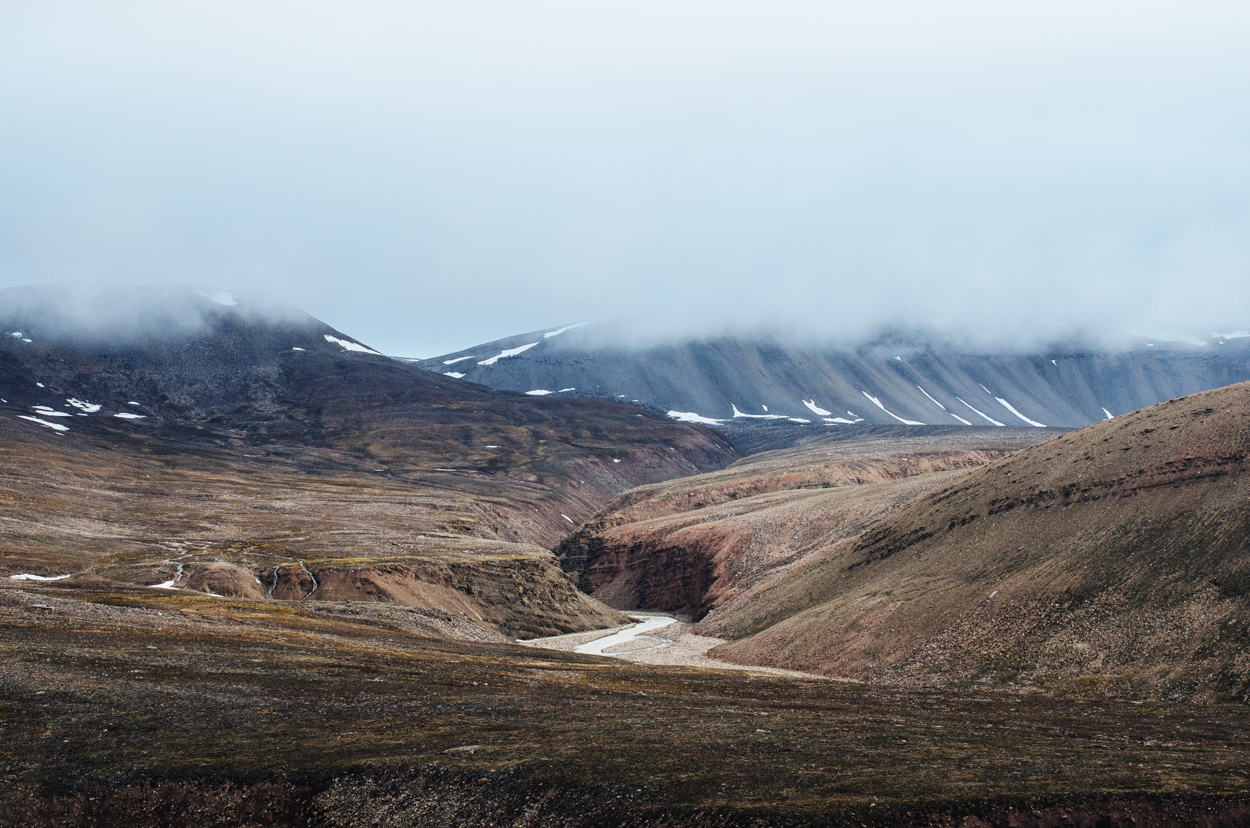 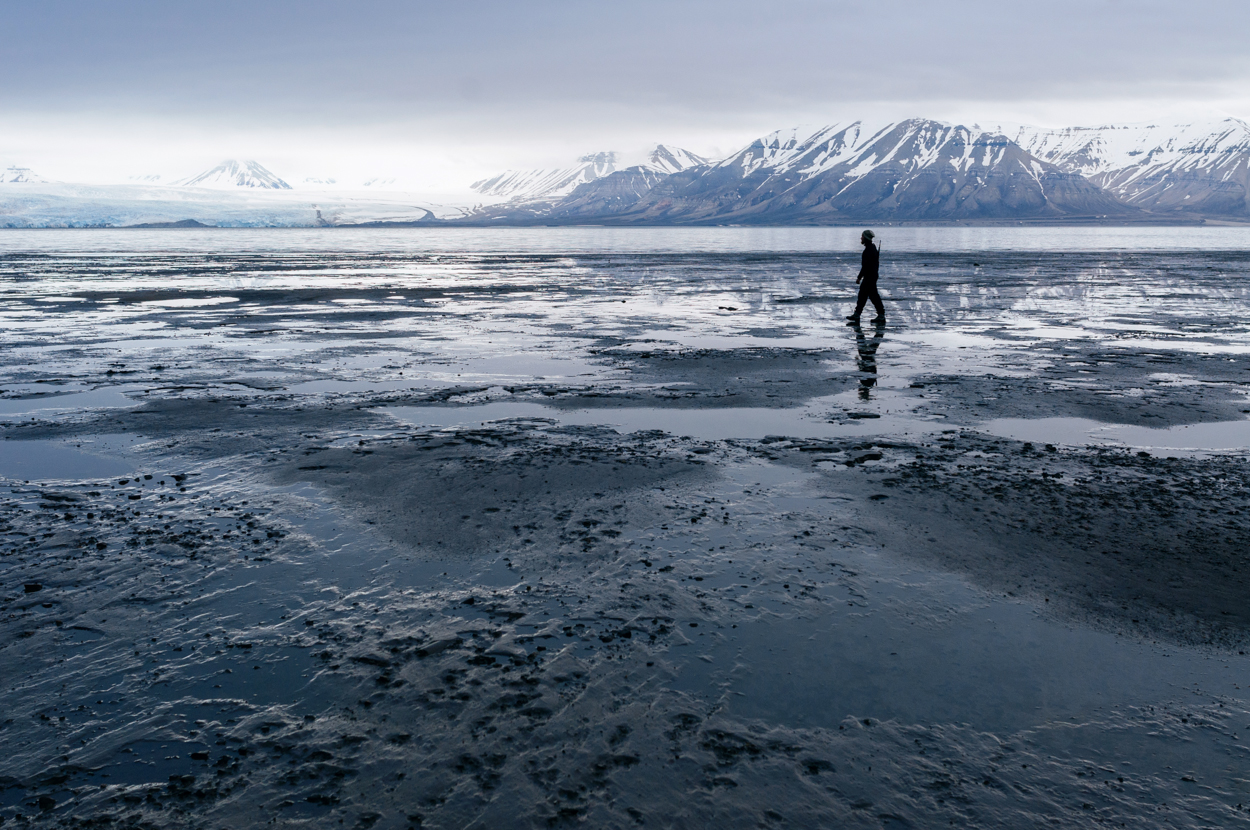 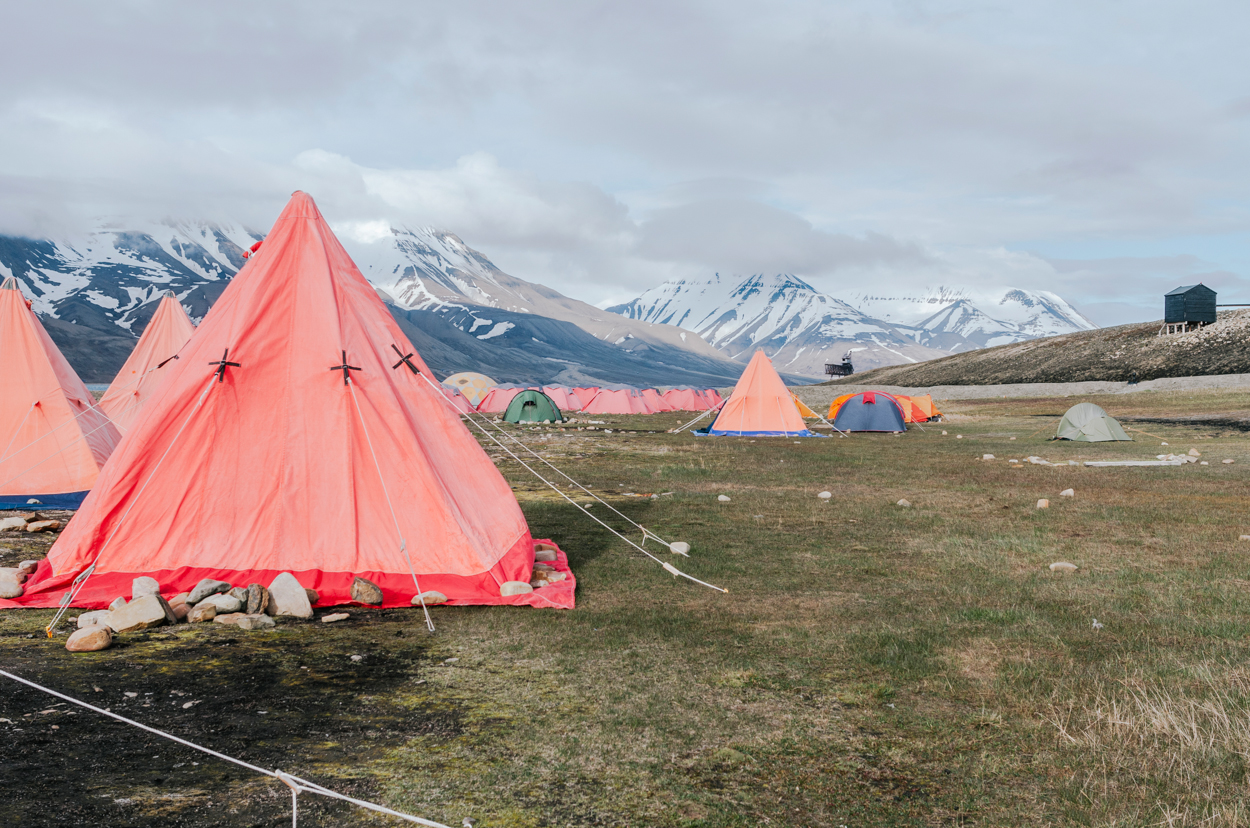 A tent is our home and a rifle and signal gun our essentials. We spend two weeks discovering a small part of the island mostly by foot and see all of its forms: majestic mountains, rocky waterfalls, the modest vegetation, snow. You are only a visitor on Svalbard – equal to everything living here.

It’s Friday evening when we are entering the first boat to visit the Wahlenbergbreen glacier. Being picked up by a bus seems to be an amazing luxury after a week of living in a tent, walking or biking everywhere. We are lucky enough to join the first trip of the season to this glacier. It takes about three hours to find ourselves in front of one of the most impressive natural wonders I’ve ever seen, surrounded by arctic silence, cold wind, masses of ice and a seal resting calmly nearby. 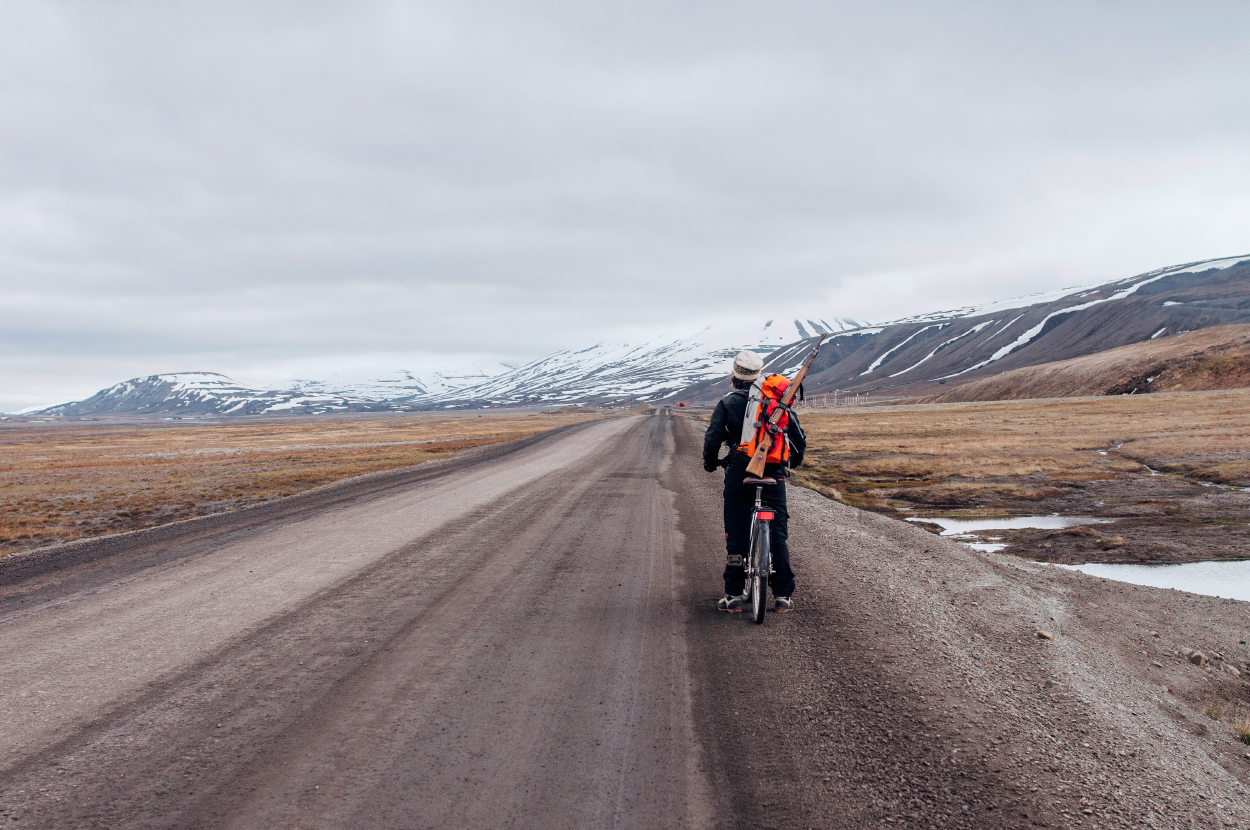 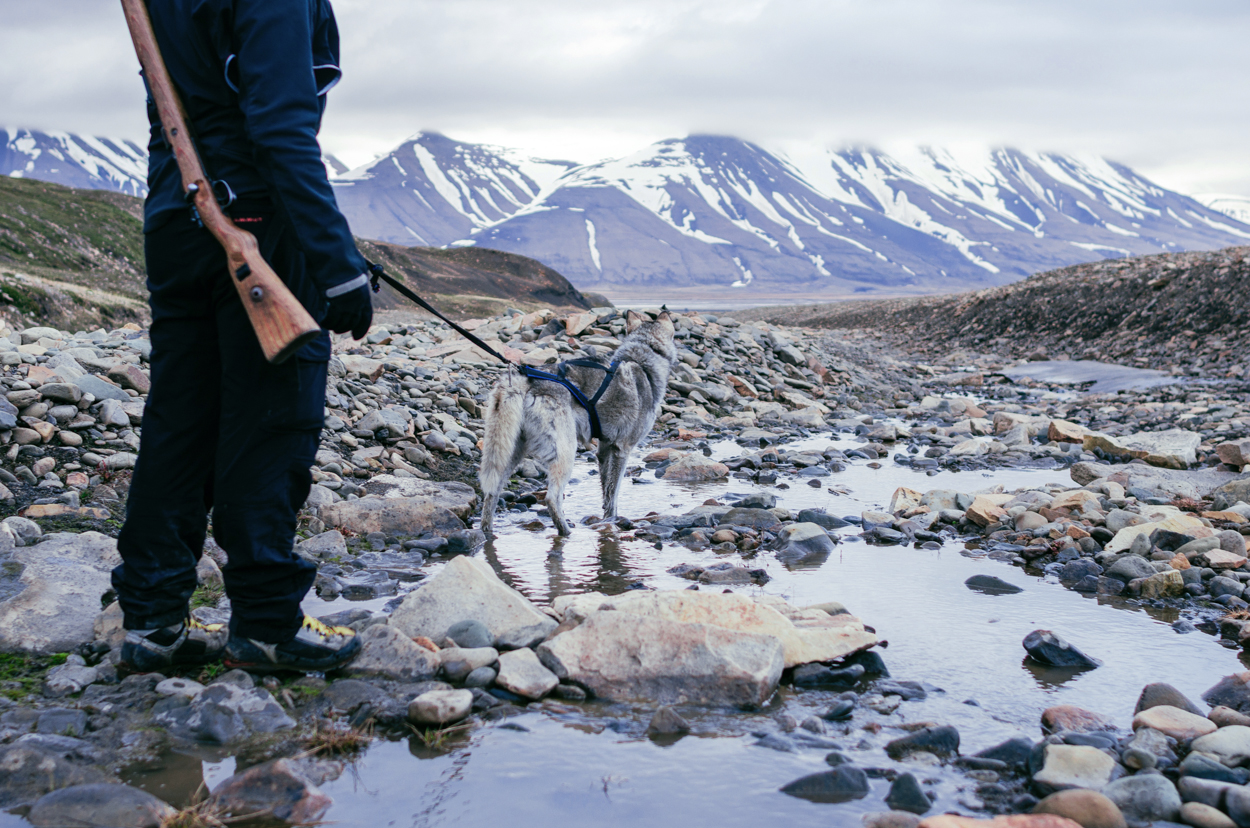 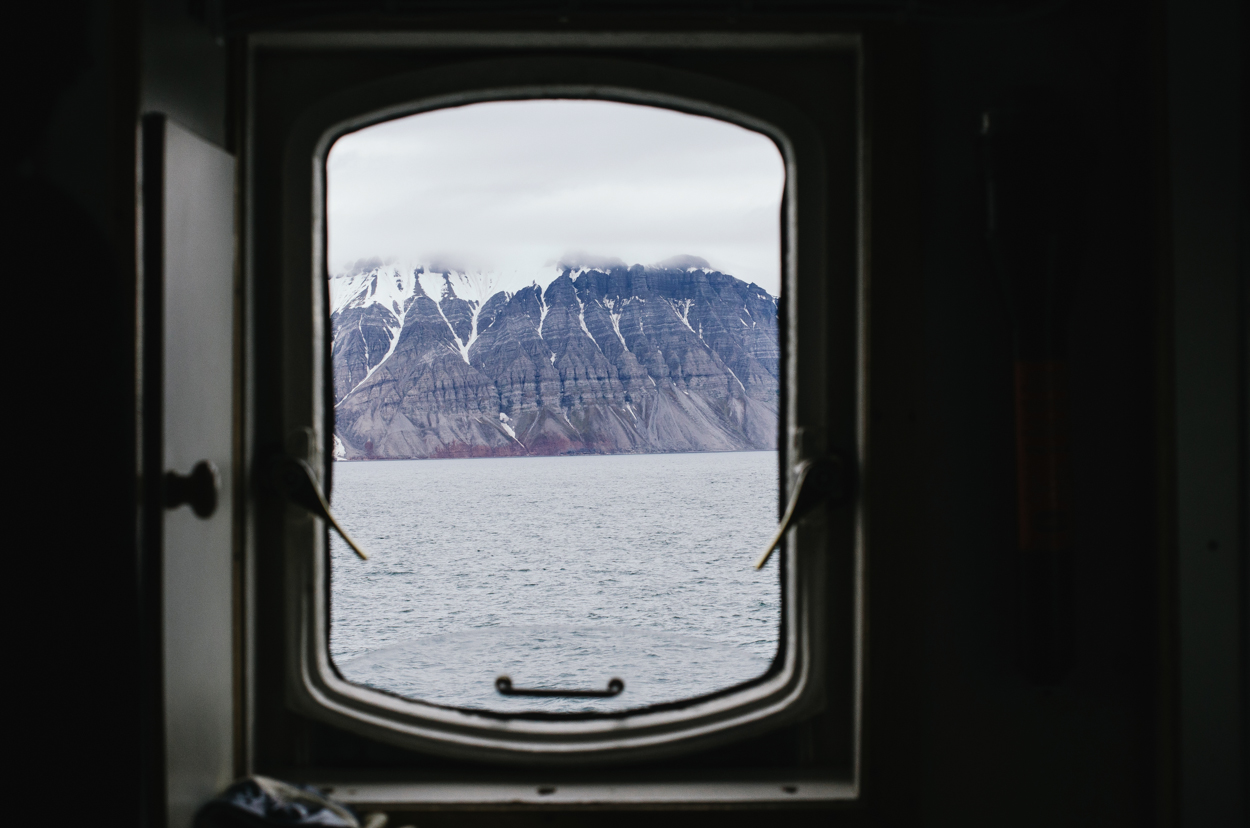 Another boat takes us to the Russian ghost town of Pyramiden, a former mining town with its own swimming pool, cinema and soil imported specially to make it possible to grow grass on the main square. The town was left empty in 1998, and is now inhabited by just seven people – all of them staff members who run the local hotel. Most visitors stop for a short sightseeing tour, but we decided to stay three days in order to discover the surroundings and to find places to be truly alone in the Arctic wilderness. 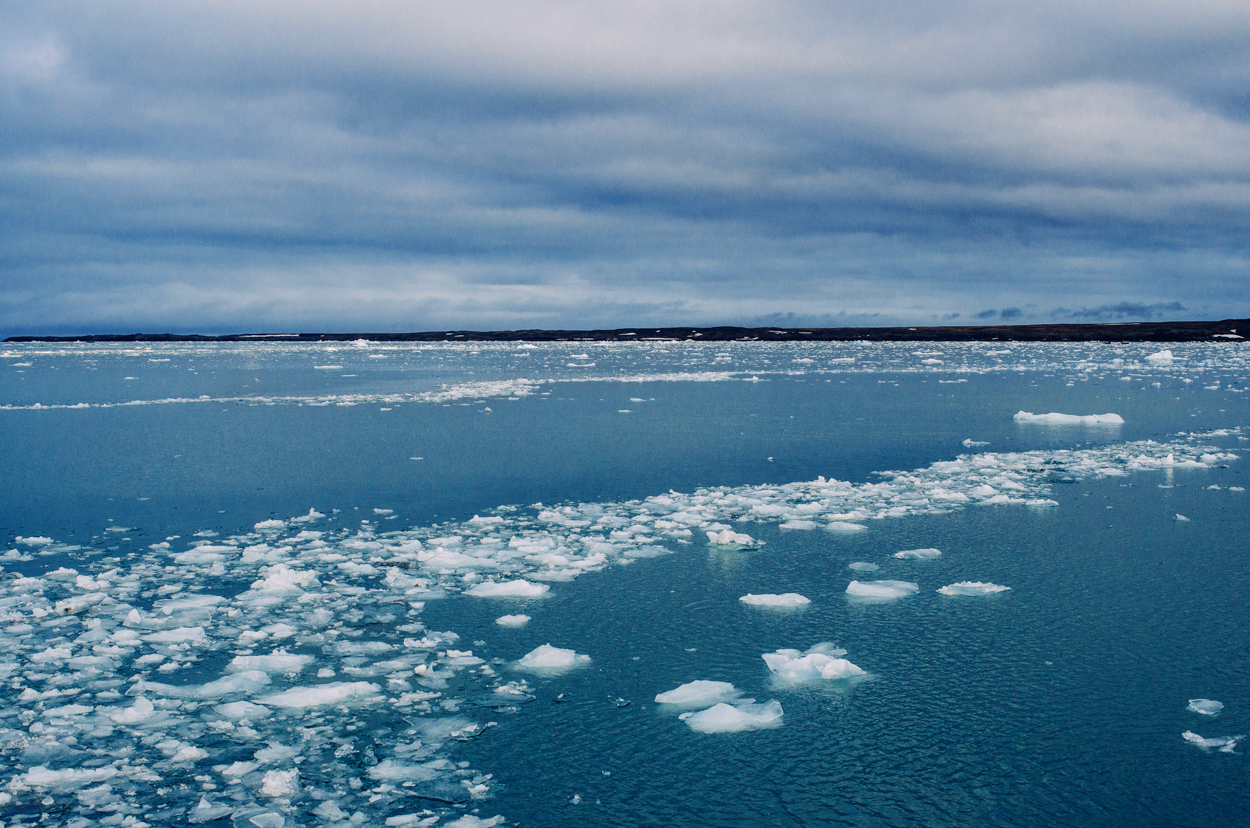 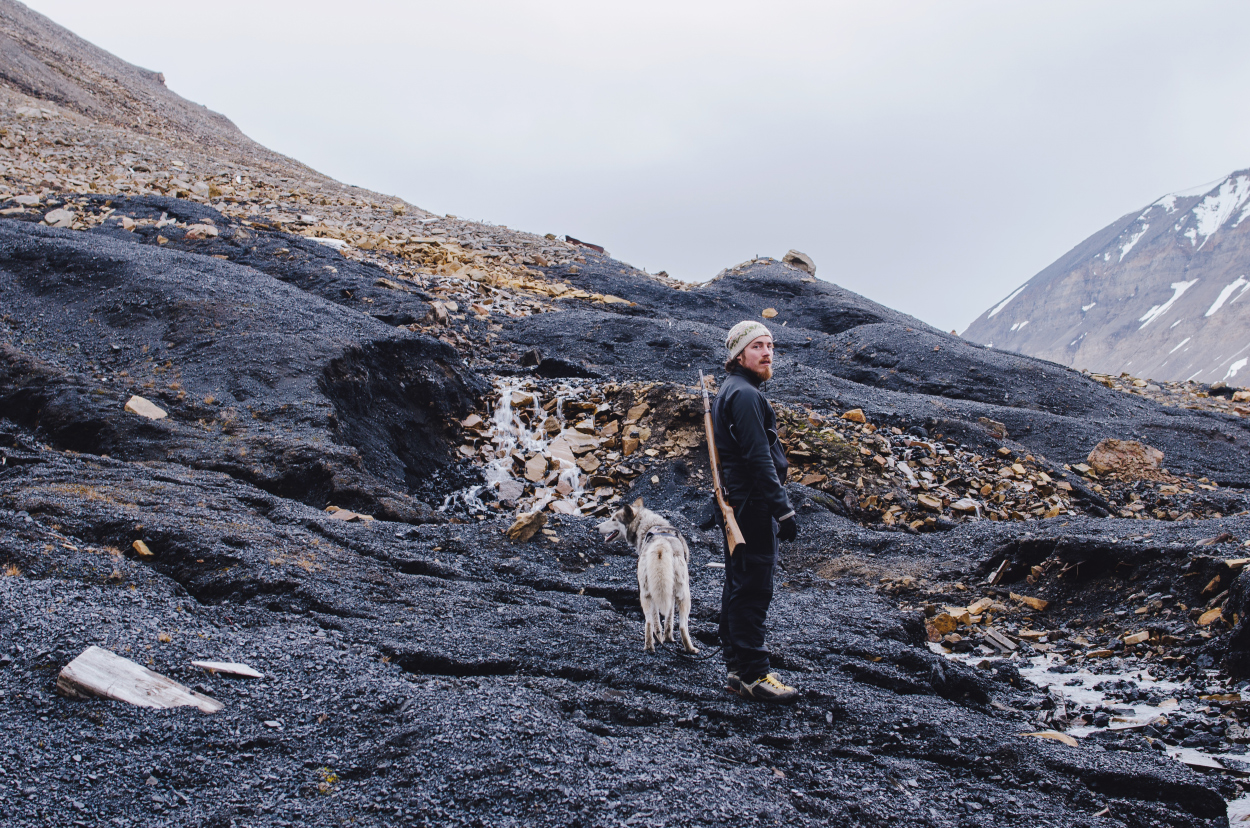 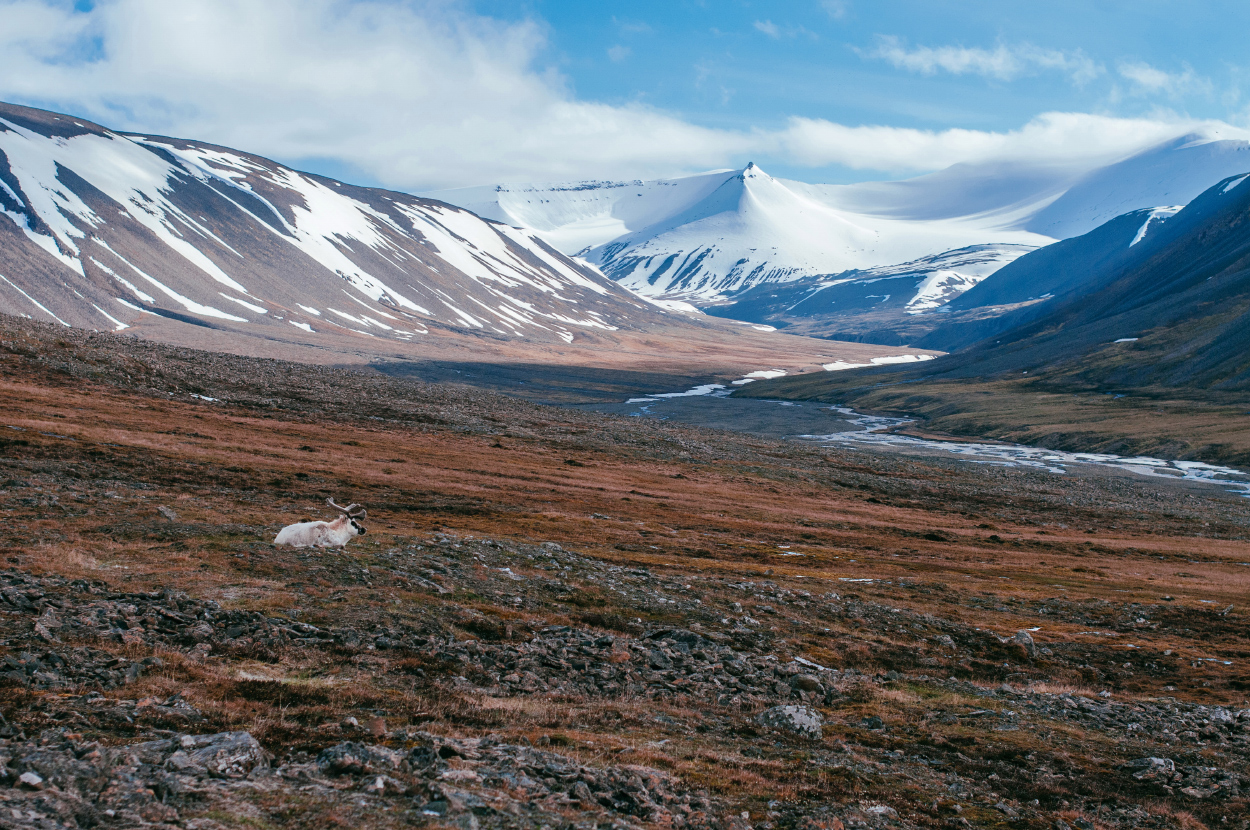 We leave the town behind after the guide’s recommendation of a cabin where we could stay legally, a place set in a postcard-like scenery with hazy mountains and canyons all around. We finally find it, and quickly find ourselves sucked into the desolate beauty. Some time later we look at the map, and it dawns on me that this cabin is one of the last outposts before the sparse emptiness. Knowing it’s just the wilderness ahead of you is an amazing feeling. And then, just after another cloudy day, the sun starts to shine. It’s about midnight. 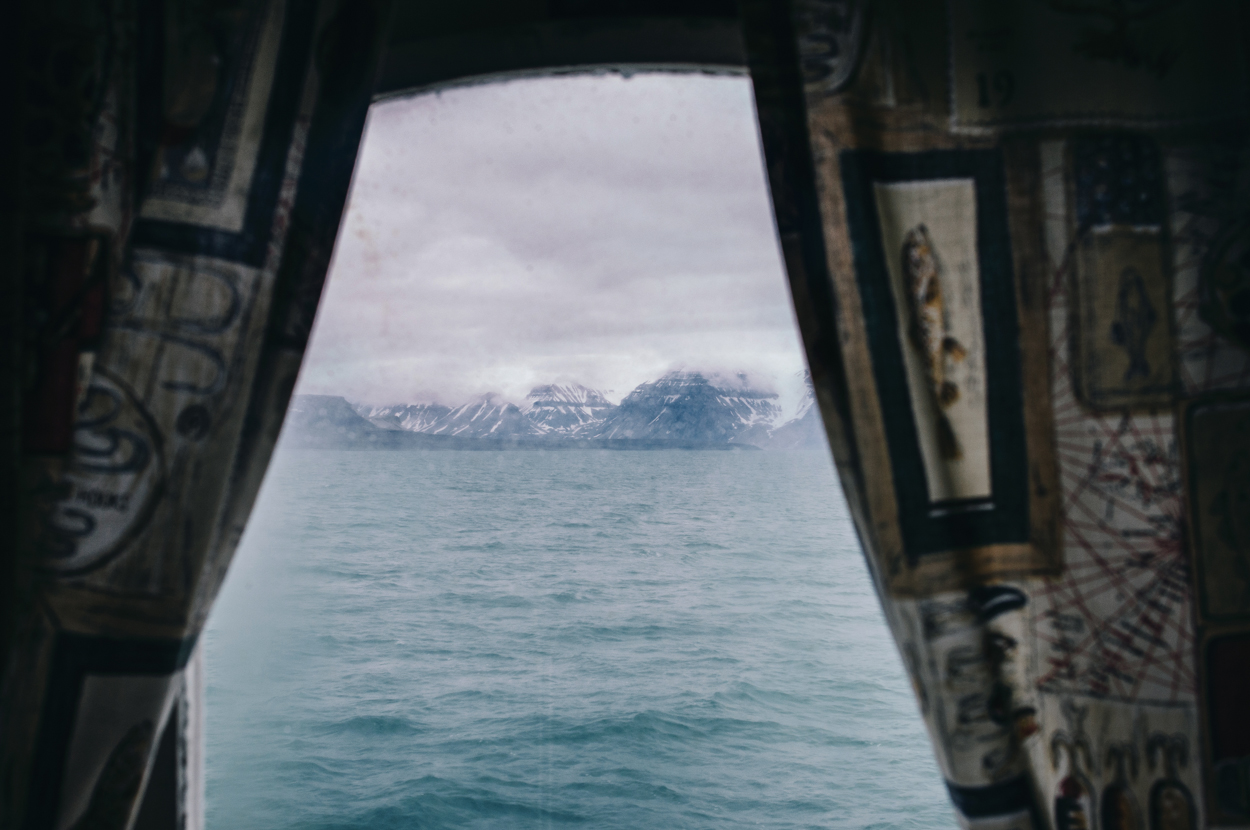 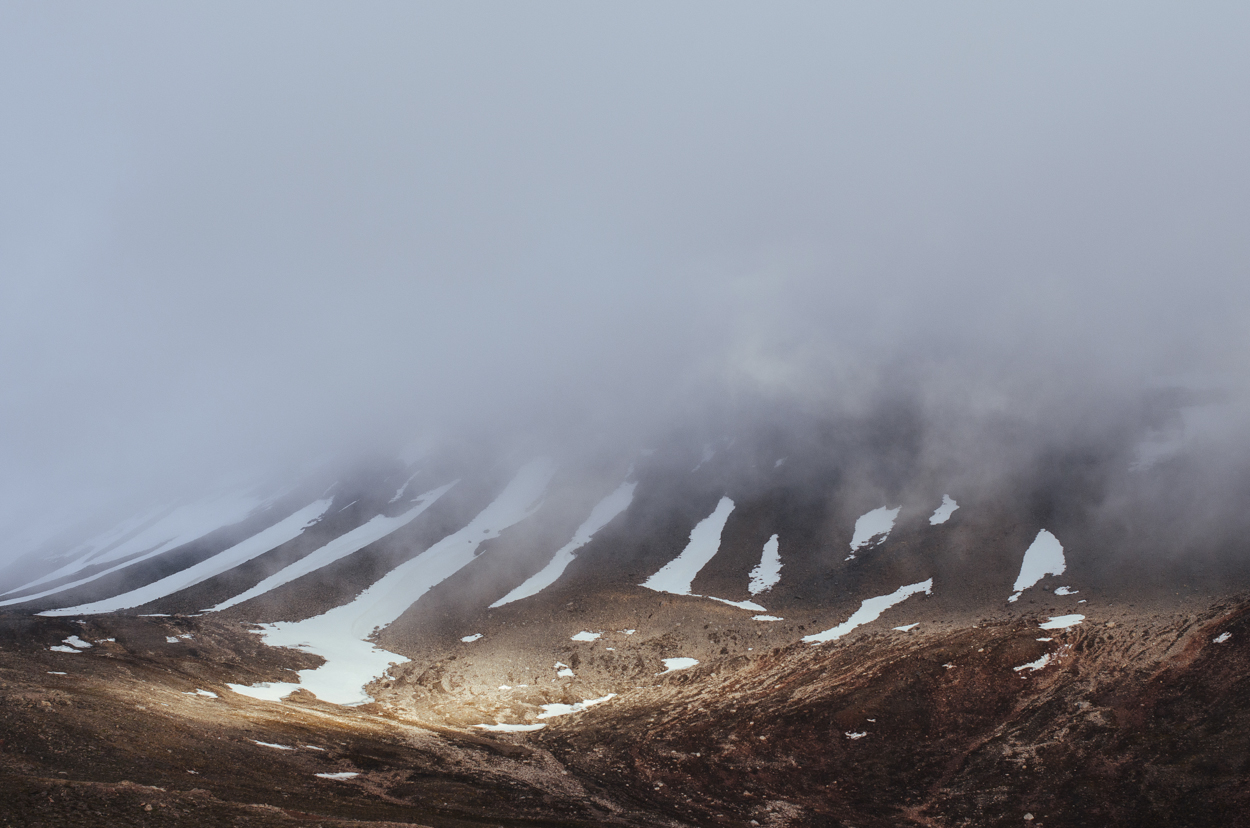 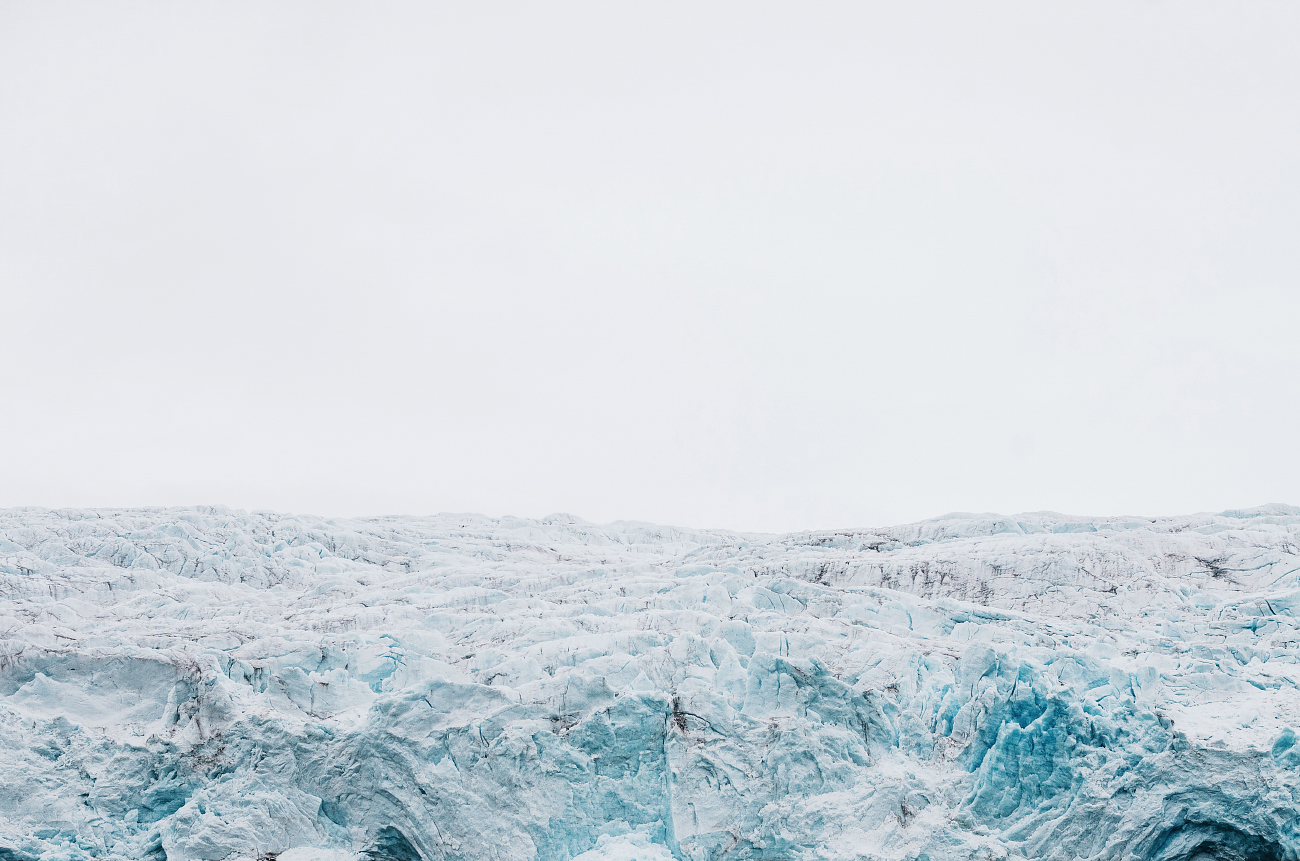 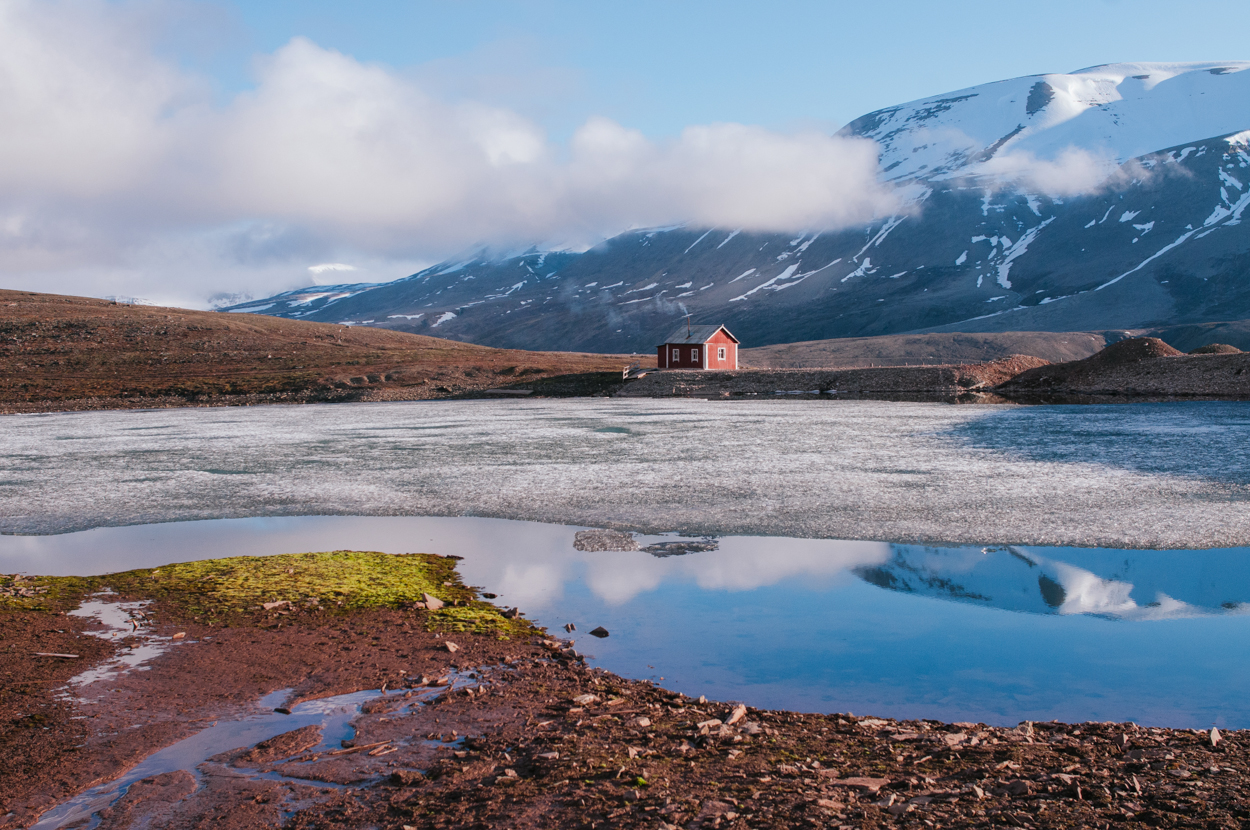 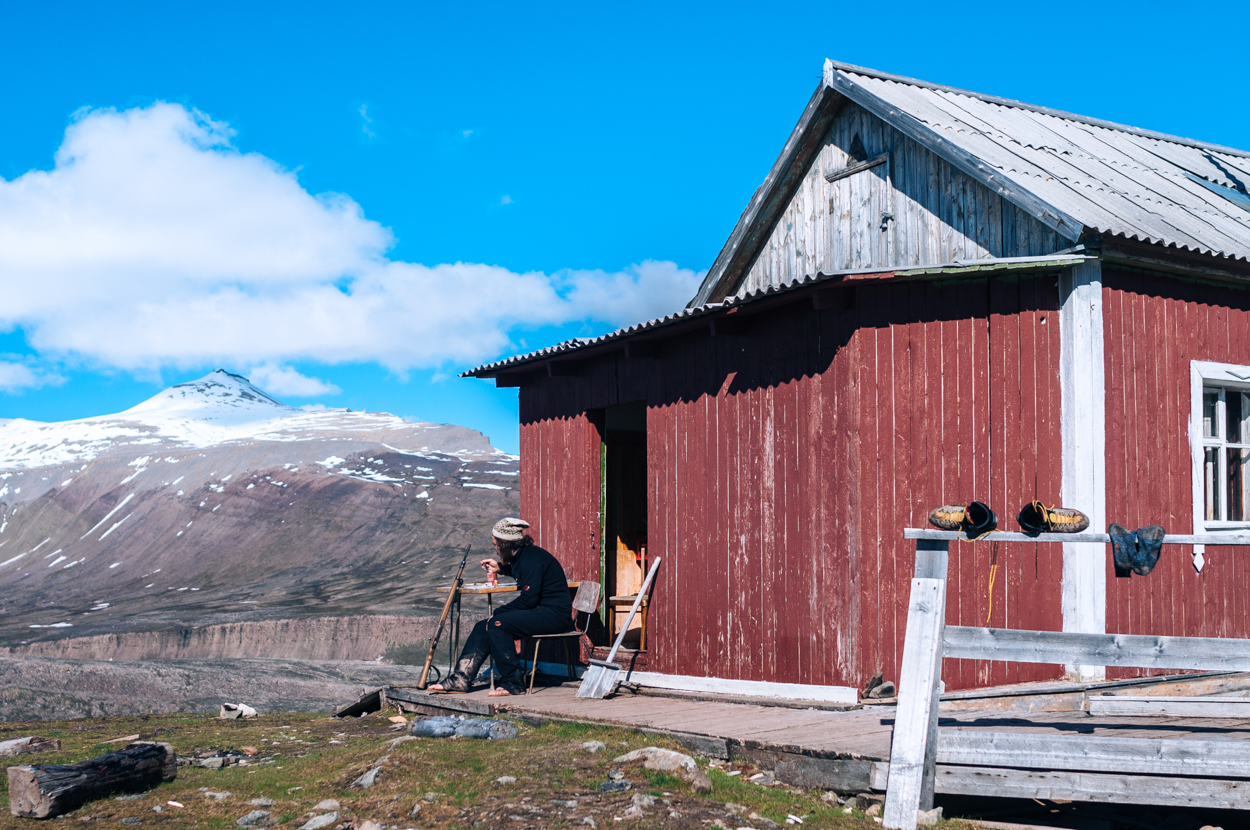 Dia Takacsova is a Slovakian based photographer and visual storyteller. Check out more of Dia’s work here.

Linkedin
RELATED ARTICLES
OTHER ARTICLES
Ahead of the release of their first collaborative album, the producer and rapper talk psychedelics and the state of UK hip hop.
The workforce is now gearing up for industrial action after receiving a measly pay rise, reports Ella Glover.
With skyrocketing rents, packed out viewings, bidding wars and more, renting in London has never been harder.
By turning a real-life crisis into daytime television fodder, TV bosses have once again shown themselves to be completely out of touch with audiences.
Thousands attended the annual event this year to wheelie through the city and call for ‘knives down, bikes up’.
For over a decade, gamblers have won big by employing people to place live bets from the court. But does this dubious method still work?