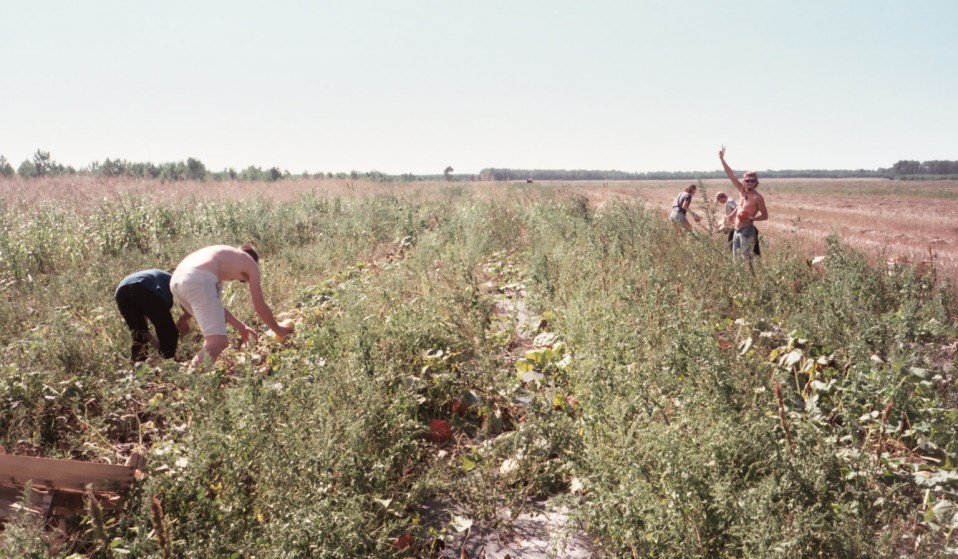 Hidden in the forest along beaches of the South of France lies an organic slice of paradise.

Hidden in the forest along beaches of the South of France lies an organic slice of paradise.

Just a few years ago, two cousins – Beni and Nico – decided to follow their dream of opening up an organic farm in the South of France. They named the place Benico Bio, near the coastal town of Mimizan, and got to work on their adventure straight away.

The village itself is a typical French surf spot, pulling in hoards of tourists during the hot summer months. 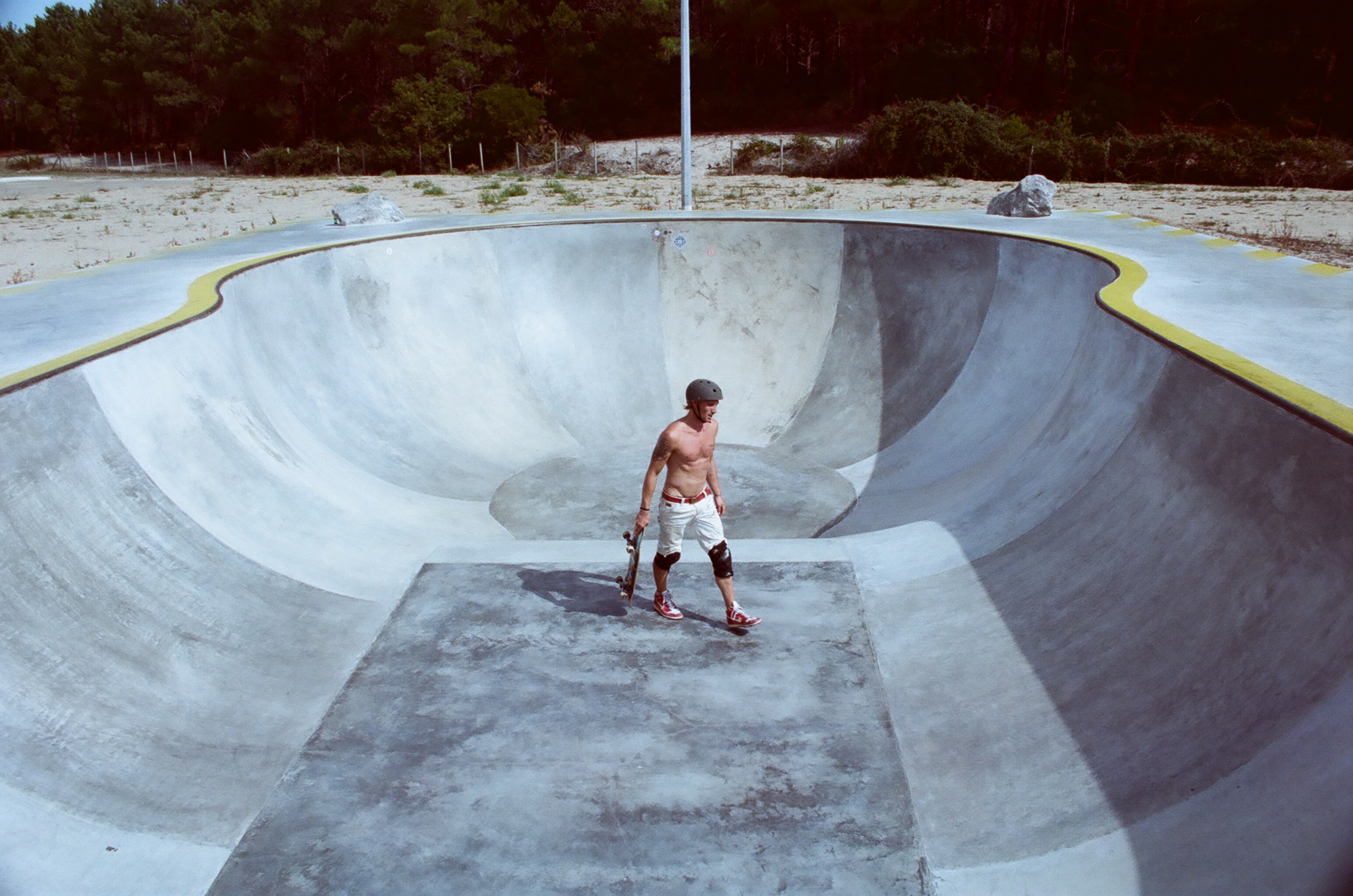 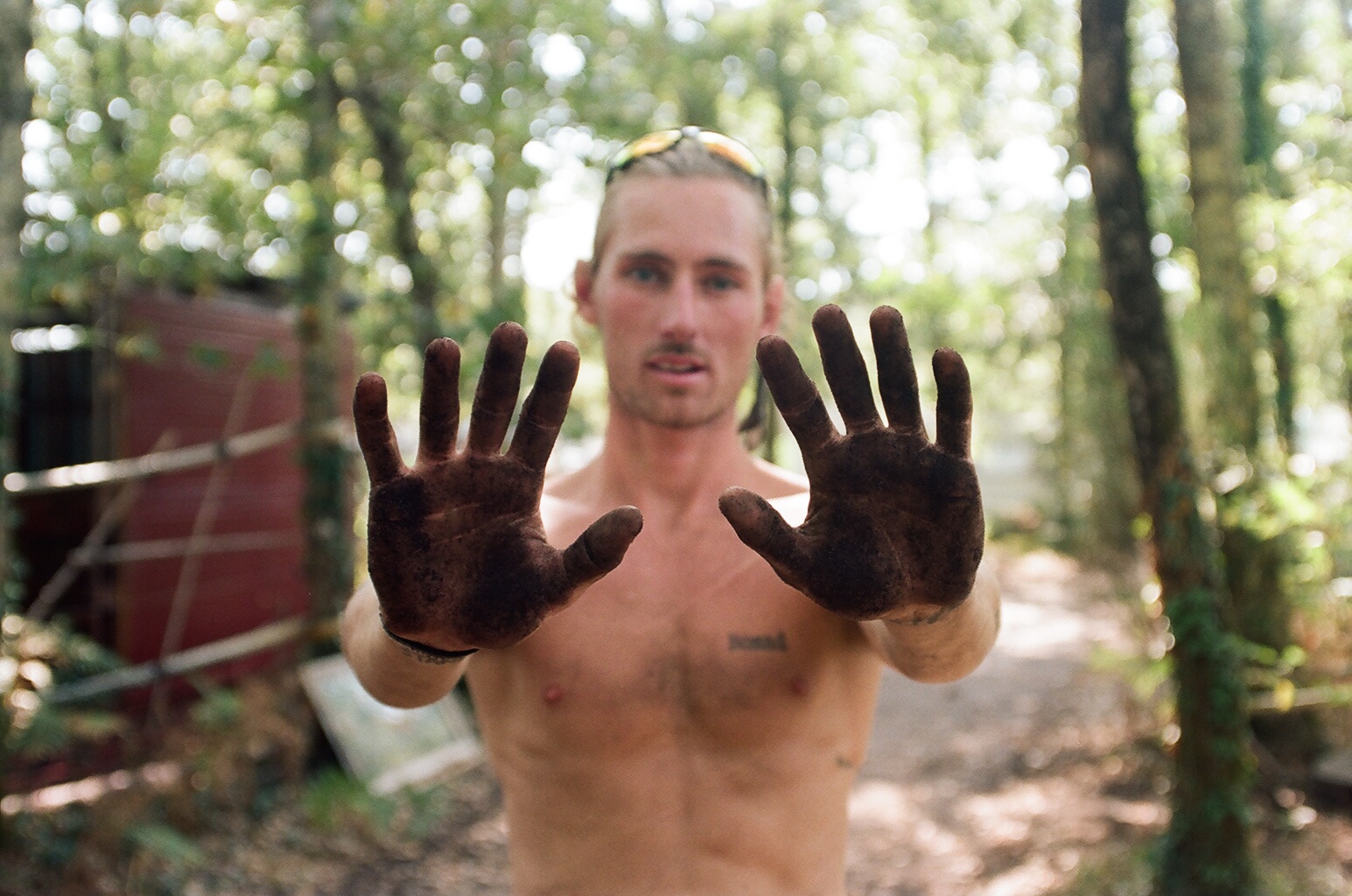 But drive just a few miles from here along the coast away from the beaches brimming with sun-worshippers and you’ll find yourself lost in endless forests of pine. Surrounded by the tall trees, it was here that the two cousins found themselves a stretch of land on which to seed, plant, harvest and sell their produce. They’ve been working the land every day since.

Beni and Nico are WWOOF hosts (World Wide Opportunities on Organic Farms), which means they receive people from all over the world who want to live and work on their land for a couple of days in exchange for food and accommodation.

It’s probably the cheapest way of travelling, a way of getting to know the local people and an off-the-grid lifestyle wherever on this planet you are. 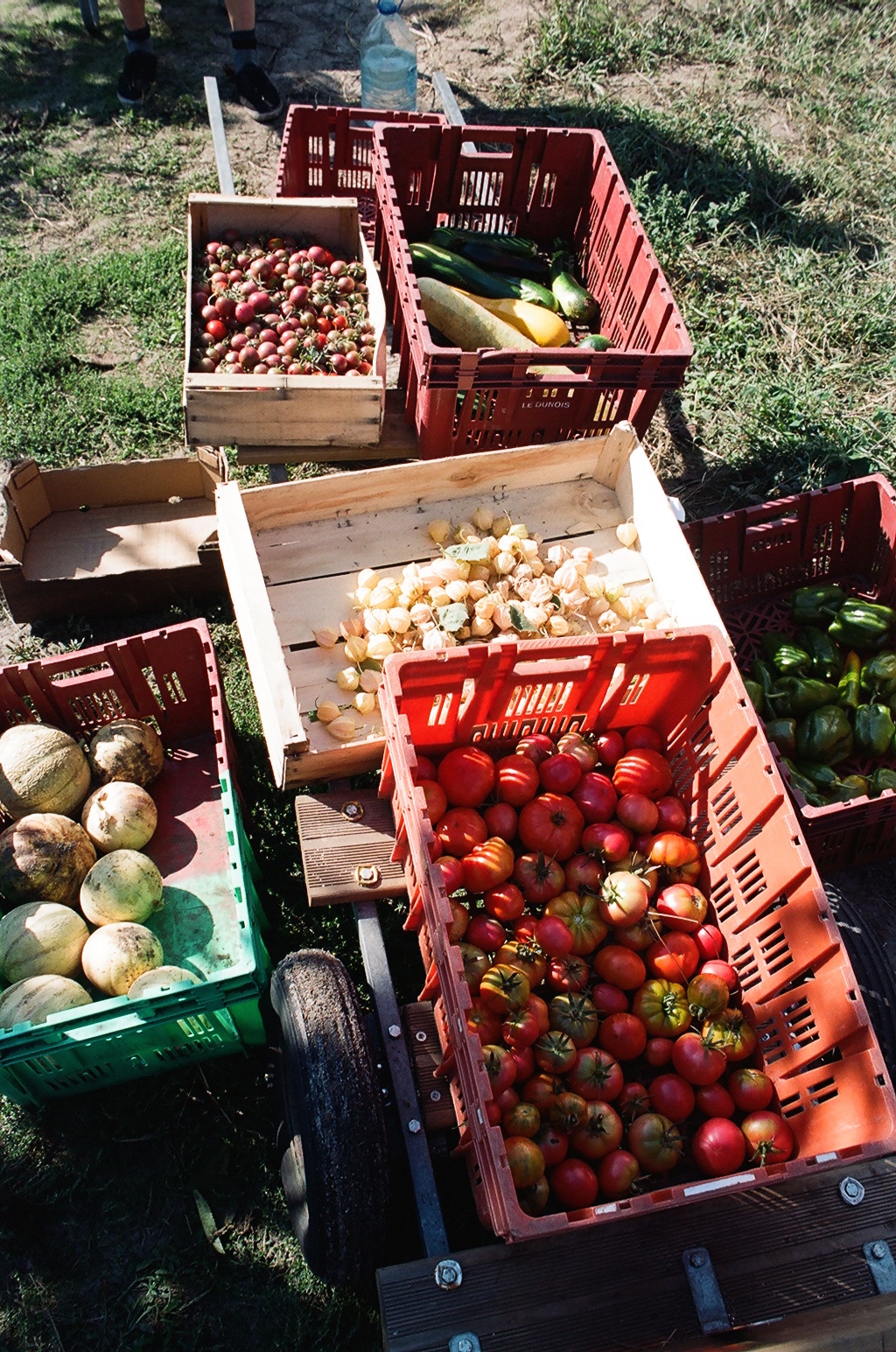 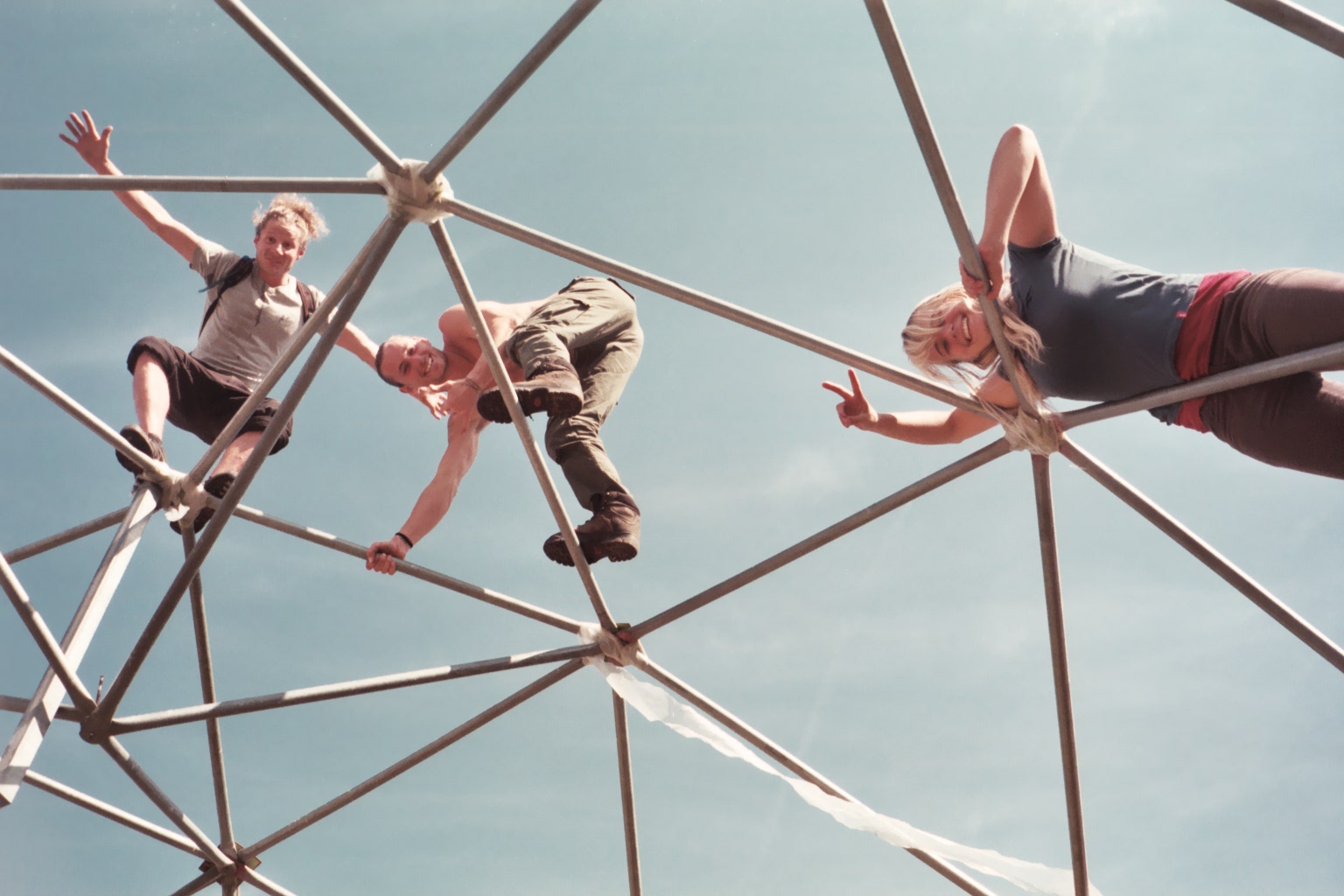 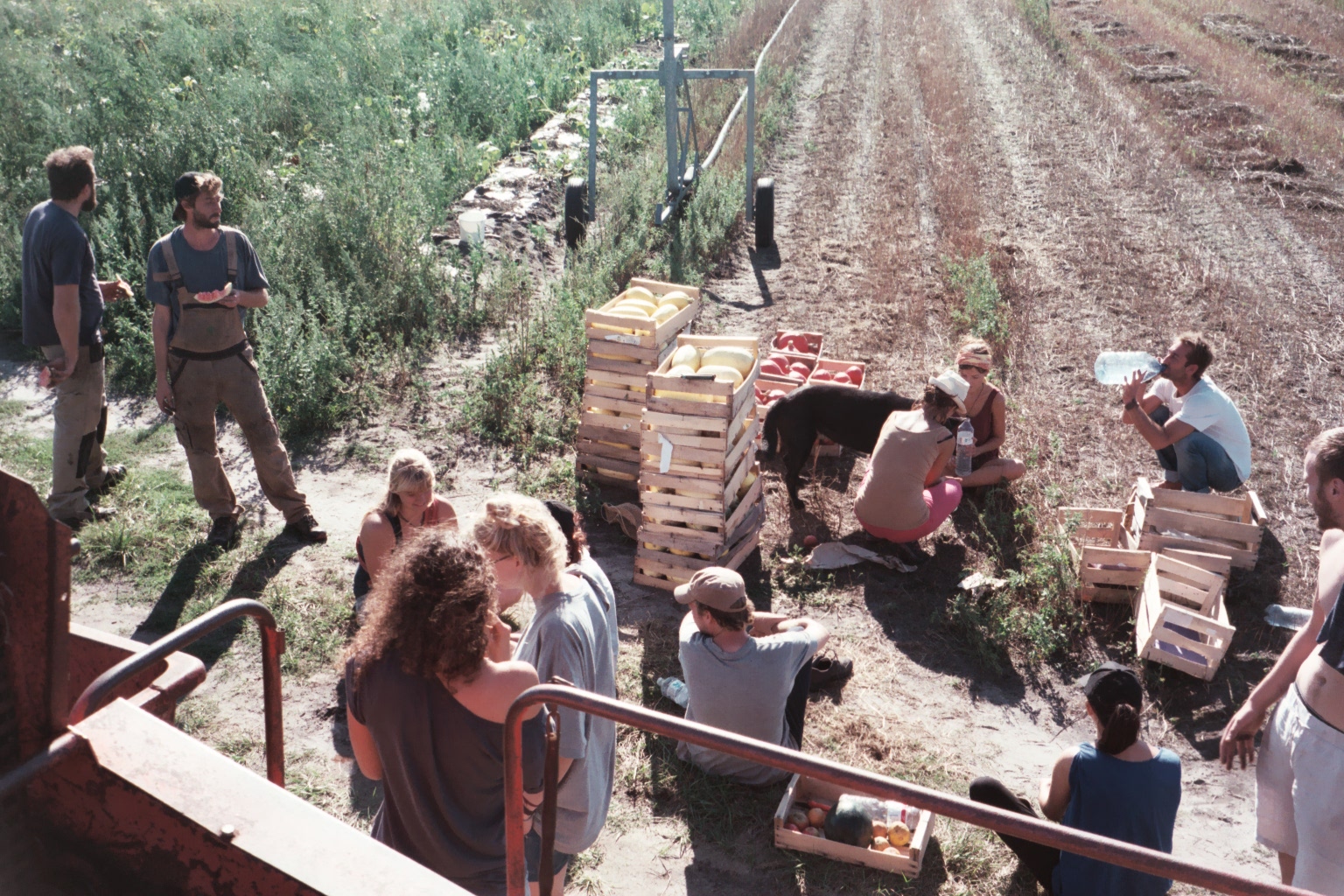 I don’t remember when I first heard about WWOOFing but I’d been wanting to try it for a while, and this was the closest farm to a beach that I could find.

A few e-mails later and I knocked on their door with my surfboard, camera and sleeping bag in hand. The ten or so other visitors on site happily greeted me.

The farm itself is over 1000 square metres, on which over 30 varieties of fruit and vegetable are grown and cultivated by hand.

Since the hosts also need to make a living, there’s a little shop on site for locals to swing by, and you’ll find them at most markets in the area. Behind the fields the living area is surrounded by trees, a dozen caravans, a huge kitchen, fire pit and an outdoor bathroom sit calmly. There’s even a huge closet where you can leave clothing you don’t need and borrow stuff you do. All this is shared with two horses, some chickens, a dog, a cat, and a grumpy pig called Rustine. 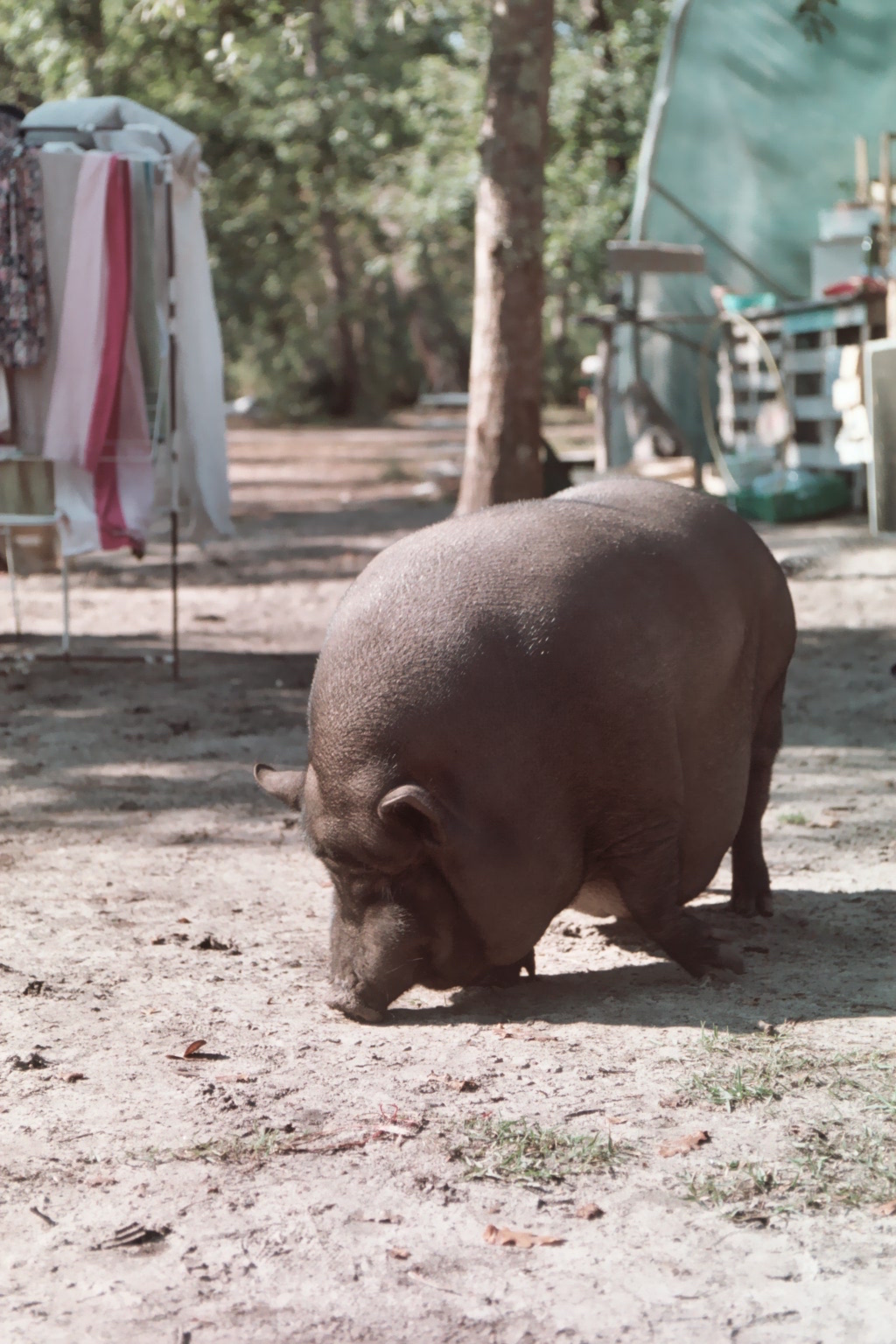 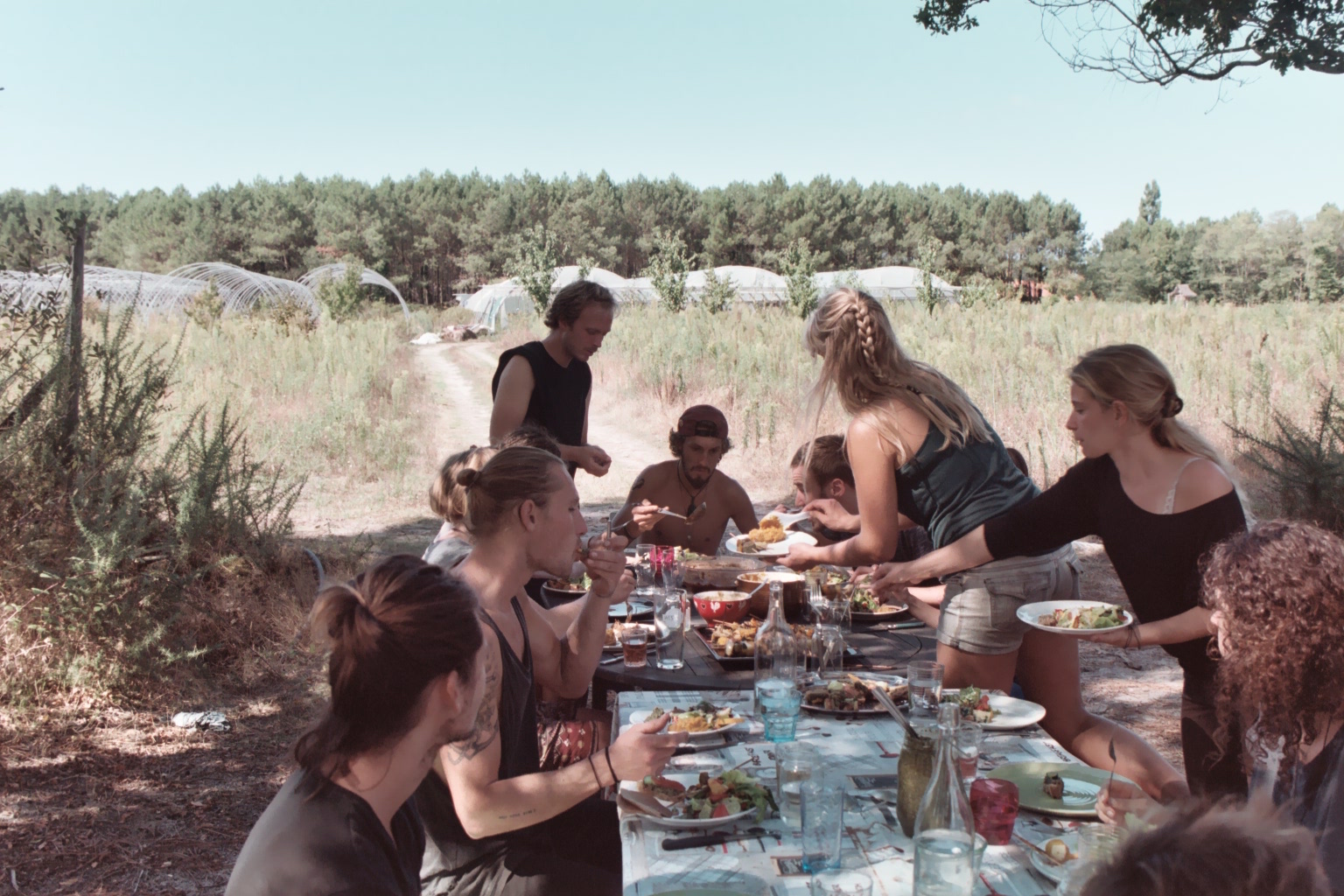 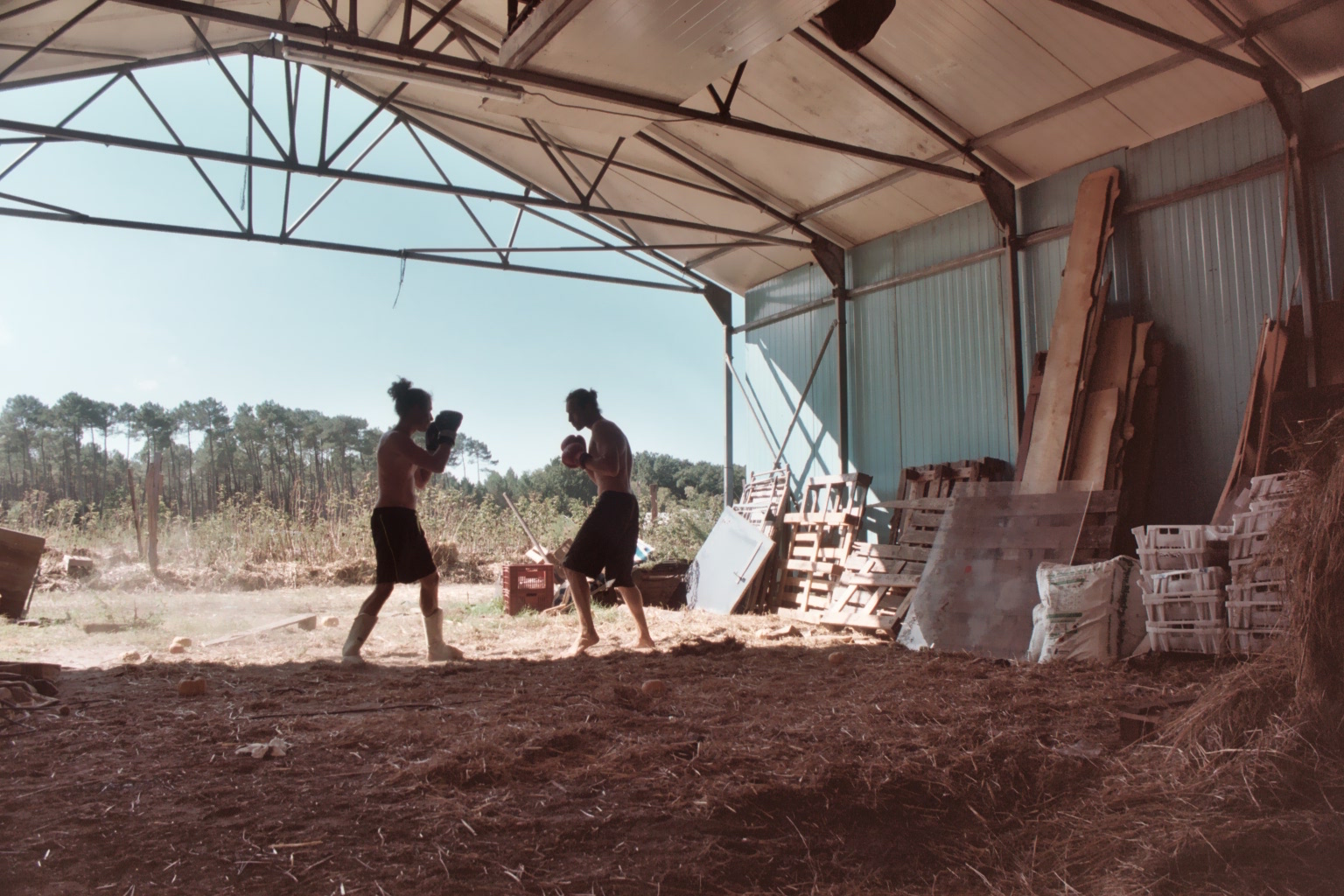 The roosters wake you early, days are spent harvesting, planting and keeping the farm ticking over. When the waves roll in, overalls are traded for wetsuits.

Meals are shared in that typical French way, taking a seat at a long table conversation flows; there’s no shortage of wine as the vegetables too ugly to sell are plated up for eating. Come nightfall the bonfire is lit, guitars and flutes can be heard until the early hours. 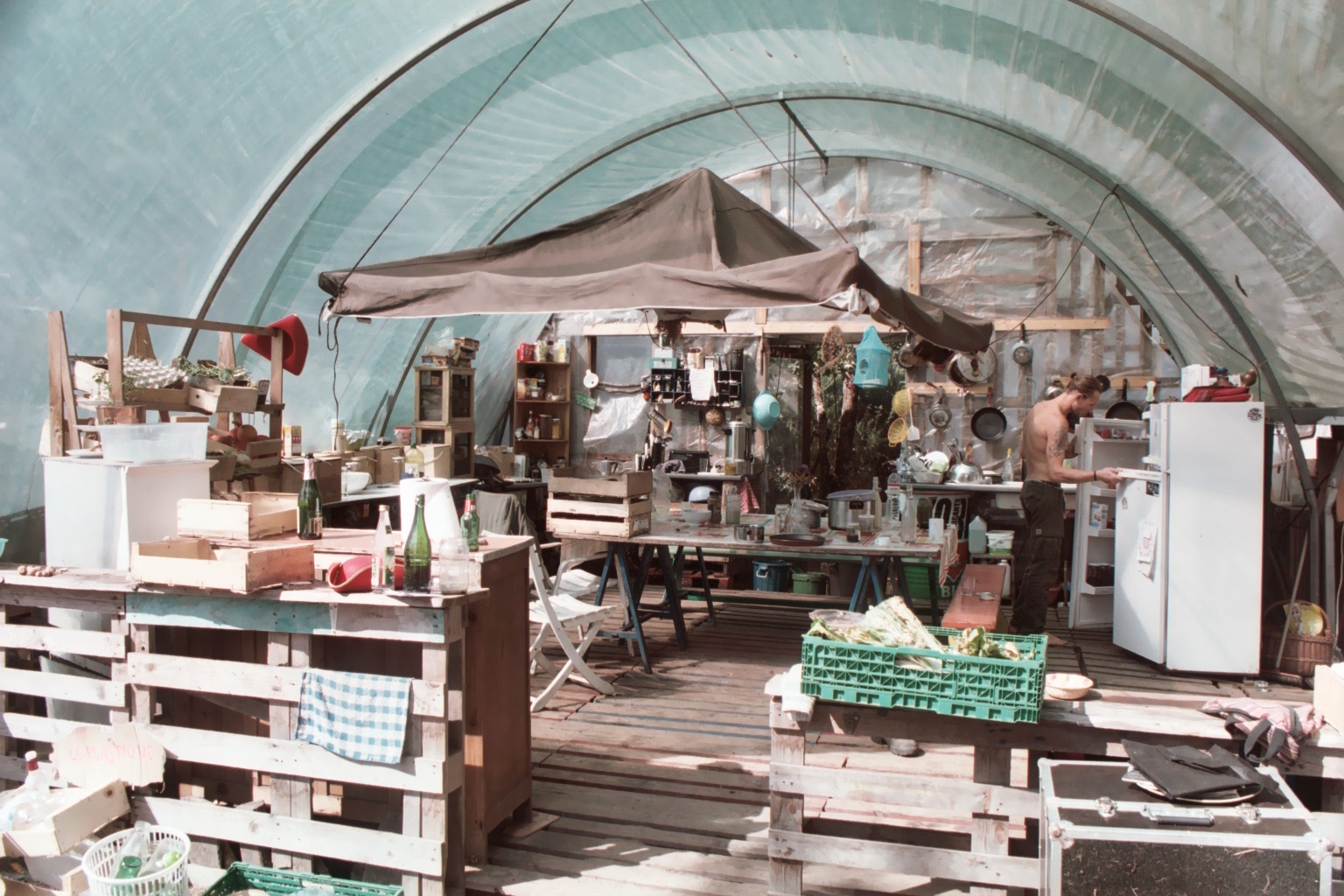 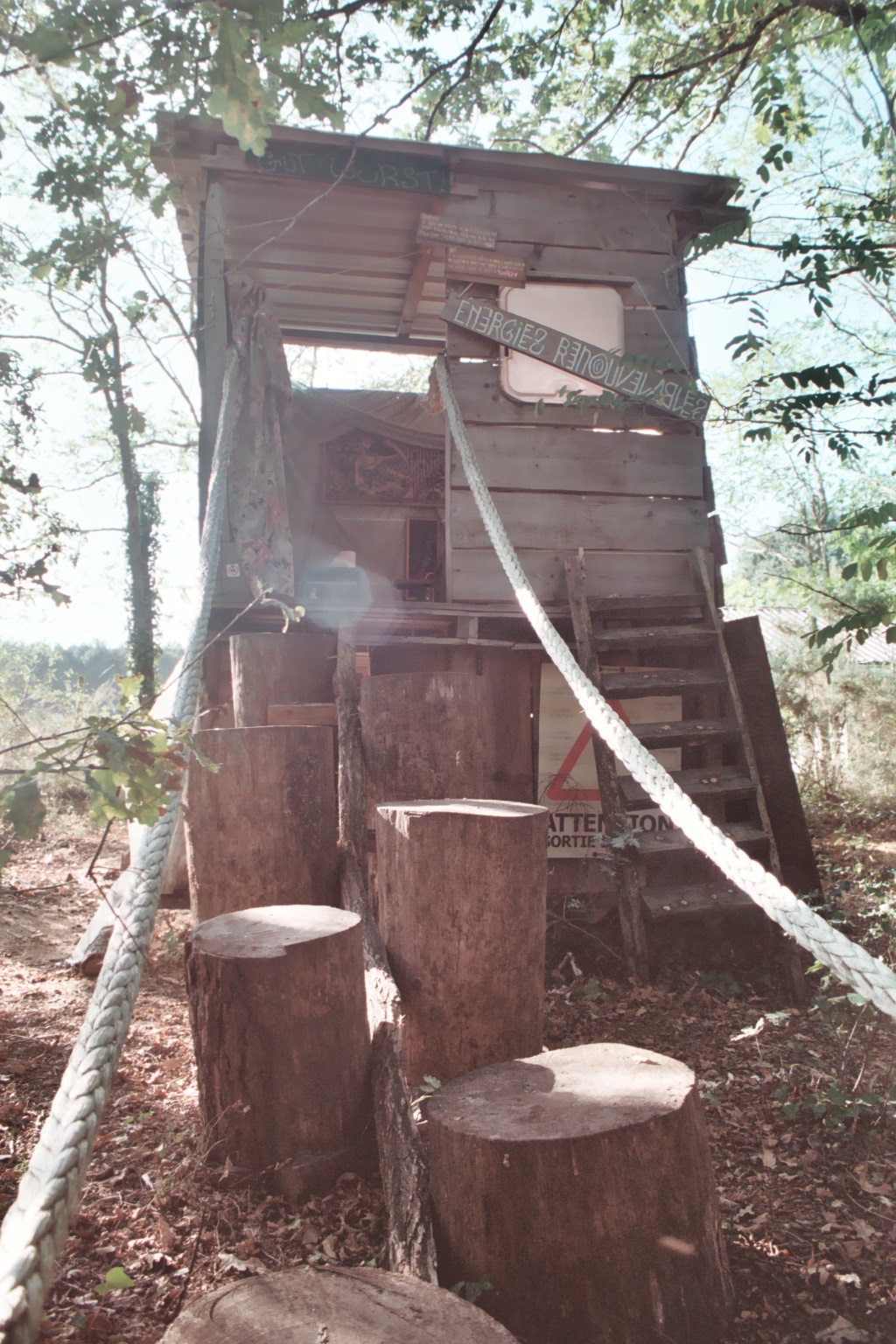 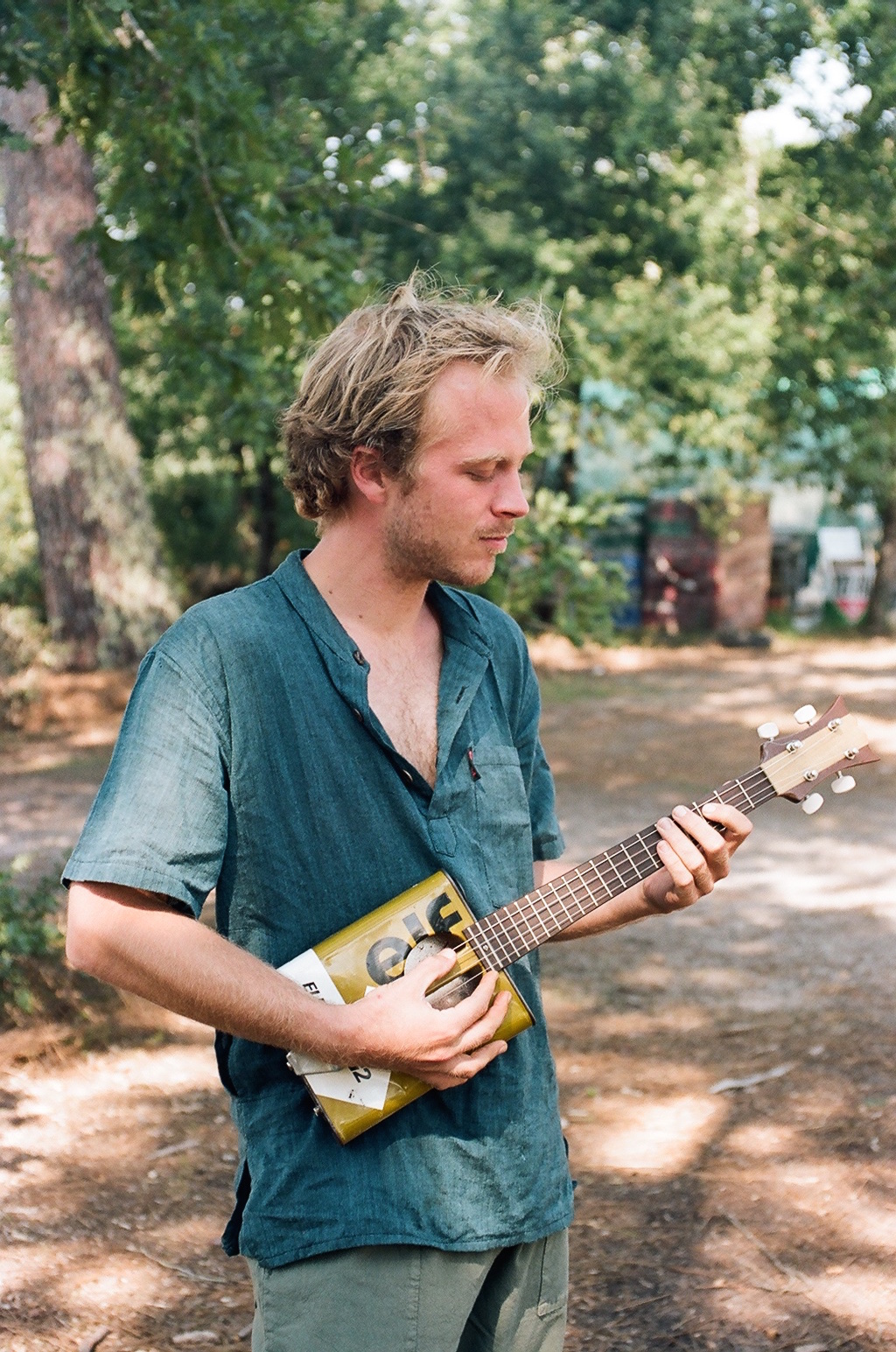 As far as I see it, this place Beni and Nico have built to share with whoever arrives to join them is anarchy in its most pure and glorious form. It’s self-sufficient, indescribably peaceful with nature. There’s nowhere else they’d want to call home.

Linkedin
RELATED ARTICLES
OTHER ARTICLES
Sean Maung’s photos are a love letter to the Black and brown communities that make up New York.
By turning a real-life crisis into daytime television fodder, TV bosses have once again shown themselves to be completely out of touch with audiences.
Photographer David Corio’s archive offers a glimpse inside a revolutionary era of music and nightlife.
In his 2008 series, the photographer pictured himself as Angela Davis, Martin Luther King Jr., Malcolm X, and other prominent figures.
A group of young Palestinians have found temporary freedom in the act of parkour, reimagining wreckage and ruins as a series of high-octane playgrounds.
Ahead of the release of their first collaborative album, the producer and rapper talk psychedelics and the state of UK hip hop.