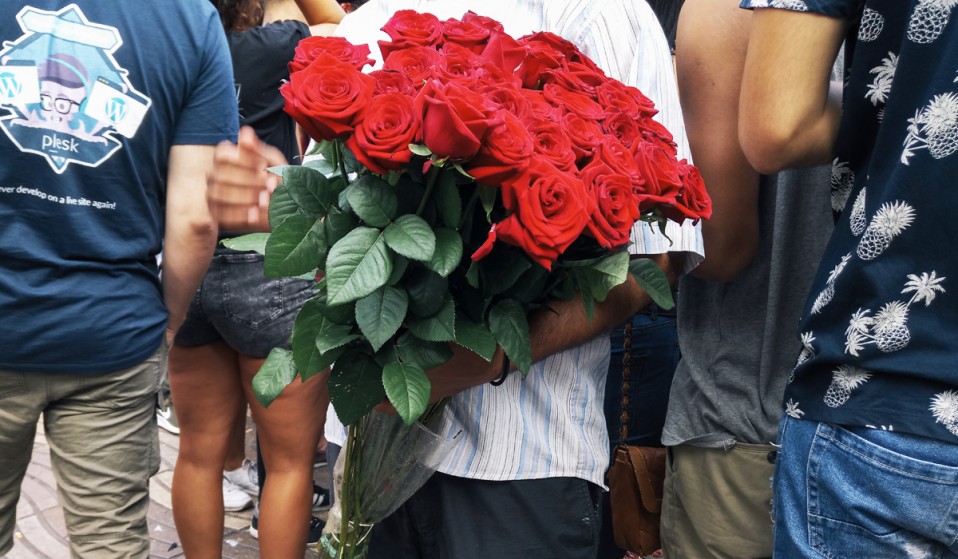 Australian photographer Adrian Morris documents his travels around the world with the eye of a restless nomad. This summer in Barcelona, he witnessed the city that he now calls home take a stand against terror by celebrating hope and joy.

Australian photographer Adrian Morris documents his travels around the world with the eye of a restless nomad. This summer in Barcelona, he watched the city he now calls home take a stand against terror by celebrating hope and joy.

On August 16, Barcelona was alive with the sound of the Fiesta Major de Gracia – one of many street festivals that take place in the summer months in cities across Spain.

As a photographer and outsider, who now calls Barcelona home, it was an event I’ve always wanted to capture. The streets are full of energy: it’s the biggest party of the year. But the following day, everything changed when the city and its people were attacked. 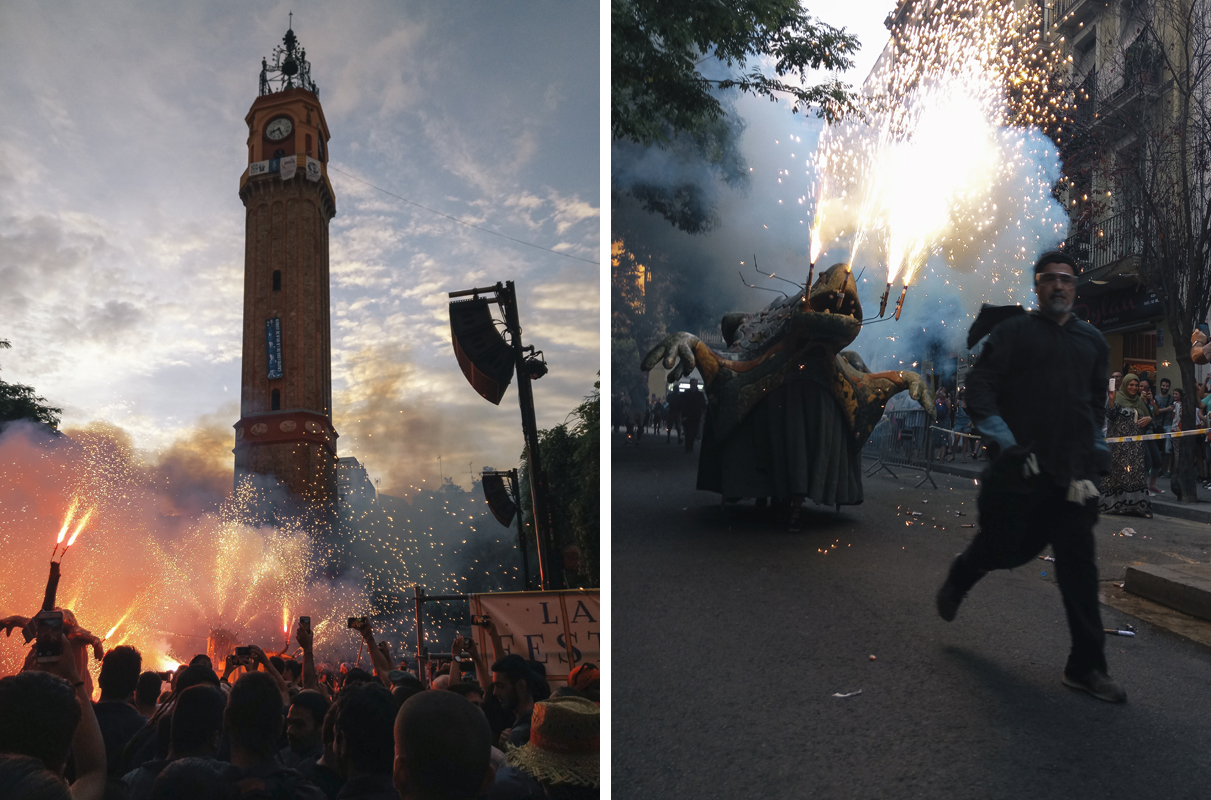 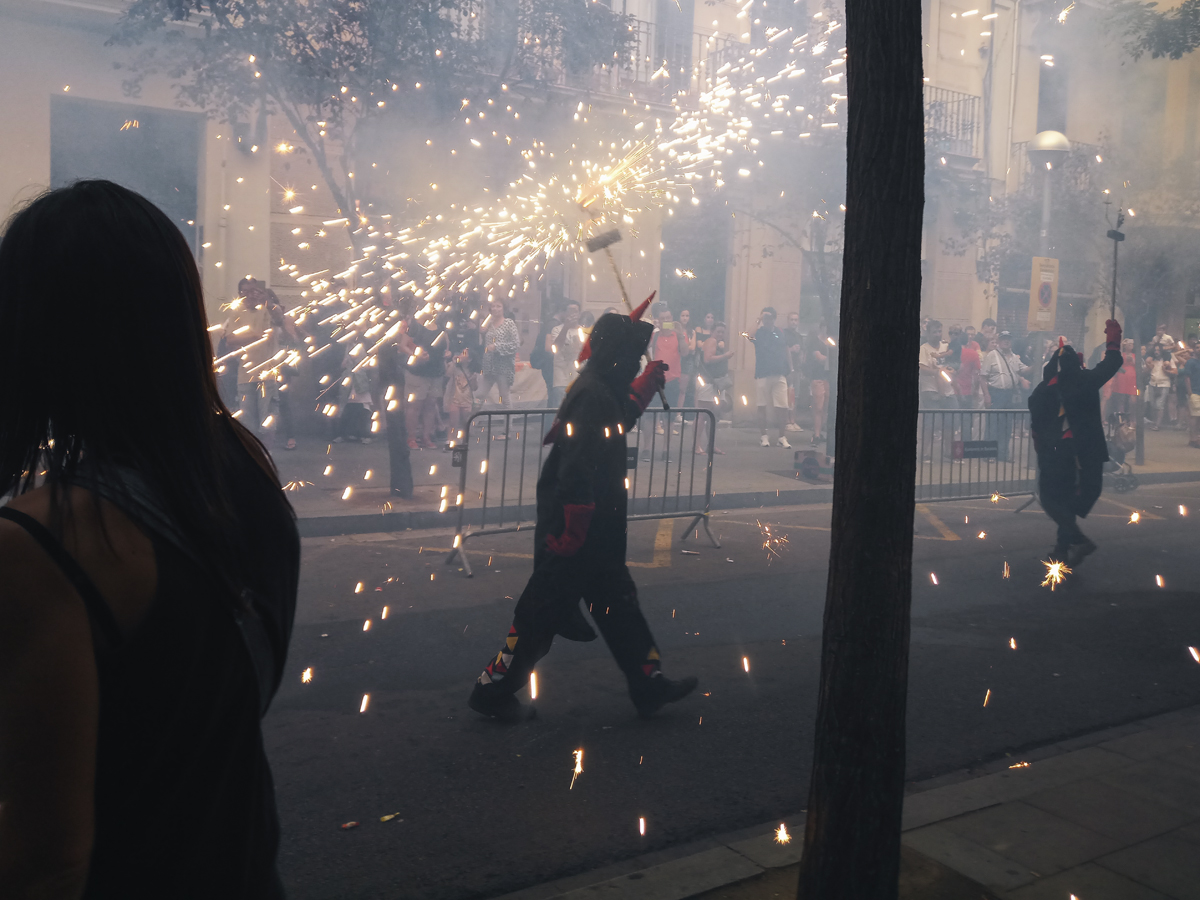 I was on the beach when news started to spread. A van had driven into pedestrians, or so claimed messages over Whatsapp, but no one knew what was going on or how many people had been hurt. My girlfriend was texting manically and people were fleeing all around me after rumours started to spread that something was going to happen on the beach.

It was only later that we learned the extent of what had happened. Fifteen people lost their lives that day, and at least 130 were injured. Nine hours after the first attack, another van drove into pedestrians in Cambrils killing one woman and leaving six injured. The city was in shock. 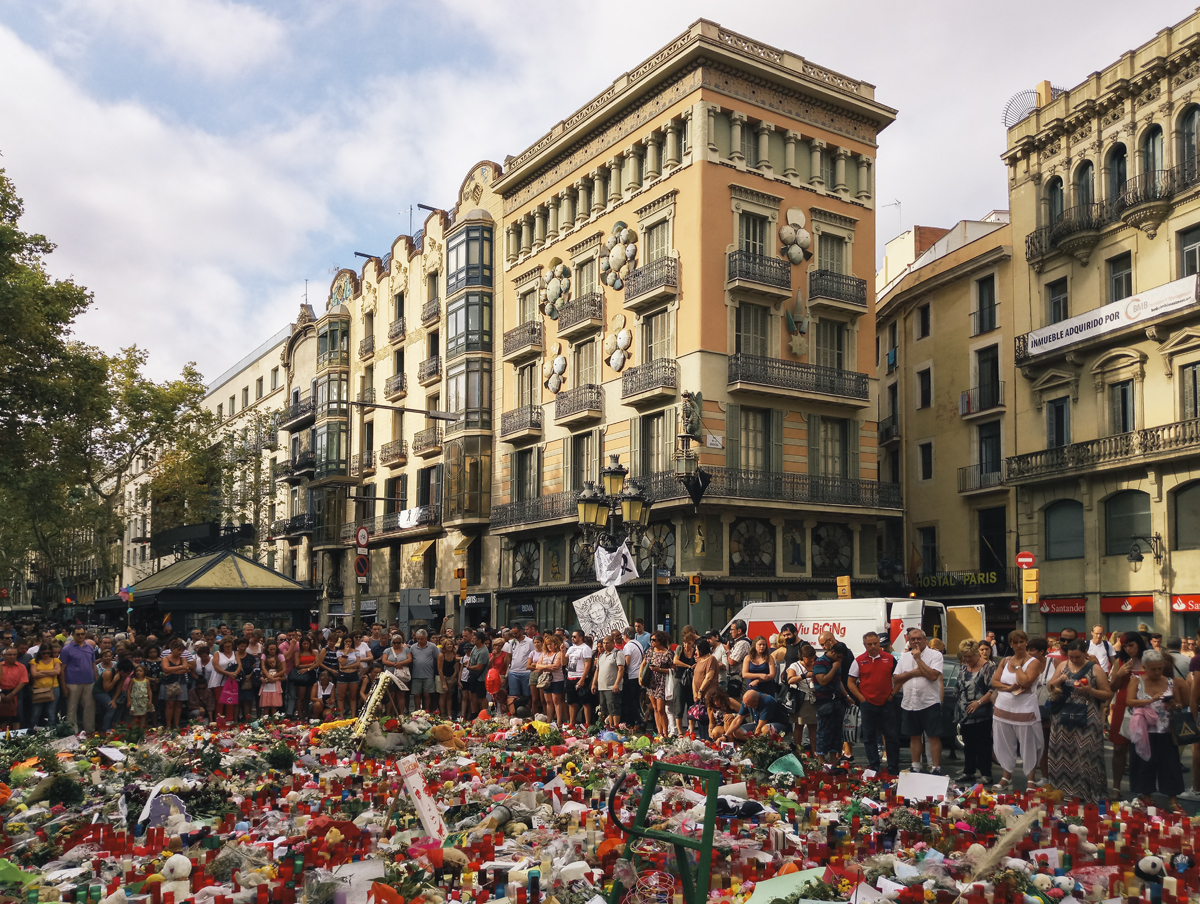 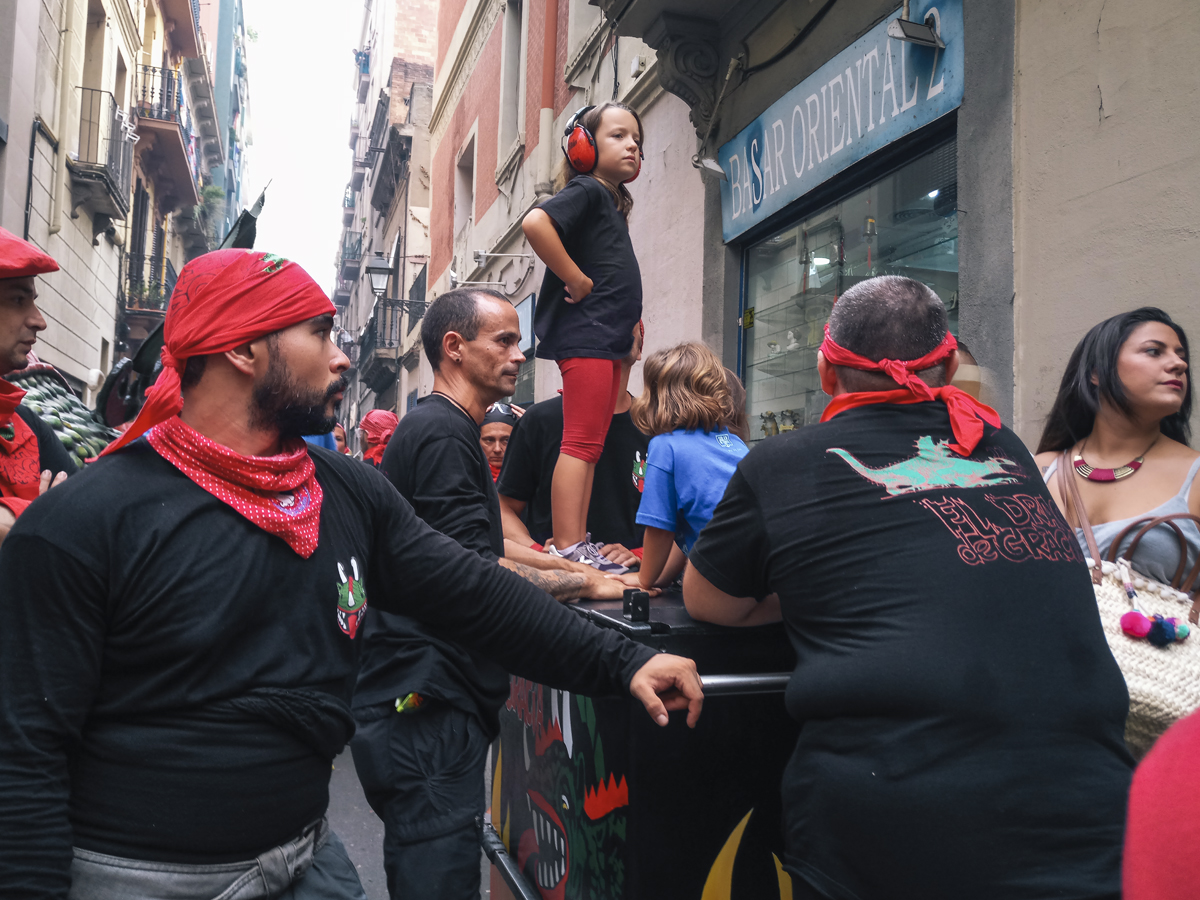 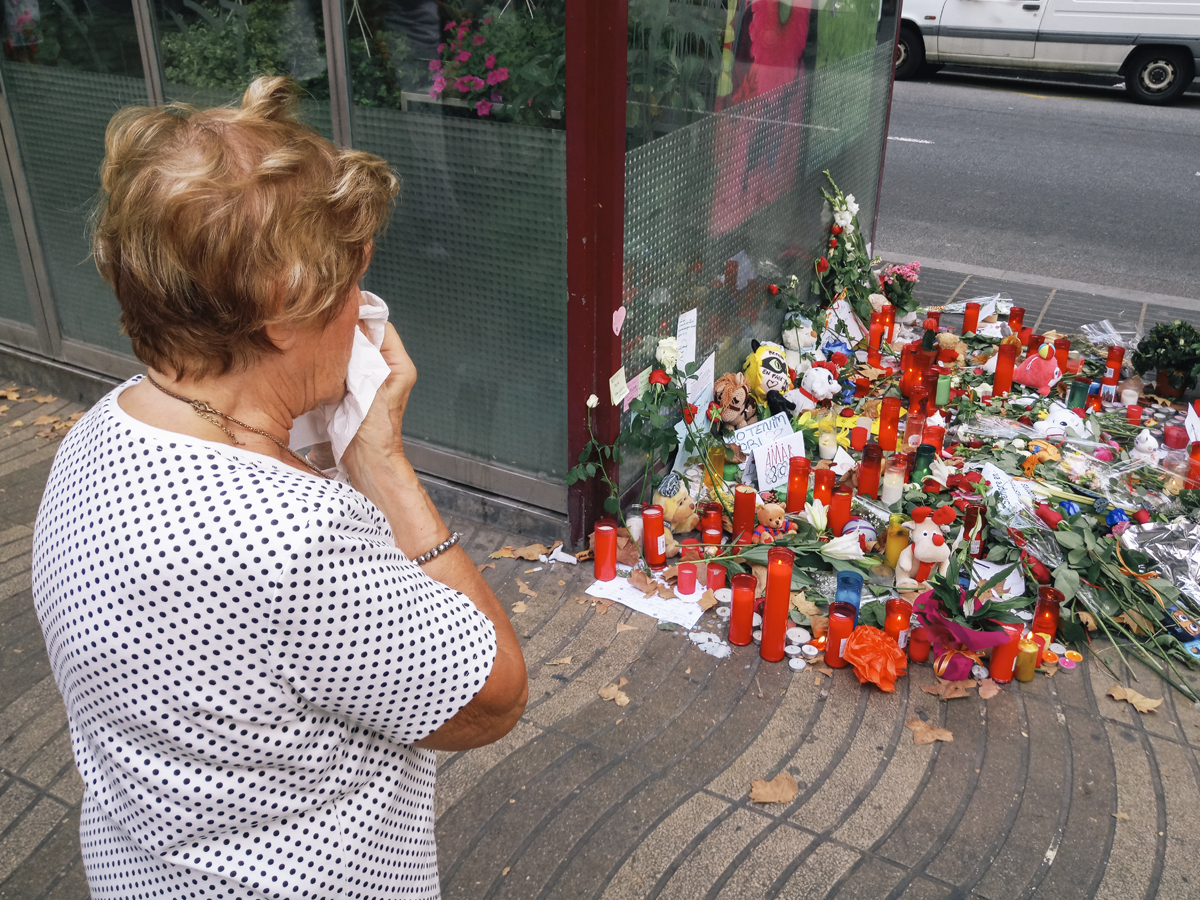 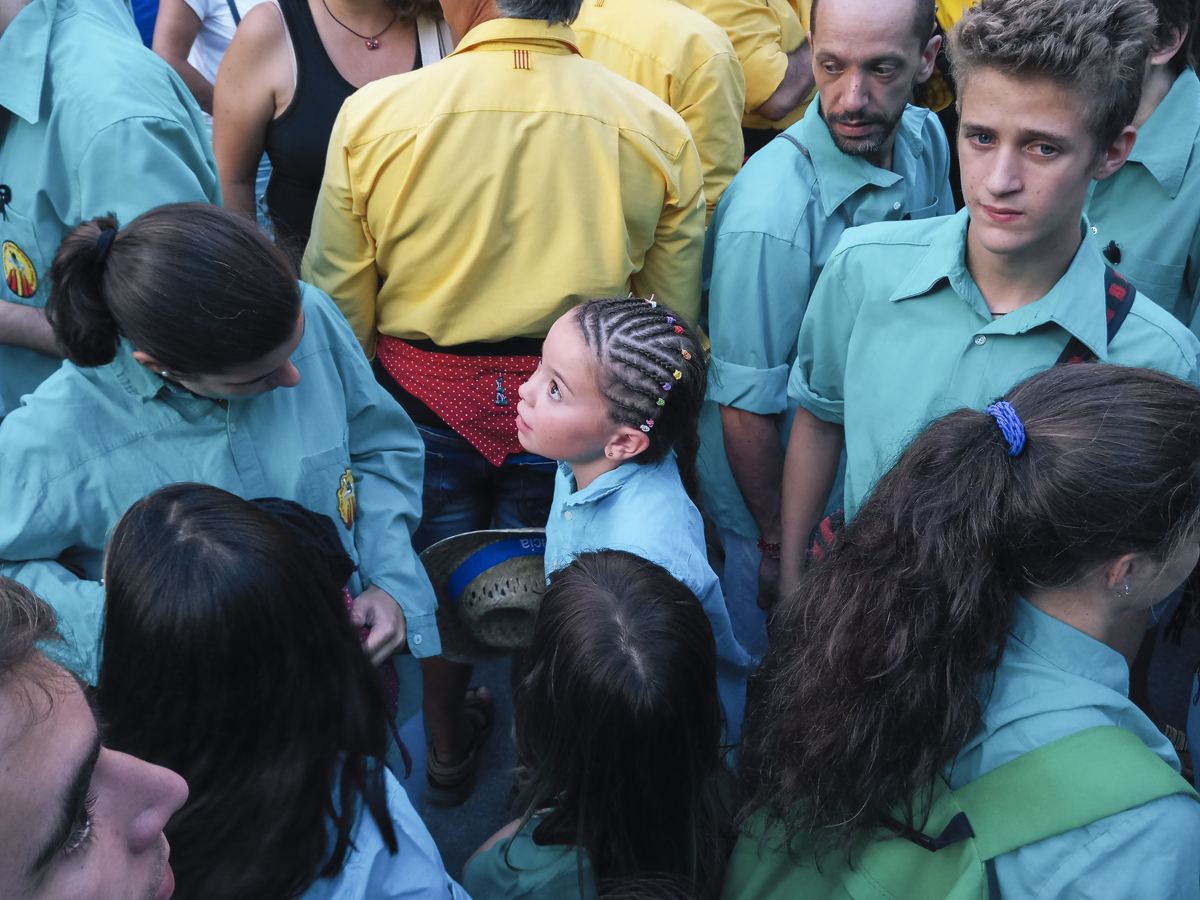 But the next morning there was a sense of calm. On La Ramblas, where the attack took place, the sidewalks were covered in flowers and candles. People were writing messages on trees and standing together in quiet contemplation.

Down the road, members of the Muslim community were staging a demonstration and holding signs that read, ‘I’m a Muslim but not a terrorist.’ Spanish people mixed with tourists; Catalonian colours flew side by side with the Spanish flag.

For that day at least, everyone was united. That’s what surprised me the most: watching people put aside their differences and come together in such a large scale was a pretty powerful thing to see. 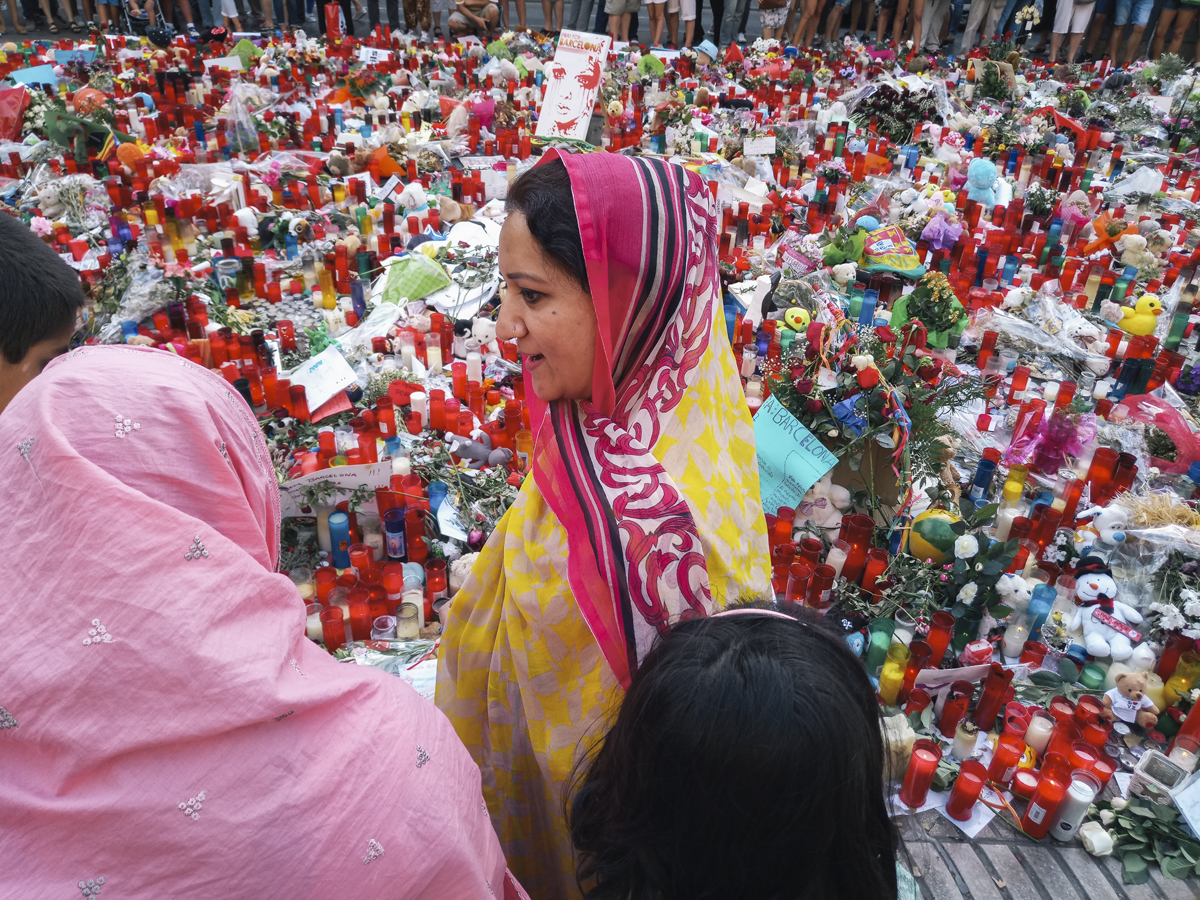 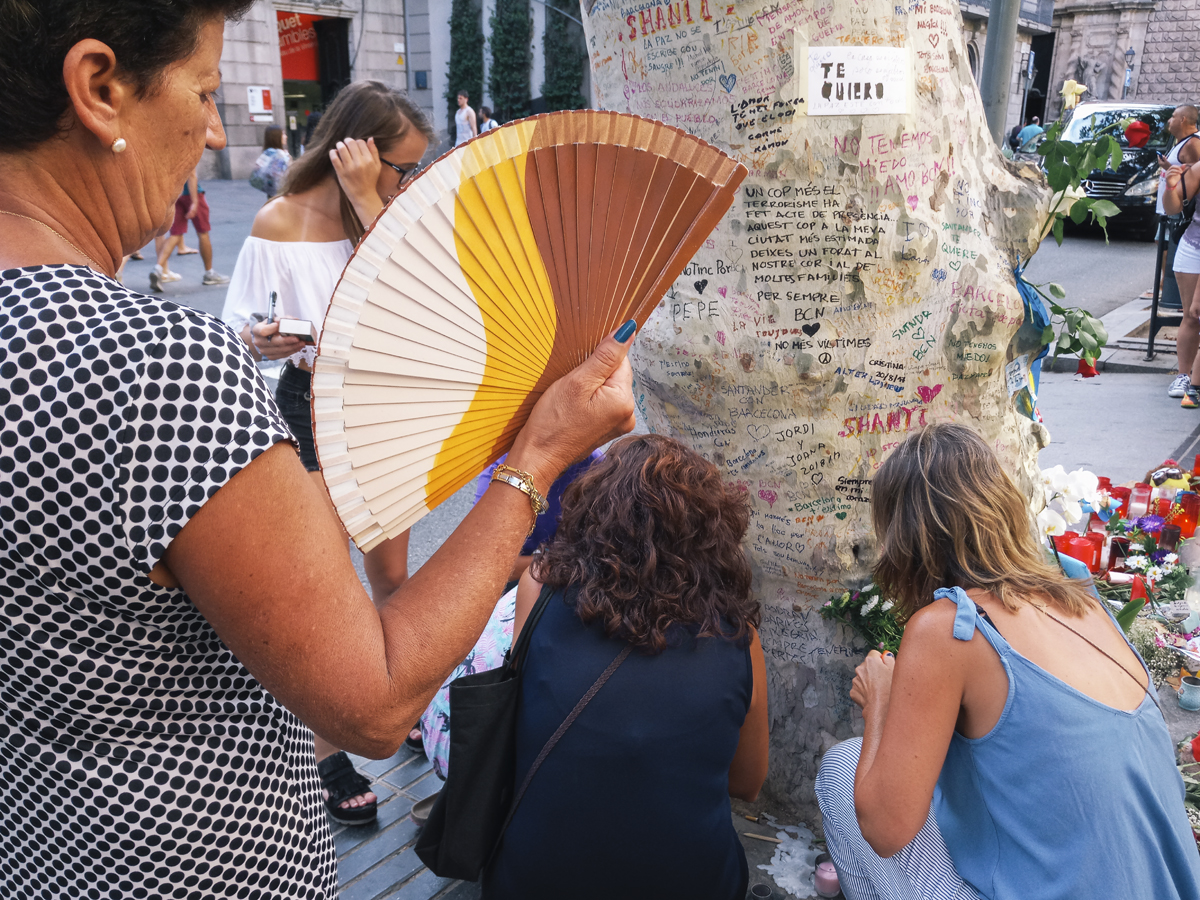 This was the first time I had taken photos of such a heavy event. As a travel photographer, I usually document adventure and try to use ‘feeling’ as a point of entry: making people feel what it was like to walk down a street, or experience a new culture.

So that’s how I approached this as well. I didn’t want to make anything appear heavier than it felt, which is something I think the news is guilty of doing.

Even though we are inundated with images every day, photography is more vital than ever. It’s through photos that you get the closest understanding of what it actually feels like to be standing there. If we only focus on negative things, then all we’re doing is breeding fear. It’s like a chain reaction. 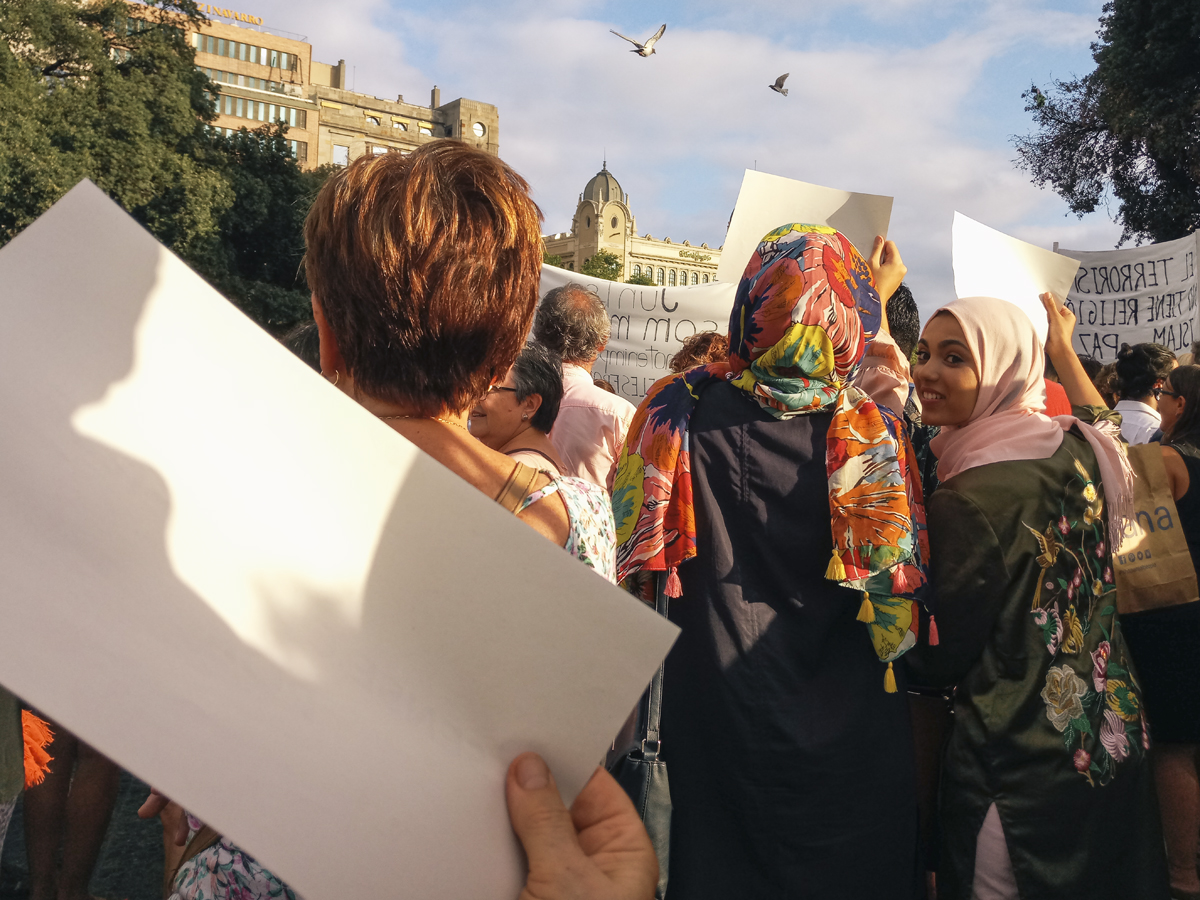 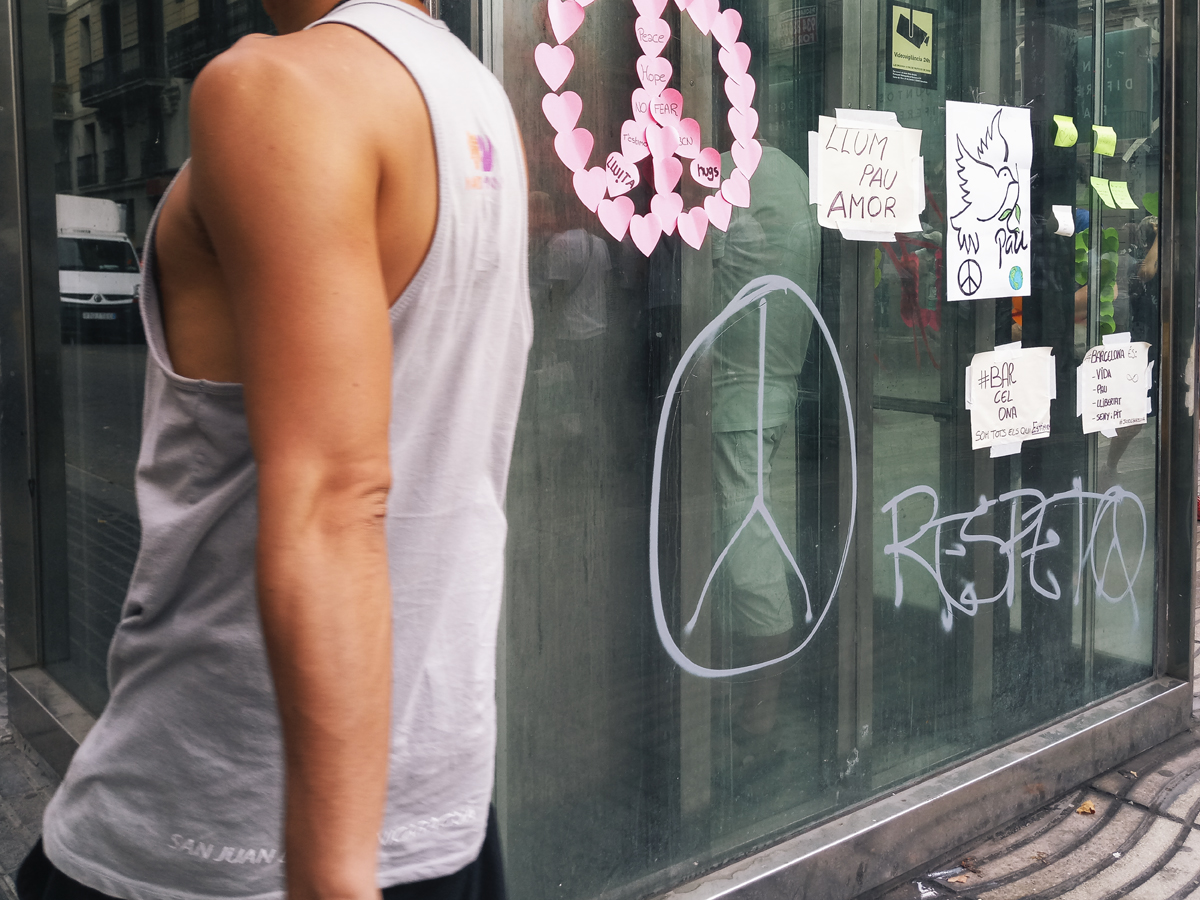 Witnessing the aftermath of an attack like this didn’t really change my perspective on anything. It makes you reassess things and value freedom. It makes you value friends and family, and enjoying life, because anything can happen at any time.

But being there as a photographer absolutely made me look at what happened differently. When you take photos you’re observant of everything happening around you. 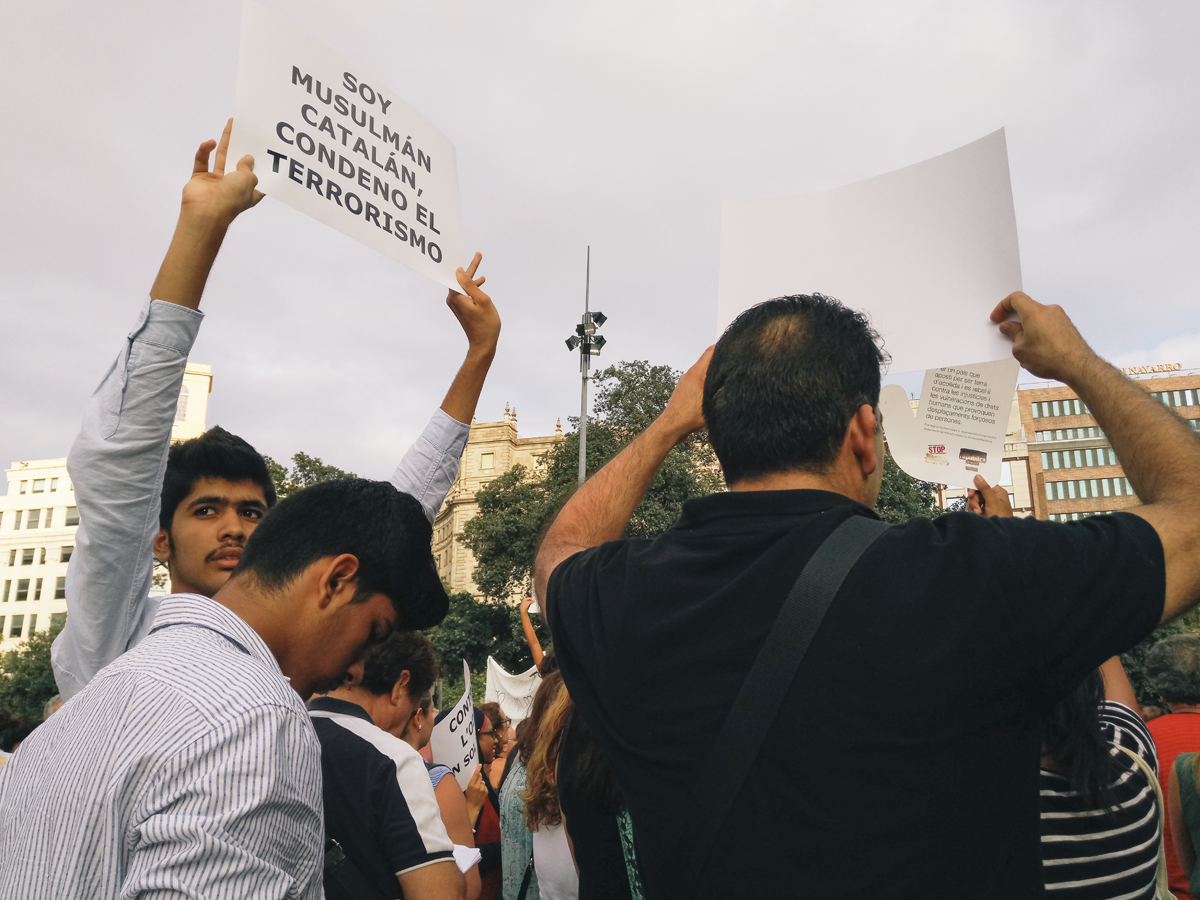 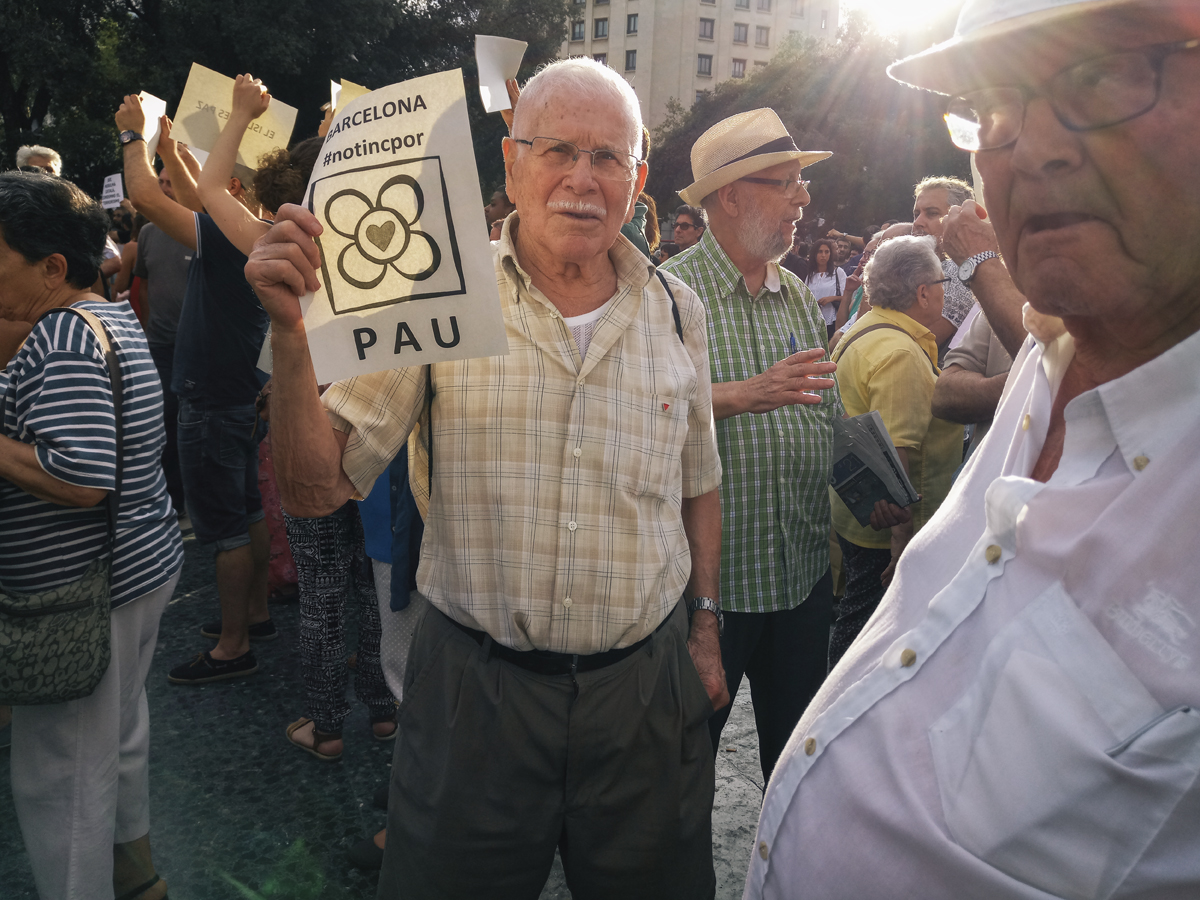 Barcelona started springing back to life days after the attack. The city went back to a state of celebration – but by then the news cycle had moved on.

I believe it’s important for people to see that the story didn’t end with mourning; that there was joy on the streets again. If anything, the city came back even stronger. People were eager to show they weren’t scared, as a tribute to those who lost their lives. 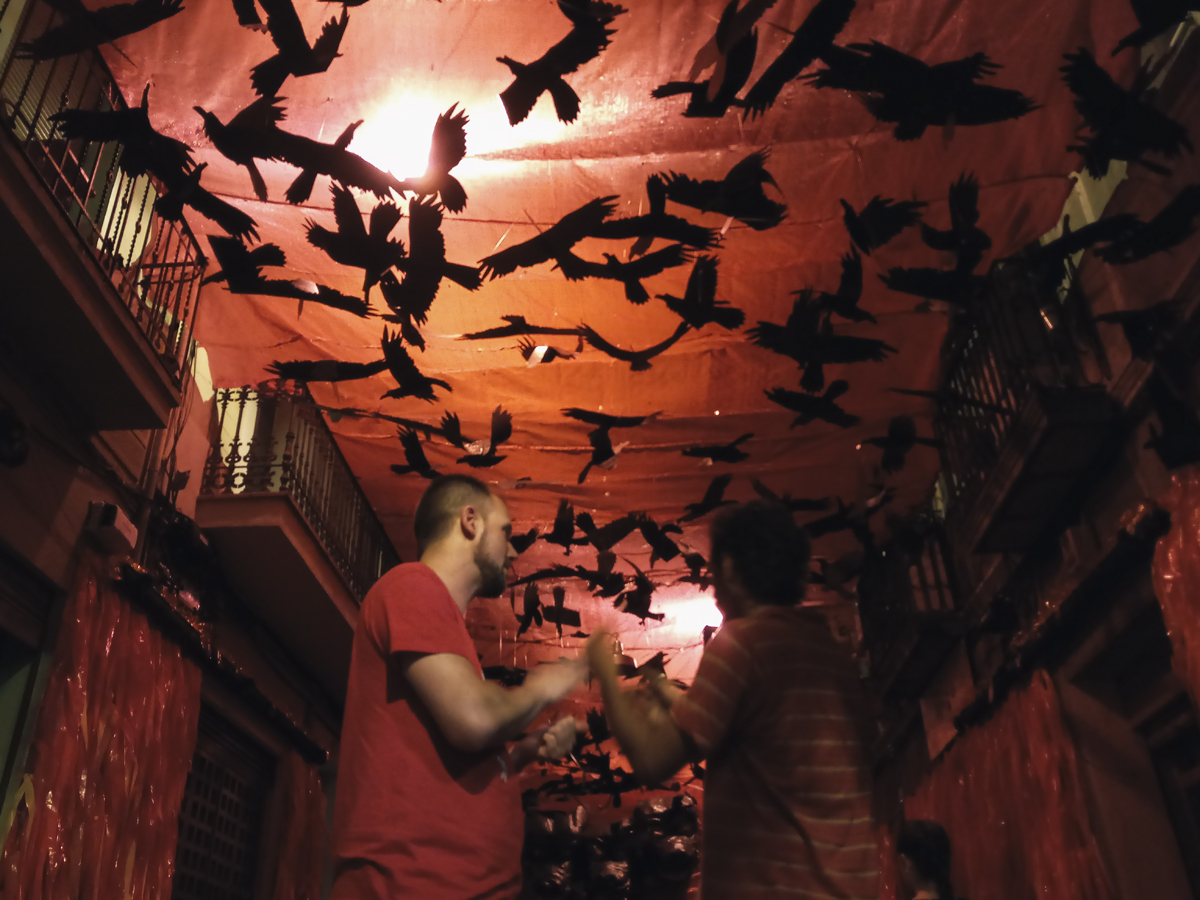 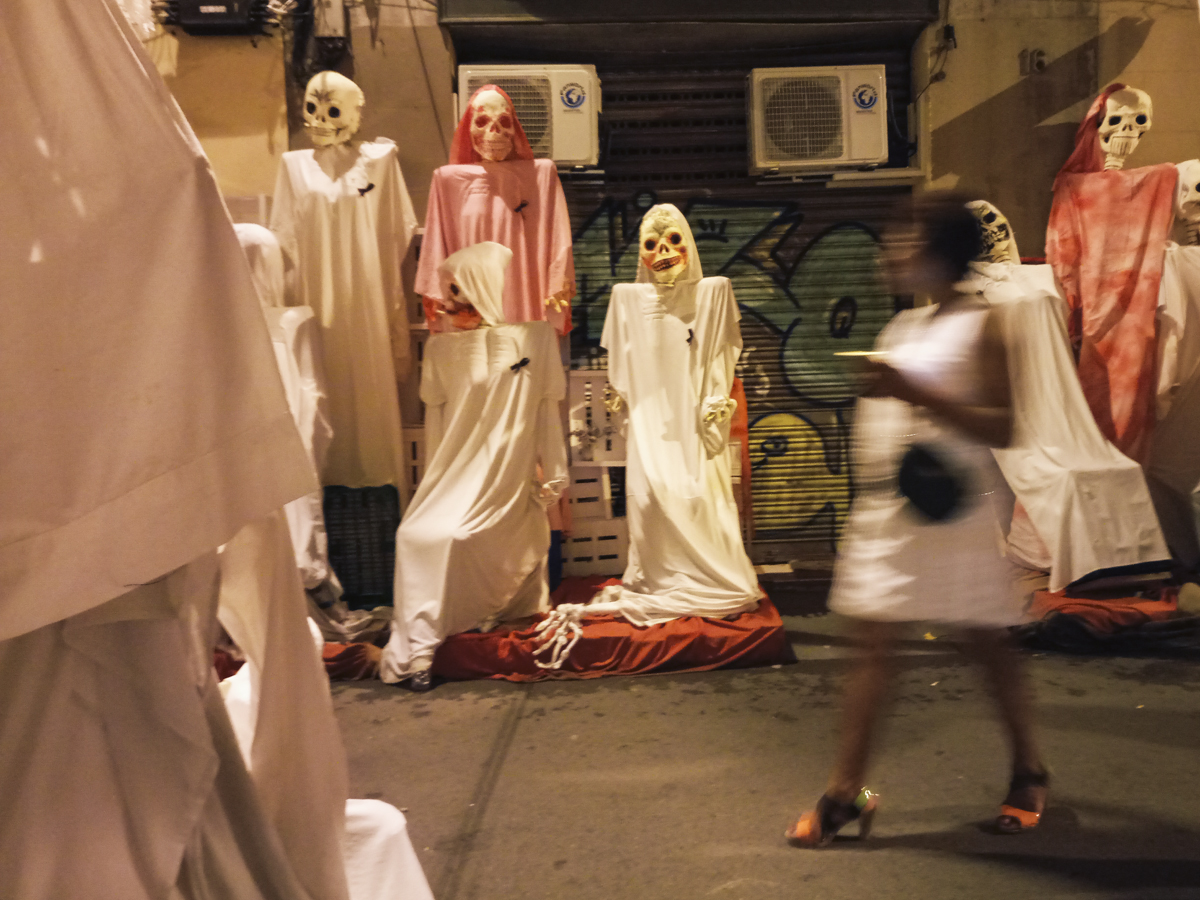 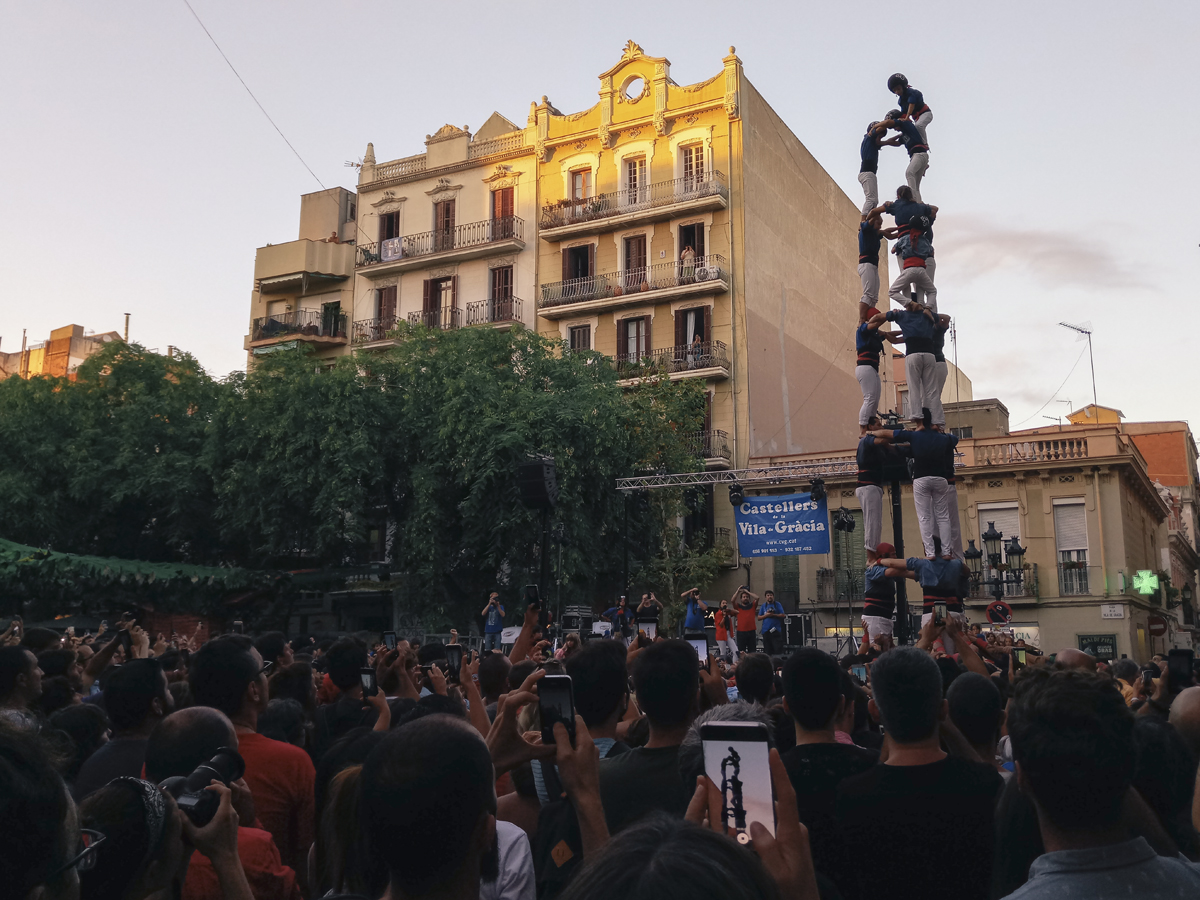 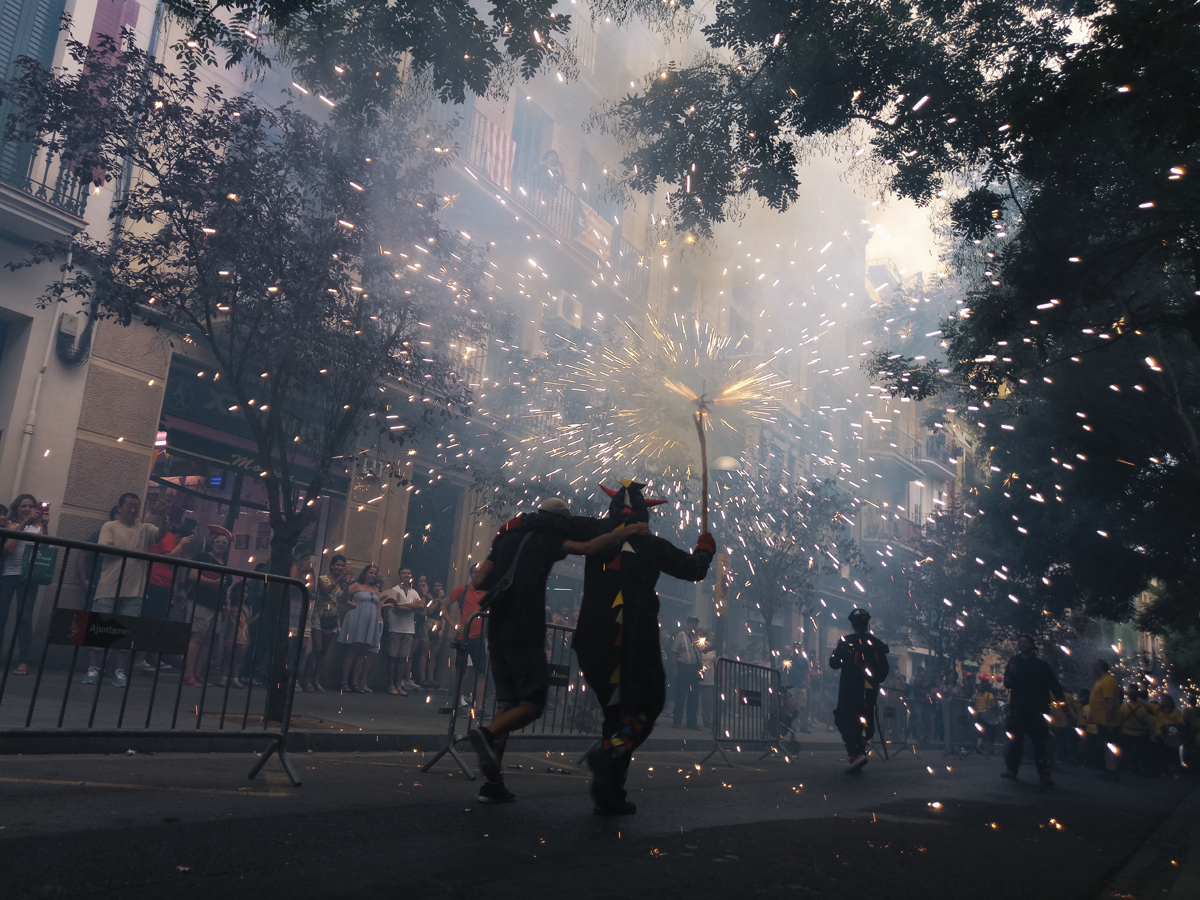 That’s the great thing about Barcelona – things always move on. The people of this city don’t let negative things affect them. All they want to do is enjoy their lives: that’s the beauty of living here.

Linkedin
RELATED ARTICLES
OTHER ARTICLES
Amid soaring inflation, more families are having to turn to the kindness of strangers to shoulder the cost of dying.
The hate Just Stop Oil faced after throwing soup over a Van Gough painting has been immense. Here, they explain why it won’t deter them.
A new photo series documents tribes preserving the environment through simple, sustainable practices in central Asia.
After a devastating fire, creatives in the city are coming together to call for more affordable workspaces.
After voting to strike across England, prison teachers explain why they’ve been pushed to a breaking point.
Jamel Shabazz’s photos honour those who were lost and those who survived one of the most brutal eras in recent history.