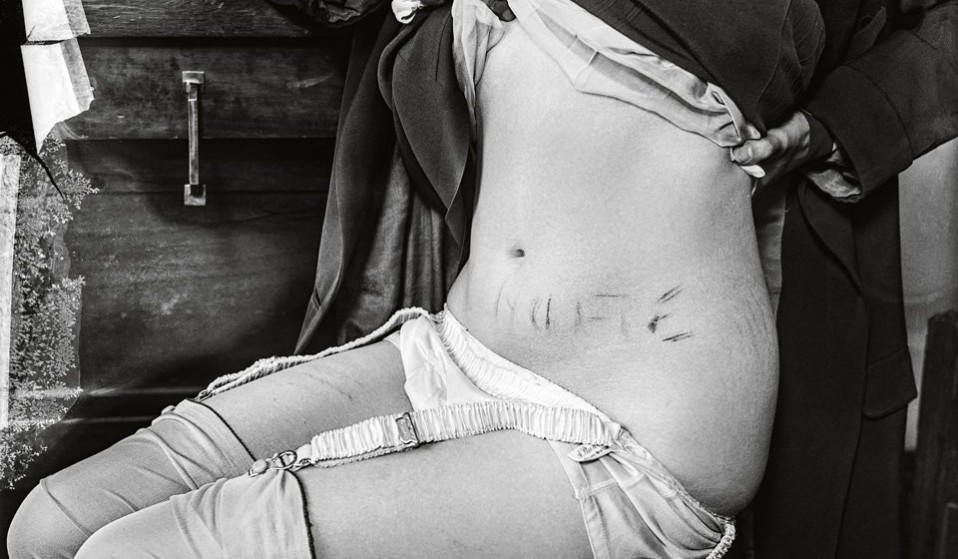 A new book delves into the murky depths of LA’s past, exposing the city’s seedy underbelly through photography, magazine clippings and uncovered police reports.

A new book delves into the murky depths of LA’s past, exposing the city’s seedy underbelly through photography, magazine clippings and uncovered police reports.

The golden sun of Los Angeles casts a dark shadow across the California coast, hiding a multitude of sins that have been long buried in the archives of newspapers, magazines, and the police department. For every image of free spirits frolicking on the surf, there lurks its counterpoint among the pimps, pushers, politicians, and police who used their power to prey upon the weak, wayward, and vulnerable.

For years, Los Angeles noir was the stuff of legend, fueling the filmmakers, novelists, and journalists with sensational stories such as the Black Dahlia, a gruesome unsolved murder in 1947 that later became the subject of a 1987 James Ellroy book and a 2006 Brian DePalma film. To put it plainly, we can never seem to get enough of the seedy, seamy underbelly of the City of Angels, where demons and devils dwell. 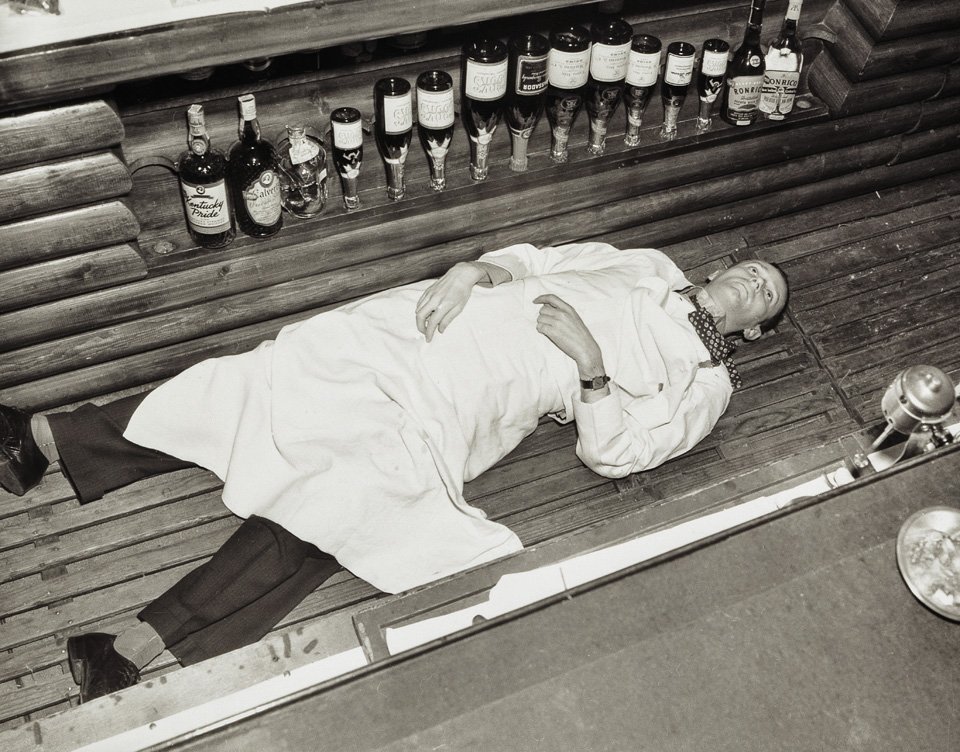 Jim Heimmann, the executive editor of Taschen America, understands this all too well. A cultural anthropologist, historian, and avid collector, Heimann has a profound love for the grime and grit found in the cracks and crevices across La-La Land. As an avid fan of mid-20th-century writers like Raymond Chandler, James M. Cain, and Nathaniel West, Heimmann came to discover that often times they were referencing actual crimes and illegal activities.

As he turned over stones, a new history began to pour forth – one that he has collected and compiled for the sumptuous volume, Dark City. The Real Los Angeles Noir (Taschen).

“I started to find the artefacts and images these guys were writing about,” he explains. “Then I started to expand this idea into the other things about Los Angeles that were more arcane: the underbelly, the evangelists, the kooks and the crazies, the hermits who lived up in the hills and the physical culture – Muscle Beach and nudist colonies. 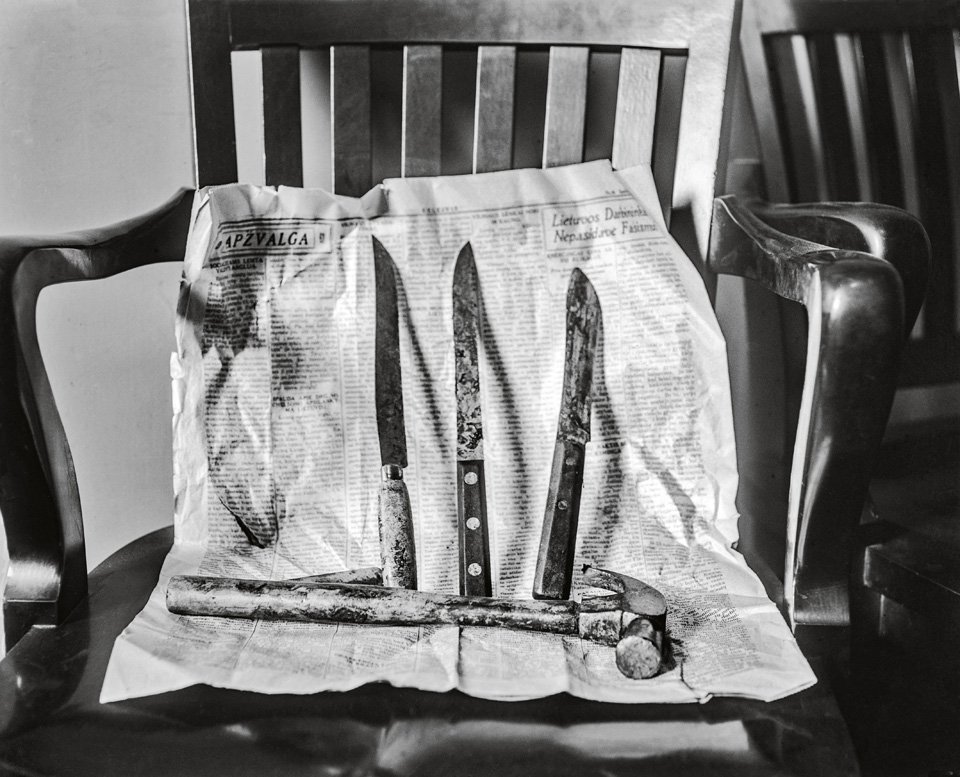 “It all supported this idea that what the Chamber of Commerce was promoting like sunshine and health, movies stars and glamour, surfing – there was a flipside that was just as present and influential in the development of the city. There was plenty of film and fiction that developed around Los Angeles noir period, but there wasn’t anything that substantiated in reality what was going on.”

That’s where Dark City comes in. Here, 480 pages of meticulously researched stories, photographs, and documents including bound-in facsimile magazine clippings, allow tales of the sensational and the sordid to quietly unfold, taking us back to a time when the West was truly wild.

The book features a wide selection of photographs drawn from several different archives, including the Los Angeles Police Department. 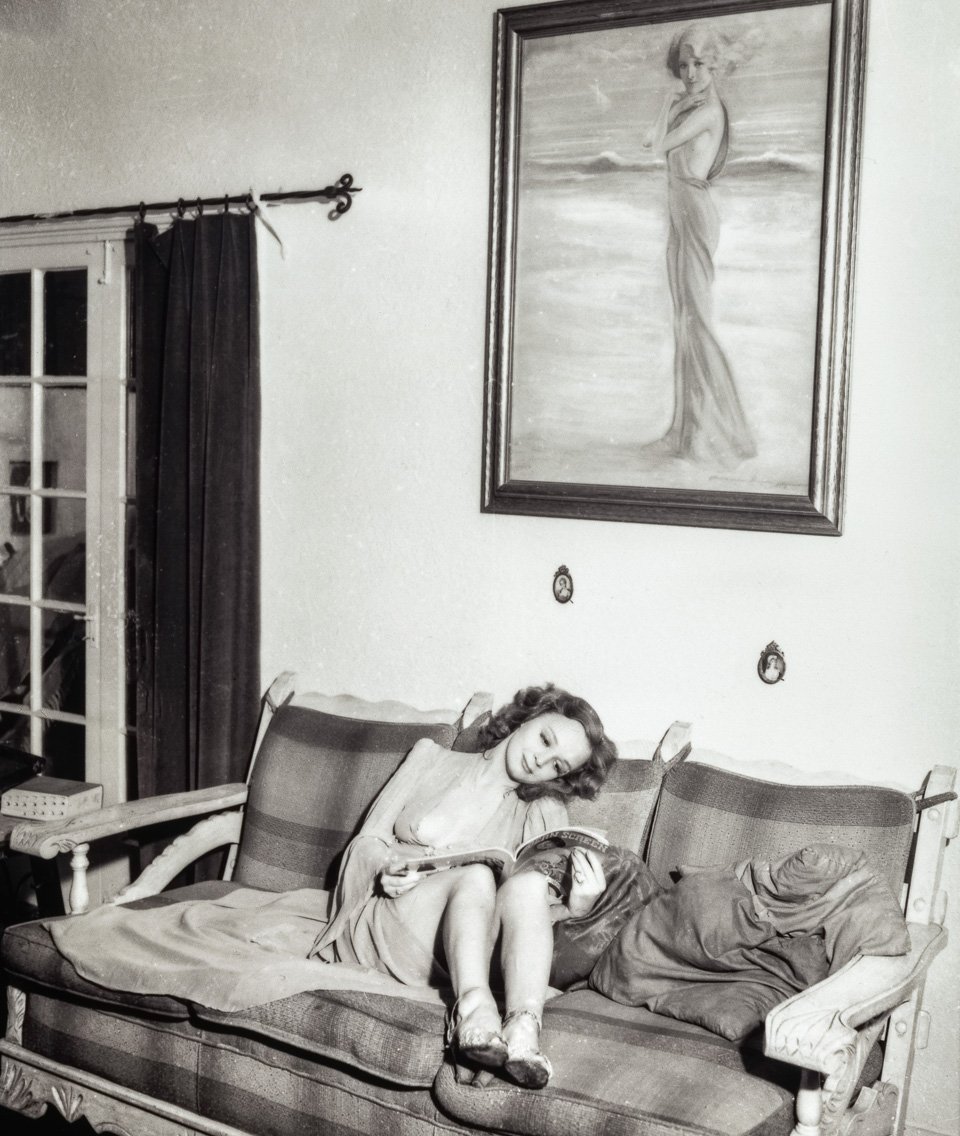 “The LAPD always had a cameraman along with them when they were investigating a crime,” Heimmann reveals. “Even though these photographers were just hired hands to accompany the police, they really had a sensibility about them. There was a large depository of all these great photographs and they weren’t just reporting bluntly, they really had a nuanced feel with shadows and the way the bodies are positioned, while others are very blatant. They were very much artists unknowingly.”

“But then there was also the pool of photographers covering the Hollywood scene. These independent freelancers would also be following a lot of the other things like crime… At that time photographers had amazing access to these crime scenes where they could actually pose the victim or the perpetrator in jail and light him a certain way to make him look more evil. The police let them do it and that was the photo that would be published in the newspaper.”

Heimmann brilliantly assembles the photographs and media, in many cases side by side, to illustrate how photographers, a great many of them anonymous, were able to define the look of the times. This aesthetic, which is at one glamorous and gruesome, continues to capture our imagination and weave a spell, seducing us with the thrills it may bring: the good, the bad, and the ugly. 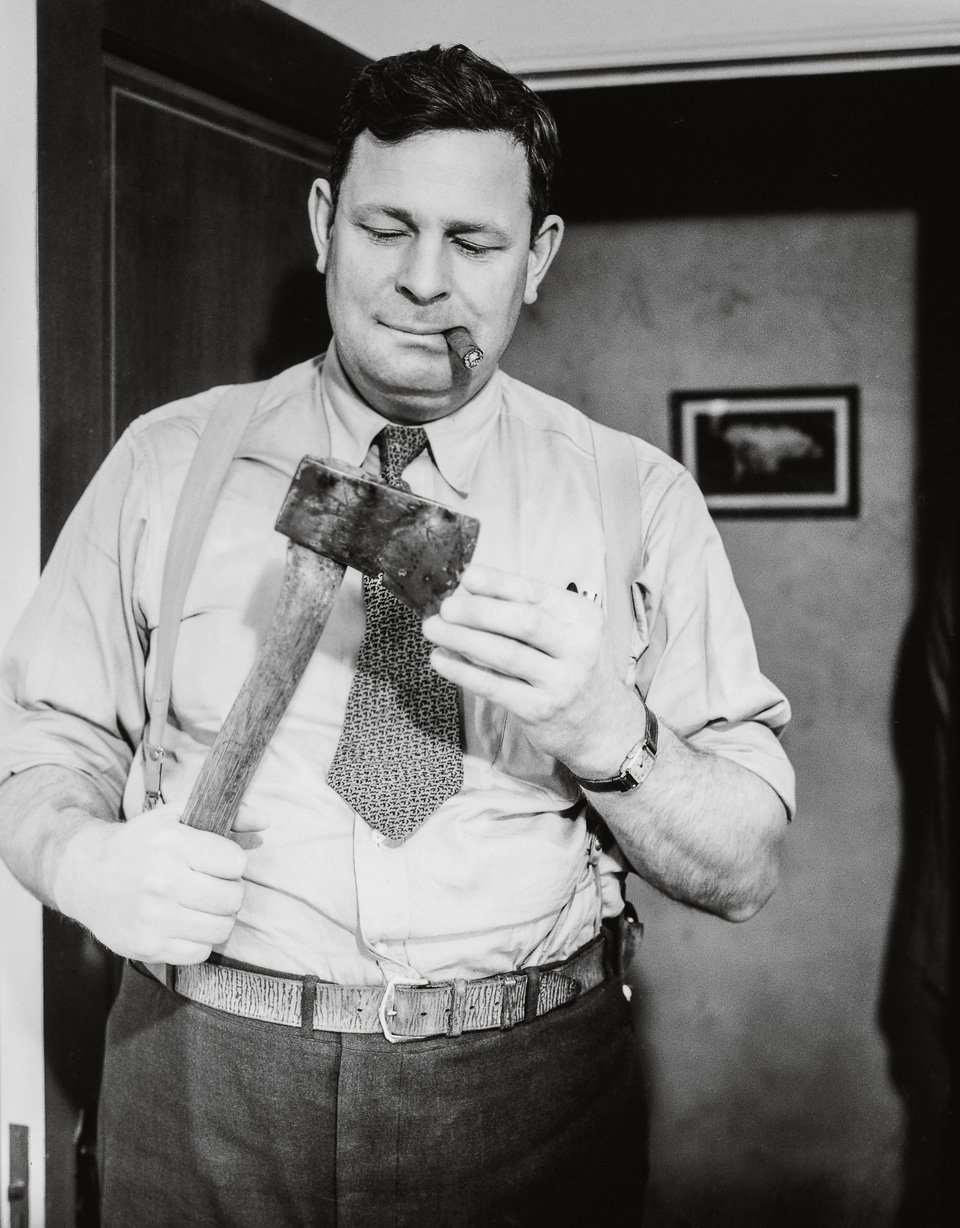 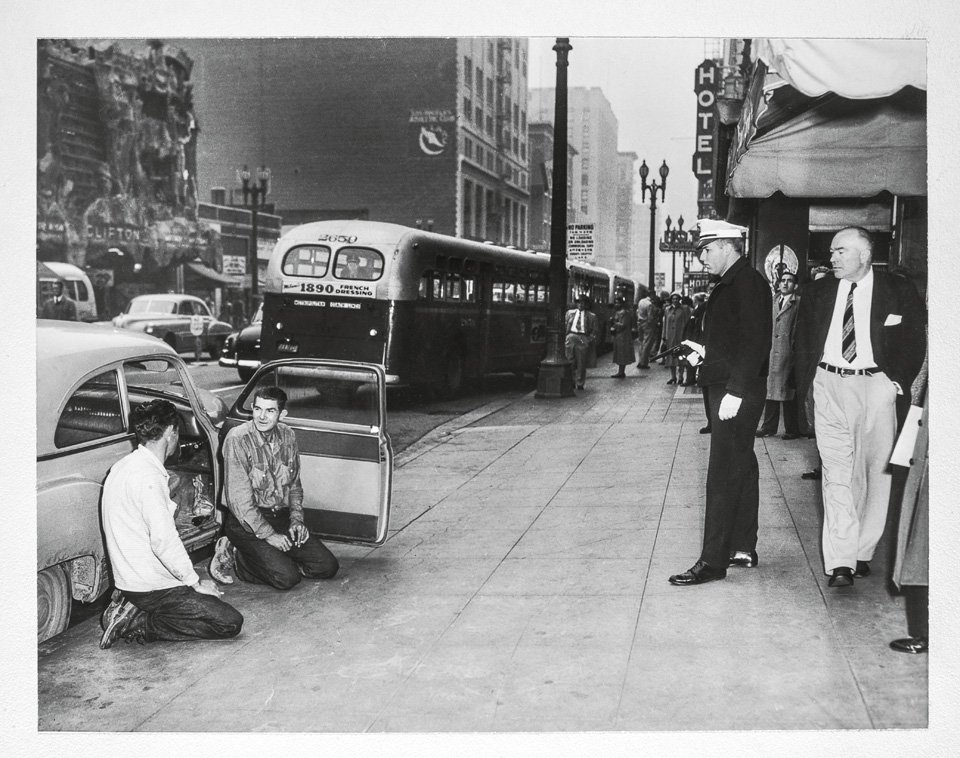 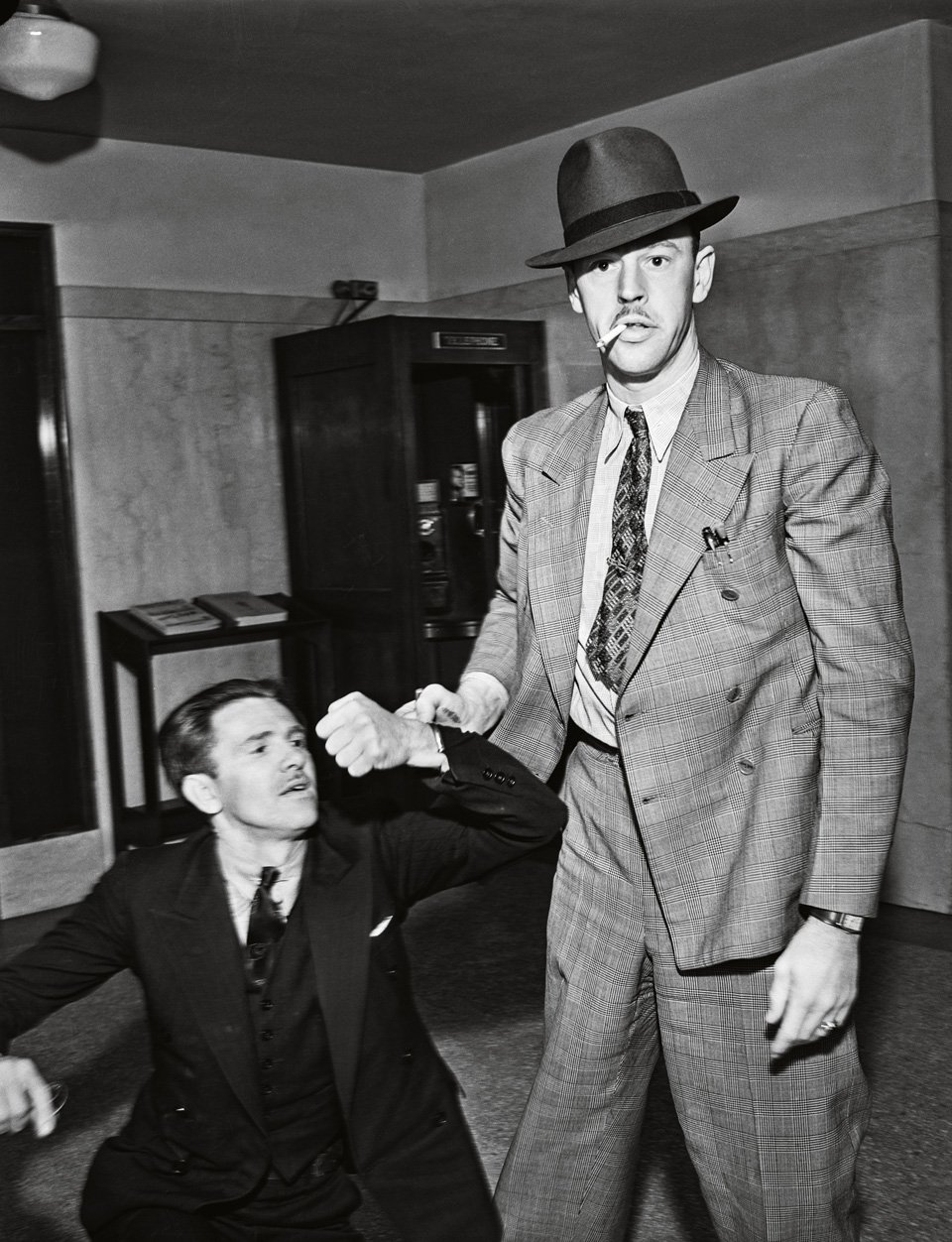 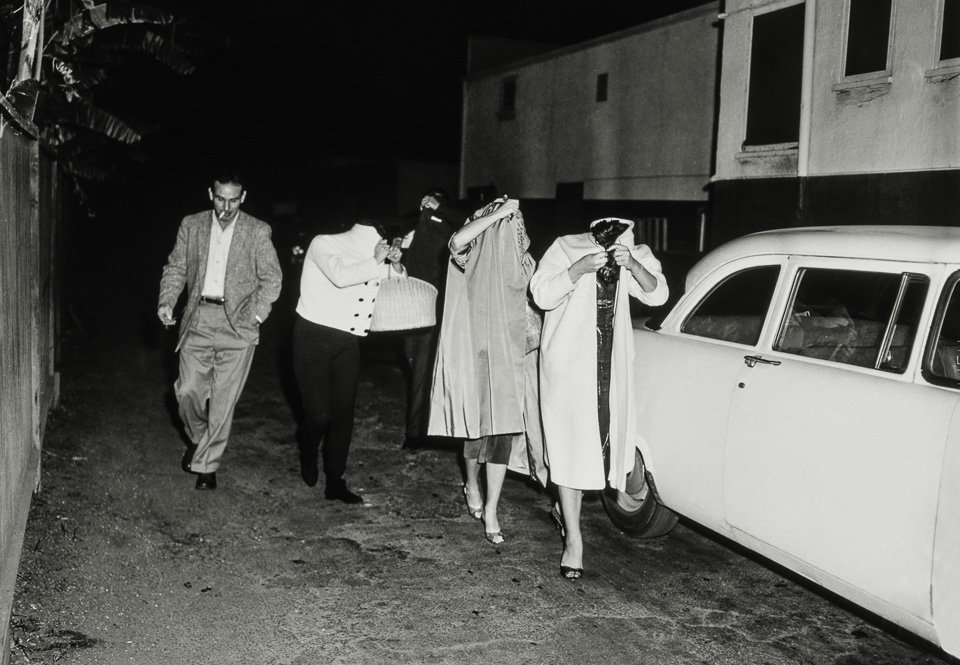 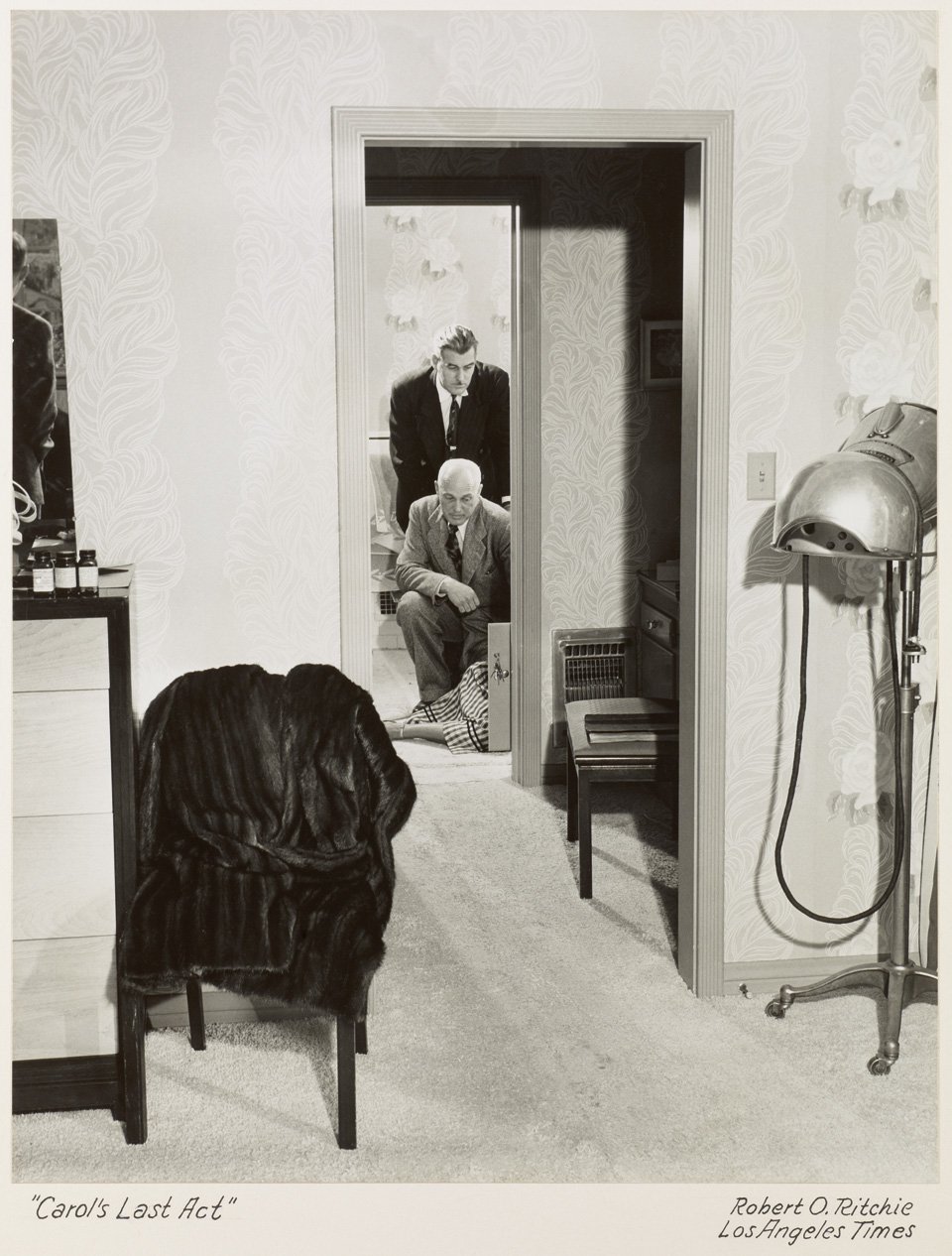 Detectives hover over the body of actress Carole Landis, who, after a roller-coaster life of depression and failed marriages, overdosed on Seconal, 1948. Copyright: Jim Heimann Collection / Courtesy TASCHEN 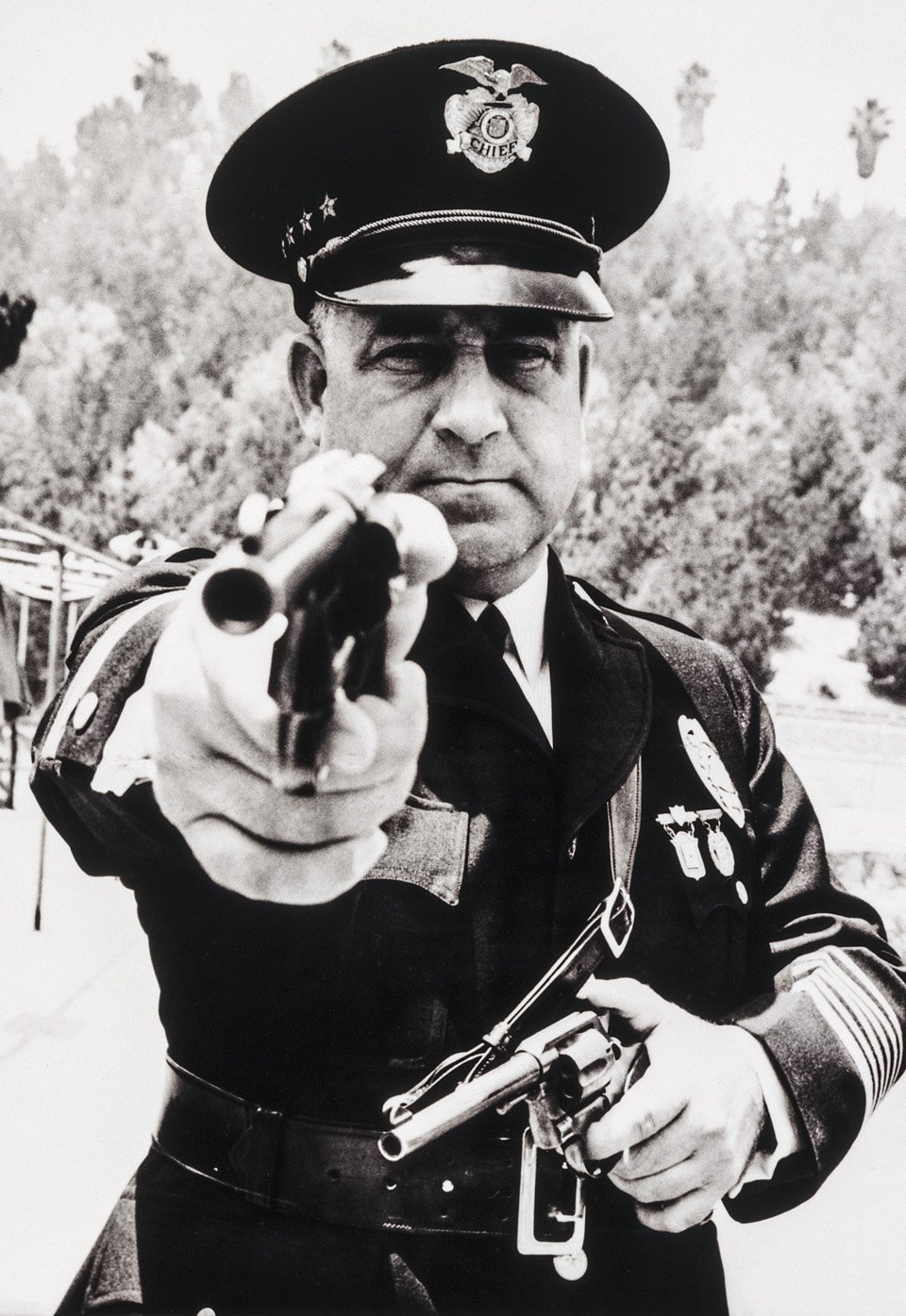 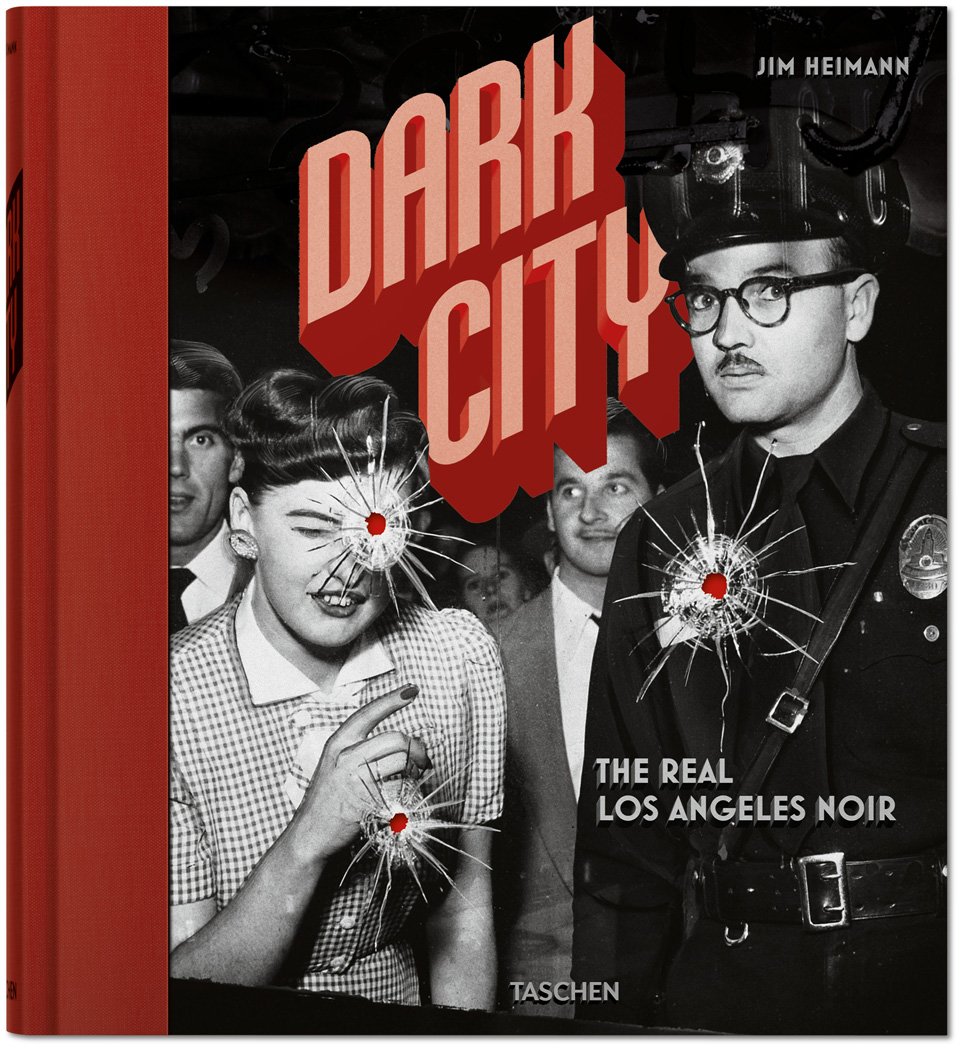 Linkedin
RELATED ARTICLES
OTHER ARTICLES
Freddie Miller’s new series of photographs investigates who today’s trainspotters are and what drives their unfettered enthusiasm.
Proposals to introduce a minimum GCSE threshold for student loans will disproportionately affect those from marginalised backgrounds.
For decades, an area of East London has served as a community hub for Vietnamese people looking for a taste of home.
Photographer David Hoffman recalls documenting the extreme wealth inequality around Tower Hamlets and Hackney int the 1980s.
A new edition of a seminal book brings together iconic images of the band onstage in their full glory and backstage in moments of unguarded camaraderie.
The overlooked story of Leicester’s inaugural Pride march is a reminder of the power of collective resistance in the face of far-right bigotry.