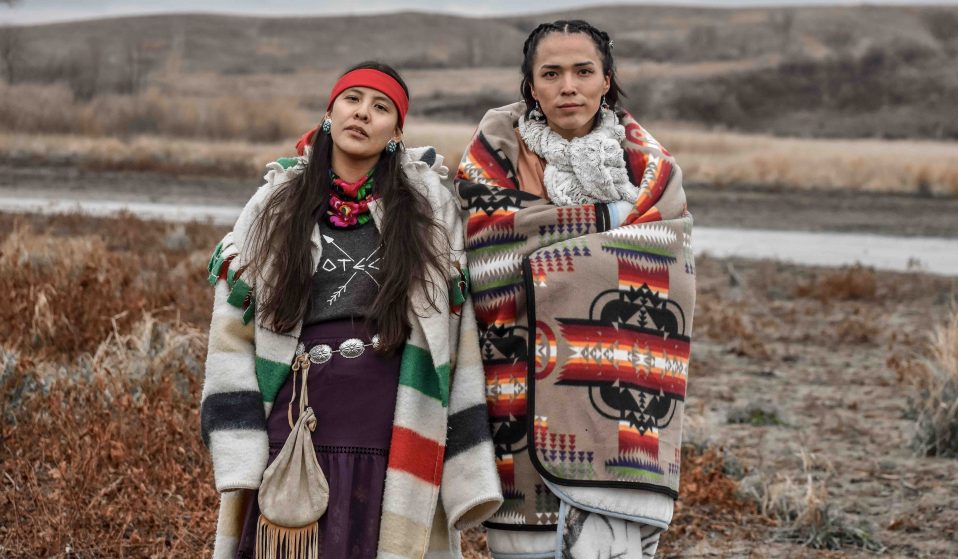 Photographer Ryan Vizzions looks back on one of the largest protest movements in American history: what’s changed since, and what he hopes will come next.

Photographer Ryan Vizzions looks back on one of the largest protest movements in American history: what’s changed since, and what he hopes will come next.

From April 2016 until March 2017, one of the largest protest movements in American history took place on the plains of North Dakota at Standing Rock reservation. Over 15,000 people, including members of more than 300 recognised tribes, gathered at resistance camps to protect the water supply of more than 17 million people from the construction of the Dakota Access Pipeline (DAPL).

Like many outsiders, photographer Ryan Vizzions first became aware of the movement that September when Democracy Now! broadcast video of the DAPL attacking unarmed Native Americans with dogs and pepper spray. “Being from Atlanta, it echoed the Civil Rights era, so I wanted to understand more,” Vizzions says.

After visiting Oceti Sakowin camp, Vizzions made the decision to quit his job and dedicate himself to the cause that October. Later that month, there was talk of a police raid on 1851 Treaty Camp, just one mile north. At 10:30 on the morning of October 27, they finally arrived. Vizzions rushed up to the front lines where he just in time to photograph a peaceful protester on her horse, watching the full display of US militarization in support of DAPL. 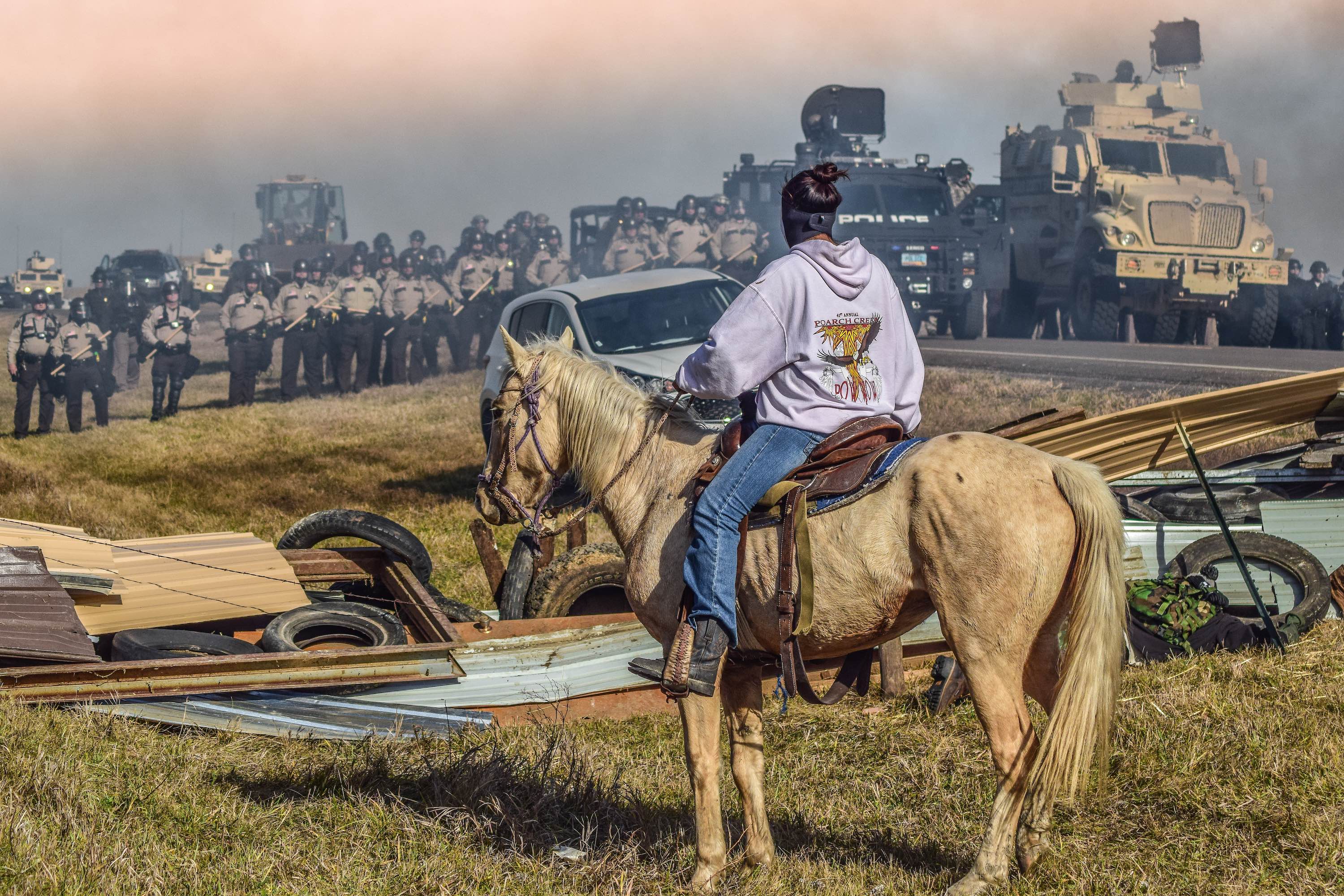 Vizzions titled the photograph “Defend the Sacred” and posted it to a Facebook page with 400 followers. It immediately went viral. After working in the media tent for 18 hours a day, Vizzions recognised he could better serve the movement taking photographs of the actions and life at camp.

When the movement ended, Vizzions left Standing Rock with 40,0000 photographs, a profound sense of connection to the people and their mission — and a target on his back. When disinformation campaigns had been created to smear his name, he fought back, uncovering the identities of mercenaries working for DAPL.

“When you start exposing ex-Blackwater dudes, they don’t like that,” Vizzions says. “They want to be the people in the shadows. That’s where I had to go into hiding.” 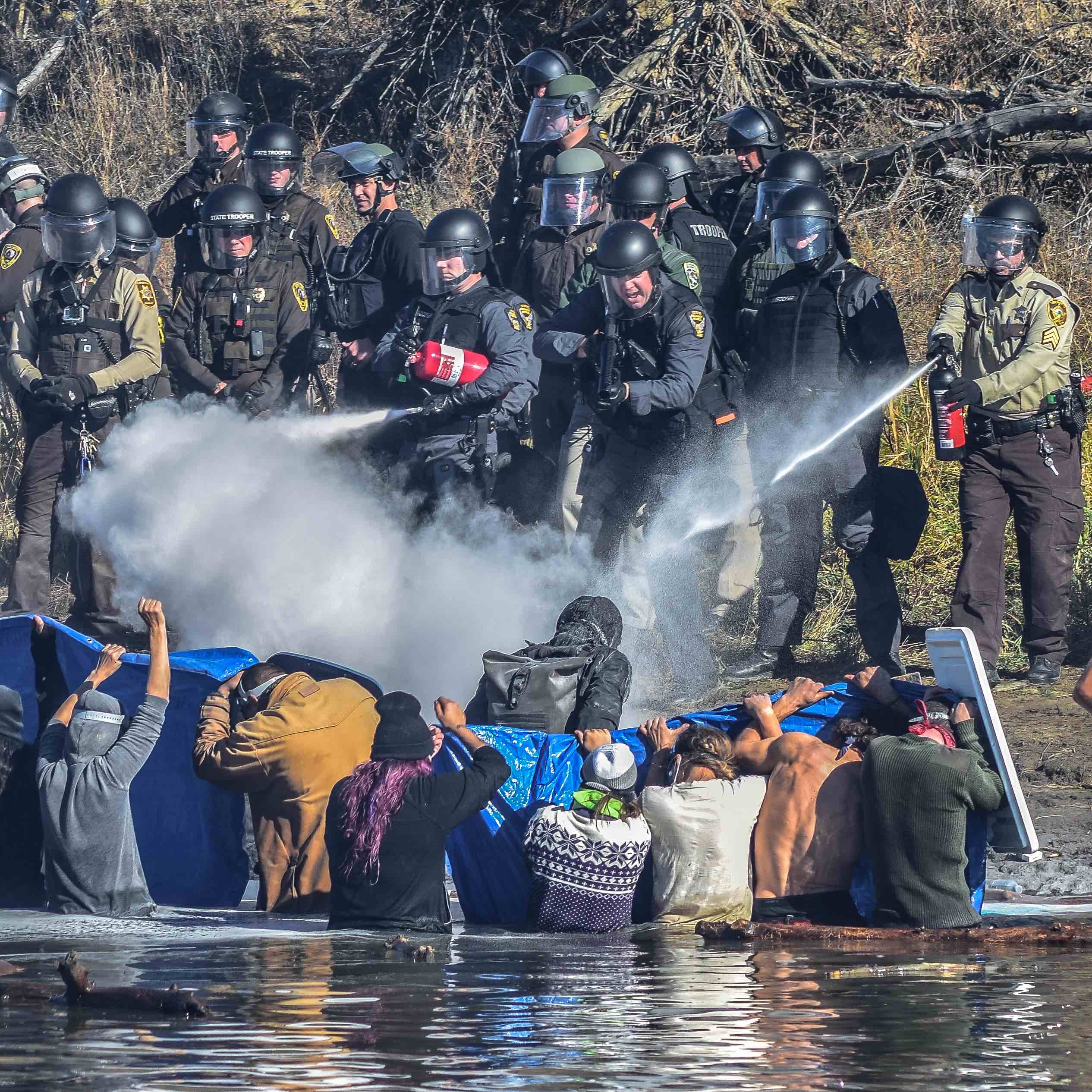 Protesters face off with police and the National Guard on February 1, 2017, near Cannon Ball, North Dakota

“My death threats didn’t end when the camps ended. I was no longer protected in the camp. Even there, I wasn’t allowed to go anywhere by myself. I wasn’t prepared what happened to me but I knew I wasn’t going to back down from it.”

Working with the guidance of the leaders of the movement, Vizzions persevered:  “A lot of people consider me family. To have a community of people trust me and love me, I am obligated and want to continue to stand.”

“A lot of people came to Standing Rock and came home to nothing: no job or home,” Vizzions says. “800 people were arrested. I saw people do heroic things out there. I owe it to the people that allowed me to take their photos and help tell their story. I can’t give up. The fight isn’t over.” 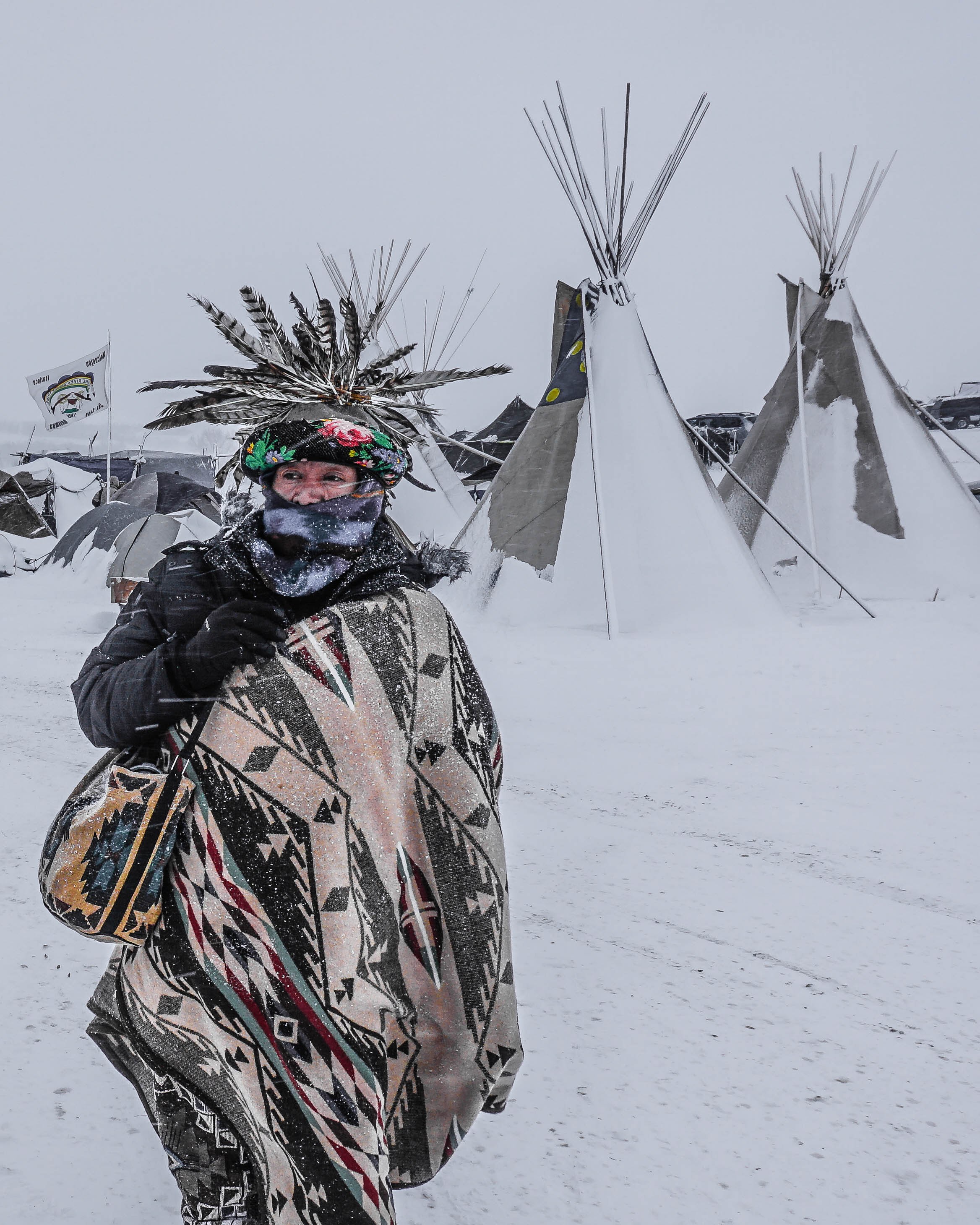 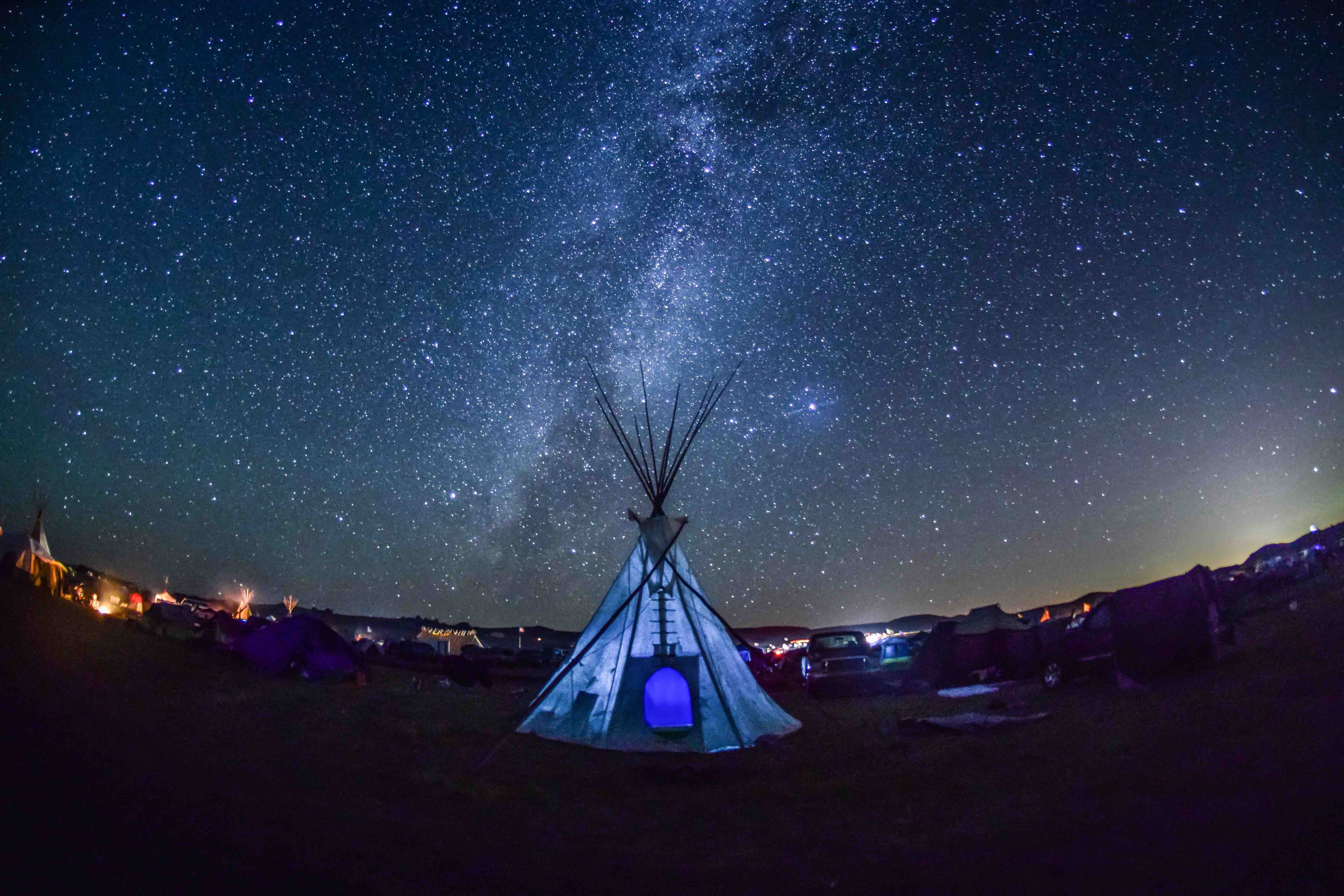 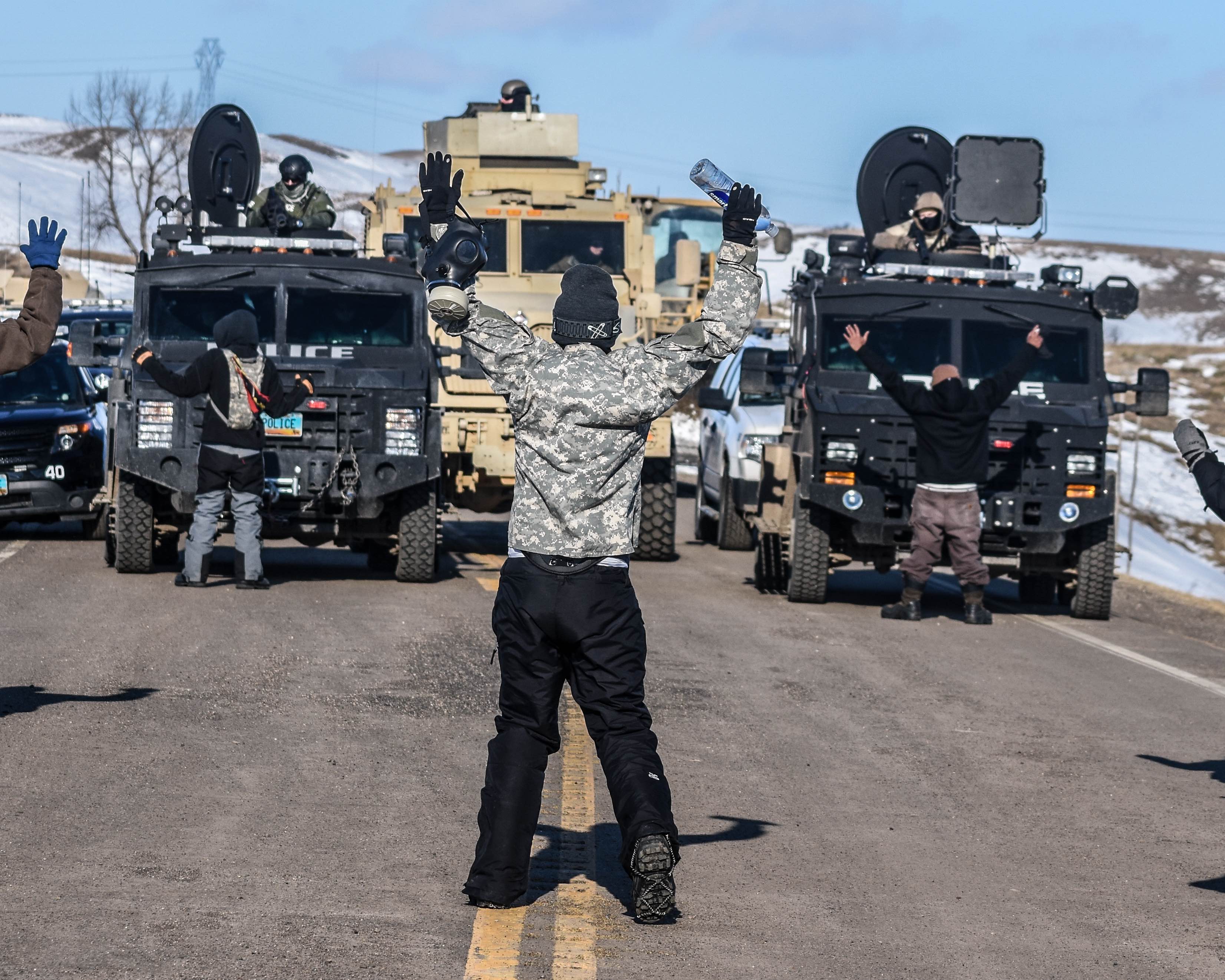 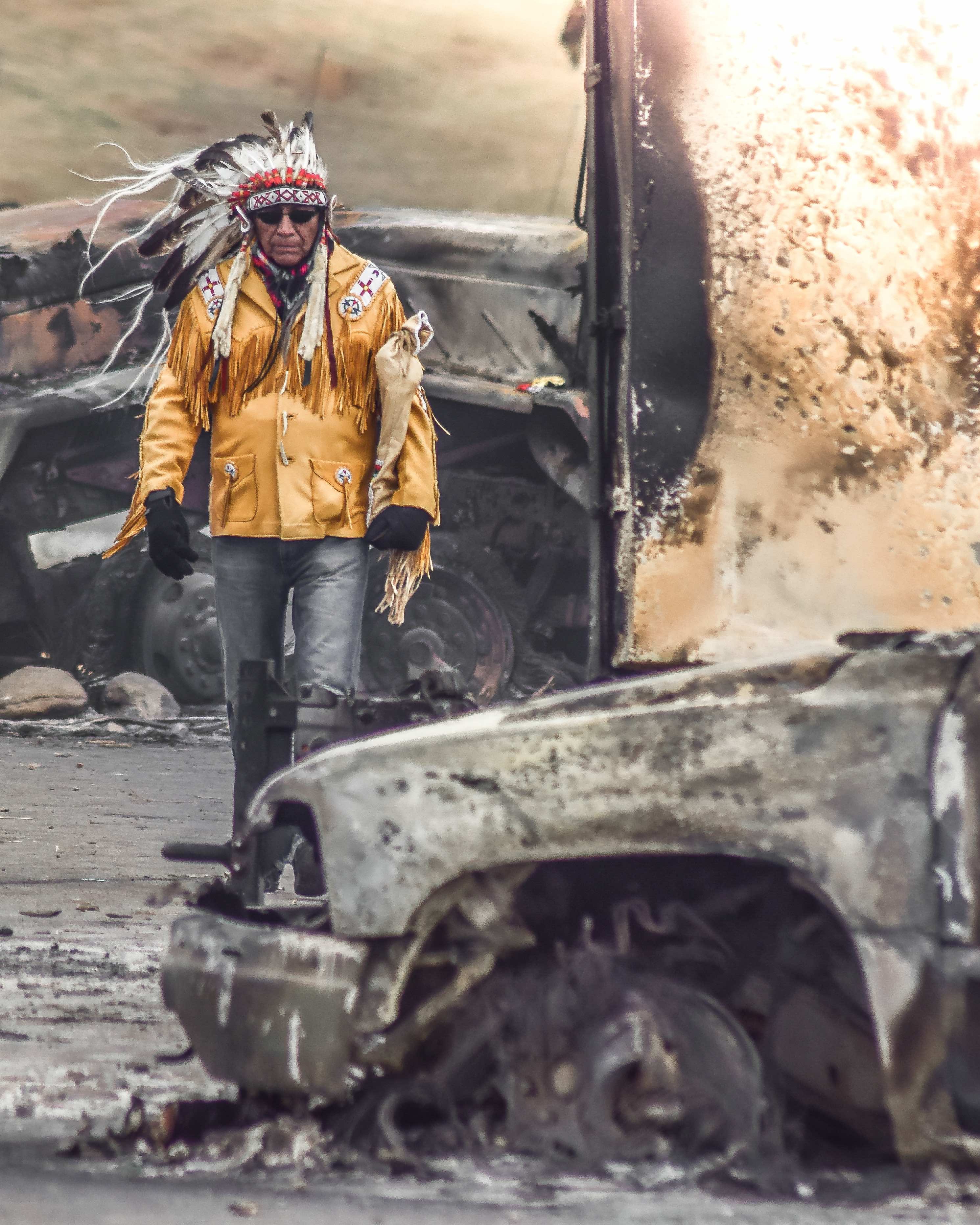 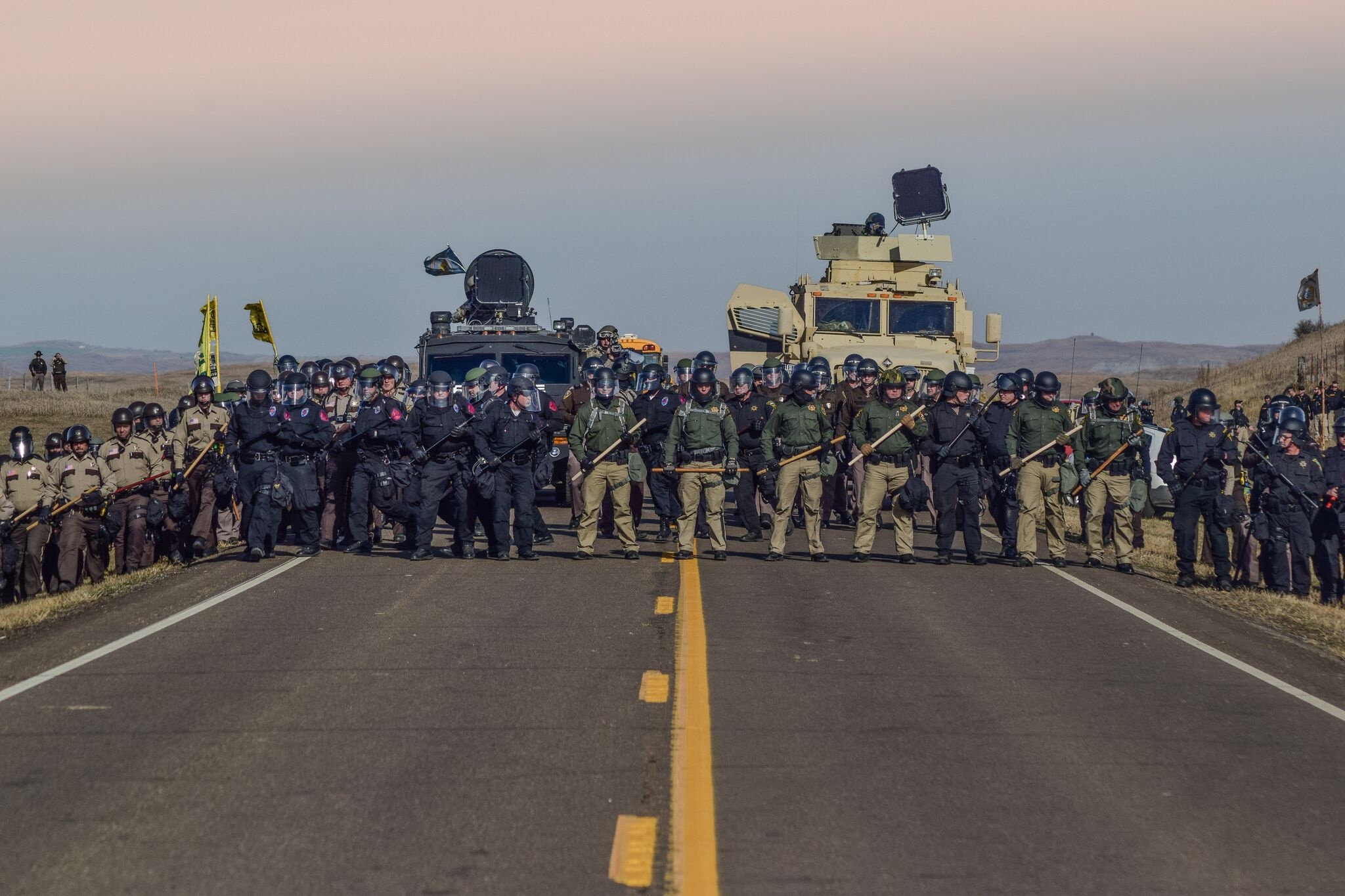 Police line during the sweep of Treaty Camp, north of the Standing Rock Sioux Reservation, October 27, 2016 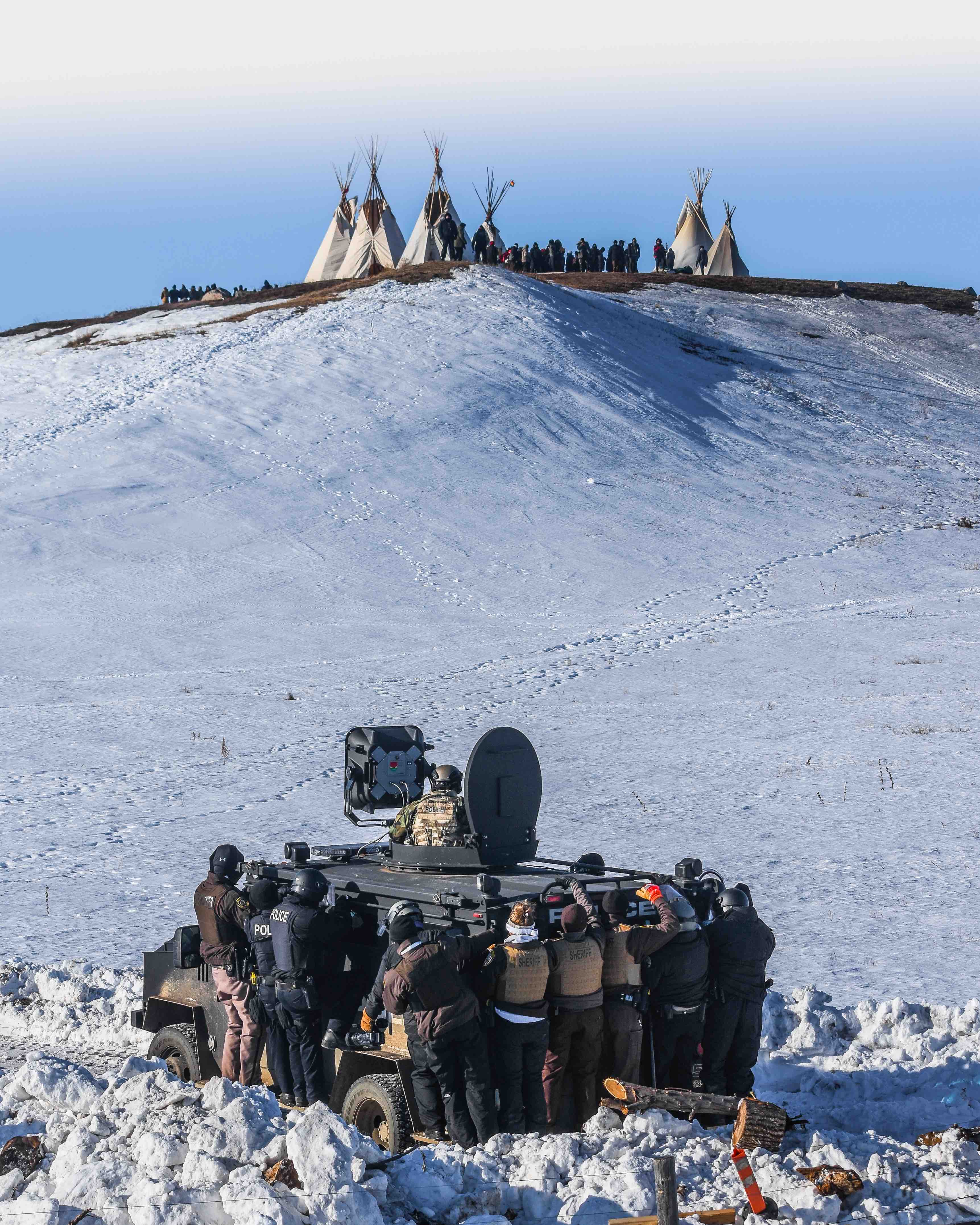 Photographs from Ryan Vizzions: No Spiritual Surrender: A Dedication to Standing Rock will be view at Monroe Gallery during The Photography Show presented by AIPAD (April 4–7). He will be signing books on Friday, April 5 at AIPAD. A second signing will be held April 12 at Monroe Gallery in Santa Fe.

Linkedin
RELATED ARTICLES
OTHER ARTICLES
With skyrocketing rents, packed out viewings, bidding wars and more, renting in London has never been harder.
Financial turmoil is pushing people who work in the sex industry into more dangerous and desperate situations as a means of survival.
Birdy Chu reflects on documenting the historic moment in which the territory was formally passed back from the UK to China.
A group of young Palestinians have found temporary freedom in the act of parkour, reimagining wreckage and ruins as a series of high-octane playgrounds.
By turning a real-life crisis into daytime television fodder, TV bosses have once again shown themselves to be completely out of touch with audiences.
Thousands attended the annual event this year to wheelie through the city and call for ‘knives down, bikes up’.