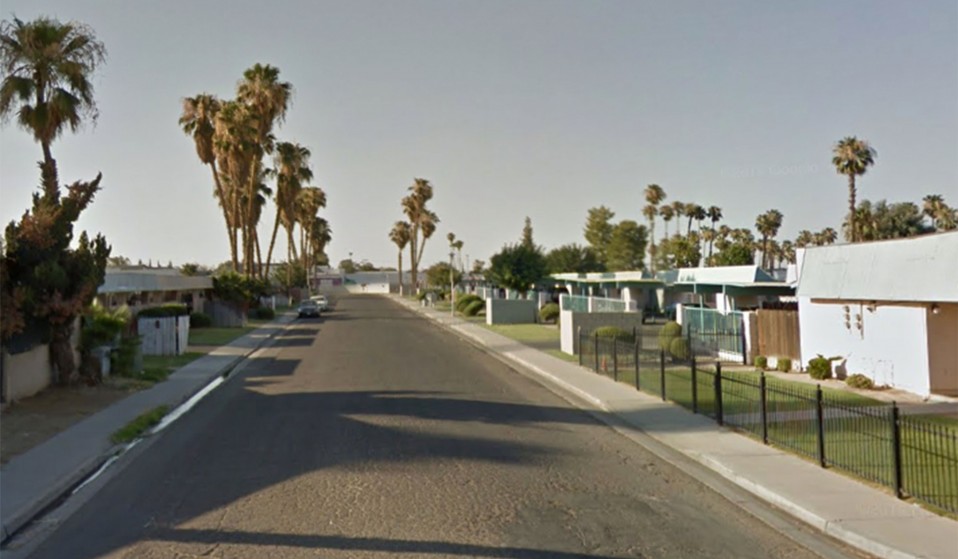 Photographer Michael Zbieranowski’s Someplace Else project breaks into Instagram feeds to remind us just how commonplace and everyday shootings in the US have become.

Photographer Michael Zbieranowski’s Someplace Else project breaks into Instagram feeds to remind us just how commonplace and everyday shootings in the US have become.

“Each time we see one of these mass shootings, our thoughts and prayers are not enough,” President Obama said after a gunman killed nine people at an Oregon community college in October. “[It] does nothing to prevent this carnage from being inflicted someplace else in America – next week, or a couple of months from now.”

In his speech, Obama also asked people to look at the statistics on how many people are killed daily by guns in the US. Photographer Michael Zbieranowski did just that and the figure shocked him: 34. “I wanted a project that shares that feeling with people,” he explains.

Borrowing a phrase from Obama, Michael started the Someplace Else project, which uses Google Street view to post a picture of each fatal shooting in the US on Instagram in real time. “Keeping these images appearing in a feed that constantly updates itself reinforces that same feeling of shock I felt when I first found out how regular it is. The idea is to show the streets, the neighbourhoods and the towns where this is happening. And it’s not next week, it’s not a couple of months away – this happened yesterday, and this will happen again tomorrow.” 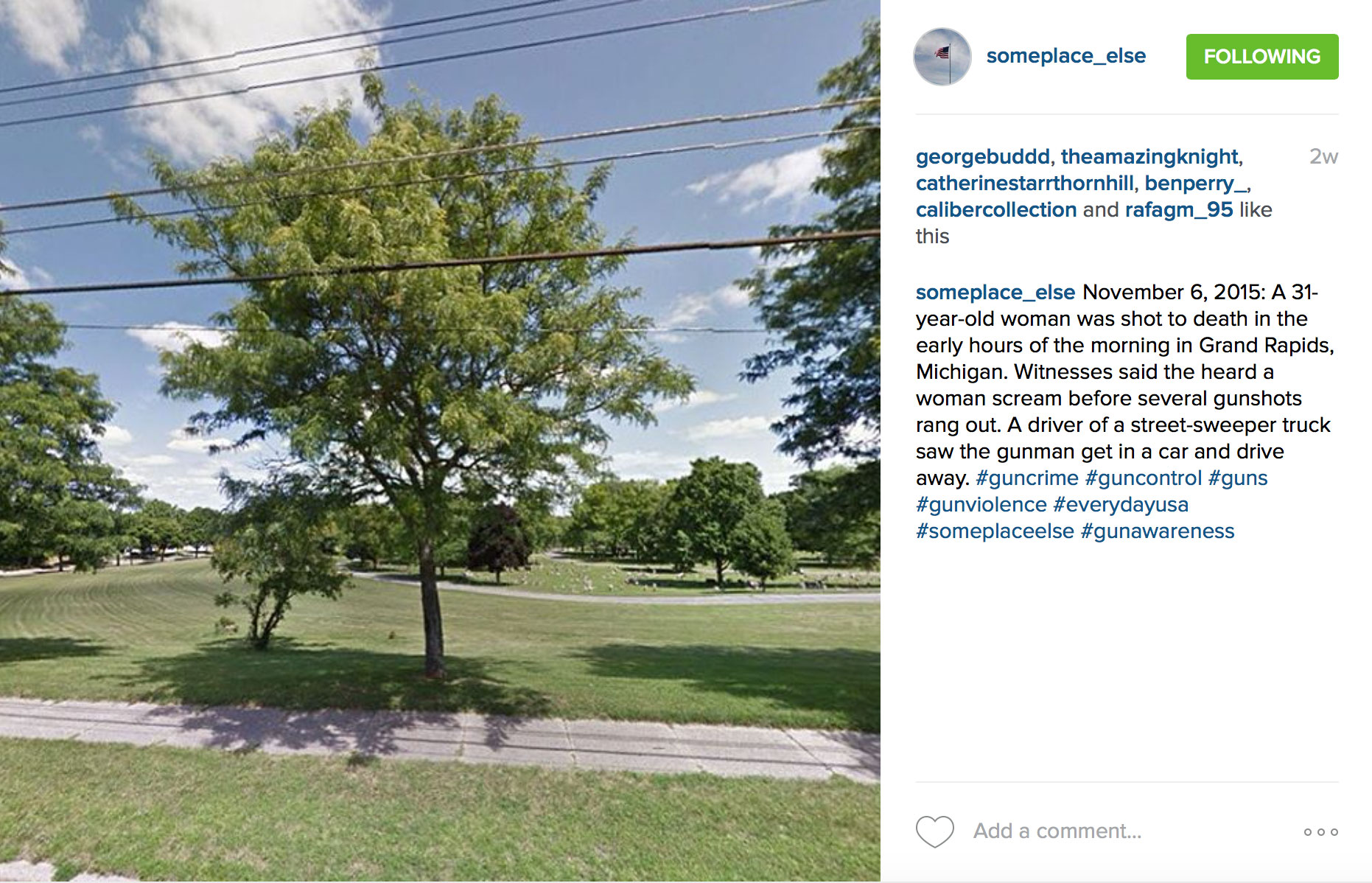 Sunday’s machine gun battle at a New Orleans park, in which 16 people were injured, made headlines around the world. “It’s important these things are reported internationally so we can have a global conversation about gun violence in the states,” Michael explains. “But what about the fourteen-plus people who die on average each day but in separate incidents across the country? Household guns, domestic violence, accidents, suicides, homicides or police killings. We haven’t heard about those through the same outlets, and that’s very much the idea behind this project.”

Michael uses the database at gunviolencearchive.org along with local news sources to work out where each shooting took place. He puts the archive’s geolocation information into Google Street View, then takes a screenshot of each shooting site and posts it to Instagram, publishing three days after each reported incident. 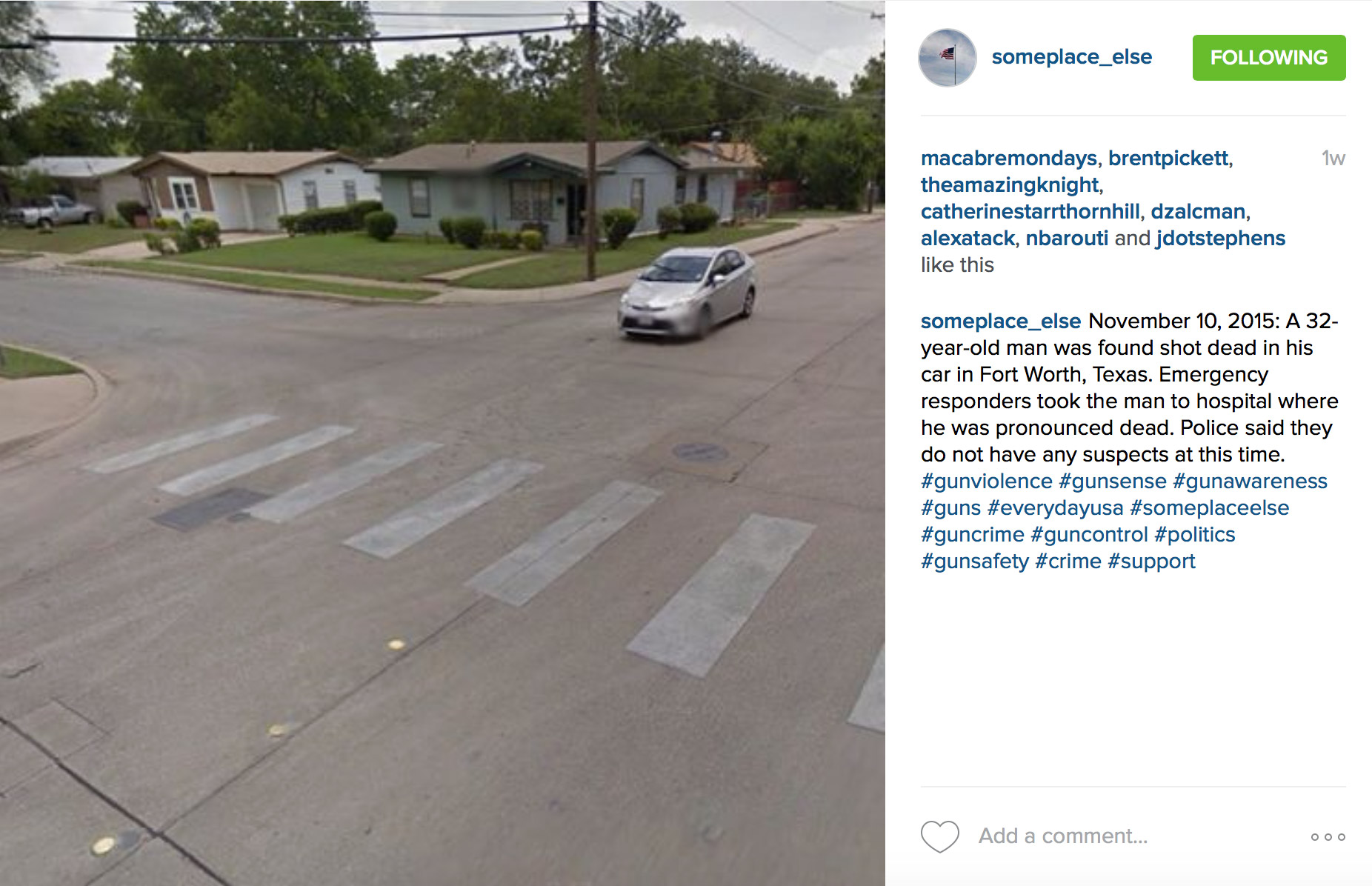 “On the surface they sit in with the stream of everyday images but that sobering message comes through in the caption,” Michael explains. “It plays on people’s expectations of what they’re going to see on Instagram. Some of the images themselves might look something you’d see on Instagram, but then the message reveals itself.”

Michael uses hashtags such as #everydayAmerica to get his images into people’s feeds as they’re browsing. “It’s about getting people to see these incidents aren’t happening in abstract locations,” Michael explains. “They’re happening in places that people are familiar with. The more people recognise the everyday, the commonplace nature of this, I think it will put more pressure on for gun control.” 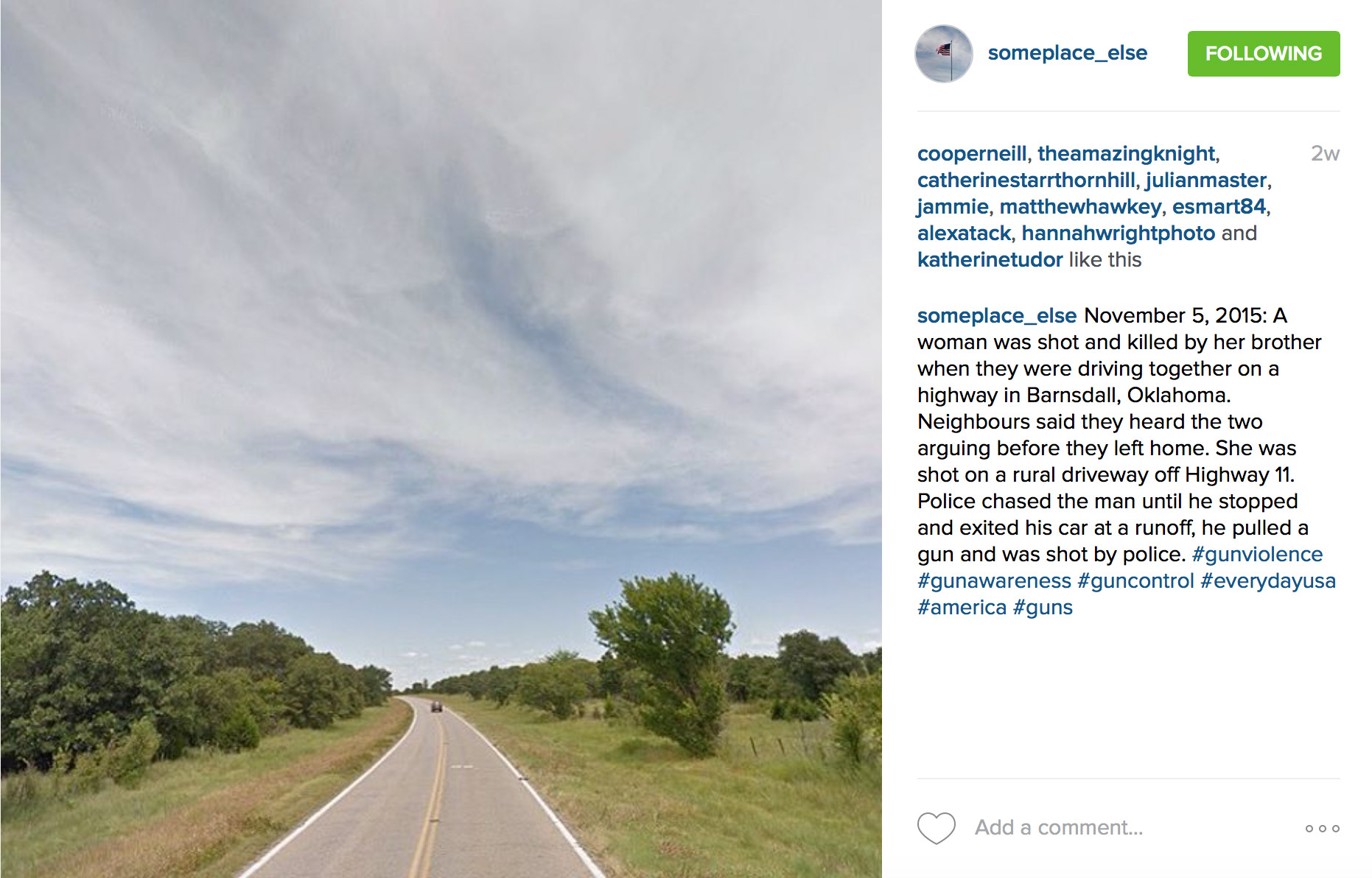 A Press & Editorial Photography student at Falmouth University, Michael was inspired by the use of photographs to record violence after the act – since the birth of the medium. Alexander Gardner’s shots of American Civil War battlefields in the 1860s are some of the earliest examples, but photography continues to carry out this role today.

But with Someplace Else, there’s a twist: “The idea is these images challenge that evidential role of the photograph and they encourage more of an alternative reading of that event,” he explains. “The interesting thing about Street View is that those images were captured by the Google automated camera months or even years before the violence happened. But here it’s flipped: when you look at the images you’re seeing locations, waiting for trauma to happen, but at the same time it has already happened. So it builds that feeling of futility and we recognise our impotent response to the issue.”

Linkedin
RELATED ARTICLES
OTHER ARTICLES
The government’s failure to take long Covid seriously has led to the formation of a group campaigning for the thousands of forgotten victims of the illness.
While protests over abortion rights rage in the US, access to abortion services is still almost nonexistent in parts of the UK.
After news broke last week around an expected reversal of the 1973 landmark law that made abortion legal in the US, protestors gathered in the UK in support of American women.
A group of Ukrainians living in Poland are helping Ukraine withstand Russia’s brutal invasion by buying supplies and shipping them directly to the war’s frontlines.
New legislation is set to make it more difficult to hold Israel accountable for its human rights abuses.
In the latest OFFF Dispatch, the enigmatic designer dives into his process, connecting the dots between his unique and varied creative output.