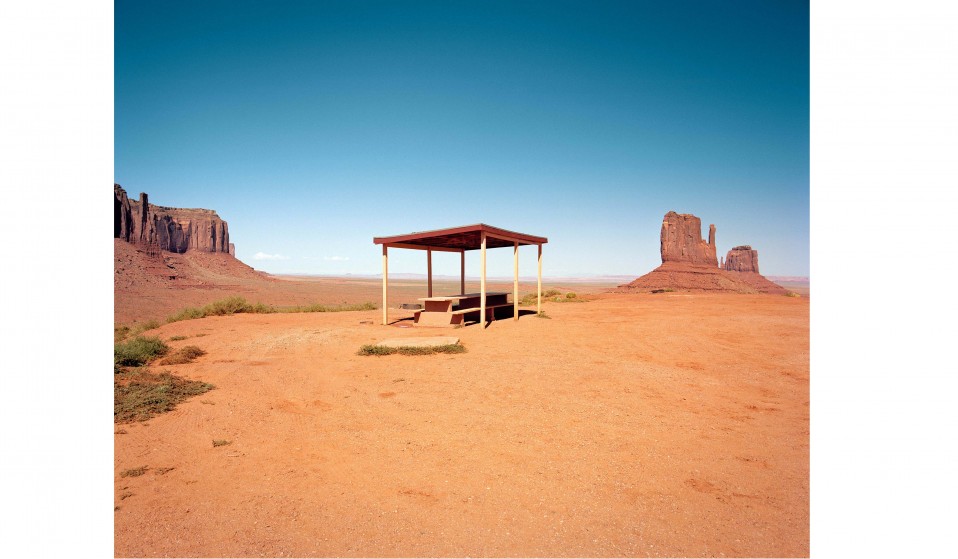 Photographer Ryann Ford set out to document the lost world of rest stops before they all disappear.

Photographer Ryann Ford discovered the lost world of rest stops while road-tripping along historic Route 66. So she set out to document them across the country before they disappear.

Route 66’s open stretches of blacktop and vast vistas have inspired countless travellers over the decades. But just as the golden age of car travel has passed, so too has the heyday of this storied highway. So, what strikes travellers who follow its path through the American Southwest today?

For photographer Ryann Ford, a trip down Route 66 opened her eyes to a lost world of Americana, forgotten at the roadside: rest stops. The Last Stop: Vanishing Rest Stops of the American Roadside catalogues Ryann’s journey across the States in search of more of these the quirky and playful or damaged and decaying mid-century relics.

With new high-speed highways and countless commercial options at nearly every exit, the free and public rest stops of yesteryear are no longer seen as necessary. Many are being closed and scheduled for demolition but Ryann set out to capture as many as she could before they disappeared. Crisscrossing the country, she documented the rest stops’ eye-catching design and re-awoke a moment in American history when the journey was as important as the destination itself – and when you could stop to take in your surroundings without being sold anything. 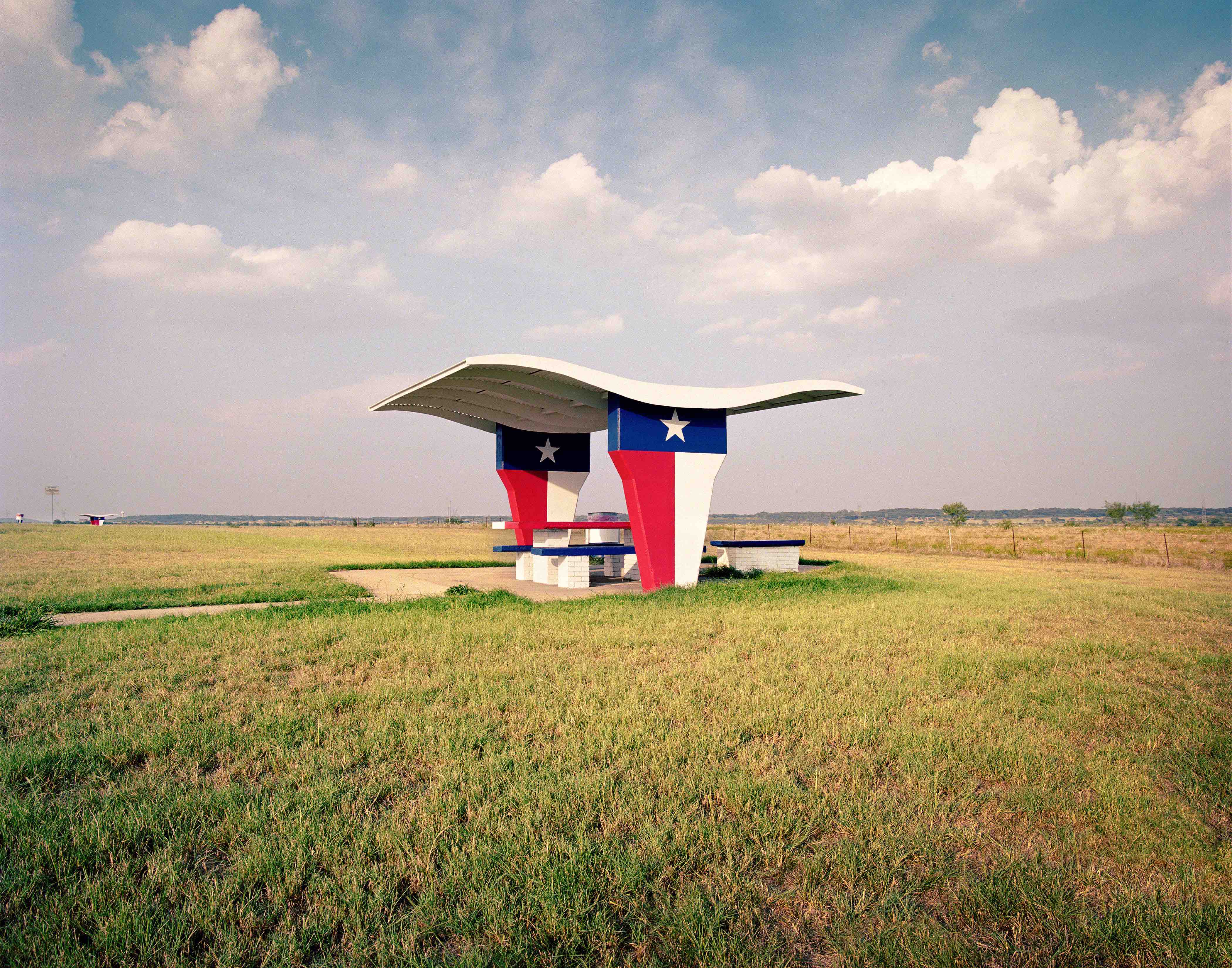 Tell us about your experience on Route 66. Does it still hold the magic of yesteryear?
Traveling Route 66 is still quite the experience today. One aspect that I found very interesting was that it’s not easy to drive Route 66 from end to end (Santa Monica, CA to Chicago, IL). In 2007, when I moved from Southern California to Austin, TX, I thought it would be a great opportunity to do the legendary Route 66 road trip.  I bought three different guide books to get ideas of places to stop, places to eat, etc., and thank goodness I did. I was under the assumption that you could just jump on the highway and drive until you reached Chicago.

There are many sections of the road that don’t exist any longer, so you’re constantly jumping between old Route 66 and Interstate 40, which loosely runs parallel to the old road. You’ll be driving along and suddenly come to a dead end, forcing you to back track, or the road could suddenly turn to dirt, or there may be a fork in the road and you’re not sure which way to go. I was constantly referencing the three different guidebooks to figure out which way to go. Of course, all of this is half the fun, though!

Besides California and Texas, 66 takes you through Arizona, New Mexico and Oklahoma. It was really interesting to see how some states really embrace the history of Route 66 and other states have almost let it be forgotten. In my opinion, Arizona does a great job promoting the old road and preserving the old stops. If you are going to make the trip, do it up all the way: eat at all the old diners, stay in the iconic motels and visit all the roadside attractions. There’s nothing like eating greasy, bacon-flavoured cheeseburgers, sleeping at the Wigwam Motel and visiting The World’s Largest Ball of Twine. 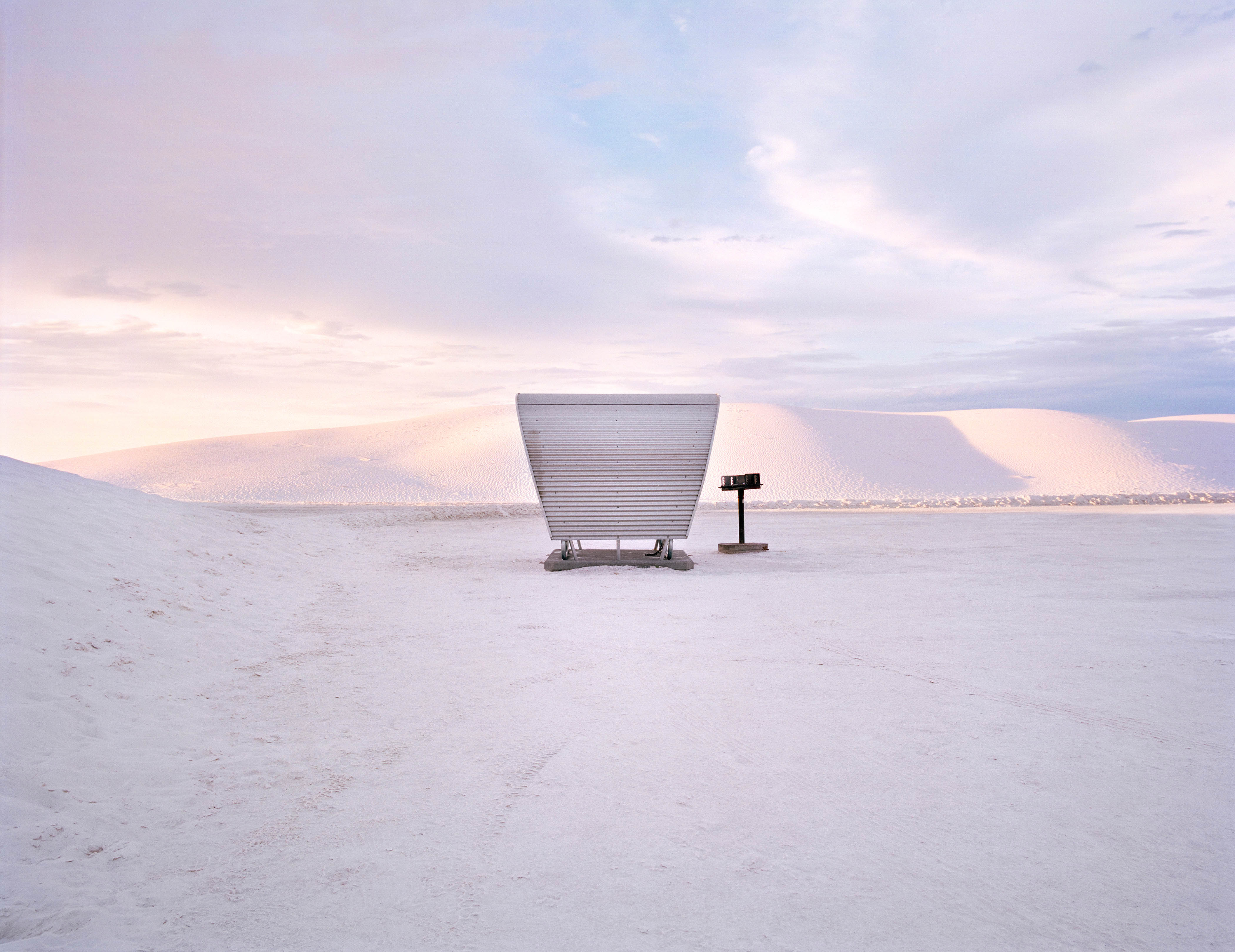 To what extent are these stops threatened? Some look quite well-preserved?
With endless commercial options at nearly every highway exit, there are many that feel that these old stops are no longer necessary. The old stops just can’t offer the amenities that say, a Bu-cee’s, offers. When travellers are offered clean restrooms, Wi-Fi, and 25 different flavours of coffee, not many are going to choose the old roadside picnic area, hardly offering a toilet.

It’s difficult for states to justify the tens of thousands of dollars a month required to mow the lawns and empty the trash cans, so unfortunately a lot of these old stops are being closed and demolished. I’ve even seen stops that seem very well preserved and well kept vanish overnight. It’s as if their historical and architectural significance is irrelevant, I wonder if it was even considered? Since I started this project in 2008, I’ve seen dozens and dozens of these stops vanish, and they are still vanishing today. 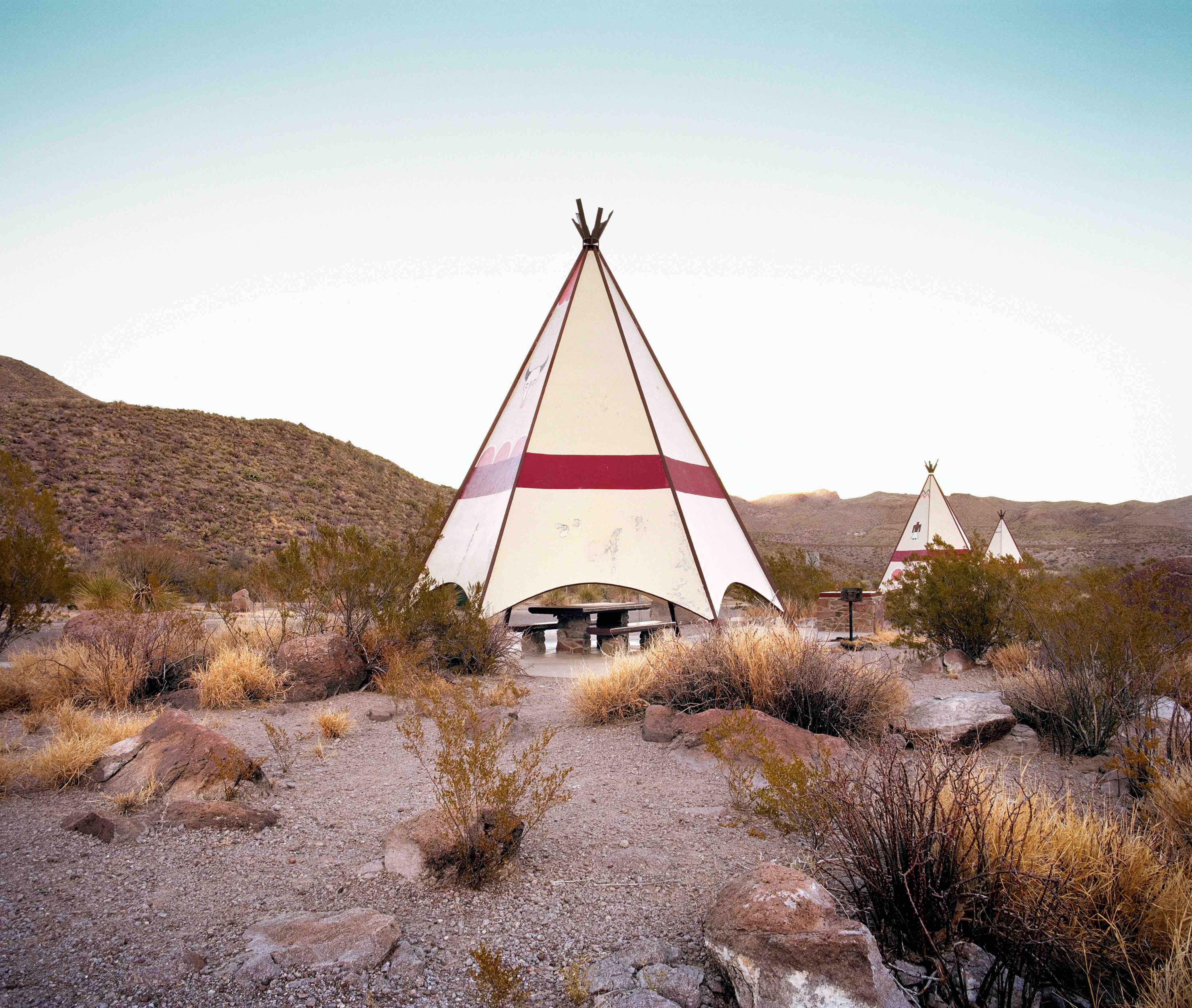 The golden age of car travel may be behind us, but do you feel the golden age of the road trip has passed too?
In a way, I feel like the road trip is experiencing a second “golden age”. I think Instagram has really glamourised the open road. The most popular Instagram accounts feature photos of adventure on the open road, and many of us find ourselves dreaming of slowing down, unplugging and getting away from it all. I think many of us are lusting for a simpler time, and feeling nostalgic for the past. 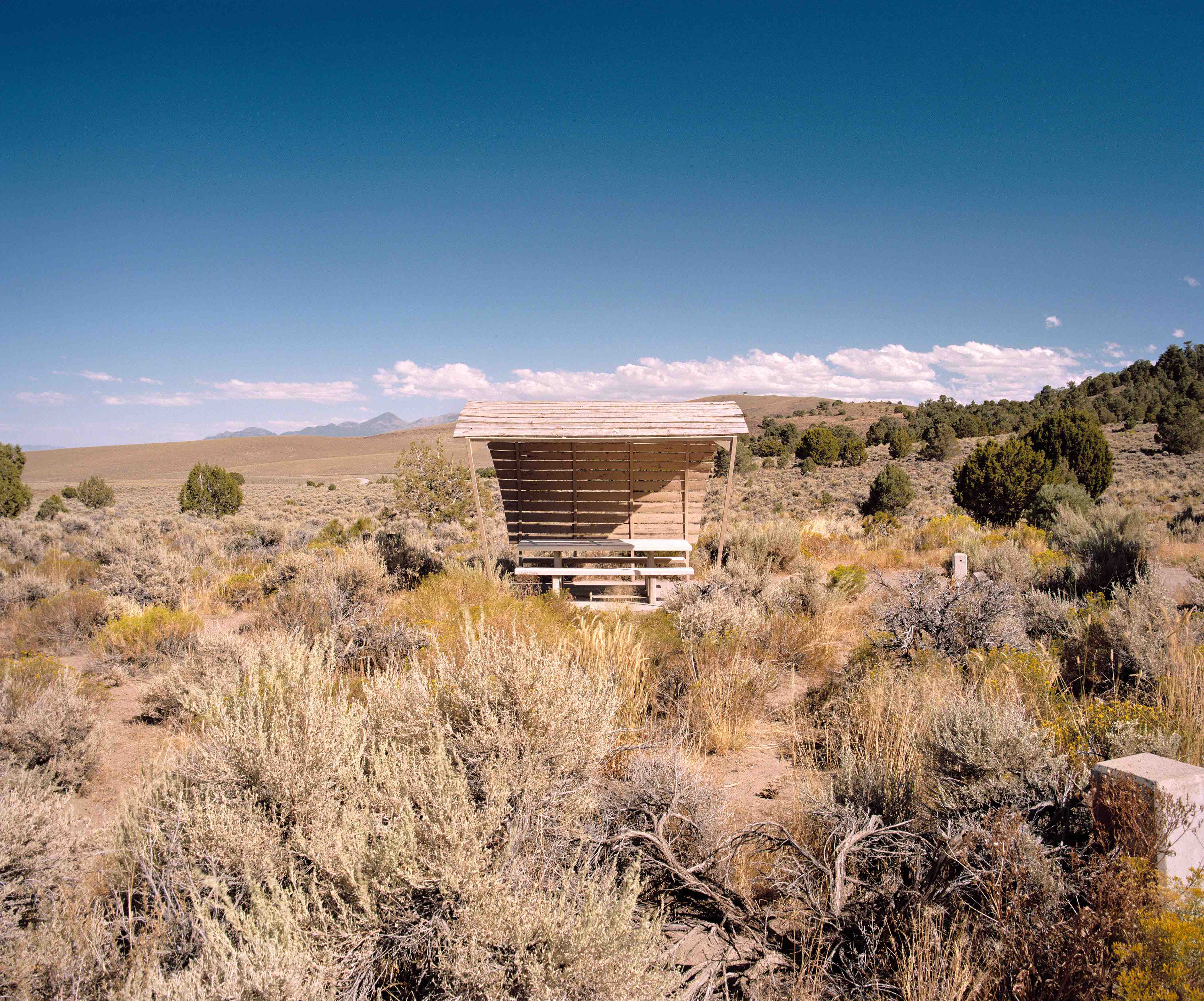 Could you tell a story behind creating one of the images in The Last Stop?
My favourite stops to shoot were the closed, abandoned ones. I love breaking rules and sneaking into places, and I love photographing in seclusion. When a rest stop is closed, barricades or gates are placed across the highway exit ramp, making it impossible to drive into the stop. When I’d come across a closed stop that looked like it was worth photographing, I had two choices: park my car on the side of the highway with the flashers on, making it look like I broke down (since you can’t technically park on the side of the road on the large highways), or check the Google Earth view, looking for a road that might take me around back. The second option was usually the better option, but wasn’t always available.  When this option wasn’t available, I had no choice but to “break down” on the side of the road, and then walk into the rest stop, hoping no one, especially a cop, would see me.

Since a large part of this project was the fact that these stops were being closed, and usually demolished soon after, I felt that the most important stops to photograph were these abandoned stops. My favourite abandoned stop was one in Oklahoma. It looked like it had been closed for years, as there were giant trees that had fallen over on the covered tables, which happened to be shaped like teepees and a classic example of roadside Americana. It was so beautiful and quiet back there, no one walking their dog through your shot, or sitting down at the picnic table you’re trying to take a photo of. For some reason, they still haven’t demolished this stop, and I think most of the travellers speeding by it on the highway don’t even notice the little teepees hidden back in the trees. 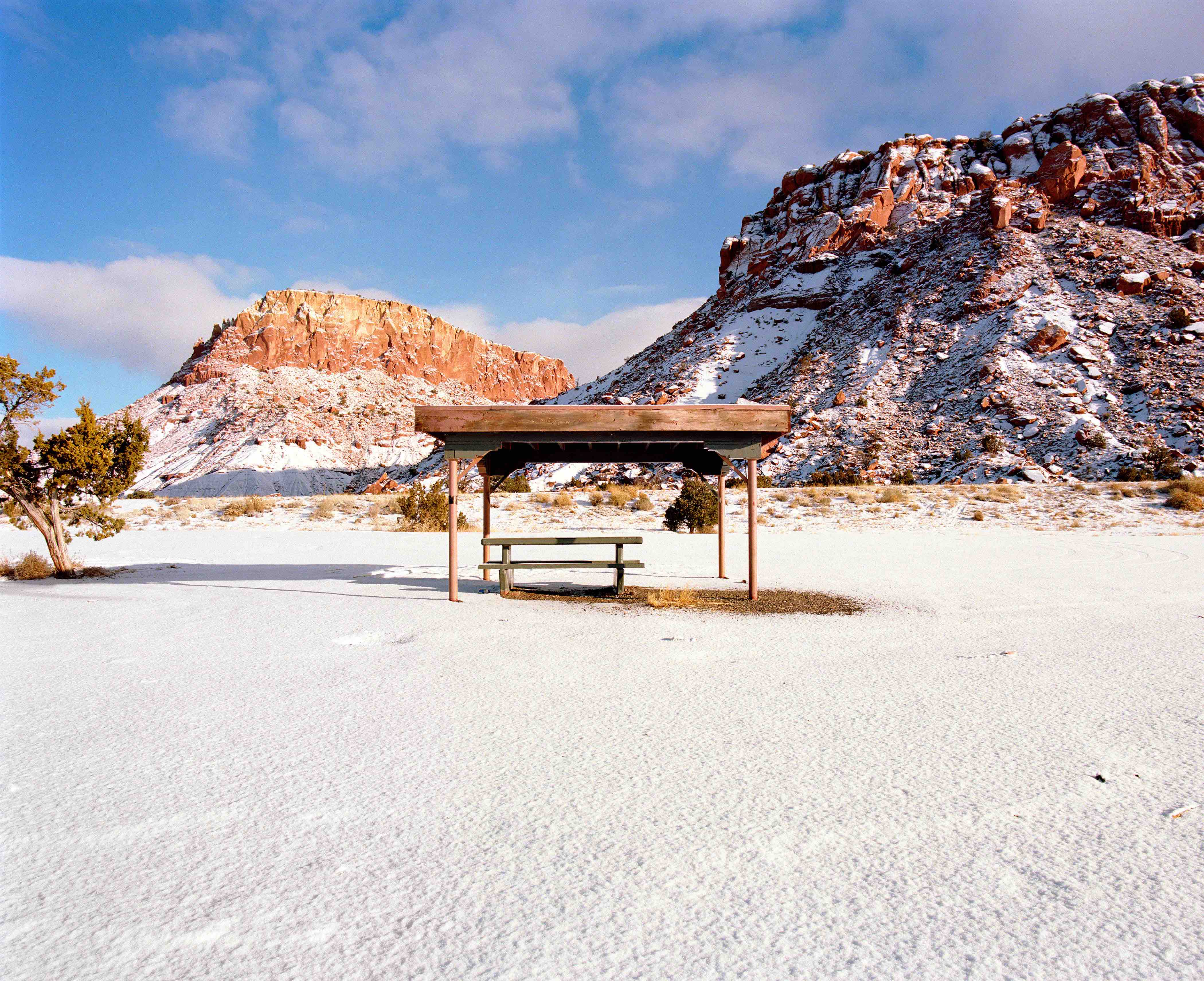 What impact do you hope the project has? Is there any call to action in there?
To be honest, a call to action, or saving the rest stops was never my intention when I started this project. I simply set out to create interesting portraits of these humble stops and create an archive, as I knew they wouldn’t be around forever. I knew it would be difficult if not impossible to save them, but at least their existence would be preserved with this book. Most people fly by these stops and only know of them as a blur out the car window. I hope to show viewers something that many have forgotten or didn’t realise existed. Many assume rest stops are just dirty toilets and semi-truck parking lots, and when they see the photos, they are stunned to see how beautiful and quirky they really are.

Linkedin
RELATED ARTICLES
OTHER ARTICLES
Students are being left to languish in unsafe housing, in some cases leading to serious health complications.
Steel City is often overlooked when it comes to the country's cultural radar despite its role in shaping electronic music.
An abortion storyteller talks about the termination of her pregnancy and the harassment she’s received for sharing her story online.
Danny Burrows discusses his new series of images documenting an pacifist anabaptist community who lead an alternative way of life.
In the latest instalment of Photographers in Conversation, the creator talks portraiture, platforms and taking inspiration from Little Simz.
A new series of photos by Johny Pitts shines a light on communities and subcultures that have all too often been overlooked.