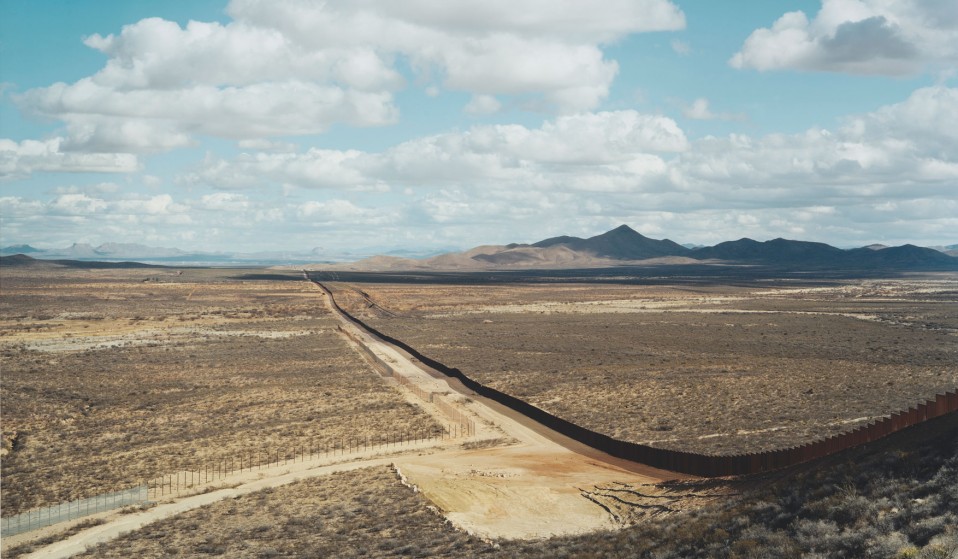 Victoria Sambunaris has been living out of her car for 16 years, chasing ever-changing visions of a complicated frontier.

Victoria Sambunaris has been living out of her car for 16 years, chasing ever-shifting visions of the American frontier. Using a 5x7 field camera and colour negative film, she's found a way to capture the face of a complicated frontier.

For the past 16 years I’ve been constantly on the road, travelling back and forth across the US – from New York to California, from Alaska to the Mexican border.

Through my work, which documents the country’s changing shape, I keep returning to the idea of how we incorporate ourselves into the landscape. But this work is no simple observation; it’s my life, my full existence. And it’s deeply personal, too.

I’m a first-generation citizen here. My parents came in the 1950s from Greece for the same reason so many immigrants come to the US: to pursue the ‘American Dream’. They came hoping for better opportunities; that their children would not get stuck in the factories, where they had spent their own lives, but rather in the corporate offices.

They wanted us to have ‘a real job’, a real house and a secure future. Of course, I took a different turn and didn’t pursue their dreams but my own. The idea of corporate America sparked my curiosity from a young age. I grew up in Lancaster, Pennsylvania: a manufacturing town surrounded by huge expanses of agricultural land. 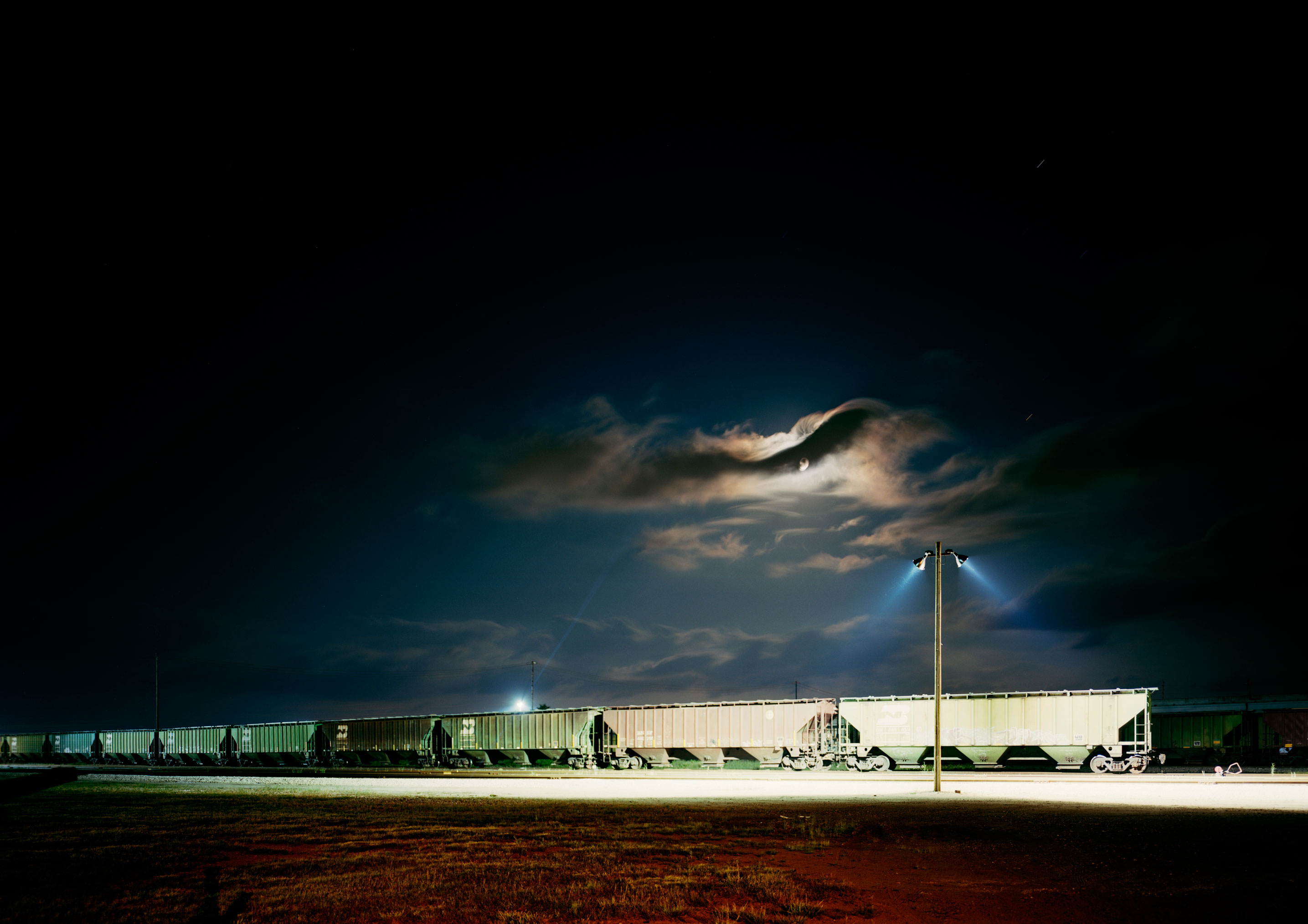 On the weekends, we’d drive for hours just to look at the landscape, which was inhabited by the Amish, or Pennsylvania Dutch, who reject modern conveniences such as electricity and cars to lead a simple life ploughing the lush, dark fields.

On Sundays, our pink Rambler station wagon would pass their horsedrawn buggies as they returned from church. Our family wasn’t so verbal but I was young and impressionable and those moments stayed with me.

Today, many of the Amish have moved on and their land has been developed into shopping malls and housing. Somehow, that early childhood memory – and the changing status of that land – has seeped into everything I do. 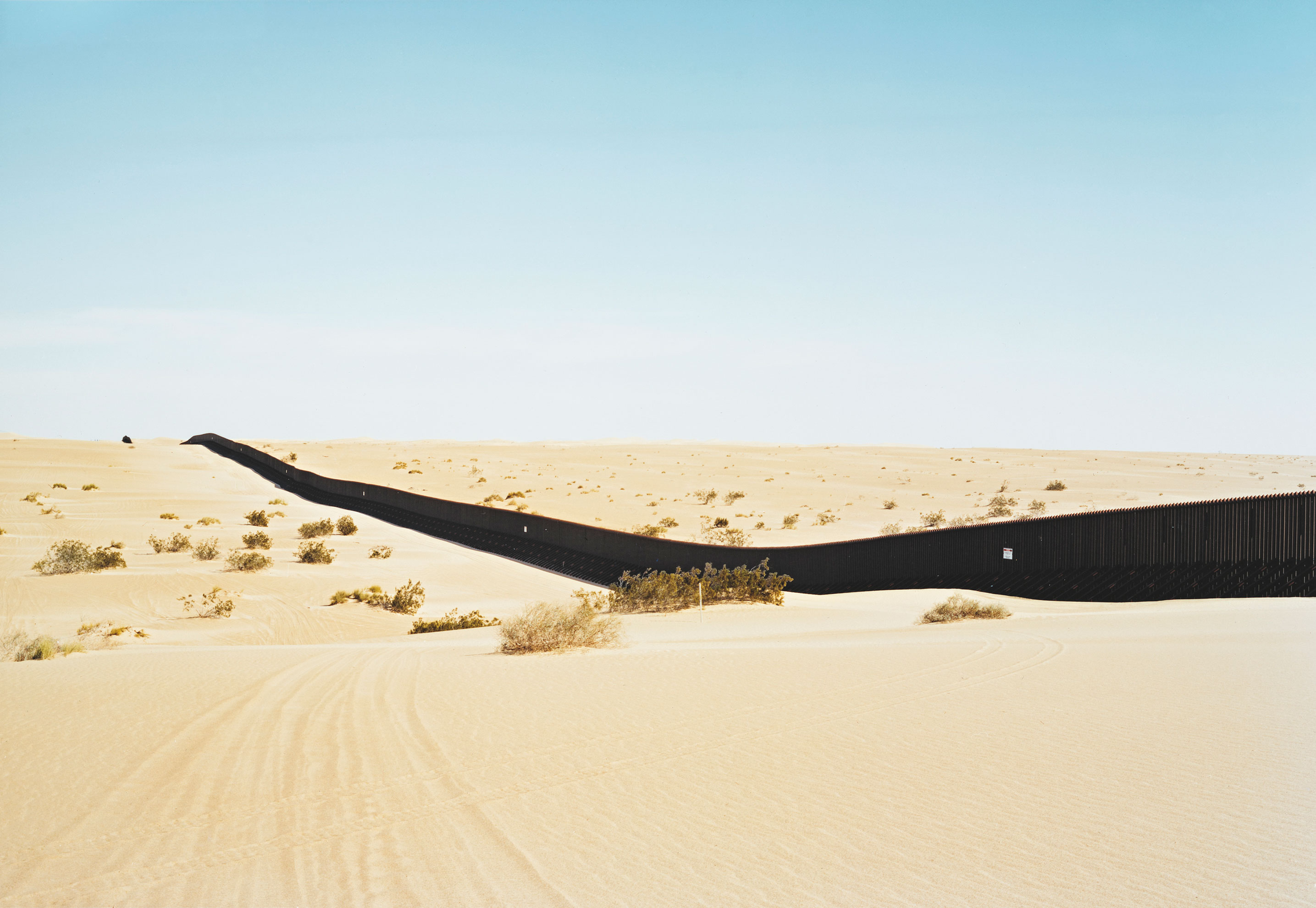 There’s a history to our relationship with landscape that’s interesting to me. Right now, I’m in Utah searching through a historical archive of photographs and written accounts from the 1800s, when early pioneers first came through Utah to settle in the West.

Many of these wayward travellers never saw their families again. I often think about my parents taking this big risk to leave what’s comfortable and start over in a new country.

Somehow, I’ve found myself doing that daily: moving from place to place, but without those same risks. There’s nothing really comfortable about what I do.

Being on the road alone as a woman for 16 years draws a lot of questions, especially at campsites, surrounded by people grilling hot-dogs with their families. 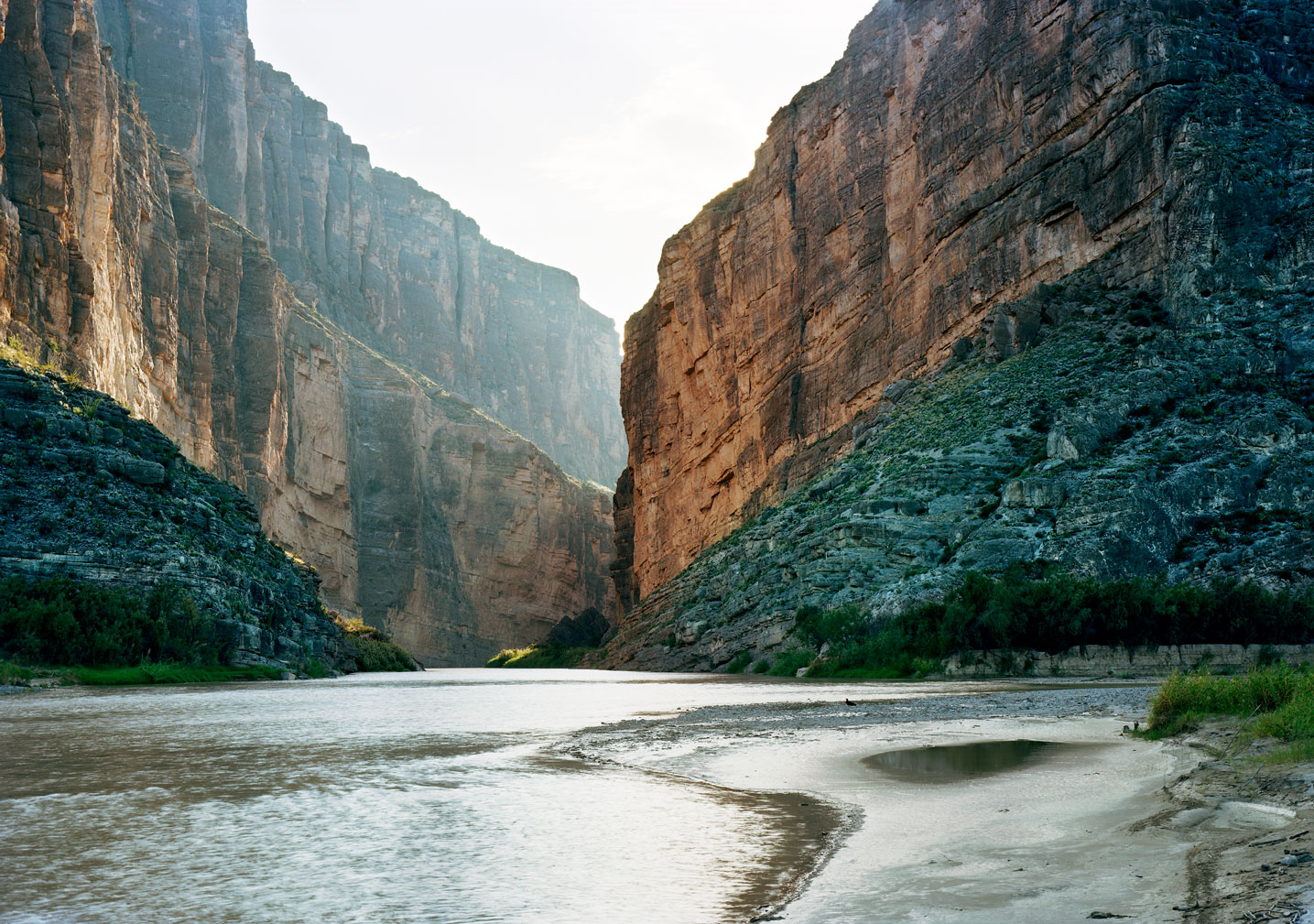 It makes me think of John Steinbeck’s Travels with Charley, in which he decides to journey across the country anonymously. Travelling alone, he finds that connections can spark from the simplest things. And it’s true.

Just the other day I was camping in Echo, Utah, a significant historical marker for early pioneers. A couple came over and enquired if I was alone and why. As we talked, the woman told me about the recent loss of her 18-year-old son and his friend in an accident.

It was a devastating story – but somehow we carry on, like the pioneers, through all the risk and turmoil. People ask if I get lonely living out of my car.

I might go for days without talking to anyone but I am never lonely. There’s always something remarkable to see – whether it’s a mountaintop in the middle of nowhere, or a mine formed out of some incredible rock, I’ll pull over to look and ponder.

I isolate images of the natural world, superimposed with a relentless grid of human interventions, and photograph with my 5×7 field camera and colour negative film. 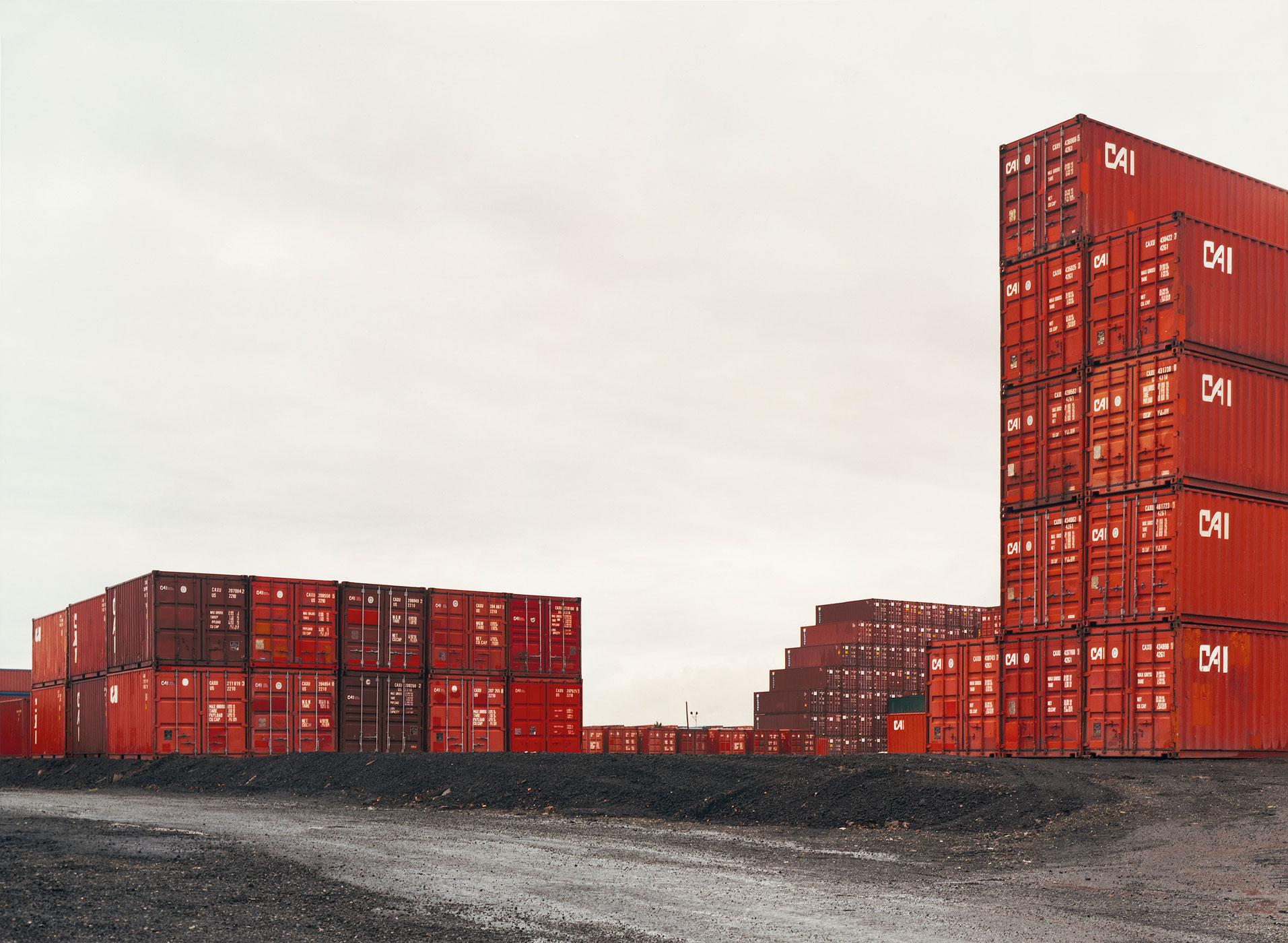 There’s something about spending time observing what we’ve done to the landscape that triggers wonder. And that’s the key component of what I do: curiosity.

Some say it’s all been done when it comes to landscape. But the opportunities are endless because the land is constantly changing. When you spend years looking at this encroachment of large industry into our landscape, you begin to understand the enormous role corporations play in our society. You see just how protected corporate America is at the expense of the people.

But I don’t make these images in order to preach. Instead, I’ve spent these past 16 years fulfilling something in myself: a need I have to better understand this complicated place.

Linkedin
RELATED ARTICLES
OTHER ARTICLES
Photographer Alice Mann reflects on capturing the camaraderie and discipline it takes to succeed in a highly-competitive sport.
The novelist discusses his electrifying debut, which offers a deft examination of masculinity under late capitalism.
From the queues outside to the last ones standing, Francesco Mellina’s new photo book follows a night that has gone down in the Northern-Soul history books.
Jermain Cikic reflects on his experience of visiting the island of Samos, Greece, in the summer of 2021.
Photographer Yan Morvan revisits a radical moment in history, which saw the emergence of a fiercely-rebellious spirit among the UK‘s youth.
A new book traces the legislation’s tumultuous history and the lasting impact its had on LGBTQ+ activism today.