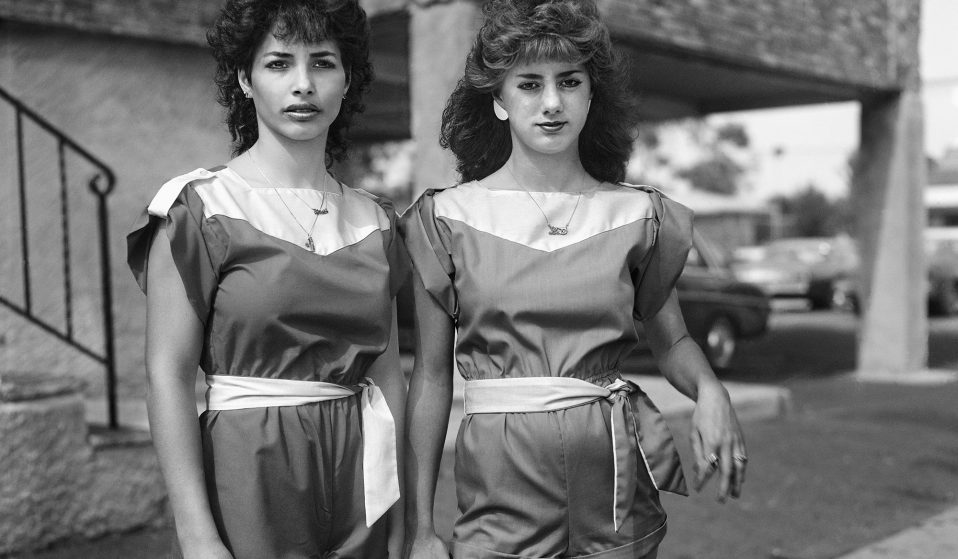 Christine Osinski photographed the New York borough during the 1980s, capturing a forgotten chapter in the city’s history.

Christine Osinski photographed the New York borough during the 1980s, capturing a forgotten chapter in the city’s history.

In 1982, photographer Christine Osinski and her husband experienced the first wave of gentrification that would come to destroy New York. A real estate developer bought the downtown Manhattan building that they called home and priced them out, forcing them to move to Staten Island – a place which has long been considered the city’s “forgotten borough.”

“When you take the ferry, it’s like you are leaving the city behind,” Osinski says. “Staten Island was a place you weren’t noticed and people left you alone. There was a sense of being surrounded by water and being far away from things.”

To acclimate to her new environment, Osinski set out to take photographs of locals on the streets during the summers of 1983 and ’84. The photographs, now on view in Summer Days Staten Island, capture a chapter in New York history that has all but disappeared. 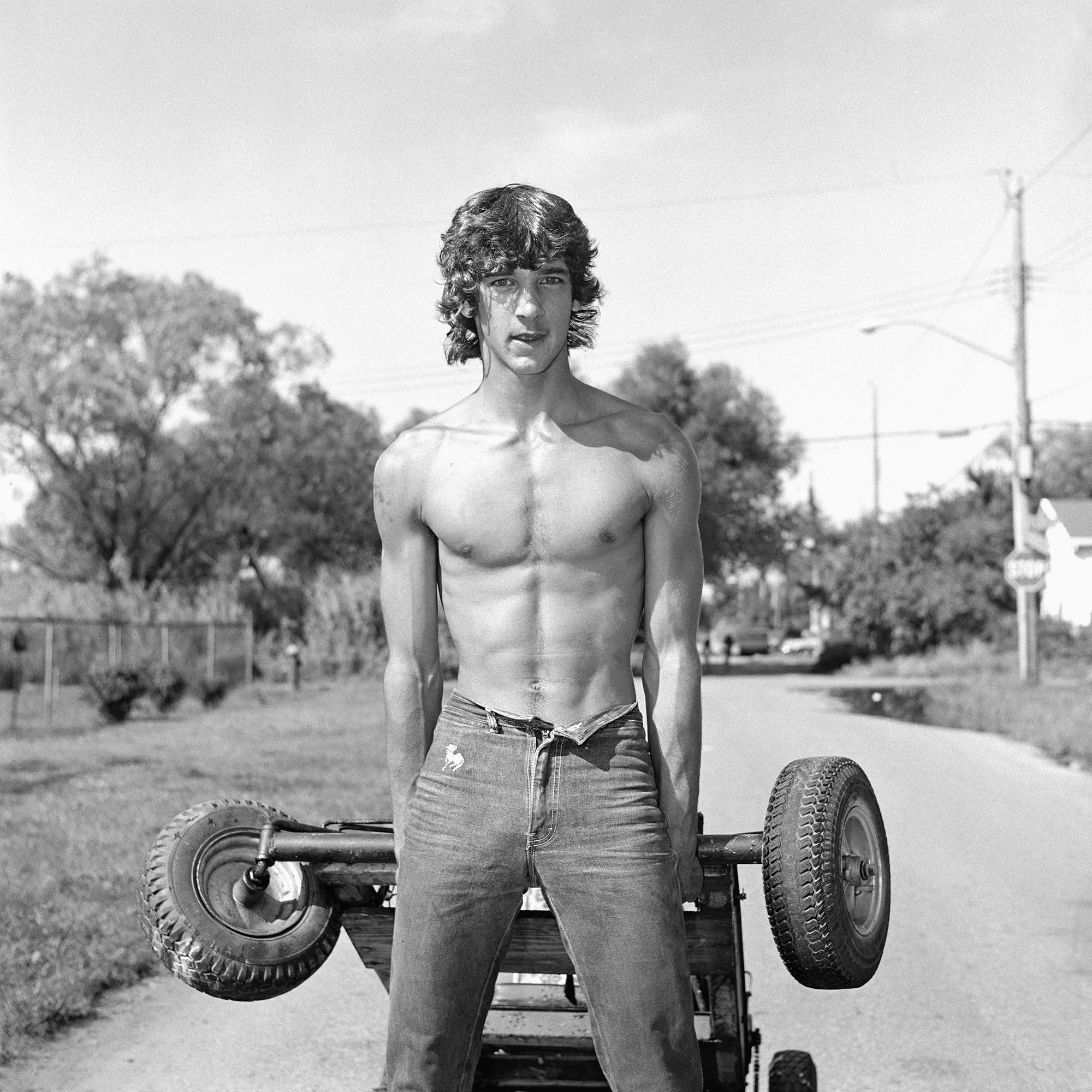 “It was a time in New York City cars were set on fire. You would see burned out or stripped cars, rusted cars with the windows broken everywhere,” Osinski remembers.

“A lot of the neighbourhoods I photographed were poor and working class. Kids were out of school, roaming around trying to find things of interest. There wasn’t much to play with. They didn’t live near playgrounds or have toys, but they would climb trees, throw a rope, and swing back and forth. There was a certain inventiveness back then. Everything was analogue.”

Osinski set out every day with a large format 4 x 5 camera, telling herself, “All I need is one good picture.” She succeeded despite the anxiety she often felt interacting with strangers.

“I didn’t know any of these people and they didn’t know me,” she says. “I felt nervous but because I was carrying a big camera. I didn’t talk that much. Our interactions were relatively quick. I was concentrating on making the photographs and was working alone.” 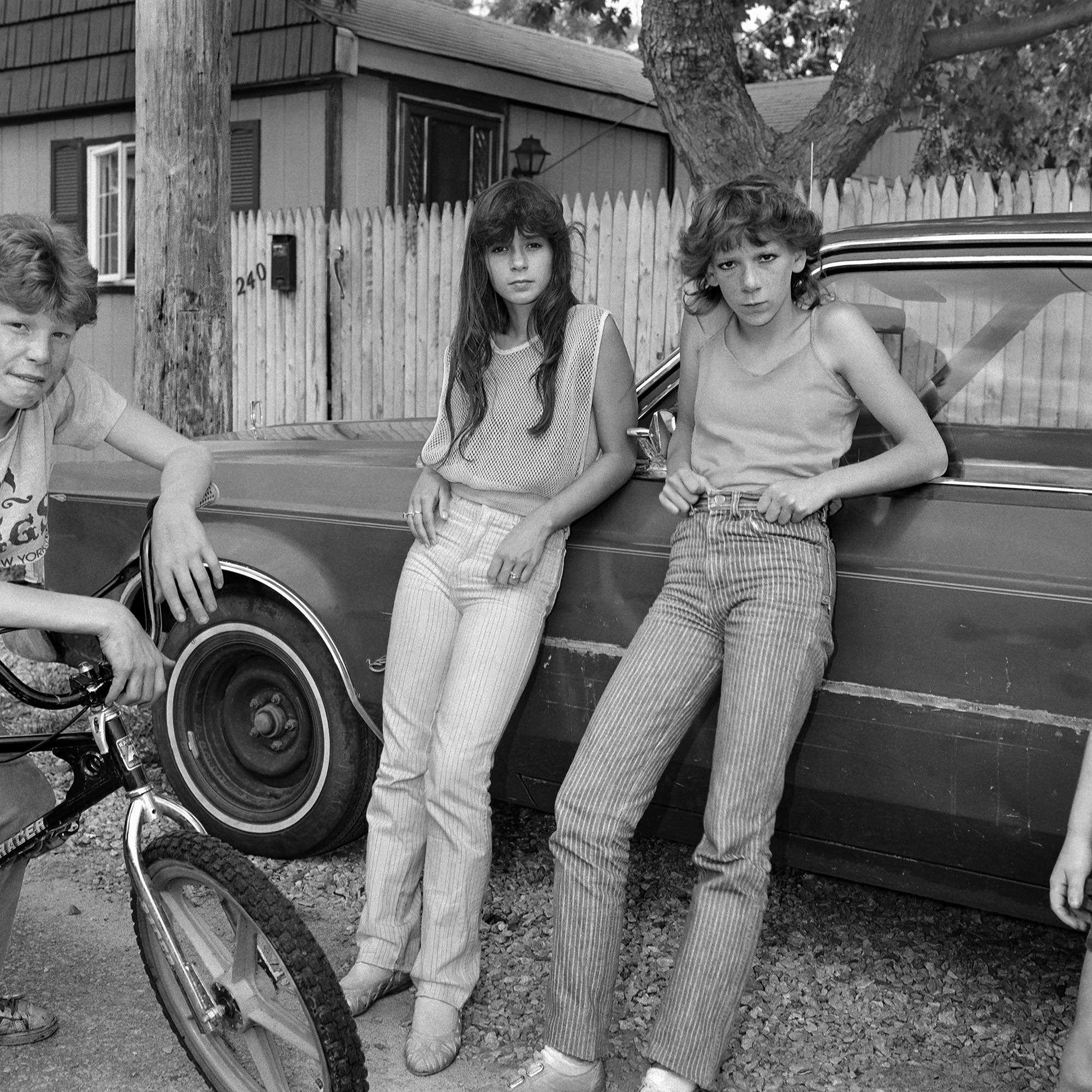 “It was a goldmine. I found the people and the situations really interesting. There was so much pressure in Manhattan to be cool. Not that these kids didn’t try to be cool, but it surprised me that it was such a time warp. Everyone seemed fascinating to me. There were a group of children in South Beach that I photographed more than once. Everyone else I photographed once and never saw again.”

Hailing from the South Side of Chicago, Osinski felt at home among the kids she encountered in the blue-collar neighbourhoods: “For me, it was like reclaiming my own childhood. There were people I photographed who were definitely types of people I knew growing up.”

Staten Island, it has often been said, is more like the rest of the United States than it is like New York. Osinski’s photographs highlight those differences, and remind us that the boroughs have always had their own style outside of Manhattan’s cultural hegemony. 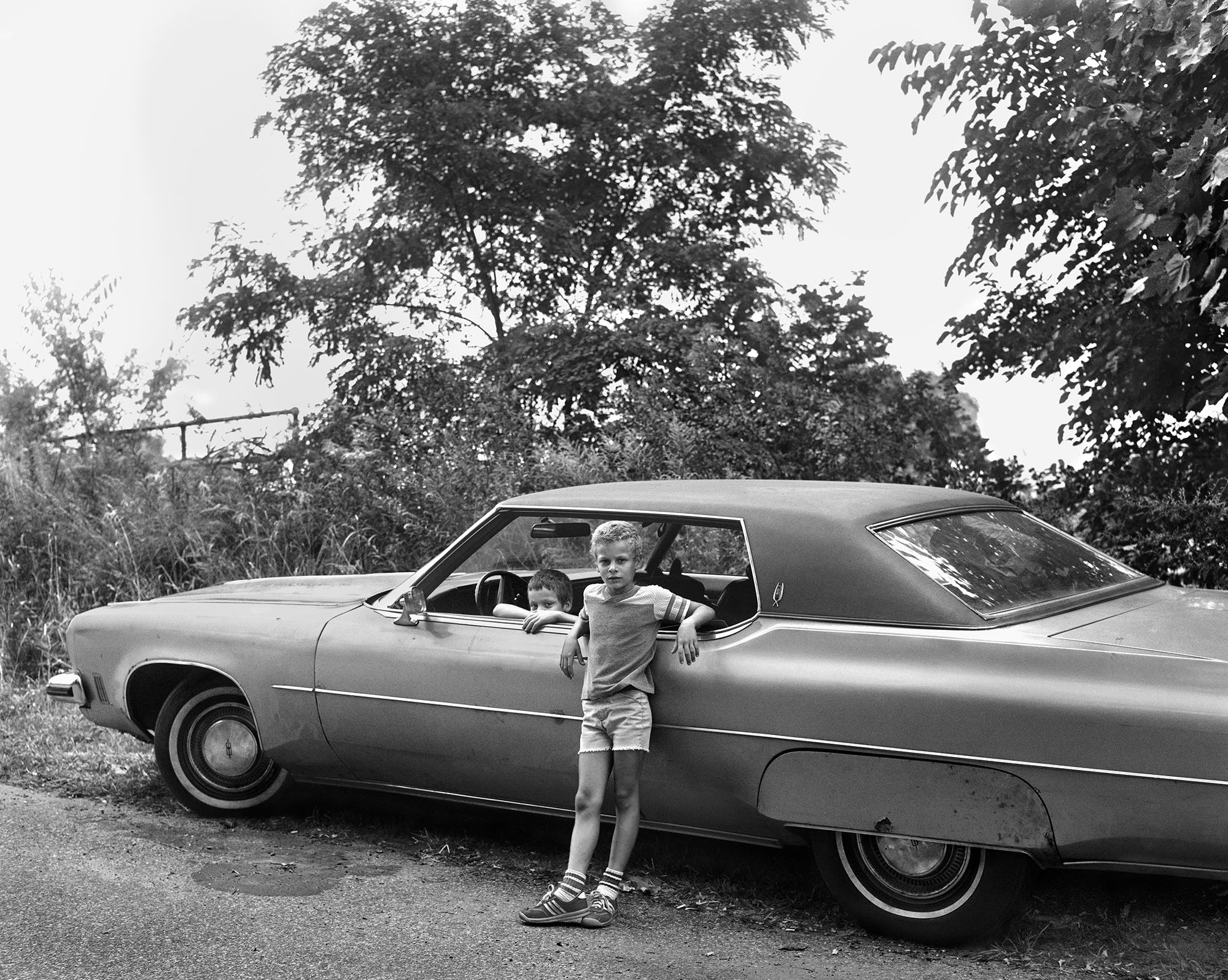 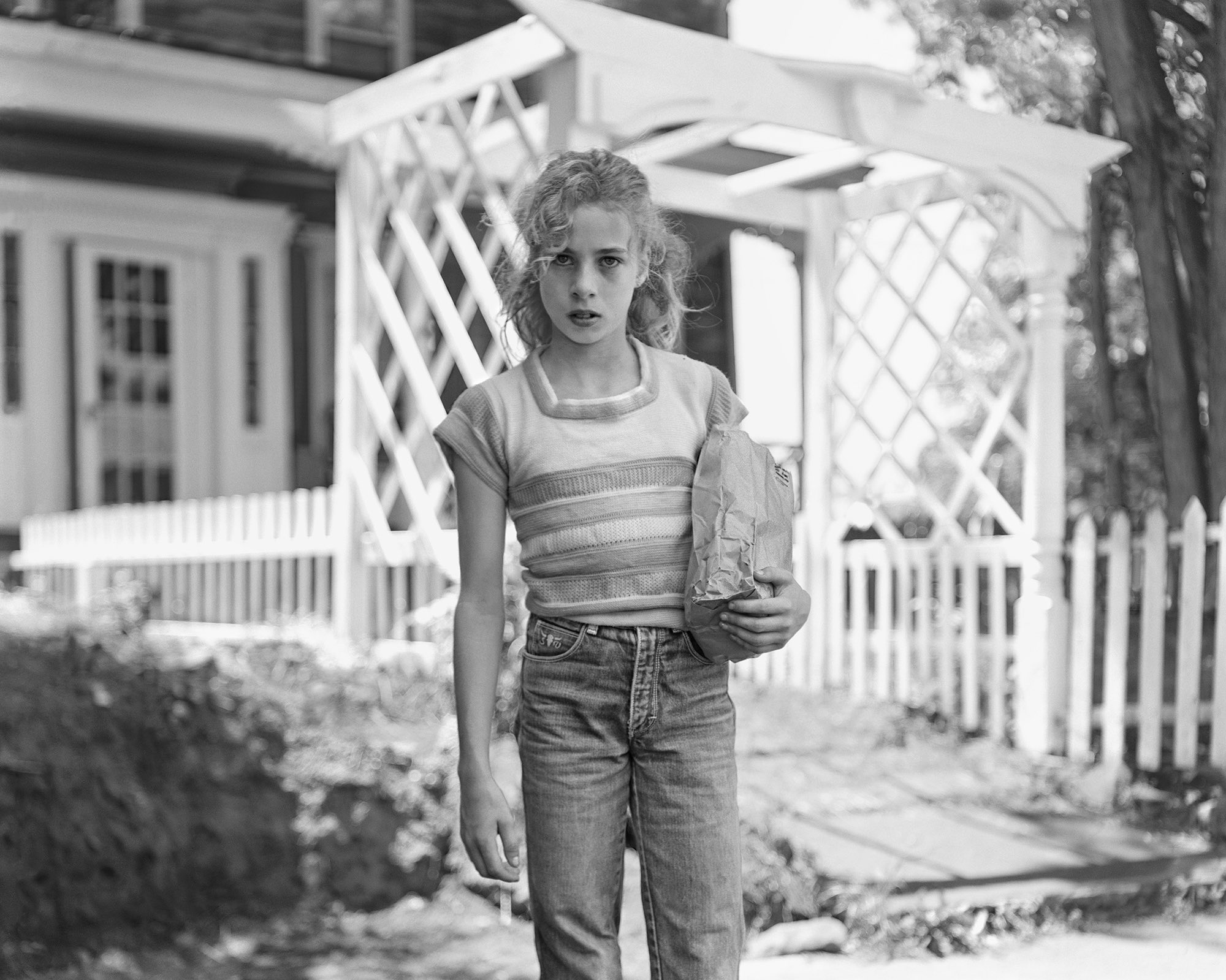 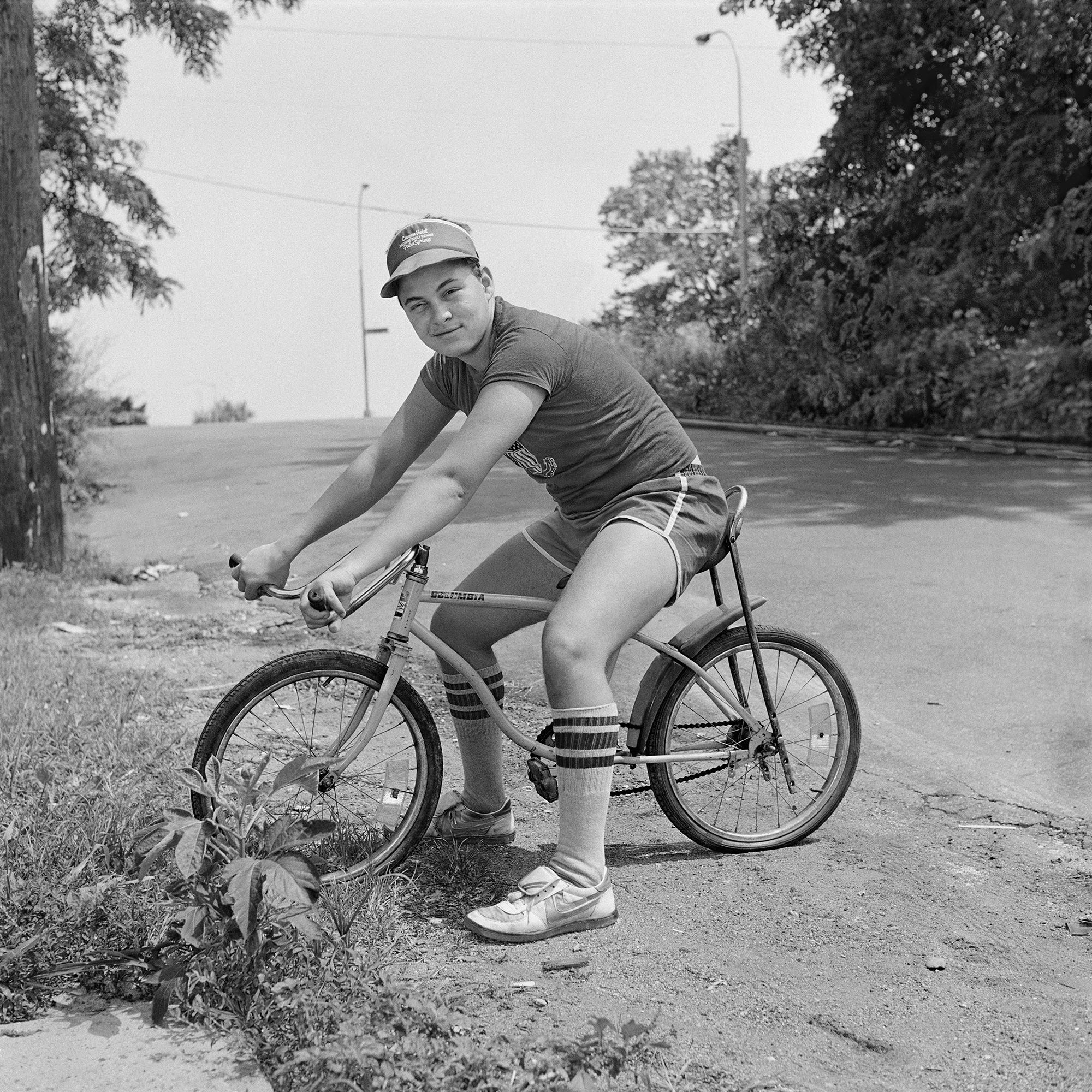 Boy Leaning over a Bike 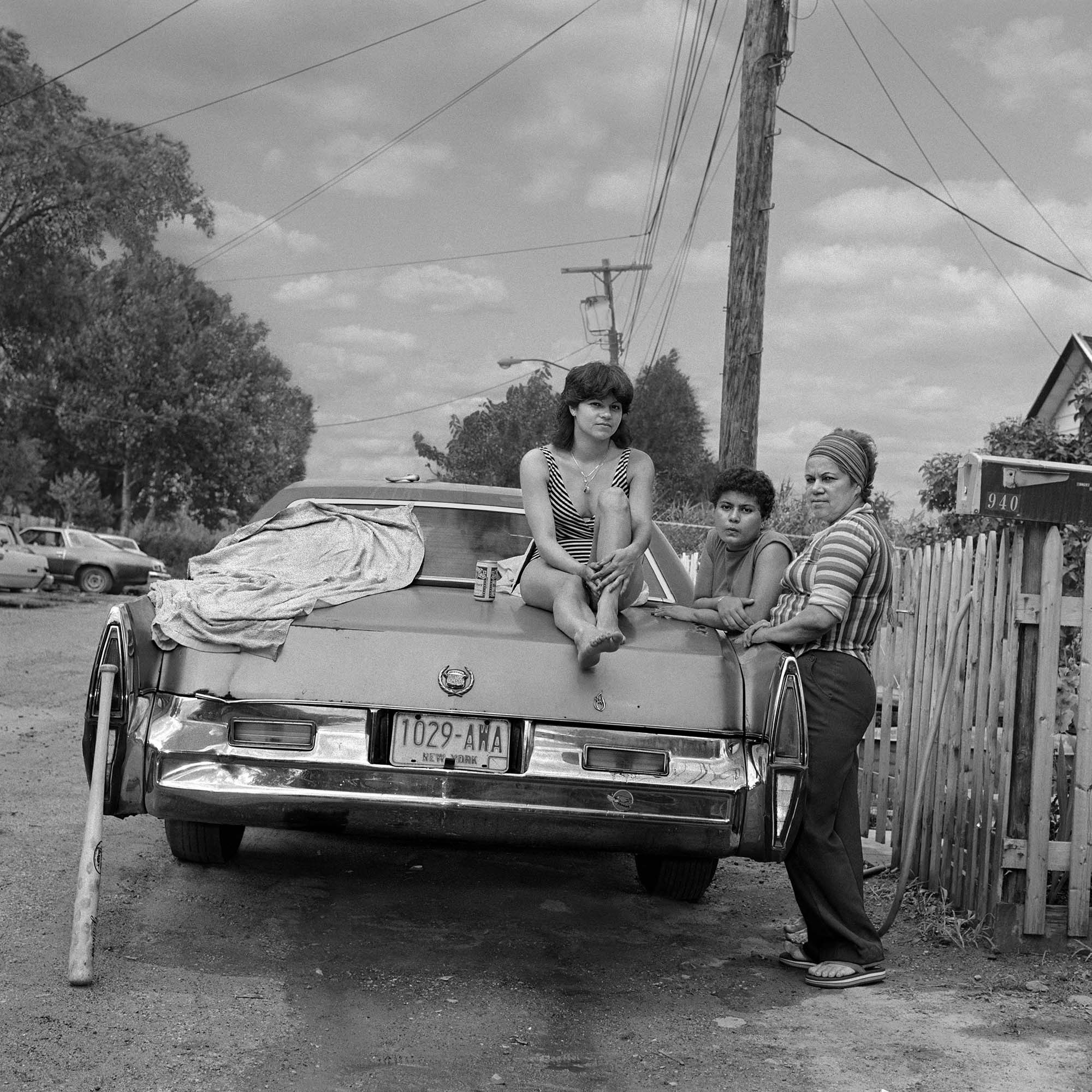 Three Women with a Bat 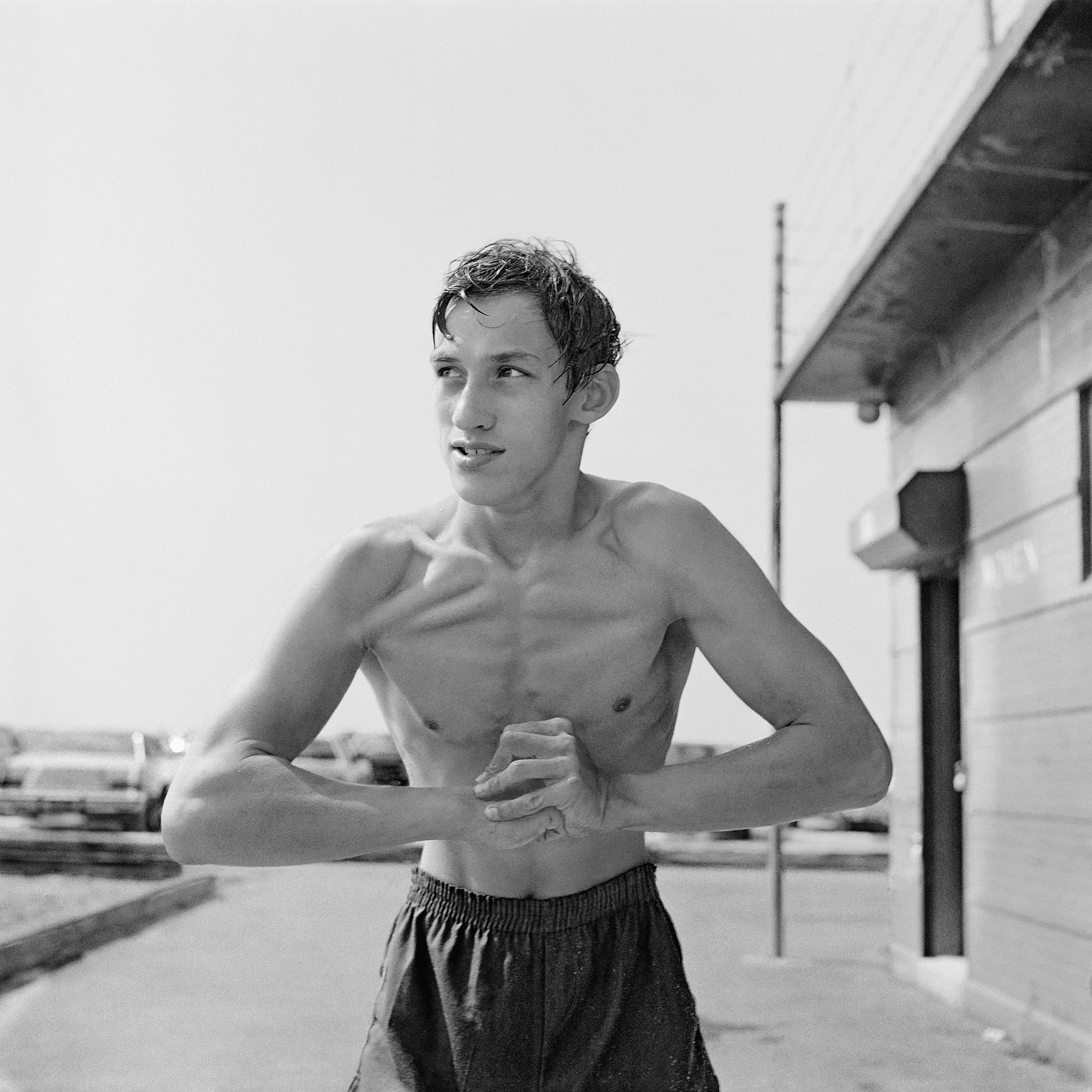 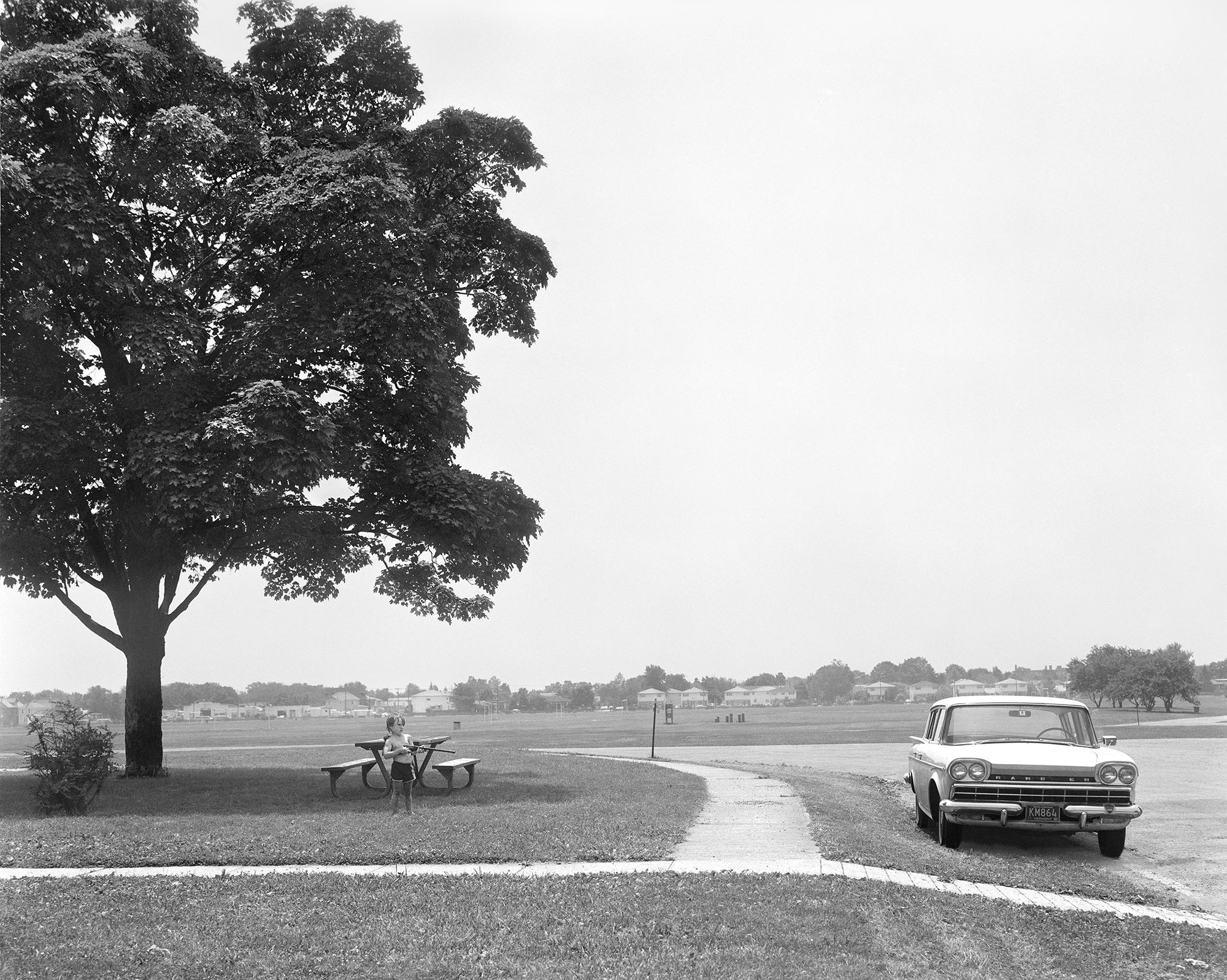 Boy Pointing Rifle at a Car 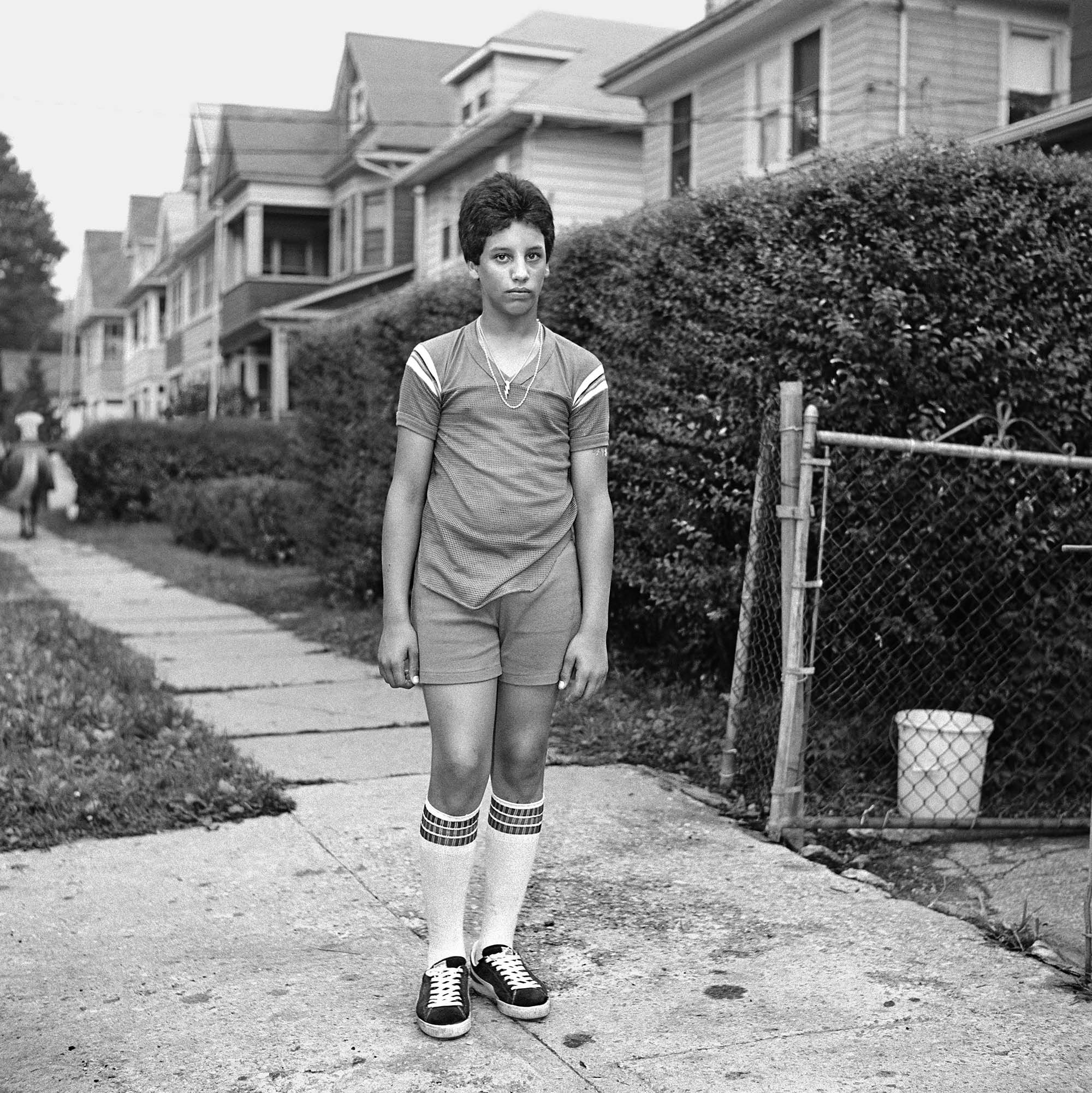 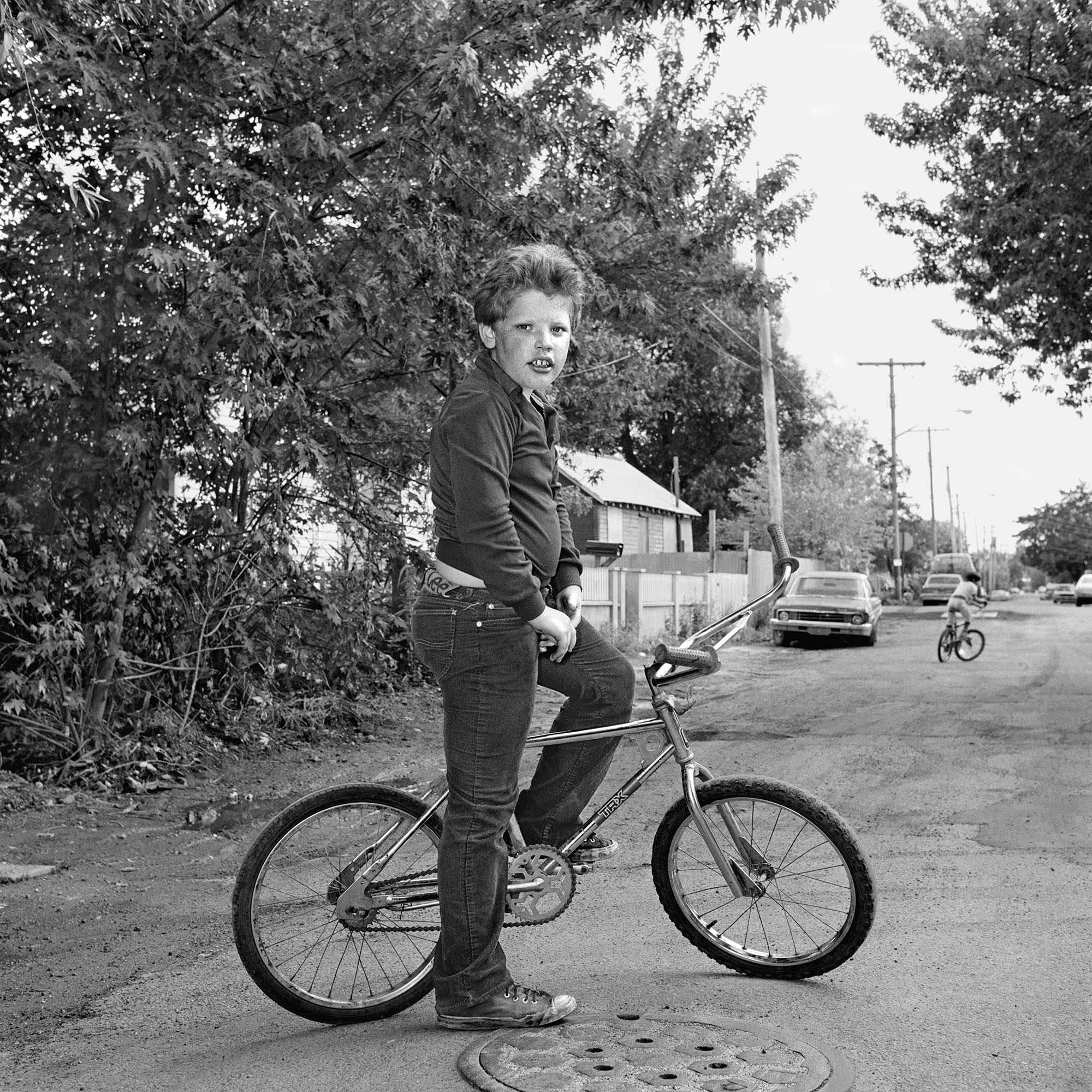 Boy on a Bike

Linkedin
RELATED ARTICLES
OTHER ARTICLES
With inflation now at a 40-year-high of 9 per cent, demonstrations organised by TUC took place to demand action from the government.
In the latest instalment of Photographers in Conversation, the chronicler of raves, protests and beyond explains why he’s drawn to such specifically visceral environments.
Finland-born photographer Sirkka-Liisa Konttinen looks back on her decades-long documentation of life in Northern England.
Over a dozen Stop Deportation activists locked themselves to each other outside a detention centre to prevent coaches taking those due to be on the Rwanda deportation flight from leaving.
In her new book, the author explores the country’s housing crisis in human terms and calls for radical action to address a broken system.
The last few years have seen an increase in LGBTQ-led initiatives to feed the hungry, with many finding ways to stay afloat despite the challenges.