Art & Culture / Photography / War and peace: What lockdown looks like in Afghanistan 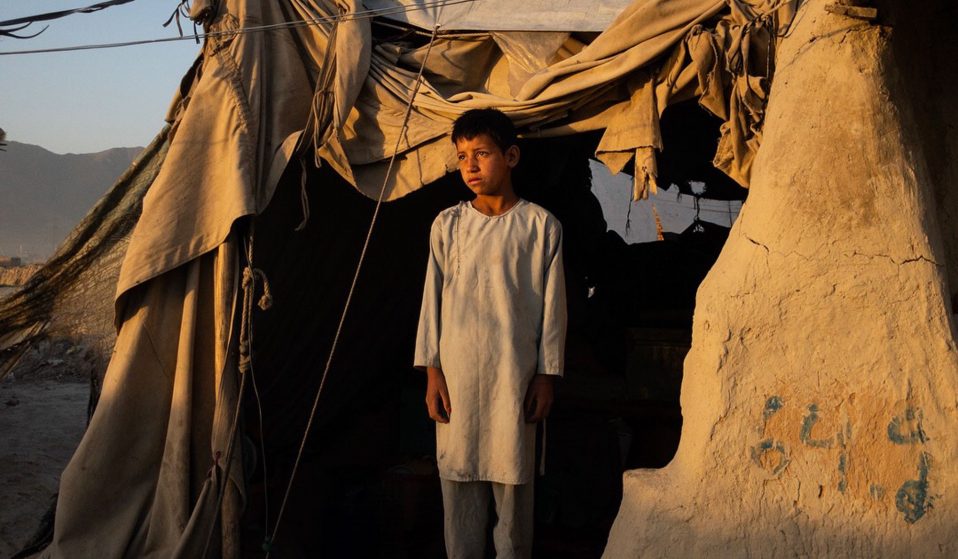 For photographer and writer Andrew Quilty – an immigrant living in war-torn Kabul with little medical resources – the prospect of Covid-19 was panic-inducing. But the reality was an entirely different story.

For photographer and writer Andrew Quilty – an immigrant living in war-torn Kabul – the prospect of Covid-19 was panic-inducing. But the reality was an entirely different story.

“A picture speaks a thousand words” is one of the more farcical clichés bouncing around the modern lexicon. Apart from being insulting to photo-and-regular journalists alike, it’s both impossible and improbable. “I’m an advocate of pictures accompanied by words,” says award-winning photojournalist Andrew Quilty. “Especially in a place like here where the people viewing the photos are often naive to the context.”

“Here” is Afghanistan. Kabul, to be exact. Australian born Quilty, a budding photojournalist at the time, went to the Afghan capital seven years ago to “check it out” and never left, gradually progressing from promising snapper, to winning Gold Walkleys and shooting covers for revered titles like Time magazine.

Quilty also works with text. Moving to Afghanistan coincided with the photojournalist developing his Instagram feed as a means of straight reporting, pairing photos taken on his iPhone whilst out on assignment (DSLR around his neck) with in-depth captions detailing events, history and context. He credits this as gently steering him towards becoming a total journalist, rather than someone merely hunting for that one, striking frame.

“It’s here that I really started finding worth in my photography, but I started to realise that my photos would be more meaningful accompanied by words,” Andrew tells me on a rickety line from his empty share house in Kabul. “Providing those words requires the photographer to learn, study and read, and understand. So it was probably a natural development.” 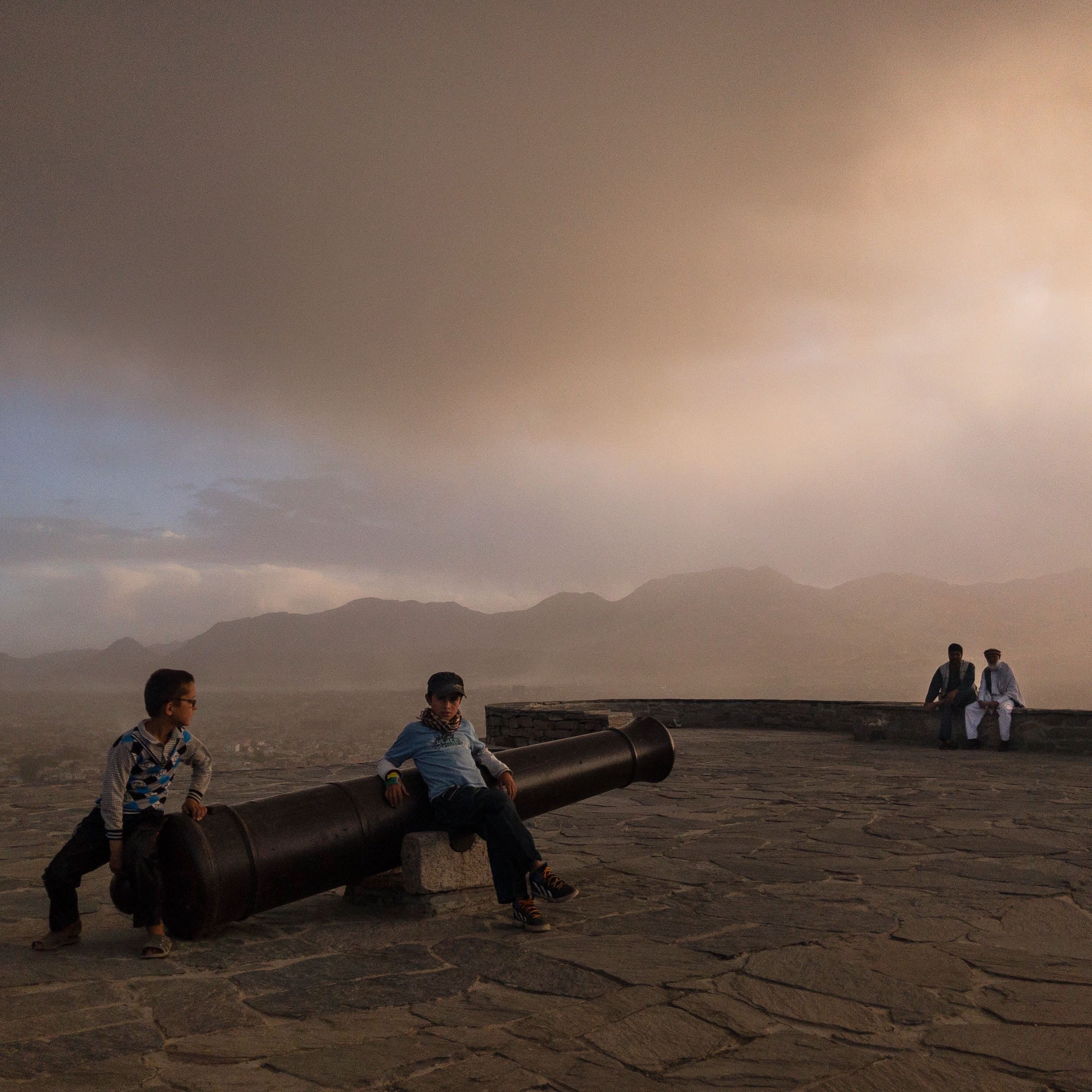 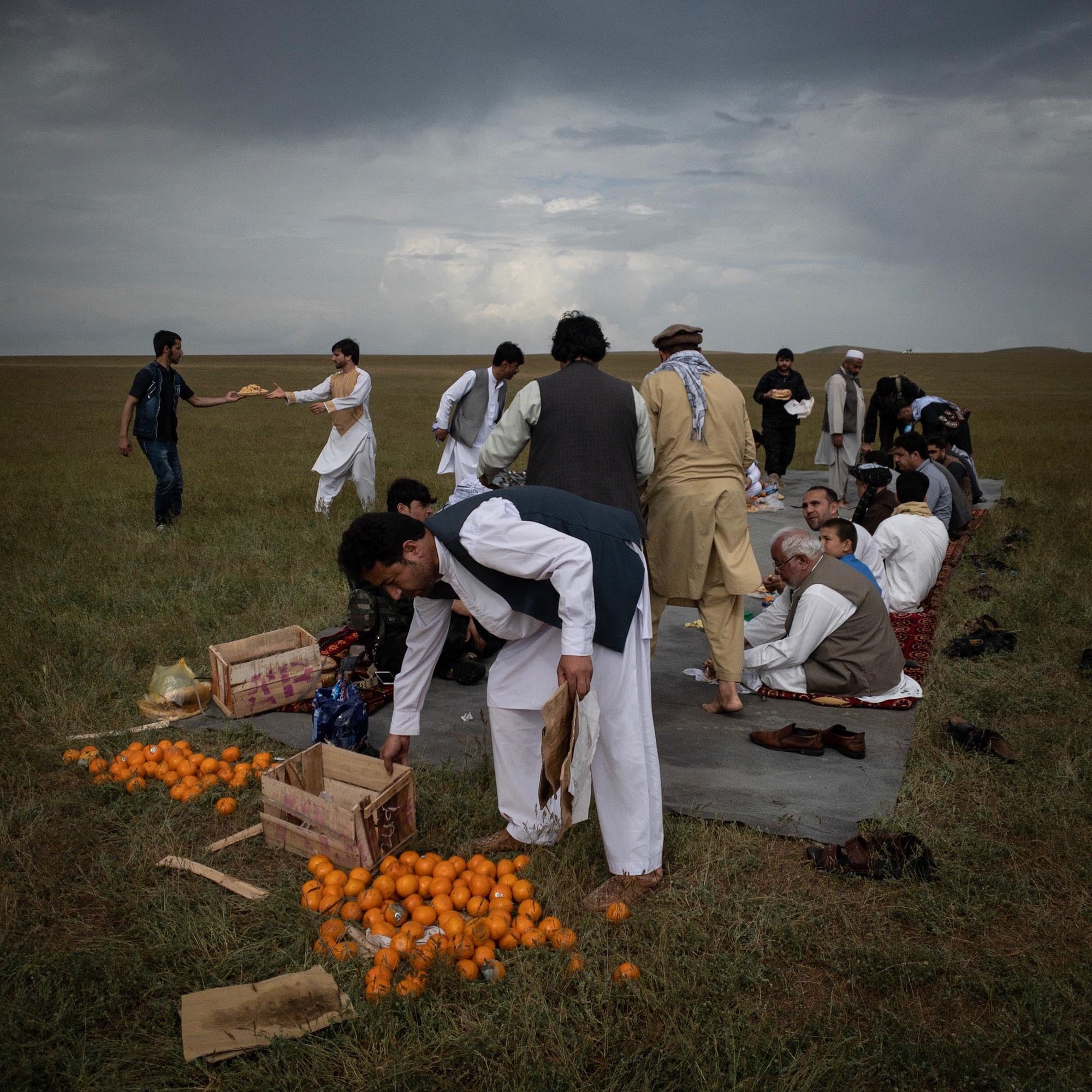 While Covid-19 whipped the world into uncertainty, for Quilty – an immigrant living in a war-torn country with little medical resources – the unknown was panic-inducing. And he’s someone who’s used to bombs detonating on a regular basis. “To be honest I was kind of shitting myself,” he says. “I really didn’t know what to do.”

“When the pandemic kicked off in Iran, 250,000 Afghans – mostly young, unskilled labourers – came flocking back across the border to Herat because they’re notoriously badly treated in Iran, and knew they’d get no medical assistance,” he explains. “The healthcare system in Afghanistan is desperate at the best of times, the police force pretty ineffectual, and there’s a war going on. They calculated there could be as many as 250,000 deaths in Kabul alone!”

Quilty was faced with the decision of staying and seeing (plus documenting) how the virus progressed through his adopted home, or drop it all and return to Sydney: “My biggest fear was that it was going to turn into civil unrest and the health system and government would be totally overwhelmed and that there’d be bodies piling up in the streets.” 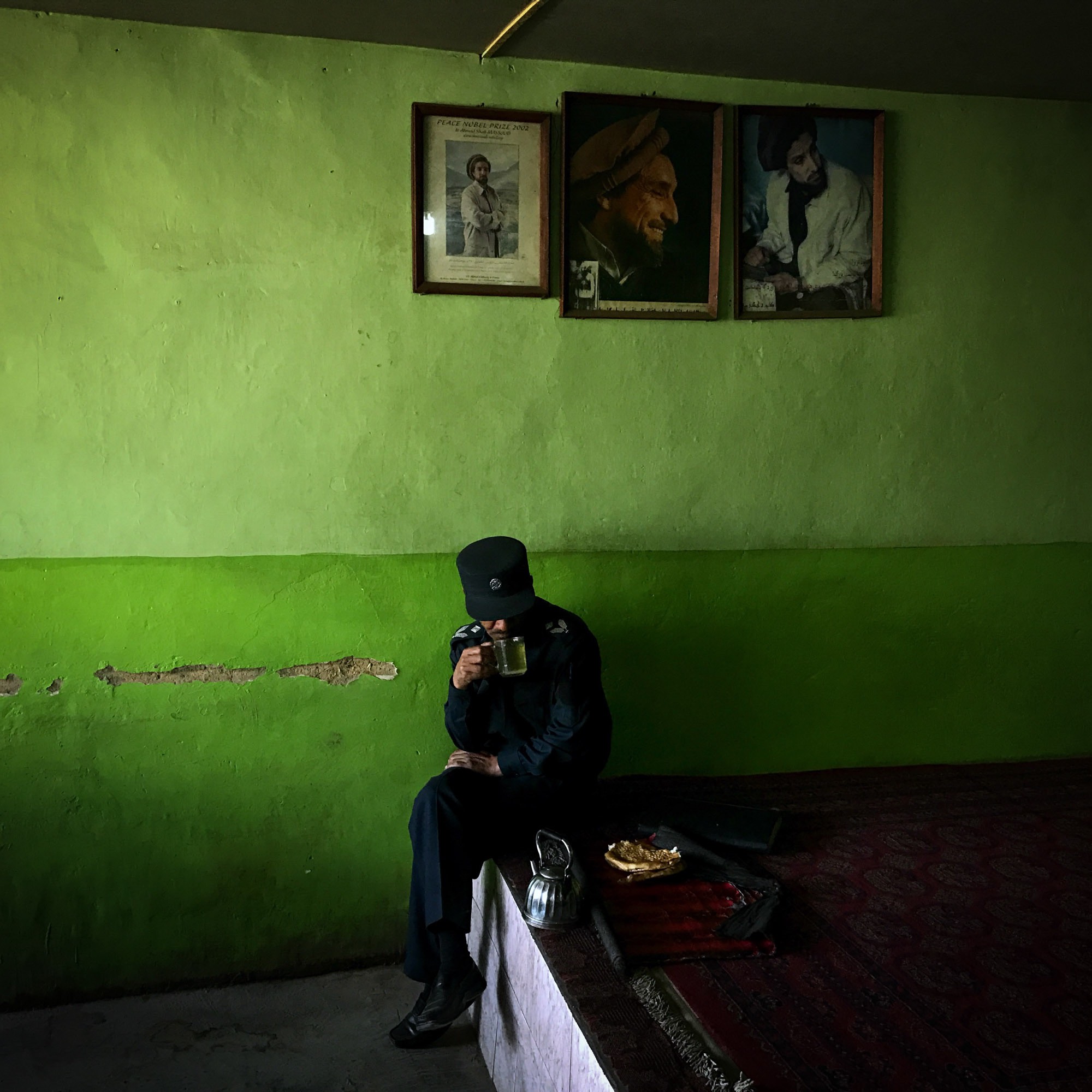 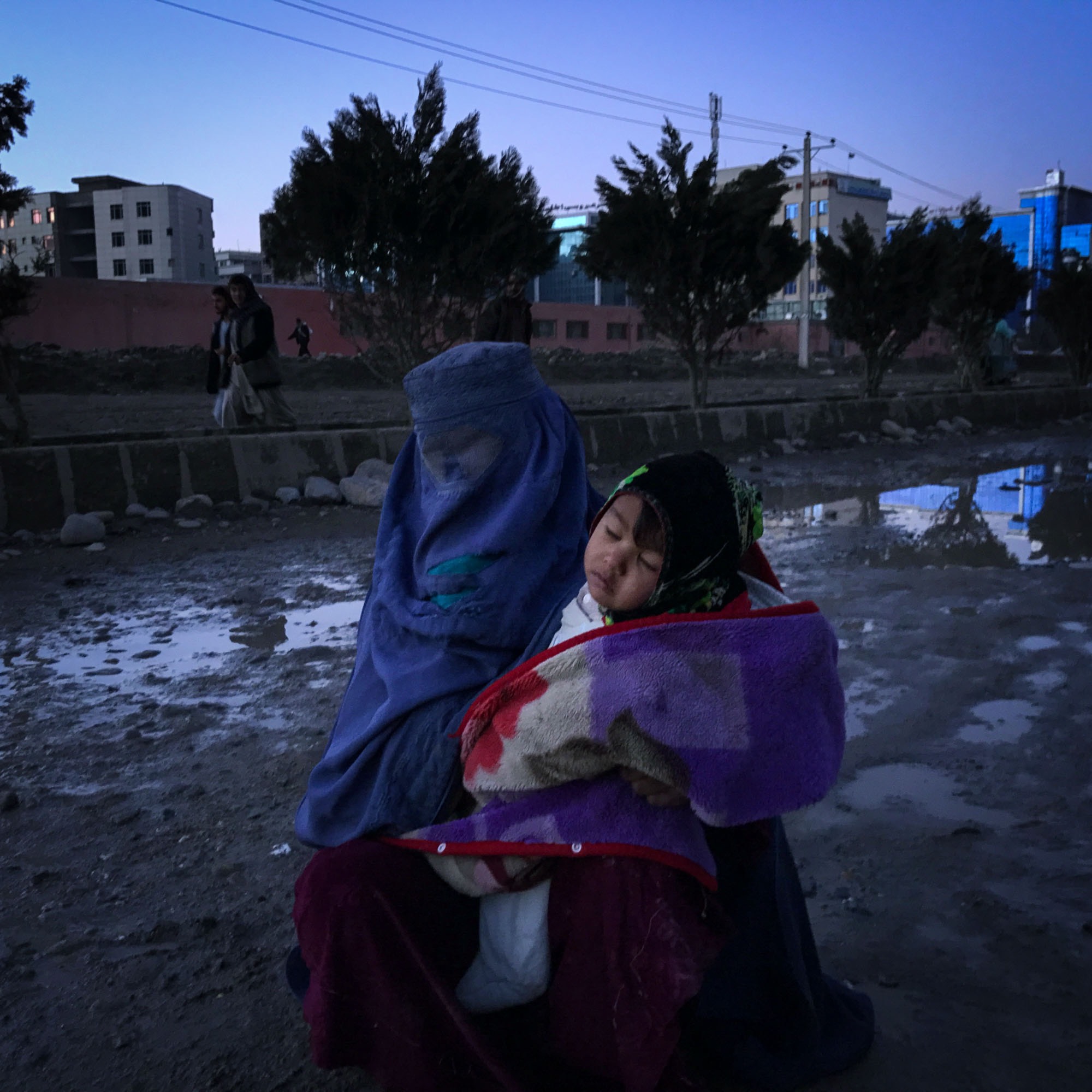 The photojournalist chose to stay in Afghanistan, and explains in hindsight that his purchasing of $500 worth of rations, 400 litres of drinking water, a sack of flour and planting a vegetable patch in his backyard was, ultimately, overkill. “The way it all transpired was relatively civilised, despite the desperation for a lot of people here,” he says. We joke about the fact that while many in the western world were doing similar – planting permaculture gardens and baking bread – he was doing so for different reasons. And, like plenty of people forced to take a step back from the frantic pace of their regular lives, he enjoyed the more analogue pace that lockdown afforded.

“I really enjoyed the slower pace of work,” Quilty tells me. “The work that I did have I could spend a few hours on each day at a time of my choosing, rather than working until I can’t keep my eyes open. And for the first time in a number of years getting into a healthy routine, eating well and exercising.”

Asking people “what’s next?” at a time like this prompts uncertain answers. But for Quilty, uncertainty’s become a way of life, and it’s something he’s going to continue to roll with.

“Kabul’s the place that I’ve come to feel at home, probably never more so than ever in the last couple of months where I’ve actually been able to enjoy the routine of a home life,” he says. “So I don’t really have an answer, I wish I did. But I’ve also tried to stop worrying about it. I’ve never been much of a planner. I didn’t plan to come here, and it’ll probably be something out of my control that sees me leave.” 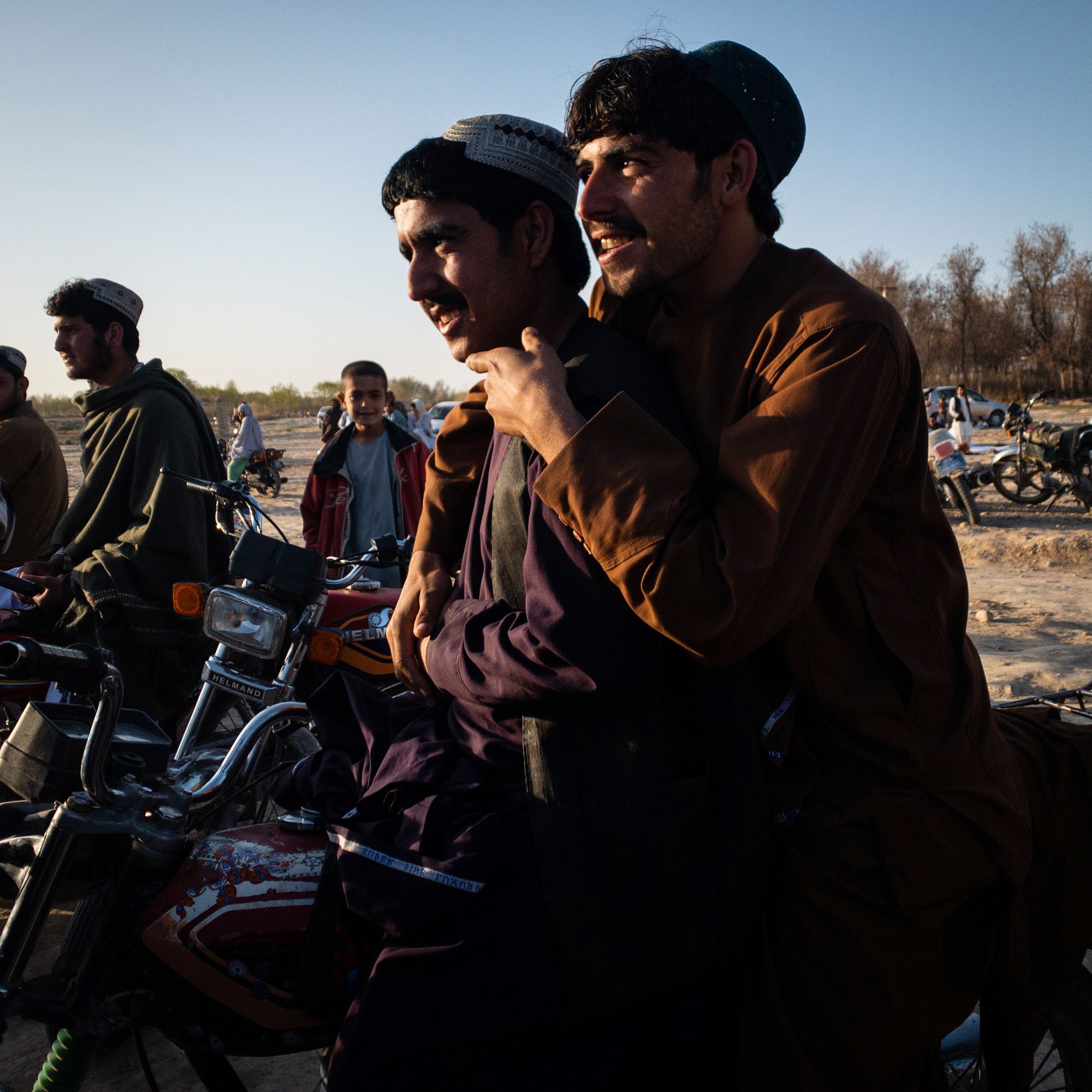 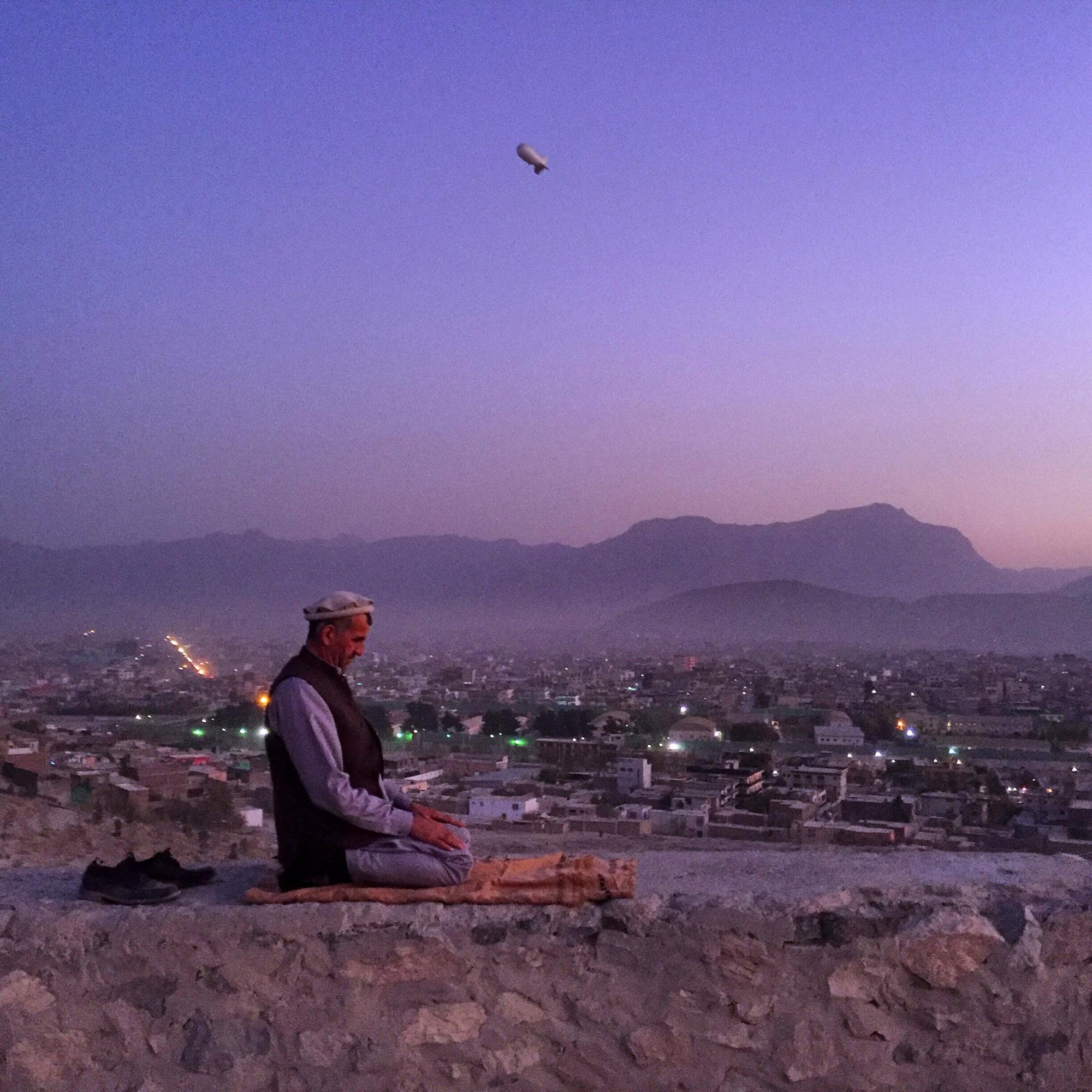 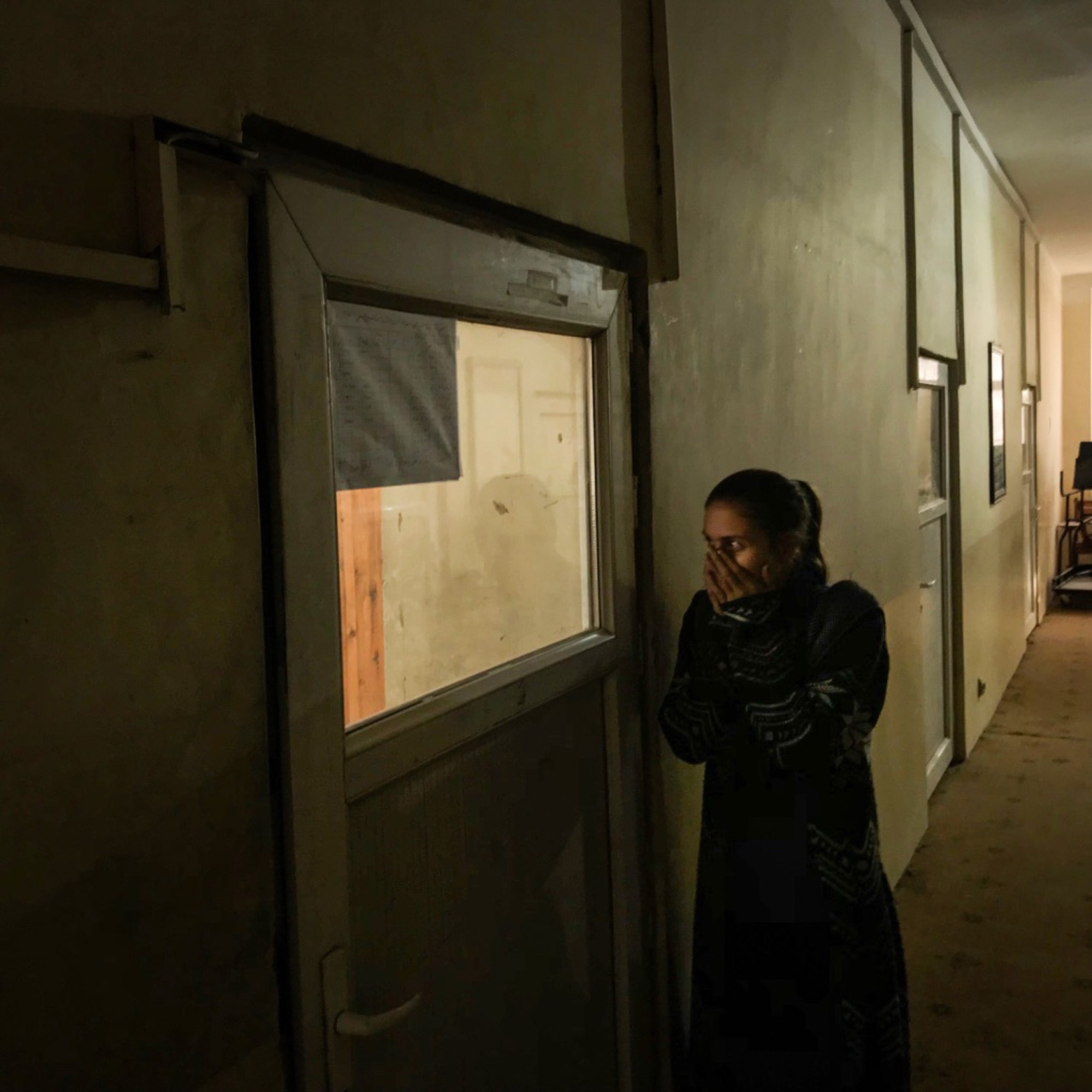 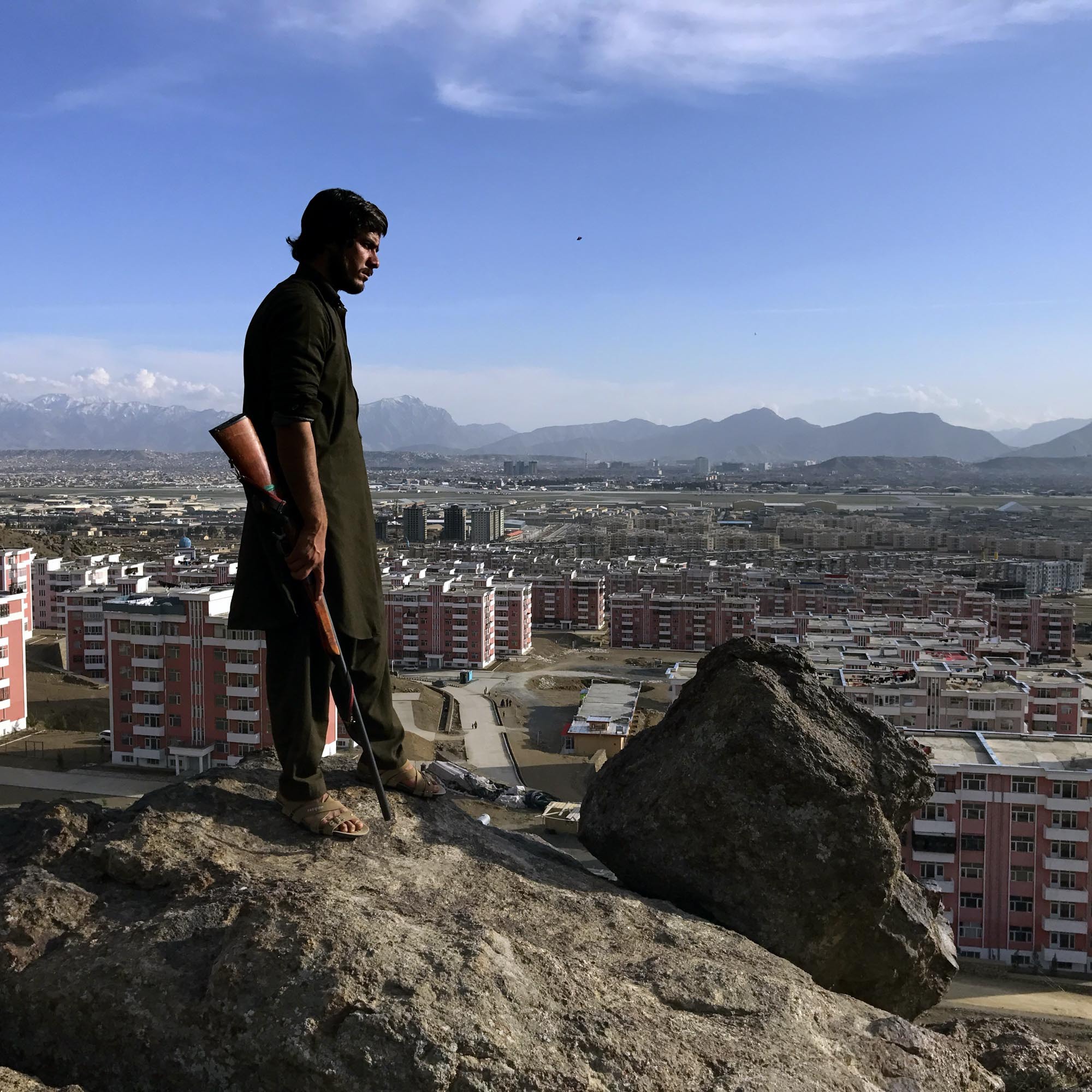 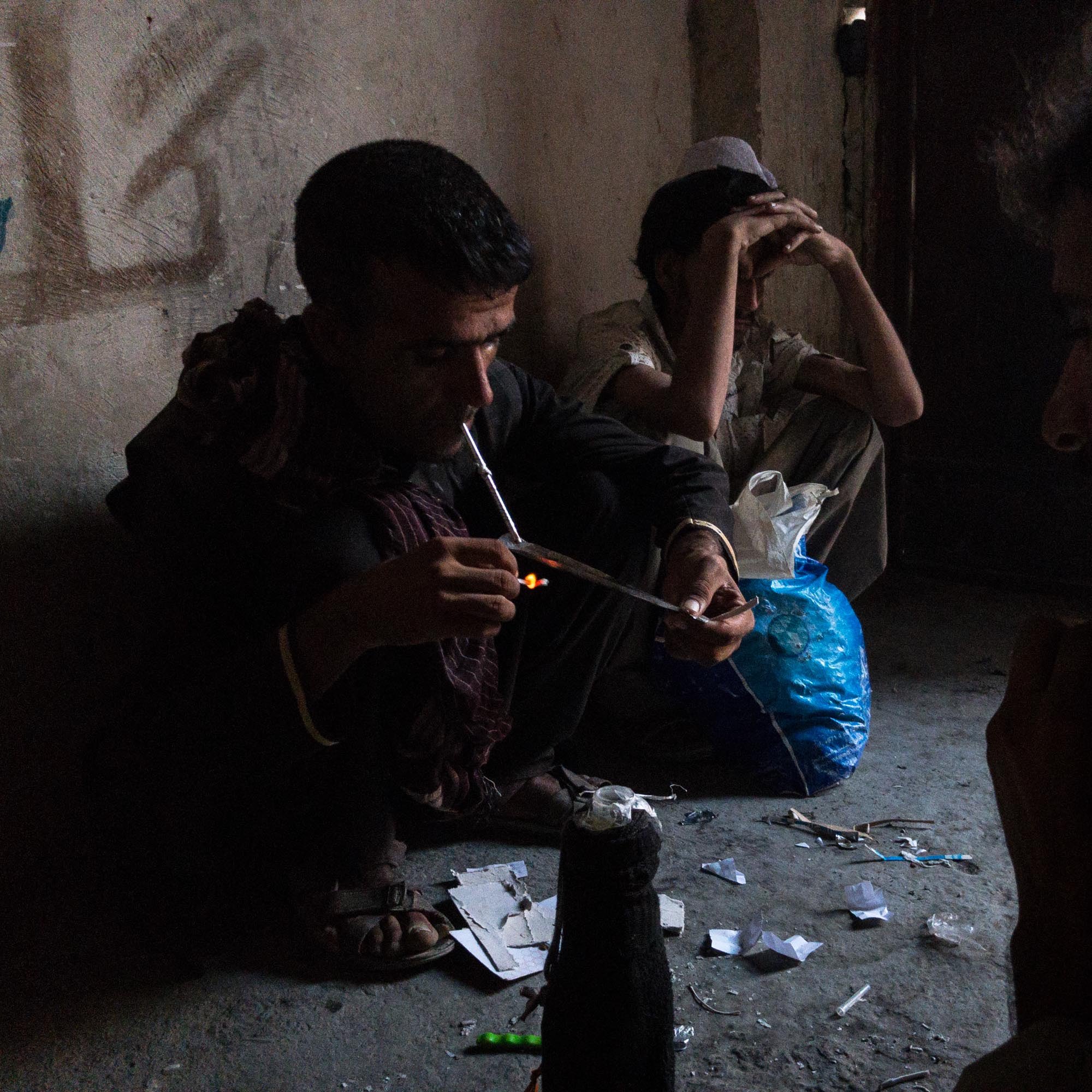 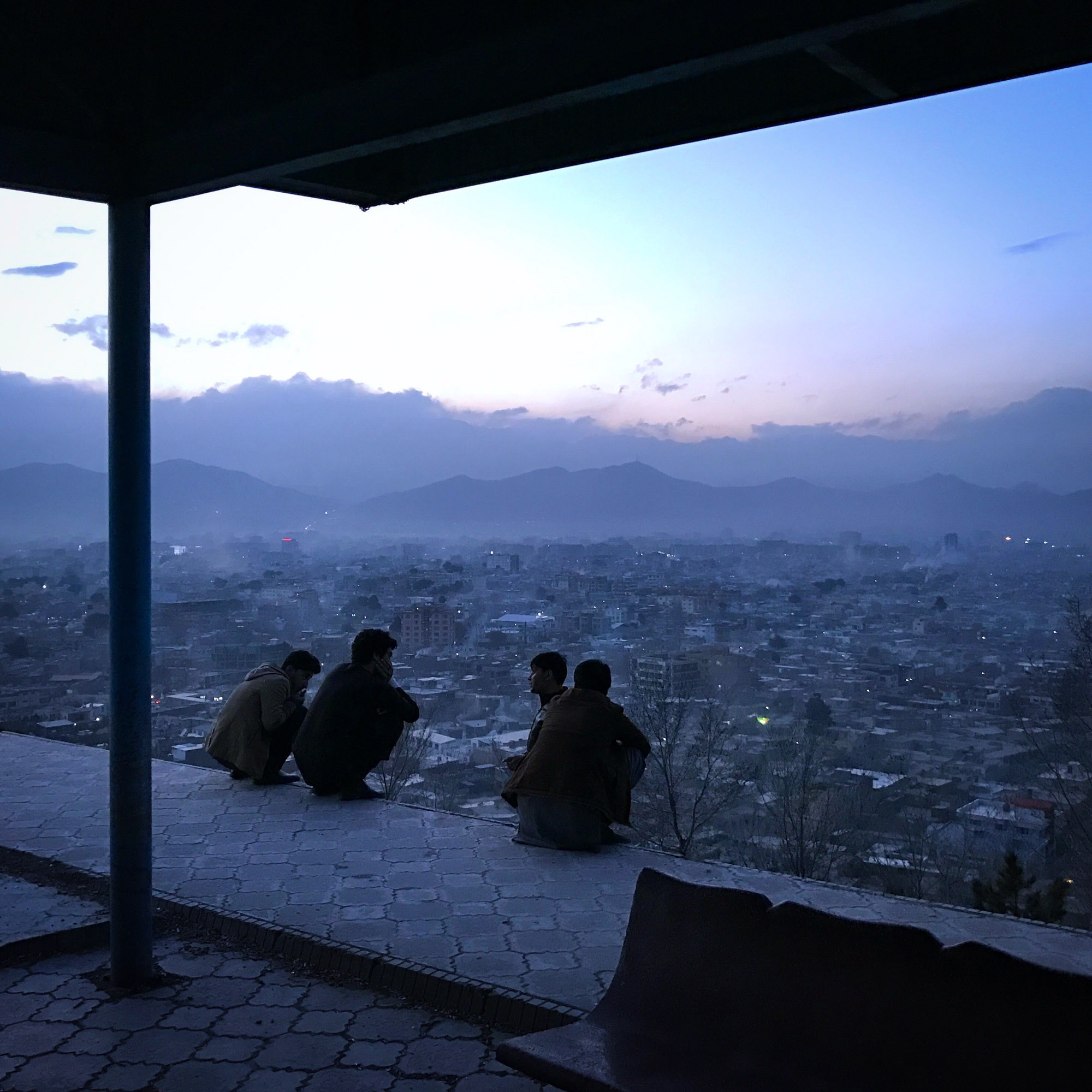 Linkedin
RELATED ARTICLES
OTHER ARTICLES
A new podcast is opening up the conversation between trans women and trans amorous men in the hope of building coalitions.
From snake handlers to mardi-gras revellers, Tom “TBow” Bowden’s photos provide a snapshot of the wonderful and weird people who make up America.
Mass crustacean die-offs in the North East have led a community of fishermen to take action to save their seas.
After blocking the Scottish government’s gender recognition reform bill, Westminster is now devising further changes to the law to make it harder for trans people to self-identify.
After a two-year hiatus and a new album, the Nigerian artist is riding high. Now, he wants to bring his alternative, genre-bending sound to the world.
Taking us through one of the most dynamic years in recent history, Laylah Amatullah Barrayn new photo book contains tender yet confrontational portraits.