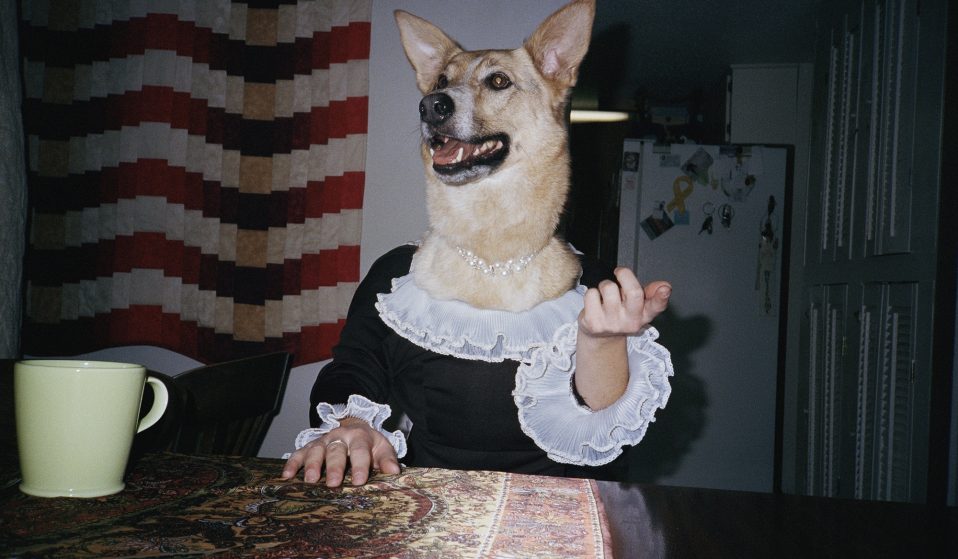 In an evocative new project, photographer Alice Schoolcraft travels from Sweden to Washington state to meet her unknown relatives.

In an evocative new project, photographer Alice Schoolcraft travels from Sweden to Washington state to meet her unknown relatives.

For most of her childhood, Alice Schoolcraft’s American family existed only in a photograph.

Raised in Europe, Swedish born Alice often spent her summers in the US, but the other side of her family remained a mystery.

“We used to keep the photo in a little wooden frame that hung in our hallway, and occasionally my dad would tell stories about his cousins and his uncle,” she explains.

“They were always about a chilli and cheese corndog eating contest at the local AMPM convenience store, or how his cousin Myles would shoot rattlesnakes after school and turn them into hat bands for his cowboy hat.”

Looking at the photo as a child, Alice remembers thinking they were real cowboys – but it wasn’t until seven years ago that she met her father’s cousin Myles for the first time. “There was a definite biological connection to my father, but Myles was so different,” she says. “He hunted bear and deer and collected old guns and flew remote-controlled aeroplanes, launched backyard rockets and made his own bullets.” 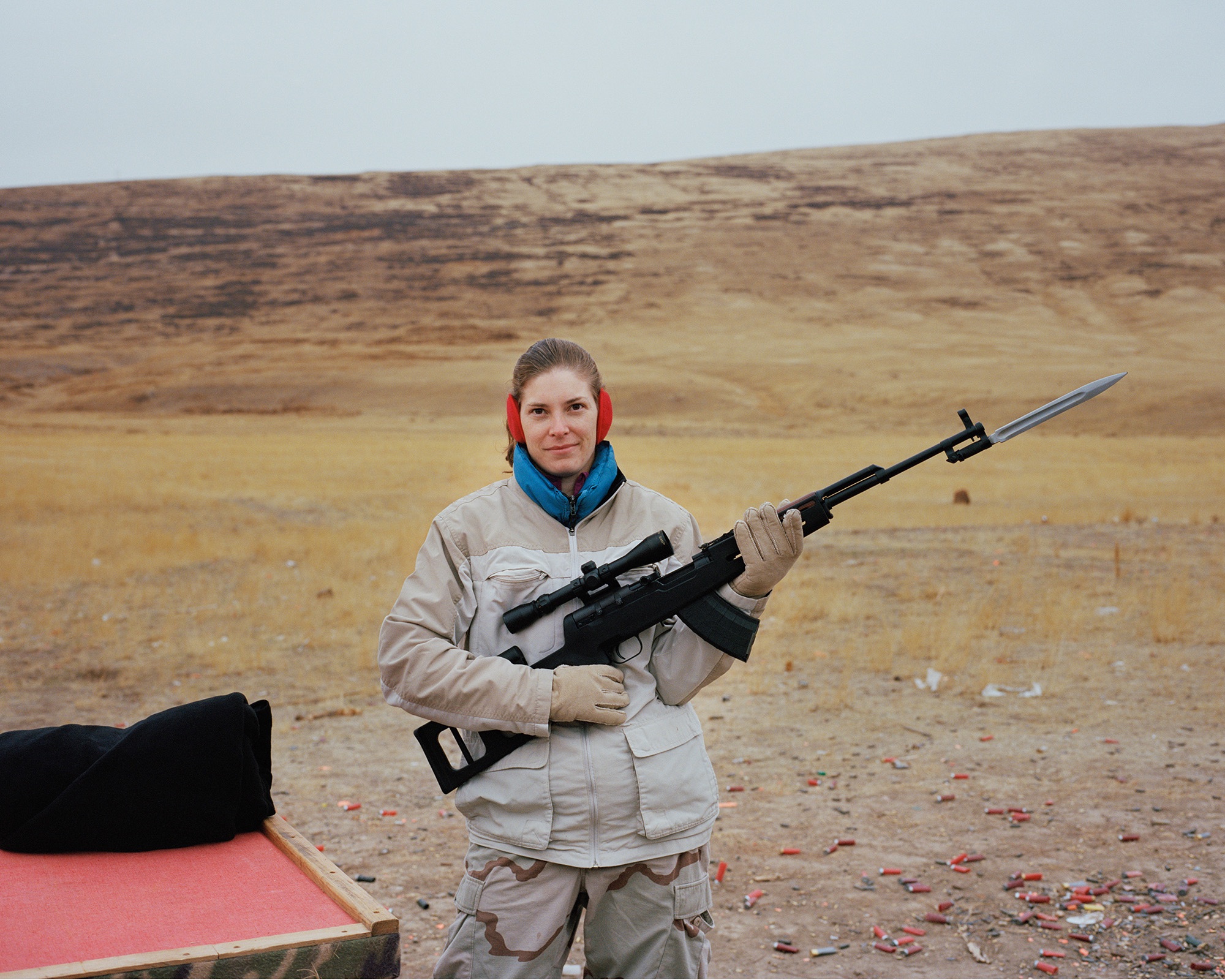 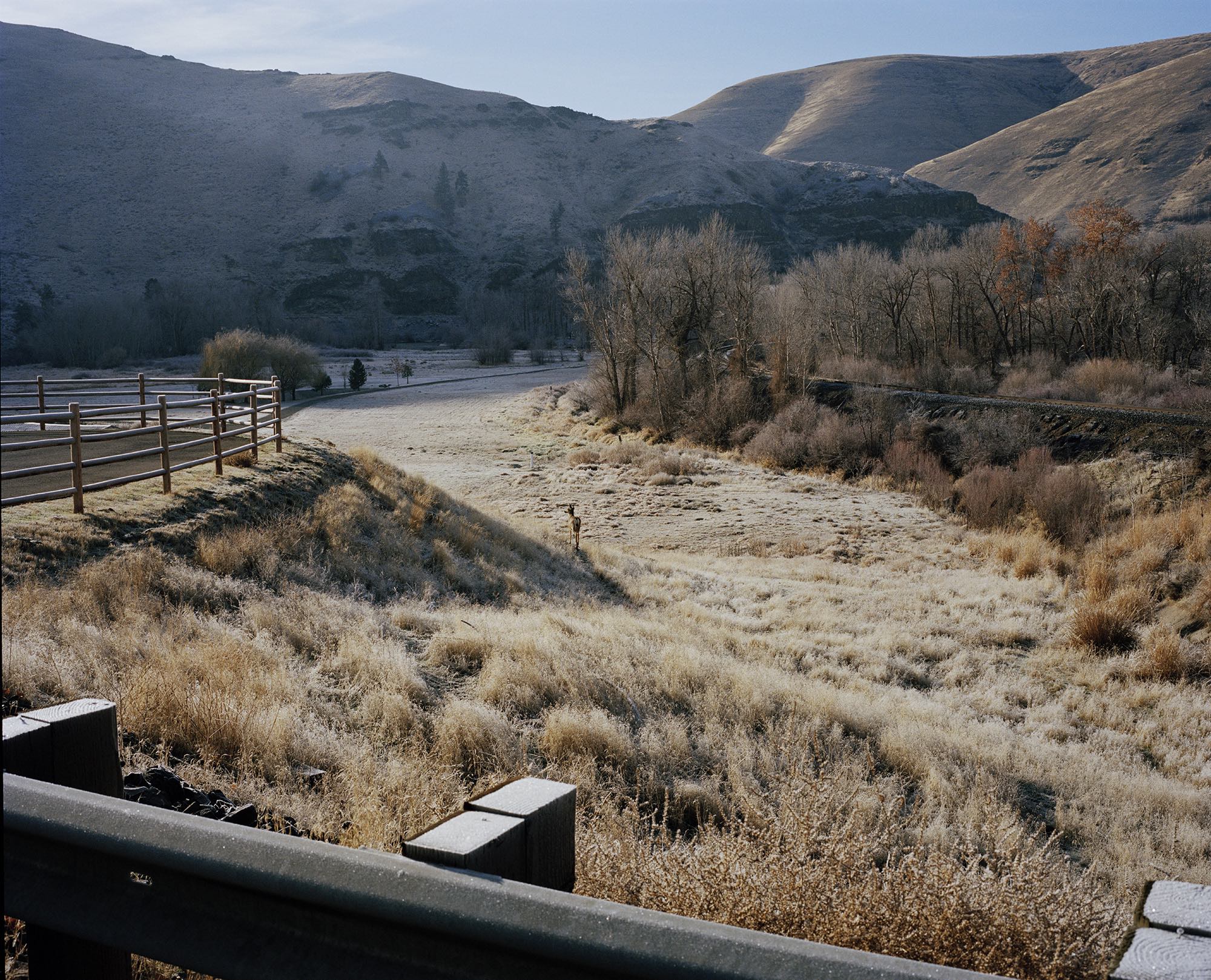 Alice can picture the scene of their first meeting vividly: Myles talking to the birds in the neighbour’s tree while barbecuing ribs; Myles showing her photos of his gun collection; Myles inviting her family to visit and shoot guns. “I remember him very clearly saying: ‘Alice, I have the perfect gun for you, you are going to love it.’”

At that point, Alice had never heard or handled a real gun, but she knew she wanted to visit. “I was mesmerised by this side of my American family,” she says. “I knew then, that I had to see more.”

Three years ago, Alice sent Myles an email asking if she could come and document his family: “Two weeks later I was sleeping in a trailer in their backyard about to learn how to butcher quail.”

In total, Alice spent a year and a half shooting the project, travelling back and forth to Washington state from London, where she was living at the time. Over a series of three visits, Schoolcraft slept in their backyard trailer, but spent the whole days fully immersed in the family’s daily life.

“They were so welcoming and loving to me even though we’d never met before,” says Alice, who felt an immediate bond with her American family. “They were also completely open to let me photograph them, their different hobbies and their home. By the second and third trip, there was an established bond and we were excited to see each other again.” 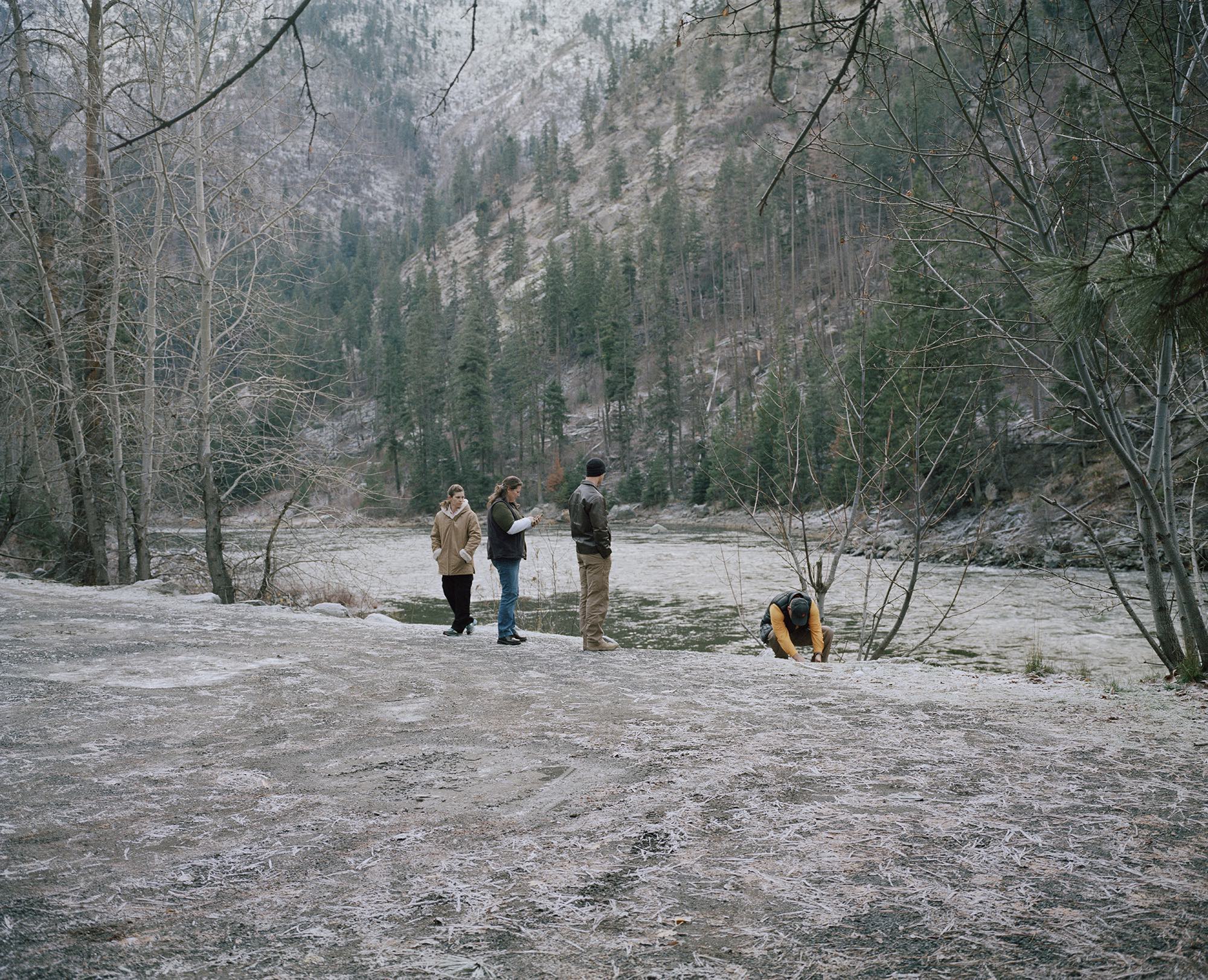 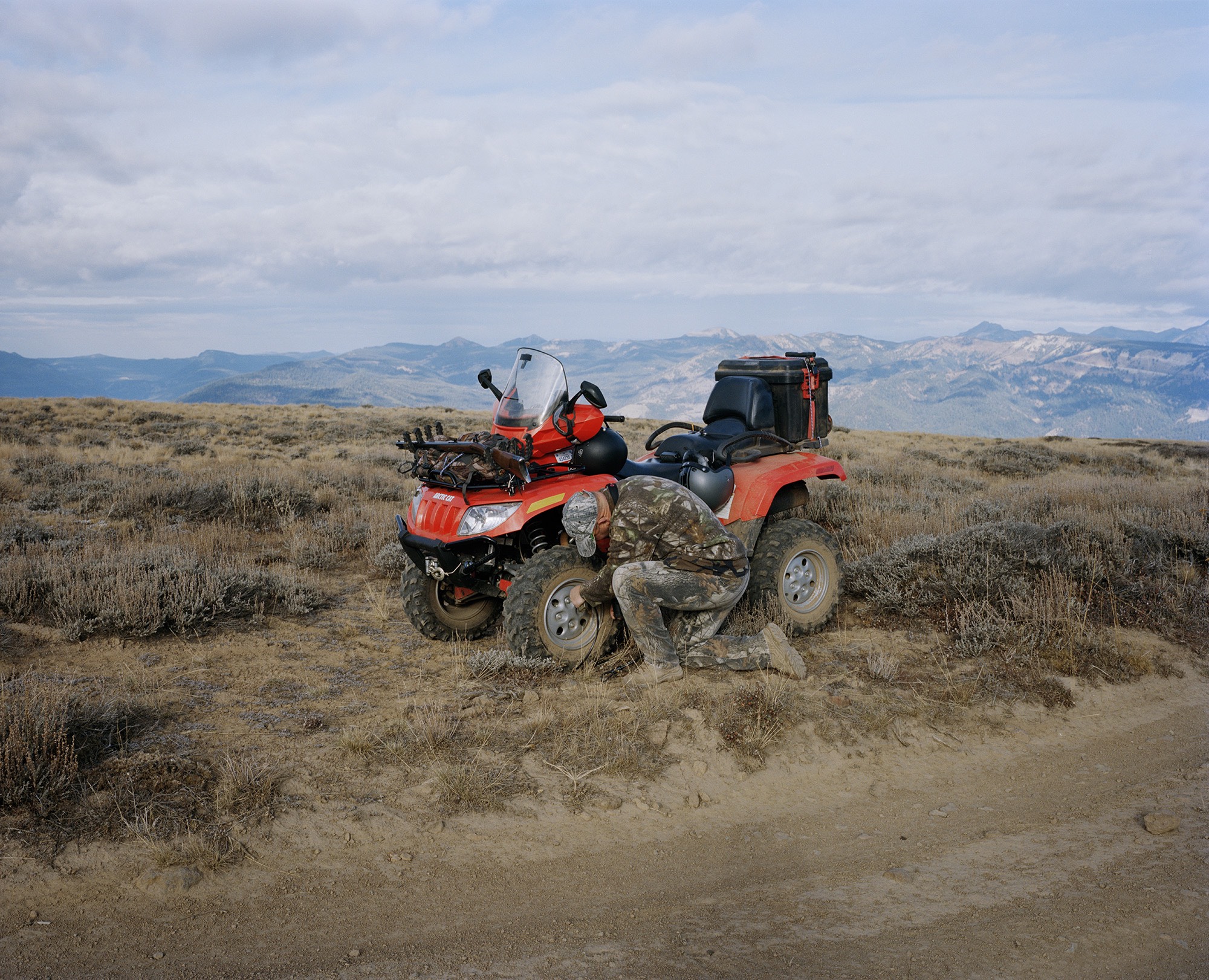 The biggest challenge was to avoid getting into discussions about values, politics and religion: “I knew that we had different views on things, but I wanted to document their lives; not my own.”

“I was also in a really interesting position of being an outsider culturally and an insider biologically, which gave me a rather individual perspective, and enabled me in some way to detach myself and focus on the work.”

While she is half American, there is a part of America – a part of being American – that always felt extremely foreign to Alice. “Experiencing this other America first hand was so different than I thought it would be and very different from the expectations I had prior to the initial visit. It taught me that you shouldn’t prejudge people, their beliefs, or their way of life and opened my perspective on things.”

“As my relationship with the family grew my interest in going deeper into my American side also grew, and I think if you really study the images you can see that there is an honest and growing curiosity in them,” she says.

“This is my family and we share more than just a last name.” 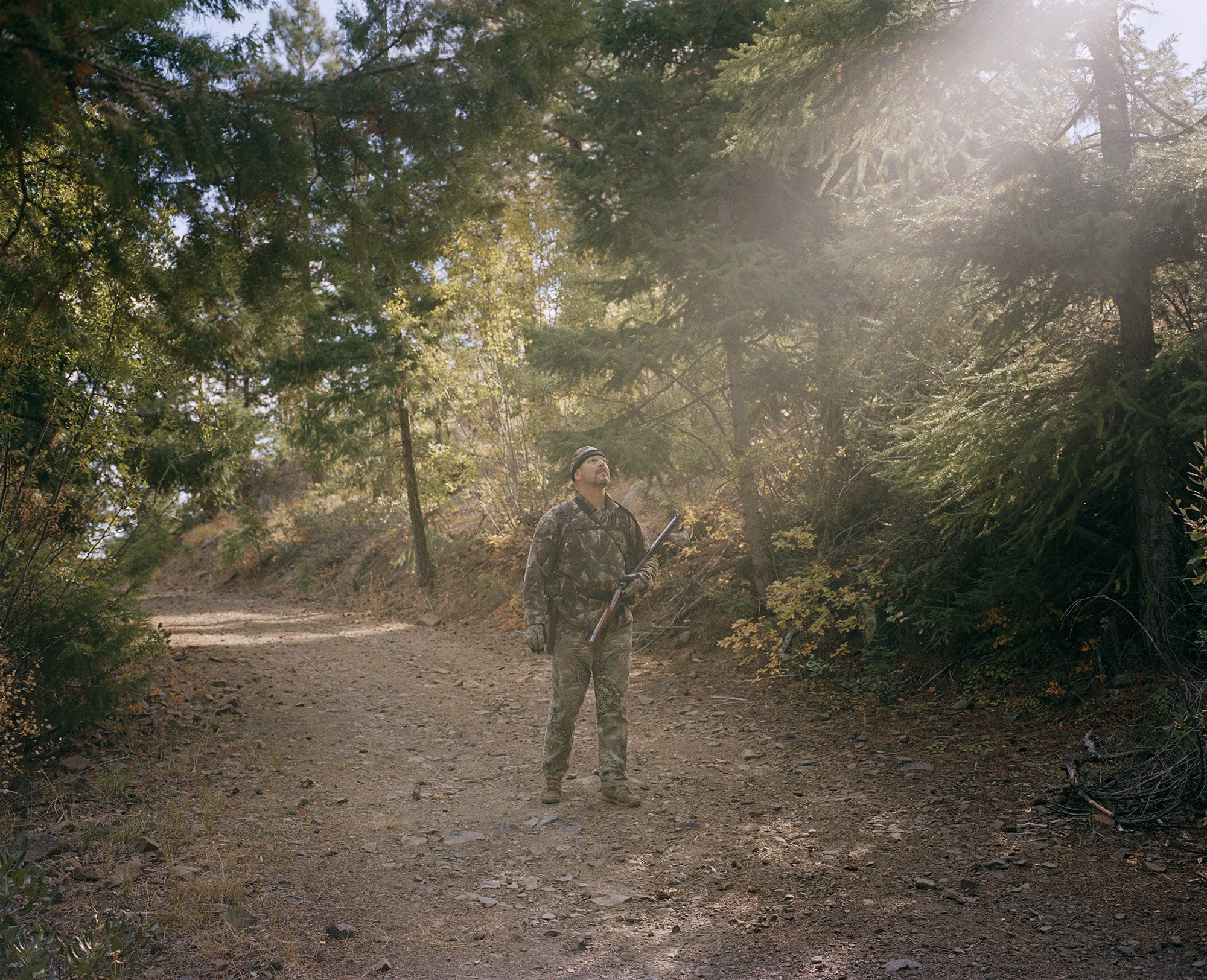 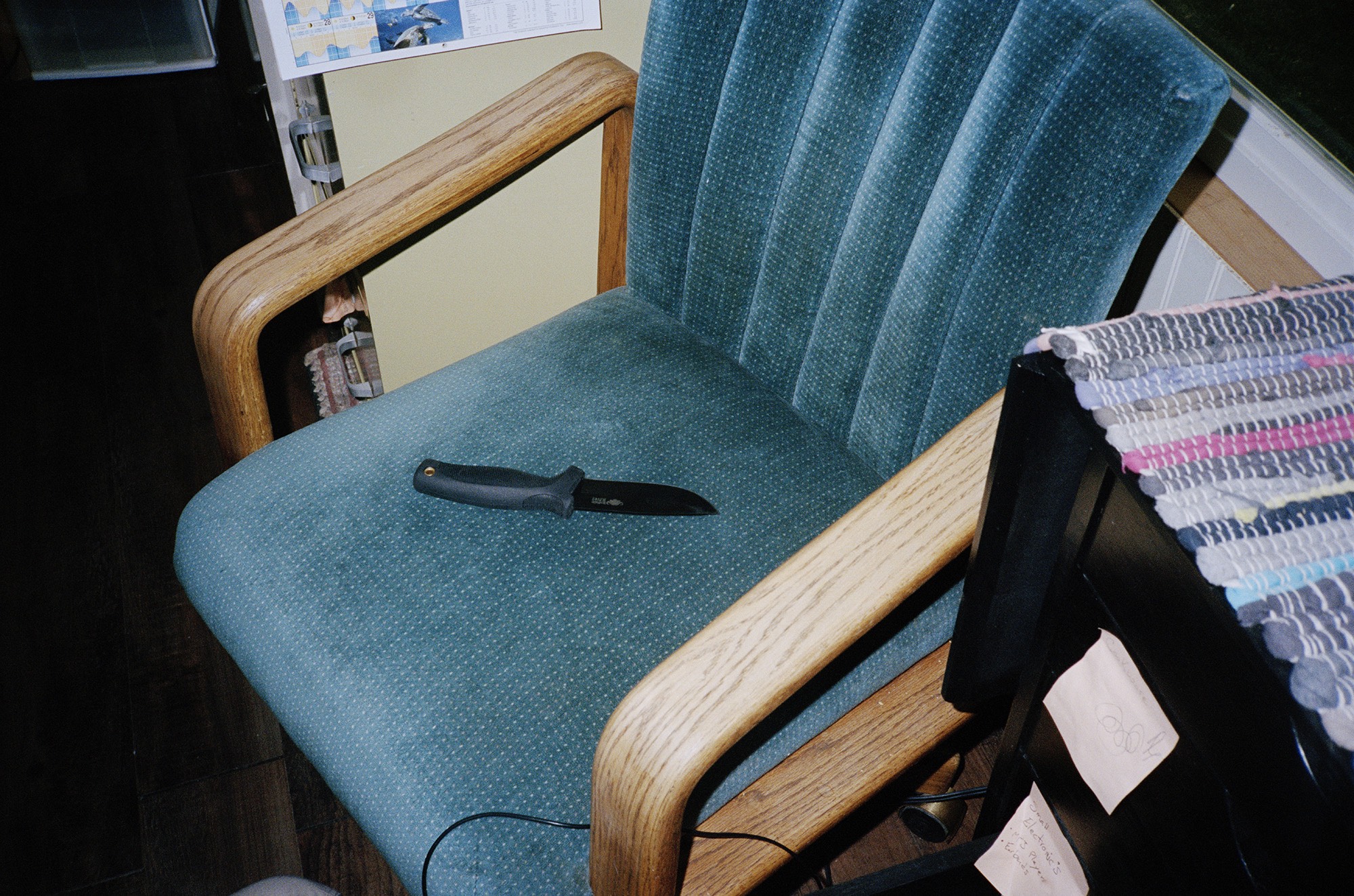 The book Schoolcraft will be released in June 2019 by Bemojake.

Linkedin
RELATED ARTICLES
OTHER ARTICLES
Photographer Phyllis Christopher recalls capturing sex and protest at a time when the city had become a haven for the queer community.
From the Yakuza to a biker gang, Bruce Gilden recounts capturing Tokyo and Osaka in the ‘90s.
Following the release of his latest album God Don’t Make Mistakes, the rapper talks horror villains, police brutality and being unafraid to show his vulnerable side.
Members of the collective share some of their reasons to run as part of #UnitedBySummits, a campaign that looks to uncover transformative power of the outdoors.
Following the release of his newly republished 1991 book, Redheads, the American photographer reflects on his celebration of ginger people and their magnetic power.
In the last of our dispatches from OFFF Barcelona, Rufus Deuchler and Vincent Gault discuss the future of creative process.