“Good art is enigmatic,” photographer Roger Ballen explains. “If you come to the real crucial nitty gritty about what life is, who you are, why life exists, where it came from and where it’s going: all these deep issues take you to the conclusion that it’s an enigma, you can’t put your finger on it. You really don’t understand it, you know you never will understand it and you’re left trying to define something that’s undefinable.”

Ballen’s latest project, Theatre of the Mind, is a short psychological thriller that explores the dark space between sanity and insanity, dream and reality. It develops a train of thought Ballen began a long time ago, in which he uses photography as a tool to explore the mind. He developed this idea in his recent book collaboration with writer Didi Bozzini, The House Project, which took the idea of living space as a metaphor for our interior lives. 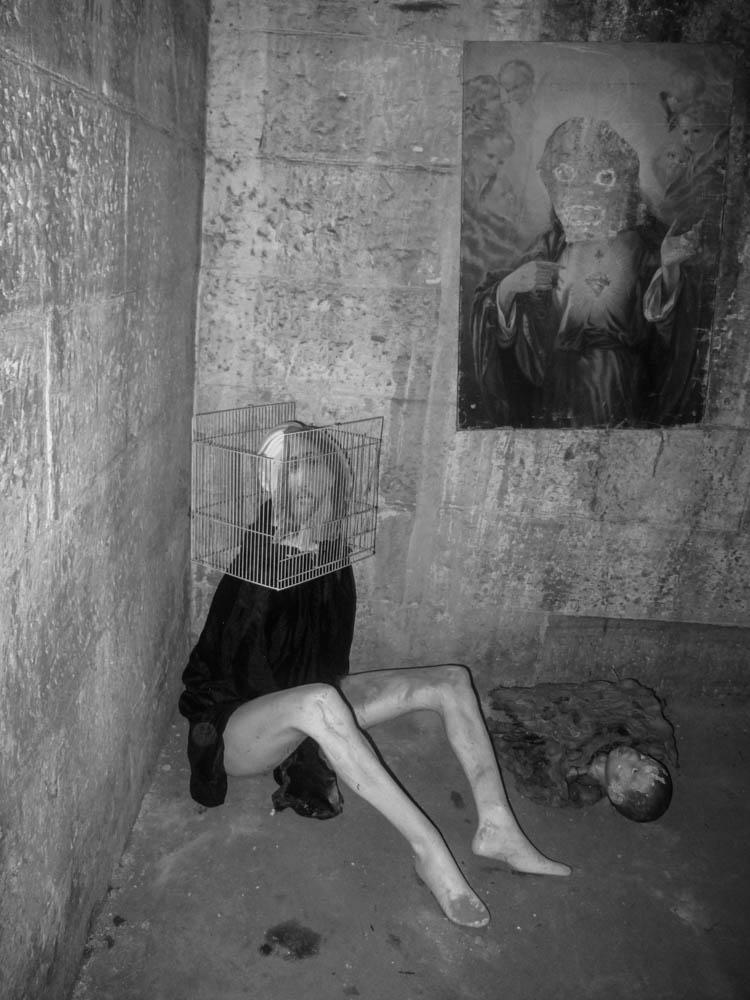 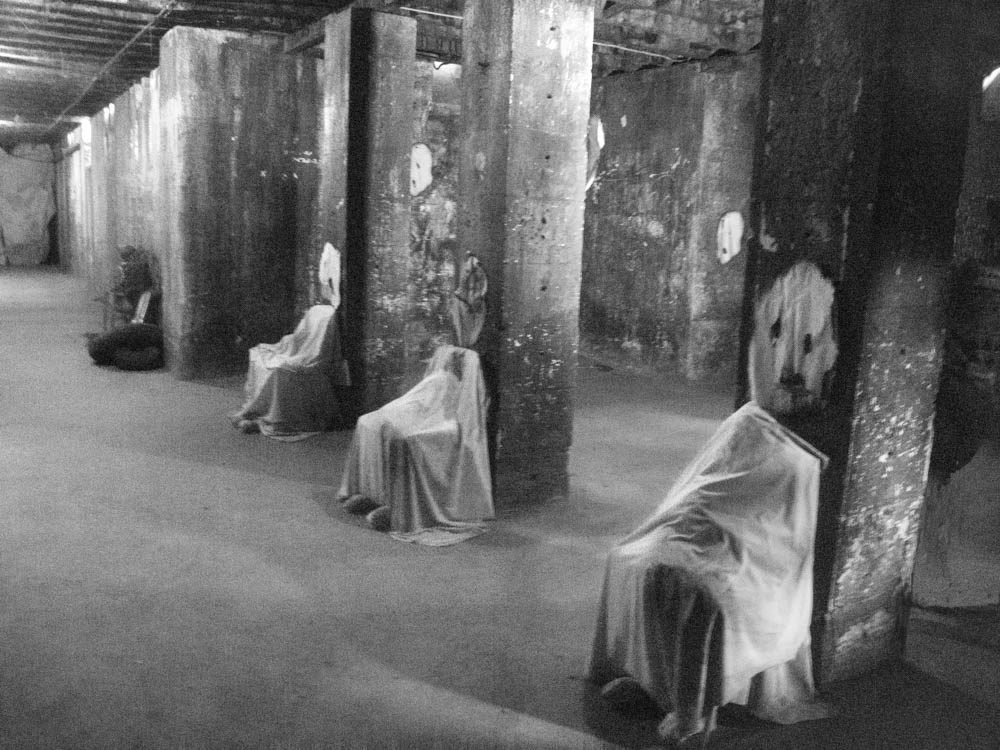 Theatre of the Mind, grew out of a photographic installation he put on earlier this year at Sydney University’s school of art and design, in tunnels which were built as an insane asylum in the 1880s. “The surface buildings almost looked like a Van Gogh painting,” Ballen explains. “Underneath the university were dungeons connected by long tunnels, ultimately to the river, where they used to bring the patients to the insane asylum.” The idea for a film came to him spontaneously during the exhibition.

As Ballen’s work has shifted further and further away from pure documentary towards more composed work, some have seen his approach to be caricaturing his subjects’ often distressing situations. His discomforting work has at times been accused of exploitation, but Ballen sees himself more like surrealist playwright Samuel Beckett, exploring his own psyche. 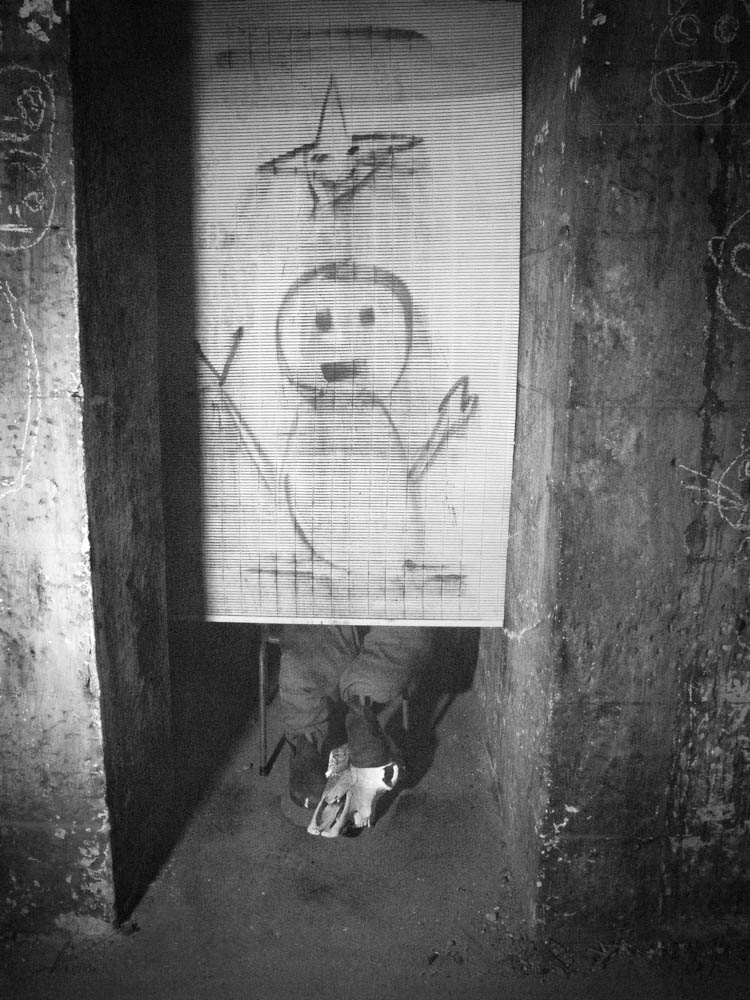 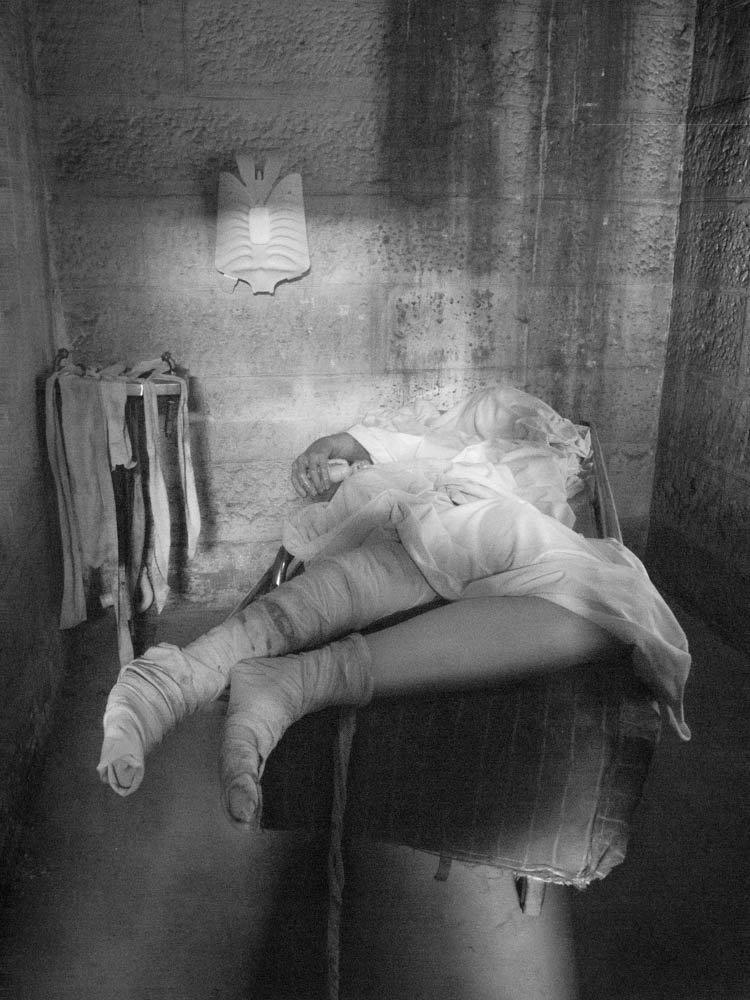 “I’ve been doing photography for 50 years, so it’s been a long evolutionary process,” Ballen explains. “I’ve gone from somebody who quietly documented the reality around me to somebody who’s now trying to interrogate abstract ideas.”

“People don’t understand that if you take [photography] seriously, it’s no different to what paint is to a painter or what a pencil is to a writer,” he continues. “It’s tool to express oneself in the world – it’s a tool! More people use a camera than any other so-called artistic tool, but most use it superficially. But it can be a transforming tool, of the world around you and the world inside of you.”

Whatsapp
RELATED ARTICLES
OTHER ARTICLES
From lamplit street corners to red-brick estate fronts: artist Frank Laws pays tribute to the mundane magic of the city.
In the early hours of this morning, activists disrupted targets – including the Home Office and coach company W&H Tours – allegedly associated with deportation.
In a new book, KK Ottesen profiles 40 US activists who have dedicated their lives to the fight for human rights.
This week, protestors have been taking a stand against inequality, corruption and soaring living costs. We join them on the streets as they fight for a fairer future.
Writer and former-Deliveroo rider Callum Cant discusses the gig economy, ethical consumption, and the new strategies of resistance.
In their emboldening new book Trans Power, the LGBTQ activist makes an urgent call for change, while offering a new perspective on ‘trans‘ identity.