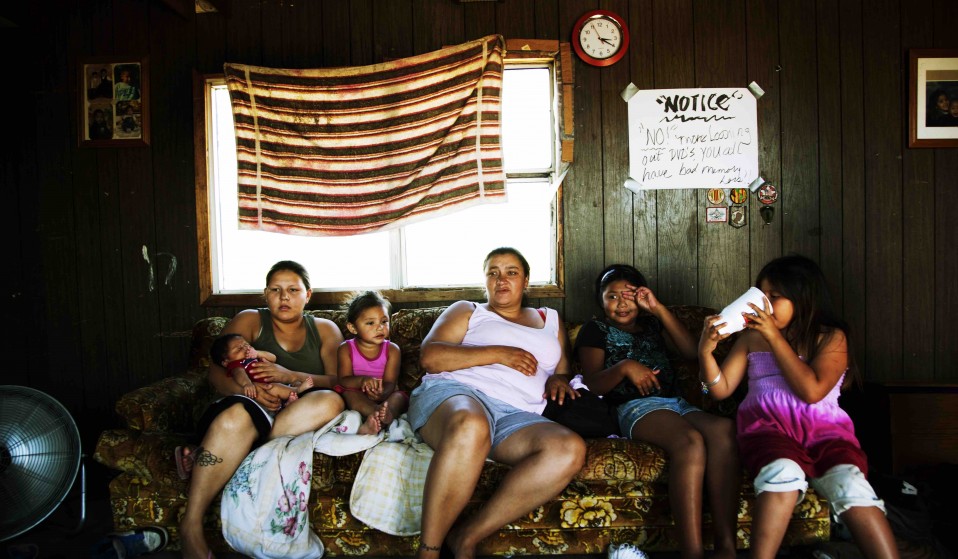 Photographer Q. Sakamaki documents the lives of the Lakota people of Pine Ridge Reservation, South Dakota, a community defiant in the face of oppression.

Photographer Q. Sakamaki documents the lives of the Lakota people of Pine Ridge Reservation, South Dakota, a community defiant in the face of oppression.

Established in 1899, Prisoner of War Camp #334 (aka Pine Ridge Reservation) is home to the people of the Oglala Lakota tribe, and has been ever since they were forced to abandon their native lands by the U.S. government. It was also the site of the Wounded Knee Massacre, the largest slaughter of innocent men, women, and children on American soil – a fact the often gets ignored when the U.S. media reports on mass shootings. 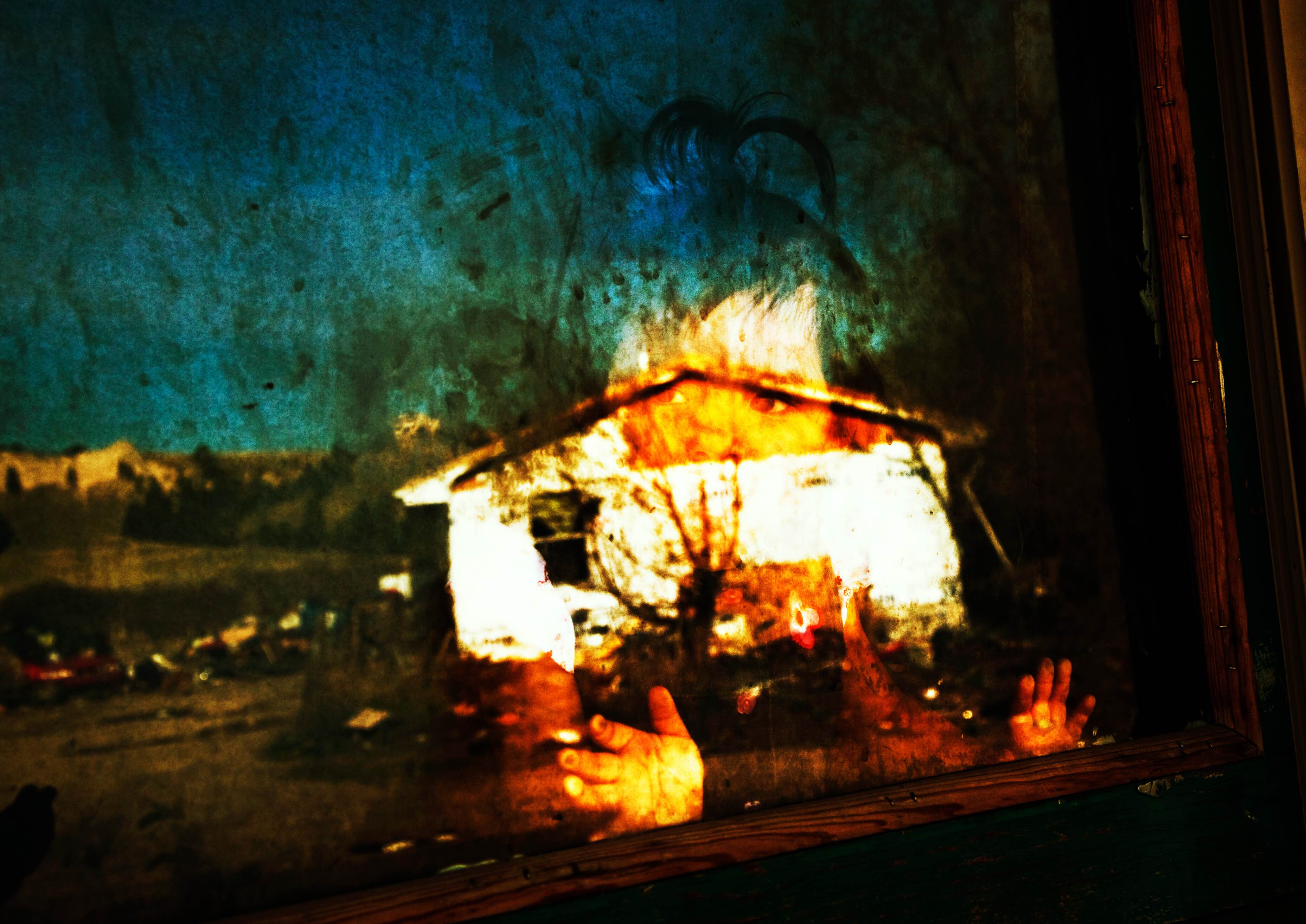 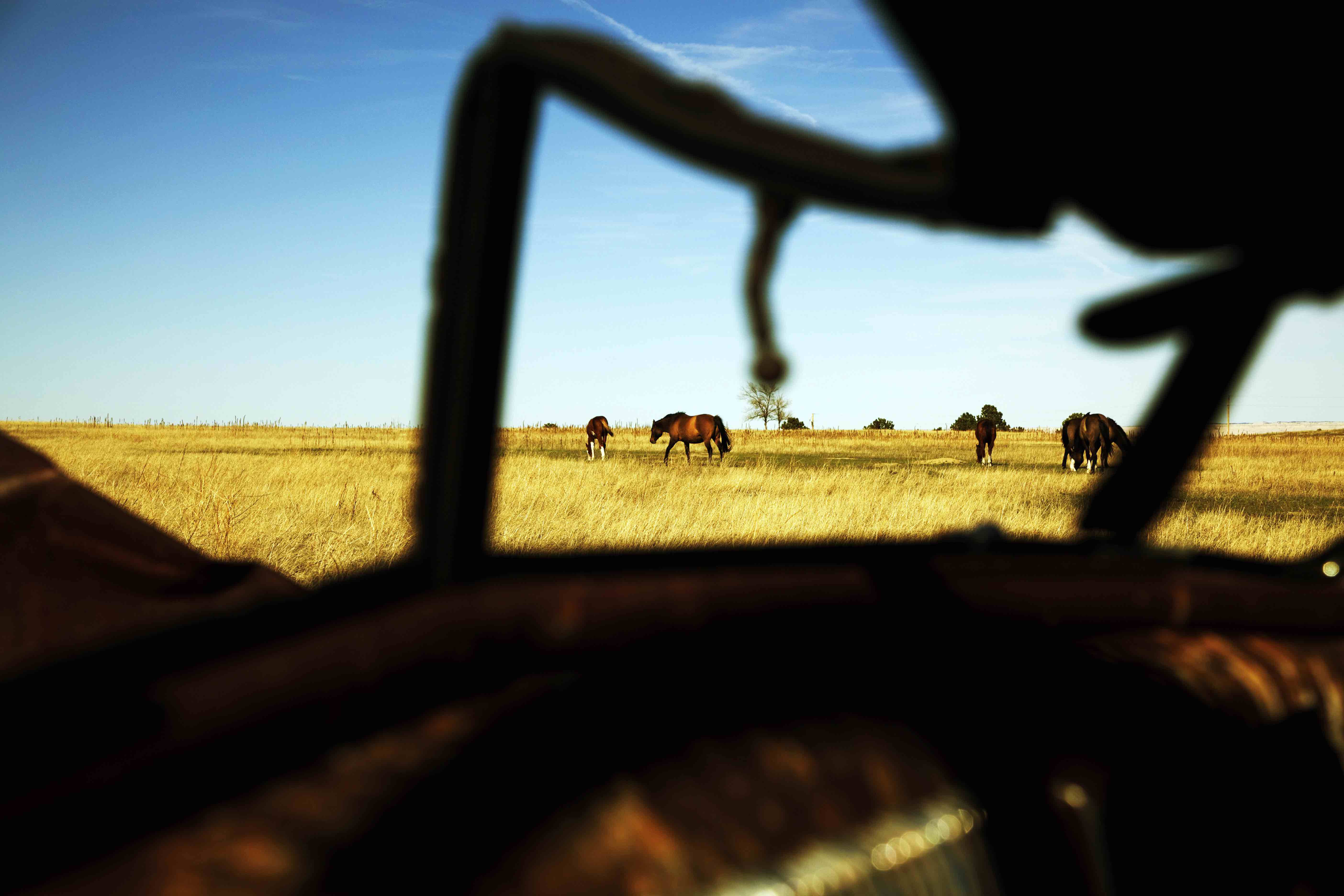 On 29 December, 1890, troops from the U.S. 7th Cavalry Regiment went into the South Dakota camp on a mission to disarm Black Coyote, a deaf man, while he was performing a ritual called the Ghost Dance. The rifle in question went off, and the U.S. soldiers charged the Lakota people, who had been disarmed. By the time they were done, some 300 innocent Lakota men, women, and children had been killed.

The U.S. government awarded Medals of Honor to 20 soldiers in the massacre at the time – only to express “deep regret” for the slaughter a century later, as reported by The New York Times in 1990. 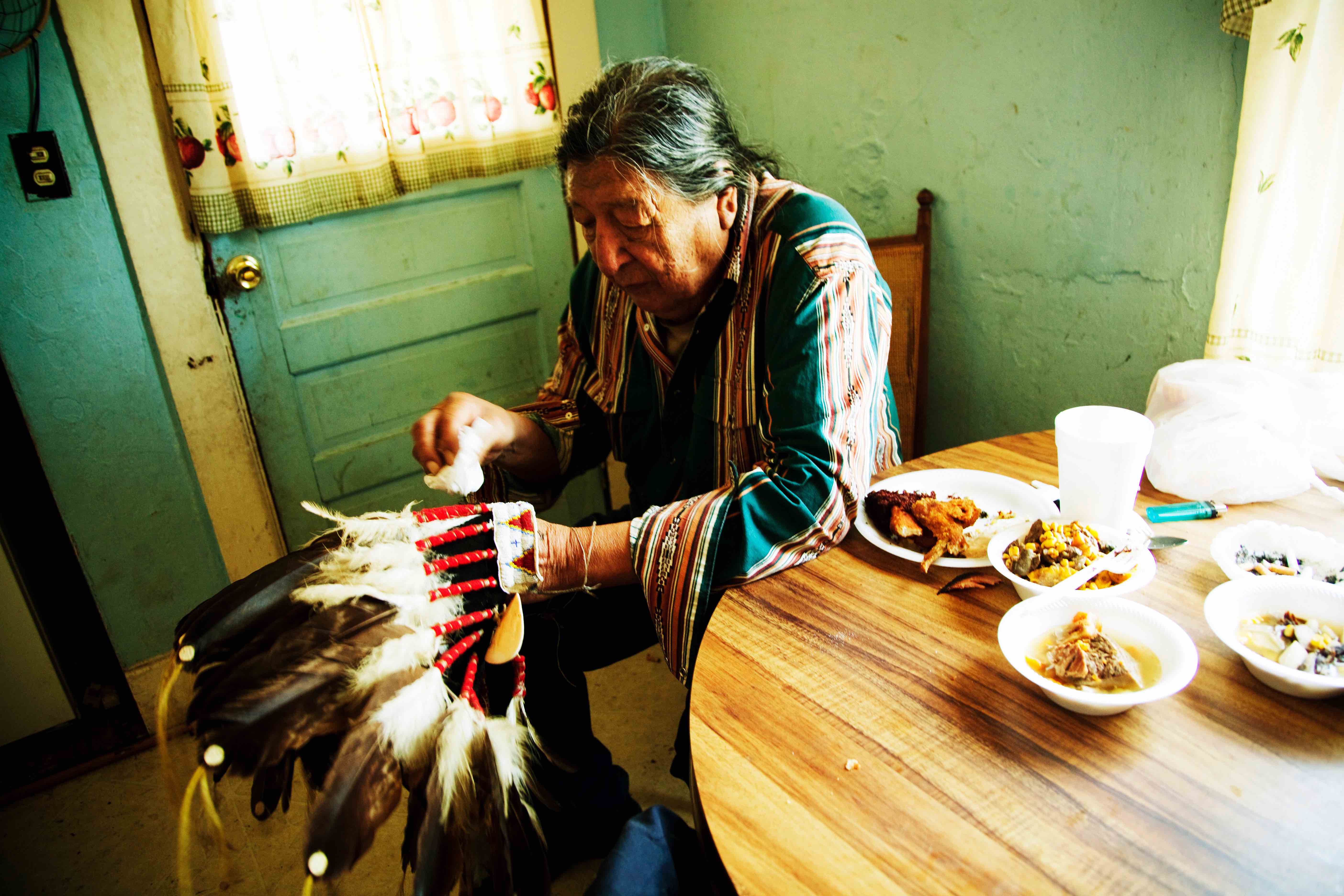 That regret did not extend beyond mere words. For the past century, the Oglala Lakota, one of the seven tribes of the Great Sioux Nation, have been forced to live at Pine Ridge, the nation’s eighth largest reservation in conditions of extreme poverty, enforced by government policy and the breaking of treaties, which has resulted in the loss of vast natural holdings for the Lakota peoples.

Although Pine Ridge is nearly 8.9 square kilometres, only about 30,000 hectares of the land can be used for agriculture, leaving the more than 40,000 occupants dependent on government services. But opportunities for self-sufficiency are few and far between as the unemployment rate is at a staggering 90%, with the average per capita income at about $6,000 USD.

These conditions have created dire consequences as life expectancy for men is just 48, roughly the same as Afghanistan and Somalia, and the infant mortality rate is five times the national average. 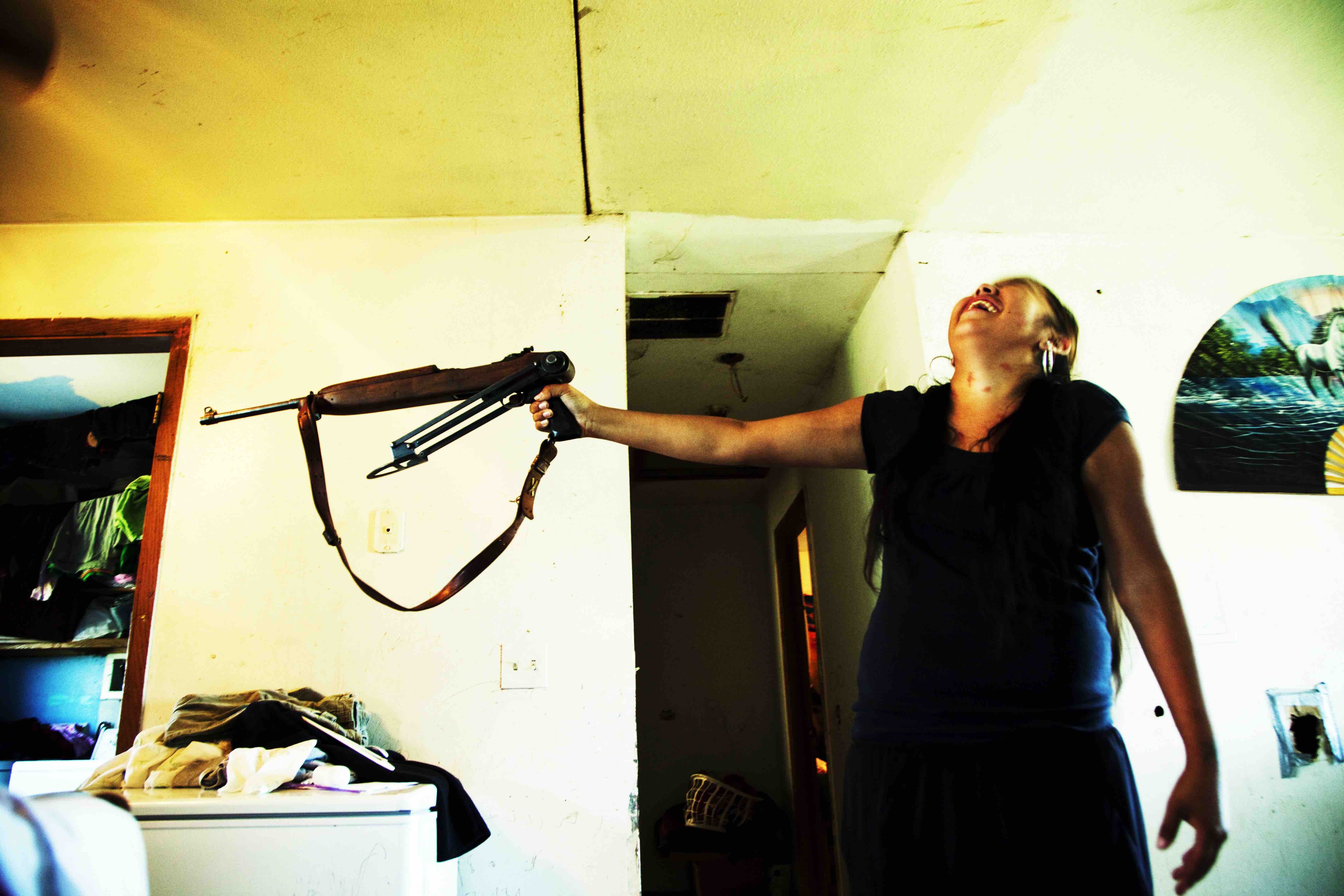 In 2010, Japanese photographer Q. Sakamaki visited the people living on the land, documenting the struggles they face in the twenty-first century for his series Buffalo Nation. “Their land was invaded, their population was decimated, and they live in a concentration camp like reservation, yet school textbooks and the media don’t expose the country’s dark side,” Sakamaki explains.

“I want to shed light on it. The struggle of First Peoples and the neglected history exist in other countries in the world. Japan also has indigenous people and its dark history against them. That may be why this story of Buffalo Nation resonates with me.”

Sakamaki’s photographs reveal the conditions under which the Lakota are forced to live, and their struggle to survive within a system predicated on genocide. “Their life expectancy used to be 80. Their bodies were well built as buffalo hunters,” Sakamaki continues. But then the buffalos were slaughtered en masse, driving them to the brink of extinction from which they have only just begun to recover. 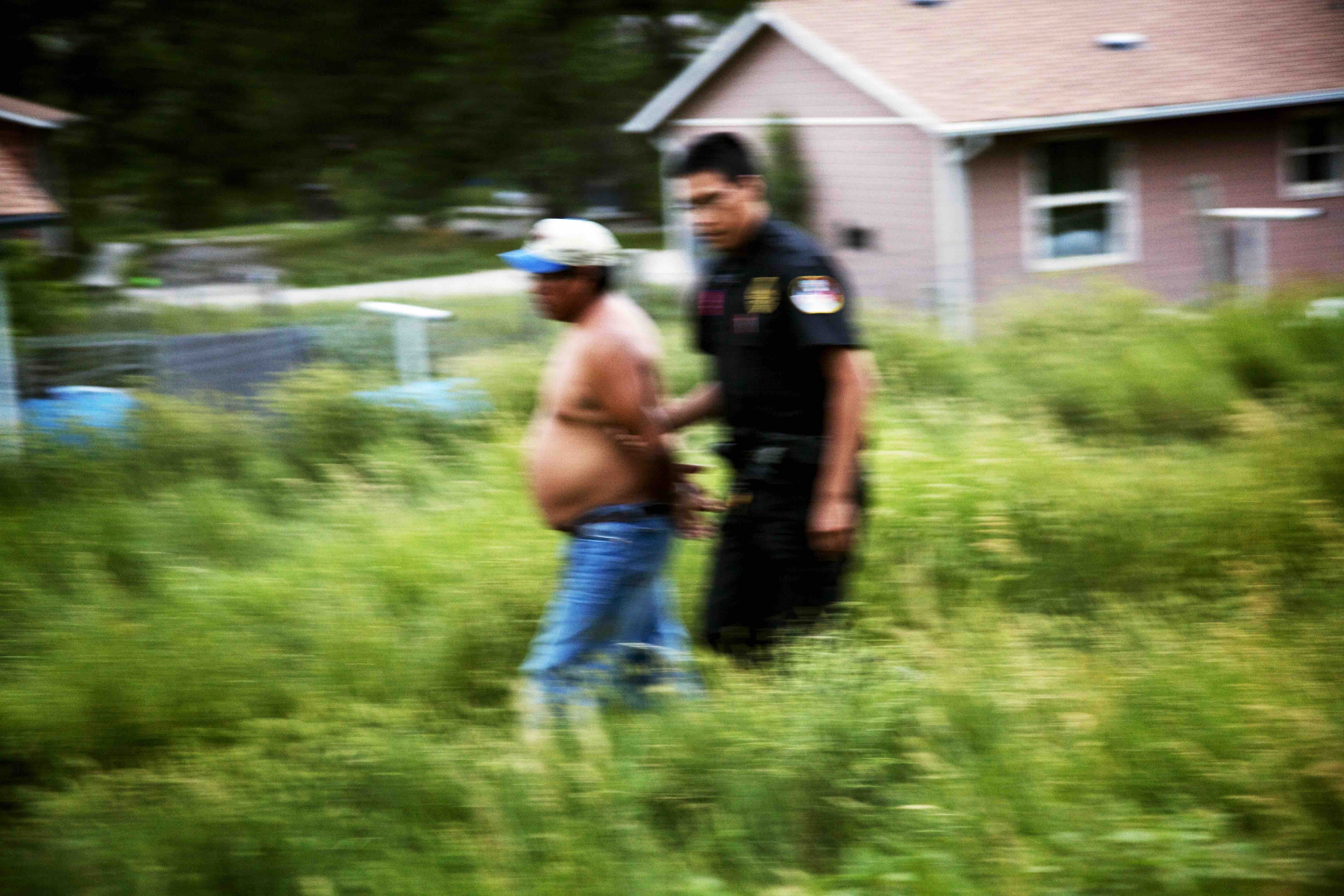 Sakamaki, who moved from Japan to New York’s East Village in 1986, was immediately exposed to the U.S. government’s assault on the community during the Tompkins Square Park Movement, a series of anti-gentrification protests that turned into riots after the police abuse of power.

Throughout his career, he has documented the effects of systems of power preying upon the innocent. Whether photographing in Palestine, Kosovo, or Haiti, Sakamaki uses photography as a tool to advocate for human rights. Invariably, he turned his eye on the plight facing the First Peoples of his adopted home, on a mission to speak truth to power. 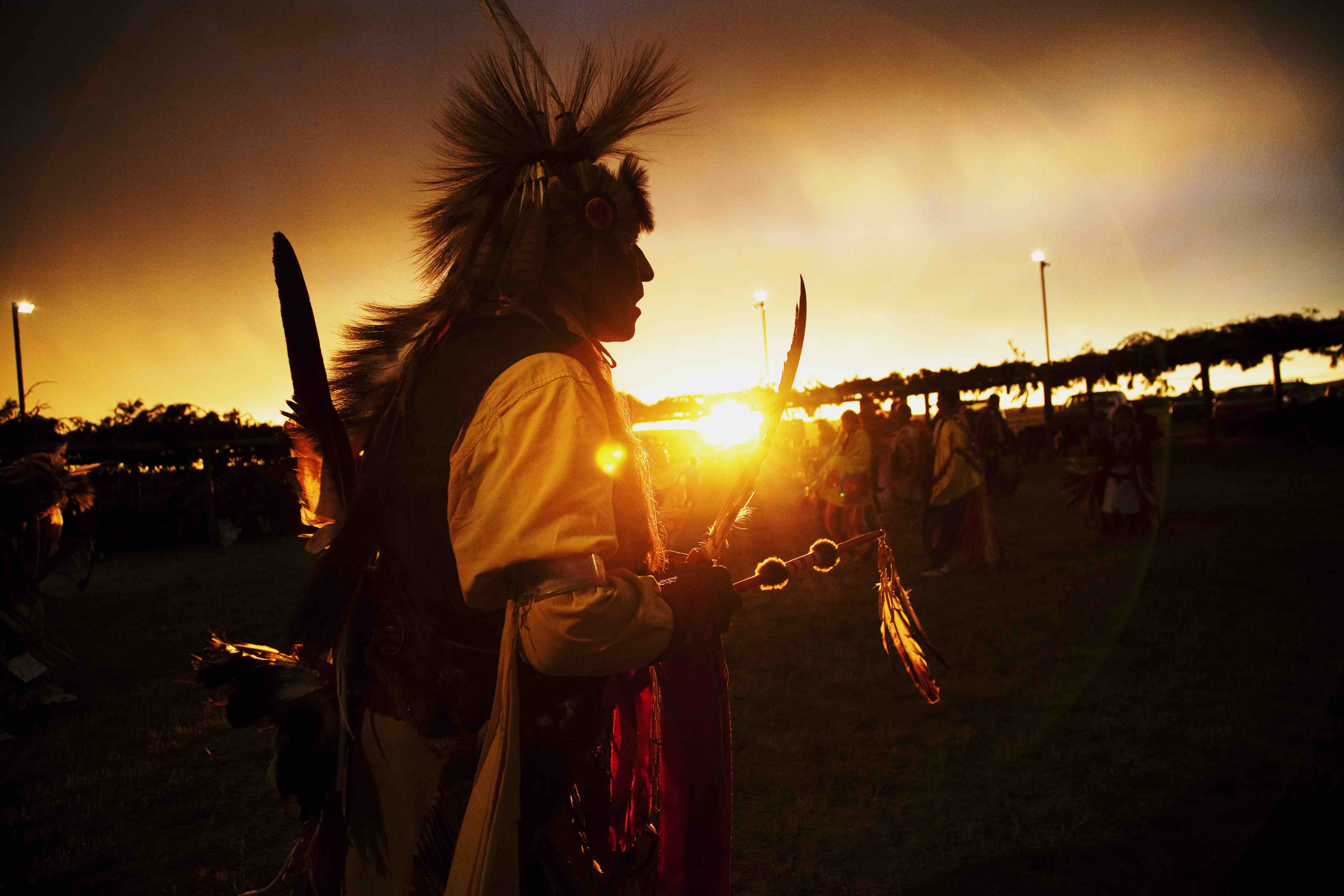 For the Lakota sentenced to life at Pine Ridge, the situation is bleak. There are virtually no jobs outside of the U.S. military. There are many uranium mines near the reservation, and nobody knows the radiation impact. President Trump revived the Keystone Pipeline project, which could destroy the aquifers, and other parts of the environment.

Sakamaki’s photographs tell a brutal truth: the true story of America, a nation built on stolen land that that has systematically targeted those it massacred and plundered as enemies of the state.

Linkedin
RELATED ARTICLES
OTHER ARTICLES
The pro skateboarder withdrew from the 2020 Olympic Games so he could come out as trans. Now, he’s hoping to encourage others to live as their authentic selves – within the sport and beyond.
The first-generation graffiti artist reflects on the tagging’s emergence as an art form and the players who pushed the medium forward.
David 'Dee' Delgado’s photo project is about honouring and uplifting the city of his youth, and a world rapidly disappearing under the relentless onslaught of gentrification.
Activists and campaigners are fighting back against new laws that would seriously undermine the ability to take industrial action, calling it an attack on fundamental workers' rights.
Taking us through one of the most dynamic years in recent history, Laylah Amatullah Barrayn new photo book contains tender yet confrontational portraits.
Jeffrey Henson Scales intimate portraits and protest images of the BPP and its leaders offer a rare insight into organisation at a time of societal upheaval.