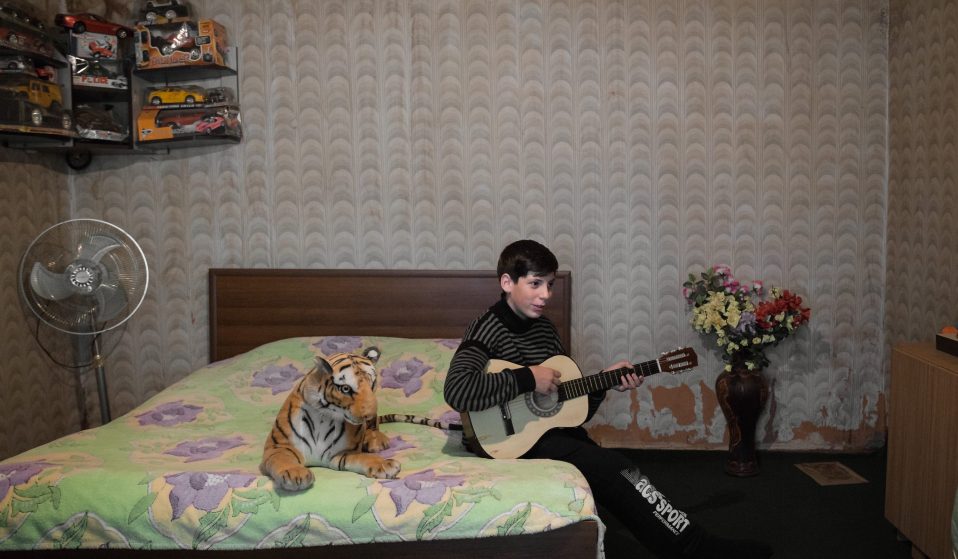 Georgia’s Pankisi Valley has long been seen as a centre of crime and violent extremism. But a new photo project uncovers a very different picture – revealing a community who are desperately trying to escape the shadows of their past.

Georgia’s Pankisi Valley has long been seen as a centre of crime and violent extremism. But a new photo project uncovers a very different picture – revealing a community who are desperately trying to escape the shadows of their past.

Tucked between the Caucasus mountains and the Alazani River, Pankisi is an isolated region in northern Georgia encompassing nine villages. At the heart of the region lies the idyllic valley of Pankisi Gorge, but its apparent calm is deceptive.

“One would never know that the small region was internationally known as ‘The Valley of Terror’,” says Maximilian Mann, who collaborated with fellow German photographer Tim Brederecke on a project centred around the Valley.

Following the Chechen crisis in the ’90s, thousands of refugees fled over the mountains into Georgia, and many ended up settling in the Pankisi Gorge area, home to a Chechen Muslim minority called the Kists. Then, after cases began to emerge of a small number leaving Pankisi to join ISIS, the valley swiftly gained a reputation for violent extremism, dragging the entire community of 8000 under this prejudice. At one point, it was even suggested that Osama Bin Laden was hiding out in the gorge. 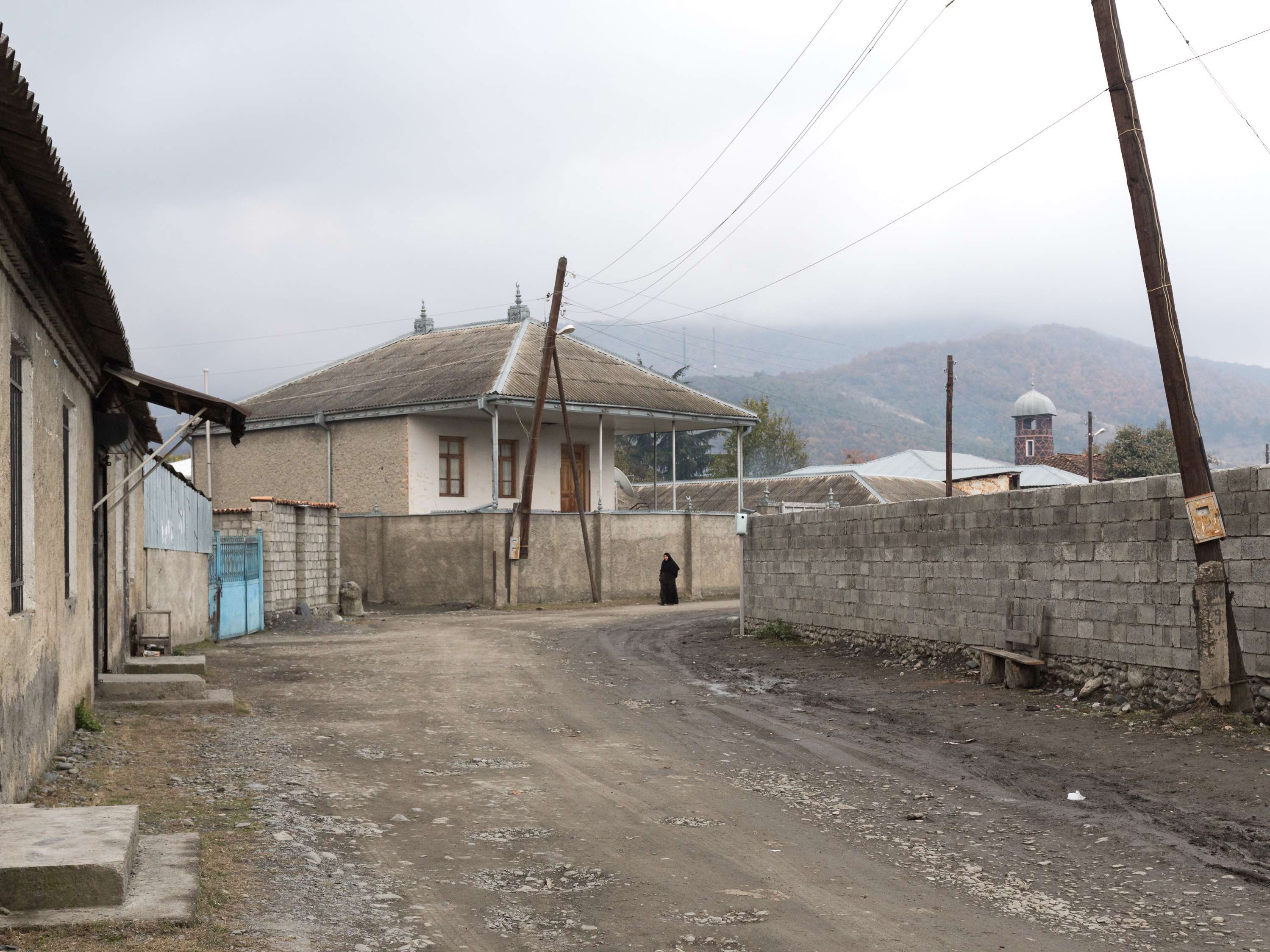 At first the Kist converted to Christianity to get the permission to settle in the valley. In the 20th century and after the Soviet Union most converted back to Islam.

Today, the region’s bad reputation continues to hold. However, the photographers note that “most villagers dissociate themselves from radical beliefs and try to attract investors for the valley.”

Their project came about almost by accident, as poor weather conditions cut their original plans to document Georgian shepherds short. After reading about Pankisi, they decided instead to focus their energies on this remote and misunderstood region.

“I’ve been dealing with post-Soviet states for some years now,” explains Mann over email. “For me, the regions with all their similarities and differences are fascinating. Many post-Soviet states are still trying to find their place between Russia and Europe. Nevertheless, knowledge of this region – which is marked by ethnic conflicts – independence efforts and civil wars, is limited. I wanted to learn more.”

Visiting the valley twice on two separate occasions, once in autumn and once in spring, the two spent a fortnight in Pankisi altogether. 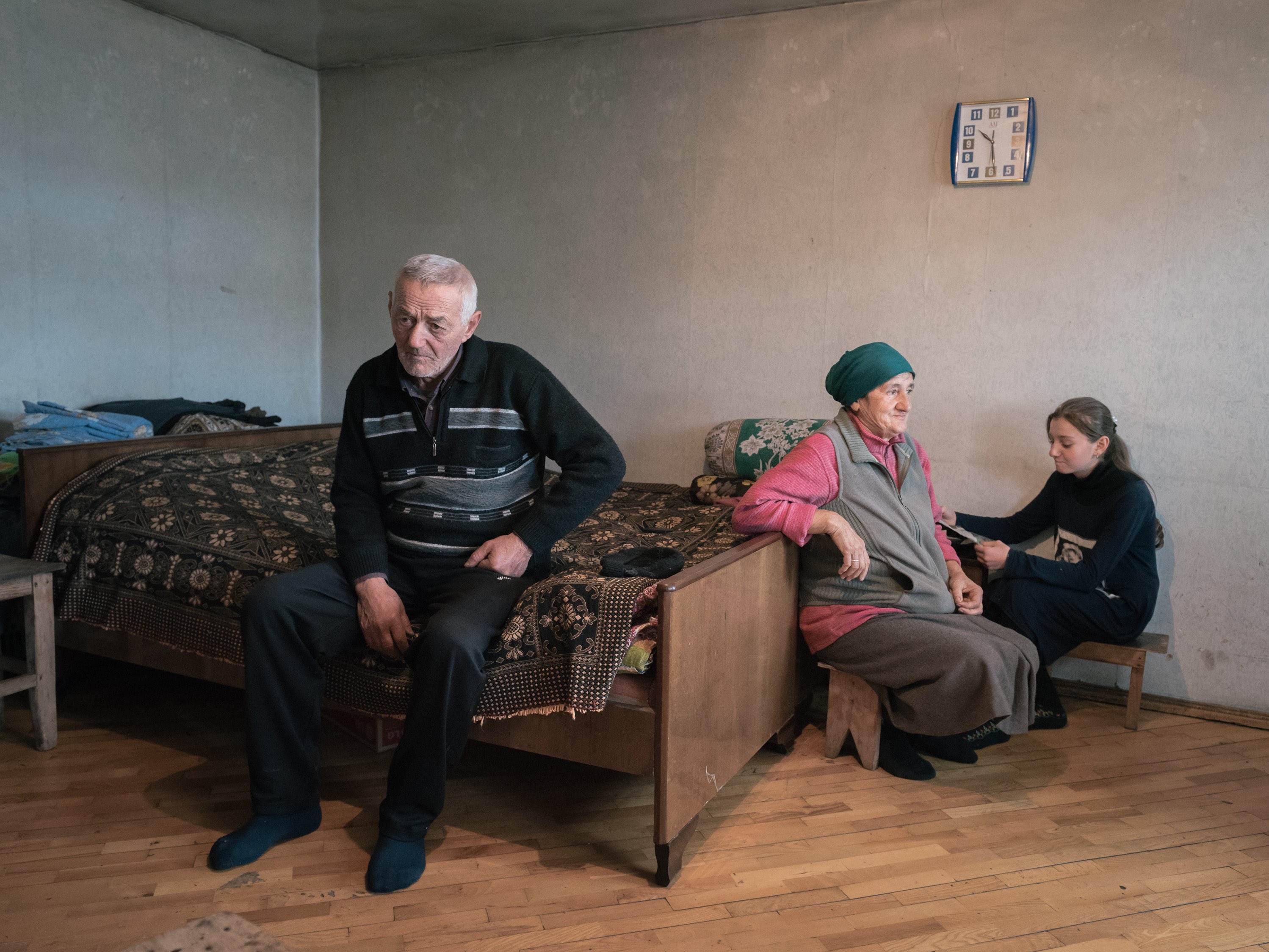 Samira Gumashvili (13) spends a lot of time with her grandparents Lena and Noshrevar. Their small farm is located right next to the Alazani.

Prior to going, they’d heard only negative things about the place, but the experience they were met with was a sharp contrast to what they’d heard. “Some guides warn against travelling to the valley,” says Mann, “but we experienced it differently, and were received incredibly warmly by many people.”

Despite a widespread distrust of journalists in the Pankisi region, the photographers say that most bad experiences had occurred because journalists had typically stayed for a very short time. “With a deep interest in people and enough time, trust develops on both sides. That was very important to us,” they say.

During their stay, the two were even granted access to photograph the women in the mosque praying, a rare opportunity for two men. “It was a lasting memory for me, for which I am truly grateful,” says Mann.

Overall, the photographers say they wish to present an alternative view of Pankisi Valley. “We want to show people’s everyday life in an honest and dignified way,” Mann explains. “We do not want to dramatise, but rather show the valley from our subjective point of view.” 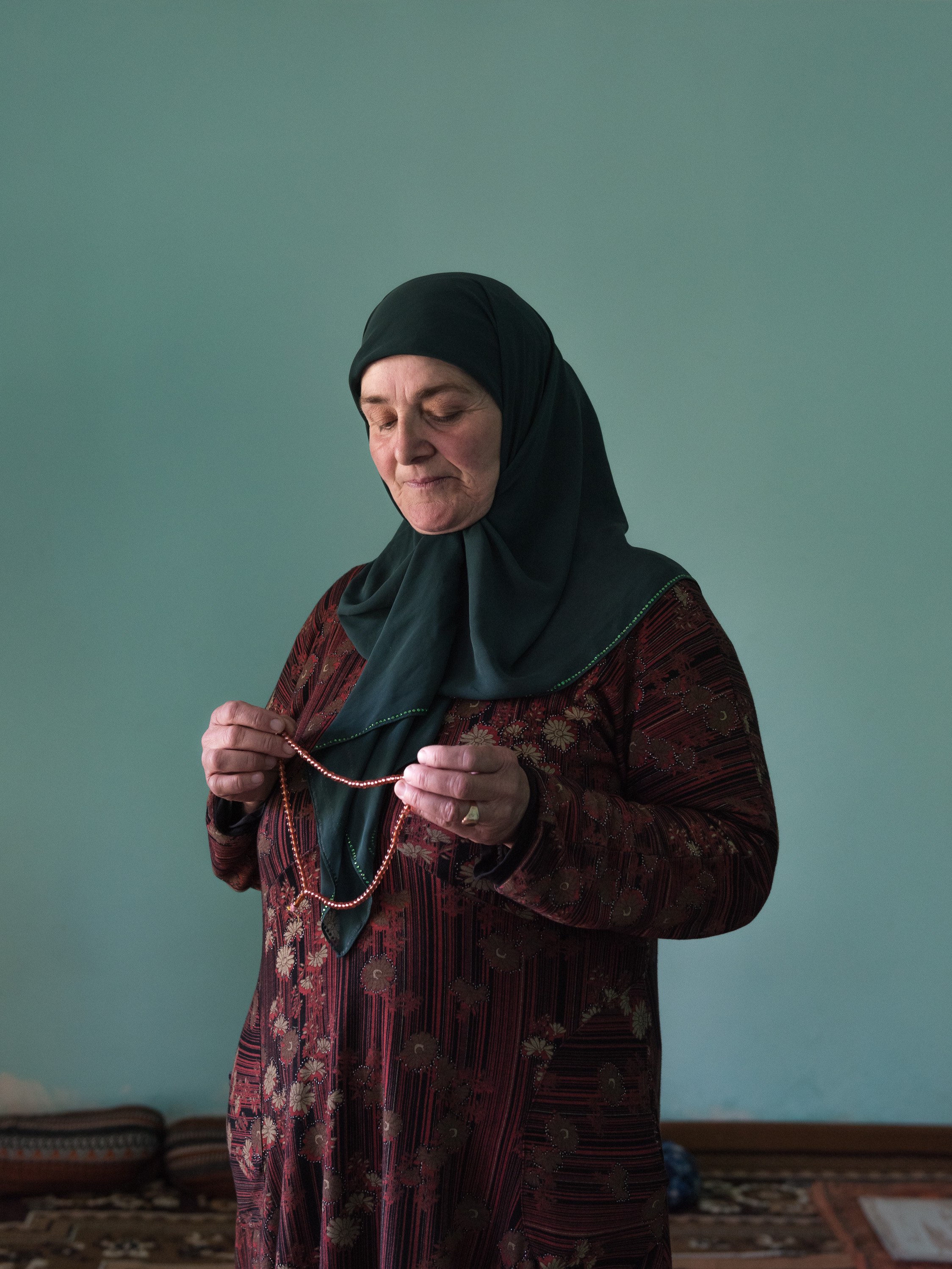 Raisa Margoshvili is the leader of the Sufi community and their singing group. 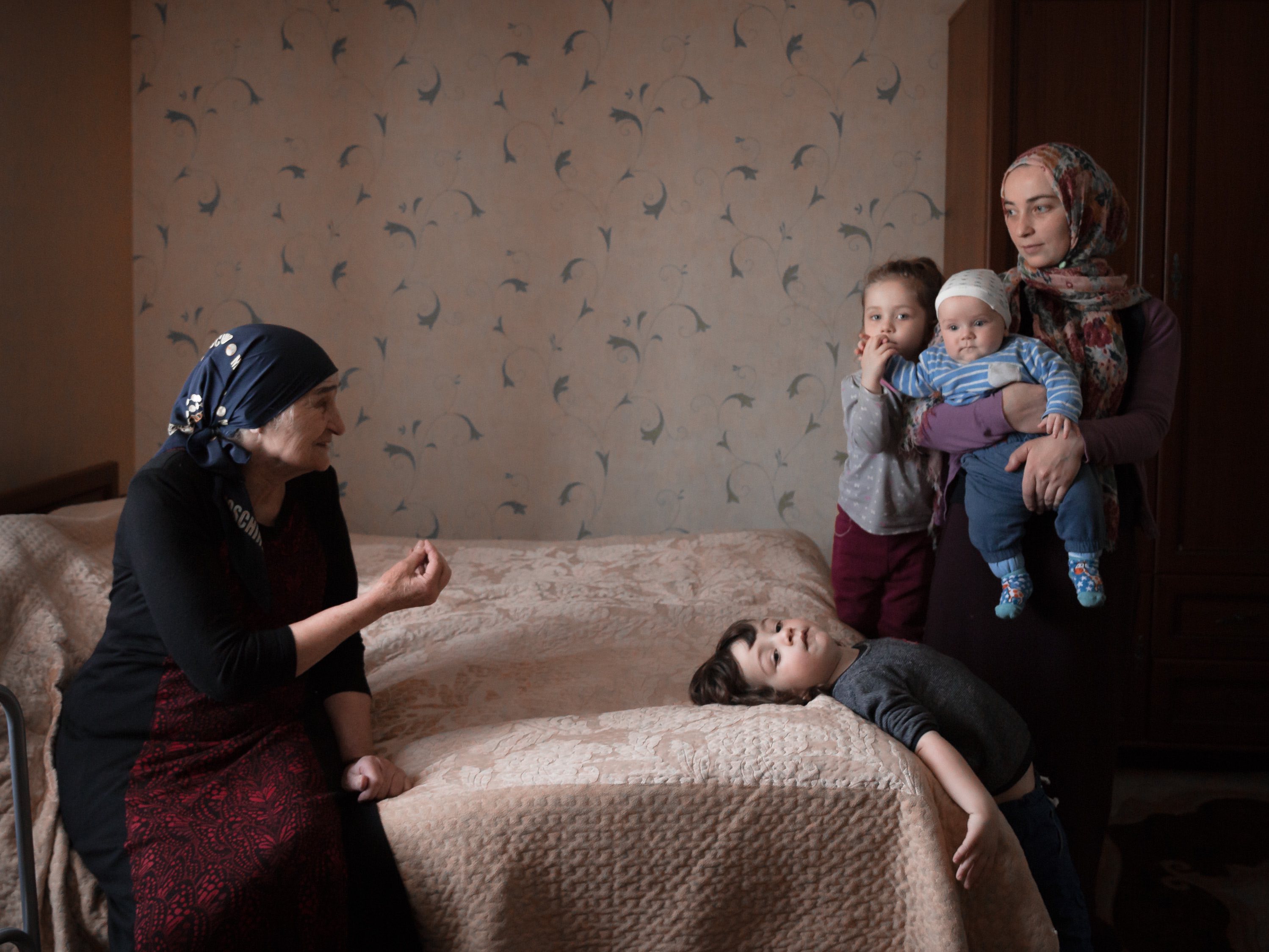 Makva Margoshvili (left) is called Badi since childhood. After the Chechen war Badi was a peace activist and founded a support group for women in the valley. 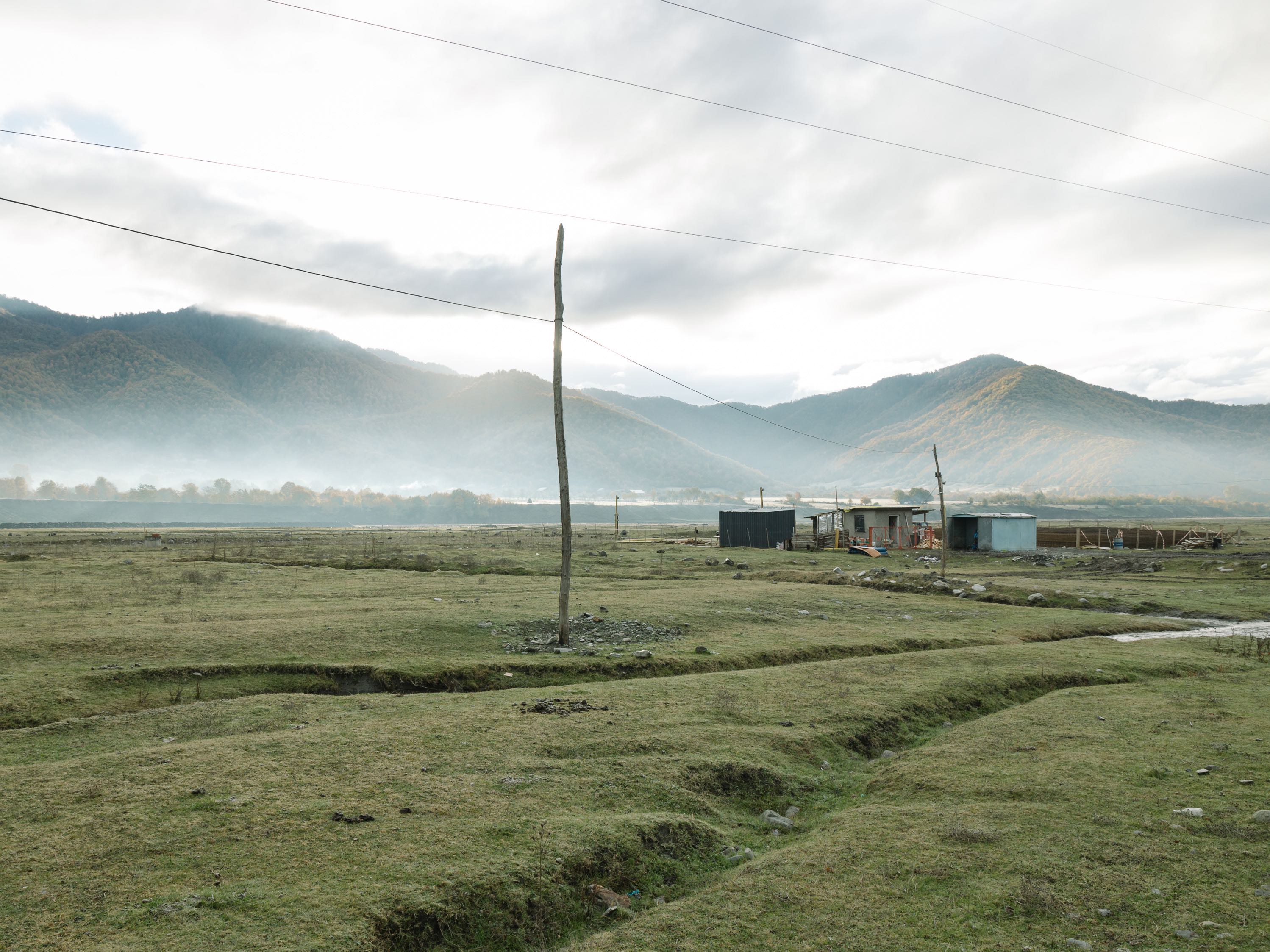 The Alazani River once shaped the Pankisi Valley. During winter the river shrinks down to a fraction of its usual size. 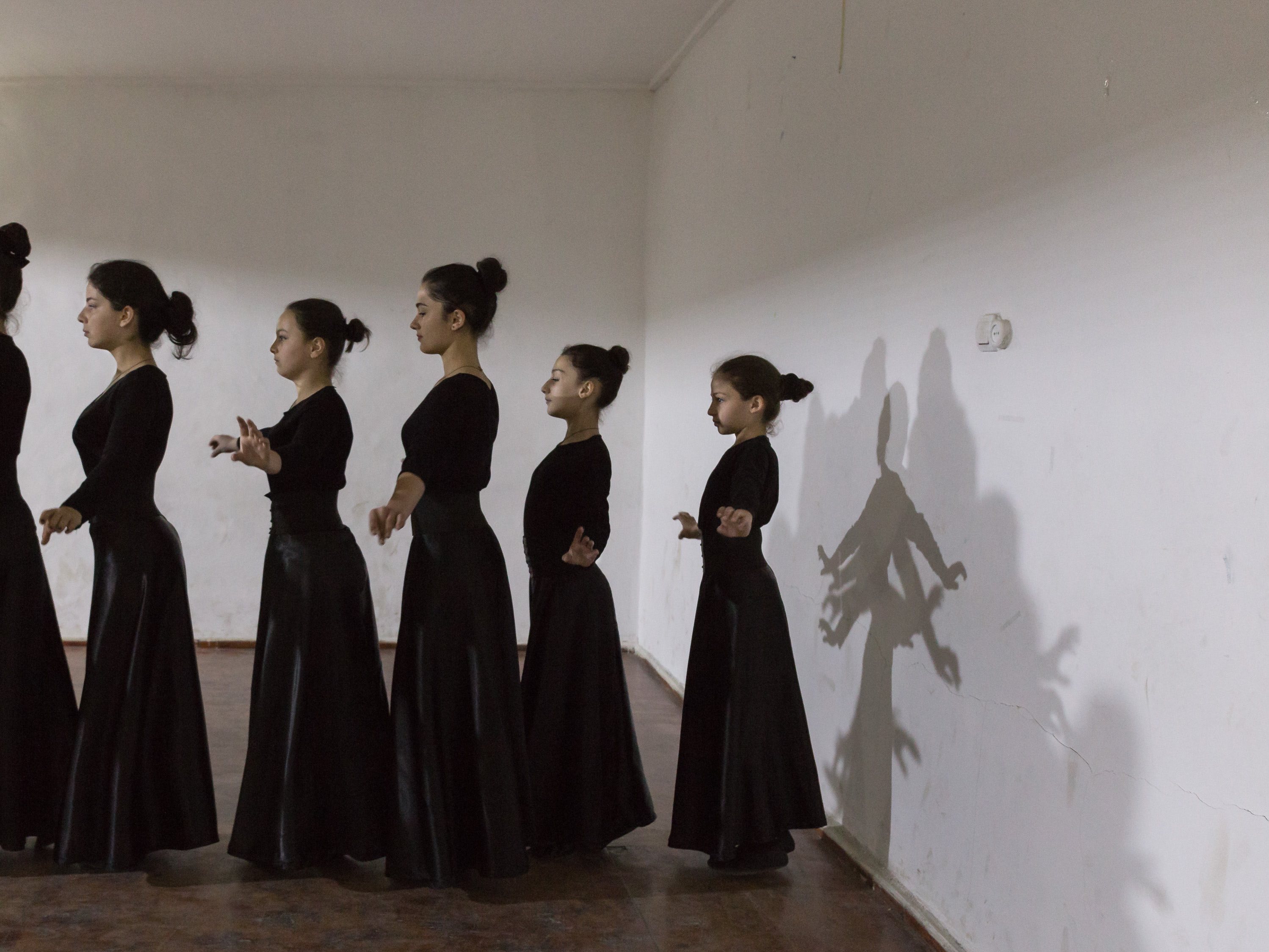 Once a week children and teenagers meet at the community centre to learn the traditional Kist and Georgian dances. 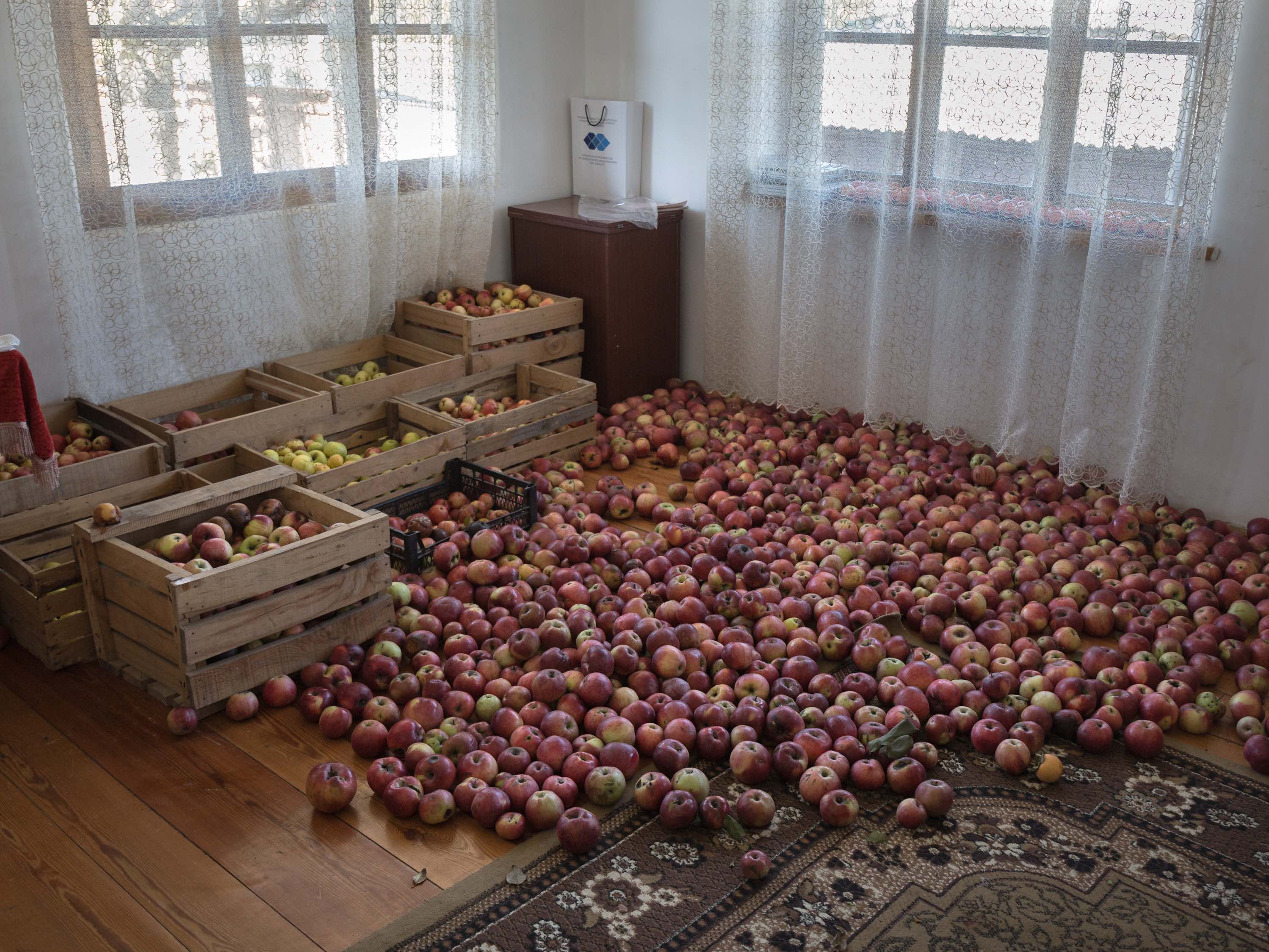 Because the valley still lacks of proper markets, many people grow their own food. Apples, potatoes, onions and other food comes from their or their family´s gardens. 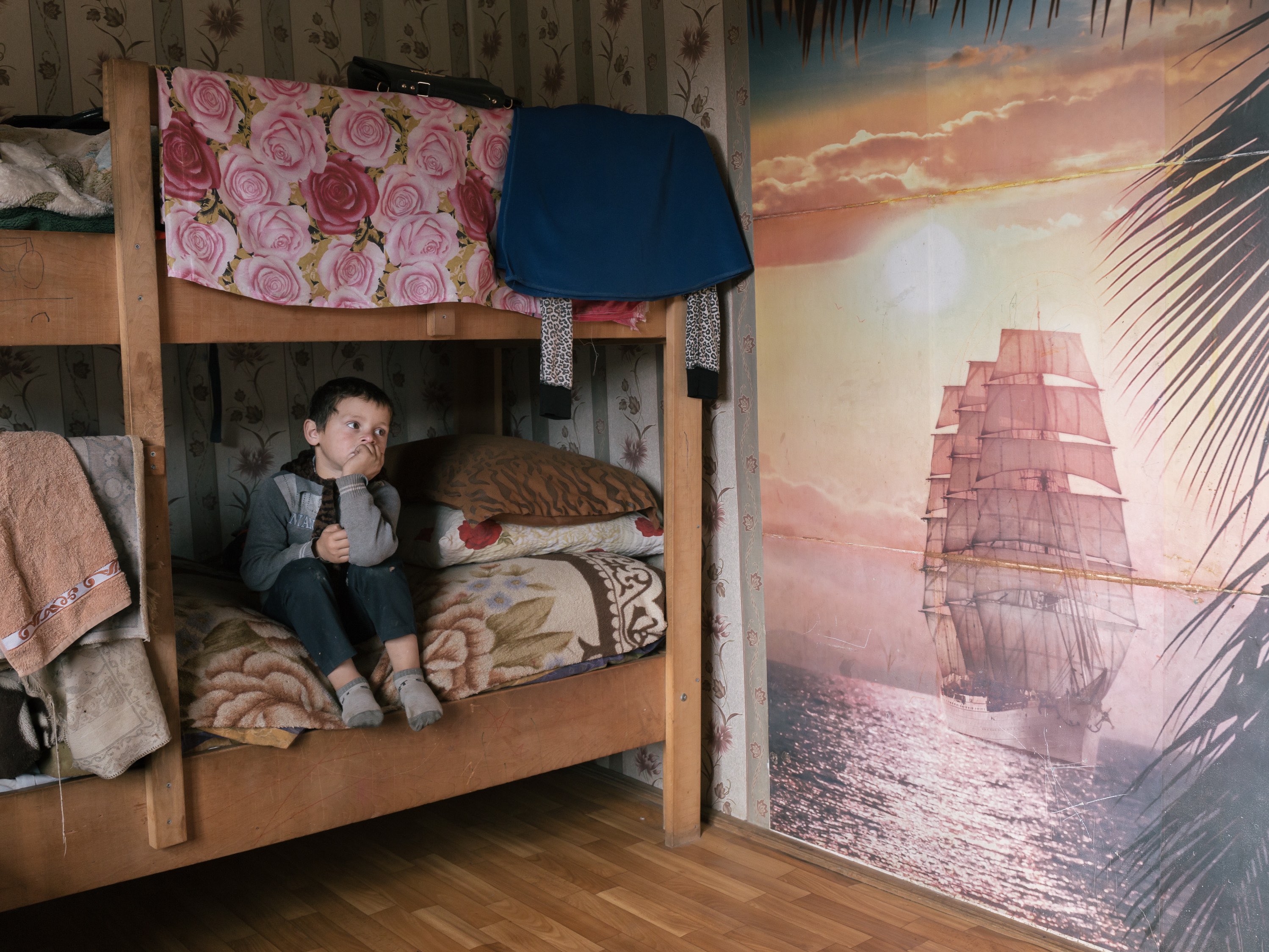 Muhammed is the youngest of three brothers. His Mother sought refuge in the valley during the Chechen war and never left. 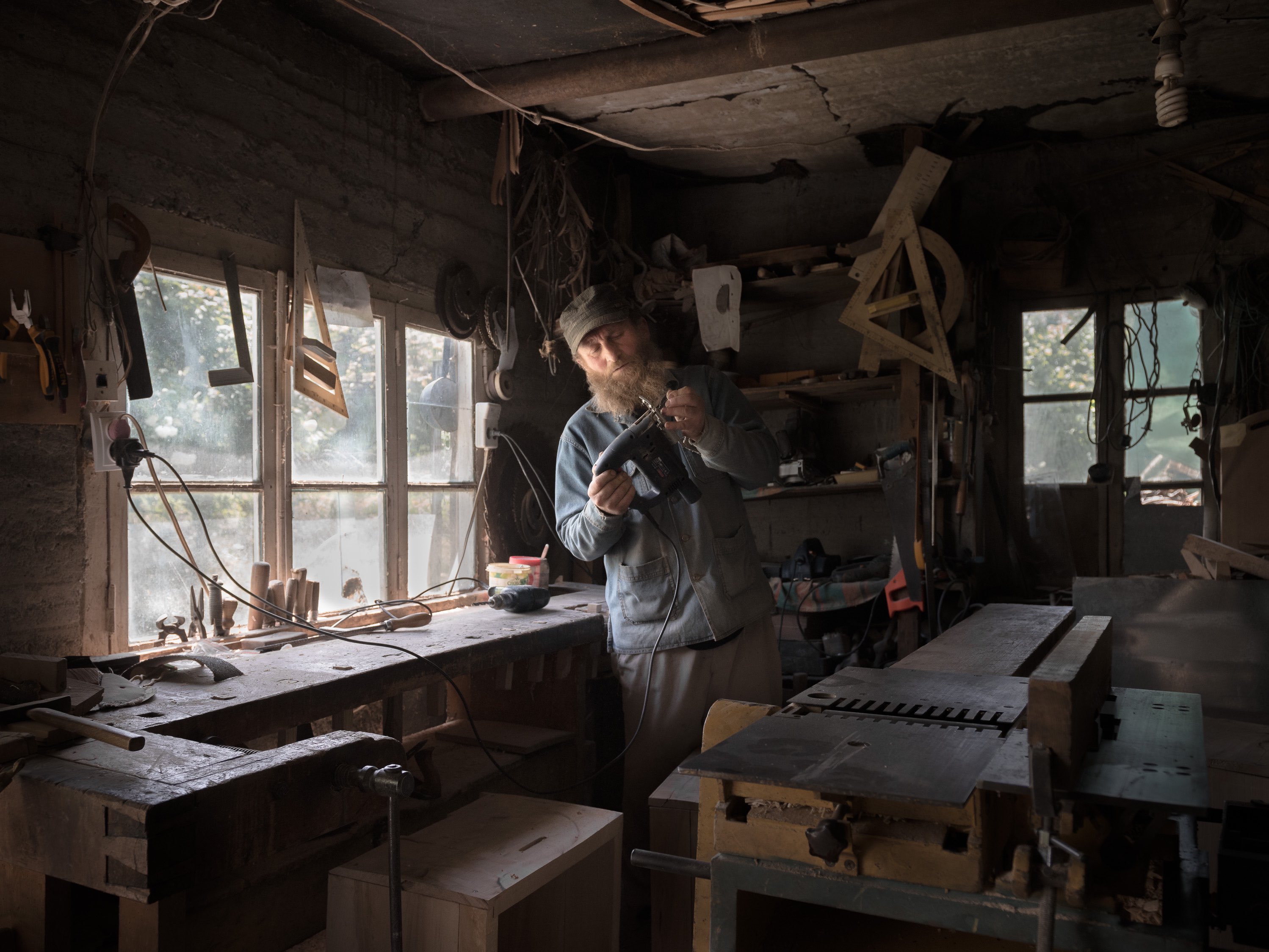 The former Imam of the old mosque in Duisi is a carpenter and a beekeeper. Once a week he shows and teaches teenagers his crafts. 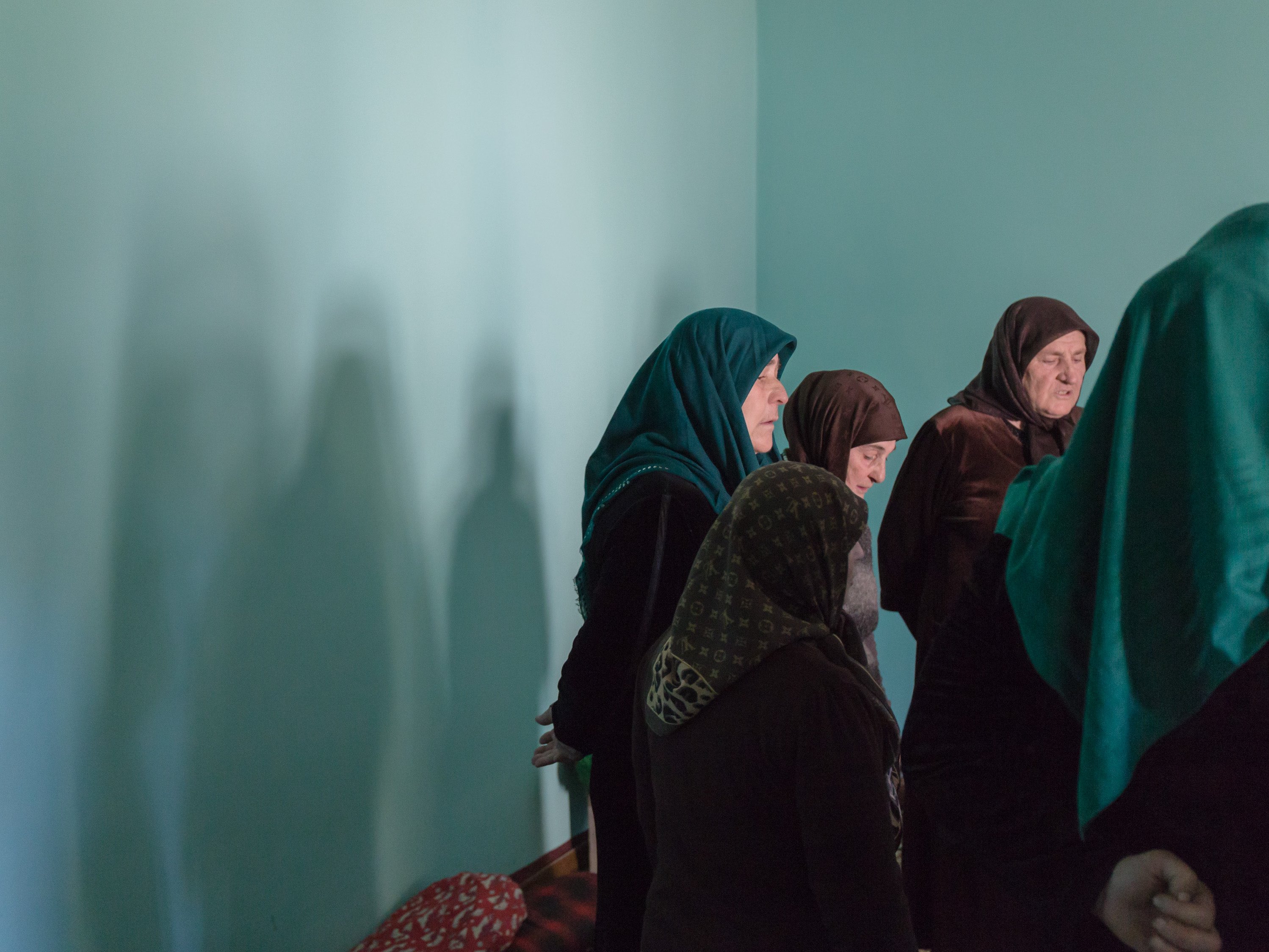 Every Friday the Sufi community meets for prayer in a small old mosque in Duisi. 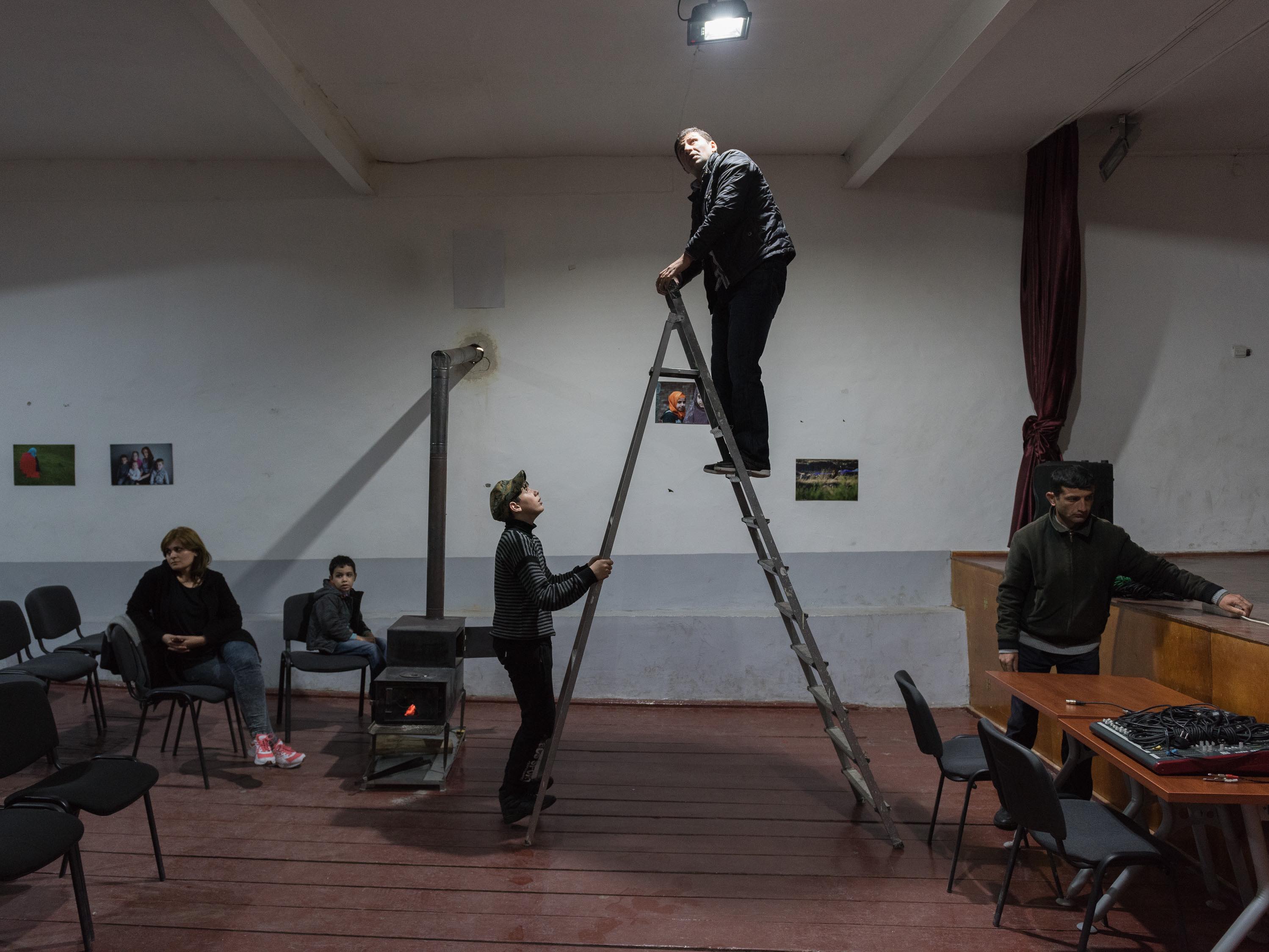 Events for “Victory Day” are planned weeks before. For this special occasion many people visit the Valley. 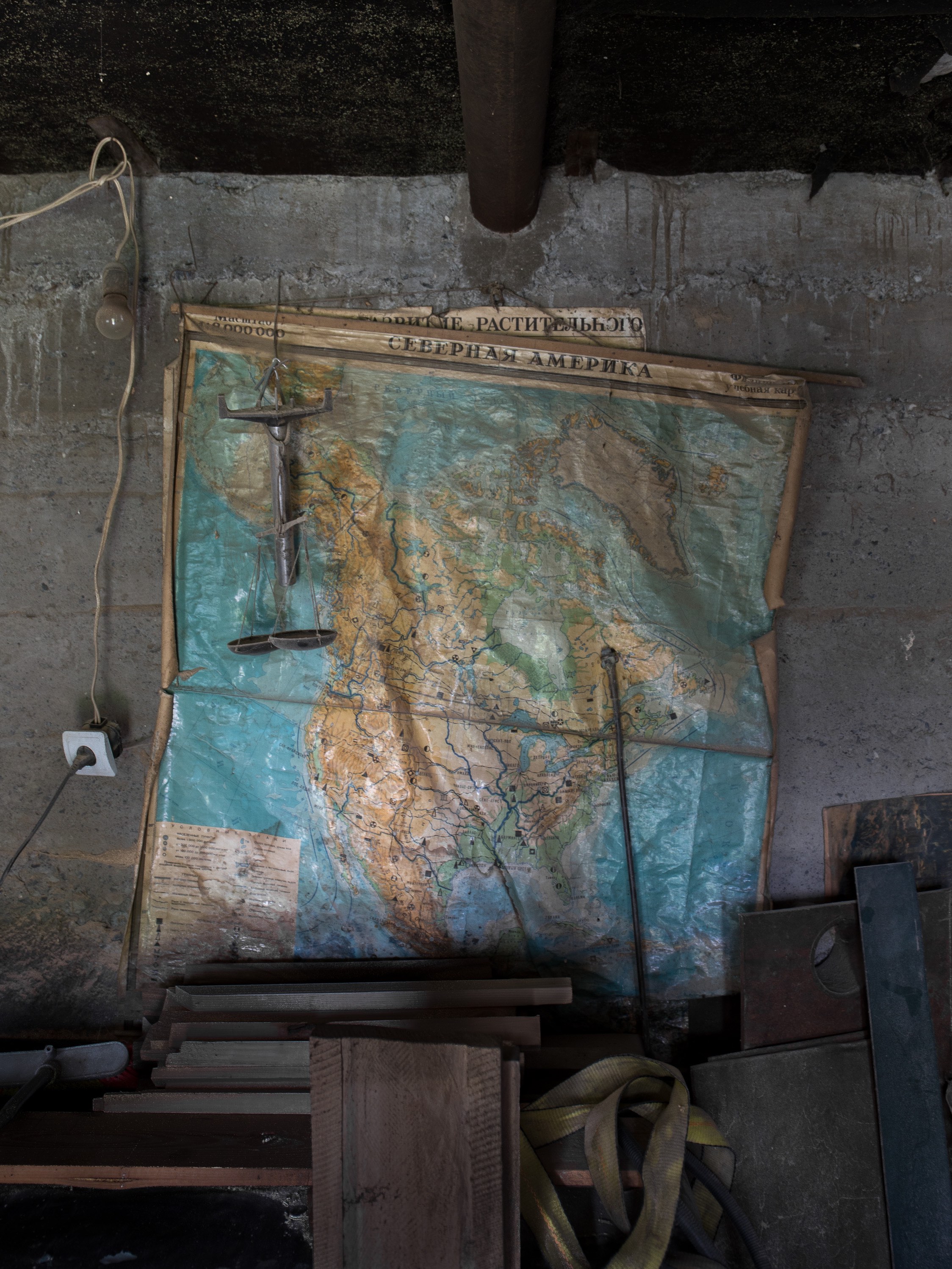 Relicts from the soviet era are found in many houses besides the bad memories of that time.

See more of Tim Brederecke and Maximilian Mann’s work on their official website.

Linkedin
RELATED ARTICLES
OTHER ARTICLES
David 'Dee' Delgado’s photo project is about honouring and uplifting the city of his youth, and a world rapidly disappearing under the relentless onslaught of gentrification.
Tristan O’Neill’s shots of dancers caught in moments of reverie at the height of rave’s golden age are a testament to the UK’s legendary club culture.
A new film from Berghaus traces the story of Adam Raja, who left behind a turbulent upbringing to discover the healing power of climbing.
After blocking the Scottish government’s gender recognition reform bill, Westminster is now devising further changes to the law to make it harder for trans people to self-identify.
Photographer Sean Maung reflects on documenting a small town in Pennsylvania afflicted by high levels of unemployment, poverty, violence, crime, and addiction.
Photographer Becky Tyrell went down to the fading banger and stock raceway to meet a community desperate to keep it alive.