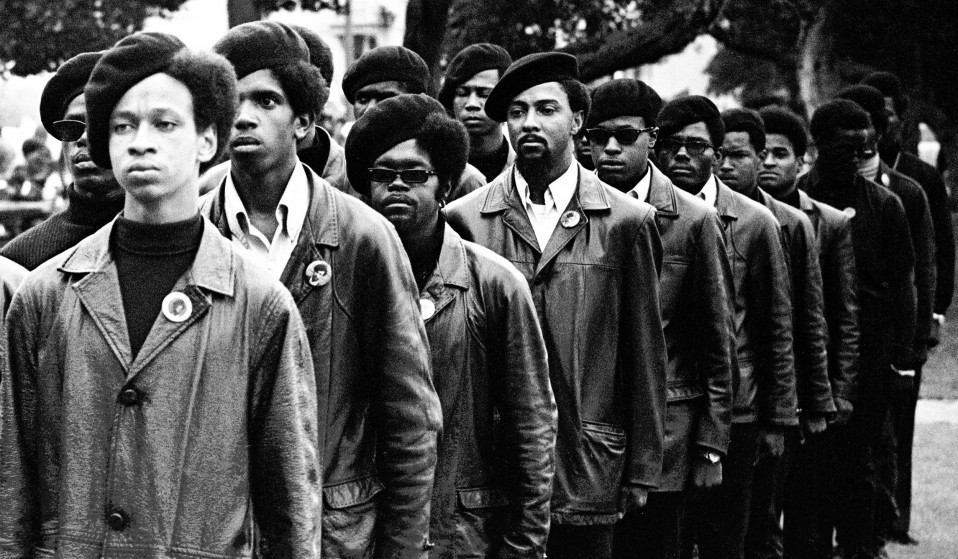 When Martin Luther King delivered his era-defining ‘I Have A Dream’ speech at the Lincoln Memorial in Washington D.C. in 1963, he declared: “In a sense we’ve come to our nation’s capital to cash a check… a promise that all men, yes, black men as well as white men, would be guaranteed the “unalienable Rights” of “Life, Liberty and the pursuit of Happiness.”

When King was assassinated in Memphis in 1968, America had yet to honour this check – but a powerful new force had emerged to call on the US to settle its enormous debts to African-Americans.

Founded by Huey P. Newton and Bobby Seale in October 1966, the Black Panther Party was the most radical challenge to the deeply-entrenched racism of the American system and the loudest call for black political self-determination and respect. 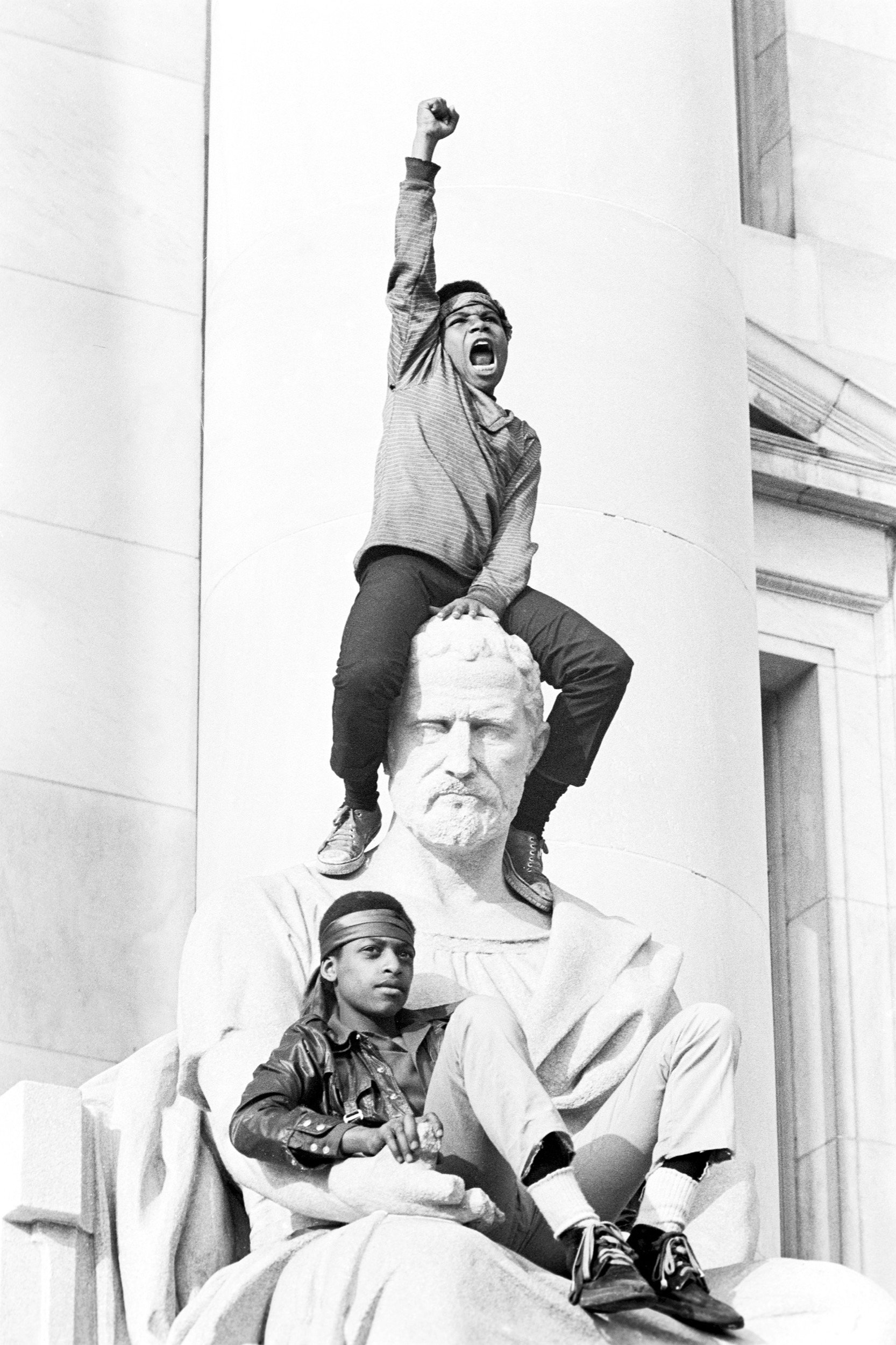 A boy salutes the Panthers, New Haven County Courthouse, May 1, 1970

With their black berets and armed self-defence units, the Panthers struck fear into the hearts of white America, but there was much more to the party than guns and swagger: they organised voter registration drives, fielded political candidates, organised boycotts of racist businesses, ran free food programmes and much more besides.

The defining visual record of the Black Panthers was produced by an unlikely figure, Stephen Shames, who was a white student at University of California Berkeley when he shot his first picture of Bobby and Huey selling Mao’s Little Red Book in San Francisco in 1967. Captivated by their charisma and confidence, Stephen went on to document the Panthers over the next seven years. 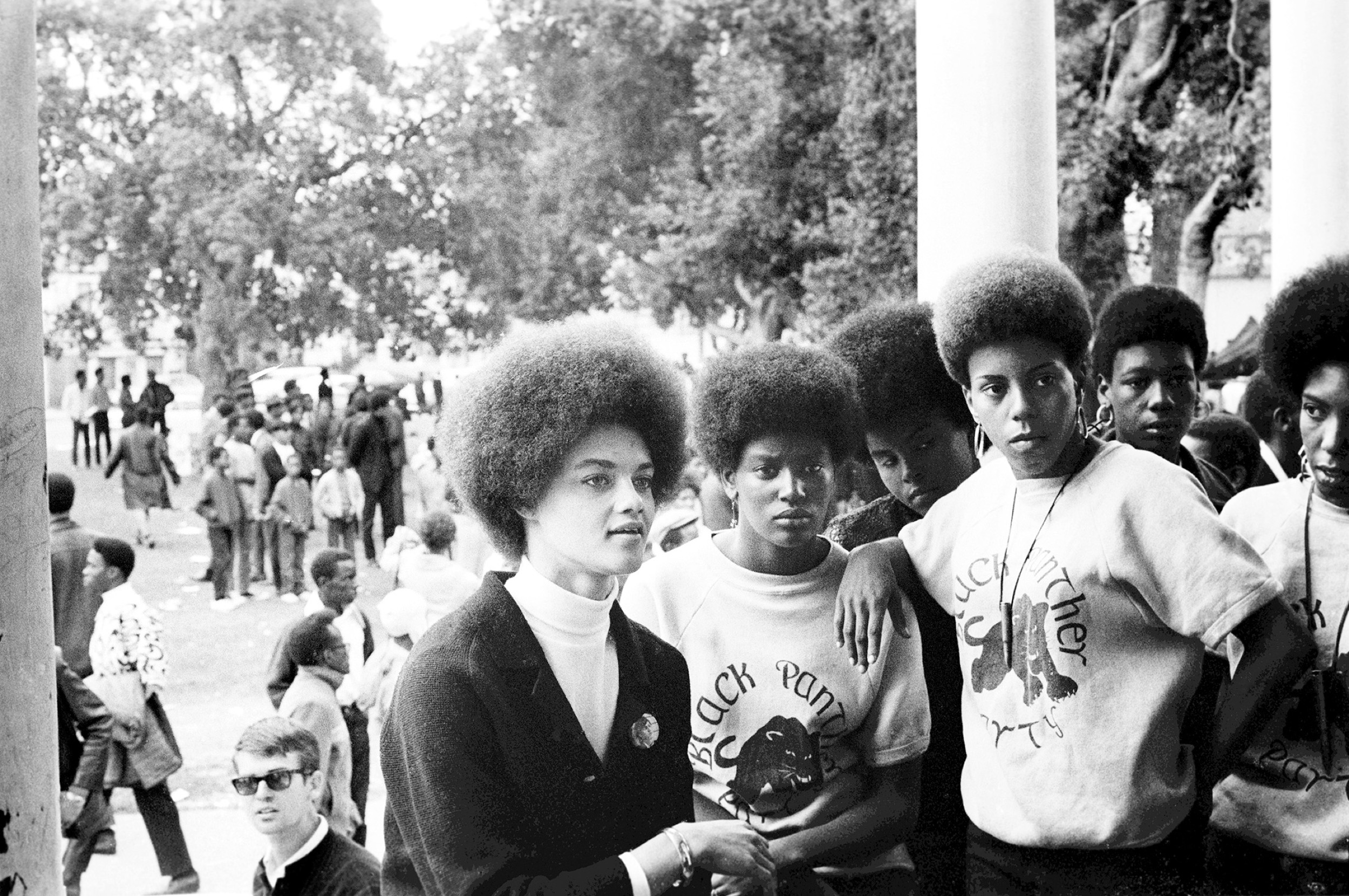 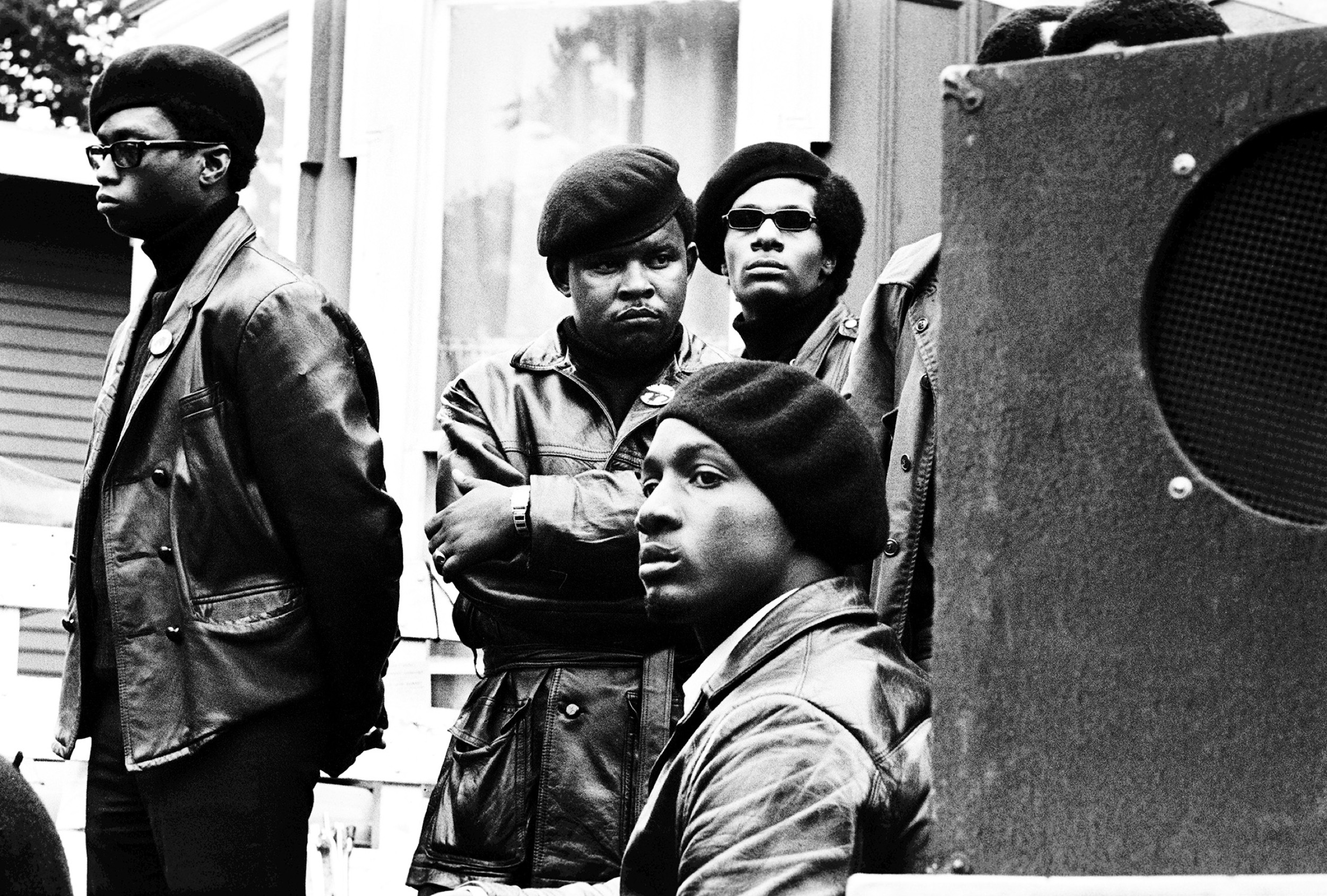 He documented their rise and effective collapse, brought on by a combination of political in-fighting and immense outward pressure from the authorities in the mid-‘70s. Published on the 50th anniversary of the party’s founding, Stephen co-authored Power to the People: The World of the Black Panthers with Bobby Seale, to reveal the breadth of his archive and provoke a reassessment of the Panthers and their legacy. 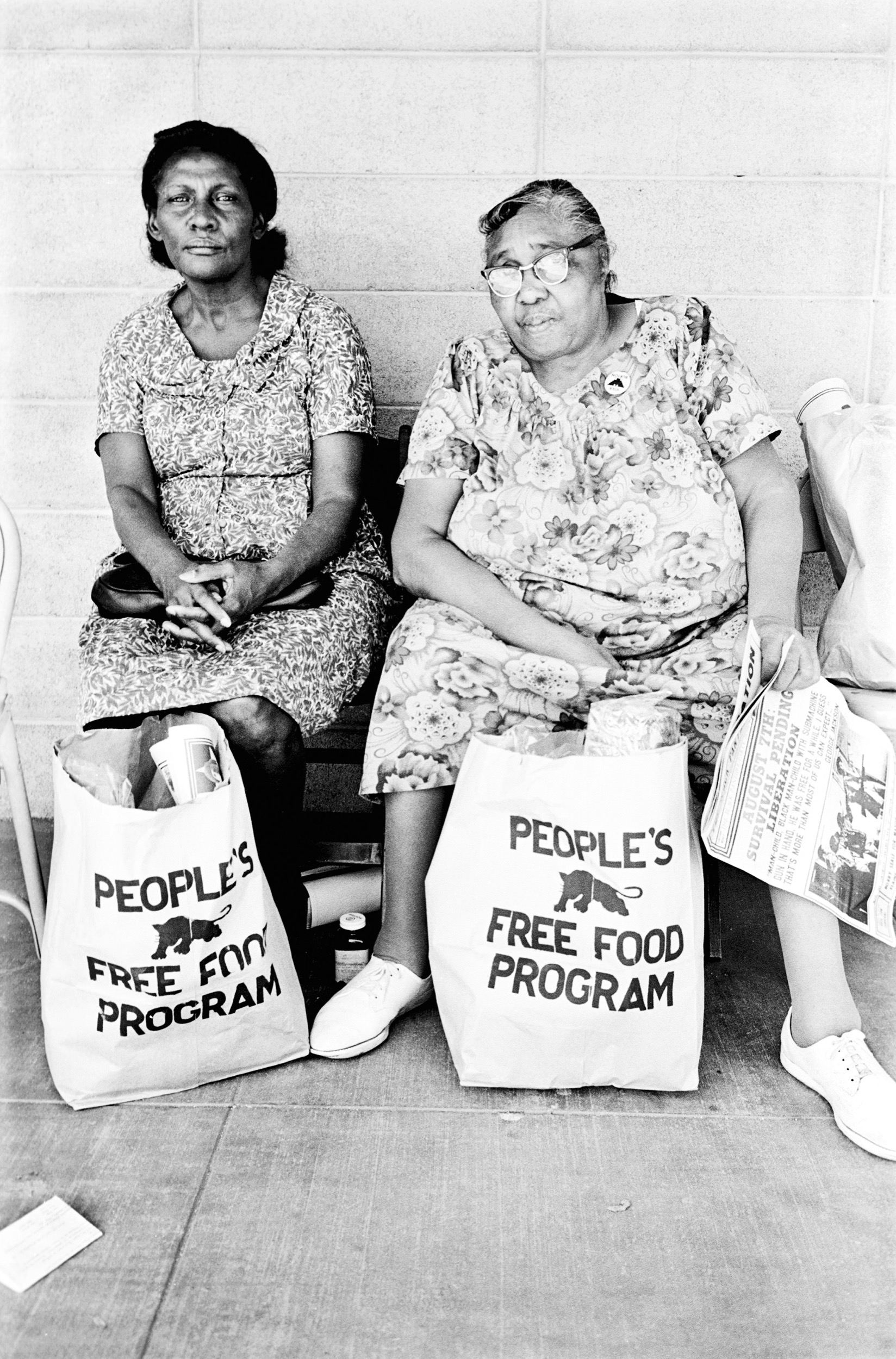 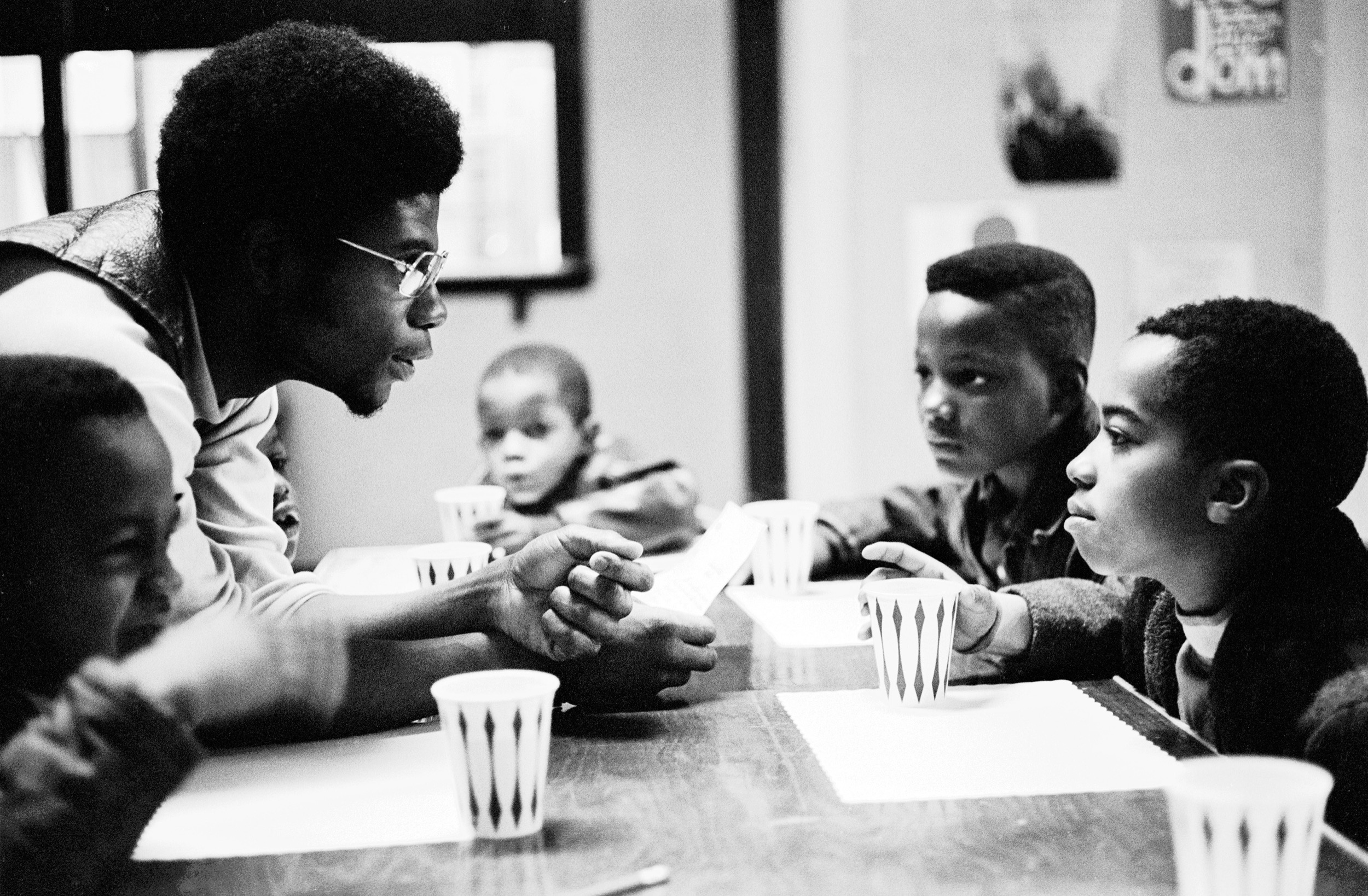 Panther Jerry “Odinka” Dunigan talks to kids while they eat breakfast on Chicago’s South Side, November 1970 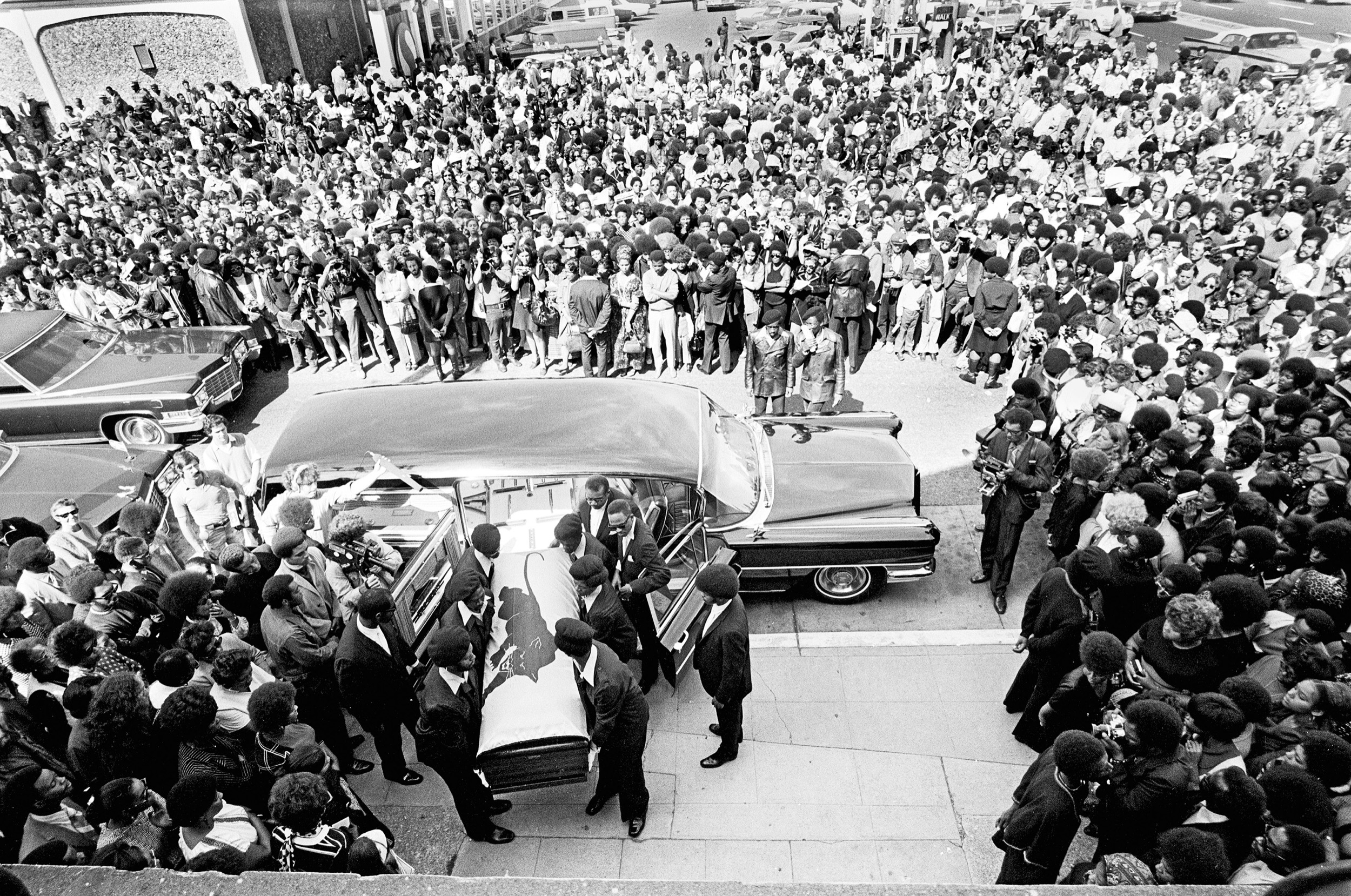 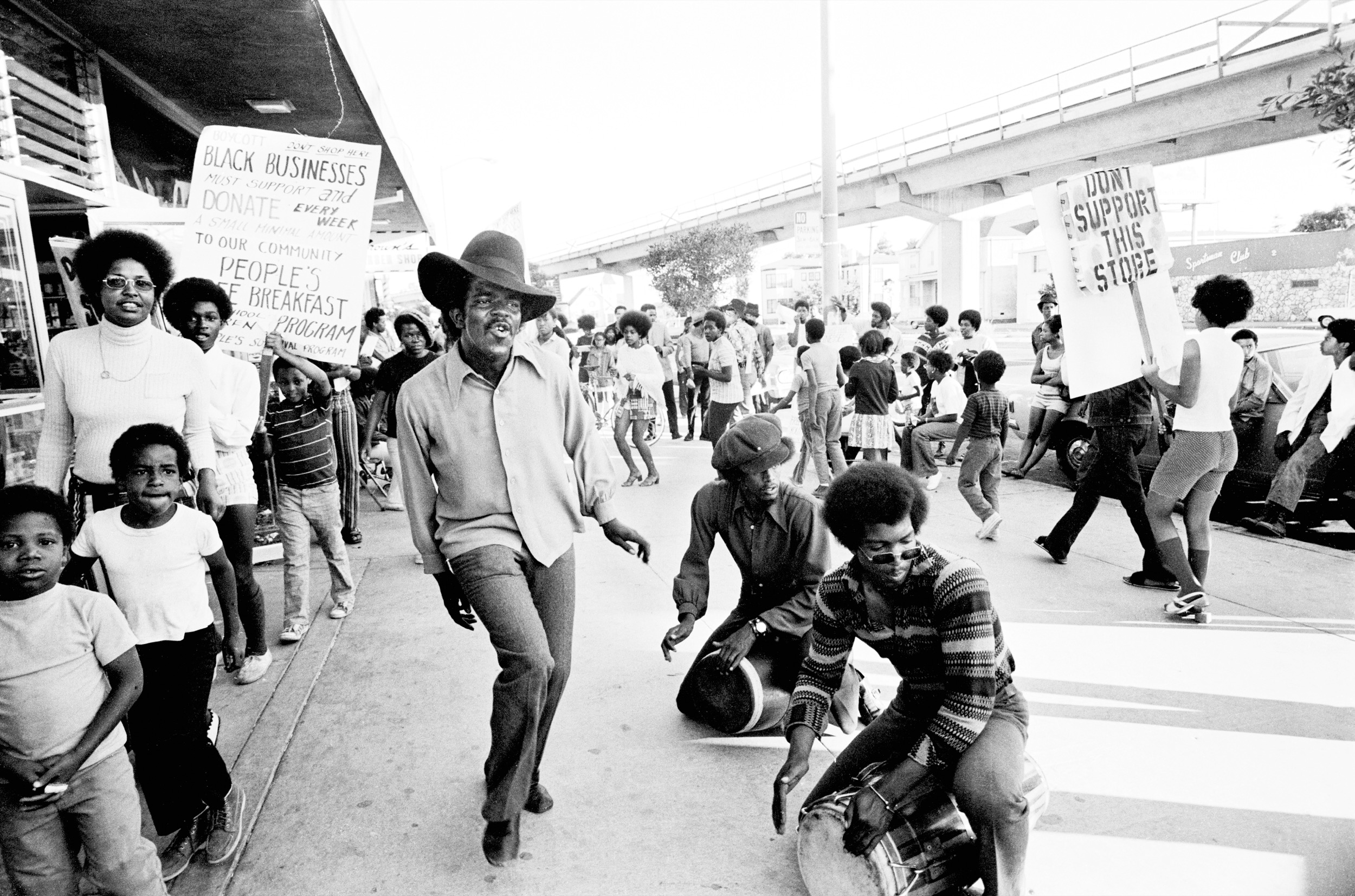 The Lumpen, the Panthers’ singing group, performs at the boycott of Bill’s Liquors, Oakland, 1971. Clark Bailey, known as Santa Rita, is dancing. Michael Torrence (front) and James Mott (back) are drumming.

Power to the People: The World of the Black Panthers by Bobby Seale and photographer Stephen Shames is published by Abrams.

Linkedin
RELATED ARTICLES
OTHER ARTICLES
Yohon Tatum, aka Legendary Father of the House of Tisci, reflects on nurturing a new generation of talent.
After building his reputation covering the US civil rights movement in the 1960s, the photographer went on to produce some of the most enduring images of the past century.
Jeffrey Henson Scales intimate portraits and protest images of the BPP and its leaders offer a rare insight into organisation at a time of societal upheaval.
After blocking the Scottish government’s gender recognition reform bill, Westminster is now devising further changes to the law to make it harder for trans people to self-identify.
Campaigners reflect on what the supreme court’s decision to allow buffer zones in NI means for the future of reproductive rights in the UK.
Zsófia Sivák’s ongoing project documents the country’s tavern culture, preserving a once defining part of rural life.