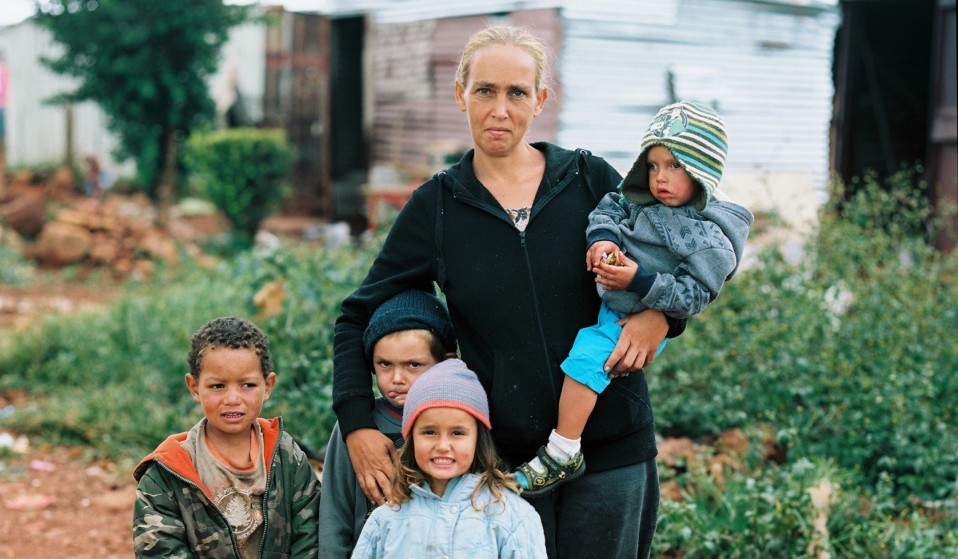 In a new project, photographer Phil Kneen heads to the outskirts of Pretoria and Johannesburg to capture the regions’ poverty-stricken townships and communities.

In a new project, photographer Phil Kneen heads to the outskirts of Pretoria and Johannesburg to capture the regions’ poverty-stricken townships and communities.

Plakkerskamp is a photo series that documents both the white squatter camps and white-only communities that have developed in South Africa. These images, taken around Pretoria and Johannesburg, represent a fraction of the estimated 450+ squatter camps in the country.

I grew up, and still live, on the Isle of Man. I’m based and work out of Peel, a small fishing town on the west coast of the Island.

In 2015, I spent a couple of weeks over Christmas living with and documenting migrants in the Jungle – the enormous makeshift camp that grew to a population of 7000, situated on the outskirts of Calais, France. After publication, I noticed a few comparisons made to the townships and white squatter camps in South Africa. I was aware of the former, but not the latter.

I went to South Africa to document people in a situation that has gone broadly unreported throughout the rest of world.  I like to approach any project – whether it’s an individual portrait or a long-term photo-essay – without any preconceived ideas or rigid outlines. So the only real preparation was booking flights, arranging accommodation in Pretoria and organising a fixer. 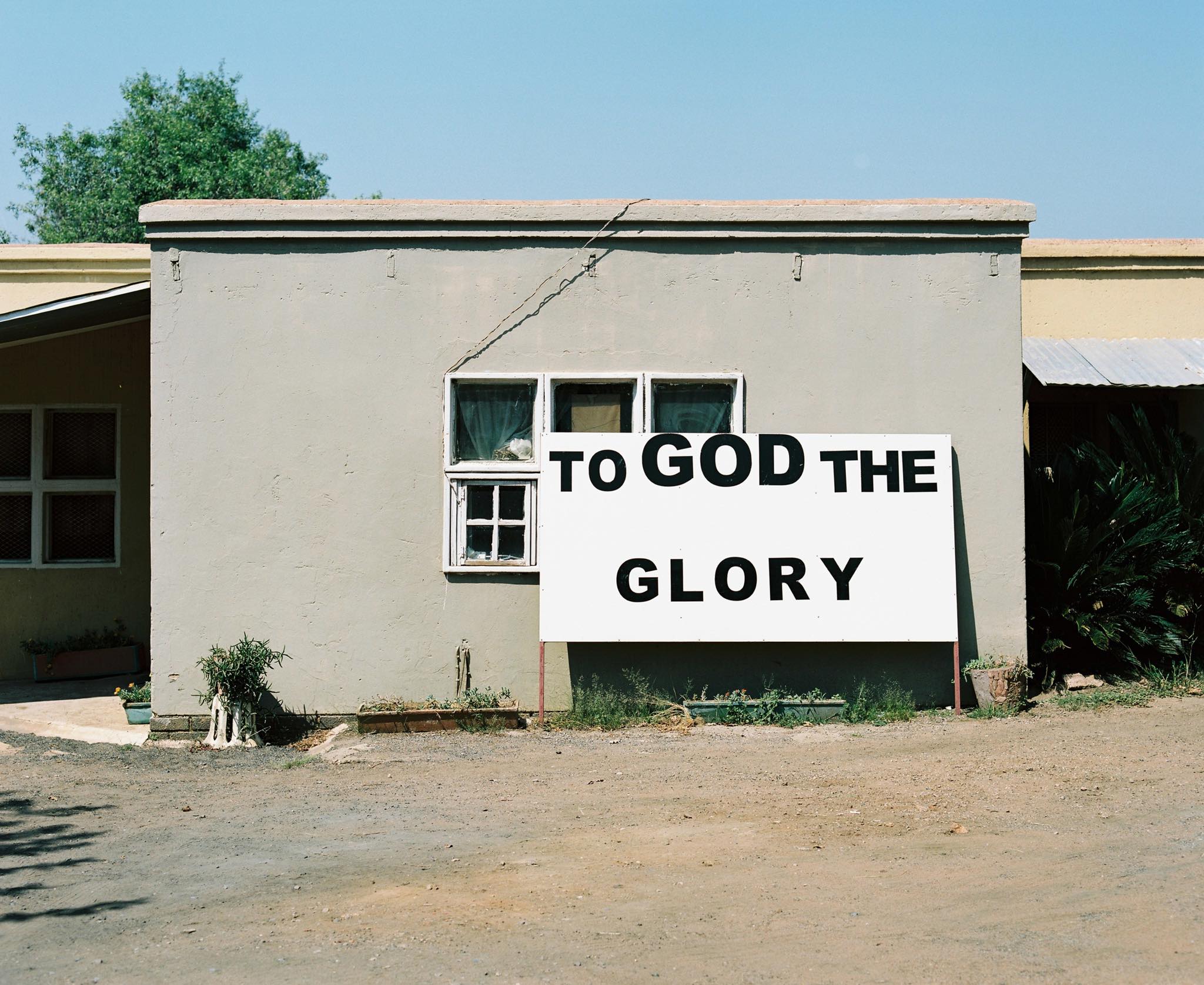 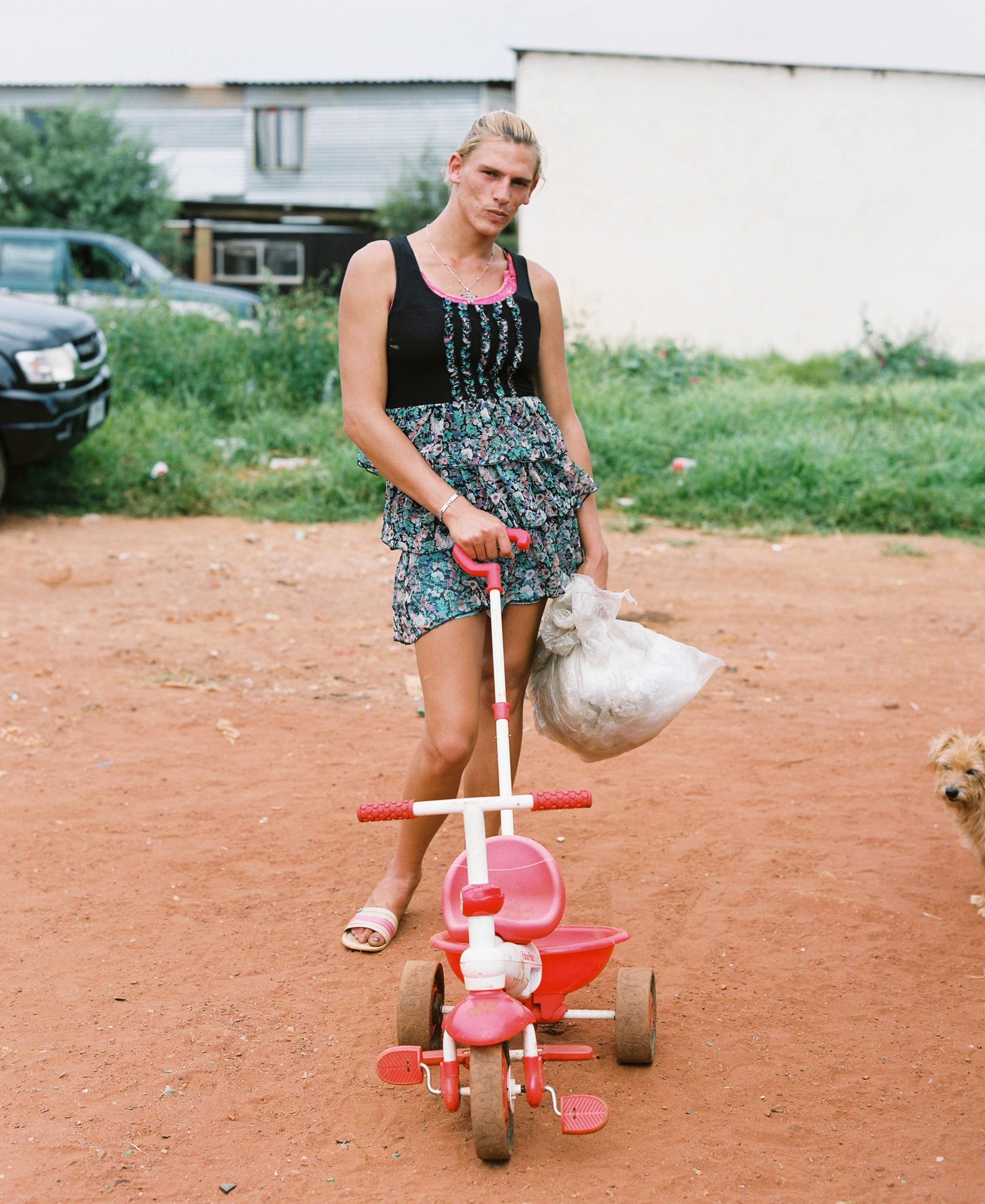 My fixer, BJ, would approach anyone who I wanted to photograph and introduce himself and then introduce me. Afrikaans is the first language of most of these people – although a few did speak English – so most of the explaining was done by BJ. The majority of people we approached agreed to be photographed, although some less enthusiastically than others. Anyone who didn’t want to be involved would calmly say, “Nee dankie” (no thank you). On a few occasions, after someone had refused, I’d shake their hand, smile and say thank you, and then the next minute I’d be inside their home, photographing them and whatever else I liked.

By far, the most prominent misconception was that, on entering the squatter camps, I’d be greeted with hostility and suspicion. It’s understandable given some of the local news coverage these people have received. As a result, the prominent concern that the residents had was that they didn’t want images used on social media to depict them in a negative or derogatory light, so openness and honesty about why I was making the images were important from the outset. 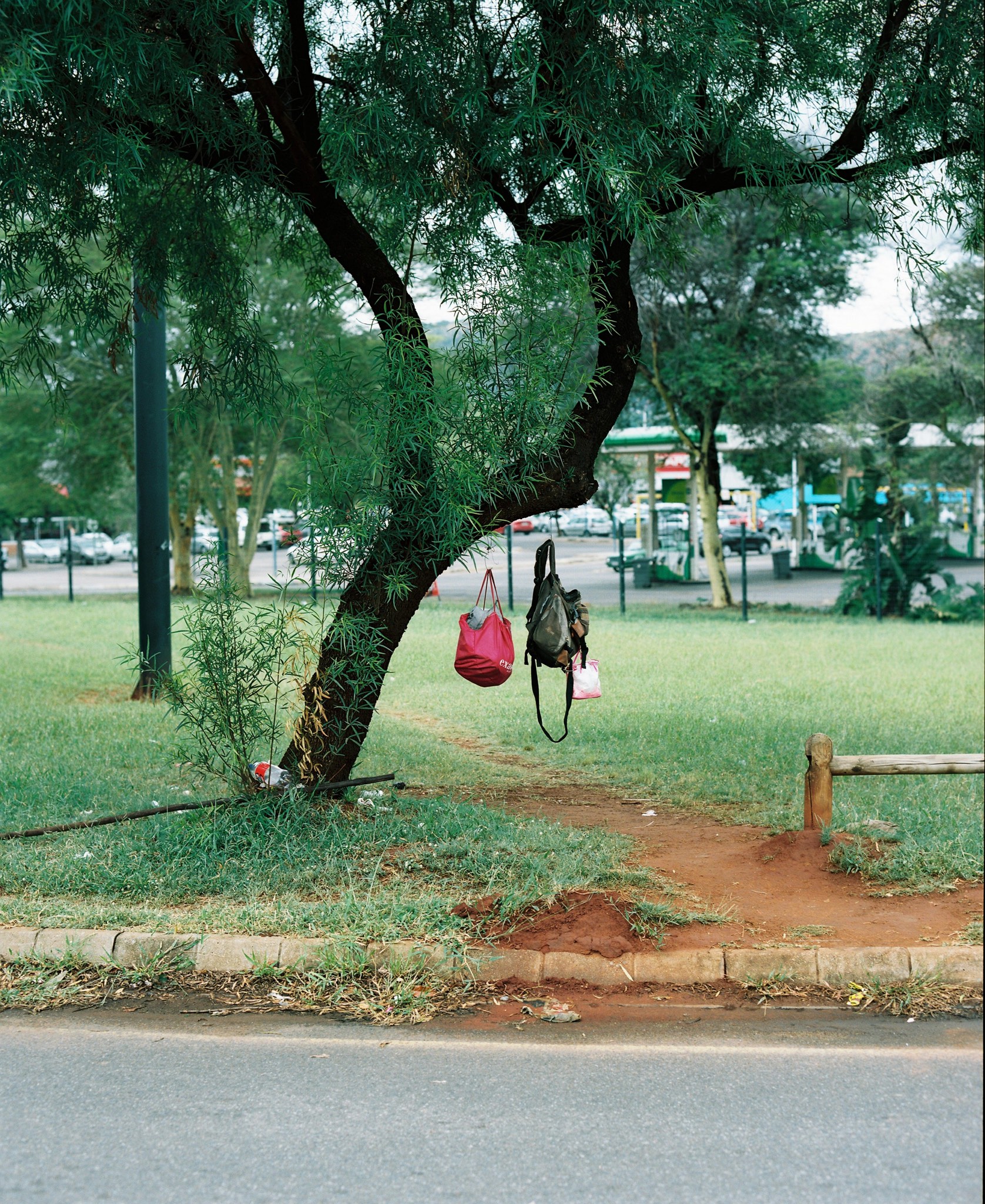 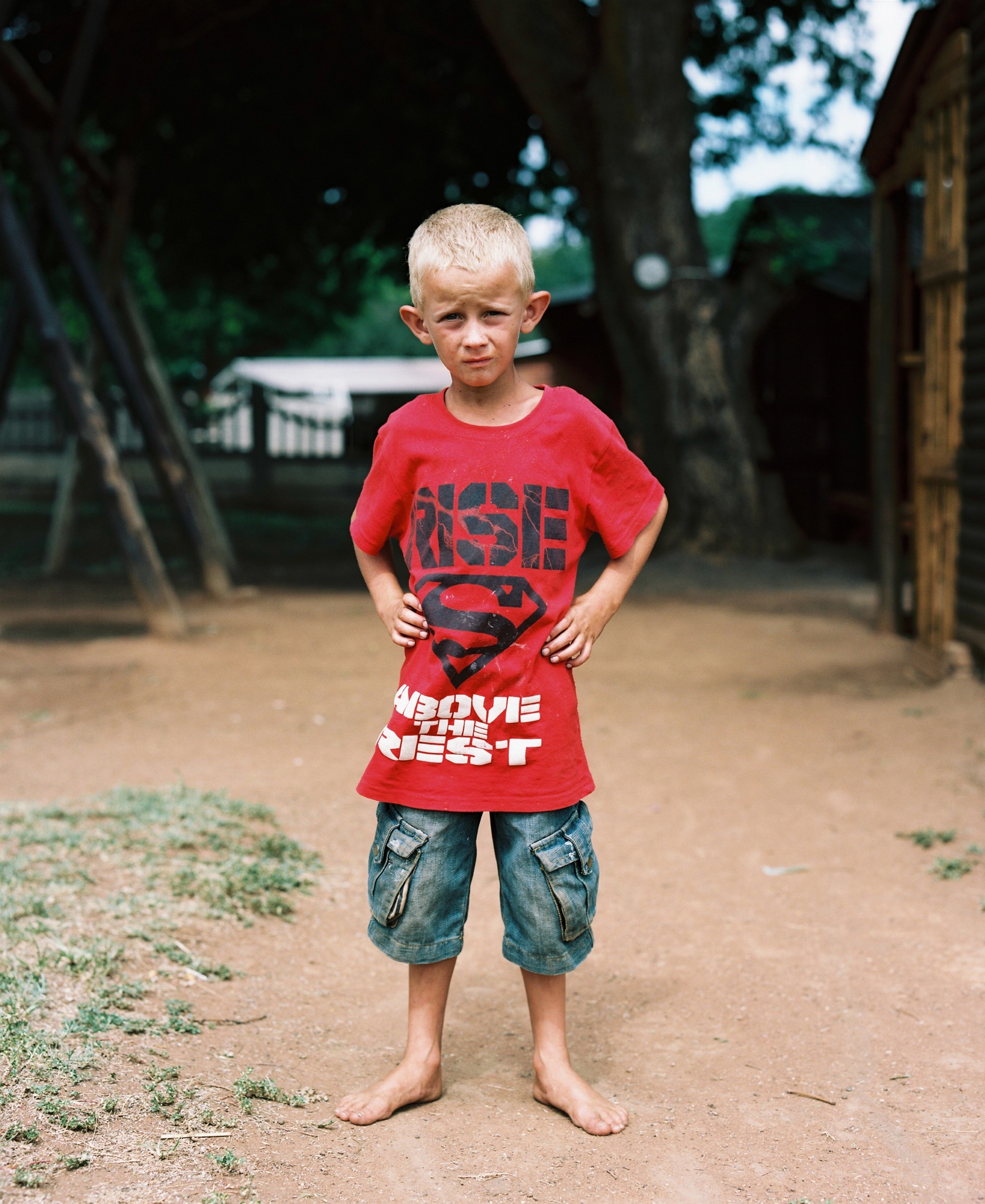 I didn’t address racism with anyone that I photographed. However, it did enter conversations I had with white South Africans who I met during my stay. The general opinion didn’t vary a great deal: Black Economic Empowerment (BEE) is a programme launched by the South African government to redress the inequalities of Apartheid. It aims to give previously disadvantaged groups employment, but it appears to have caused more divisions. Many of the people I photographed believed that white, blue-collar workers were being replaced by black workers, regardless of experience or qualification.

An opinion which resonates throughout the world is that the white South Africans – predominantly Afrikaners – in some way ‘deserve everything they get’ for their treatment of black South Africans over 50 years of Apartheid. But what’s undeniable is that wherever you look around Pretoria and Johannesburg, the situation could not be any further away from Nelson Mandela’s vision of a ‘Rainbow Nation.’

I class myself as a documentary photographer, and I went to South Africa to document people in a situation that has gone broadly unreported throughout the rest of world. I only want to ‘show’, regardless of any political or historical bias. Viewers can, and will, come to their own conclusions. 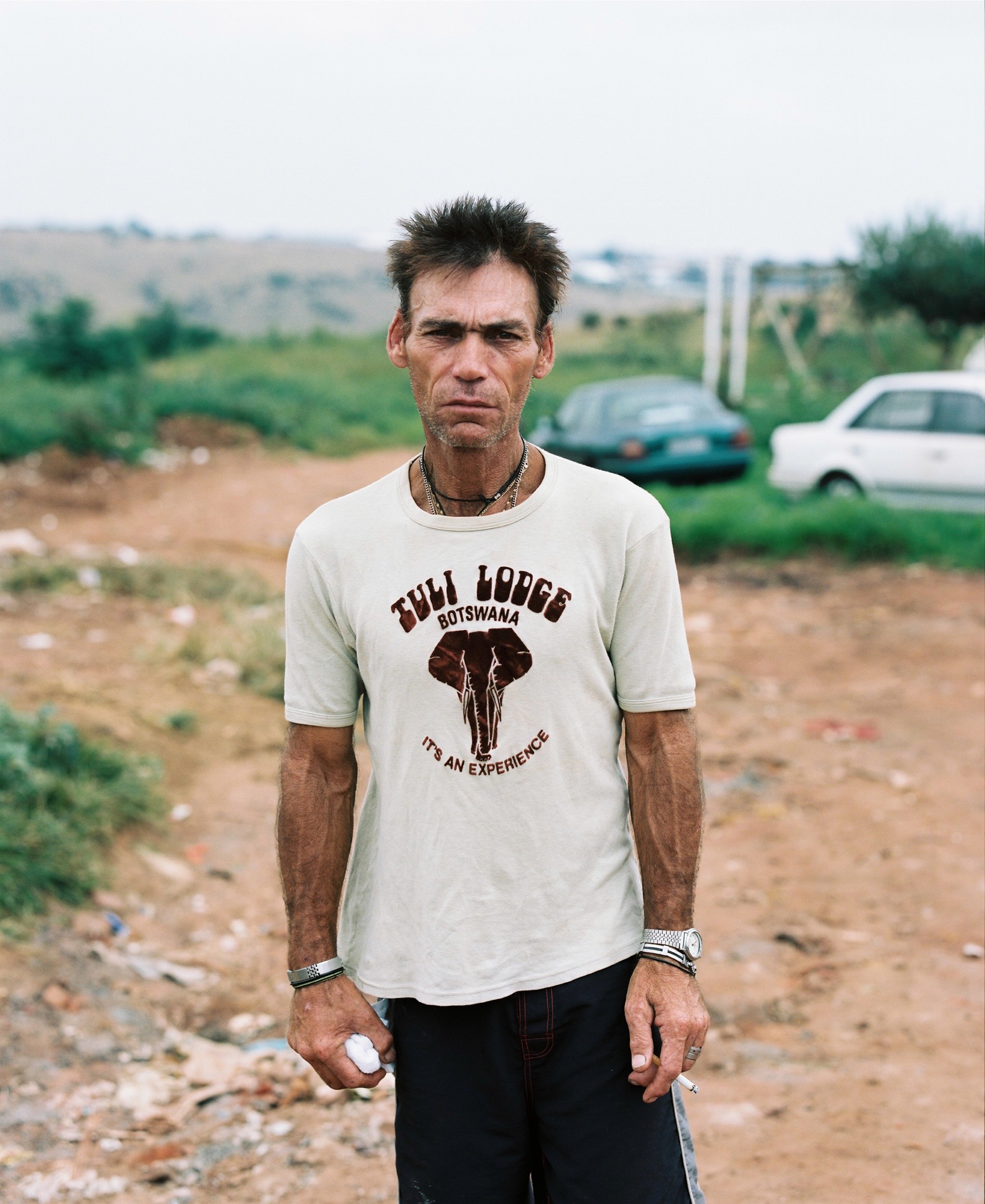 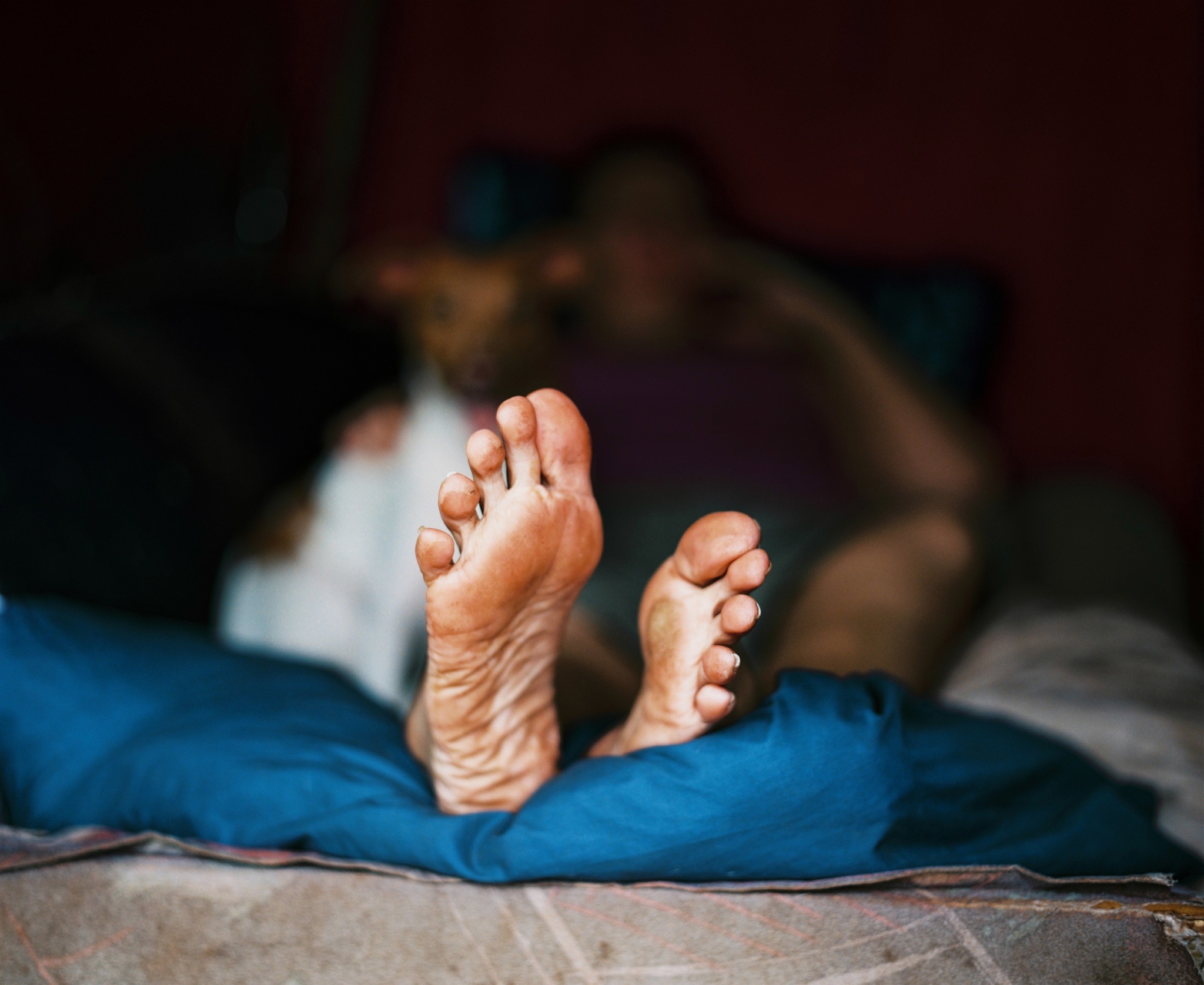 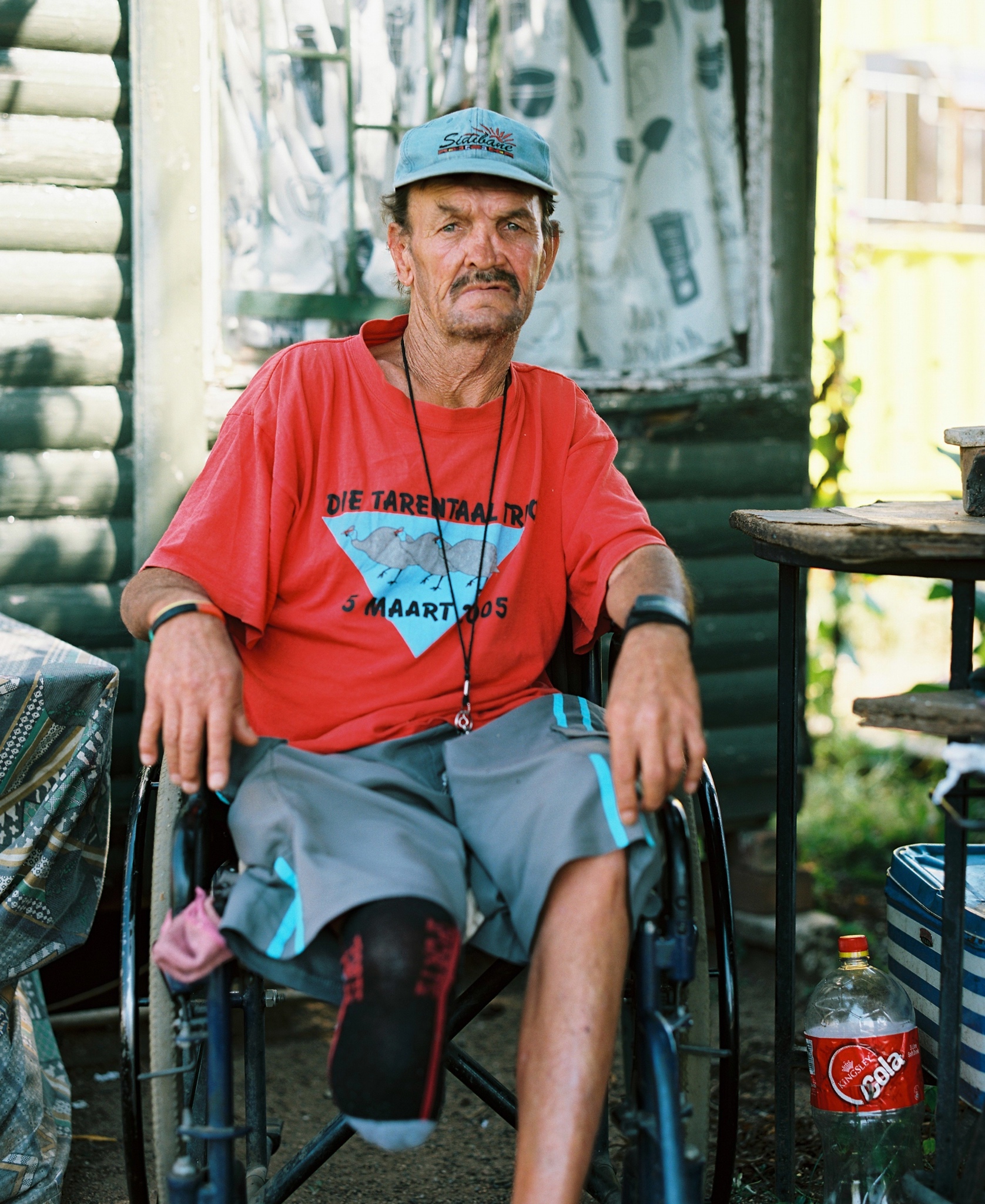 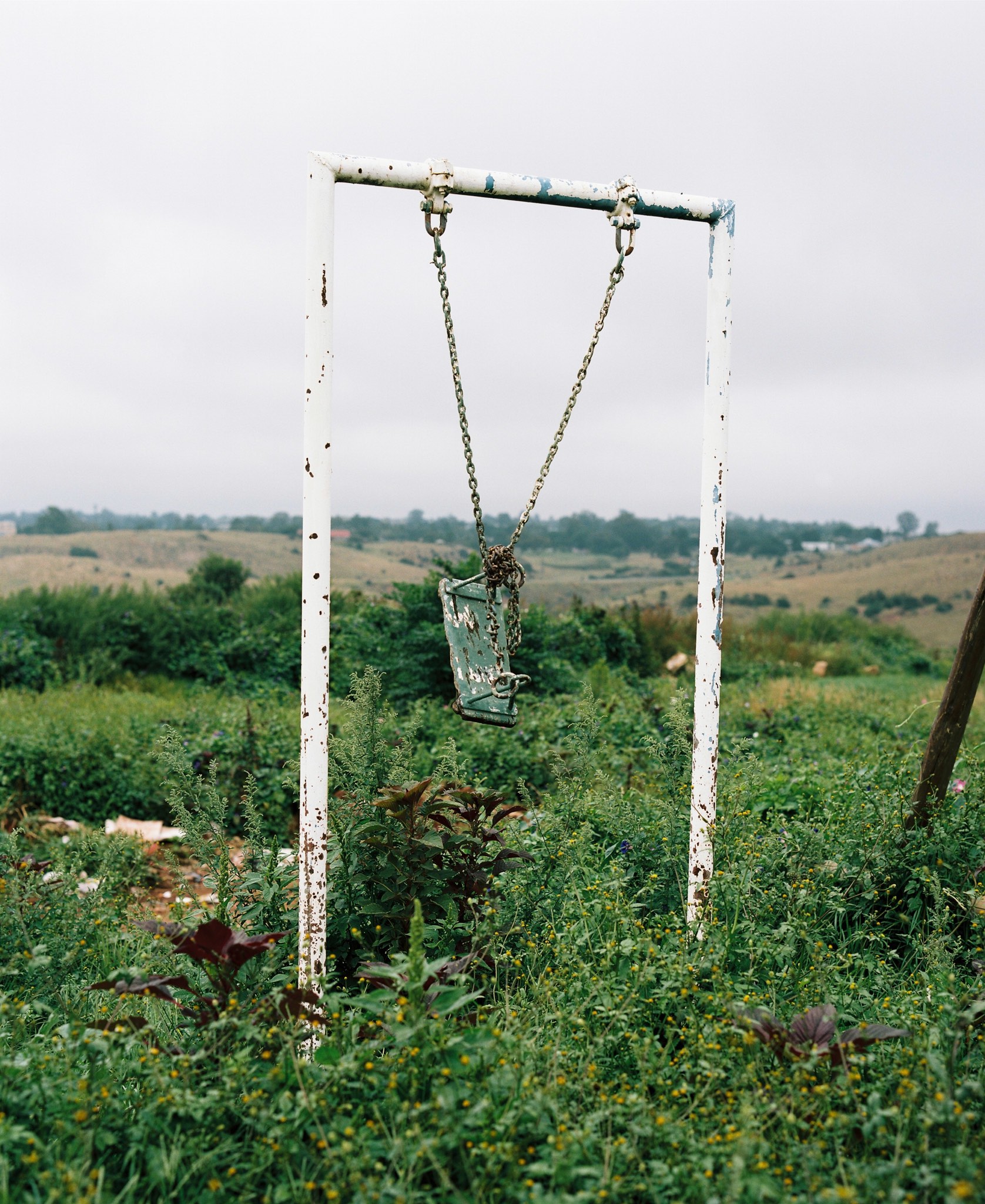 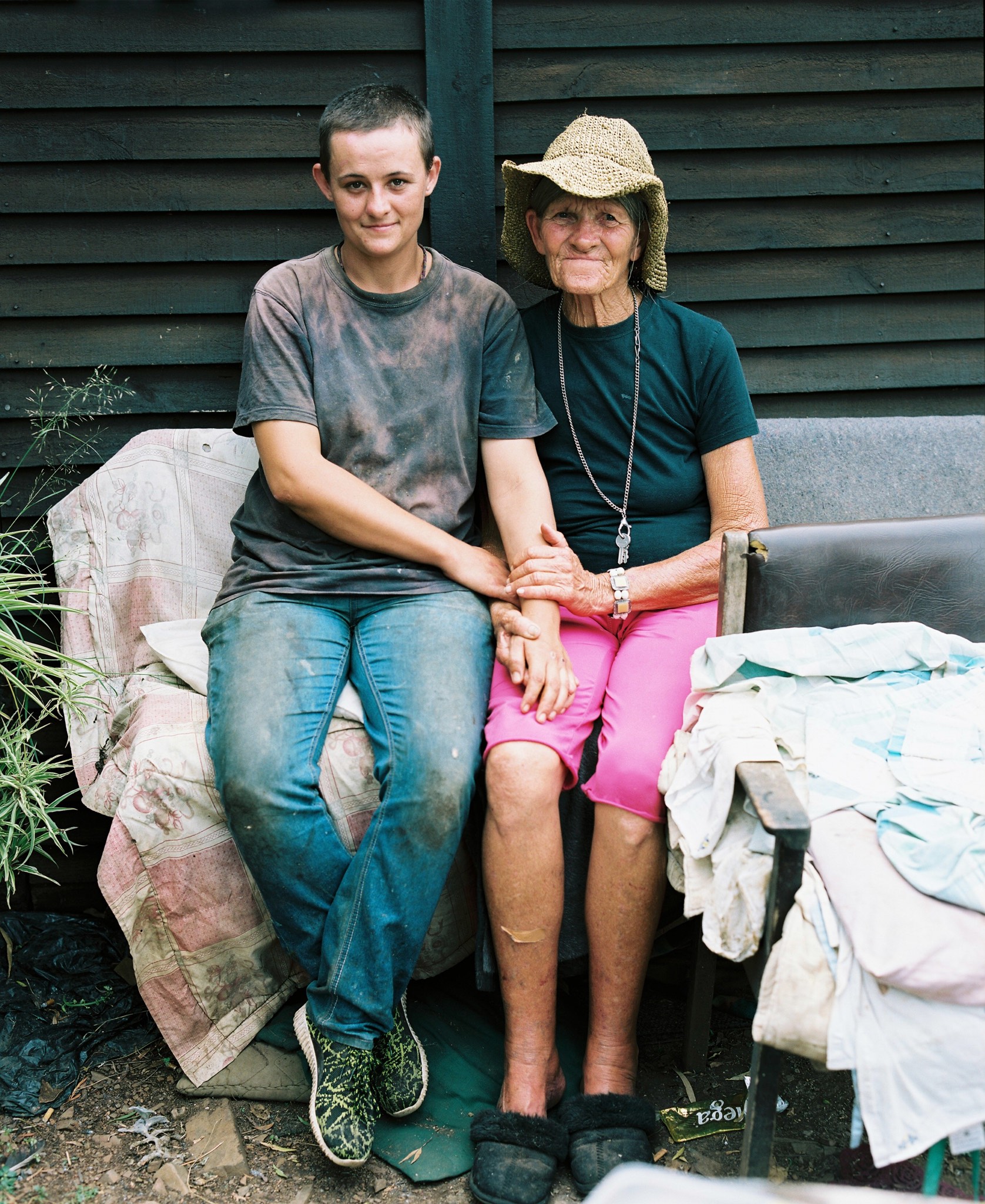 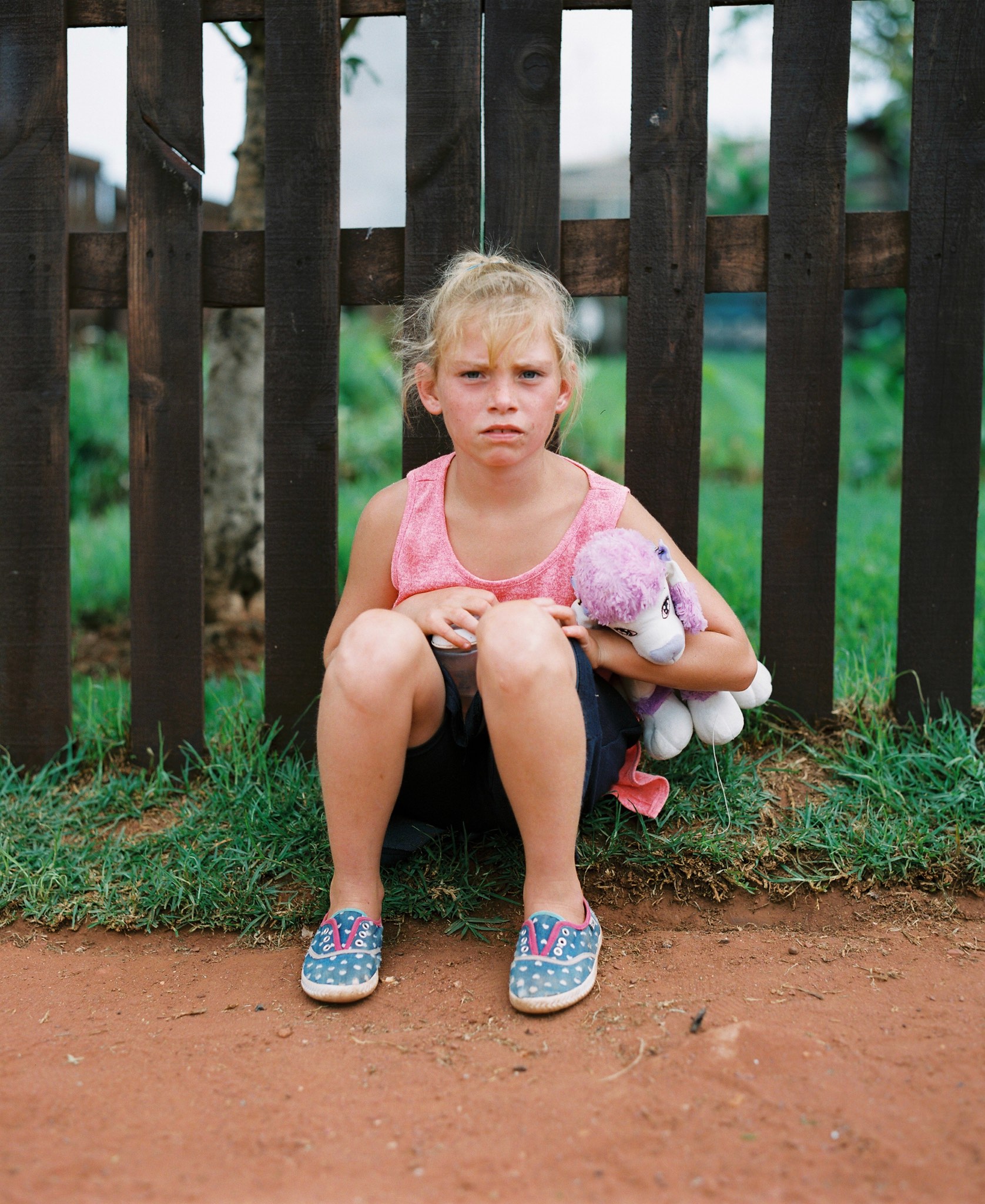 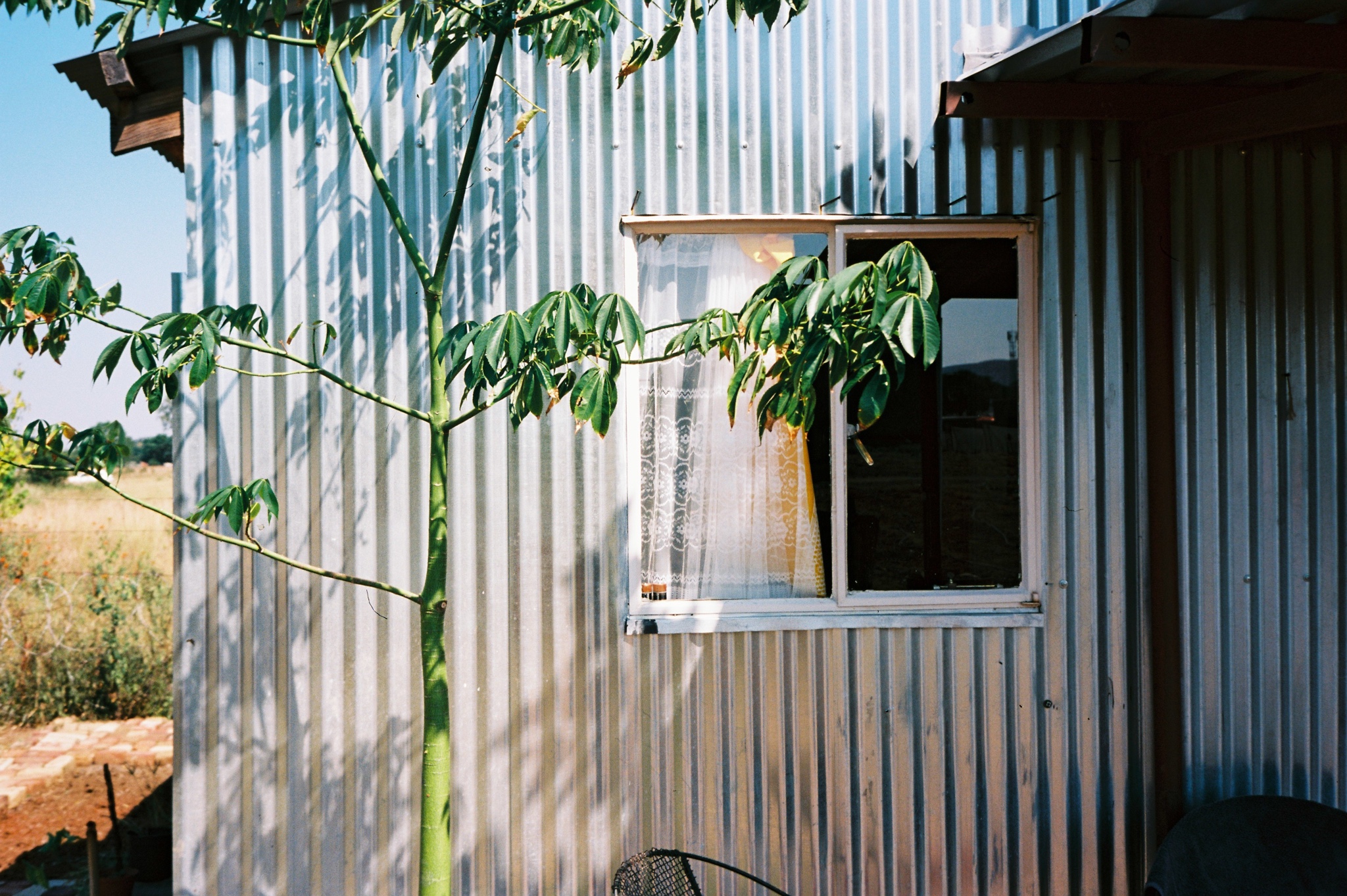 Linkedin
RELATED ARTICLES
OTHER ARTICLES
A new project is documenting formerly incarcerated people as they transition back into civilian life.
Following the announcement of an 80% hike in the energy price cap from 1st October, crowds gathered outside the offices of energy regulator Ofgem to protest and declare their intention to undertake a payment strike.
Sean Maung’s photos are a love letter to the Black and brown communities that make up New York.
A 37-year-old woman shares how her abortion led her to become a clinic worker, and the abuse she’s received in that role.
In his 2008 series, the photographer pictured himself as Angela Davis, Martin Luther King Jr., Malcolm X, and other prominent figures.
By turning a real-life crisis into daytime television fodder, TV bosses have once again shown themselves to be completely out of touch with audiences.