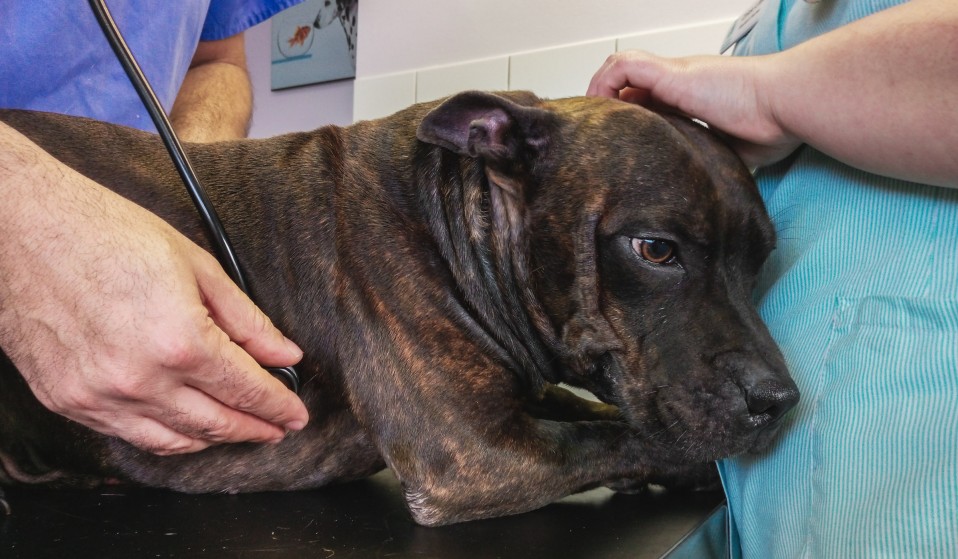 Adopt from rescue, or if you're buying a pup always ask ‘Where's Mum?’, says Marc Abraham, a vet and animal welfare activist who’s seen the cruelty of puppy farms firsthand. Photographer Chris Bethell heads to his practice to see the battle in action, as he takes his message to Parliament and beyond.

Adopt from rescue, or if you're buying a pup always ask ‘Where's Mum?’, says Marc Abraham, a vet and animal welfare activist who’s seen the cruelty of puppy farms firsthand. Photographer Chris Bethell heads to his practice to see the battle in action, as he takes his message to Parliament and beyond.

“There’s a massive storm on the south coast right now, Chris,” comes the message. “I don’t want you to be stranded.” Marc Abraham is a man who cares; about his family, his friends, people he’s only met once before like myself – and most specifically… animals. Marc is a vet and he is trying to change the nature of how people breed and buy dogs. 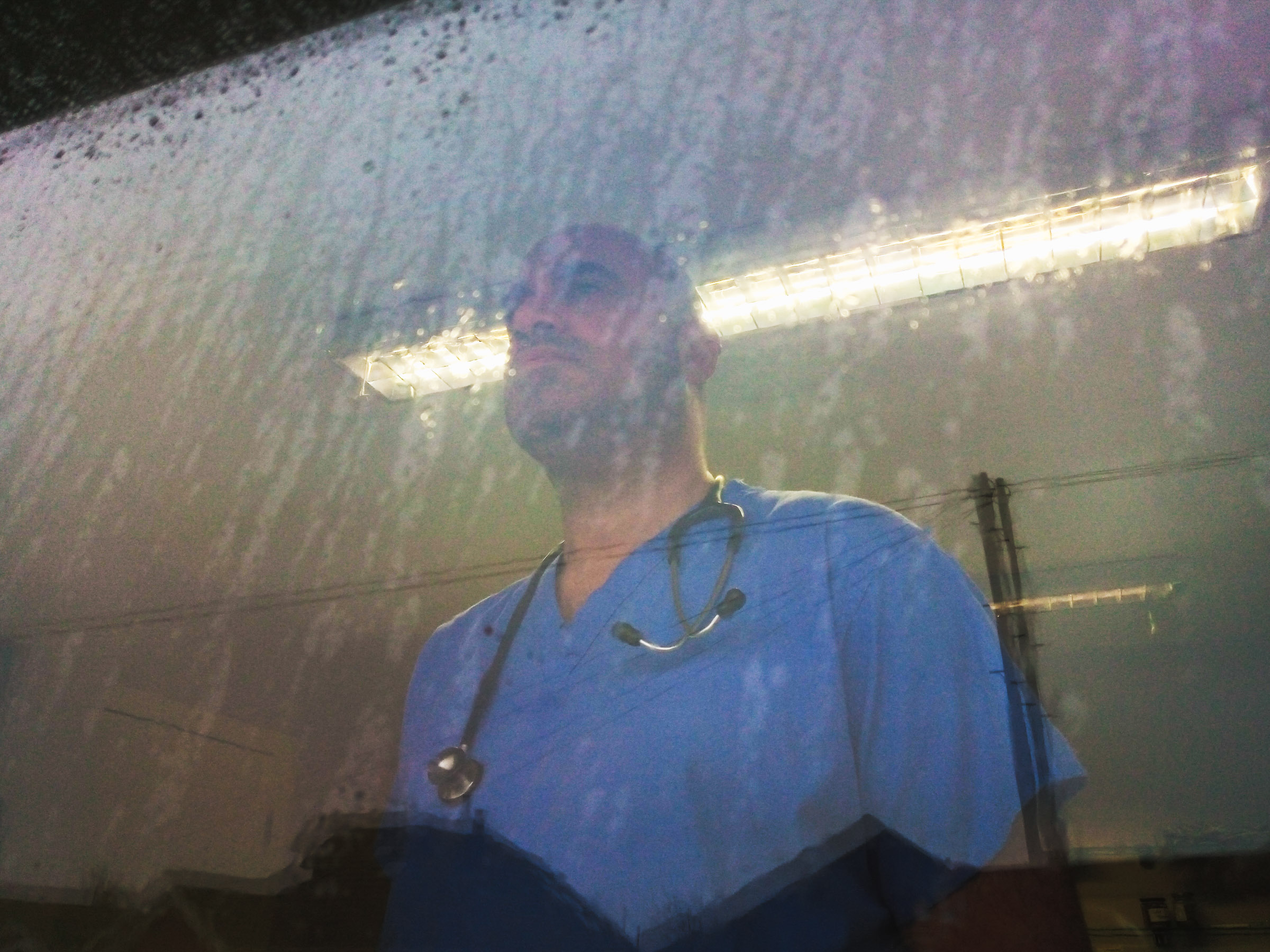 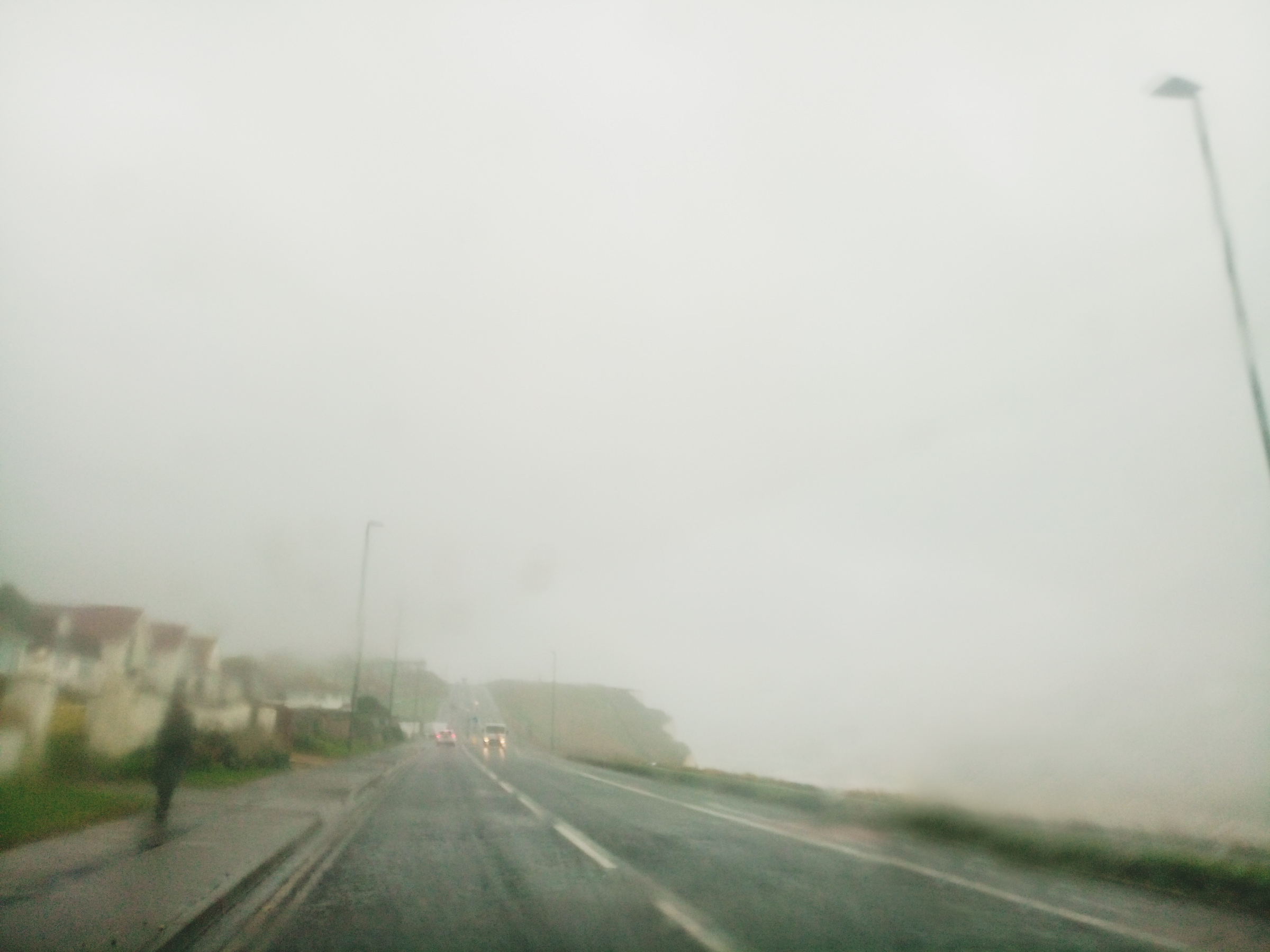 Pulling up at his practice in Peacehaven, near Brighton, I see Marc through the rain-splattered window – the gentle giant opens the door for me and greets me with a warm handshake that drags me in from the cold. I had met Marc once before at PupAid, his annual event at Primrose Hill.

“I wanted to raise awareness about the correct way of buying or choosing a dog,” he explains today. “I wanted to hold an event that taught people to only buy a puppy when you can see it interacting with its mum in the place it was born – either that or at a rescue centre.”

PupAid is a dog show with a difference. Instead of focusing on ‘Best in Breed’ categories, which are all about performance and looks, the show promotes the adoption of dogs with classes such as ‘Best Rescue’ and ‘Waggiest Tail’.

Marc has also recruited an extensive list of celebrities to aid him in promoting the cause – names such as Ricky Gervais, Brian May, Rachel Riley, Sue Perkins, Liam Gallagher and Bob Geldof. He describes the original flier to me; inspired by LiveAid’s logo, PupAid had a guitar headstock popping out of a dog chew. 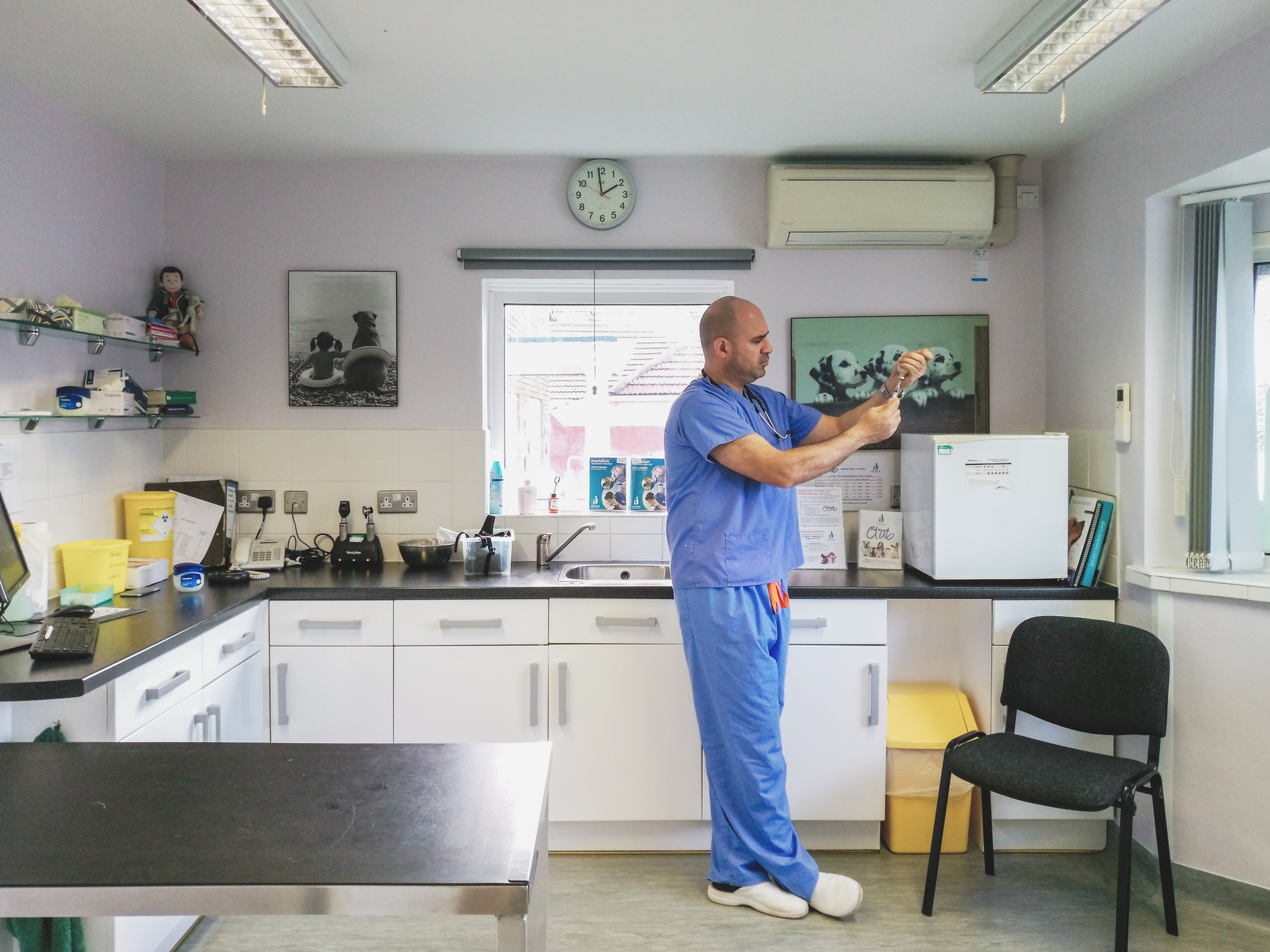 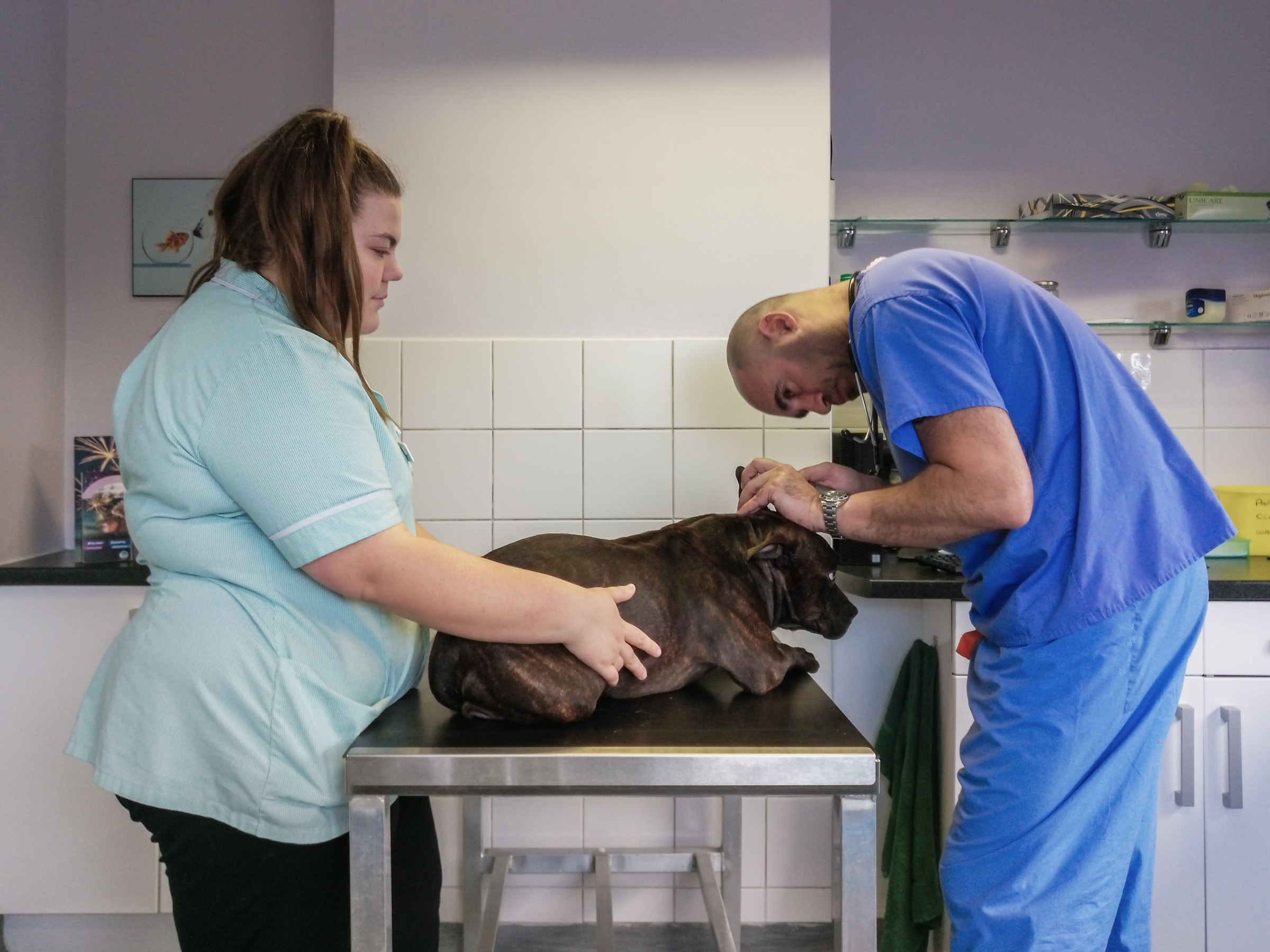 “I’ve always been an animal lover and I’ve always wanted to help animals,” Marc tells me, as I photograph him while he works. “My Mum told me that when I was three I took a maggot out of my pet tortoise’s leg with a twig and the tortoise got better.”

He worked hard through school and achieved his dream of becoming a vet but the hard work didn’t stop there. Marc had been working as an emergency vet in Brighton when he saw a trend of puppies being brought in with the deadly parvovirus, a condition that often develops from poor husbandry at puppy farms.

“When puppies are sold via third-party dealers, i.e. away from where they were born and without their mum, there’s no breeder traceability or accountability. If you take all of the emotion out of it, these people have been sold a faulty product.”

Except there is no taking the emotion out of it for Marc; I can see the years of frustration and grief this has caused him. I take a few portraits of him as his head drops and the usual bounce in his voice disappears. 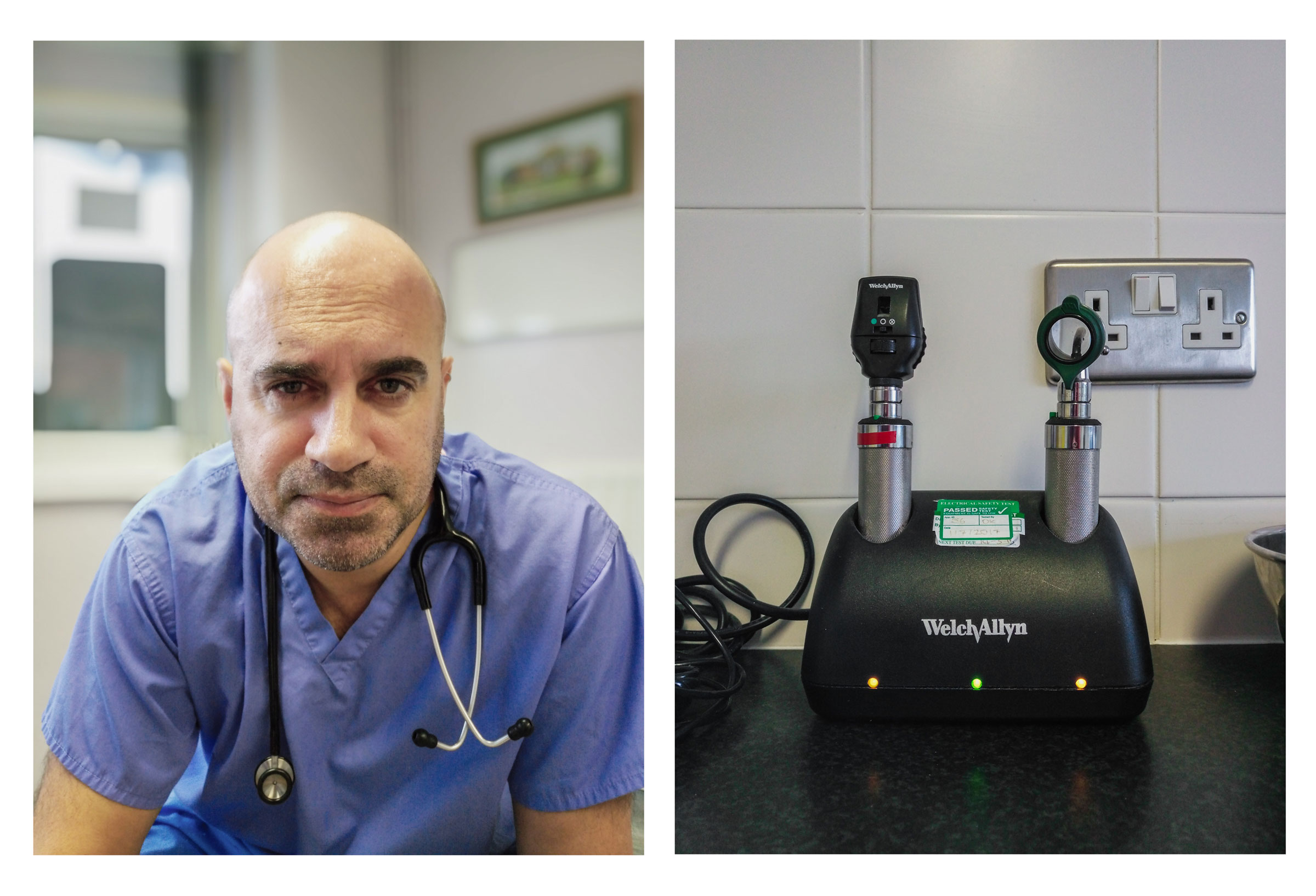 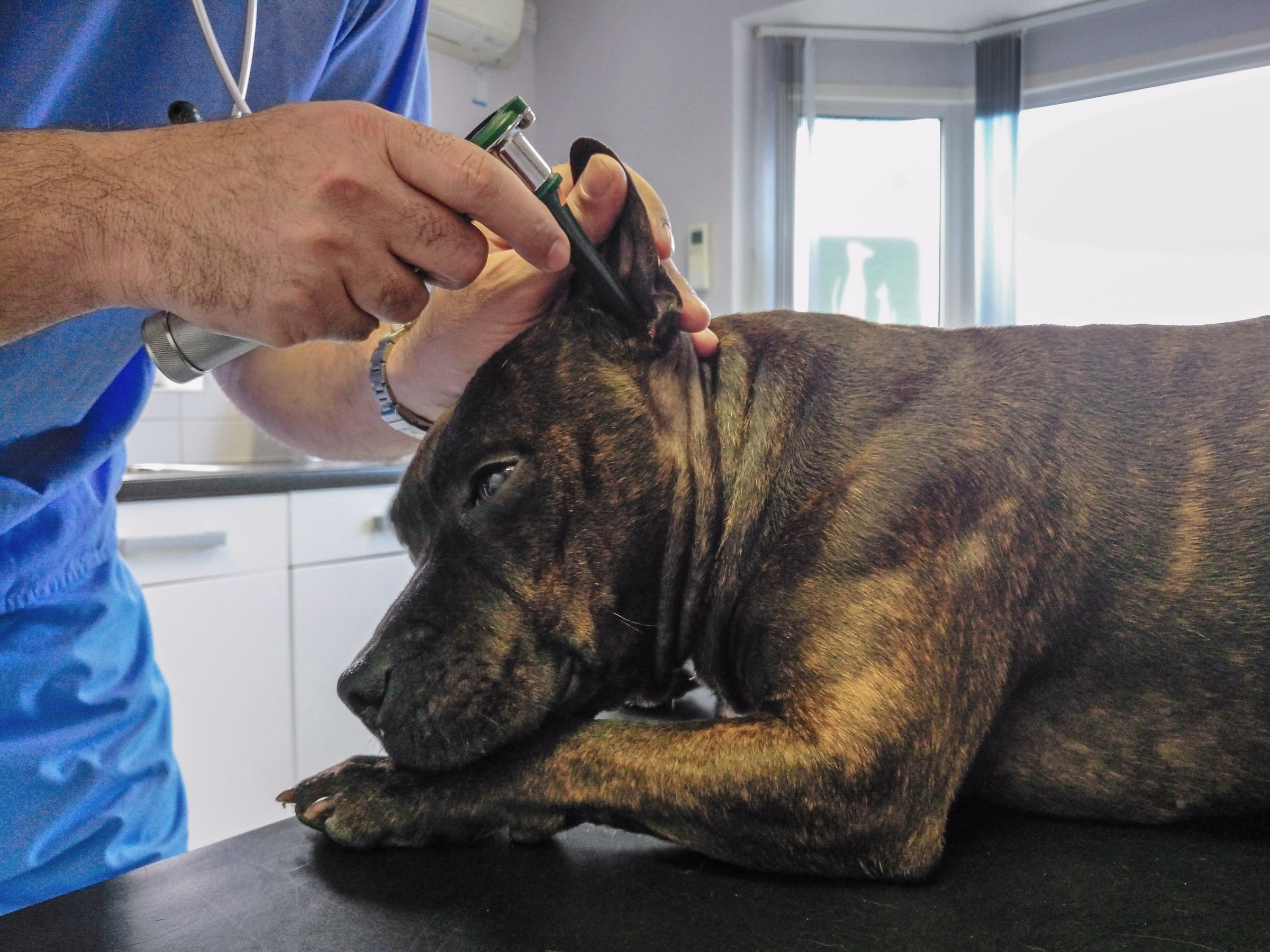 After seeing the success of PupAid, Caroline Lucas of the Green Party invited Marc to help her family pick a dog and then to Westminster to talk about his campaign. Since then, he has kept the political discourse going around the issue with e-petitions, rallies, debates in the chambers and now a campaign called ‘Lucy’s Law’.

Named after Lucy the Rescue Cavalier, the campaign is calling for the immediate ban on third-party puppy sales – meaning puppies can’t be sold if they’ve been separated from their mums.

Marc also worked closely with a select committee of MPs who visited a licensed puppy farm that had been given prior notice of their visit. Every MP came away from the visit saying that third-party puppy sellers must be banned as the dogs they saw hidden from the public couldn’t be dogs. They were in breeze block kennels – lonely and pacing, not interacting with each other. 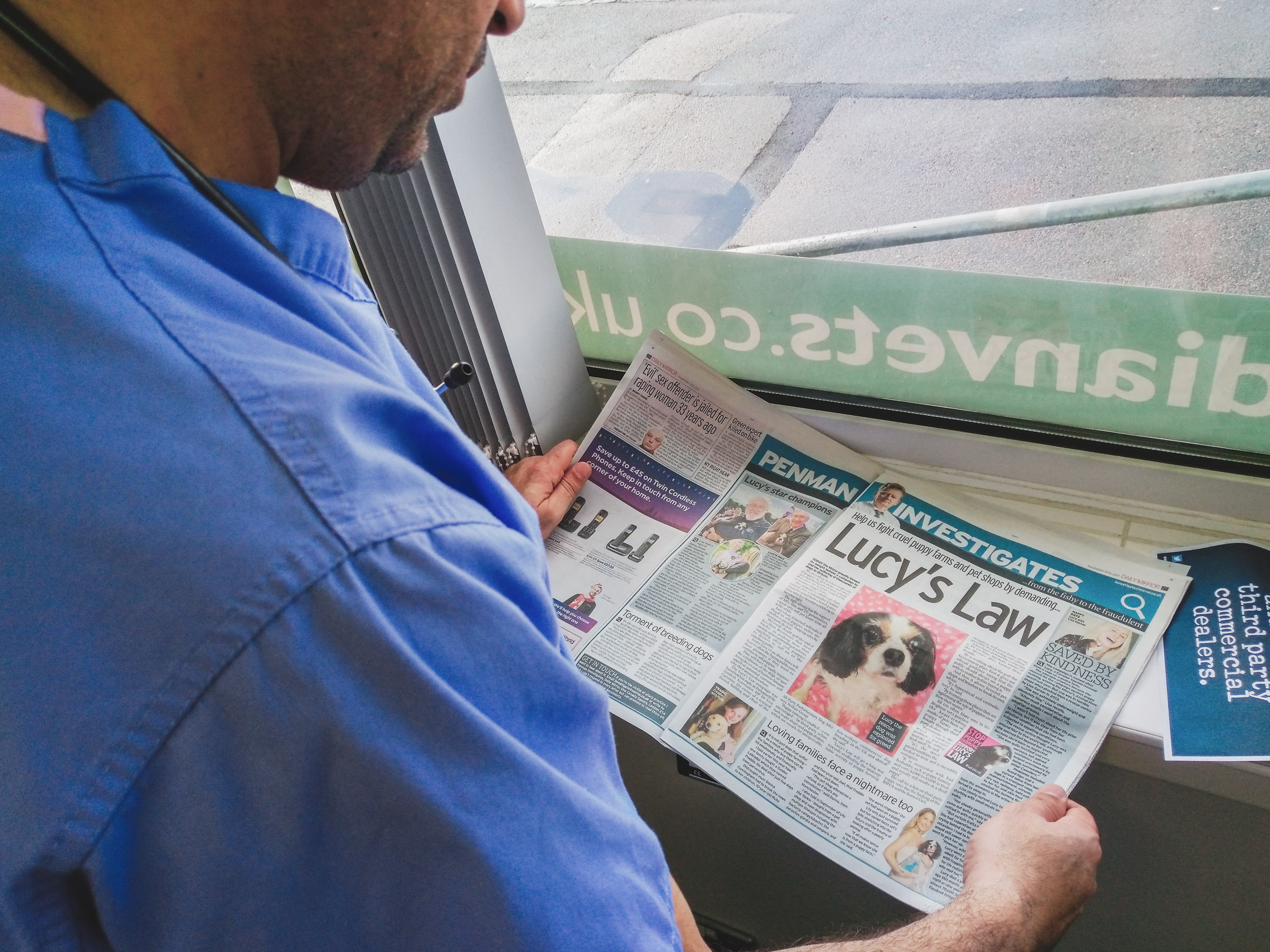 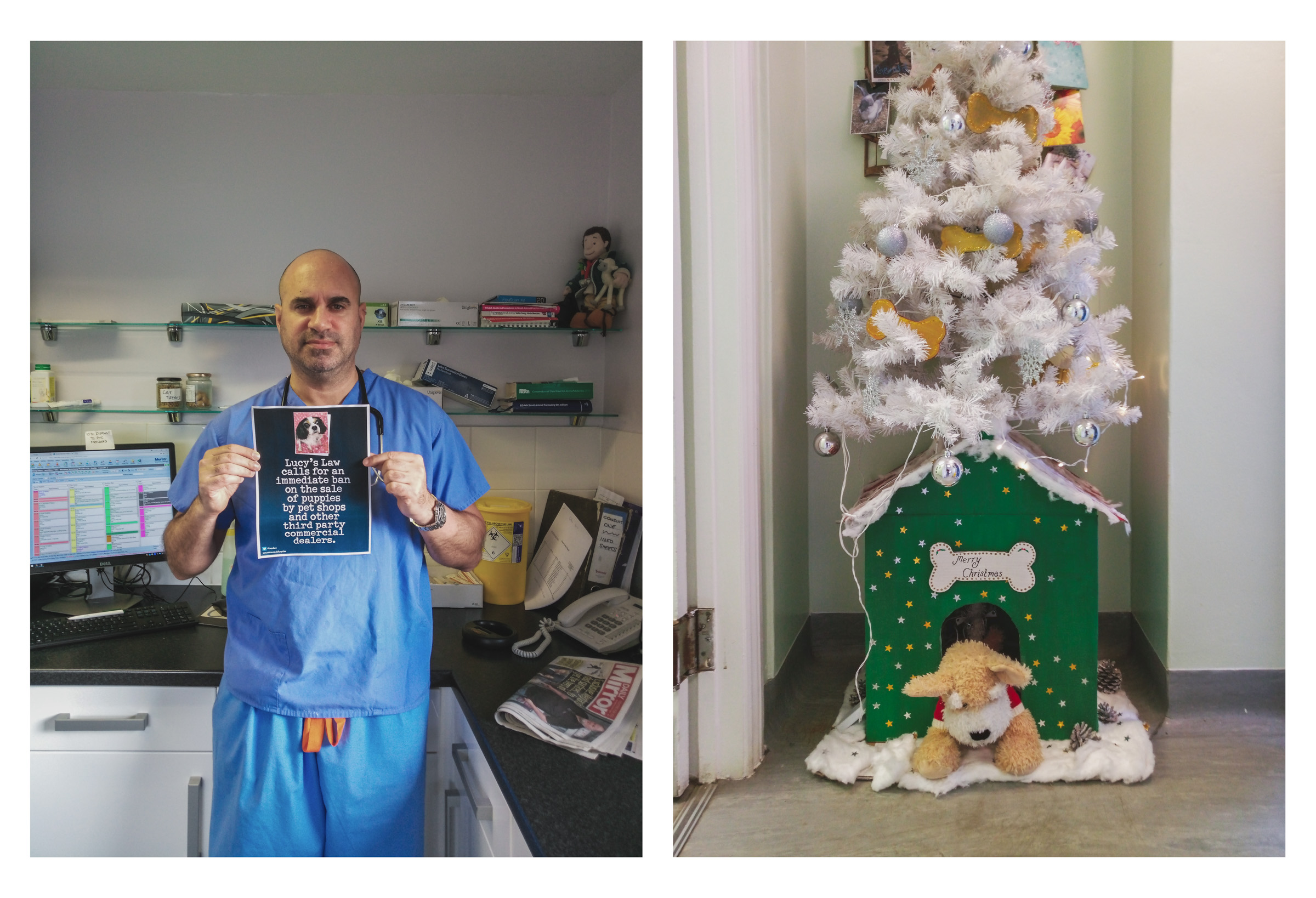 “I’m going to bring Brian in now,” comes the muffled voice of Marc’s assistant, followed by the sudden, rushed sound of little feet against the cold, tiled floor. Ex-rescue Staffie Brian – one solid muscle of a dog – bursts in and jumps on my lap. Marc and his assistant lift him onto the table for an examination.

In this instance, shooting on a phone is similar to shooting with a camera that has a waist-level finder. It doesn’t have to obstruct the eye contact and connection between you and your subject – it allows you to still be engaged with the people – and dogs – you are photographing. Marc gently lifts Brian down onto the floor and he scurries away back to his bed. 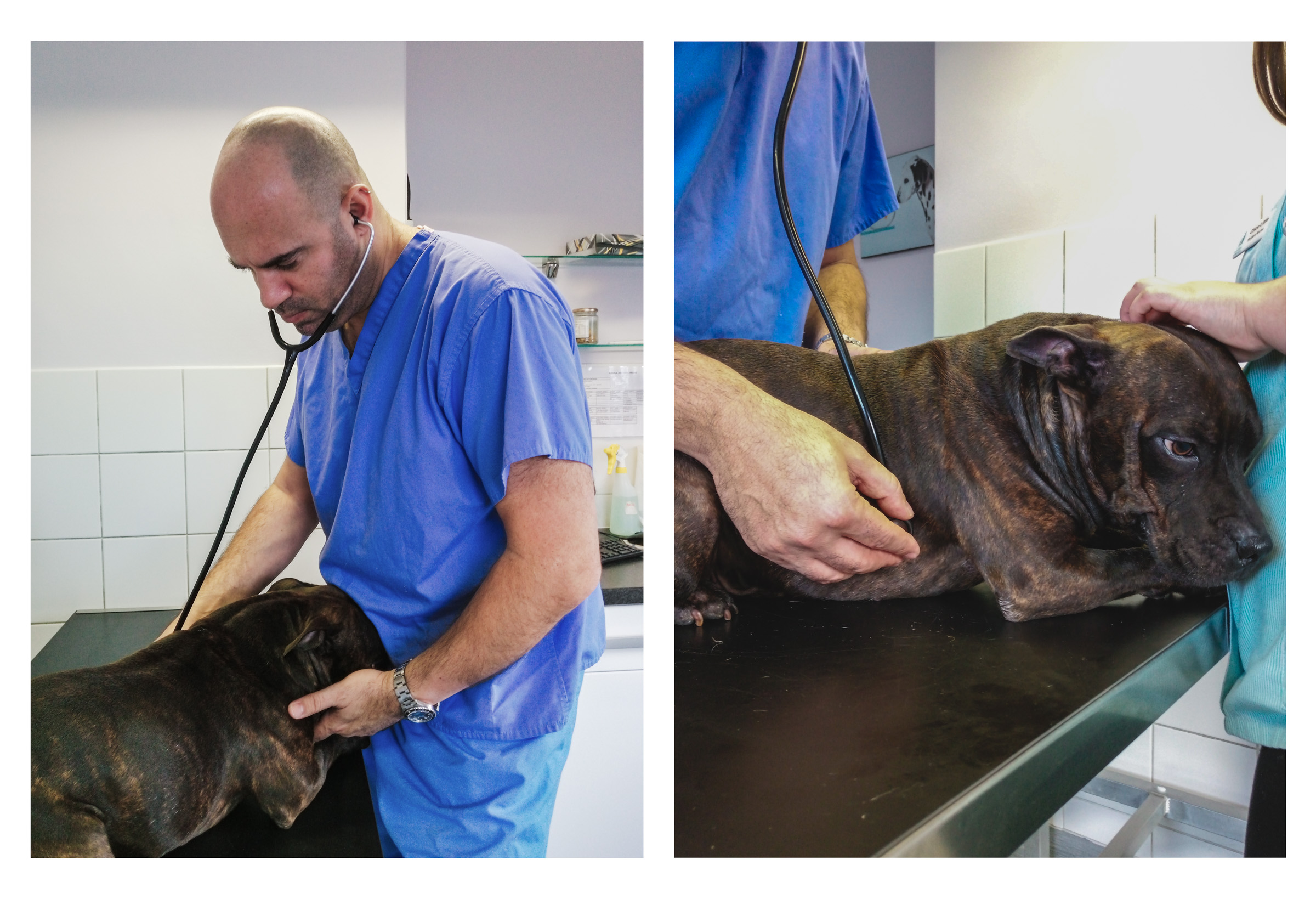 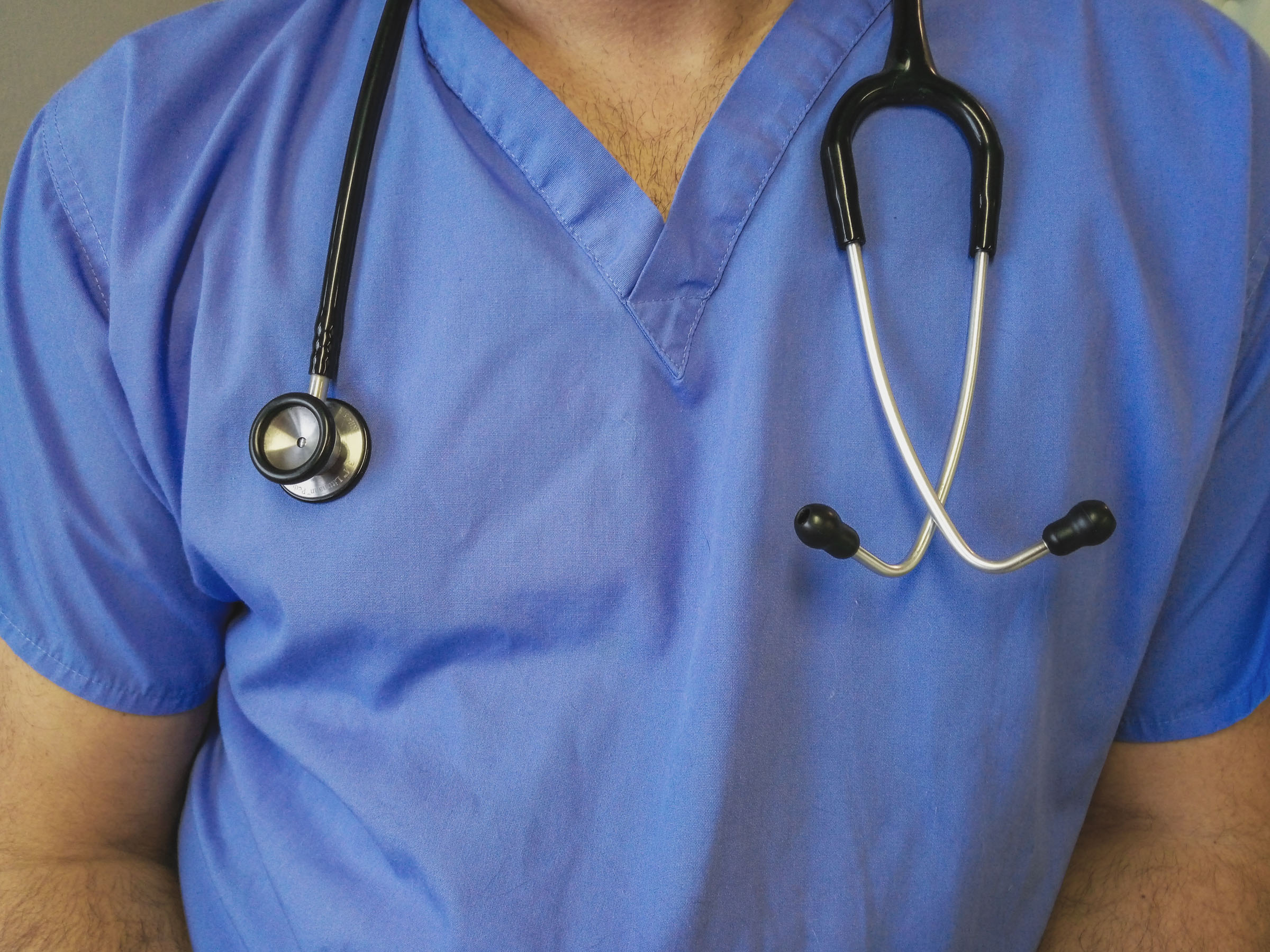 Before I leave, I ask Marc for some tips for anyone considering welcoming a dog into their family in this festive period. “The people producing puppies to be sold at this time of the year are usually unscrupulous breeders, so please resist the temptation to buy a puppy for yourself, your family or even a friend and make your New Year’s resolution to adopt from a rescue centre instead.”

Marc stresses that rescue centres have puppies too. “You may have to wait a little while but you’ll be saving a life and not be contributing to the puppy farming industry.” 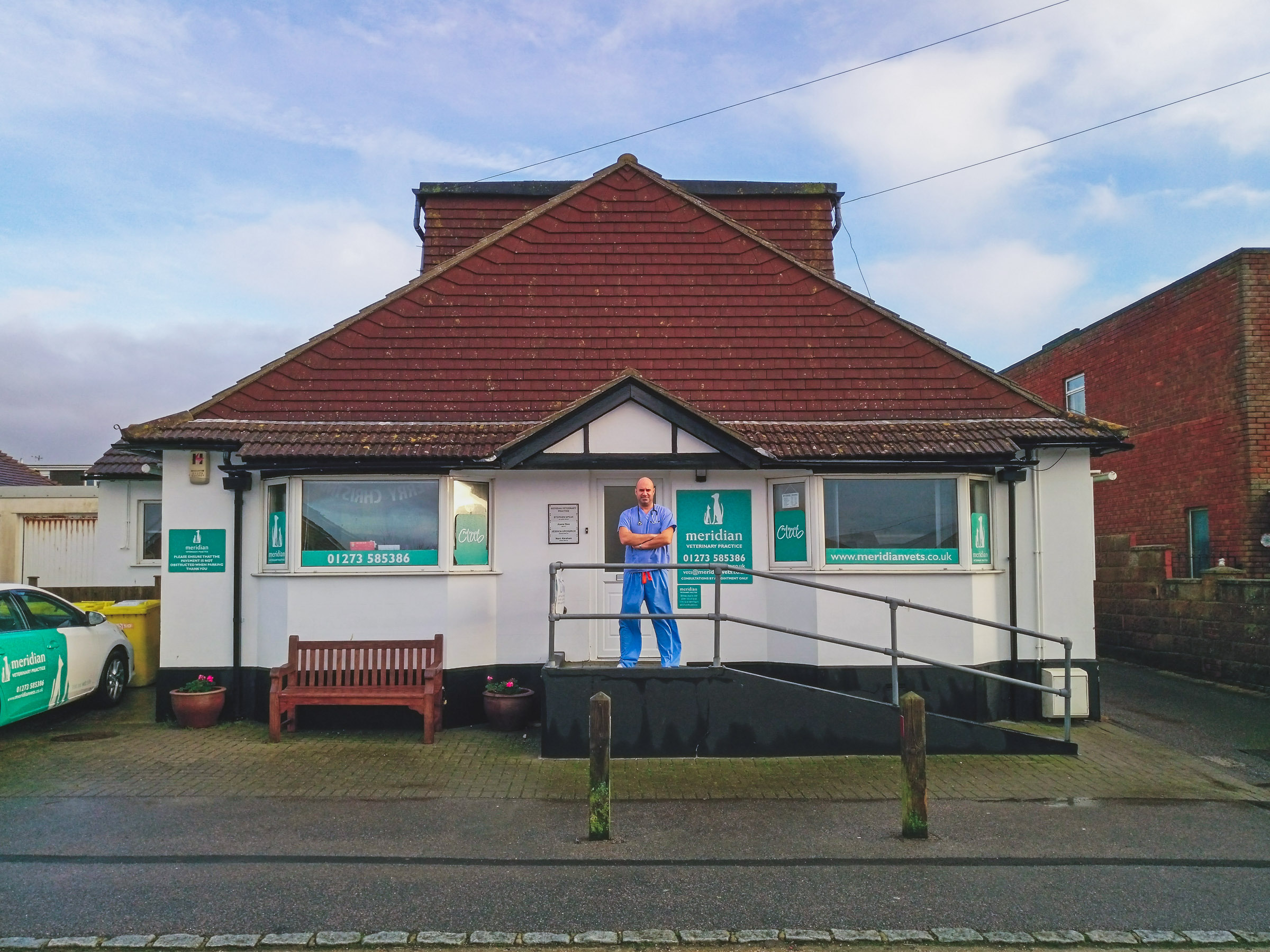 I step out of the door and notice that the weather has cleared. As news of ‘Lucy’s Law’ makes its way into mainstream media, I can’t help but hope that Marc can carry on the momentum he has been building over his career and one day put an end to the cruel conditions that so many of the UK’s puppies are bred into.

Linkedin
RELATED ARTICLES
OTHER ARTICLES
After blocking the Scottish government’s gender recognition reform bill, Westminster is now devising further changes to the law to make it harder for trans people to self-identify.
A new podcast is opening up the conversation between trans women and trans amorous men in the hope of building coalitions.
Tristan O’Neill’s shots of dancers caught in moments of reverie at the height of rave’s golden age are a testament to the UK’s legendary club culture.
A recent High Court ruling against the right to wild camp in Dartmoor National Park sparked the largest land protest in history – and campaigners say their fight is not over yet.
Following the release of his debut single, Deyaz talks battling addiction, dealing with his struggles through music, and building a budding music career from his living room.
A new law change is enabling Britain’s donor-conceived children to know the truth about their origins – but campaigners say the fertility industry must do more to protect people.