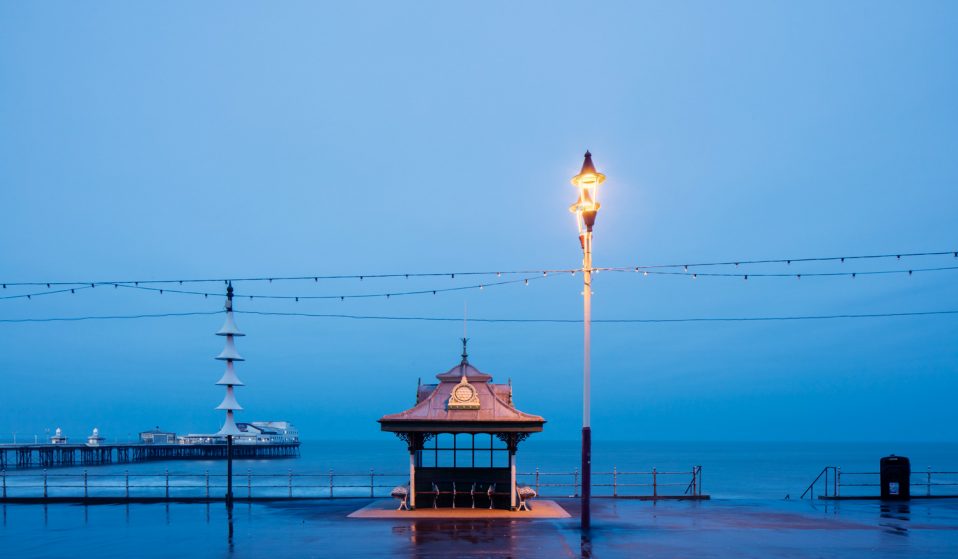 Photographer Will Scott travelled the UK via its old, beachfront structures, constructing an ode to the Great British holiday in the process.

Over a three year period, photographer Will Scott travelled the UK via its old, beachfront structures, constructing an ode to the Great British holiday in the process.

You, your entire family and at least three inflatables, packed like sardines into a four-door saloon, hurtling down the motorway on your way to the beach. The sun’s shining, there’s not a cloud in the sky and your sister’s well on her way to being off her head on travel sweets. Life’s grand.

Except, of course, when you get there, it rains. It rains like its angry. A biblical kind of rain, so nasty and relentless that you forget what it was like to ever feel truly safe. Your sister is crying. You want to go home, but your parents won’t budge. “Well, we’re here now,” says your mum, resolute as the wind shakes the car. “We might as well try and enjoy it.” 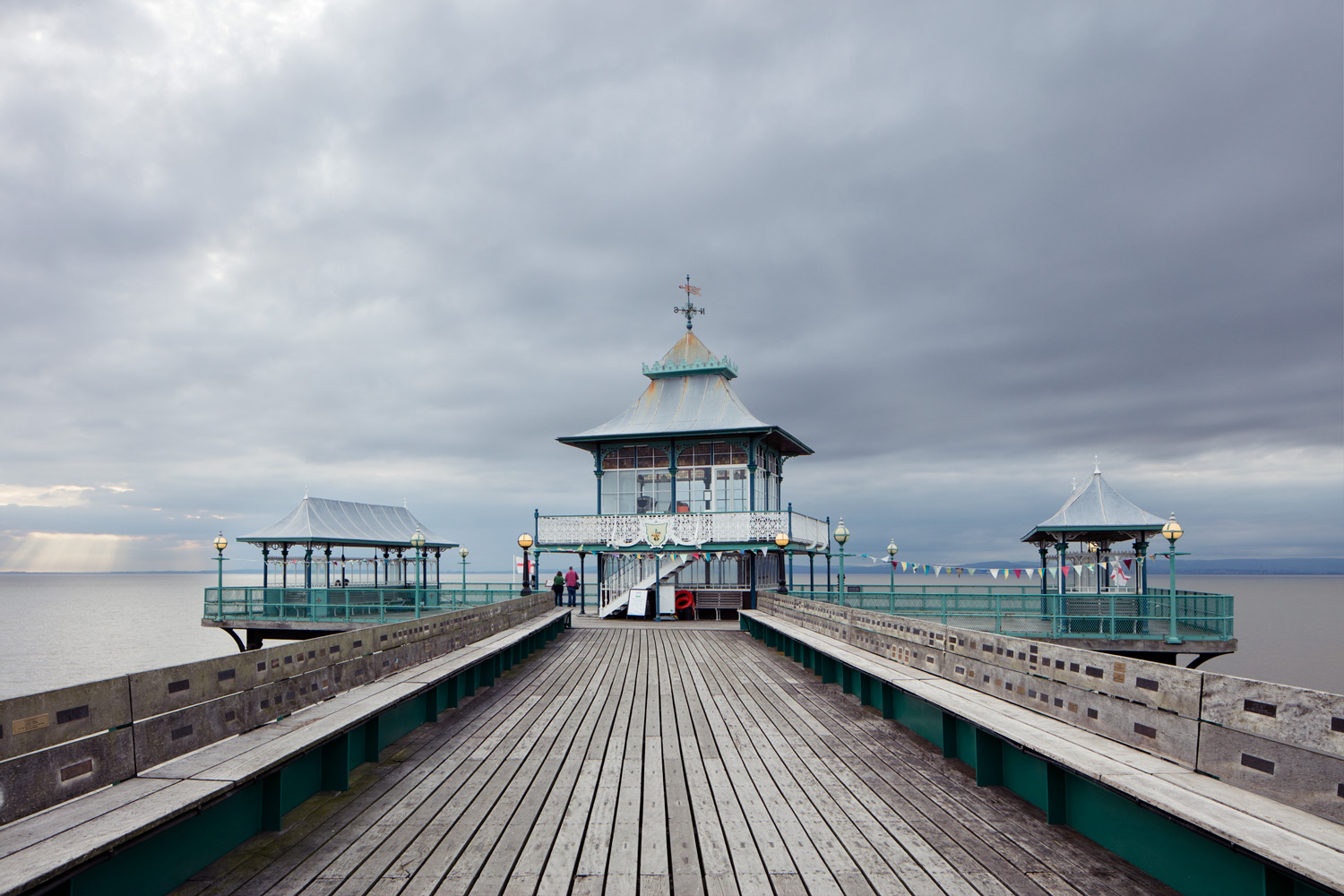 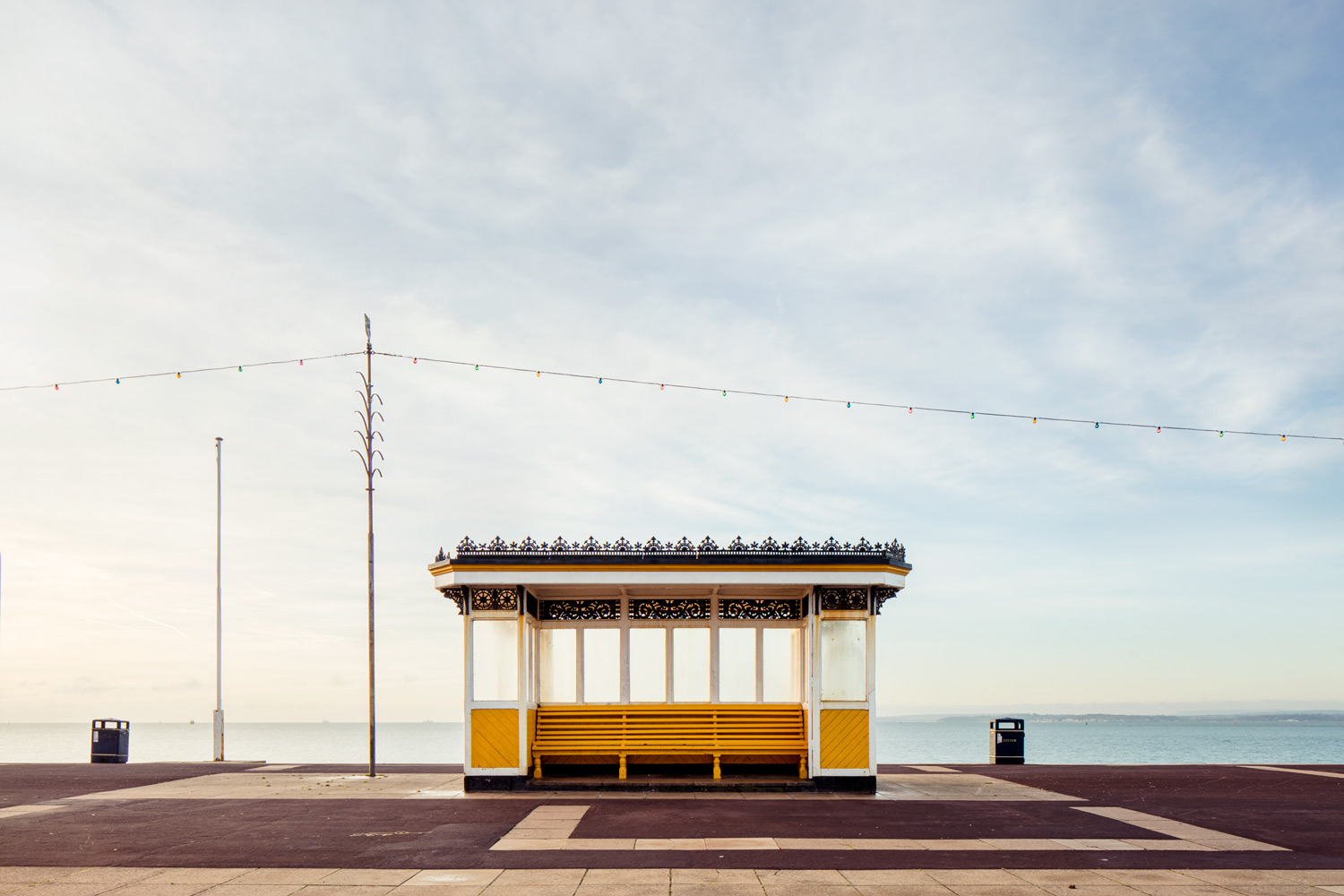 Chances are, if you grew up in the British Isles, the fated trip to the seaside is something you know all too well. It’s a rite of passage: journeying across the country to find a beach, only to get there and moan about the weather.

For photographer Will Scott, Britain’s relationship with its seaside towns has always been a point of fascination. Raised in North Berwick, Scotland, he’d grown up witnessing it first-hand. However, it was only stumbled across some images of beach shelters – bygone structures, built to protect holidaymakers from the elements – that he saw the opportunity for a project.

“I knew straight away it would work as a series and when I realised it hadn’t been done before, I made a list and started shooting them,” he explains. “I think the fact that they are so small – and often one-offs – makes them really interesting individually, as they are so unique. And as a set, it’s fascinating seeing the differences between eras and towns.” 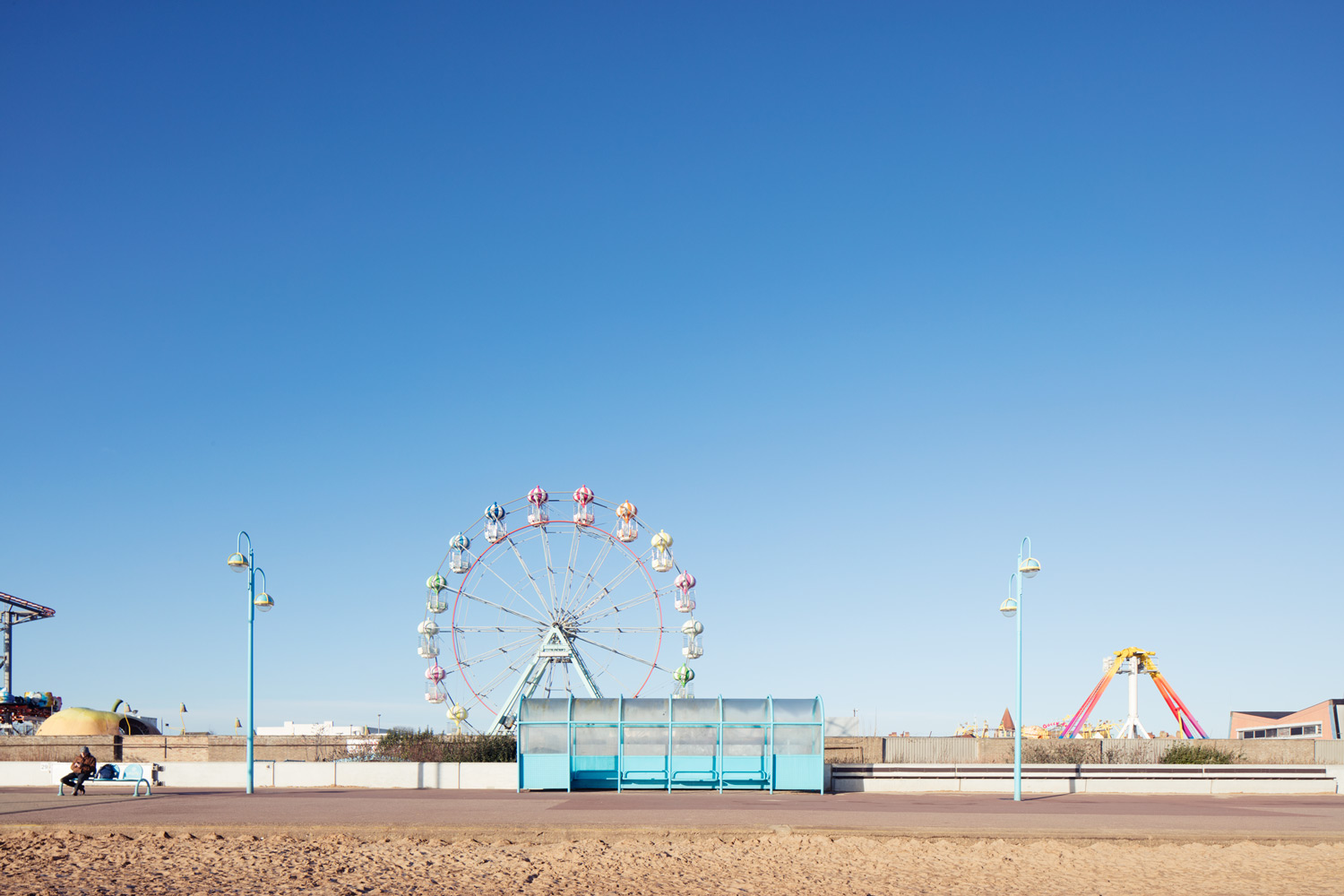 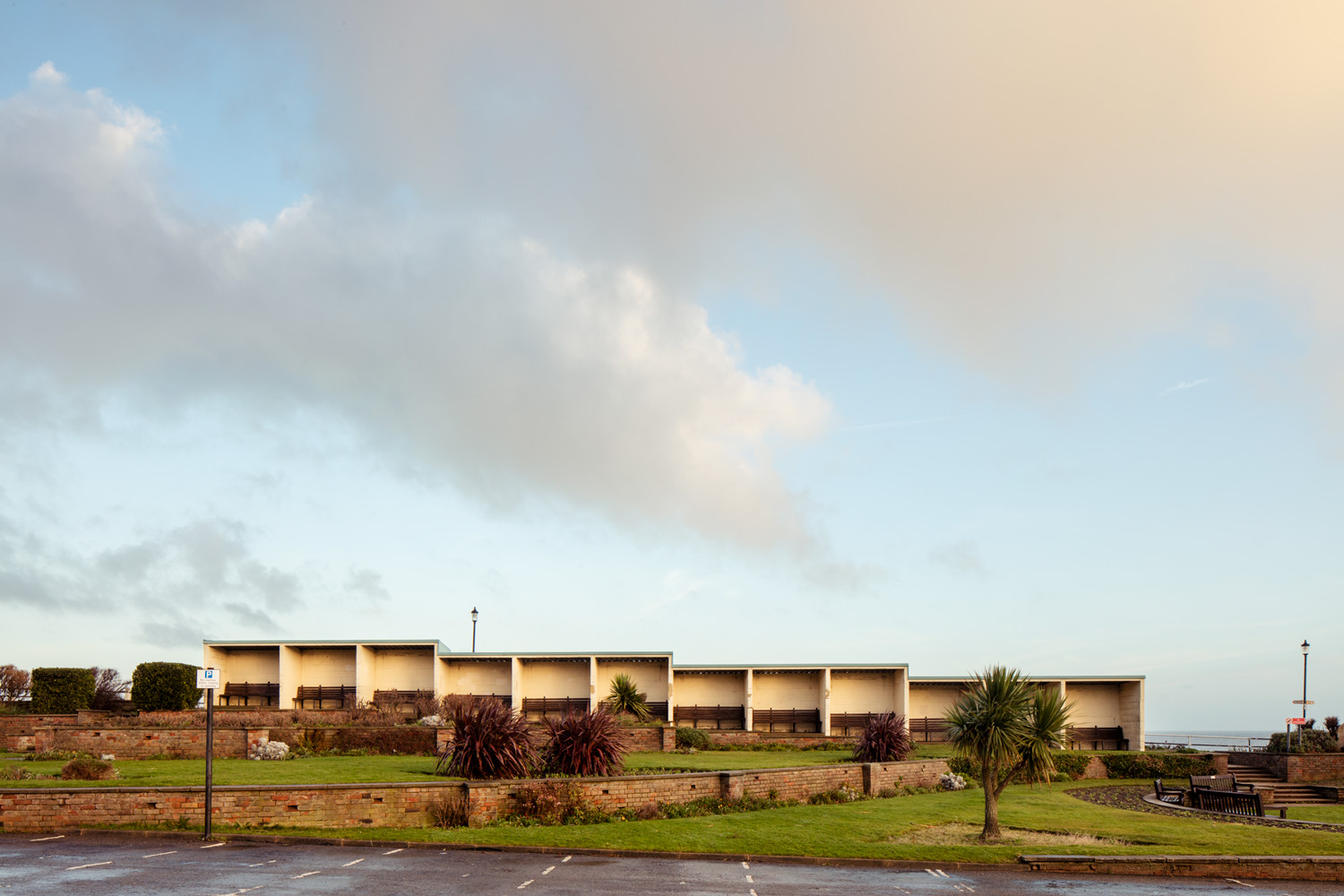 Over the course of three years, Scott travelled across Britain, hopping from town to town. Today, the photos make up Seaside Shelters, a book (and accompanying exhibition) that maps his journey via the structures he shot.

For him, the structures depict a faded glory: a time when urban development didn’t answer to a grand plan, and where one person find themselves responsible for shaping the aesthetic of an entire town’s seafront. Above all, though, the project is an ode to the Great British holiday – rain and all. 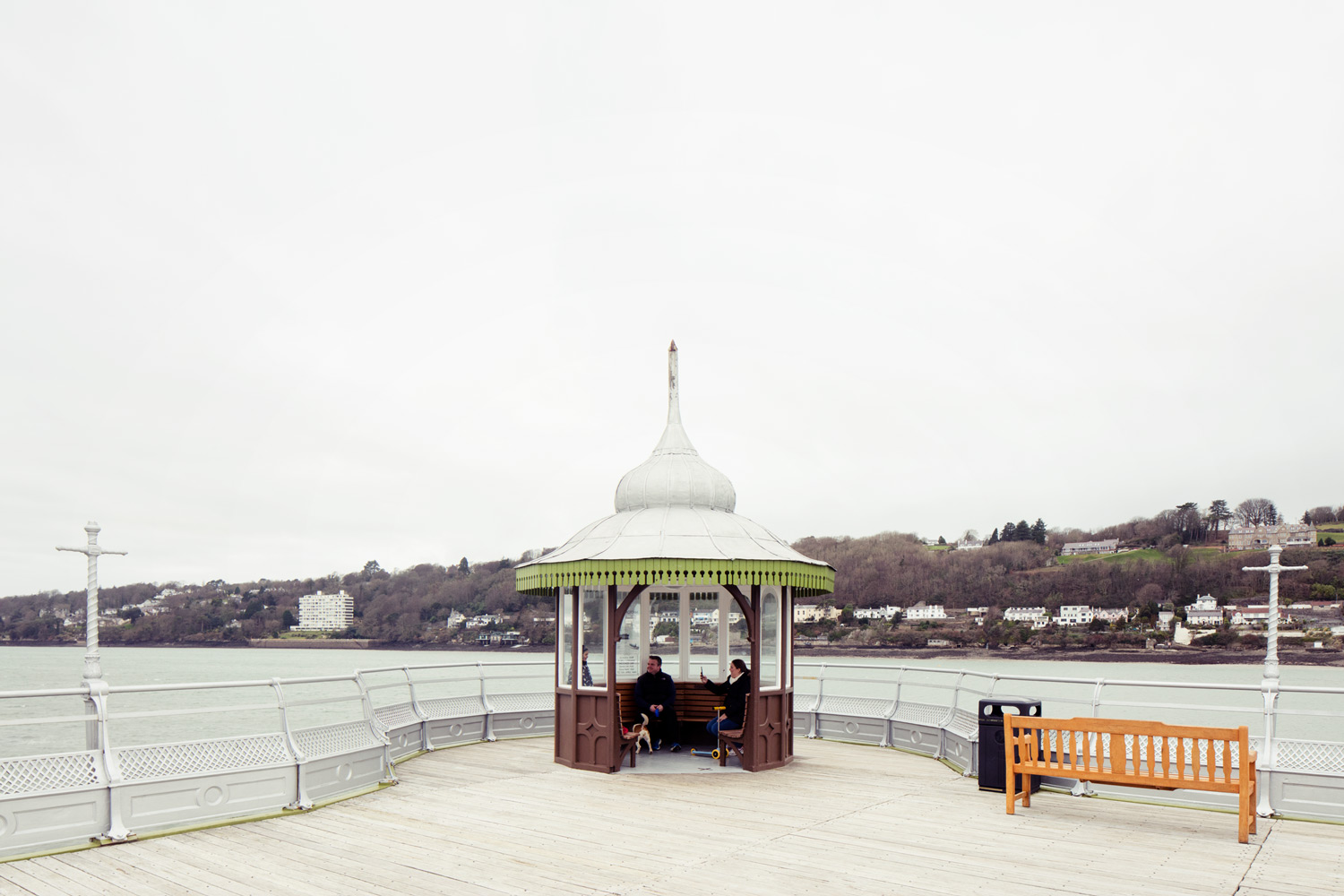 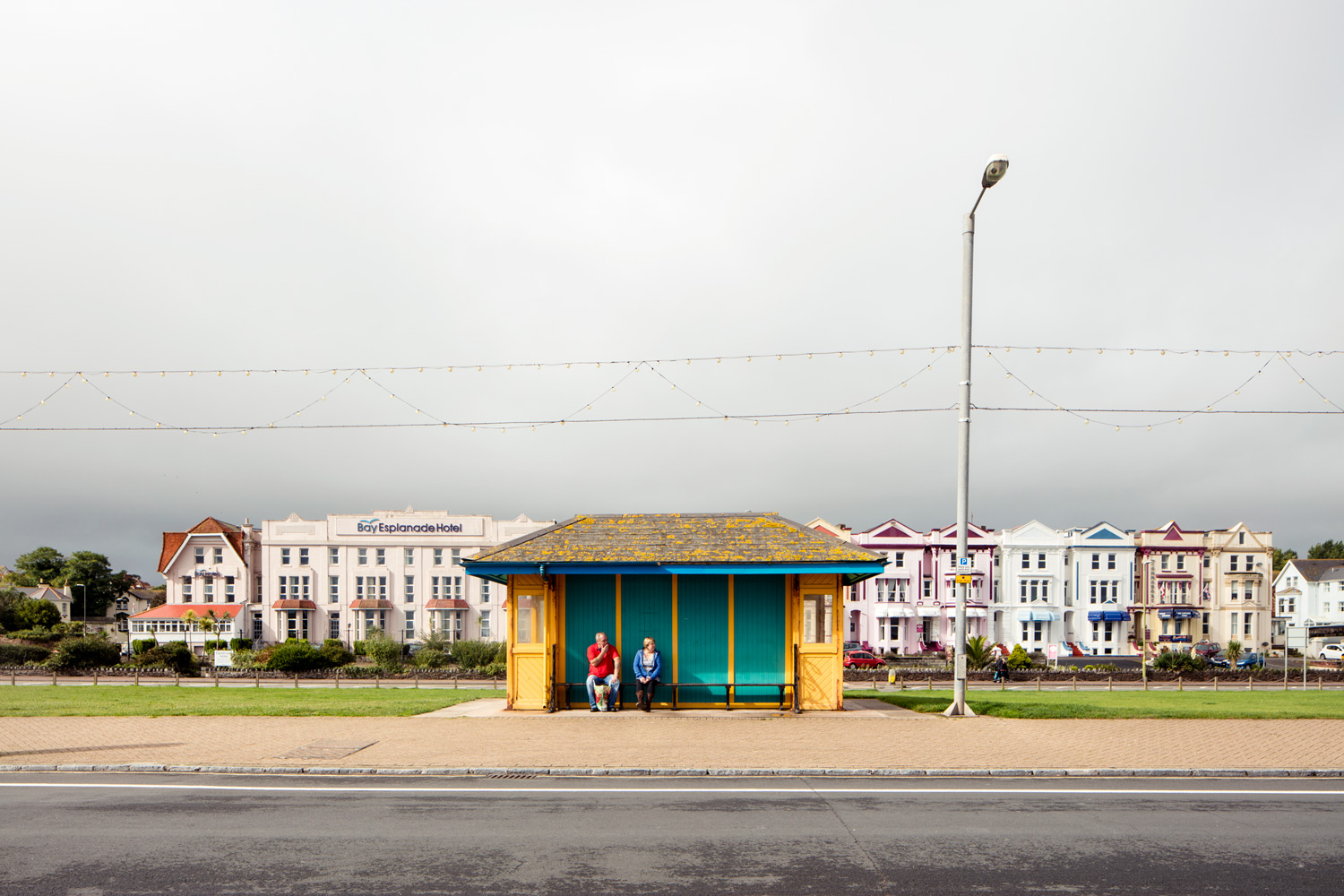 “In an age when much of our urban built environment is becoming more uniform I think its important to recognise the places that are retaining their own character and I think that the shelters often do reflect ‘their’ towns,” Scott adds. “Brits love to moan about the weather, too hot, too cold, too wet – and the shelters existence is based on the UKs changeable weather.”

“I remember going on family holidays, always [in] the UK, and it didn’t really matter what the weather forecast was. If you decided you were going to the beach, you went. I shot it with a similar mindset!” 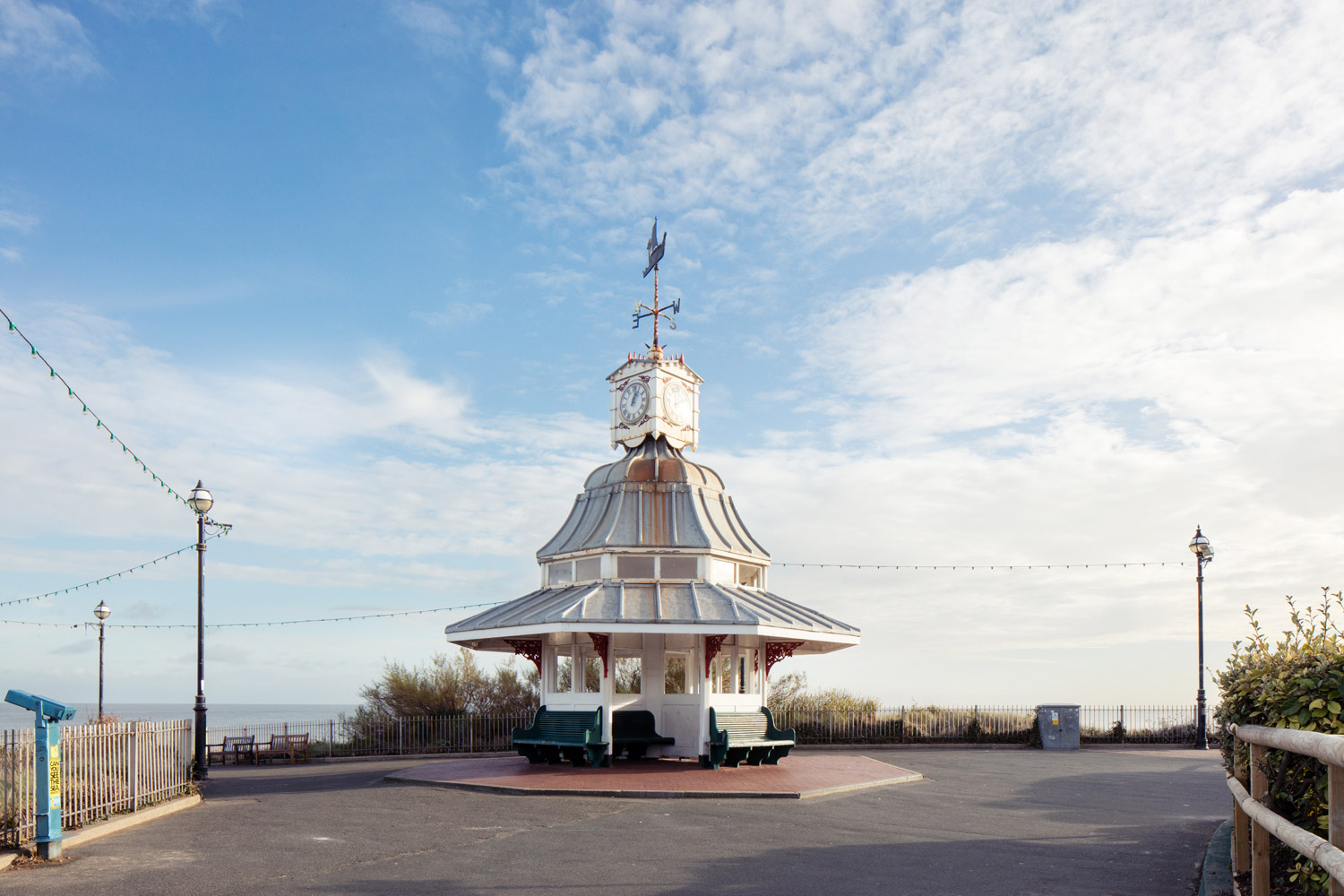 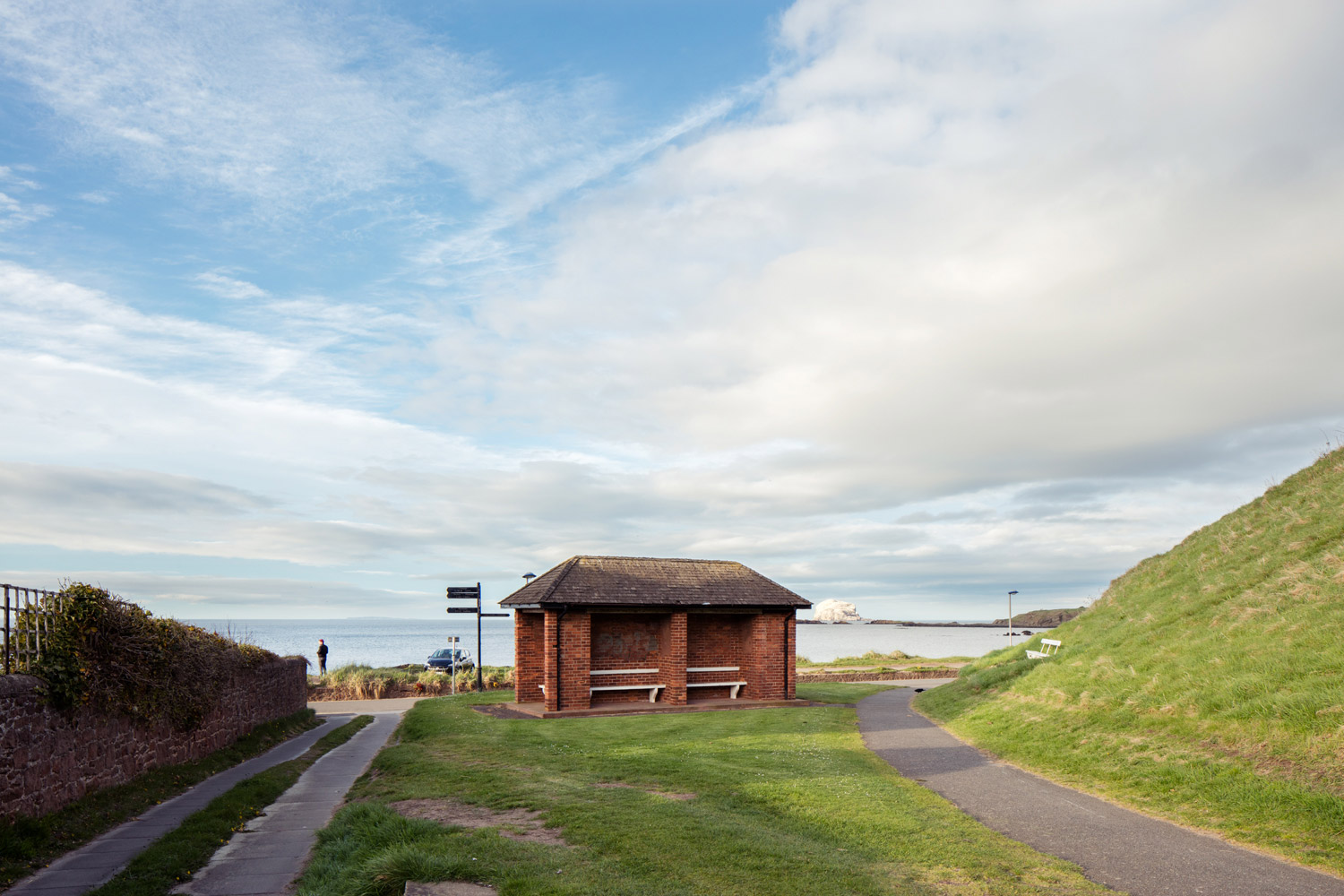 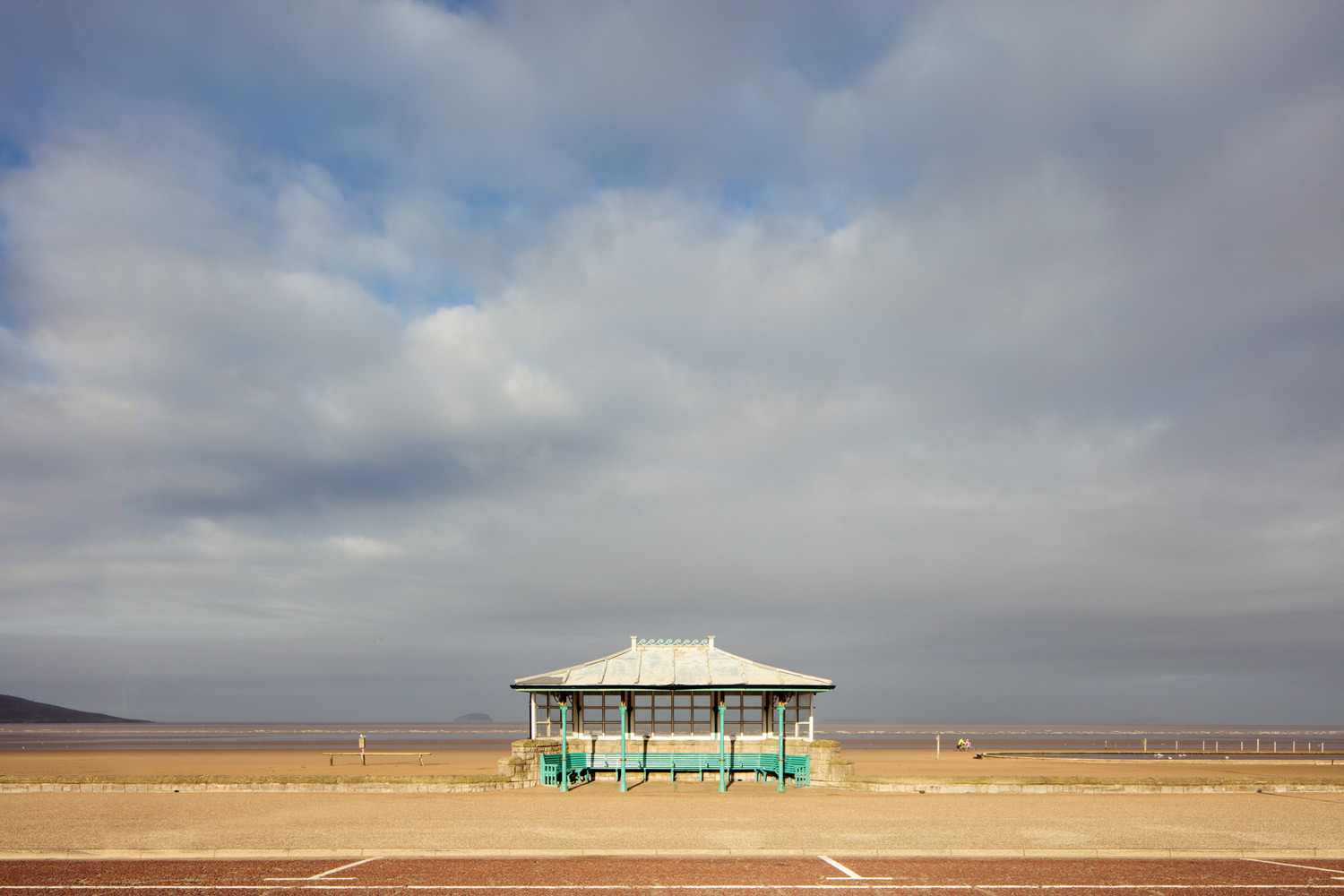 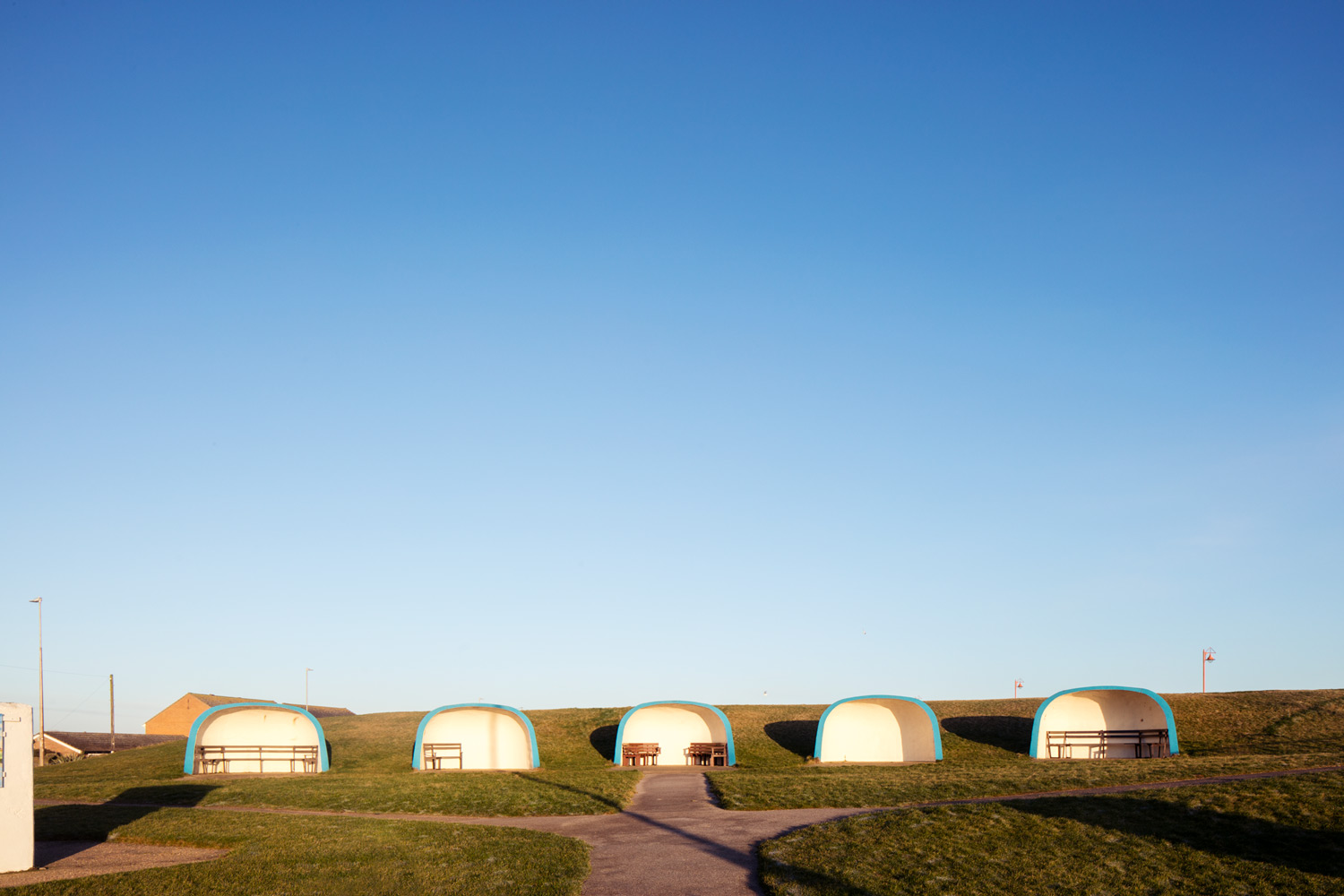 Linkedin
RELATED ARTICLES
OTHER ARTICLES
Photographer Arthur Grace recalls travelling through the Soviet Bloc and finding ways to evade the surveillance of his work.
Over the years, a swimming hole in a city park has evolved into a magnetic meeting place for Philadelphians – a hideaway where people can connect with the natural landscape, and each other.
Finland-born photographer Sirkka-Liisa Konttinen looks back on her decades-long documentation of life in Northern England.
In the latest instalment of Photographers in Conversation, the chronicler of raves, protests and beyond explains why he’s drawn to such specifically visceral environments.
Proposals to introduce a minimum GCSE threshold for student loans will disproportionately affect those from marginalised backgrounds.
Whether it's partygate, the climate crisis or the spiralling cost of living, the fightback begins on the picket lines writes Tommy Vickerstaff