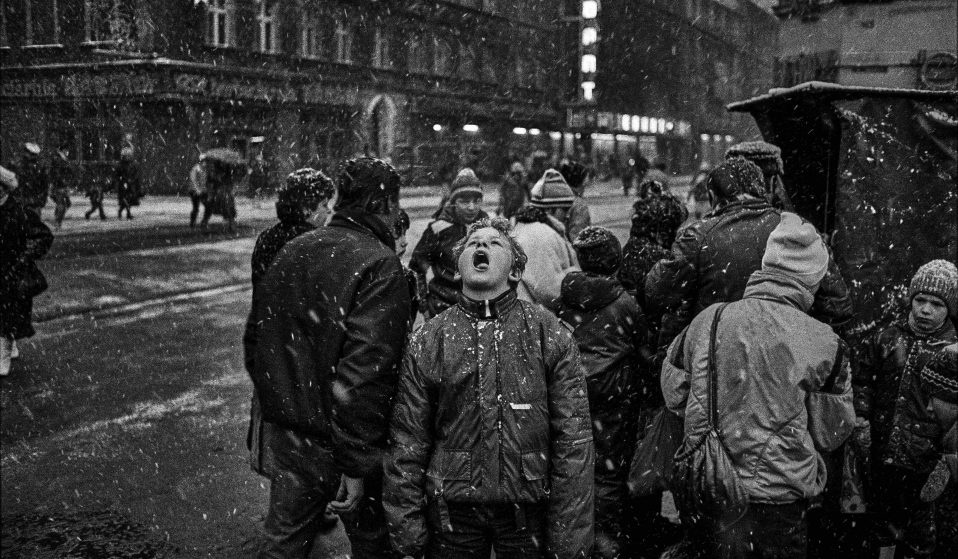 Whether he’s photographing miners in Bolivia or a village disco in Poland, Witold Krassowski is ultimately drawn to the things that unite us.

Whether he’s photographing miners in Bolivia or a village disco in Poland, Witold Krassowski is ultimately drawn to the things that unite us.

“When I was eight years old, I saw a miracle,” says photographer Witold Krassowski. “My elder sister locked herself in her room with a friend and I was strictly forbidden to enter. So the first thing I did, obviously, was enter.”

Inside, Krassowski discovered his sister had set up a photographic darkroom. Immediately she started yelling at him, because by entering the room he had ruined their prints with the light. “But once I entered they couldn’t kick me out,” he adds.

That was when he witnessed a miracle: “I saw a piece of paper that was put into a salad bowl full of water because they had no proper dishes – and all of a sudden an image appeared. I remember that moment clearly.”

While this early memory sparked his interest in photography, Krassowski’s professional career as a photographer began after graduating with a diploma in French Linguistics, when he was offered a position as a press photographer at a Polish newspaper. Having studied French for several years, it was a big decision to make – but one he doesn’t regret.

During this time, Poland was in major transition: communism was crumbling and the Solidarność (Solidarity) movement was created, which Krassowski documented for several years, before travelling to London in 1988. There, he began working freelance for the Independent magazine and joined the Network Photographers agency. Soon, he was taking assignments in Britain and other countries around the world. 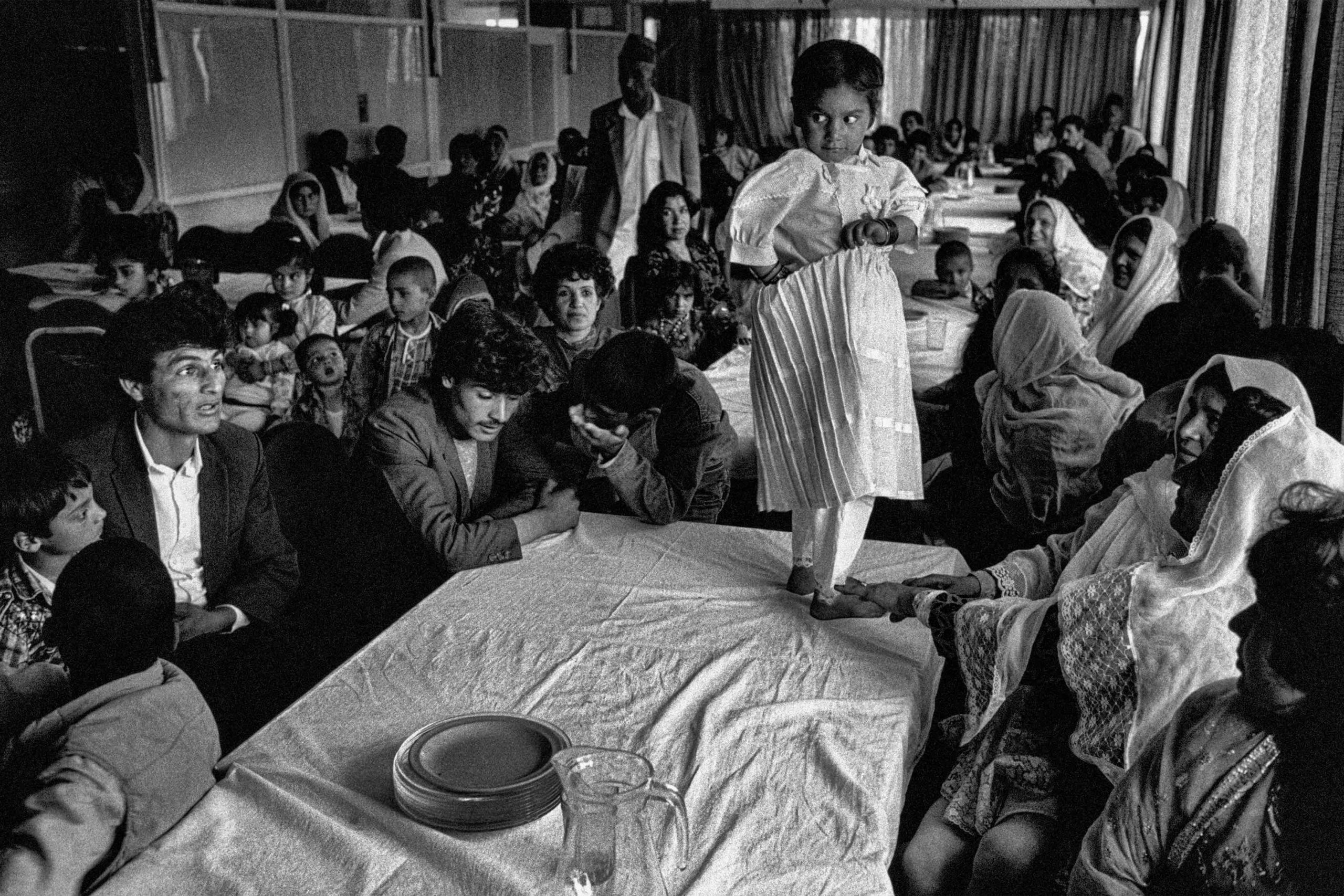 A child put on display to invite negotiations for a marriage offer, Kabul, Afghanistan,
1991 © Witold Krassowski 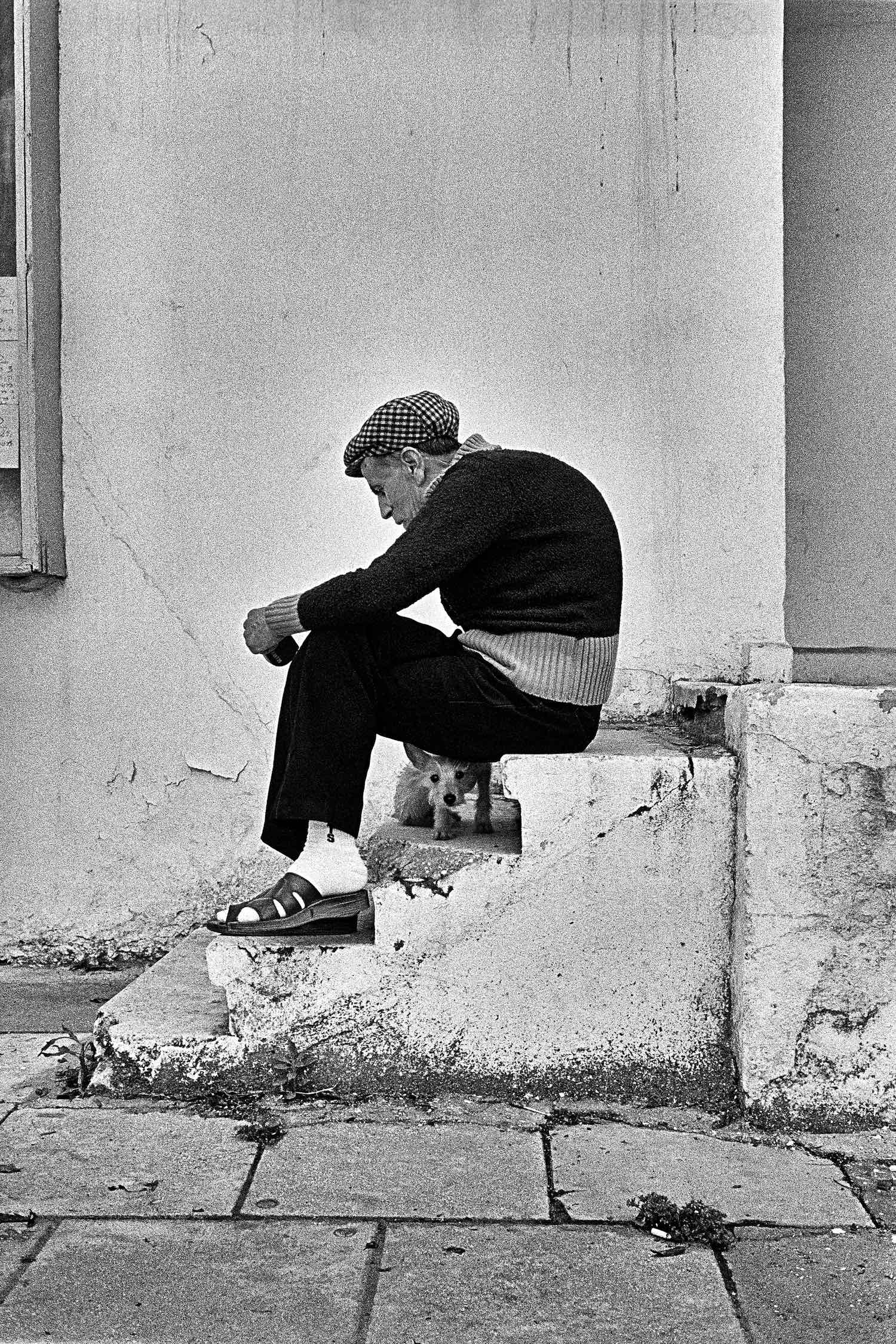 “I was never taught what to photograph, I had to figure it out myself,” says Krassowski. “So obviously I was taking pictures which were different from other photographers, and that required a certain degree of courage from the client, because for some clients I was unpredictable. I went somewhere and nobody knew what I was going to bring back. It’s risky, and editors don’t like it. Colin Jacobson – the then photo editor of the Independent magazine – took the risk and I’m very grateful, because whatever happened in my professional career in photography is due to him.”

While on assignments, Krassowski would often take out some pictures for himself, “saving them like a squirrel saves nuts” over the course of his career. It was with this extensive visual archive that he approached photo editor Stuart Smith, with the idea to edit the photos into a much larger story, resulting in the book Sackcloth & Ashes.

One of the uniting threads of Krassowski’s work is the focus on ordinary lives and ordinary people. “I was interested in this logic of life which has nothing to do with politics,” he explains over the phone. “I was brought up in a communist country, which meant that you distrusted politics. It didn’t matter what side you were on, people were suffering exactly the same. So, I became interested in the logic of life which excludes politics, but includes what we call the ‘rites of passage’: these stages of life which are typical all over the world.” 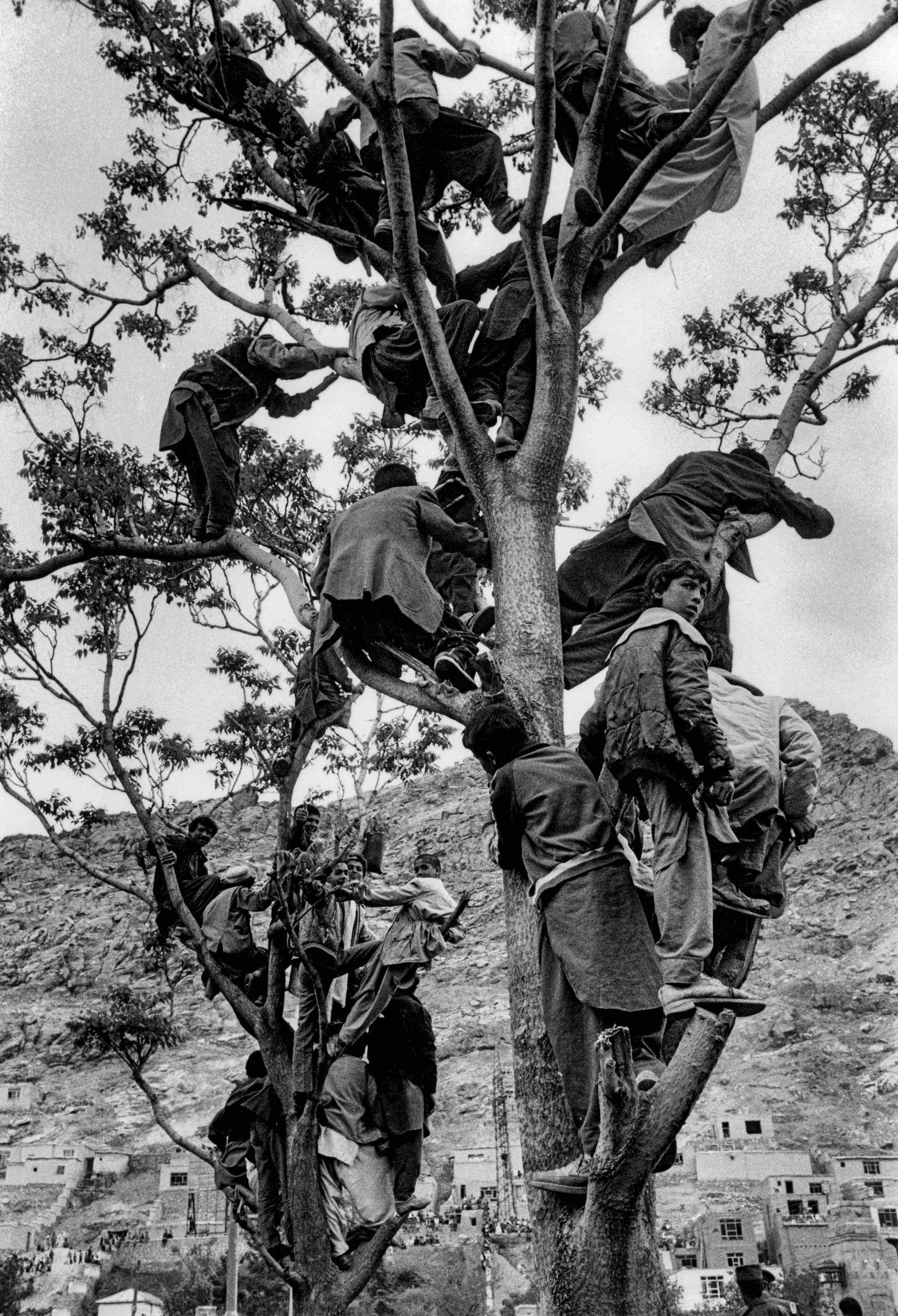 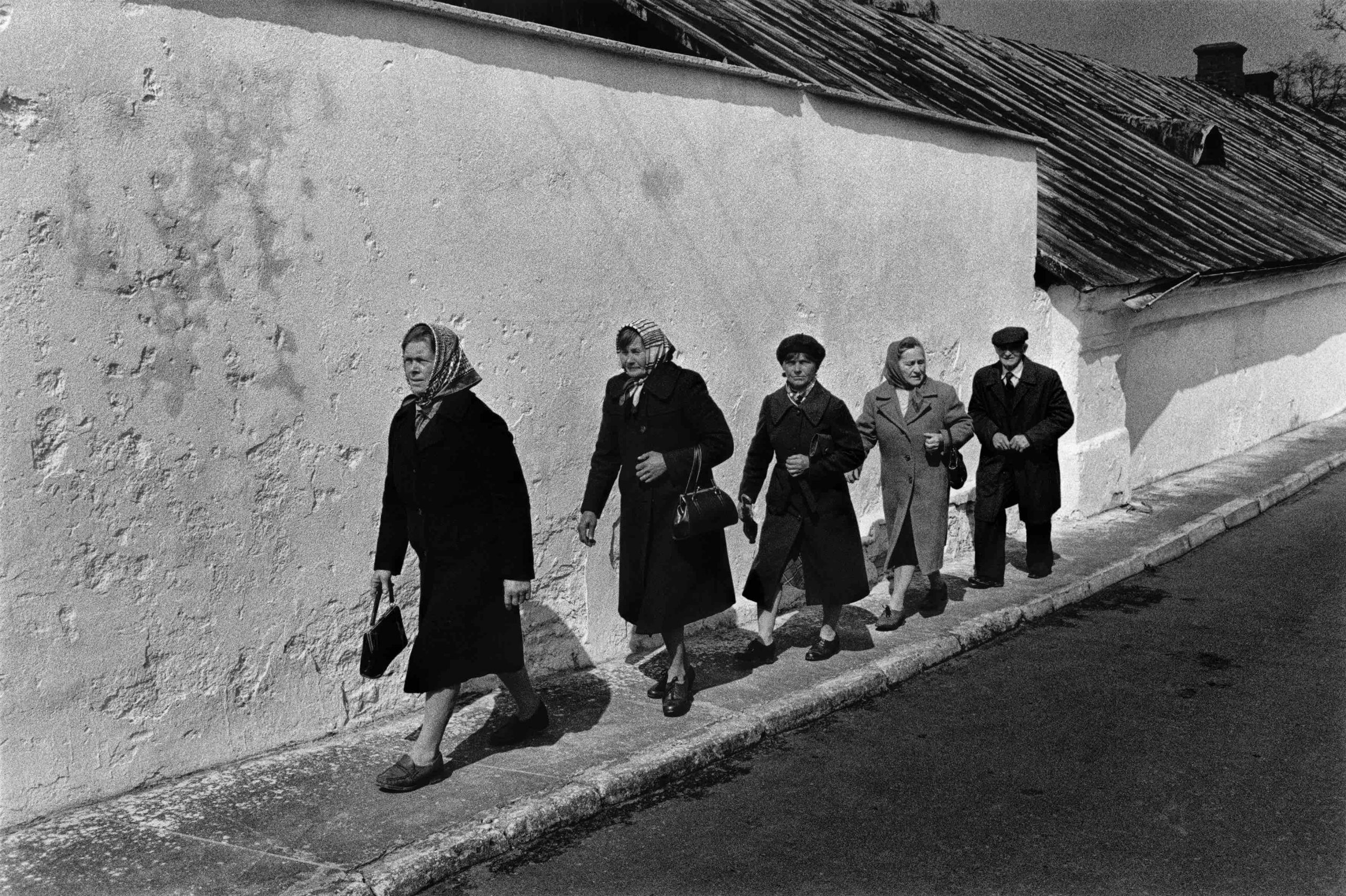 With Smith’s edit, Krassowski was awarded a fresh perspective on the pictures he knows so well. “When you edit such a book you don’t pay attention to the individual images, because they’re not that important. What’s much more important is how the pictures flow,” he says. “This is the masterpiece of Stuart Smith. I provided him with over 3,000 pictures and his edit was completely different to the one that I would’ve made.”

Whether he’s photographing miners in Bolivia or a village disco in Poland, Krassowski is ultimately drawn to the things that unite us. Each photo compels us to study the details, discovering something new each time we return. While the individual stories may now be history, they still have an undeniable intensity and aliveness to them today.

Asking his opinion on what makes a photo timeless, Krassowski laughs: “I seriously doubt a picture can be timeless. But there are some pictures that may last longer. And they must have two conditions: firstly, that they are not showing a specific event. If the picture is too specific, it doesn’t afford many personal, generalised interpretations.”

“Second, that their meaning is vague, so that anyone can project his or her own emotions and memories into the picture and generate their own meaning of it.”

“The picture must trigger emotion because if it doesn’t hook you emotionally, you don’t give a shit. In order to react emotionally to the picture, it must trigger your imagination and the imagination is only triggered when the picture lacks detail. When there’s plenty of information, there’s nothing to imagine. This is the problem with digital photography: there is too much information. All my pictures were taken on film.” 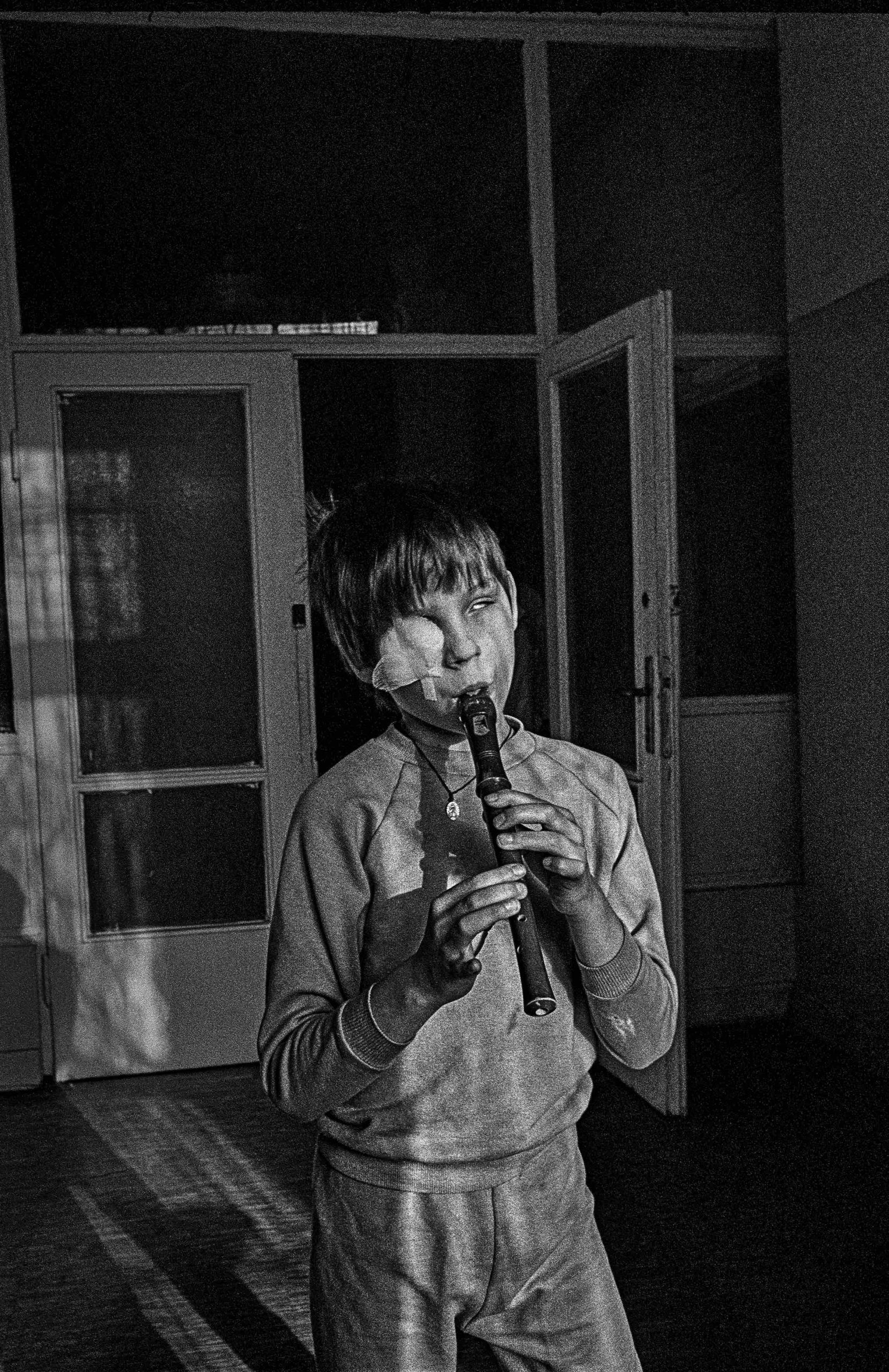 A young patient in the Ophthalmology unit of a hospital, Warsaw, Poland 1986 © Witold
Krassowski 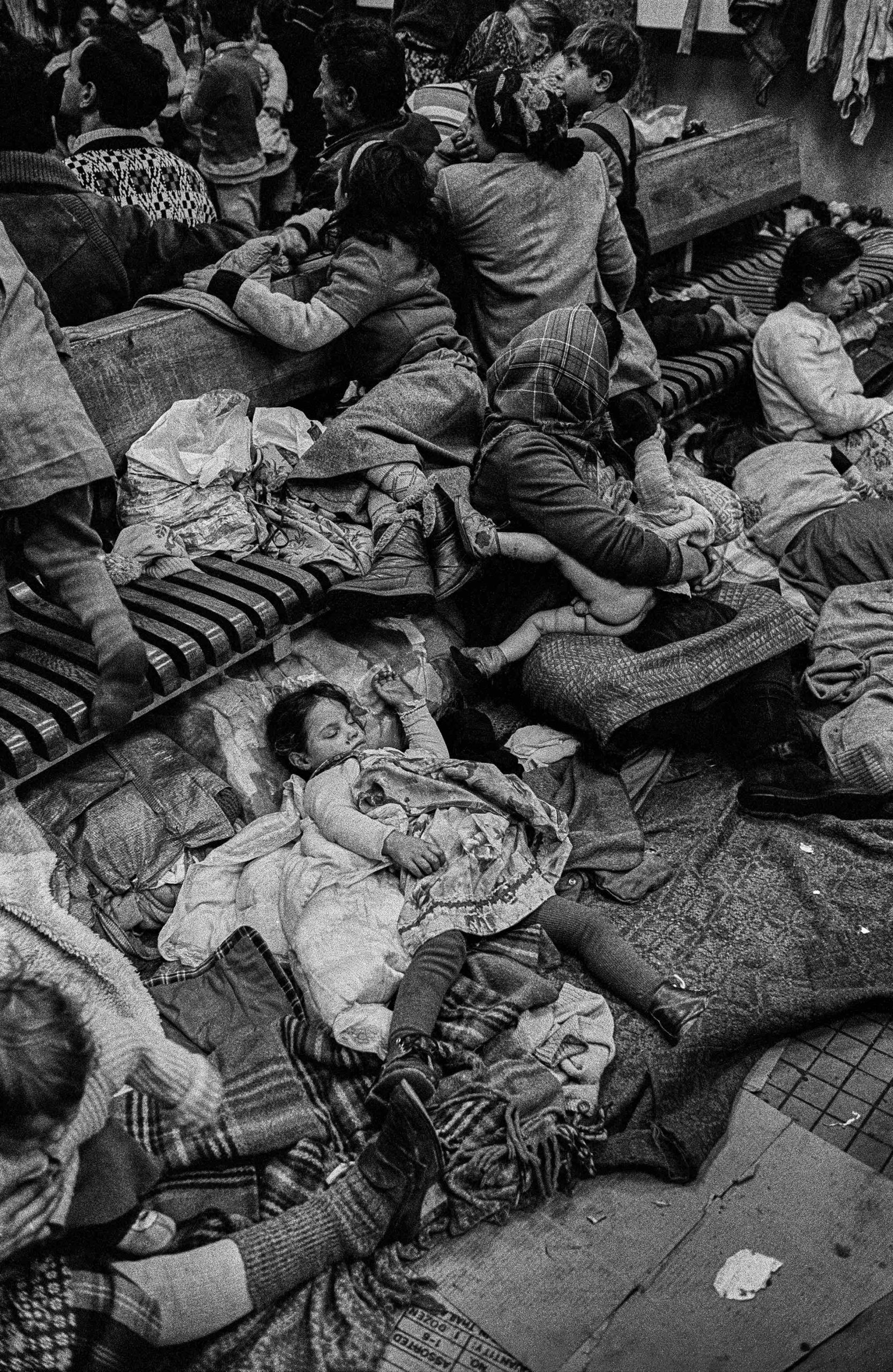 Roma setting up home in the Warsaw East railway station, on their way to the West,
Warsaw, Poland, 1990 © Witold Krassowski 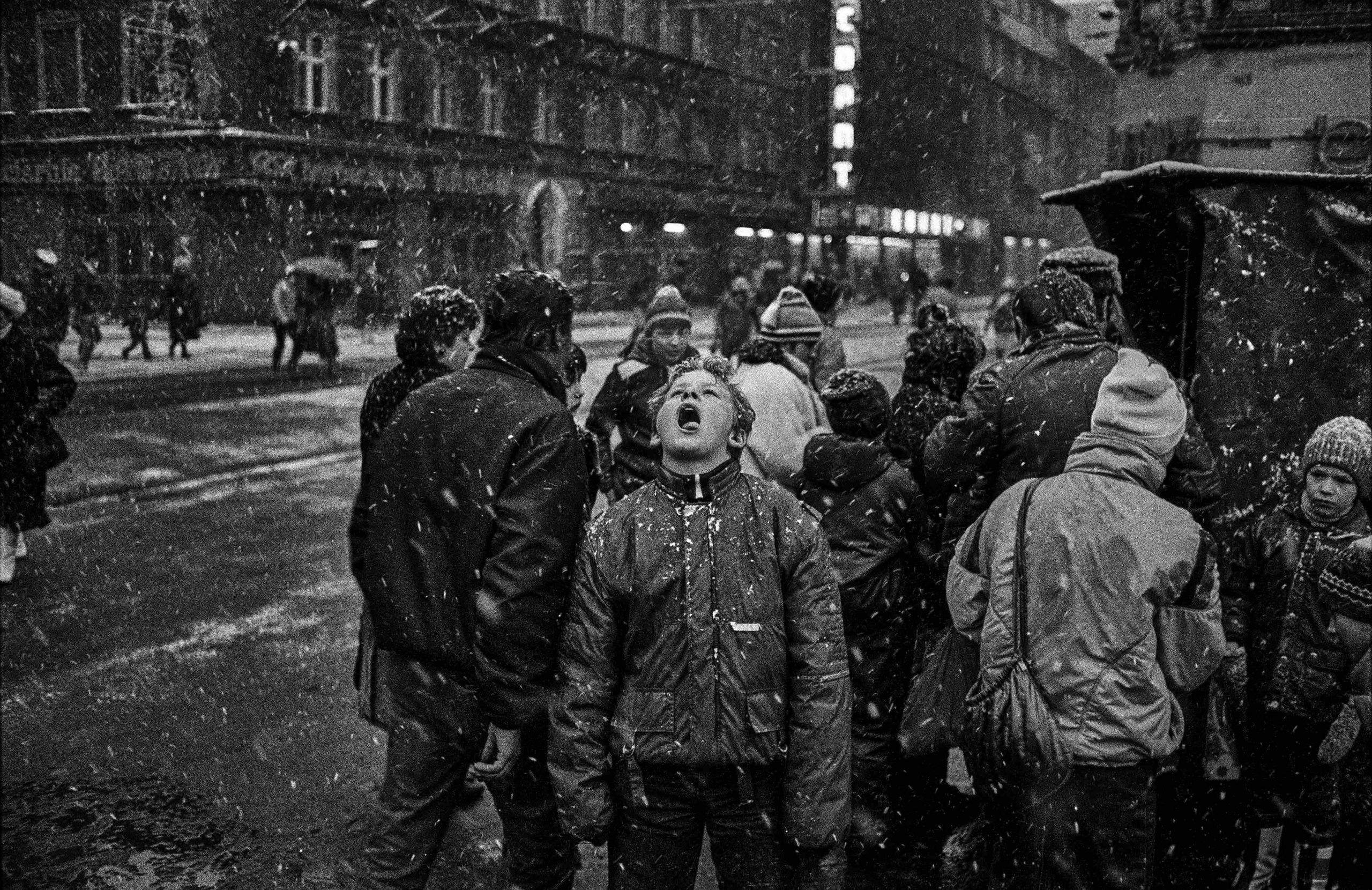 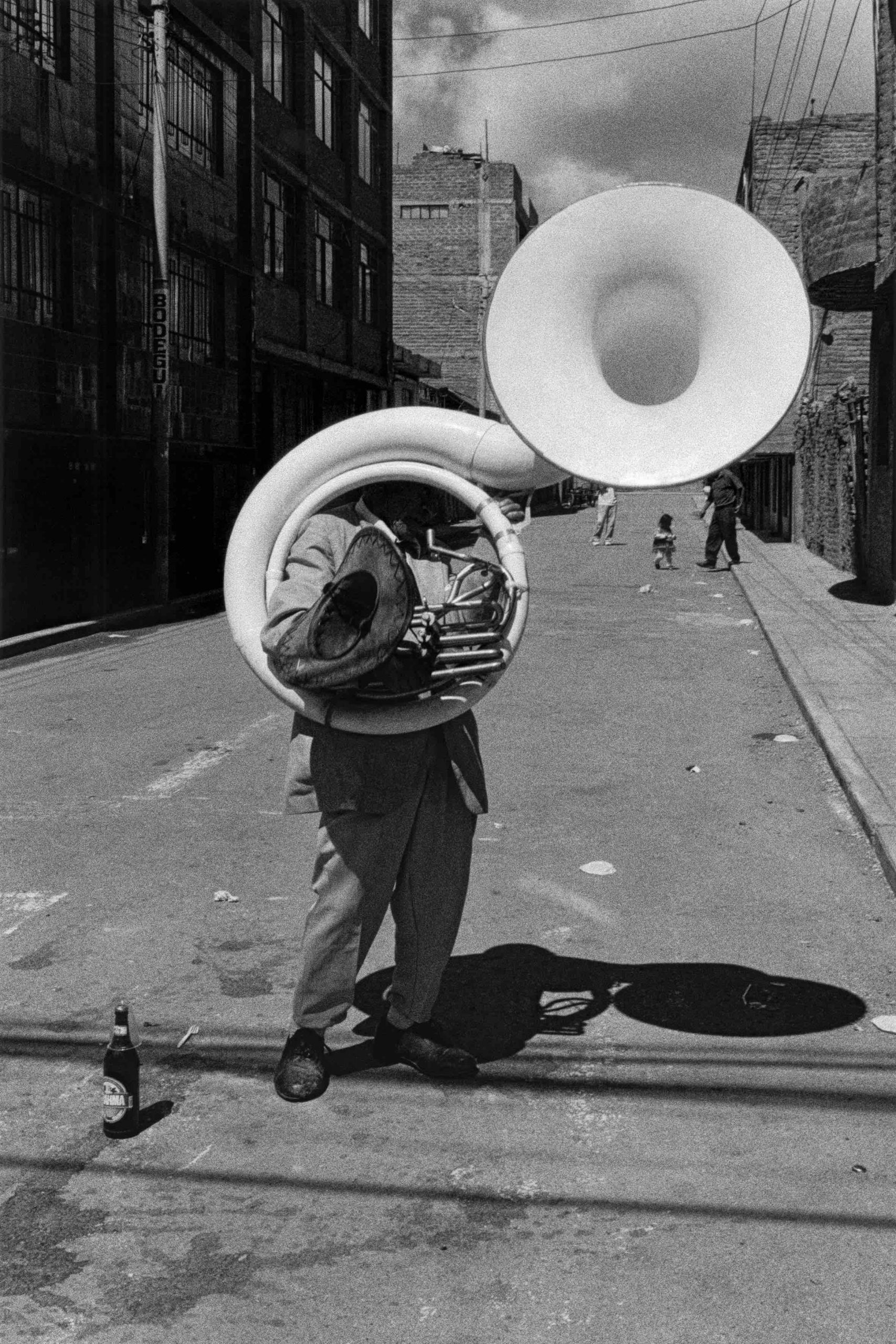 Fiesta in Laykakota, a quarter in Puno, Peru, 2008 © Witold Krassowski

Sackcloth & Ashes is published by GOST Books, and can be purchased via their website.

Linkedin
RELATED ARTICLES
OTHER ARTICLES
Photographer David Hoffman recalls documenting the extreme wealth inequality around Tower Hamlets and Hackney int the 1980s.
Curator Antoine de Beaupré discusses his immense record collection and what it tells us about the intersection of music, photography, art, and commerce.
A new edition of a seminal book brings together iconic images of the band onstage in their full glory and backstage in moments of unguarded camaraderie.
Photographer Matthew Brookes recalls following a group of young people in Venice Beach living in search of the perfect wave.
Thomas Hoepker‘s images taken during a road trip across America provide a searing social commentary about a divided country.
Proposals to introduce a minimum GCSE threshold for student loans will disproportionately affect those from marginalised backgrounds.