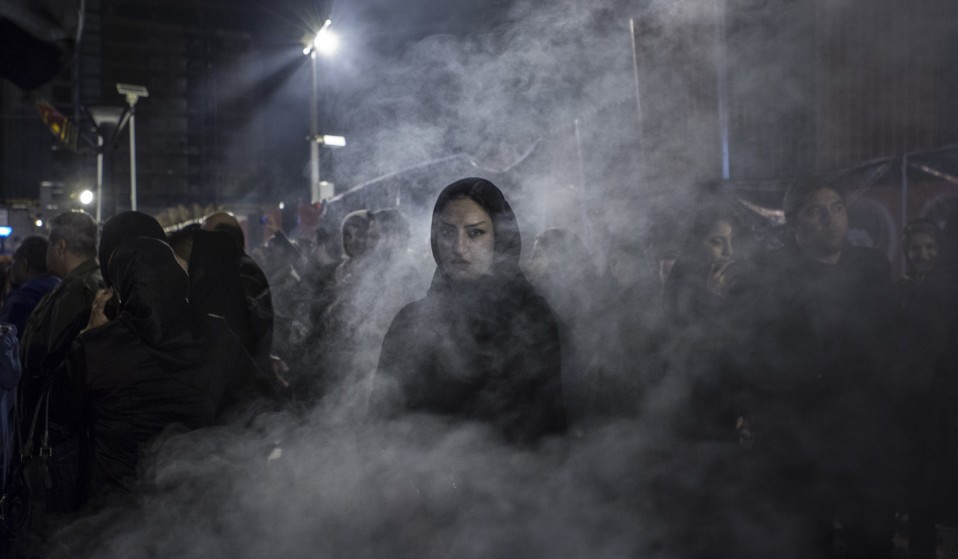 Magnum photographers reflect on the enormous role empathy and human connection play in their work, including Jim Goldberg, Diana Markosian and Newsha Tavakolian.

Magnum photographers reflect on the enormous role empathy and human connection play in their work, including Jim Goldberg, Diana Markosian and Newsha Tavakolian.

What makes a photographer truly great? It’s easy to focus on stunning composition, mastery of the technical aspects or their ability to put themselves in the right place at the right time – in the heart of the action.

But what’s often overlooked in discussions about photography is the immense emotional intelligence possessed by the best of the best – and how much of a role this plays in their work.

Photographers who understand their subjects and are able to build strong emotional connections with them can do much more than capture striking images, but build stories, explore the emotional depth to movements of people and reveal the psychology that underlies human existence.

In tribute to co-founder David ‘Chim’ Seymour, Magnum Photos are celebrating the emotional engagement at the heart of documentary photography in their latest Square Print Project sale.

Seymour’s empathetic relationship to his photographic subjects led him to engage deeply with the consequences of WW2 in Europe; in particular, he made some of this best-known work with the war orphans he photographed for UNICEF in 1948.

“Chim picked up his camera the way a doctor takes his stethoscope out of his bag, applying his diagnosis to the condition of the heart,” Henri Cartier-Bresson once said.

As the celebrated photography agency reaches its 70th birthday, its photographers have shared an image that for them represents the human connection at the heart of photography and shared their insights on the role empathy plays in their work. 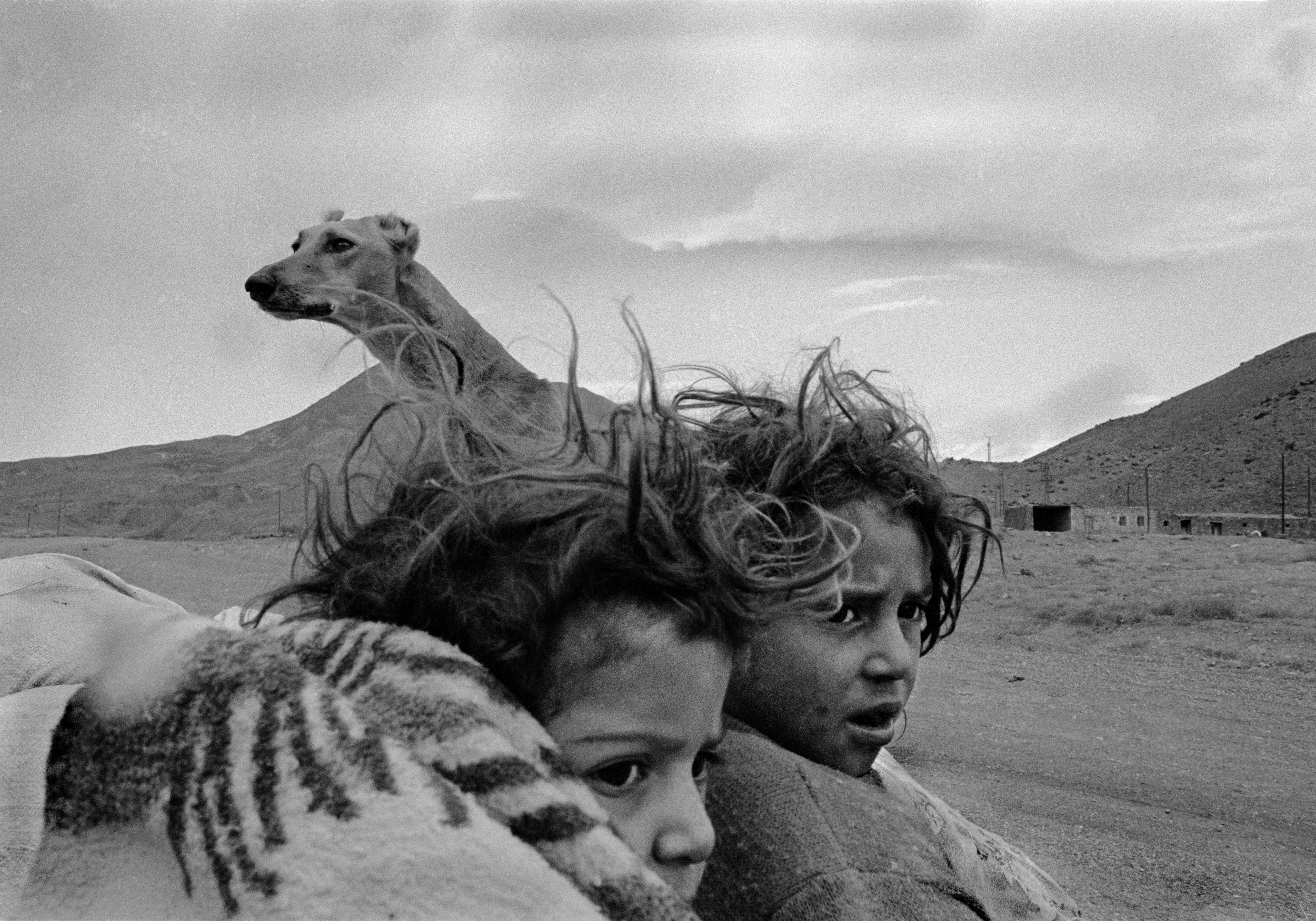 “In Turkey, I was going to places not so much in order to discover, but mostly to recall. Gestures, human emotions, or an overall feeling that was somehow imprinted in me would occasionally be awakened. Perhaps I was seeking to enliven shreds of childhood memories, or an innocence lost. Photography was the means and the excuse. On that day in Kars it was everything together, all piled up, one on top of the other: the child’s gaze, the companionship, the endless journey into the big, vast world.” 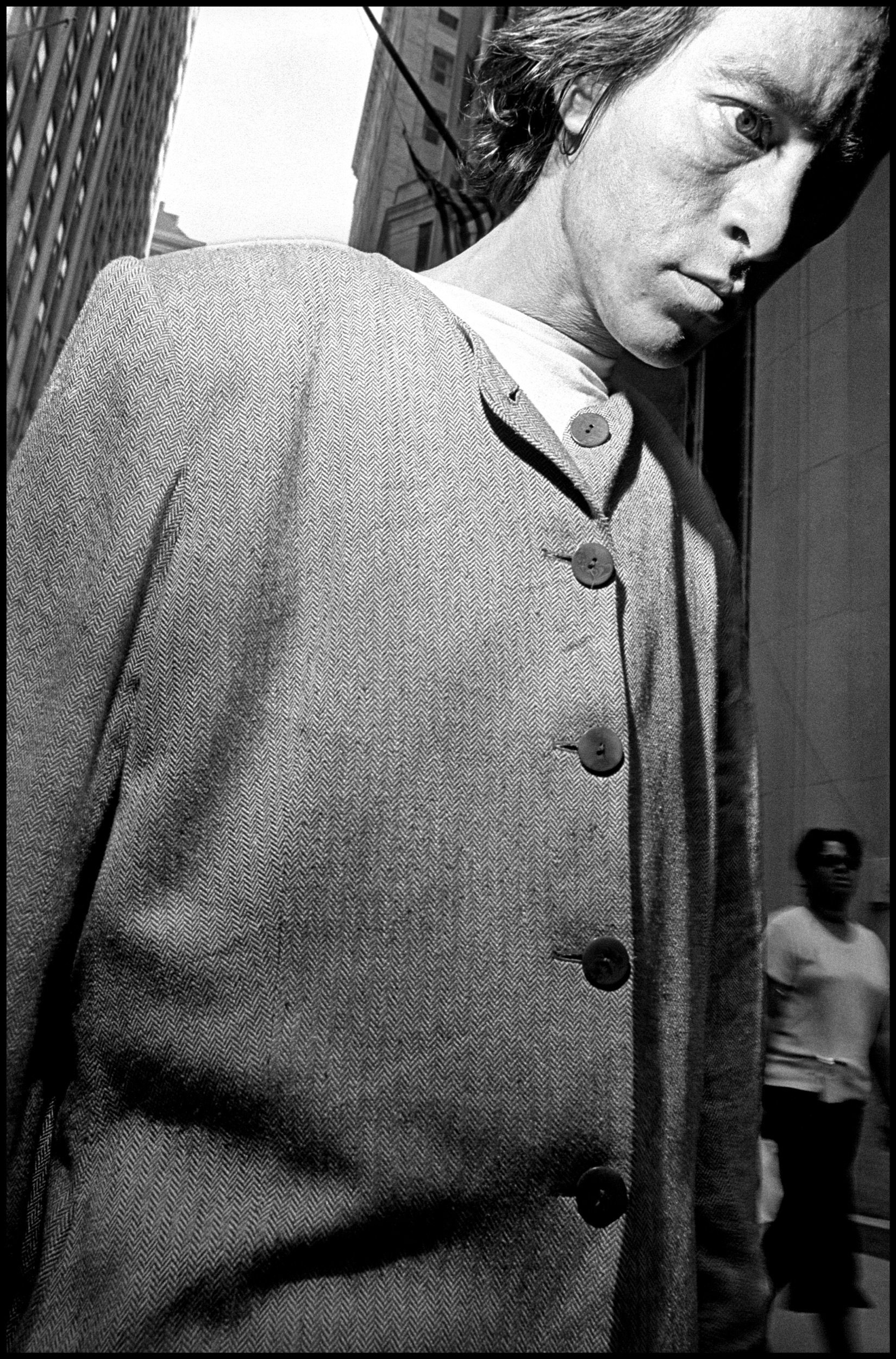 “I had just arrived in Surrey, England to print my book Coney Island when I was told by the cab driver that two planes had hit the World Trade Center. ‘Oh! fuck!’ I said. I was concerned for my family for we lived less than a mile from the towers. I wanted to return immediately but it took one week for me to get home. This photo was taken the day Wall Street reopened. To me this image reflects how everybody felt in the aftermath of the tragedy.” 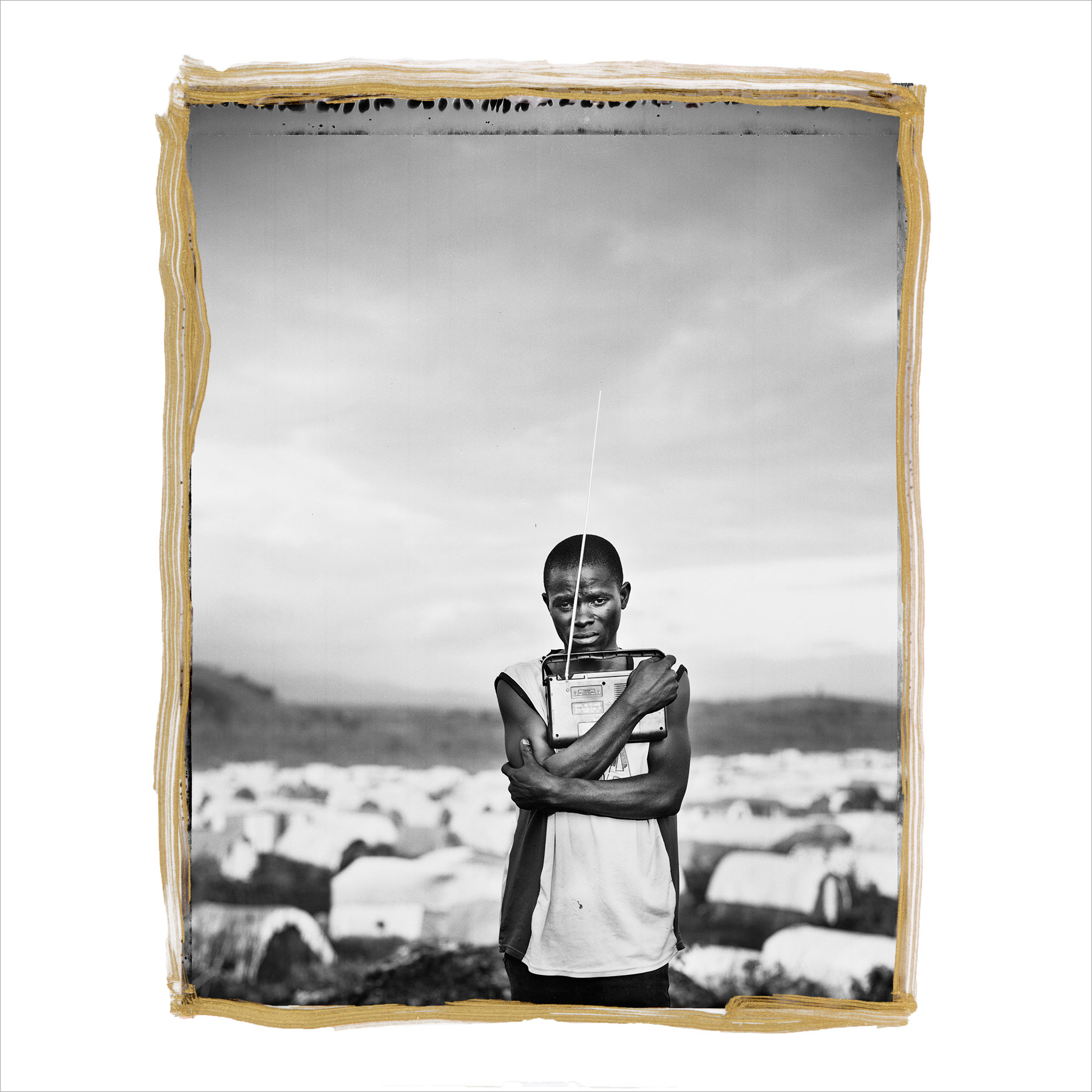 “This image was taken at the Mugunga refugee camp in the Democratic Republic of the Congo. At the time of my visit, in 2008, Mugunga had an estimated 90,000 inhabitants. The UNHCR (United Nations High Commissioner for Refugees) was in the beginning stages of moving the entire population two kilometres away from the fast approaching rebel forces. I climbed a hill on the north side of the camp to get a view of the thousands of makeshift shelters. Sitting alone at the top was Wembe, listening to his radio. Wembe had had this radio ever since escaping a rebel attack in his village, one year before. It was the only possession he was able to keep. Wembe told me that he climbed the hill every day to listen for good news.” 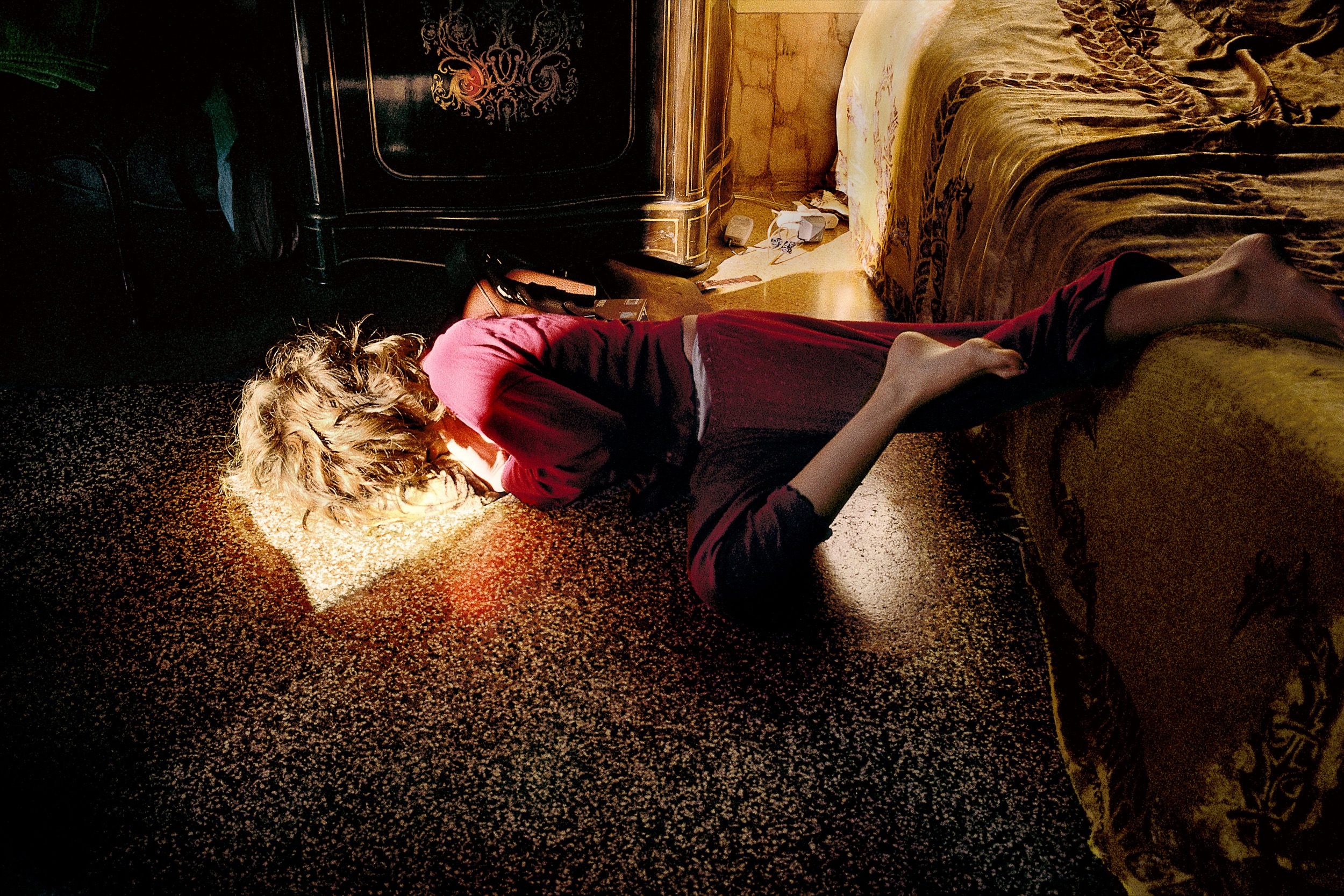 “We were spending the Christmas holidays in Venice, staying in an old palazzo. That particular morning my daughter Marieke, who was ten at the time, had trouble getting out of bed: she was in a sulky mood. I have been taking pictures of my two daughters since they were born, always shooting in black and white because I felt it was more direct and would enable me to focus on them more than on their surroundings. But on that day, the general atmosphere, the mood of the moment and the light made me choose colour.” 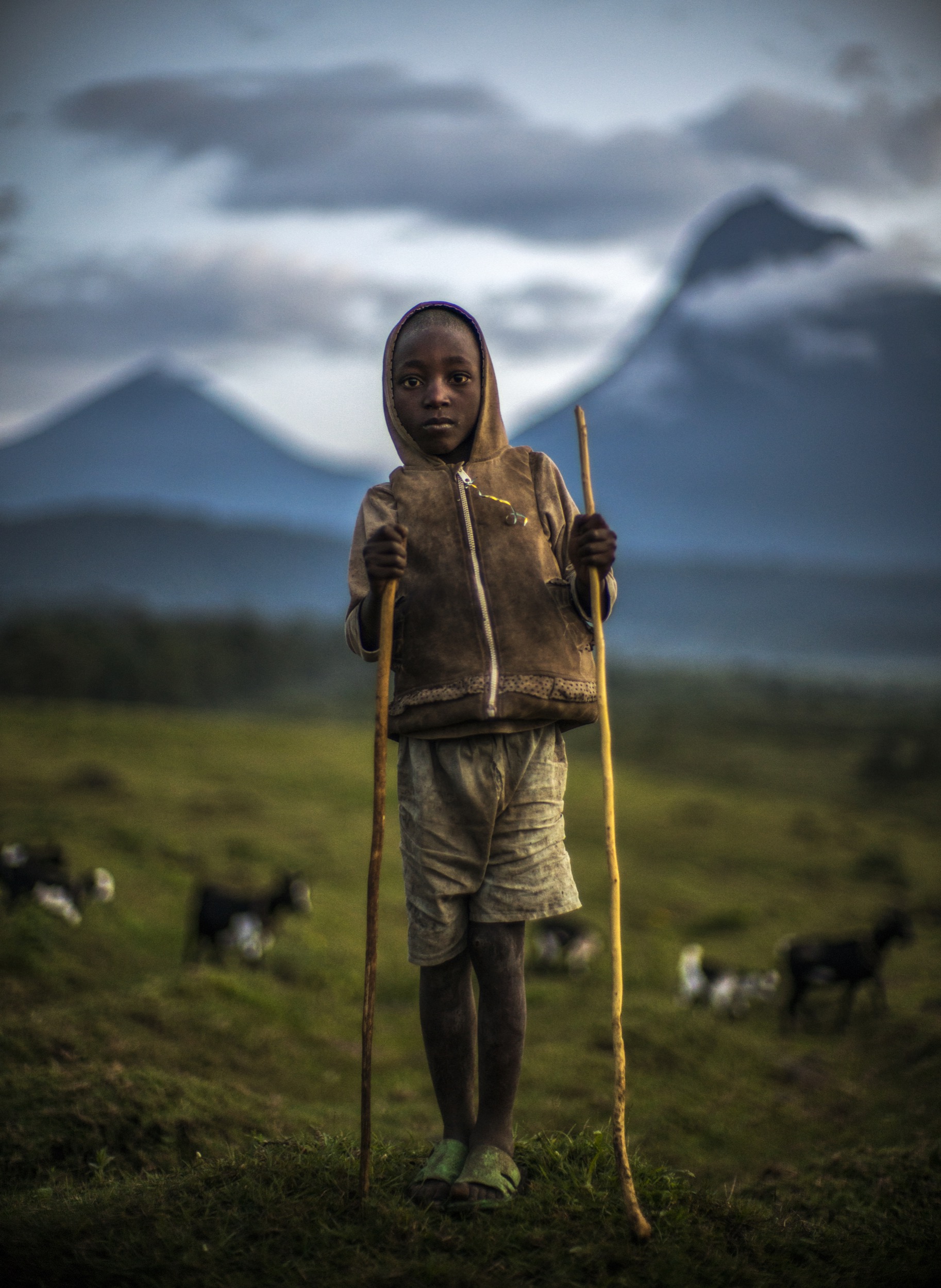 “Though much of my work in the Democratic Republic of the Congo depicts dire circumstances, I remain optimistic for the country; it is not only one of the most beautiful places, but also filled with incredible people.” 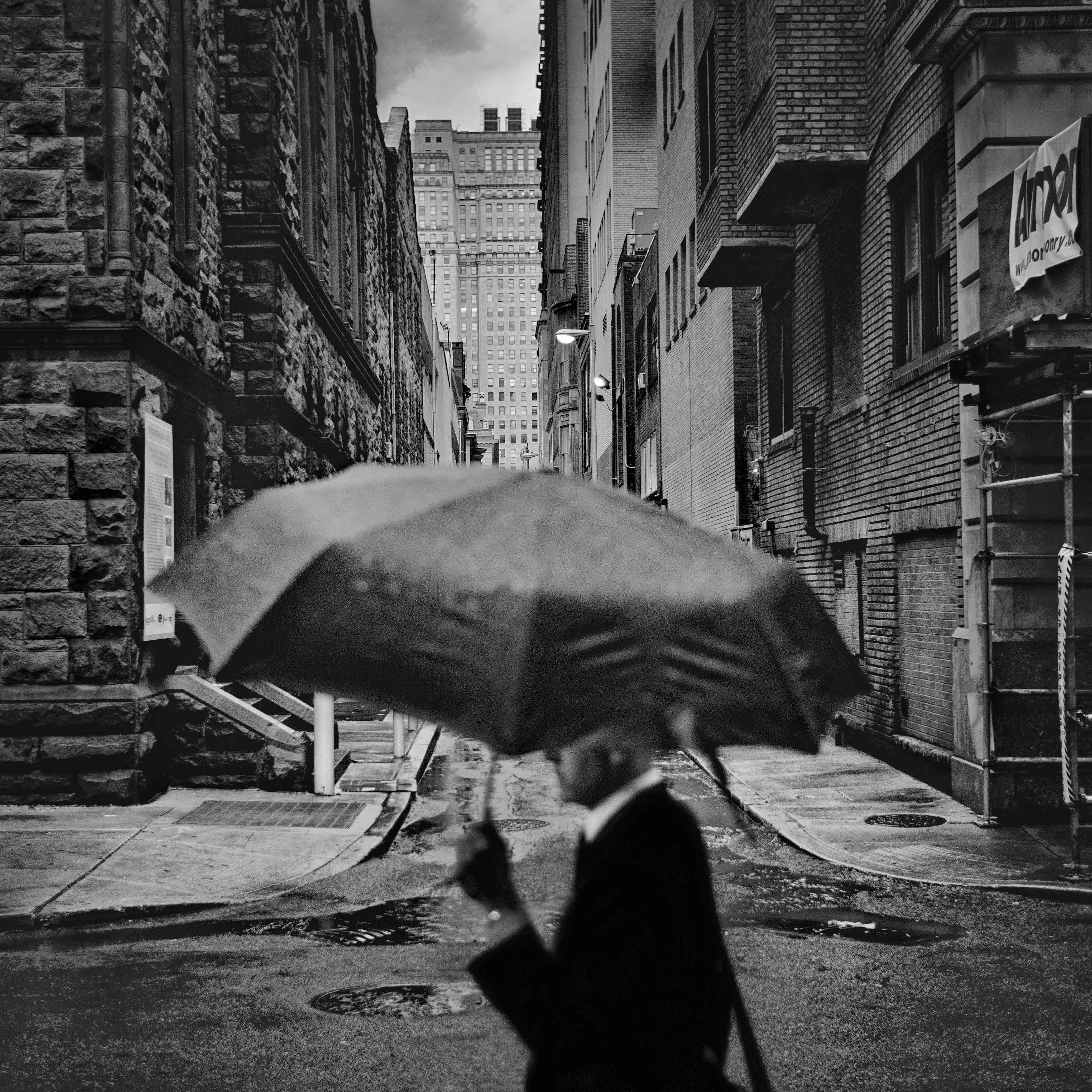 “Emotions, like photography, are spontaneous and fluid. A situation that one thinks might lead to feeling empathy can instead leave one feeling detached and alienated. But sometimes, a fleeting moment caught just from the corner of the eye draws you in and connects you. It cannot be planned or managed. Good photographs are the same. This photograph was taken in downtown Philadelphia, a city with a population of 1,526,006, where more than 25% of people live below the poverty level.” 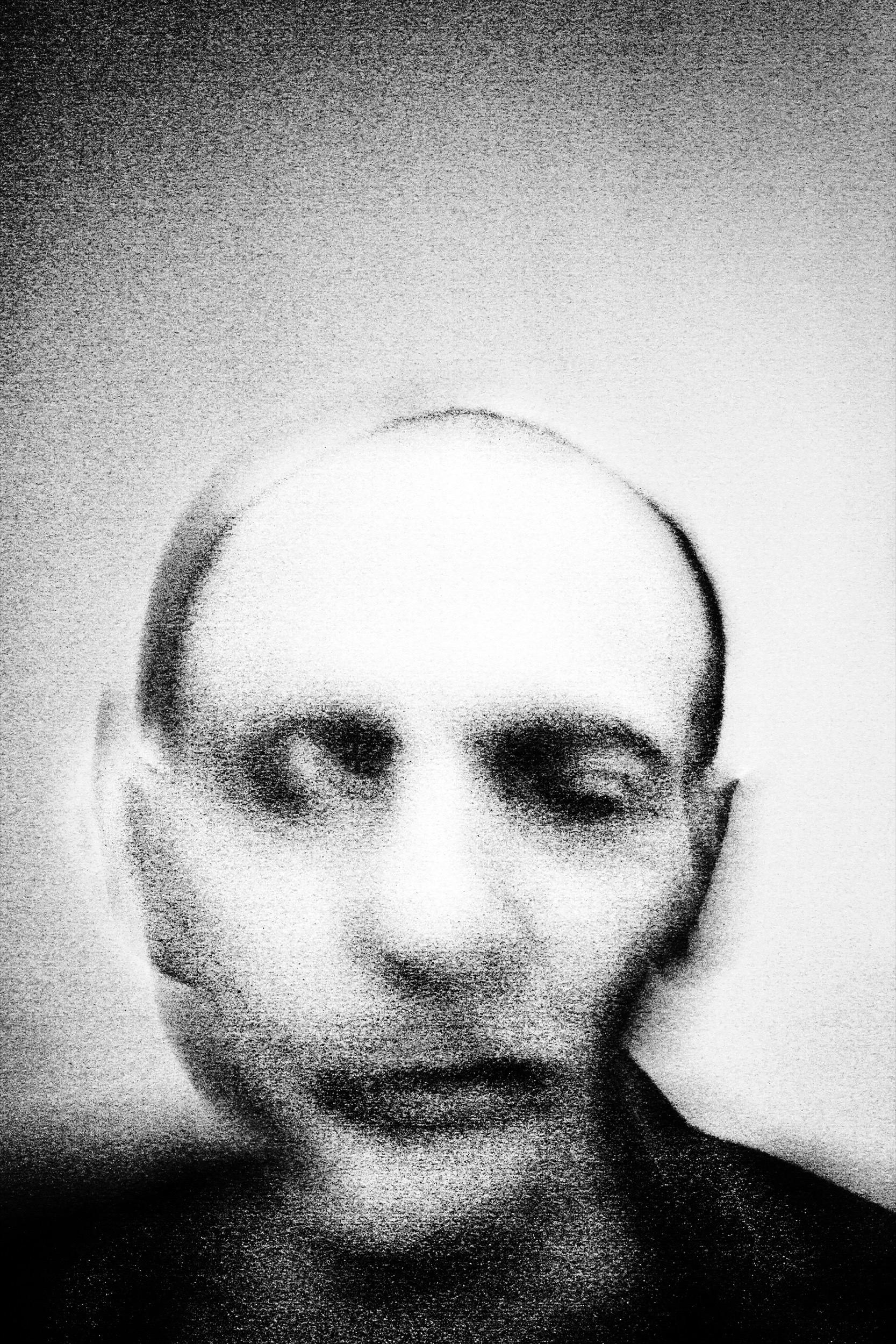 A Premature Obituary for An Insomniac Man. Cambodia. 2007.

“His eyes, flowing out of their sockets, barely held on to the last threads of his veins. He had not slept the last twenty years and it was almost as if time had pillaged everything in its passing and had left him a pauper. What had once been a beautiful face now resembled nothing more than a dirty old sinkhole, ready to devour everything around him into its vortex.

“He should have shut his big stone eyes or else time would have surely ripped out the last of them. But in his drunken stupor all that mattered was for him to reach the edge of the world one last time. It had not stopped him for half his life, so why should it do so now. The clock had now started to tick again and with it his face had started to melt again. An eye had already turned to dust and his jaw was now starting to crumble. Helpless and unable to hold onto him, I took out my camera and made one last photograph of the insomniac man, standing at the edge of the world.” 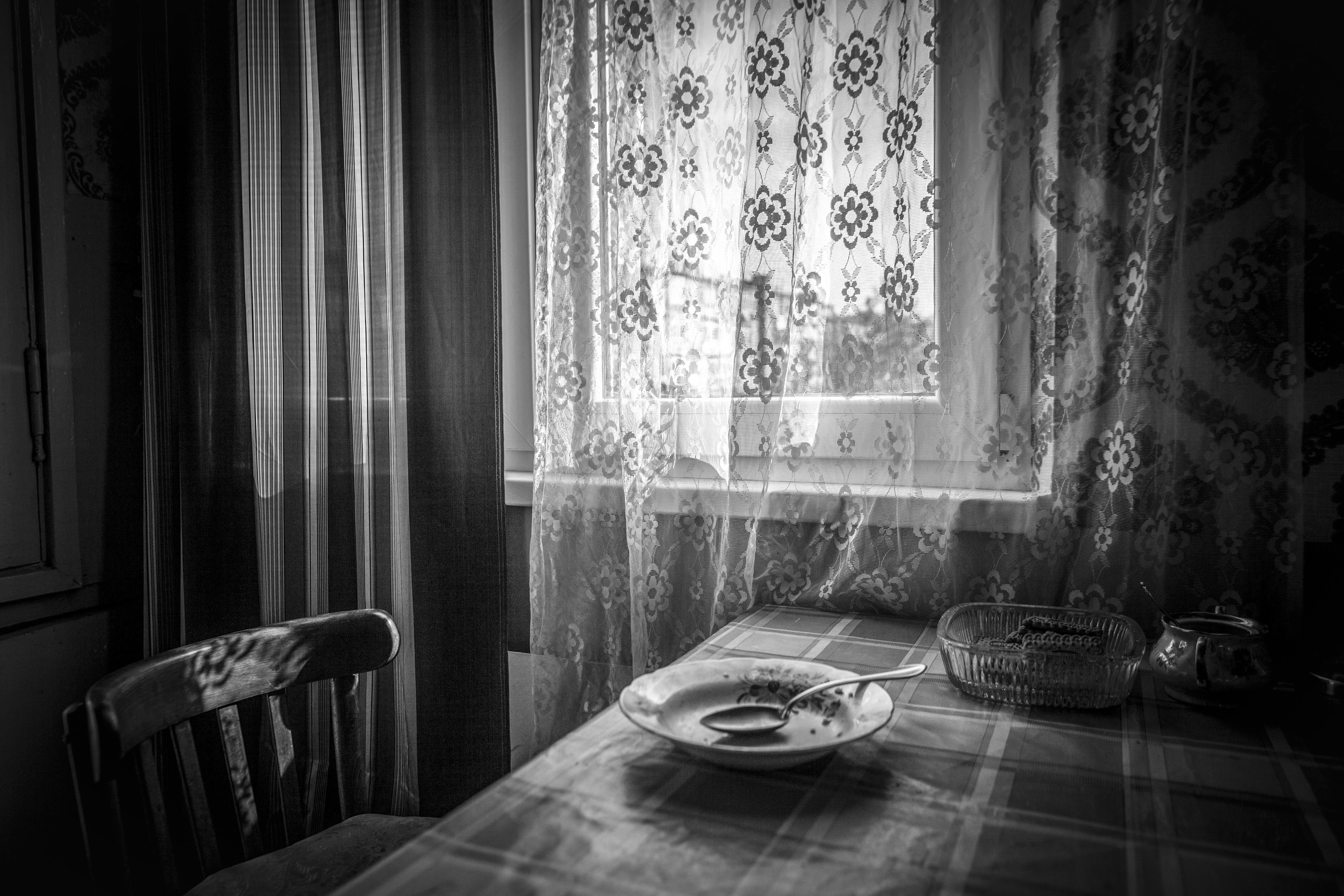 Armenia. 2014. When I would ask my mother about him, she would look at me disappointed, “Forget him. He’s gone,” she would say.

“My work often deals with memory, time and things that aren’t visually descriptive. This image was taken at my father’s home. We were separated when I was seven, and it took me fifteen years to find him in Armenia. I don’t think photography can ever bridge that gap between us, but it has allowed us to confront our past, to be vulnerable, in the process of building a relationship together.” 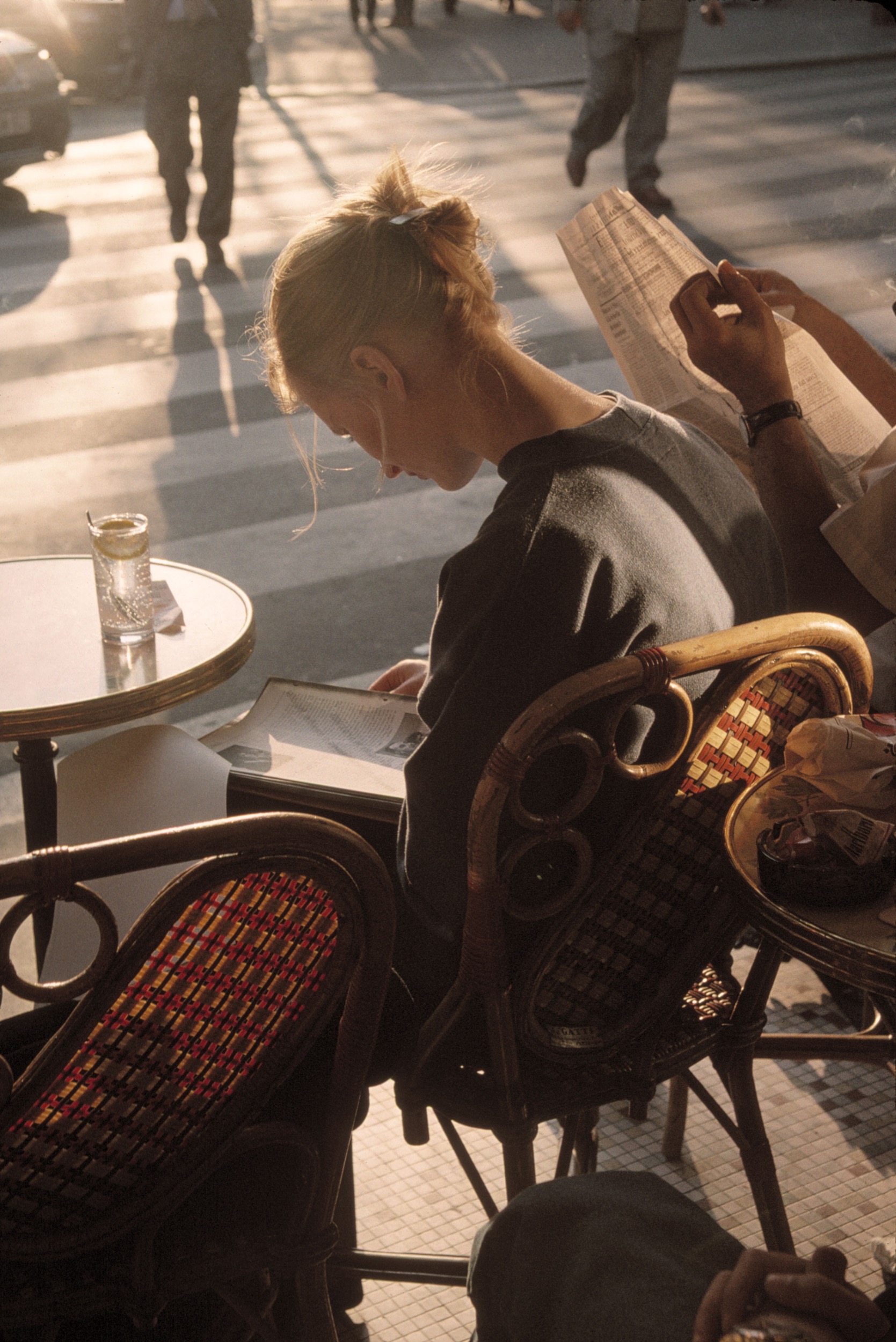 “I chose this photograph simply because it touches me in some way. I’m not sure why, exactly. Nothing in particular is going on here. A street scene in the Latin Quarter in Paris, that’s all. But it’s possible that, like me, someone else might feel touched by it as well. By its warmth, proportions, overall harmony. But what does this have to do with the stated theme, ‘Empathy’?

“We were asked to select an image that relates to compassion. I have quite a few photographs that are capable of eliciting empathy. But I decided to choose this light-filled one. I think that beauty will make a person kinder more quickly than admonitions. Empathy is that rare point of intersection between ethics and aesthetics. Something that all the great humanists eventually arrive at. ‘That which is aesthetically perfect is ethically noble.’ Or, as Dostoyevsky so aptly put it: ‘Beauty will save the world.’” 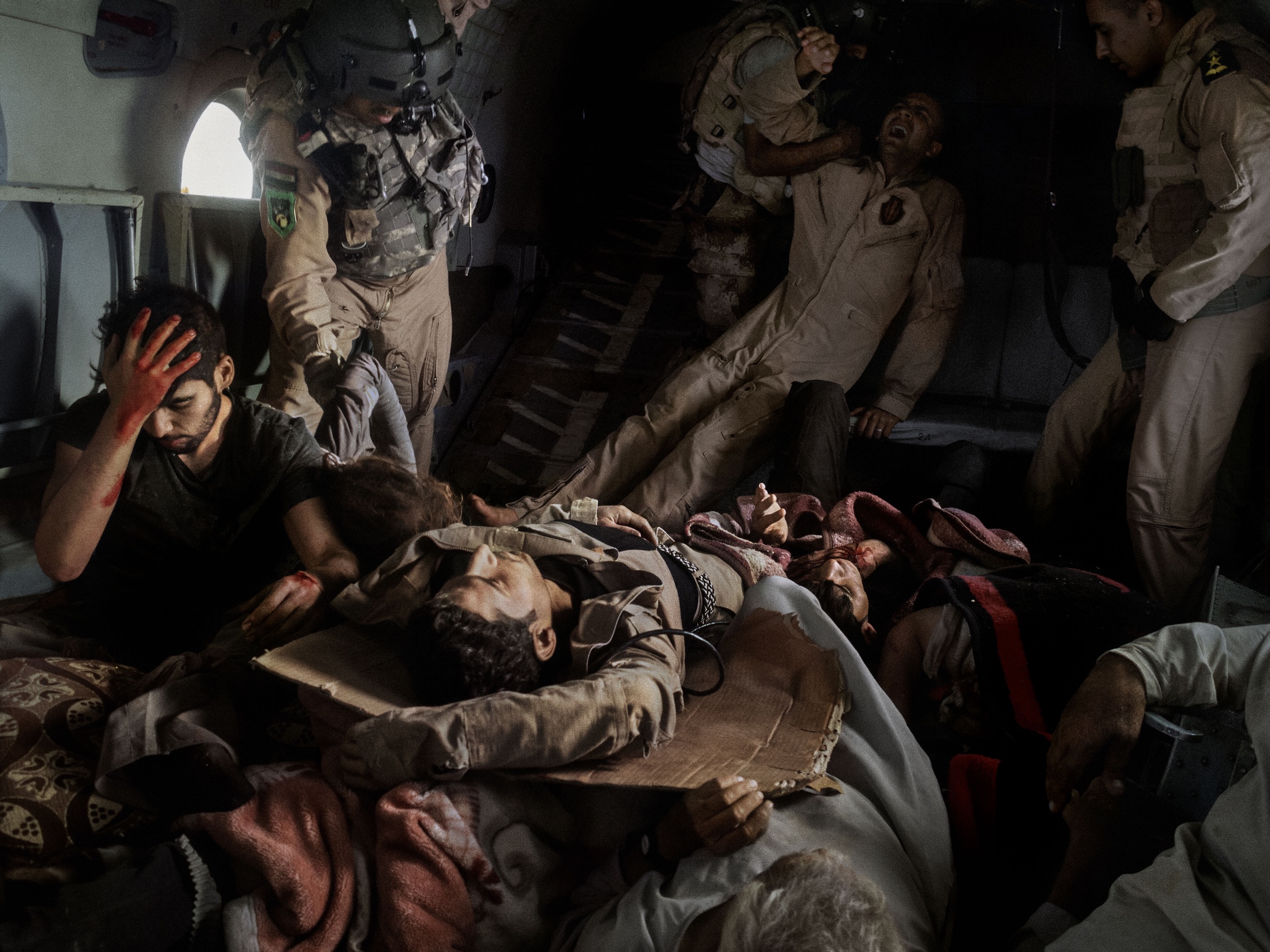 “The drama inside the helicopter unfolded in front of my eyes, silently and in slow motion. The last thing on my mind was to photograph it. “About two hours before taking this photograph, an eternity in my mind, we had survived a helicopter crash in Mount Sinjar that had killed four passengers, including one of the two pilots. We were now aboard a second helicopter, an even older-looking replica of the one that had just gone down, being flown across ISIS territory to the safety of Kurdistan.

“In the past, especially when working in areas of conflict, I had adhered to a false sense of distance from my subject, one that allowed for the pursuit of a sort of superficial creativity over genuine empathy. I was simply trying too hard. I don’t particularly remember the moment when I took this photograph, I suppose it happened almost unconsciously. We, the survivors inside that helicopter, all shared the same experience, an almost inexplicable feeling of being alive.”

“When I take a camera in my hand, the world around me slows down. As do I. I love to work slowly, to have time. People, in an event like the one in this picture, will start to trust me in this way, which allows me to blend in. For this image, I hung around at a religious gathering for hours. After a while, I stopped getting noticed. I feel comfortable working in this way.”

Conditions Of The Heart: On Empathy And Connection In Photography the Magnum Square Print Sale takes place at the Magnum Photos Online Shop. The signed and estate stamped, museum quality, 6×6” prints from over 70 artists for $100 will be available for five days only, October 31 – November 4, 2016.

Linkedin
RELATED ARTICLES
OTHER ARTICLES
A new film from Berghaus traces the story of Adam Raja, who left behind a turbulent upbringing to discover the healing power of climbing.
Theo McInnes’s photos of the annual event provide an intriguing snapshot of contemporary Britain.
Activists and campaigners are fighting back against new laws that would seriously undermine the ability to take industrial action, calling it an attack on fundamental workers' rights.
Photographer Becky Tyrell went down to the fading banger and stock raceway to meet a community desperate to keep it alive.
A new exhibitions brings together the work of photographers who documented the deep unrest of these pivotal decades.
Since 2007, Gideon Mendel has made 20 trips to document floods in 13 countries. The result is an alarming record of what has already been lost to the climate emergency.