Art & Culture / Photography / Where are the world’s most creative fashion subcultures? 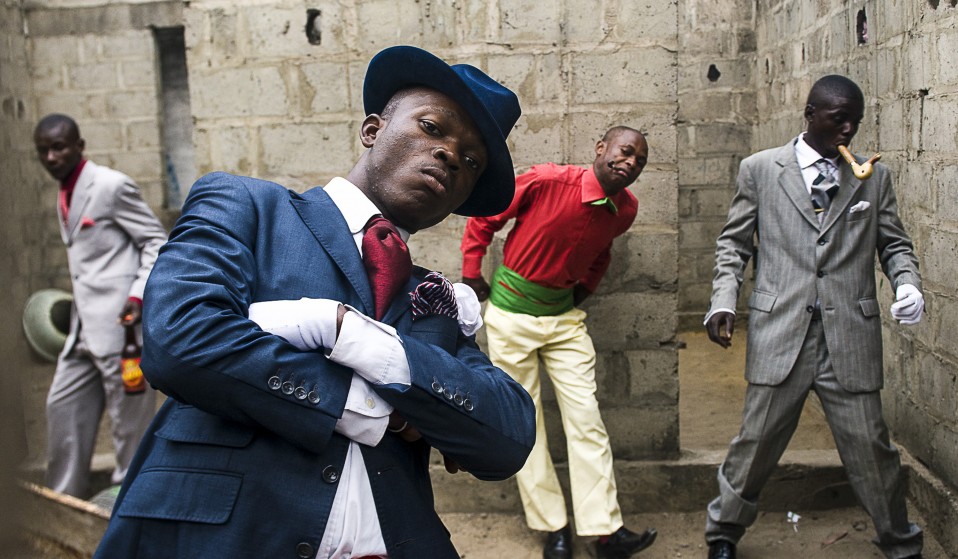 If you’re searching for innovation and creativity in fashion, don’t start at the catwalk – or in the wealthy West. “The street is the theatre of life,” explains photographer Daniele Tamagni, and it’s in the streets of the global south where you can discover fashion’s most vibrant subcultures. 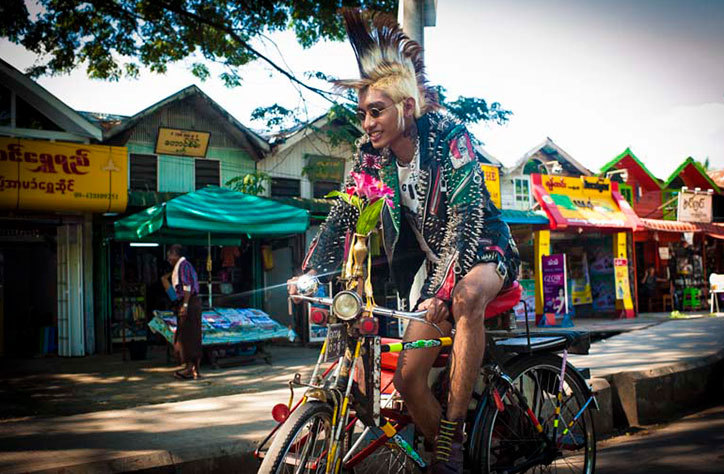 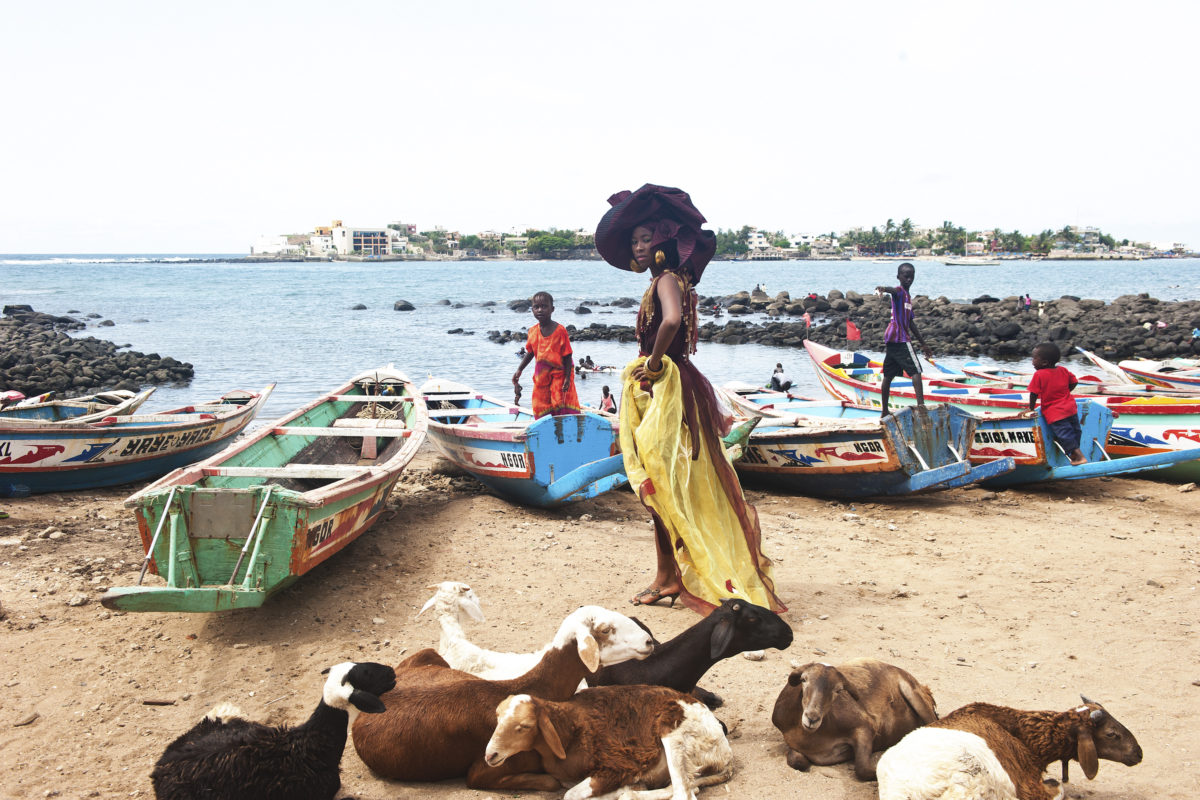 He shot the urban tribes for whom fashion means more than just keeping up with the season’s latest trends, but is a crucial pillar to their identity, such as the Afro-Metal Cowboys of Botswana and the smartly dressed Sapeurs of the Congo to the Burmese Punks and the Bolivian Cholita female wrestlers.

“I’m not looking for exoticism, there is a lot of respect for the cultures, the people,” Daniele explains. “I look at documenting these subcultures with a social-anthropological approach – not through the eyes of a fashion photographer. I’m more interested in going deeper and trying to shatter preconceptions. For me, fashion is a key metaphor to understand people and explore their identities.” 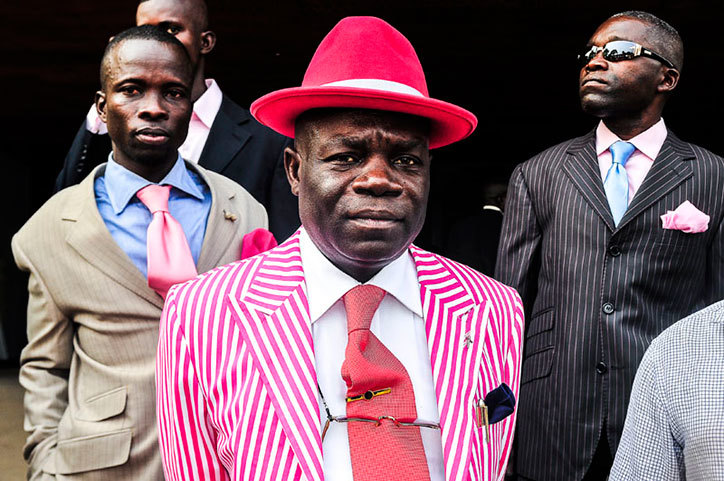 The Gentlemen of Bacongo, Congo-Brazzaville 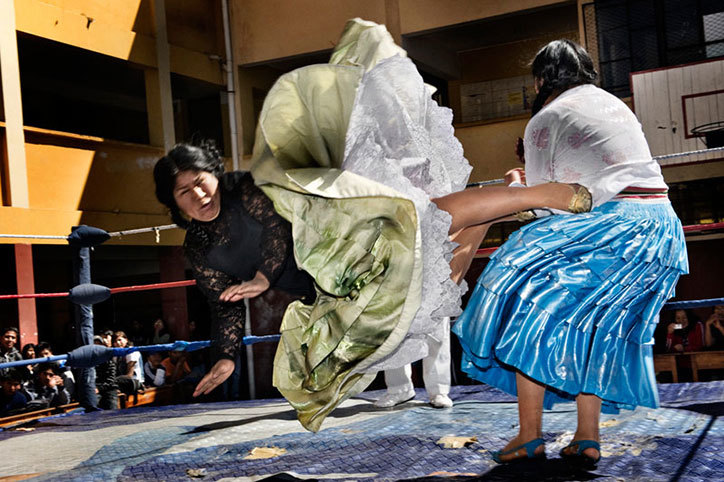 Much of Daniele’s work has focussed on Africa and his previous book The Gentlemen of Bacongo featured the sapeurs in the Bacongo suburb of Brazzaville in The Congo. When we meet at Somerset House in London, where Daniele’s Fashion Tribes images are being displayed at the 1:54 African Contemporary Art Fair, he proudly displays the first proof of his new project, Mtindo Stylemovers Rebranding Africa, a study of the emerging fashion industry in Nairobi, Kenya

“As a photographer, I have always been fascinated by African culture,” Daniele says. “I’m from Milan, which is famous for fashion, but when I look to Africa I always find something new and original. There’s an exciting new generation bursting with creativity. Africa is a changing continent – and there are many different Africas – but I’ve had the opportunity to see immense positive change since I began working there and fashion is just one aspect of this evolution.” 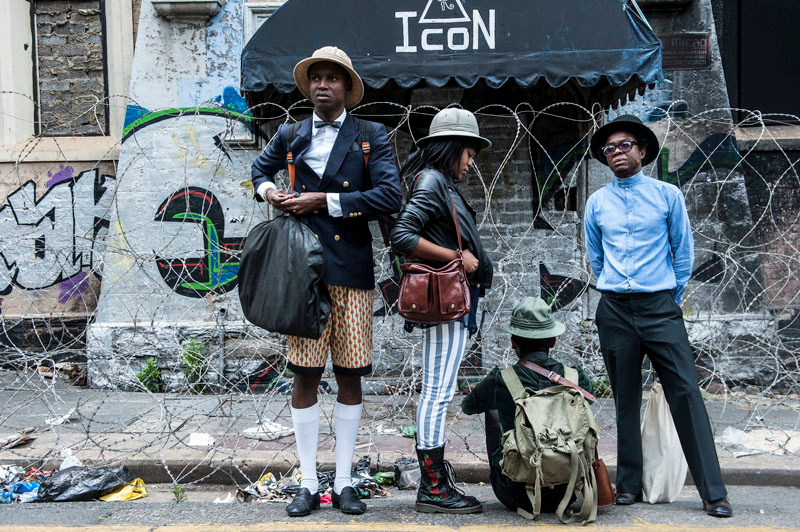 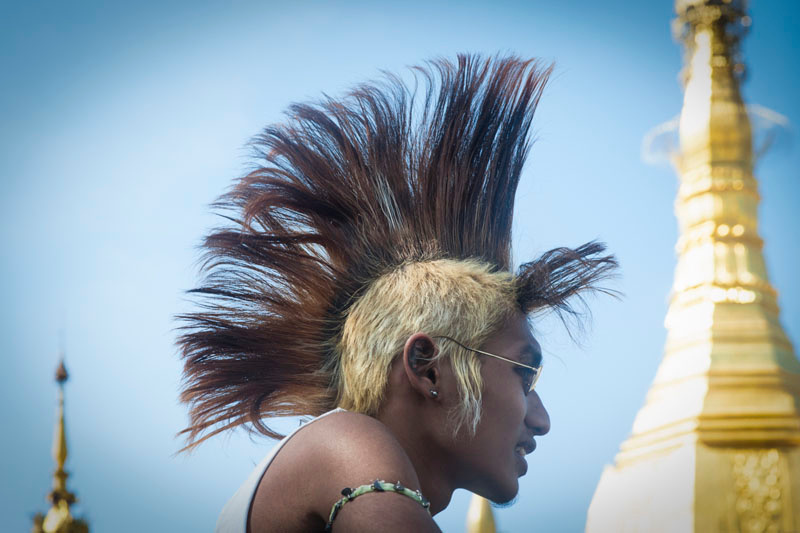 In his photographs of the Congolese Sapeurs, South African dandies and Botswanan Afro-Metal Cowboys, along with emerging designers, Daniele has documented one manifestation of Africa’s recent creative renaissance. Outsiders are “rediscovering” Africa and the continent’s artists and designers are increasingly raising their voices to speak to a global audience on their own terms.

“The Sartists from Alexandria township in Johannesburg, South Africa are a great example of immense creativity coming from conditions of extreme poverty,” Daniele says. “They took old clothes from flea markets and older relatives and brought a new elegance and style, rebranding the township as something positive – and now they’re getting opportunities internationally. They turned their dreams into a new reality.” 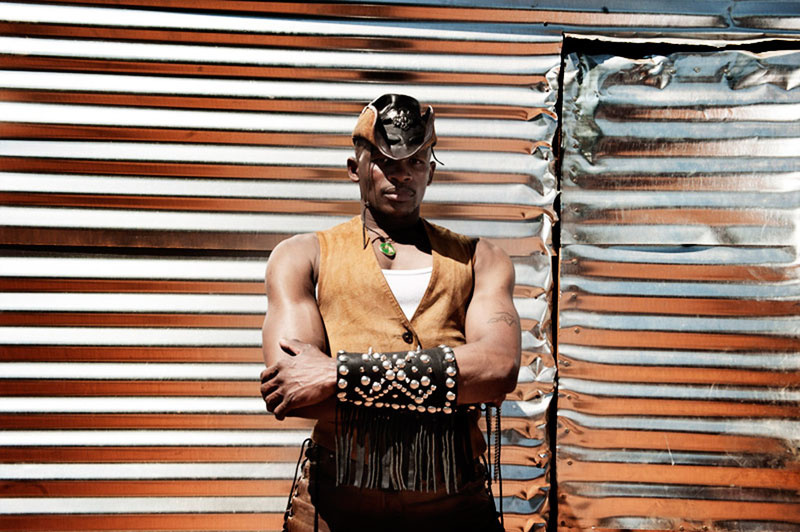 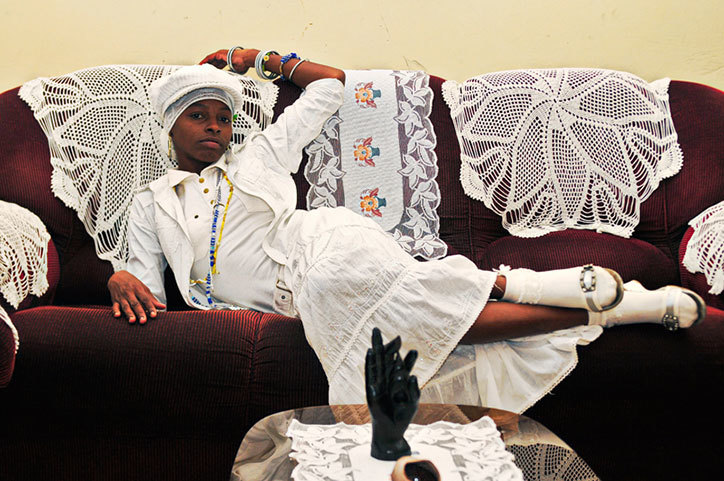 Not just in Africa, but in each of the countries Daniele photographed in Fashion Tribes, he saw the power of fashion to build identity and challenge the lack of opportunities for young people. “What’s important isn’t the style itself, but what it means: a weapon to ask for respect and to be seen,” Daniele explains. “In a world where appearance is very important, street style can be used as a way bind a community together, gain opportunities and open up new possibilities – in the local community and in the eyes of the West.”

The hipster is arguably the first global subculture. The internet, and particularly social media like Instagram, has lead to a uniform aesthetic, leaving fixed gear bikes, exposed brickwork and flat whites in its wake as it conquers all. As the world becomes ever more inter-connected, is there a threat to the originality and authentic local flavour of youth subcultures? 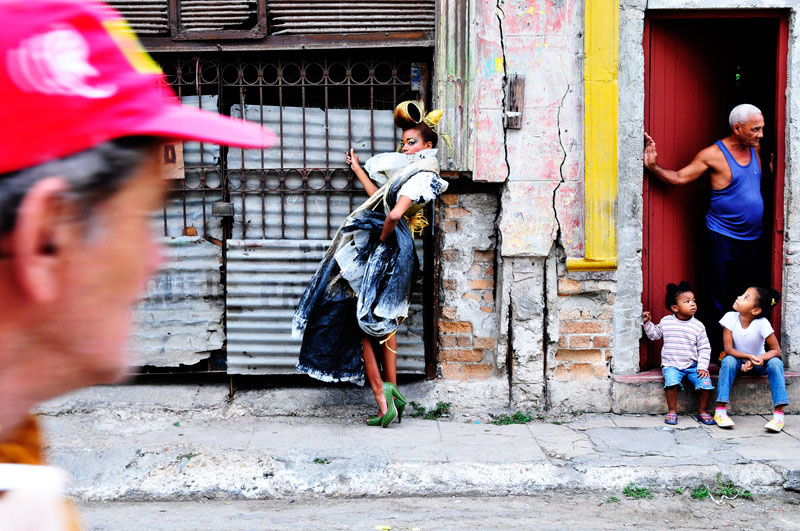 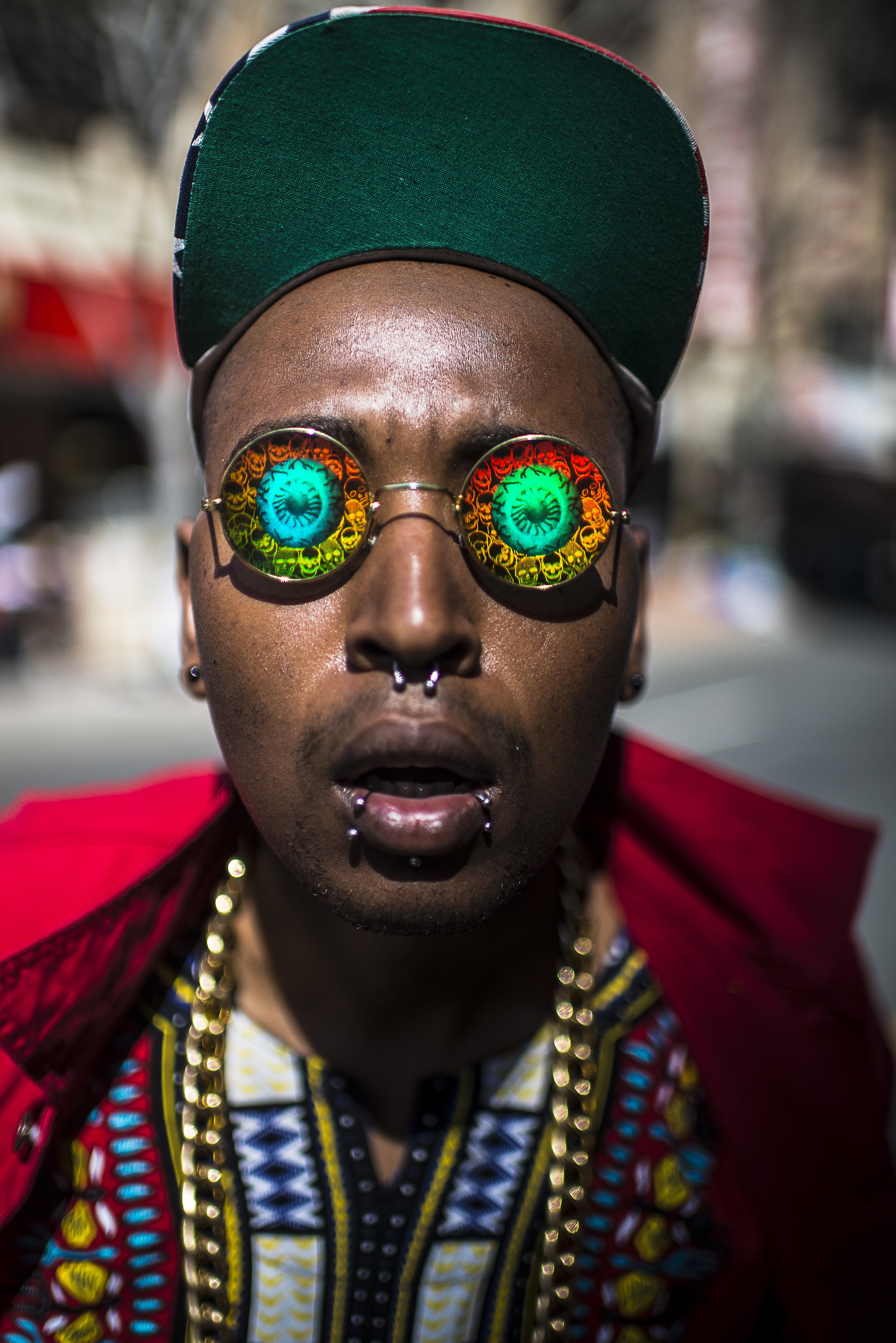 “Globalisation can be seen as a homogenising force, running in contrast to individuality,” Daniele explains. “This is a risk, but I think that what I documented in Fashion Tribes is exactly the opposite. The more communities have dialogue with the rest of the world, the less beholden they are to the past, the more able to be modern they become and the more confident in expressing their individuality.”

Whatsapp
RELATED ARTICLES
OTHER ARTICLES
The city has changed immeasurably during the coronavirus crisis, with the future more uncertain than ever.
Campuses across the country have closed in response to the coronavirus crisis – but what about the students who have been left behind?
In the early 20th century, LGBT artists would defy the law by secretly sharing their work with friends and family members.
The head of XL Recordings has jammed several lifetimes into his 49 years. Here, he shares some of the advice he’s picked up along the way.
The New York rapper pushed hip hop into bold new realms. He lived through a dark time – but with one hand on the mic, he survived to tell the tale.
The US author reflects on the success of her genre-bending queer gothic memoir, In The Dreamhouse.