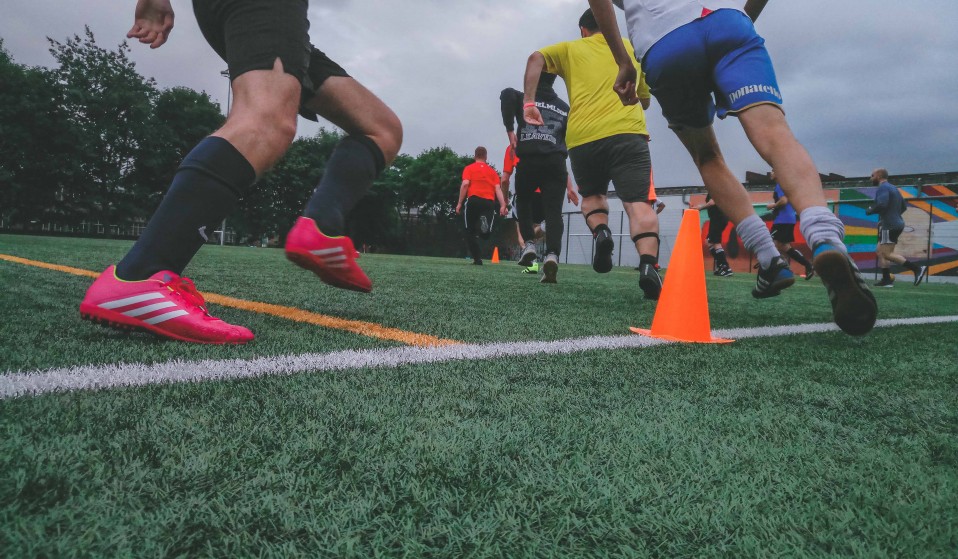 London-based photographer Theo McInnes meets a group of gay men who have been fighting the good fight since the year he was born – both on and off the pitch.

London-based photographer Theo McInnes is always on the frontlines when protests kick off, capturing the wave of youth-fuelled social change that is battling for a better future. In this edition of Pivot Points, stories that shift a photographer’s perspective, he meets a group of gay men who have been fighting the good fight since the year he was born – both on and off the pitch.

In recent history London has acted as an example in the progress of LGBT+ rights, but in a not too distant past the struggle of being a gay man or woman in the city was very real. Around the time I was born, 26 years ago, the climate around gay rights was in a bad place with fingers of blame being pointed at the gay community for the AIDS epidemic and laws in place banning the promotion of homosexuality. 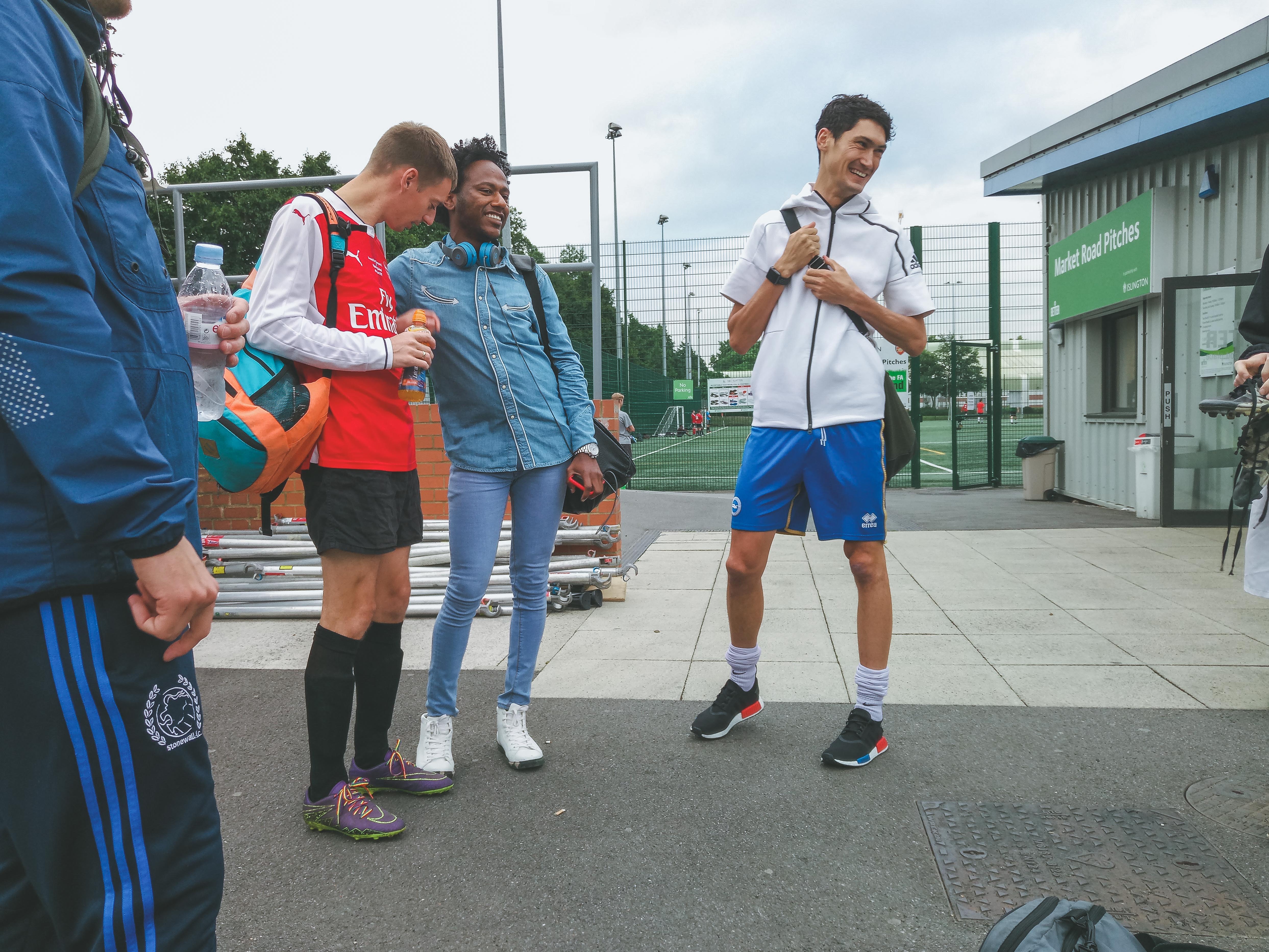 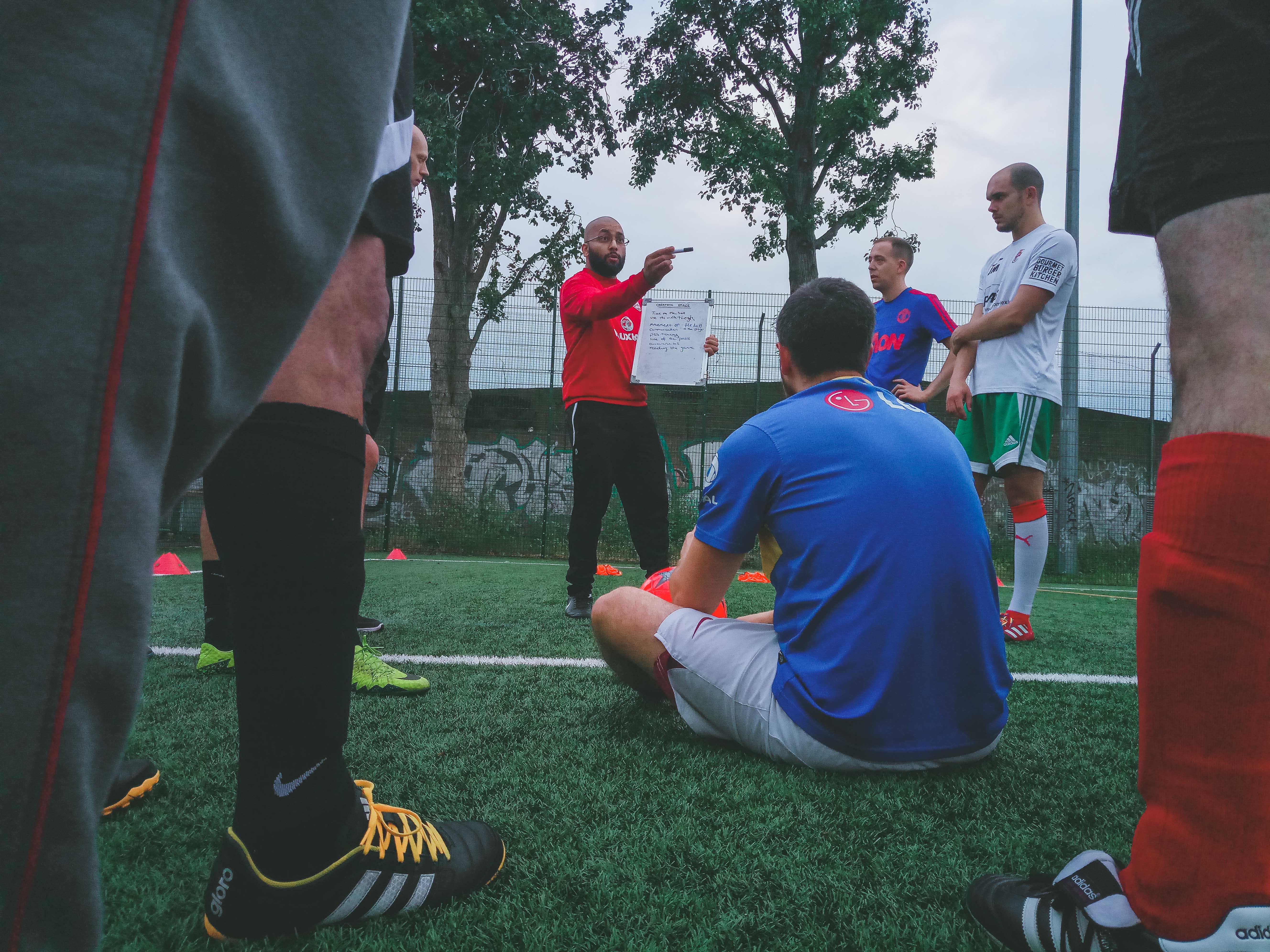 The 1st team go over tactics

That same year, in 1991, a small group of gay footballers had experienced enough abuse for their sexual preference and were growing tired of having to conceal their homosexuality, on and off the pitch. It started as a kick-around in a park but after a successful ad in Timeout Stonewall FC was born, the UK’s most successful gay football club. 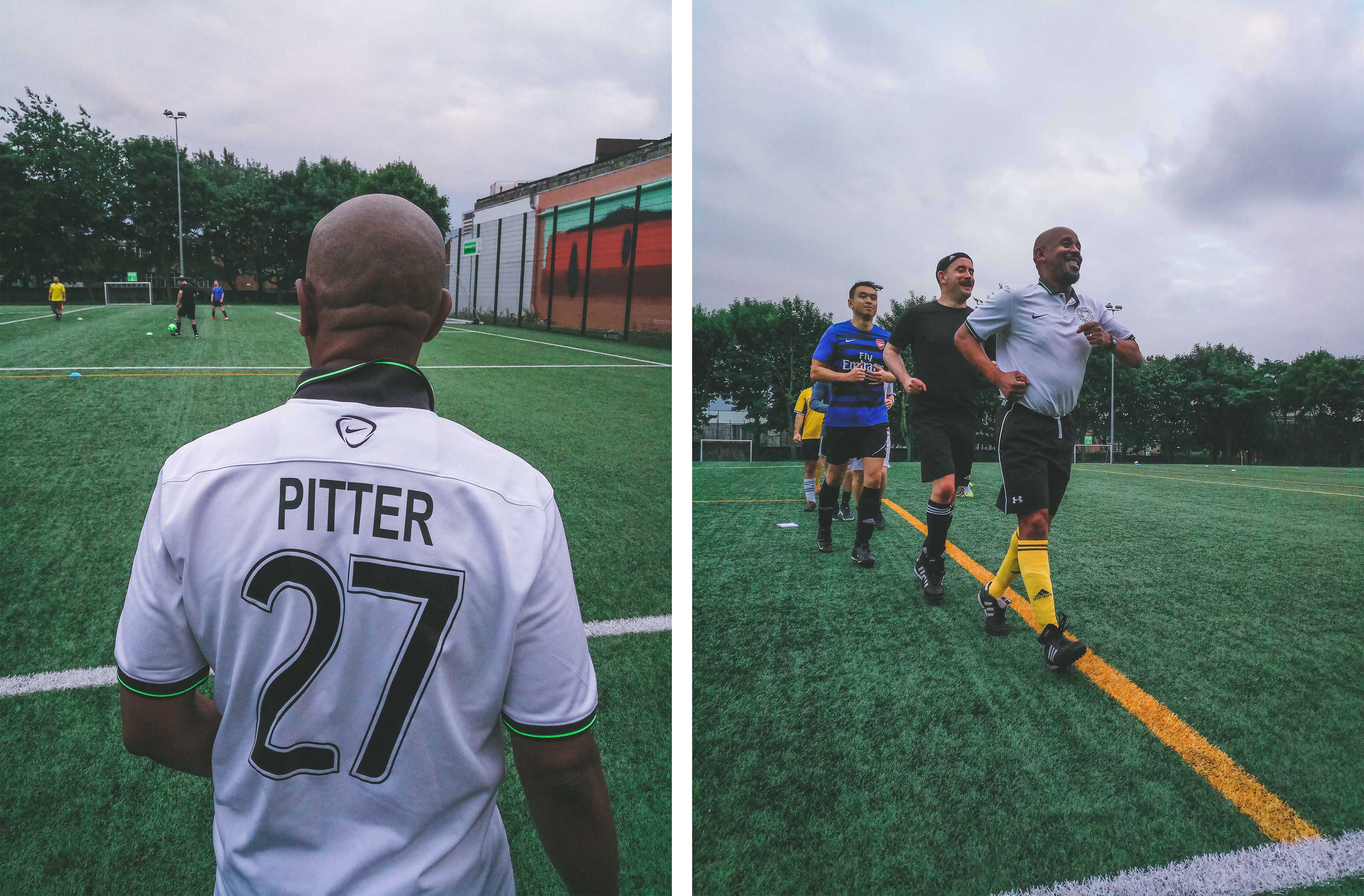 Aslie leading the pack with a smile during fitness training

Jump forward 26 years and I’m visiting the club for their first pre-season training session of the year. The team now compete in various straight and gay leagues with three different teams and training sessions a week. From a small group of gay men kicking around a football in the park to a fully fledged competitive team, it is an incredible feat to see how much the team has achieved not just in developing the club, but in fighting to try and change perceptions around gay people in the sport. 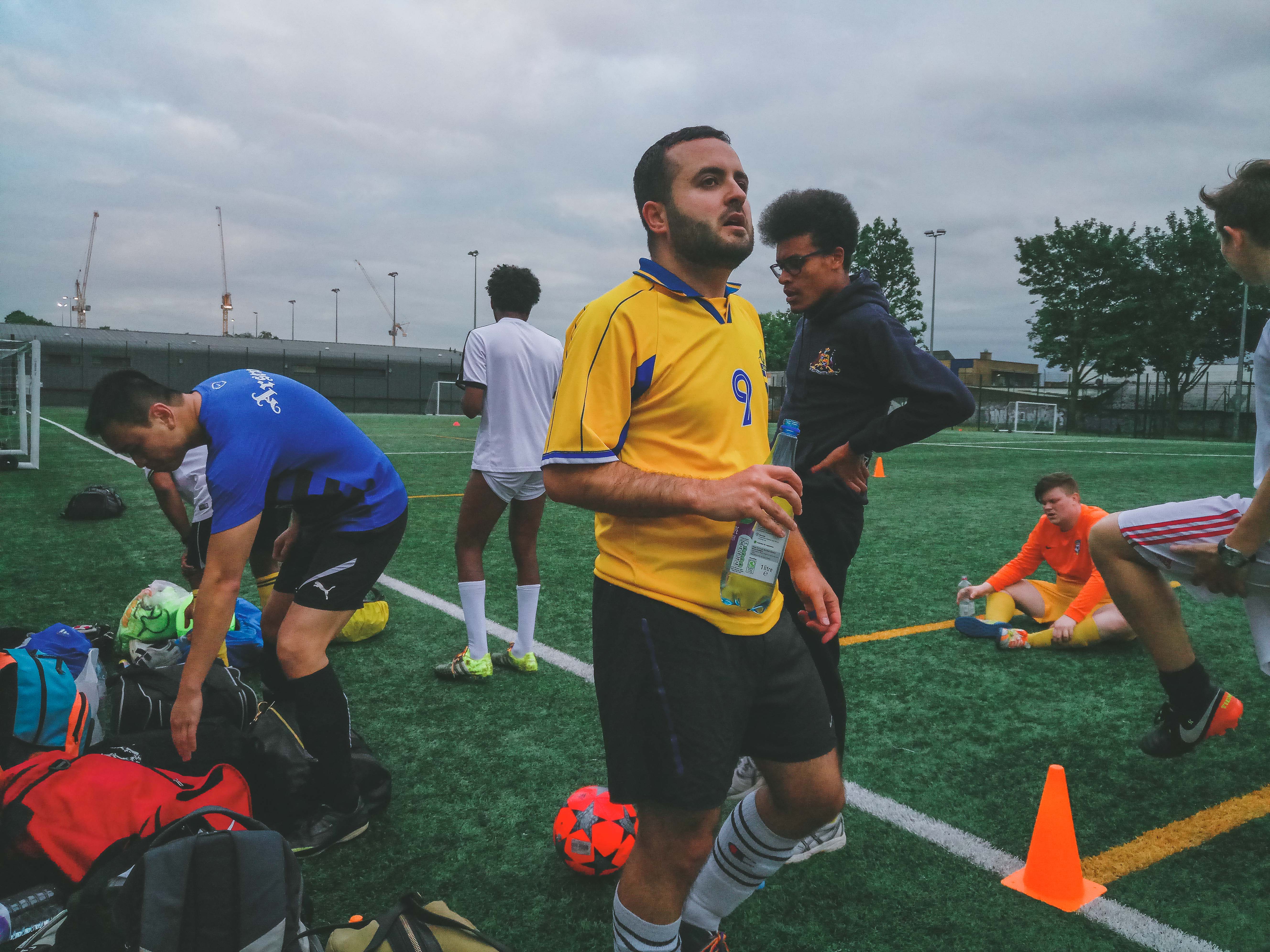 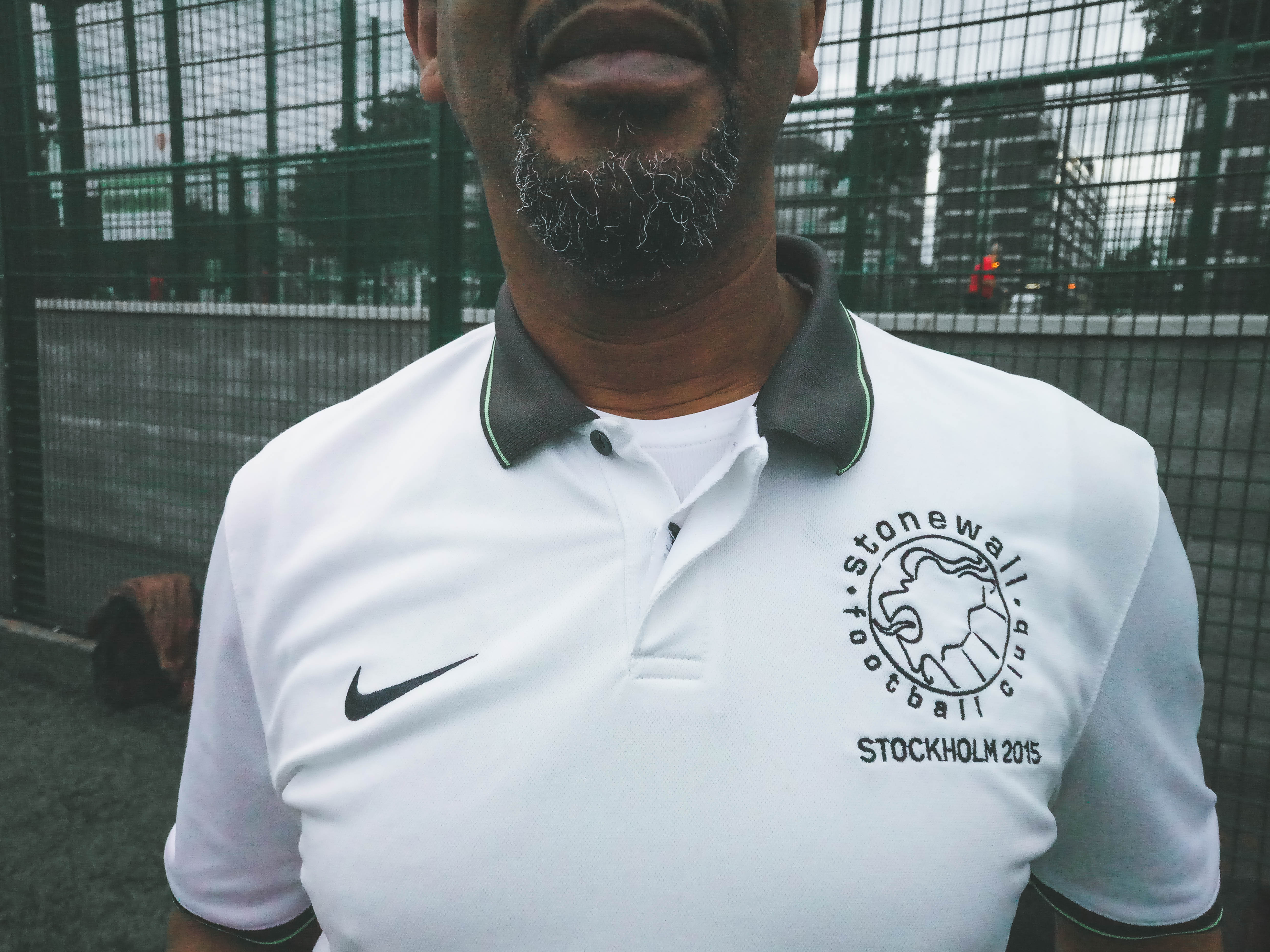 One such idea to fight homophobia in football was the Rainbow Laces campaign. Stonewall was a main driving force behind the idea, as they encouraged their players and opponents to wear rainbow-coloured laces as a sign of solidarity and support for LGBT+ players in the sport. The campaign is now supported by the FA, Barclays and the Premier League as they are fighting to make football a sport for everyone, with the end goal of trying to eliminate prejudice from the pitch. 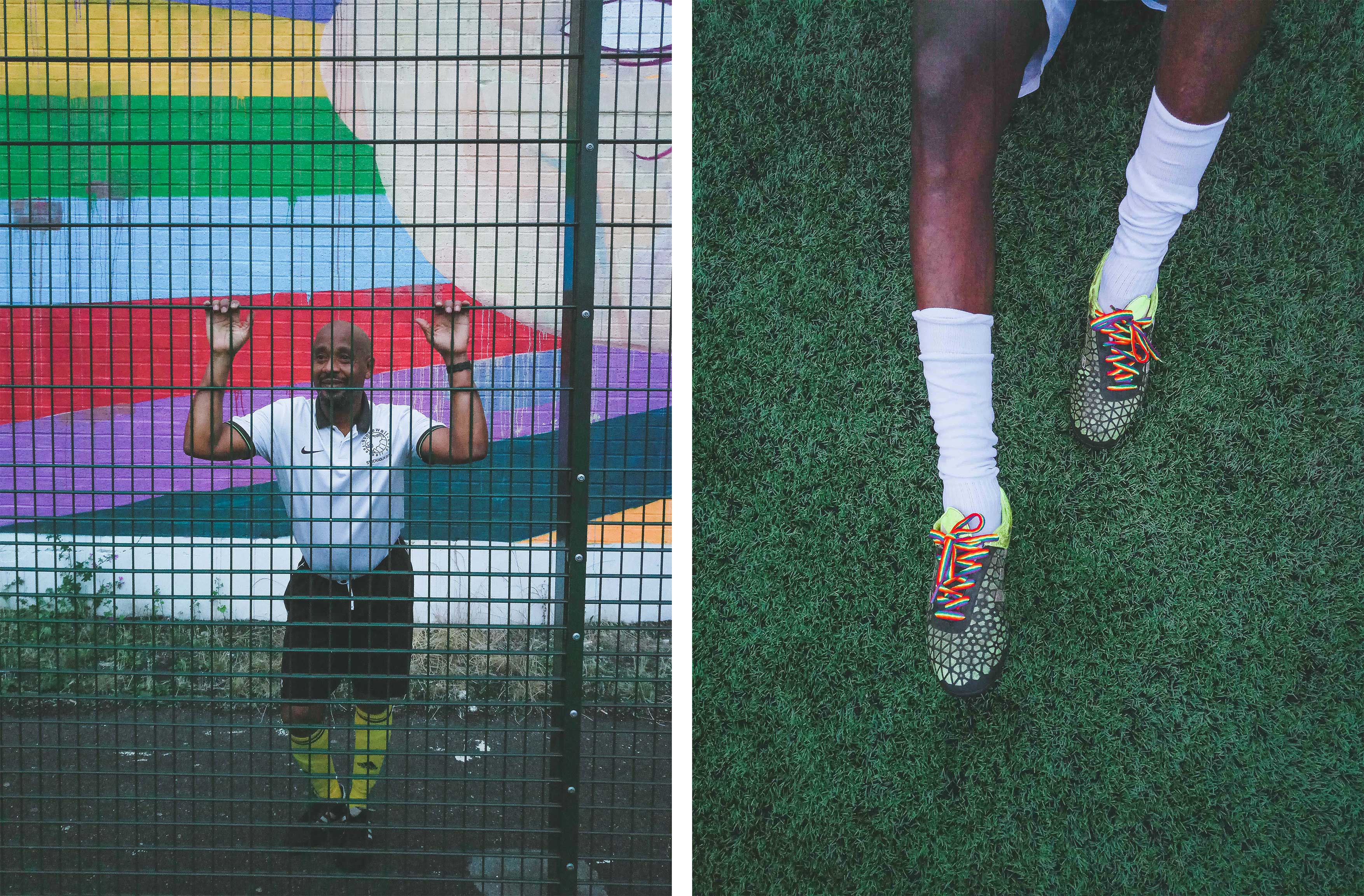 But as Aslie, one of the founding members of the club told me, trying to entirely eradicate homophobia from the sport is something of a pipe dream. The ignorance of some people is still very real as assumptions are made about the ability of gay men being able to play a physical, competitive sport. Even today the team still occasionally experience abuse, sometimes in the form of physical violence. Aslie says he’s seen fights break out when Stonewall are ahead, as some straight teams don’t like the idea of being beaten by “a bunch of gay men.” 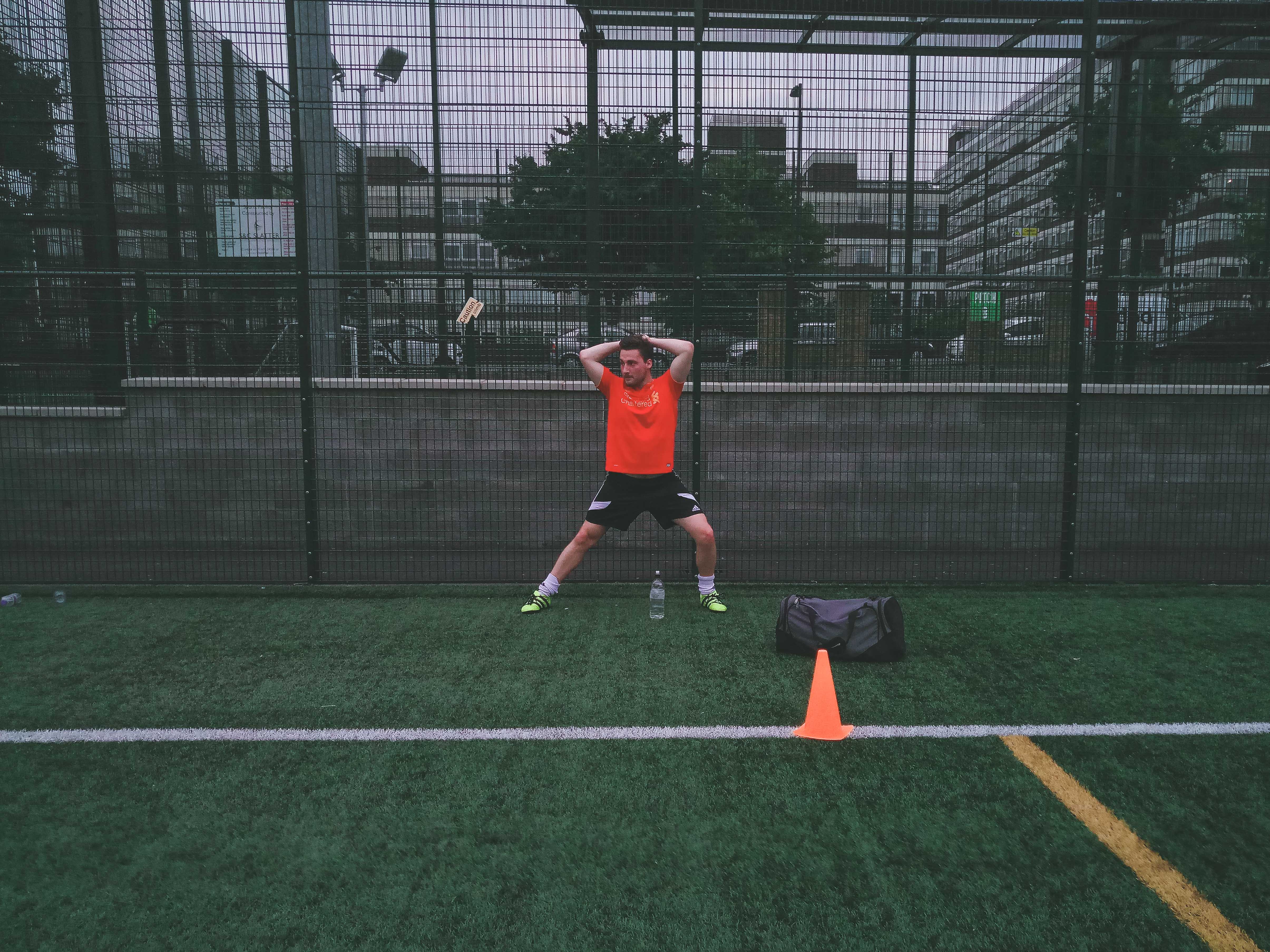 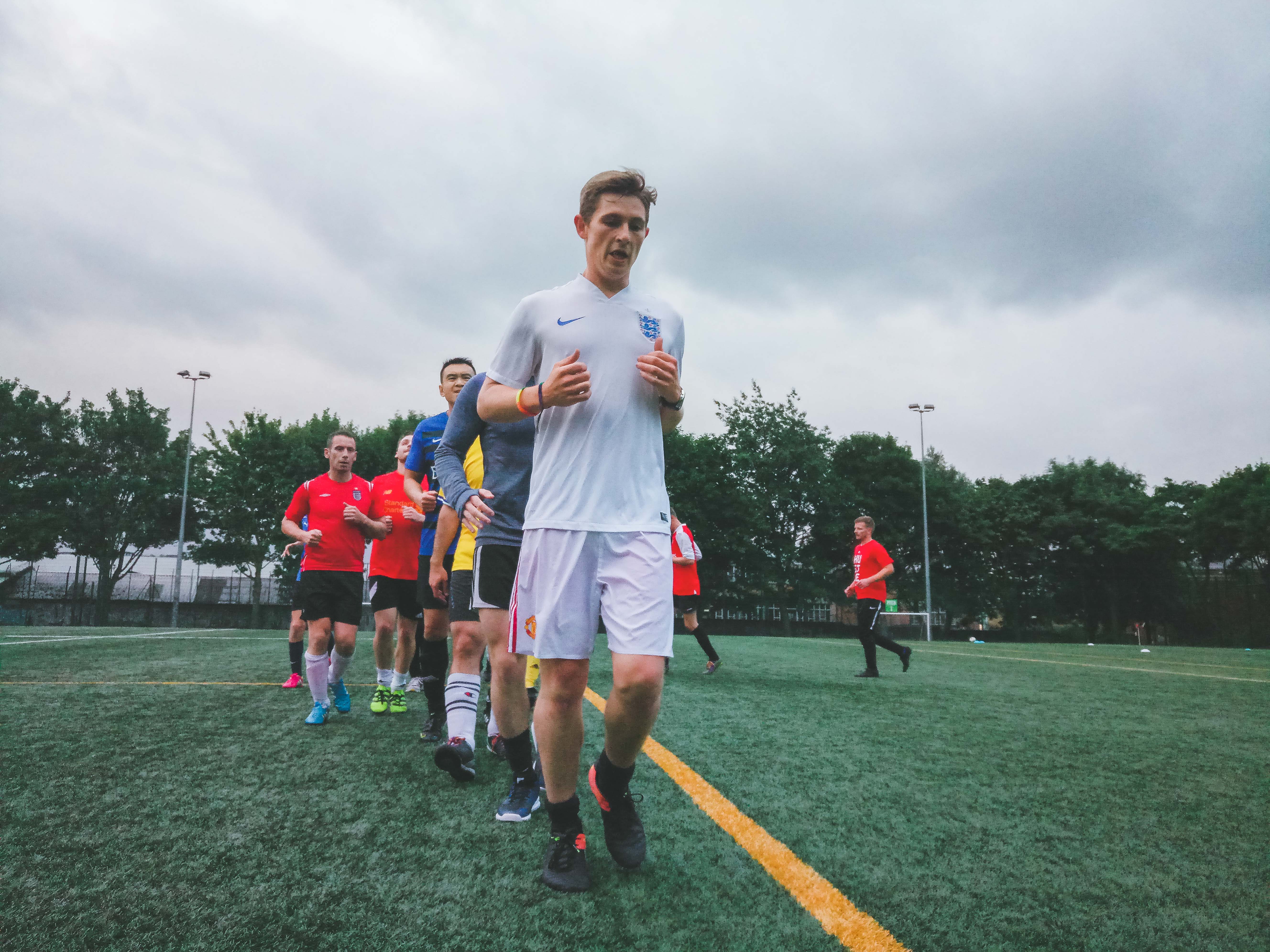 Warming up, before playing a match at the end of training

Setting out to change attitudes was never the primary focus of Stonewall; it started from a desire to simply play – and feel comfortable while doing so. As Justin, another player in the team tells me, when the guys step out onto the pitch they are primarily sportsmen – their sexual orientation comes second. But the players’ success and physical ability has a role in changing perceptions. Stonewall have repeatedly proven themselves on the pitch, with every win challenging deeply embedded presumptions about what a gay sportsman can and cannot do. 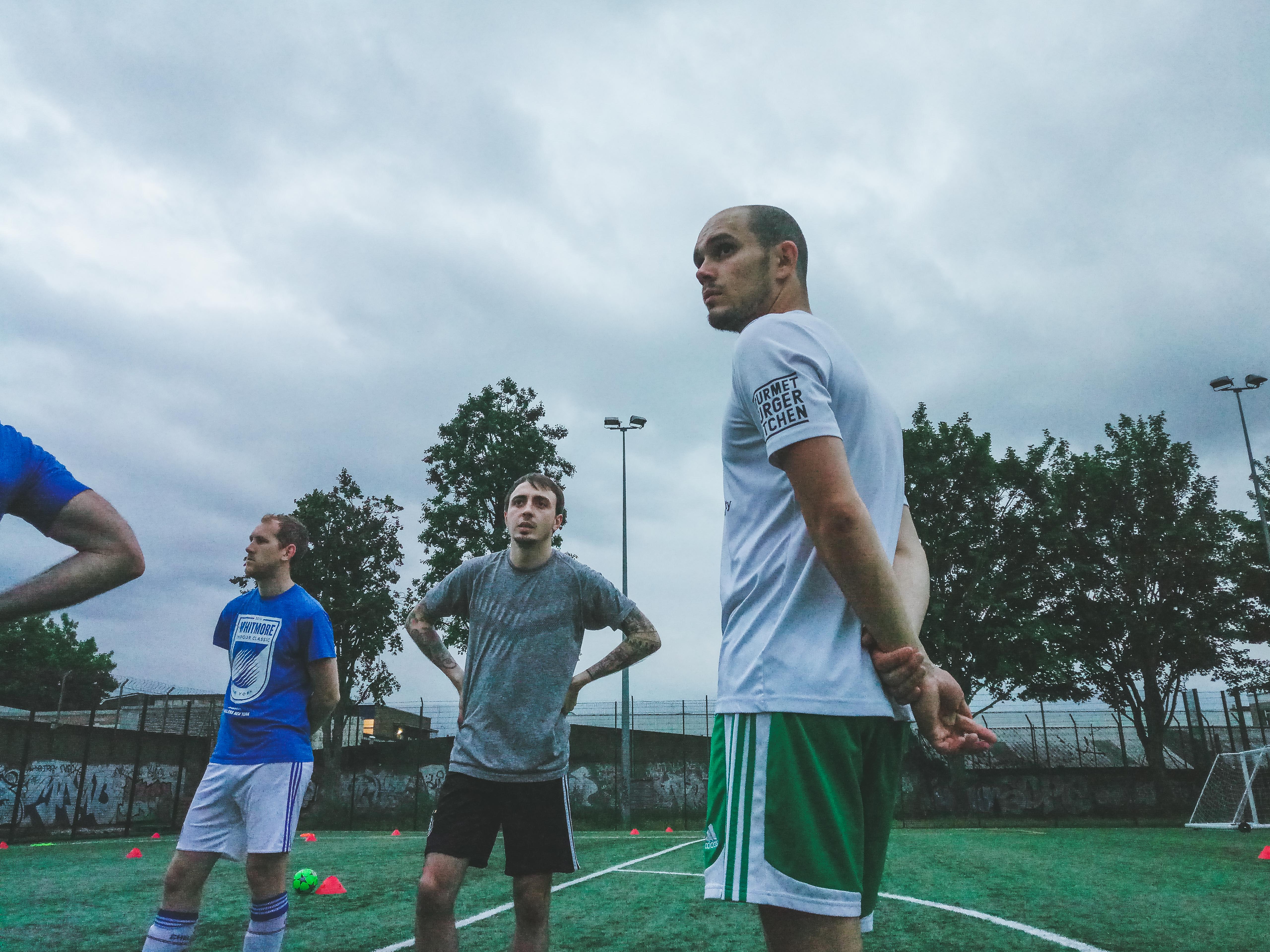 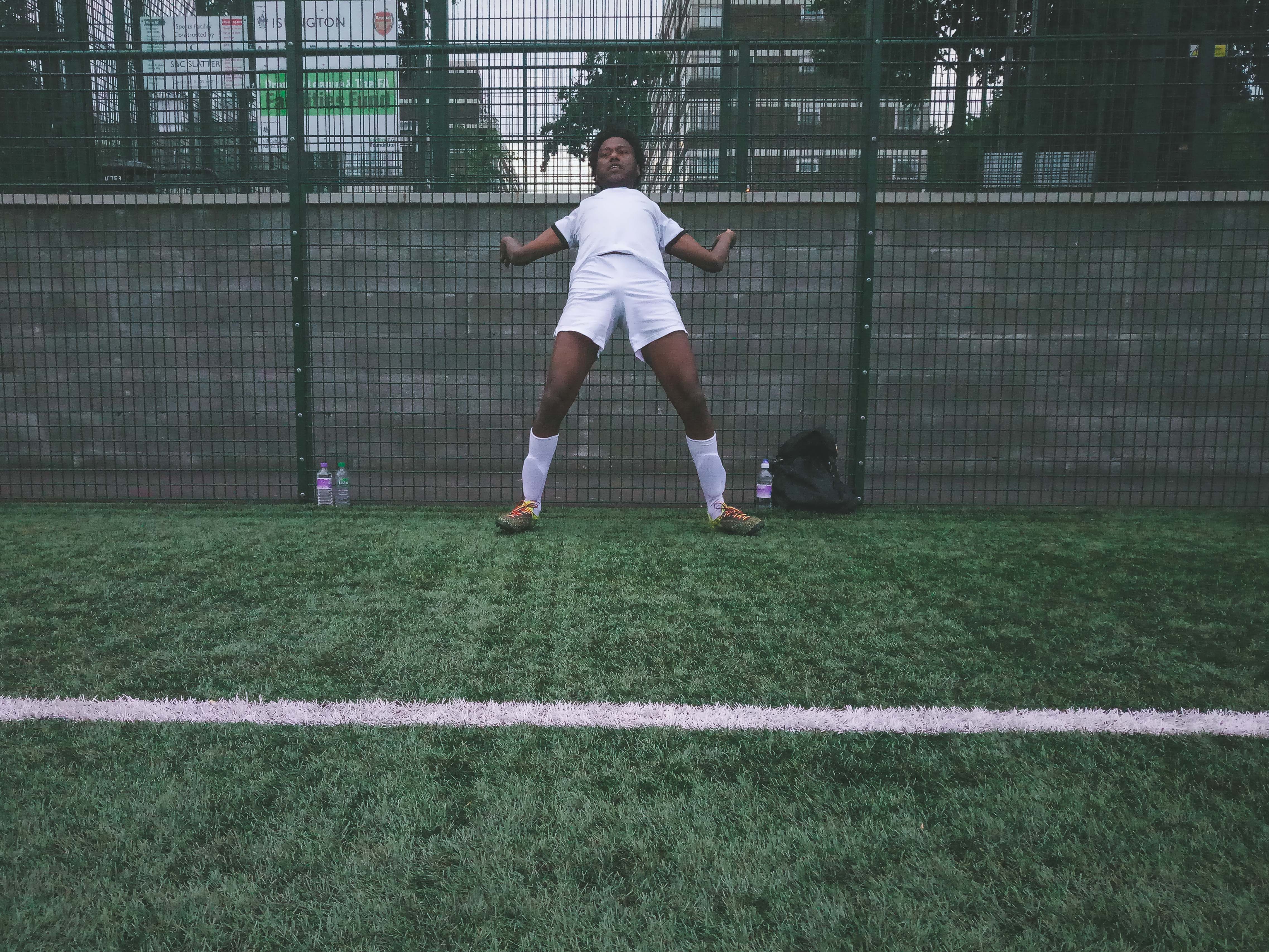 The club has created a model which others have started to follow in London and across the world, giving LGBT+ people spaces to be able to enjoy football free from homophobia and, in the process, fighting prejudice in the sport. As proud as the players are of the club and what it has achieved, the battle will only be won, they say, when there is no longer any need to label themselves a ‘gay football team’ in the first place. 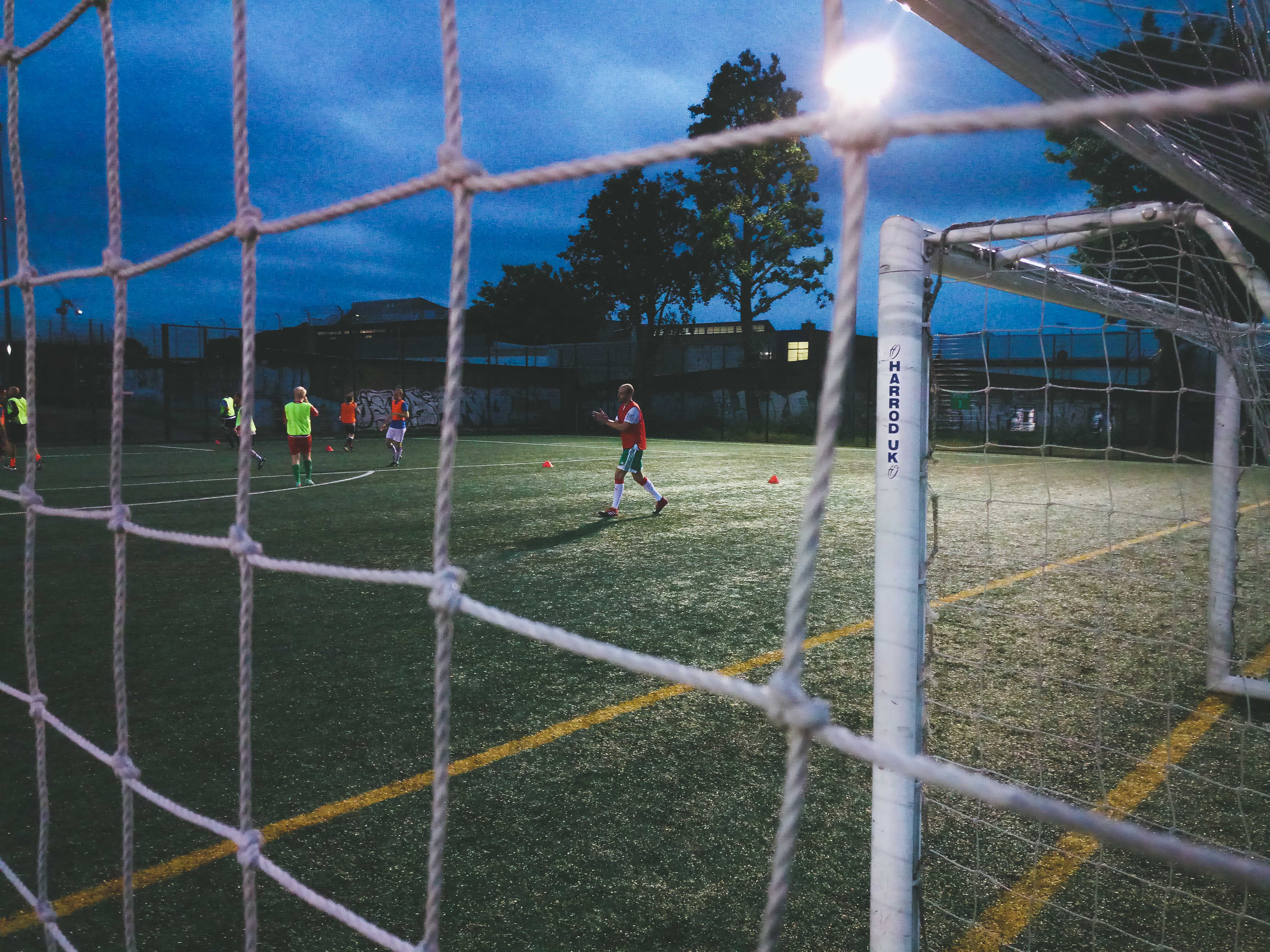 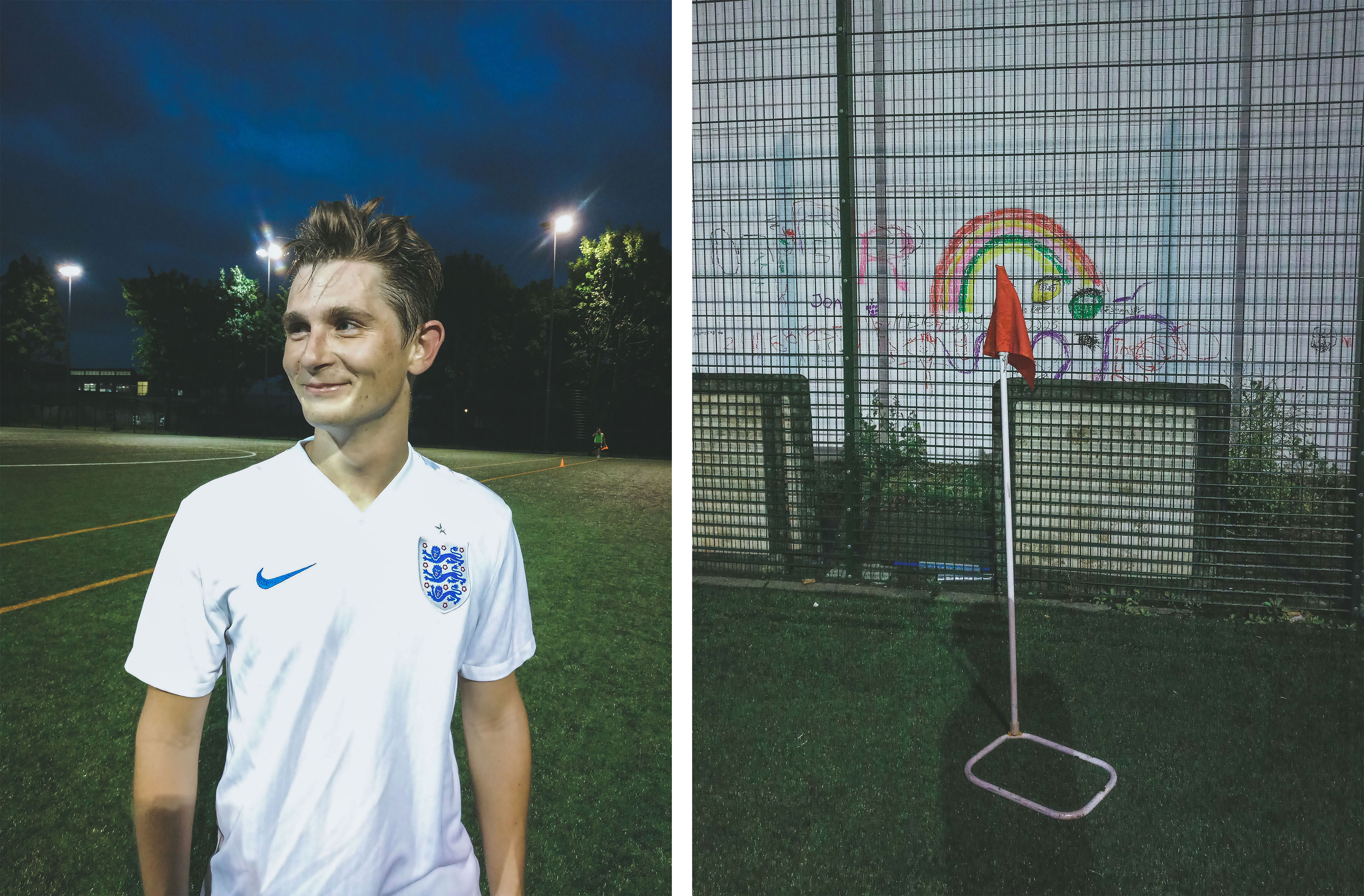 As the training session draws to a close, a red-faced Aslie considers the future of the club. “You can look at Arsenal and think how did that start up, and a lot of their fans won’t know,” he says. “I’m hoping that in 25 years from now people will say, ‘Oh yeah, Stonewall FC, my team, but do you know how they started?’ With the world the way it is Stonewall needed to be here and it’s made some difference, but hopefully in the future it shouldn’t matter if the club is gay or not.”

Linkedin
RELATED ARTICLES
OTHER ARTICLES
As she gears up for the release of her first book, the 24-year-old climate activist talks standing up to authority and building a more inclusive movement.
A new exhibitions brings together the work of photographers who documented the deep unrest of these pivotal decades.
A new law change is enabling Britain’s donor-conceived children to know the truth about their origins – but campaigners say the fertility industry must do more to protect people.
The action took place in response to the 200 asylum-seeking children who were placed in hotels run by the Home Office who have gone missing.
Since 2007, Gideon Mendel has made 20 trips to document floods in 13 countries. The result is an alarming record of what has already been lost to the climate emergency.
A new podcast is opening up the conversation between trans women and trans amorous men in the hope of building coalitions.