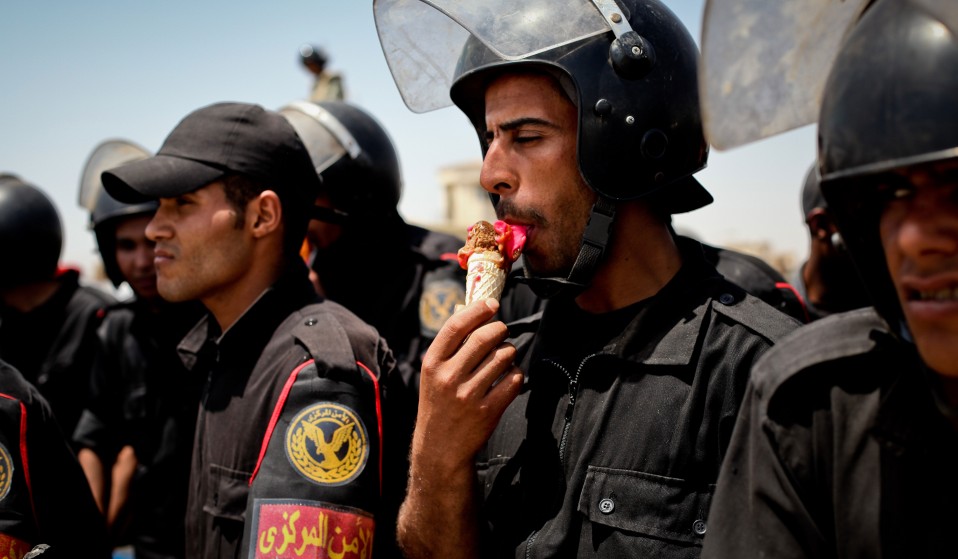 Documentary photography can be a lonely business. But these four friends have found a way to work together as individuals.

Documentary photography can be a lonely business, especially in the first stretch of your career. But these four friends - Alex Potter, Amanda Mustard, Allison Joyce and Cooper Neill - have found a way to work together while fostering their unique visions. Here, Alex Potter talks us through the journey that brought them together.

“Despite boasting 7 billion people, our world has become small. We’re all connected in one way or another. Yet this doesn’t mean we’re more community oriented – so much technology often makes personal relationships feel distant. Photography, in particular, can be a lonely profession – between planning, travel, editing and pitching, much of the work is solitary. So in 2014, we decided to form Kōan Collective: Allison Joyce, Amanda Mustard, Cooper Neill and myself, Alex Potter. A Koan is a question or anecdote, used to inspire a deeper understanding of the world. What better way to deepen our understanding than putting our heads (and cameras) together? 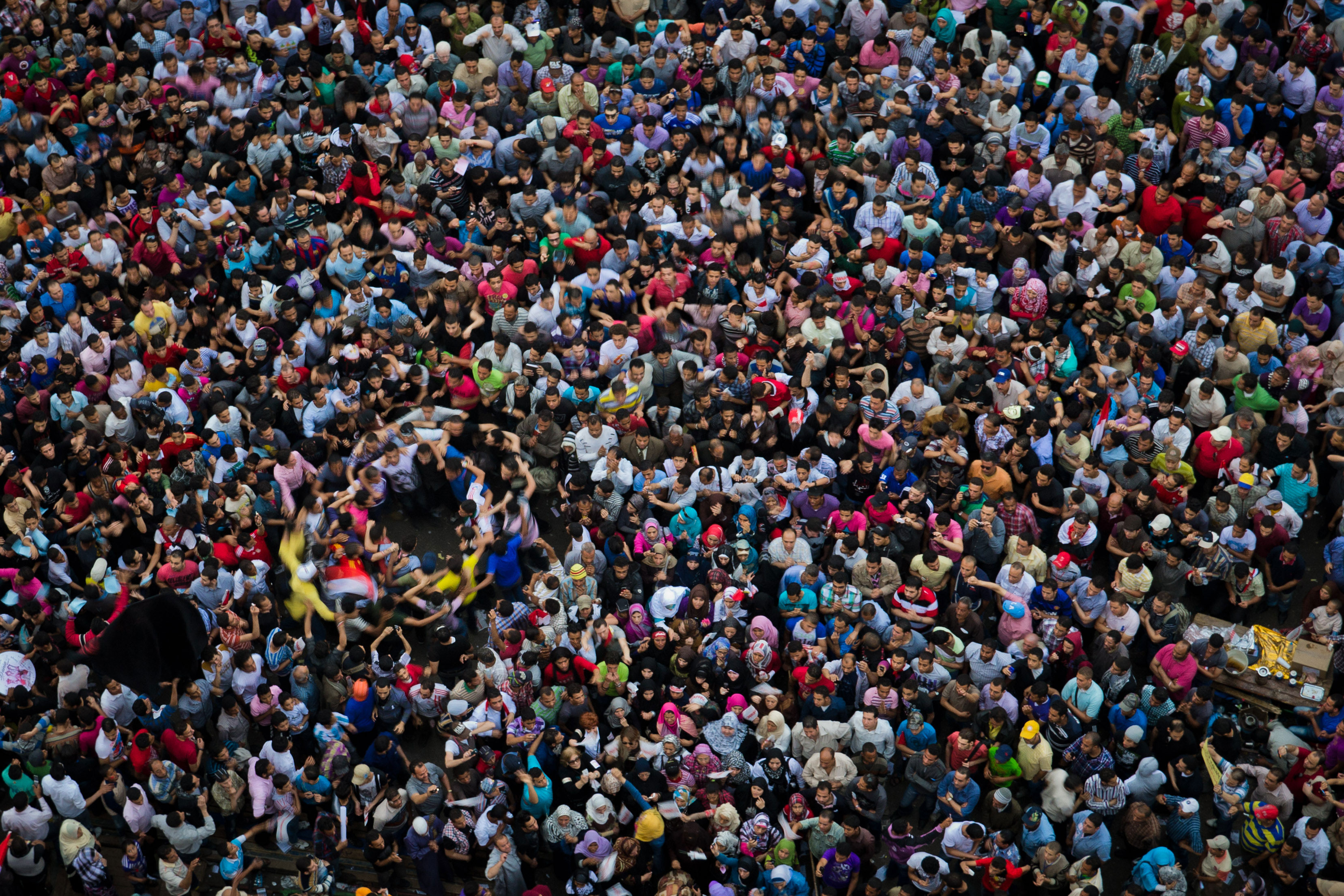 “We are based all around the world, from Texas to Thailand, Bangladesh to Yemen, in areas where there are fewer opportunities to meet other photographers. We were all at a turning point in our careers and lives – fresh out the gates and full of ideas – in an industry that can feel cut-throat at times. So we came together – slowly at first, with a website and Facebook page, group Twitter, Tumblr and Instagram. Now, instead of struggling alone, we have a trusted go-to group – of friends and colleagues – who can bring fresh eyes to an edit, help with grant applications, or nudge us to put something new on social media.

“For me personally, every good thing in my career traces back to the support of others. I didn’t go to school for photography, and have worked where there is very little in the way of creative community. Yet every few months, something gives me a push. When I felt like I was done with one story in Yemen, the advice that I was given by both editors (like Alice Gabriner and Olivier Laurent of Time) and fellow photographers (Koan members and friends like Ian Willms and Glenna Gordon) changed how I was approaching the story. When it comes to Yemen I’m quite emotionally attached; I care so deeply about the people and want their story to spread. But being able to seek outside opinion, from those who can see the images for themselves rather than the experience, strengthens your work. 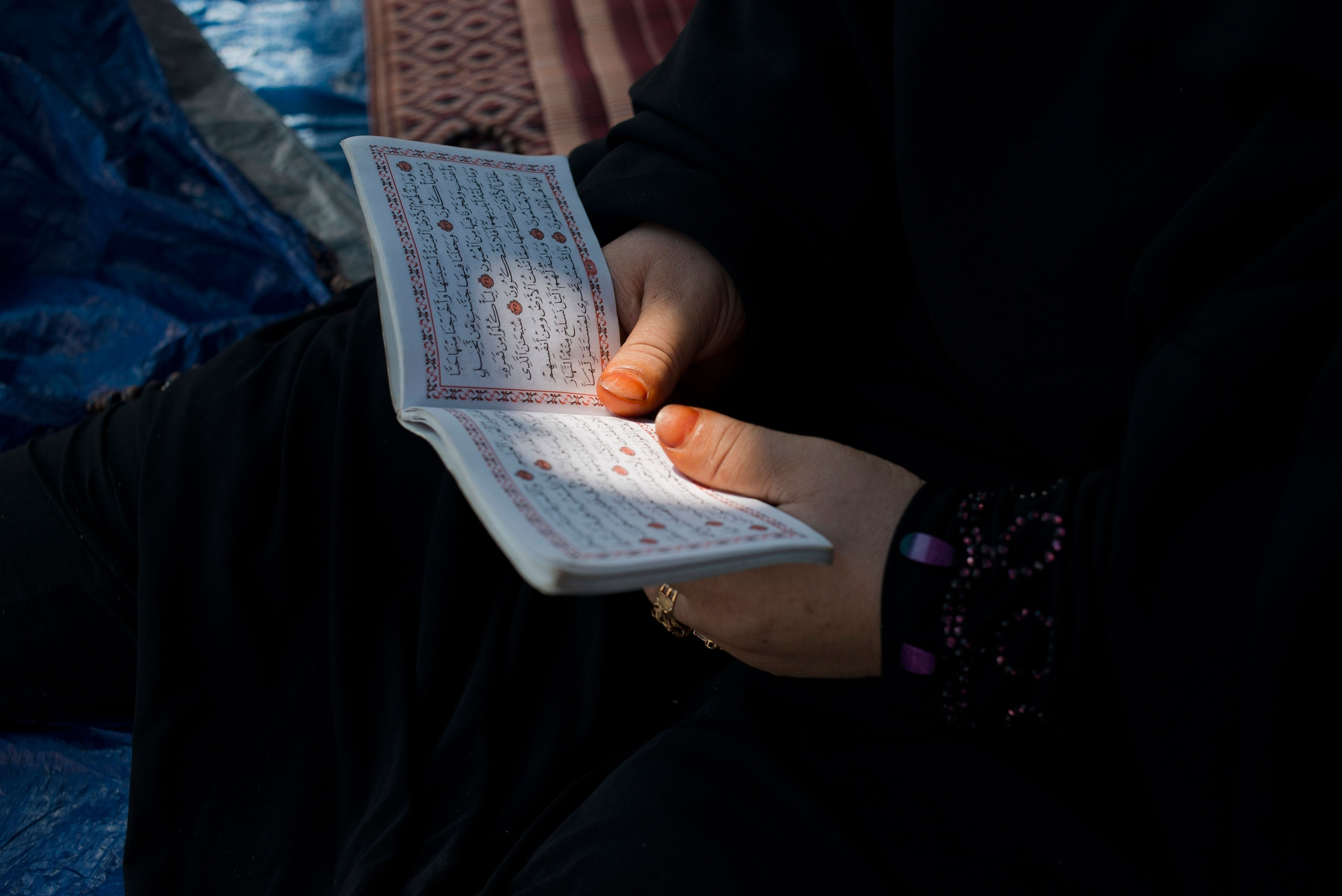 “And when I look at my peers, I see a similiar story. Amanda started her career in Egypt after the 2011 revolution, with no prior journalism education. The world had its eye on that story, and there were so many journalists trying to get their foot in the door, competing with established photographers. Shooting on the ground was challenging enough, let alone grappling the art of pitching and pricing. But it’s the support she got from colleagues – who shared advice and contacts – that helped Amanda get her images out into the world.

“When Cooper covered the Ebola case that surfaced in Texas in 2014 – a story that was logistically hard to cover – the other collective members were there to help with edits as images came through. Cooper had previously worked at a newspaper where he was surrounded with support, but when he went freelance Koan filled the void. 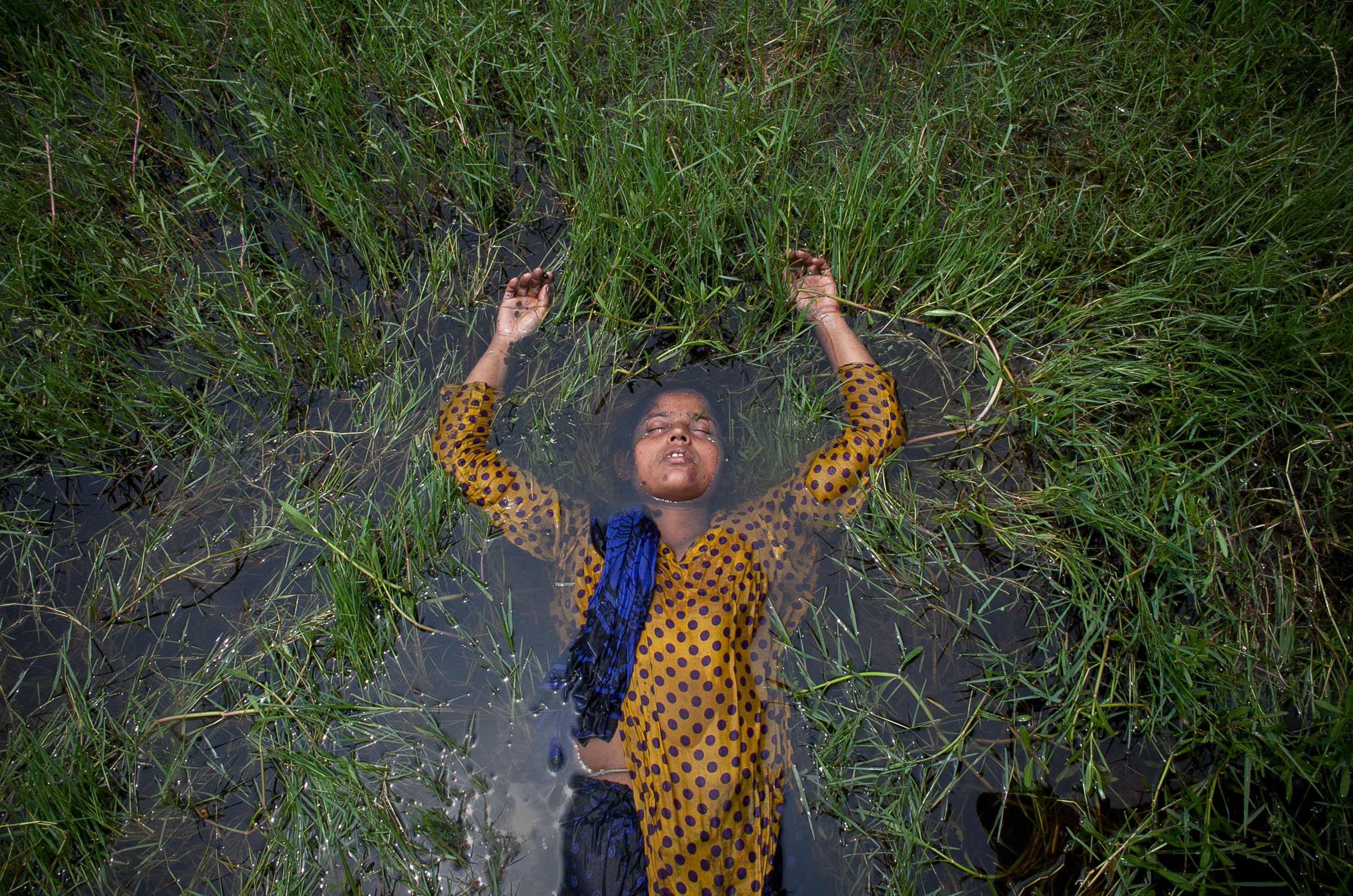 “Allison, meanwhile, was based in Bangladesh. Like Egypt for Amanda and Yemen for myself, our bases can be harsh environments for women. Koan’s unique female majority makes it a safe space to talk about issues like harassment and sexism that we unfortunately experience in and out of the field. We cover stories about abuse, mental health, trauma and conflict that can be quite trying, and it’s incredibly important to have a space where you know you’re being supported without judgment.

“If there’s one thing I take from our experiences, it’s that even the smallest encouragement goes a long way. Whenever I’ve been down, it’s been a community event – or a nice word from a colleague – that’s pulled me out of my slump. 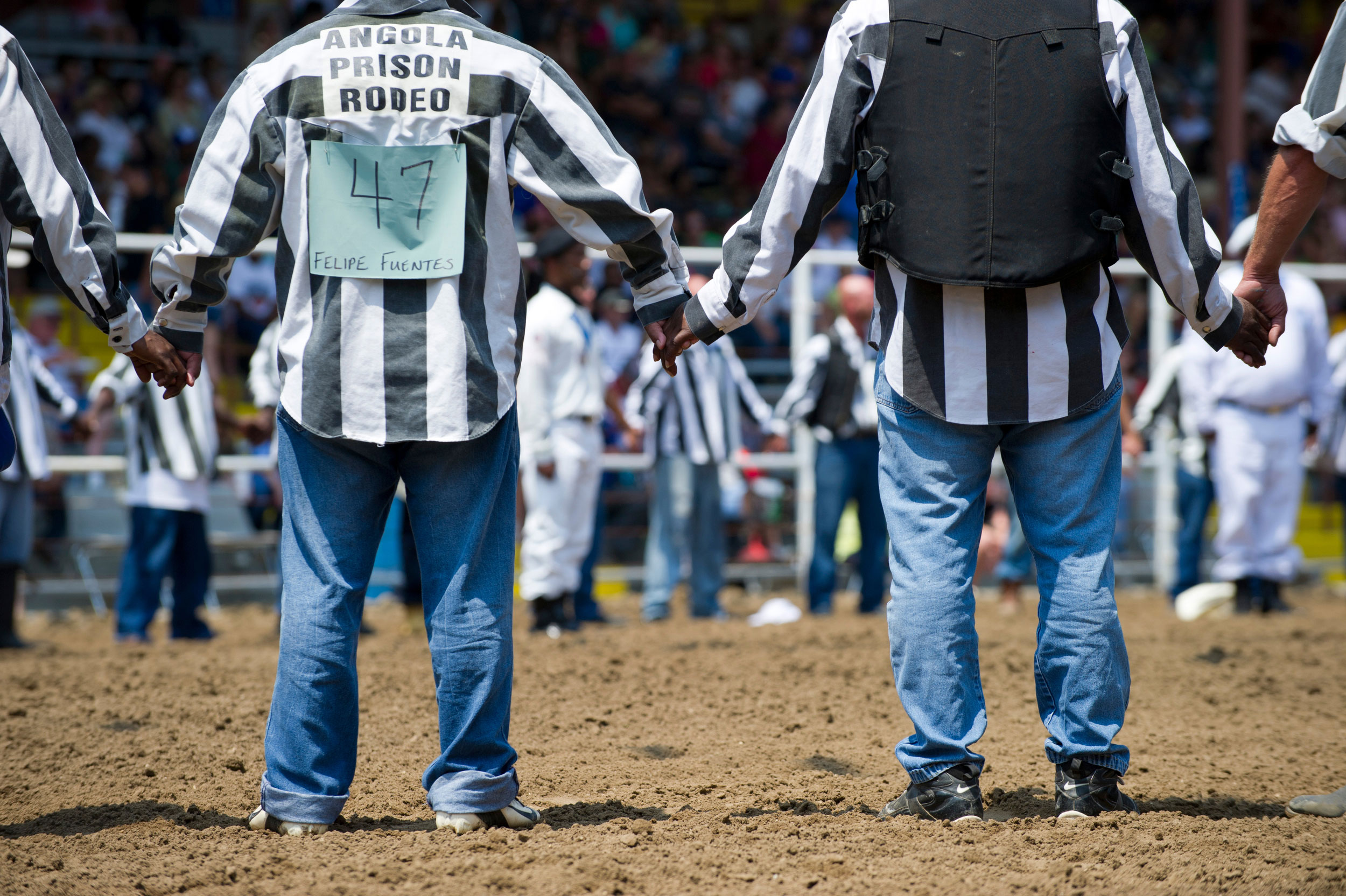 “But Koan is just beginning. While we’ve succeeded in becoming a community for one another, we want to offer others support. This year, we’ve started mentoring Smita Sharma, an amazing photojournalist covering India, Bangladesh, and elsewhere. Not only does she remind us how important a support system can be in places where there are few journalists, she also has the courage to address personal struggles head on through her camera. Her drive inspires us all.

“As a collective, we believe in the pursuit of truth. We want to share the stories of communities we care about with integrity. But we also treasure our individuality – and each other’s unique strengths – and have learned to see things from one another’s perspective.

“So, what exactly have we taken from Kōan? Whittling it down into one reflection would be self-defeating. What we each give and take from the relationship is as varied as our work. What follows is a series of lessons learned – each member reflecting on the work of another – taken from the stories that taught us the most.” – Alex Potter 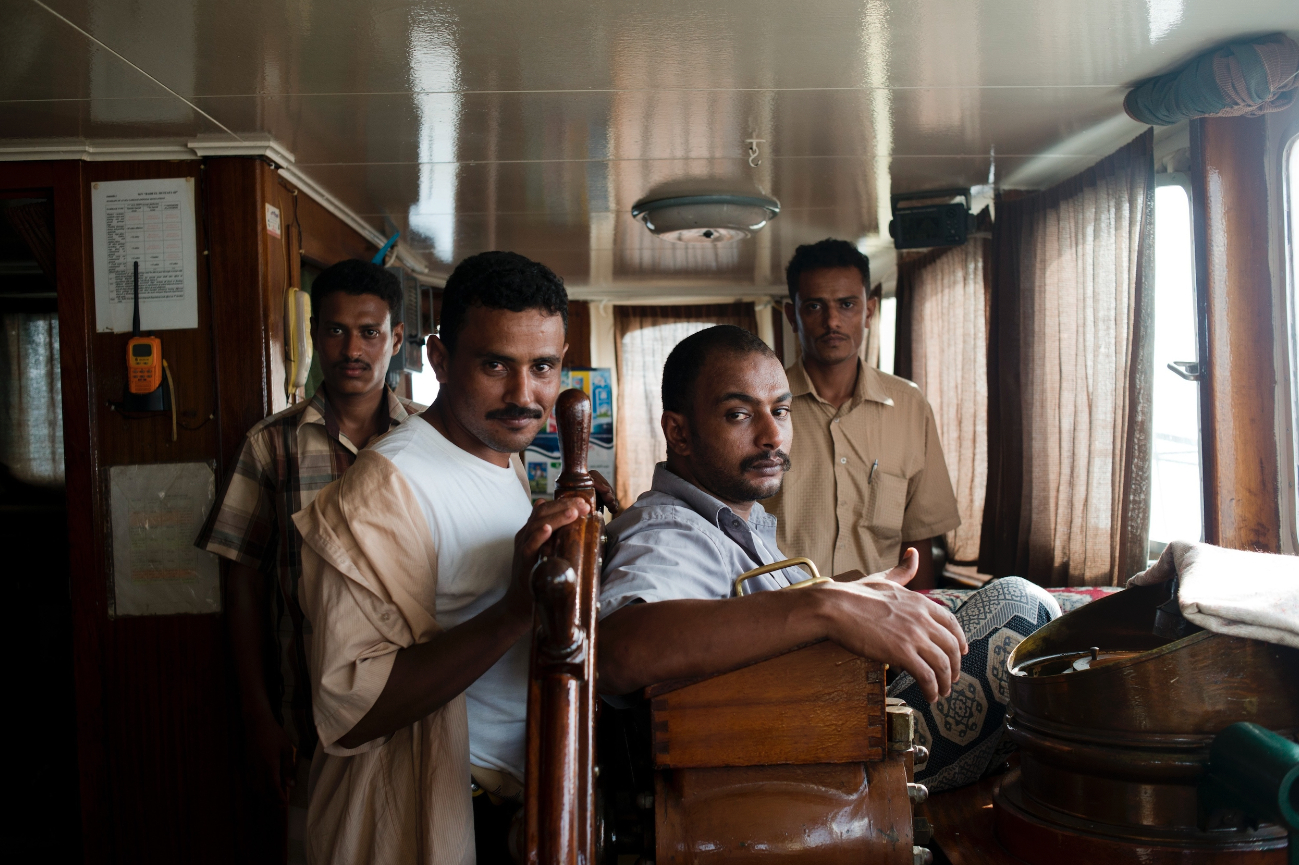 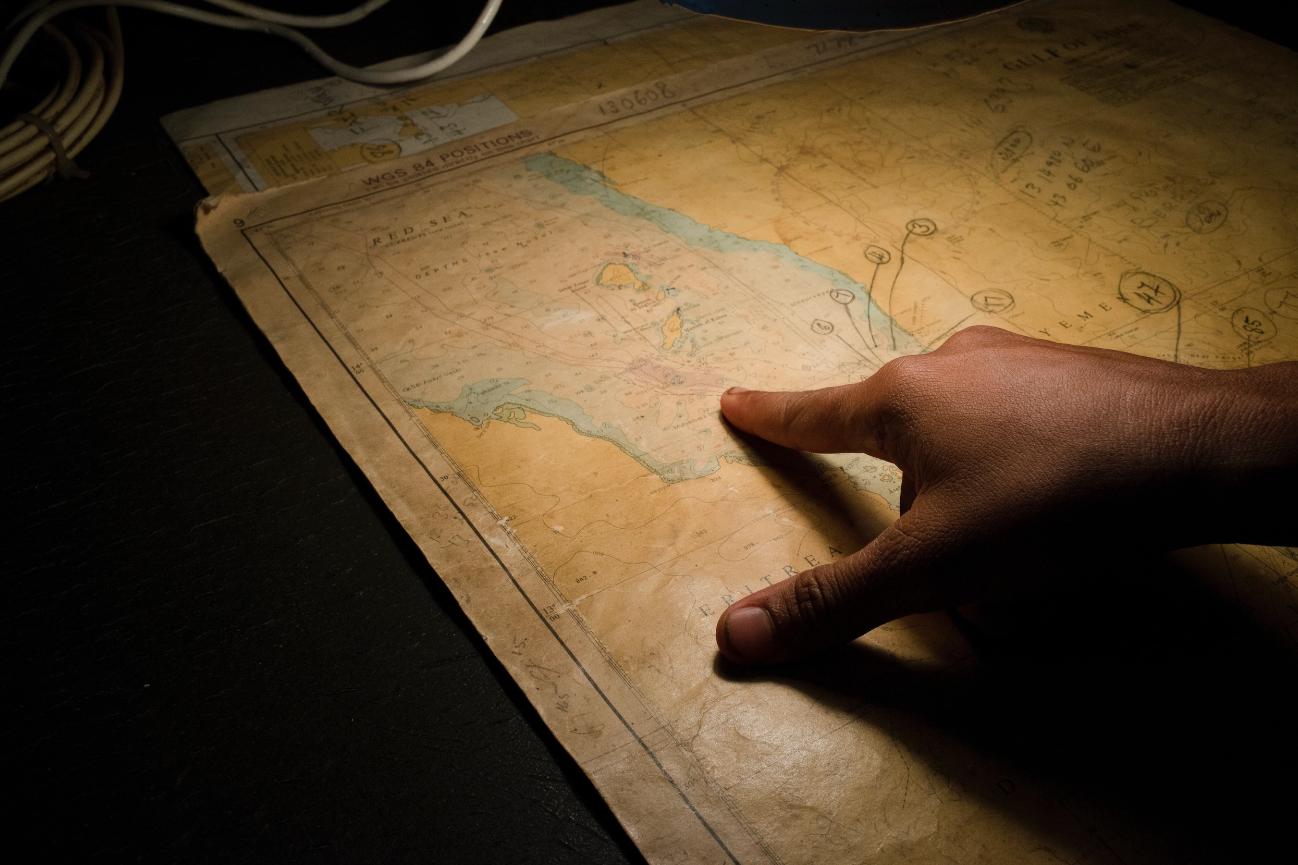 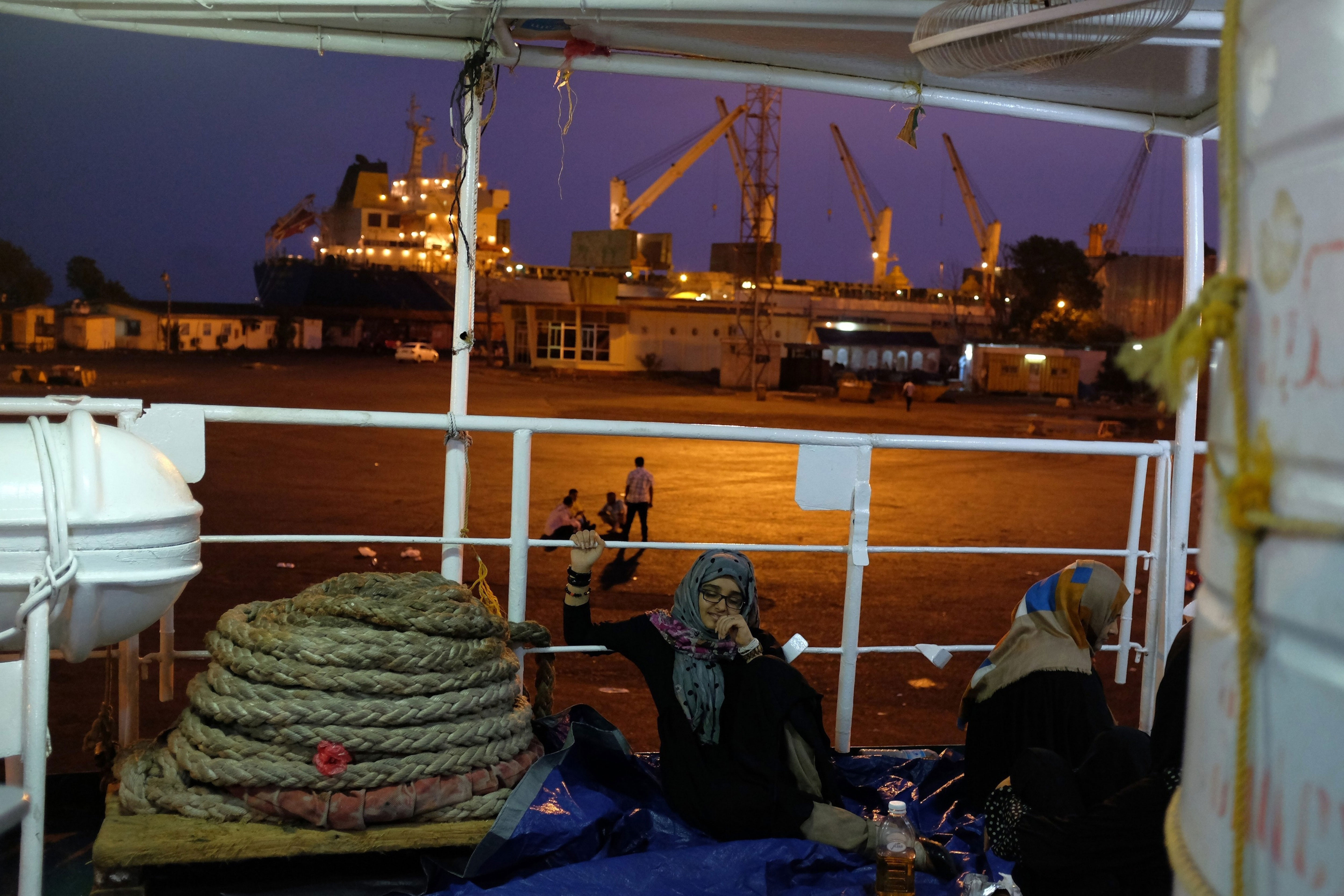 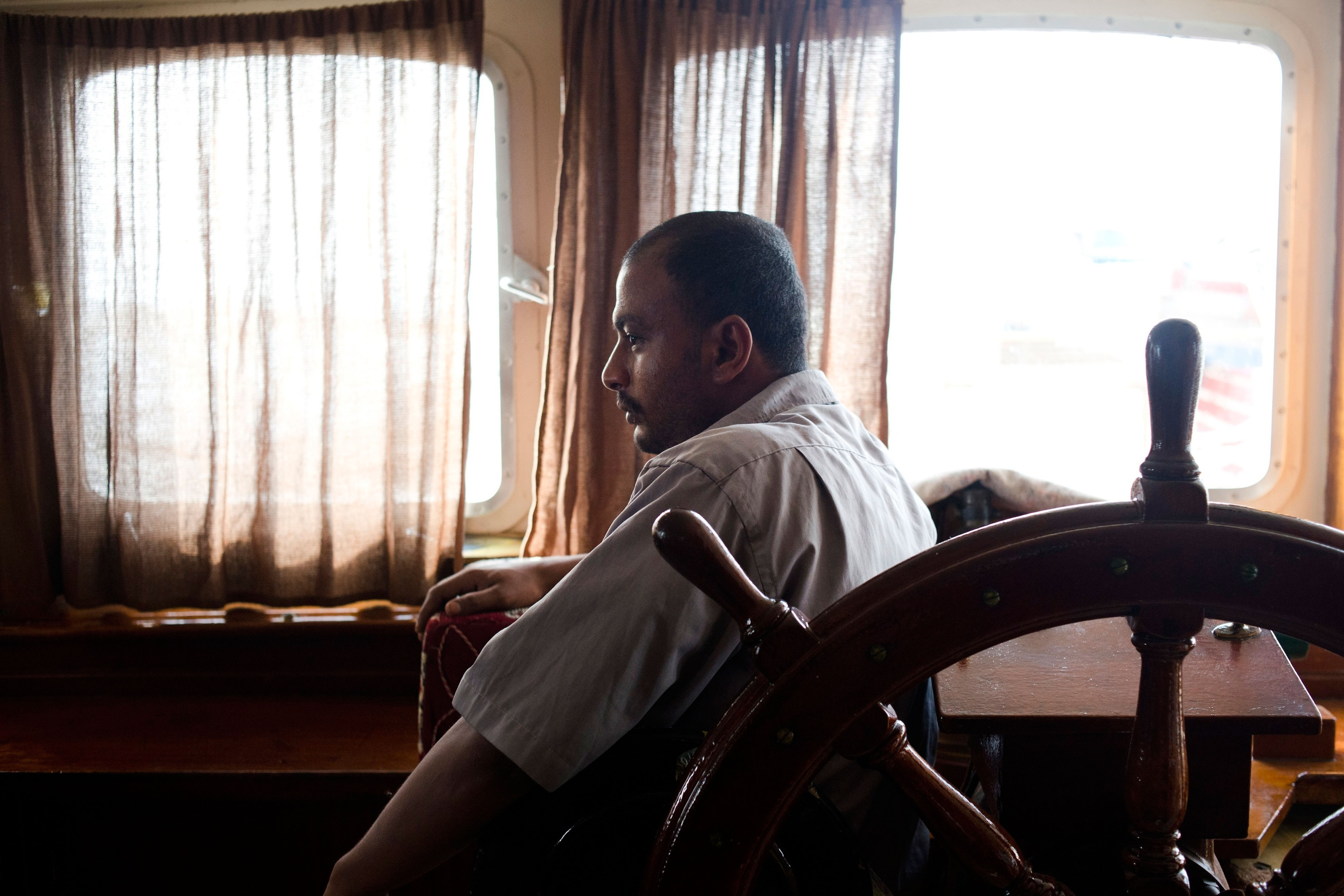 Amanda Mustard: “As another young female journalist that was based in the Middle East, I’m constantly inspired by Alex’s long-term work on Yemen. Her dedication to the language and developing access is obvious in her images. I know the struggles that can come with the environment, and it’s great to have Alex to relate to and discuss those things with. Her work, which is so visceral and intimate in both moments of peace and unrest, serves as an example of how hard work and dedication to a country can pay off. After so many years investing herself in Yemen, she was one of the only journalists able to access and shoot a piece like Journey Home – which follows migrants who, having run out of hope and savings in the Horn of Africa, are now returning to Yemen – during the current Saudi-led military campaign against the Houthis.” 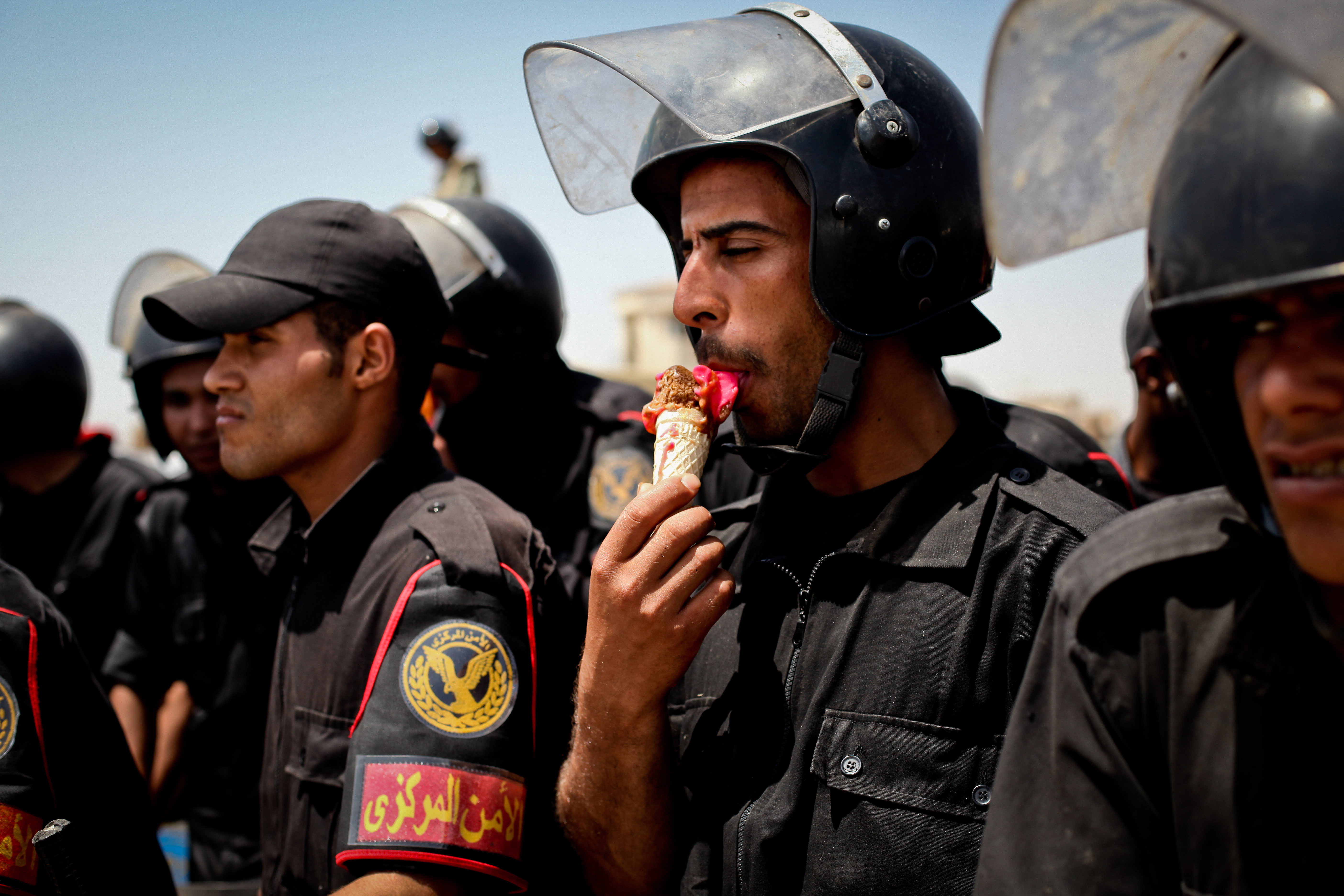 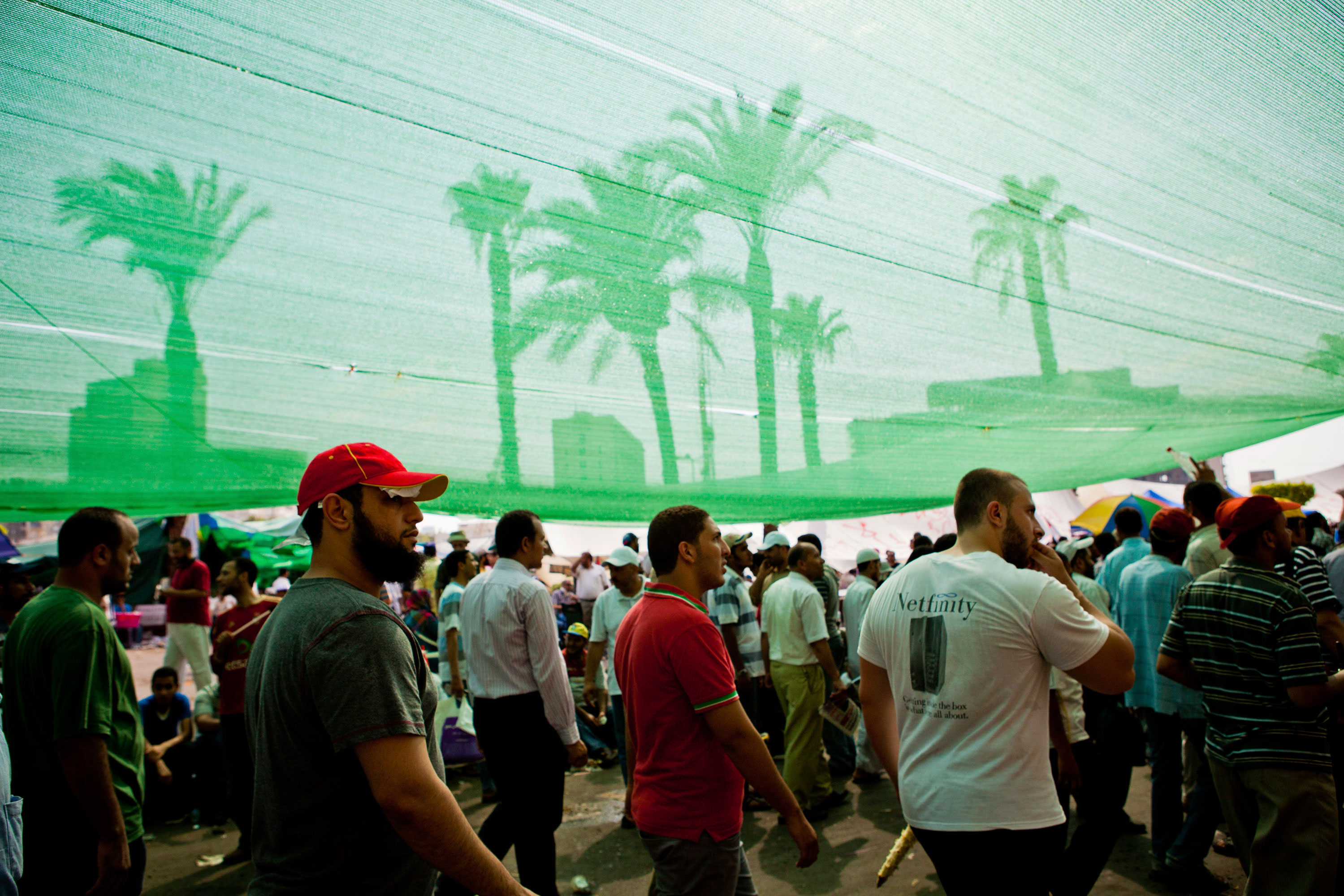 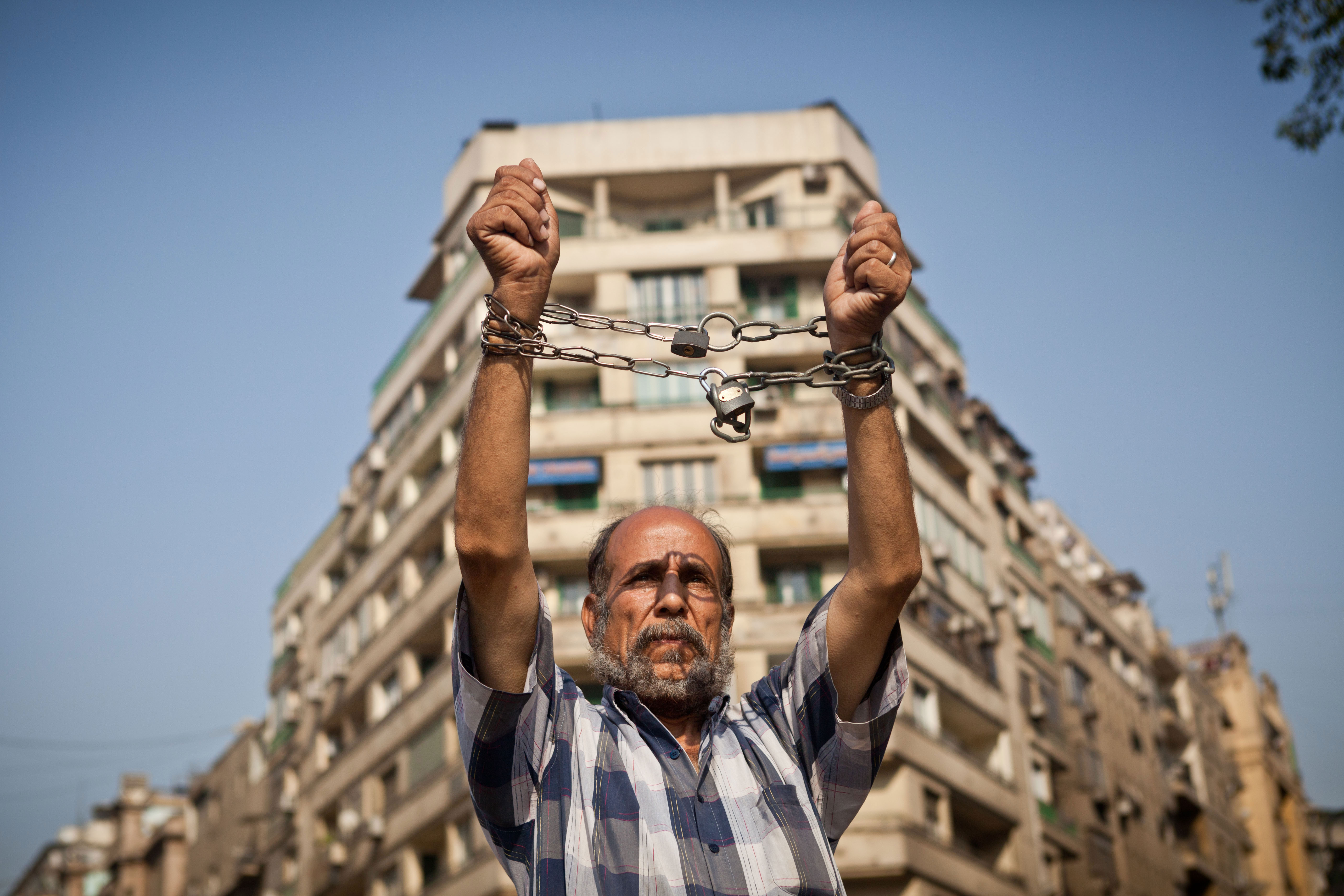 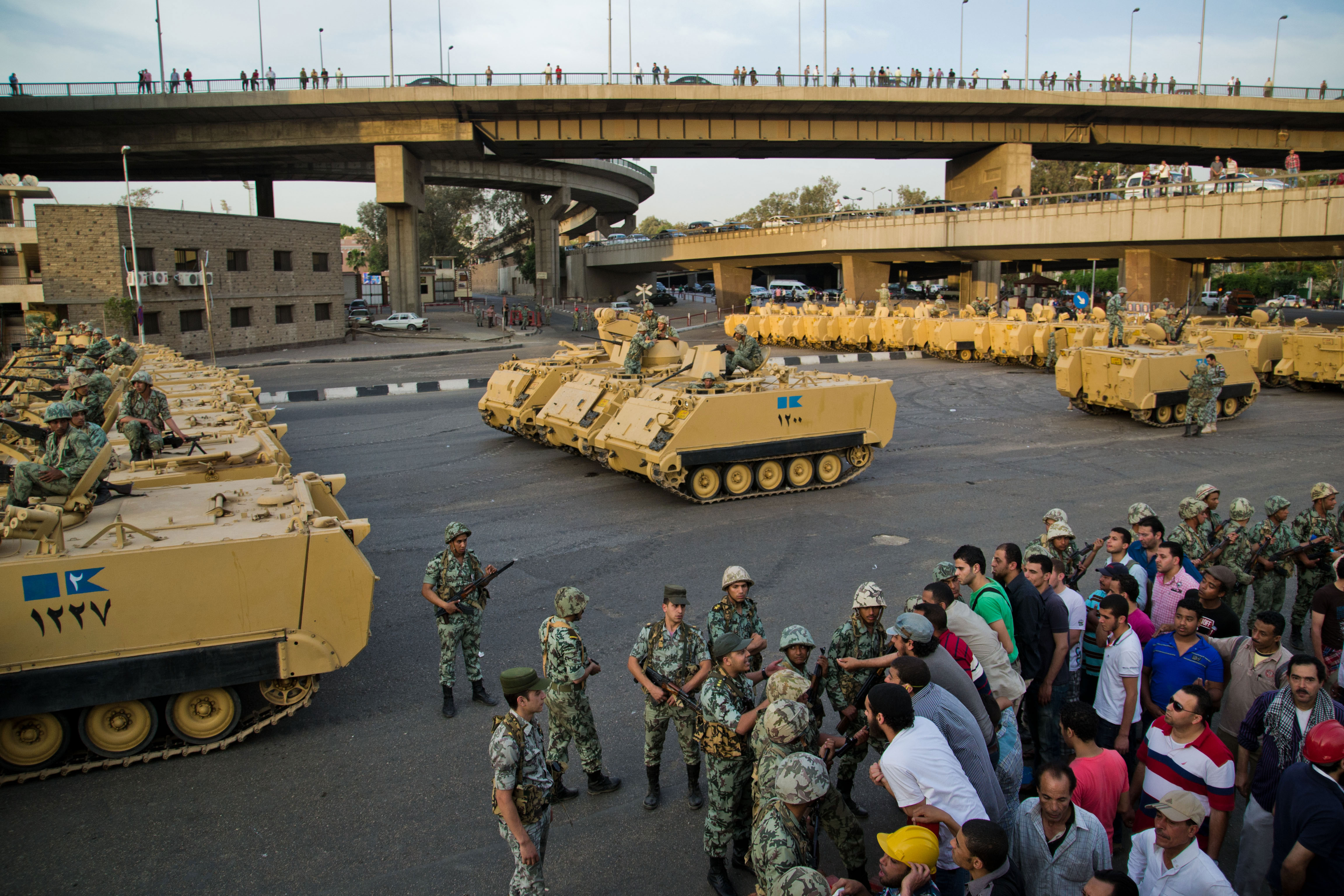 Alex Potter: “Amanda’s work on Egypt post-revolution is a dedicated record of the country long after most journalists had left. As the government cracked down on protesters and press freedom, Amanda continued to follow youth throughout Egypt, showing not only their political frustrations, but their colourful lives and determination to build a new future. I admire her dedication to the story, which only grew harder as time went on, her ability to get close to her subjects, and her ability to humanise and traverse the diverse landscape of Egyptian citizens.” 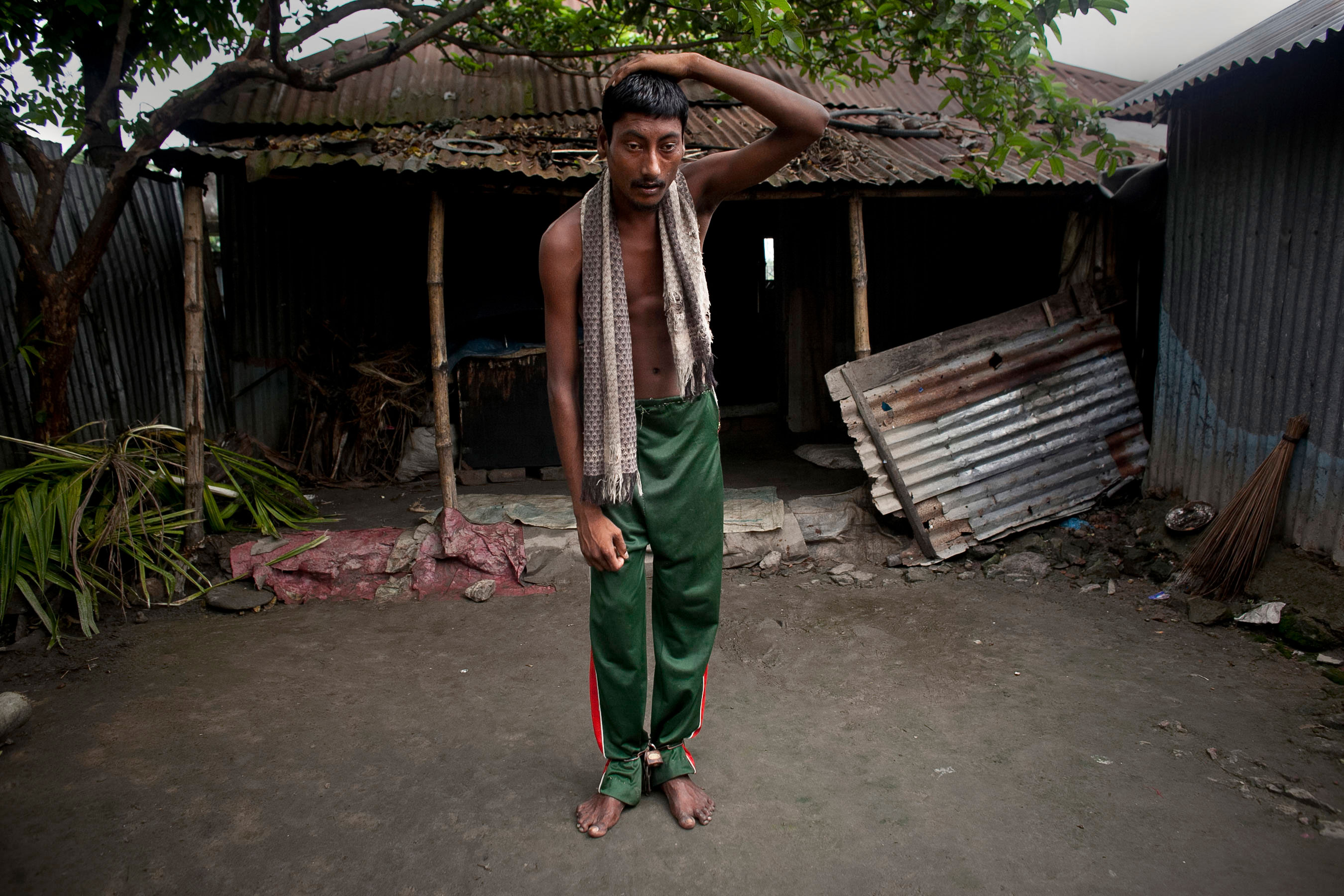 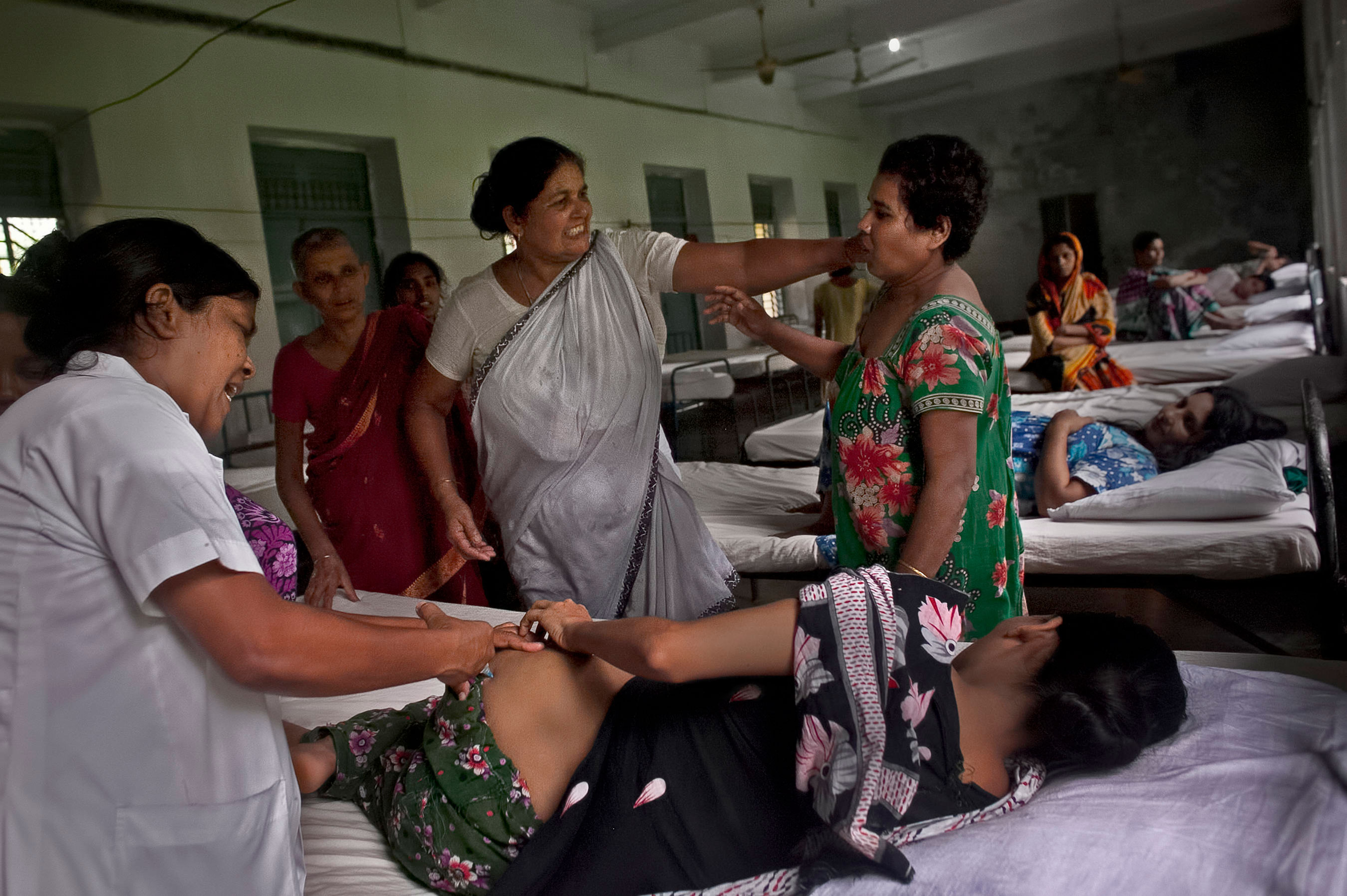 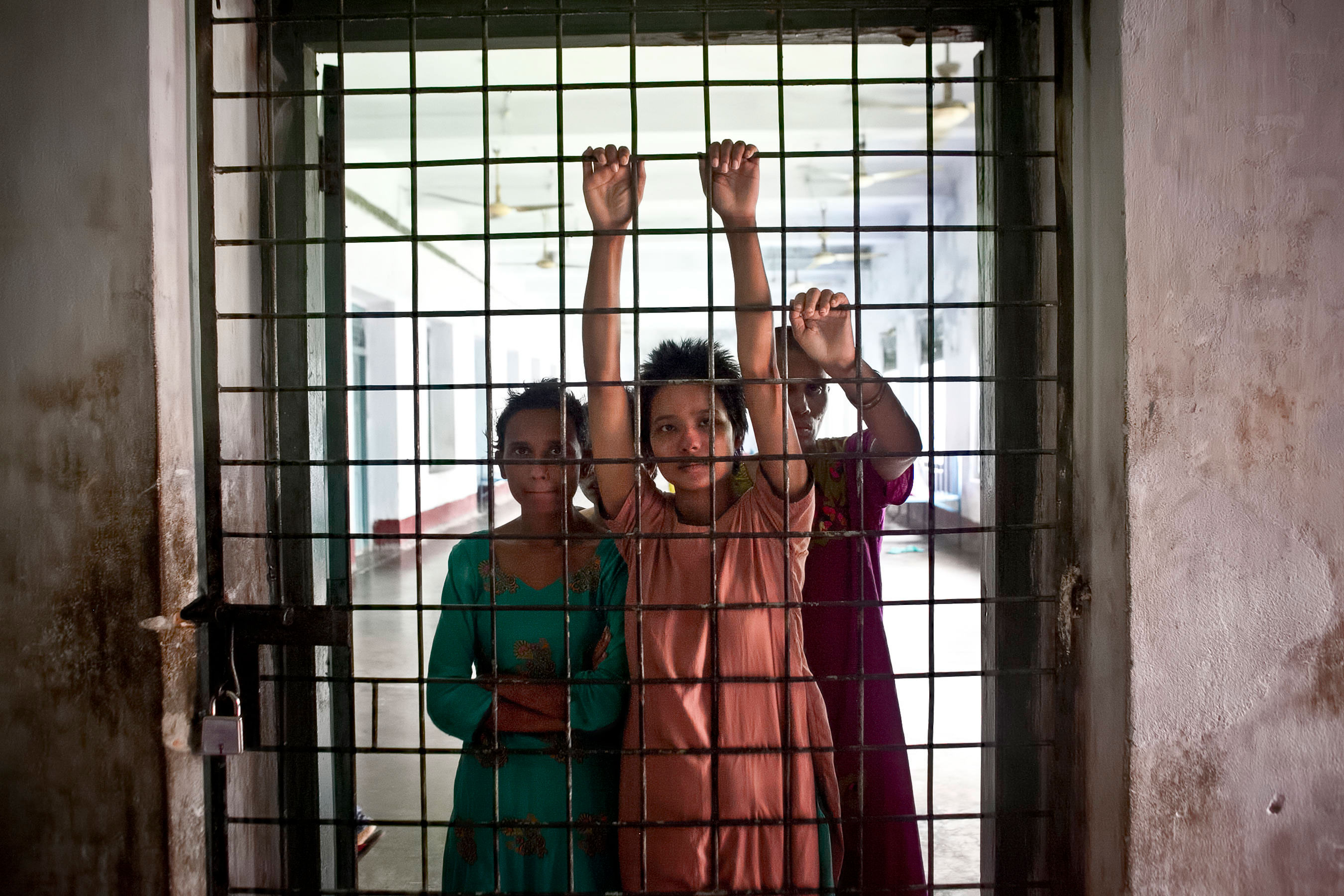 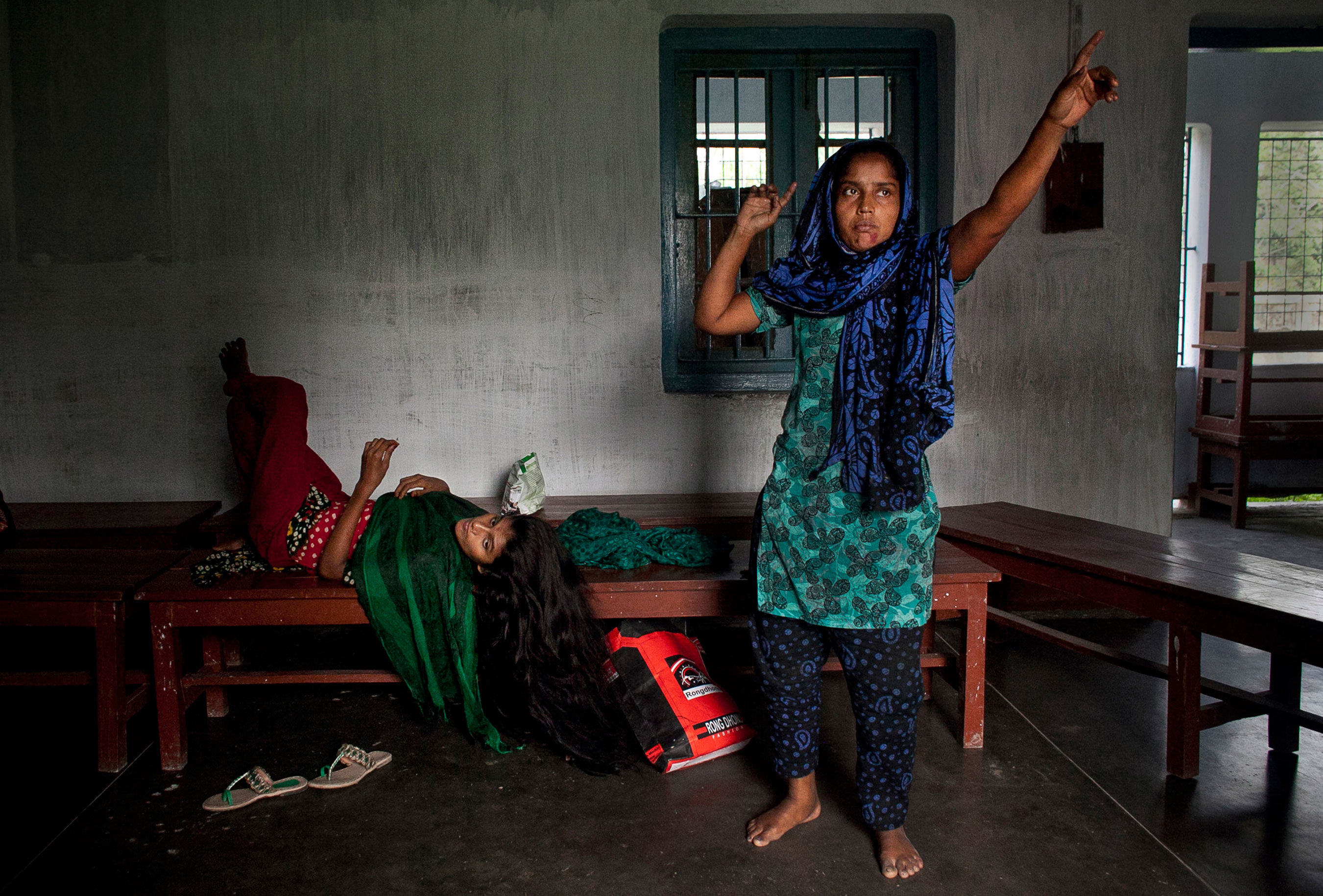 Cooper Neil: “Allison’s essay on mental health in Bangladesh provides powerful visuals to a story rarely spoken of, much less seen. With a population over 156 million people, Bangladesh is one of the ten largest countries in the world, yet they only have one specialised psychiatric hospital. With mental illness affecting as much as sixteen per cent of the population, most resort to religion, exorcists or restraints made from rope or chains out of desperation and lack of education. It was a hard story to gain access to and show the severity of the situation through images but Allison didn’t give up. The finished product is a testament of her hard work and commitment to social justice around the world.” 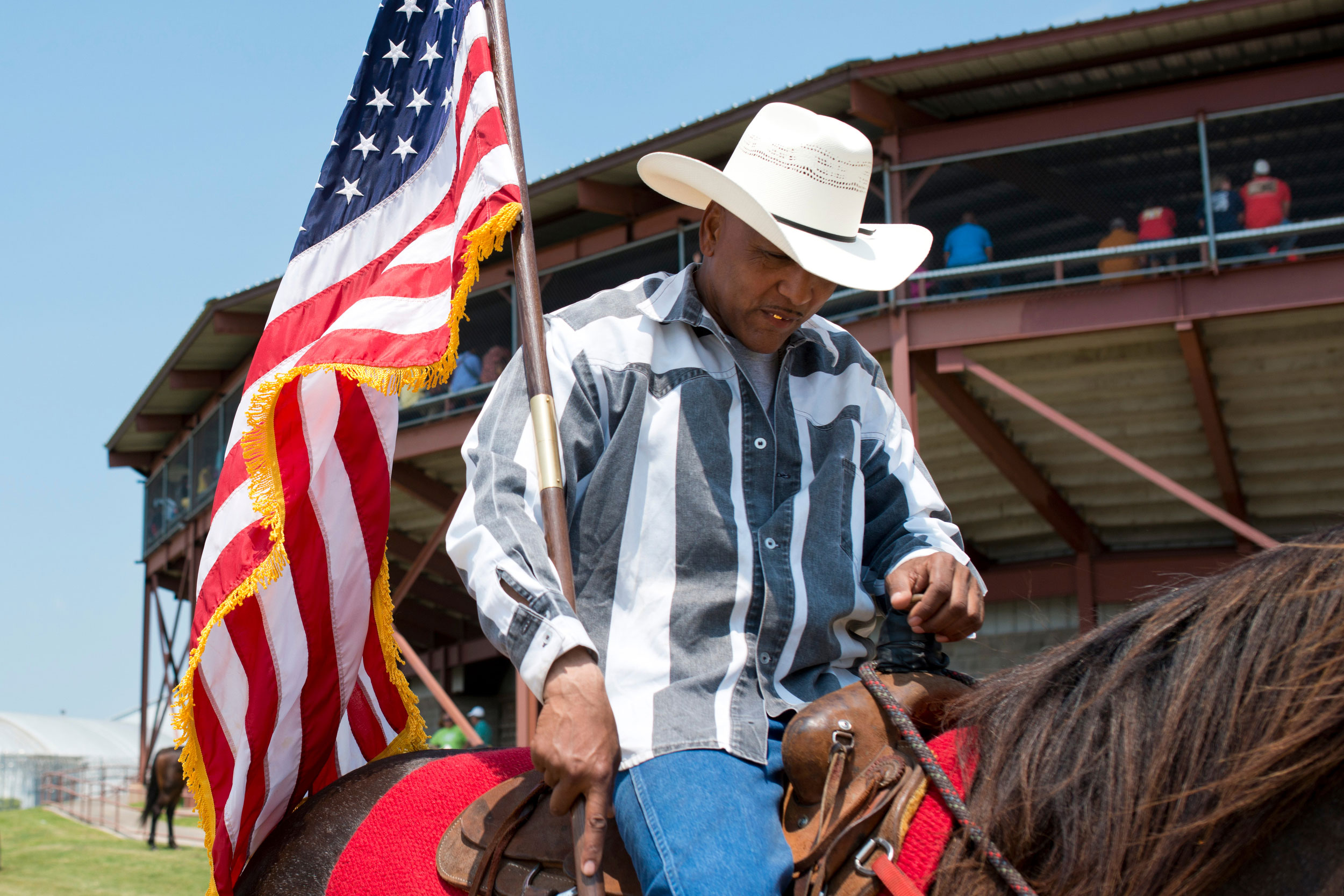 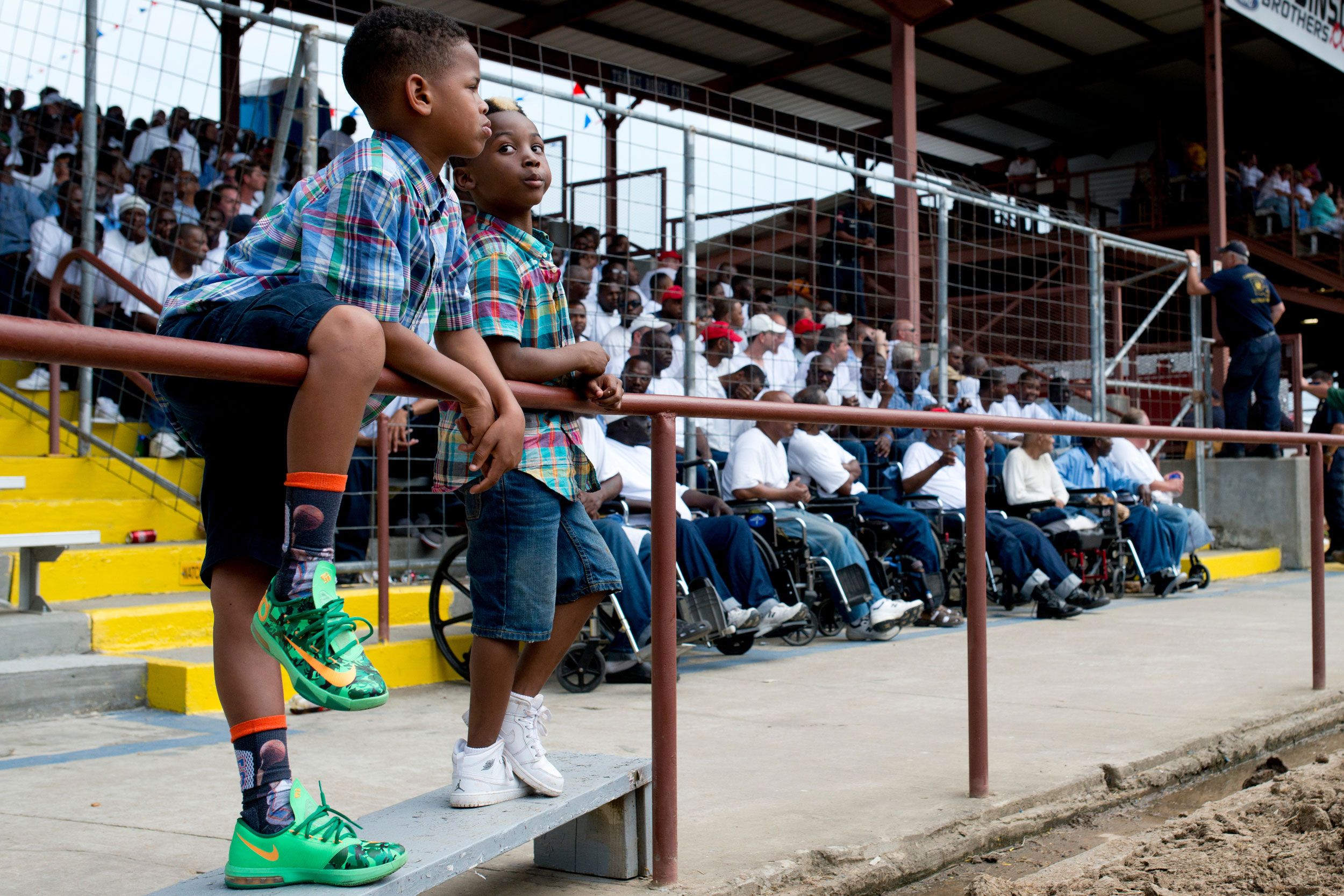 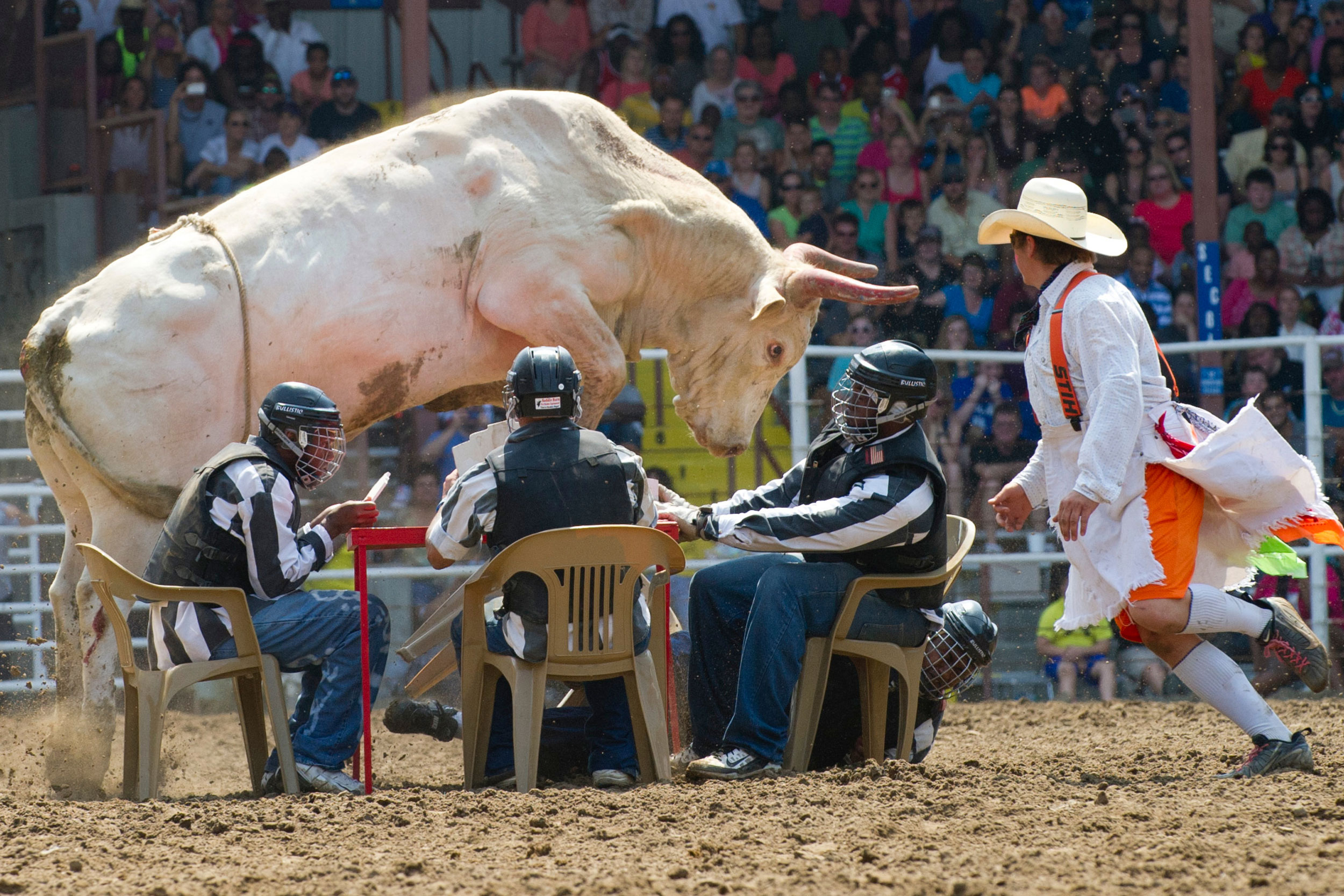 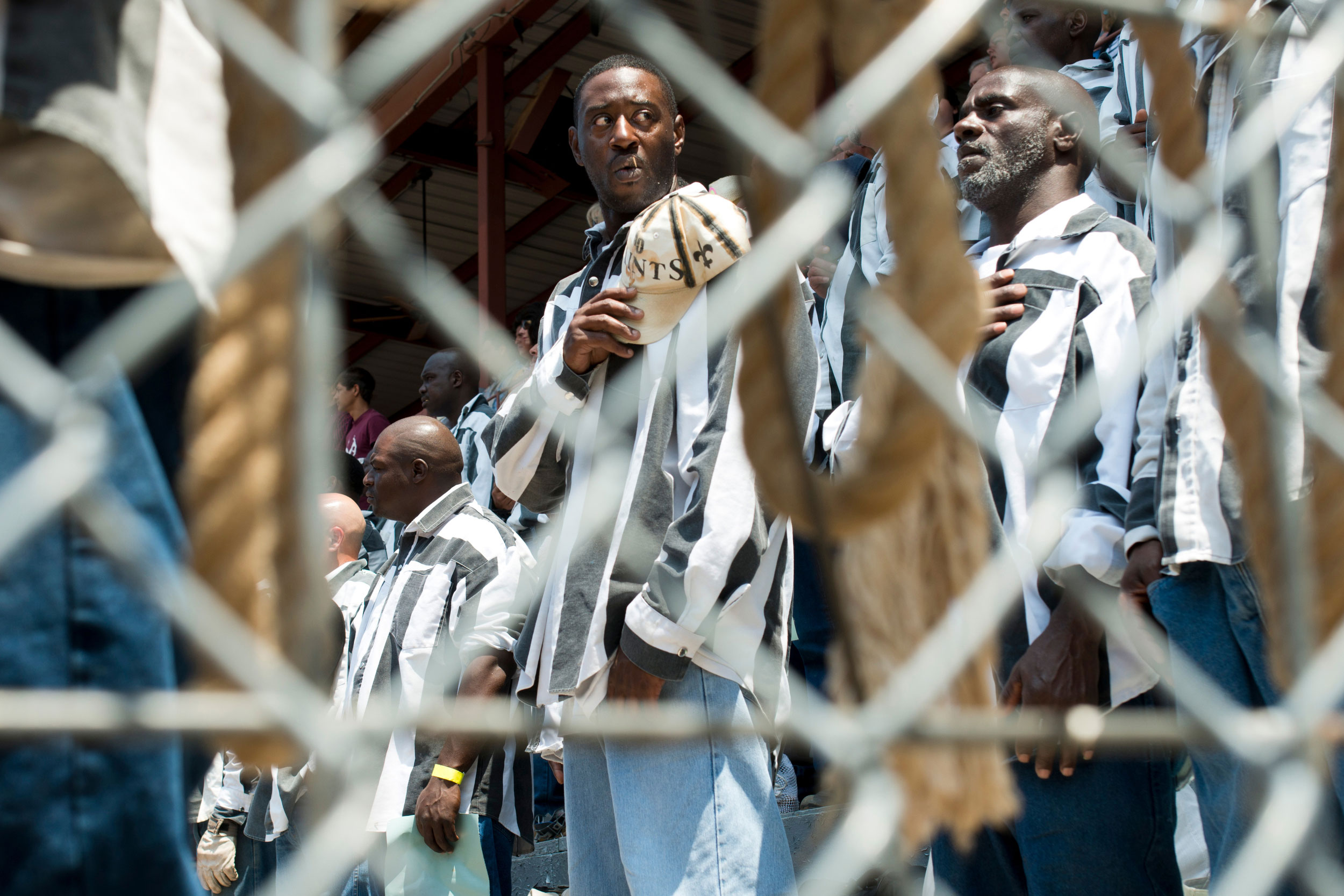 Allison Joyce: “Cooper’s photo essay about the Angola prison rodeo is a unique story about one of the most dangerous prisons in the United States. 2014 was the fiftieth anniversary of their annual rodeo, an event where 10,000 people come out to watch bullfighting, live music and more. Only the most-trusted inmates are allowed to participate, and they are free to mingle with their friends and family. The photos show a festive setting mixed with hardened-looking men in prison uniforms. It stands out from the prison photo essays that we usually see, and shows Cooper’s talent for finding stories off the beaten track in his own backyard.”

Kōan is the collaboration of six young journalists exploring both new and traditional means of communication and creating unique narratives – through text, photography and the moving image. Since this article was first published the collective have gained two new members – Charles Mosteller and Smita Sharma.

Huck‘s annual Documentary Photography Special will be out in September 2016.

Reddit
RELATED ARTICLES
OTHER ARTICLES
The city has changed immeasurably during the coronavirus crisis, with the future more uncertain than ever.
South American director Pablo Larraín discusses his new film Ema: an anarchic, dance-fuelled redemption story.
The US author reflects on the success of her genre-bending queer gothic memoir, In The Dreamhouse.
In the first instalment of a new series supporting locked-down artists, Miranda Smart shares how her work evokes the world outside her window.
Brazil’s former vice-presidential candidate Sonia Guajajara calls for urgent environmental action amid the existential threat posed by the coronavirus.
The New York rapper pushed hip hop into bold new realms. He lived through a dark time – but with one hand on the mic, he survived to tell the tale.