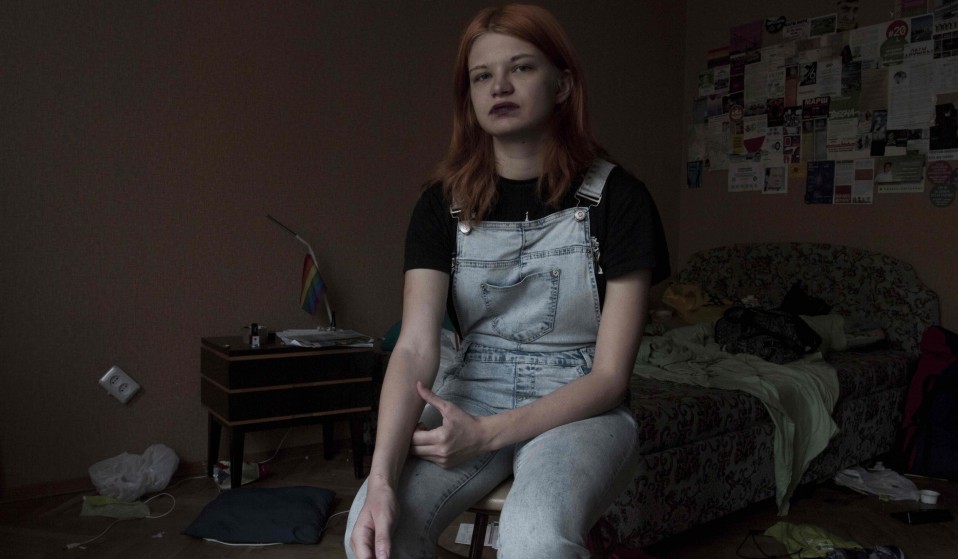 Photographer Sergey Nazarov meets the next generation of Russian changemakers: a fearless group of teens and 20-somethings taking a stand against corruption.

Photographer Sergey Nazarov meets the next generation of Russian changemakers: a fearless group of teens and 20-somethings taking a stand against corruption.

Last year, on March 26 and June 12, tens of thousands of Russians took to the streets to march against corruption in the country.

The demonstrations, which were organised by opposition politician leader Alexei Navalny, were held in approximately 100 Russian cities, with between 36,000 and 88,000 reportedly taking part in the protests.

Unlike the marches of 2012, which were a response to the flawed Russian election process, many of the participants in the 2017 demonstrations were younger: a combination of schoolchildren and students who were born under President Vladimir Putin’s current government.

This high youth turnout was heavily documented on social media, with many students conducting live broadcasts on Facebook and Periscope and published their own reports from the marches. On June 12, the final day of the protests, more than 1,700 people were detained in the country – many of these younger participants included.

So what exactly drove these students to take to the streets of their cities? What, and to whom, do they shout, and is anyone actually hearing them? We meet them to find out more about their fears, motivations and hopes for the future. 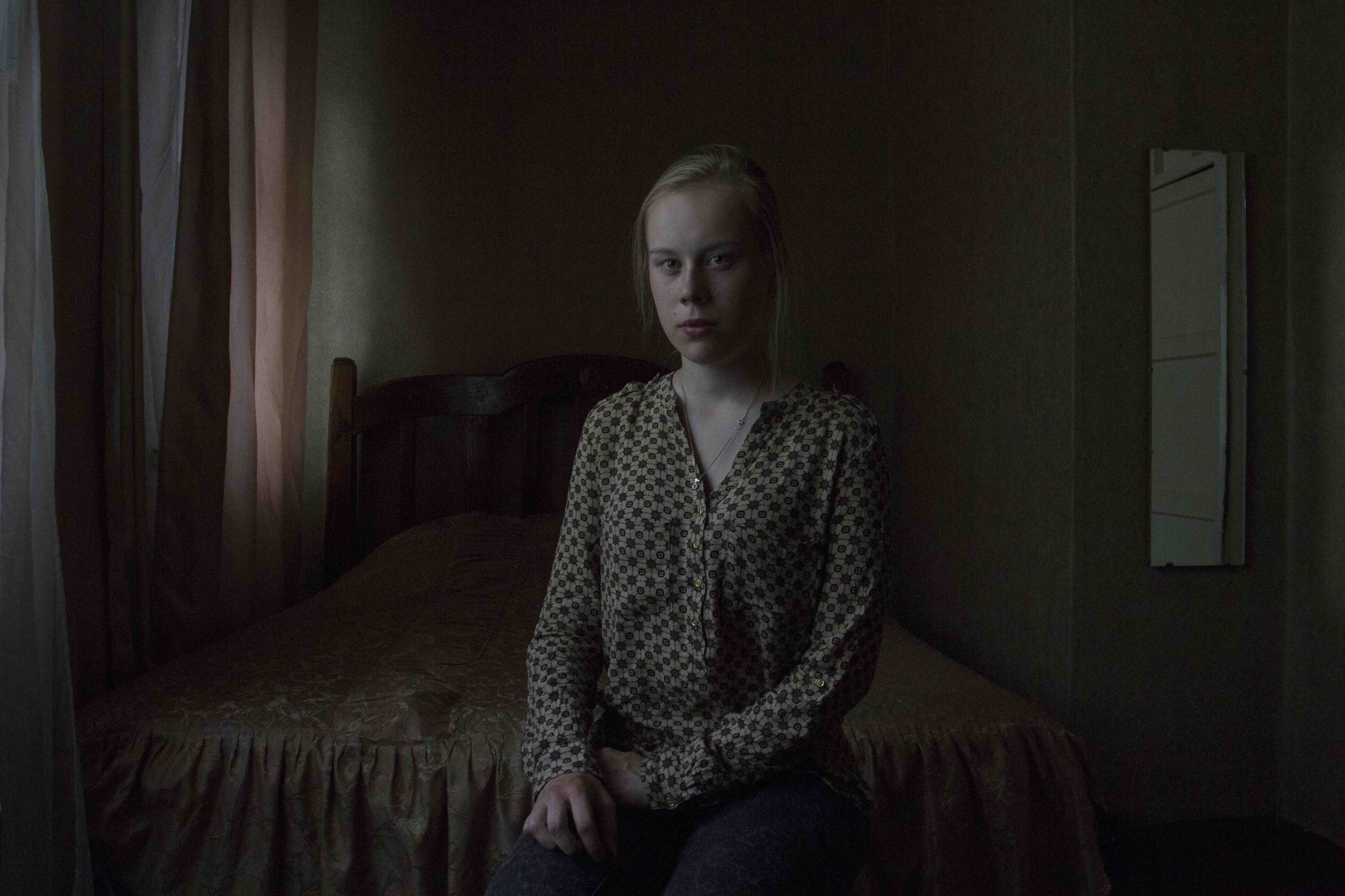 “I live in the city of Ivanovo. About two years ago, I became interested in politics and the events taking place in our country. Soon after, I started participating in protest actions. It probably started because of adolescence, and an internal sense of rebellion kicking in (though my parents also go to rallies, and they support me).

It’s noticeable how much the government spends on defence and the military when insufficient funding is being provided to finance and support science. I think that living only at the expense of natural resources in the 21st century is somewhat primitive.” 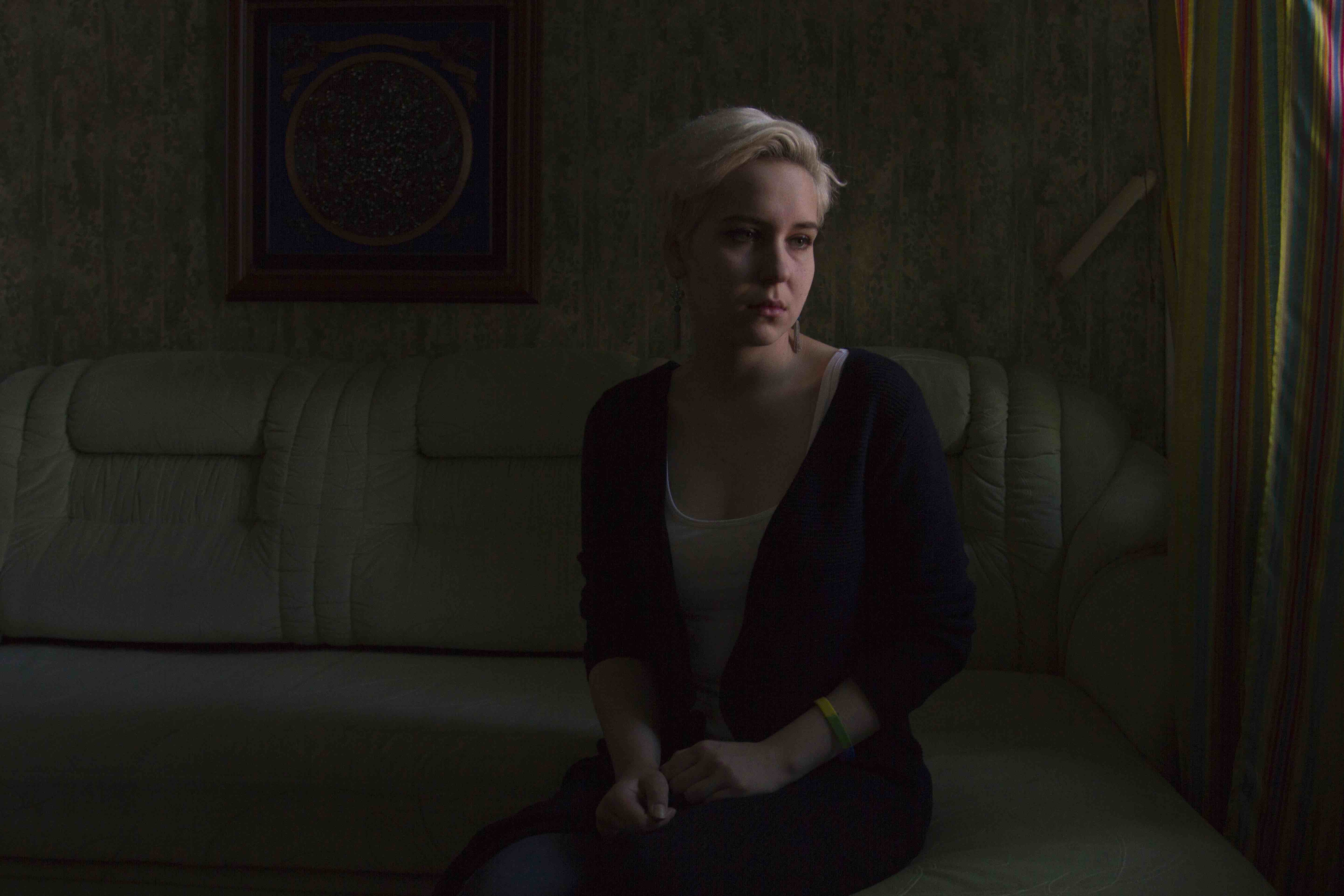 “I graduated from the University at the Faculty of Free Arts and Sciences. My protest activity began around 2014, when I visited the national assembly against the war in Ukraine. Before that, in 2012, I was just following the news – now I’m in an assistance group for detainees.

I actively participate in protest actions and solitary pickets; and advocate for freedom of assembly, the rights of LGBT people, and in support of Alexei Navalny. I am against the irremovability of power. On March 26, I was detained at the anti-corruption rally.” 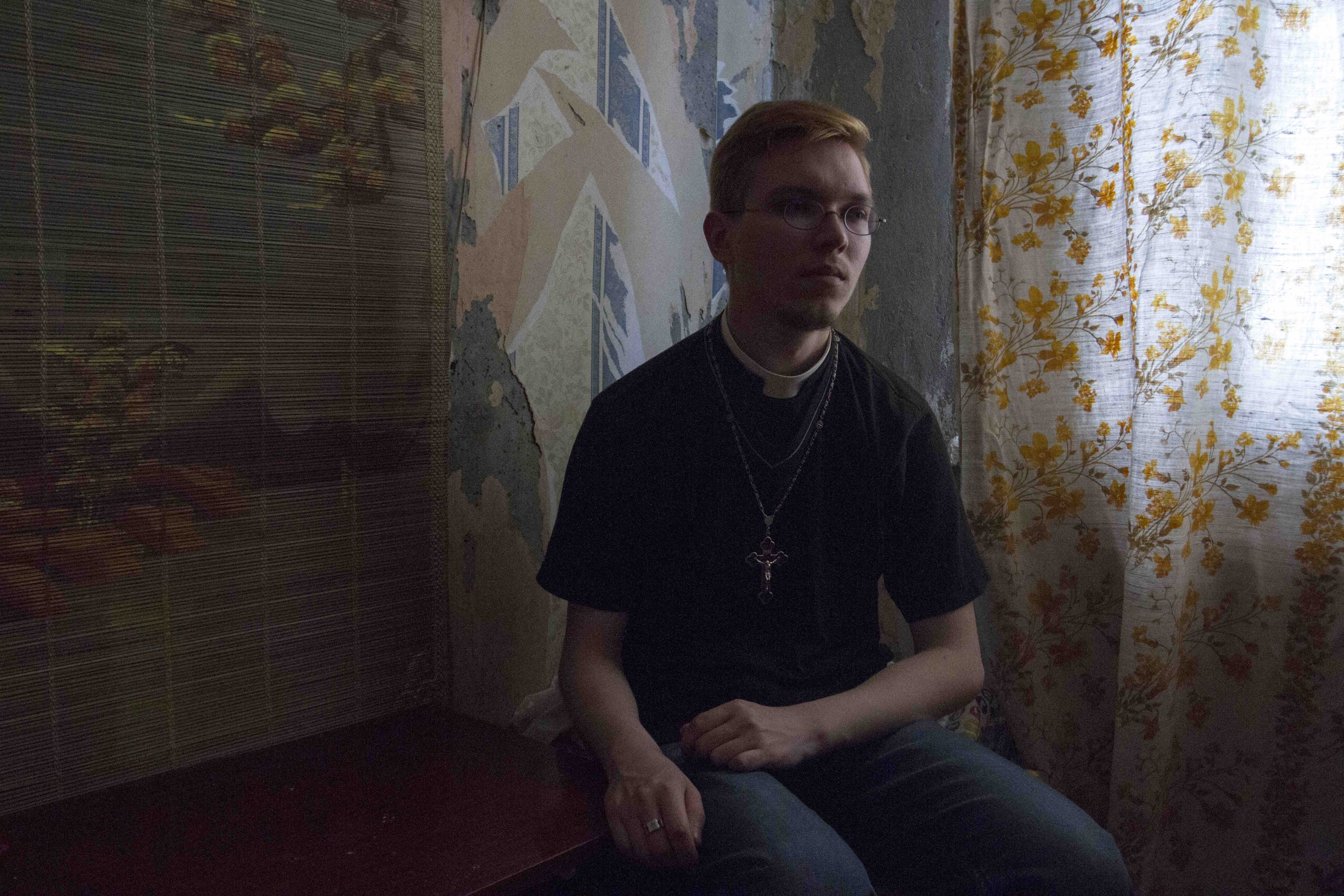 “I am a priest of the Association of Christian Eucharistic Communities. My hometown is industrial Mezhdurechensk.

I constantly participate both in rallies and in solitary pickets, and have been repeatedly detained. I am indignant at the laws here, particularly the ‘Yarovaya package’, which prohibits, among other things, missionary activity. The government spends a lot of its resources on wars and the military when it could direct them to education and healthcare.” 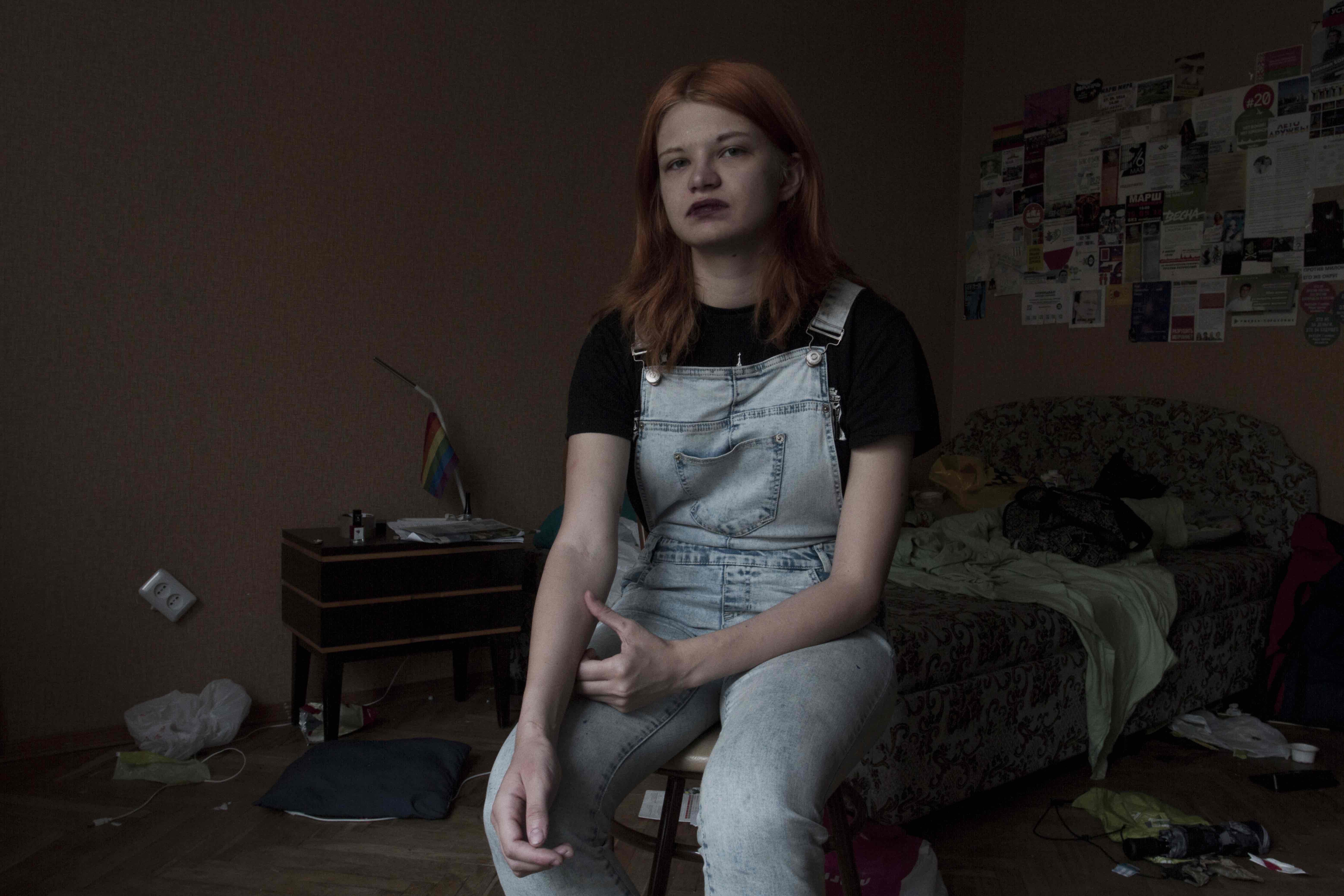 “I came to St. Petersburg from Murmansk in 2014. My protest activity was formed gradually. In 2012, when I was in the 9th grade, I basically watched what was happening on the Internet. Then, in 2013, I fell in love with my girlfriend and, of course, the homophobia in society has influenced my social activ

At the age of 17, my first bold step was to go to the rainbow flash mob, which was held in Murmansk. Before that, I was afraid to expose myself, because the city is small and my parents would know about it. Now parents are aware of my political activism and my detentions at protest actions. I wouldn’t say that they are enthusiastic, but they’re understanding. They’re more worried about my academic performance.” 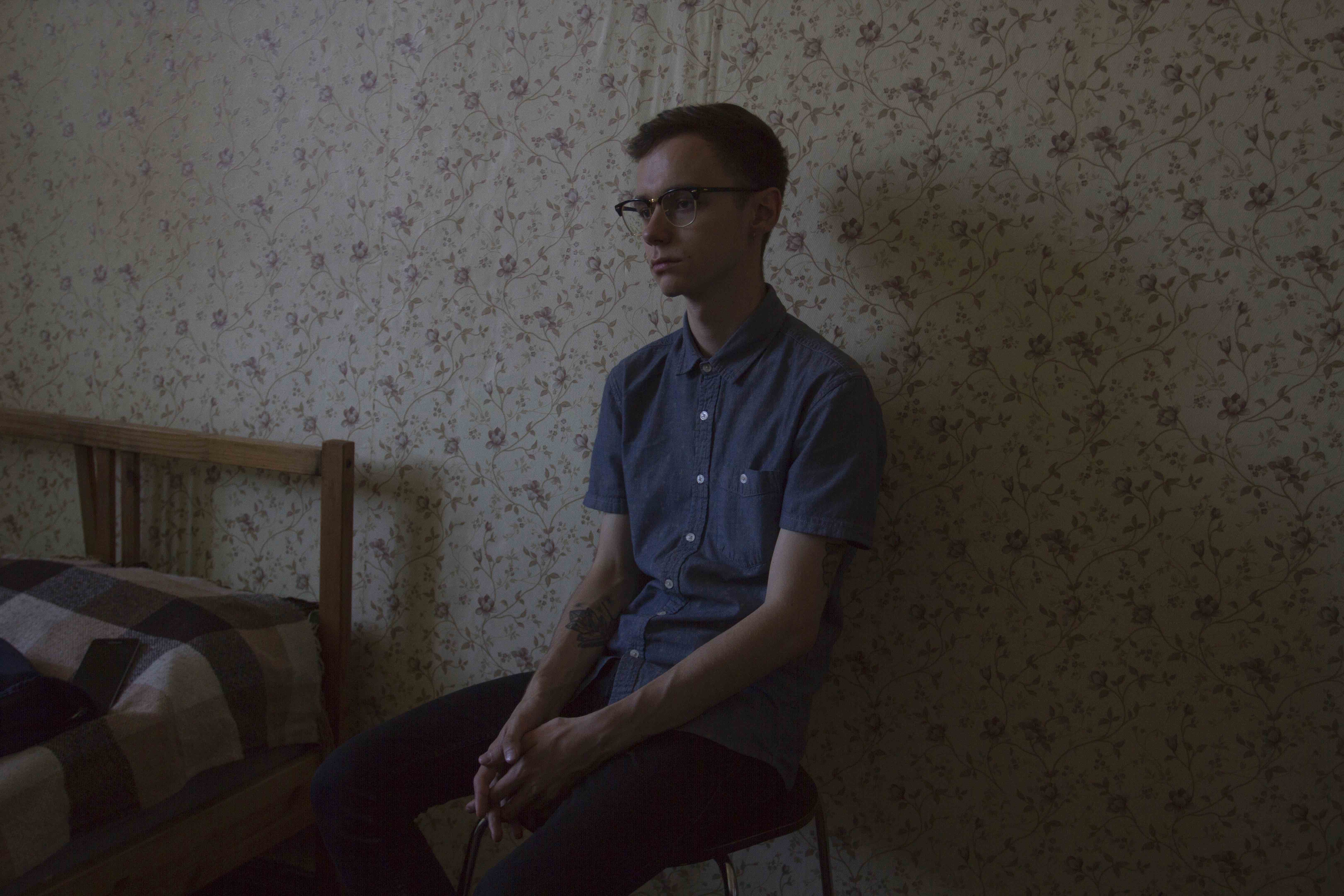 “I came to St. Petersburg from the city of Usinsk in 2014. Since then, I have actively participated in protest actions. After taking part in an anti-corruption protest in 2016, I was attacked by the administration, and soon I was expelled from the University of Trade Unions. I was also arrested during the June 20 rally.

I stand for freedom of assembly, always. I am against the irremovability of power, against corruption, and against aggressive foreign policy.” 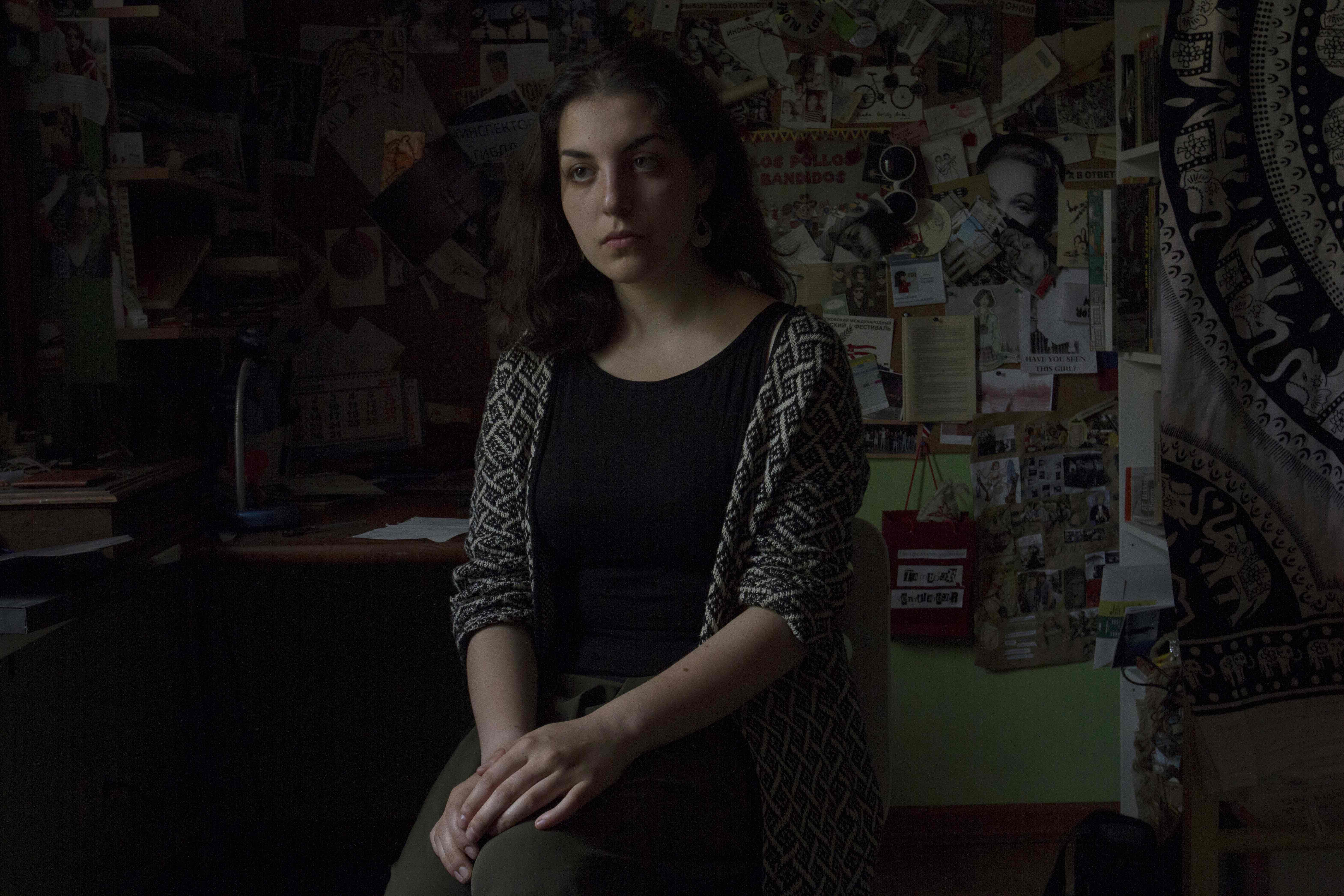 “I participated in the June 12 rally in Moscow. Irremovability of power, repression and pressure – especially on cultural figures – seems abnormal to me. I don’t think that anything will change dramatically in the near future, but I’m optimistic. That’s why we are taking the streets now to set a direction for change: we are young, and as long as we have nothing to lose, we are not afraid to go out and be heard.” 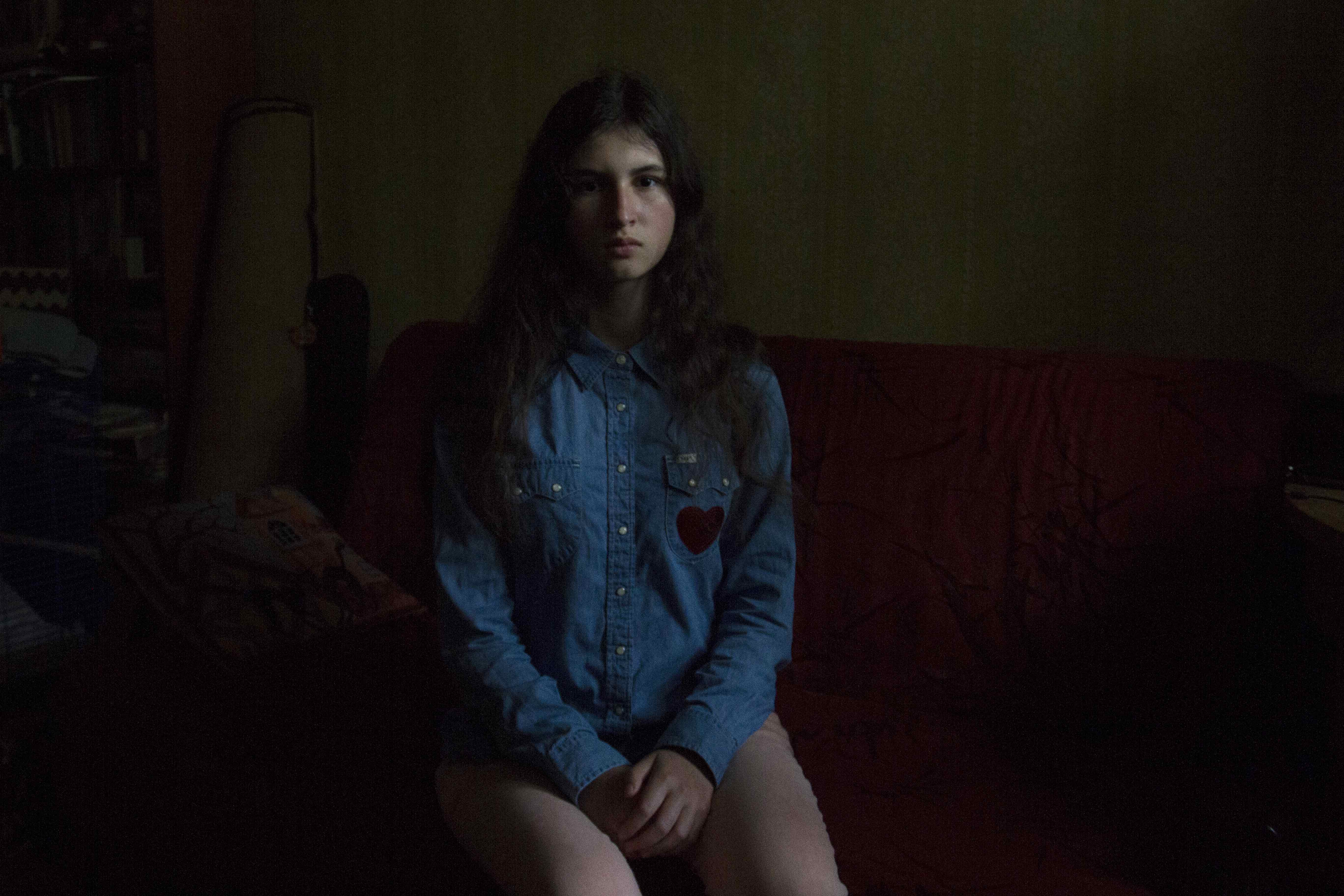 “I am a student at the University of St. Petersburg. My political views have formed relatively recently, from watching Foundation Against Corruption movies. I participated in both rallies last year.

I consider the low level of salaries and pensions to be abnormal, especially in a country like Russia which positions itself as a superpower! The recent protests were a way to draw the attention of the authorities to young people. As for the parents, my father supports me, my mother does not.” 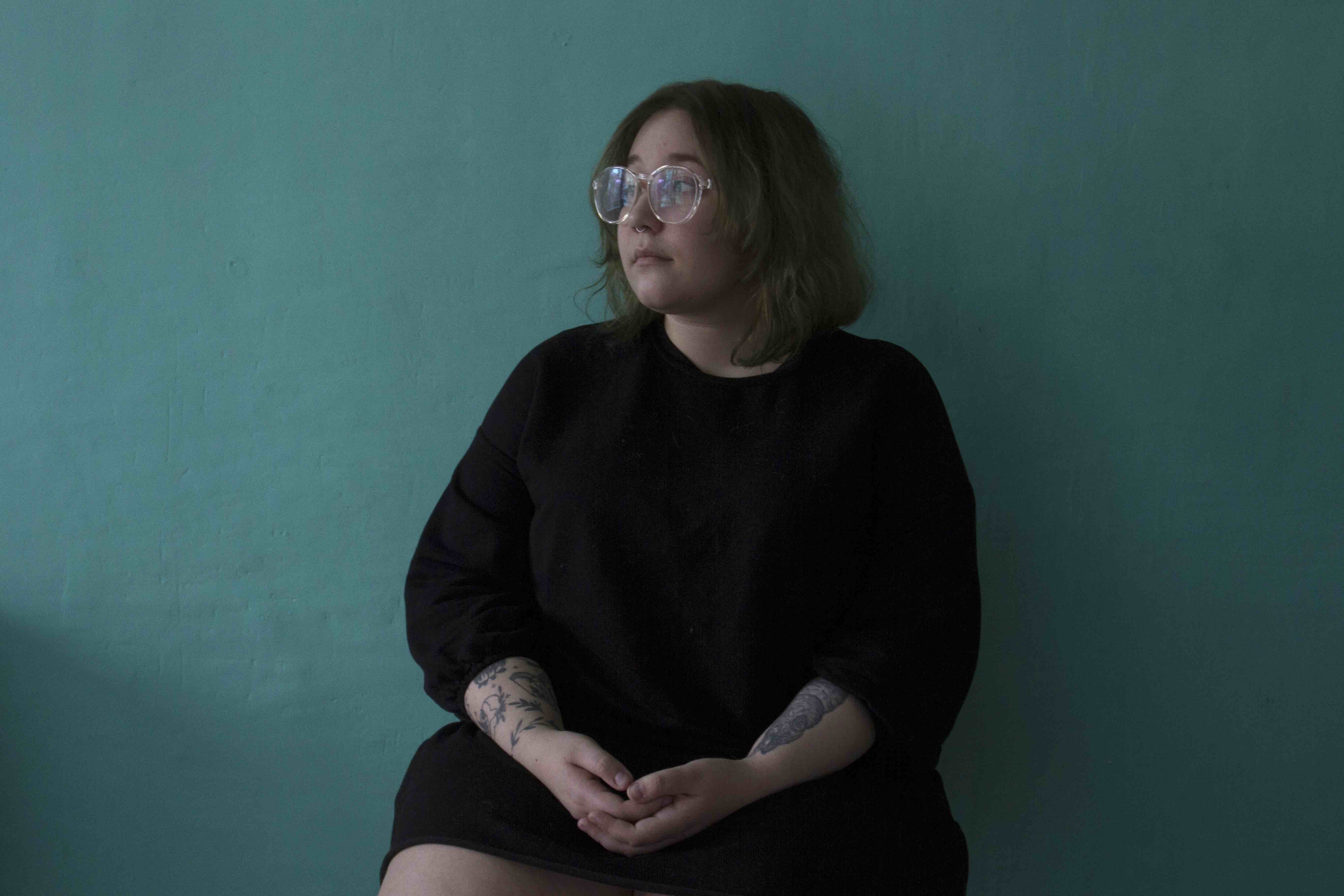 “I arrived in St. Petersburg in 2015 from the science city of Obninsk. In the future, I want to do science. I’m in love with math and programming.

I took part in the protest actions last year. I am also actively involved in the feminist movement. I can’t see how the state is working with young people, which affects the mood in society.” 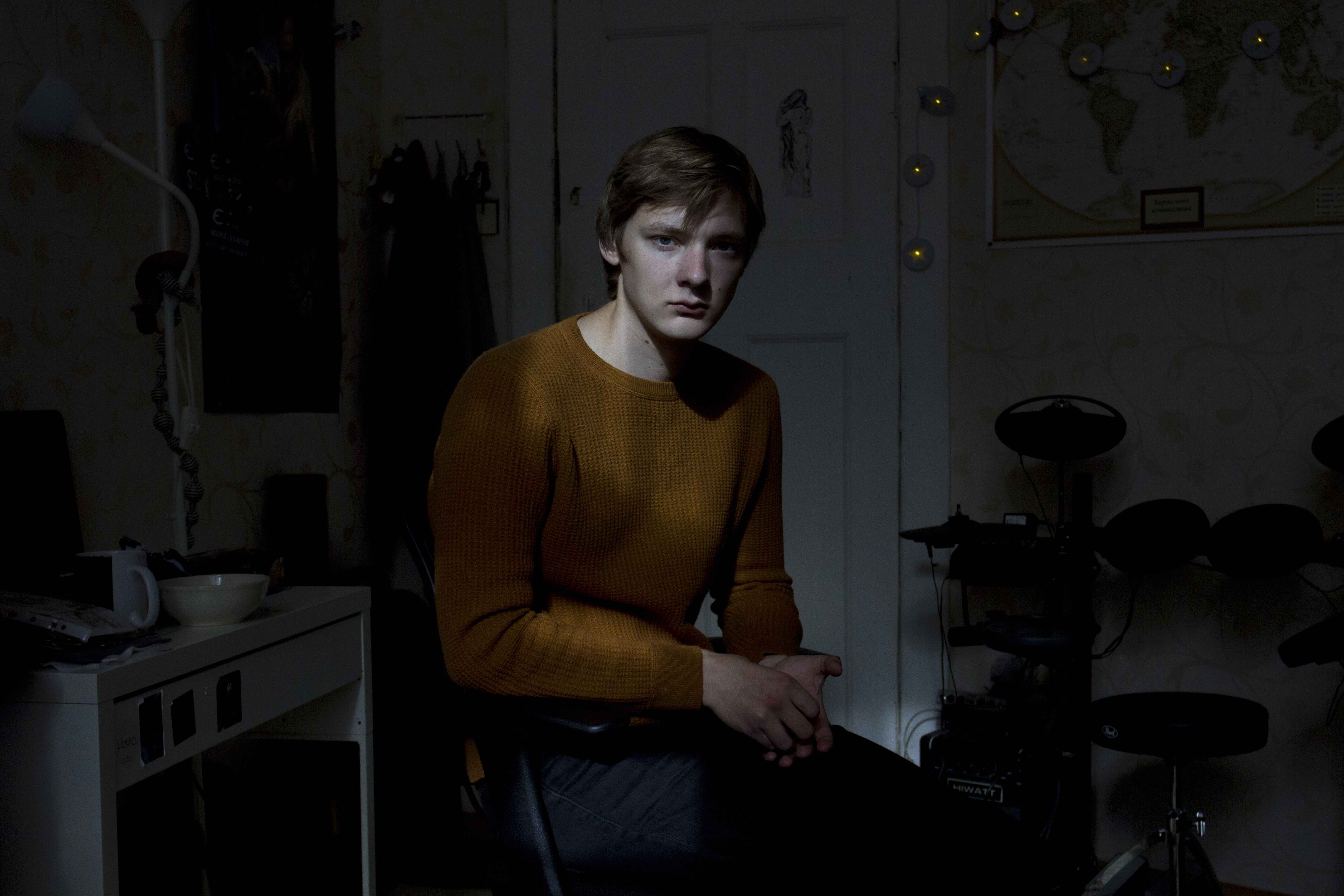 “I participated in the protest action on June 12, and was detained for seven days. I realised that the state was restricting the rights of the citizens: that there were growing levels of censorship, influence and control of cultural interests in the spheres of cinematography, music and the arts. I believe that we, young people, should actively participate in the political life of the country.”

Interviews have been edited for length and clarity.

Linkedin
RELATED ARTICLES
OTHER ARTICLES
Financial turmoil is pushing people who work in the sex industry into more dangerous and desperate situations as a means of survival.
The idea that a younger generation is abandoning work has become a popular narrative online, but it doesn’t necessarily reflect reality.
In his 2008 series, the photographer pictured himself as Angela Davis, Martin Luther King Jr., Malcolm X, and other prominent figures.
Following the announcement of an 80% hike in the energy price cap from 1st October, crowds gathered outside the offices of energy regulator Ofgem to protest and declare their intention to undertake a payment strike.
A group of young Palestinians have found temporary freedom in the act of parkour, reimagining wreckage and ruins as a series of high-octane playgrounds.
Ahead of the release of their first collaborative album, the producer and rapper talk psychedelics and the state of UK hip hop.