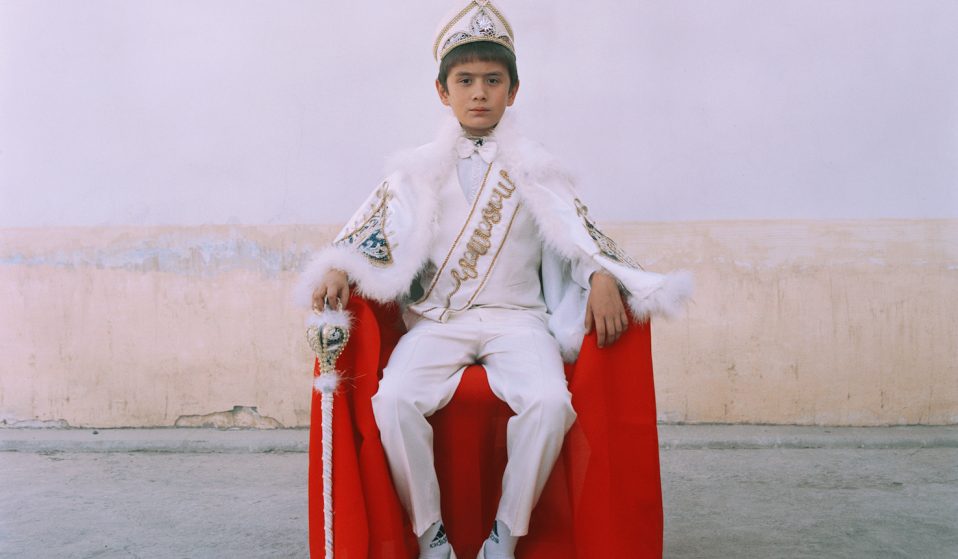 Photographer Hassan Kurbanbaev discusses his series documenting the Central Asian country, which aims to shed light on ordinary Uzbeks and to preserve something of the nation‘s rich history.

“An ordinary person who lives in Uzbekistan is rarely ever seen,” says 38-year-old photographer, Hassan Kurbanbaev, who has lived in Tashkent his entire life. “Even if you type ‘Uzbekistan’ into Google, all you’ll get are beautiful photos of traditional architecture. But we don’t really know the ordinary Uzbek. I want to take these portraits not just from an ethnographic point of view, but as an artist who can start evoking questions about who we are as a people. It’s a simple and perhaps a naive idea, but one that gives me a lot of energy.”

Kurbanbaev is determined to tell the story of the double-landlocked Central Asian country. In his ongoing series Portrait of Uzbekistan, the photographer captures the essence of rural Uzbekistan as he travels through the Samarkand, Karakalpak and the Navoi regions with his working partner, Mikhail Kuzhel, who helps with production and casting. Though most of the photographs in the series are portraits, there are also poignant still lifes as well as expansive landscapes.

“Sometimes living in Tashkent (the capital), you feel like you’re torn away from the real Uzbekistan and your roots,” he says. “I decided that travelling through the country and taking people’s photos would help me understand my own identity too.” 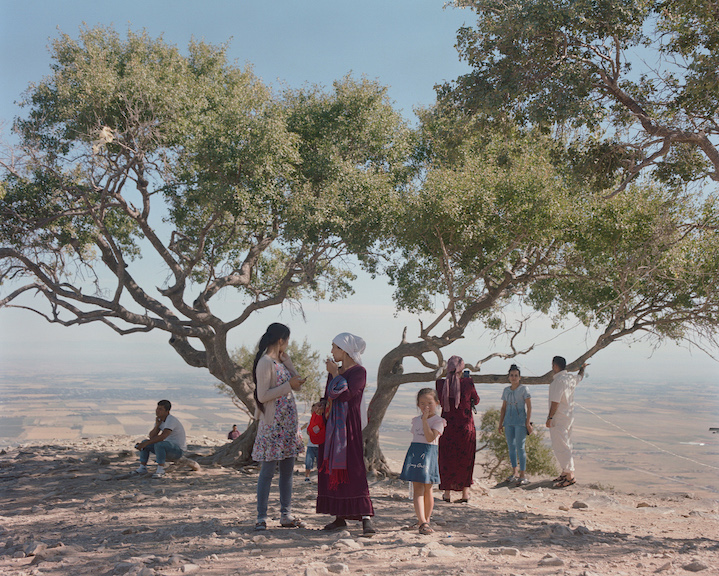 In Samarkand, the photographer ended up in Oksoy – a village so small, it doesn’t even exist on any maps. “The people were very open, inviting us into their houses and telling us what’s happening in their lives. [Under the previous regime] most young people from the village had fled to Russia as economic migrants, which explains why most of the residents are either women, children or the elderly. There are thousands of villages like this, but this one really charmed us.” Kurbanbaev documents the country as it is, subtly highlighting people’s material conditions that have come to shape their everyday lives.

During his journey through rural Uzbekistan, the photographer observed the vast differences in the lives led in the regions and the city centres. “The ecological situation in some places isn’t good,” he says. “We went to Karakalpak to a little town next to the Aral Sea and just being there for a few days you start feeling unwell. I have pre-existing health issues, so whenever you go to places where there are dust storms, you start understanding how people are living day-to-day.”

Kurbanbaev also set out to archive the subtle cultural differences between the ten ethnic groups that inhabit the country. “In Samarkand for example, there are a lot more Tajiks, but they’re different to the ones in the north of the country.”

But why has the “real Uzbekistan” been hidden from view for so long? The previous government, under the leadership of Islam Karimov, failed to move away from the Soviet-era routine censorship of film, photography, art, music and other forms of self-expression, despite the country becoming an independent state in 1991. However, a new presidency formed in 2016 is attempting to change this bleak past. “The new government and their reforms have positively influenced the development of contemporary art in Uzbekistan,” Kurbanbaev says. Though people are still hesitant to explore their creative freedom due to such a long history of censorship, the photographer insists that “the time for self-expression is now”. 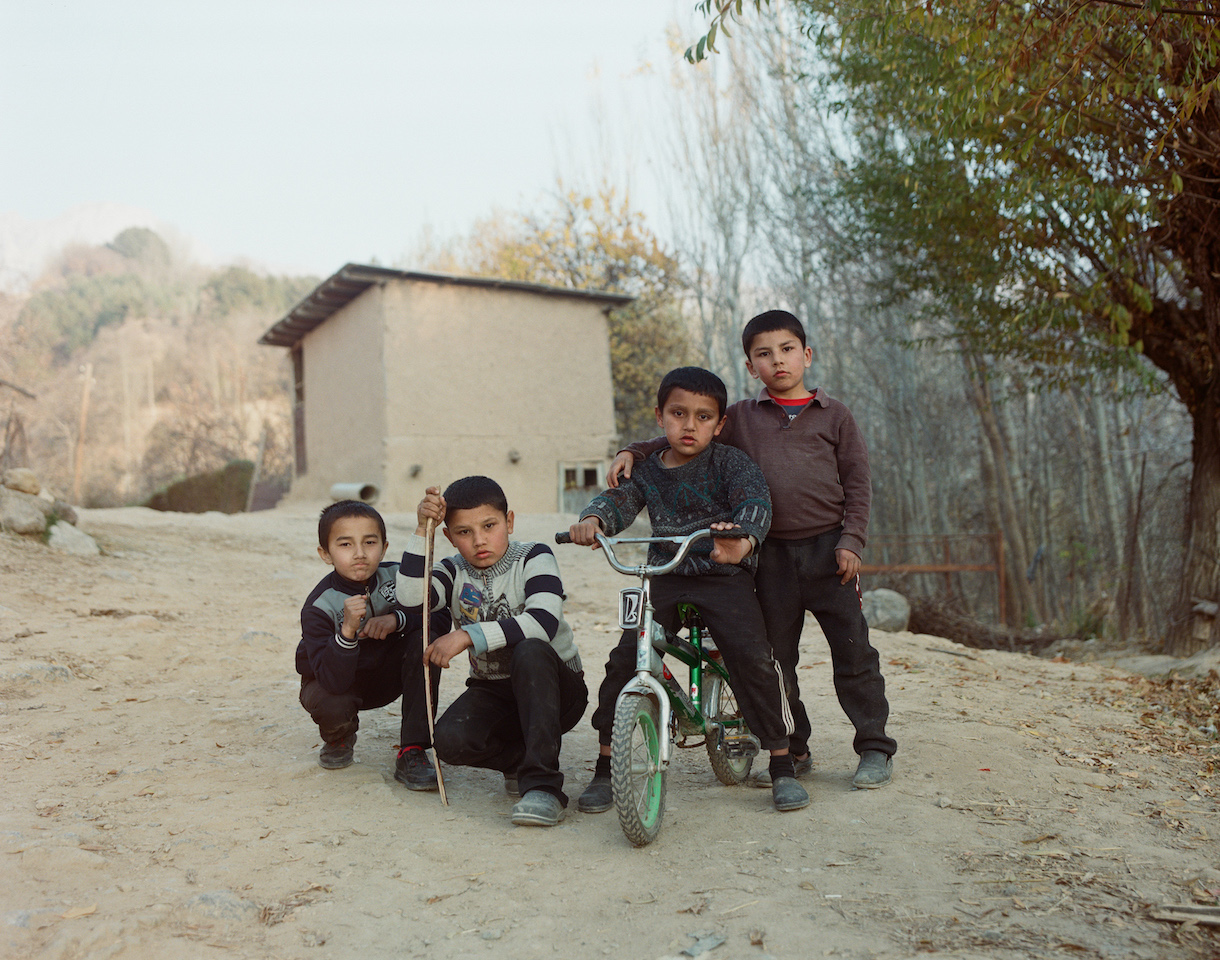 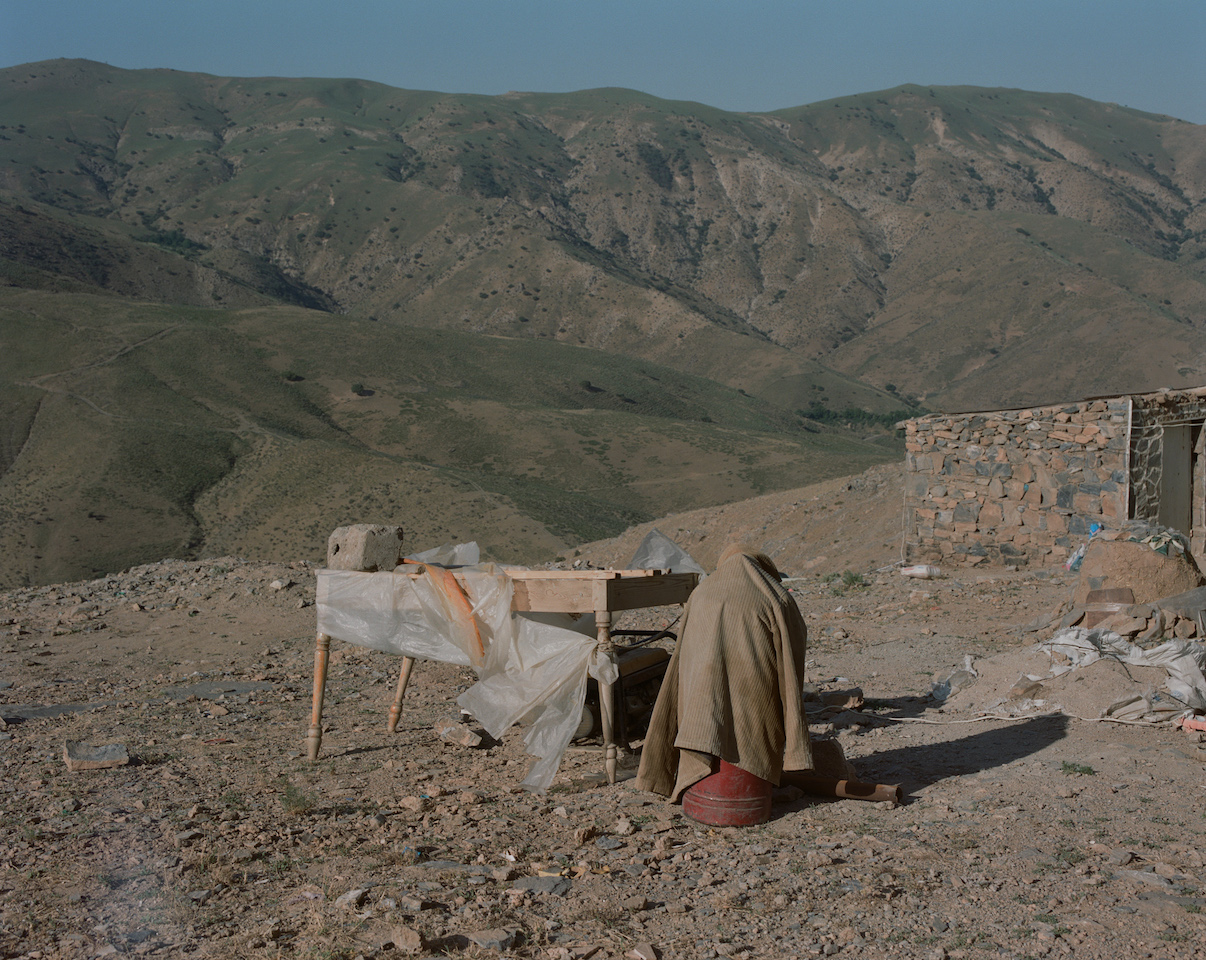 “In 2005, it felt like there wasn’t enough oxygen to feed the creative spirit in Uzbekistan. People were scared of showing themselves or showing their individuality or using their voice. This feeling has had a huge impact on our contemporary culture,” he continues.

It’s therefore unsurprising that the country’s photography scene is still in its nascent stages. “There aren’t many galleries or curators and so with their absence, photographers can’t really understand what to focus on in order to improve and further their practice,” Kurbanbaev says. “For many young photographers, the act itself is just a hobby. If they take photos today, tomorrow, they’ll realise that they can’t make money off of it or capture what it is they actually want to.”

Uzbek photographers aren’t hugely recognised within the country either: even more established names like Umida Ahmedova or Anzor Bukharsky are mainly celebrated internationally. “Someone recognised me from the radio once, but never as a photographer,” he jokes.

Thankfully, though, things are changing. Just last year, photographer Timur Karpov opened a contemporary gallery in Tashkent called 139 Documentary Center which has become an important place for the Uzbek photography scene. The new institution aims to support emerging talent and host important exhibitions. “Under Karimov, the creation of this centre wouldn’t have happened. Timur’s mother, Umida Ahmedova, was arrested for a film she made in 2010. The fact that their family has their own personal grounds and centre for photography is a great example of tangible change in the country.” 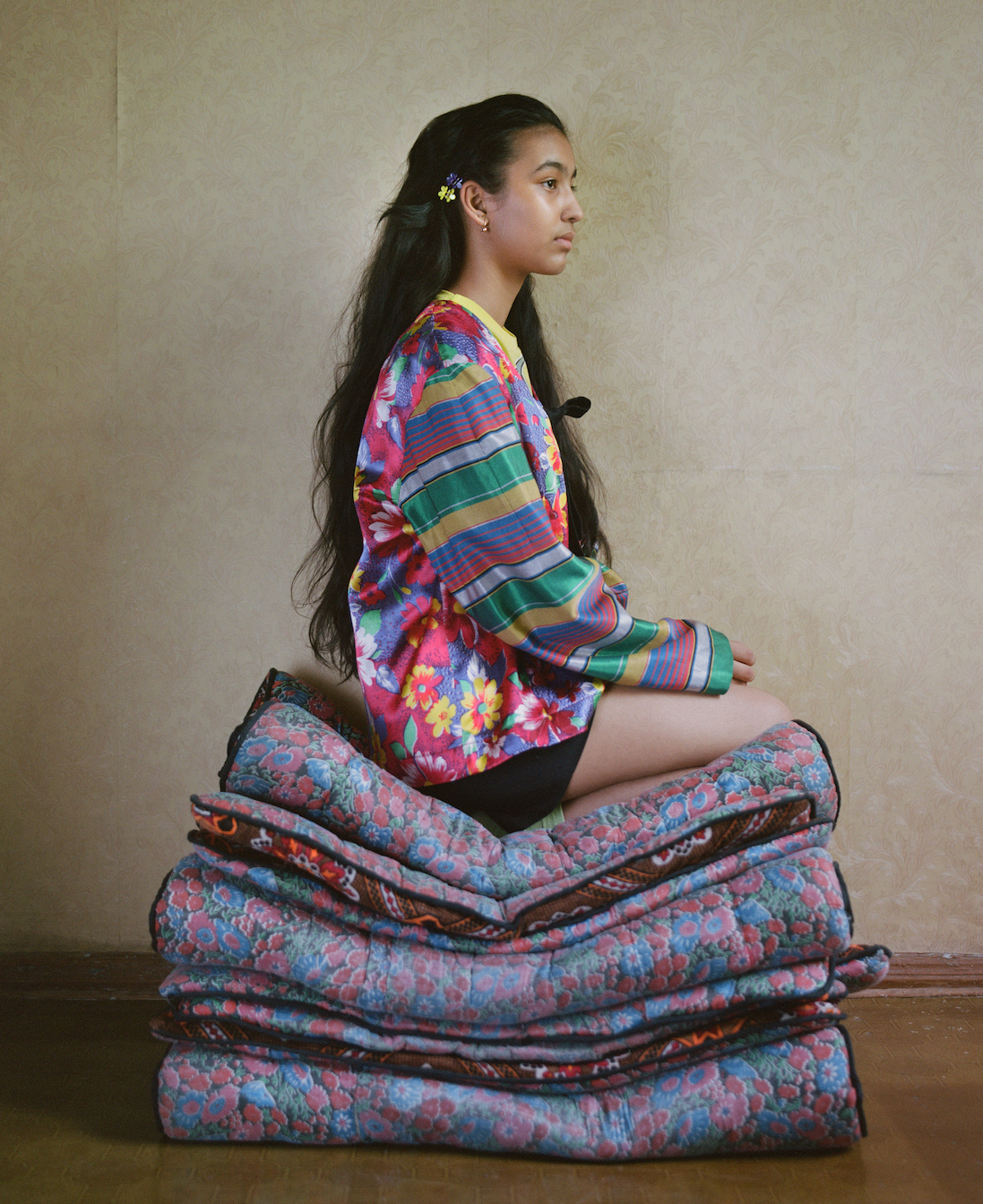 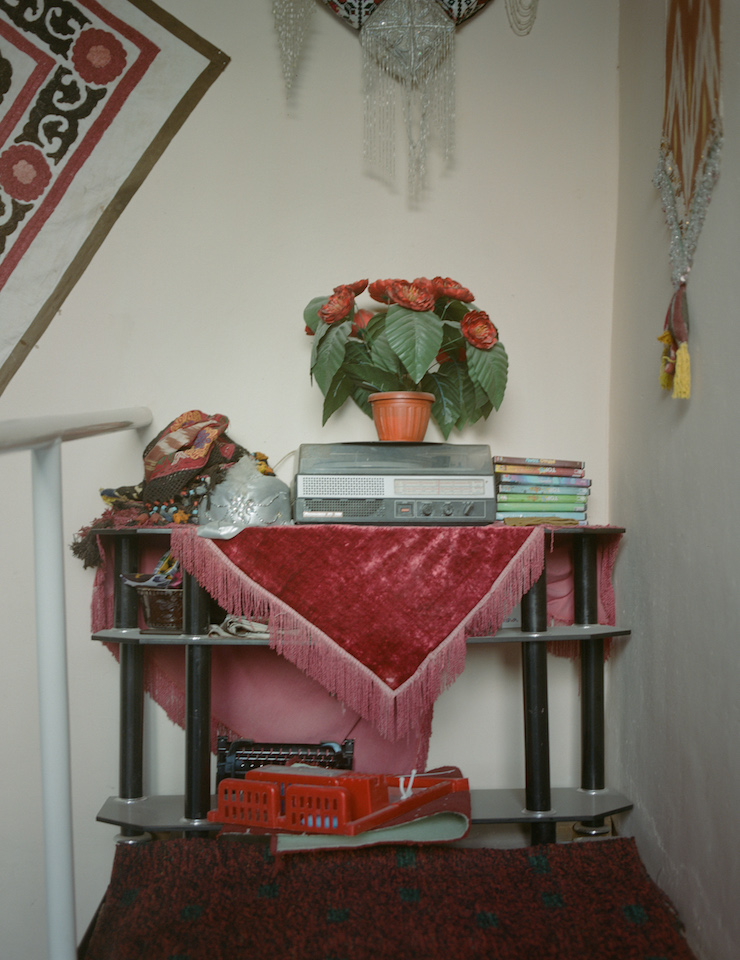 Another change can be observed in the attitude towards photographers. Before, taking photographs in public would often result in Tashkent police officers questioning Kurbanbaev, and asking for his documentation. “Now the situation is so much better,” he explains. “You can take photos anywhere with no problems. This freedom in documenting whatever I want motivates me to take more and more photos.”

Along with exploring themes around identity, Portrait of Uzbekistan also seeks to document rural parts of the country for historical purposes. “It’s really important that Uzbek artists get to speak about Uzbekistan. We want to capture this moment and what is possible in the future,” Kurbanbaev says. One of the photographer’s main concerns is the lack of Uzbek photography archives from modern times. “The biggest collection of photographs is from the beginning of the last century, which was before the USSR. Then there are some photos from the 30s and 40s, but there are very few of the late-Soviet and post-Soviet era. Most archives are either in private collections in Russia or America. We can’t get our hands on them but we can at least find them online.” 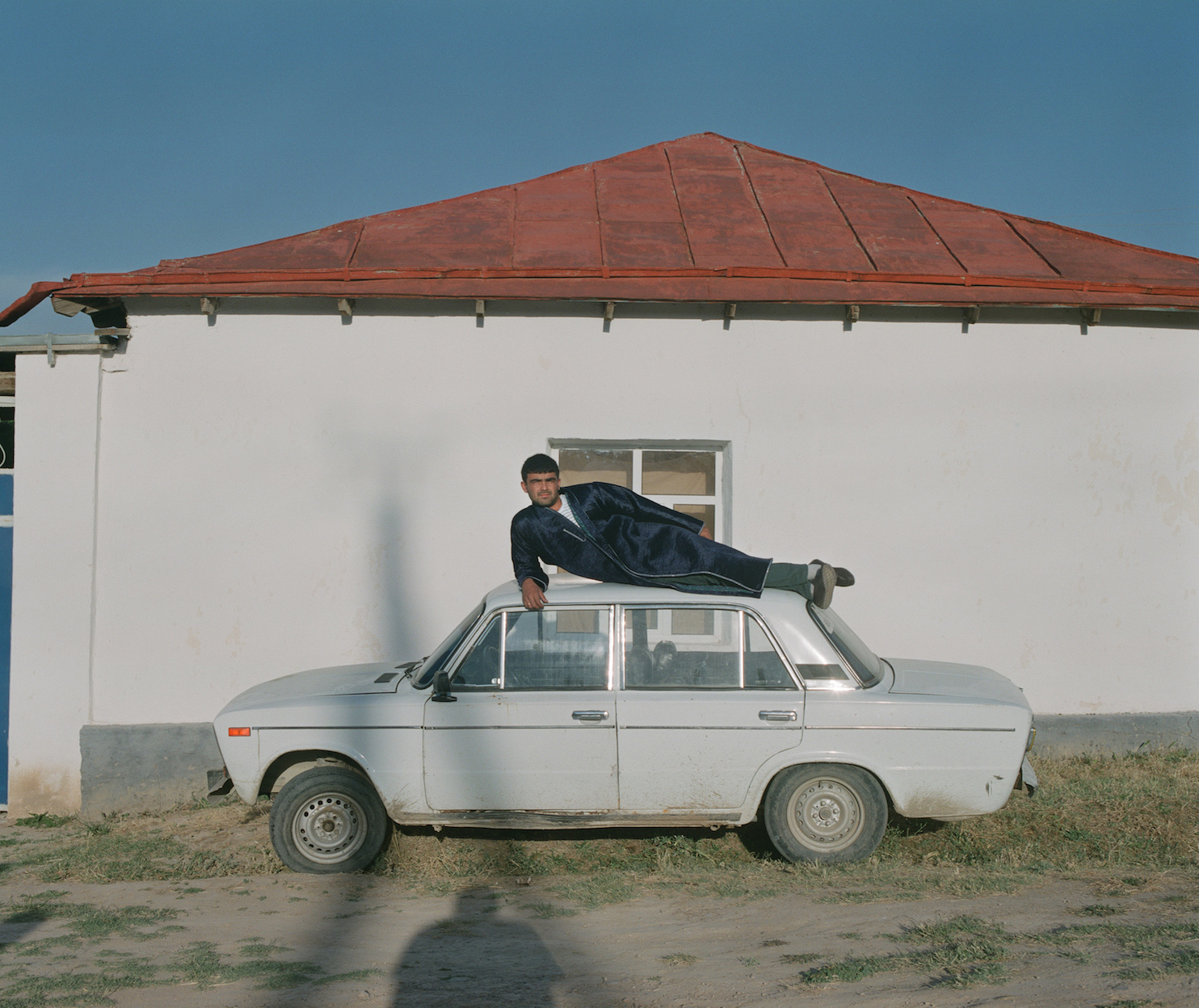 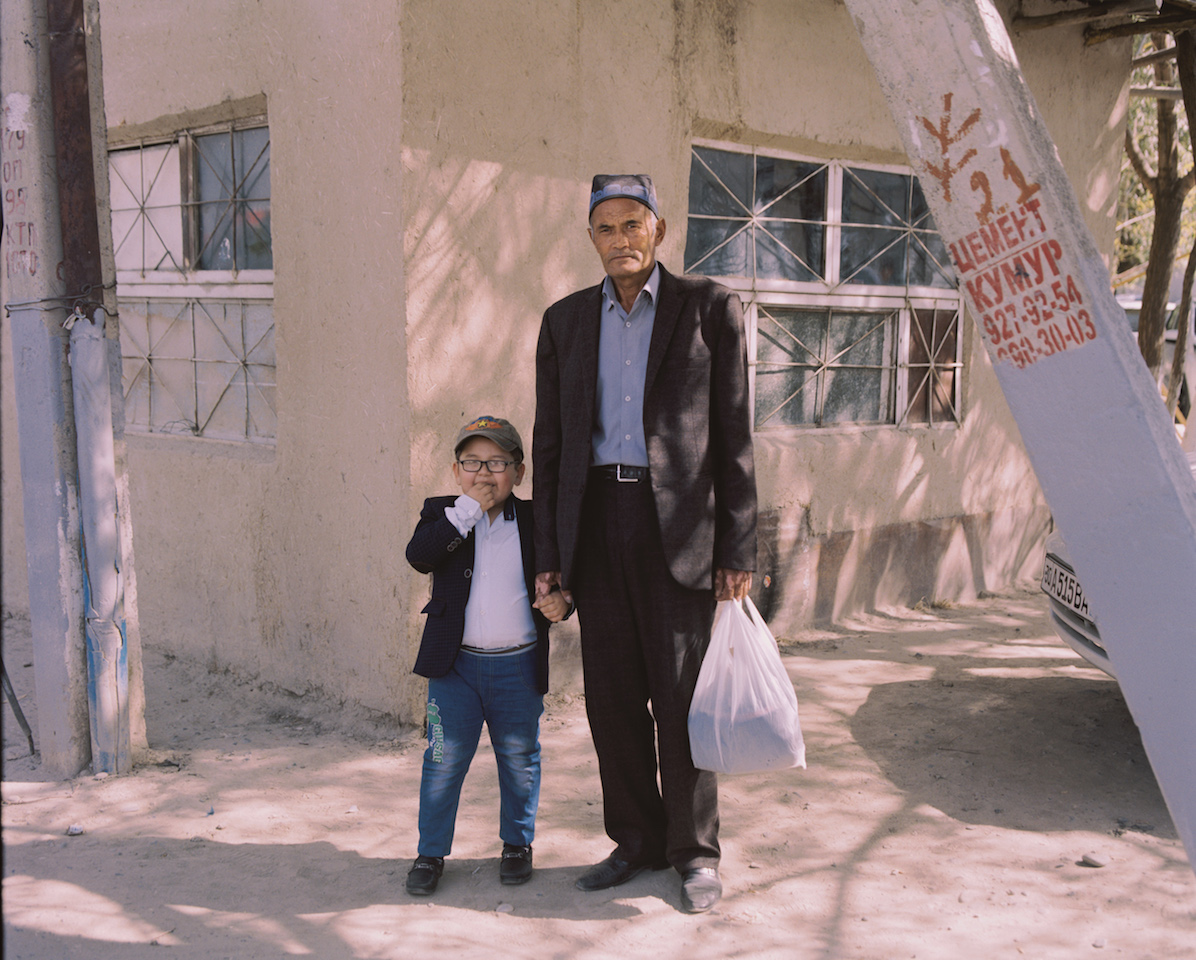 To combat this, the photographer often goes to large bazaars to buy archival photos from family albums. “We buy all of these photos. I don’t know who these people are but I think it’s cool that we can at least try to preserve their history.”

As Portrait of Uzbekistan keeps evolving, Kurbanbaev plans to take on new projects. The photographer will be working on a zine focusing on the cultural significance of the Uzbek bazaar – a continuation of the Logomania series, which received widespread international coverage earlier last year.

His main focus will be a series exploring how the Uzbek reforms have influenced society at large in the past five years. “In this time the local journalism scene has really evolved, and I don’t think there’s a way to reverse this social progress,” he says. “We’re seeing an emergence of a new creative class, how the social class is changing and how the approach to wealth and opulence has changed too. This is a moment you could explore from so many different points of view – especially visually.” 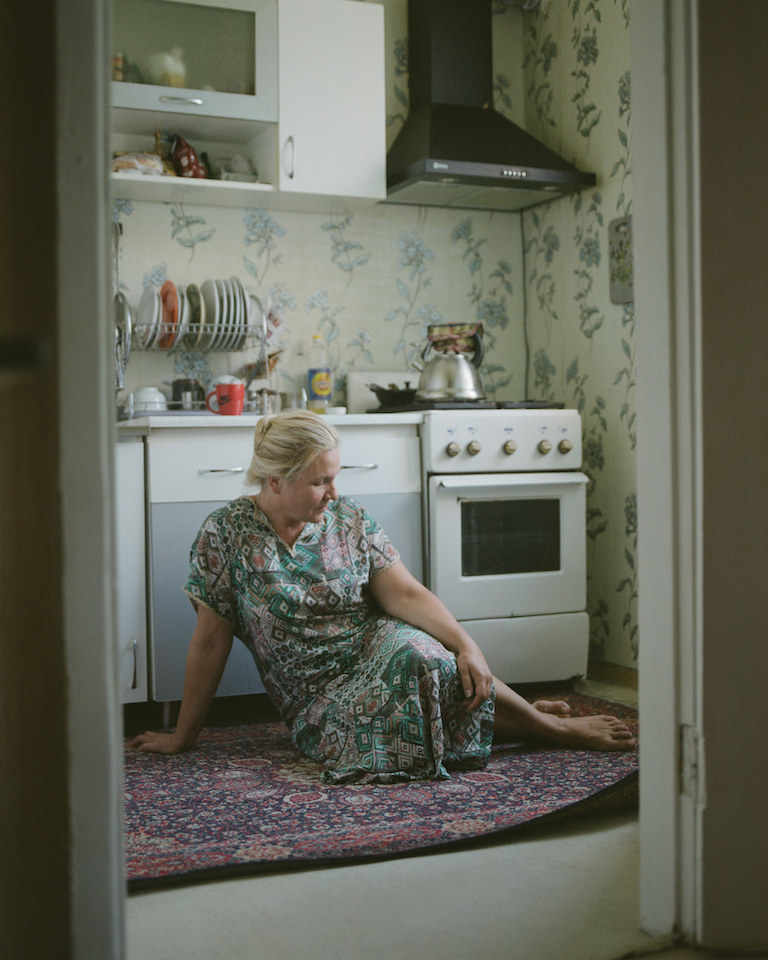 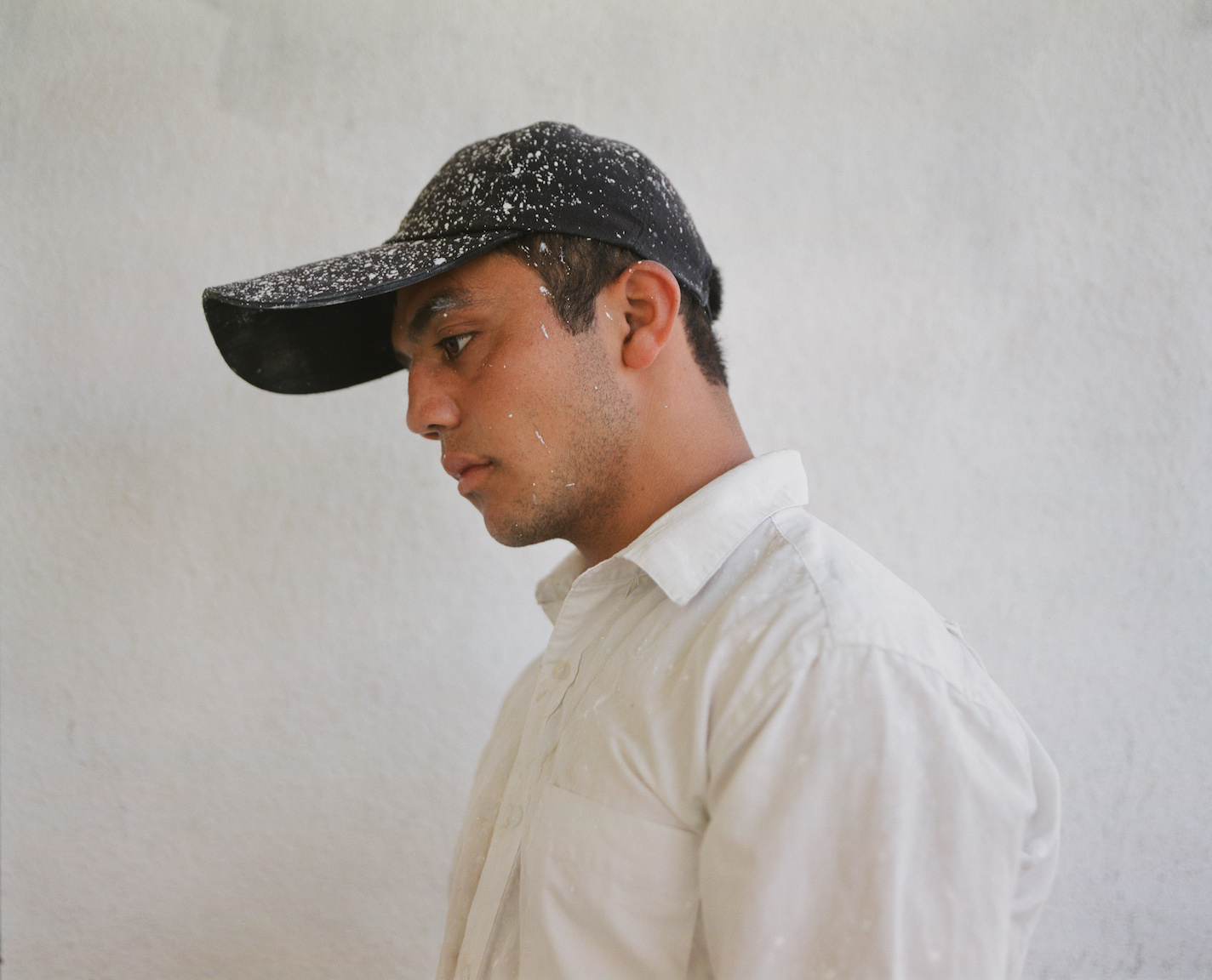 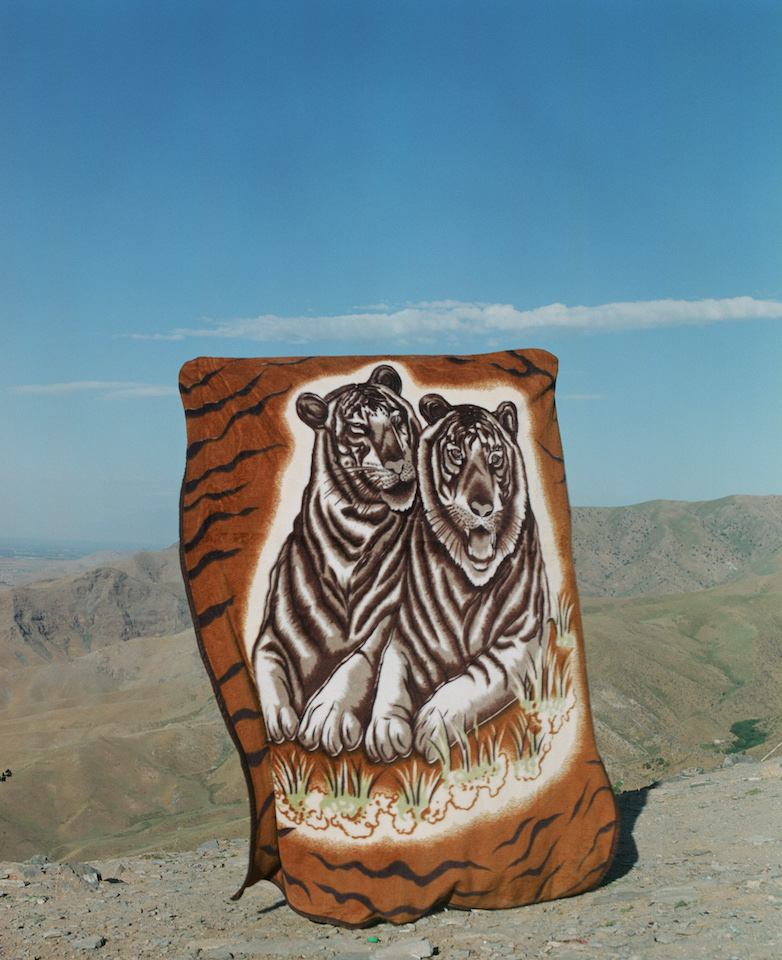 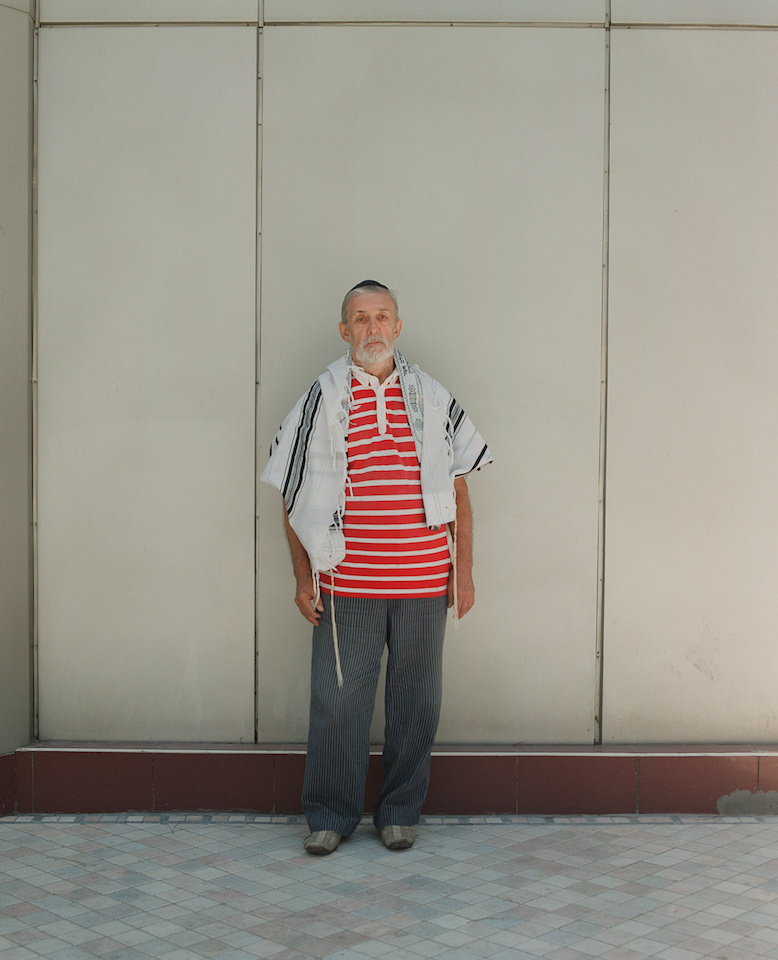 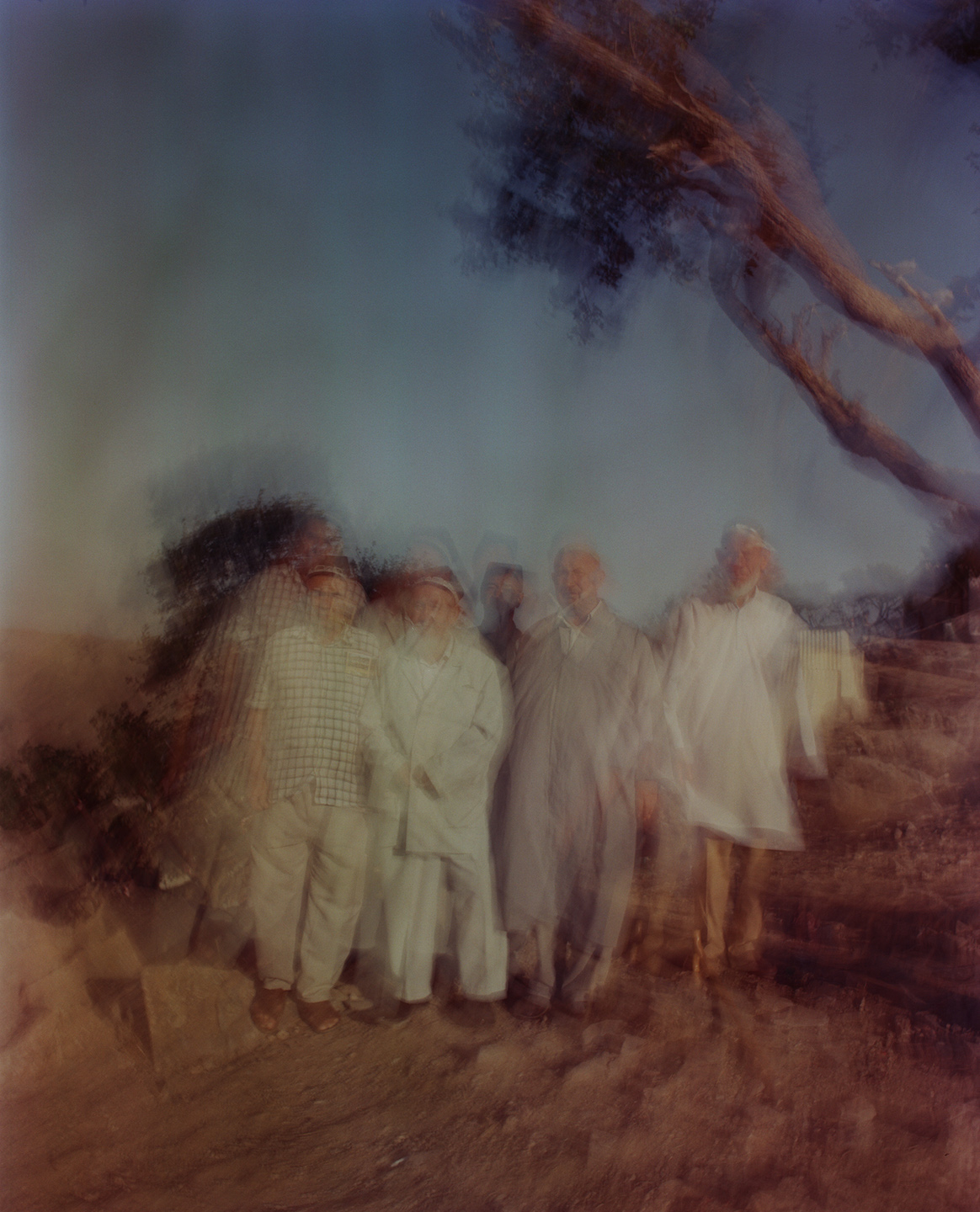 Linkedin
RELATED ARTICLES
OTHER ARTICLES
After fleeing the war in Ukraine, people are finding it impossible to secure affordable and decent housing in the UK.
Photographer Becky Tyrell went down to the fading banger and stock raceway to meet a community desperate to keep it alive.
After blocking the Scottish government’s gender recognition reform bill, Westminster is now devising further changes to the law to make it harder for trans people to self-identify.
Photographer Sean Maung reflects on documenting a small town in Pennsylvania afflicted by high levels of unemployment, poverty, violence, crime, and addiction.
Tristan O’Neill’s shots of dancers caught in moments of reverie at the height of rave’s golden age are a testament to the UK’s legendary club culture.
A new film from Berghaus traces the story of Adam Raja, who left behind a turbulent upbringing to discover the healing power of climbing.