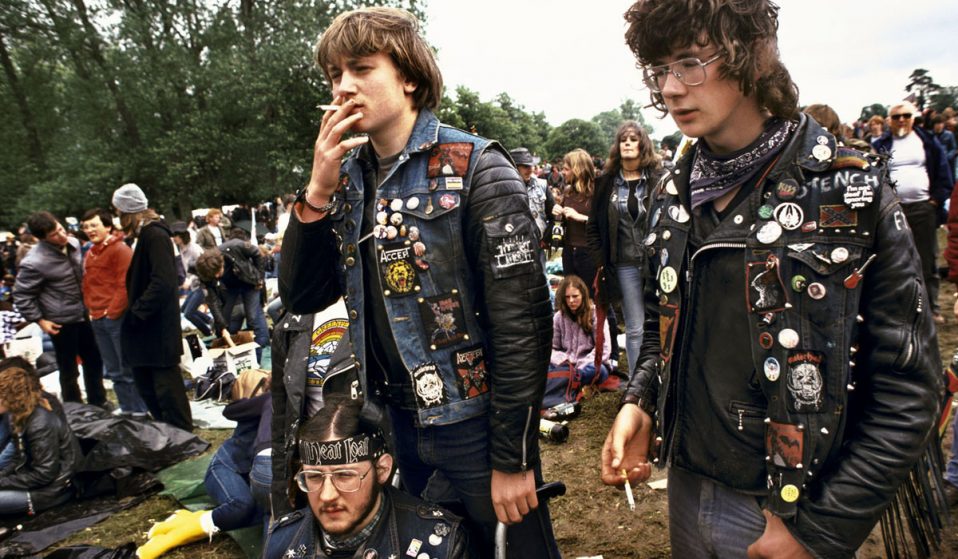 Barry Lewis discusses his new book, which brings together some of the photographer’s more quietly powerful images from 1975 to 2005 to celebrate the richness of a shared culture.

Barry Lewis discusses his new book, which brings together some of the photographer’s more quietly powerful images from 1975 to 2005 to celebrate the richness of a shared culture.

Brought up in a predominantly white, working-class suburb in South London in the 1950s and ‘60s, photographer Barry Lewis says that it was only when he reached his mid-teens that he began to connect with the country’s rich cultural diversity through music and clubbing.

After receiving a scholarship to study under master photographer Bill Brandt at the Royal College of Art, Lewis learned how to create photo essays – a skill he brought to bear in the flourishing world of glossy magazine publishing.

Following his graduation from the RCA in 1976, Lewis secured a one-year contract shooting for Vogue. “The art director, Terry Jones, liked my work, and, while understanding that I had no interest in fashion, encouraged me with portrait work. My first assignment was to photograph Andy Warhol!” Lewis joyously recalls. 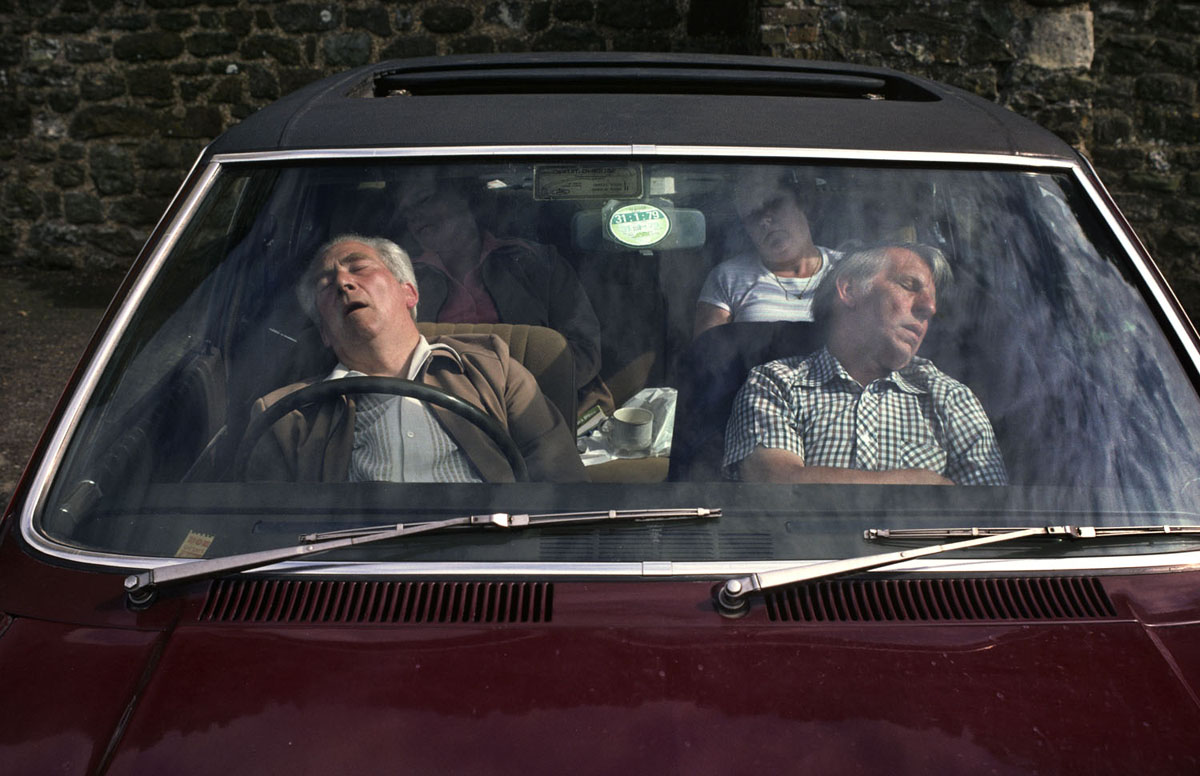 Two couples asleep in a car in a pub car park in the Peak District, Derbyshire, 1978 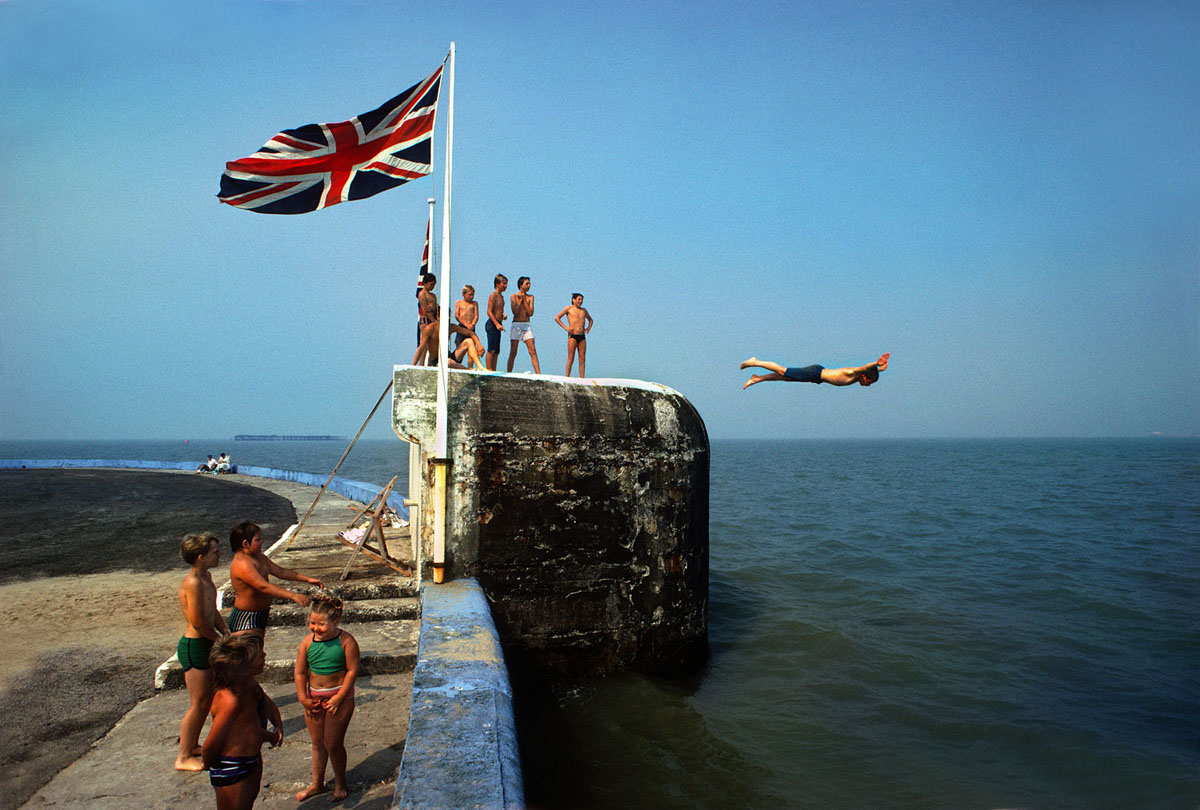 Although the weekly wage was only £10, the strength of the Vogue name helped Lewis secure freelance commissions and commercial work. Over the next two decades, Lewis continued to shoot for UK magazines, piggybacking personal projects onto paid assignments.

“With lockdown, I started looking back through my archive and was surprised by how prolific my coverage was, with often quietly powerful pictures missed in the rushed process to make great magazine sets dominated by the double-page spreads,” Lewis says.

In a new book, Being British 1975-2005 (Café Royal Books), Lewis offers an evocative document of England in the late-twentieth century, which he sees as more plainly as “a portrait of the photographer: young male, white working class, lippy, opinionated… but, someone who enjoys the warmth of the British people”. 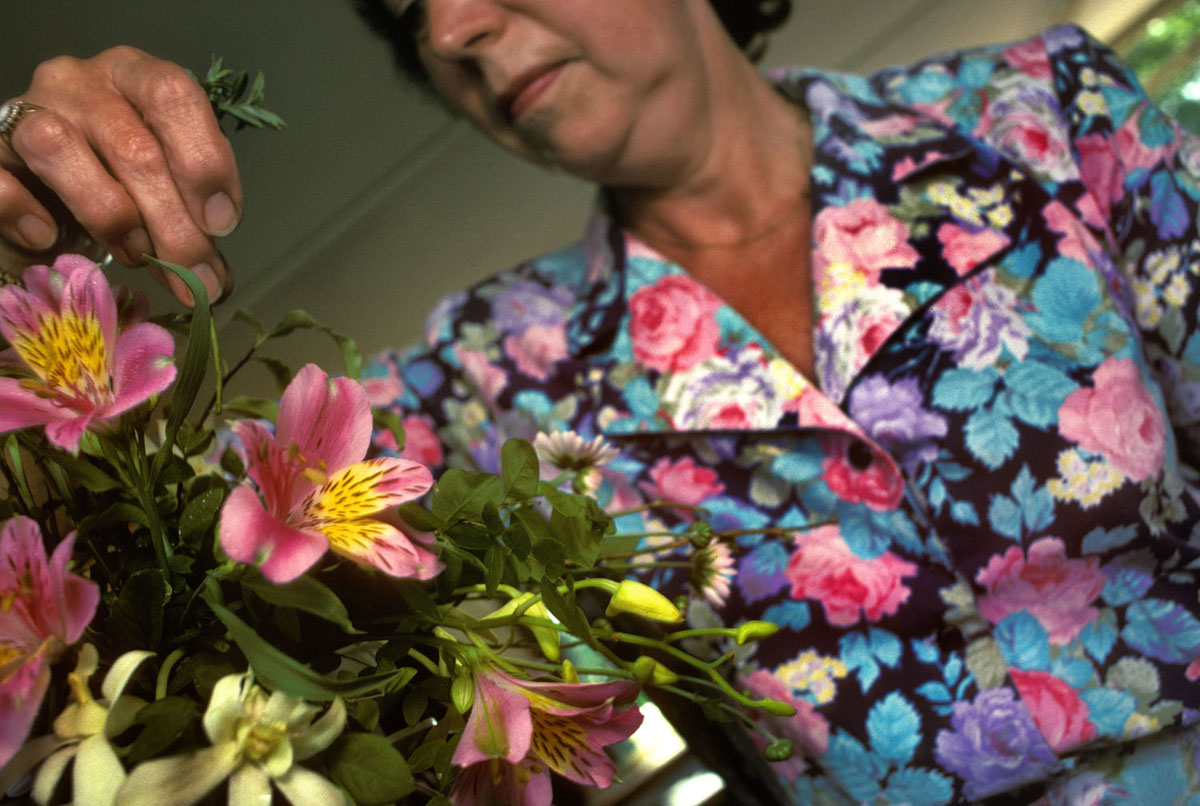 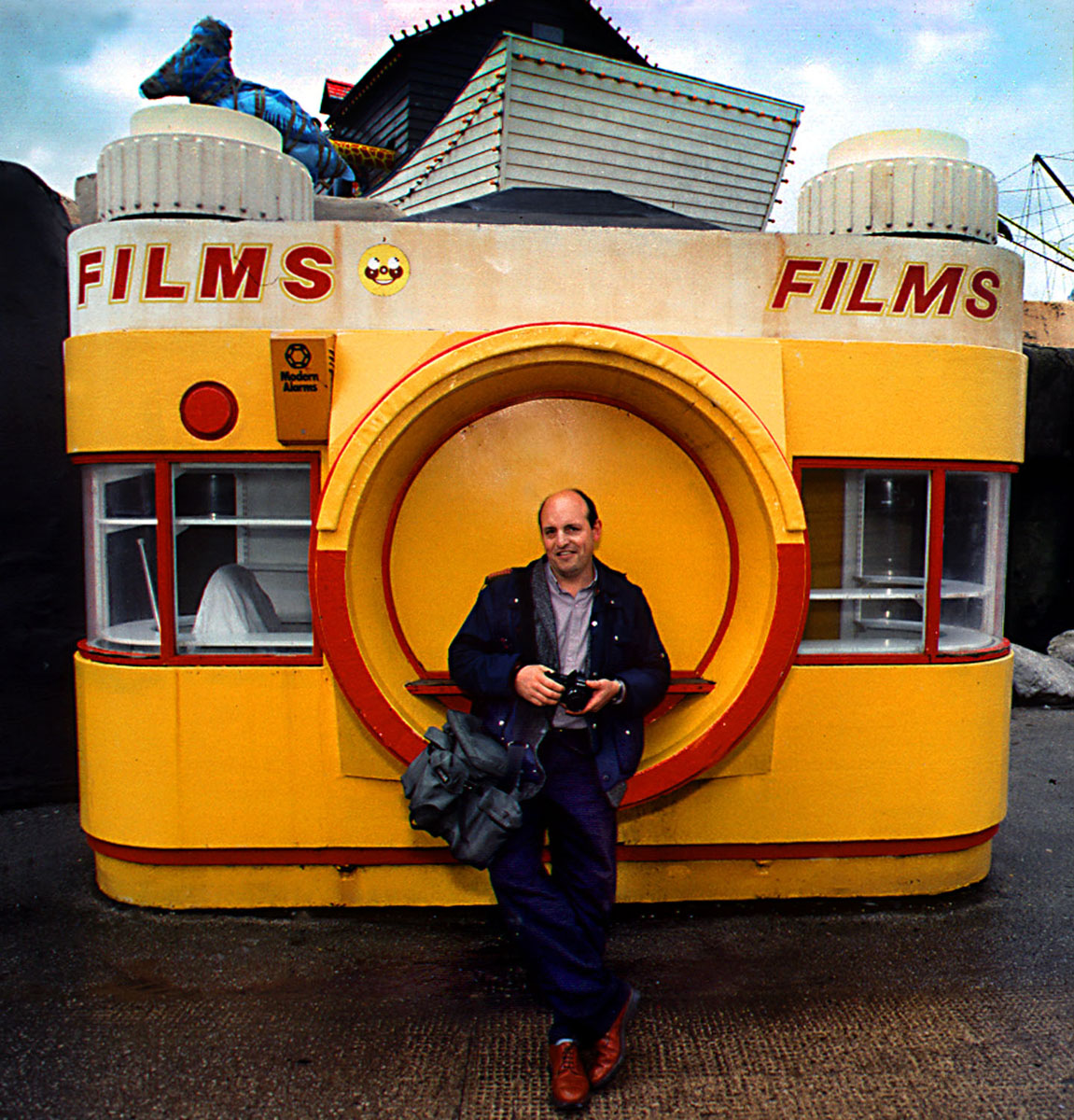 Lewis began working in colour when it was still frowned upon by the art world. “There was a feeling at this time for most young aspiring photographers that colour photography was for family snaps and slick commercial work, while black and white was the way to go for us ‘serious artists!’” he says.

After discovering Radio Times magazine paid double for colour commissions, Lewis decided to make the switch. He remembers: “I was confronted for the first time by my lack of knowledge and how difficult it was to make a photo that corresponded to what you saw in your mind’s eye.”

But he kept on, encouraged by the thriving London photographic community centred around The Photographers’ Gallery, Half Moon Gallery, and Network Photographers. “The unifying power of these meetings and asking provocative questions about the politics of photographic practices cannot be understated. Many of the connections I made at that time changed my life. We were all broke but London was far cheaper then, and everyone gave their time and enthusiasm.”

With this book, Lewis reclaims the idea of “Being British” from what he describes as “a myopic myth of ‘hijacked and exploited by the Brexiteers that ignores the history of Empire and its consequences. It is a delicate time to be representing ‘Britishness’ in images but I try to hold on to the strengths and the richness of our shared culture.” 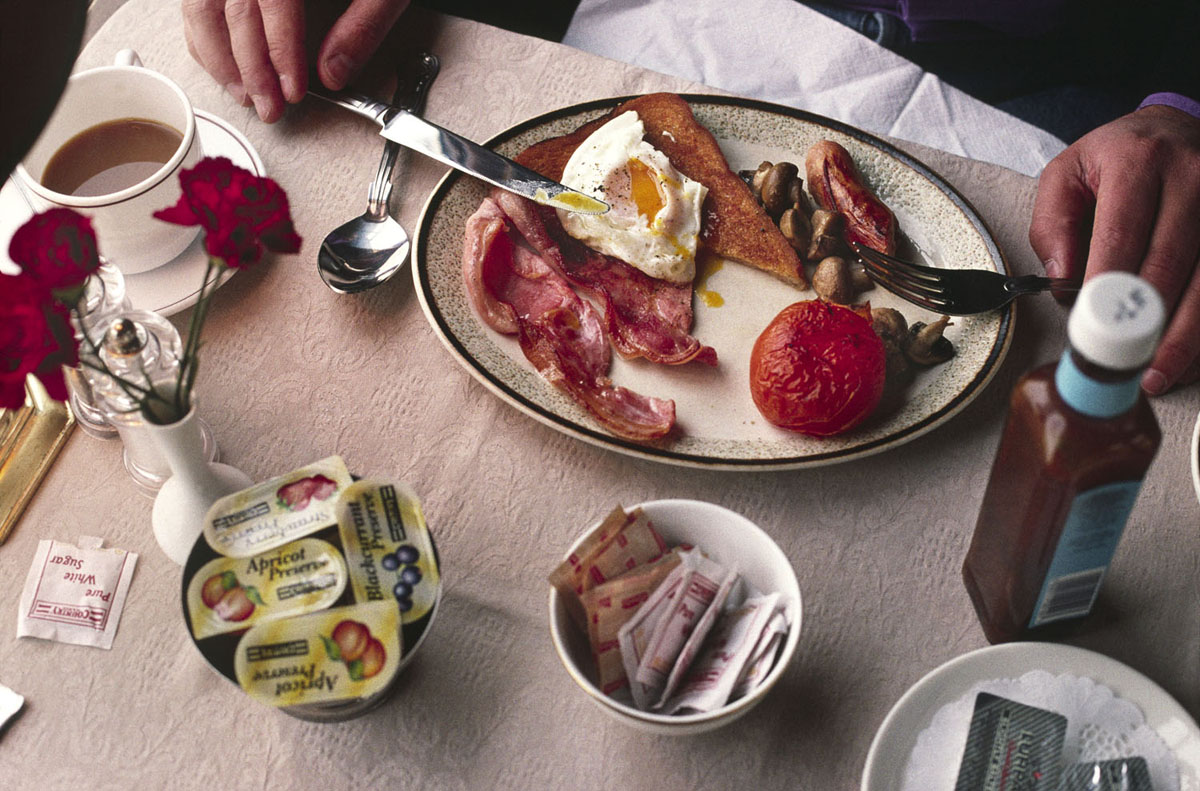 English breakfast at the Sidings hotel near York, a hotel established out of an old railway station 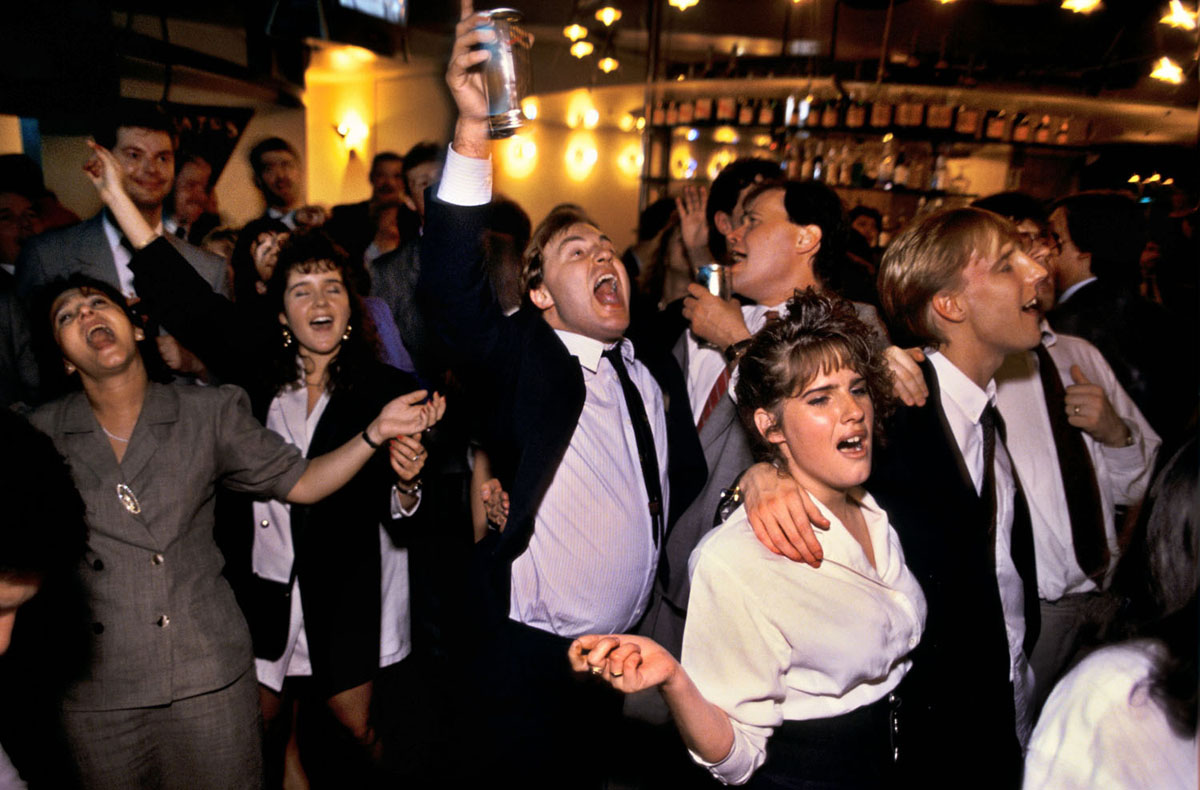 Financial workers singing “My Way” on a Karaoke night at the end of a day in Coates Wine Bar, City of London, 1990 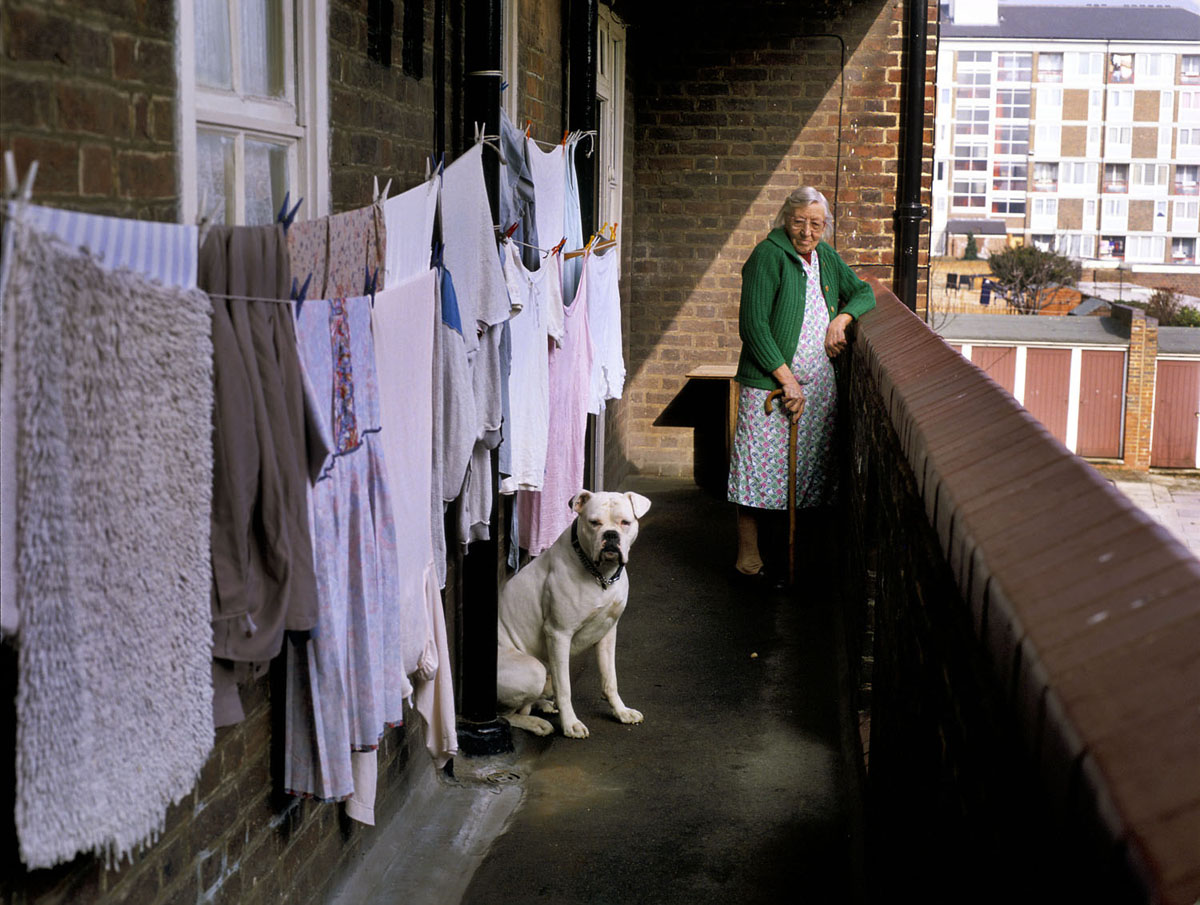 Nextdoor neighbour of Tony Lambrianou, gangster and enforcer for the Kray brothers, outside her flat in London’s Elephant and Castle in 1983 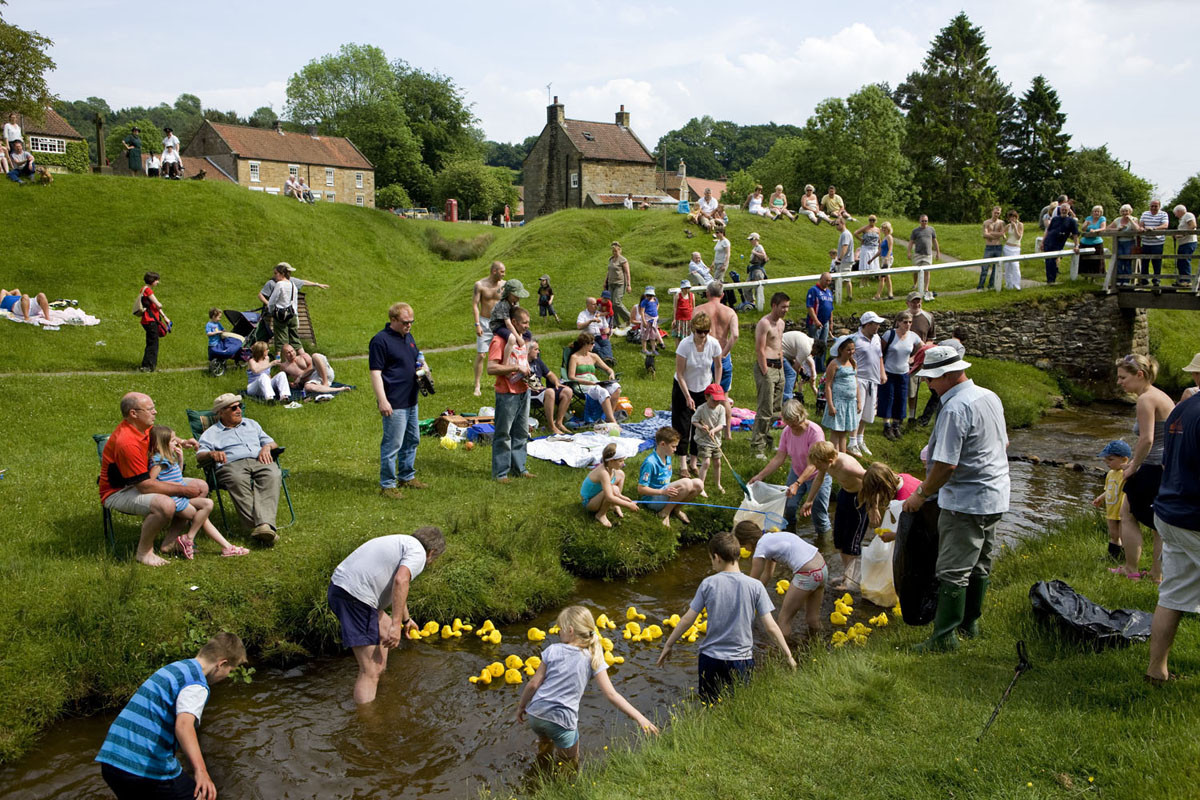 Linkedin
RELATED ARTICLES
OTHER ARTICLES
After building his reputation covering the US civil rights movement in the 1960s, the photographer went on to produce some of the most enduring images of the past century.
A new podcast is opening up the conversation between trans women and trans amorous men in the hope of building coalitions.
After blocking the Scottish government’s gender recognition reform bill, Westminster is now devising further changes to the law to make it harder for trans people to self-identify.
A group of aid workers face prison for helping to save people fleeing their homes at sea. If they are charged, it will have a chilling effect on humanitarian efforts.
After a two-year hiatus and a new album, the Nigerian artist is riding high. Now, he wants to bring his alternative, genre-bending sound to the world.
Campaigners reflect on what the supreme court’s decision to allow buffer zones in NI means for the future of reproductive rights in the UK.