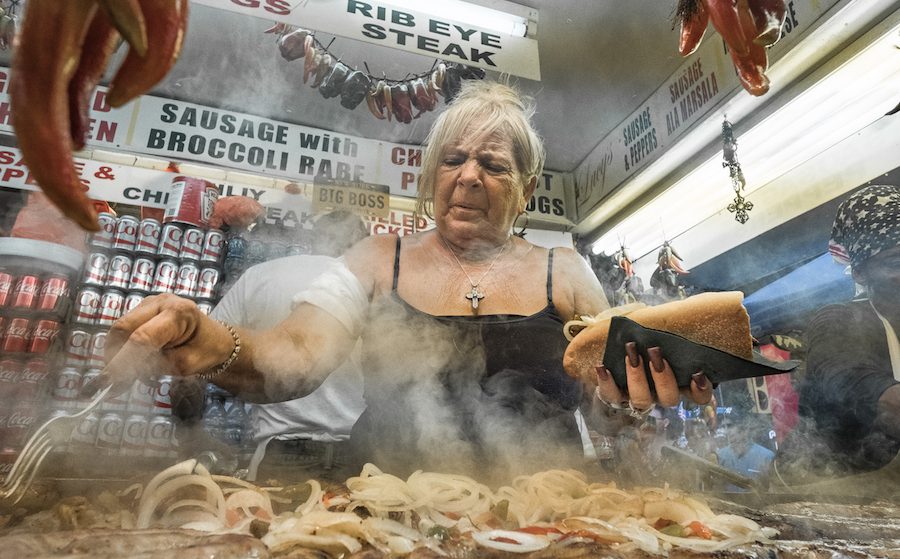 Over the past six years, Suzanne Stein has photographed the streets of New York as a way of shedding light on stories that largely go unseen.

Over the past six years, Suzanne Stein has photographed the streets of New York as a way of shedding light on stories that largely go unseen.

During summer 2015, Suzanne Stein traveled to Europe and began taking photographs everywhere she went. “I had never done anything with a camera except for photographs of my son with my phone,” she says. “I took pictures of Brugge, then Venice, and by the time I got to Bologna, I was completely taken. It was like turning a corner and being blinded by the love of one’s life.”

Curious to understand more about her newfound passion, Stein did a single Google search and stumbled into the world of street photography. Suddenly it all made sense. “I realised that I could make a picture out of all of the ironies I saw every day – little ones, and big ones,” Stein says. “Everything that had ever pissed me off or infuriated me about life could be chronicled in a photograph.” 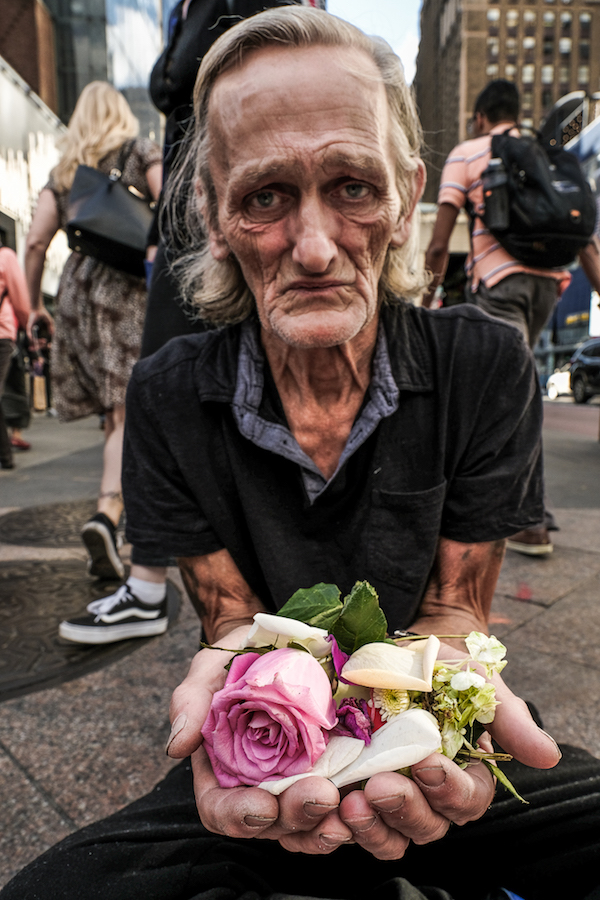 Robert panhandles on 34th Street and 7th Avenue. Here a woman has just given him flowers instead of money and he sits in silent frustration.

For Stein, whose work appears in the new book Women Street Photographers (Prestel), street photography is a source of constant reinvention and personal agency. “I can tell a story, any story, any way I please,” she says. “I can decide how I want to do it, and forget about established protocols.”

Over the past six years, Stein has photographed the streets of New York with dedication and determination despite the challenges it presents. “Shooting street photography can be dangerous,” she says. “People can take out their anger on me, and sometimes I must prove that I’m not a police officer to people who do not understand street photography.”

Nevertheless, Stein soldiers on. A self-described “social realist”, Stein is drawn to scenes that resonate on an intimate level. “I have had some hard experiences in my life, raising my son alone, having very little money, being scared about the future,” she says. “These experiences have sensitised me.” 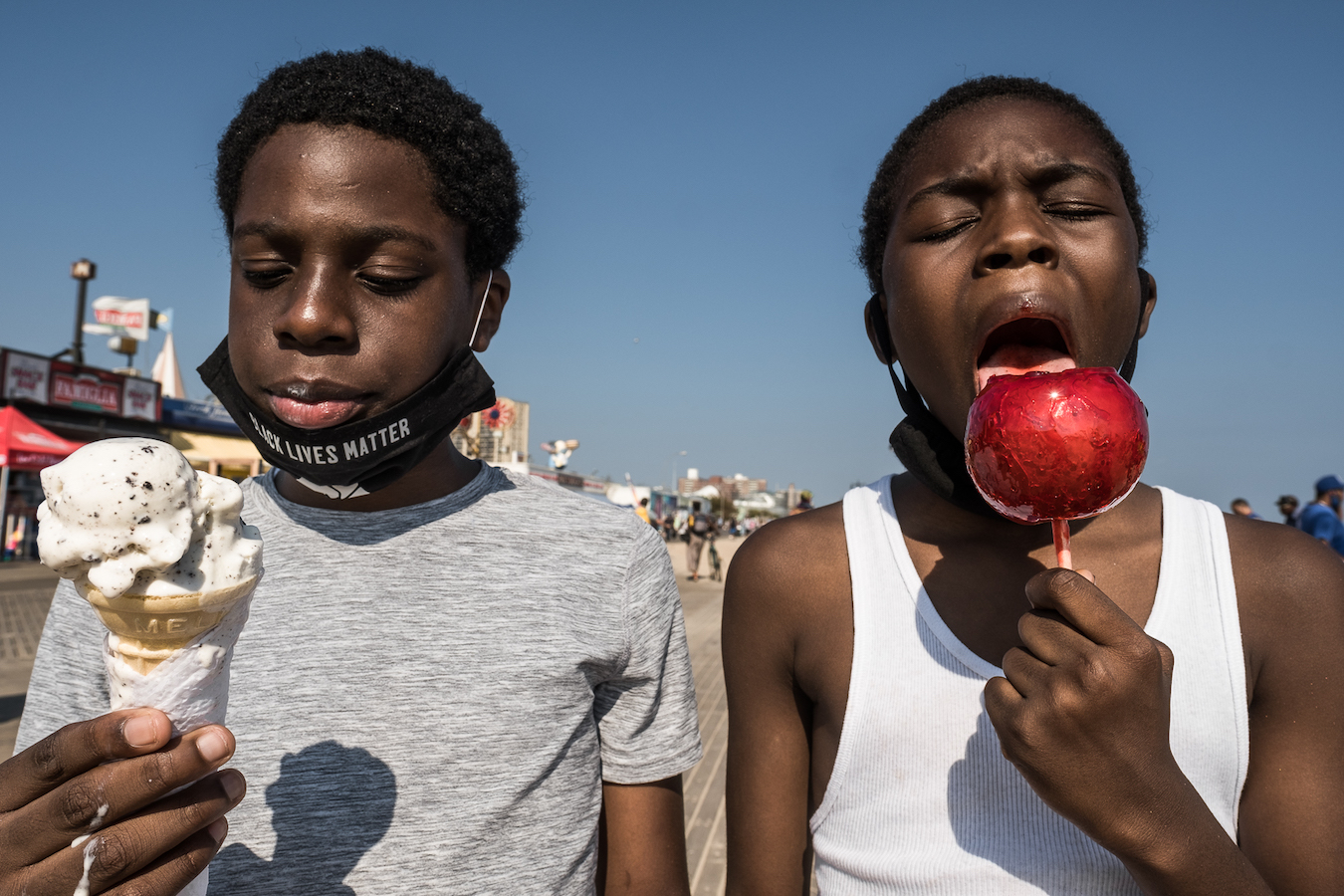 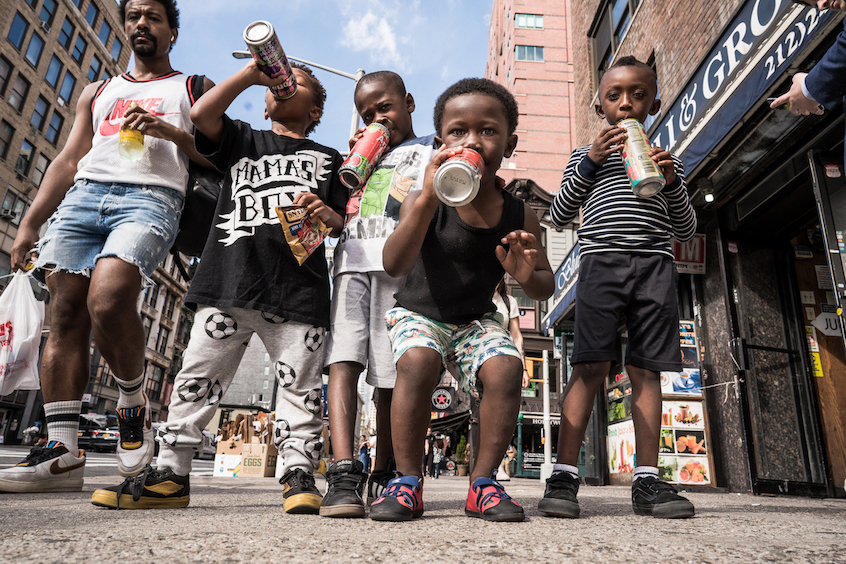 Drawn to the brutal and beautiful in equal part, Stein sees photography as a vital tool to shine light on stories that largely go unseen. “It’s not just about snapping a picture of something sad to illustrate societal dysfunction,” she says. “There are elements of narrative that need to be present so that the story is a proper punch in the gut.”

Stein seeks to establish trust between herself and her subjects to create a space for vulnerability and beauty to emerge. “I am drawn to people who have a special energy that’s a combination of their circumstances, experiences, personality, and an undefinable thing that makes me take notice,” Stein says. 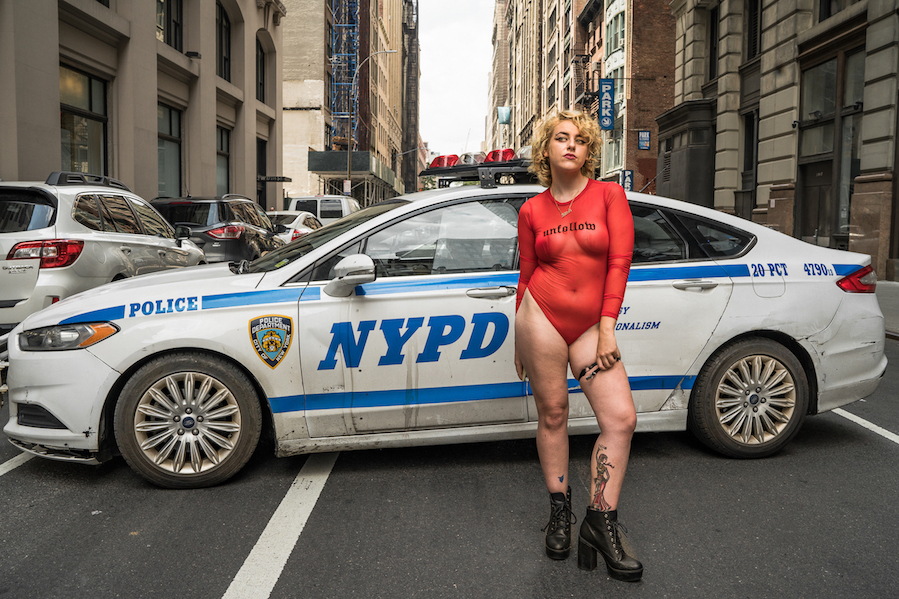 Portrait of a woman in Chelsea, Manhattan, on Pride Day

“Some people are so compelling that I just have to find a way to reach out to connect. There’s electricity and I cannot walk away. It can become magical, intense, and long lasting, or it can be over in a few minutes, just long enough to photograph. Without connection there is no trust, and without trust pictures are ordinary.”

With street photography, one of the most accessible forms of contemporary art, Stein reveals: “It’s an amazing rush when I realise that I was able to grab a vision off the street, a little treasure to be savoured for a short time.” 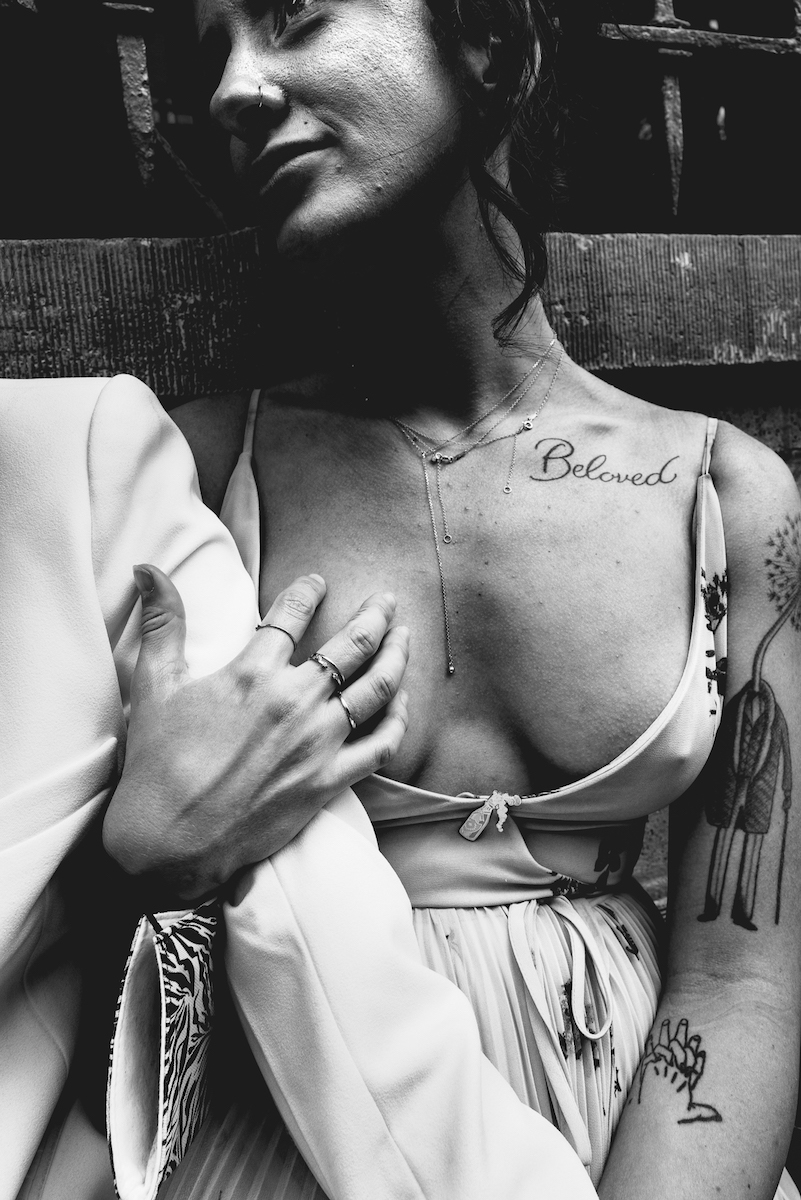 Portrait of a woman with her partner on Prince Street in Soho, Manhattan 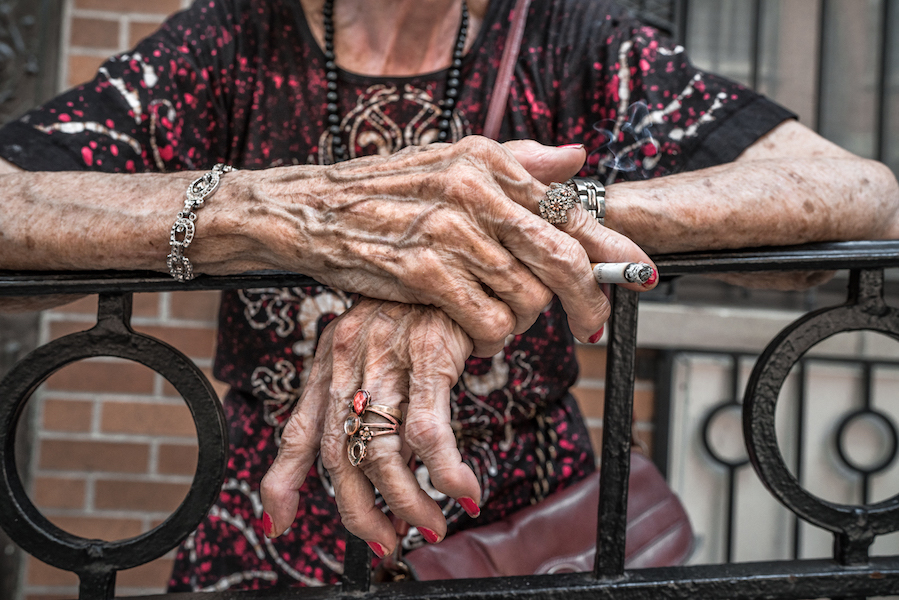 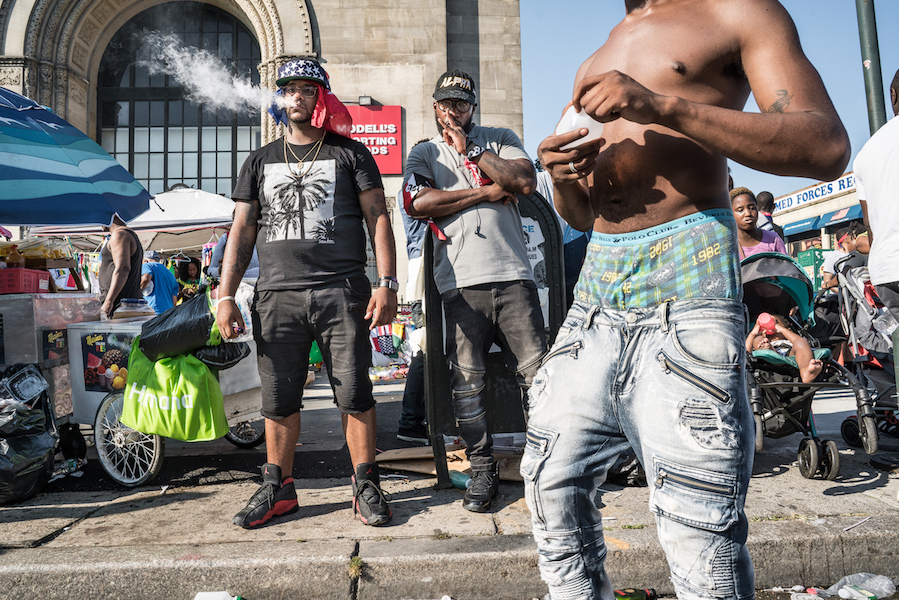 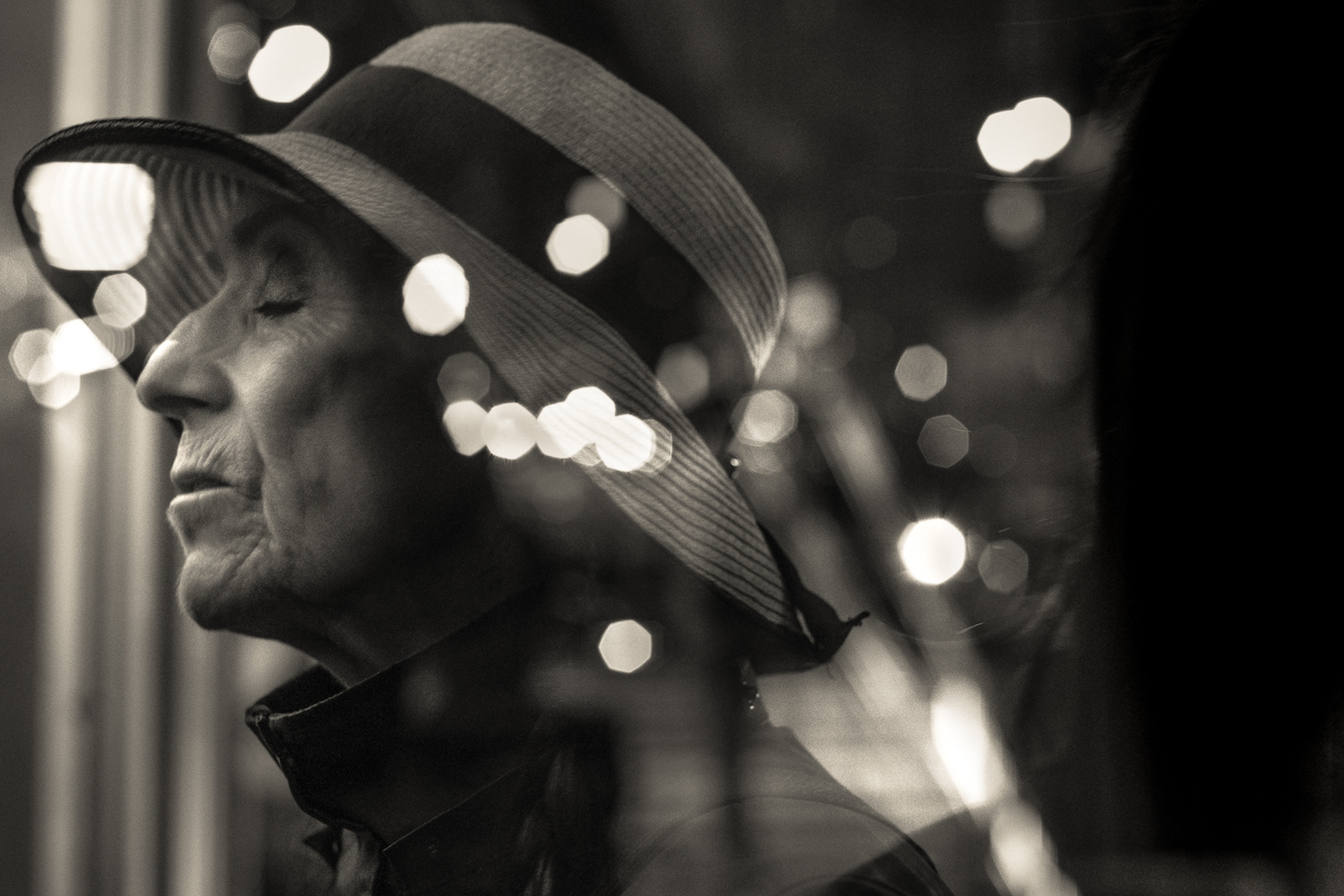 Linkedin
RELATED ARTICLES
OTHER ARTICLES
Tristan O’Neill’s shots of dancers caught in moments of reverie at the height of rave’s golden age are a testament to the UK’s legendary club culture.
A new exhibitions brings together the work of photographers who documented the deep unrest of these pivotal decades.
Activists and campaigners are fighting back against new laws that would seriously undermine the ability to take industrial action, calling it an attack on fundamental workers' rights.
AI companies that develop image-generators using copyrighted artwork from the internet are coming under fire from artists who say that it amounts to theft.
A new law change is enabling Britain’s donor-conceived children to know the truth about their origins – but campaigners say the fertility industry must do more to protect people.
Photographer Becky Tyrell went down to the fading banger and stock raceway to meet a community desperate to keep it alive.