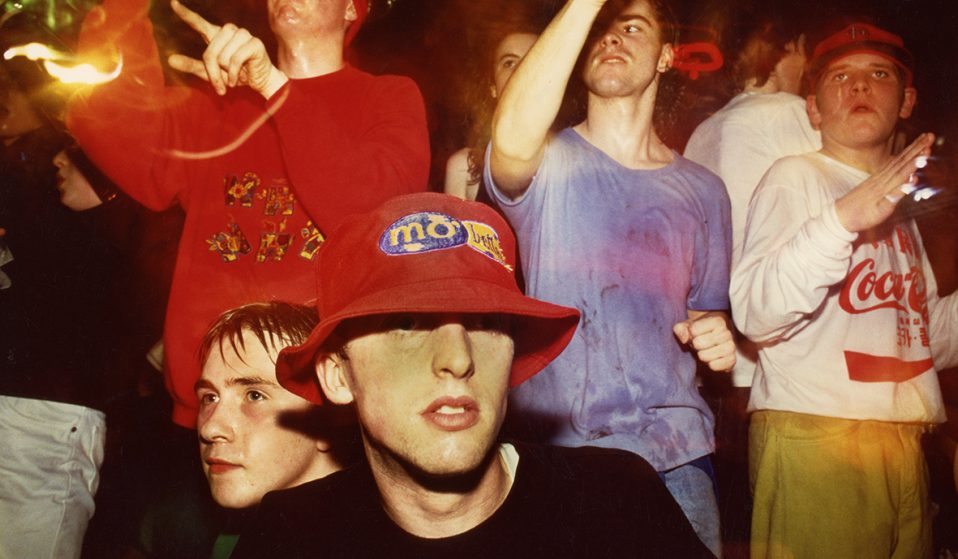 Tony Davis discusses his candid shots of unbridled joy from Britain’s clubbing golden era and what his photos mean to a generation of ravers looking back on the nights that defined their youth.

Tony Davis discusses his candid shots of unbridled joy from Britain’s clubbing golden era and what his photos mean to a generation of ravers looking back on the nights that defined their youth.

Demonised by the tabloid press and pursued by a police force still reeling from a bloody war on the miners, rave culture was an affront to the Thatcherite ideals of the ’80s. Shunning individualism for community, this period was defined by iconic music, potent drugs and shared, ethereal hedonism.

Photographer Tony Davis spent a brief period of his career capturing incredible shots from the clubs, warehouse parties and service stations of the Midlands’ rave scene.

Documenting these transient, iconic moments in British culture came naturally to Davis. After spending his youth engrained in the counter culture of punk and northern soul, his ability to recognise the coming of a new era was instinctive. “Seeing bands, going to clubs, dancing – then house music came along in the mid-80s,” he recalls.

Davis worked as an engineer as the burgeoning scene emerged, before being laid off. He took this opportunity to embark on a creative path, but his early aspirations to become a cinematographer were scuppered by a lack of funds. The film school fees “were the price of a council house”, leaving him with few options. 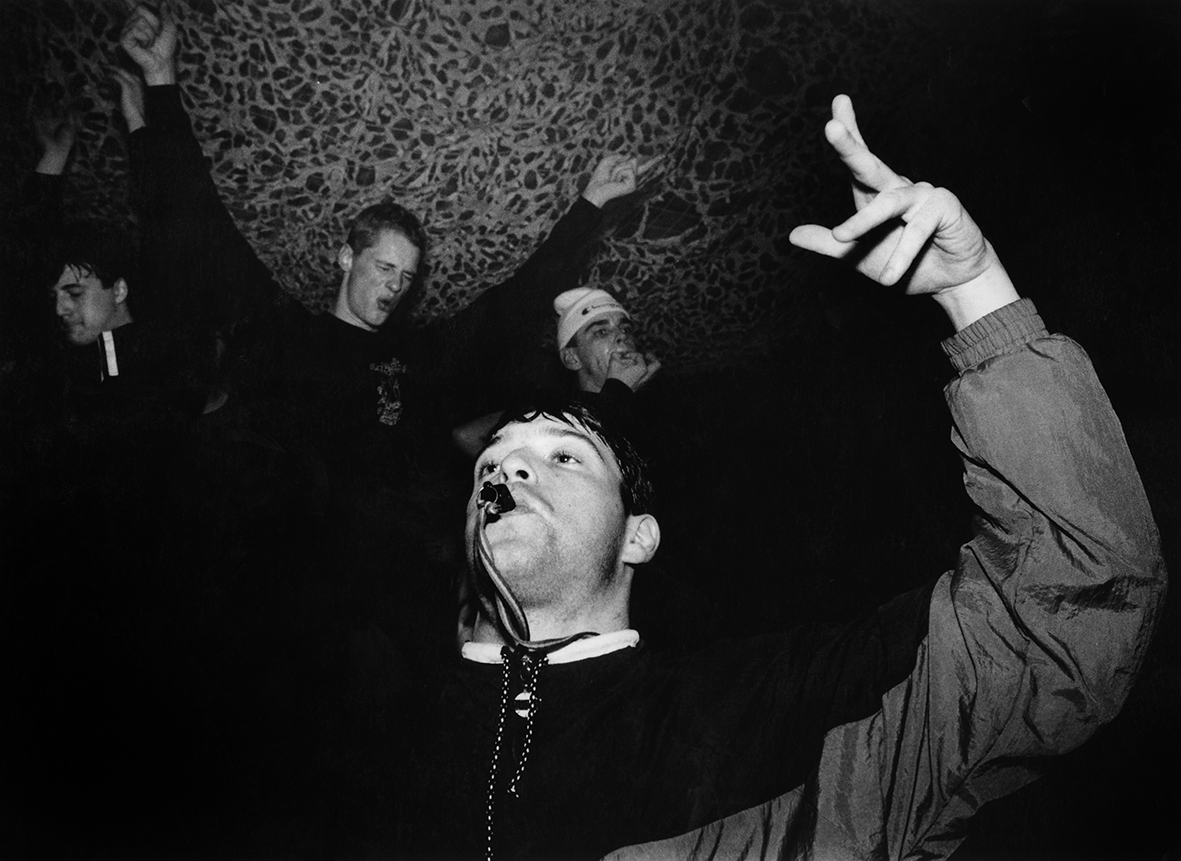 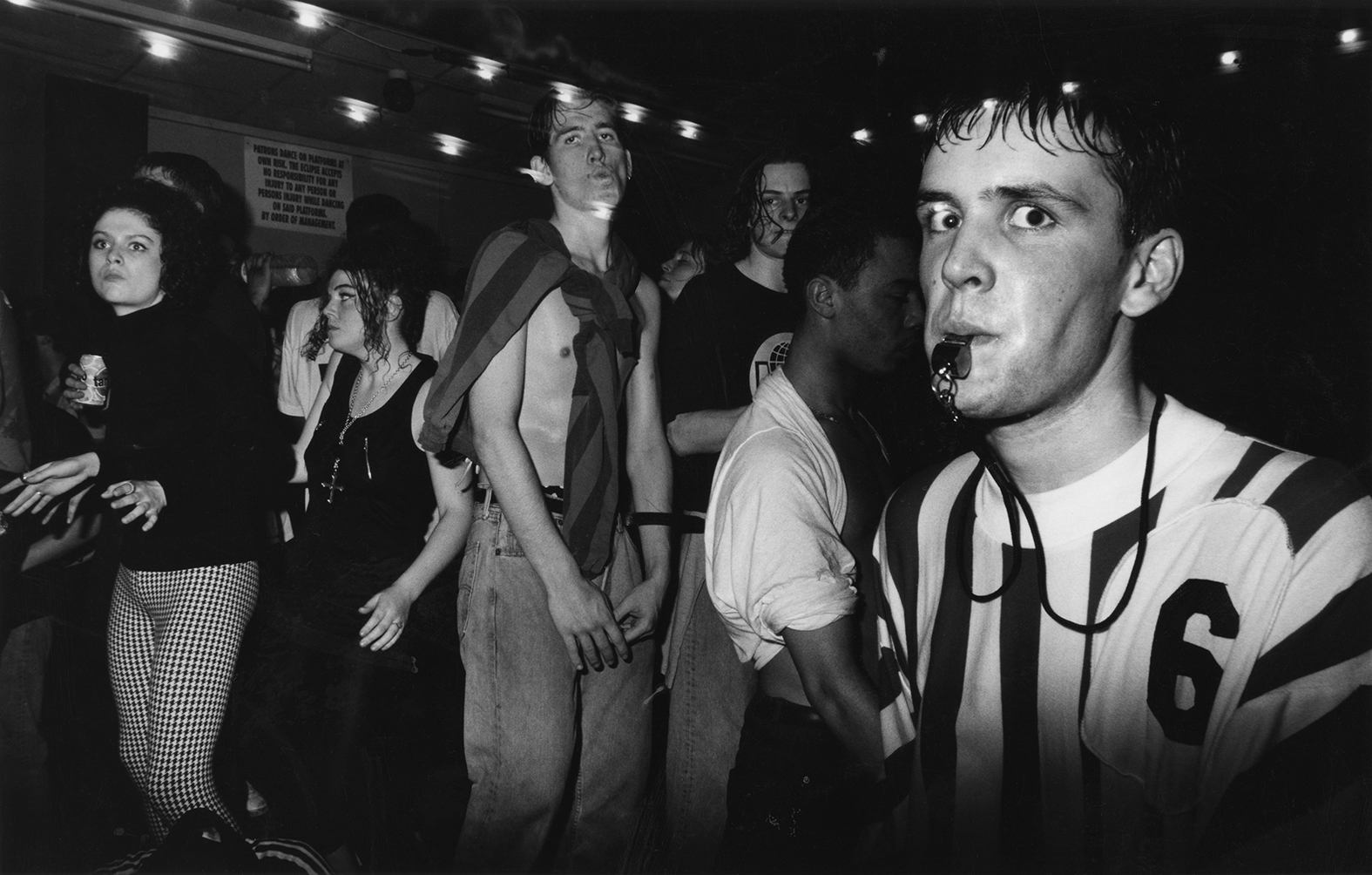 He found inspiration on a trip to Ibiza in ’89. Here he visited Amnesia and Café Del Mar, and was entranced by the clubs, culture, and clientele – the “groups of young kids in their dungarees and kickers”.

After returning home and enrolling at college in his native Nottingham, Davis started attending raves with his camera. “The house music clubs in the mid-80s onwards and going to Ibiza, that set the route for going out and photographing it. The rave scene was happening and I’d already experienced it. It was irresistible, really.”

Davis quickly discovered a distinctive style, with a knack for capturing candid shots of the unbridled joy within the crowd. “It’s a bit of an inobtrusive technique I was employing at the time. Rather than ploughing in with a camera and flashes going off, I’d go mill around and have a look around. I’d see an interesting group of people, dance near them for a bit, then boom, take one, two, three, then I’d disappear.”

The photos lay dormant in damp garages and dusty attics for decades, until Davis established an Instagram account and began sharing them in late 2019. The response was immediate – especially from former ravers. “The rawness of the images – very few of them got published. It’s nice that people like them now.” 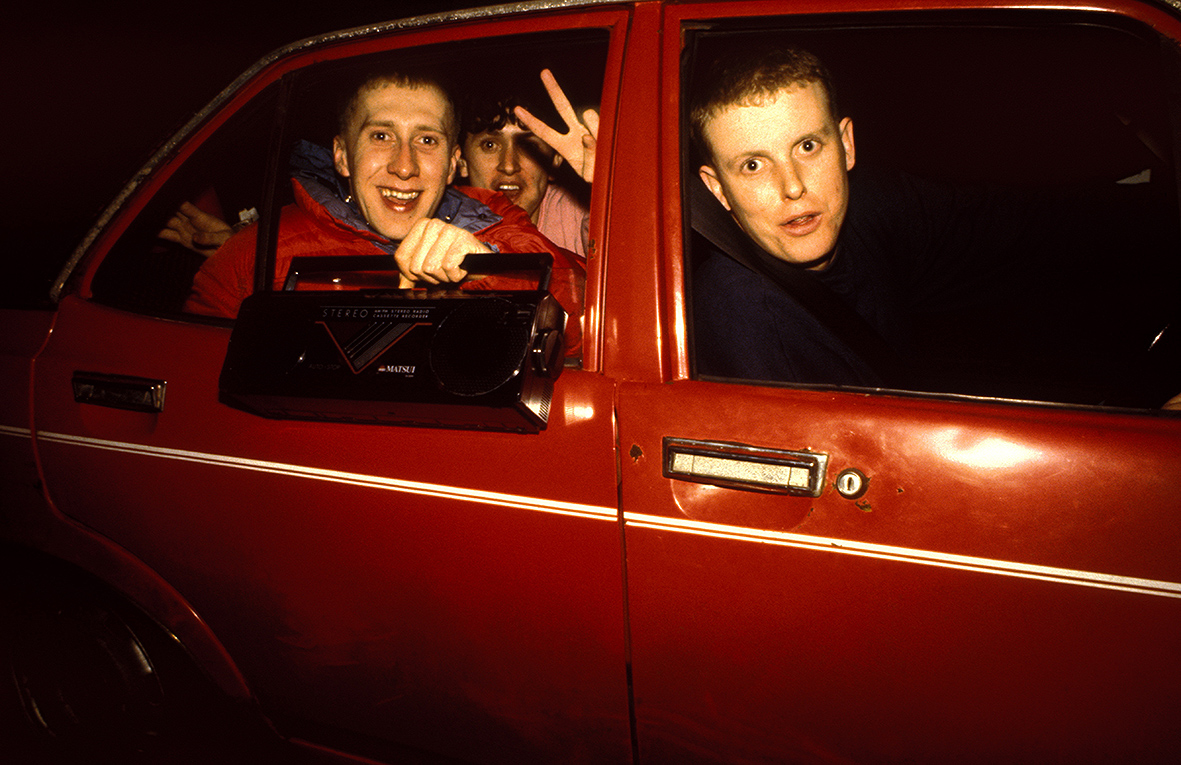 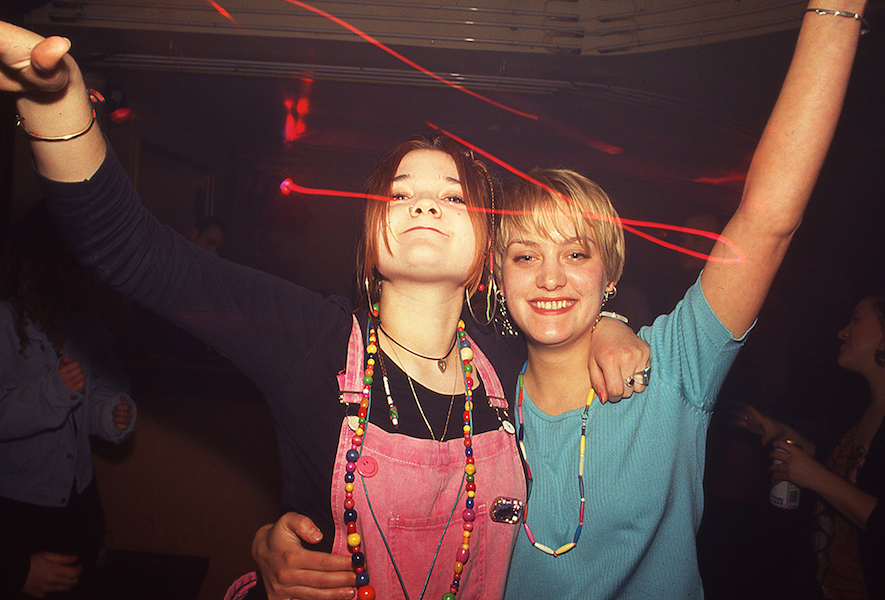 The almost celestial nostalgia for this period is evident in the comments – people finding themselves or friends in Davis’ photos, reliving memories of treasured nights and sharing the clubs and DJs that defined their youth.

Pontificating about how social media or smartphones has ruined nightlife is another common reaction to Davis’ images. This ‘90s exceptionalism isn’t something he subscribes to. “I want my stuff to connect with this current generation, the generation of ten years ago and the generation of twenty years ago. Rather than go ‘this was the best era, it’s shit now’.”

The reaction Davis treasures the most is triggering flashbacks to this period of freedom. “They see themselves – there’ve had time to pause, thirty years of working in a job, having kids and everything else, and that one picture has taken them back. This picture is how they felt.” 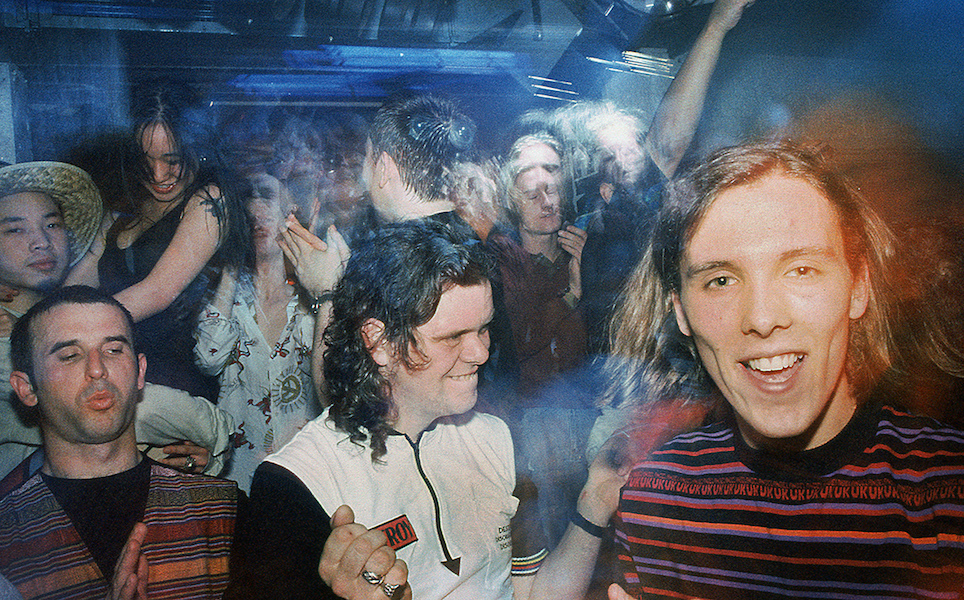 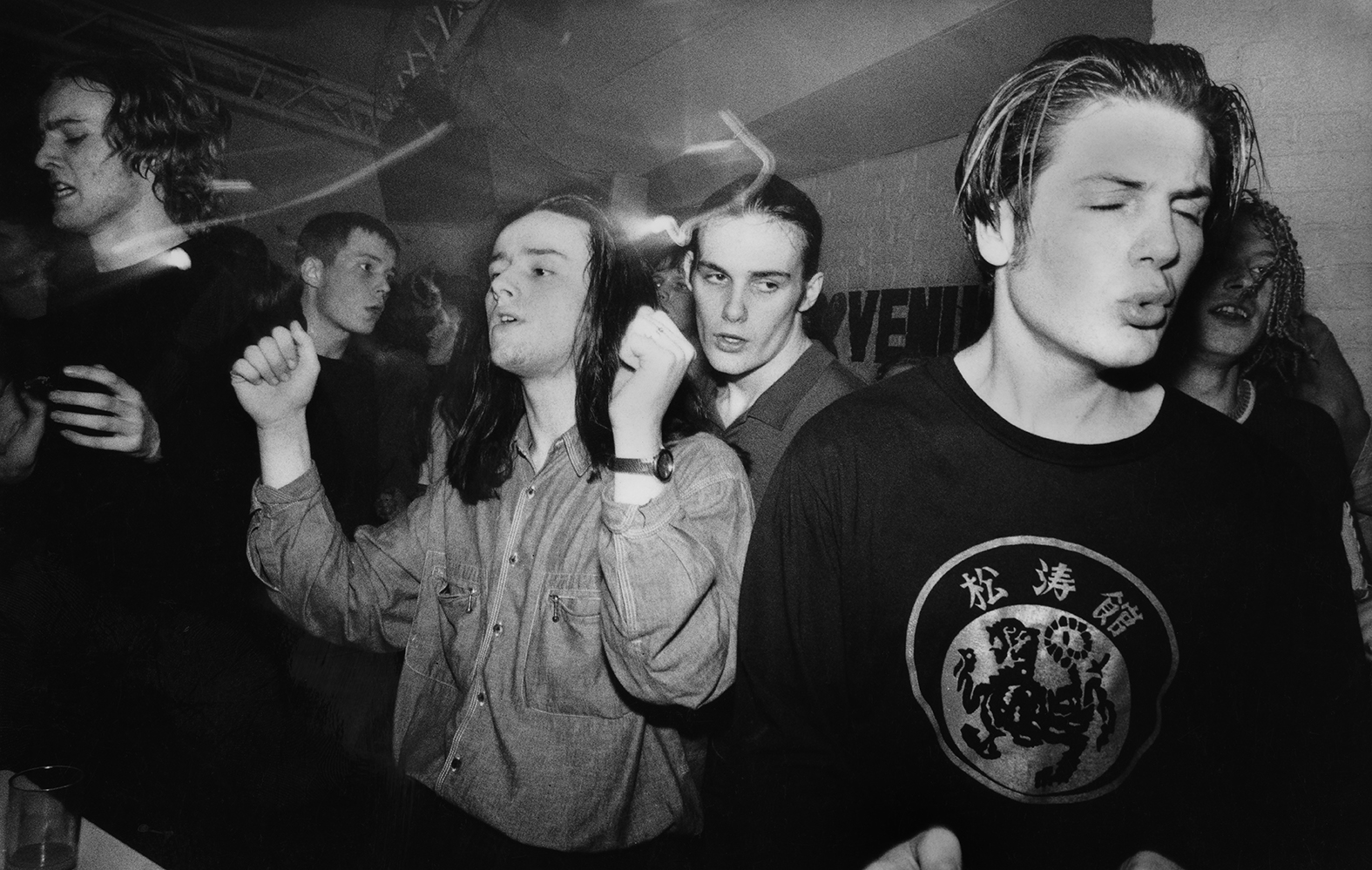 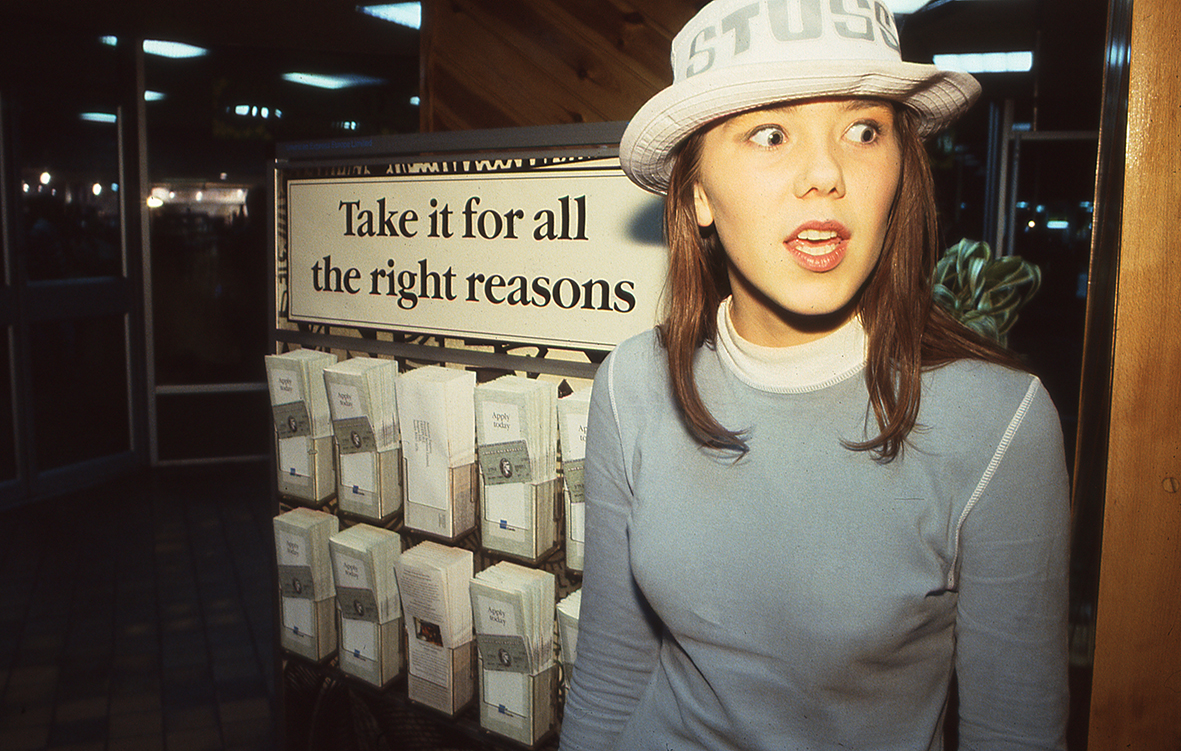 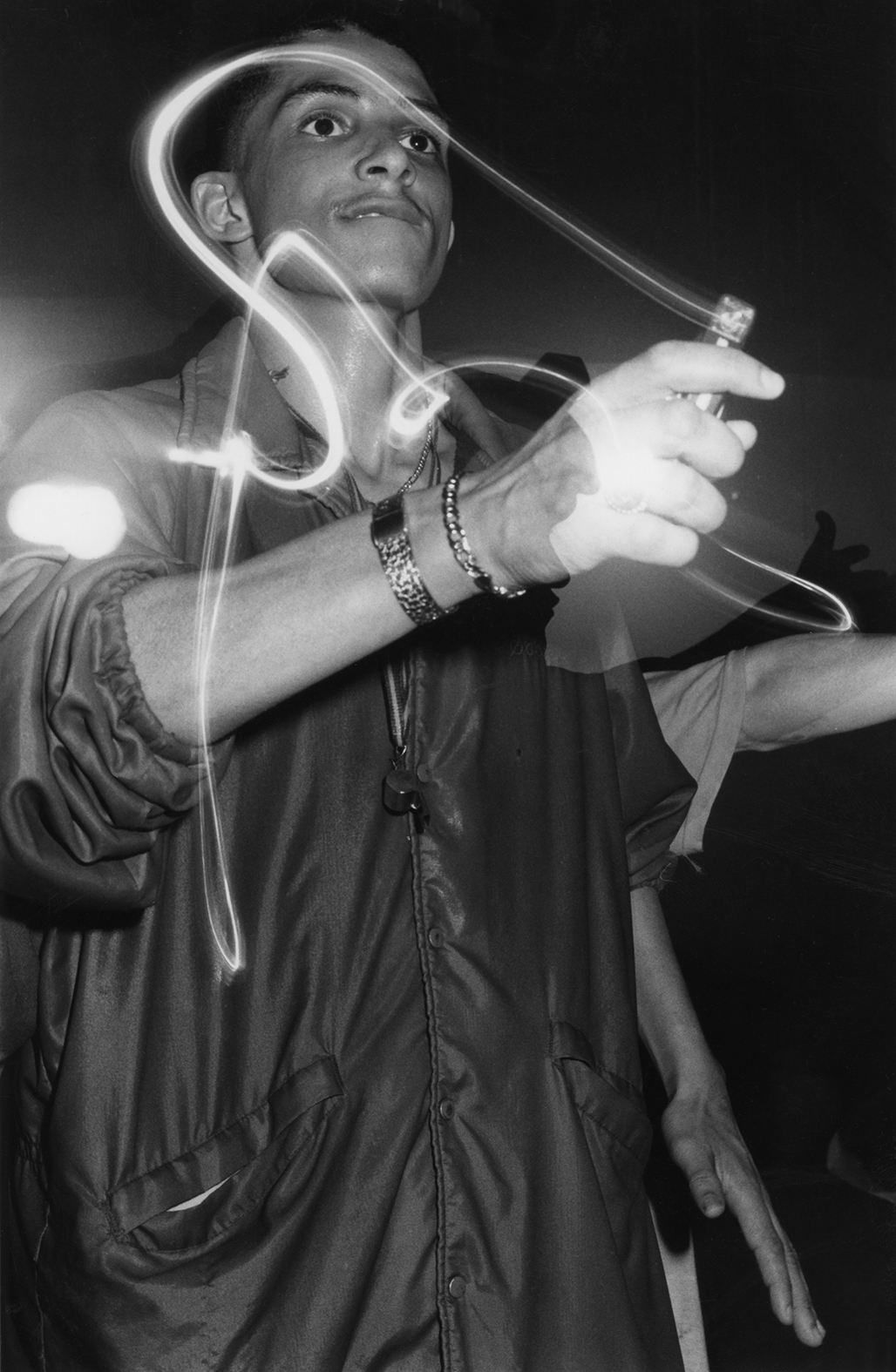 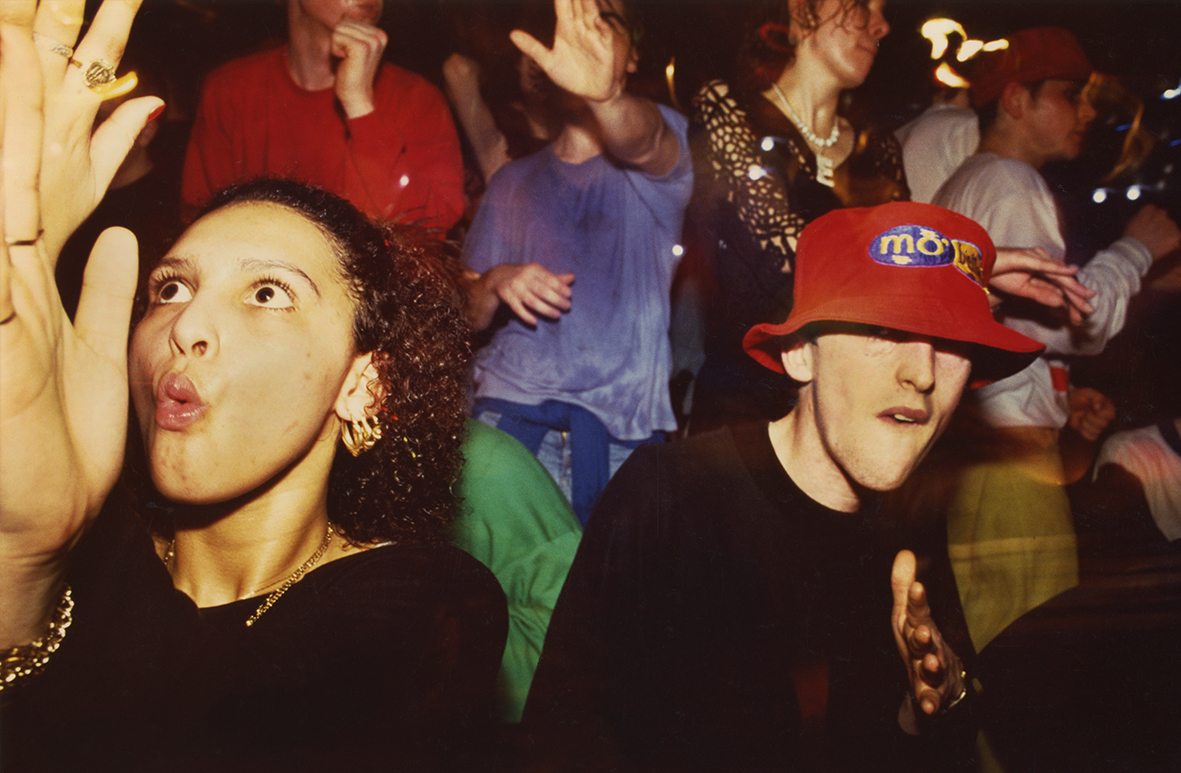 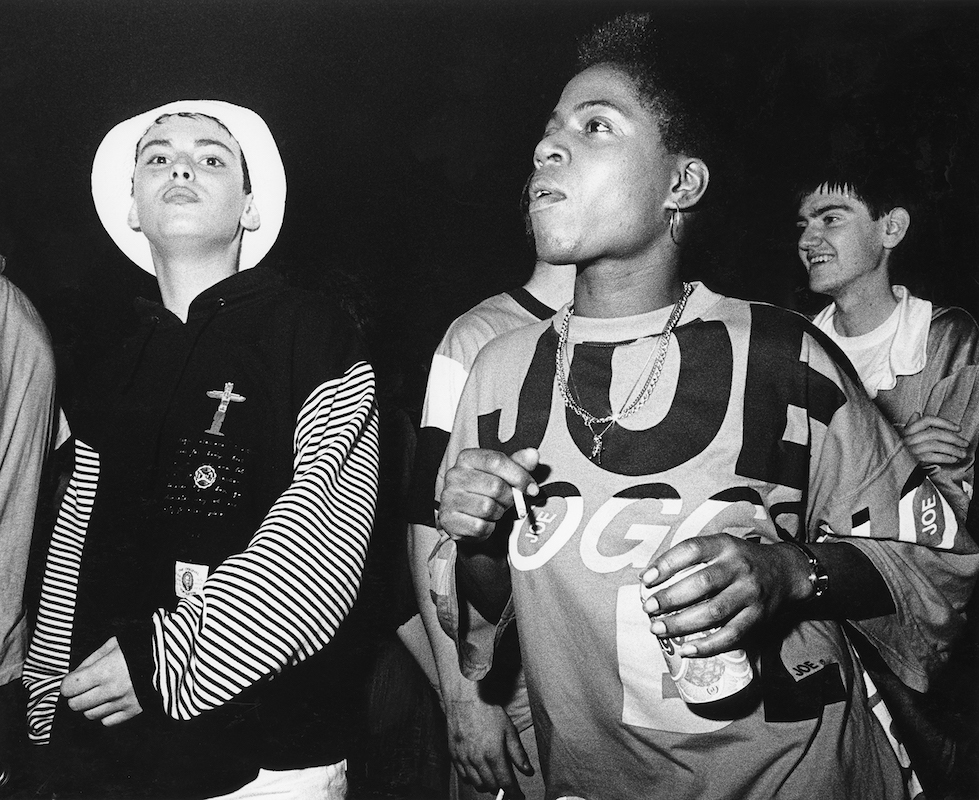 Prints of Tony Davis’ rave photography are available from the British Culture Archive.

Linkedin
RELATED ARTICLES
OTHER ARTICLES
50 years since its inception, and the campaign calling for recognition that capitalism depends on domestic labour is as pertinent as ever.
With inflation now at a 40-year-high of 9 per cent, demonstrations organised by TUC took place to demand action from the government.
A new edition of a seminal book brings together iconic images of the band onstage in their full glory and backstage in moments of unguarded camaraderie.
Yesterday queer activist group Lesbians and Gays support the Migrants staged a die-in at the Pride in London parade to protest the inclusion of police in the march reports Huck politics editor Ben Smoke.
The last few years have seen an increase in LGBTQ-led initiatives to feed the hungry, with many finding ways to stay afloat despite the challenges.
In the latest instalment of Photographers in Conversation, the chronicler of raves, protests and beyond explains why he’s drawn to such specifically visceral environments.