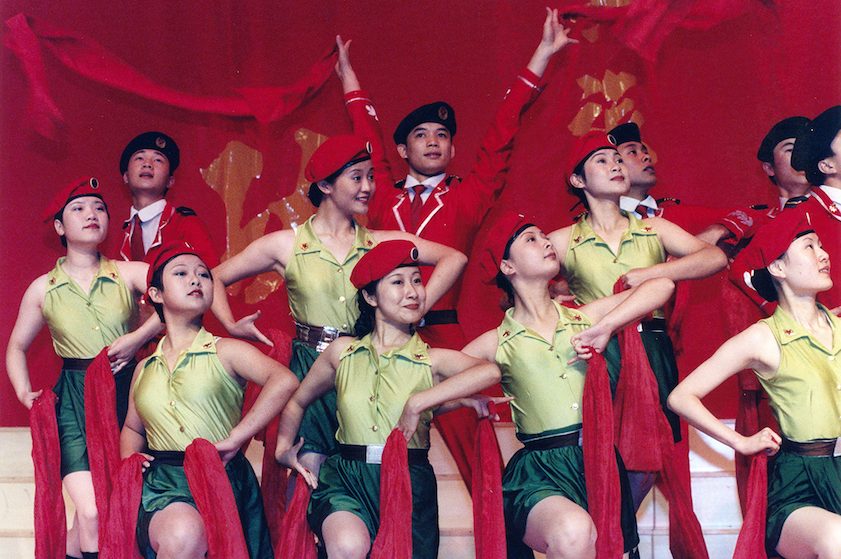 Birdy Chu reflects on documenting the historic moment in which the territory was formally passed back from the UK to China.

Birdy Chu reflects on documenting the historic moment in which the territory was formally passed back from the UK to China, and how it reshaped the city.

Towards the end of the year 1996, Birdy Chu was in the freezing cold midst of the Canadian winter when he made the decision to return to his place of birth – Hong Kong. In less than a year, the city-peninsula, which had been a colony of Great Britain since the mid-19th century, was to be passed back to China in what was known as ‘The Handover’.

“The Handover [was] a very crucial year in Hong Kong history – a year of transition,” Chu says. “So I came back here to capture the historic moment.”

He landed in Hong Kong on New Year’s Eve (the final one under United Kingdom rule) to a giant party. Along with the traditional midnight fireworks, the celebrations were infused with a heavy dose of British pomp and circumstance. 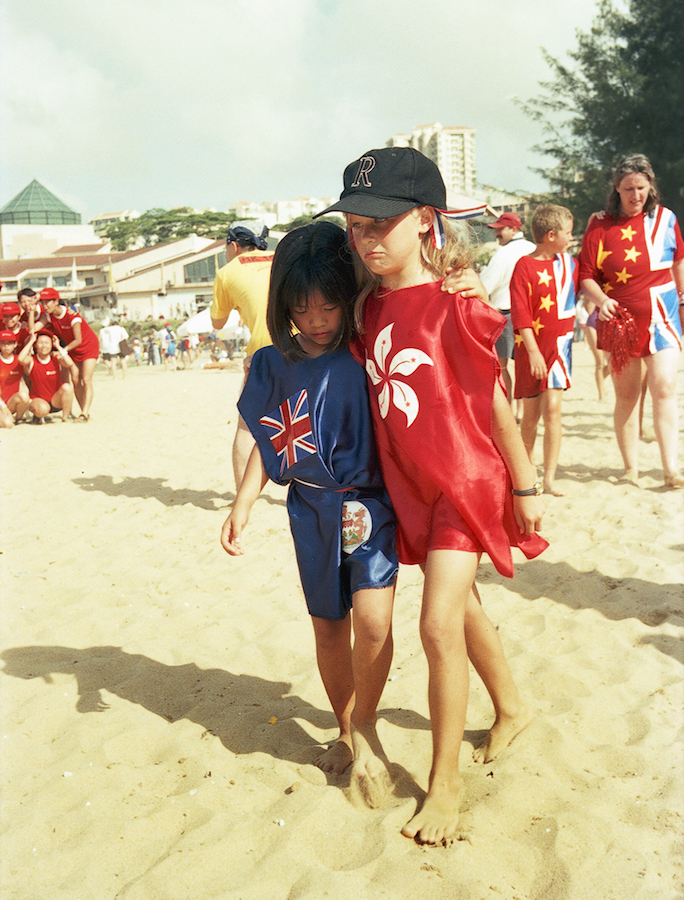 “They were all singing ‘Auld Lang Syne’, there was some Scottish dance and there was the firing of cannons and guns at midnight,” Chu remembers.

For the proceeding six months until the official handover on 1 July, Chu documented the people, ceremonies and daily lives of the last days of Hong Kong as a British colony. During this time he worked as a photojournalist shooting for a local newspaper while also using his spare time to scour the streets for shots of the daily lives of turn-of-the-millennium Hong Kongers.

These pictures are collated in the recently published photobook HK1997, which marks the 25th anniversary of The Handover. It also marks the halfway point of the beginning of the “one country, two systems” principle, where the city was to be given self-governance as a special administrative region for 50 years. 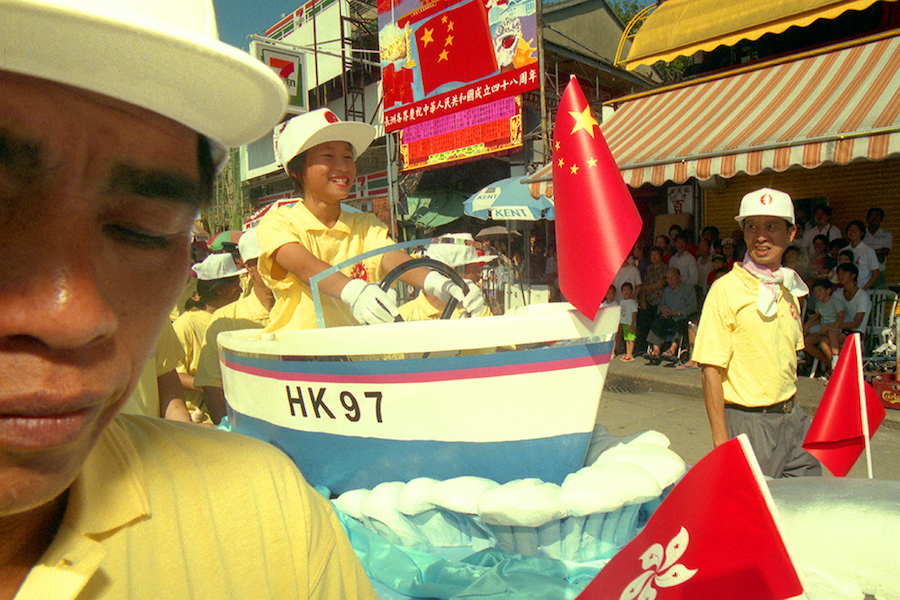 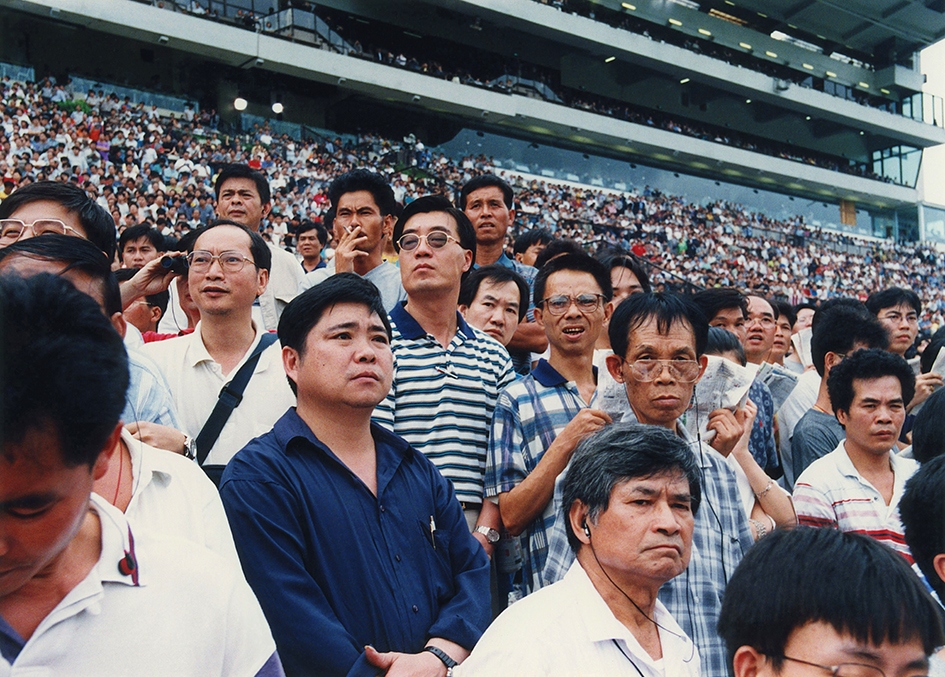 The photographs show the impact of 156 years of British rule in reshaping the city. Images of the Queen are found throughout the book, as well as the Union Jack flag and the very evident military presence.

“We still love her [the Queen] very much,” Chu says. Yet her visual presence was to almost completely vanish overnight after the Handover ceremony. He continues: “On the handover day, after the last governor of Hong Kong left the Governor House, all the royal symbols, the British signage and emblems all disappeared.”

The book not only captures a moment in time, but also serves as a reminder of how quickly societies adapt. The turbulent last few years for the city, rocked by protest, division and heavy-handed police crackdowns, belie the sense of optimism found in many of the photographs. 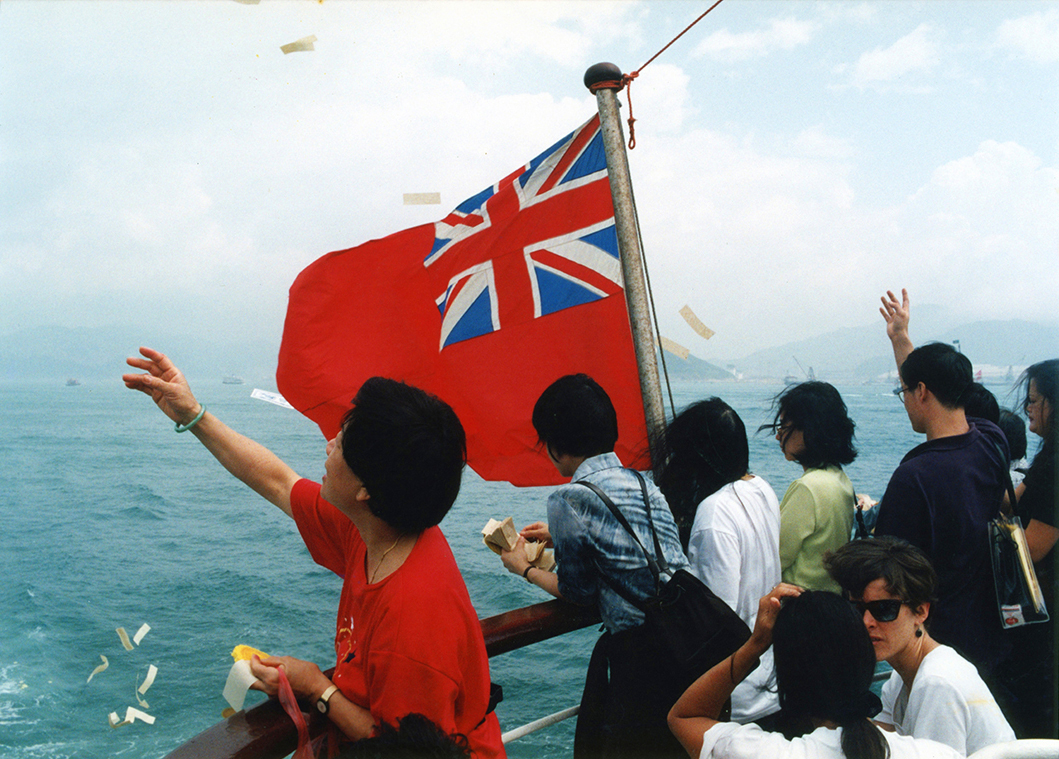 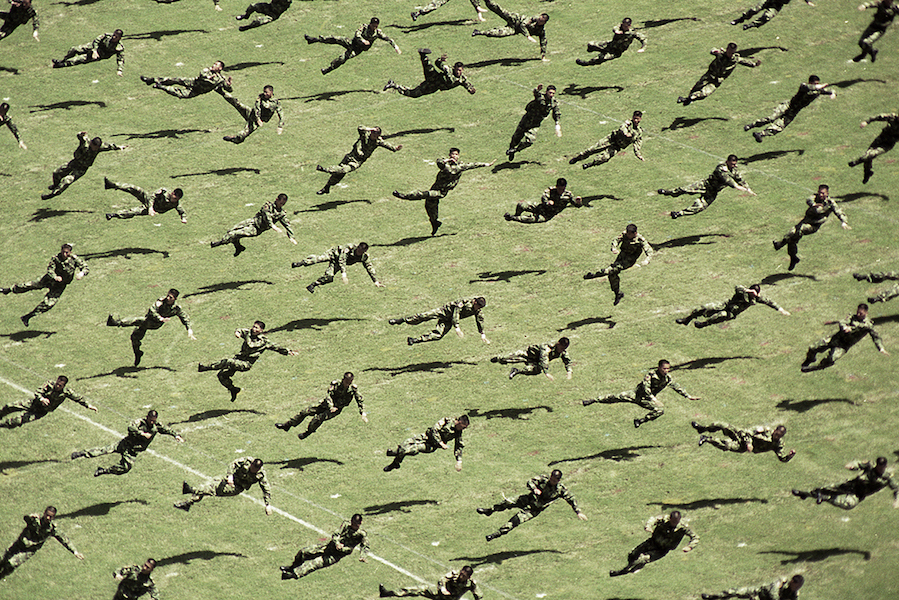 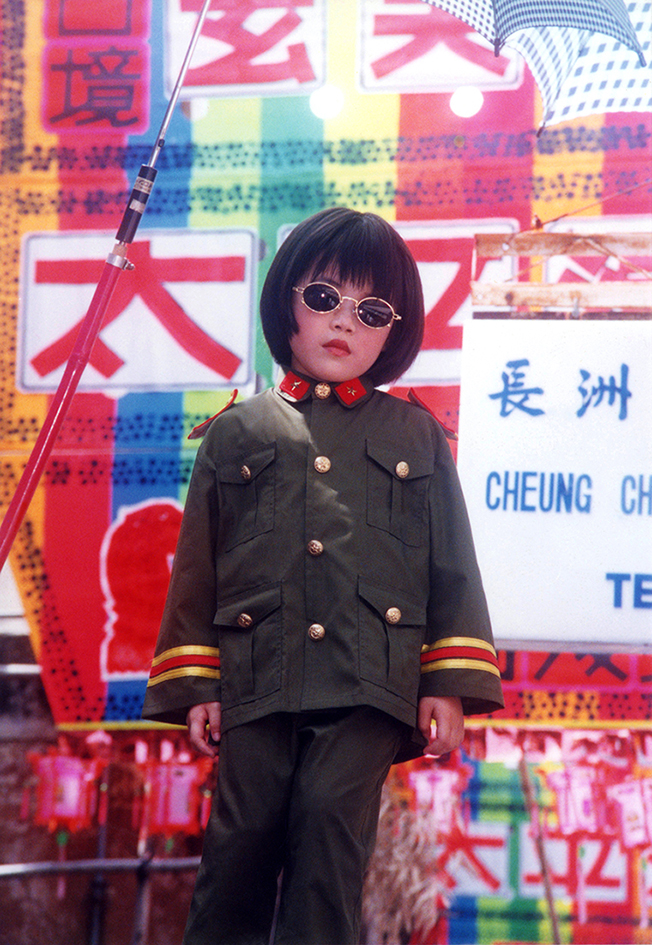 Perhaps most striking in the images, then, is the sense of unity present in the shots. While the UK’s (and the majority of the world’s western nations) and China’s paths have largely diverged in the last 25 years, the photographs show a sense and understanding of common identity on the island. One particularly powerful image shows two children arm in arm trudging through sand, with one wearing a dress printed with the former Hong Kong flag (fitted with a Union Jack in the top left-hand corner), and the other sporting a dress with the new one.

“Some teenagers don’t know what the [old] Hong Kong flag looks like, which is sad,” says Chu. “But this is a record for people so they can find out what Hong Kong looked like before.”

While The Handover was the key event in 1997, much of people’s daily lives went on in the background – something Chu stresses is important not to forget. One picture shows a woman with her hands covering her mouth in shock. “The stock market [crashed], so the housing prices went down,” he says. “So this lady lost lots of money.”

“This was also the news, these [things] also happened in ’97,” he continues. “So it’s not only [about] the politics, but also people’s daily suffering.” 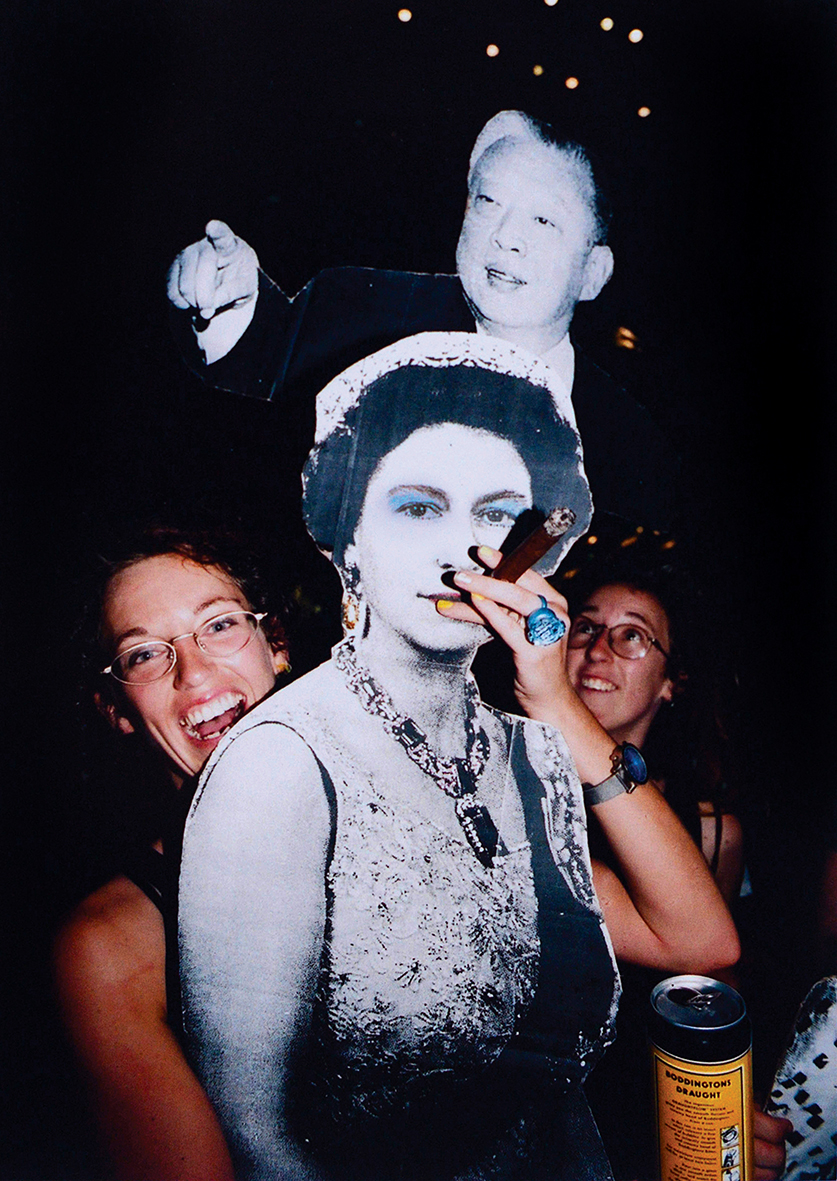 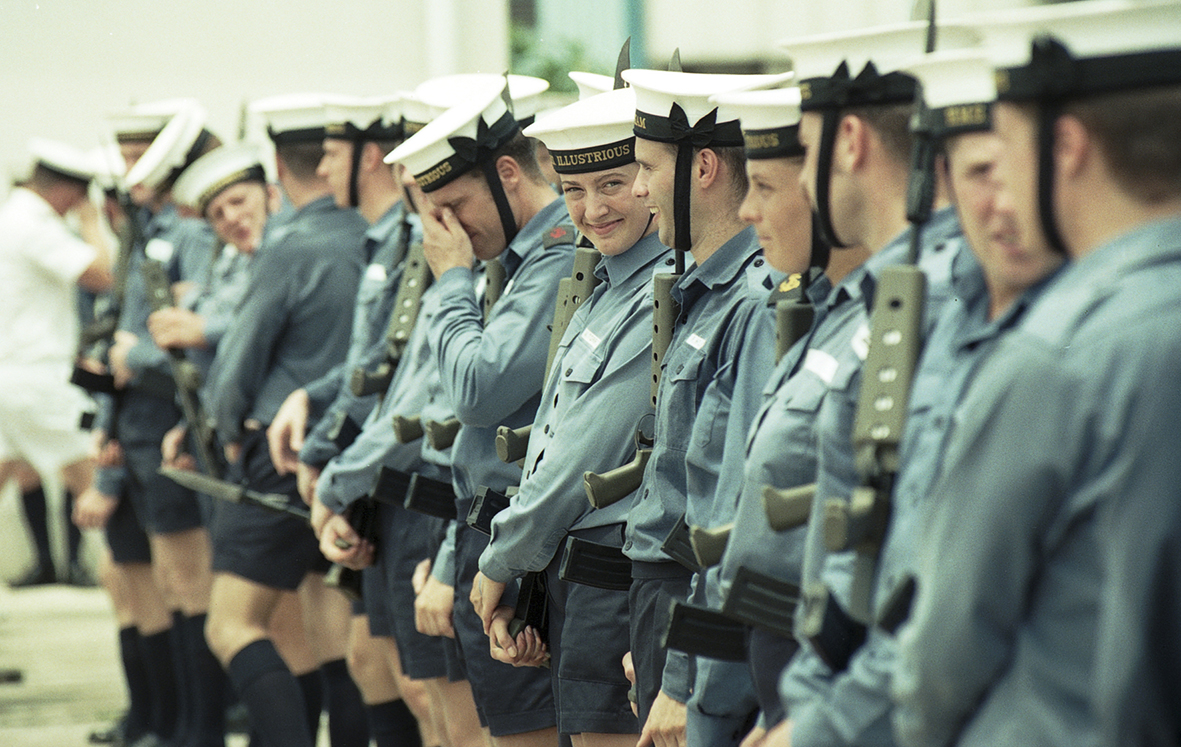 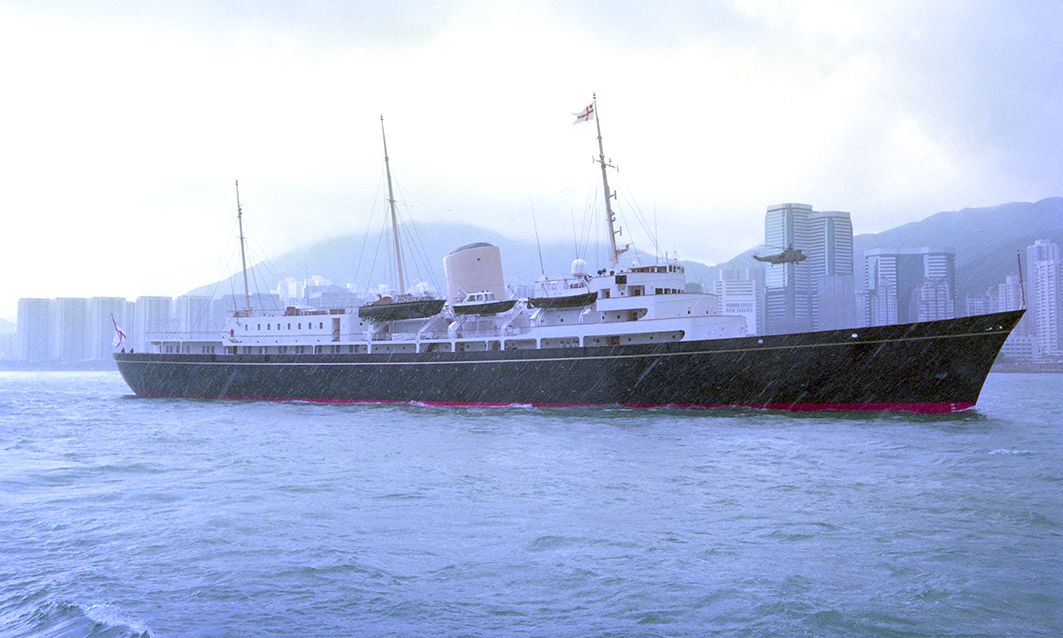 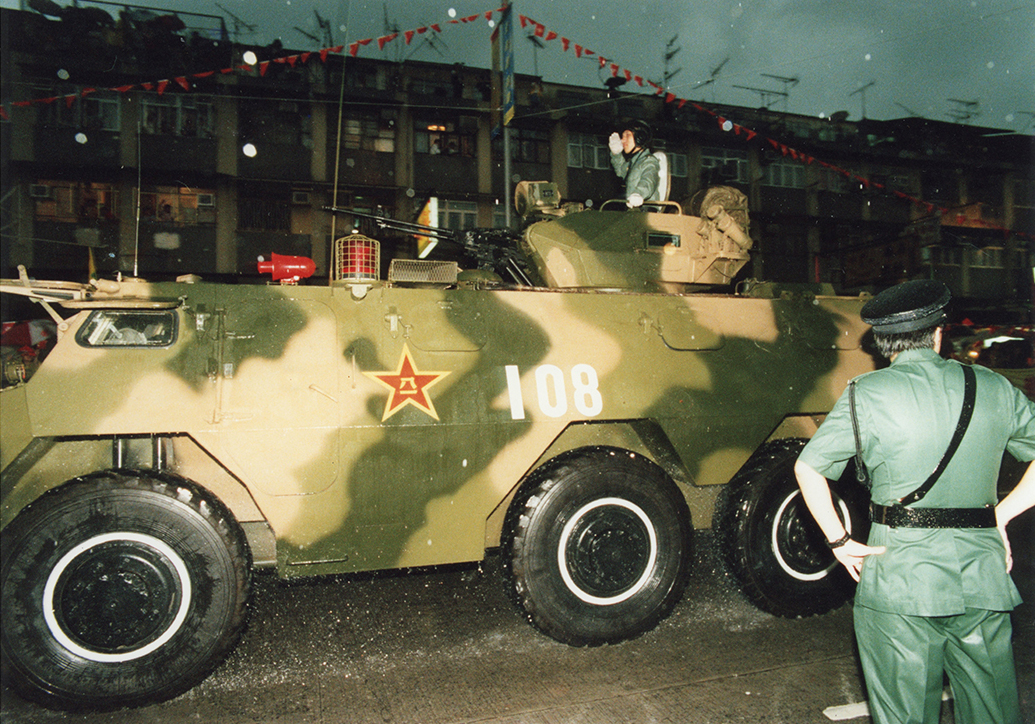 HK1997 by Birdy Chu is published by Zen Photo Gallery.

Linkedin
OTHER ARTICLES
By turning a real-life crisis into daytime television fodder, TV bosses have once again shown themselves to be completely out of touch with audiences.
Photographer David Corio’s archive offers a glimpse inside a revolutionary era of music and nightlife.
Cindy Campbell recounts how her brother ushered in a new era of musical culture at a party she held in the Bronx in ‘70s.
For over a decade, gamblers have won big by employing people to place live bets from the court. But does this dubious method still work?
A group of young Palestinians have found temporary freedom in the act of parkour, reimagining wreckage and ruins as a series of high-octane playgrounds.
The two-day long event returned to London this year, showcasing a spectacular parade, steel bands and Caribbean food.