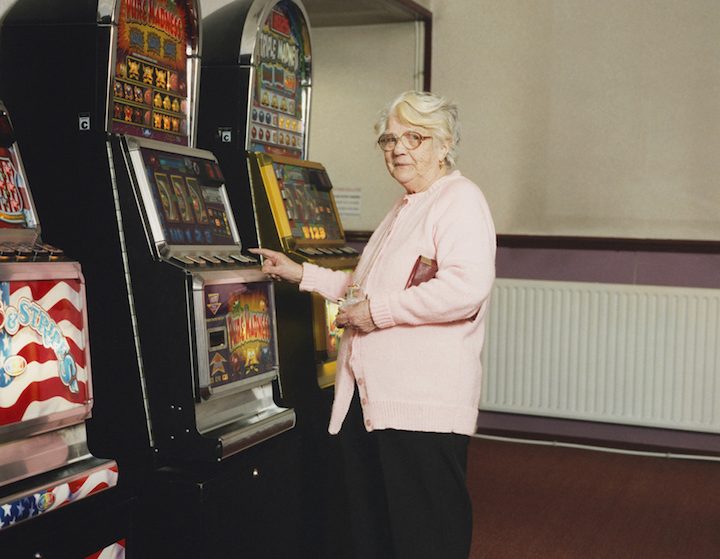 A new exhibition wrestles with complex questions around what it means to be English at a time of strife and political upheaval.

A new exhibition wrestles with complex questions around what it means to be English at a time of strife and political upheaval.

“England and English people have a very warped sense of who they are and their place in the world,” explains Riposte founder and editor, Danielle Pender. “There’s an arrogance and a false sense of entitlement which seems to be fed through our bizarre understanding of our own history.”

At a time characterised by politic turmoil and division, questions around England, and English culture, have become all the more prevalent. A new exhibition curated by Riposte, titled England Your England, aims to open up this conversation, by inviting photographers to submit an image that they feel best sums up English culture in the current moment.

For London-based photographer Rhiannon Adam, it’s a photo of a man’s Winston Churchill tattoo, titled ‘Spliff no Cigar’. For Wendy Huynh, it’s the youthful ambition and mixed Chinese-English heritage captured in her photograph, ‘The Man Sisters’. Photographer Sophie Stafford submitted a portrait of an elderly lady at a Bingo club, while Nina Manandhar chose an image from her Gurkha Sons series – a collection of photos documenting a new generation of British-Nepalis. 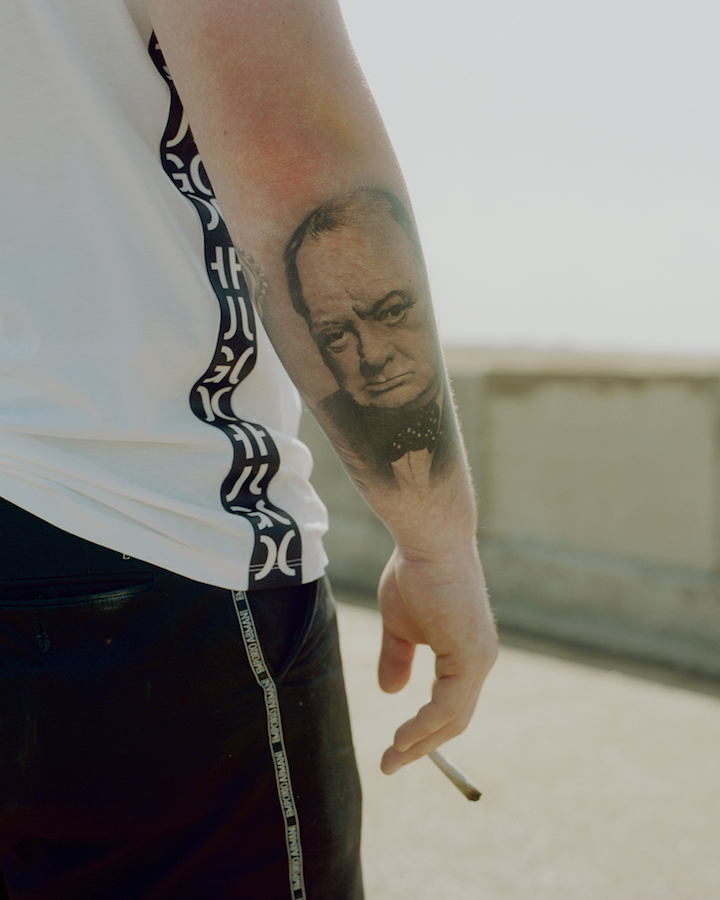 Spliff no Cigar by Rhiannon Adams

These photographs – alongside images from Juliet Klottrup, Jameela Elfaki, Adama Jalloh, Kerry J Dean and Annie Lai – make up the exhibition, which is currently showing at Coal’s Drop Yard. Submitted as a meditation on contemporary English culture, collectively, the nine photographs aim to “examine the differences between who we think we might be as a nation and who we really are,” and are accompanied by a zine featuring a specially commissioned poem by Rene Matic.

Despite hailing from different corners of the country, the images share an understanding and common appreciation for England’s eclectic make-up. A mixture of individual portraits and group shots, the exhibition paints a powerful portrait that considers the many facets of English identity, from the good to the sometimes very ugly.

The exhibition, Pender says, was motivated by the racism that followed the Euros and the Commission on Race and Ethnic Disparities report that unfairly dismissed genuine concerns, as well as the unfurling reality of Brexit. “It’s really embarrassing, but at the same time I do love this country, because it’s so weird and as this project shows, it’s full of amazing people and stories.” 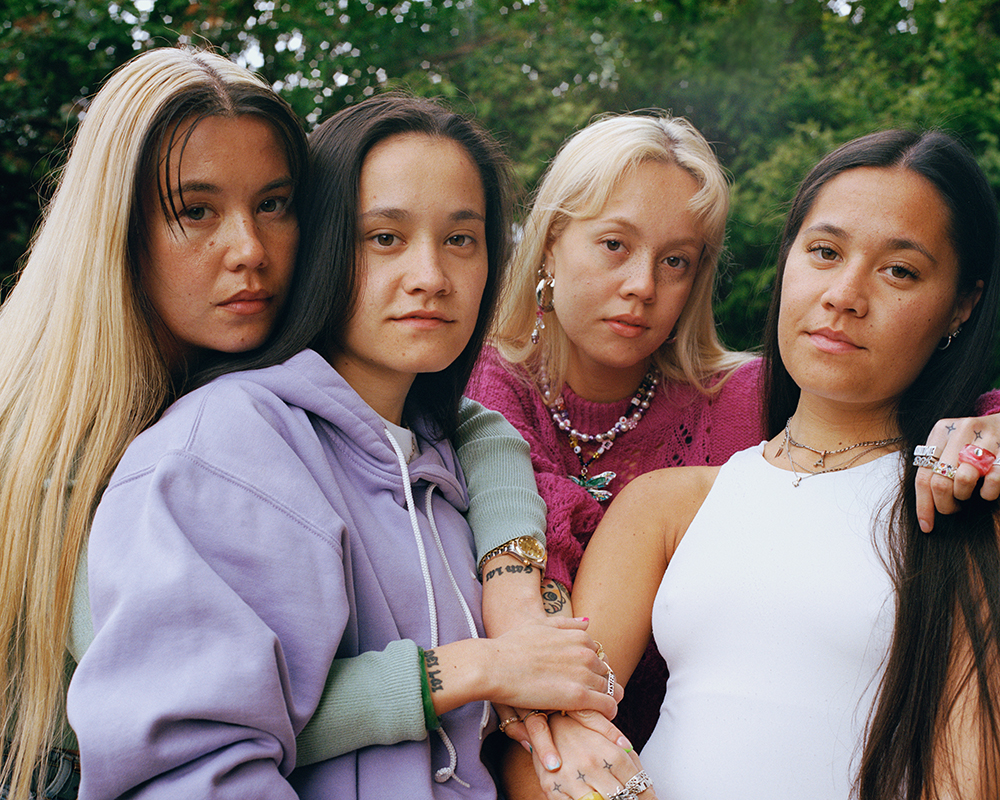 The Man Sisters by Wendy Huynh

The exhibition borrows its title from George Orwell’s 1941 essay, in which the novelist attempts to define what English culture is and who English people are at a time when the threat of Nazism was very real. “I’d read the essay a while ago and I think about it very often. Right now, it feels like a pivotal time in English history as we come out of the EU but we’re not sure what impact this is going to have on everything,” says Pender. The project was initiated as a sort of health check, she says, a loose measure of England’s values in 2021.

The accessibility of the show, which is free, is a testament to the spirit of the project, and was an important element for Pender. “I love going to galleries, but there is an exclusivity and formula,” she says, “it still often feels very sterile and even when the art has been created out of chaos they’re shown in these very staid ways.” 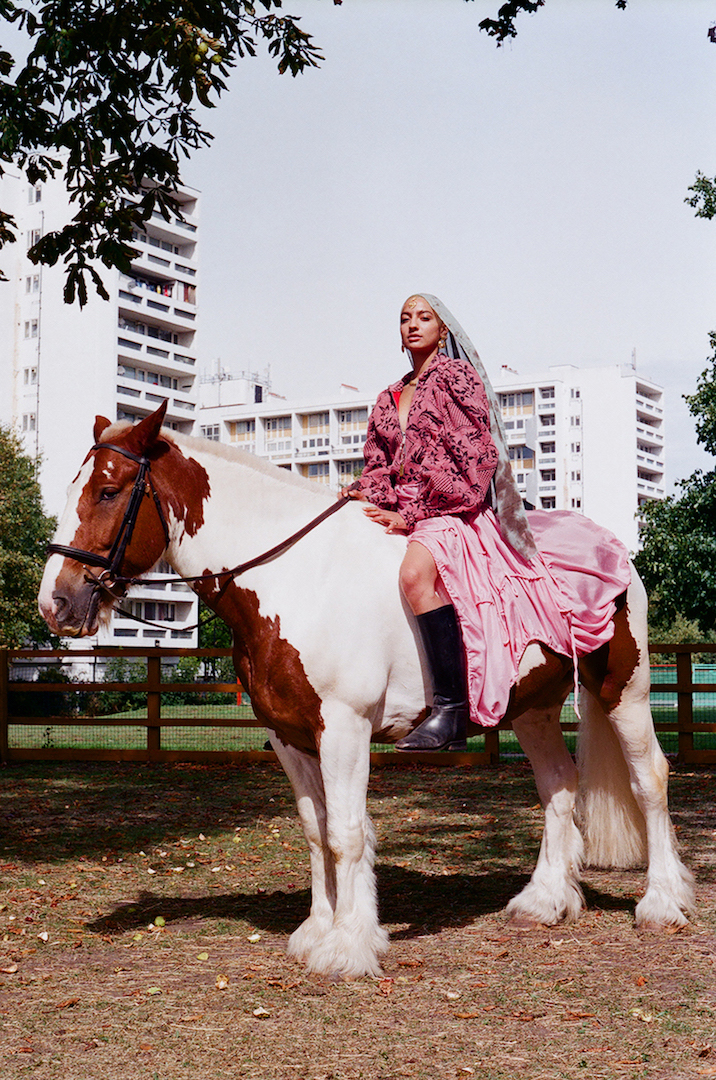 England your England instead engages with its surroundings, offering visitors a welcome invitation: “I love art that you come across outside of galleries, that people who might not feel comfortable in galleries or museums can go and see or come across by accident.”

Selected on account of their differing styles and contrary geographies, the nine images offer separate narratives that each present a unique perspective on England today. For Pender, the photograph of Klottrup’s neighbour shearing sheep in Yorkshire was particularly moving. “That way of life is so harsh and physical and we all depend on it but it’s not often seen,” she explains. “They shear the sheep for their wellbeing – not to make money out of wool as they can’t compete with the price of synthetic materials now. That says something really heavy about the state of the modern world.” 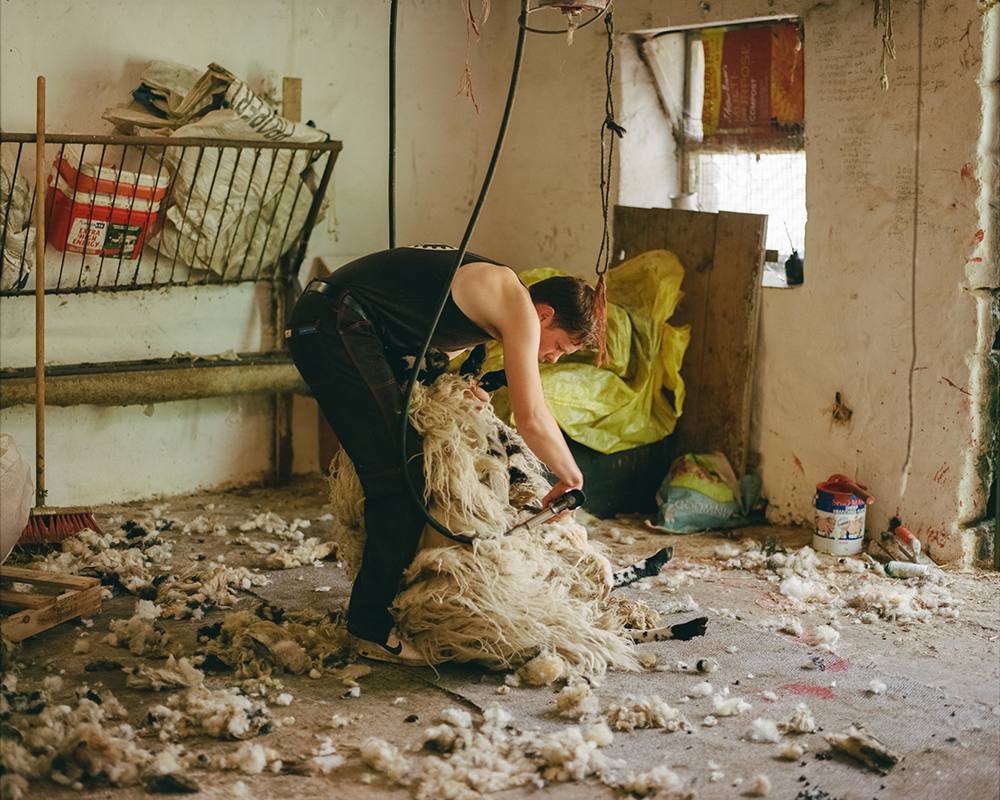 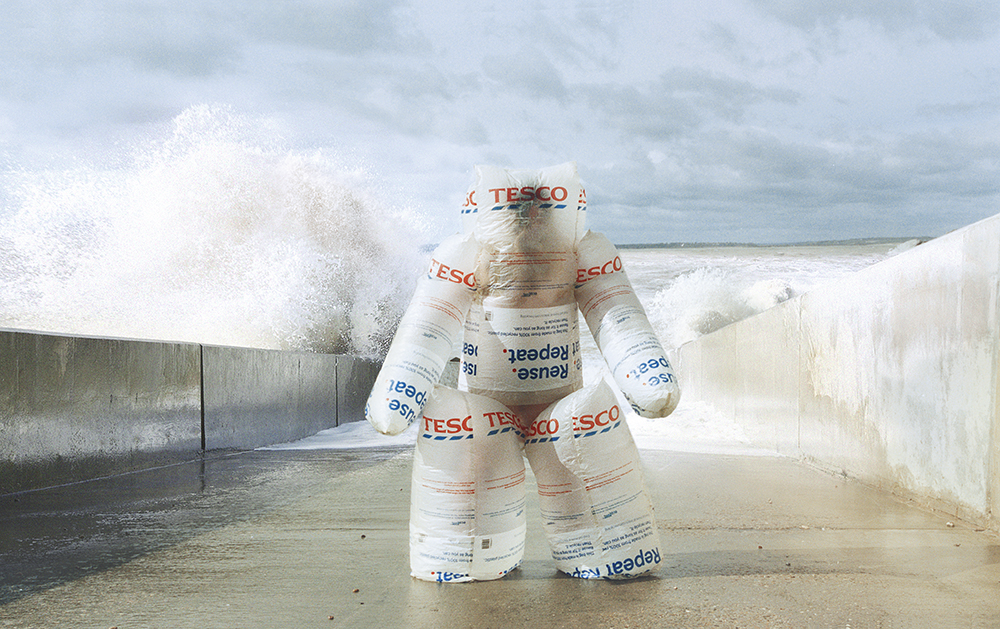 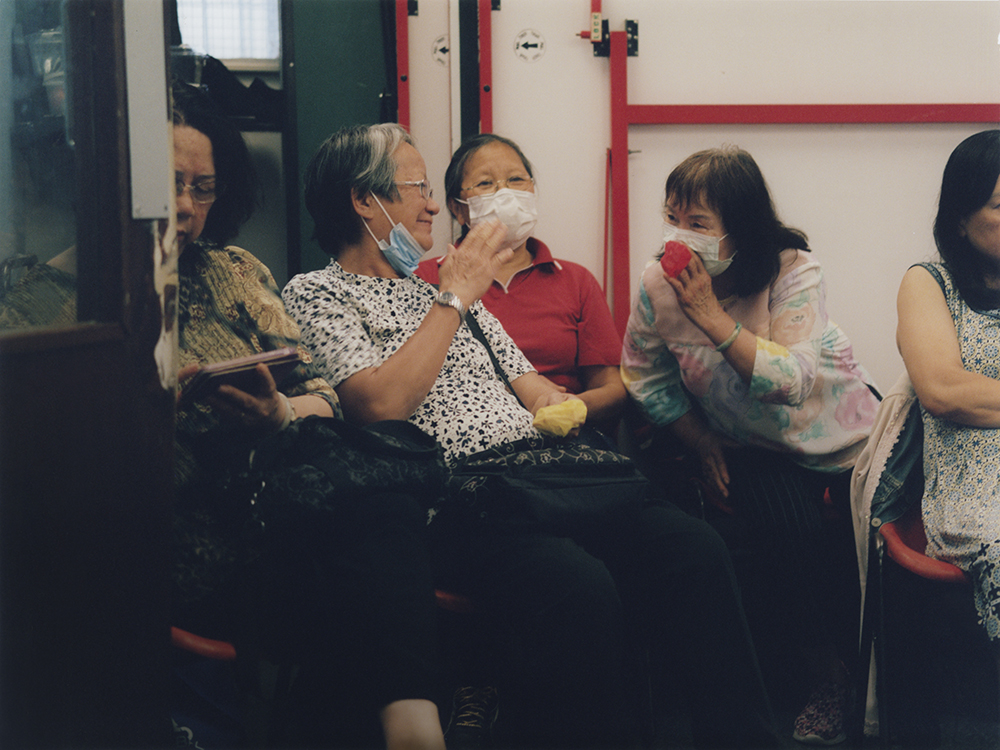 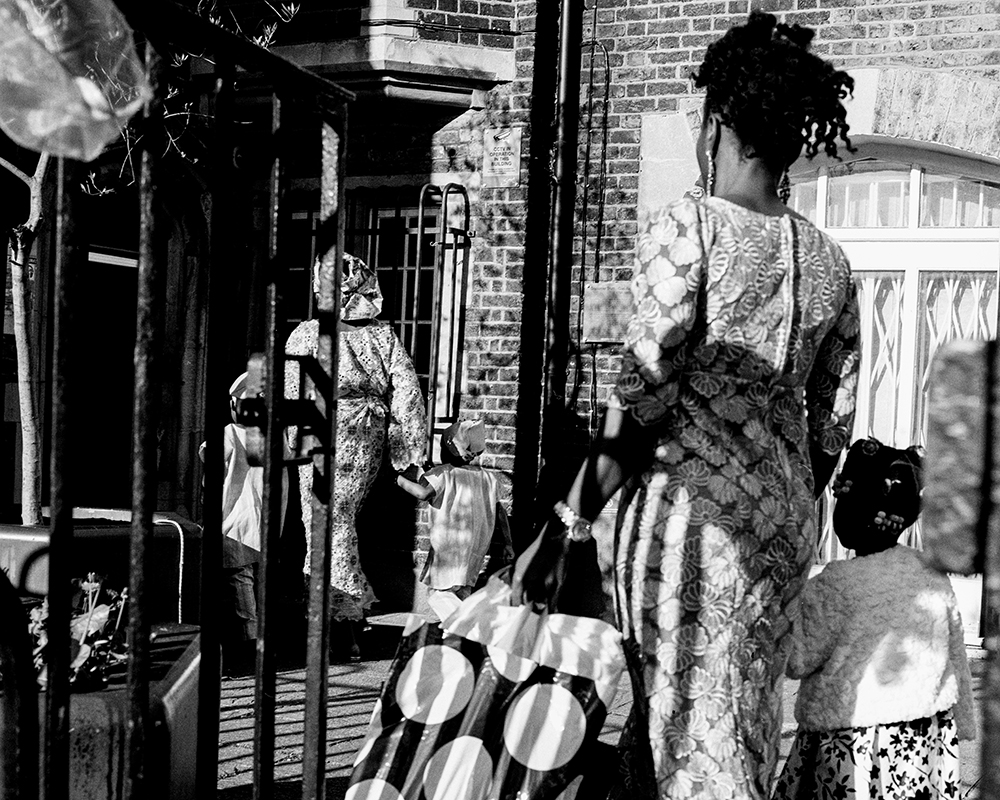 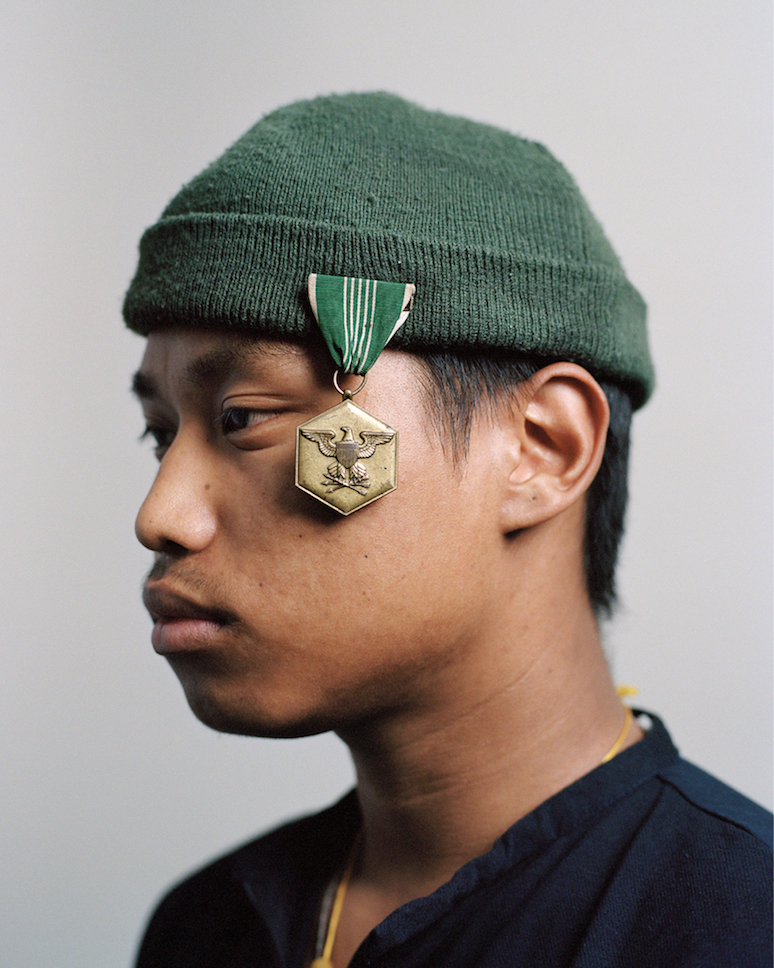 England Your England is at the Outside Gallery, Coal Drops Yard, from 8 September to 14 November. The collection has also been made into a limited edition zine featuring INGLAN, a specially commissioned poem by Rene Matic available to buy on Riposte’s official website.

Linkedin
RELATED ARTICLES
OTHER ARTICLES
After news broke last week around an expected reversal of the 1973 landmark law that made abortion legal in the US, protestors gathered in the UK in support of American women.
The revered showbiz chronicler recalls his journalistic beginnings, documenting subcultural scraps in the ’80s.
Following the release of his latest album God Don’t Make Mistakes, the rapper talks horror villains, police brutality and being unafraid to show his vulnerable side.
Shifting the focus from the cost of living crisis to tackling obesity while many starve or freeze is farcical and pointless, writes Fatzine founder Gina Tonic.
Following the release of his newly republished 1991 book, Redheads, the American photographer reflects on his celebration of ginger people and their magnetic power.
In the latest OFFF Dispatch, the enigmatic designer dives into his process, connecting the dots between his unique and varied creative output.