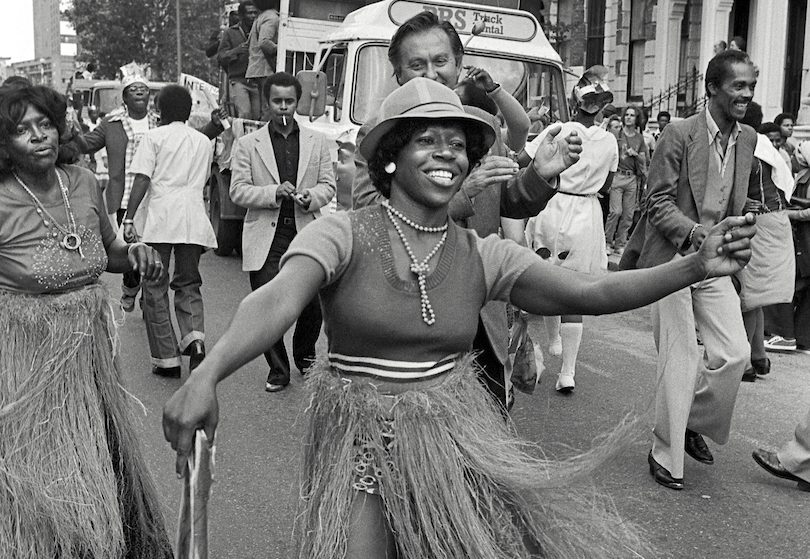 A new book revisits Philip Wolmuth‘s photographs of West London during a turbulent decade for the area, relating a vision of community photography with social justice at its core.

A new book revisits Philip Wolmuth‘s photographs of West London during a turbulent decade for the area, relating a vision of community photography with social justice at its core.

Socially concerned photography, which dates back to the work of Jacob Riis and Lewis Hine, has the power to change lives by shining a light on how the other half lives. In the 1970s, Philip Wolmuth, then in his 20s, began using photography to document the Horniman’s Adventure Playground in North Kensington where he worked, and got involved with community activism in North Paddington.

“Philip was interested in documenting the society we live in and the way people live and work, and felt very comfortable behind the camera,” says his partner Jane Matheson, and their children Anna and Eva Wolmuth.

“Philip has a strong sense of social justice and has always been strongly anti-establishment. He sought to document the reality of people’s lives in an unjust society, including community struggles, housing problems, low paid work, cuts to public services.” 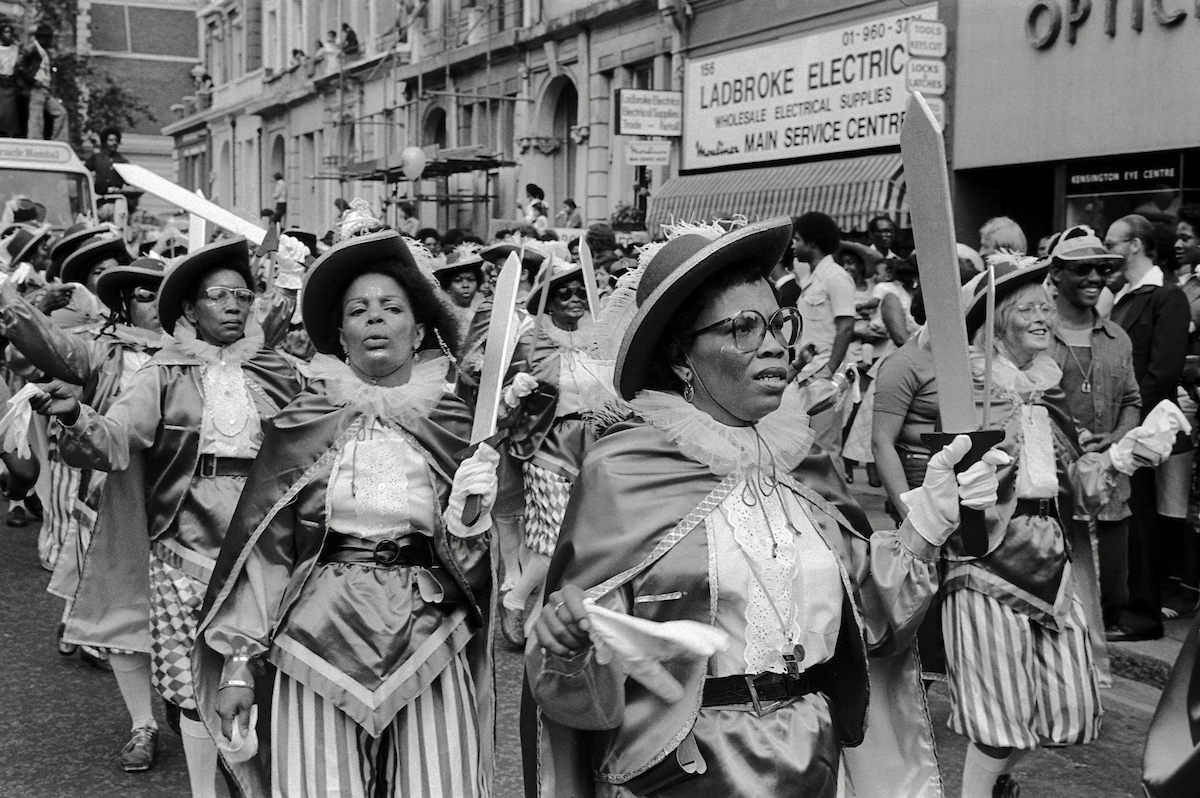 The Dominica Carnival and Arts Group in Ladbroke Grove, 1981 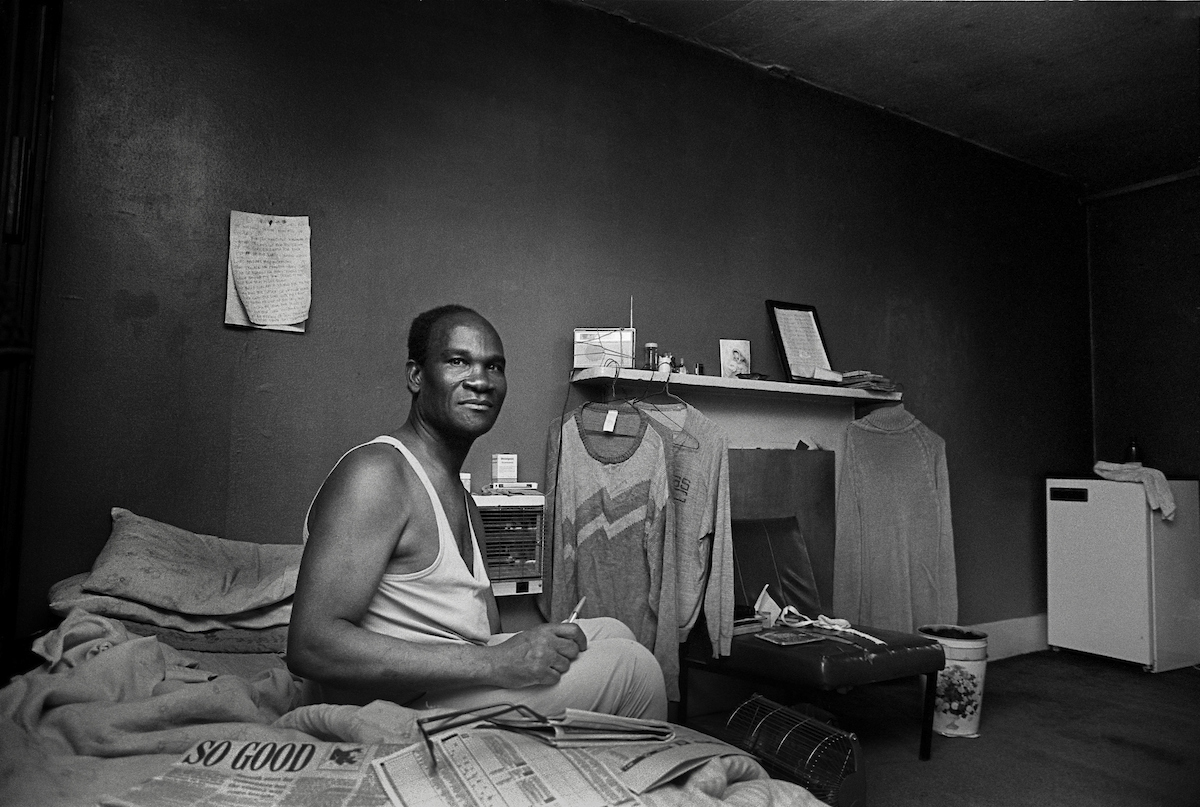 Emmanual Aimable, a tenant of Hazel Court, a private rooming house in Bayswater, West London, notorious for its disrepair and harassment of tenants by the landlord

Encouraged by local community artists and activists, Wolmuth established the North Paddington Community Darkroom (NPCD) on the borders of Portobello and Notting Hill in 1976. Inspired by Paul Carter, who started the pioneering Blackfriars Photography Project in 1973, Wolmuth developed a vision of community photography that extended far beyond the creation of images.

“Photography came to be an integral part of group activities,” Matheson and the Wolmuths say. “NPCD taught camera and darkroom skills to local residents, and supported the campaigns and regular activities of local community organizations. Philip ran classes, putting together laminated displays and tape-slide shows, and worked with participants to build a photographic archive of local issues and events.”

In the new book, Notting Hill 1970s (Café Royal Books), Wolmuth revisited his archive to explore the political, social, and cultural issues facing the Afro-Caribbean community during a turbulent decade. Inspired by anti-colonial and postcolonial struggles in the 1970s, Wolmuth documented the world right outside his door. 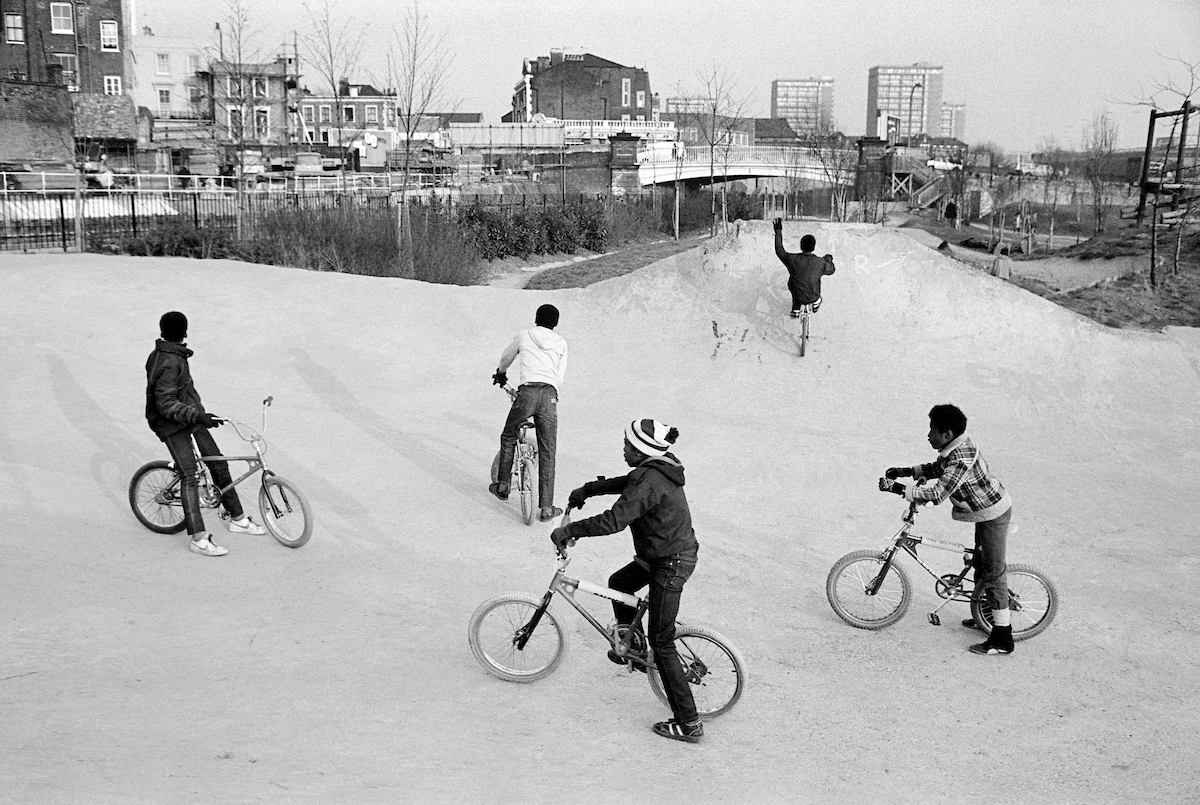 Young bikers on the first skateboard bowl in Meanwhile Gardens, a community-run park next to the Grand Union canal in North Paddington, 1983 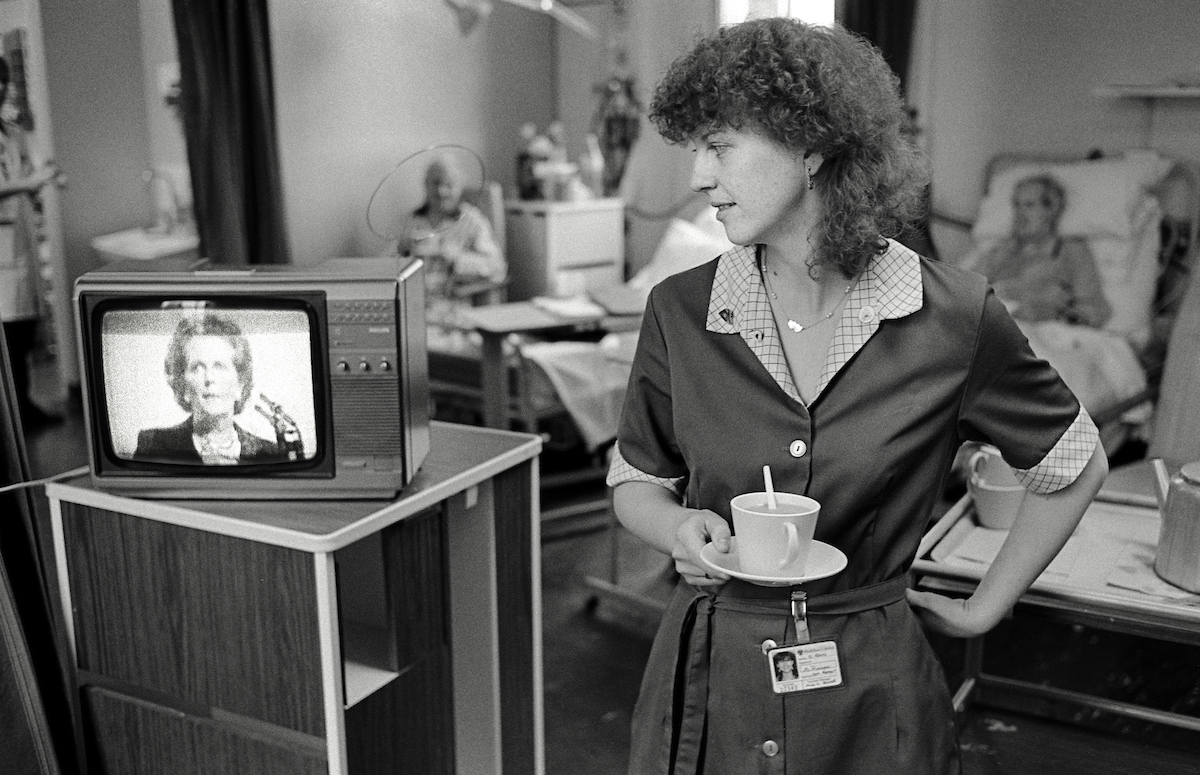 “There was a notion in the 1970s of the ‘concerned’ photographer, but it’s more accurate to describe Philip’s work as socially committed,” says photographer Neil Martinson. “He played a key role in many campaigns that really did change peoples’ lives for the better, and not many photographers can claim that. He documented the lives of people who are often unseen and unheard.”

In Wolmuth’s photographs, we not only see the degradation of the community suffering from an acute housing shortage, substandard private housing, overcrowding, insecurity and high rents, but we also witness the triumph of spirit in the fight to overcome systemic discrimination. In Wolmuth’s hands, photography became a tool that couple be used to empower local residents, promote cooperative approaches, and encourage critical thinking about conventional forms of representation.

Looking back on the era, Wolmuth told the British Journal of Photography in 2010: “The early community arts groups sought to democratise the arts – to engage those who did not otherwise relate to the ‘mainstream’ arts world – by making the arts relevant to their daily lives and experiences…. Community photography was not only part of the wave of grassroots activism of the time, it was also part of a concurrent politicisation of photography itself.”

Philip Wolmuth died the week of February 21, 2021. Our deepest condolences to his family and loved ones. 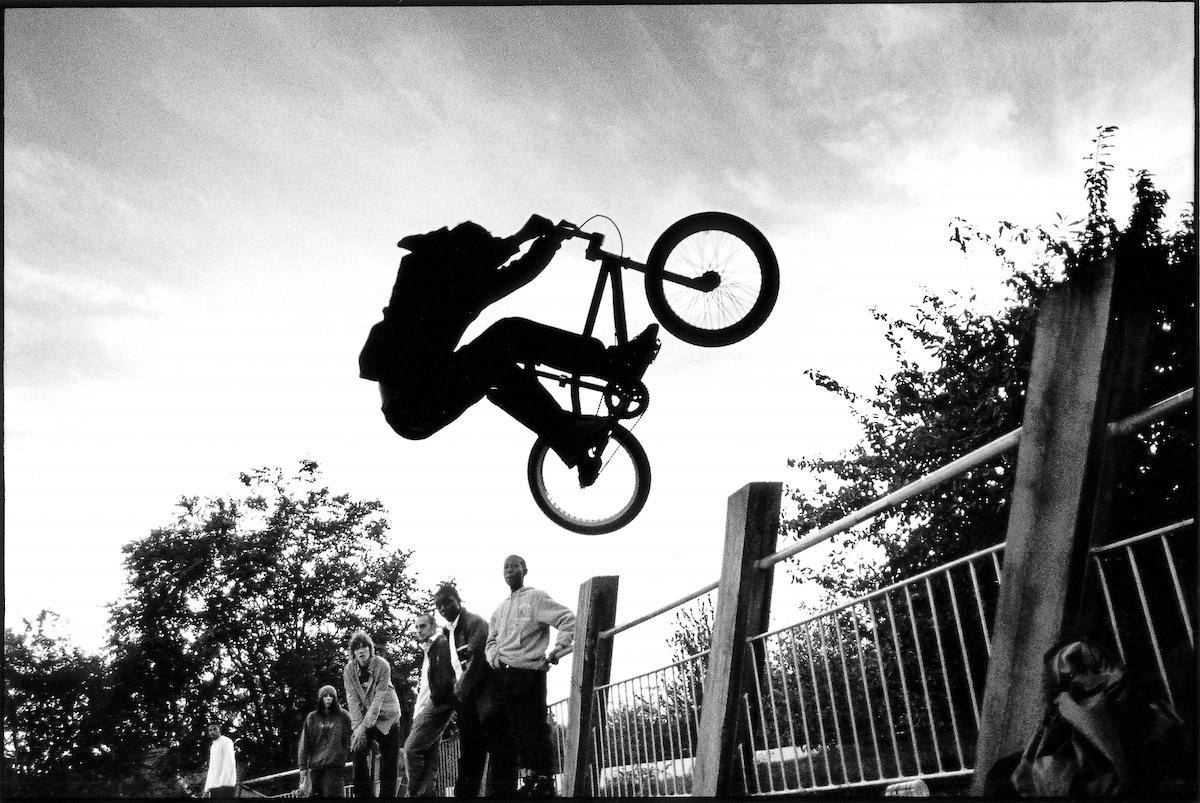 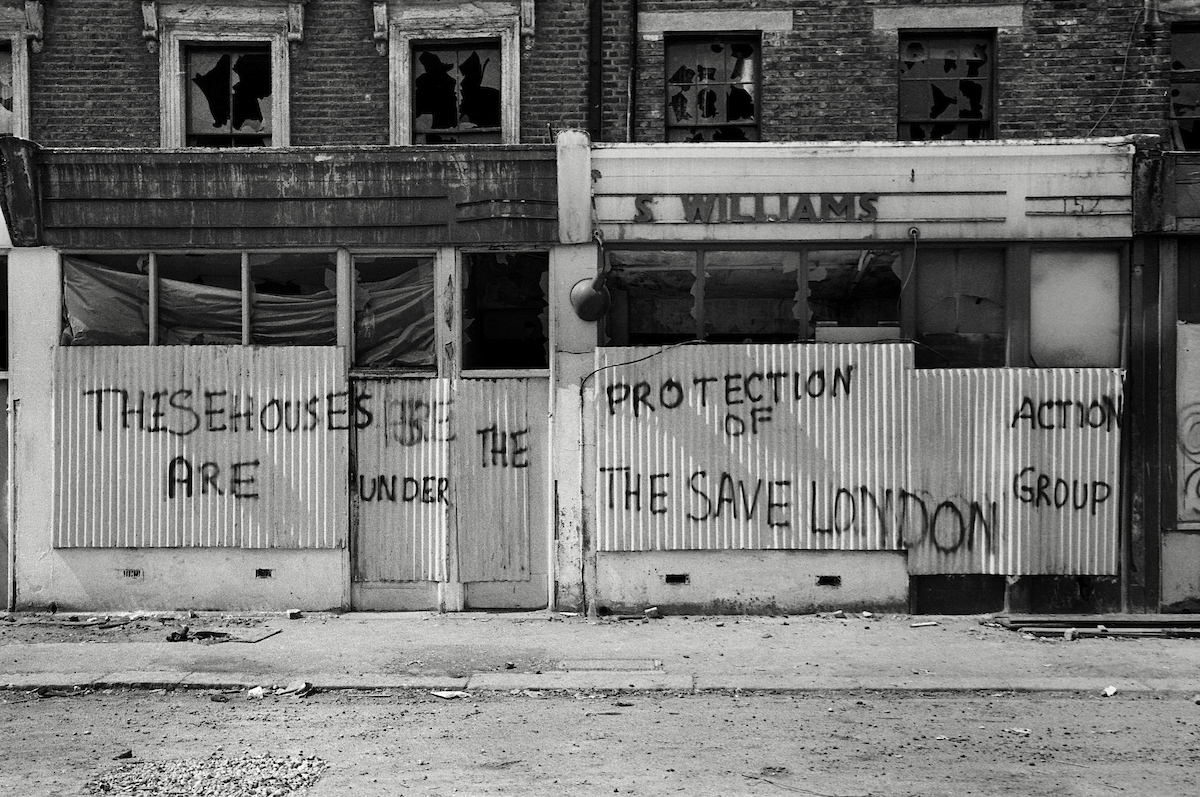 Demolition of shops and houses in Kensal Road, North Kensington, 1975

Notting Hill 1970s is out now on Café Royal Books.

Linkedin
RELATED ARTICLES
OTHER ARTICLES
In the wake of the decision by the supreme court to overturn Roe v Wade, thousands of protestors filled the streets to express their rage and anguish.
LGBTQ+ students are keeping the spirit of the original Pride alive by fighting for liberation for everyone, not just their community.
The author discusses the all-consuming nature of heartbreak, and turning the experience into an incisive exploration of love and loss.
With inflation now at a 40-year-high of 9 per cent, demonstrations organised by TUC took place to demand action from the government.
Thomas Hoepker‘s images taken during a road trip across America provide a searing social commentary about a divided country.
A new edition of a seminal book brings together iconic images of the band onstage in their full glory and backstage in moments of unguarded camaraderie.