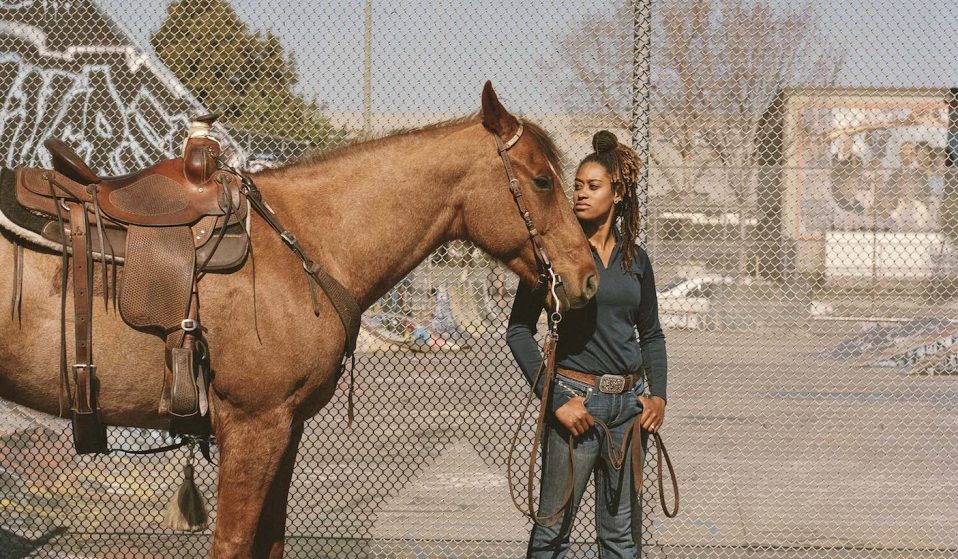 The only touring Black rodeo on earth, the Bill Picket Invitational Rodeo (BPIR) is named after Bill Pickett (1870–1932): a legendary figure who emerged on the American rodeo circuit that sprung up following the Civil War. Once liberated, Black Americans accounted for 25 per cent of the cowboys working the range across the South and the West.

Pickett appeared in Wild West shows and early Hollywood films alongside luminaries including Buffalo Bill, Will Rogers, and Tom Mix, while also advancing the sport itself with the invention of steer wrestling. Yet it wasn’t until 1972 that Pickett became the first Black person inducted into the National Rodeo Hall of Fame – some 40 years after his death.

Since 1984, the BPIR has been home to Black Americans with a deep love for their heritage. El Salvadoran photographer Gabriela Hasbun attended her first BPIR in 2007 and quickly fell in love with the majestic displays of sport, style, culture, and pride. “There was so much beauty everywhere, the people, the horses, their clothing and culture,” she says. “My senses were overwhelmed.” 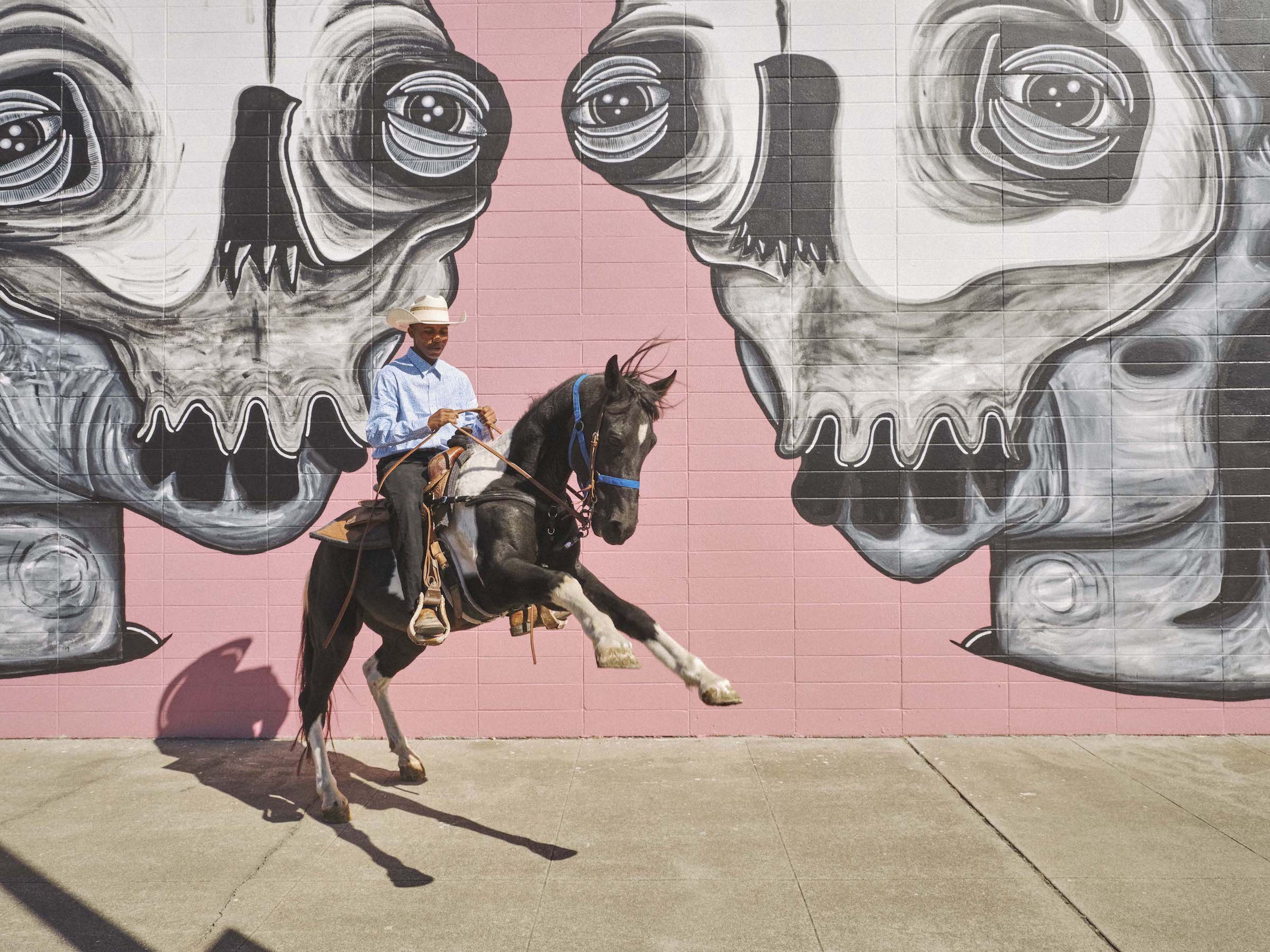 The following year, Hasbun returned with a medium format camera in tow on a mission to make behind-the-scenes photographs of the contestants. The experience left such a profound impression that Hasbun embarked on a 14-year project that has culminated in the recent publication of The New Black West: Photographs from America’s Only Touring Black Rodeo (Chronicle).

“One of my favourite aspects of documenting folks at the BPIR is that cowboys and cowgirls incorporate a lot of their culture and personal styles to their attire and to their horse wears,” she says. “It’s clear that something completely new is being forged in the collision of classic and contemporary – and in doing so, exploring what it means to be a cowboy today, in and out of the arena.” 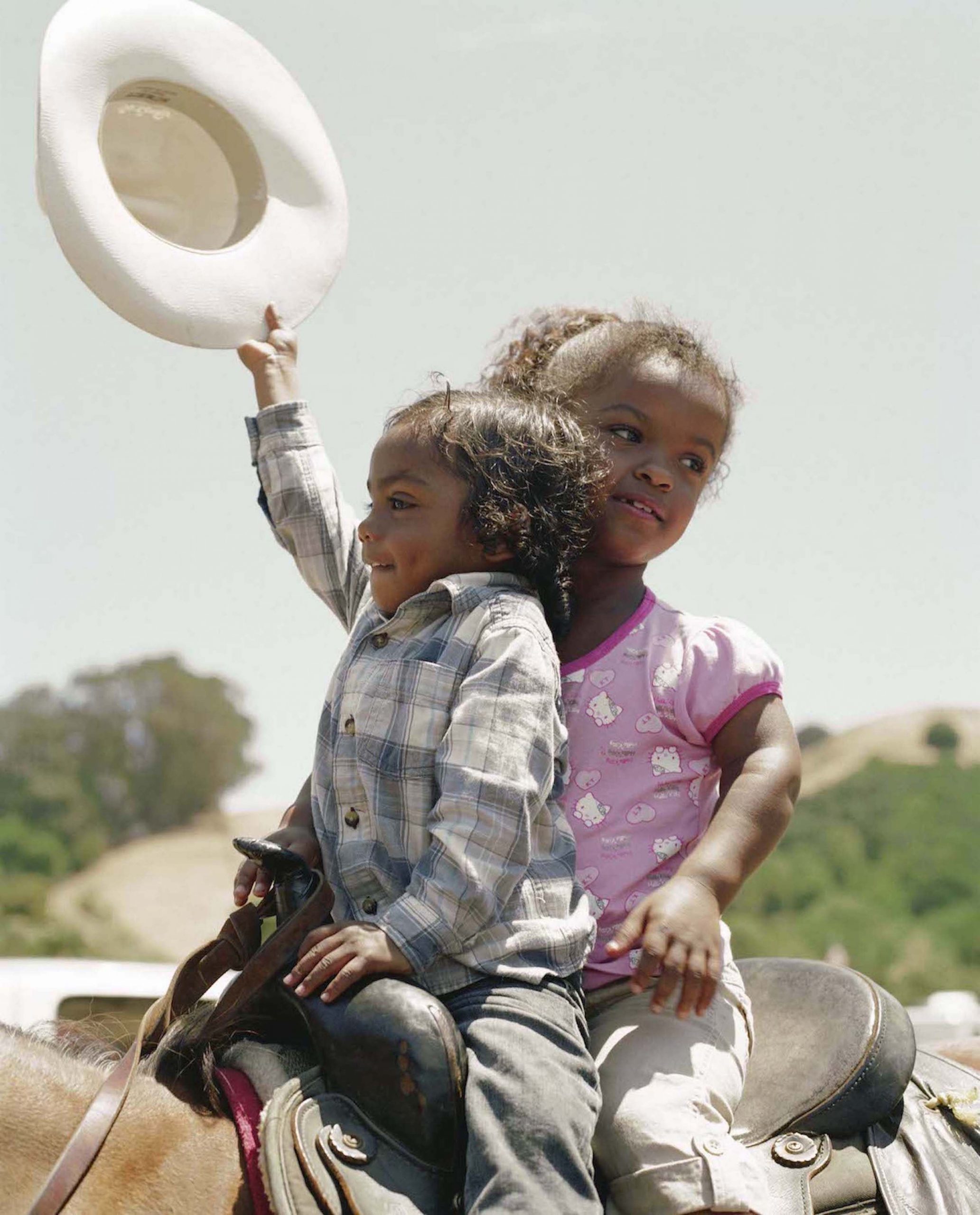 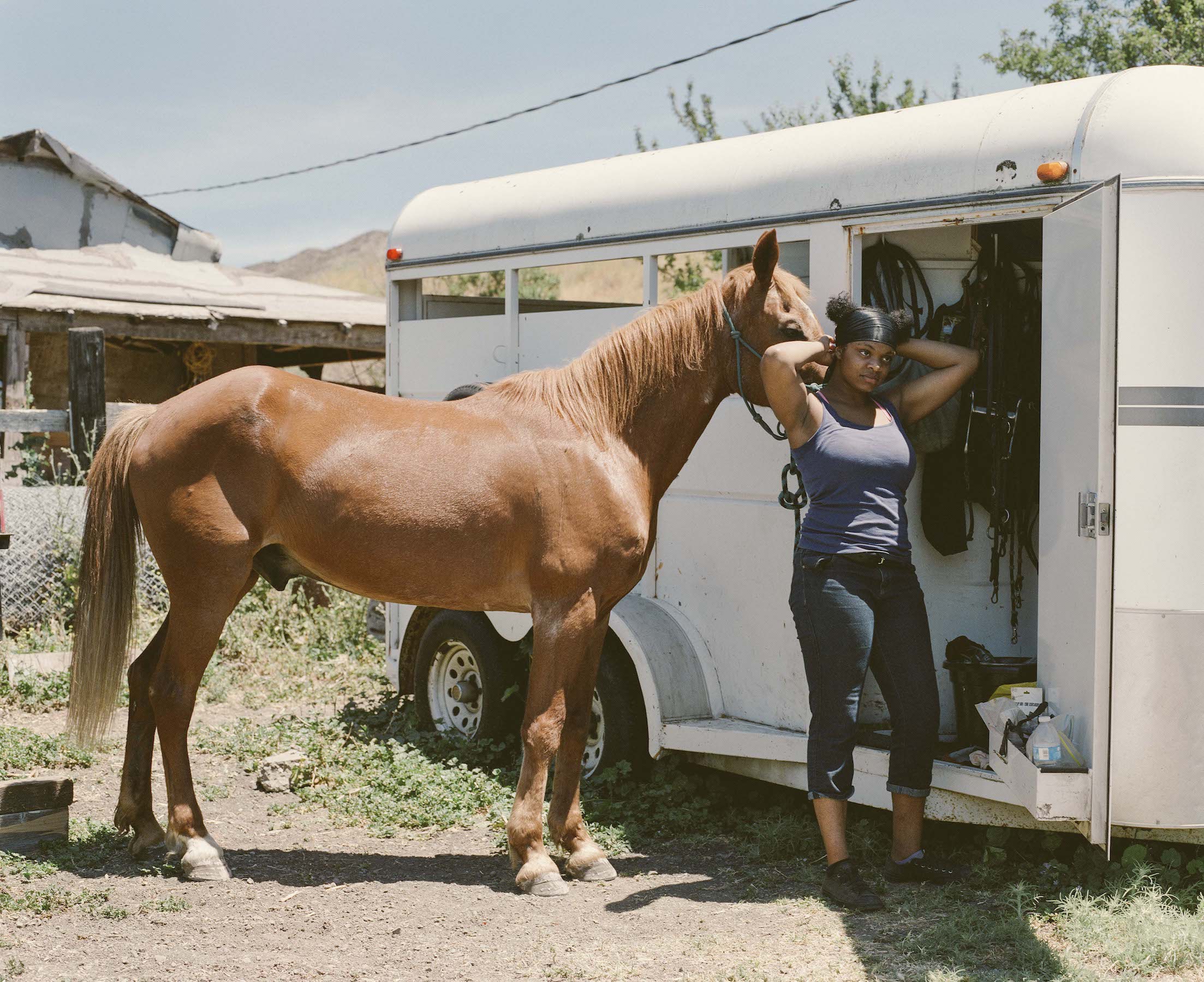 Bull rider Tank Adams told Hasbun, “With bull riding, you’re gambling with your life, and you got one chance to go out there and slay a dragon. The world thinks we’re crazy. For bull riders, the world pretty much disappears when you get on the back of a bull. All your problems disappear. Anything that you’re going through… it’s gone for that period of time.”

Hasbun embraces extraordinary displays of athleticism, aesthetics, and community at the BPIR, a spirit that can be felt through her photographs. “I’ve learned so much from the cowboys and cowgirls, most of all, to commit 100 per cent or more to something you love doing and do it well,” she says. “And to build community where ever you are, as they will always raise you up.” 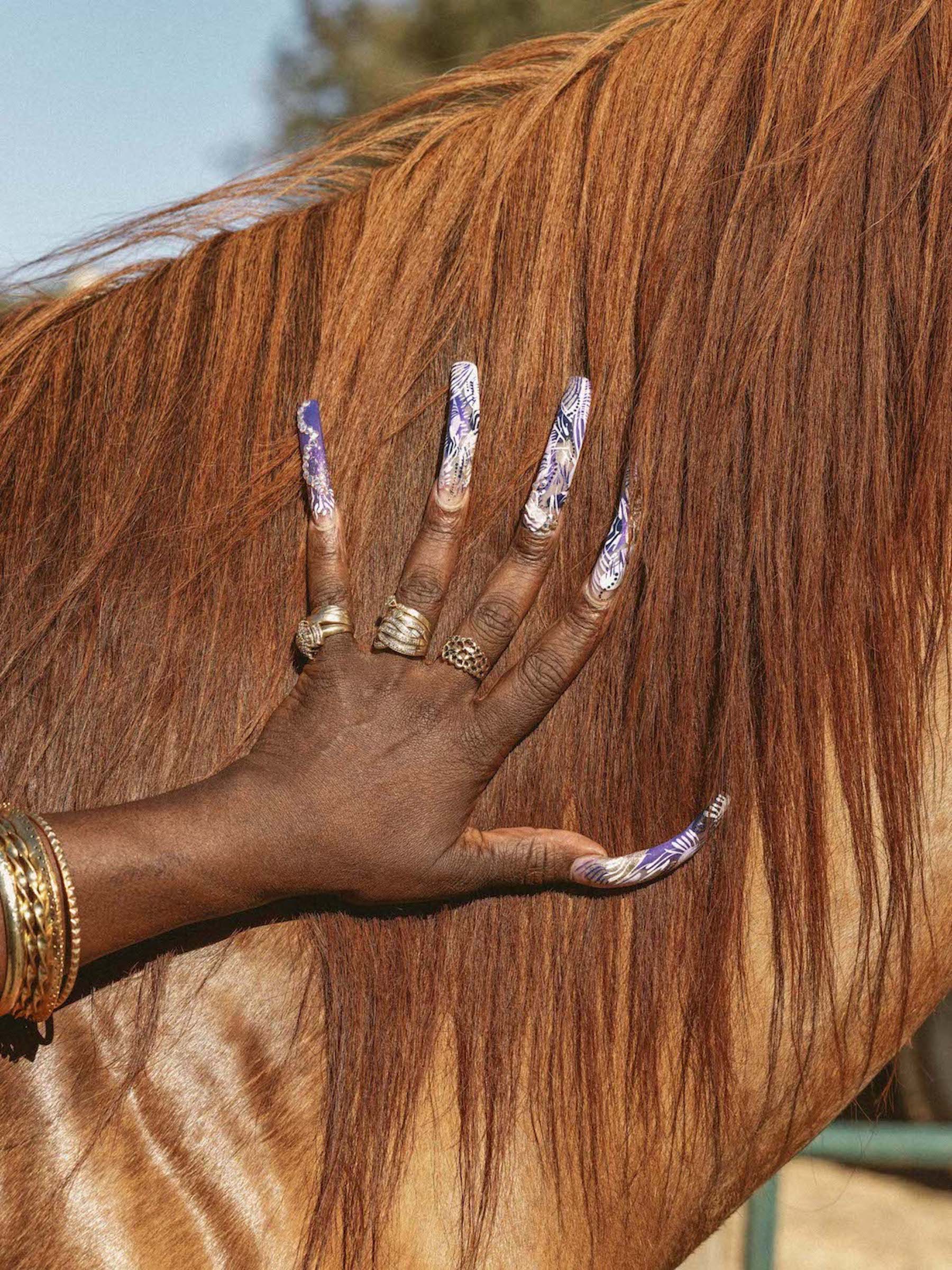 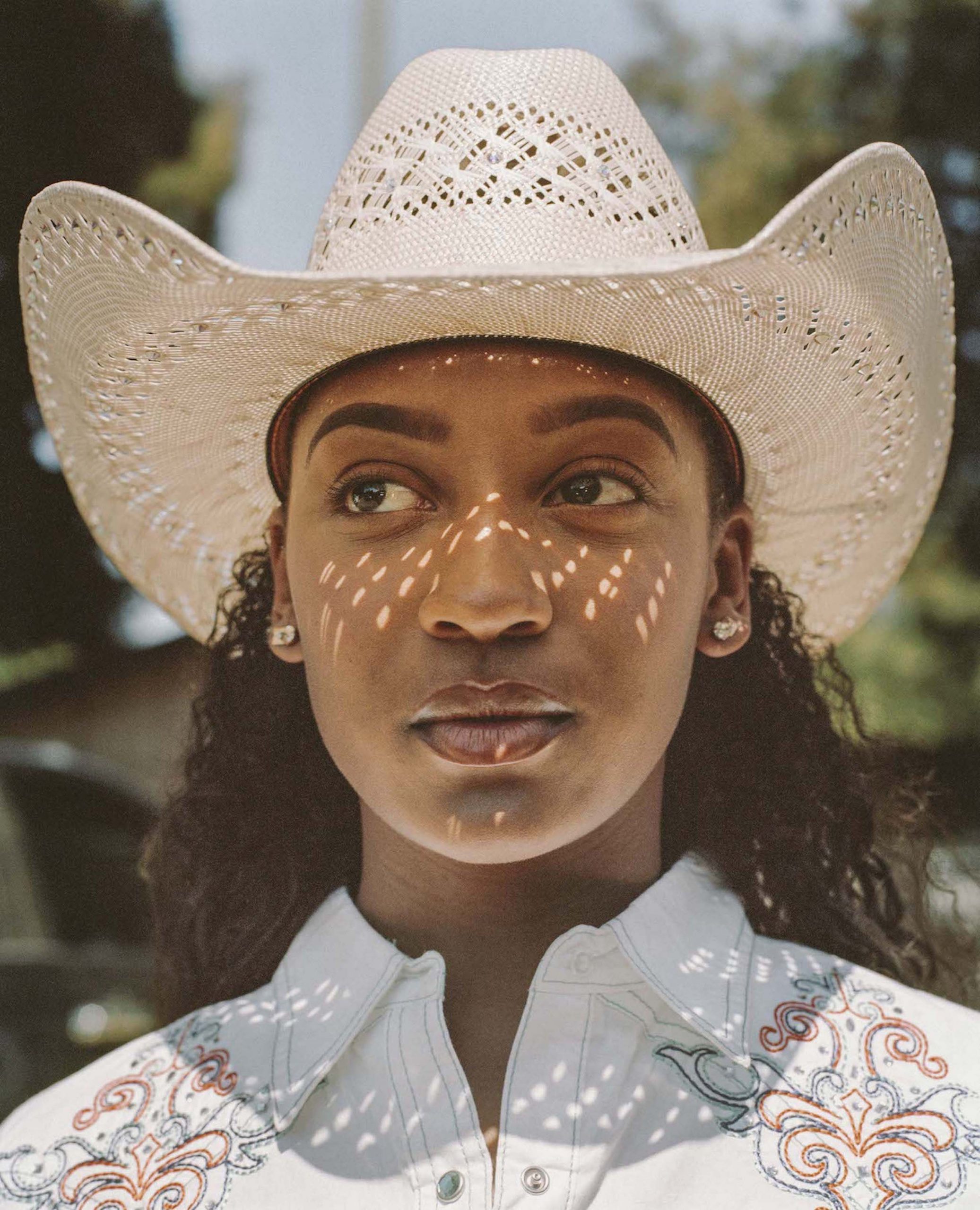 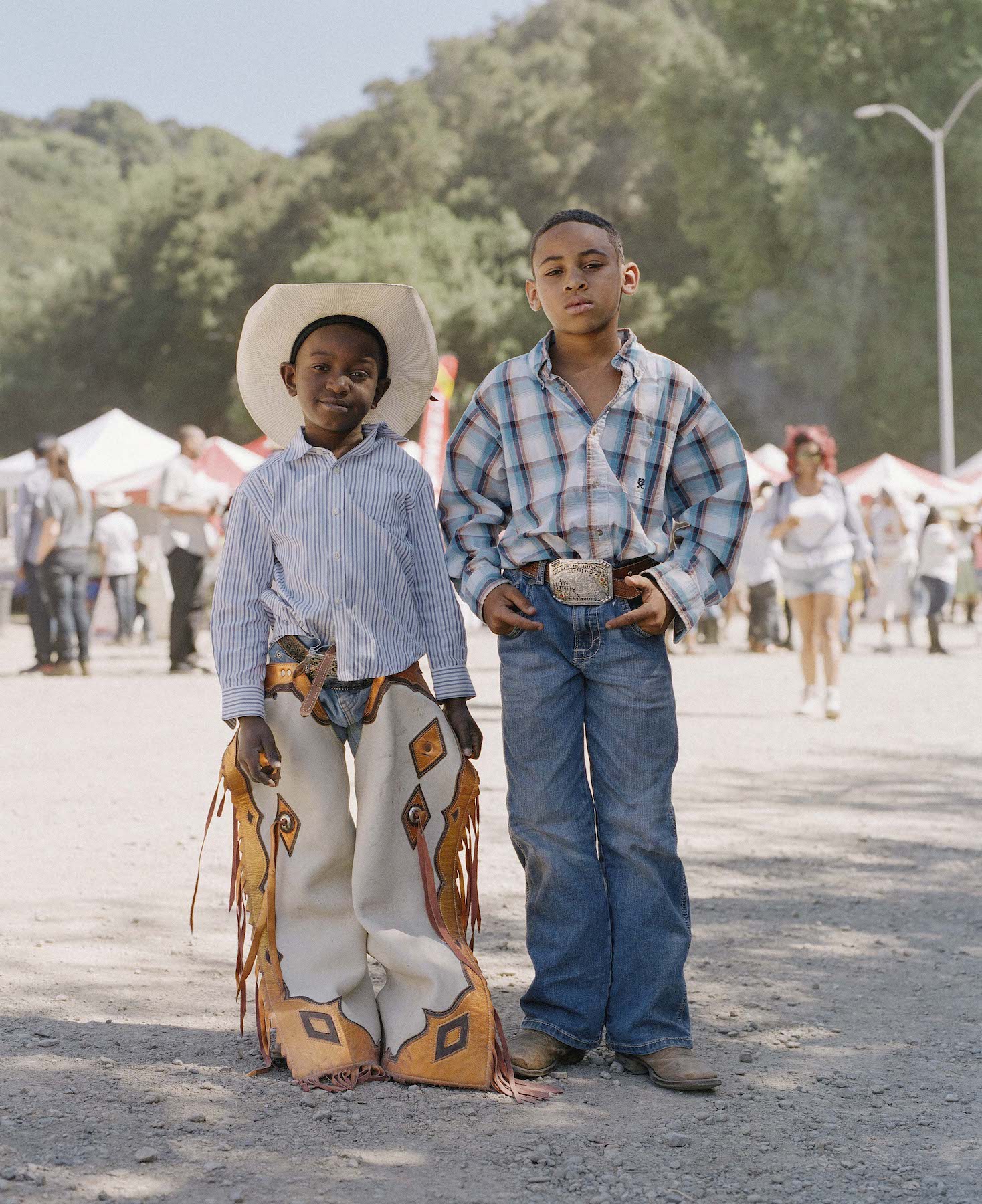 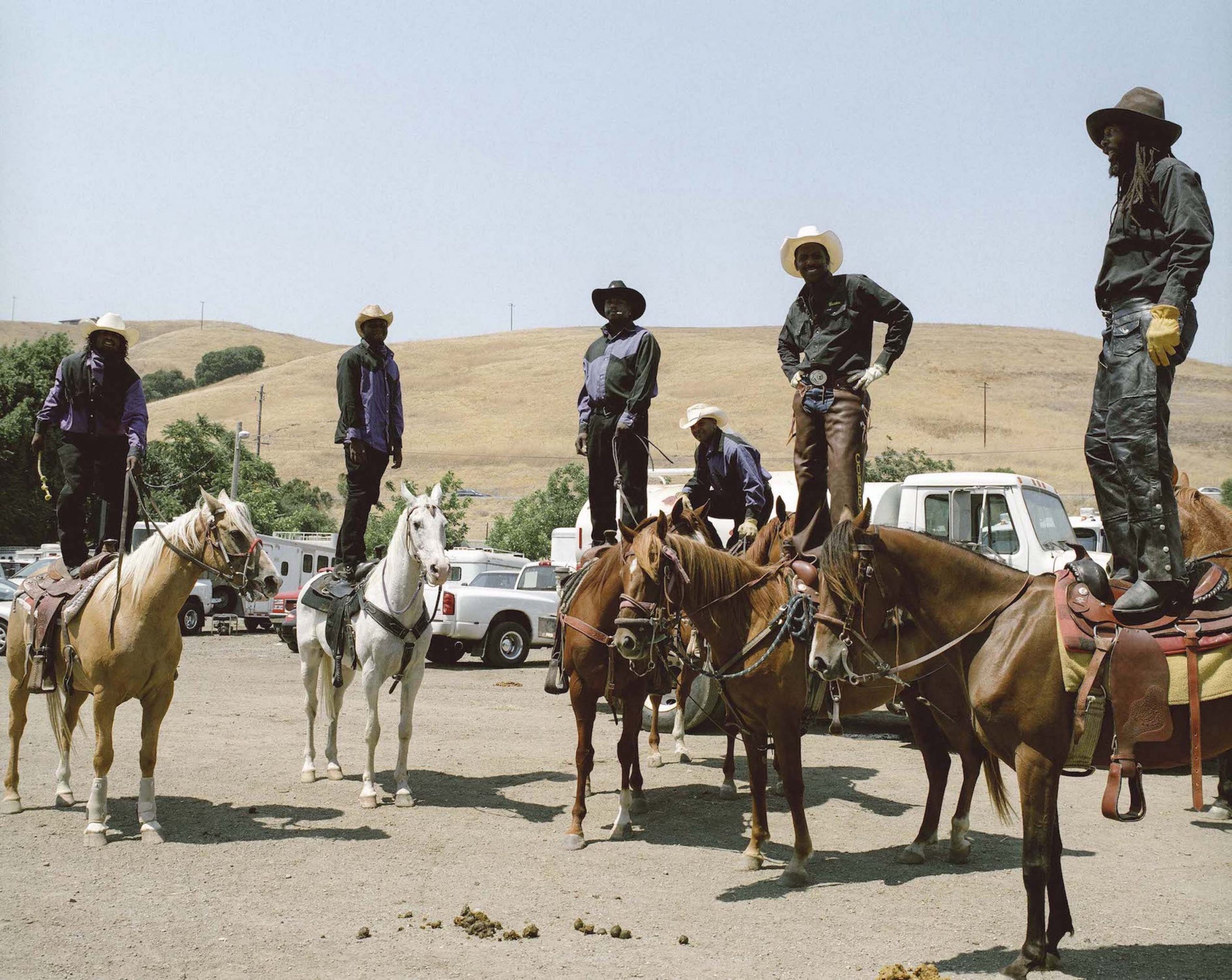 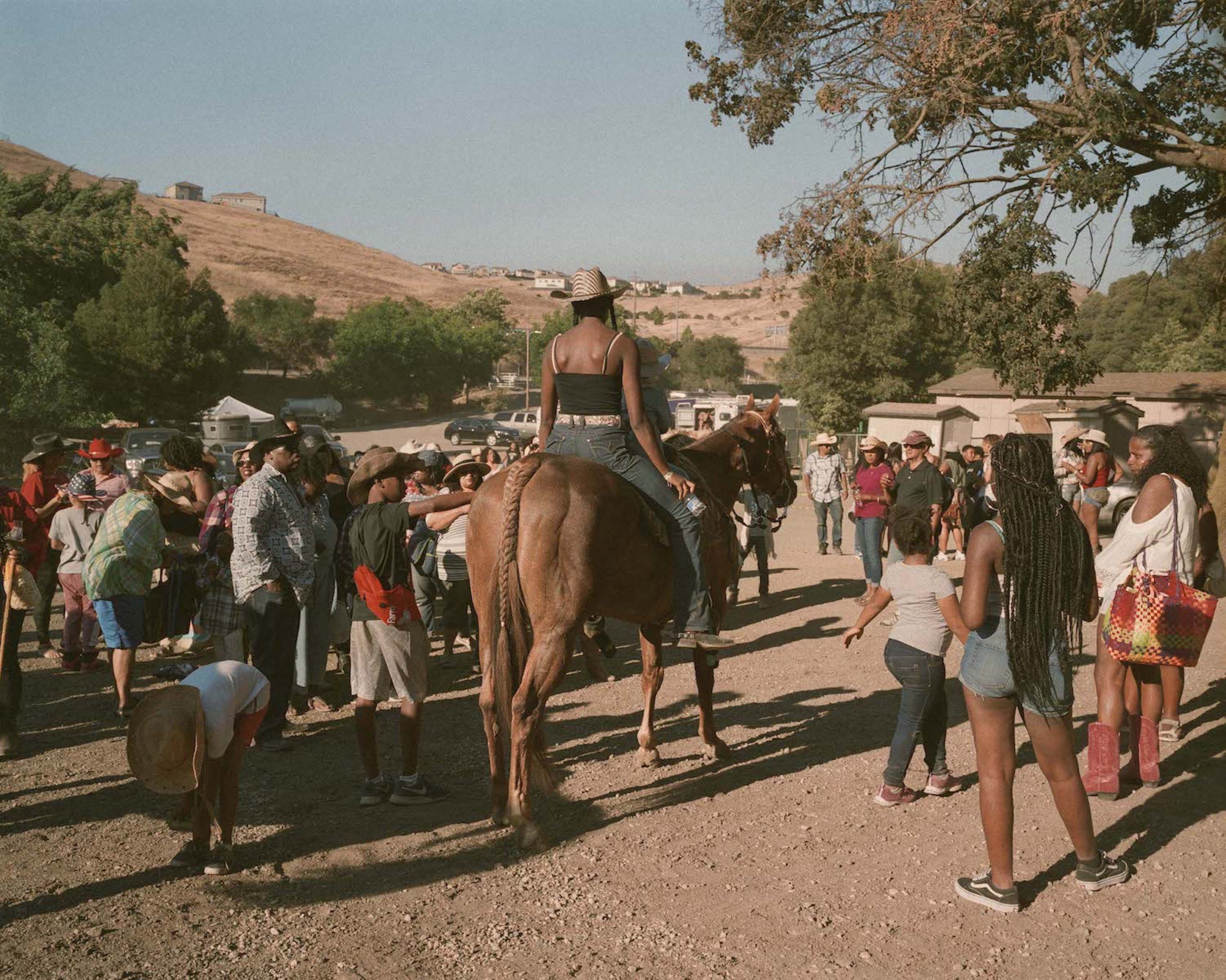 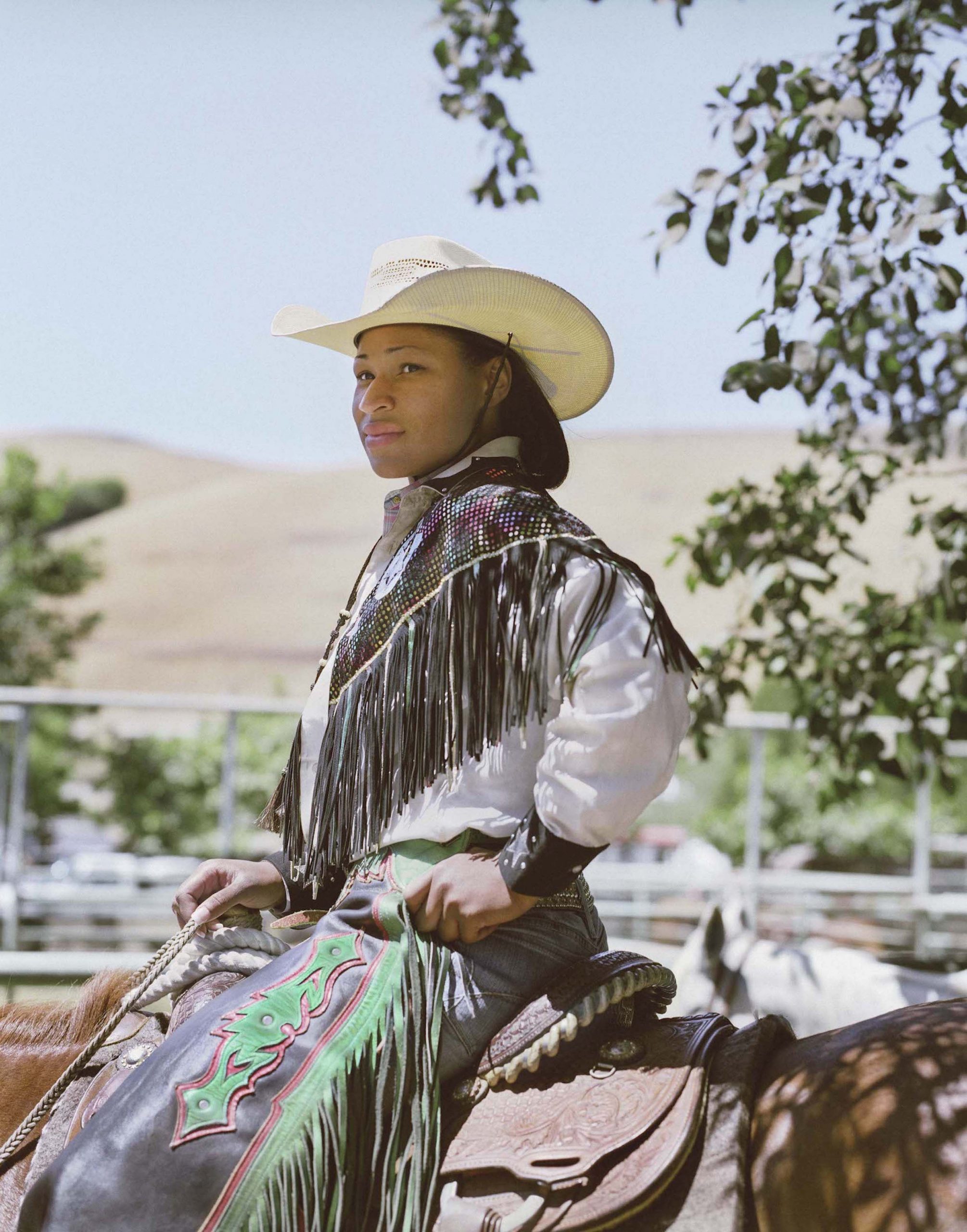 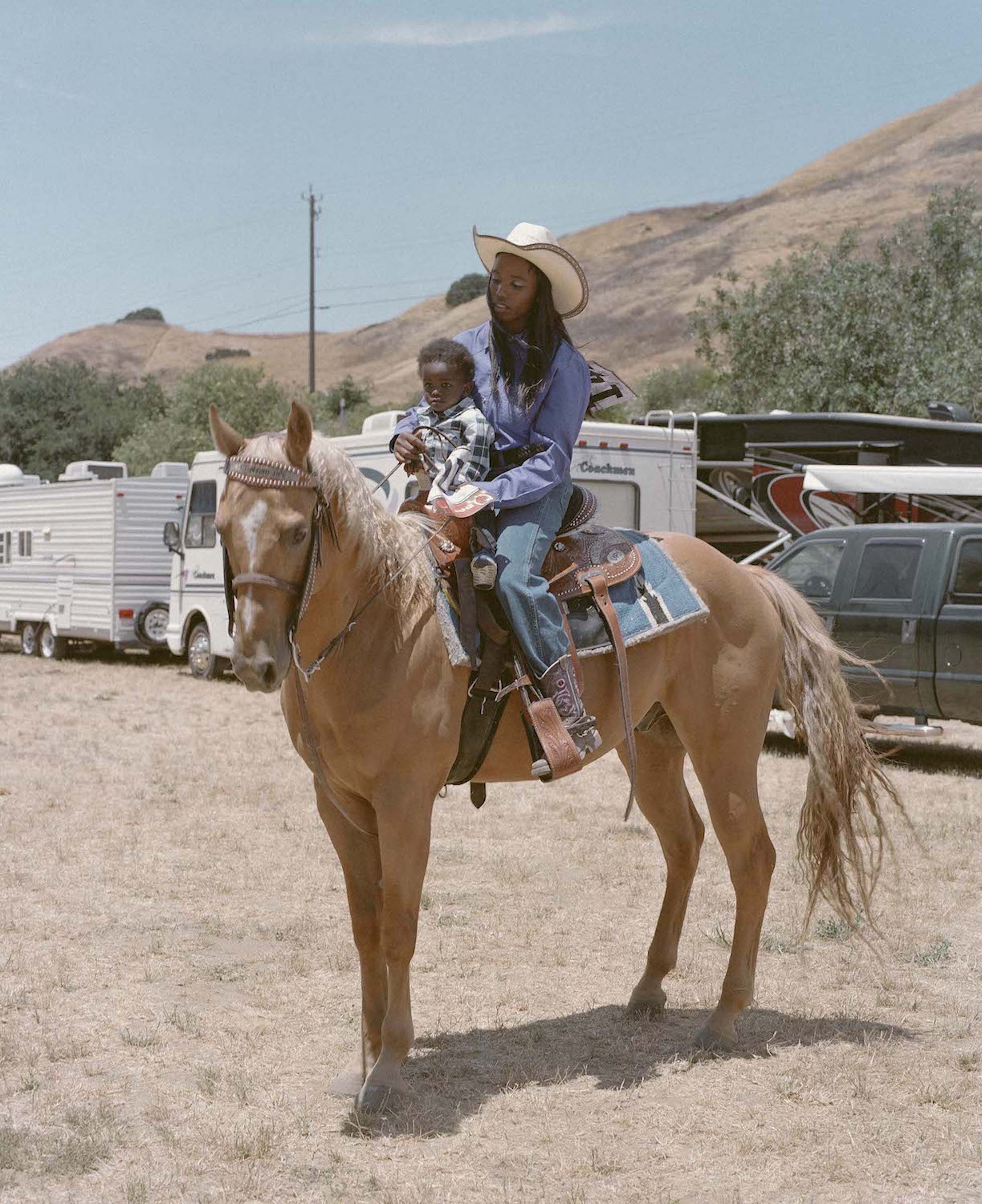 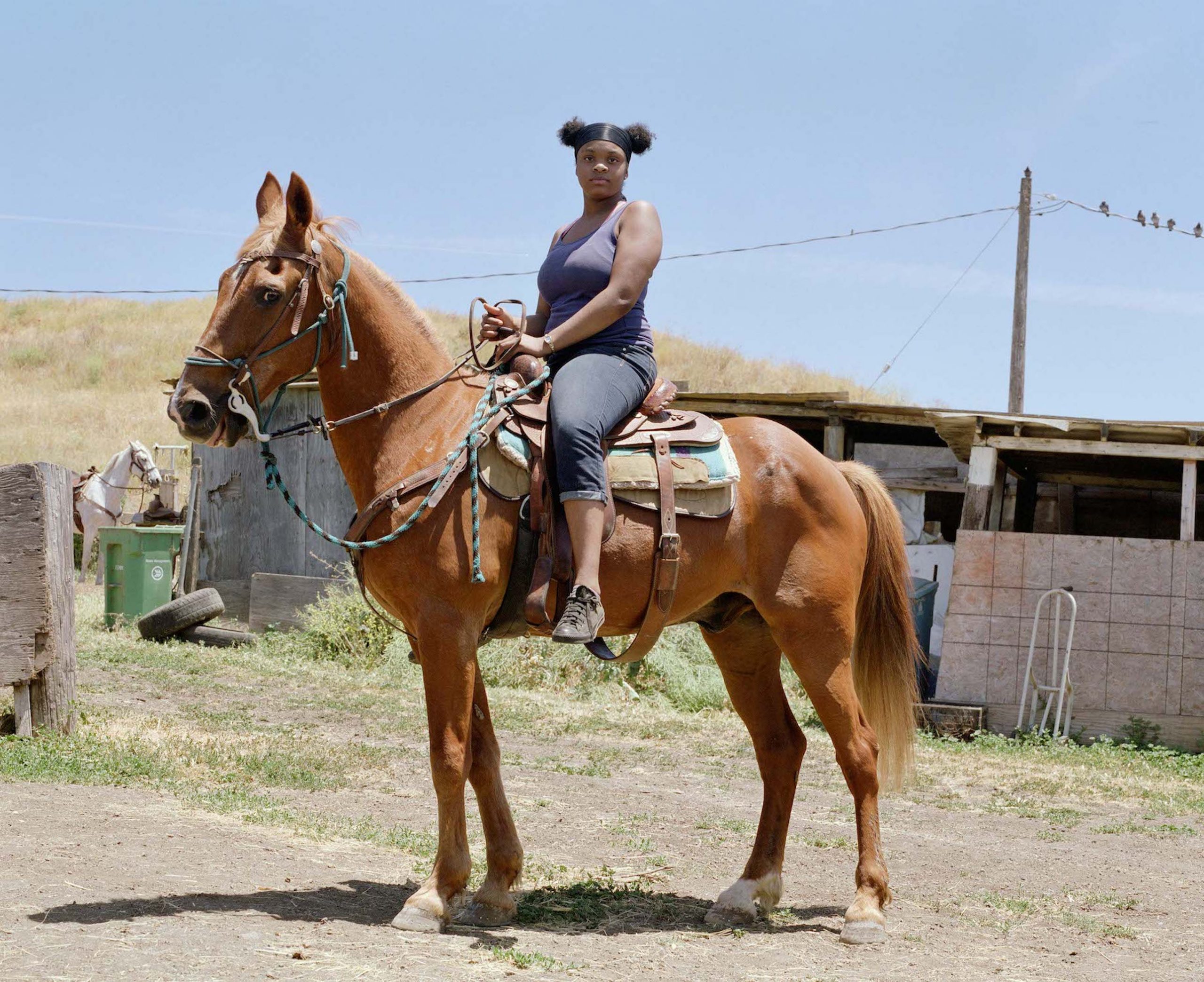 The New Black West: Photographs from America’s Only Touring Black Rodeo is out now on Chronicle.

Linkedin
RELATED ARTICLES
OTHER ARTICLES
Protestors gathered outside Downing Street following the latest atrocities committed by Israel against Palestinians living in the besieged strip.
A series of photos by the late Jerry Dantzic taken in 1957 show a tender side to the iconic Jazz musician.
Photojournalist Fiora Garenzi spoke with people still living in Eastern Ukraine, an area which seen some of the heaviest fighting since the war began.
A woman from Texas explains how she was forced to consider the criminal liability she might face for medication abortion over her health.
Steel City is often overlooked when it comes to the country's cultural radar despite its role in shaping electronic music.
The author discusses her new memoir, which offers a sobering reflection on the racism and otherness she’s experienced along with a joyful celebration of her culinary heritage.