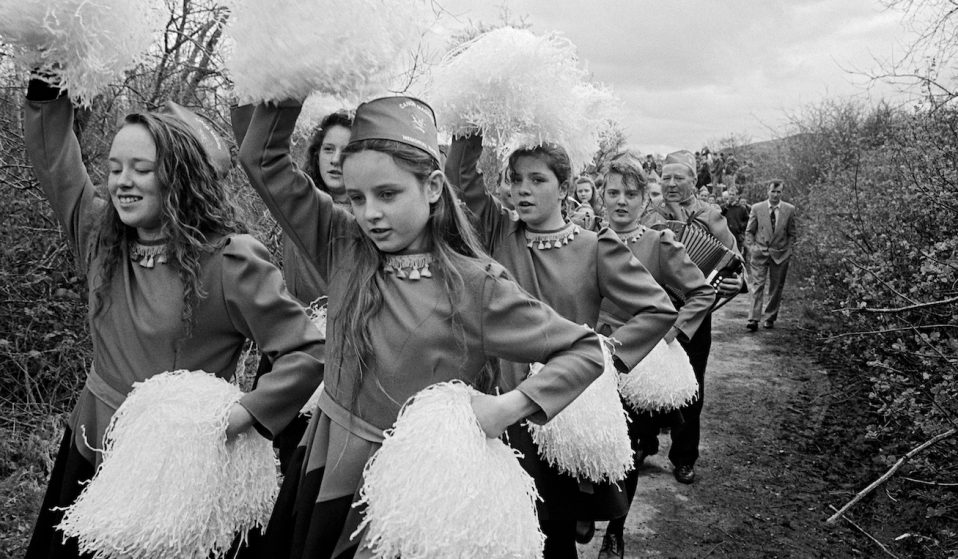 From 1979 through till 2019, Irish photographer Tony O’Shea shot intimate, black and white photographs, providing an intimate glimpse into Ireland and Northern Ireland. These are now featured in a new book, The Light of Day, which includes previously unpublished photographs documenting both isolation and unity and how in many instances, they can entwine.

The book comes ahead of an exhibition of O’Shea’s work set to take place in 2021 at the Gallery of Photography, Ireland. For O’Shea, being able to view his photographs on a page makes for an even richer experience: “In a sense, I think a book is a fitting place to show photographs, when you can go back again and again, and look at the same image and maybe look at it in a different way or see new things.” 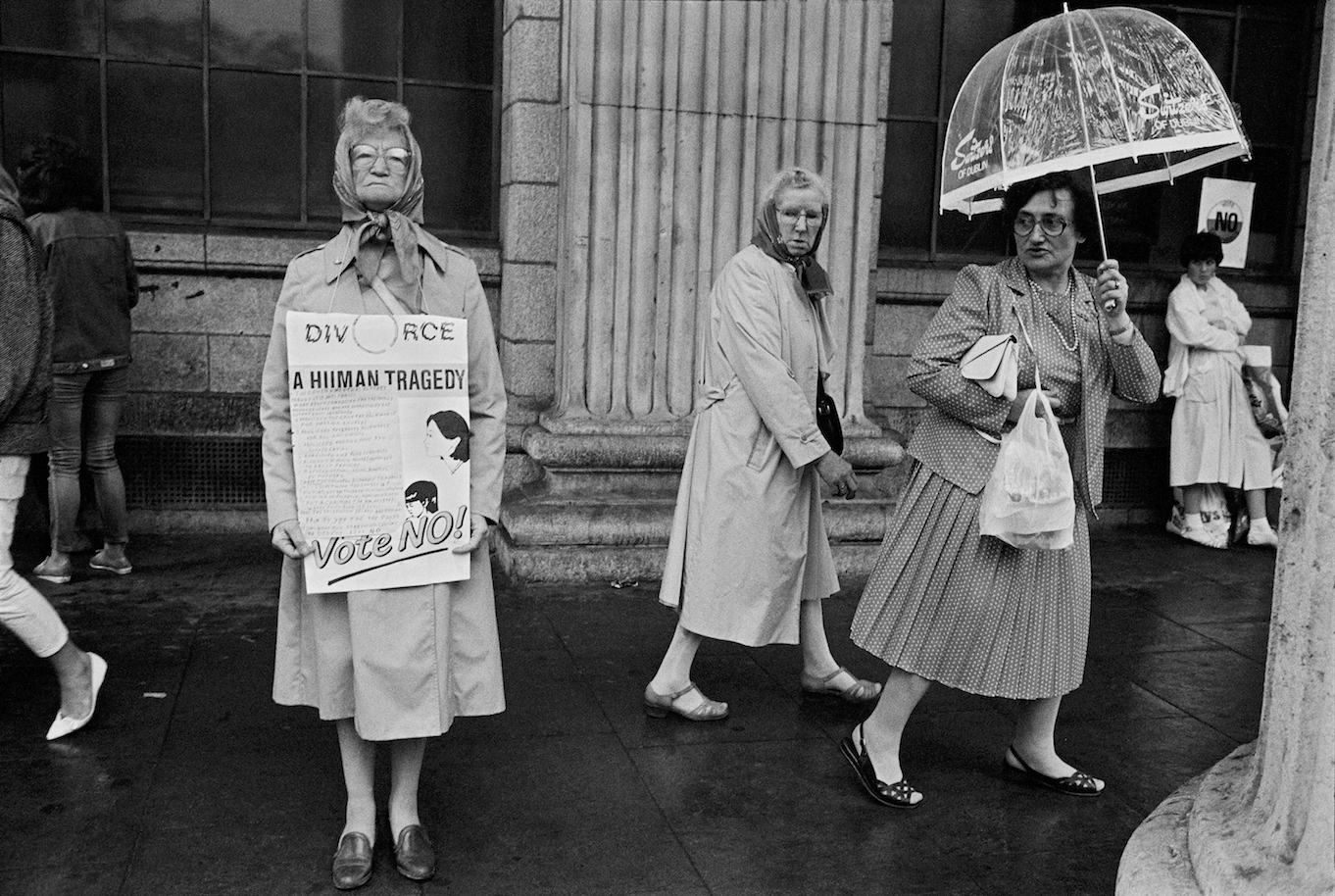 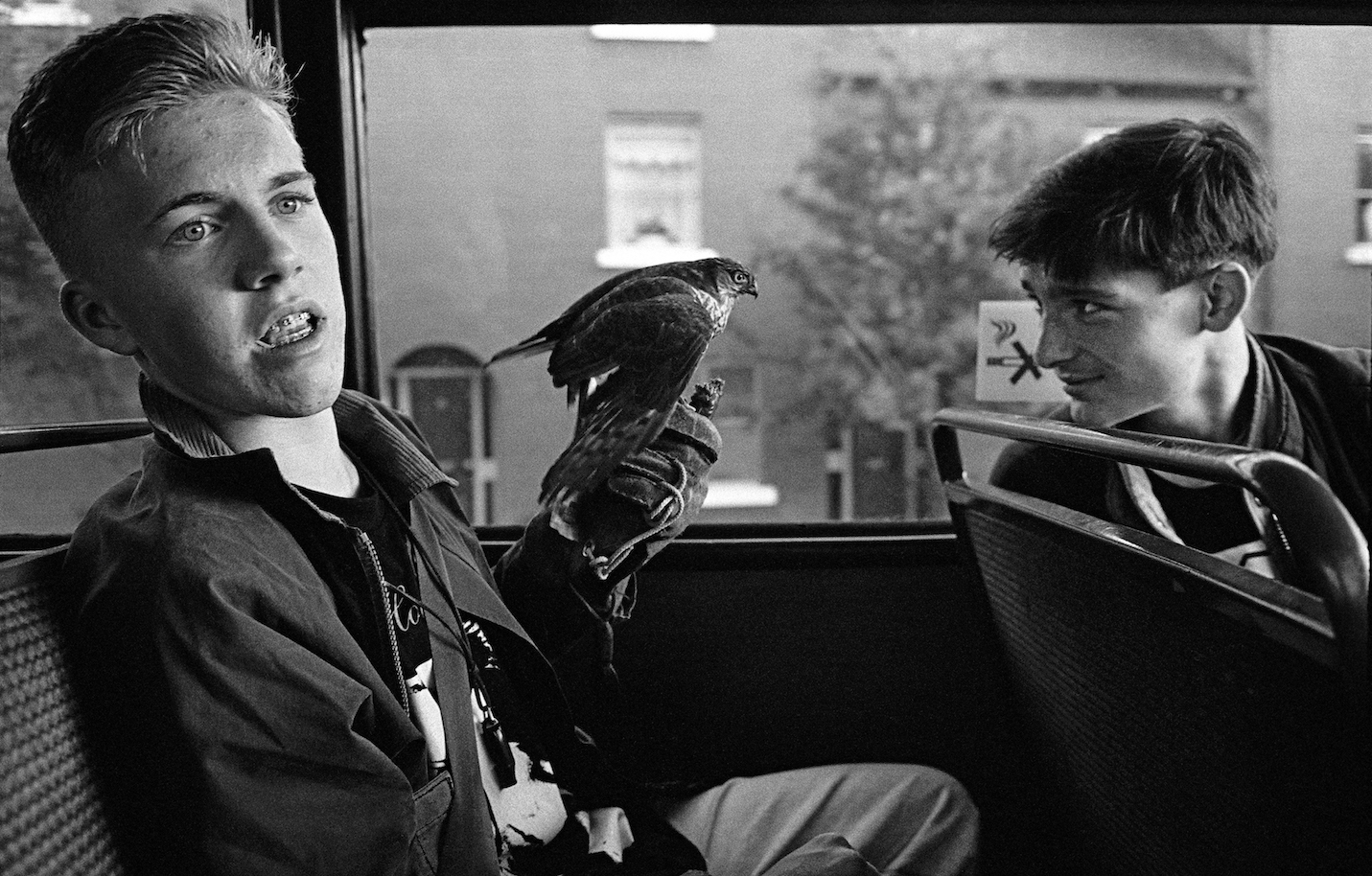 “In many ways, we are a bit obsessed with our own identity,” O’Shea observes, describing the role Ireland plays in his work. Most of his photographs were taken in Dublin and County Kerry. “We’re often asking this question of ‘What does it mean to be Irish?’ and there are probably many answers. But I suppose it’s this whole need for ritual,” he says.

His work traverses themes of processions, ceremonies and protests, along with other social gatherings, documenting the unique human spirit of everyday Ireland. As Colm Tóibín writes in a text included in the book: “[O’Shea] seeks images of individual loneliness and isolation, figures in a state of reverie and contemplation, or figures in a state of excitement.” 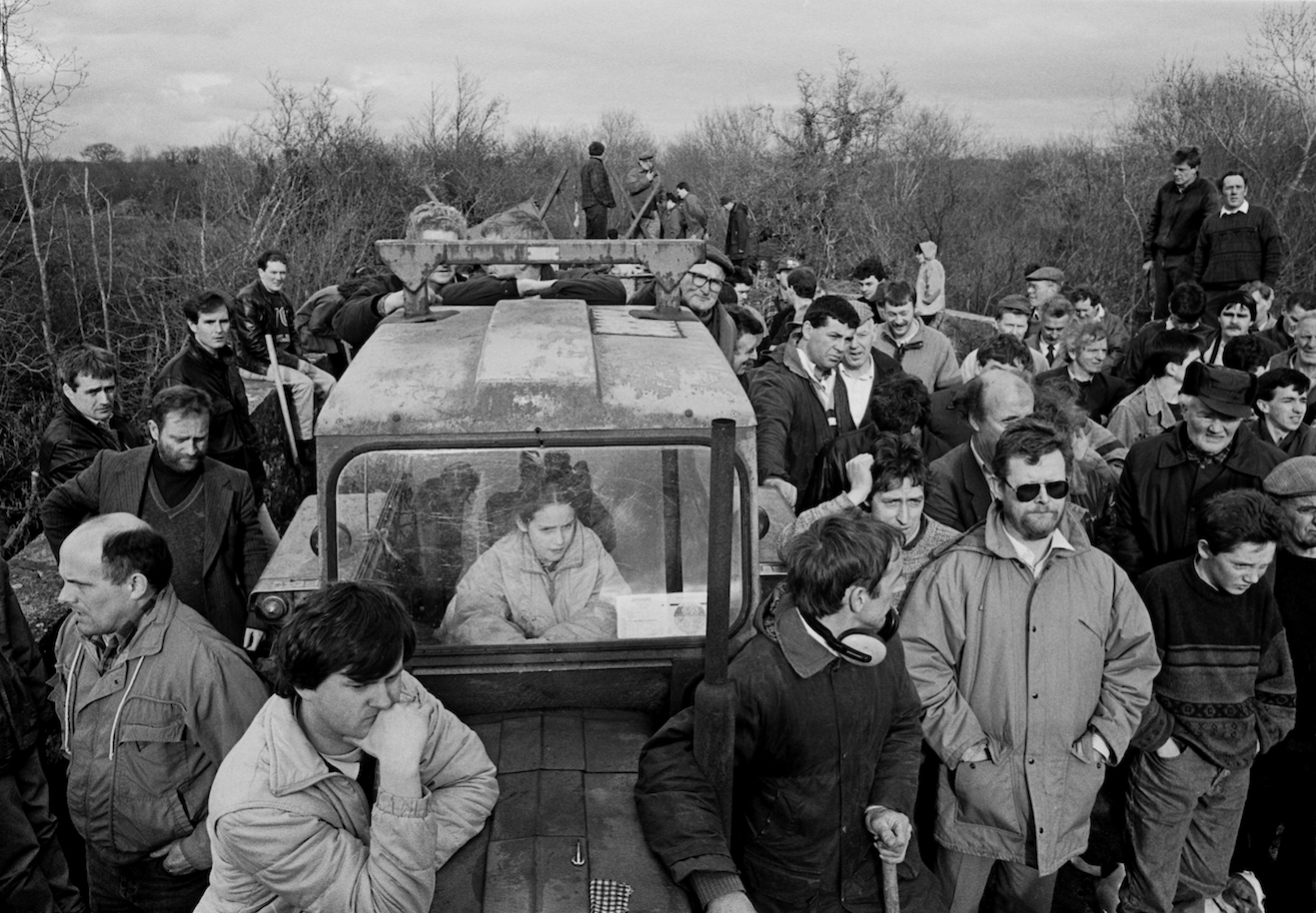 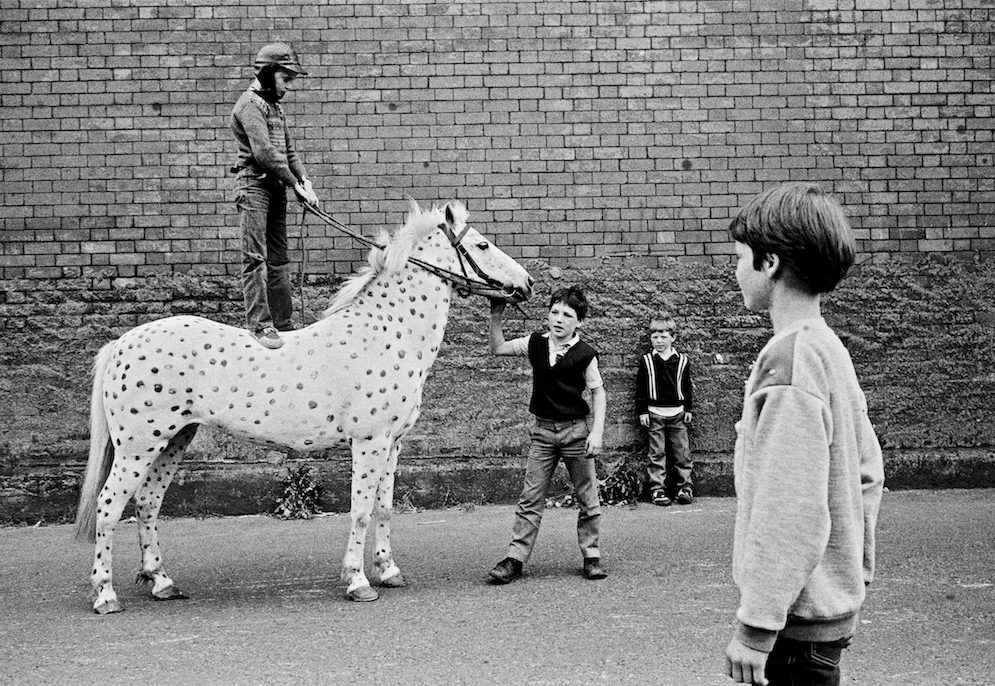 O’Shea attributes his enduring fascination with capturing emotional vulnerability to studying philosophy at college and learning about the theory of existentialism: “Human beings [are] able to reflect on themselves and are possibly the only creatures who can do this,” he says. “That brings with it a certain kind of isolation and I suppose the whole uncertainty about what happens when we die. It does create that kind of human experience of isolation and separation.”

The photographer provides a counterpoint to the representations of loneliness through his striking shots of crowds or busy streets. “It is very interesting to look at people in crowds or in groups,” he says. “How they try to reach out and the satisfaction of being part of a group, rather than an isolated individual.”

“I’m hoping that I’ve stumbled across something that is a little bit of what it means to be human.” 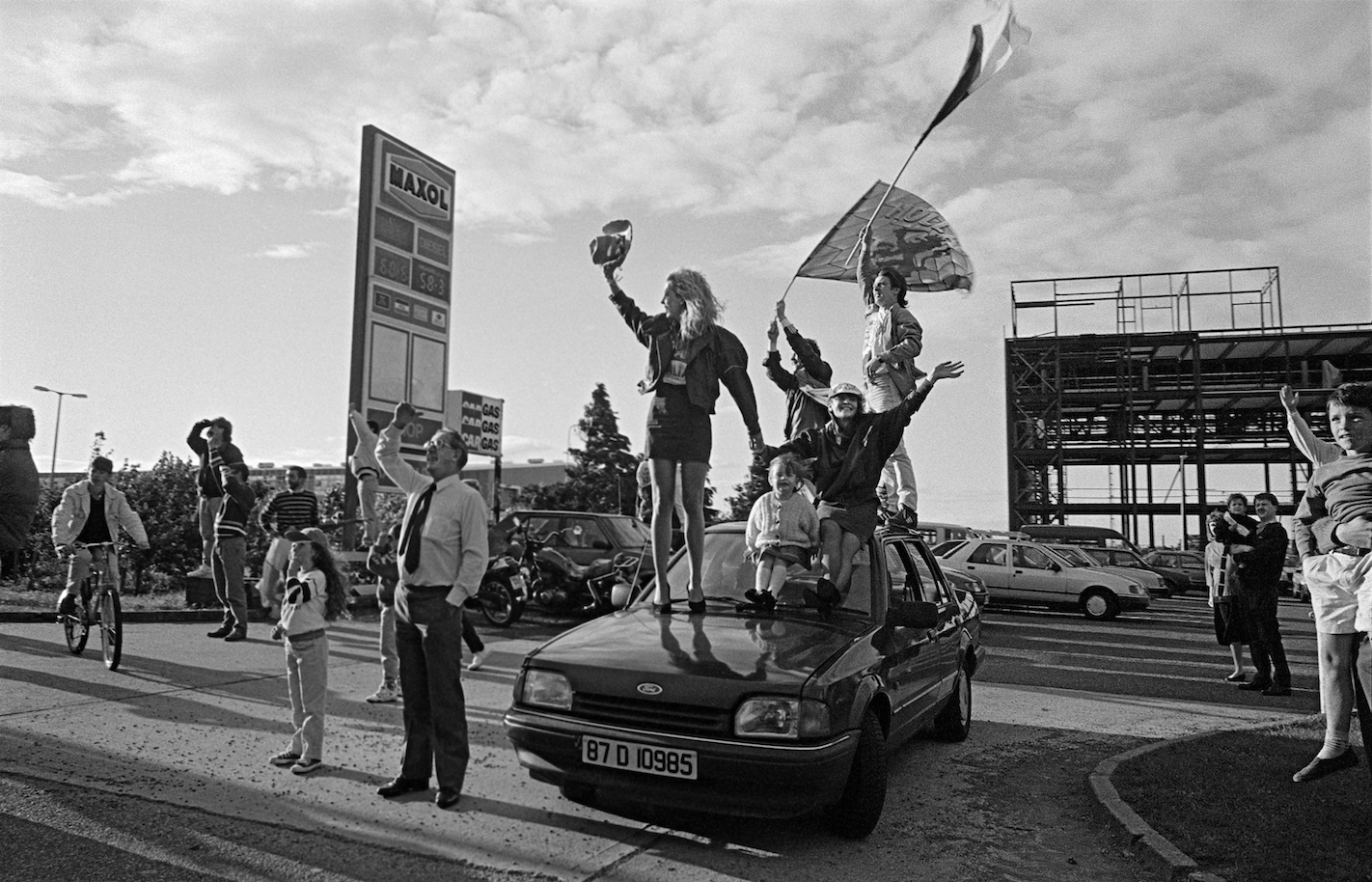 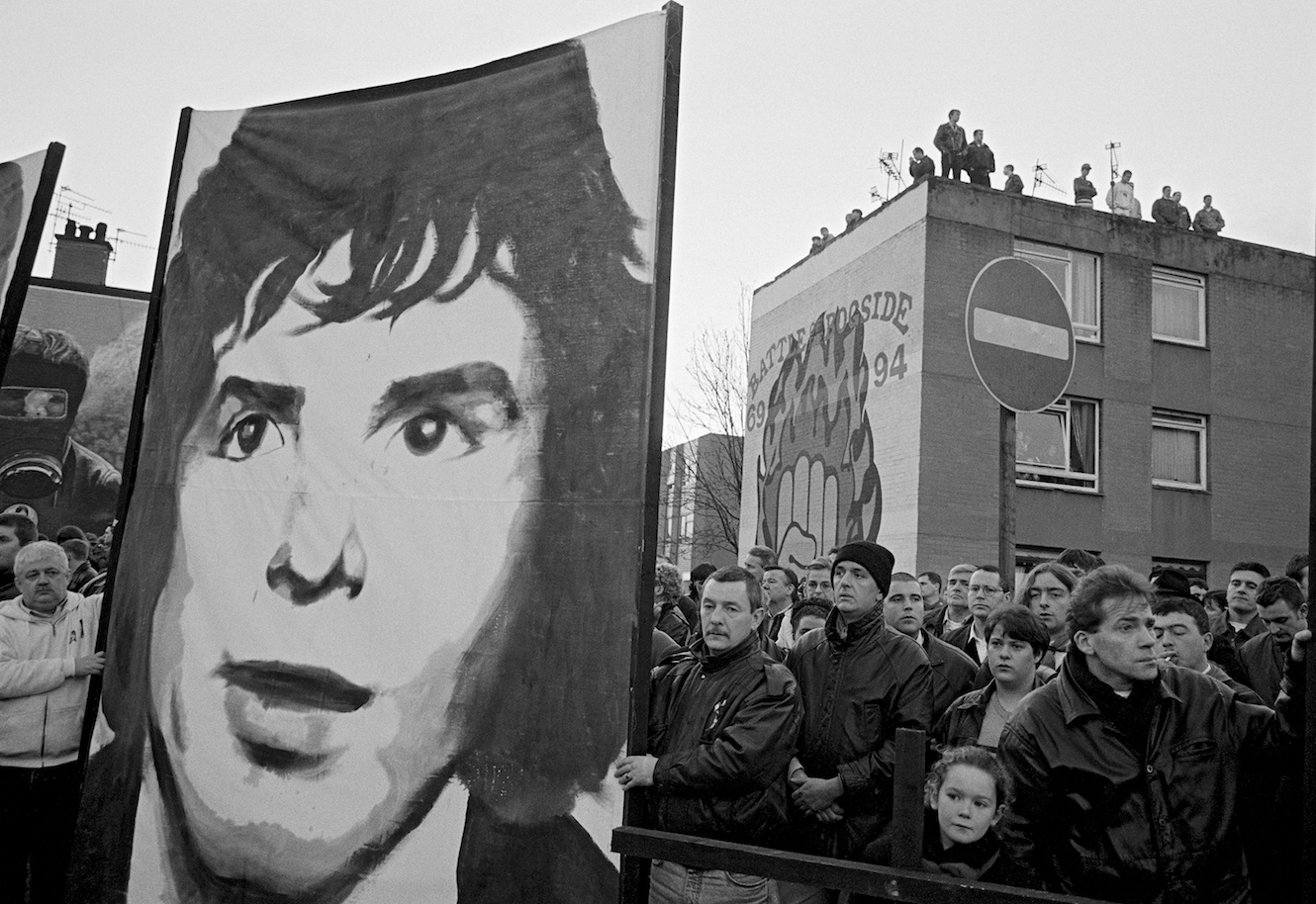 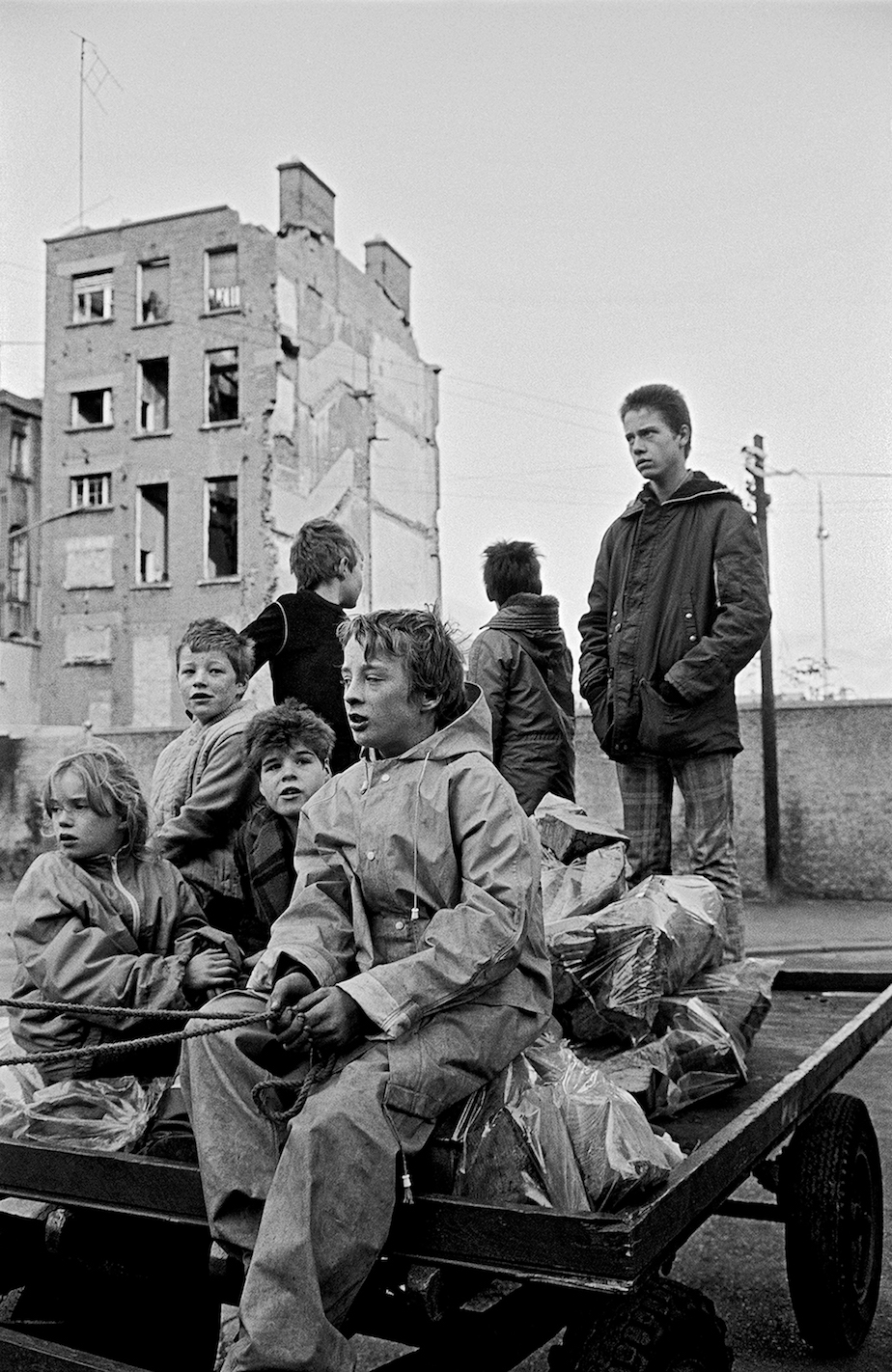 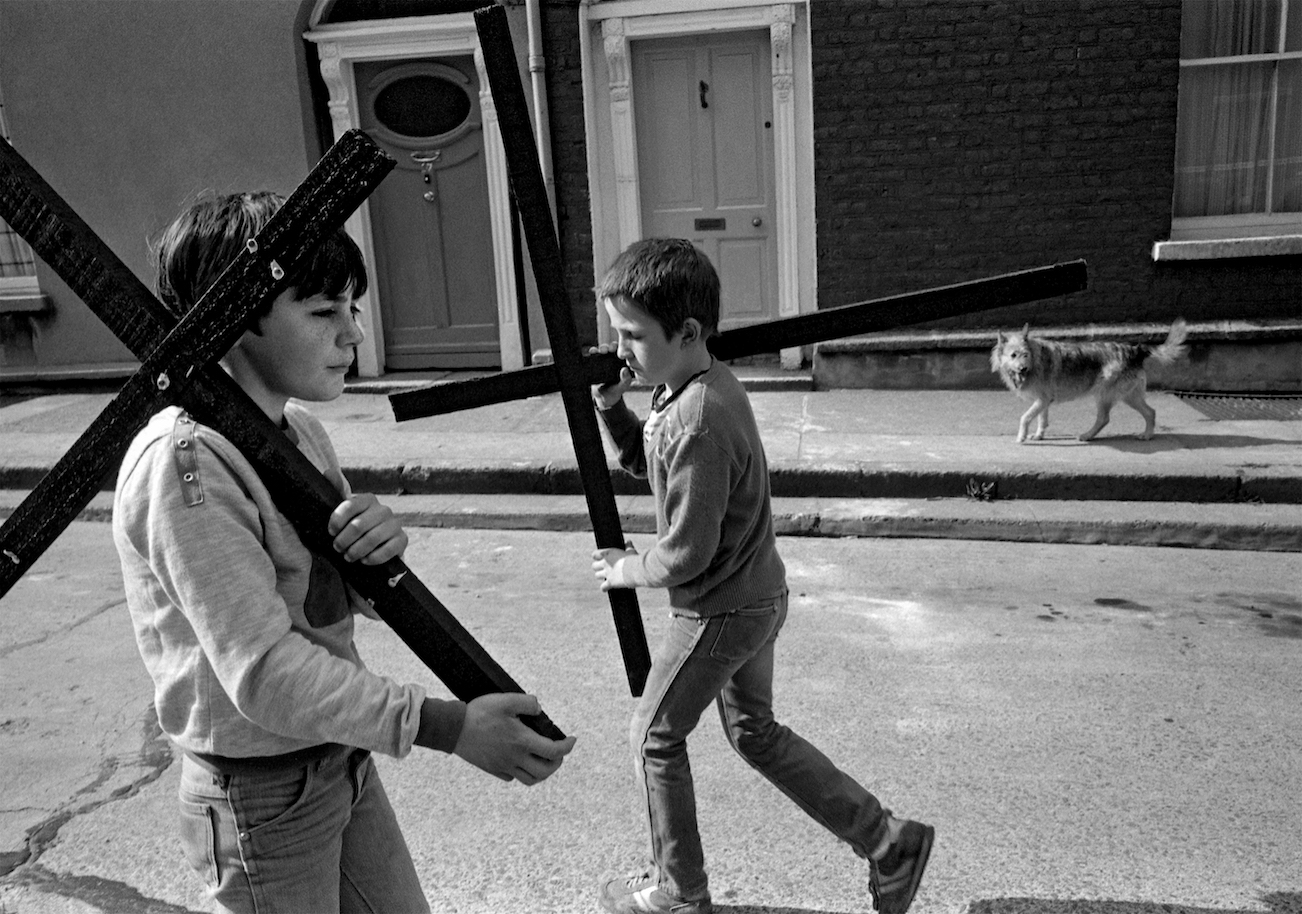 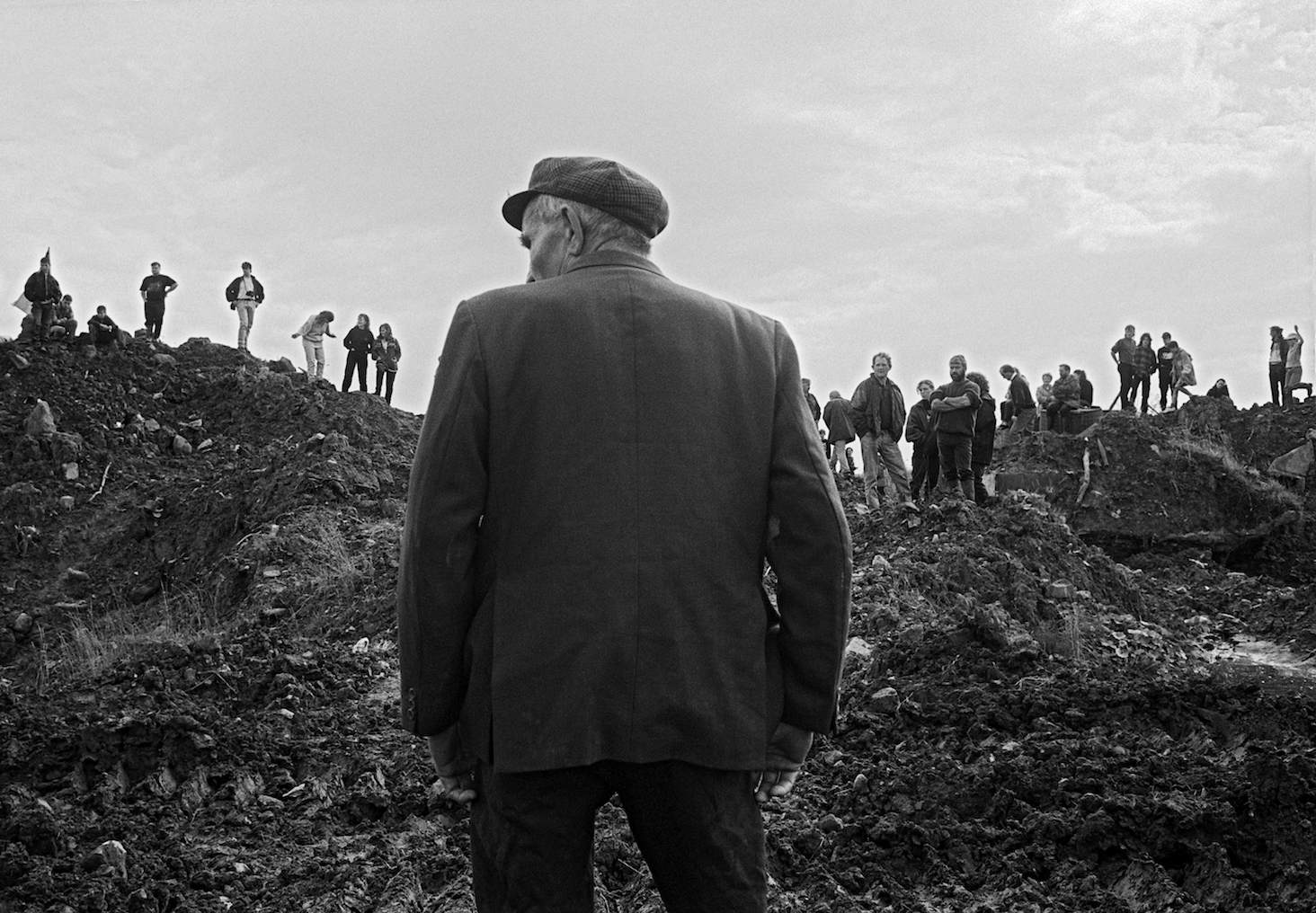 Light of Day is out now on RRB Photobooks.

Linkedin
RELATED ARTICLES
OTHER ARTICLES
With skyrocketing rents, packed out viewings, bidding wars and more, renting in London has never been harder.
The two-day long event returned to London this year, showcasing a spectacular parade, steel bands and Caribbean food.
Cindy Campbell recounts how her brother ushered in a new era of musical culture at a party she held in the Bronx in ‘70s.
A group of young Palestinians have found temporary freedom in the act of parkour, reimagining wreckage and ruins as a series of high-octane playgrounds.
For over a decade, gamblers have won big by employing people to place live bets from the court. But does this dubious method still work?
By turning a real-life crisis into daytime television fodder, TV bosses have once again shown themselves to be completely out of touch with audiences.