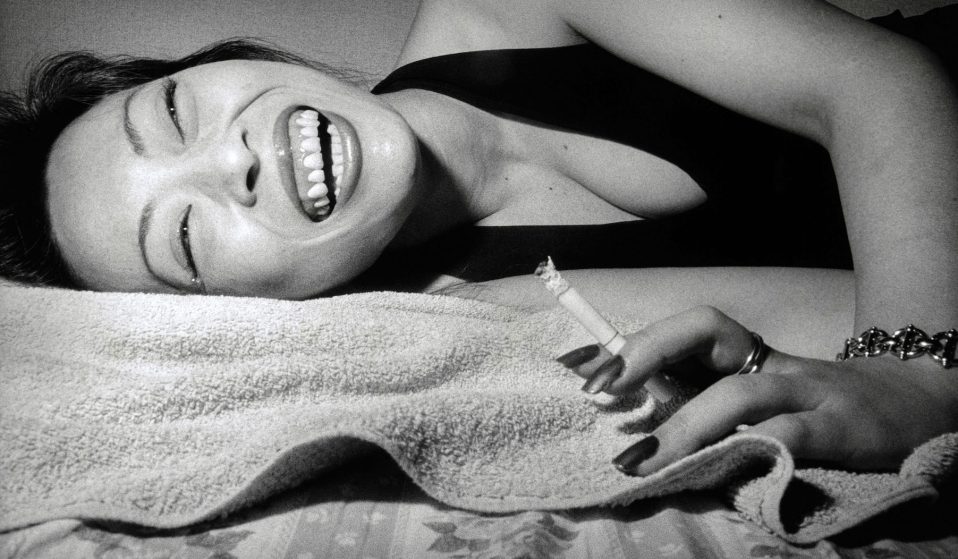 From the Yakuza to a biker gang, Bruce Gilden recounts capturing Tokyo and Osaka in the ‘90s.

From the Yakuza to a biker youth gang known as the Bosozoku, Bruce Gilden recounts capturing Tokyo and Osaka in the ‘90s.

In the heady spring of 1974, a young Bruce Gilden went to see the latest exhibition at New York’s Museum of Modern Art (MoMA). Adorning the walls was New Japanese Photography, a collection of shots from the most eminent photographers from the East Asian archipelago.

The exhibition provided a glimpse into Japanese art, culture, and daily life – featuring photographers such as Shomei Tomatsu, Yasuhiro Ishimoto, Daido Moriyama and Masahisa Fukase. Gilden was drawn in: “They were influenced by [western] photographers like Ed van der Elsken and William Klein – yet they had their own take on it,” he says.

Feeling inspired, but also an urge to compete with their work, Gilden asked himself: “If they take good pictures there, why can’t I?” 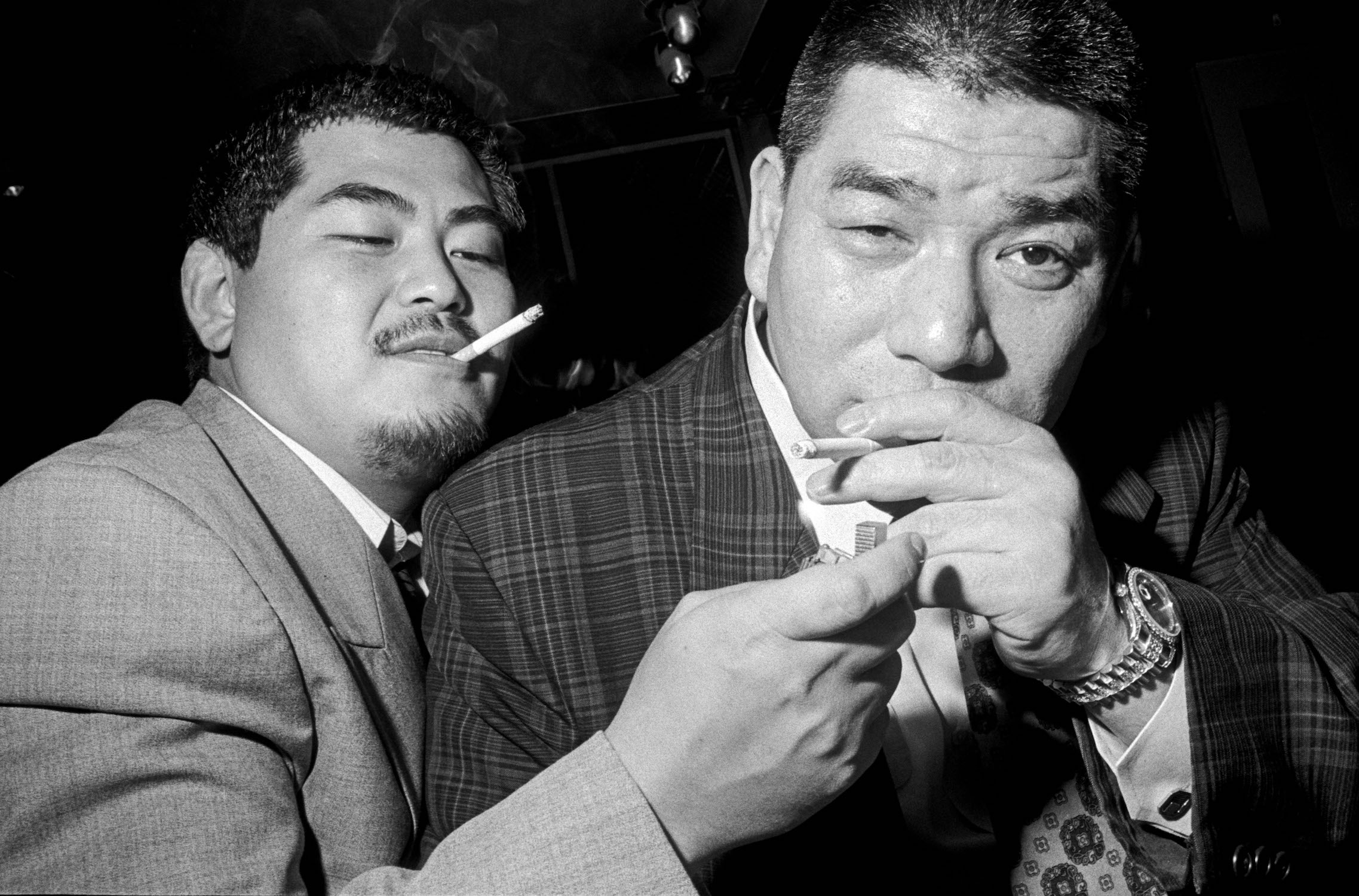 His recently published book, Cherry Blossom, is a collection of photographs from his travels to Japan between 1995 and 1999. Venturing to Tokyo, Osaka and beyond, Gilden sought out the colourful and unexpected characters, taking him far off the beaten track for tourists, capturing it all in his own up close and personal, uncompromising style.

Spanning tattooed Yakuza gang members, homeless people living on the streets and smart-suited young men sporting greased back teddy boy haircuts, the photos explore the diverse array of characters and cultures within Japanese society before the turn of the century. 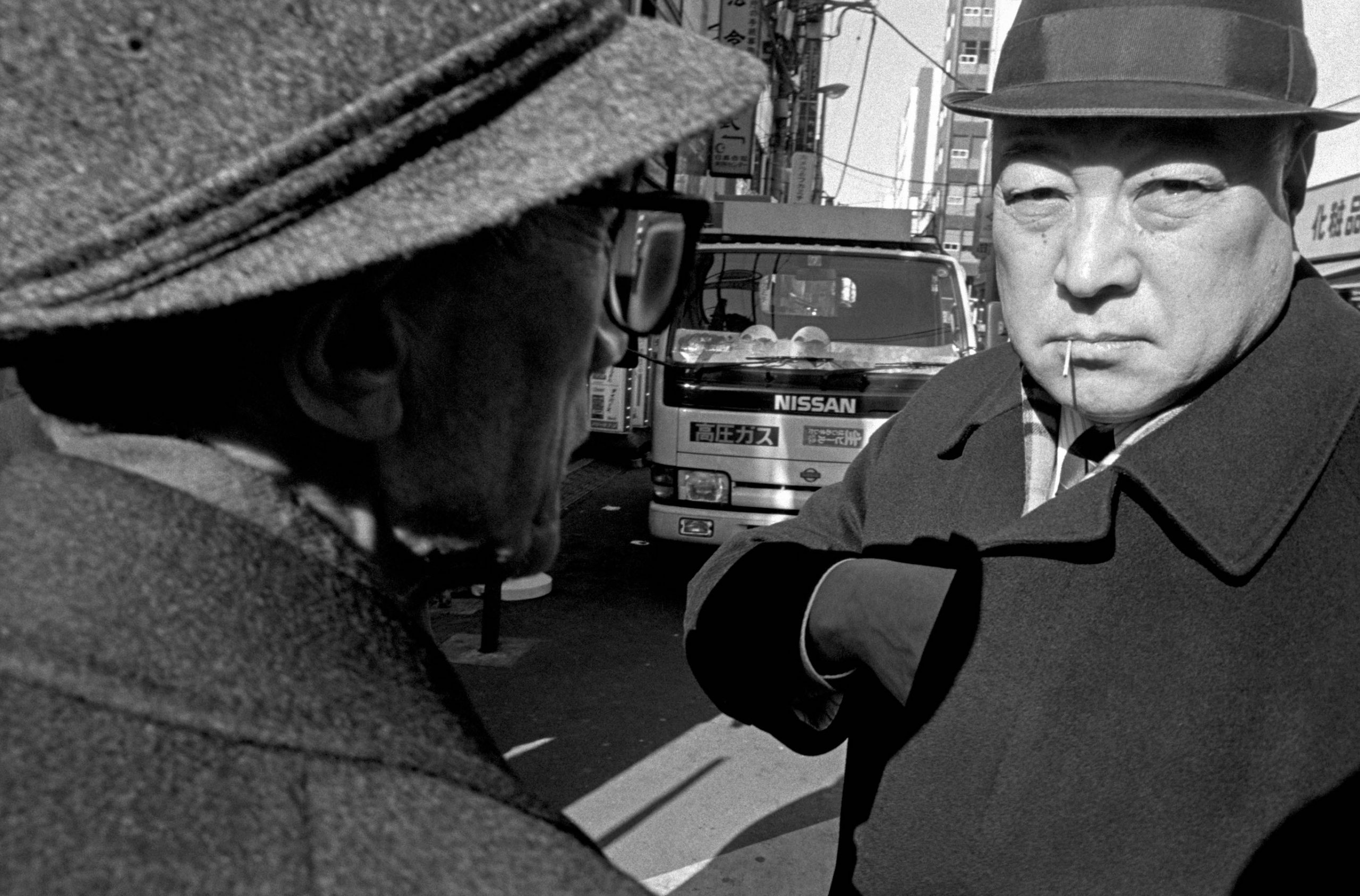 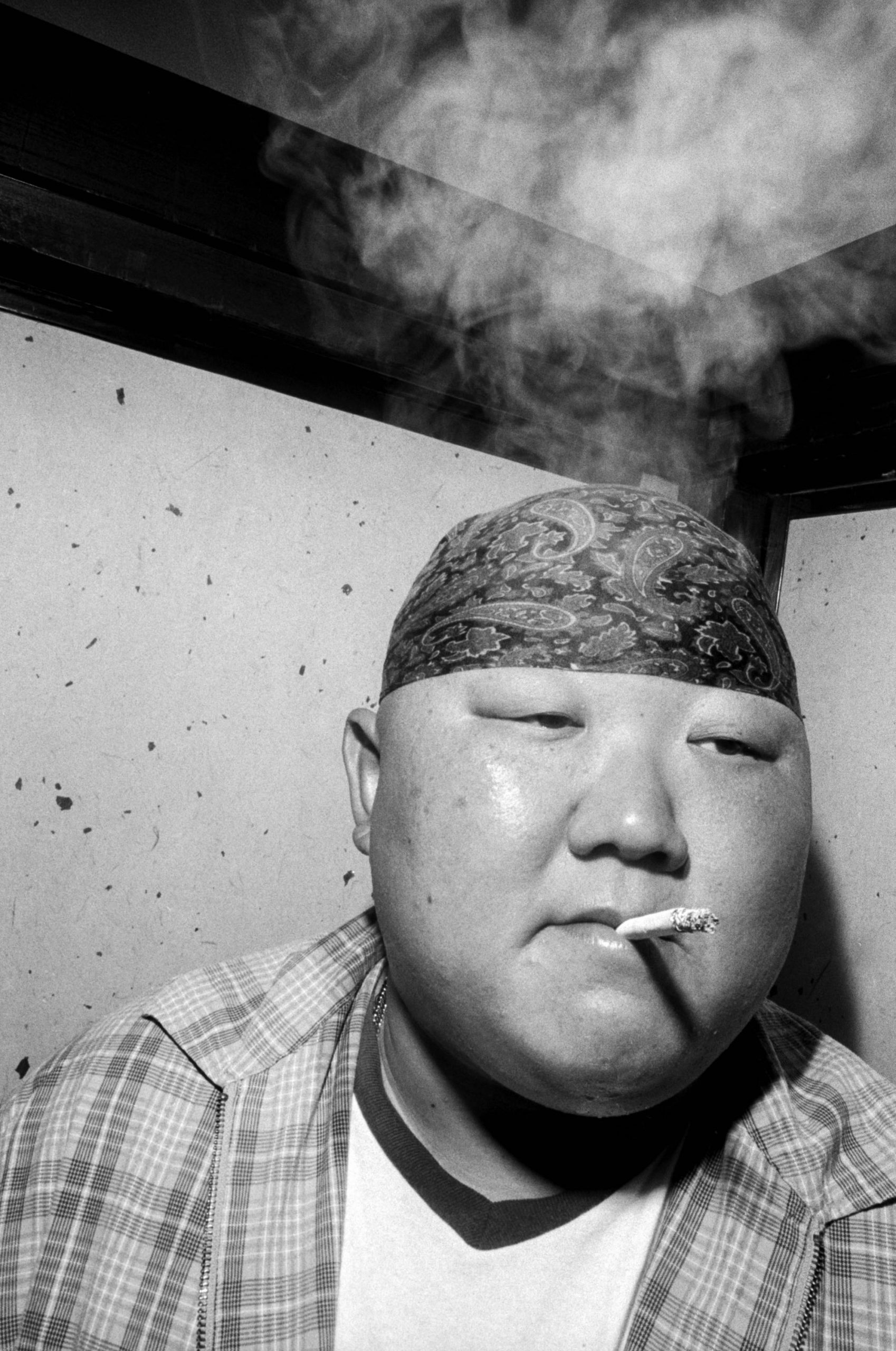 Prominently featured is the San’ya district in northeast Tokyo, an area that was met with bemused reactions from locals upon mention. Gilden says that when he told people that his favourite place to take photographs in the capital was San’ya, the usual response would be: ‘Where?’

“I’m sure they knew the name but they didn’t want to admit they knew of San’ya, or maybe there was a place like San’ya in Tokyo,” he says. “It’s a very interesting area, but also dangerous, because some people don’t like westerners – and some people are a little crazy. It’s a place where a few journalists have gotten killed.”

These journalists Gilden refers to were the directors of Yama—Attack to Attack, a 1985 documentary about the infamous district, who were murdered by members of a Yakuza gang. 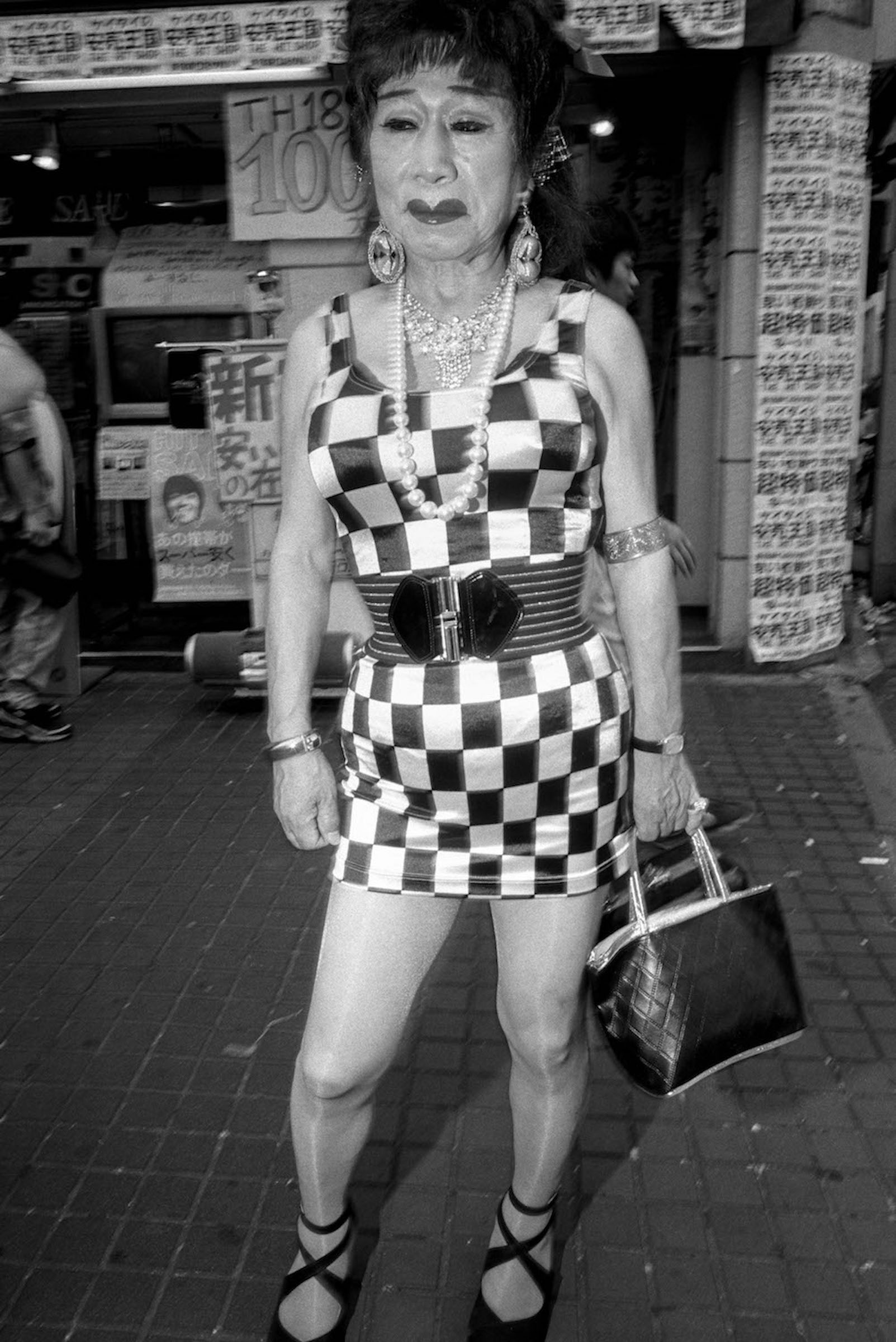 The Yakuza’s reputation as hardened, dangerous criminals still didn’t stop Gilden from searching them out for photos, which landed him in a few hairy situations. In Osaka, he ended up in a fistfight with a “low-level” gang member, who took exception with him taking a photograph.

“He was drunk and telling me, ‘you can’t do that’, and I’m like ‘mind your own fucking business’,” Gilden says. “I was with a Japanese person who was taking me around and they had to separate us.”

Why doesn’t he shy away from putting himself in potential danger? “My father was a gangster, so I know how to act around them. I’m very comfortable – you give respect, you get respect,” he says. 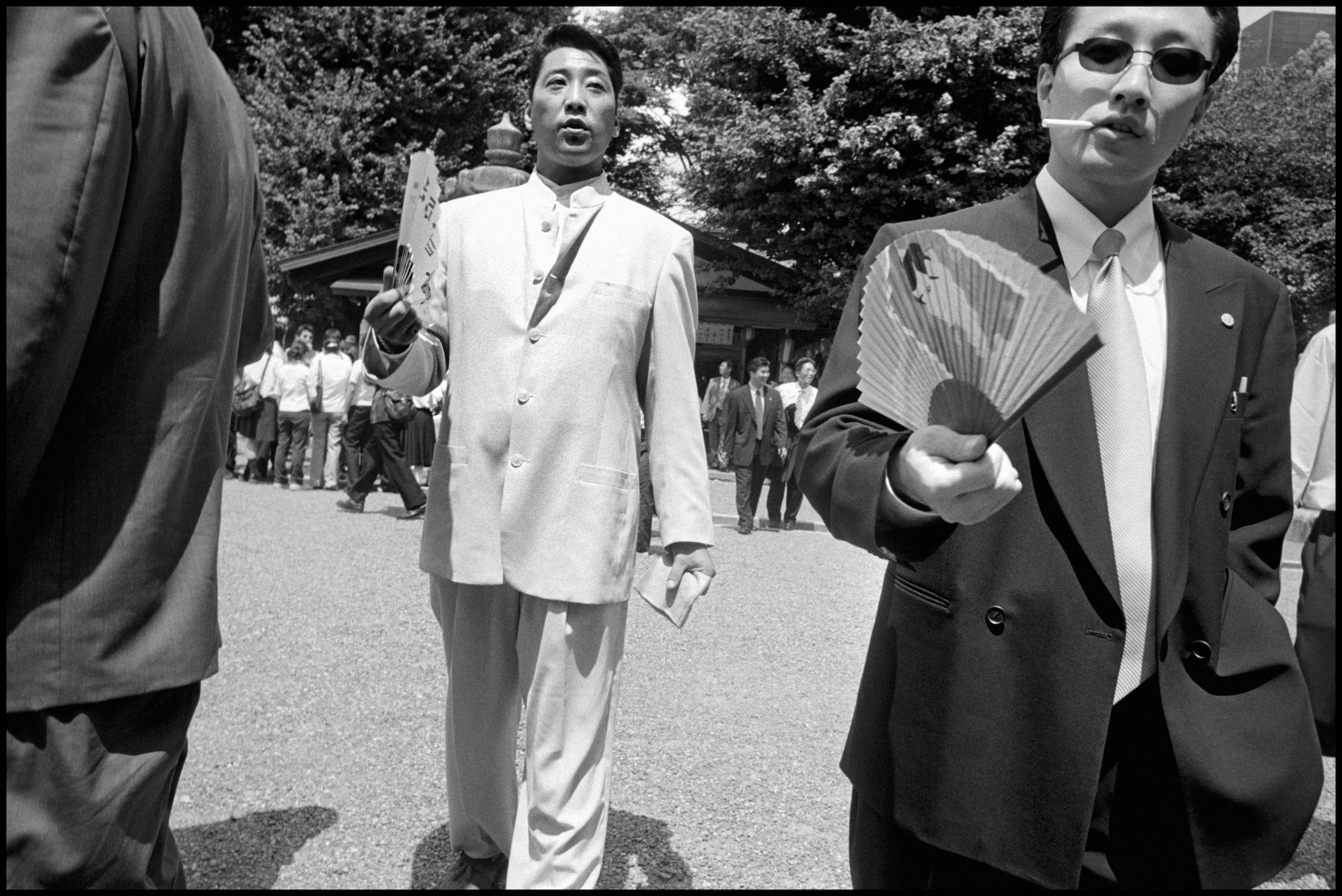 Years later, Gilden’s work has led to him meeting some of the photographers who originally contributed to the New Japanese Photography exhibition, including having dinner with Shomei Tomatsu and sharing an exhibition at a gallery with Daido Moriyama.

Sadly, he was unable to meet Masahisa Fukase. “He fell down a flight of stairs,” Gilden says. (Fukase died in 2012, having been in a coma for 20 years following a near-fatal fall down the stairs of his favourite bar in 1992.) “It’s interesting, because his photographs always for me were very violent, and that’s who he is.

“And that’s what makes the photographs so good – because you can only photograph who you are.” 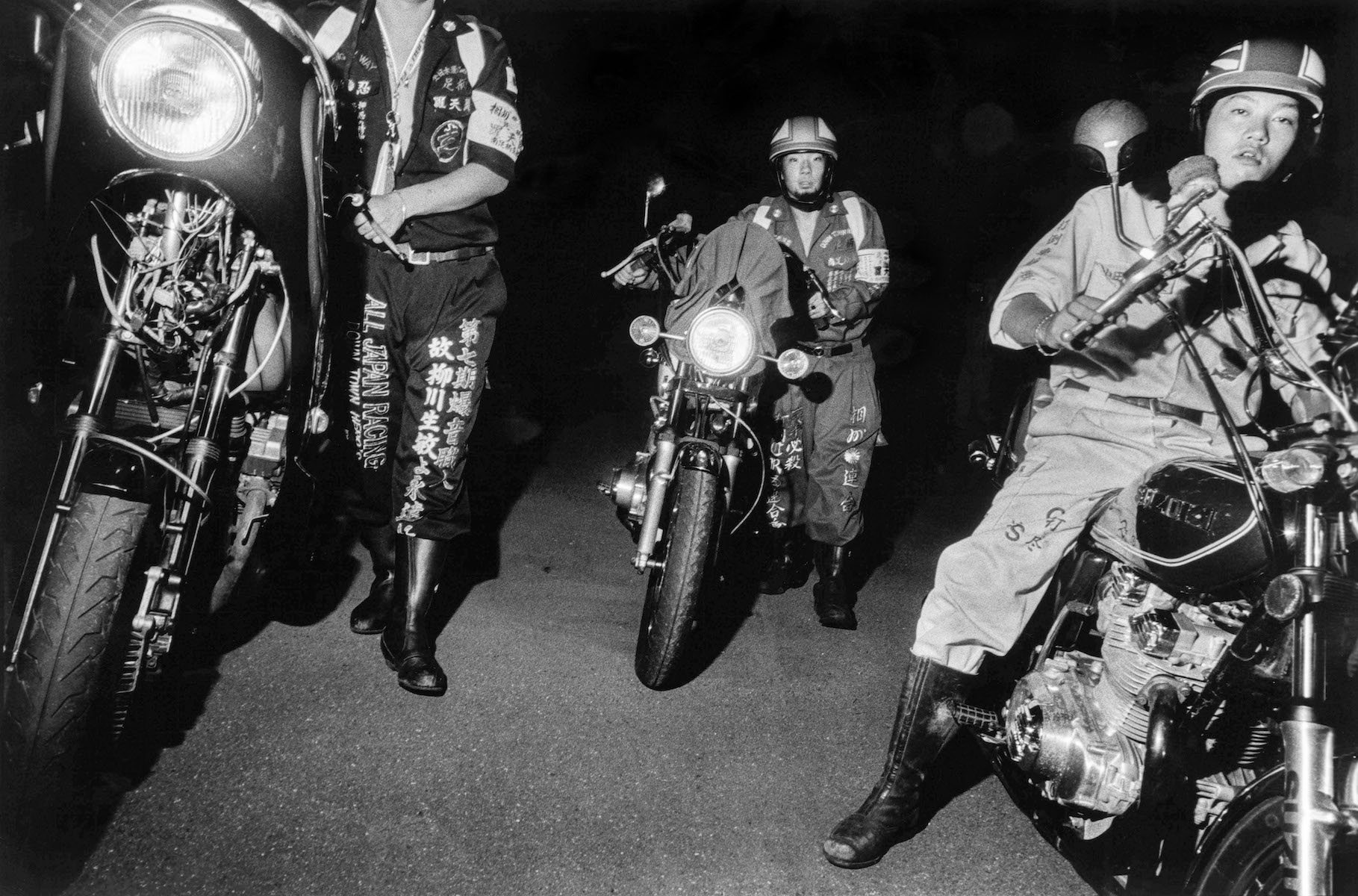 Bikers leave motorcycle meeting while being chased by police. Kamonomiya, 1999. 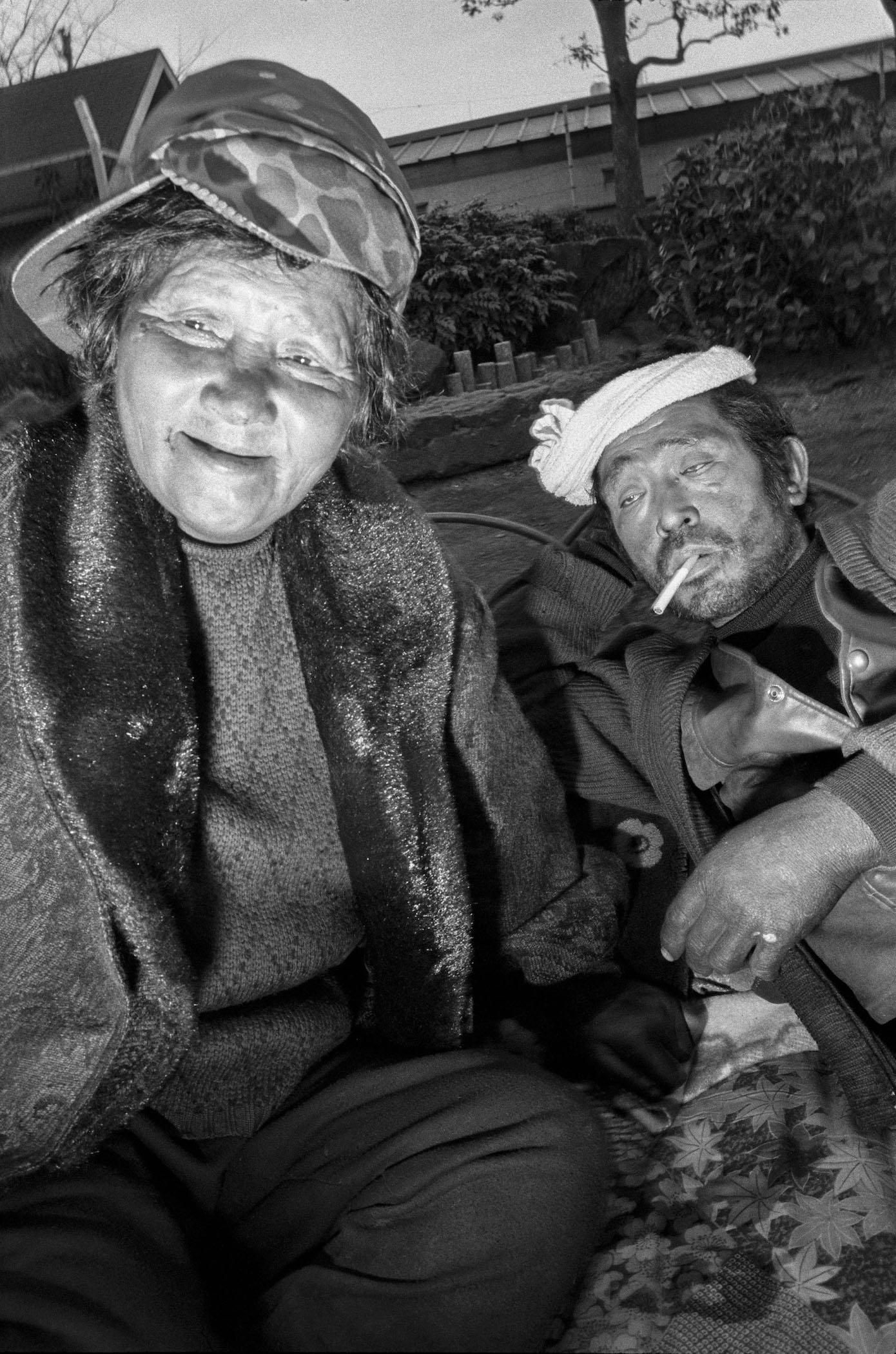 Cherry Blossom is published by Thames and Hudson and is available now.

Linkedin
OTHER ARTICLES
Over the weekend, London locals came together to resist a pre-planned police raid targeting delivery drivers.
Government plans to make it harder for people to go to university will only entrench inequality.
The government is scrapping the Human Rights Act in a move that will hit marginalised people hardest.
A new documentary explores the government’s efforts to quash the protest movements of the late ‘60s by any means necessary.
Photographer Robin Graubard’s debut book offers an unflinching record of turbulence and change across the Balkans.
While protests over abortion rights rage in the US, access to abortion services is still almost nonexistent in parts of the UK.