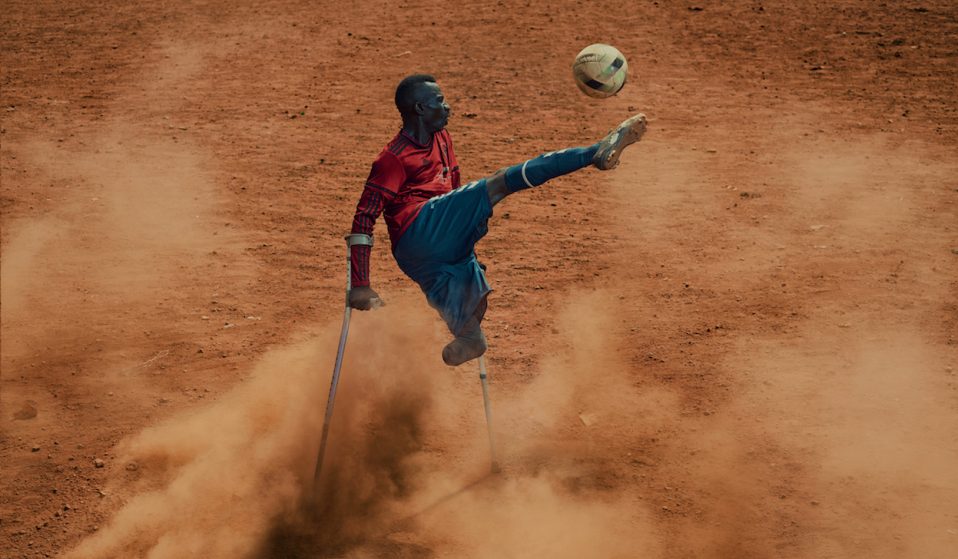 A new photo series by Todd Antony spotlights a talented team of players who are overcoming adversity and finding solace through football.

A new photo series by Todd Antony spotlights a talented team of players who are overcoming adversity and finding solace through football.

From 1991 to 2002, a devastating civil war in Sierra Leone killed more than 50,000 people and led to thousands of innocent civilians having their legs, arms or hands forcibly amputated by rebel soldiers or removed by landmines. It’s estimated that 27,000 Sierra Leoneans were disabled or had one or more of their limbs amputated during this bloody period of history.

The Flying Stars are a football team born out of the atrocity of this war, with all of the team members victims of civil war amputations. Earlier this year, photographer Todd Antony travelled to Sierra Leone as part of a project documenting the team, who are, he says, recognised as heroes within their community. “When you see them play football, it’s quite phenomenal,” Antony says. 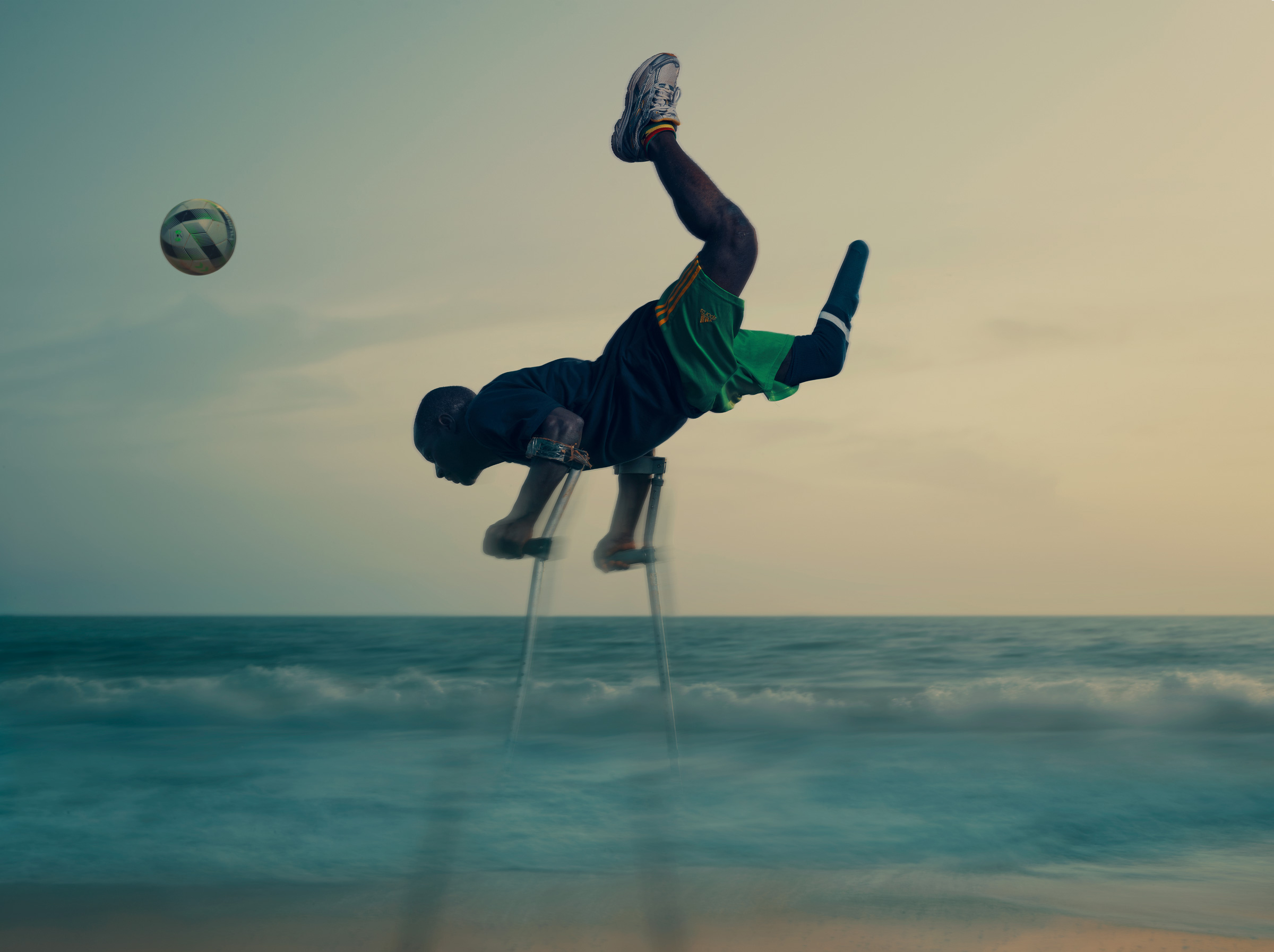 In a number of images from the series, Antony deployed a slow shutter speed to imbue the photographs with a surreal, ghostly quality. According to Antony, this was to escape the visual stereotypes usually associated with images of Africa, “and also to elevate the players, because they’re bloody incredible people that have lived more in their life than we could ever comprehend.”

Antony says that the team were welcoming, and willing to share their stories with him to include as part of the project. One player, Osman Turay, told Antony how he’d lost his leg at six years old when he was shot in the leg running away from rebels with his mother. Turay also recalled how his relatives were rounded up into a house by rebels, who locked the door of the property before burning it down. 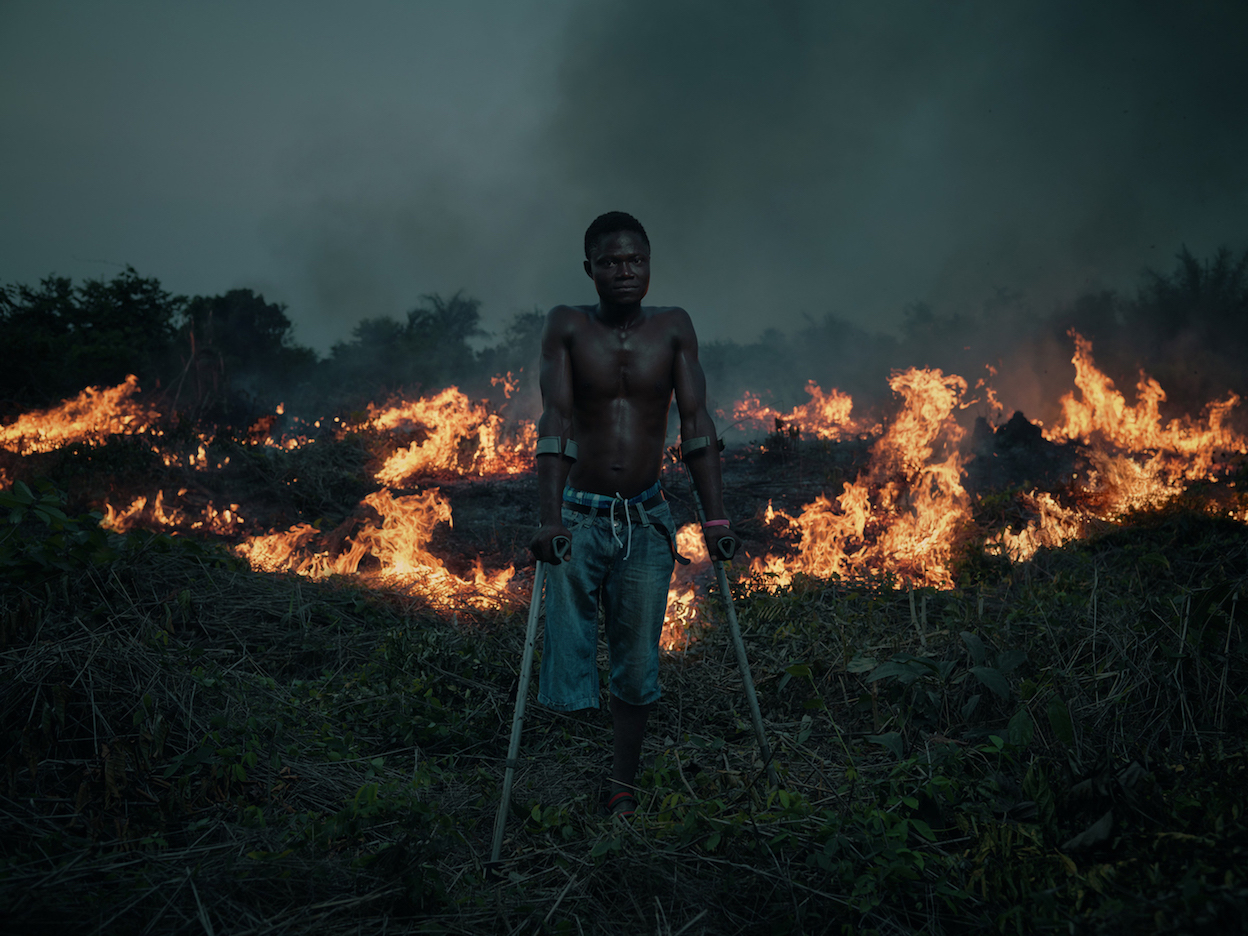 Umaru Sandi in the fields around the amputee resettlement village he lives in. They slash and burn the jungle to plant crops for the upcoming wet season.

“Football really does help them,” says Antony. “Especially in Sierra Leone – I think it’s a little bit better now than it was – but it used to be that amputees were looked down on quite heavily. Being around their fellow teammates and football, they can share that emotional and physical pain with each other…  seeing them all together training on a Sunday, just the laughs and camaraderie, is really lovely to see.”

With no support from the government, The Flying Stars have no funding for things like crutches, ferrules (the hard rubber feet on the bottom of the crutches) or transport to play matches with other disabled teams. Sierra Leone is the sixth poorest country in the world, and yet purchasing a set of crutches there costs 10 to 15 times more than in countries like the UK or US. Antony has since set up a fundraiser in an effort to supply the team with new sets of crutches, spare ferrules, and transport for matches.

Football offers the players a way to “rebuild their emotional confidence as well as having a goal to push towards,” adds Antony. “I just want to get this series out there to as many people as possible and to show how incredible these guys really are.” 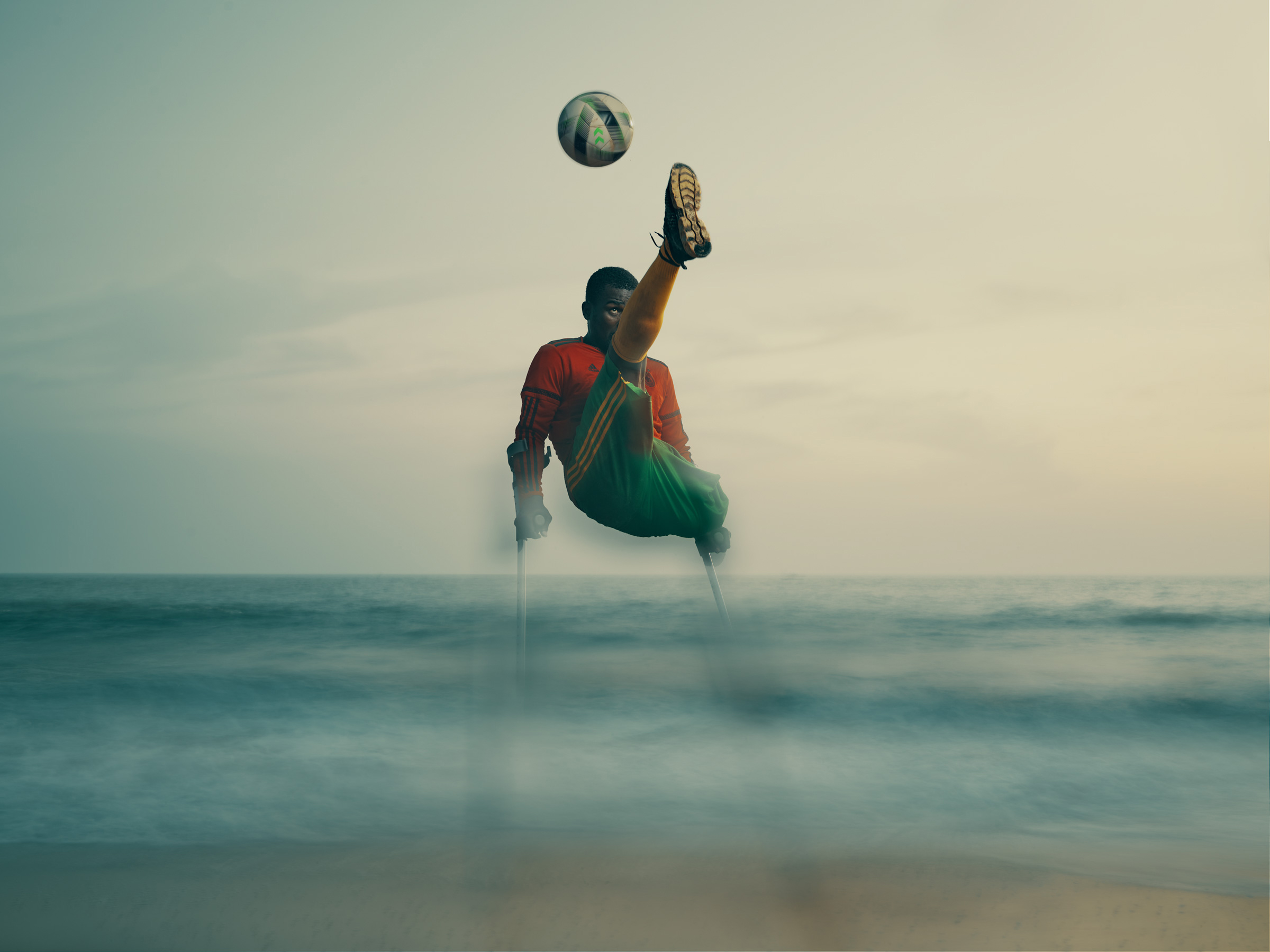 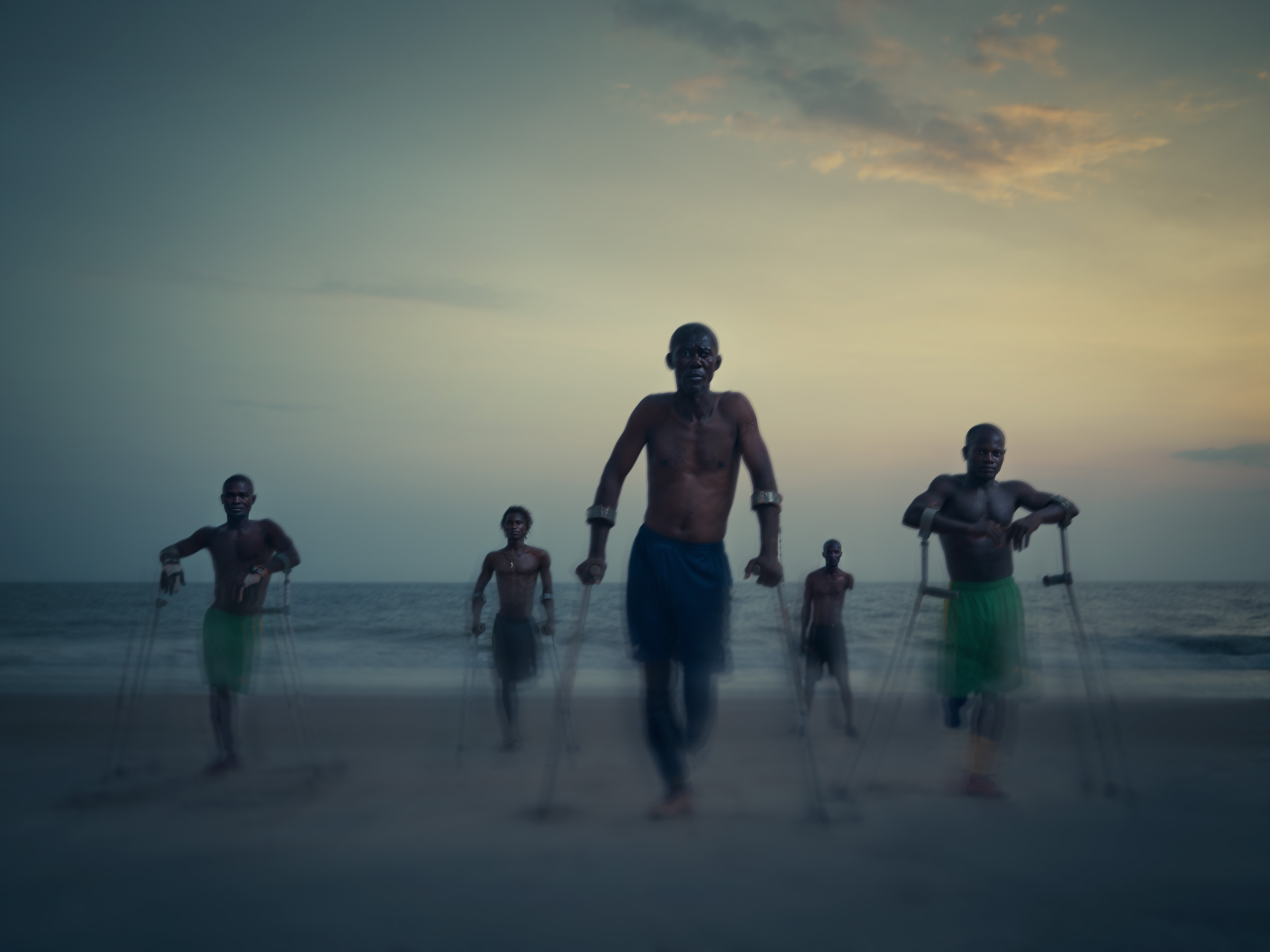 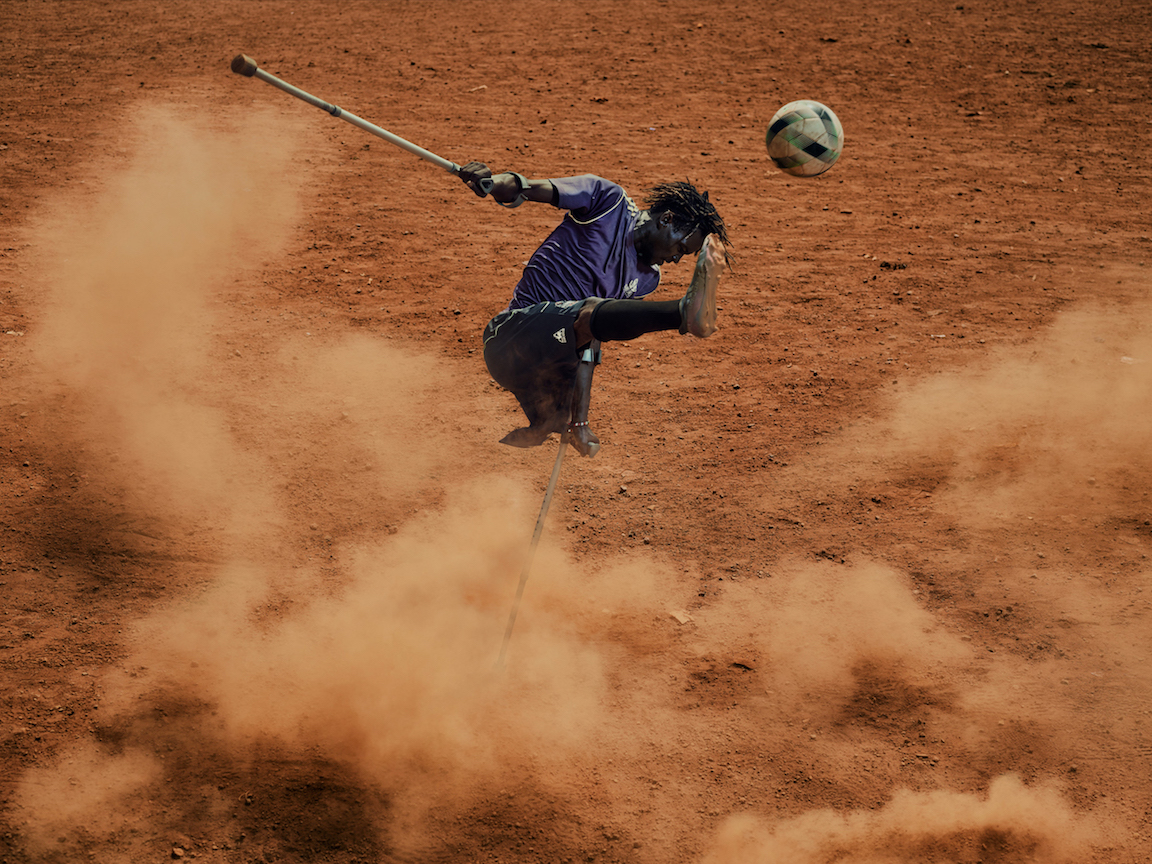 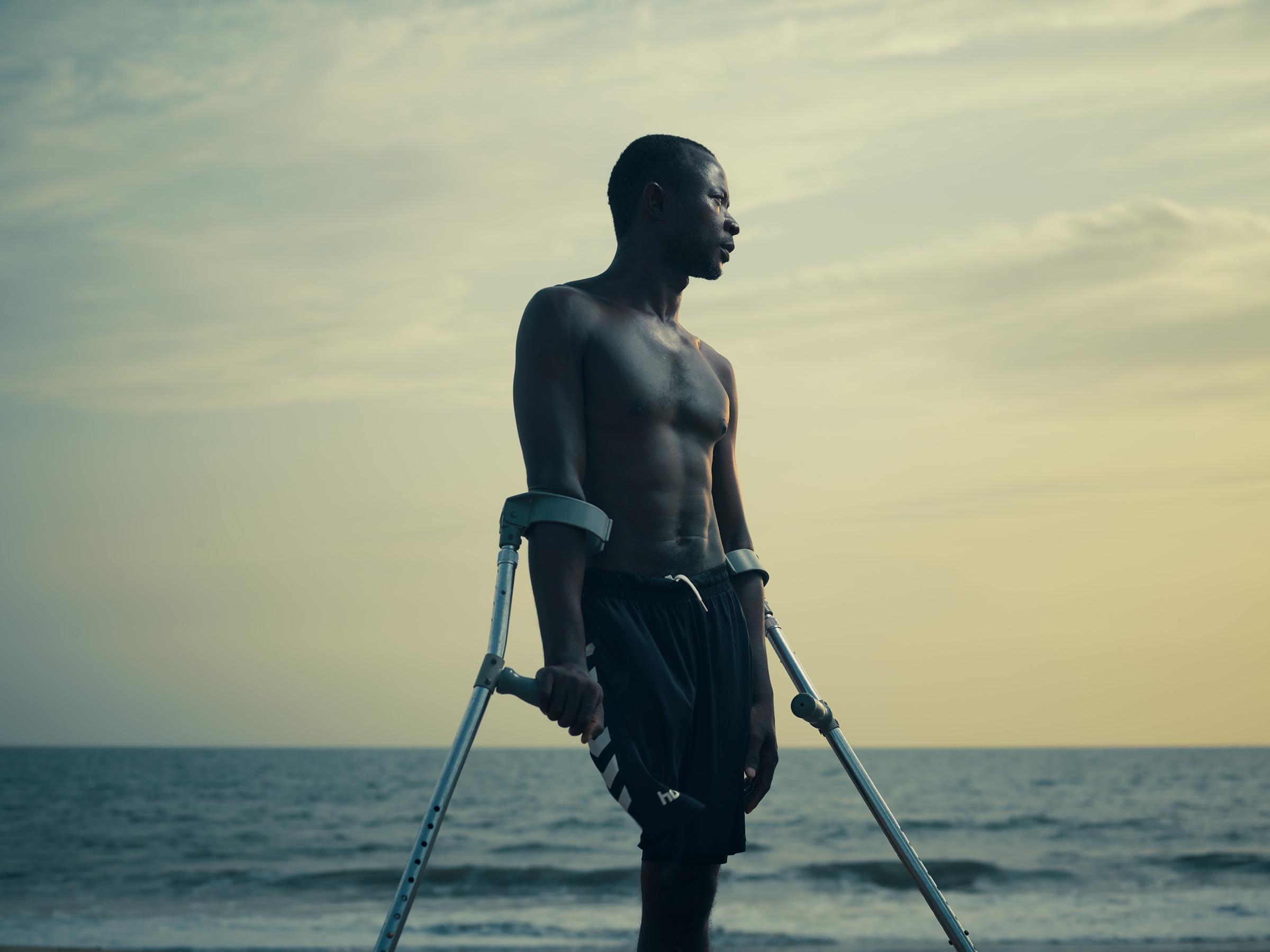 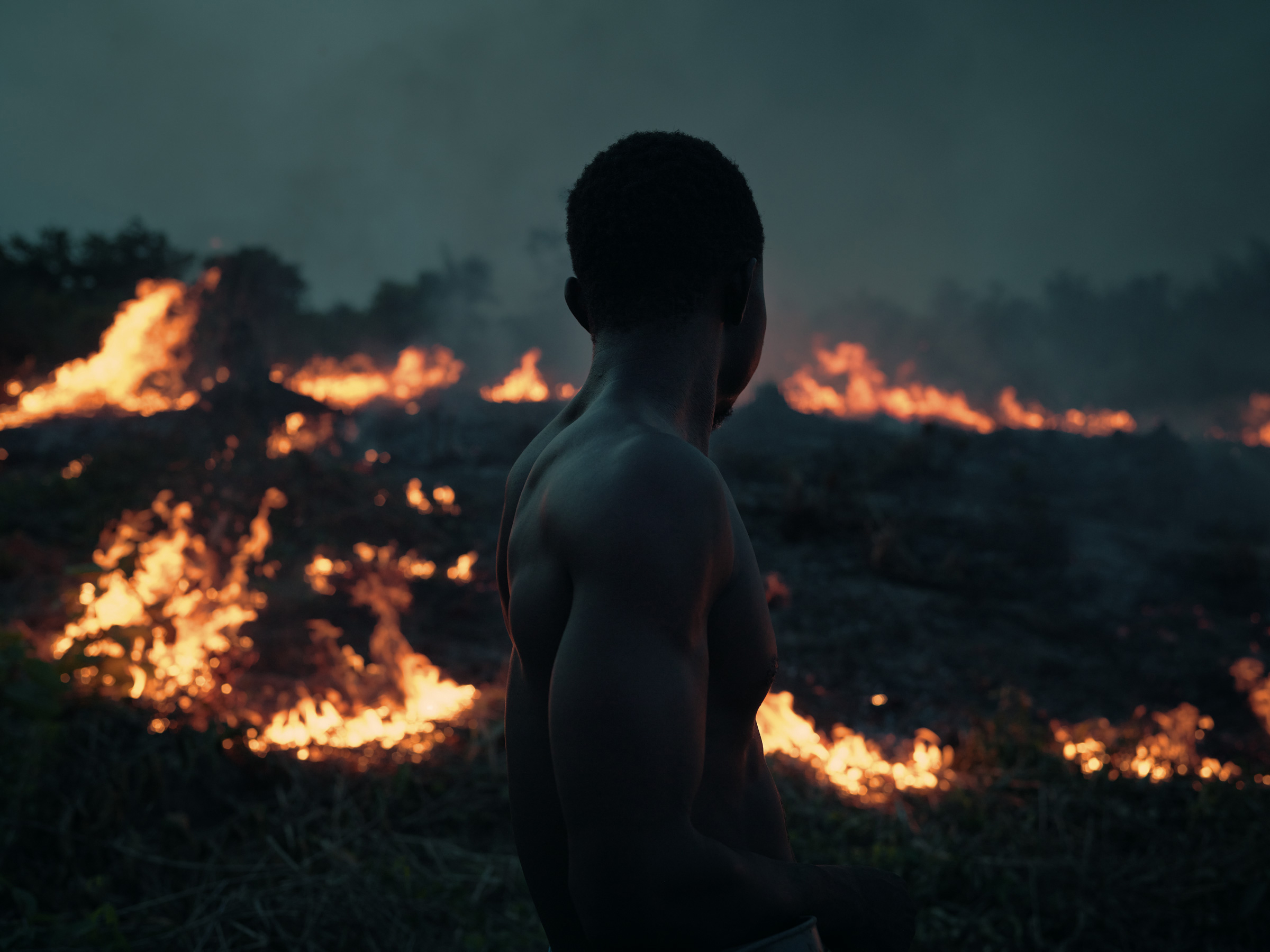 Donate to The Flying Stars’s GoFundMe page to help raise money for crutches and spare ferrules for the team.

Linkedin
RELATED ARTICLES
OTHER ARTICLES
To mark the anniversary of the mass trespass of Kinder Scout, a group of hikers came together with the intent of creating a new, fully inclusive culture for rural spaces.
The group’s leader and cofounder Randy Savvy talks nurturing the next generation of riders and keeping Black cowboy culture alive.
Following the release of his newly republished 1991 book, Redheads, the American photographer reflects on his celebration of ginger people and their magnetic power.
The government’s failure to take long Covid seriously has led to the formation of a group campaigning for the thousands of forgotten victims of the illness.
After news broke last week around an expected reversal of the 1973 landmark law that made abortion legal in the US, protestors gathered in the UK in support of American women.
Writers Matt Foot and Morag Livingstone explore how four decades of collusion between the government and the police have slowly eroded our right to protest.