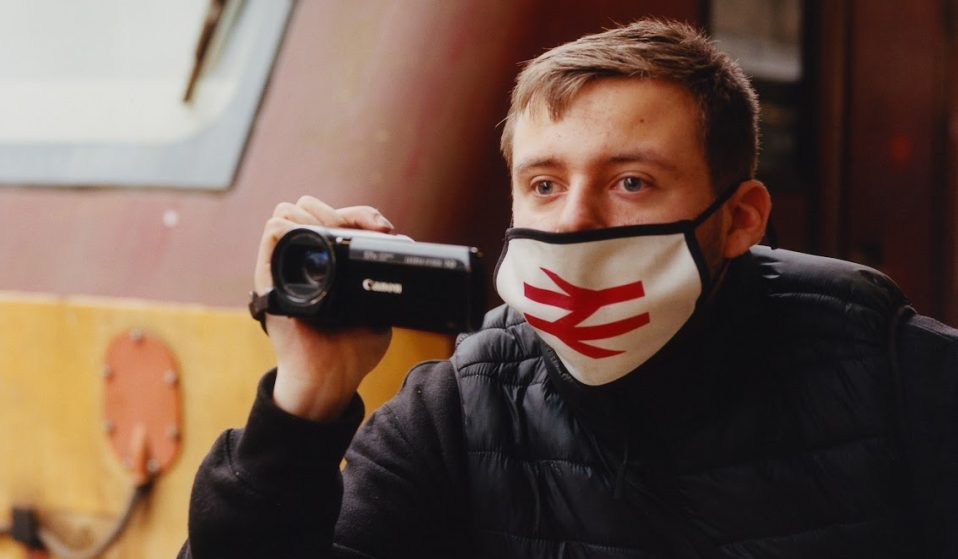 Freddie Miller’s new series of photographs investigates who today’s trainspotters are and what drives their unfettered enthusiasm.

Freddie Miller’s new series of photographs investigates who today’s trainspotters are and what drives their unfettered enthusiasm.

For most of us, trainspotting hasn’t been at the forefront of our cultural radars. That was until a certain young trainspotter named Francis Bourgeois went viral on TikTok, racking up millions of views for his unbridled enthusiasm and head-mounted camera footage of himself at railway stations. Bourgeois was the catalyst for Freddie Miller’s new photo series documenting the avid trainspotters of the UK.

“I think something that really interests me is when a subculture goes mainstream and becomes somewhat commoditised,” the London-based photographer tells me. “It happened with the hippie movement – it reached the tipping point of being something subversive, then brands turn it mainstream. Capitalism kicks in.”

Paralells can be drawn between the commodification of movements like Punk, Feminism or Queer Liberation, and the niche hobby of trainspotting. It’s been hard to ignore Bourgeois and his rocketing influence. Miller was “struck by Francis’s videos of bringing something quite niche into the mainstream”, noting the Gucci x North Face advert featuring the young trainspotter. “Maybe that wouldn’t have been very cool before. I was talking to my grandmother about trainspotting and she [said], at one stage, if you called someone a trainspotter, that would have been really insulting. But now, it’s really charming and British and cool.” 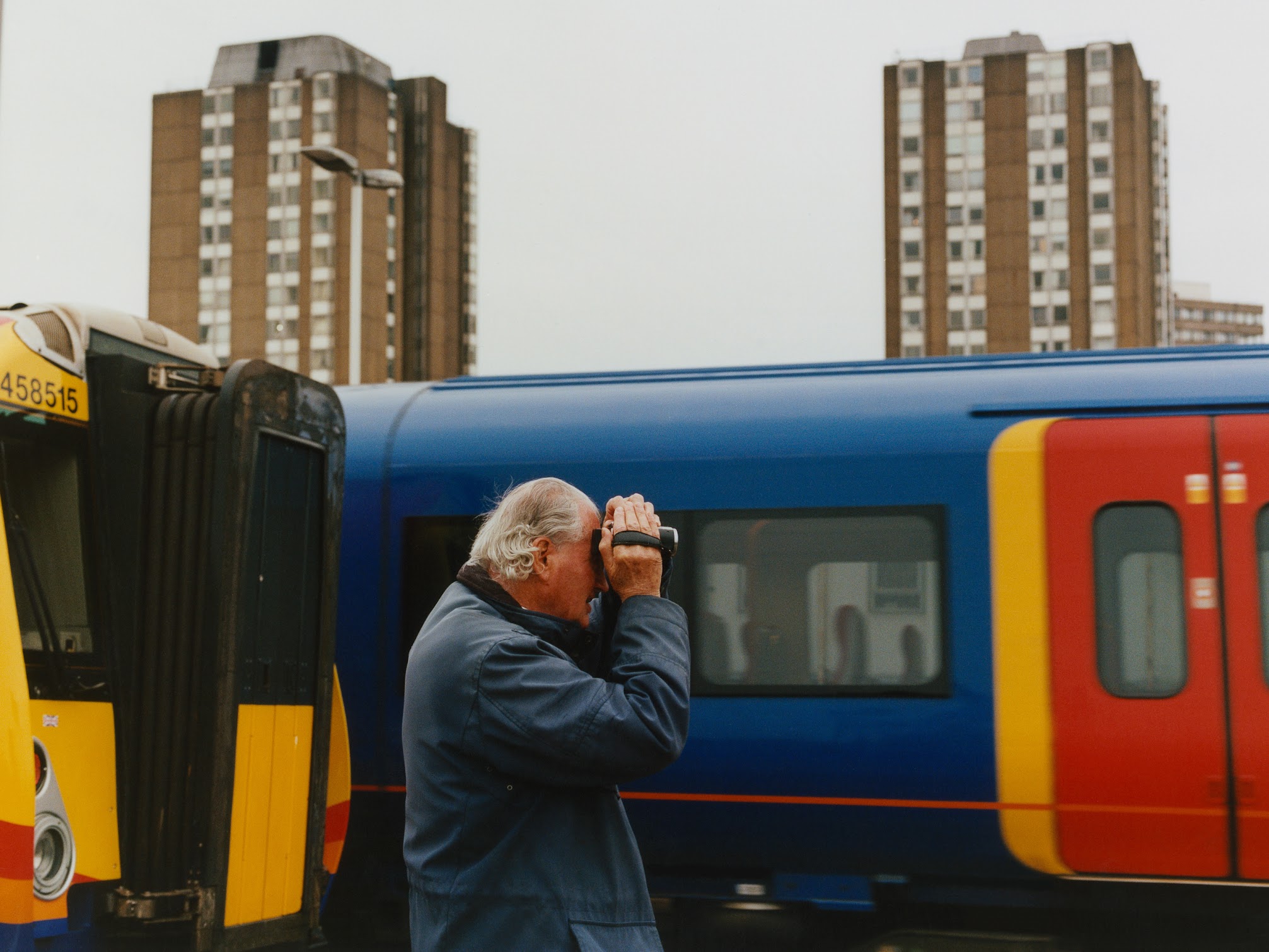 The first trainspotter Miller met was at Gospel Oak overground station, who explained to the photographer he was on “a year dash,” trying to spot as many Class 378s as he could. A Class 378 is “a very standard London overground train. There doesn’t seem to be much distinction between different ones”, Miller explains. “[The trainspotter] had this little handbook with him which had hundreds of different crossed out hundred-digit numbers that you bought pre-written, which corresponded to the number of the train that was going to come past. When the train came by, he simply crossed it out. He had this motivation to see all of the overground trains in circulation.”

As with most old-school hobbies, mass-collecting is the aim, and with trainspotting, Miller thinks it’s the “notion of visually collecting” and “achievable satisfaction” that appeals to trains enthusiasts.

Despite the majority demographic being “predominantly white and older male, mostly retired”, Miller explains that there are a lot of young men in trainspotting who are social media savvy, using it to engage with the trainspotting community – like trainspotter Ryan Windridge. “There are definitely two generations of trainspotters; whether Francis Bourgeois inspired younger people to do it, I don’t know… That’d be interesting to find out; the younger people’s motivations for it.” 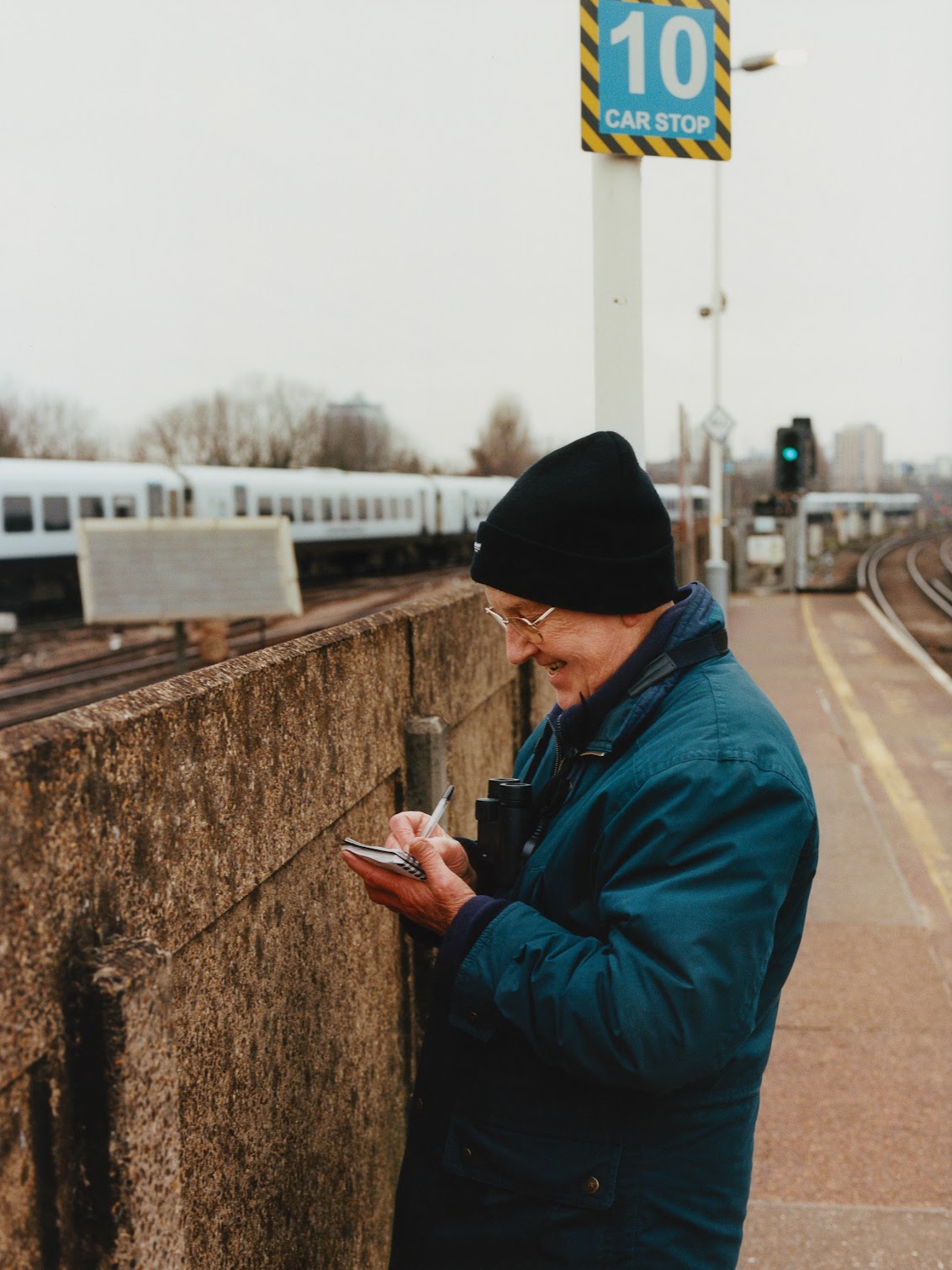 The joy of getting a train number, Clapham Junction 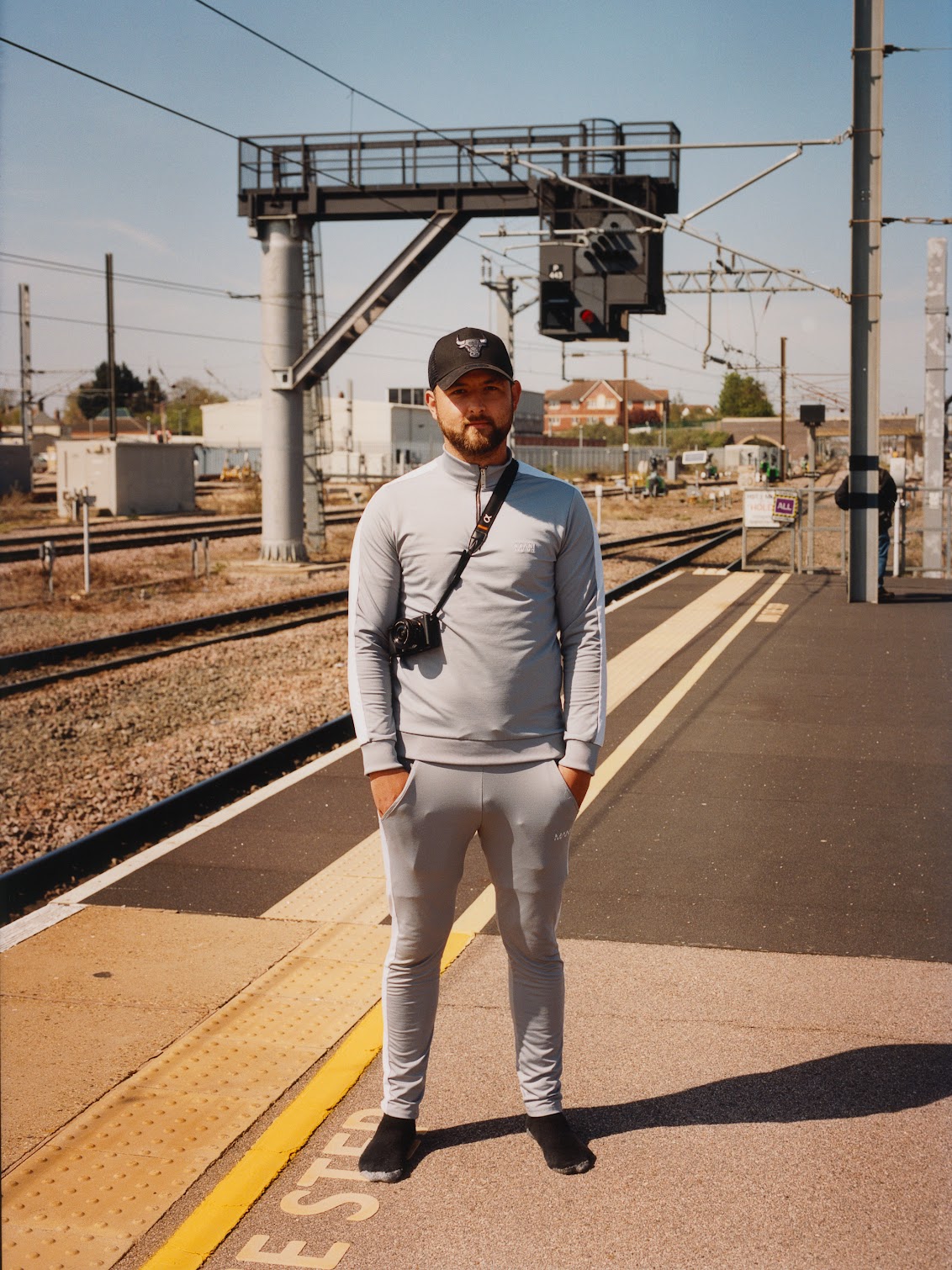 For this project, Miller admits he accidentally became a trainspotter himself. At first, when he was “finding no trainspotters” he questioned the legitimacy of the project. “I spent a lot of really lonely, cold Saturdays wandering around overground stations in London in January”. But after finding one spotter and using forums, he “was able to anticipate where [the trainspotters] would go”, he explains.

The more trainspotters he met, the more it dawned on Miller how deeply invested and passionate the trainspotters were about Britain’s rail history. Having invented rail in Cornwall in the early 19th century for the mining industry, Britain’s historic colonial power undoubtedly lay in its rail exports. “Whatever way you look at rail, it’s just incredibly and deeply ingrained in British consciousness,” says Miller. Although Miller doesn’t necessarily think the trainspotters and their hobby have troubling nationalistic foundations, the images do evoke at once a charming British quirk and a slightly unsettling nationalistic sentiment.

On a number of occasions, trainspotters would assume Miller was one of their own (this was only natural considering he was running up and down a platform with a camera in hand). “They give you a nod. You have a little chat with them. There’s a sense of camaraderie when you’re also into their little niche thing. It’s a real social thing”, says Miller. “Trains were the only thing that were discussed… everyone was deeply into it, and just the level of knowledge was just absolutely, absolutely insane.” 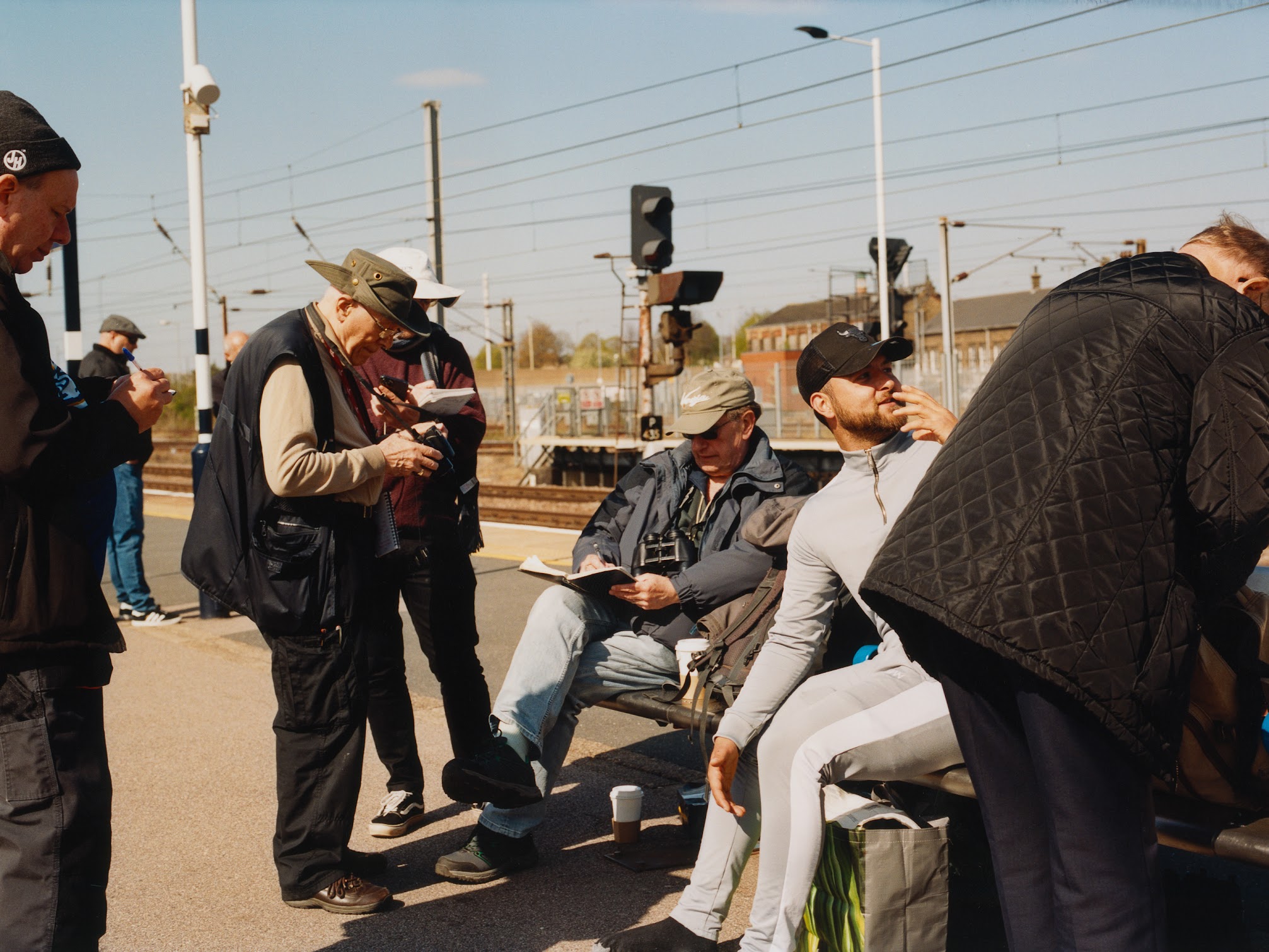 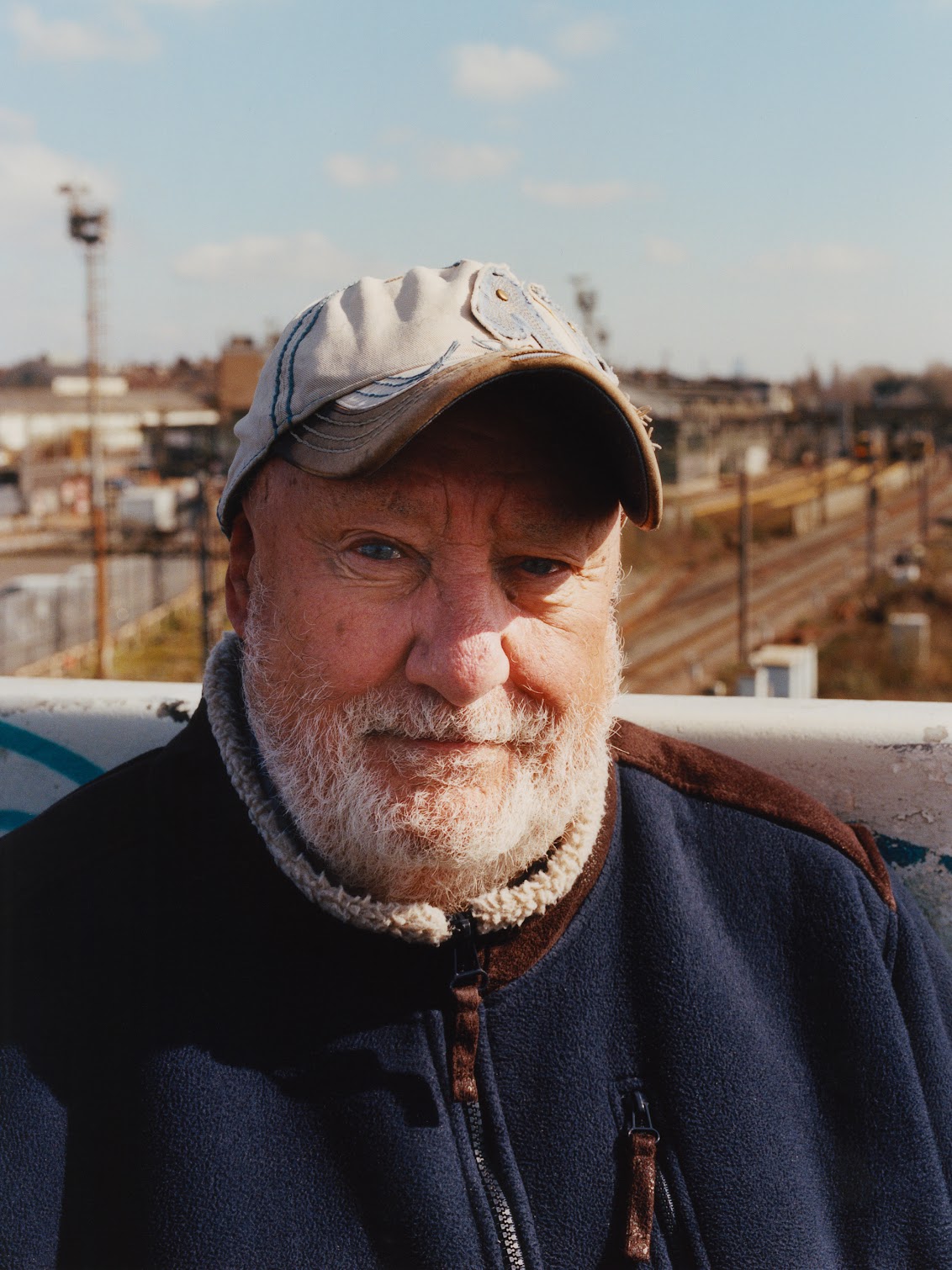 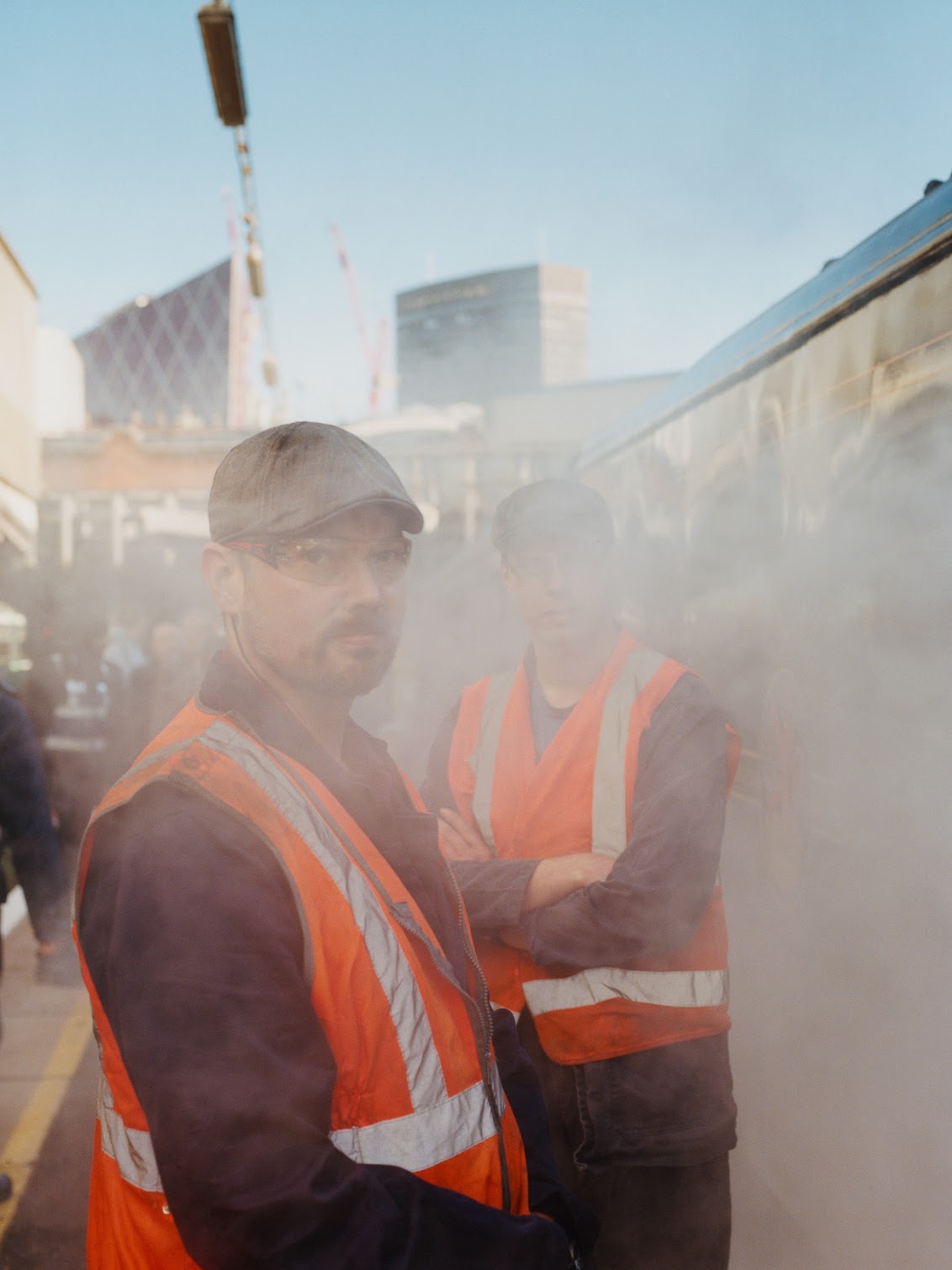 Engineers on standby by the Flying Scotsman, London Victoria 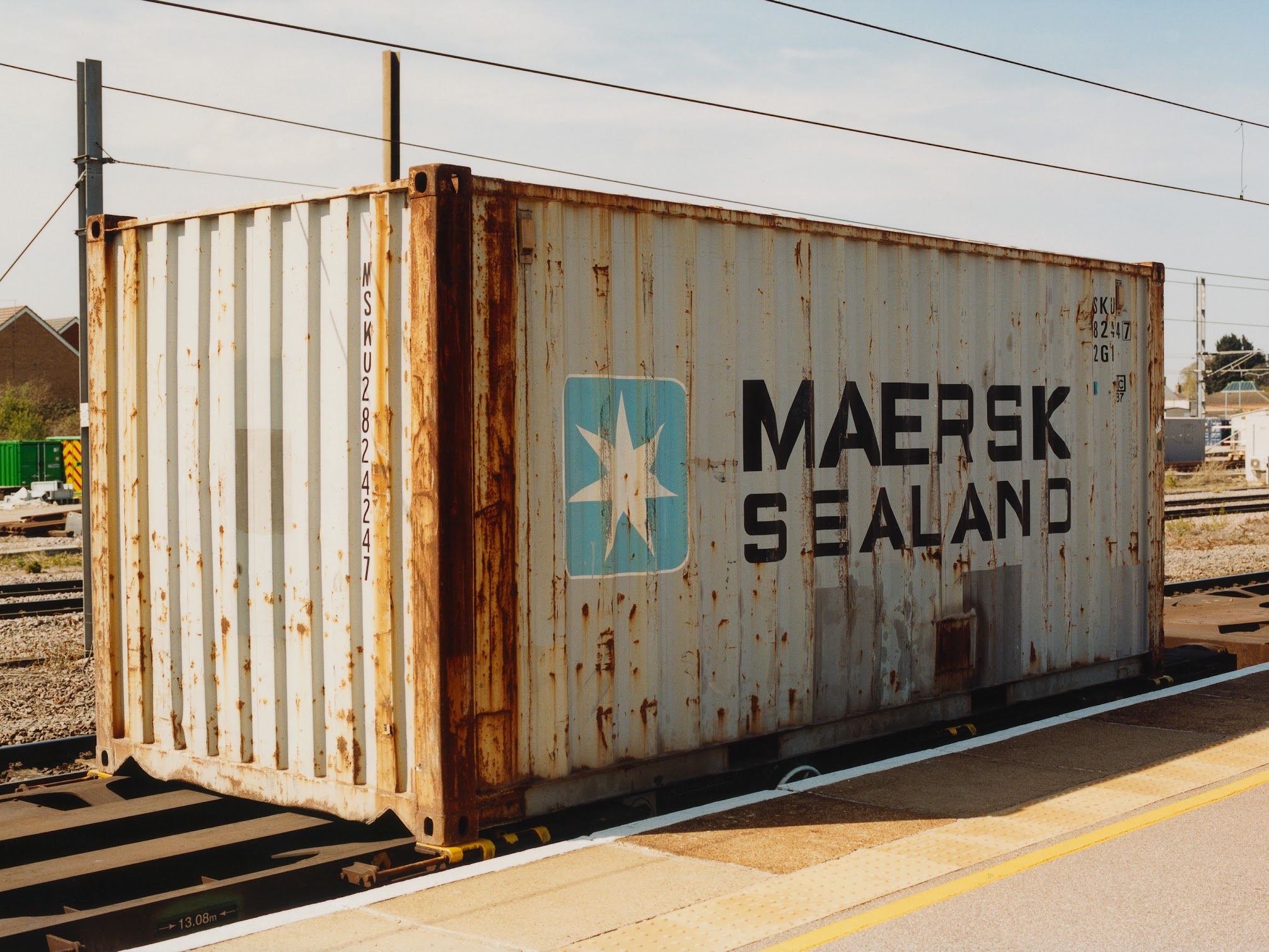 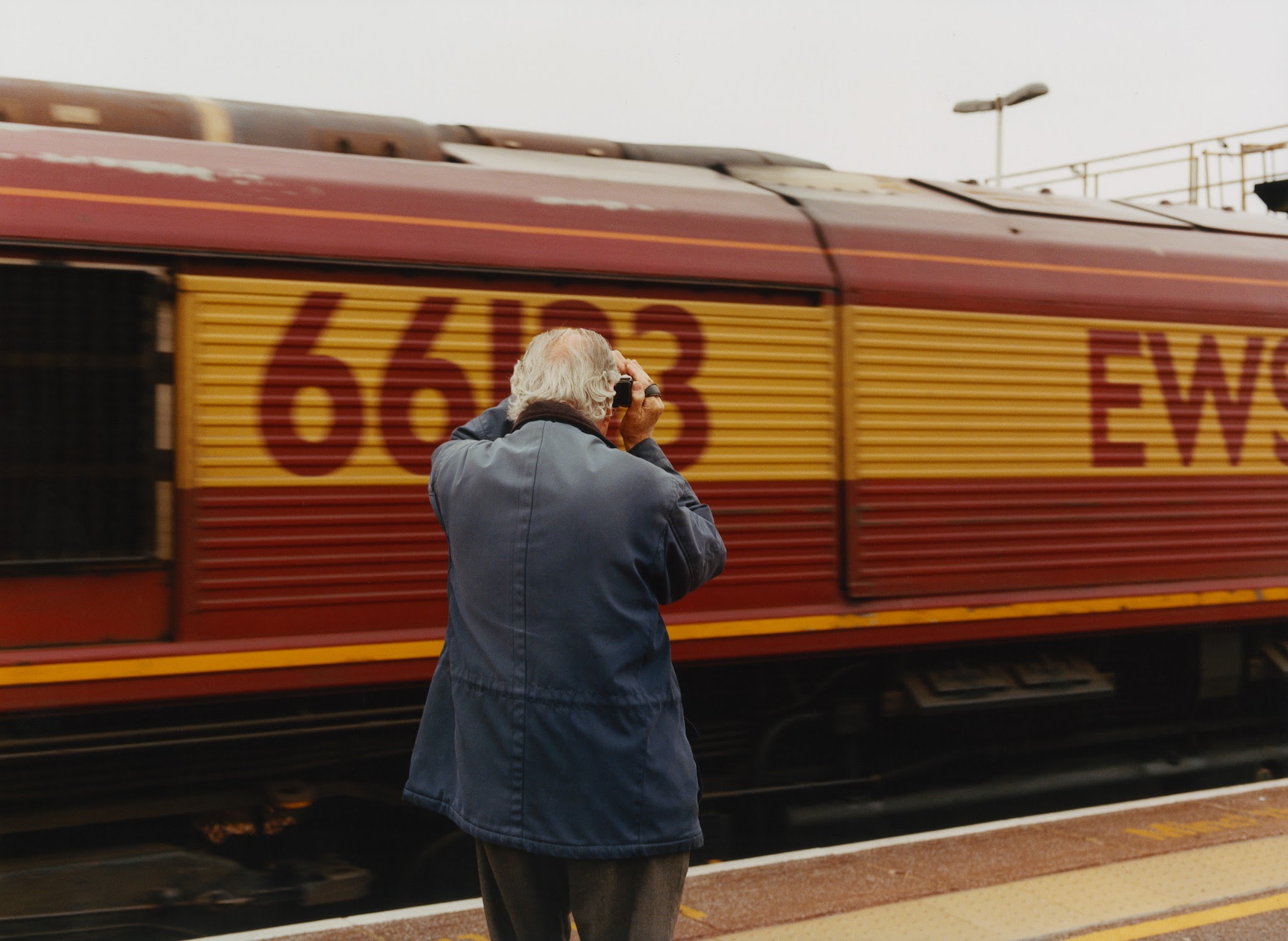 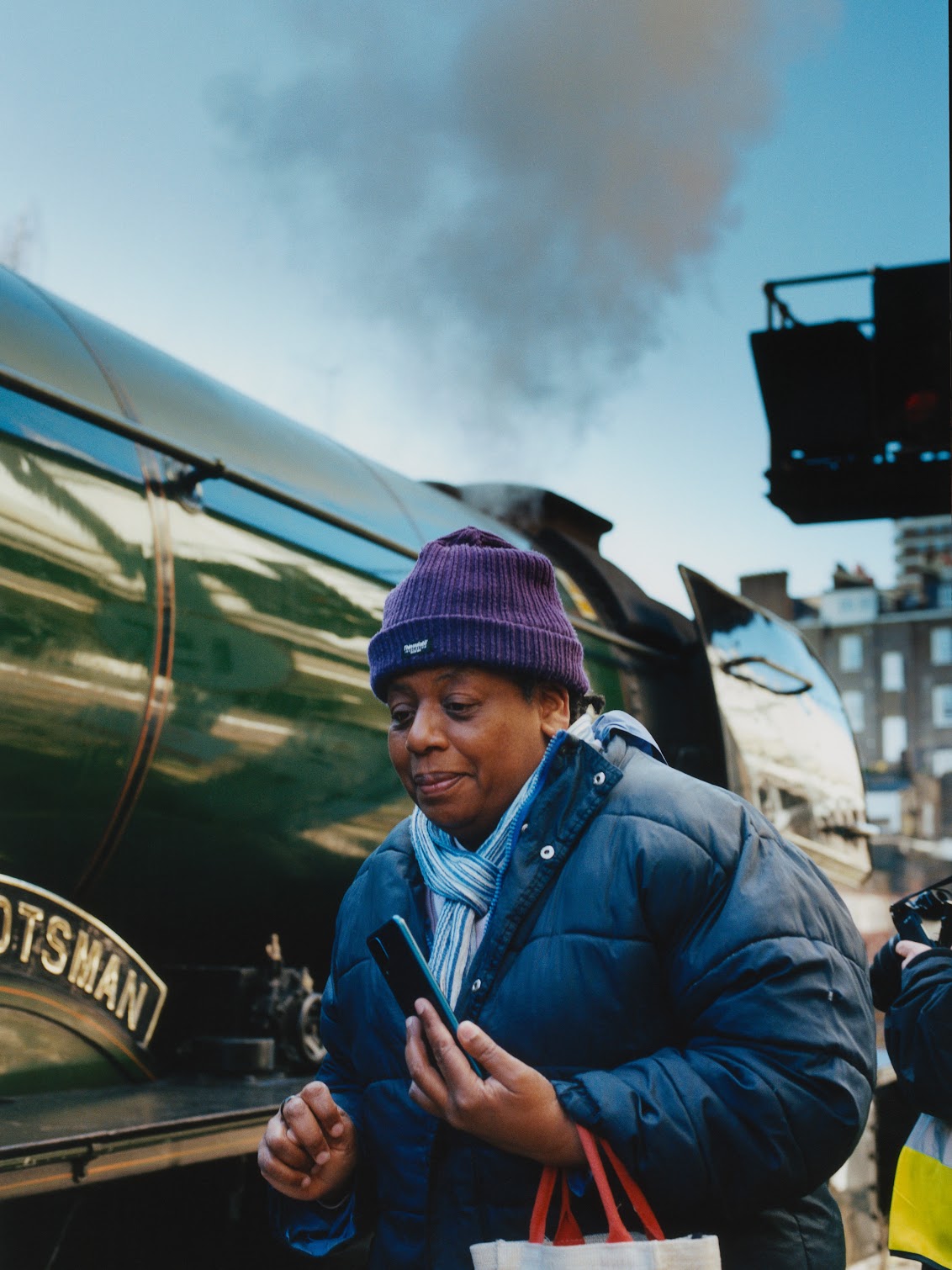 A moment of glee by the Flying Scotsman, London Victoria 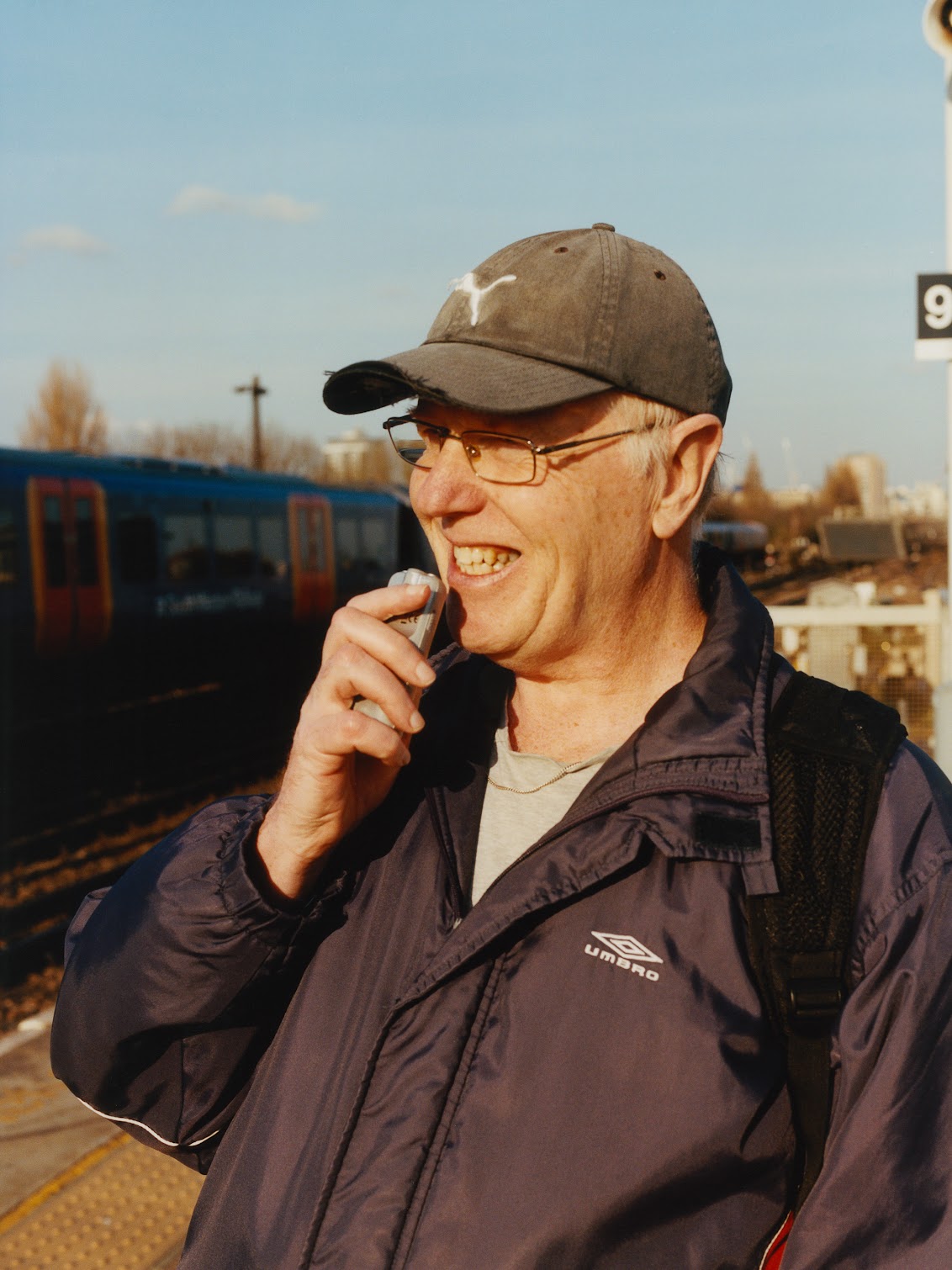 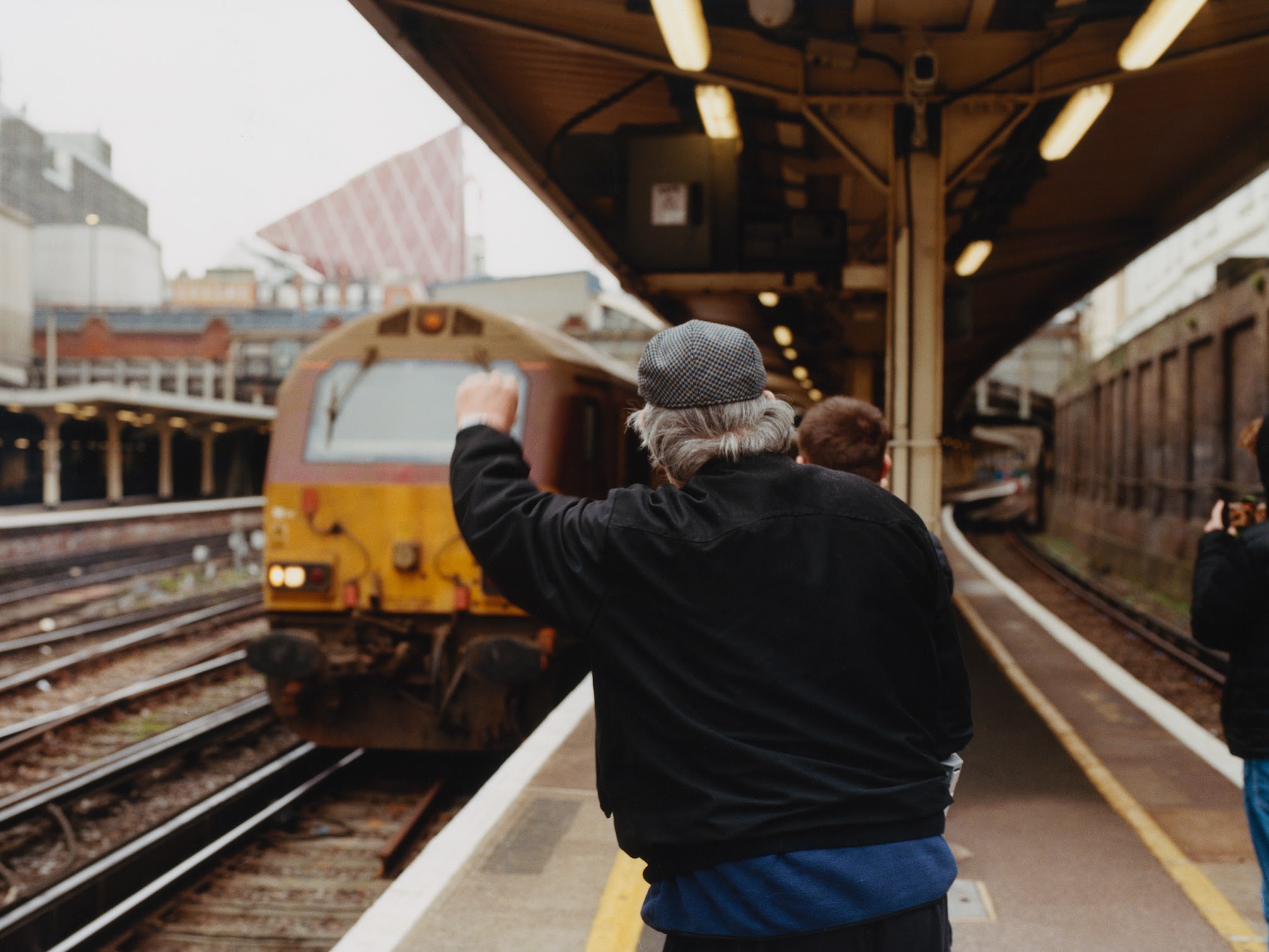 See more of Freddie Miller’s work on his Instagram.

Linkedin
RELATED ARTICLES
OTHER ARTICLES
Shaunak Sen discusses his documentary chronicling an ad hoc hospital’s efforts to protect the city’s birds of prey.
After being subject to racism growing up, Kavi Pujara’s photo series allowed him to reconnect with and reimagine his hometown.
A centuries-old tradition is offering families a way to honour the deceased, reports Arbab Ali.
Planet Ardbeg is a 40-page sci-fi anthology created by three cutting-edge artists.
Over the weekend, the United Families & Friends Campaign organised a protest calling for an end to deaths at the hands of the police.
We catch up with the singer in her London studio to connect the dots between music, painting and her relationship with the city.