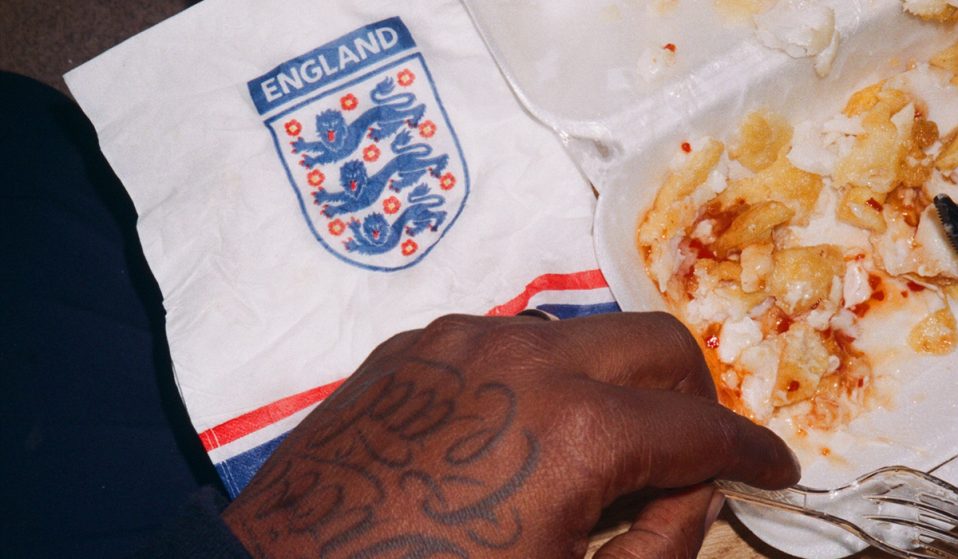 A new series of photos by Johny Pitts shines a light on communities and subcultures that have all too often been overlooked.

A new series of photos by Johny Pitts celebrates Black life in Britain while shining a light on communities and subcultures that have all too often been overlooked.

Over two years ago in January 2020, while Johny Pitts was living in Marseille, southern France, he received a visit from poet Roger Robinson and his partner Nicola Griffiths. Having previously collaborated on Robinson’s T.S. Elliot award-winning book A Portable Paradise (Pitts provided the photograph for the front cover), the pair toured the best sights the city had to offer, all the while discussing their favourite topics: poetry and photography.

With ideas bouncing off each other freely, one theme continued to circle back – the concept of home. “For the Black community, after years of austerity, the Windrush Scandal and Grenfell Tower – people’s homes literally burning down – it feels like the rug has been swept from underneath us,” says Pitts.

“So what is home for us in this country that seems to be imploding in some ways? Or at least going backwards,” he continues. “We realised that home is not Sheffield for me, or London for Roger – it’s actually all these different ingredients and all this community that keeps us together.” 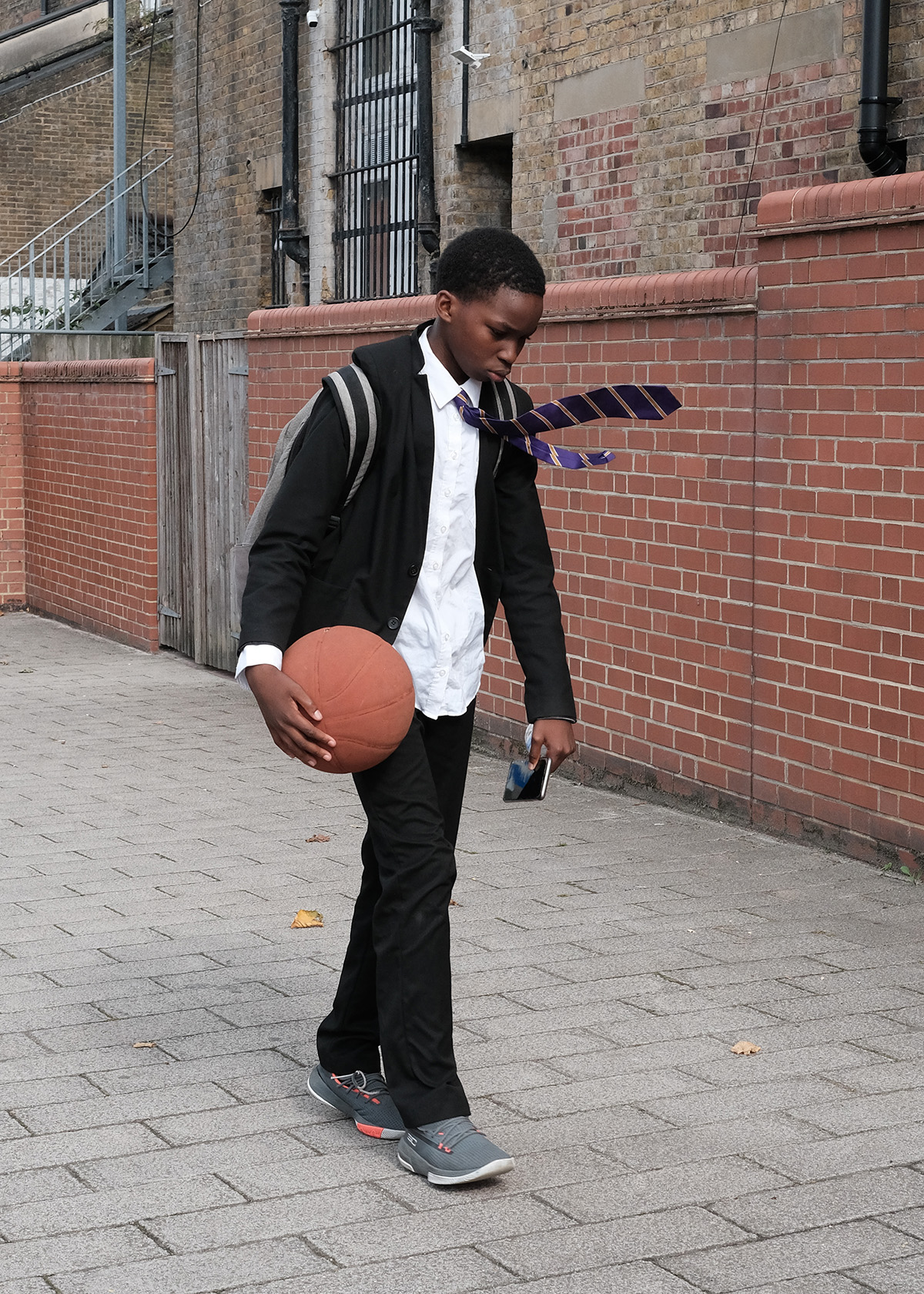 With this thought in mind, Pitts and Robinson decided to head on a road trip around Britain, in search of the characters, communities and histories that make up home for Black Britons past and present.

Driving in a rented red Mini Cooper, the pair’s journey began in London, before heading east to the Tilbury Docks, where HMT Empire Windrush first landed in 1948, bringing Caribbean migrants to the post-war British shores. “People think [that’s] where, although not exactly true, multiculturalism began in this country,” Pitts explains. “So we thought: ‘What happens if you didn’t stop there, but carried on going clockwise around the coast?’”

From Tilbury, they circumnavigated the shorelines of England, Wales and Scotland, taking them from places as disparate as Southampton, Bristol, Cornwall, Cardiff, Liverpool, Glasgow, and even as far as John O’Groats at the Northern tip of the British Isles. The result of their journey is Home is not a Place, a book of photographs of the trip taken by Pitts with moving poems penned by Robinson. An exhibition in Pitts’s hometown will also run at Museums Sheffield between August and December 2022. 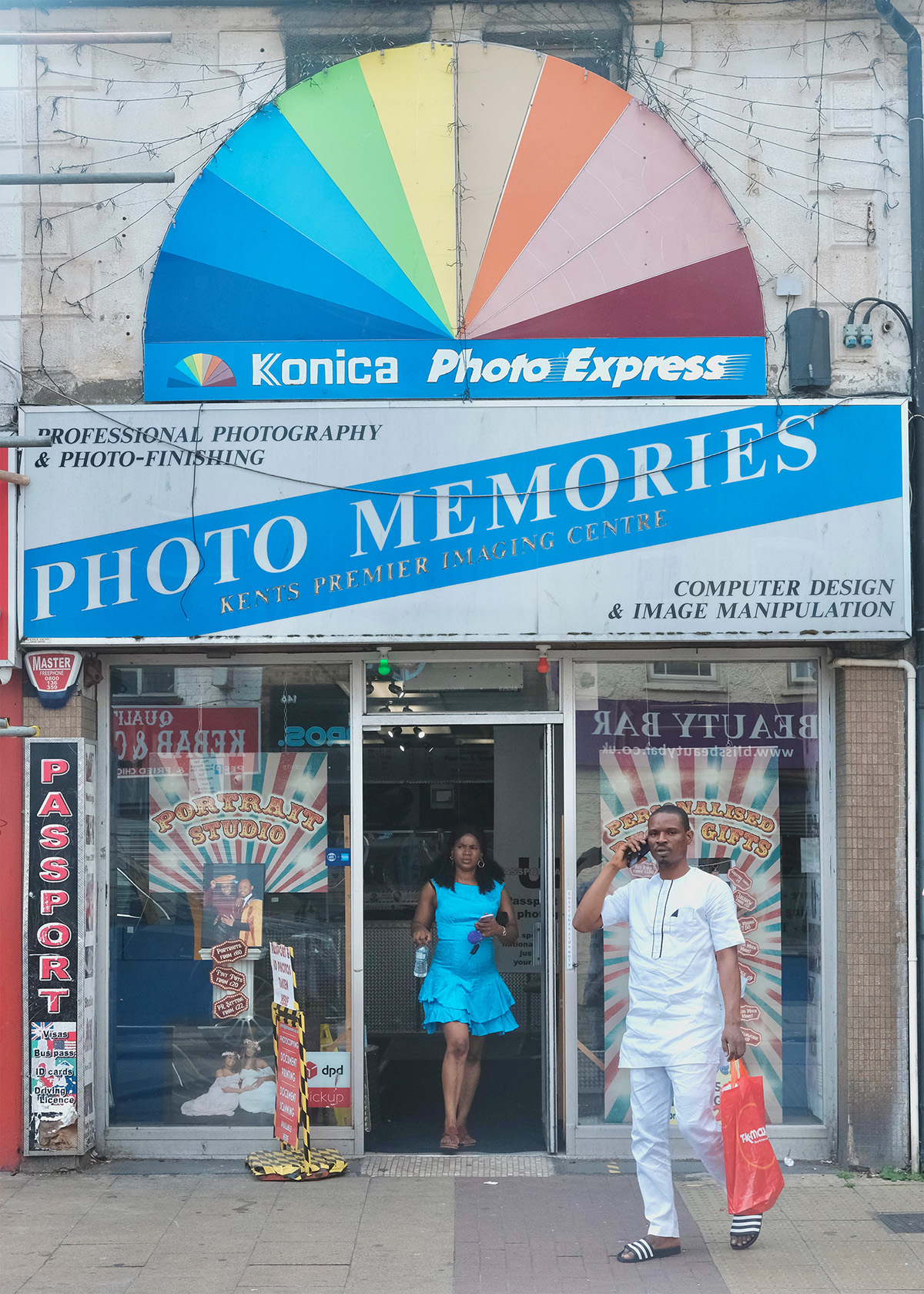 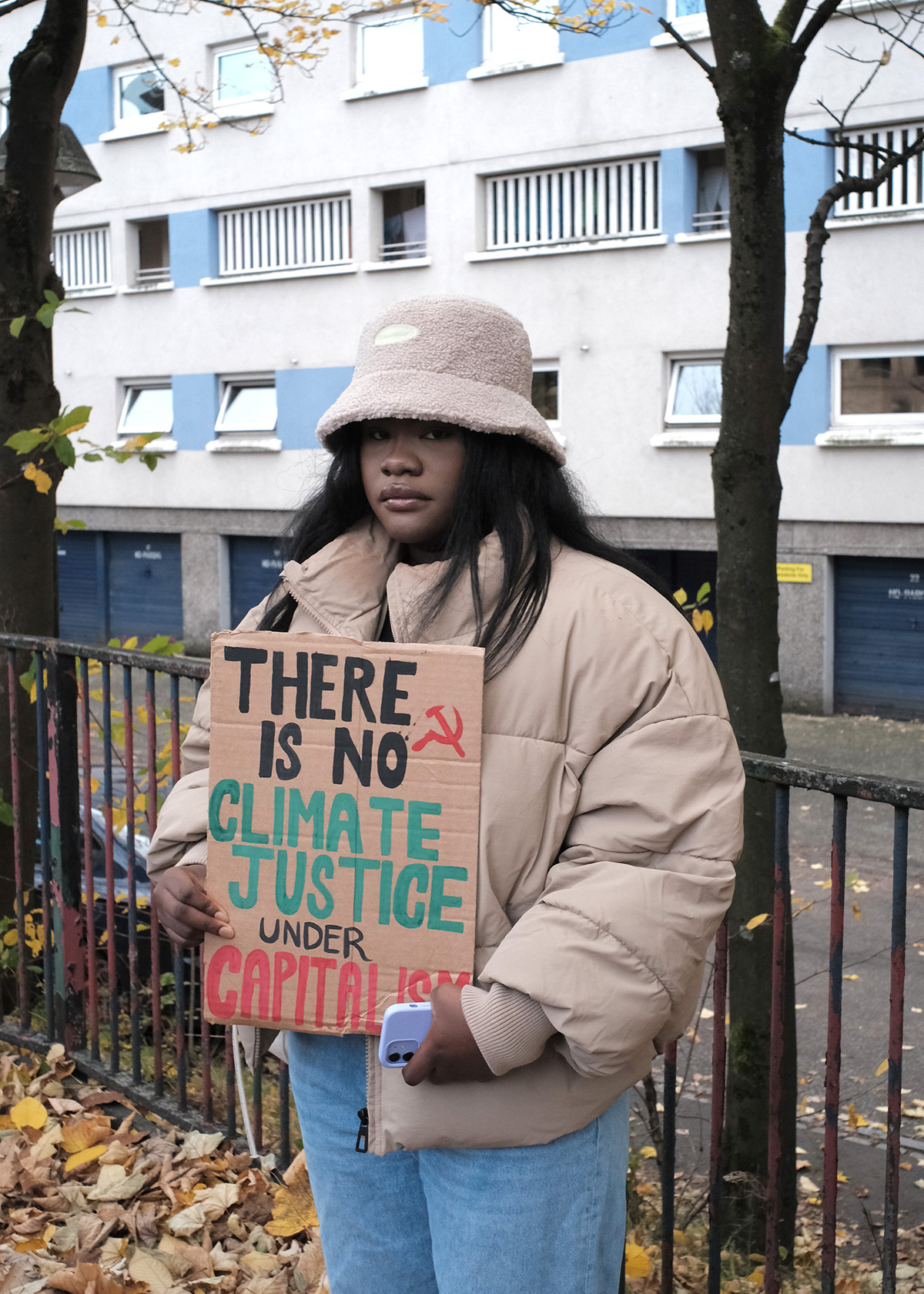 The photographs showcase the diversity of the Black experience in Britain, from a security guard at London’s Barbican Centre; to a schoolboy striding, head bowed while cradling a basketball in one hand; or a family taking a group selfie at Land’s End. The shots celebrate the histories and cultures that make up the fabric of British life, shining a light on communities that have often been obscured or neglected.

That group selfie stands out particularly in Pitts’s mind. “Shots like this, where you have a Black family doing something really banal – you don’t see that usually. Images of Blackness – they’re either super stylised and high fashion on the one hand, or they’re really ghettoised on the other. And so that’s what I found in these places. I just found this sort of everydayness.” 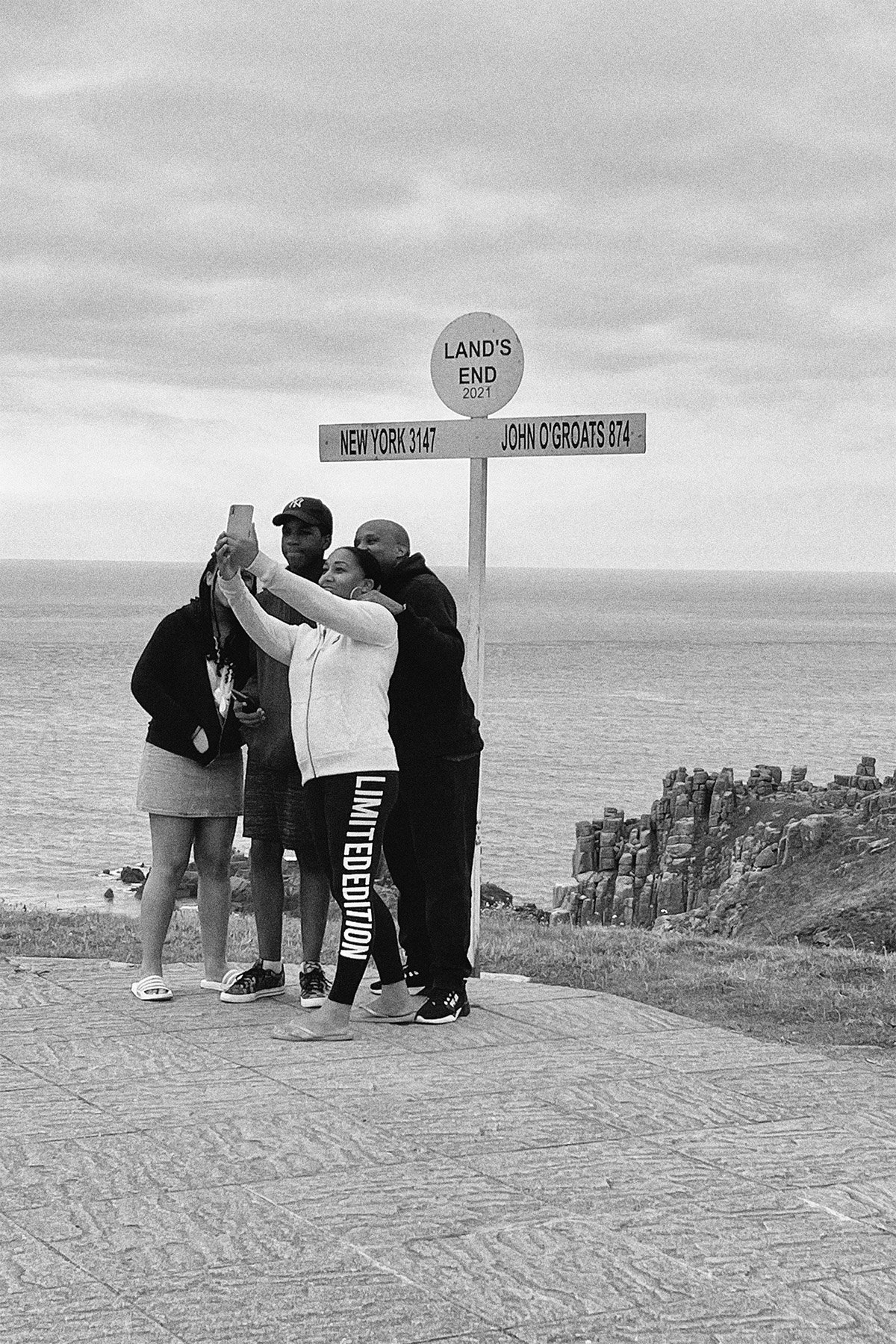 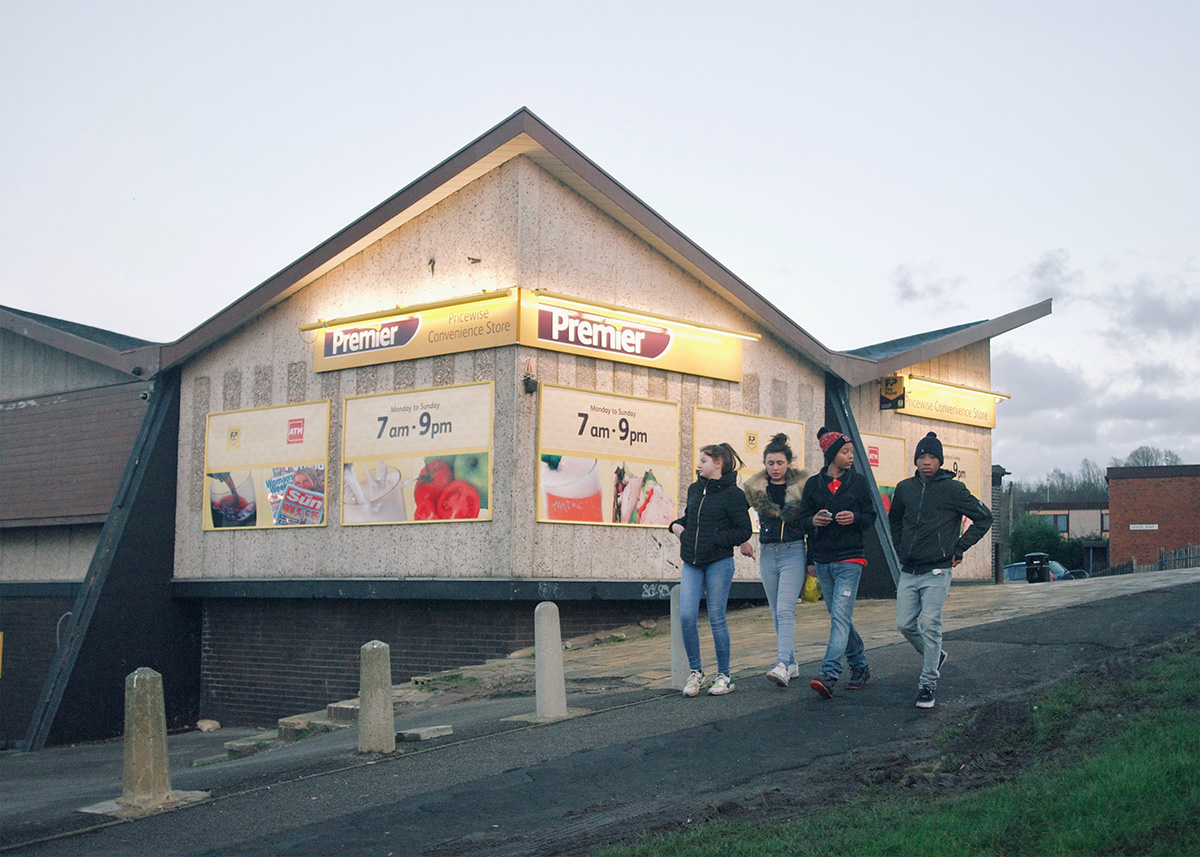 Pitts recalls how, almost everywhere they turned, they found fragments of Black British history. On one particularly stormy day exploring South Shields, near Newcastle, Pitts battled through rain to visit Castra Arbeia, an ancient Roman fort that was constructed around in the second century AD.

“I found remnants of Septimius Severus, who was a Roman African Emperor originally from Leptis Magna, which is modern day Libya,” he says. “It was just amazing – like you had this man of African descent who really looked after the empire all around that part of the UK, into Scotland as well.

“And what I love and what we were working on a lot is to not just put Blackness in a silo,” he adds. “But to show the blurs and cracks – not only in this country, but also in Black identity, and really show how mixed up it all is.” 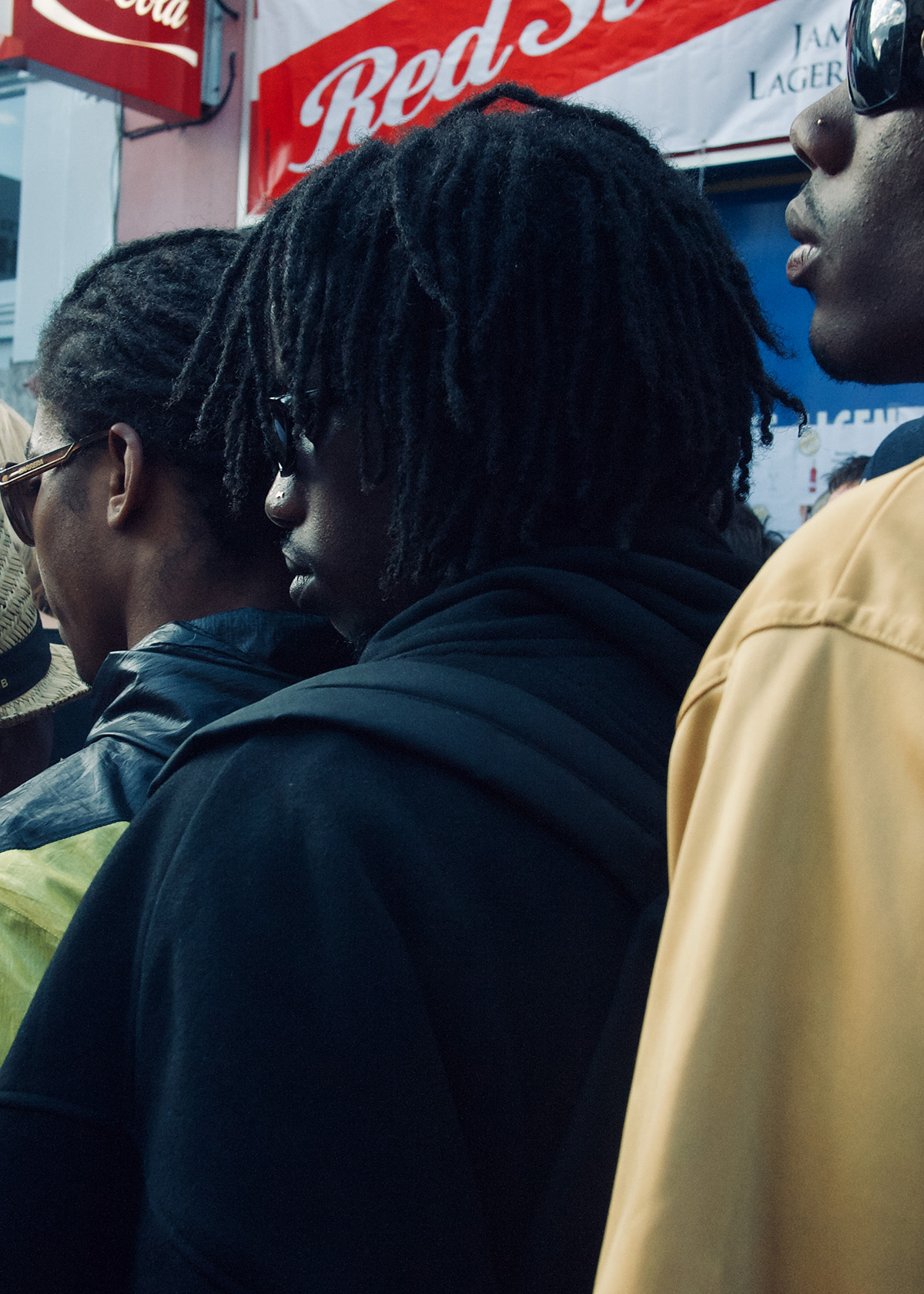 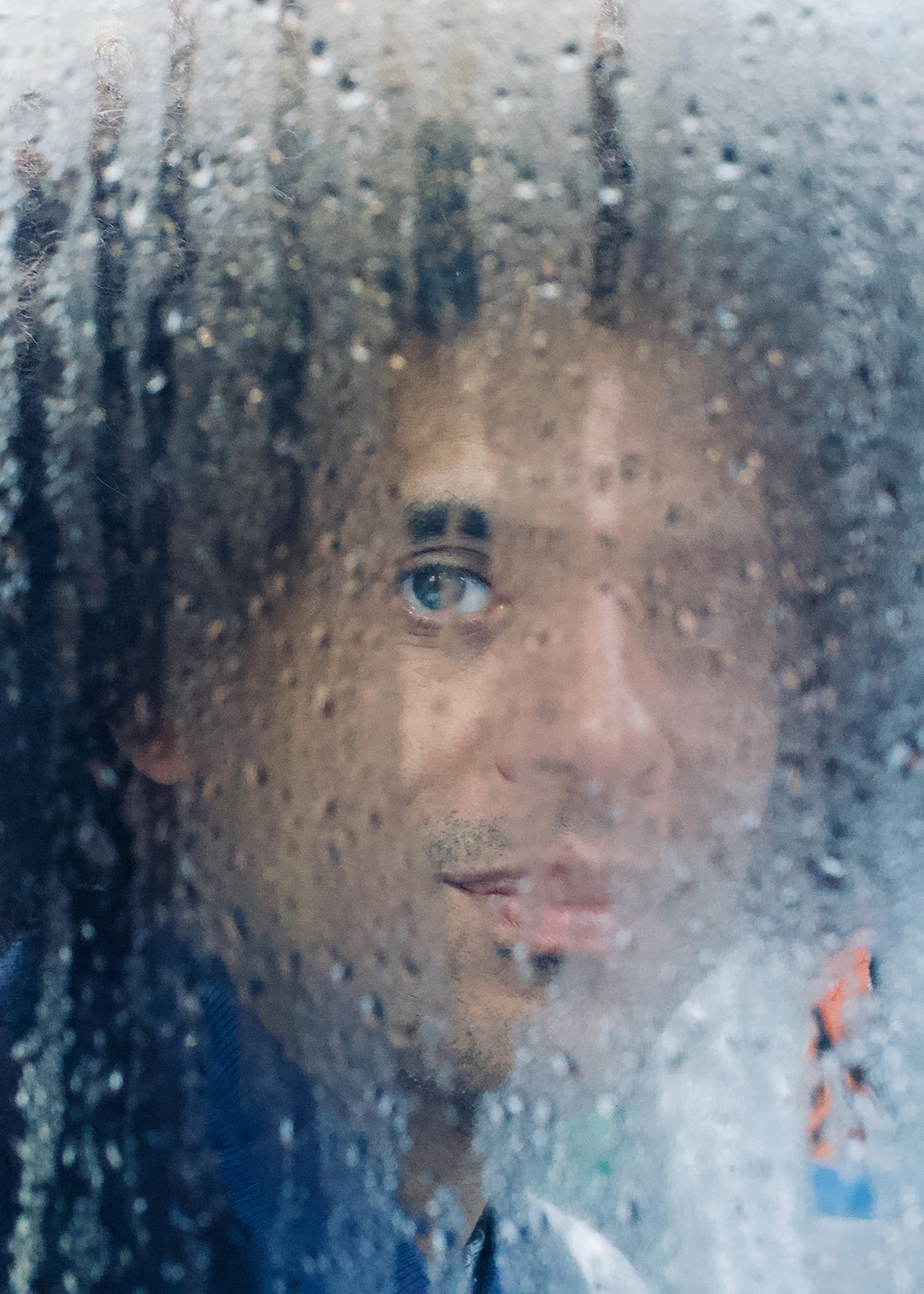 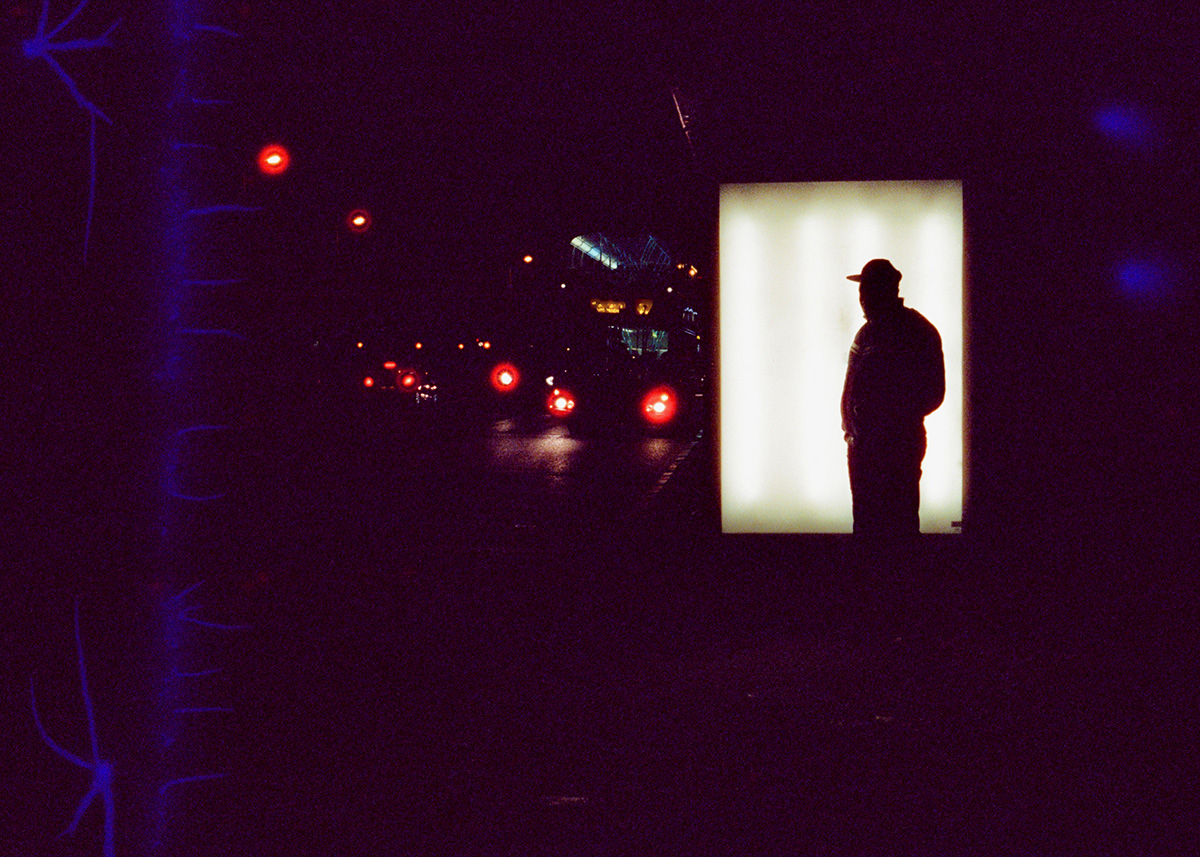 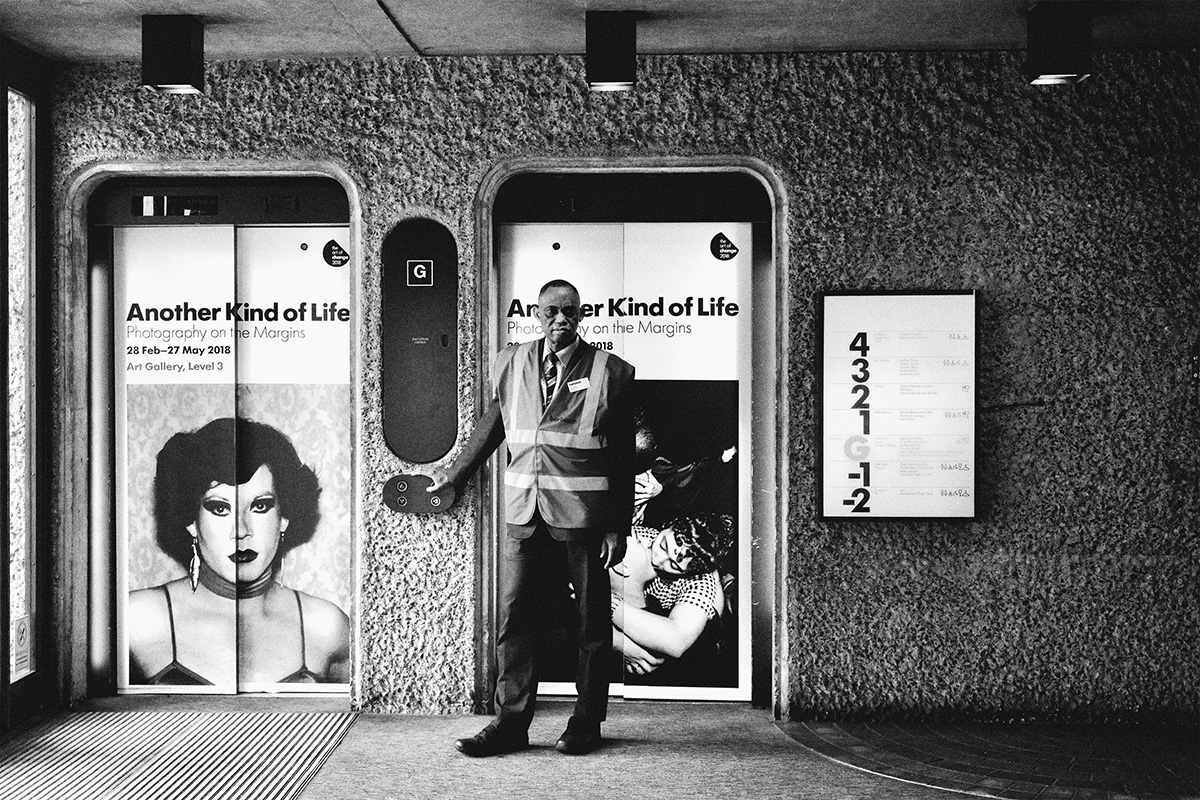 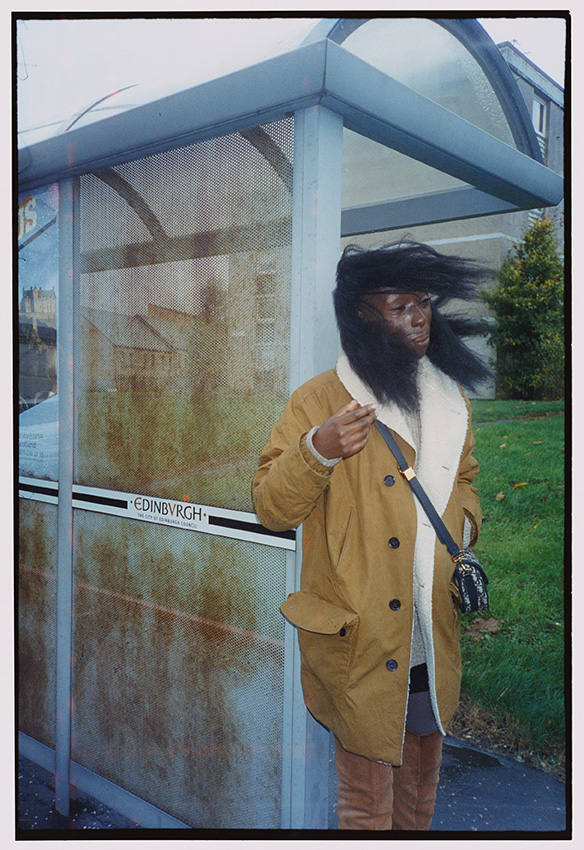 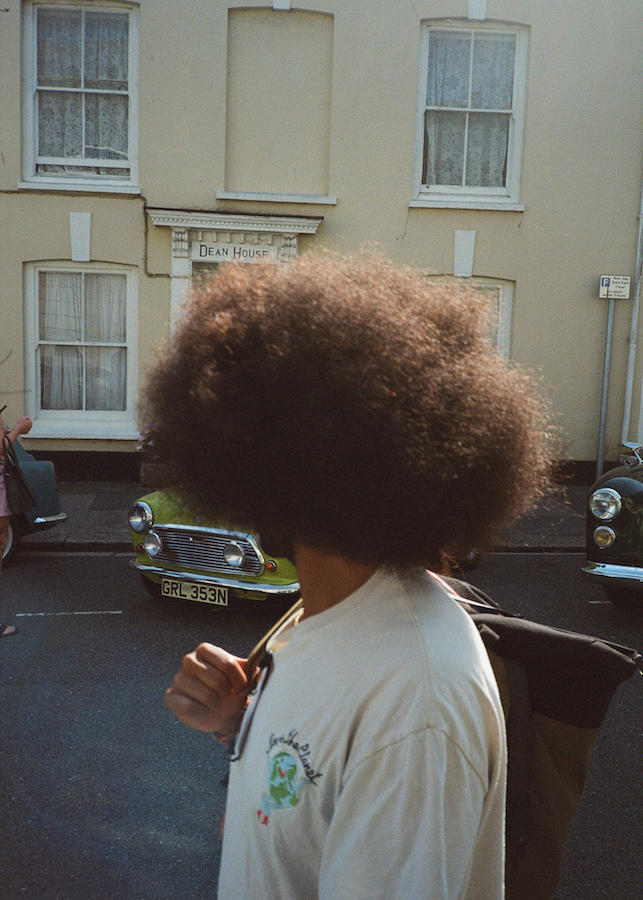 Home is Not a Place will be published by Harper Collins late September 2022. The exhibition by Johny Pitts, commissioned by Photoworks for the inaugural Ampersand/Photoworks Fellowship will be exhibited at Graves Gallery, Museums Sheffield from 11 August – 24 December 2022 and Stills Gallery, Edinburgh 9 March – 10 June 2023.

Linkedin
RELATED ARTICLES
OTHER ARTICLES
Over the weekend, the United Families & Friends Campaign organised a protest calling for an end to deaths at the hands of the police.
After voting to strike across England, prison teachers explain why they’ve been pushed to a breaking point.
After a devastating fire, creatives in the city are coming together to call for more affordable workspaces.
A new photo series documents tribes preserving the environment through simple, sustainable practices in central Asia.
SOAS Detainee Support detail the appalling conditions they witnessed at the dangerously overcrowded immigration centre in Kent.
Shaunak Sen discusses his documentary chronicling an ad hoc hospital’s efforts to protect the city’s birds of prey.