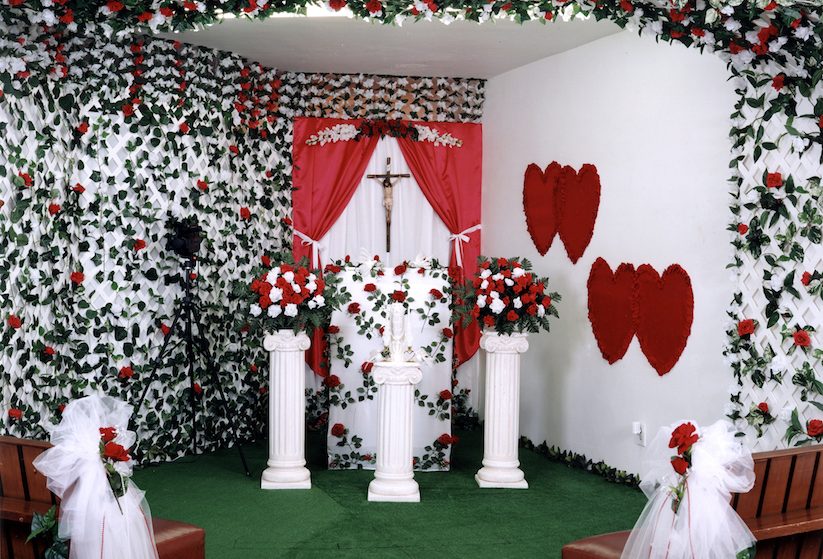 In 1997, photographer Jane Hilton set out to document empty Vegas wedding chapels which, viewed in isolation, become both eerie and absurd.

In 1997, photographer Jane Hilton set out to document empty Vegas wedding chapels which, viewed in their isolation, become both eerie and absurd.

For the ease of acquiring a marriage license and the relatively low costs involved with throwing a ceremony, Las Vegas is often dubbed the “wedding capital of the world”. Wedding chapels are ubiquitous in the city: in fact, most of Vegas’s major hotels have them, while many of the local restaurants offer marriage ceremonies. And, for those couples looking for a speedier service, drive-thru weddings are also available.

Photographer Jane Hilton first became fascinated with these ceremonies during a business trip to Vegas in the early ’90s. The British photographer was shooting for a commercial client in the desert, staying in the now-defunct Hacienda resort in Vegas.

“It was Valentine’s Day,” she recalls, “and I leaned out of my bedroom window, and saw this sea of brides and grooms. I later found out that two and a half thousand people got married in Vegas that day alone.” 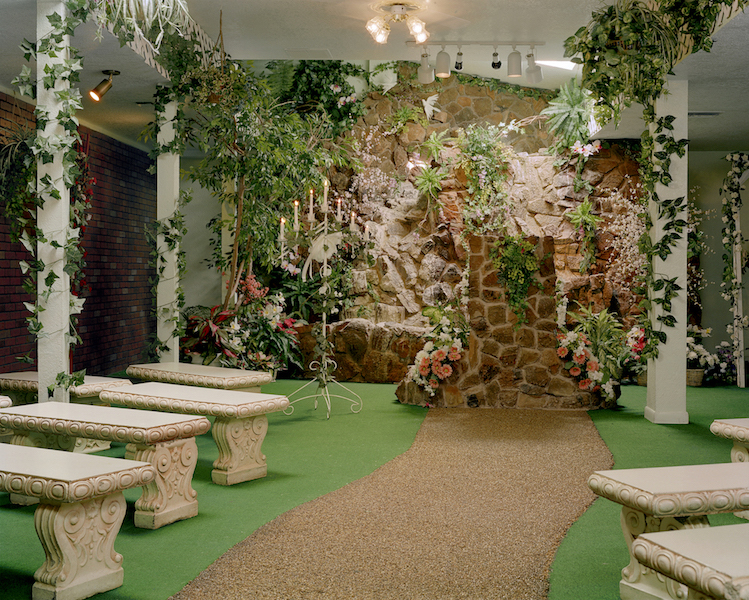 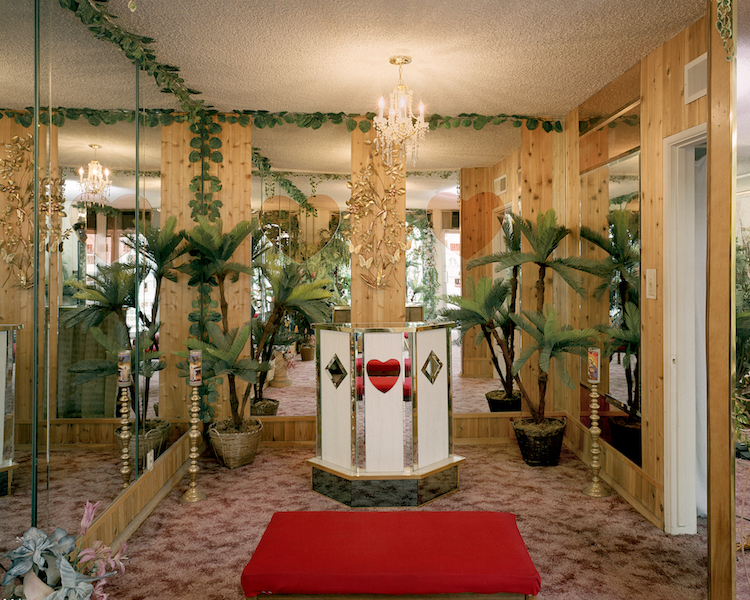 Hilton would return to the state “two to three times a year” over the next seven years as part of a project documenting Vegas weddings. “It was a great thing to photograph, because unlike some other subject matters, where access is very difficult, people are in a happy place on their wedding day,” she says.

After photographing over a 100 weddings, on a trip in 1997, Hilton decided to take a different approach, capturing the venues empty – the very opposite of how they’re designed to be seen. “I really loved the actual spaces couples chose to get hitched in,” says Hilton. “They’re peculiar, kitsch, and jubilant.”

From Hawaiian, to Fairy Tale, to Gothic or Halloween, Vegas is famed for its themed weddings. Among those Hilton captured was a Star Trek themed venue decked out in silver, where fans of the franchise would go to get married after the convention, and one of the many Elvis-themed events, usually taking place at the Graceland chapel. 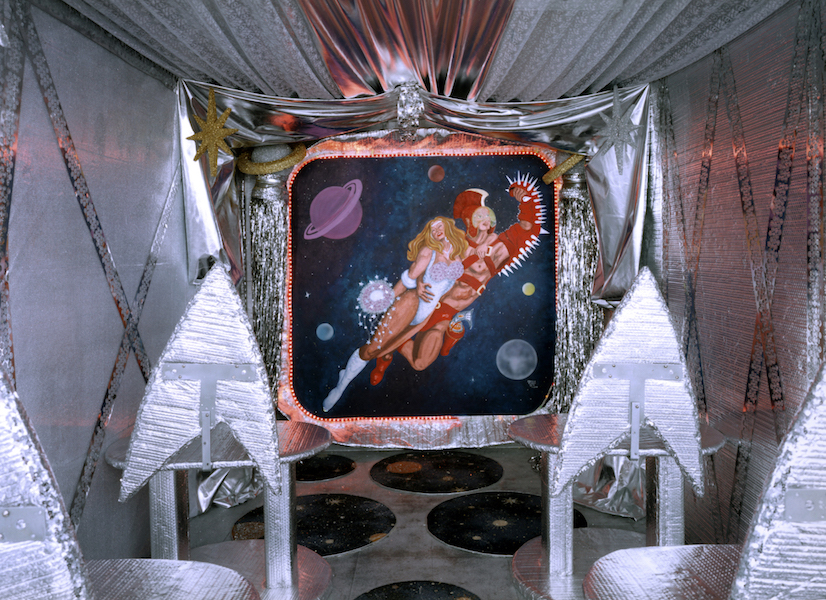 These photos of vacant chapels are now displayed as part of a new exhibition, titled For Better or For Worse, currently on display at Solaris Gallery. As Hilton explains, amid the pandemic, the photos take on a new resonance: “You’re looking at where people had all those celebrations with so many guests, often hugging and kissing. And now, that industry in particular has been damaged, badly. So the photos take on an eeriness.”

Revisiting the images decades later also prompted Hilton to reflect on the “implosion” of America, with the Financial Crash, and Trump’s presidency. “The American Dream is literally in tatters,” she says. “So now, when I’m looking at the wedding chapels, I feel they reflect that kind of isolation and disquietude… [The country] is going to have to rebuild.” 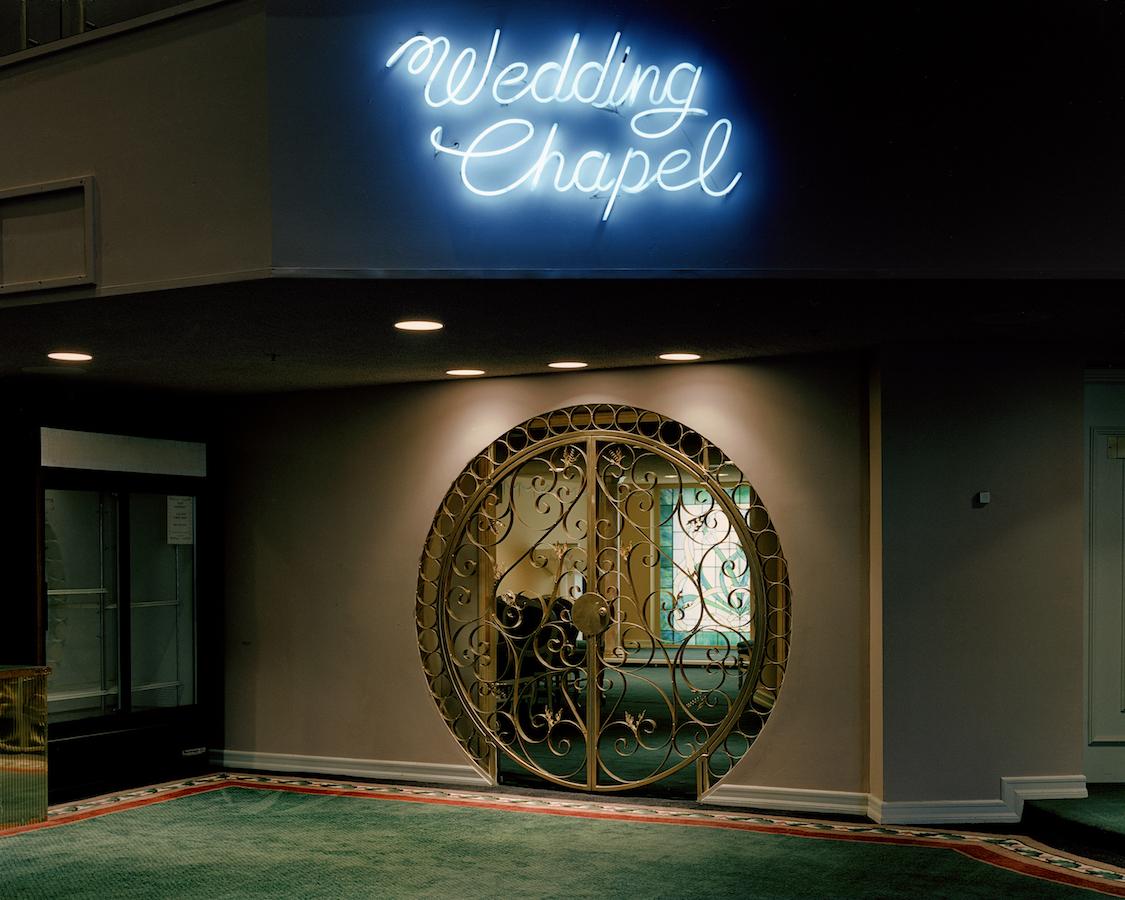 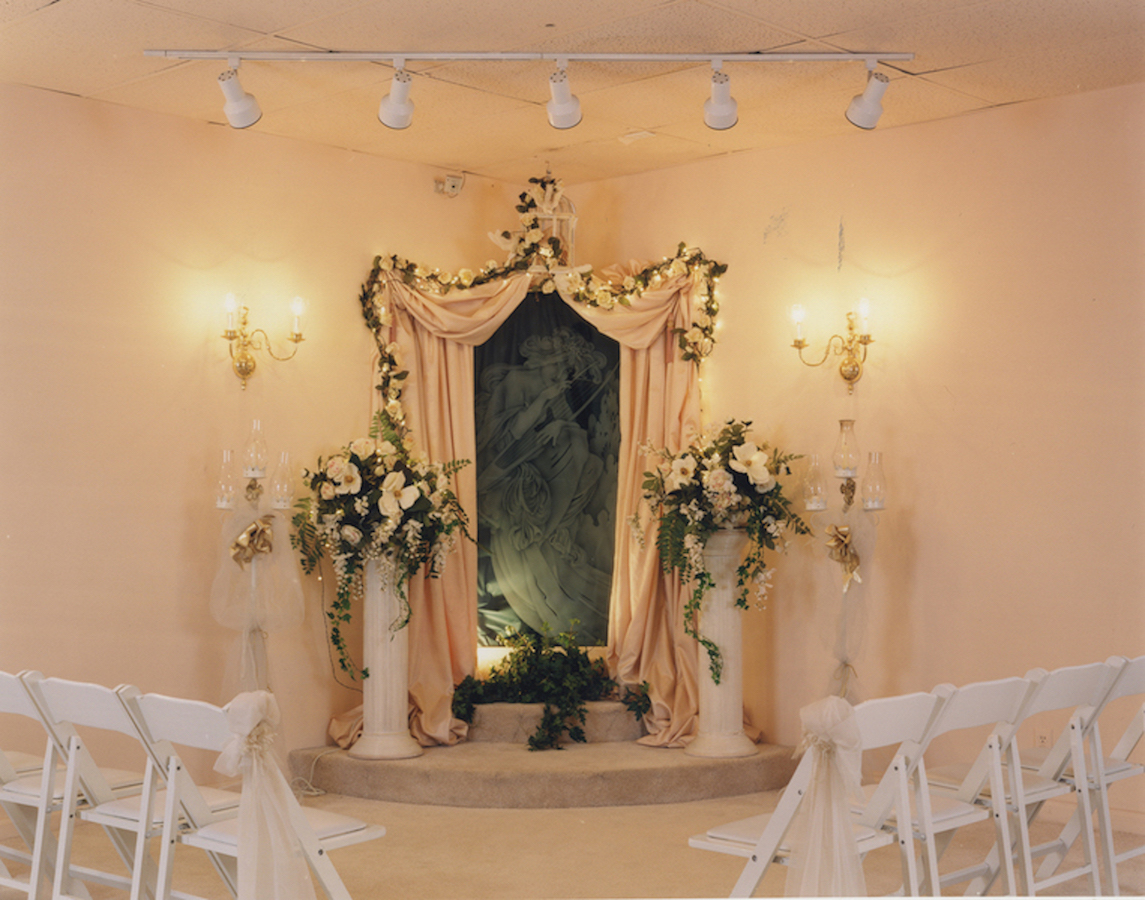 For Better or For Worse is on now at Solaris Gallery until Saturday 31st July.

Linkedin
RELATED ARTICLES
OTHER ARTICLES
From snake handlers to mardi-gras revellers, Tom “TBow” Bowden’s photos provide a snapshot of the wonderful and weird people who make up America.
Zsófia Sivák’s ongoing project documents the country’s tavern culture, preserving a once defining part of rural life.
David 'Dee' Delgado’s photo project is about honouring and uplifting the city of his youth, and a world rapidly disappearing under the relentless onslaught of gentrification.
Mass crustacean die-offs in the North East have led a community of fishermen to take action to save their seas.
The first-generation graffiti artist reflects on the tagging’s emergence as an art form and the players who pushed the medium forward.
Campaigners reflect on what the supreme court’s decision to allow buffer zones in NI means for the future of reproductive rights in the UK.