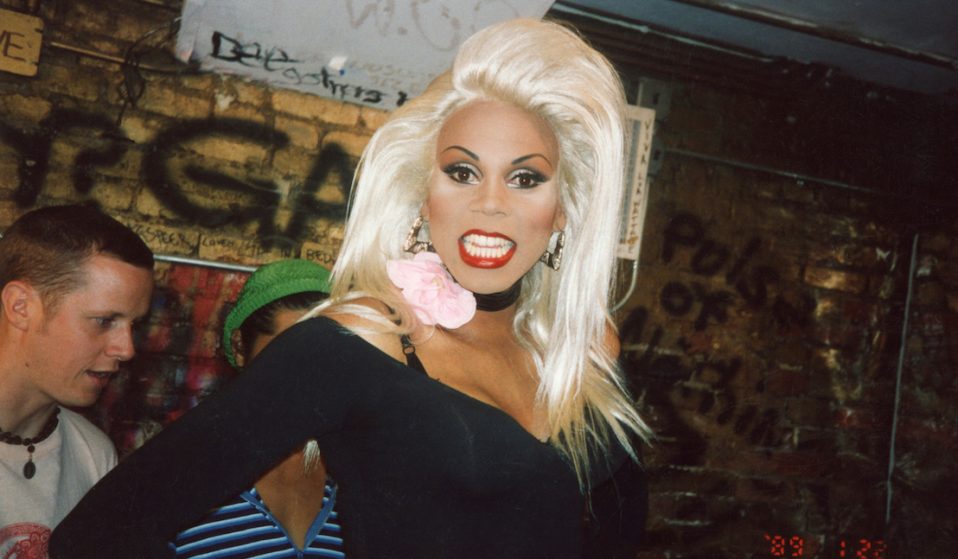 “Back then, drag was not popular. People scorned at it, straight society looked at it as perverted,” remembers Linda Simpson of living in New York in the ’80s. It was only when she discovered the East Village – where drag was both embraced and celebrated – that Linda was able to immerse herself in a flamboyant and vibrant scene.

It was a time when New York’s nightlife was thriving. Linda would go to nightclubs every week, usually showing up to the dancefloor after midnight, club-hopping through the night while snapping away on her film camera. “The music was house, and the drug was ectasy – a feel-good drug – so the atmosphere was upbeat,” Linda remembers. Linda’s photos from these nights are now collected in a new book, entitled The Drag Explosion (Domain Books).

At the time, New York was going through a crime wave, which meant that people had to be careful on the streets, Linda recalls. “Inside the clubs, it was kind of a hedonistic, wild atmosphere, because I think the police were so busy dealing with crime, that they didn’t have time or clubs weren’t much of a concern.” New York was also a lot cheaper then, which meant “you could go there, and just be fabulous,” says Linda. 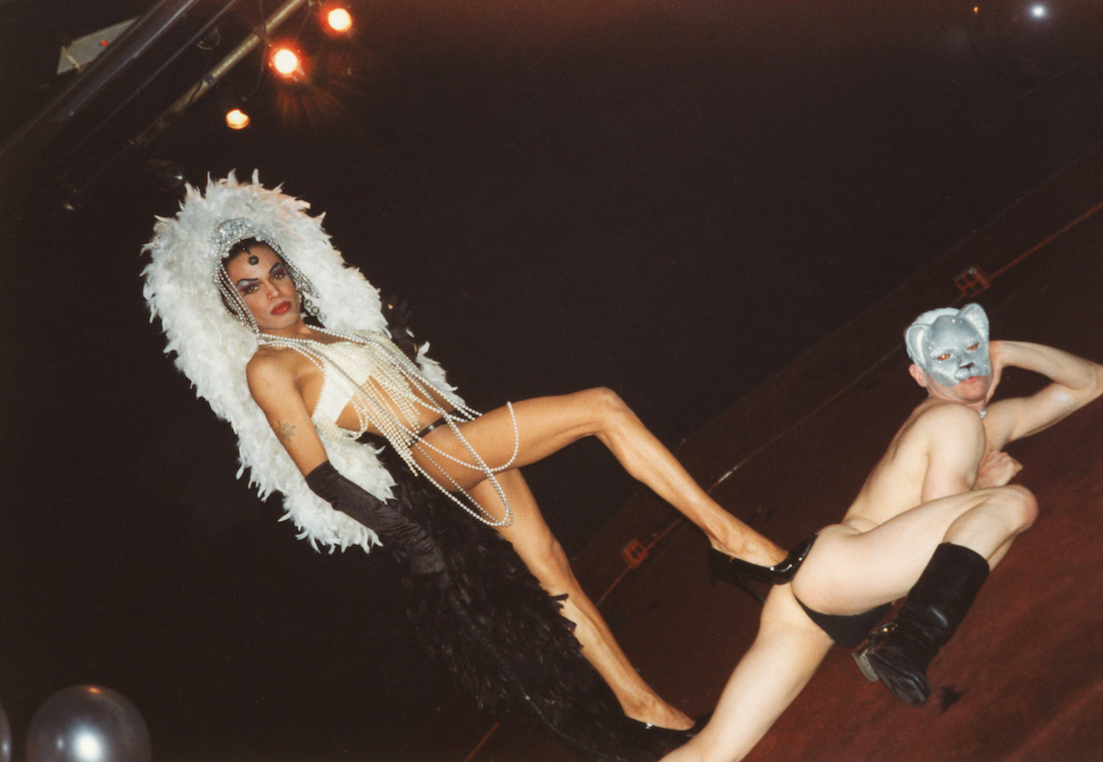 It was only after befriending a number of East-Village queens that Linda decided to take the plunge herself by creating her own drag persona. How would she describe her look? “Skimpy,” she says, simply. “One thing about women’s clothing is that you can show off a lot more, and it seemed liberating to me.”

Her chosen drag name, ‘Linda Simpson’, was far more conservative-sounding than the outlandish names chosen by her contemporaries, a reflection of the type of women she was looking to emulate. “My role models were women journalists, like Barbara Walters, or Gloria Steinem. I was definitely attracted to drag because there was so much celebration of femininity, but also women power.”

A testament to the DIY spirit which pervaded drag at the time, Linda says she’d assembled her look from shopping at thrift stores, drugstore make-up and discount wigs. While having perfect make-up wasn’t important, “There was a lot of emphasis on people creating their own personalities, rather than just impersonating,” says Linda. Because drag was still relatively obscure at the time, it meant getting seriously creative with the options available in women’s department stores. 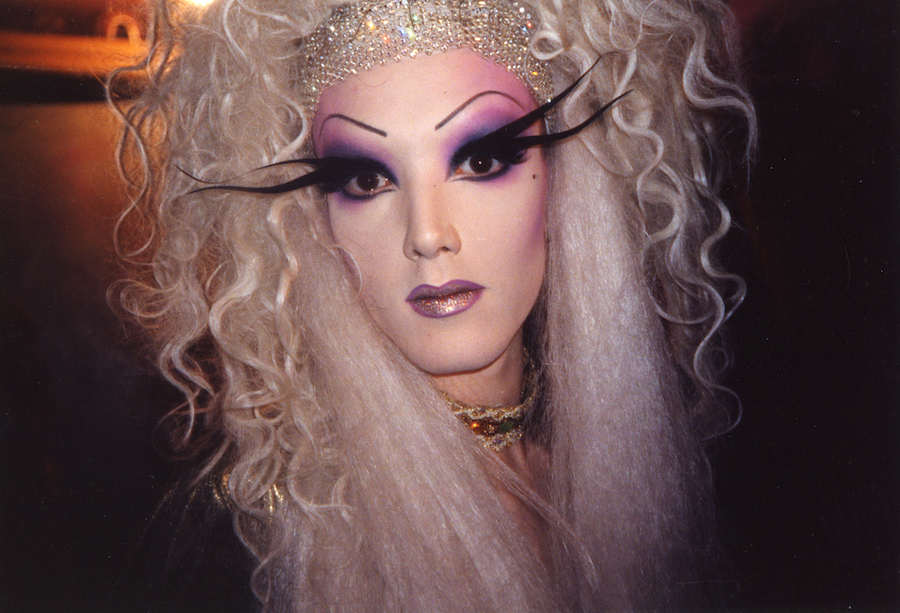 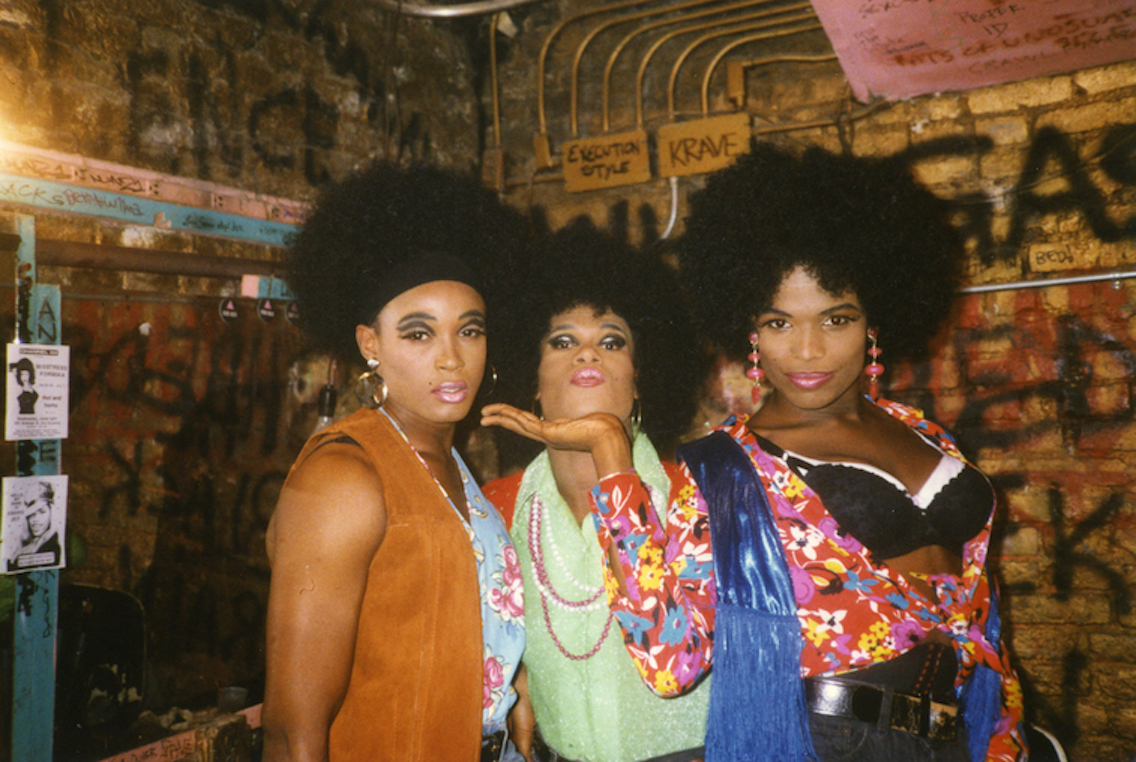 Simpson would often frequent the Pyramid Club, dancing alongside Ru Paul. Did she ever foresee how famous Ru would become? “She always gave off a star quality,” she says. “But no, I didn’t think she’d reach the heights of success she has, especially back then, there really weren’t that many places for drag queens to go in terms of elevating their career. Ru definitely broke down a lot of doors.”

While a joyful and colourful time, it was also a period marked by immense loss and fear. Simpson lost many friends to AIDS, “which was bad enough,” she says, “but that also spawned so much homophobia. It was a very charged time. There were a lot of people who did not appreciate drag and wanted to hurt you. So, it was a little frightening in that regard.” Looking back at her photographs now, she says she is filled with a “mixture of joy and melancholy”.

It was also a relatively short-lived period; both New York’s nightlife and the city’s drag scene look entirely different now. Mayor Giuliani – with his emphasis on ‘Law and Order’ – decimated the city’s nightlife, ignoring its vital role in pumping money and creative excitement into the city.

Drag itself has also transformed, transcending the underground and bursting onto the mainstream. While Simpson says she feels nostalgic for days gone by, she is grateful for the opportunities it has afforded drag queens. “Some queens grumble about the mainstreaming of drag, but I think you have to go with the flow,” she says. “That is the beauty of drag: anyone can do it.” 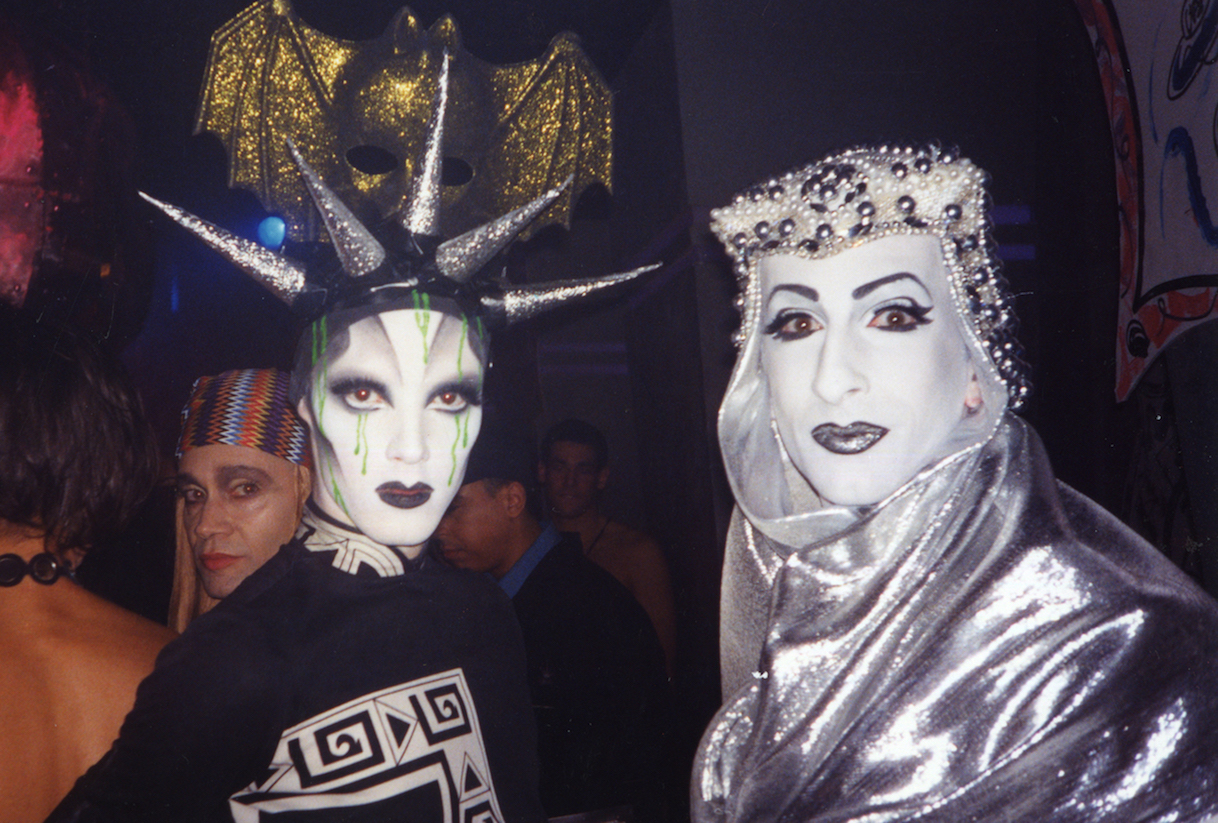 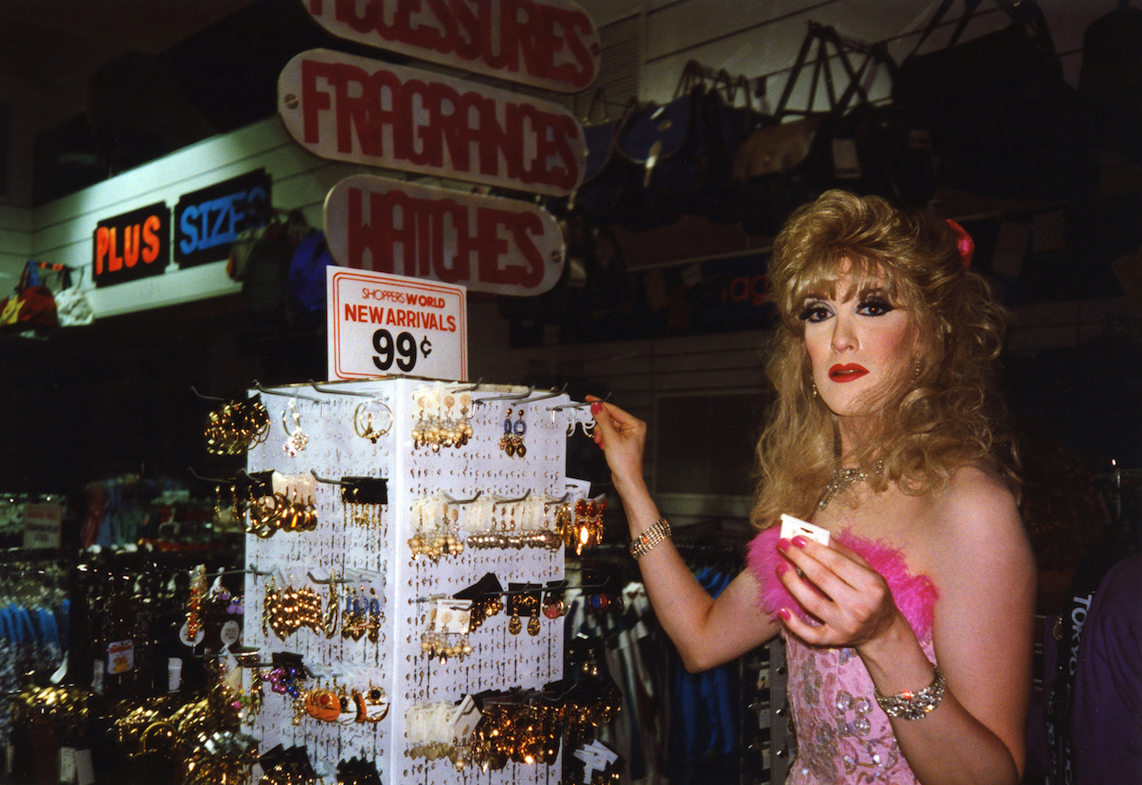 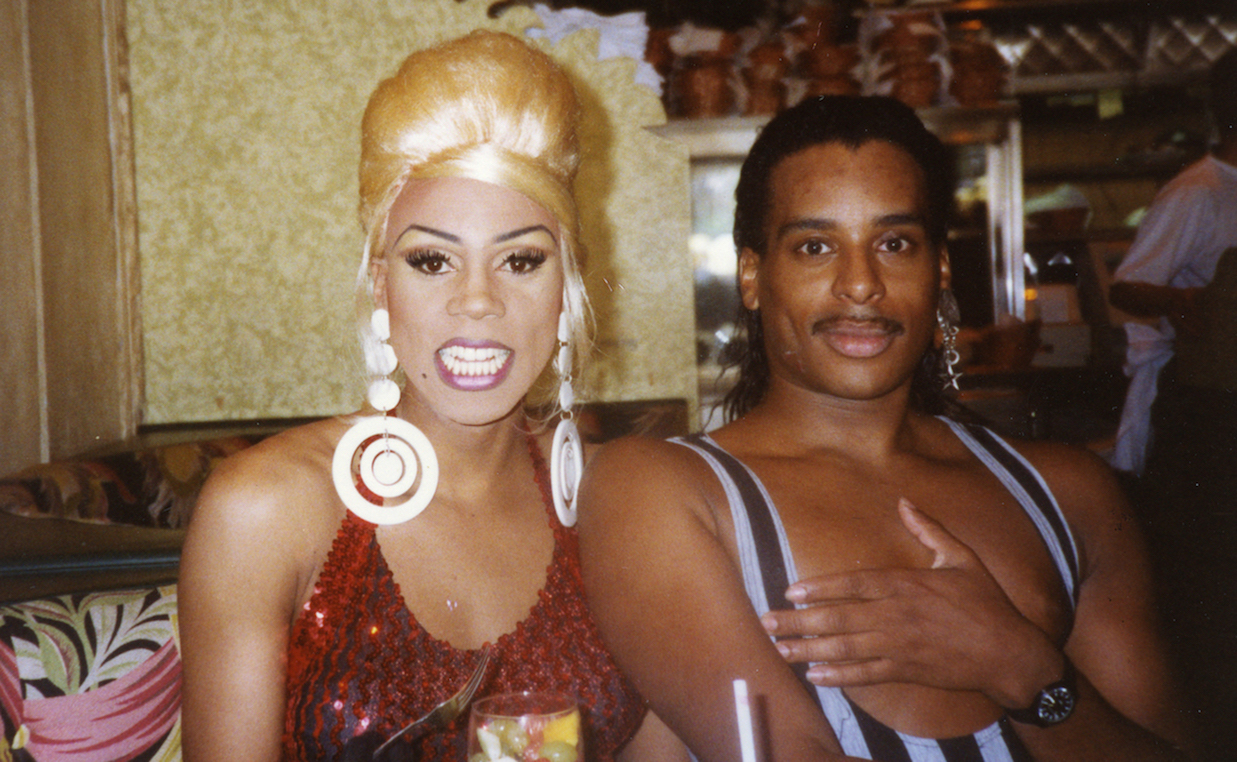 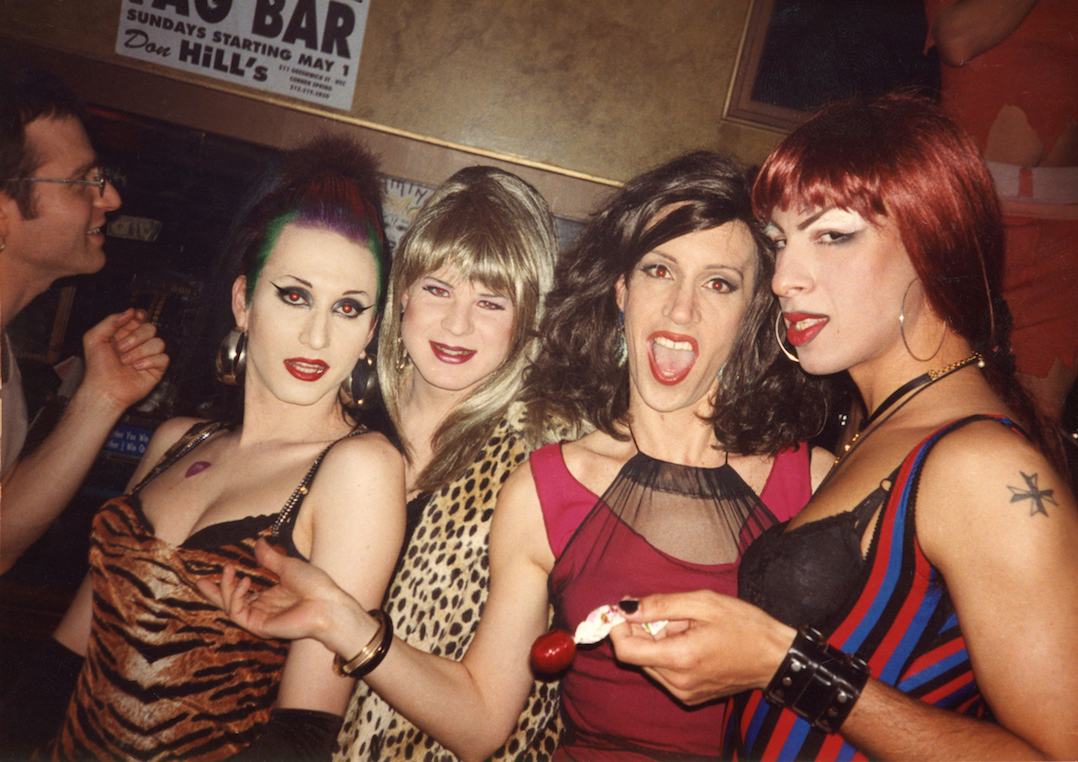 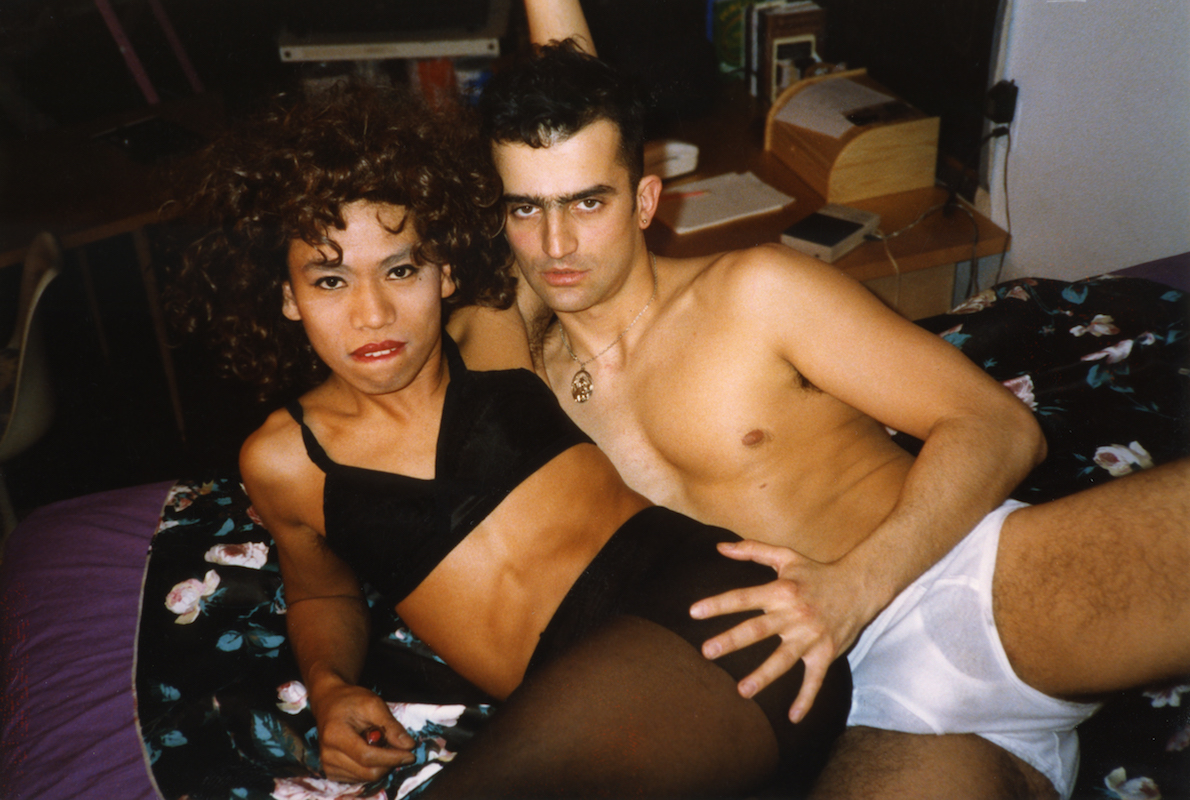 Drag Explosion is out now on Domain Books.

Linkedin
RELATED ARTICLES
OTHER ARTICLES
Following the release of his latest album God Don’t Make Mistakes, the rapper talks horror villains, police brutality and being unafraid to show his vulnerable side.
Over the weekend, London locals came together to resist a pre-planned police raid targeting delivery drivers.
The group’s leader and cofounder Randy Savvy talks nurturing the next generation of riders and keeping Black cowboy culture alive.
Following the release of his newly republished 1991 book, Redheads, the American photographer reflects on his celebration of ginger people and their magnetic power.
A group of Ukrainians living in Poland are helping Ukraine withstand Russia’s brutal invasion by buying supplies and shipping them directly to the war’s frontlines.
Members of the collective share some of their reasons to run as part of #UnitedBySummits, a campaign that looks to uncover transformative power of the outdoors.